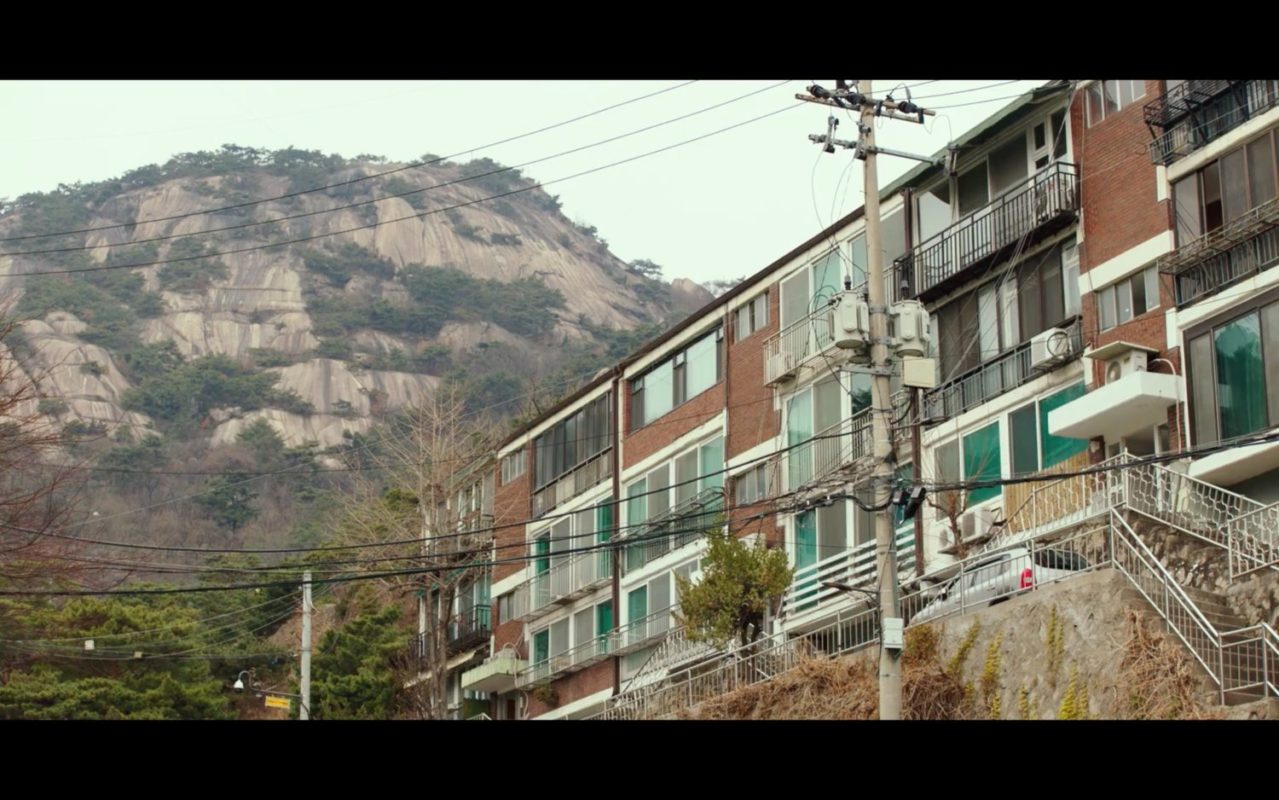 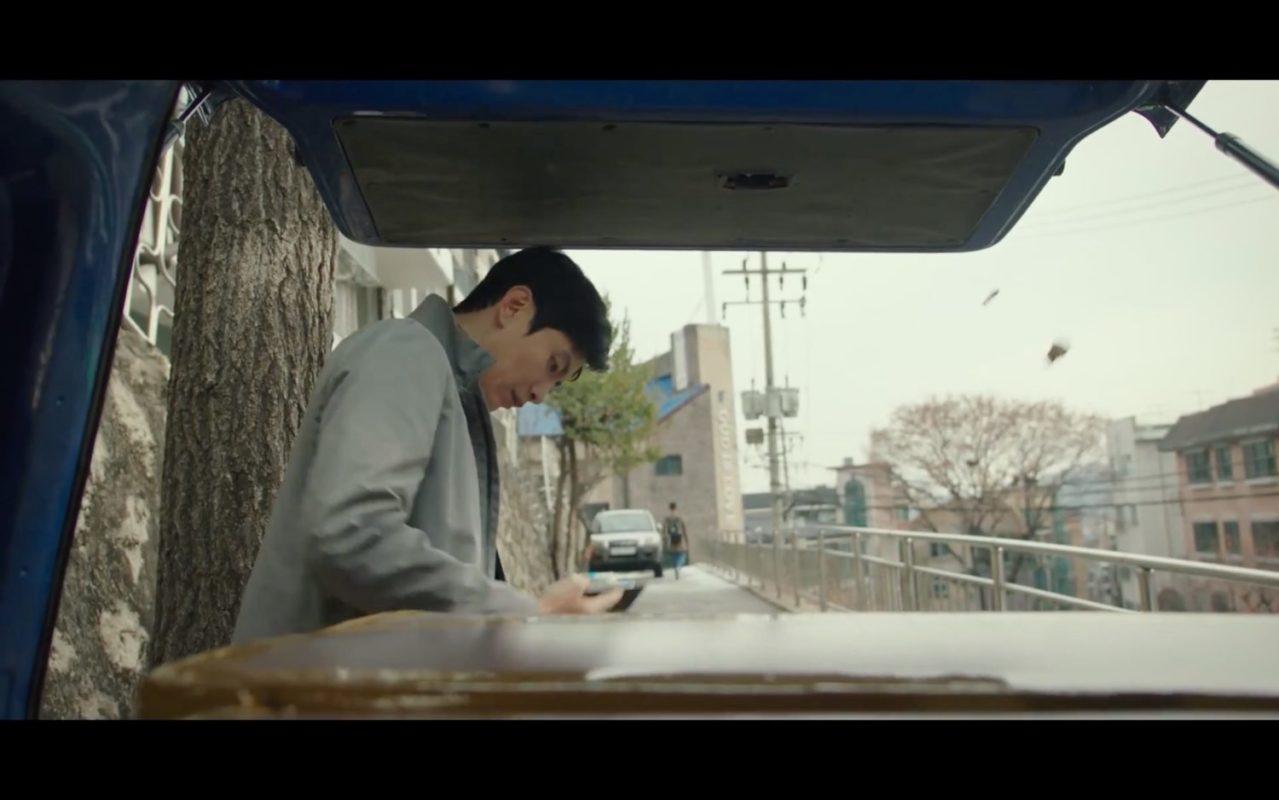 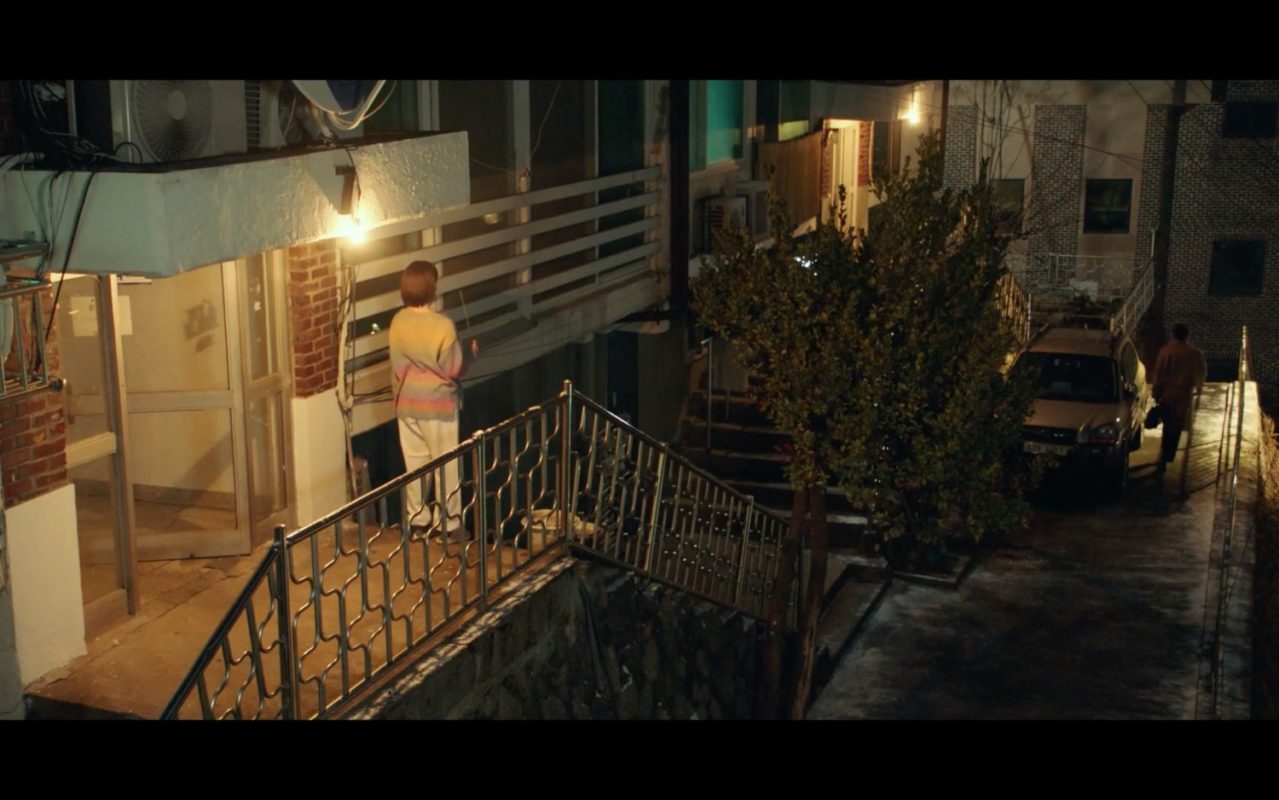 This is the building where the three siblings Yeom Mi-jeong (Kim Ji-won), Yeom Chang-hee (Lee Min-ki) and Yeom Ki-jeong (Lee El) rent out an apartment after moving to Seoul in My Liberation Notes/My Liberation Diary (나의 해방일지/나의 解放日誌) (JTBS, 2022); as seen, for instance, in episodes 15 and 16. They live in No. 7, seen when a drunk Jo Tae-hoon (Lee Ki-woo) brings Ki-jeong a token of his love late at night in final episode 16.

— Architectural Exploration House (건축탐구 집) (EBS1, March 2022). This complex was featured in this program’s episode “We Bought an Old Villa (우리는 오래된 빌라를 샀다).” The topic of this episode was “the special story of old villas with infinite possibilities and people who transformed”. 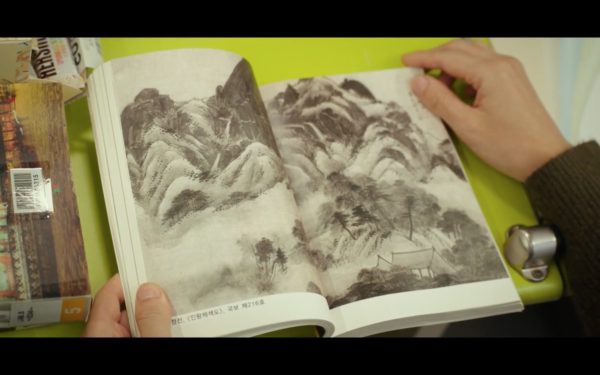 When Yeom Chang-hee (Lee Min-ki) reads a book on Seoul at work in episode 15 of My Liberation Notes, a reproduction of the landscape painting Inwangjesaekdo (South Korean’s 216th National Treasure) by Jeong Seon (정선/鄭敾, 1676–1759) catches his attention. The painting depicts Inwang Mountain, located just behind this apartment complex, where he lives in the drama. He tells his coworker: “When I saw ink paintings in art books in school, I’d wonder: ‘Is this China? North Korea?’ I’ve never seen mountains like these. All the paintings from the Joseon era are of rocky mountains. When I moved here, I realized: ‘So this is where they were. Jeong Seon just painted what was in his back garden at the time.’ The mountains of Gyeonggi [region in South Korea where Chang-hee grew up] were green and covered in shrubs. Weirdly, these rocky mountains can only be found in Gangbuk; not south of the Han River.”

Just behind this complex are the remains of Ogin Model Apartments/Ogin Sibeom Apartments [옥인시범아파트]. Originally built in 1971 as part of the government’s plan to solve the post-war housing shortage and to get rid of unlicensed shanty towns, the 9-block complex was “built on both the right and left side of the valley”, which sacrificed the surrounding scenery. It was eventually demolished in 2012 and the area was restored as Suseong-dong Valley Park [수성동계곡].