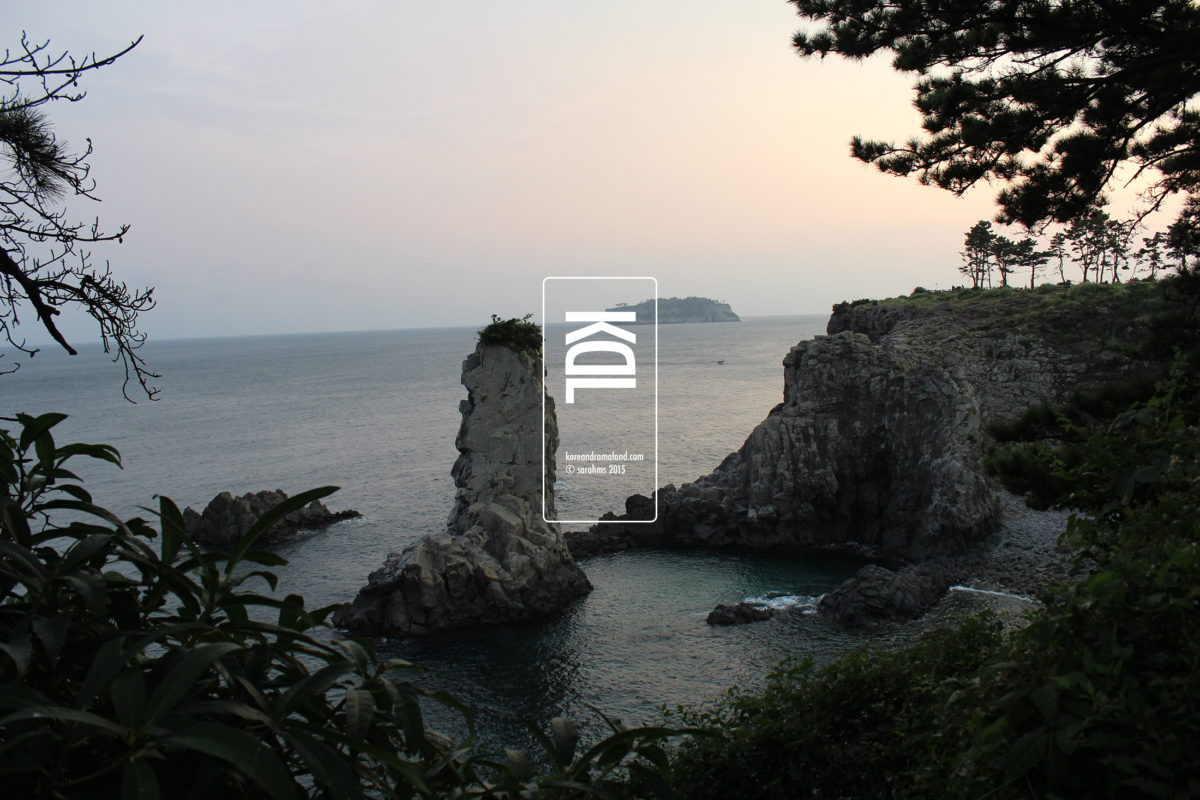 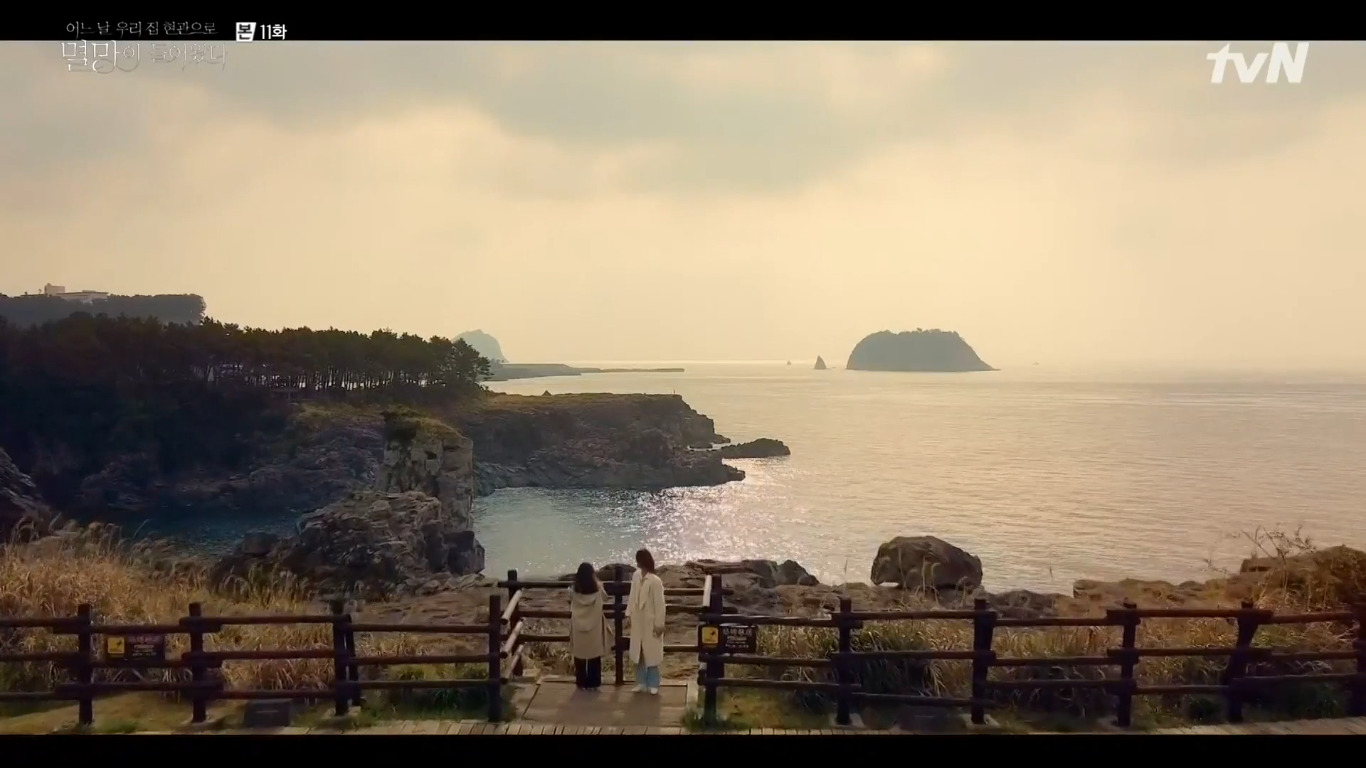 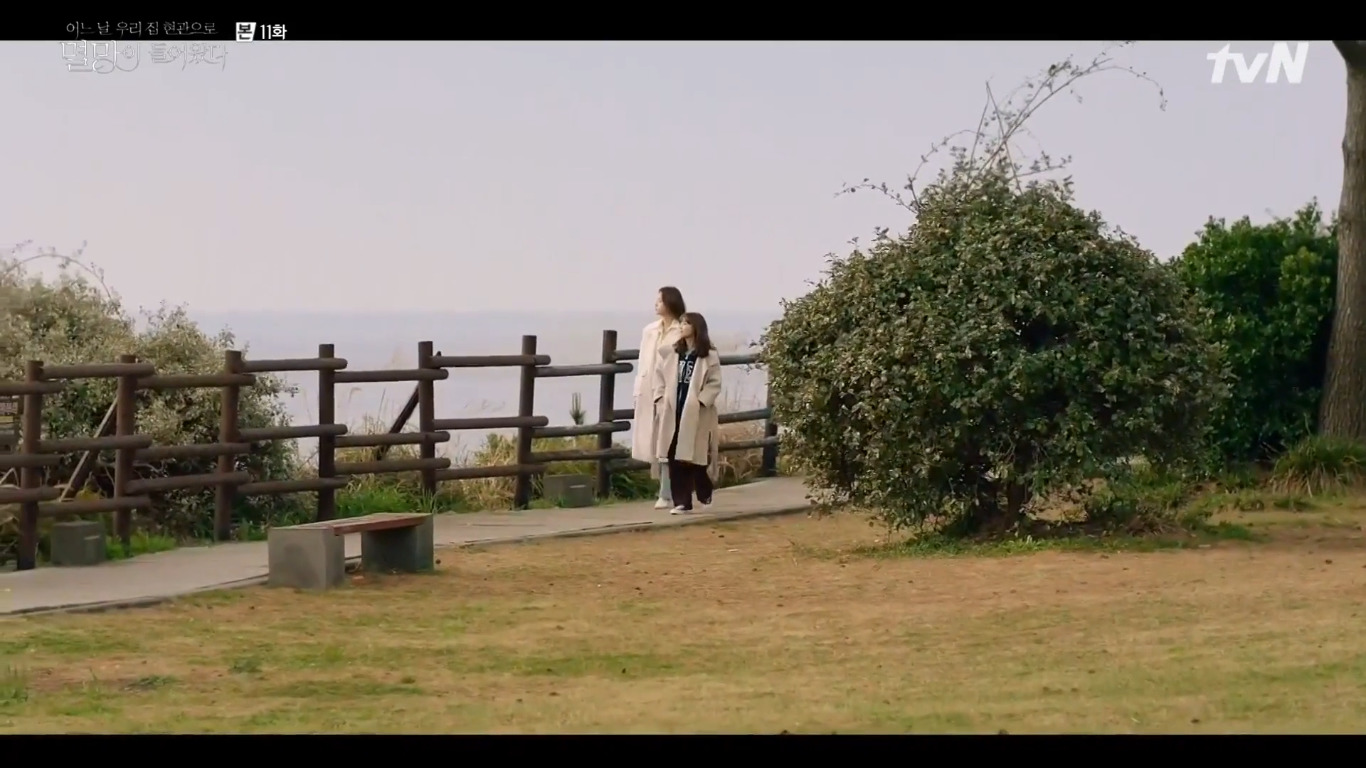 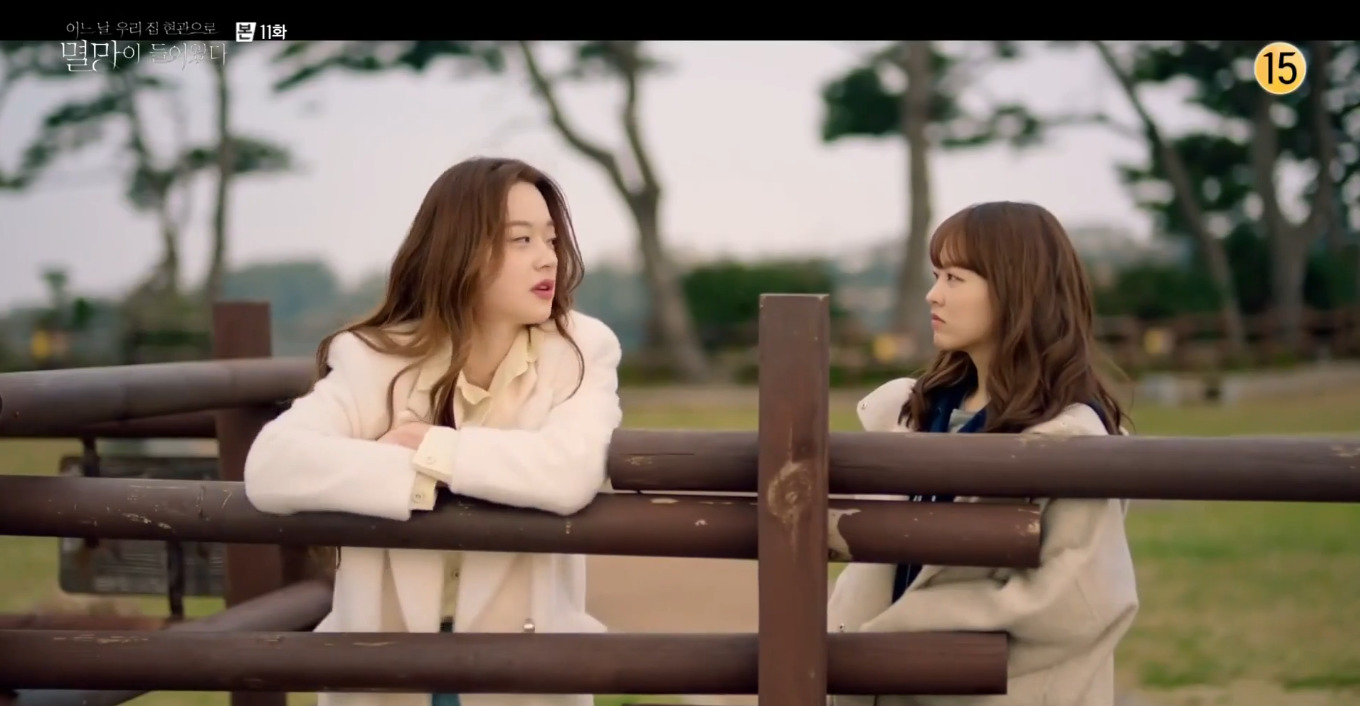 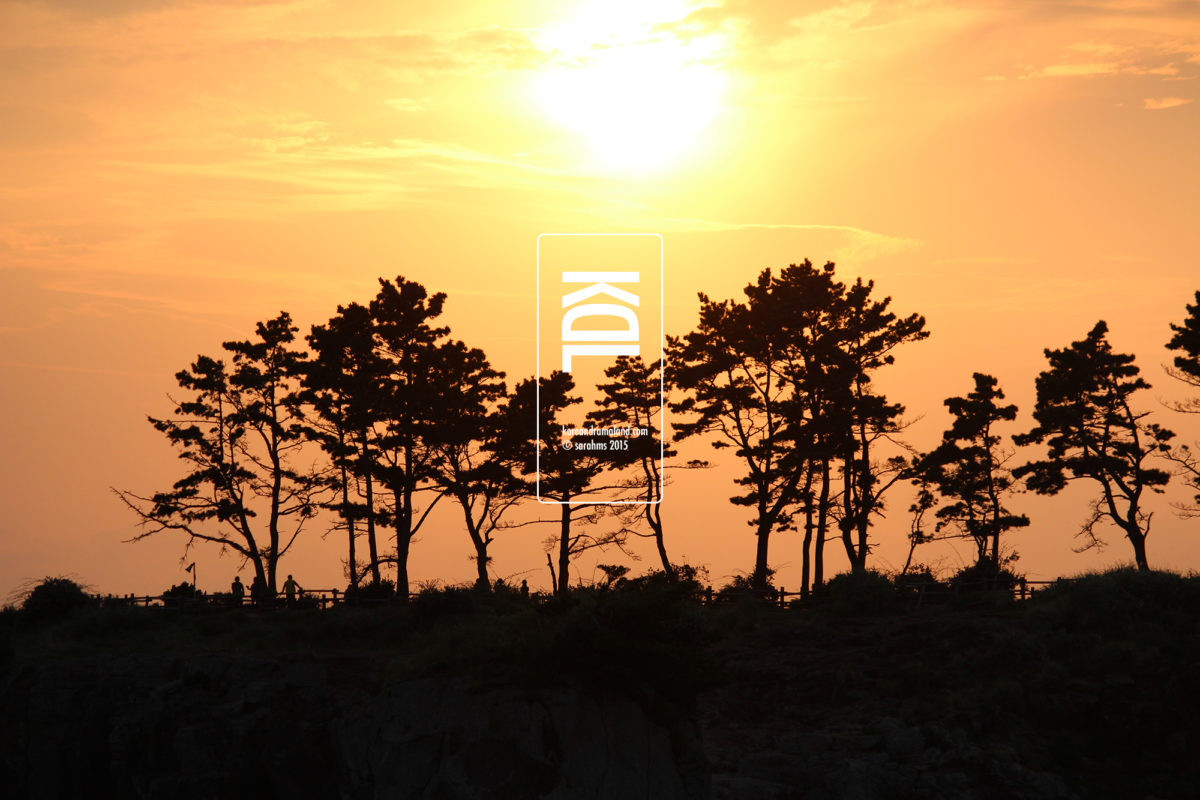 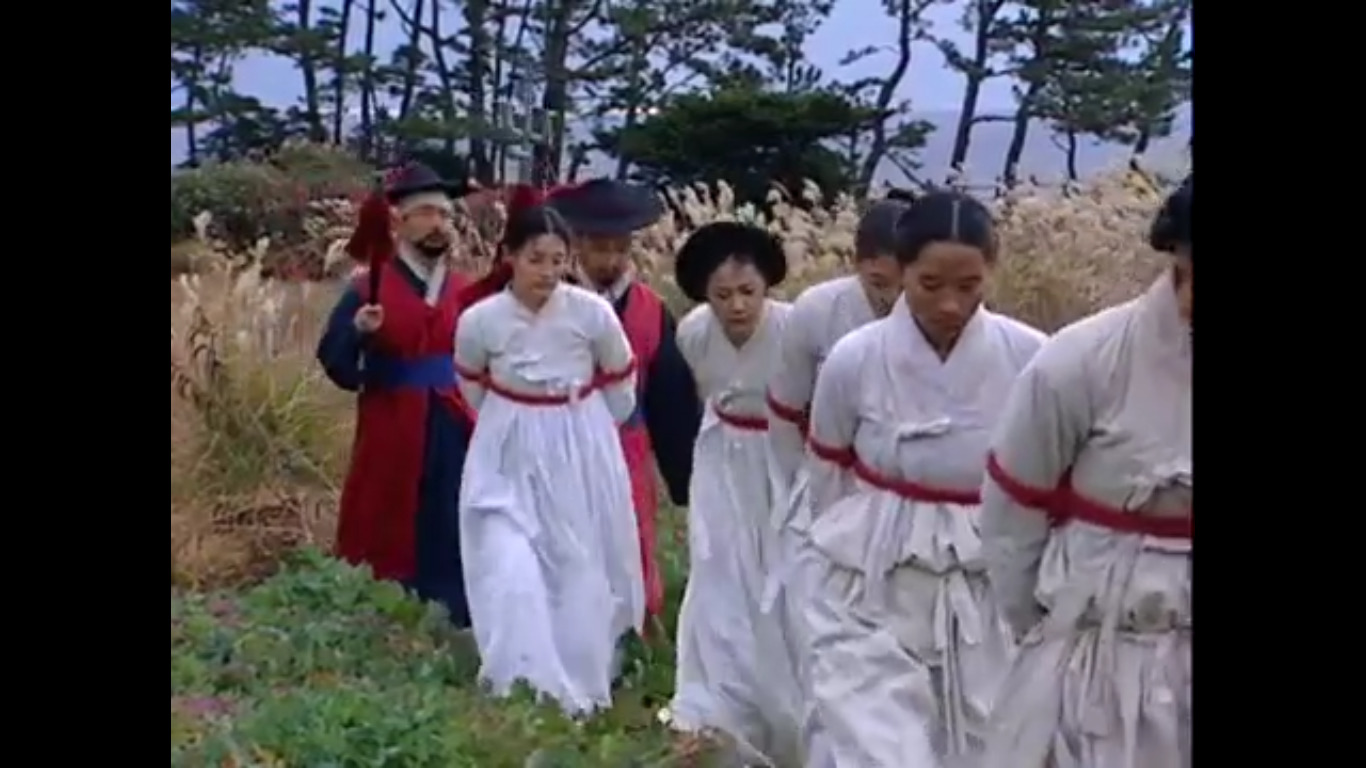 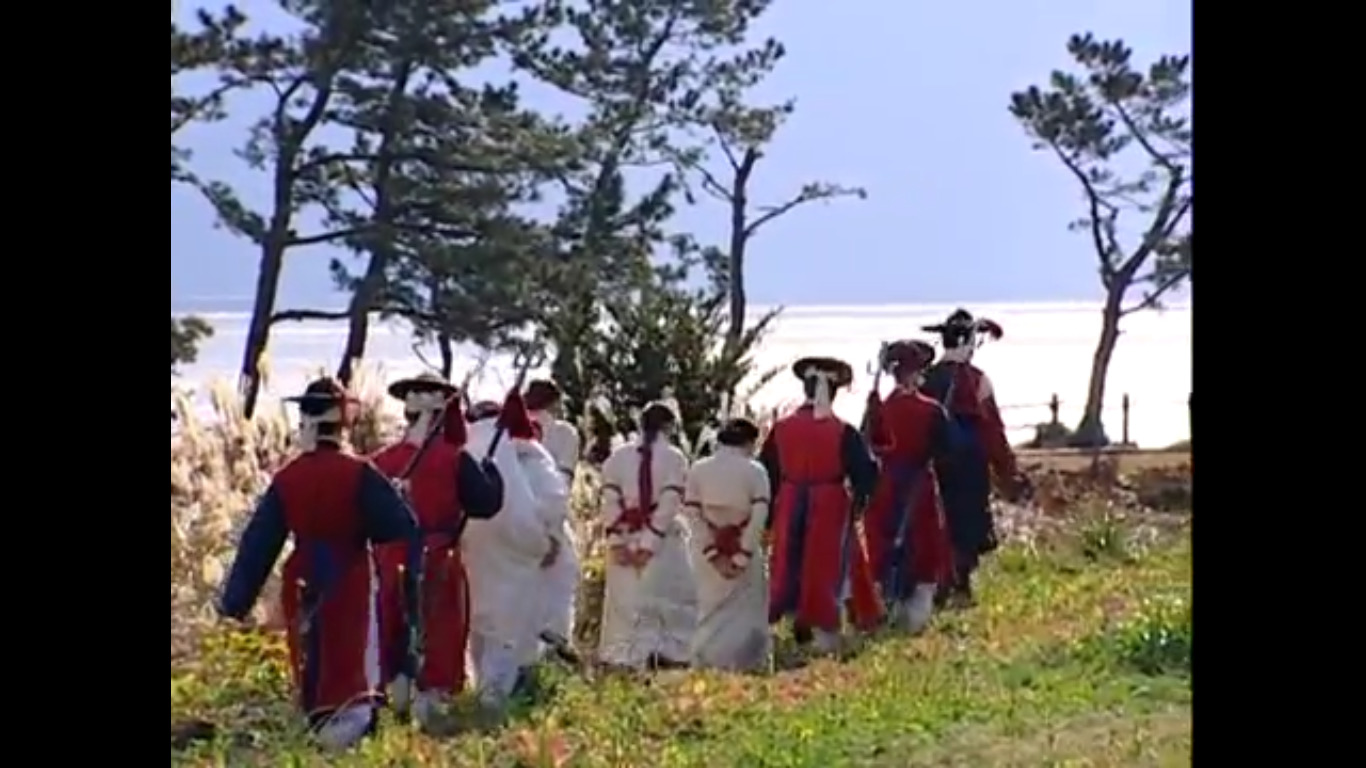 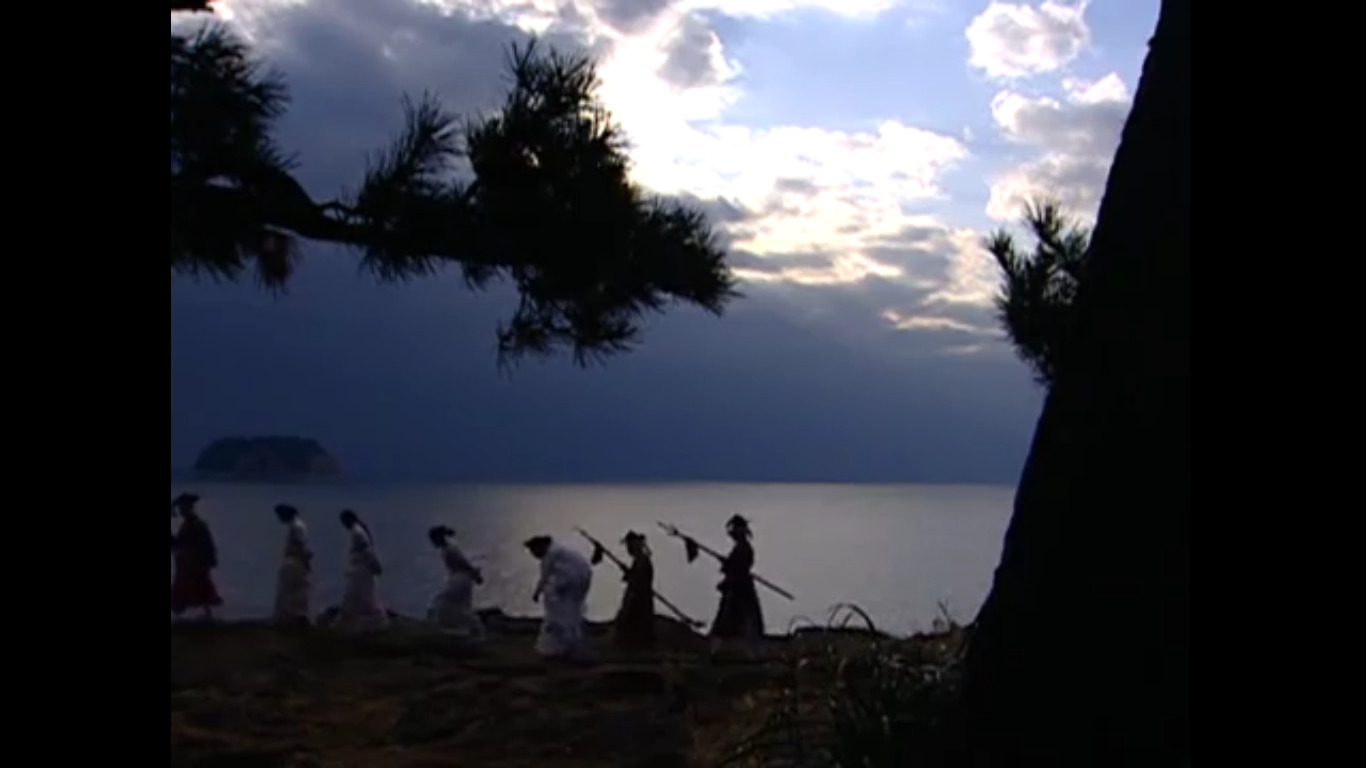 A few days after she runs away to Jeju-do, Dong-kyung’s (Park Bo-young) family and friend arrive after being contacted by Myeol-mang (Seo In-guk) in episode 11 of Doom at Your Service/Destruction Doom (어느 날 우리 집 현관으로 멸망이 들어왔다) (tvN, 2021). Dong-kyung spends some time with best friend Ji-na (Shin Do-hyun), walking along the trail and stopping at the lookout for this landmark to take a selca (selfie). She questions her attempt to run away, “I thought I ran away, but after arriving, I realised everything I love is here.” Ji-na won’t run away with her, but promises to always be by her side, fighting. Ji-na confesses that she is dating Hyun-kyu again, but Dong-kyung questions her, because doesn’t she like Cha Jo-ik from her work? Ji-na insists that’s not true. Meanwhile, Myeol-mang watches over them from a nearby cliff.

In episode 27 of Jewel in the Palace / Dae Jang Geum (대장금) (MBC, 2003-2004) Court Lady Choi plots to become the supervisor of all the Palace kitchens, and poisons the duck meal that Court Lady Han (Yang Mi-kyung) and Jang Geum (Lee Young-ae) prepare for King Jungjong, who falls ill after eating. Charged with high treason, the two women are beaten and exiled to Jeju-do, however on the journey Han becomes ill. Jang Geum carries her on her back, through the reed fields and along the path on the top of the sea cliff, but sadly, her mentor passes away.

Oedolgae Rock [외돌개], or Independence Rock (named because it stands alone) is an eroded, volcanic basalt rock sea stack just off the Chilshipri coast near Sammaebong Peak [삼매봉] in Seogwipo’s neighborhood Seohong [Seohong-dong/서홍동] on Jeju Island. It is approximately 20 meters high, and has a circumference of 8–10 meters. The park adjacent to the rock is a popular place for watching sunrise and sunset over the nearby islands, Beom and Sae.

Legend states that the rock was originally an old woman, waiting for her husband to return from fishing in bad weather. He drowned, but she continued to wait patiently on the shore, and was turned to stone. This is why the rock is also called Halmangbawi (Grandmother Rock). Another name is “General Rock”, when Goryeo general Choi Young “dressed” the rock in military clothing to scare away invading soldiers from Mongolia. Oedolgae is designated Historical Site no. 79, and is situated on the Jeju Olle Trail 7 Course, the trail which has been voted the most scenic, due to spectacular cliffs and ocean views.

From Seogwipo Intercity Bus Terminal [서귀포시외버스터미널] by Bus
➜ Take Bus #281 and get off at ‘Namseong Village Entrance [남성마을입구]’ bus stop, 6 stops.
➜ Turn right into Namseong-ro [남성로] and walk to Oedolgae Rock car park, 10 minutes,
➜ Then follow the trail to Oedolgae.
or
Walk along the Olle trail to Oedolgae, from Seogwipo, mainly though parkland and along cliffs.
You may see dolphins!
(3 kms, 45 minutes)