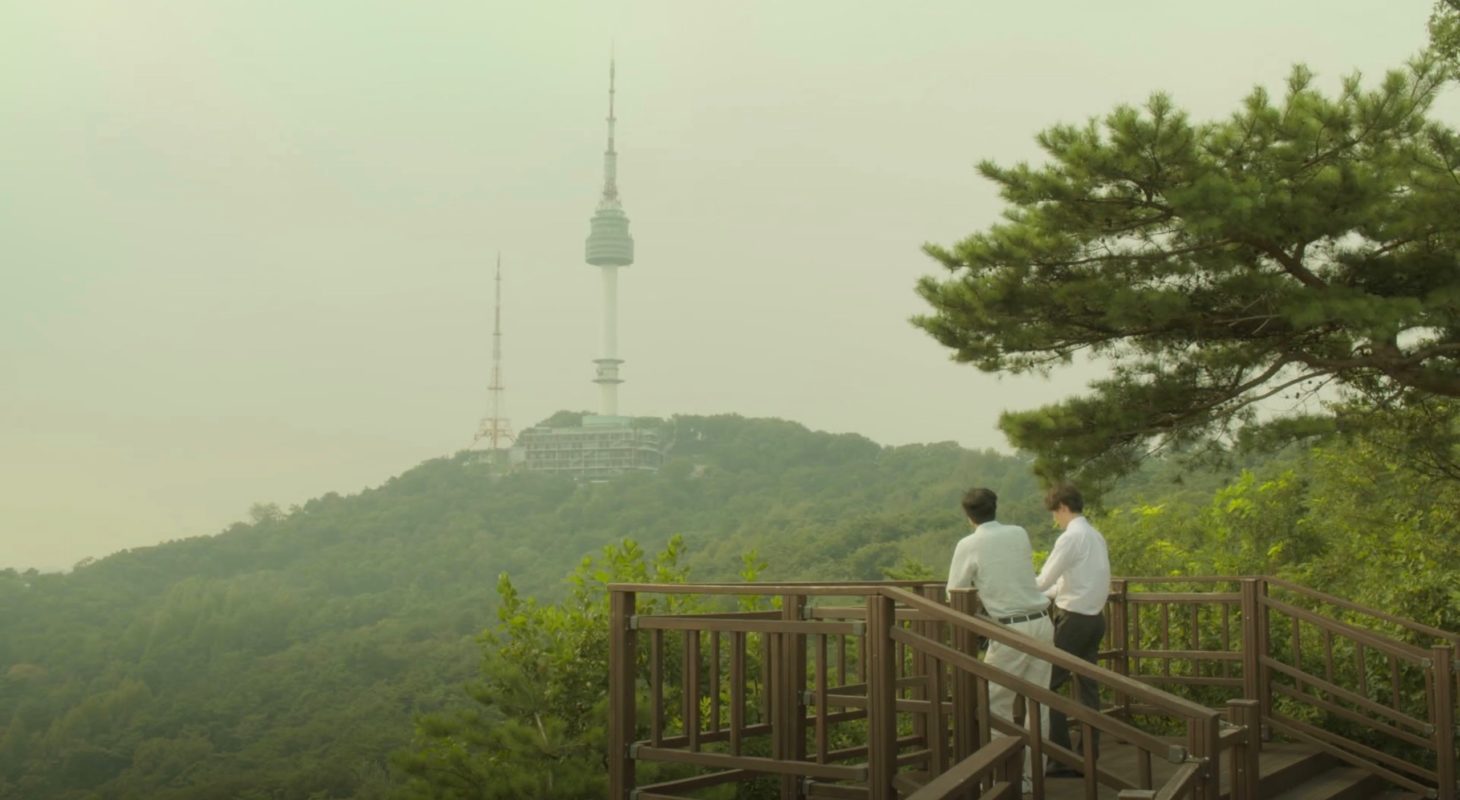 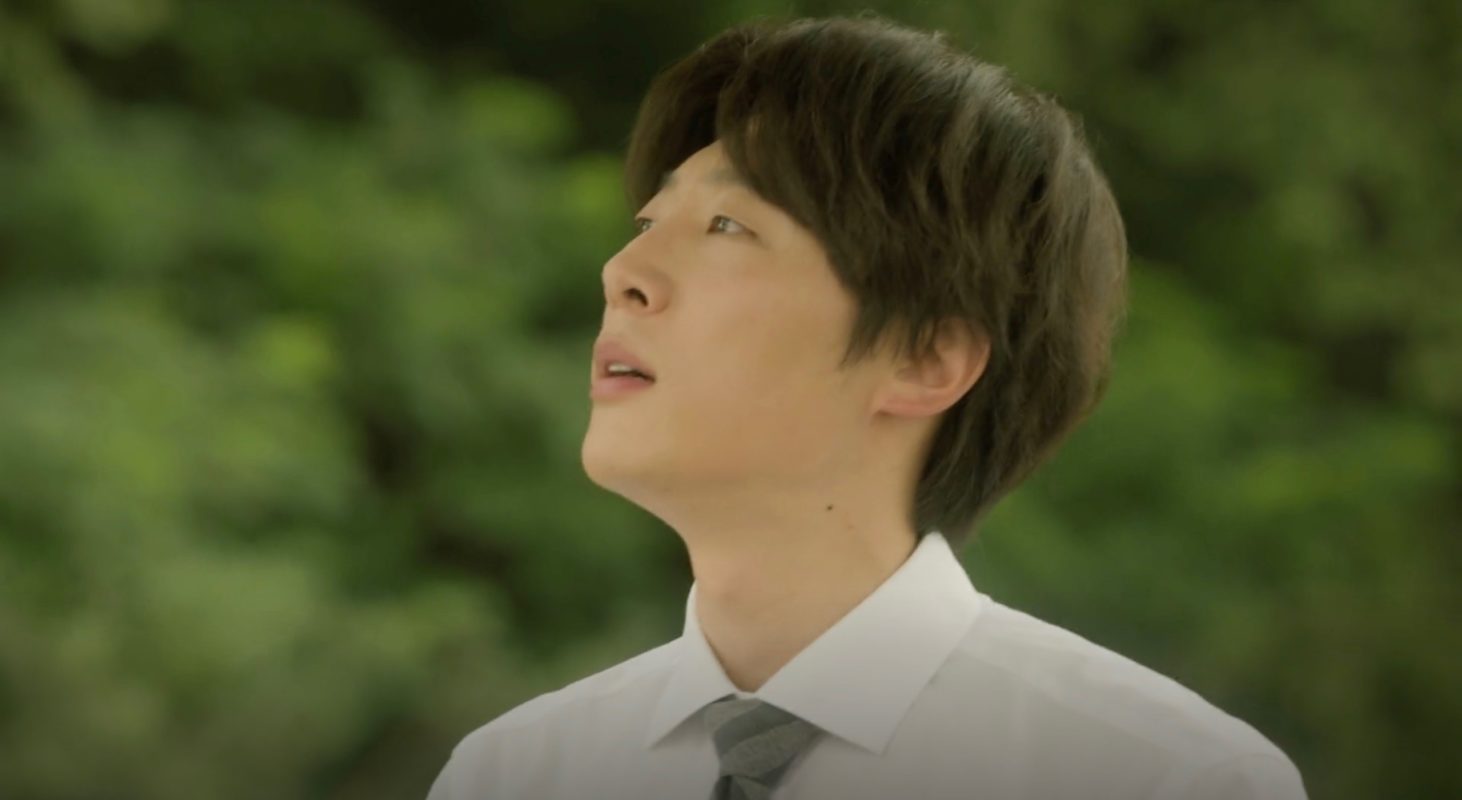 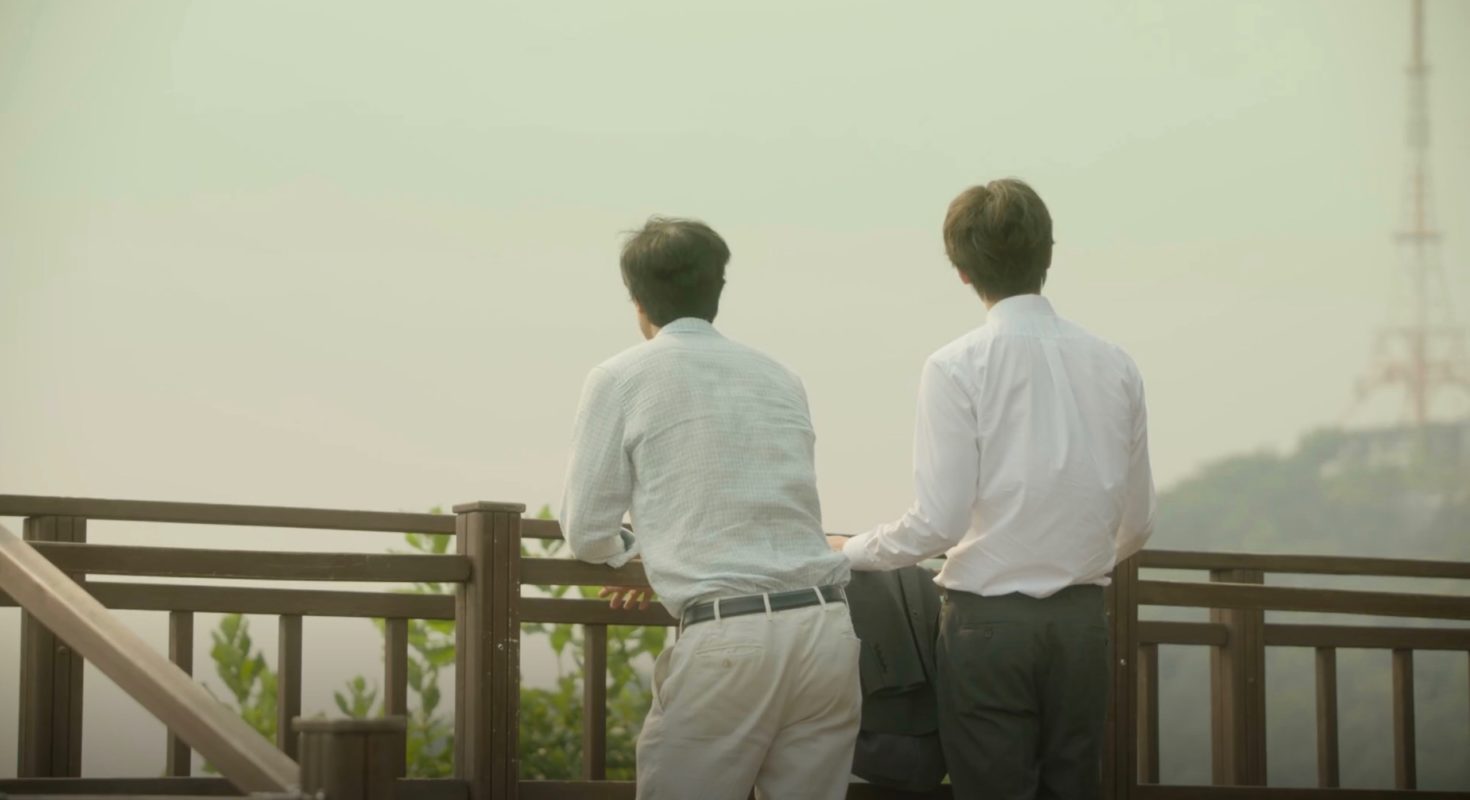 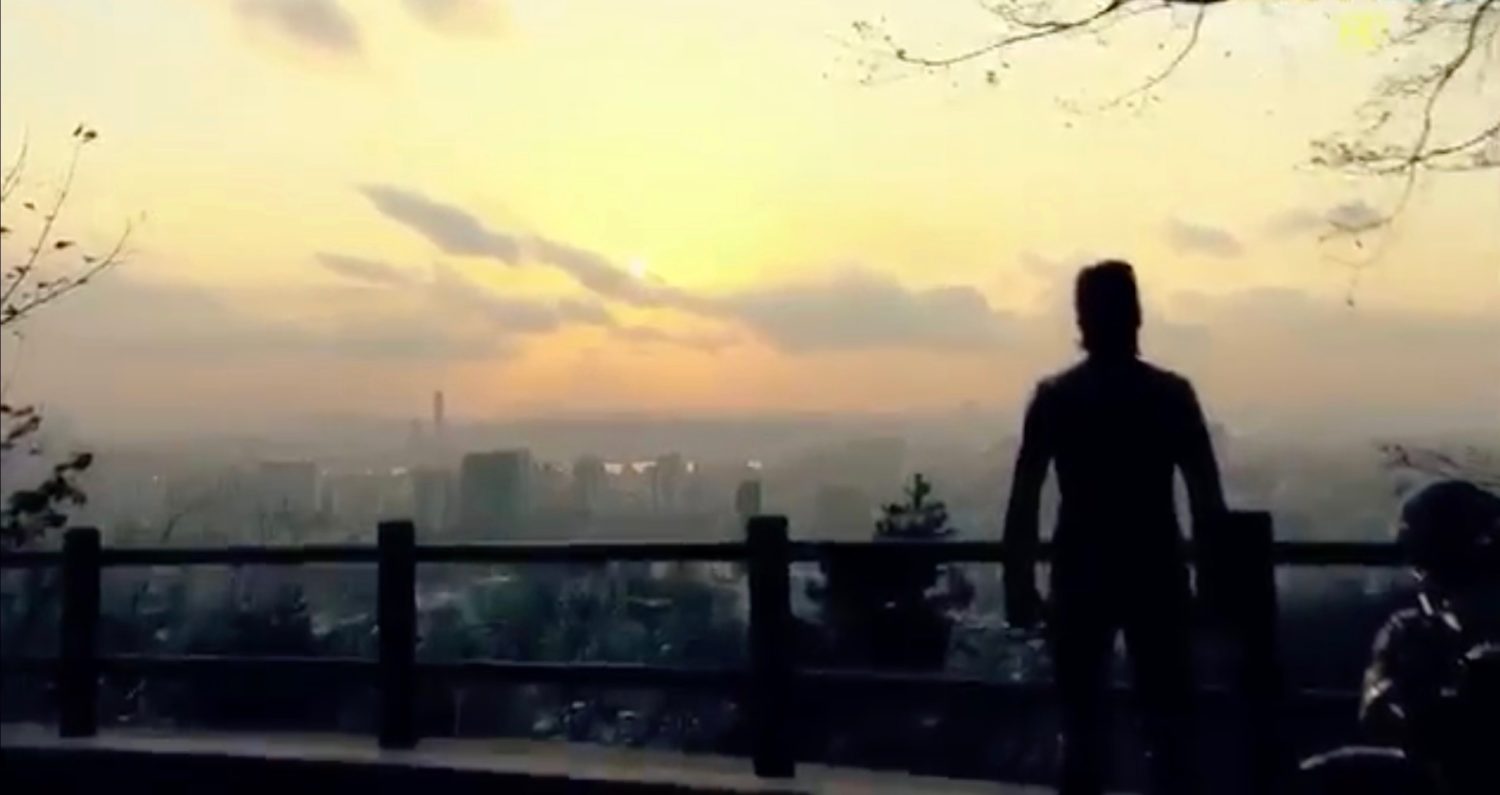 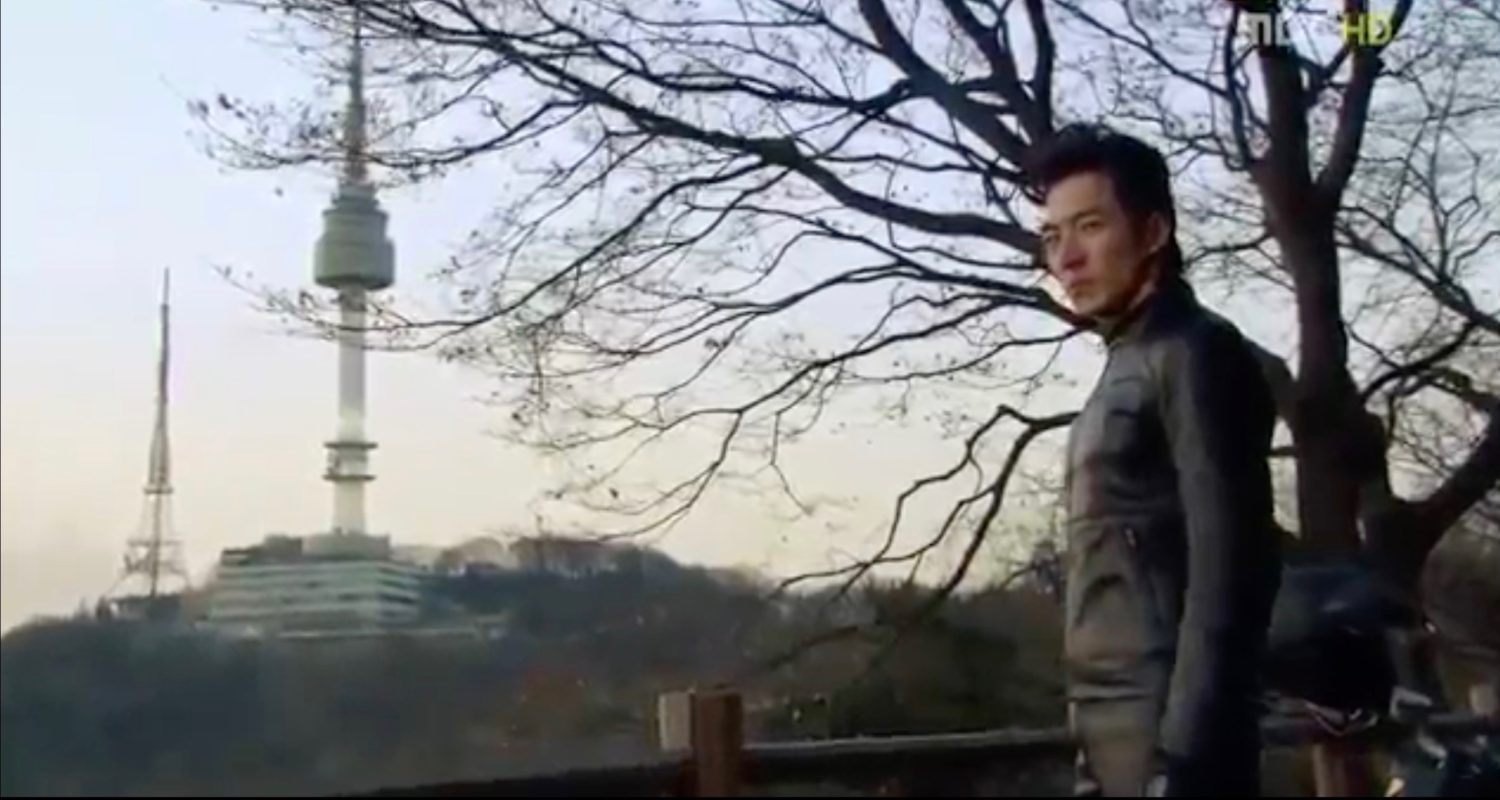 After walking around Seoul with his good friend Kang Seok (Kim Young-Joon) and deciding that he will stay in Seoul, Cha Hyun-o (Shin Hyun-Soo) and Kang Seok come here in episode 4 of Twelve Nights/12 Nights (열두밤) (Channel A, 2018). Kang Seok shares that he knows well Hyun-o’s situation as he had also promised with a women to meet up again in Seoul after a year has passed.

When returning to Seoul, Michael King / Choi Kang-ta (Song Il-gook) drives up to this platform with his motorcycle in episode 2 of A Man Called God (신이라 불리운 사나이) (MBC, 2010) — he contemplates Seoul a few steps along the road from here.

This observation platform is situated on Namsan Mountain [남산공원], with an exceptional view on Namsan Tower aka N Seoul Tower [N서울타워]. The platform is located in Seoul’s neighborhood Itaewon [Itaewon-dong/이태원동] in the Yongsan District [Yongsan-gu/용산구]. It can be reached by a trail from Namsan Tower.

Getting here
Get directions here