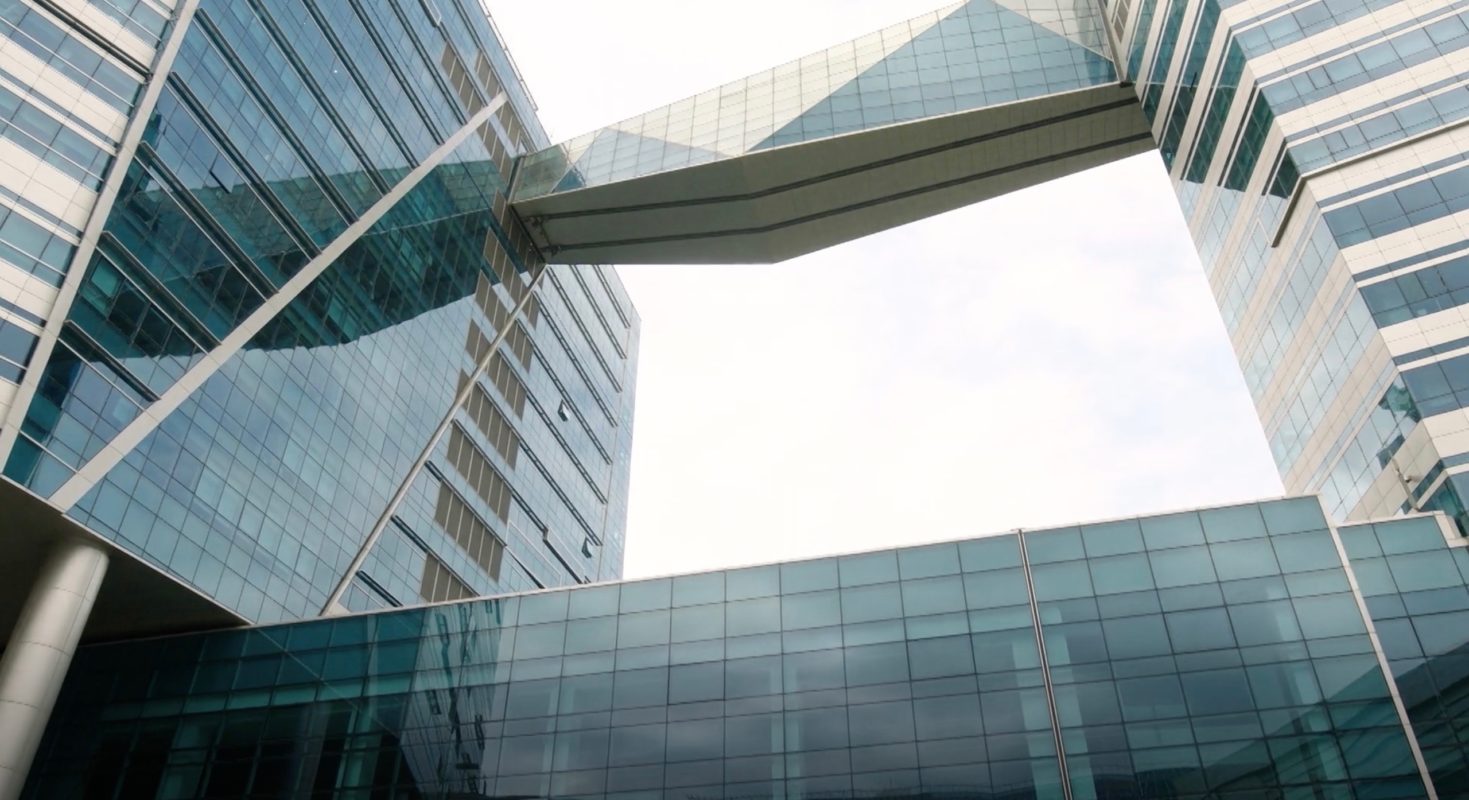 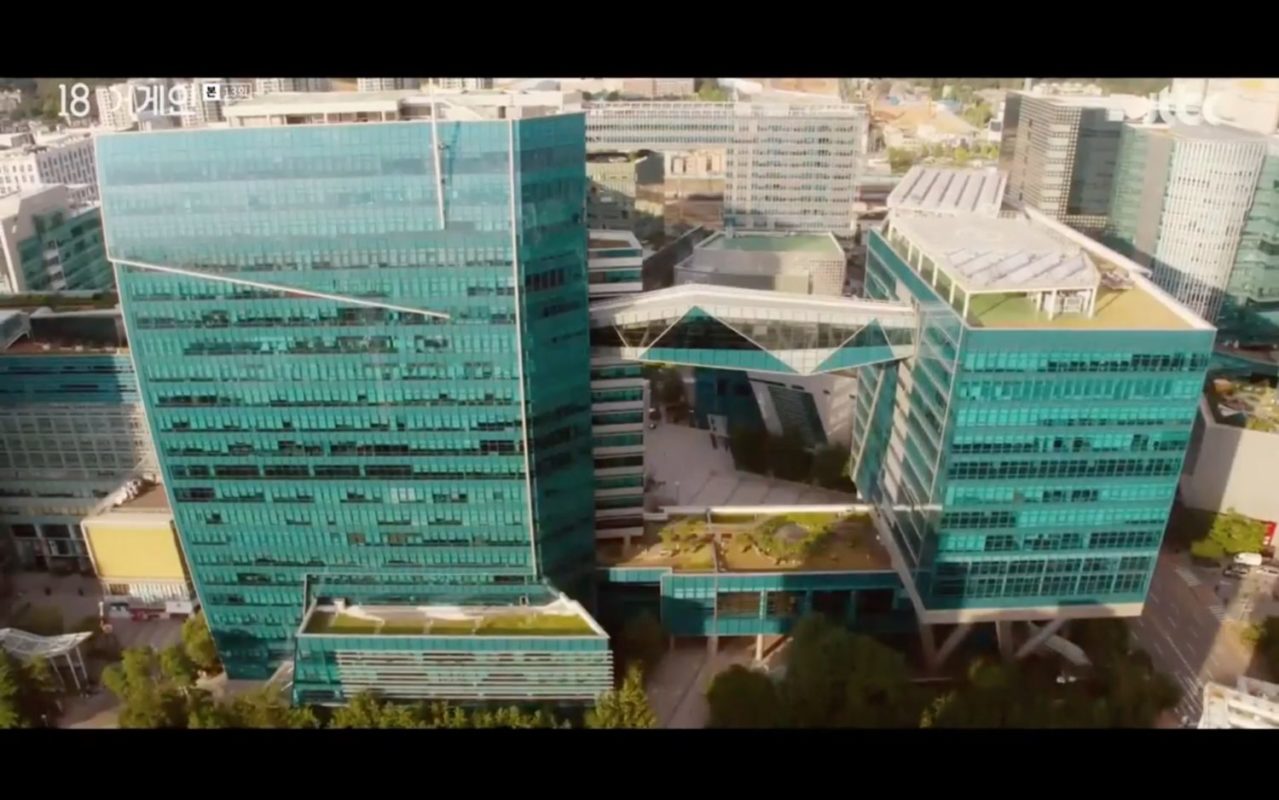 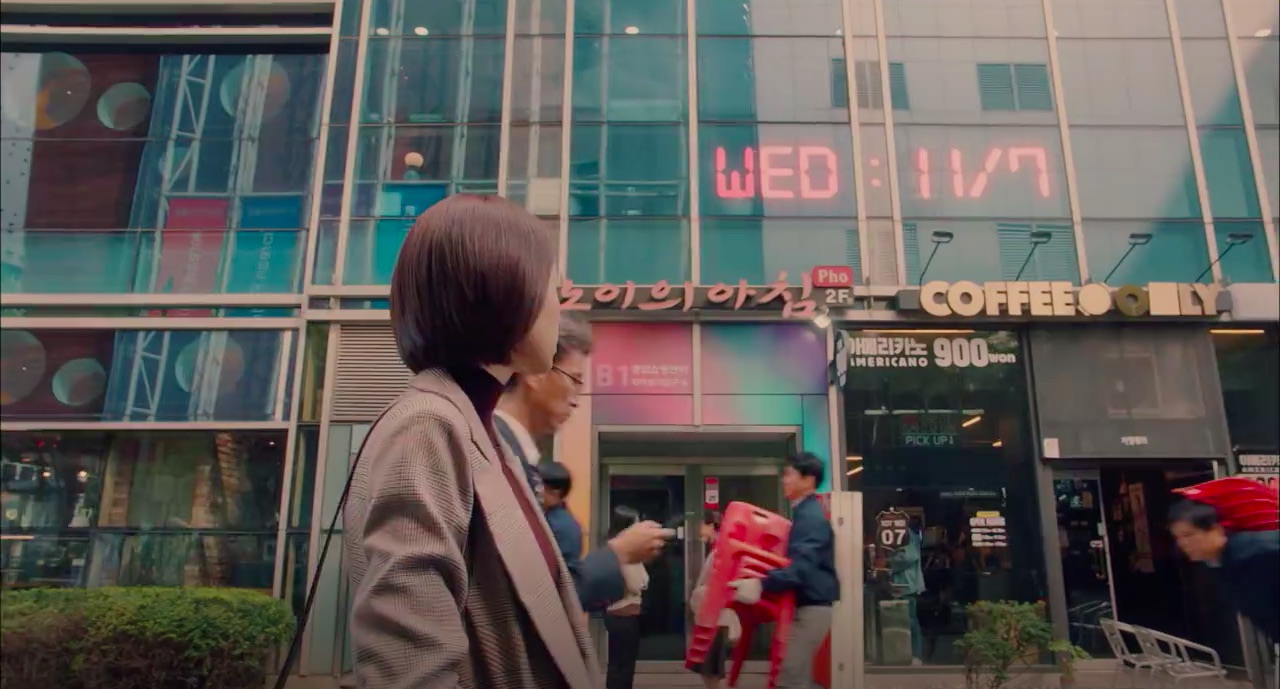 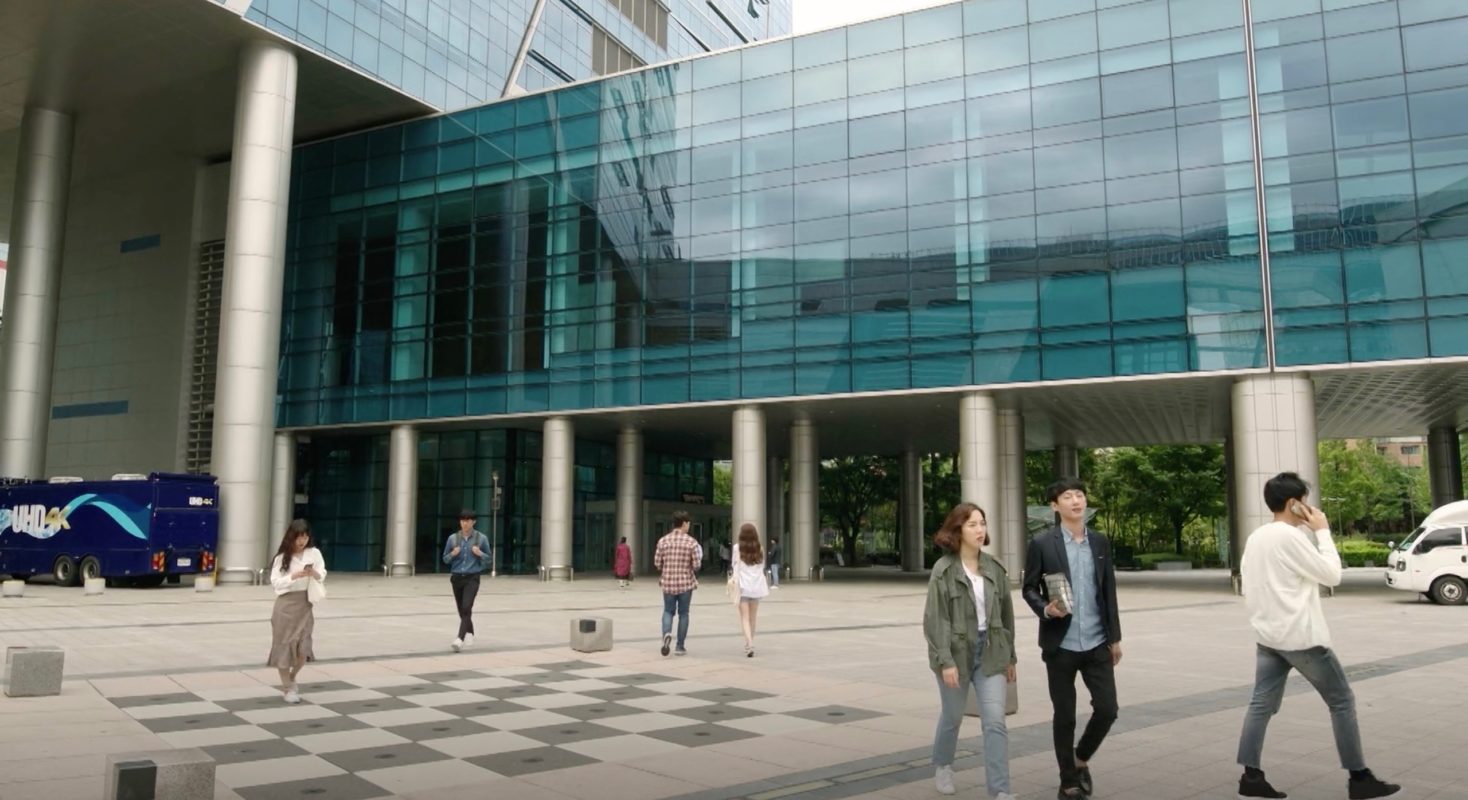 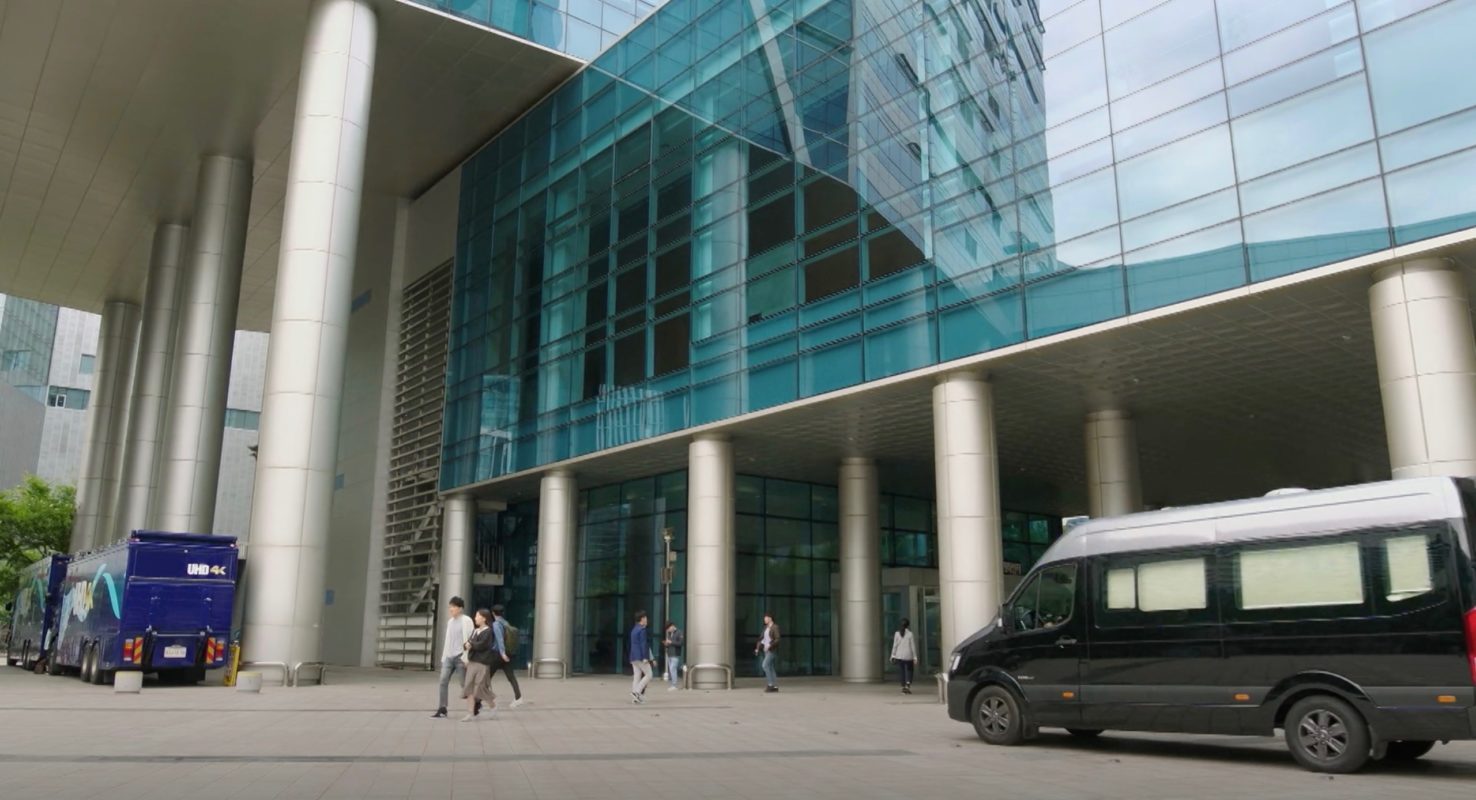 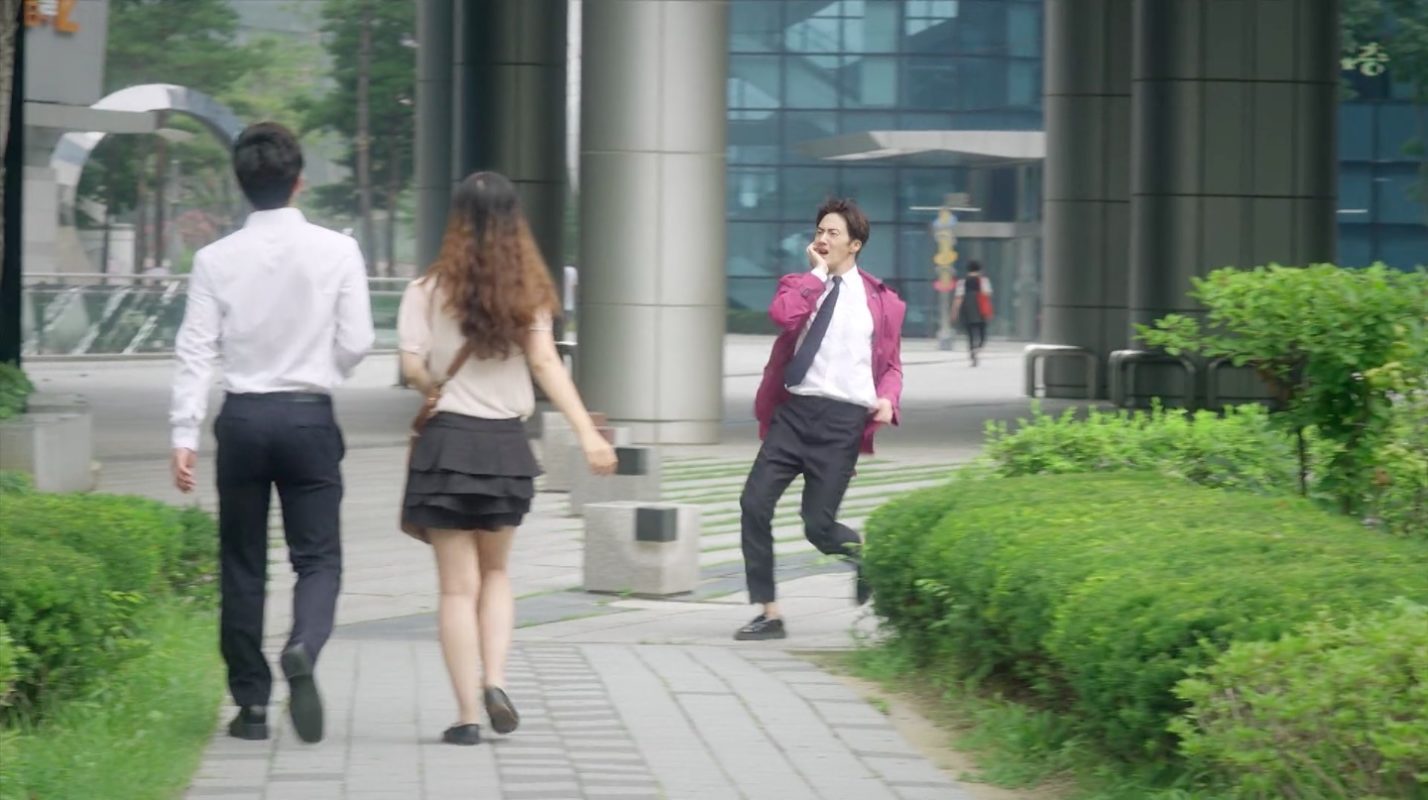 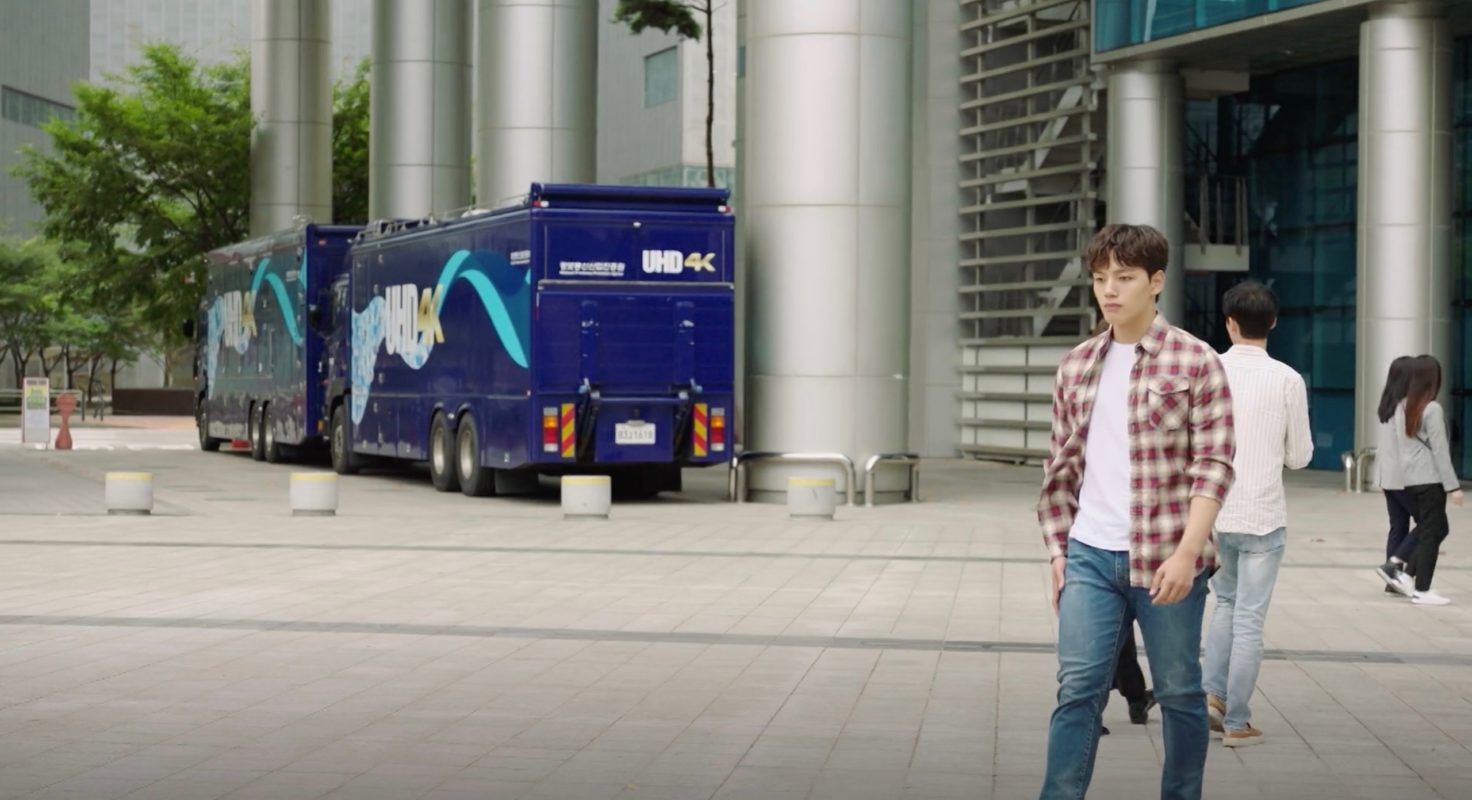 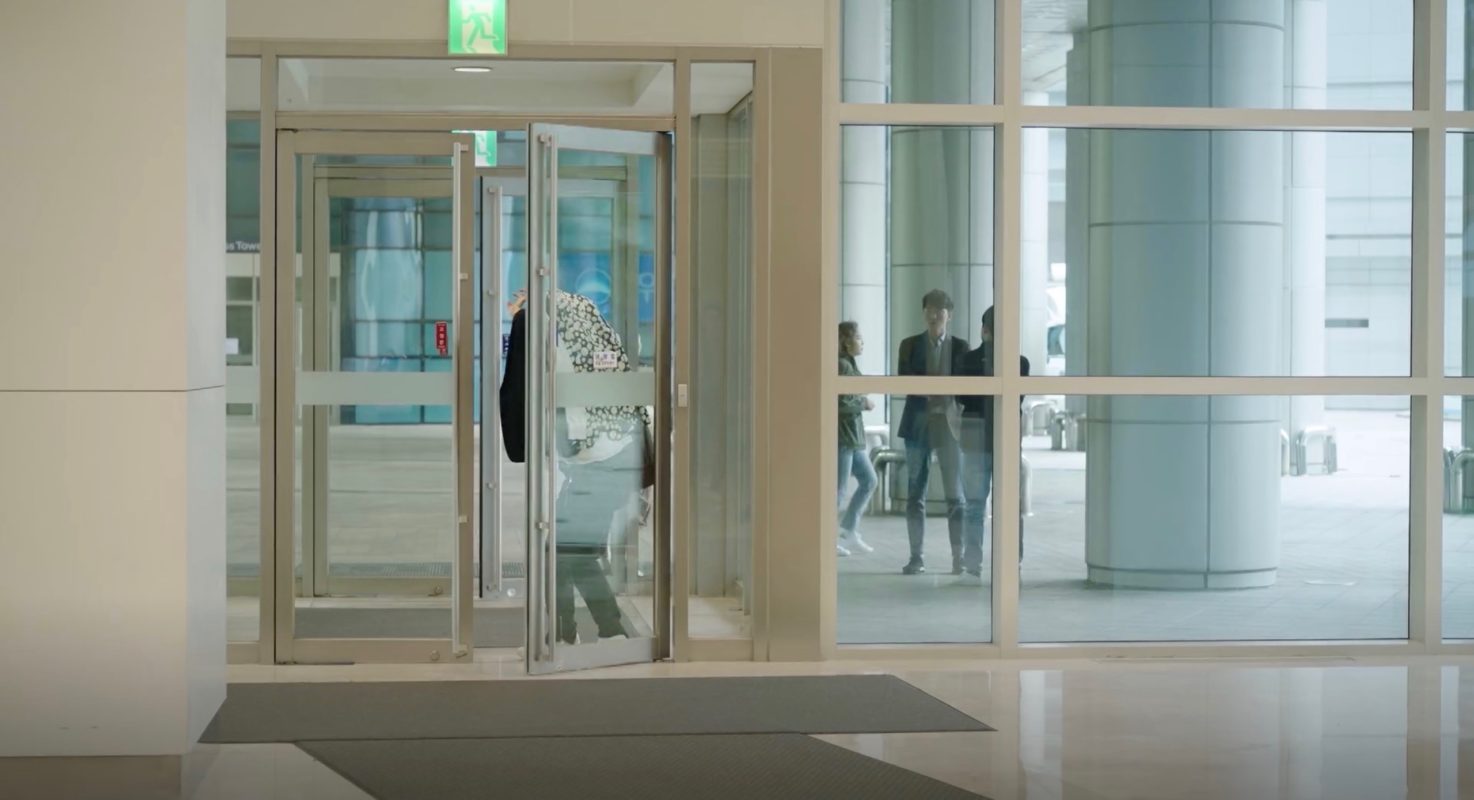 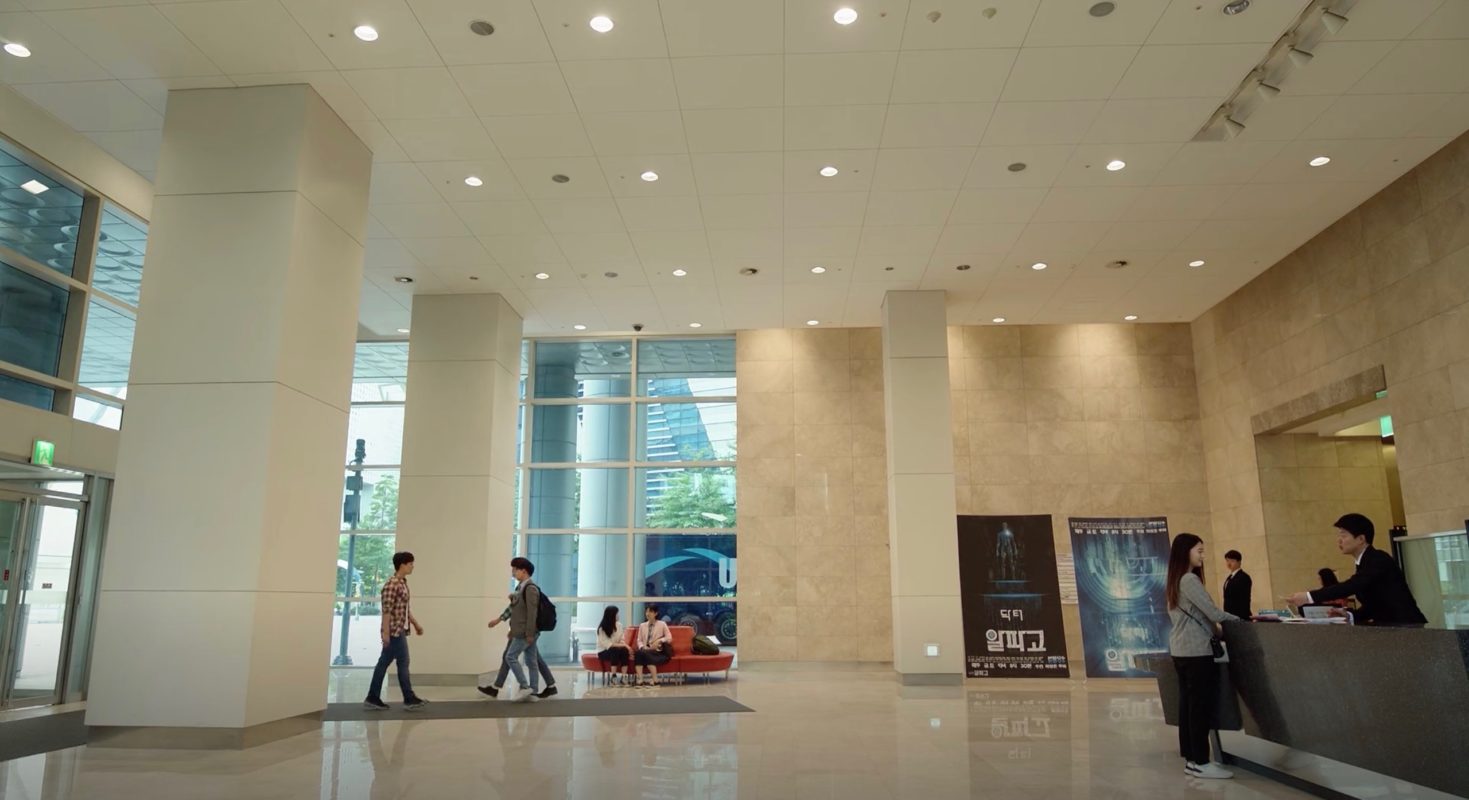 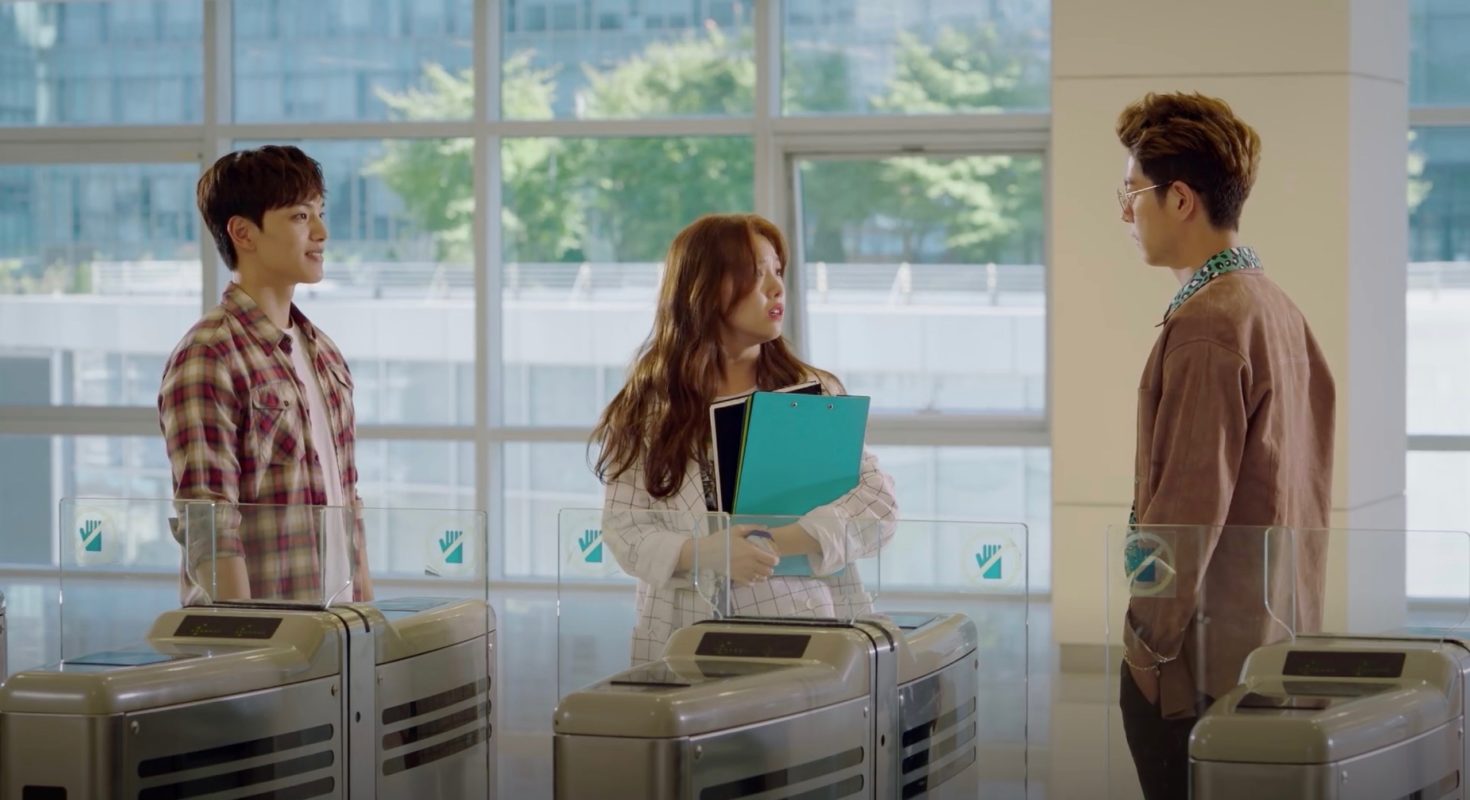 The broadcasting company that Ma Wang-joon (Hong Jong-hyun) and Eom Da-da (Bang Min-ah) work for is located in this building in Absolute Boyfriend (절대 그이) (SBS, 2019) — as seen in episode 12 when Young Goo (Yeo Jin-goo) follows Da-da to work and is later questioned by Wang-joon concerning the events from the evening before.

Lee Ru-da (Baek Jin-hee) walks past this building in episode 2 of Feel Good To Die/Happy If You Died (죽어도 좋아) (KBS2, 2018), as one of the worst days in her worklife continues to repeat itself.

Choi Se-hoon (Jung Il-woo) rushes out of his agency’s building to the outdoor area of this building, in order to chase after Yoo Yi-ryeong (Jin Se-yeon) in episode 2 of High-End Crush (고품격 짝사랑) (MBN, 2015-16). He eventually catches up with her at the bus stop (no. 14-307) and when stopping her from getting off the bus, he pulls her into a hug instead.

Song Da-rim (Choi Kang-hee) comes out of this building from an interview in Petty Romance (쩨쩨한 로맨스) (2010).

Cho-in (Gang Dong-won) makes people around him freeze in order to not to be caught in Haunters (초능력자) (2010).

This building appears as the broadcasting station at which Nam Hyeon-soo (Cha Tae-hyun) works at in Scandal Makers/Speedy Scandal (과속스캔들) (2008).

Nuritkum Square or Nuri Dream Square or Nurikkum Square [누리꿈스퀘어] is an IT hub that hosts companies specialized in information technology, nanotechnology and biotechnology. It consists of four buildings: a business center, a research and development center, a digital pavilion and a production center. It is located in Seoul’s neighborhood Sangam [Sangam-dong/상암동], in the Mapo District [Mapo-gu/마포구]. It sits right at Sangam Cultural Square [상암문화광장].

In 2012, this building was selected as one of 100 regular filming locations for movies and dramas by the Seoul Metropolitan Government and the Seoul Film Council, and featured in the brochure The Places In Seoul Cinema Fell in Love With (영화가 사랑한 서울 촬영지 100선).