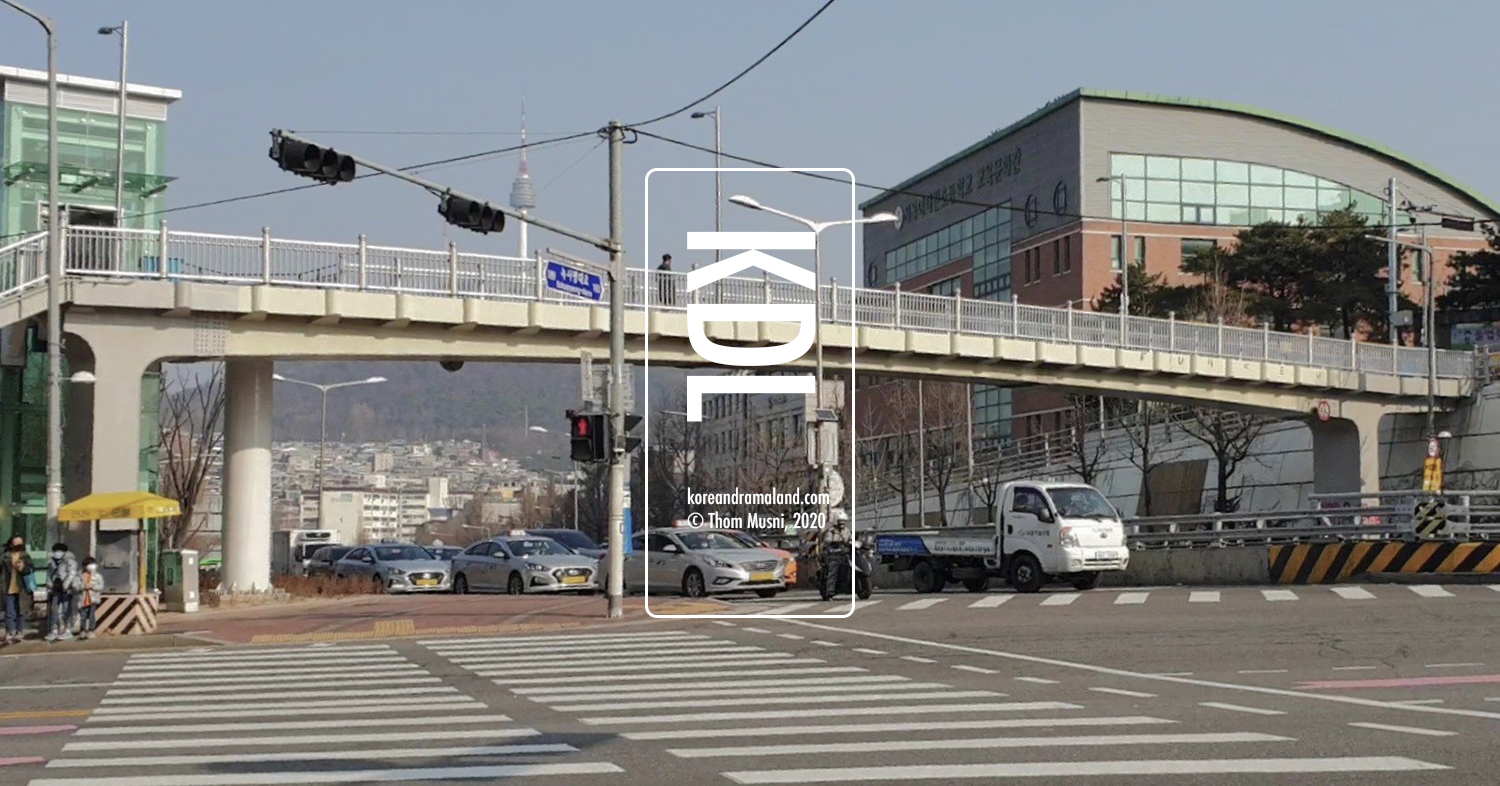 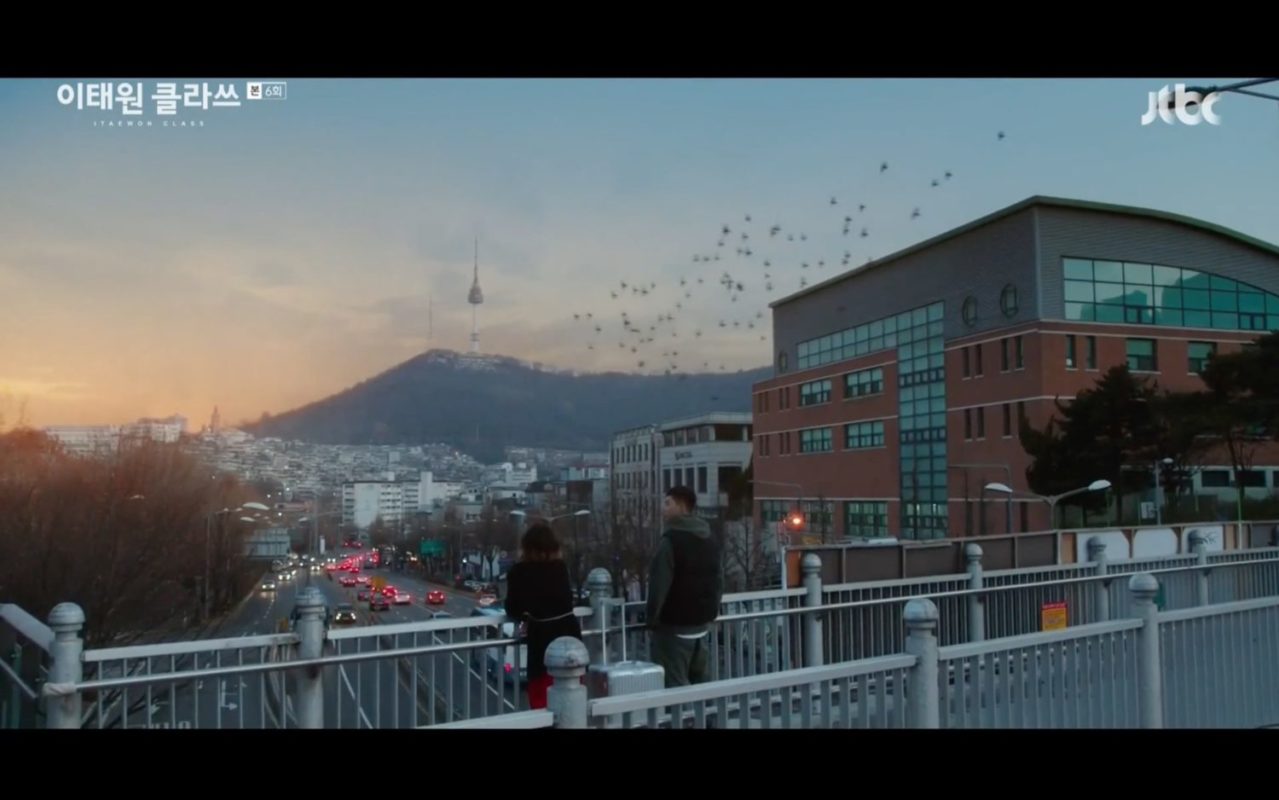 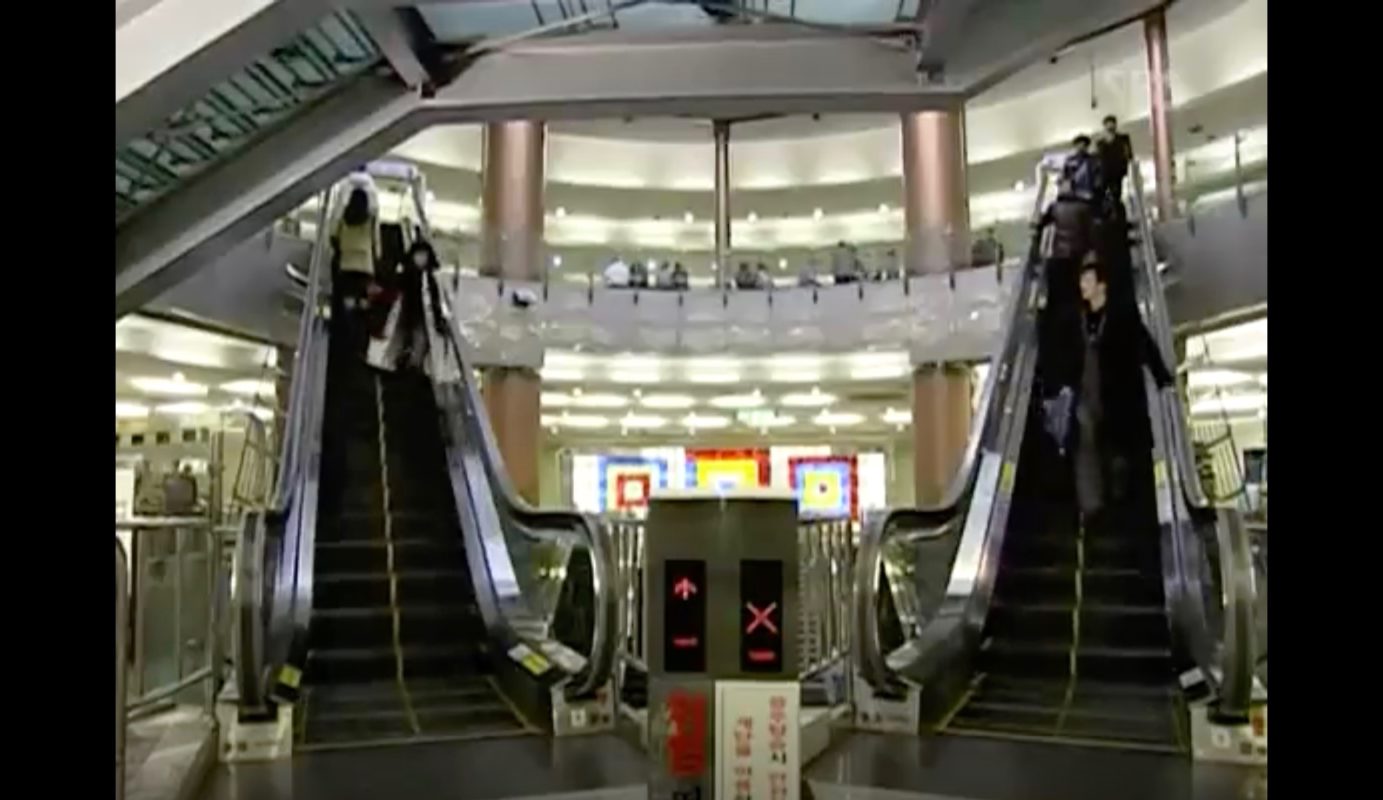 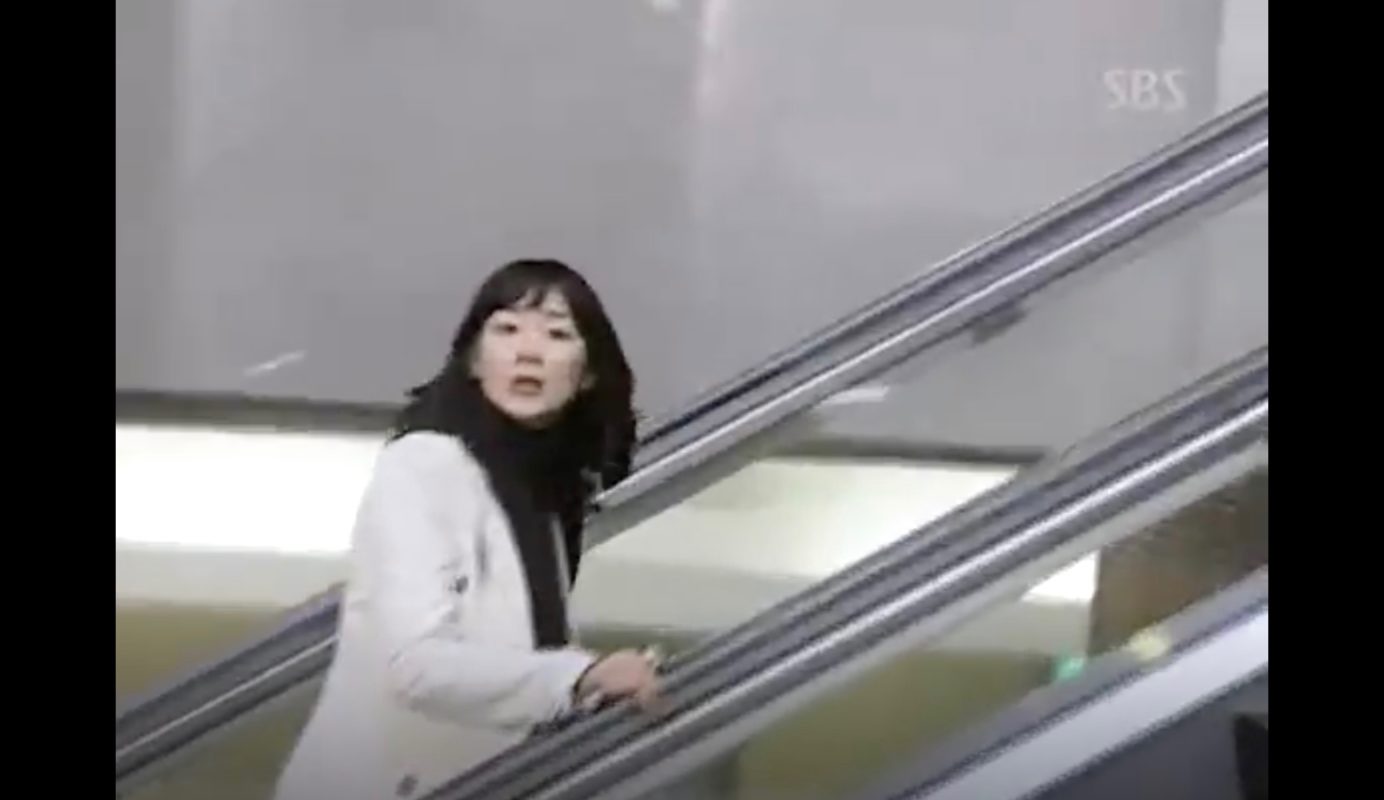 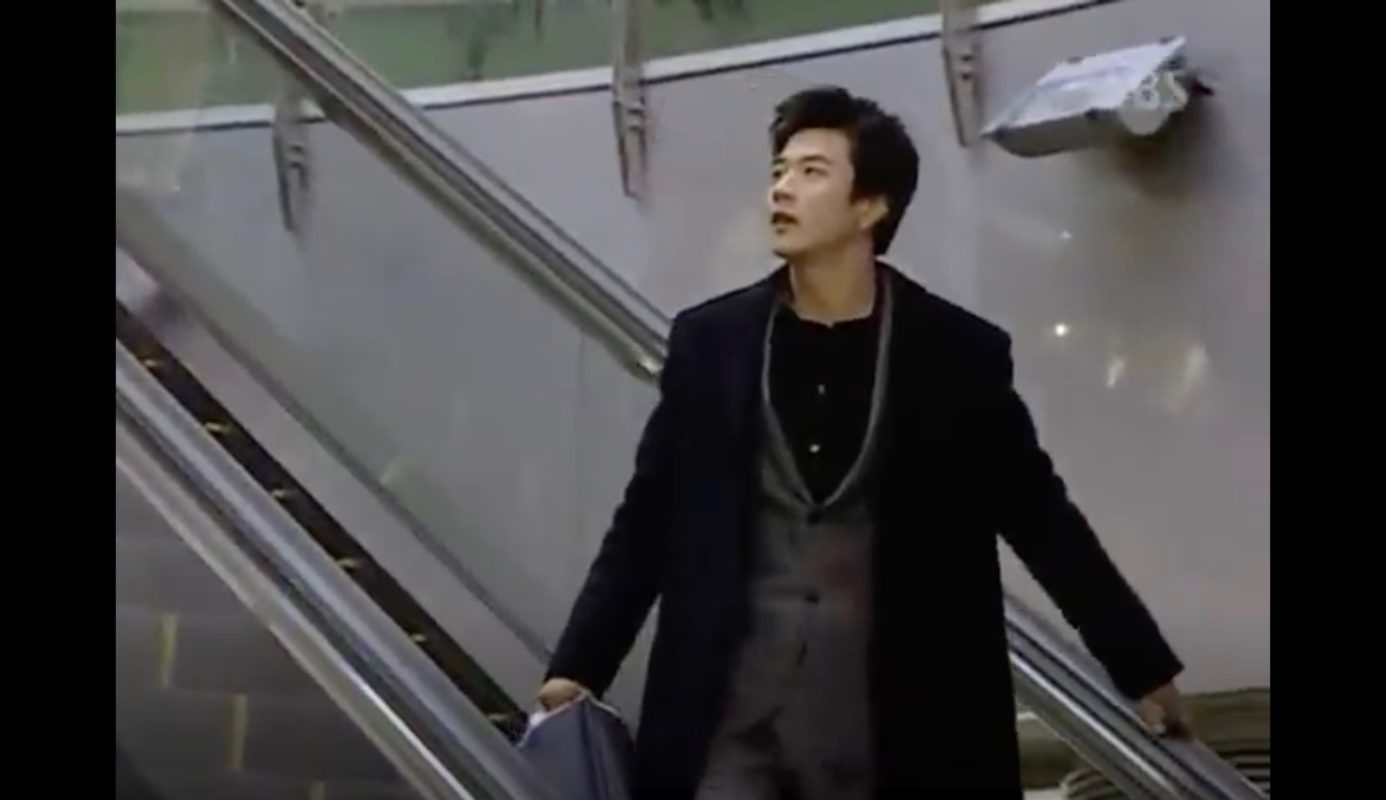 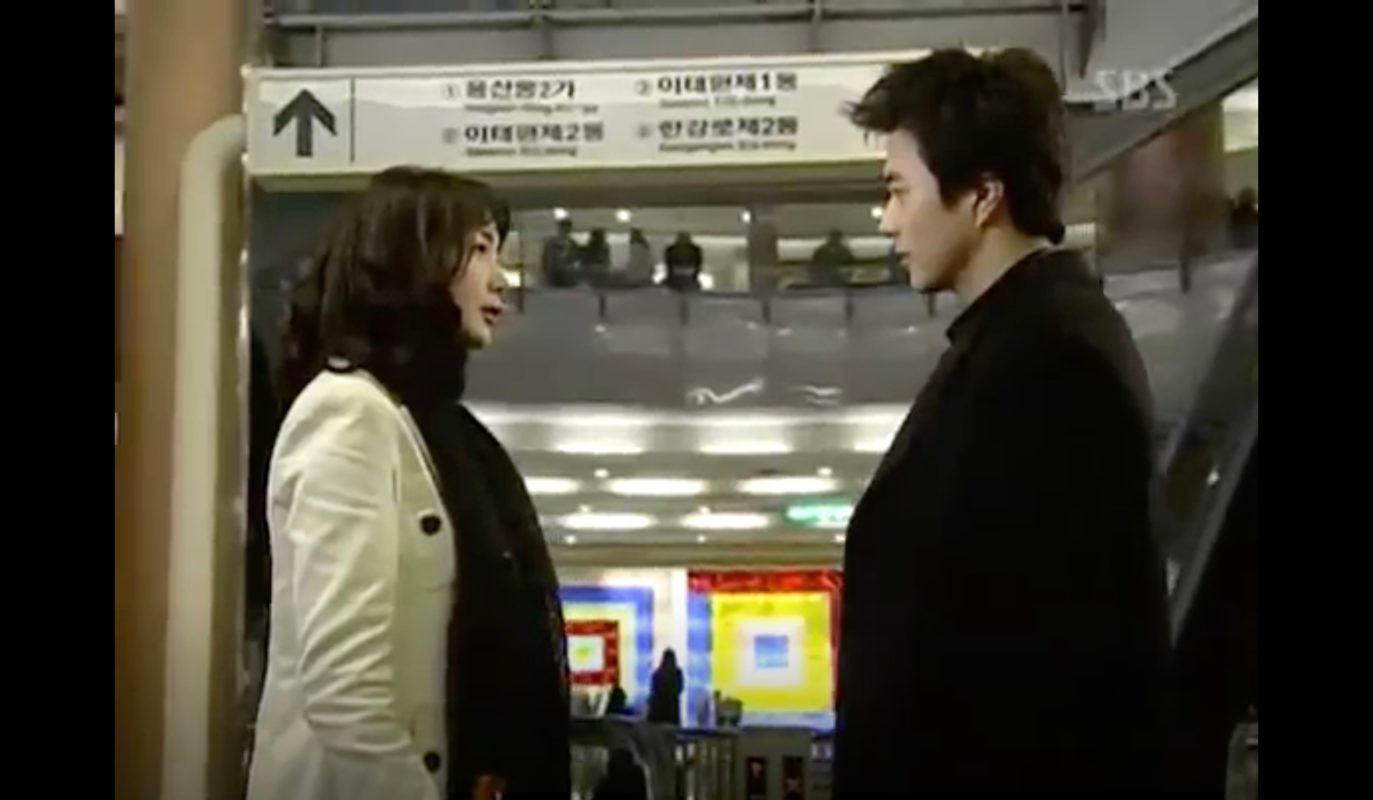 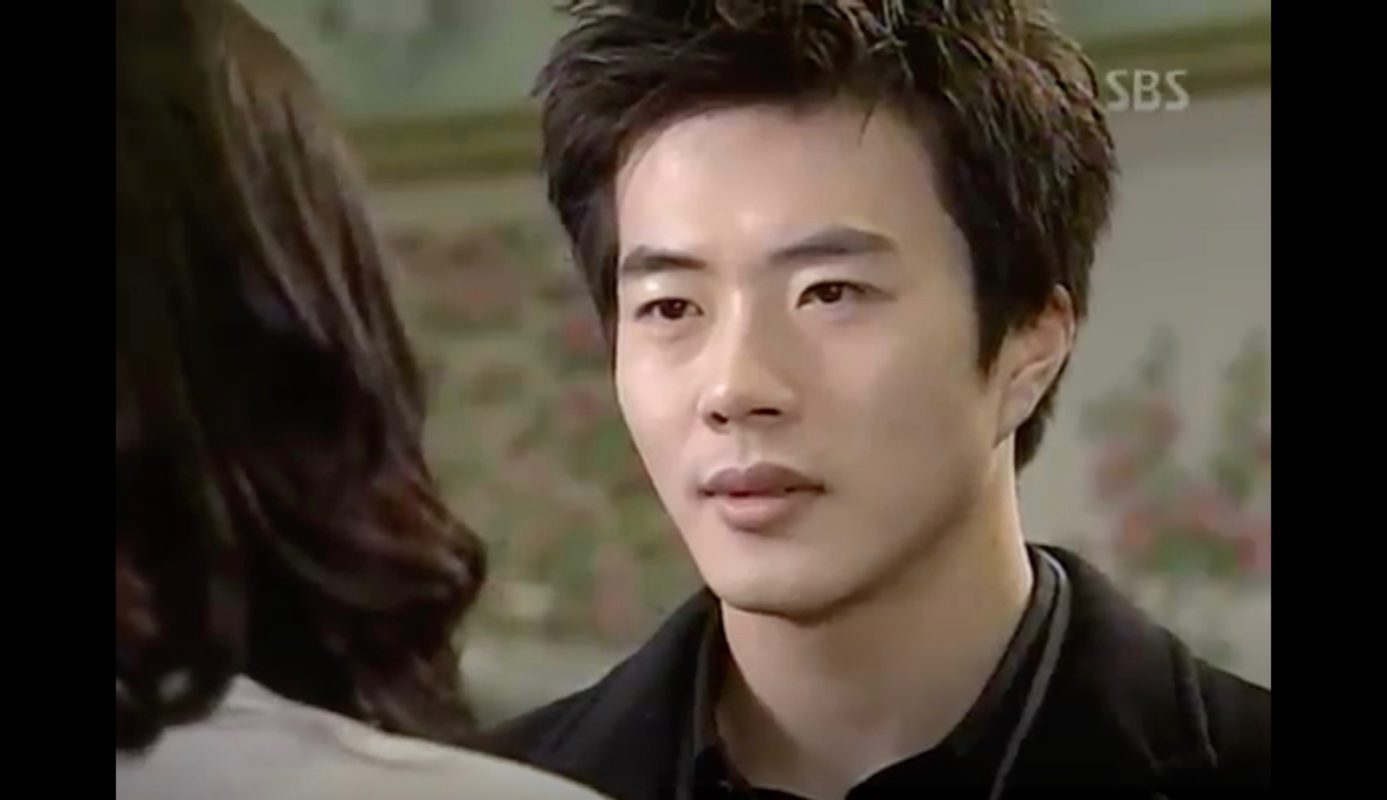 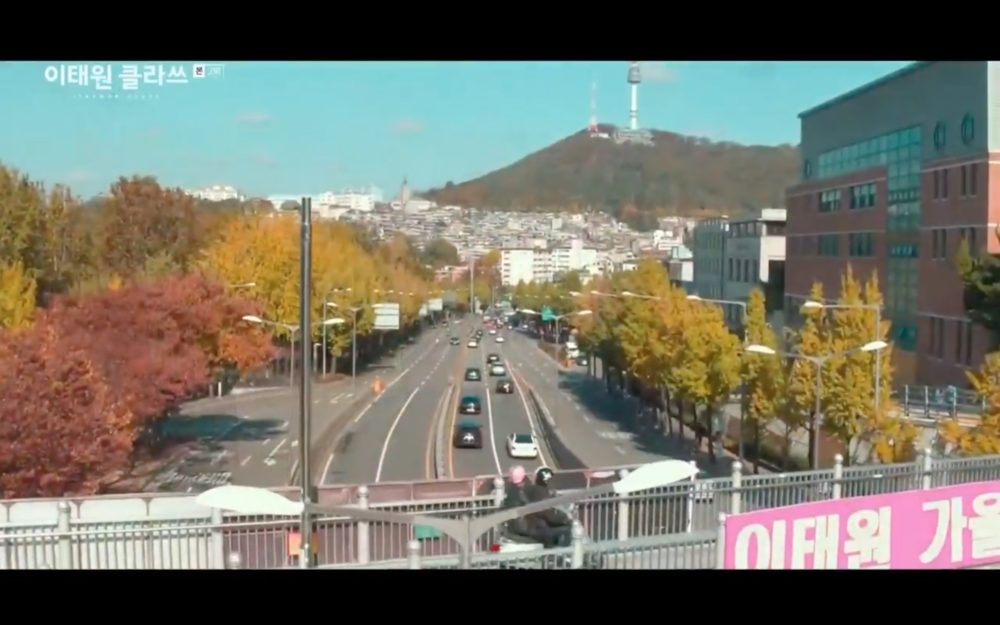 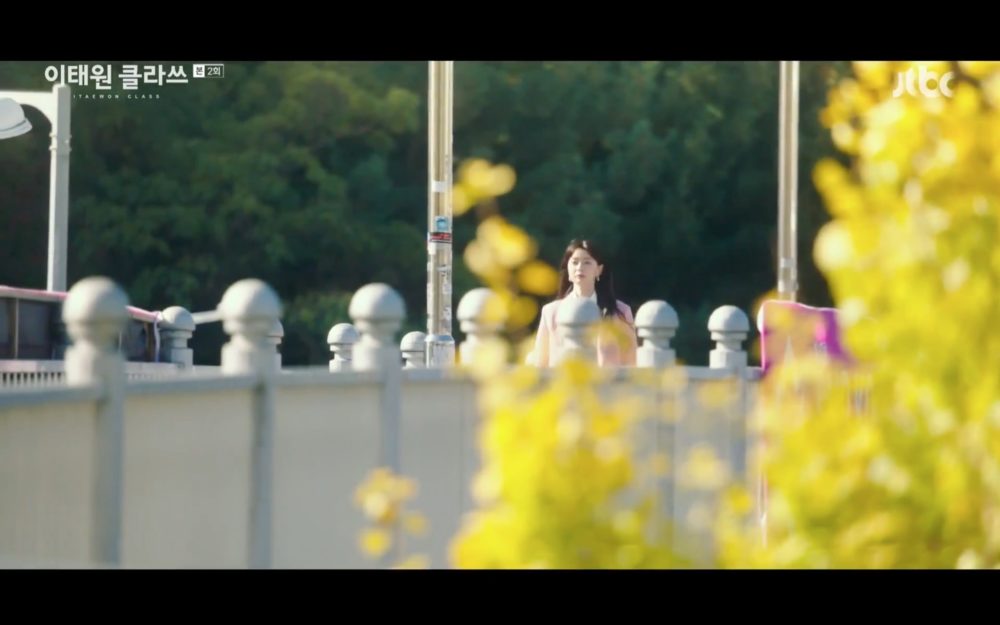 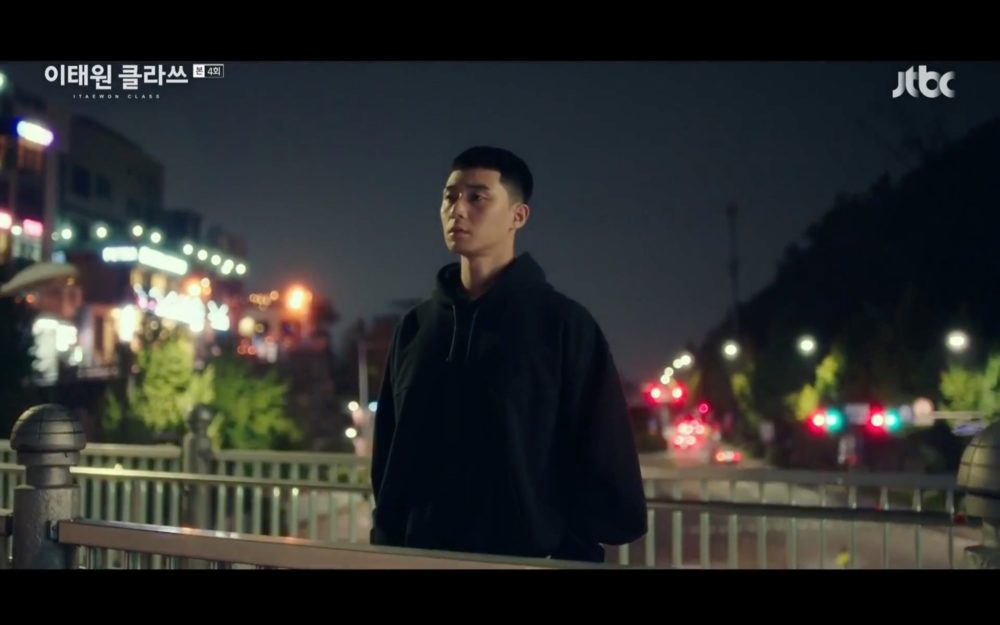 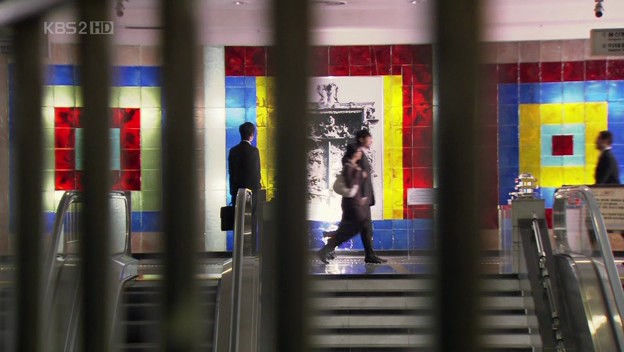 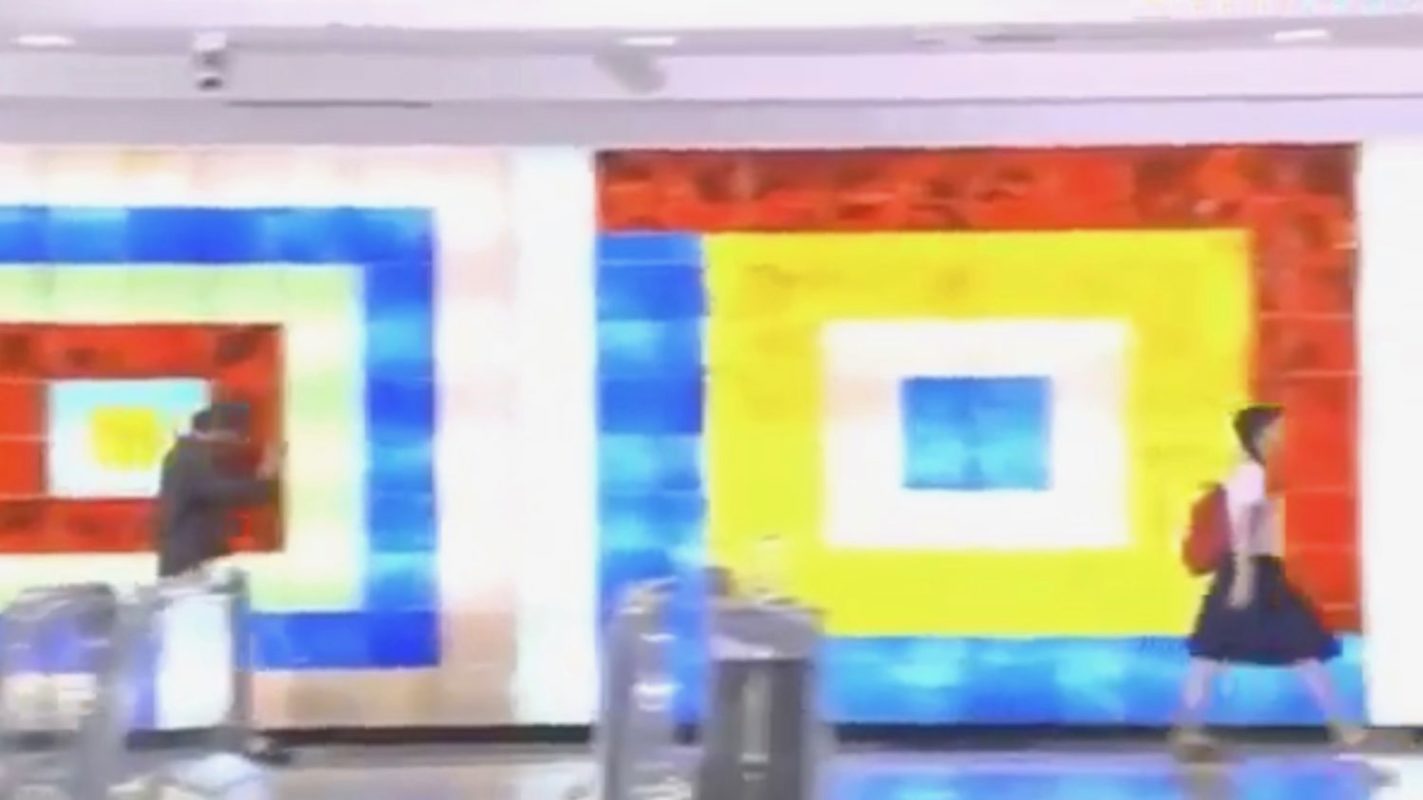 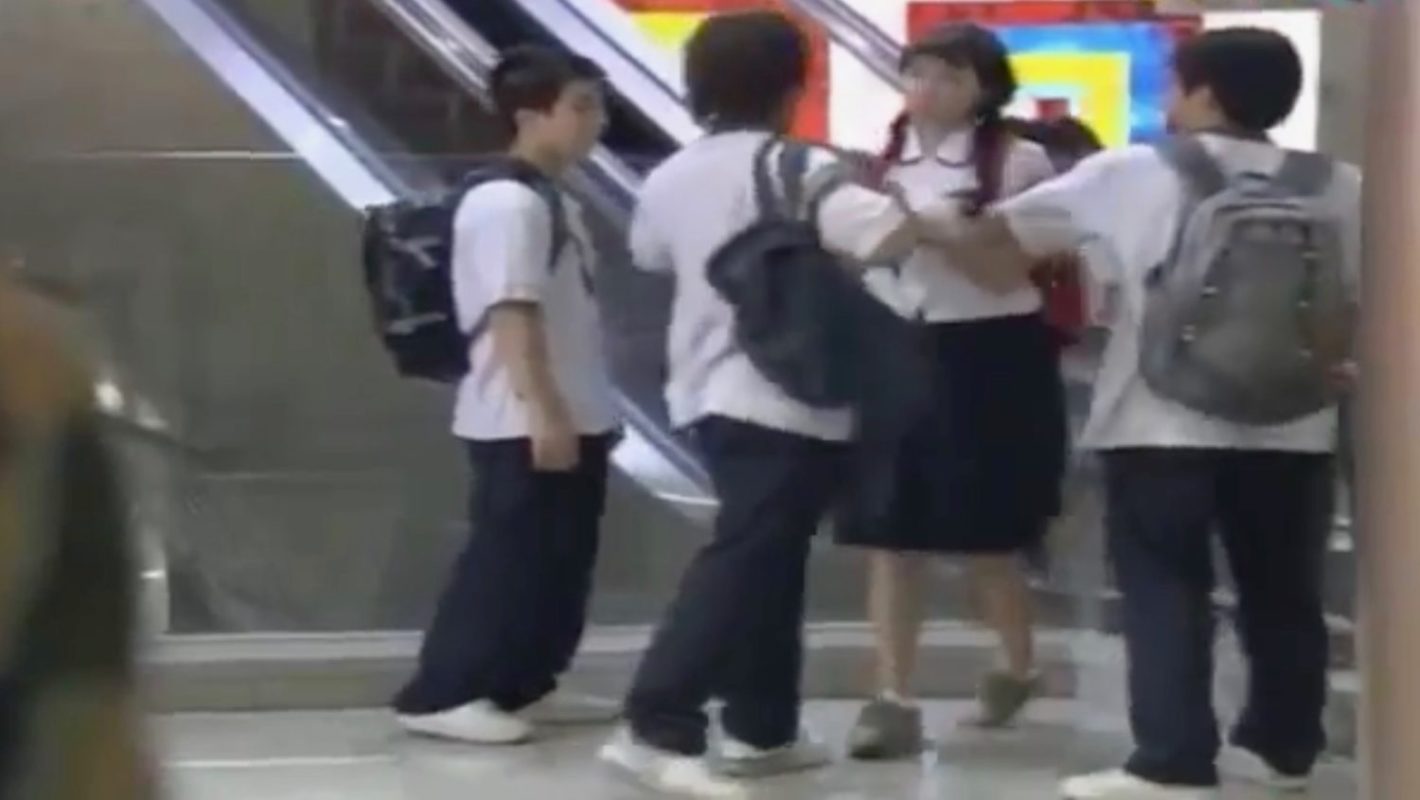 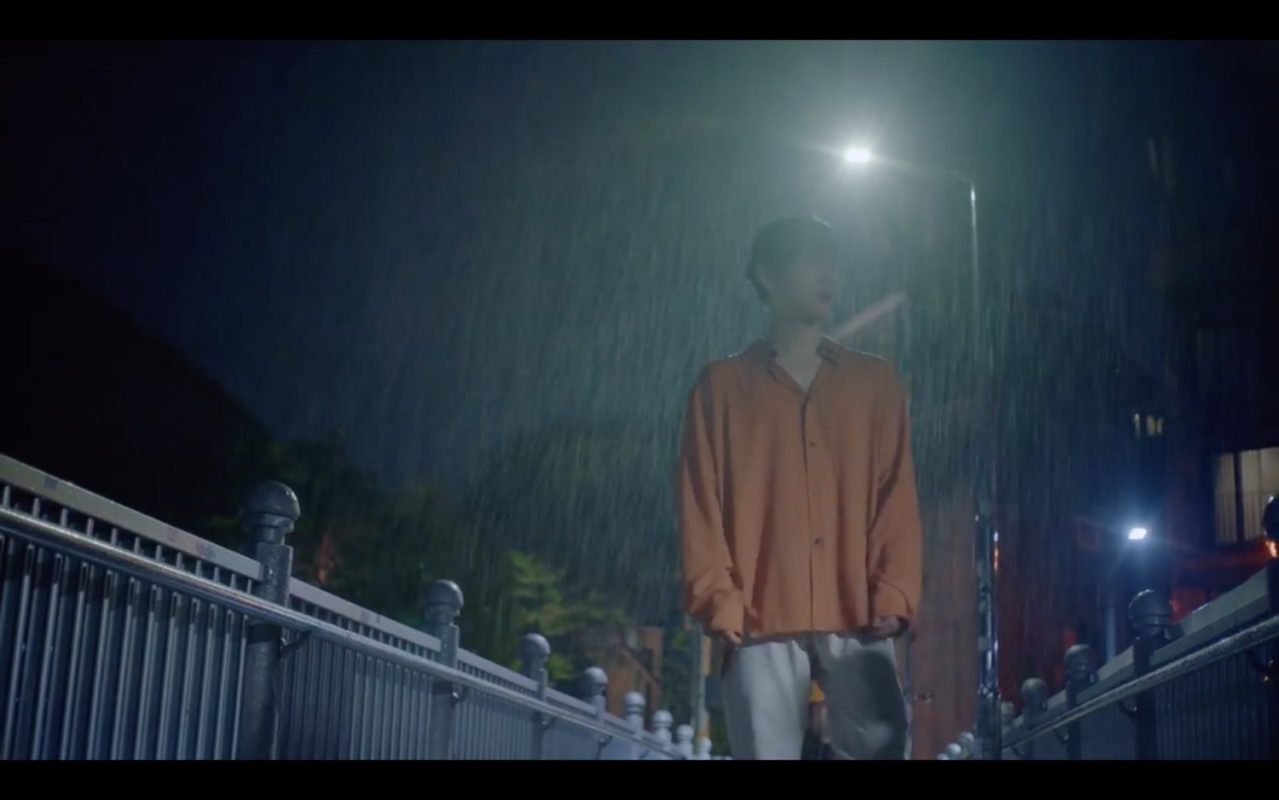 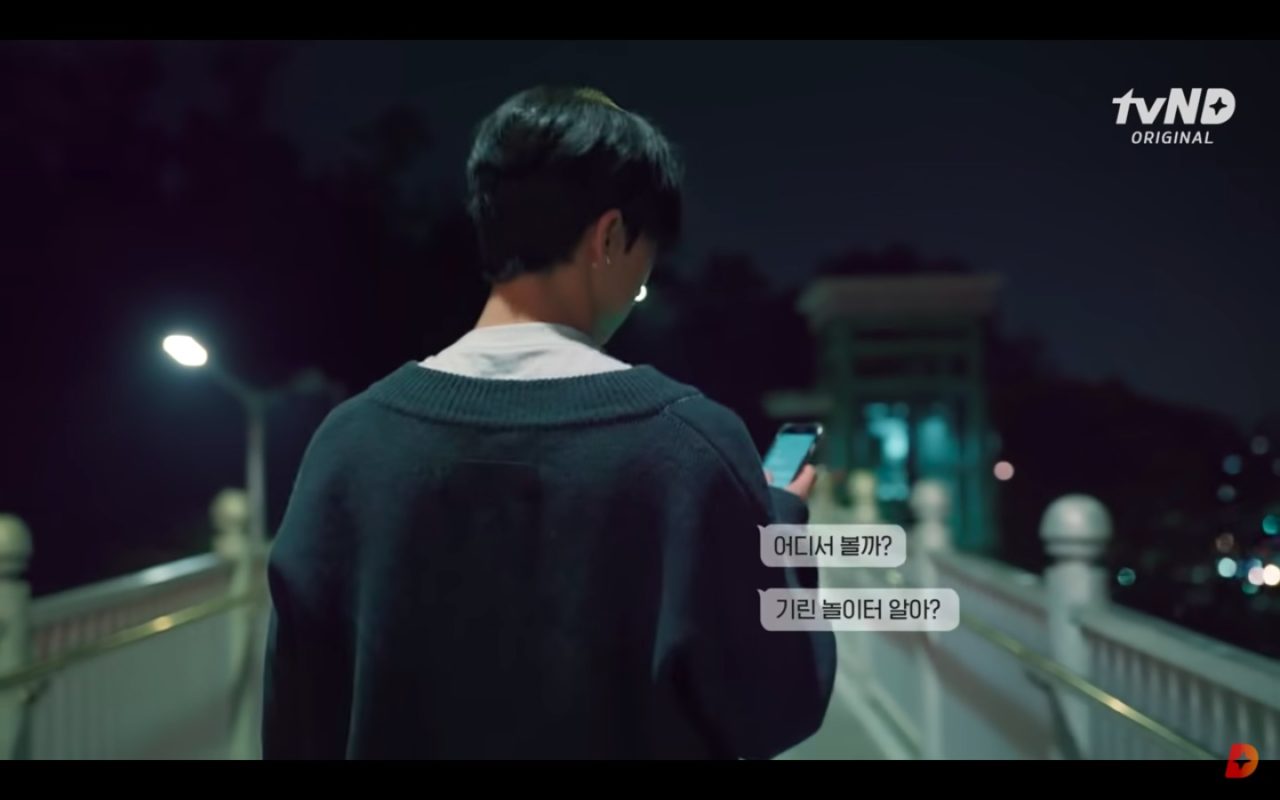 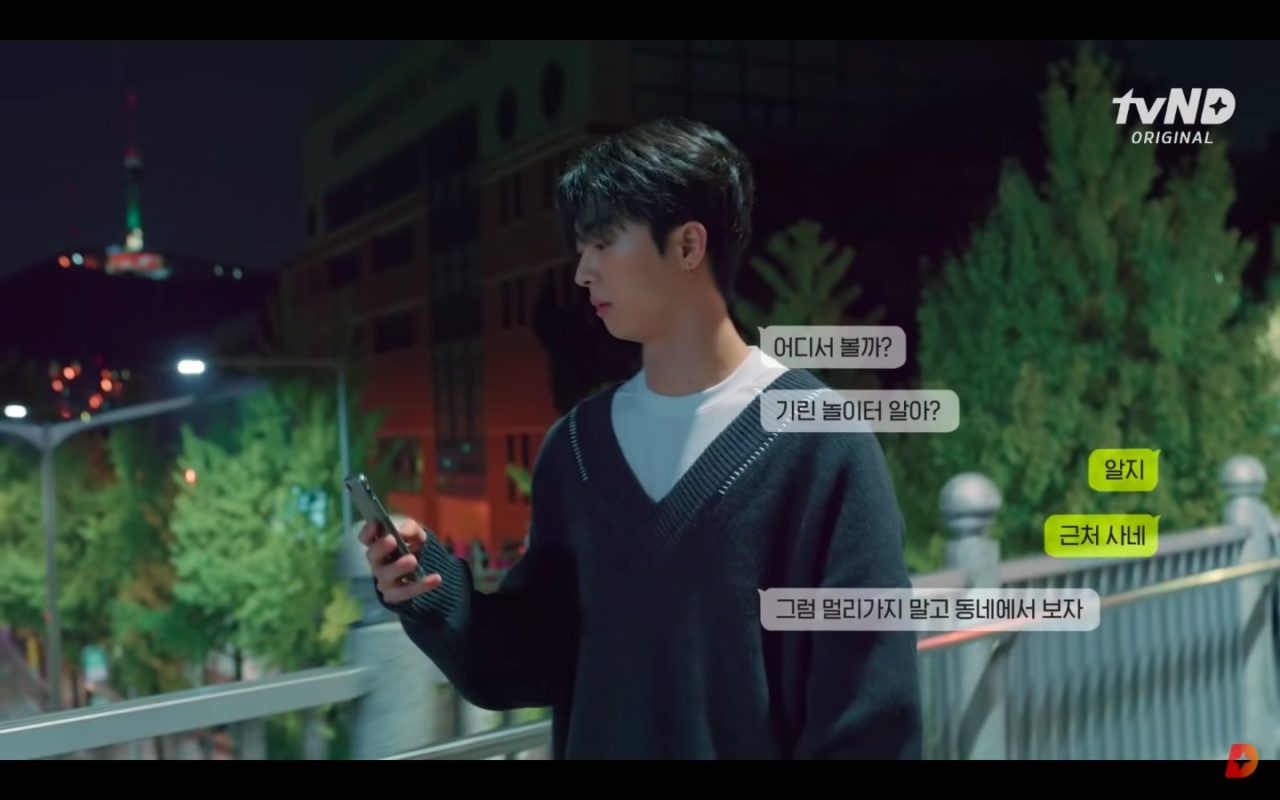 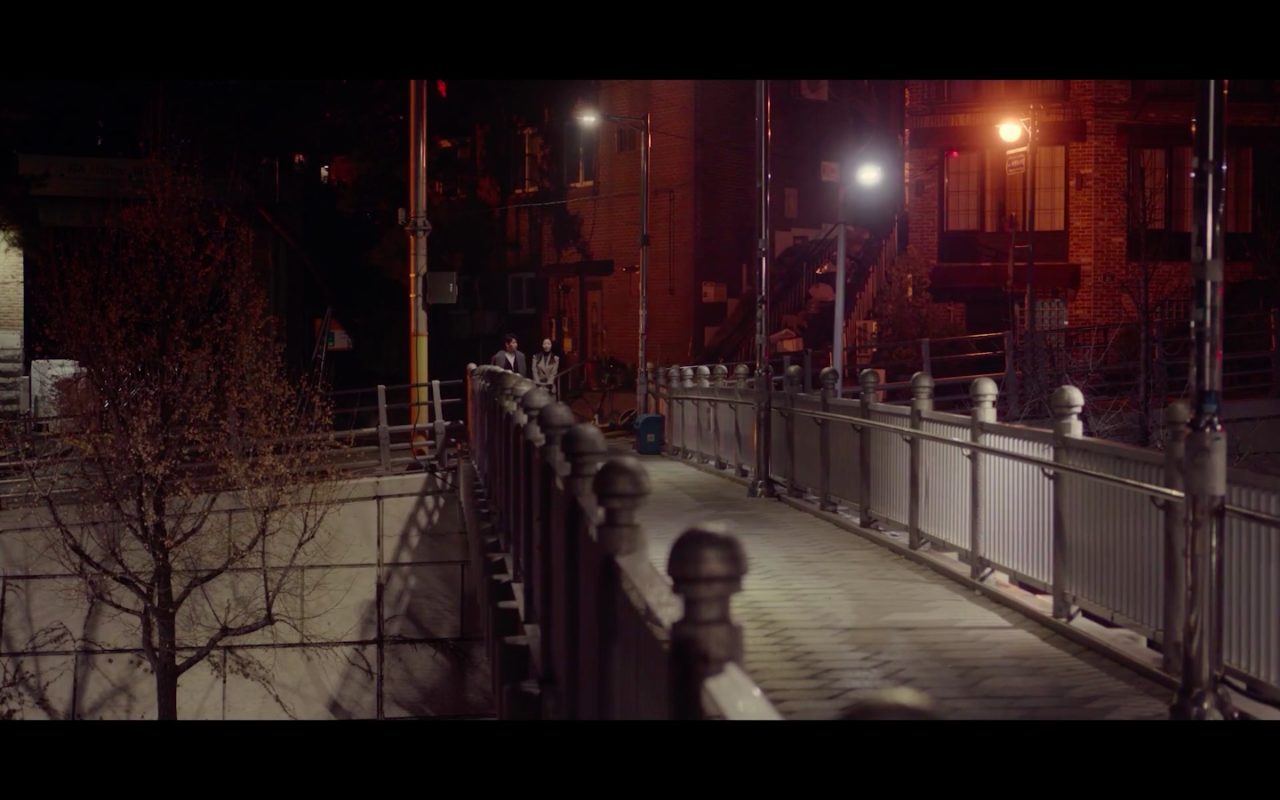 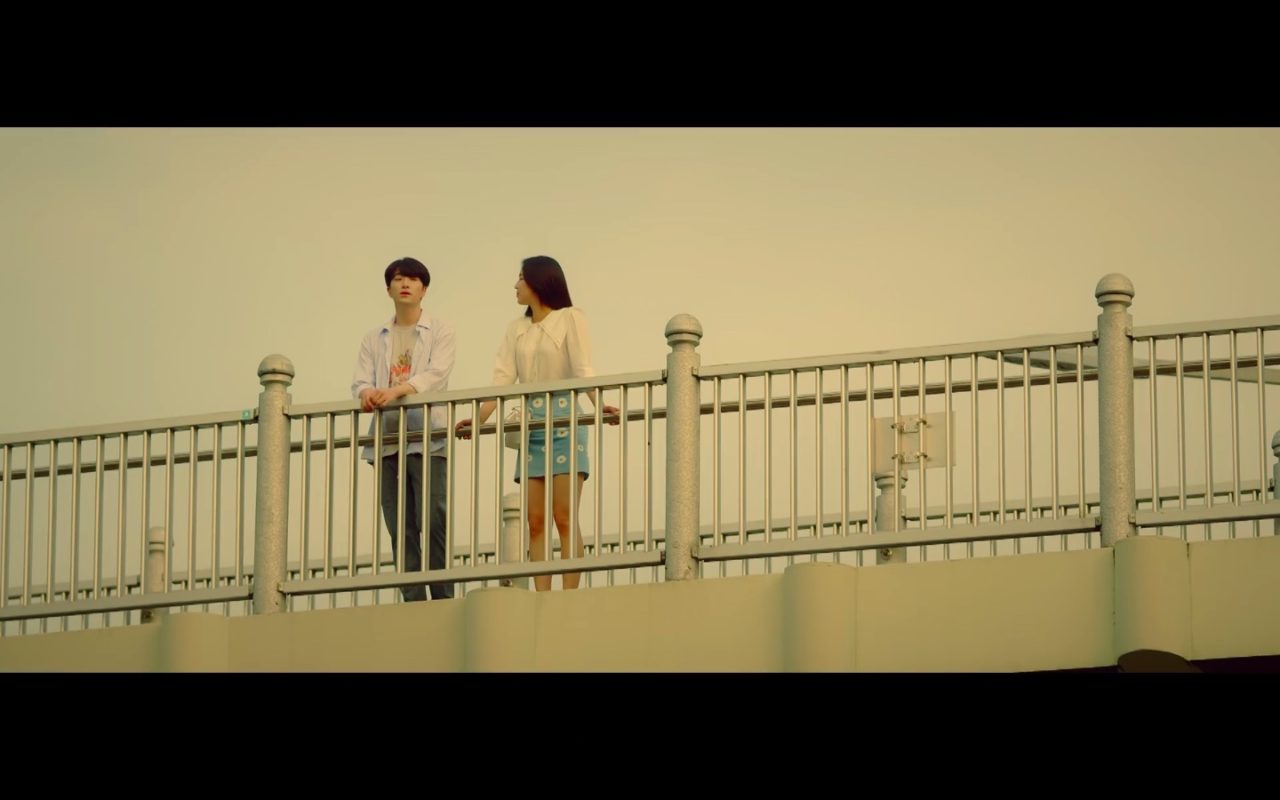 After parting, Cha Song-joo (Kwon Sang-woo) and Han Jung-seo (Choi Ji-woo) run toward each other again and meet each other at the bottom of the elevator of this station in episode 12 of Stairway to Heaven (천국의 계단) (SBS, 2003-04).

When Chae Eun-hwan (Gong Hyo-jin) transits through this station on her way to the police station –still dressed in a high school uniform and closely followed by Cha Sang-doo (Jung Ji-hoon/Rain)– in episode 1 of Sang Doo! Let’s Go to School (상두야, 학교가자!) (KBS2, 2003), she is stopped by a group of male high-schoolers and only when she gets their home teacher on the phone they believe her that she is indeed a teacher.

Young Hee-su (Kim Ok-bin) gets a call from Pride Entertainment for an audition to be a background dancer for Rex when at this station in episode 1 of Over the Rainbow (오버 더 레인보우) (MBC, 2006). She then walks past Kwon Hyeok-ju (Ji Hyun-woo) and his crew who regularly train their breakdance moves here and she helps him to get a move right.

Yoon Ban-ya (Ryu Hwa-young) walks across this overpass with director Hyun Sang-mun in the #35 omnibus story of  Love Scene Number (러브씬넘버) (MBC, 2021) — as seen in episode 5.

Ki Seon-gyeom (Im Si-wan) makes a small halt in the pouring rain on this overpass when on his search for Kim Woo-sik (Lee Jeong-ha) in episode 5 of Run On (런온) (JTBC/Netflix, 2020-21).

Best friends Won Hae-hyo (Byeon Woo-seok) and Sa Hye-jun (Park Bo-gum) walk over this overpass and part ways halfway in episode 8 of Record of Youth/The Moment/Youth Record (청춘기록) (tvN, 2020); just after Hye-jun got the news that he has been casted into the drama Gateway.

From episode 2 onwards, people cross this overpass regularly in Itaewon Class (이태원 클라쓰) (JTBC, 2020). In episode 2, Oh Soo-a (Kwon Na-ra) walks over it when heading to Itaewon. So do Jo Yi-seo (Kim Da-mi) and Jang Geun-soo (Kim Dong-hee) in episode 3 on his scooter; and at the beginning of episode 4, Park Sae-ro-yi (Park Seo-joon) comes here. In episode 6, Sae-ro-yi and Yi-seo meet on this bridge by coincidence (he is out for an evening jog and she was just thrown out by her mother).

The overpass appears in the following web dramas as it is situated just opposite a house along Noksapyeong-daero 40-gil [녹사평대로40길 25], which is featured as a key location:

This station has five underground levels and its “beautifully domed roof allows plenty of natural light into the station”, which made CNN Travel choose this as one of Seoul’s six coolest subway stations. In 2012, it was selected as one of 100 regular filming locations for movies and dramas by the Seoul Metropolitan Government and the Seoul Film Council, and featured in the brochure The Places In Seoul Cinema Fell in Love With (영화가 사랑한 서울 촬영지 100선).