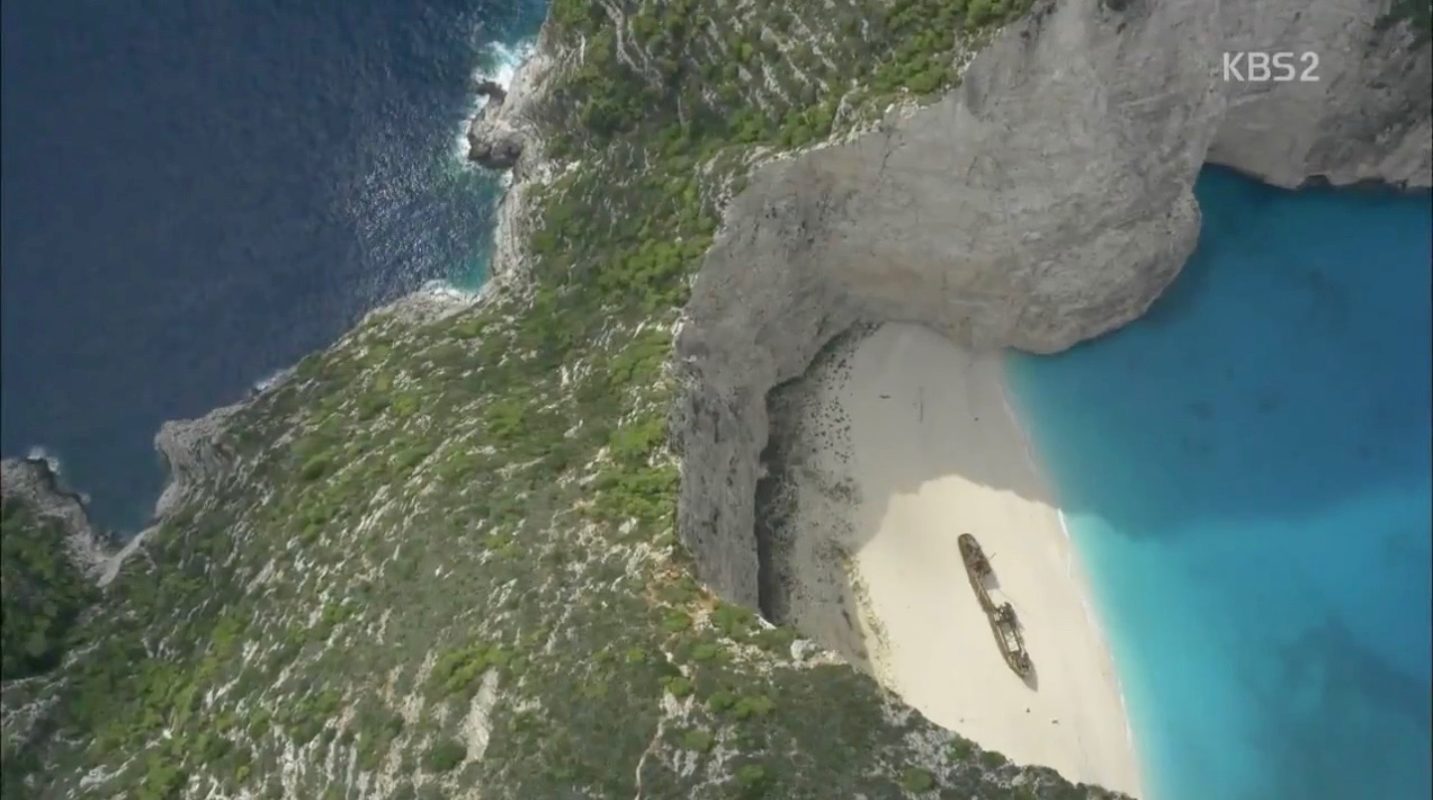 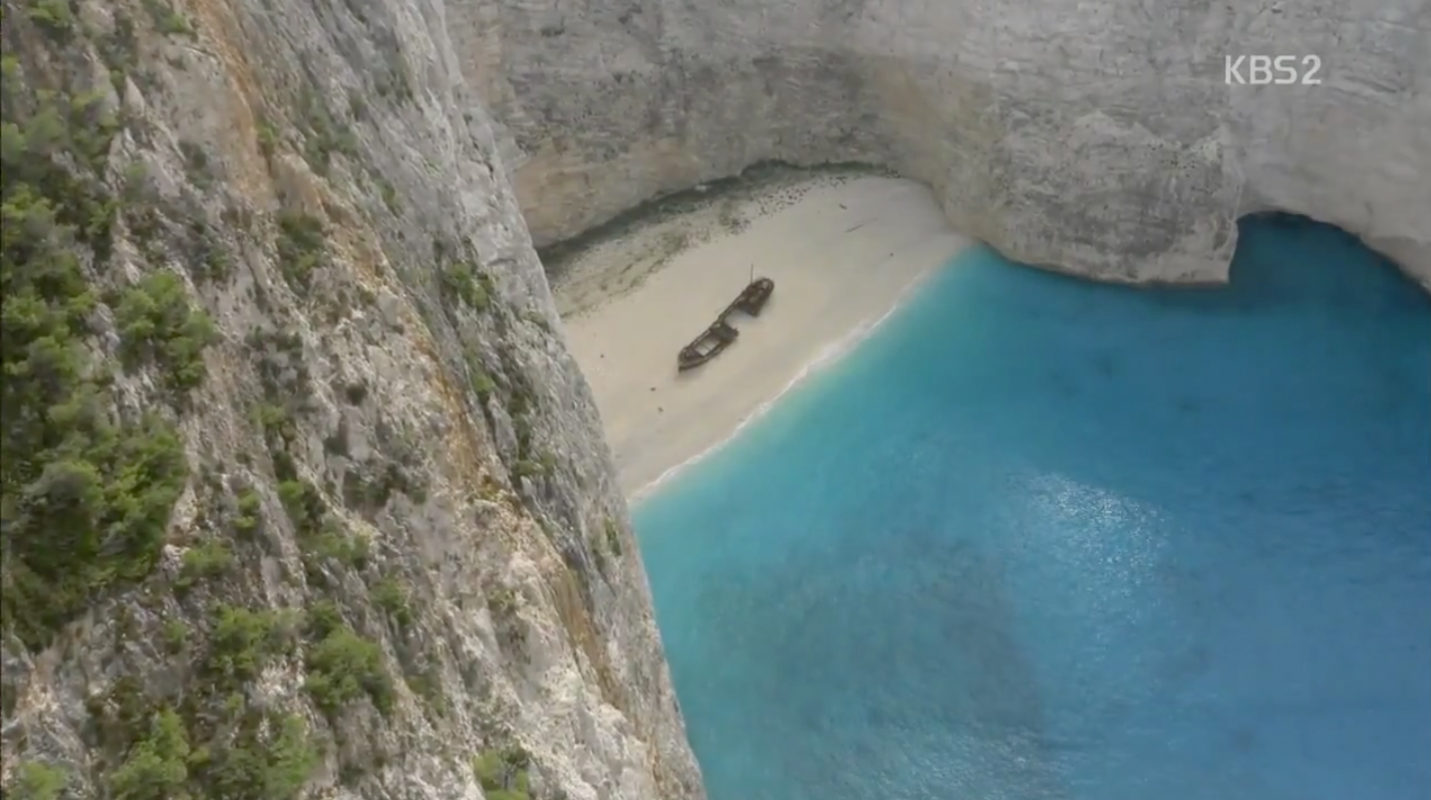 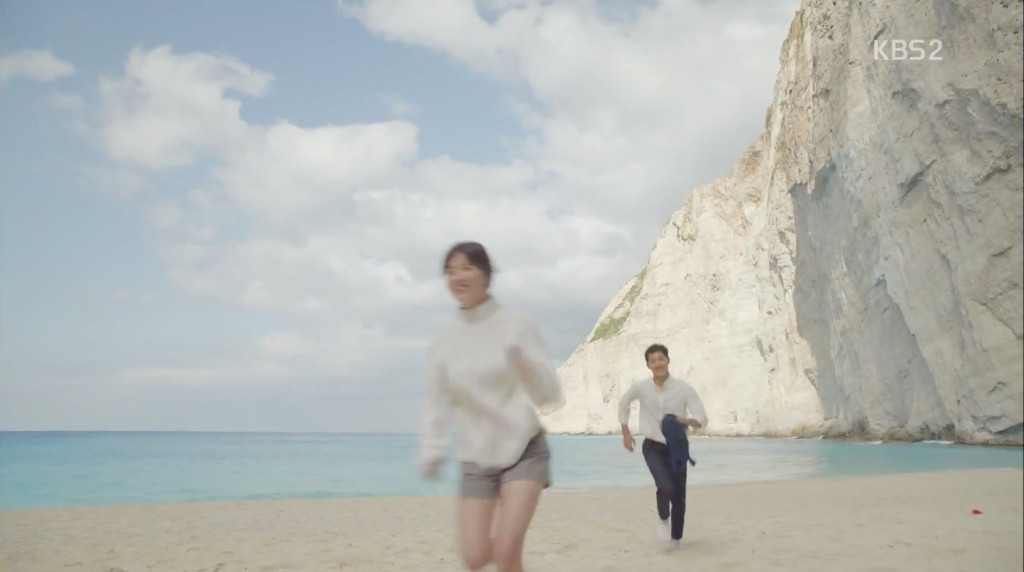 Yoo Shi-Jin (Song Joong-Ki) takes Kang Mo-Yeon (Song Hye-Kyo) here in episode 3 of Descendants of the Sun/Descended From the Sun (태양의 후예) (KBS2, 2016); it’s the first time they really spend some time alone after Mo-Yeon came to Urk. They return here in episode 16.

Navagio Beach [ΝΠαραλία Ναυαγίου], also known as Shipwreck Beach is an an exposed cove located on west coast of the Greek island Zakynthos. The shipwreck that lies at the beach is the freightliner ‘MV Panagiotis’ that stranded here in 1980 during a storm.

Getting here
The best way is by renting a car/scooter