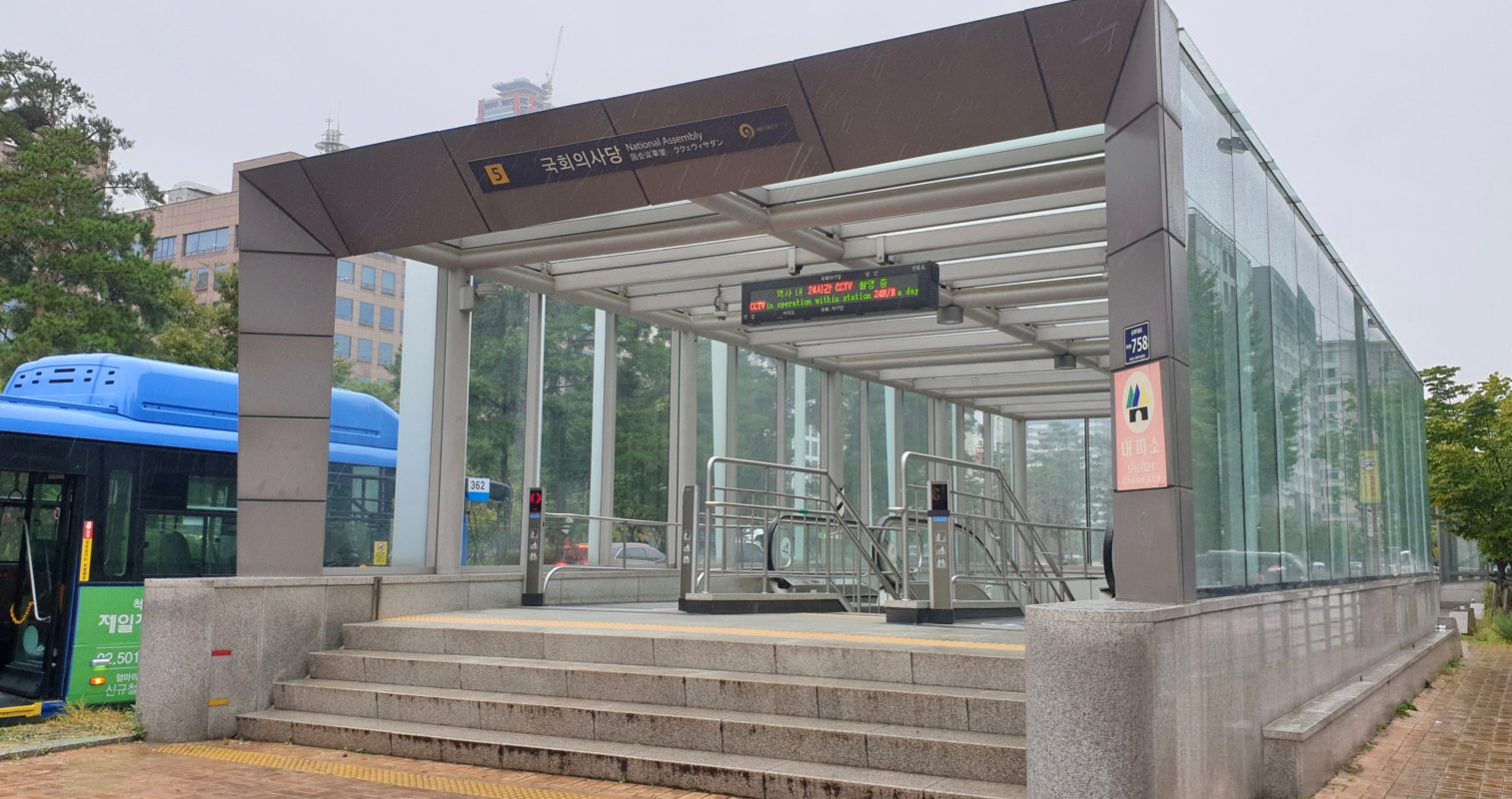 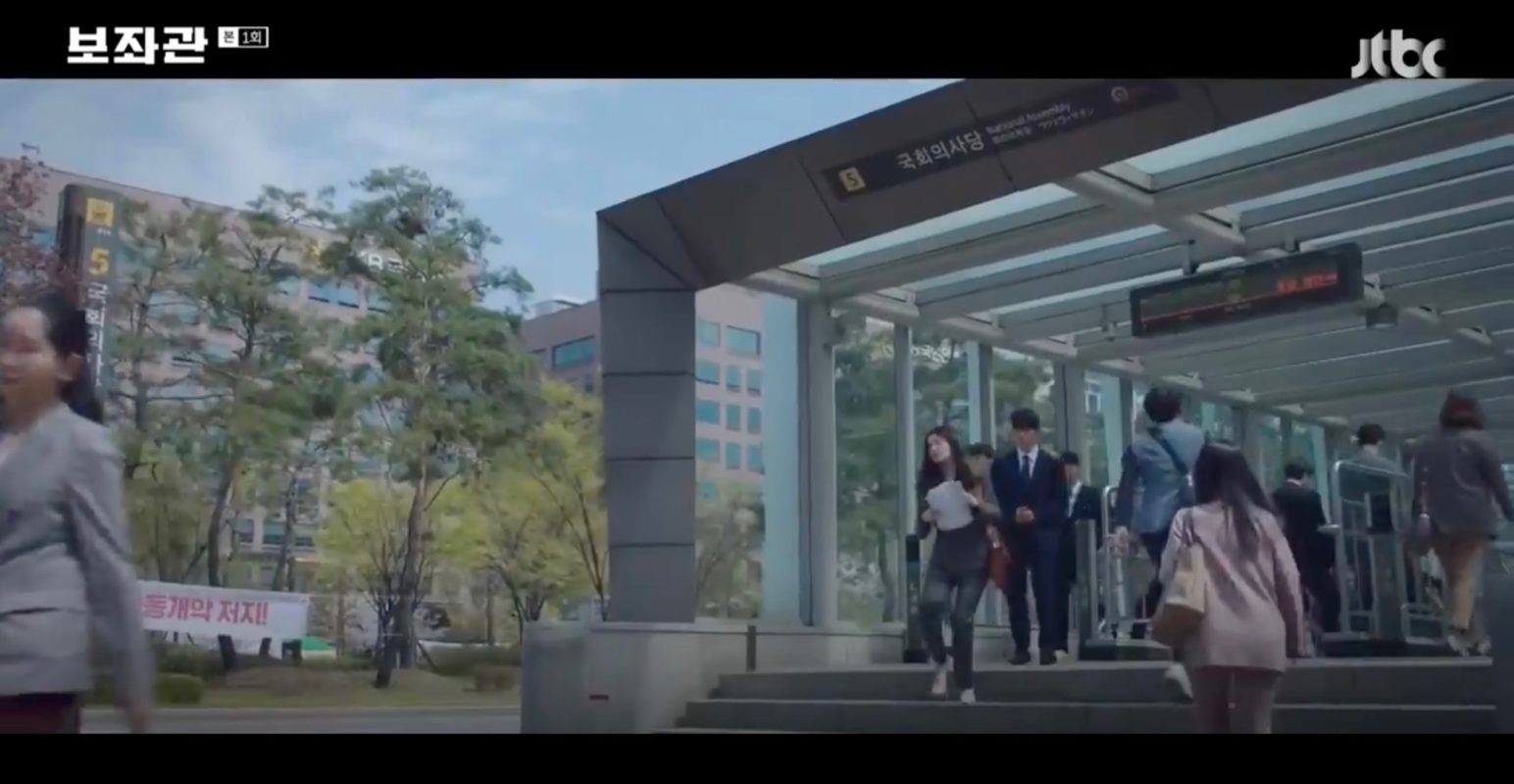 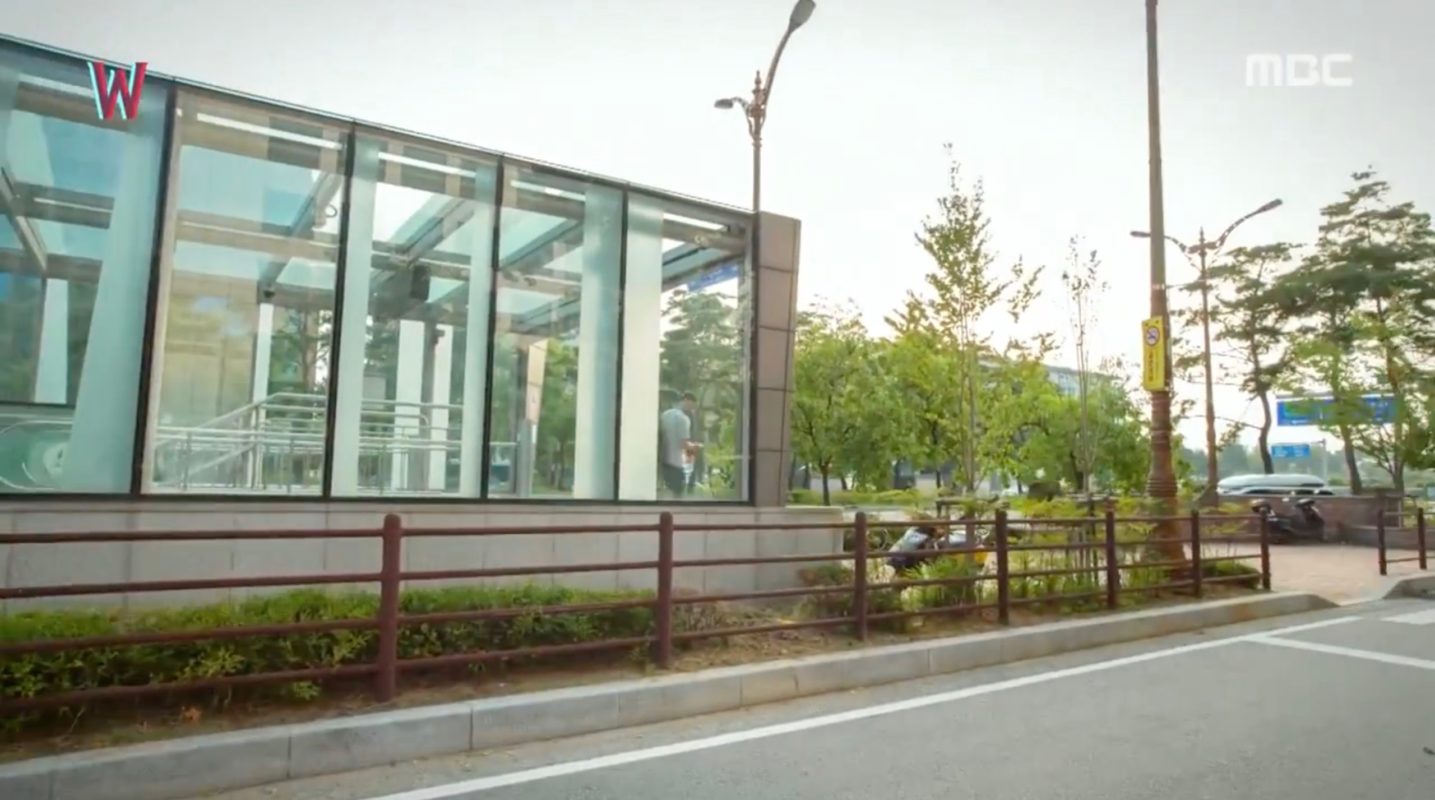 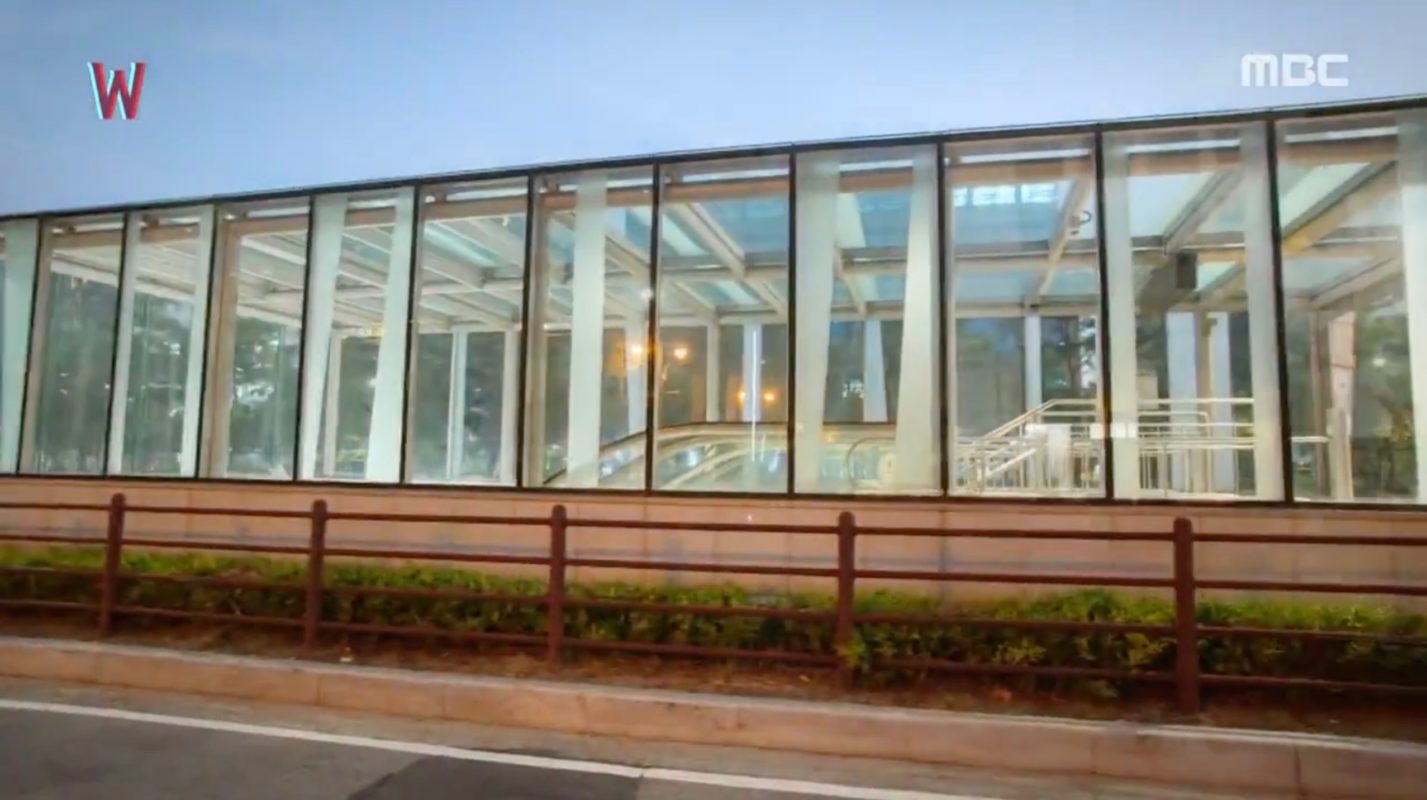 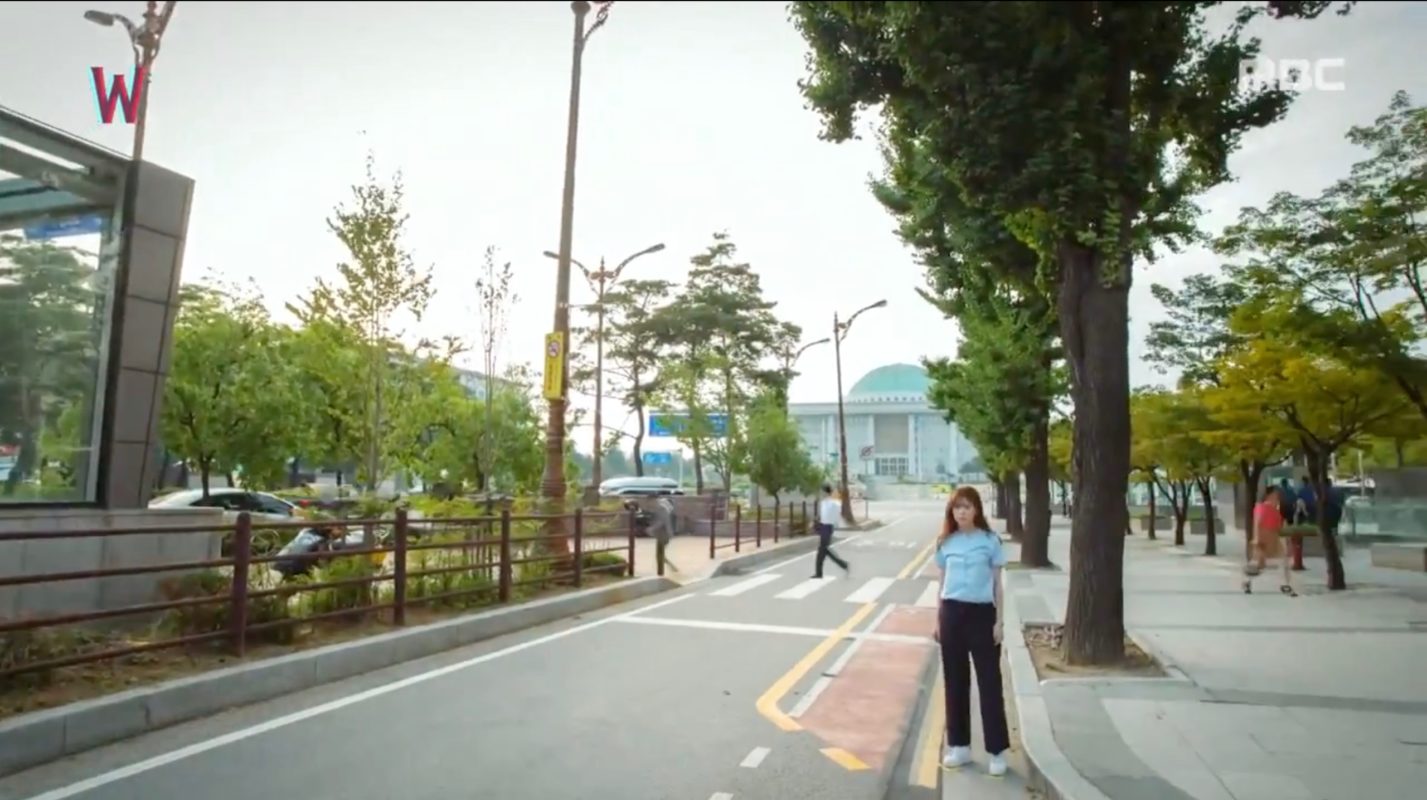 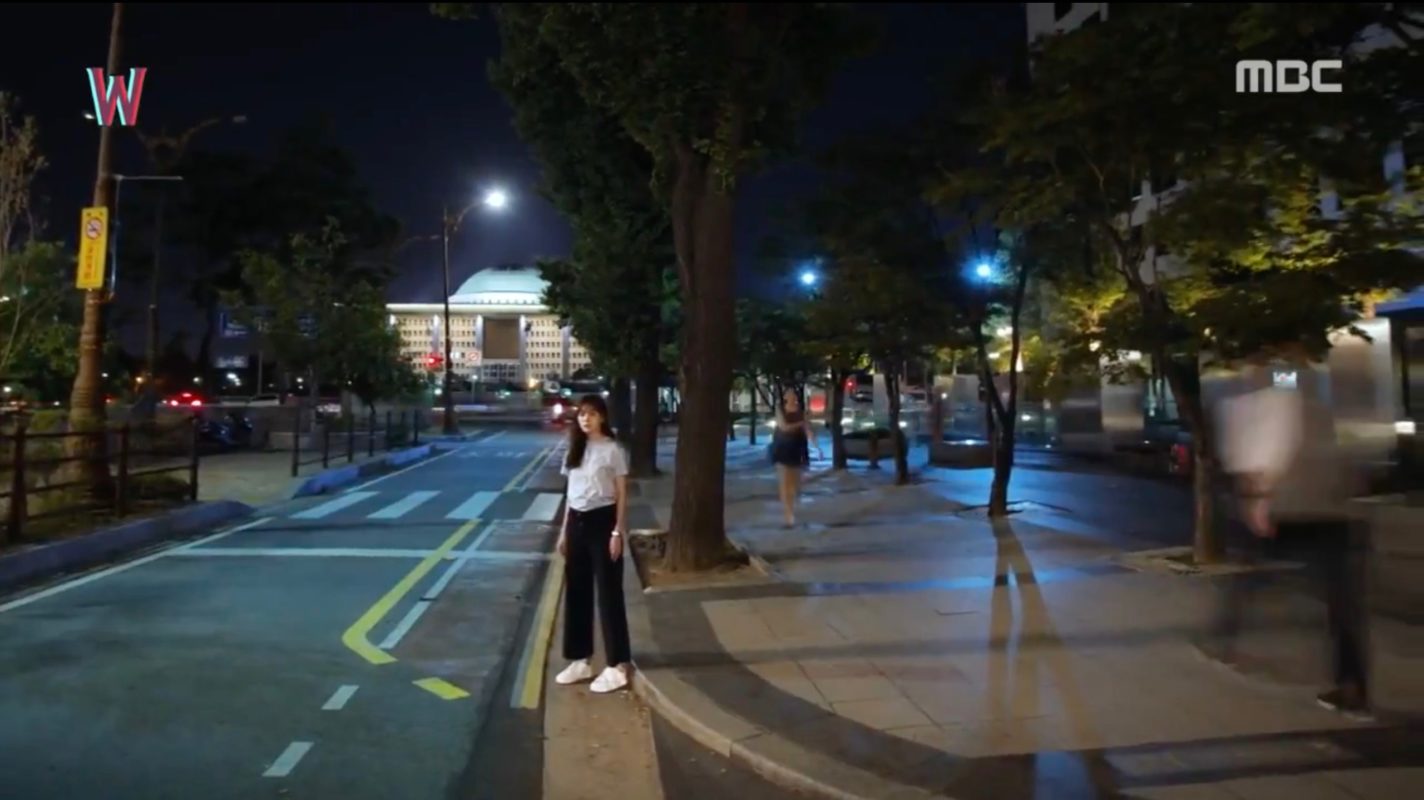 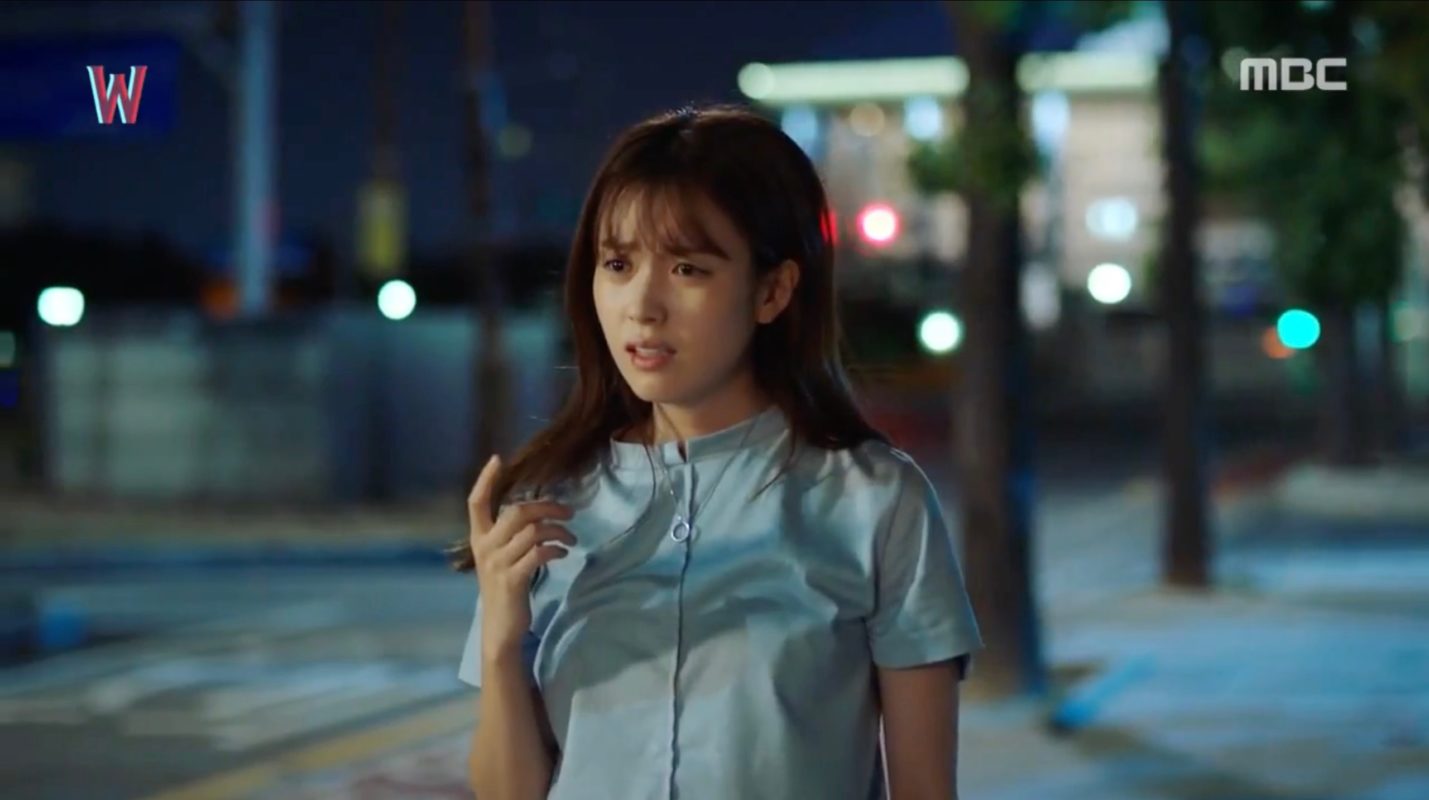 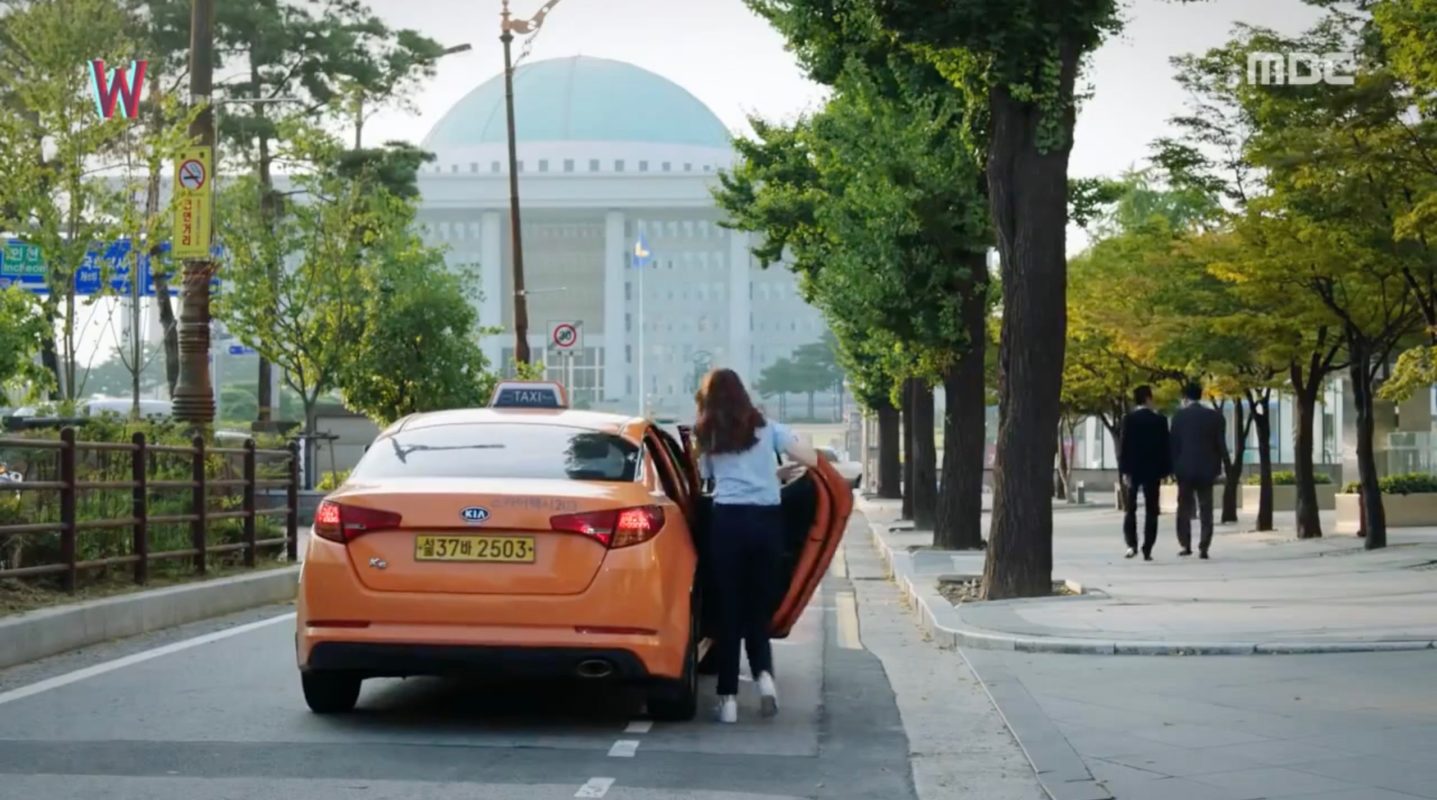 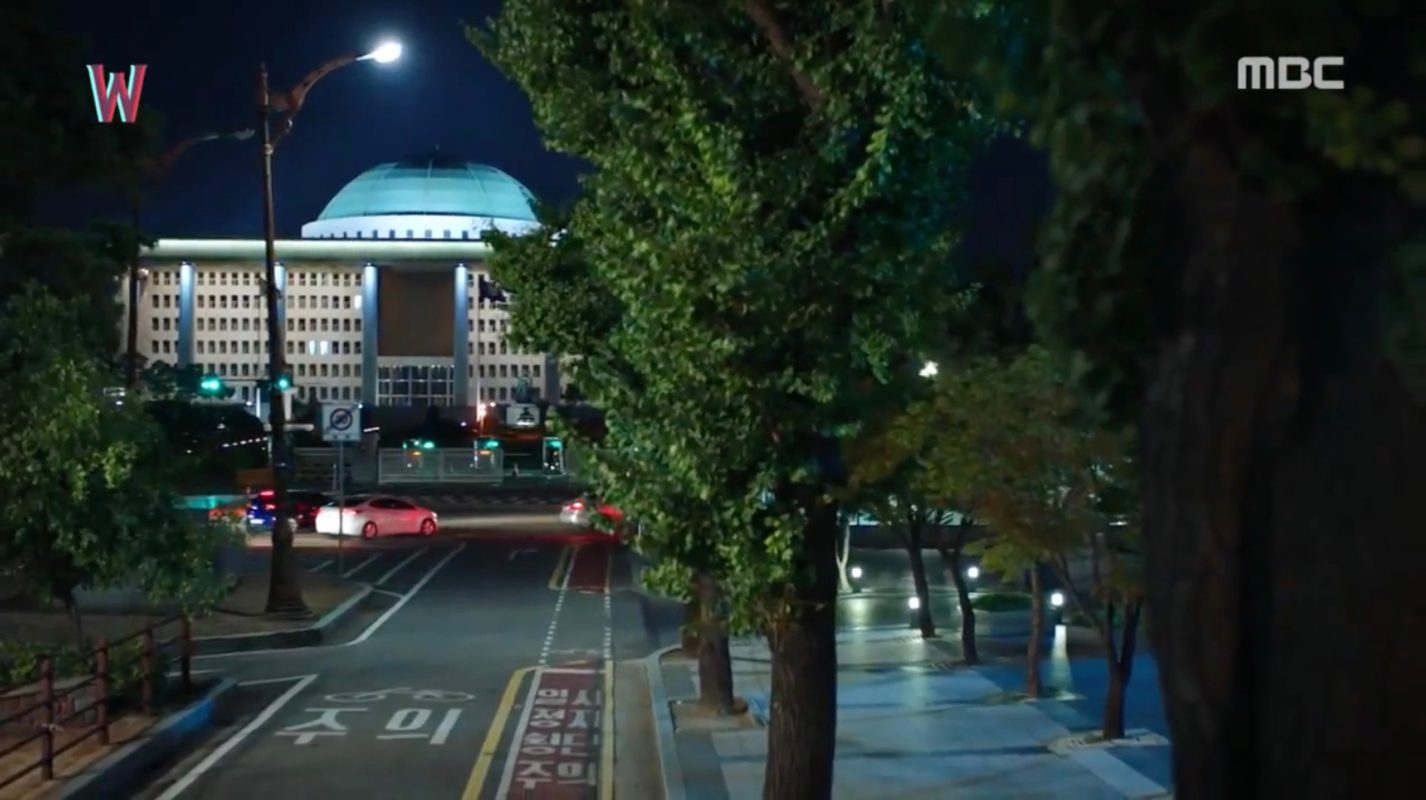 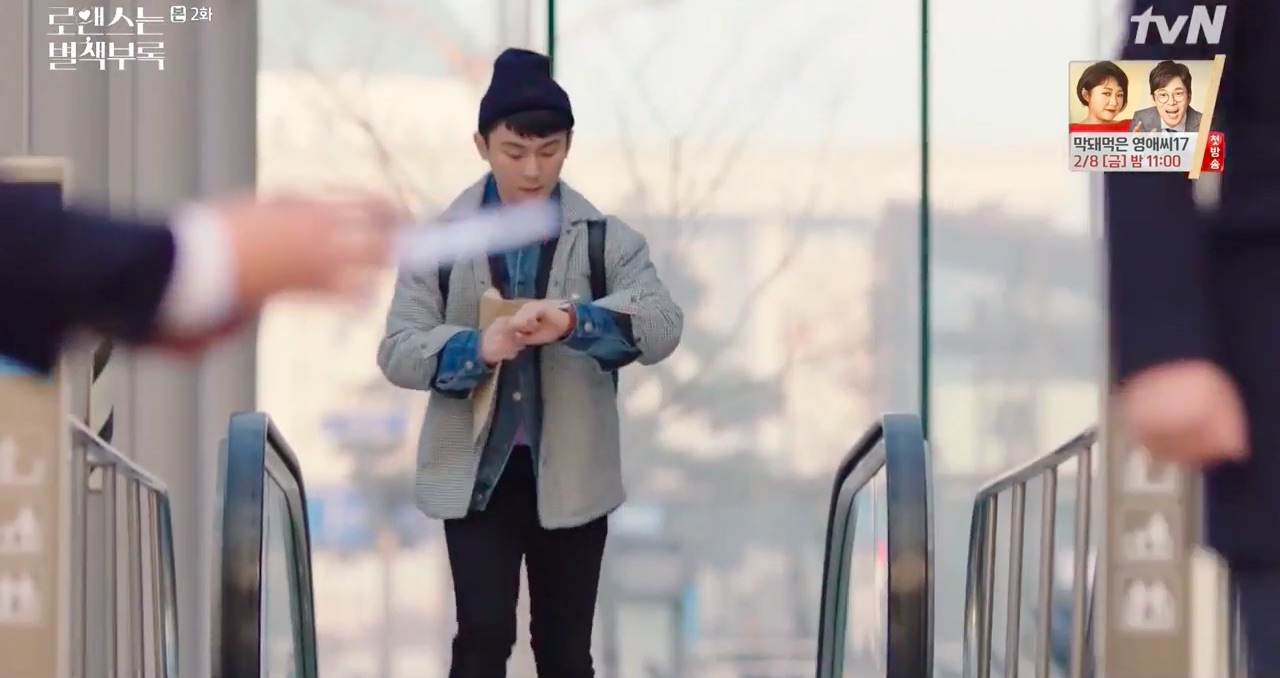 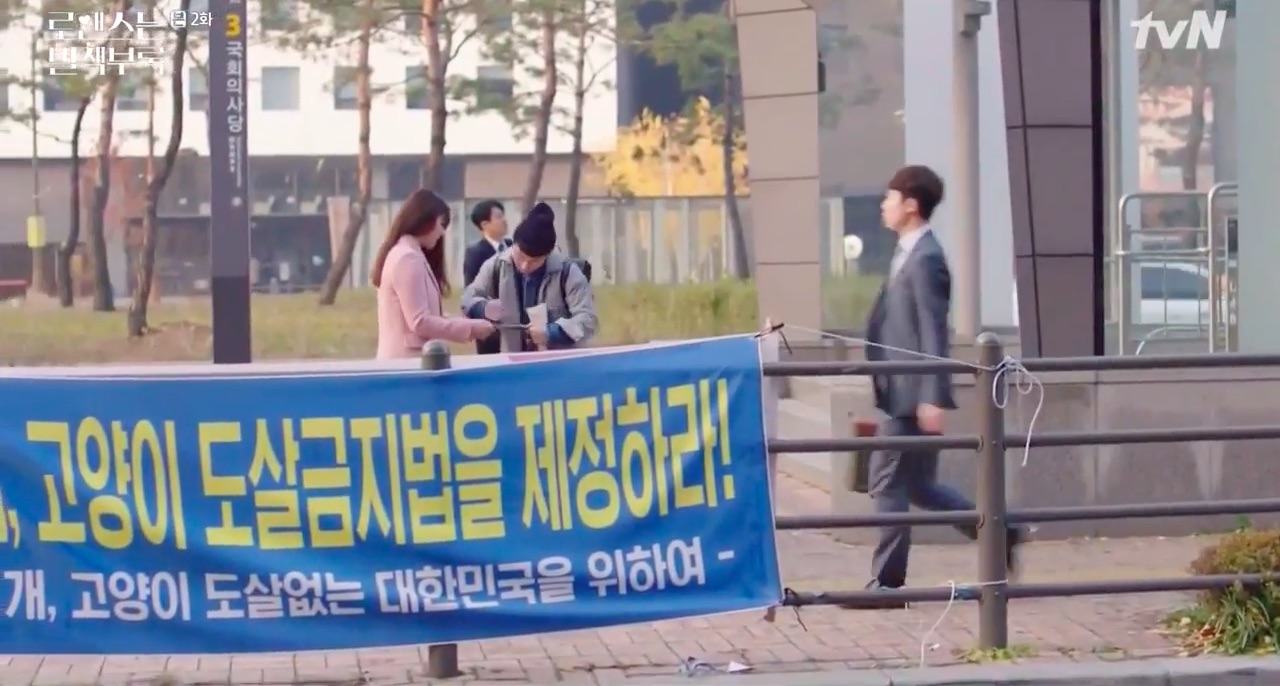 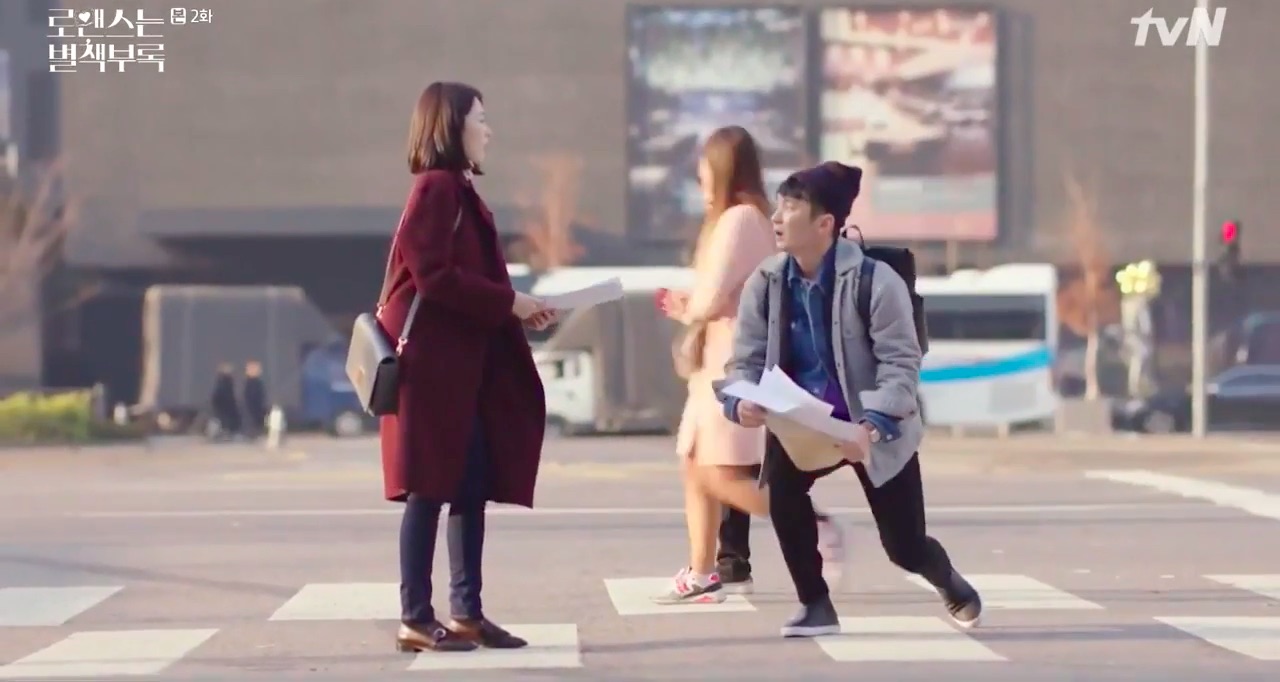 Han Do-kyung (Kim Dong-joon) gets out off Exit 5 of this station when heading to work in episode 1 of Chief Of Staff/Aide (보좌관) (JTBC, 2019).

New employee Park Hoon (Kang Ki-doong) emerges from Exit 3 of this station in episode 2 of Romance is a Bonus Book/Romance is a Supplement/How To Publish Love (로맨스는 별책부록) (tvN, 2019), and backtracks to sign an animal related petition. As he crosses a nearby zebra crossing, he knocks into someone — who turns out to be his friend/ex-girlfriend Eun-jeong — causing copies of his resume to go flying.

When Oh Yeon-joo (Han Hyo-joo) arrives in the Manhwa world at Assemblyman Han’s office, she goes for a run and ends up in front of exit 9 of this subway station in episode 11 of W Two Worlds (더블유) (MBC, 2016). While hailing a taxi — one month has already past in Manhwa time.

National Assembly Station [국회의사당역], which opened in 2009, is a station on Seoul Subway Line 9 and carries the number 914. The station gets its name from the National Assembly Building, which is situated right in front of this station. It is located in Seoul’s neighborhood Yeouido [Yeouido-dong/여의도동], in the Yeongdeungpo District [Yeongdeungpo-gu/영등포구].