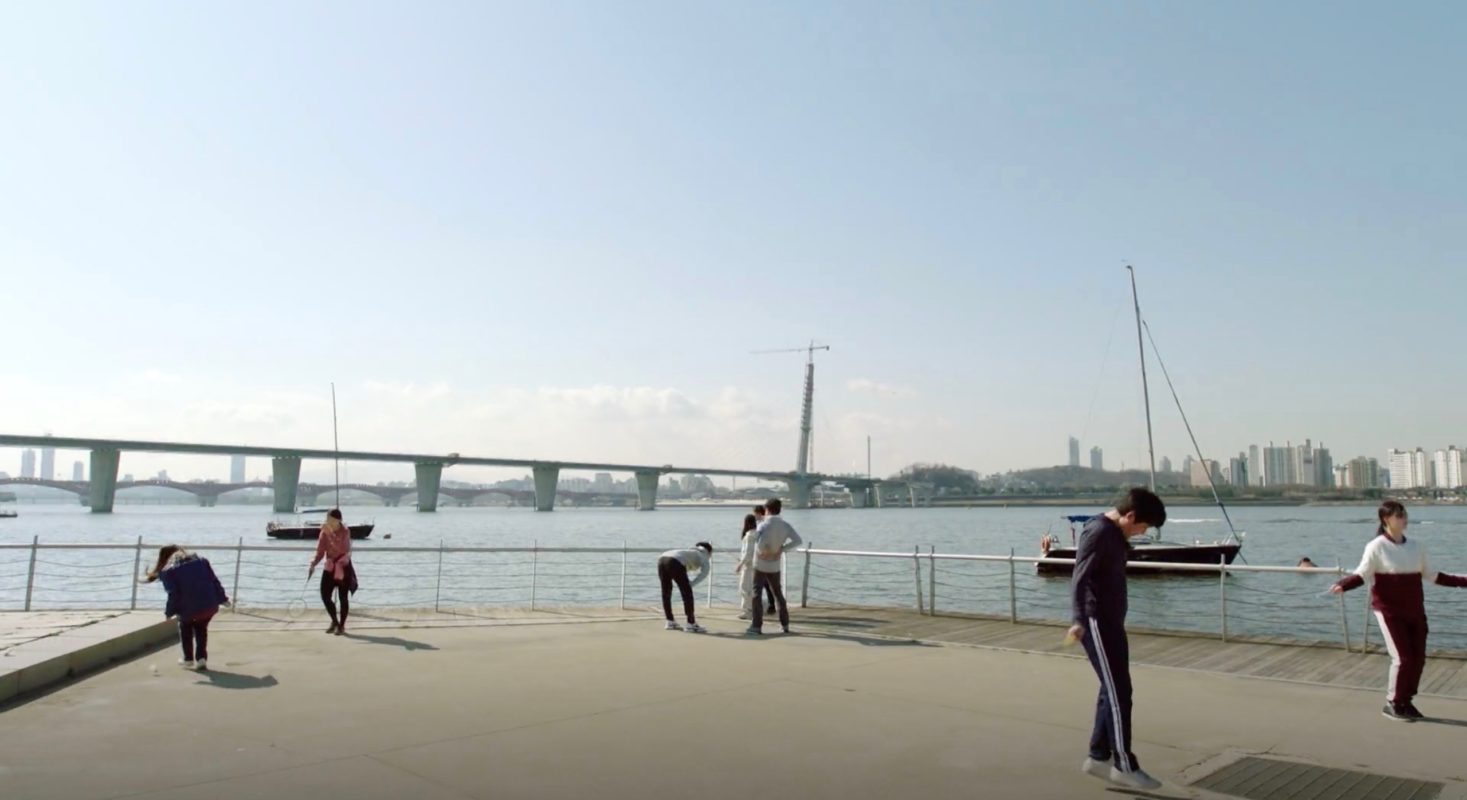 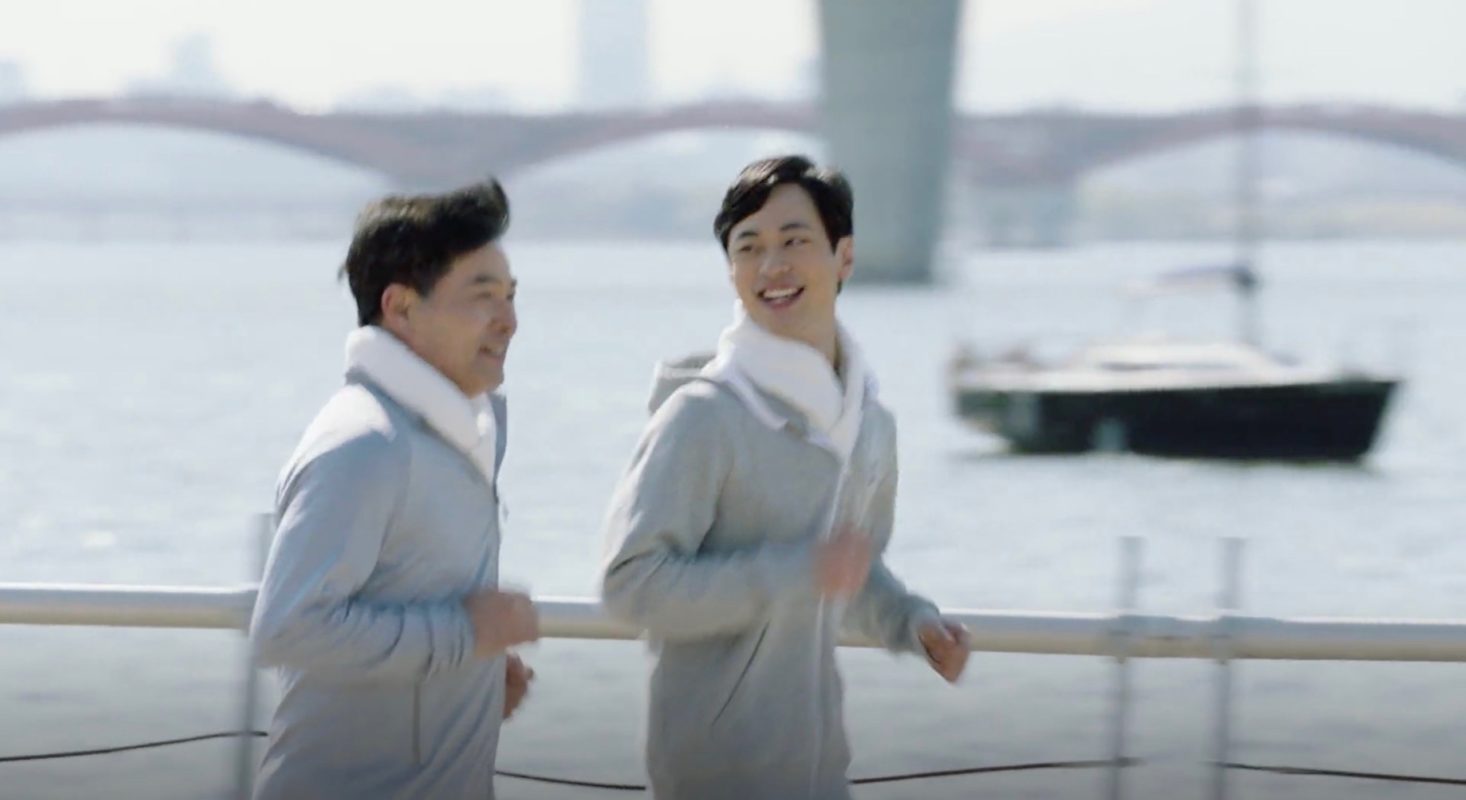 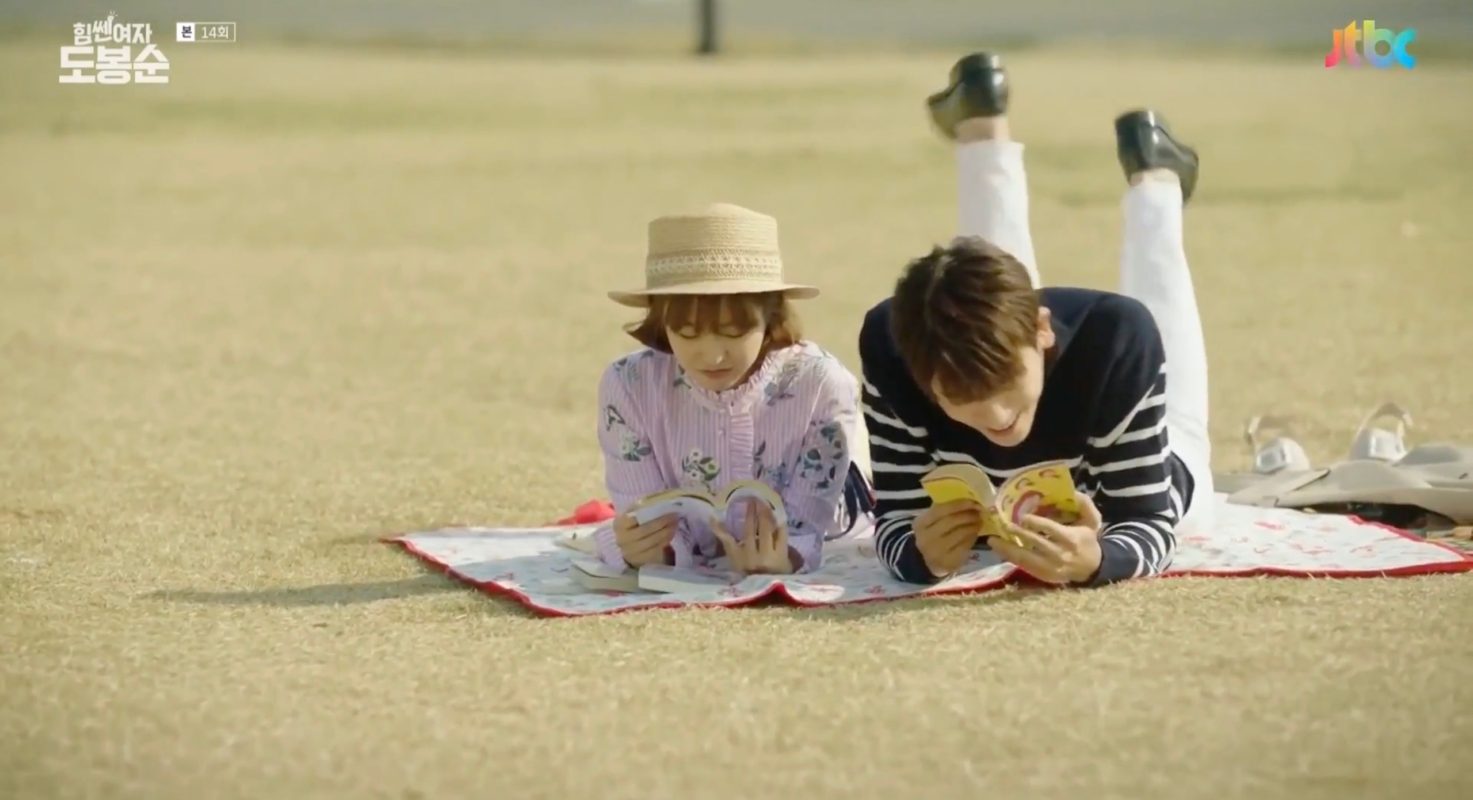 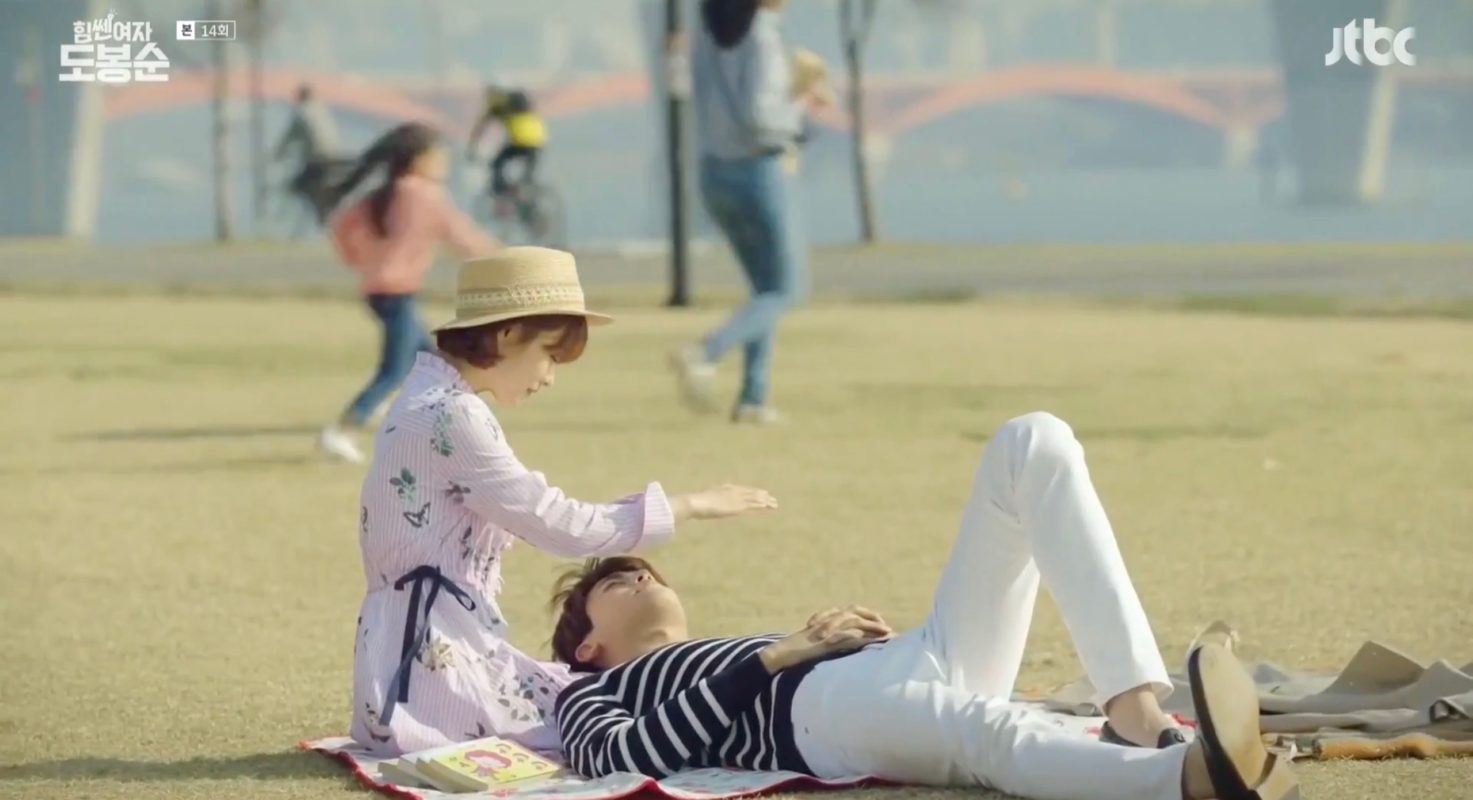 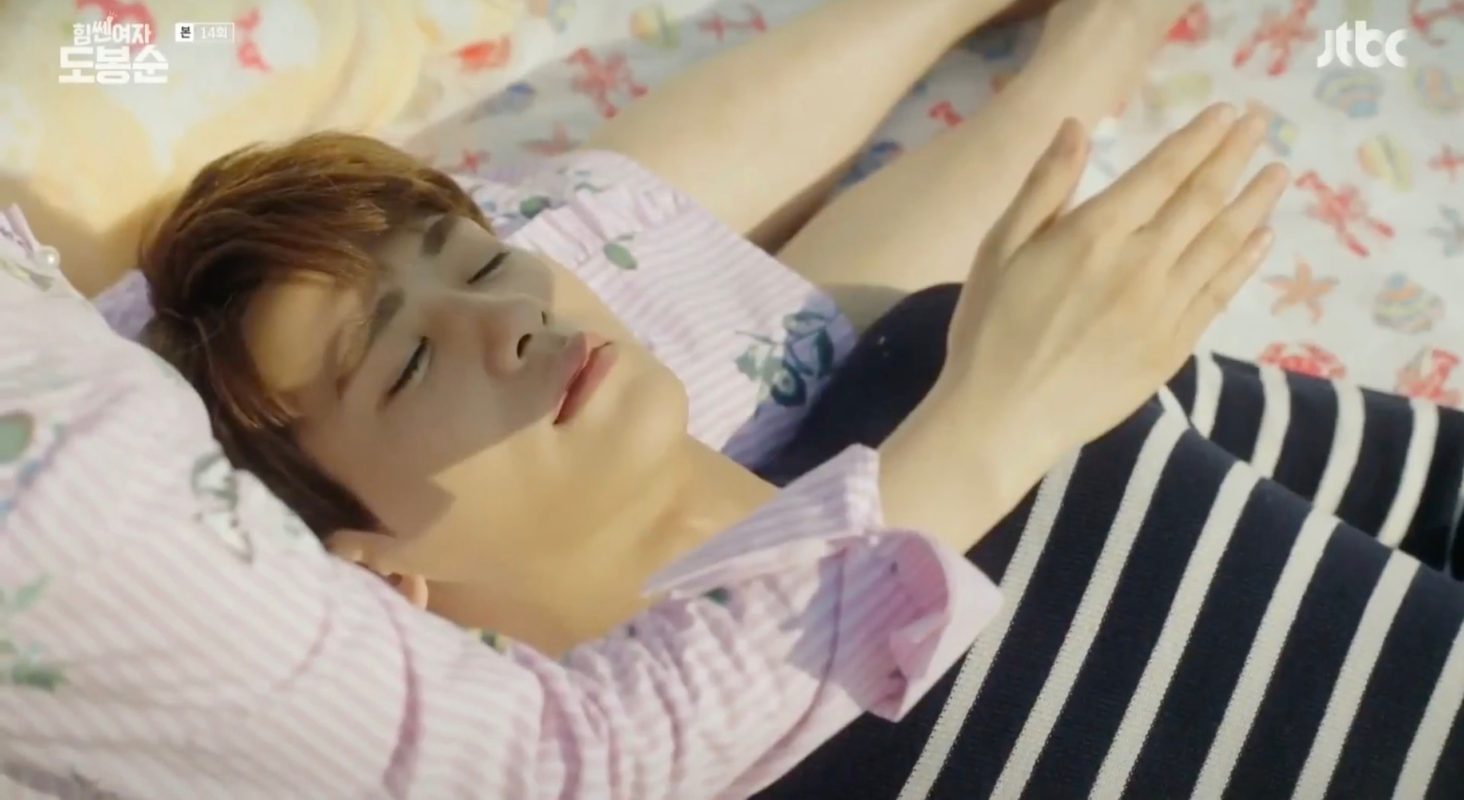 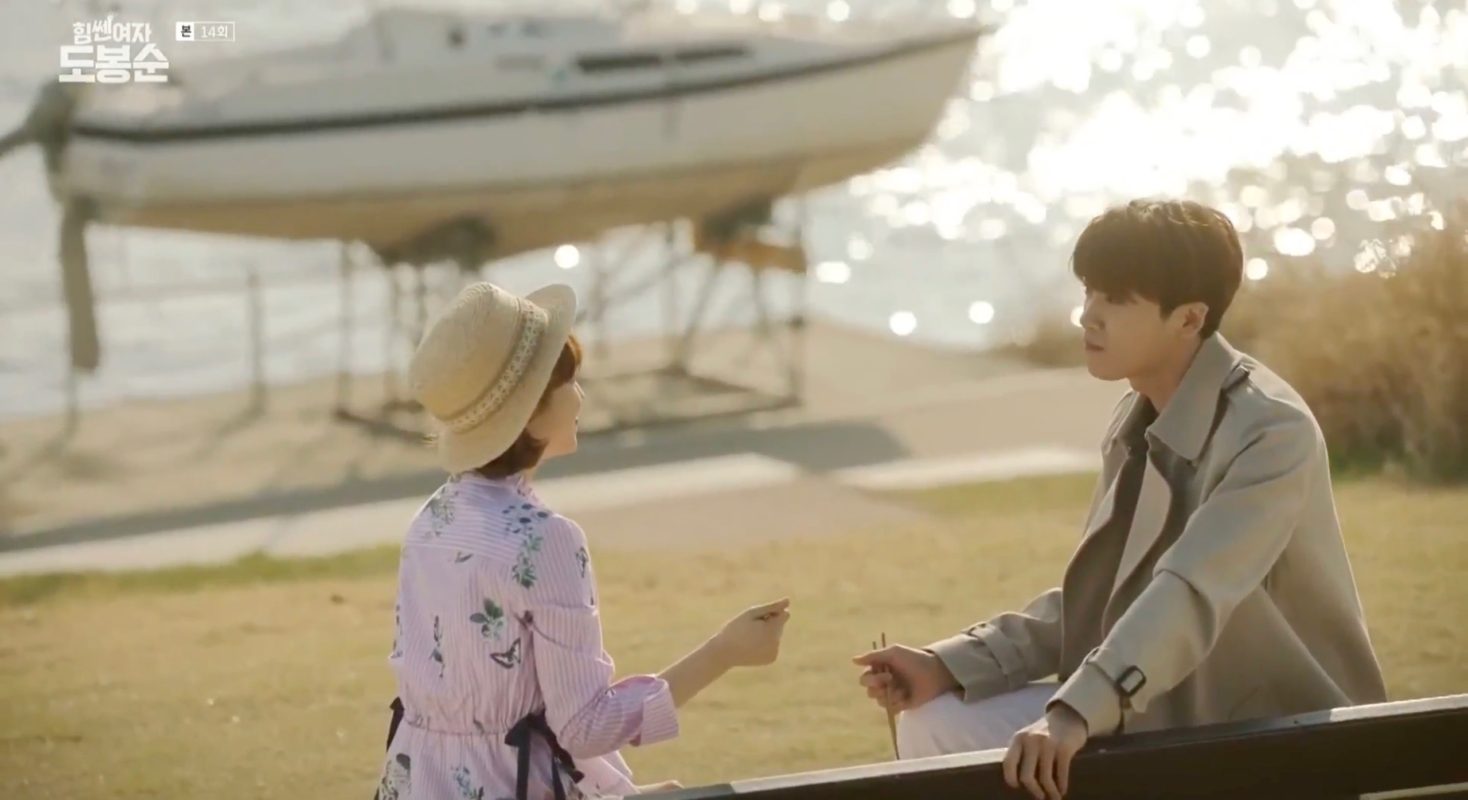 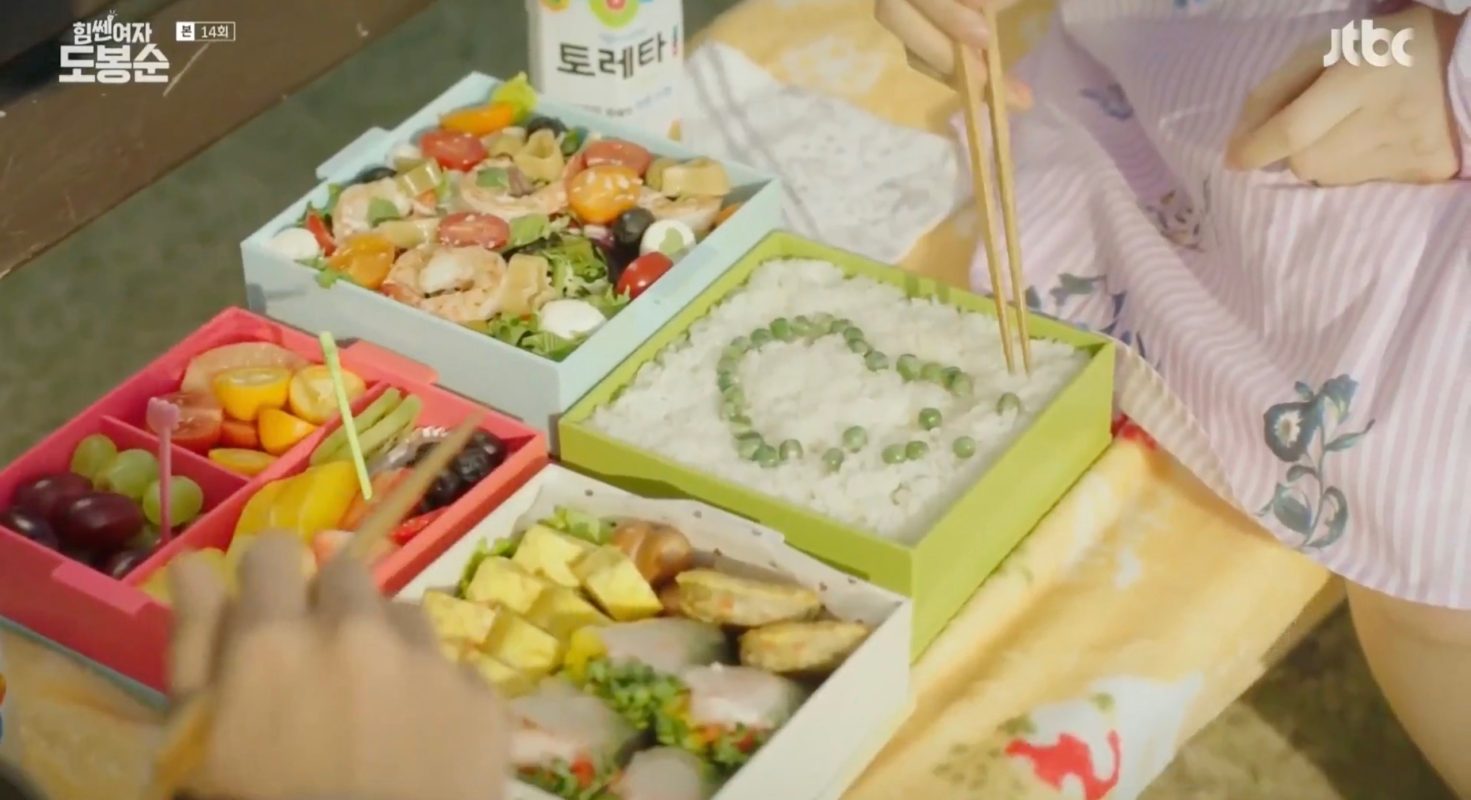 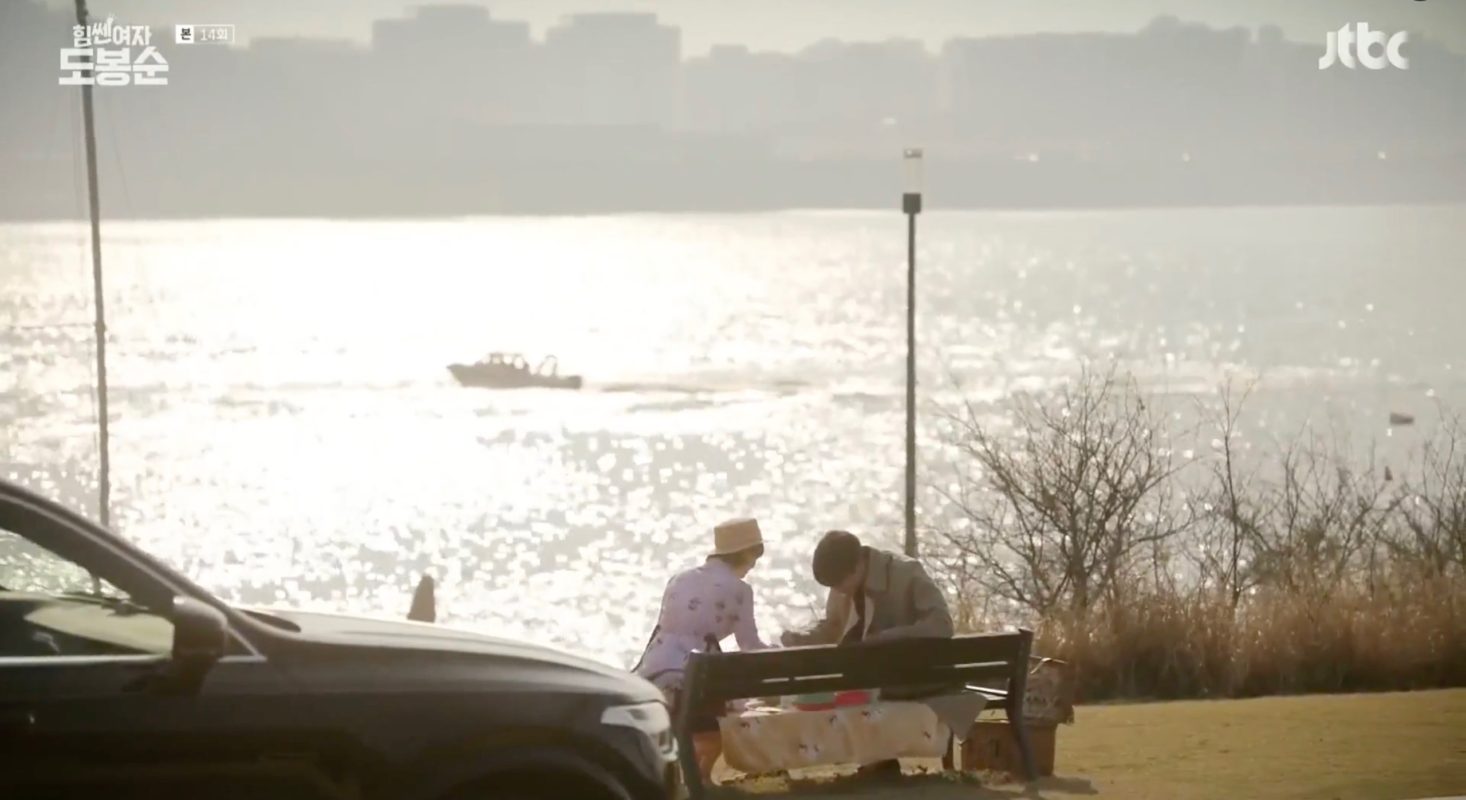 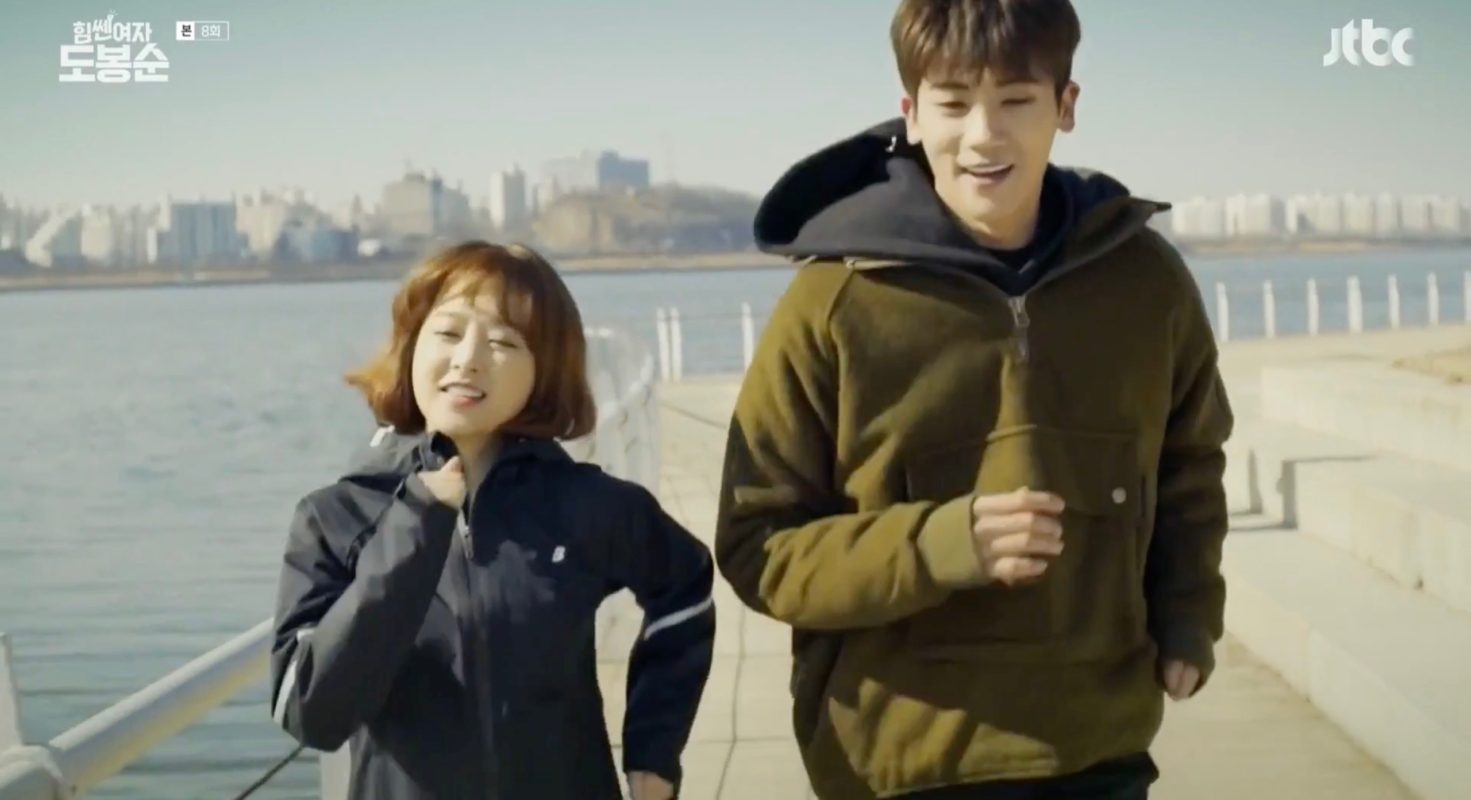 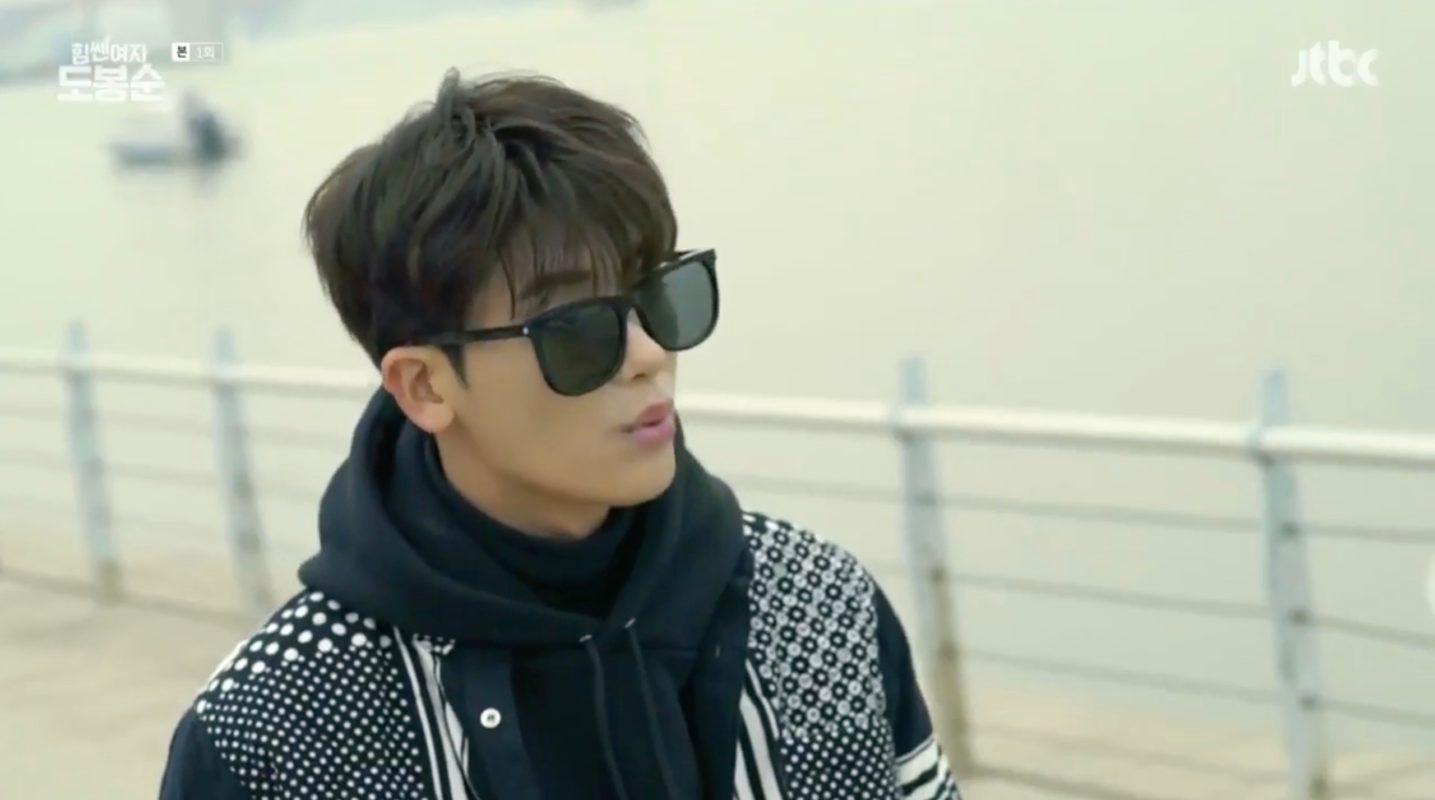 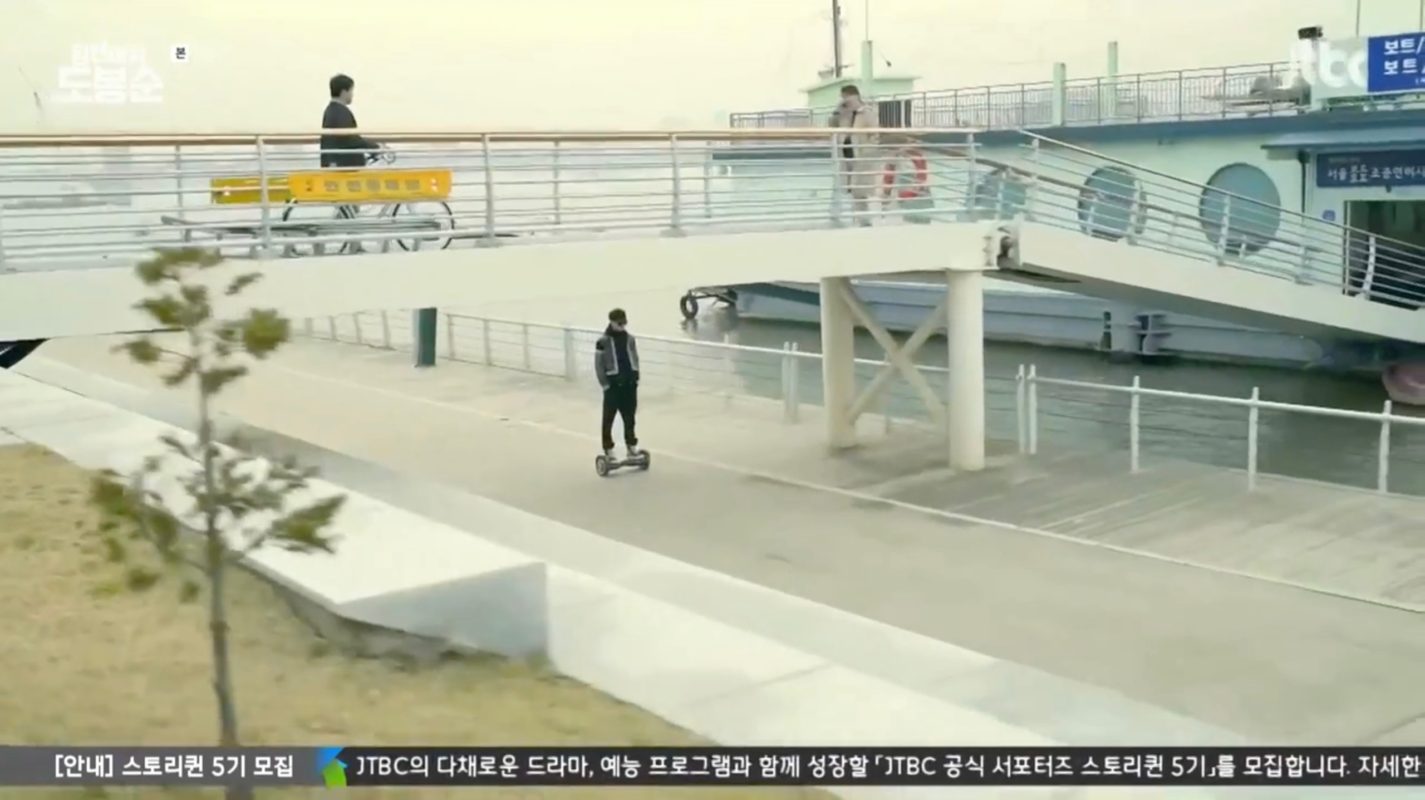 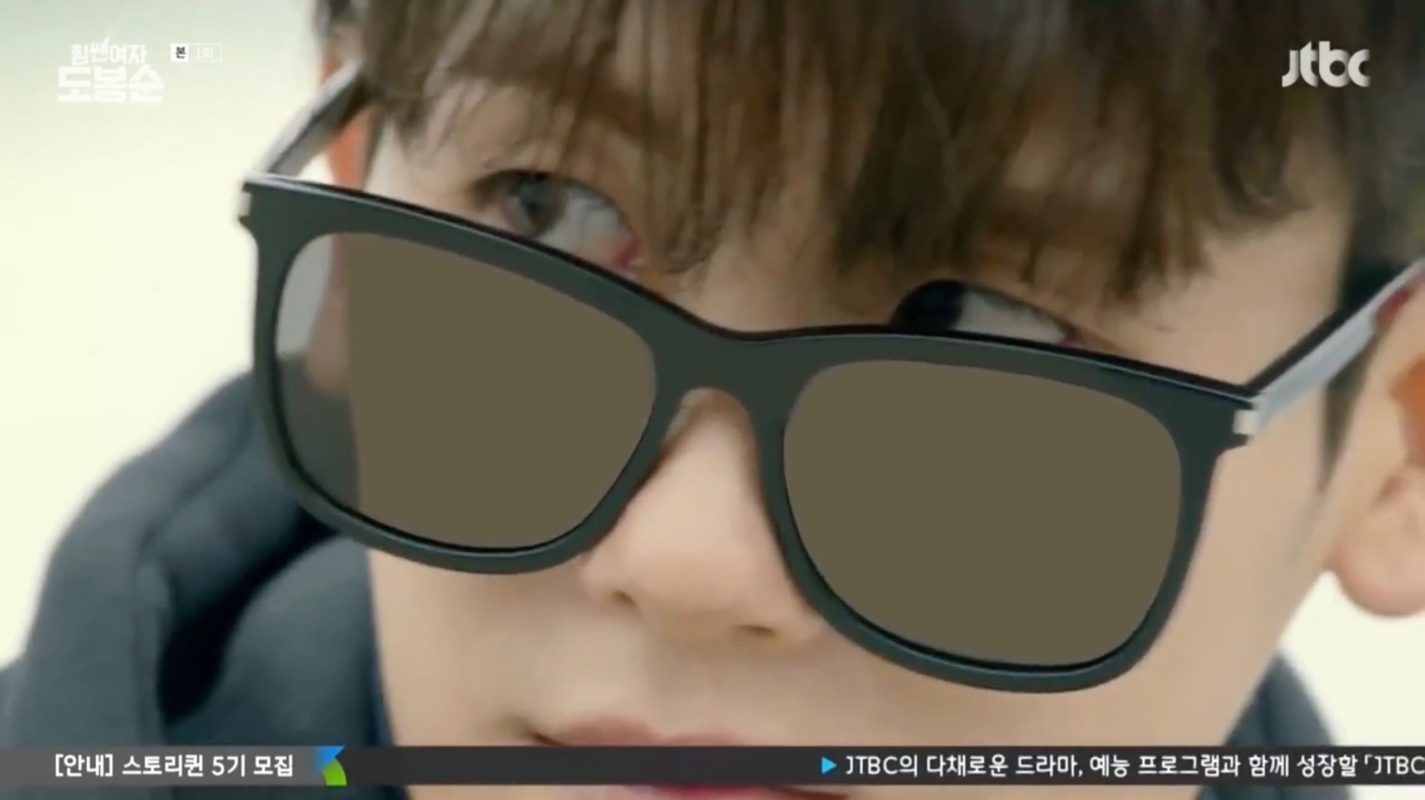 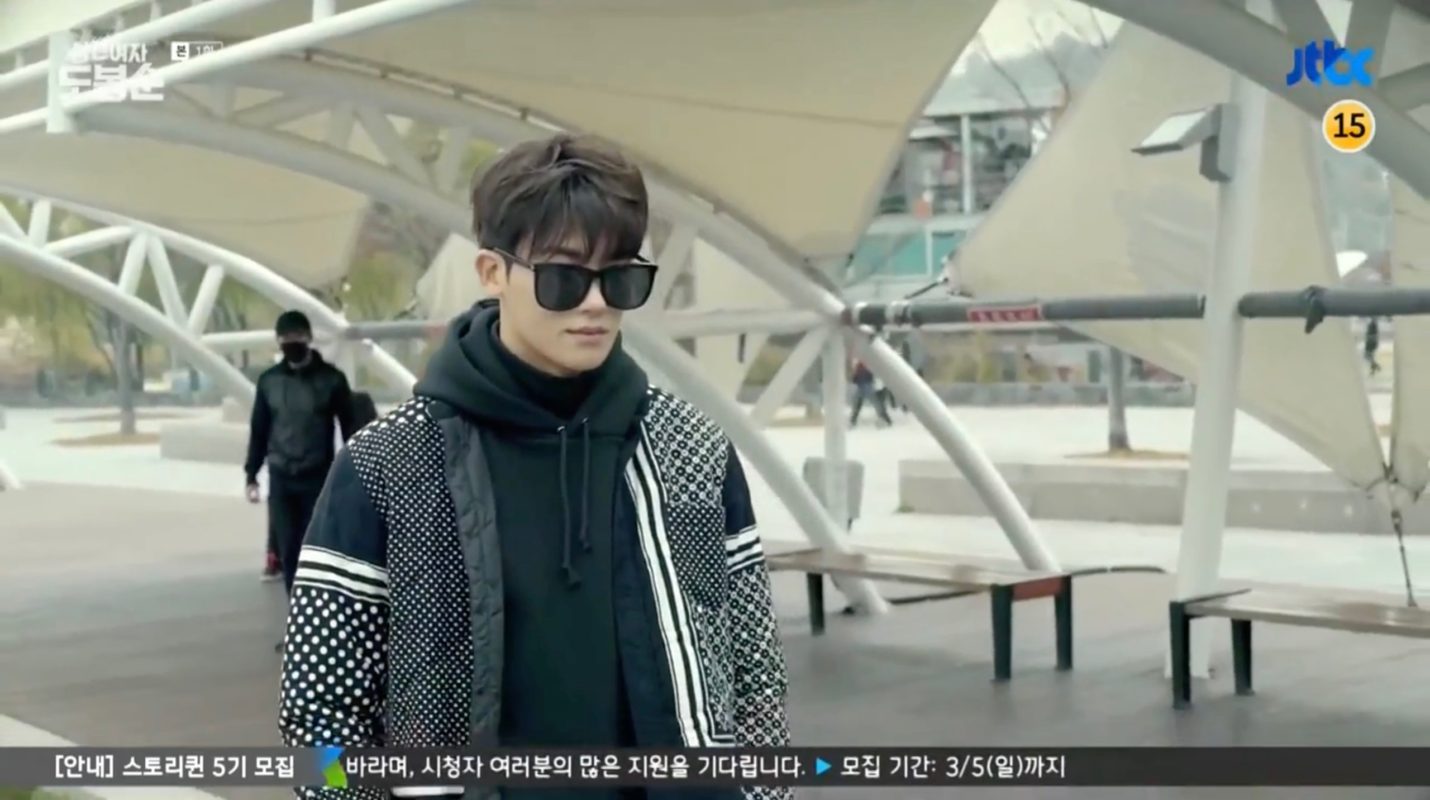 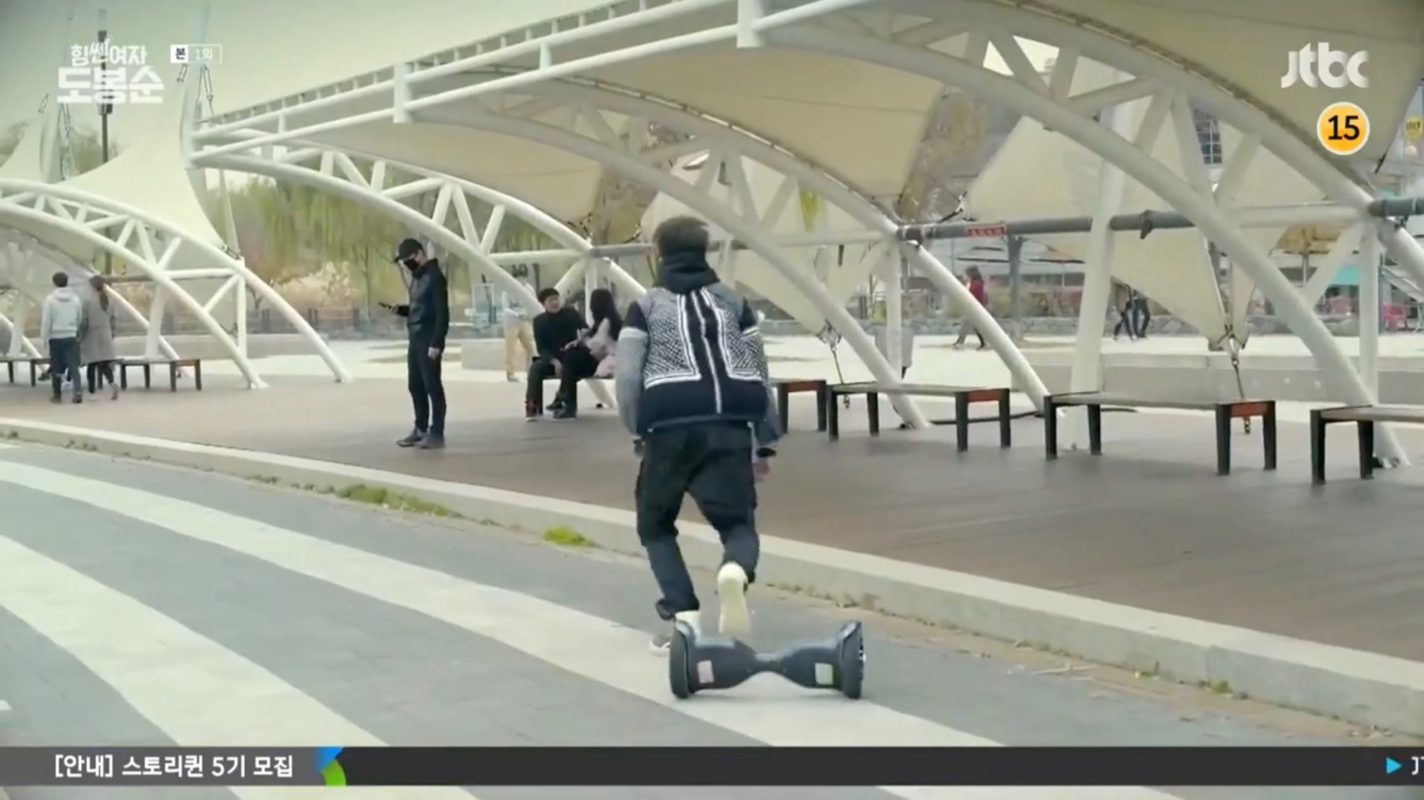 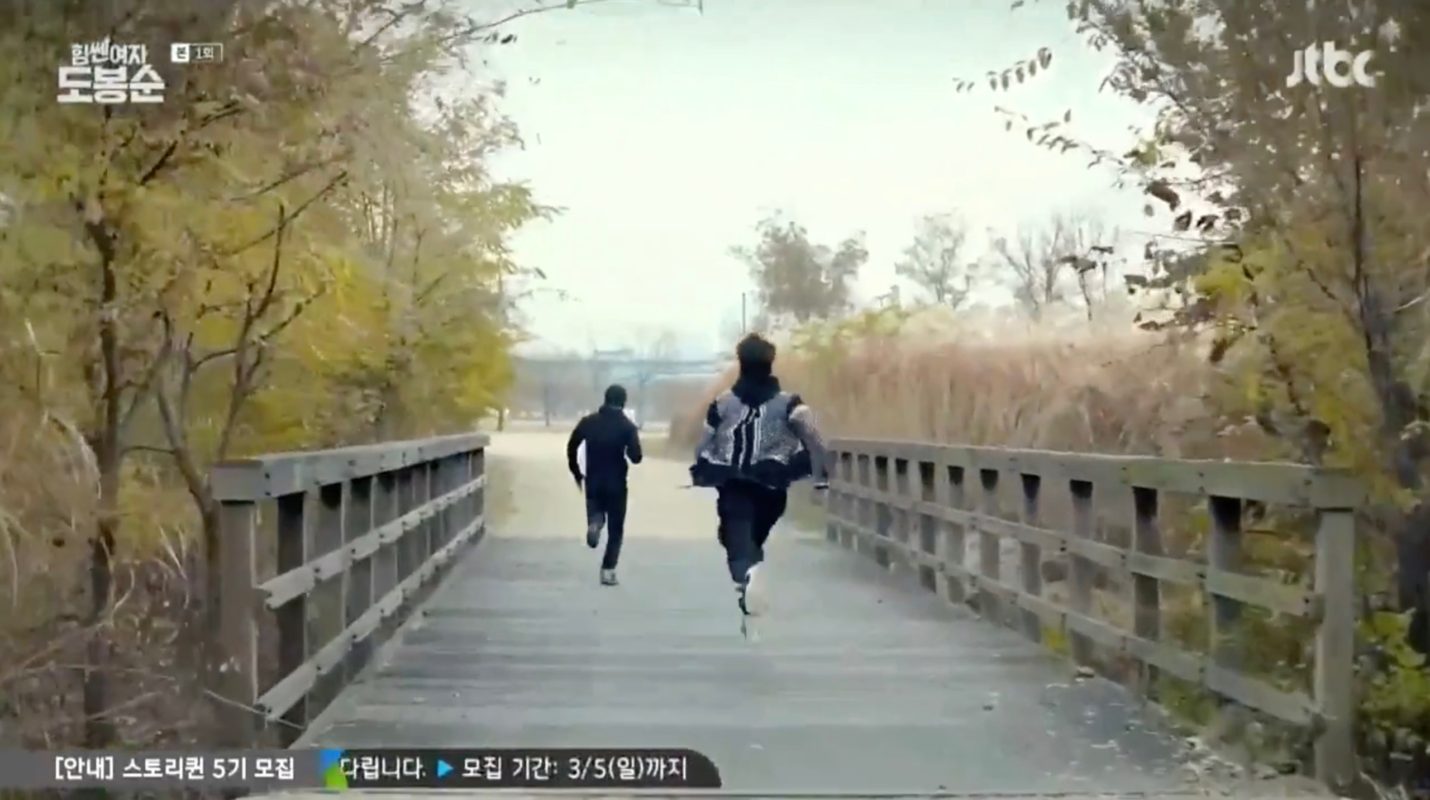 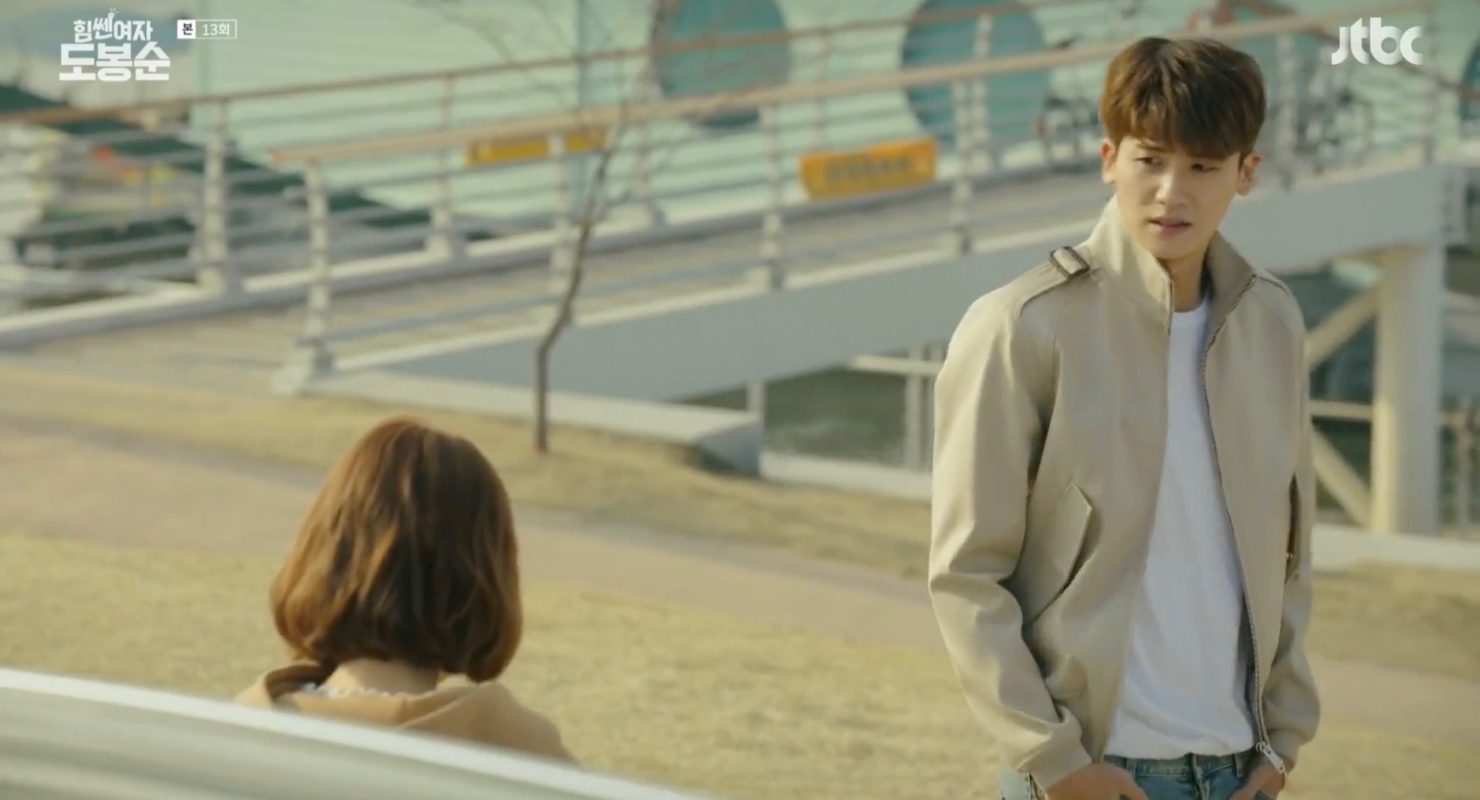 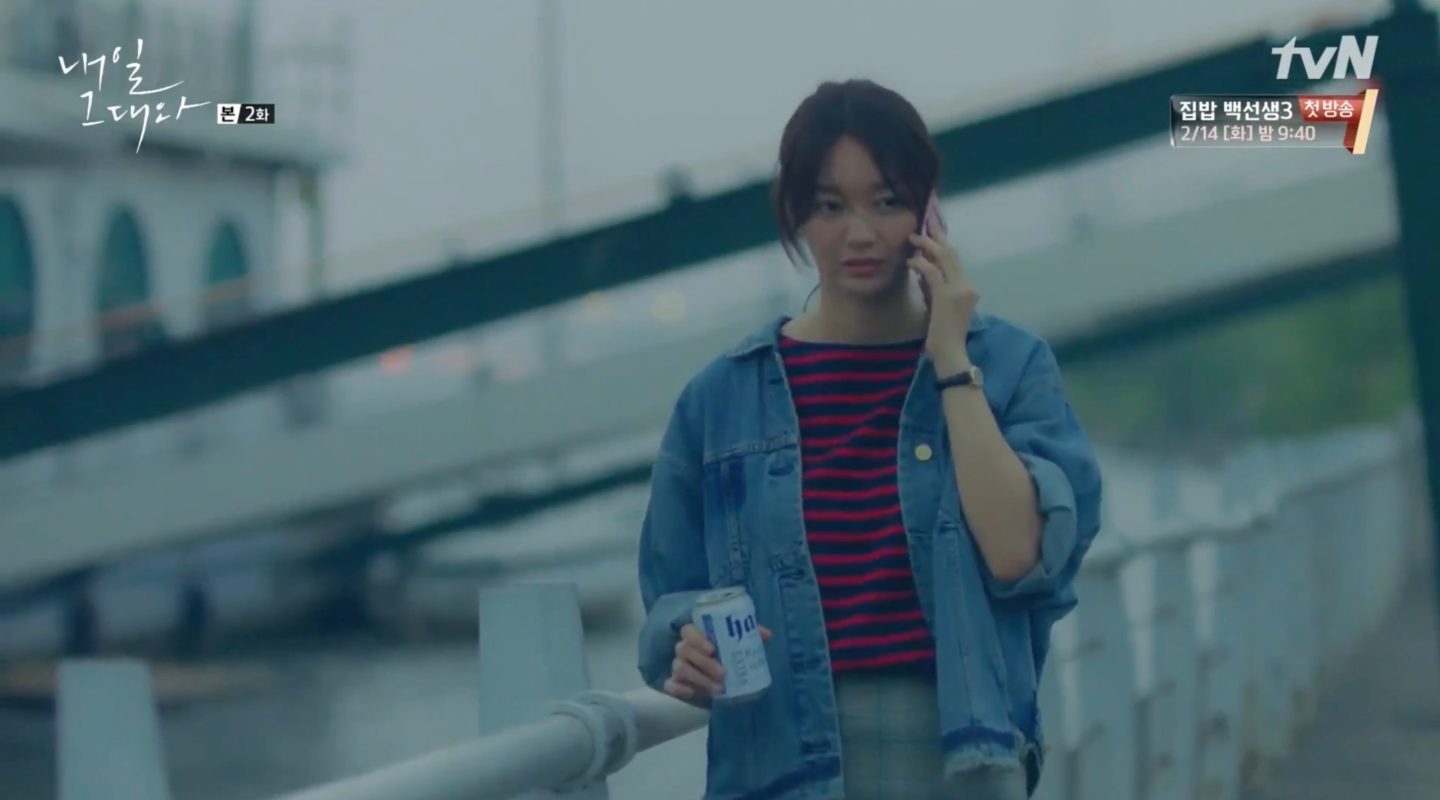 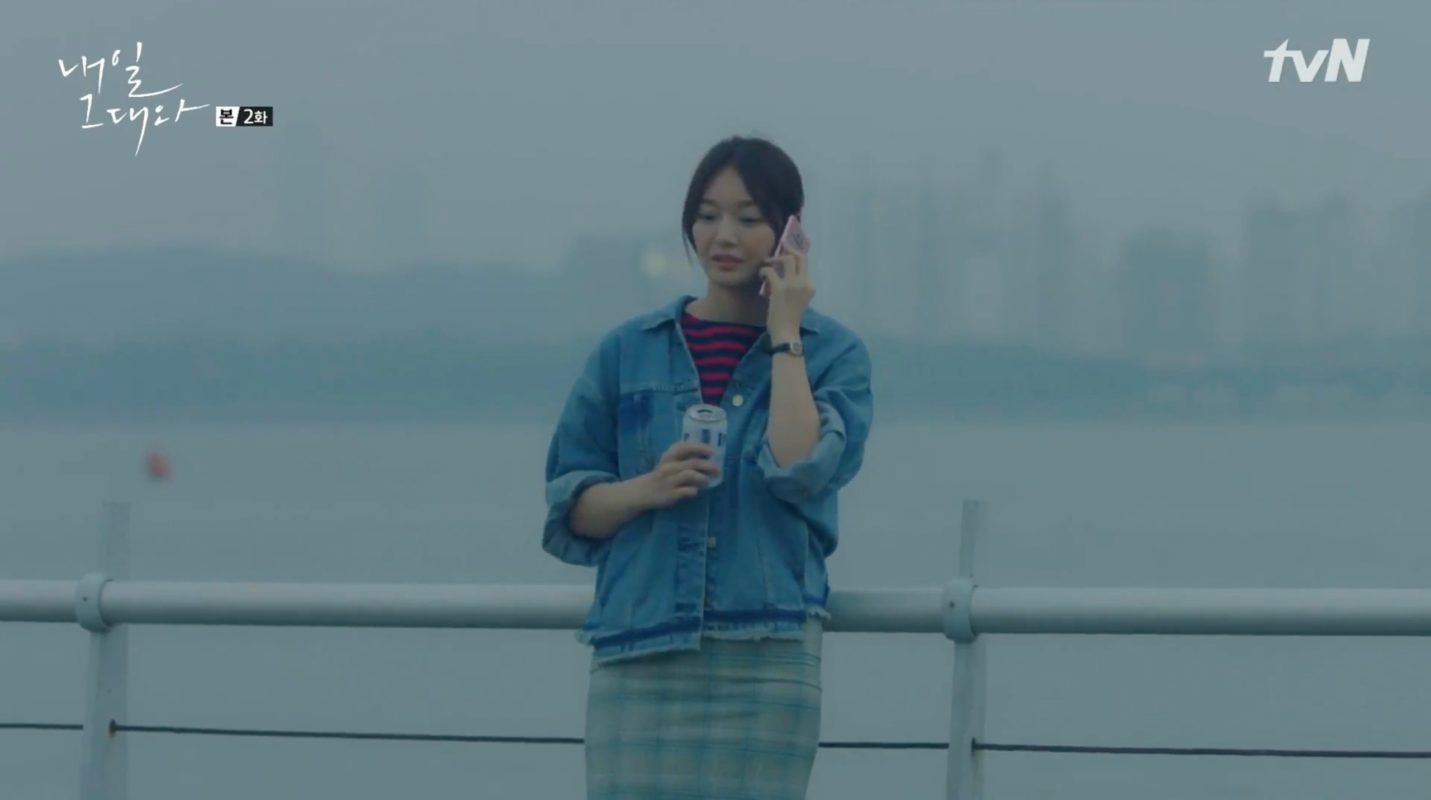 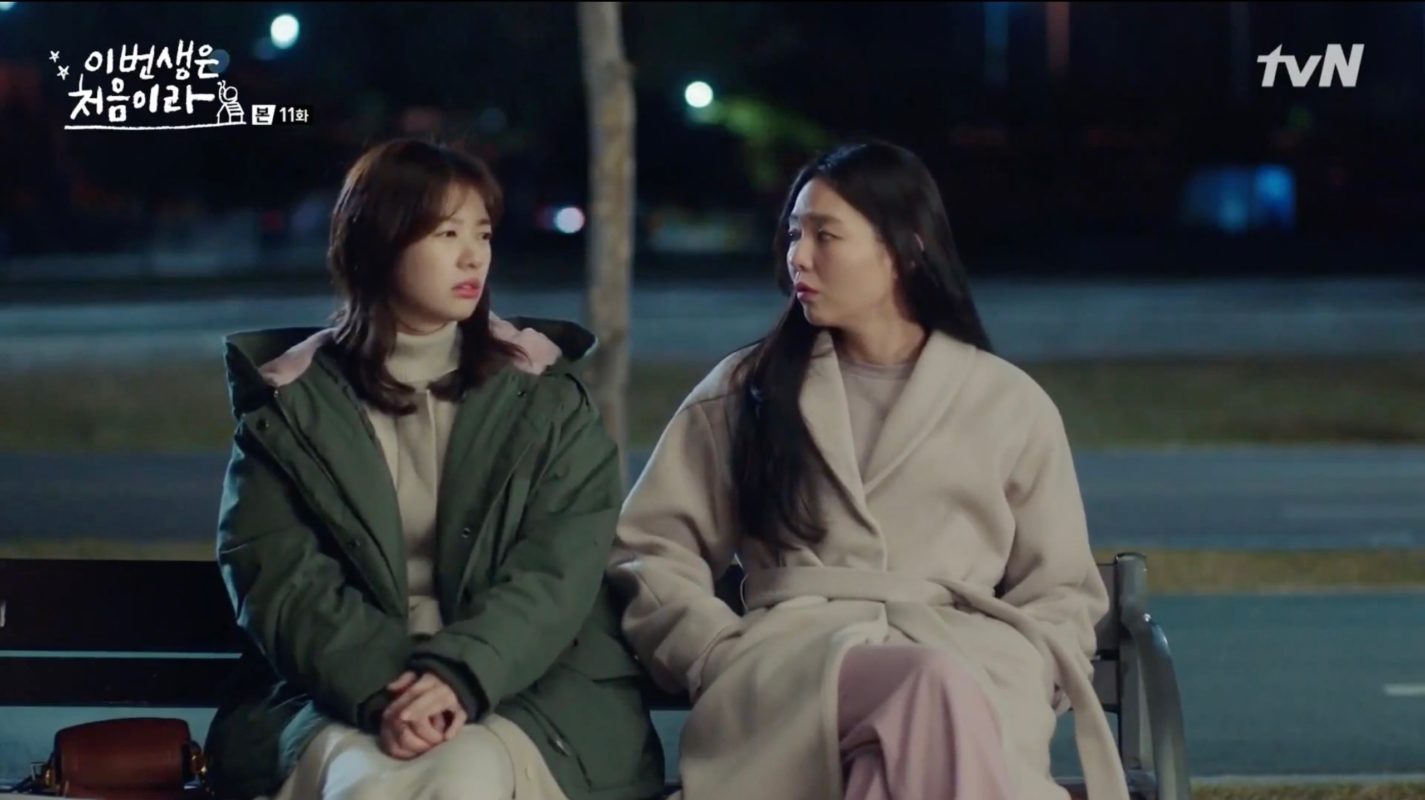 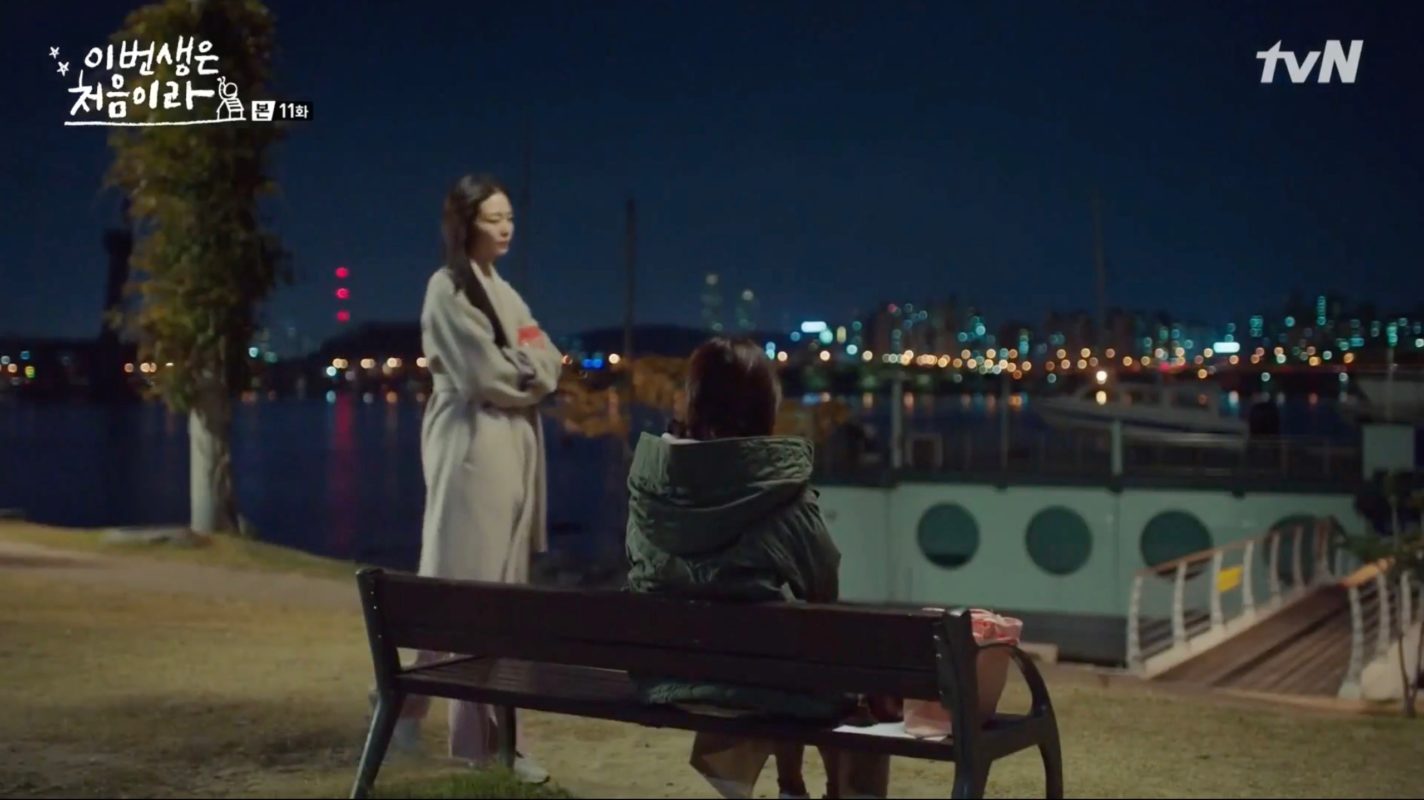 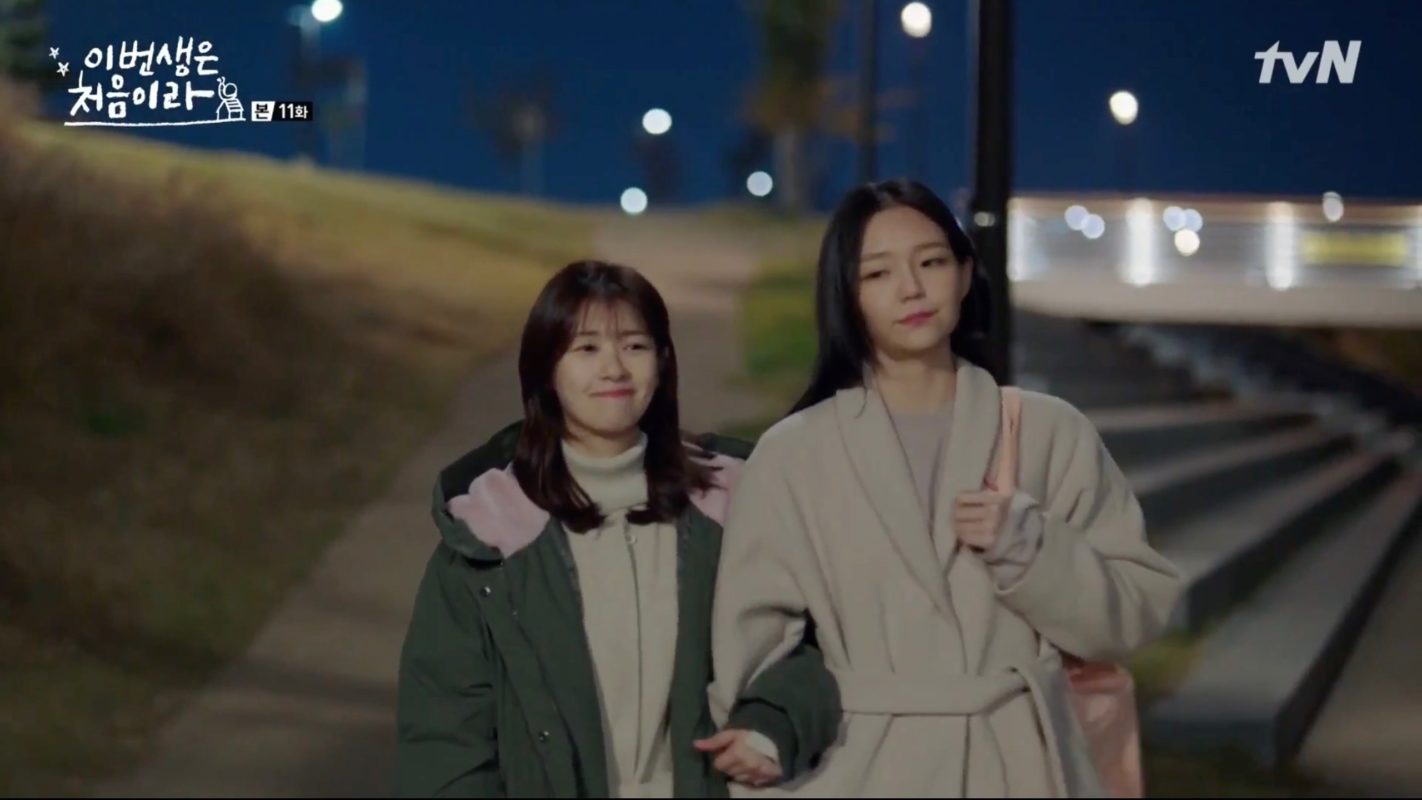 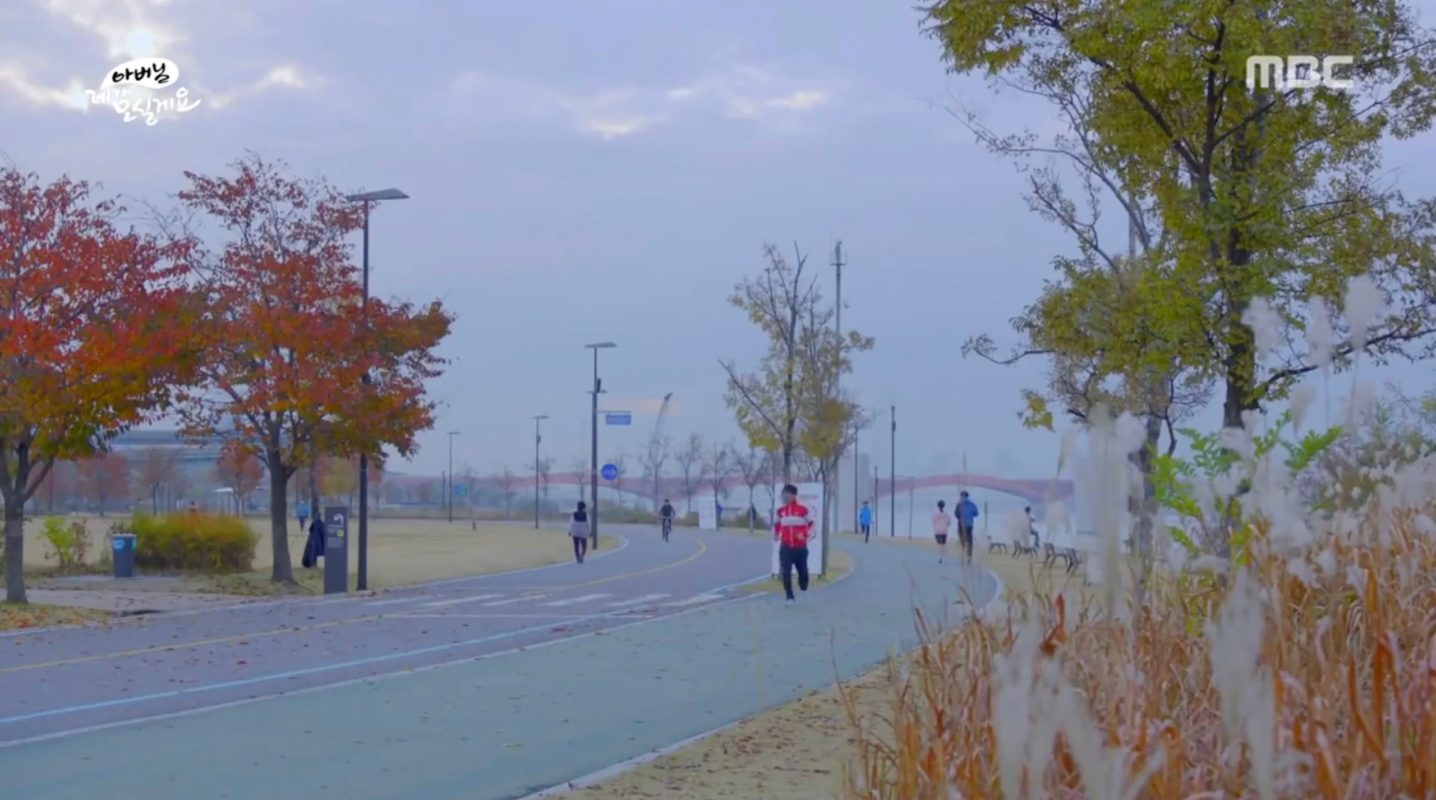 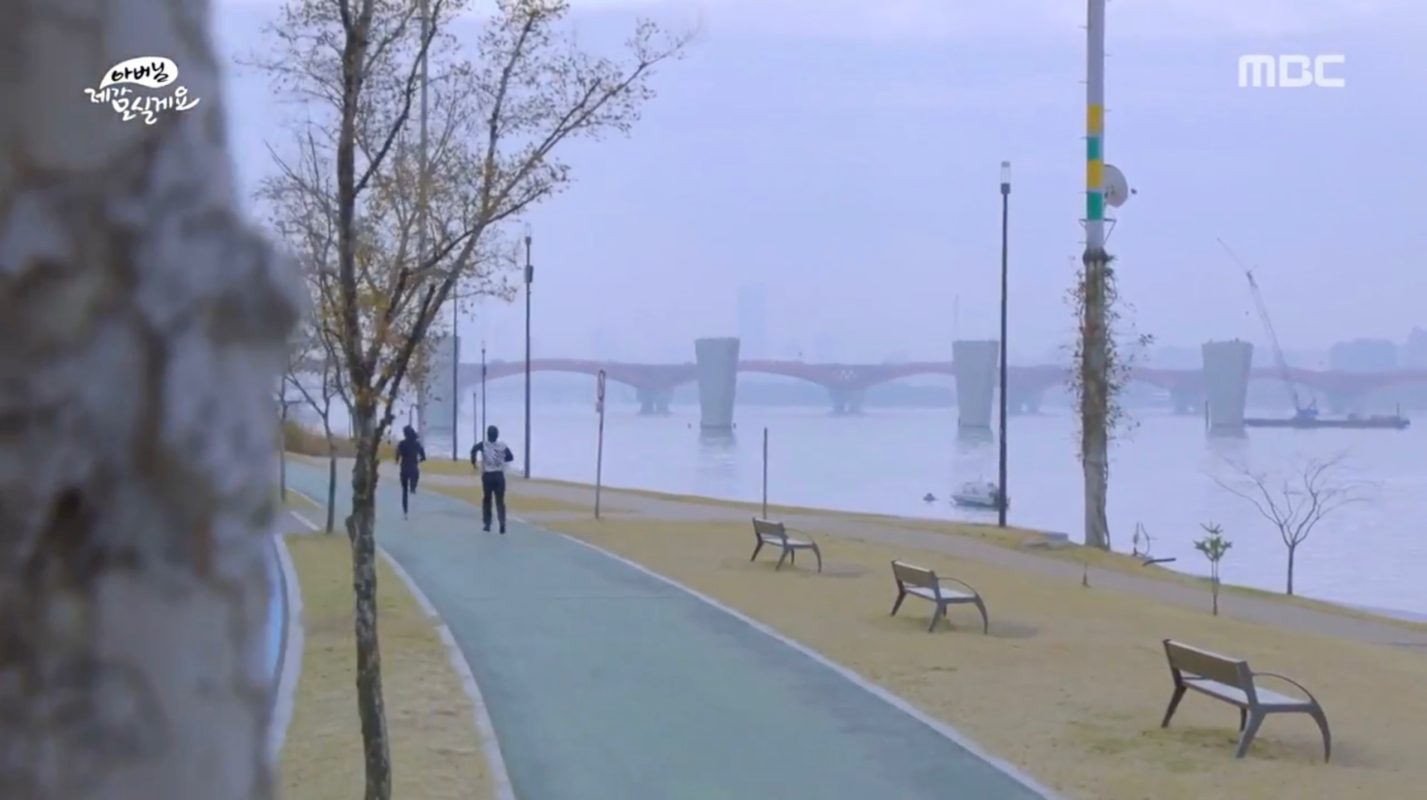 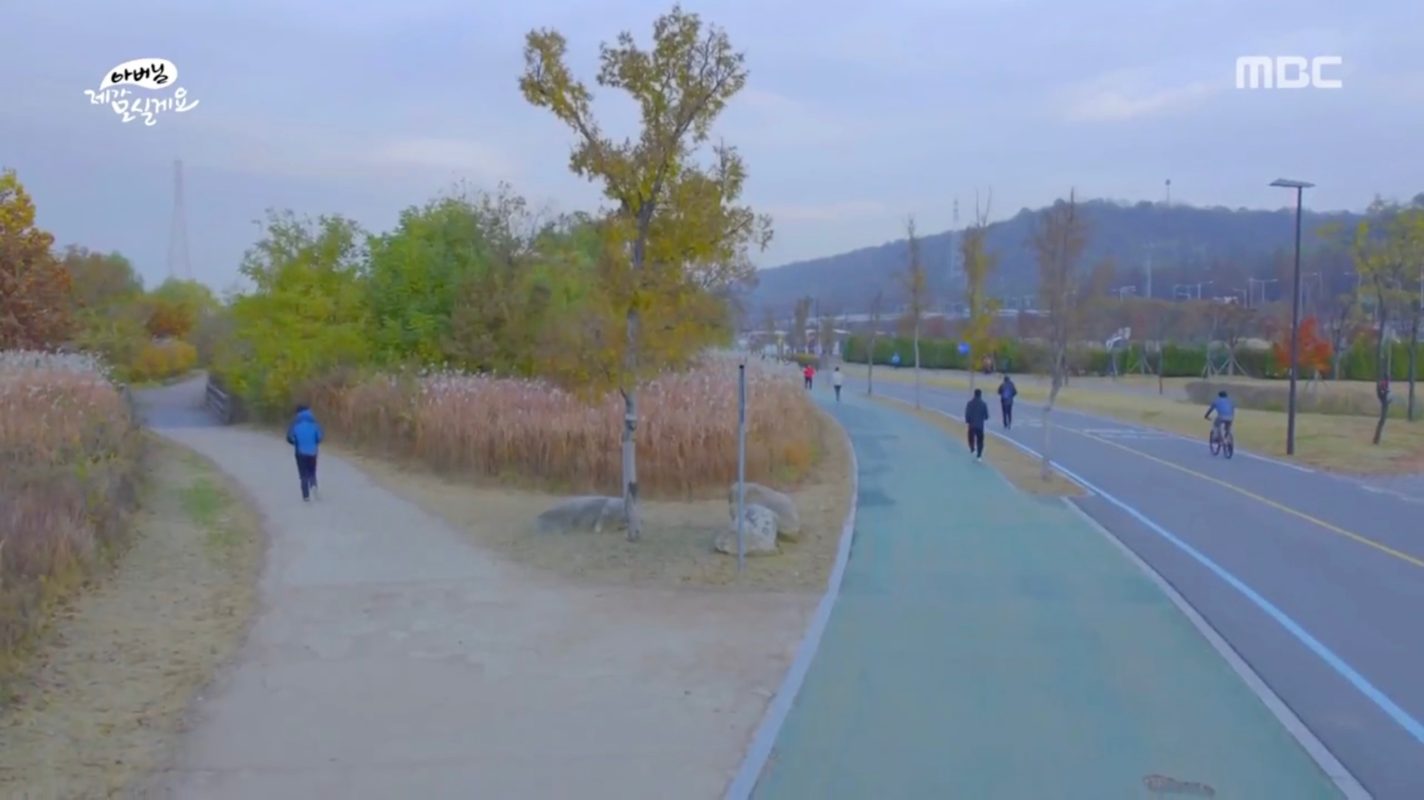 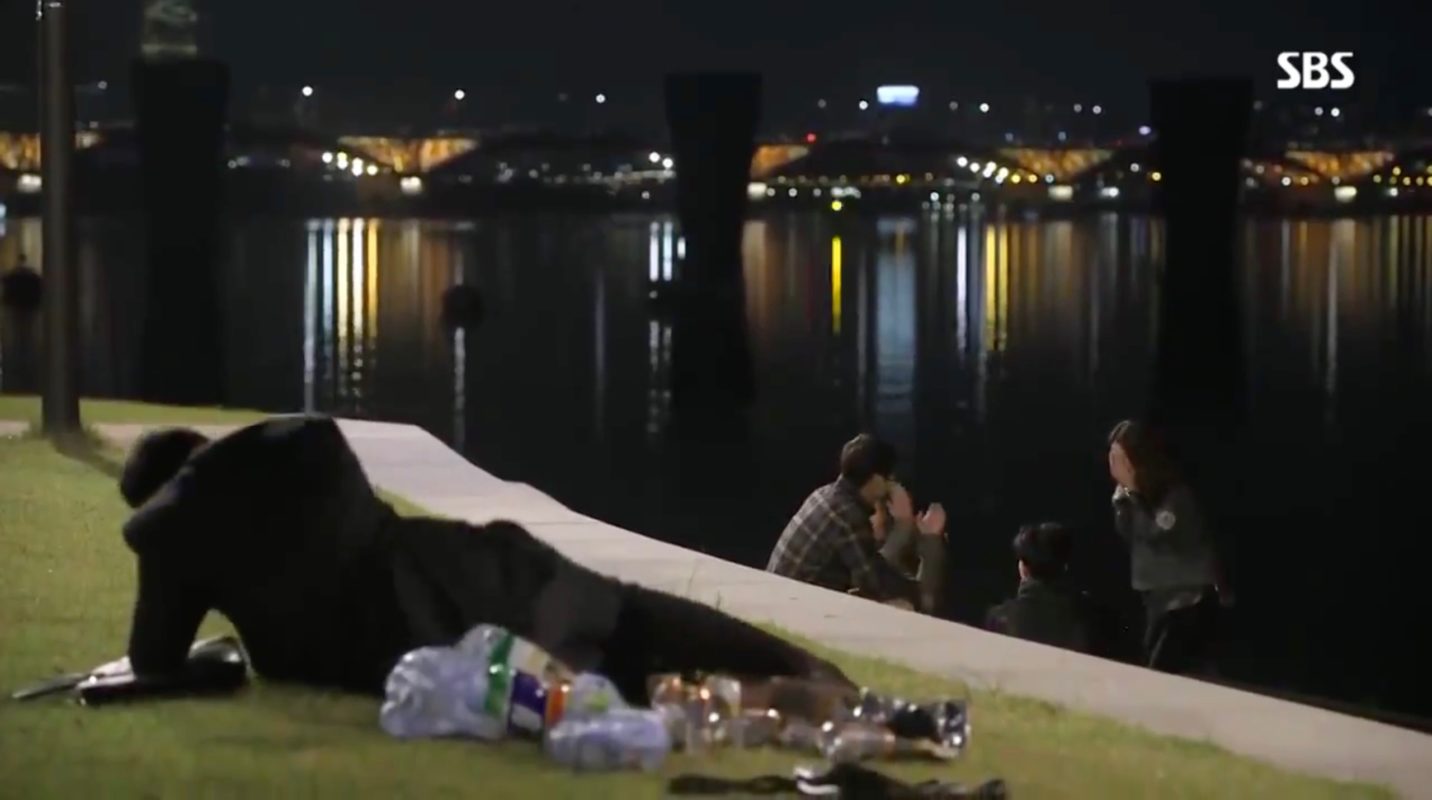 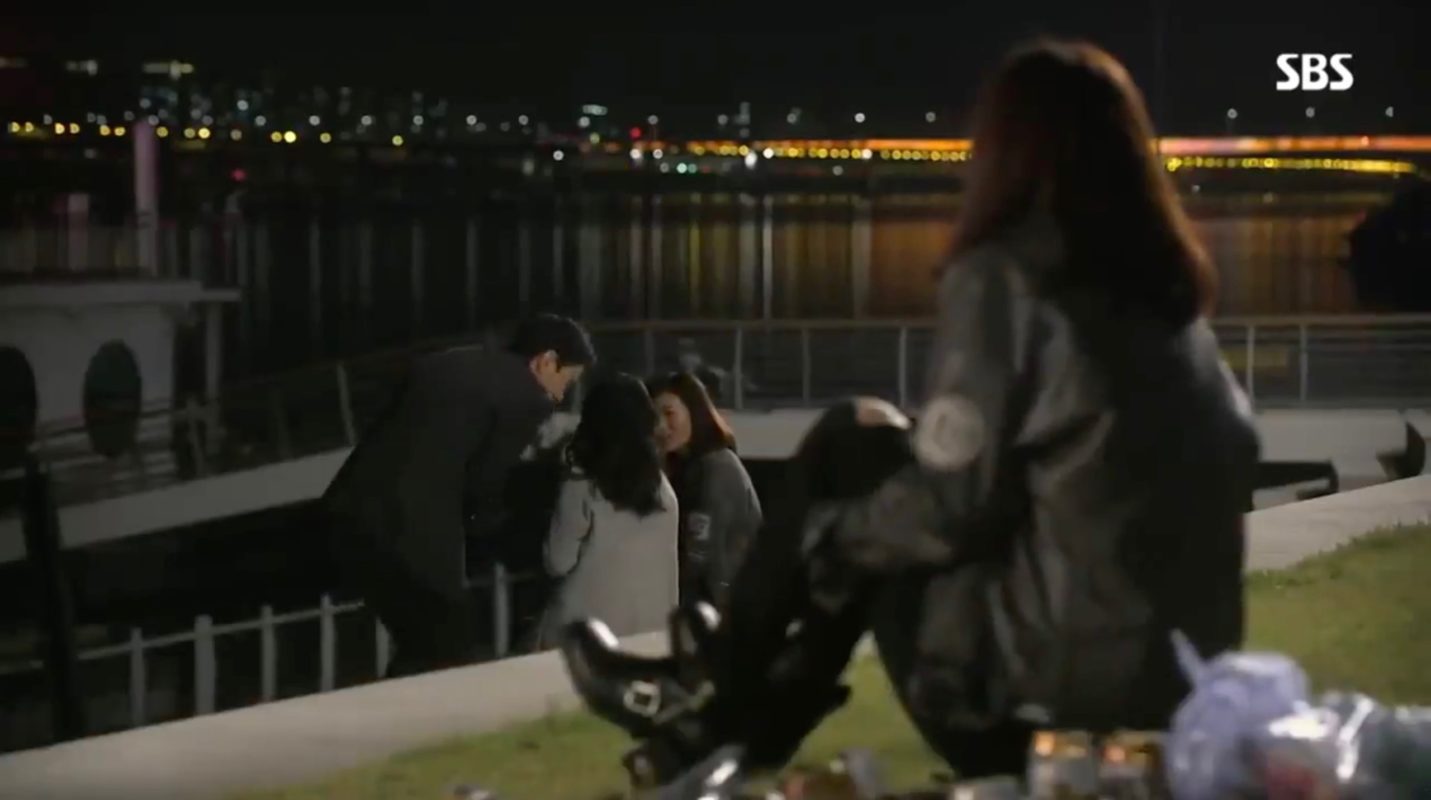 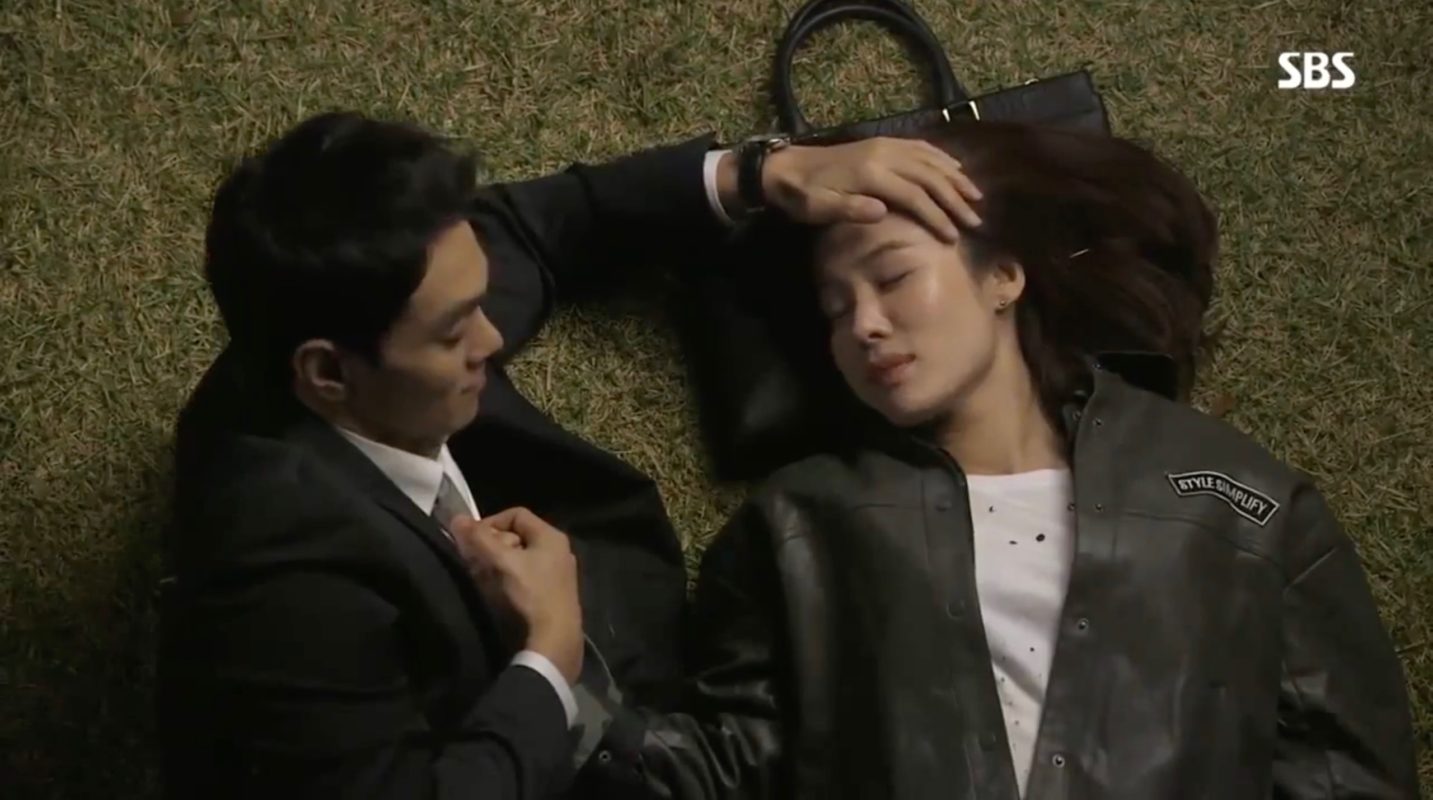 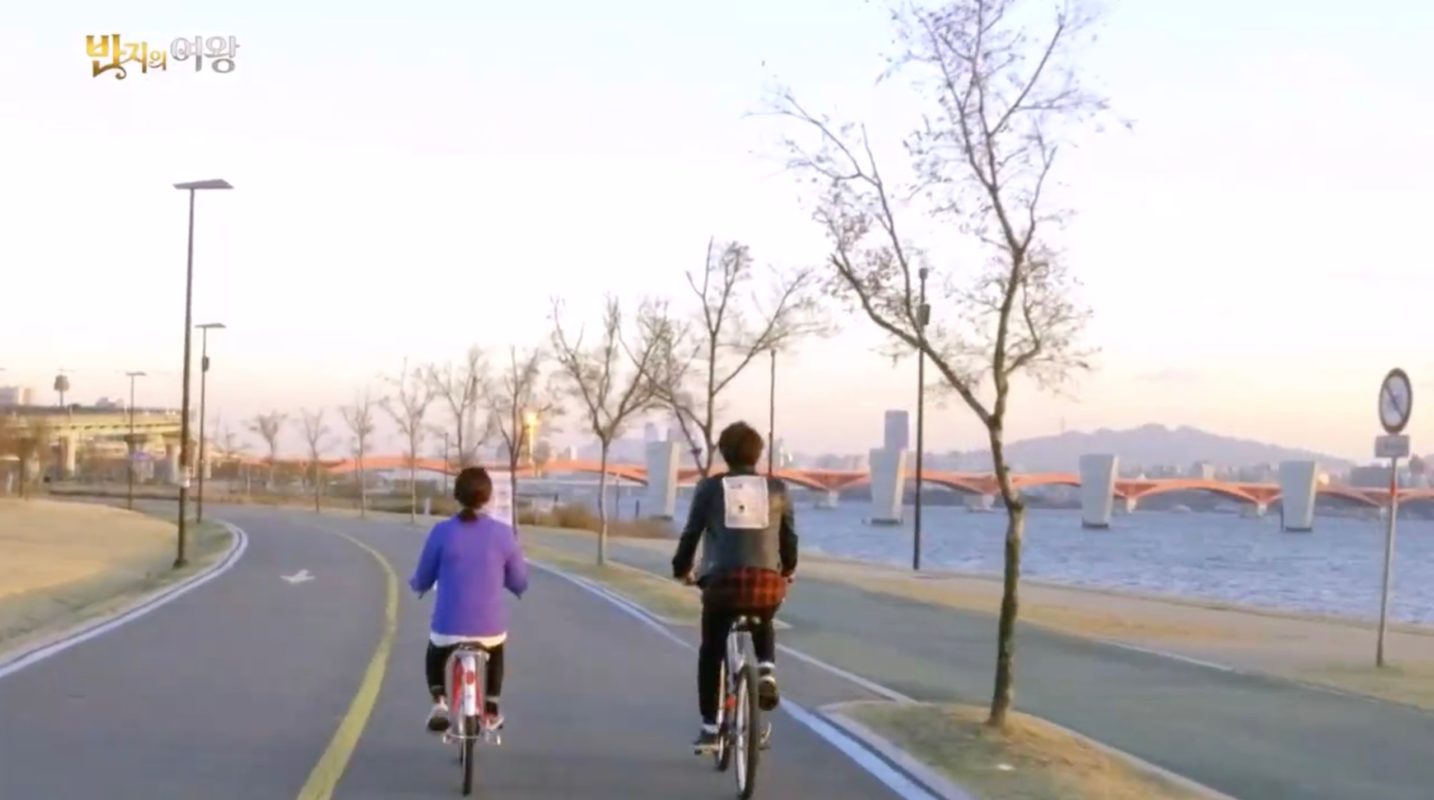 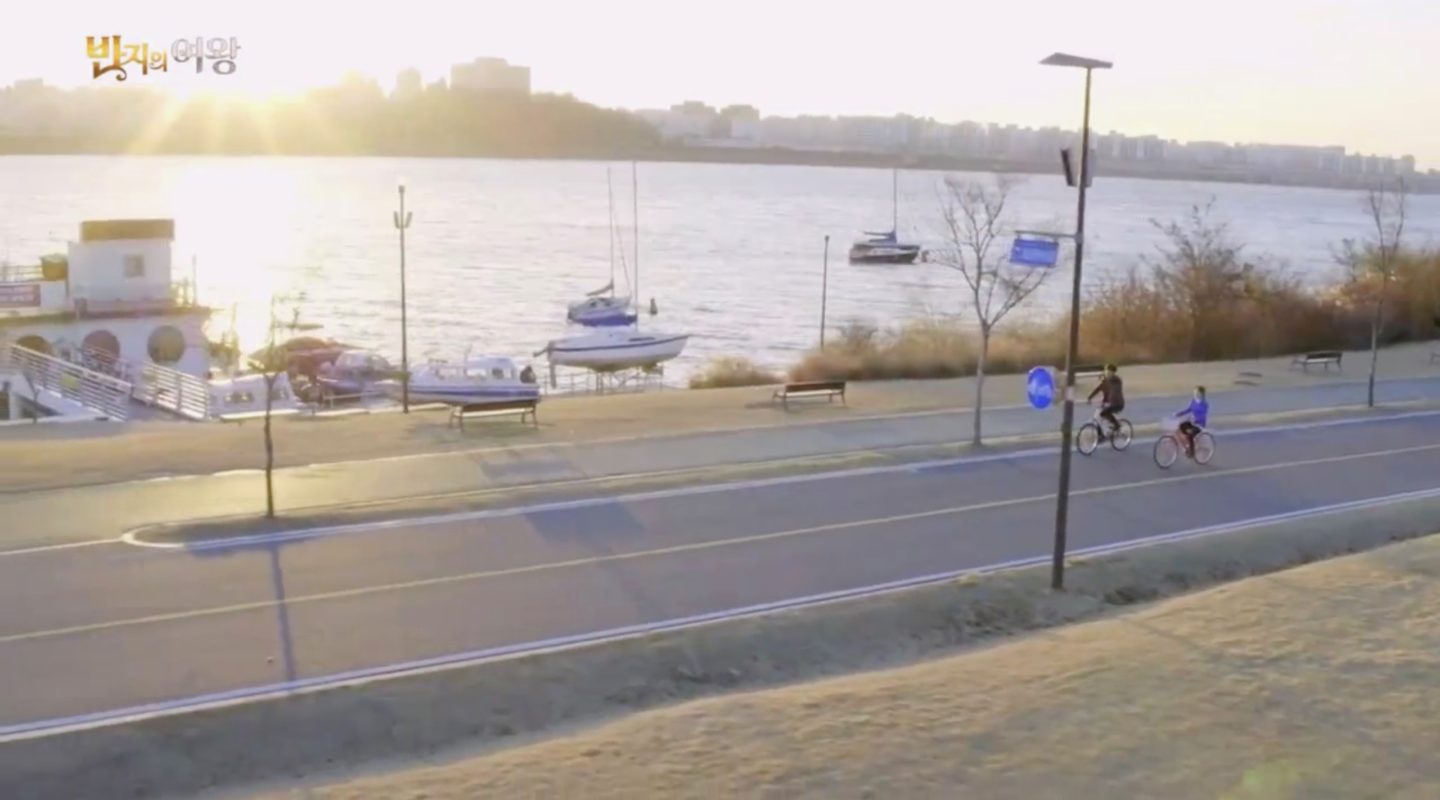 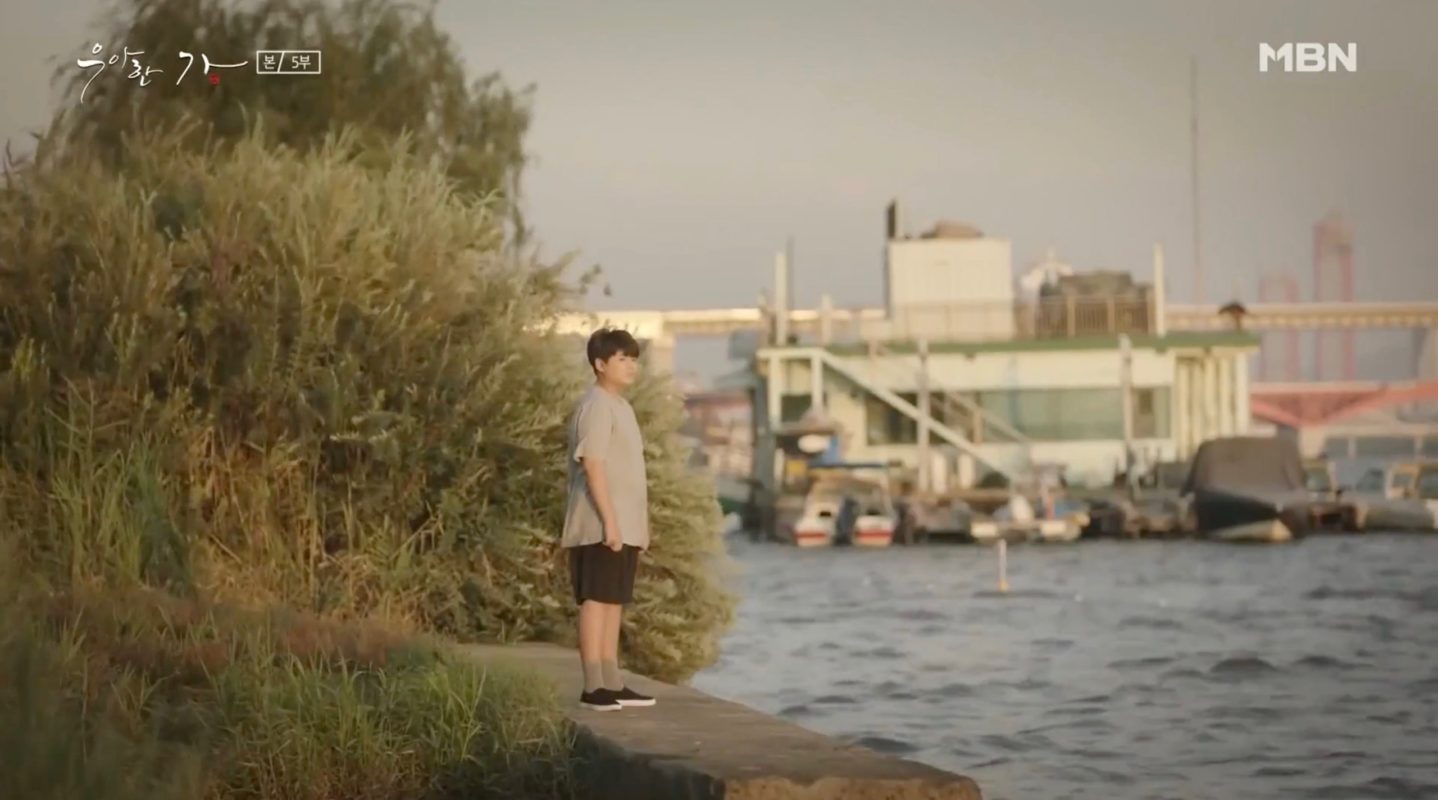 Yeo Ha-jin (Mun Ka-young) and Jung Seo-yeon (Lee Joo-bin) came to this park when playing hooky during their high school days as Yeo Ha-kyung (Kim Seul-gi) reads in the girls’ common diary in episode 5 (full episode 3) of Find Me in Your Memory (그 남자의 기억법) (MBC, 2020).

It is at this park that young Heo Yoon-do (Lee Jang-woo) wants to take his life and is saved by his (now) stepfather Heo Jang-soo (Park Sang-myeon) as seen in a flashback in episode 5 of Graceful Family/Elegant Family (우아한 가) (MBN, 2019).

Yoon Ji-Ho (Jung So-Min) and her good friend Woo Soo-Ji (Esom) meet here in episode 11 of Because This Is My First Life/This Life Is Our First (이번 생은 처음이라) (tvN, 2017) after Soo-ji has found out that Ji-ho is in a contract marriage.

After Song Ma-Rin (Shin Min-Ah) leaves Café Comma where she was supposed to meet Yoo So-Joon (Lee Je-Hoon) in episode 2 of Tomorrow With You (내일 그대와) (tvN, 2017), she comes here and calls So-joon up to tell him that she couldn’t make it.

Ahn Min-hyuk (Park Hyung-sik) rolls by the Seoul Pilot Licence Examination Center on his overboard in episode 1 of Strong Woman Do Bong soon (힘쎈여자 도봉순) (JTBC, 2017). He abondons his board a little further down Han River at Han River Park Waterfront [난지한강공원 강변물놀이장] as soon as he notices that a masked man trails him; but he eventually fails to chase him down. We see him back here in episode 8, jogging with Do Bong Soon (Park Bo Young) to train her endurance. Both of them come back here in episode 13, it’s their first clash that happens here after having started dating. In episode 14, our love-birds, reunited, go here on a picnic date.

Married Han Sung-Sik (Hwang Dong-Joo) comes also here pretending to do some jogging in episode 6 of Father I’ll Take Care of You (아버님 제가 모실게요) (MBC, 2016-17) — he wants to hit on his colleague.

Do Hae-Gang (Kim Hyun-Joo) and Baek Seok (Lee Gyu-Han) come here to drink in the evening in episode 16 of I Have A Lover [애인있어요] (SBS, 2015-16). They play a drinking game and Back Seok who loses has to tell a woman that sits close to them that he loves her and write his name with his butt.

Nanji Hangang Park [난지한강공원] is located in Seoul’s neighborhood Sangam-dong [상암동], in the Mapo District [Mapo-gu/마포구]. The World Cup Bridge [월드컵대교] can be seen from here.