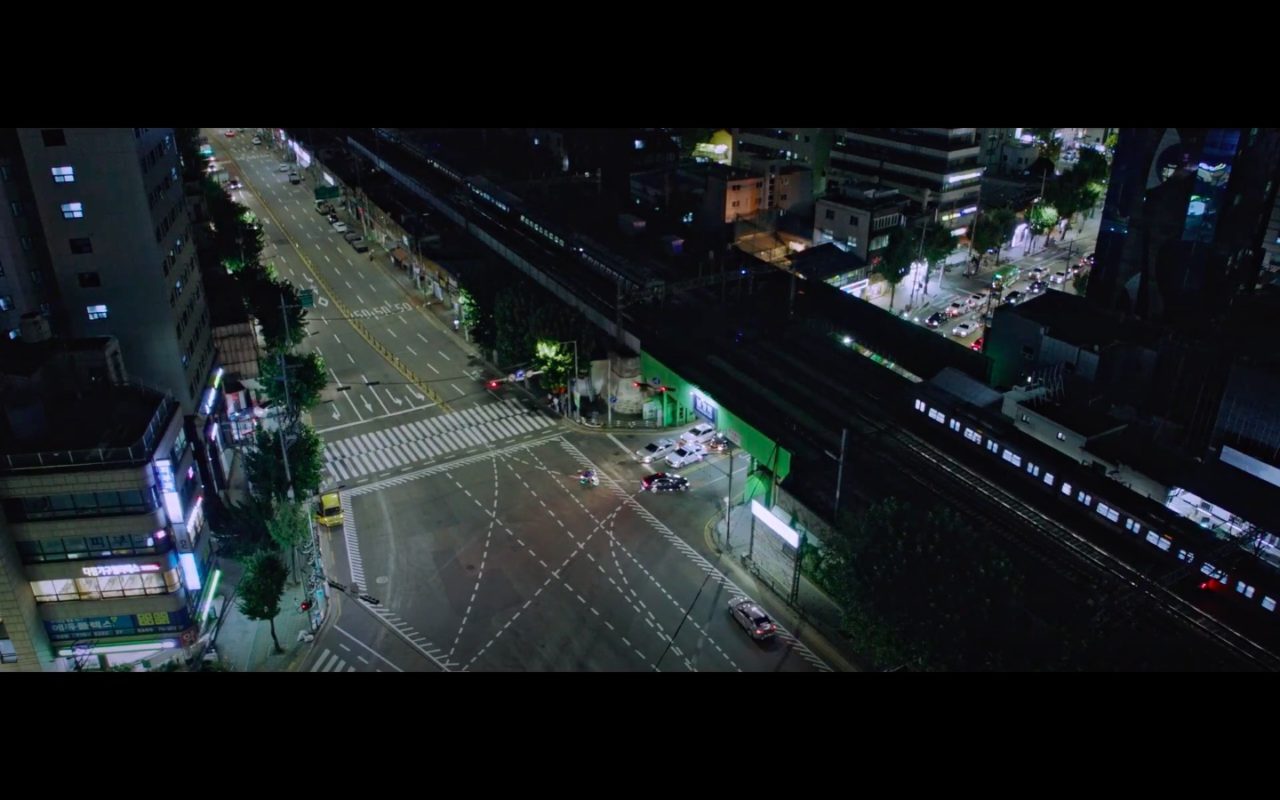 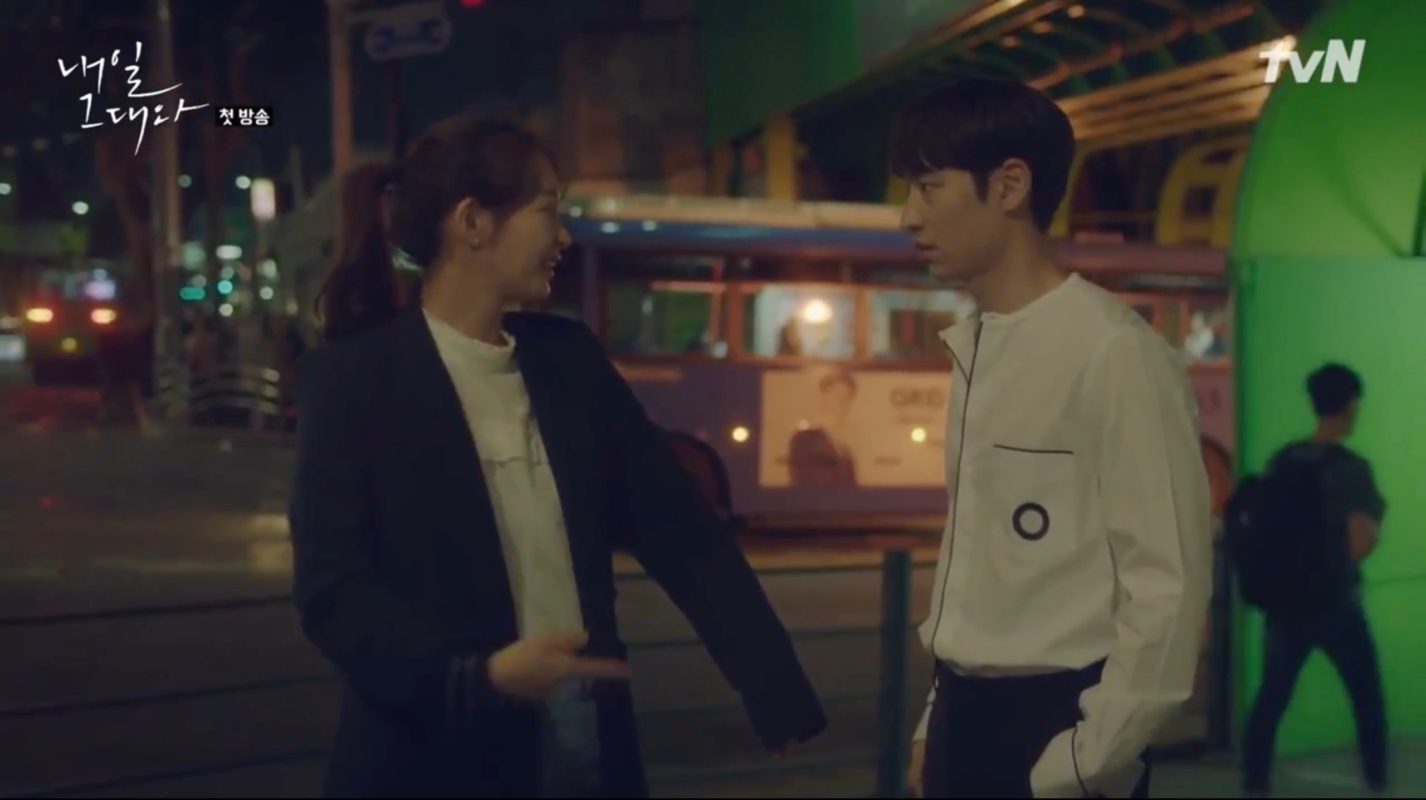 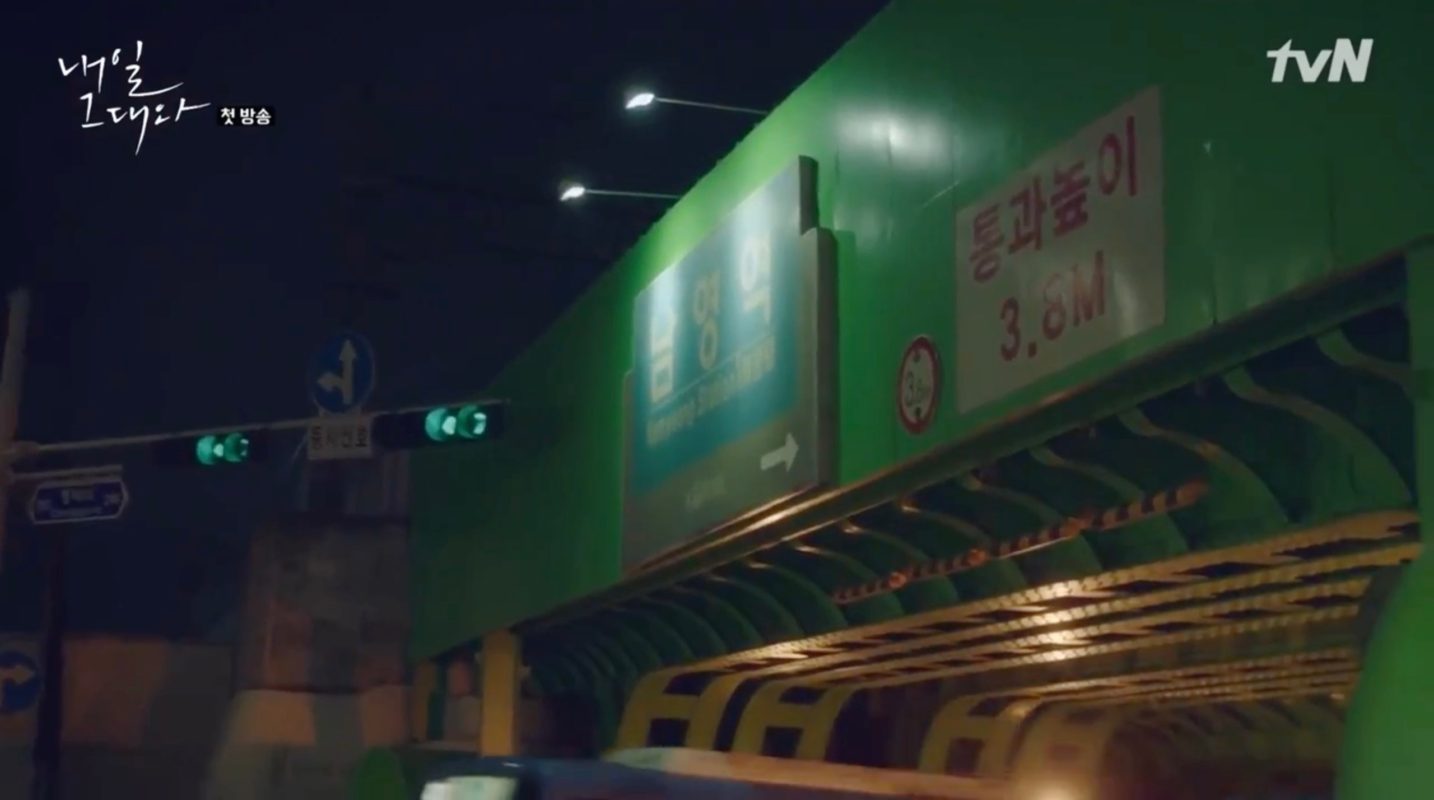 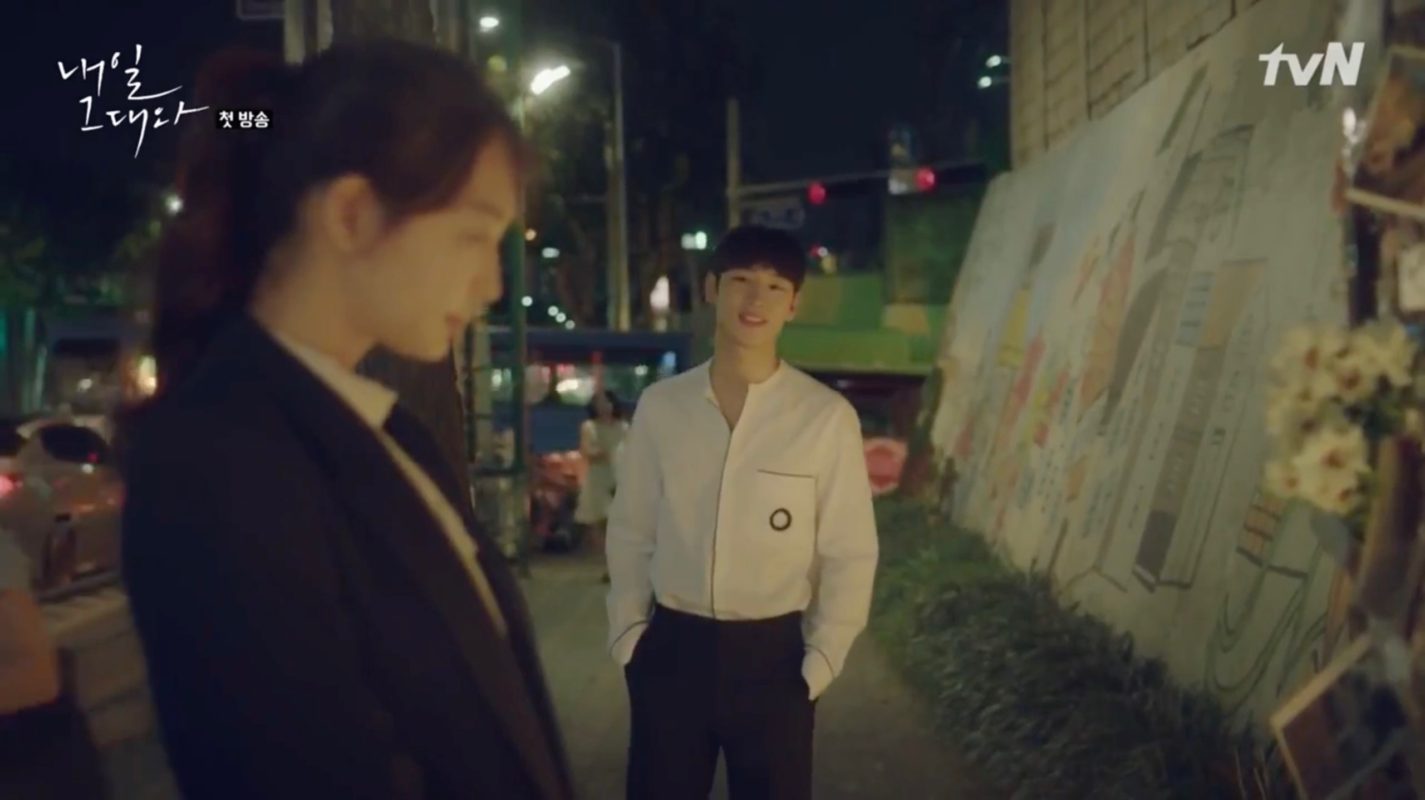 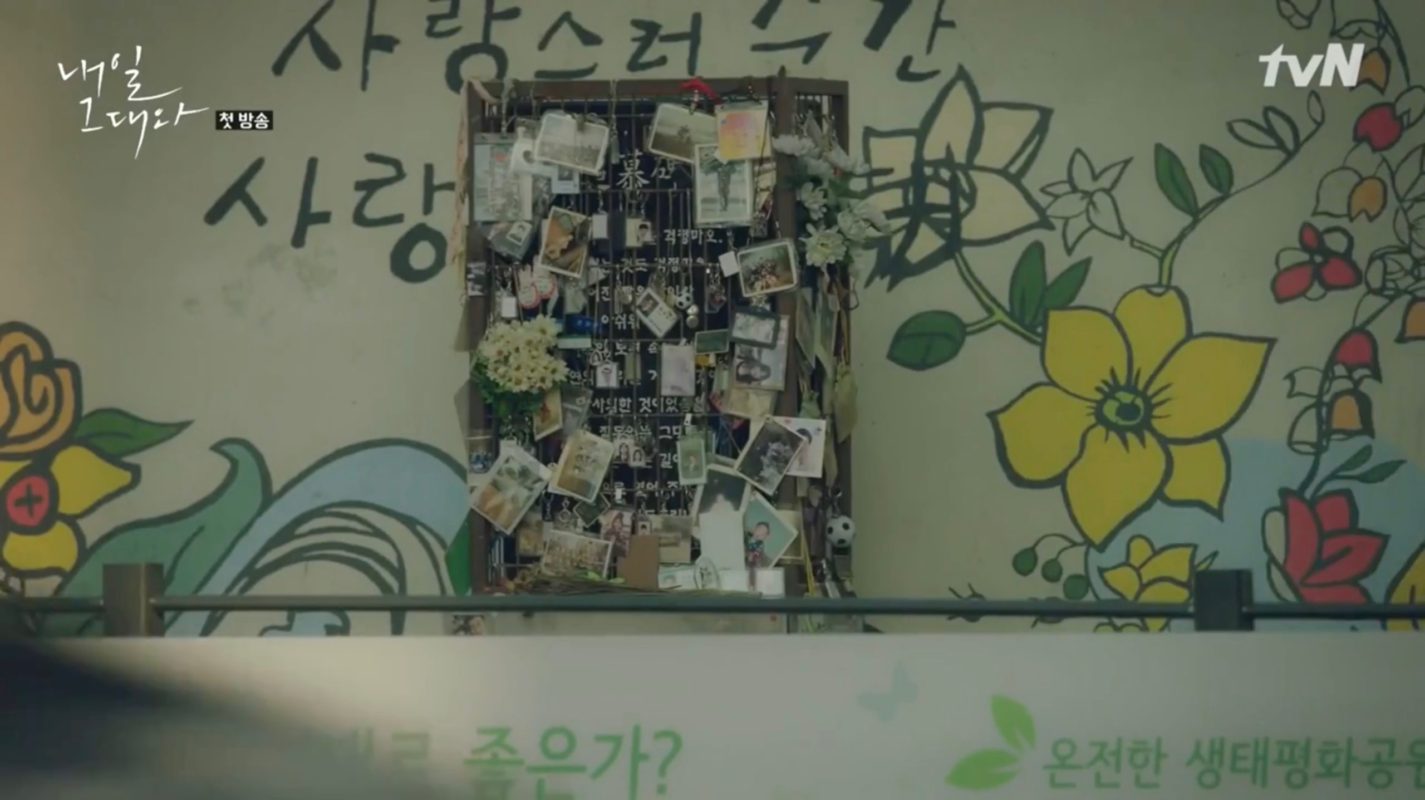 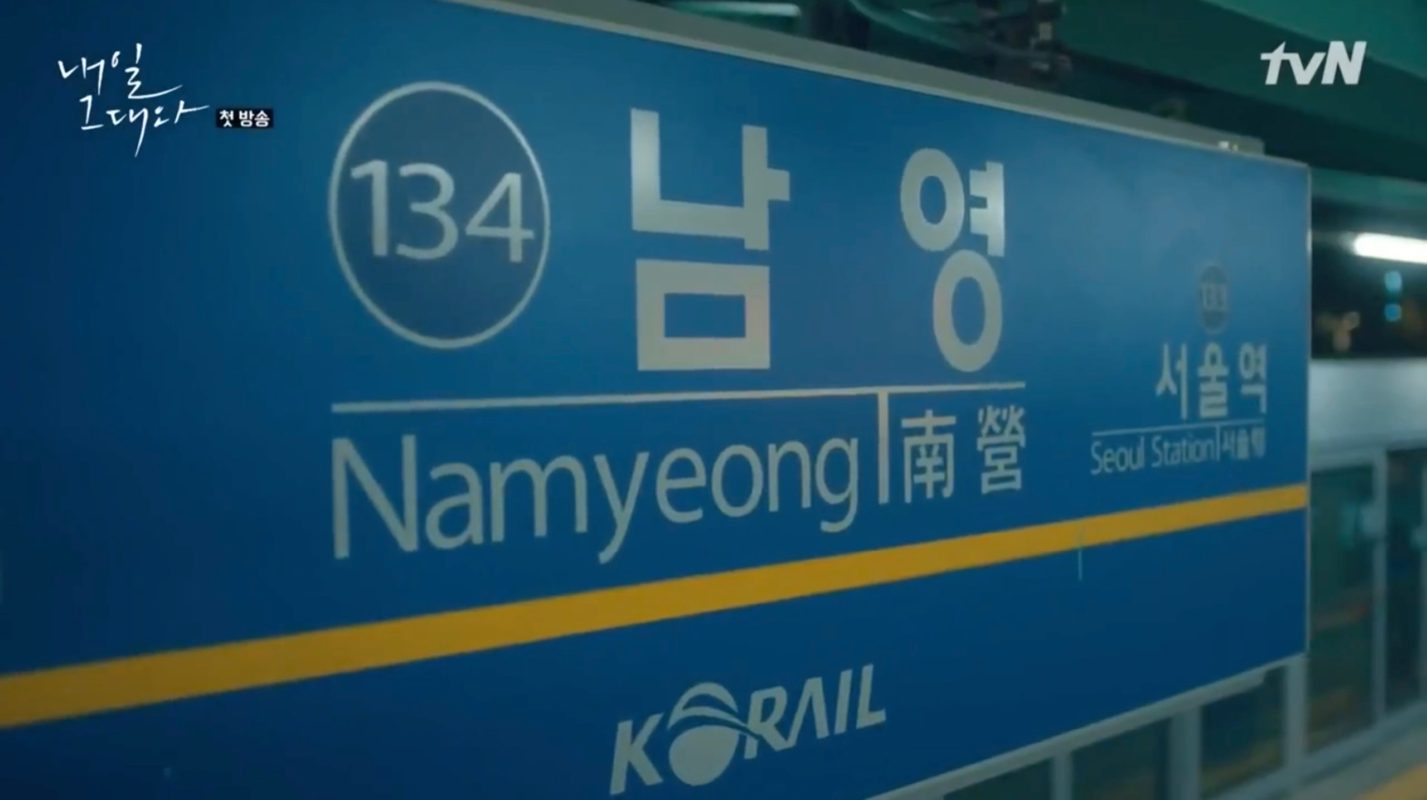 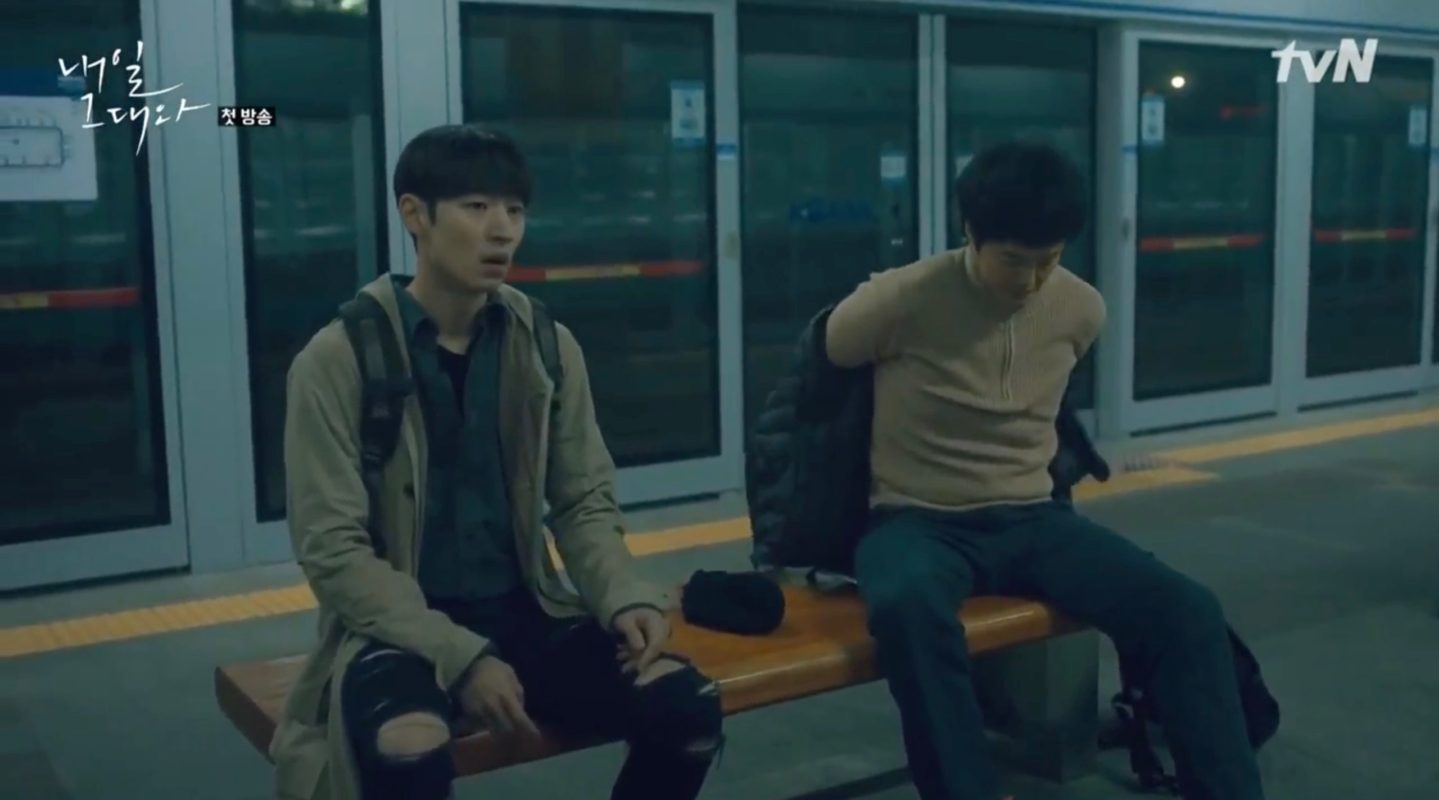 This appears as the station where Song Ma-rin (Shin Min-ah) from Tomorrow With You (내일 그대와) (tvN, 2017) alights at, en route home. It is also a place where we see Yoo So-joon (Lee Je-hoon) quite often, getting on/off the train or in the midst of time traveling. And sometimes, as in episode 1, both of them fatefully cross paths with each other.

Also seen briefly as part of an aerial shot in episode 6 of Through The Darkness/Those Who Read Hearts of Evil (악의 마음을 읽는 자들) (SBS, 2022).

Namyeong Station [남영역], opened in 1974, is a ground-level subway station that serves Seoul Subway Line 1. The station, which carries the number 134, is located in Seoul’s neighborhood Namyeong [Namyeong-dong/남영동], in the Yongsan District [Yongsan-gu/용산구].

Note that there is only one exit at this subway stop. If you get out here and take a left turn, you’ll be at the street with the wall murals seen in Tomorrow With You.