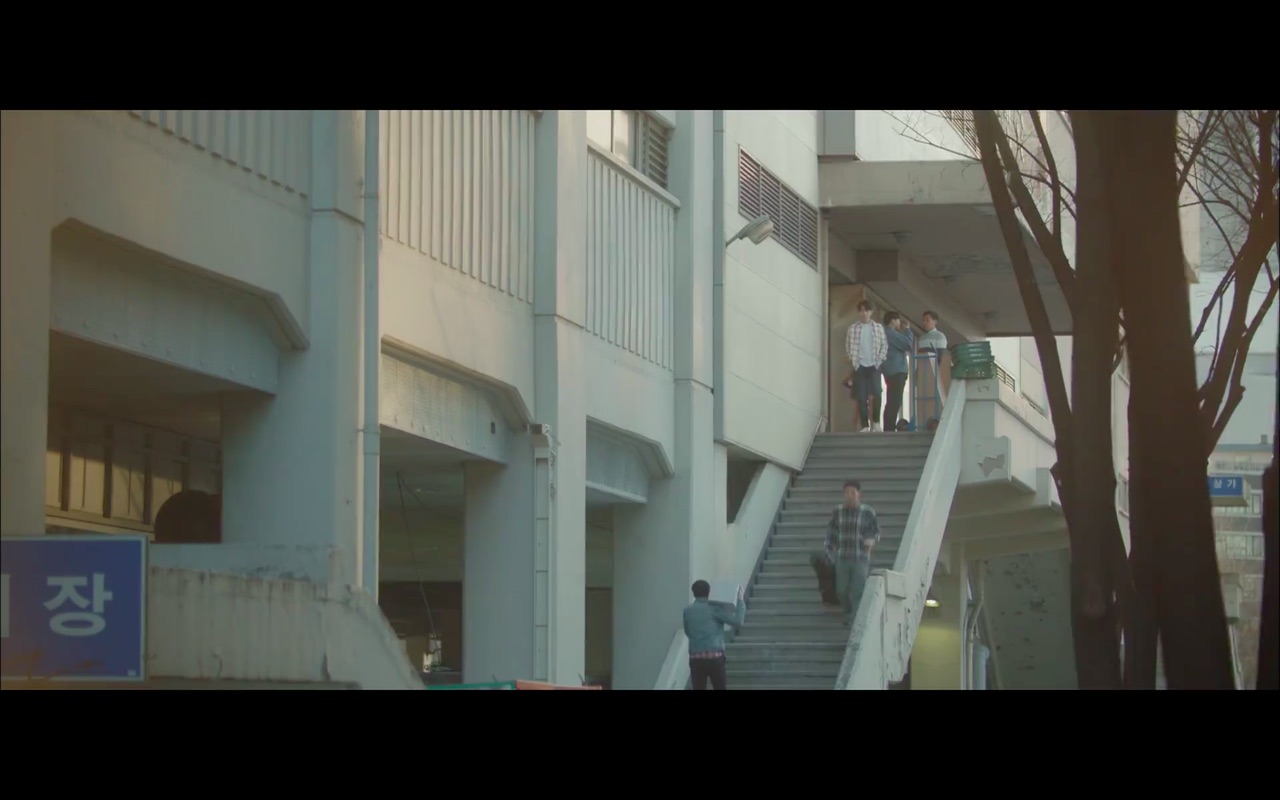 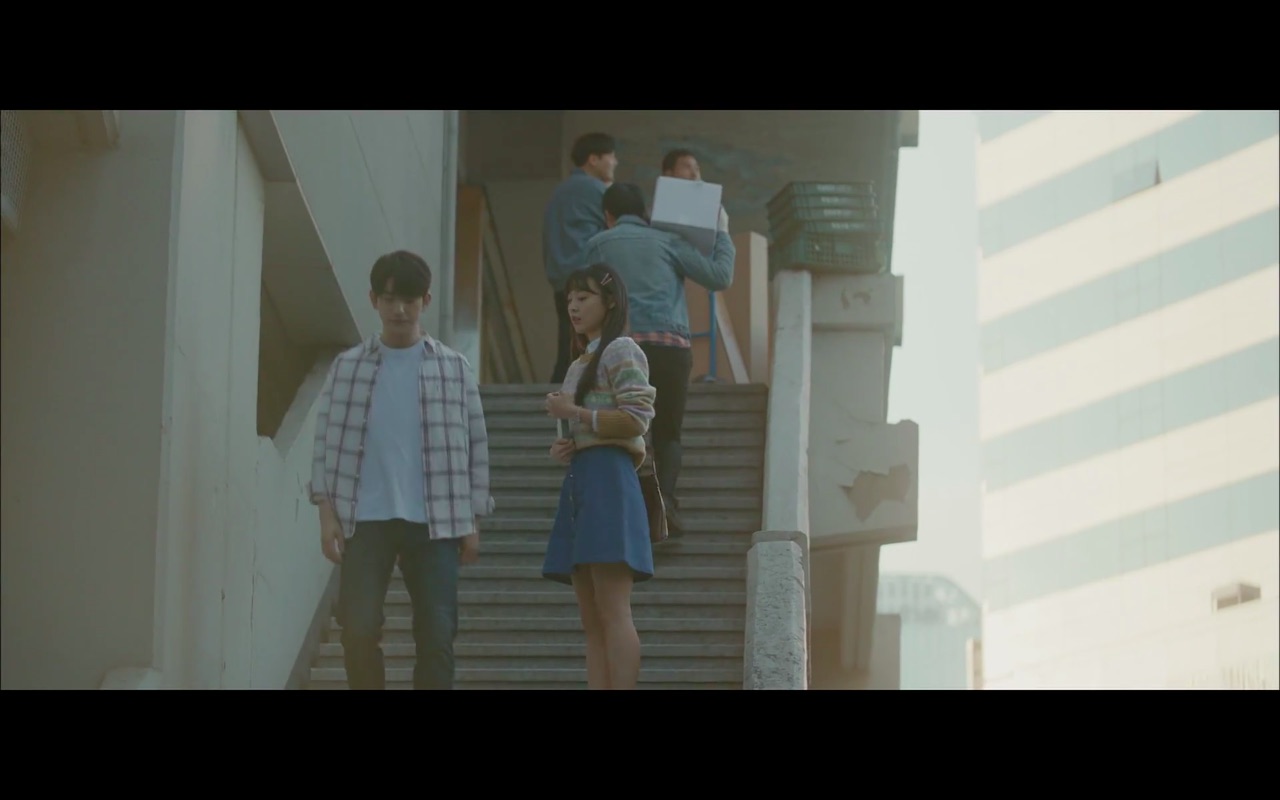 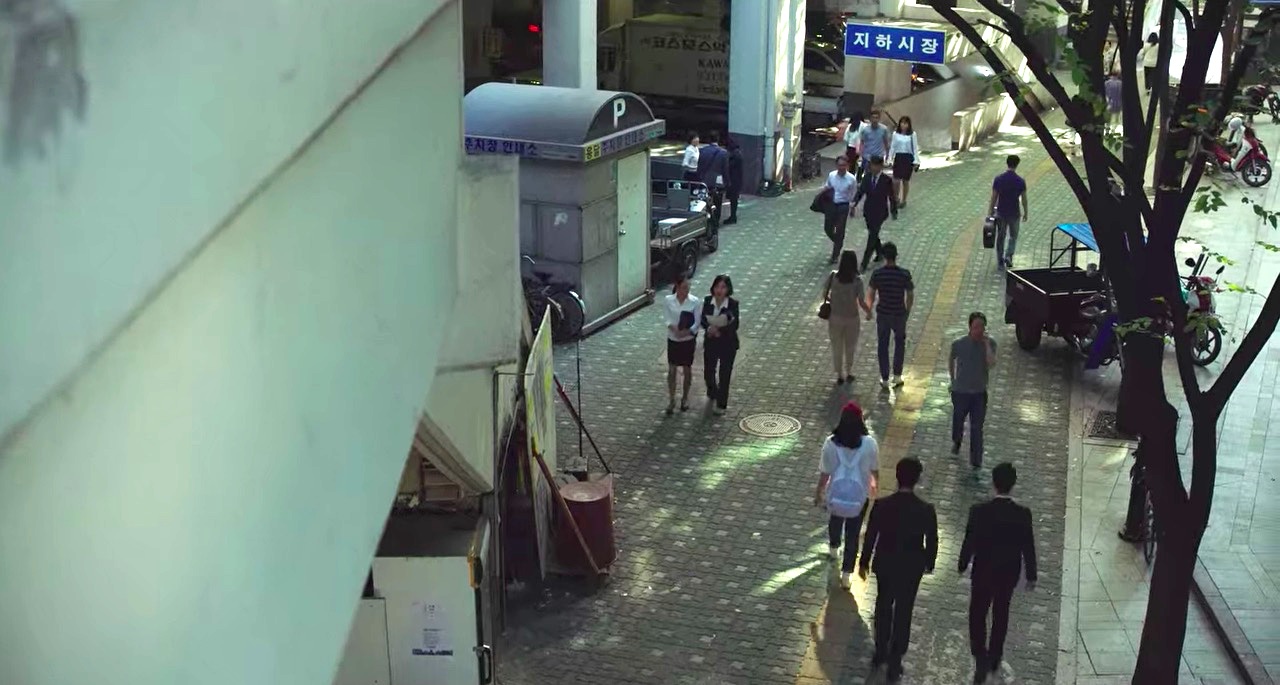 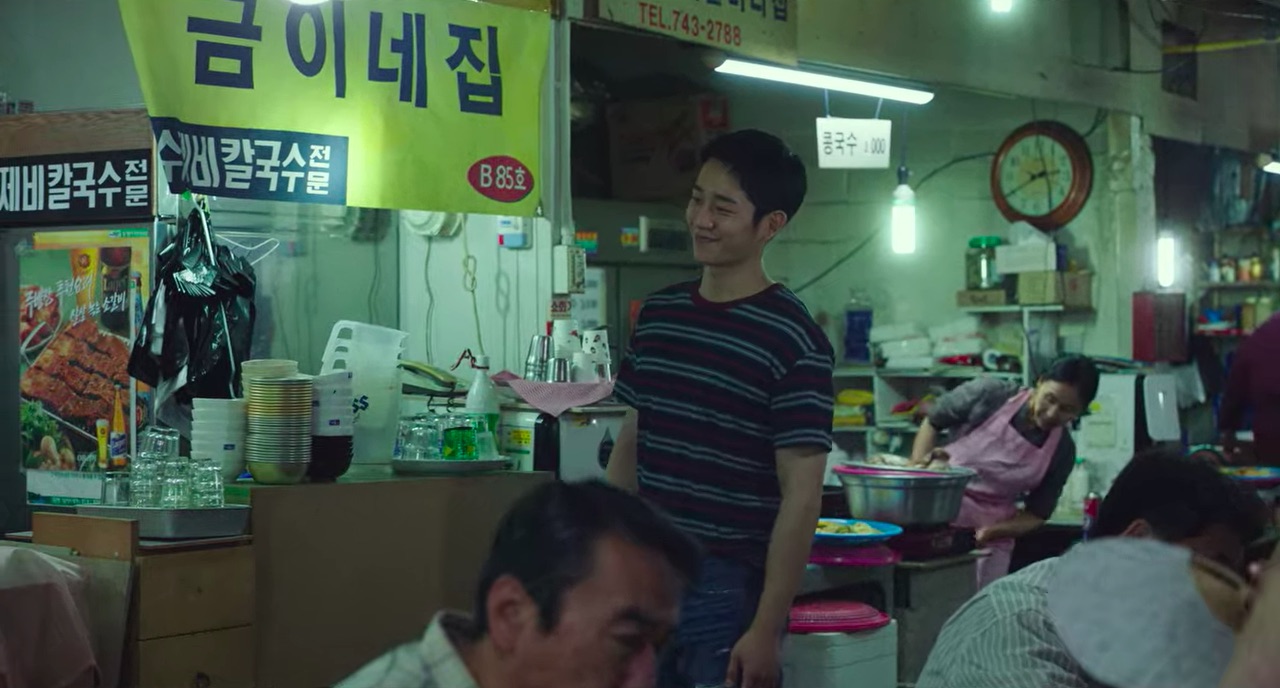 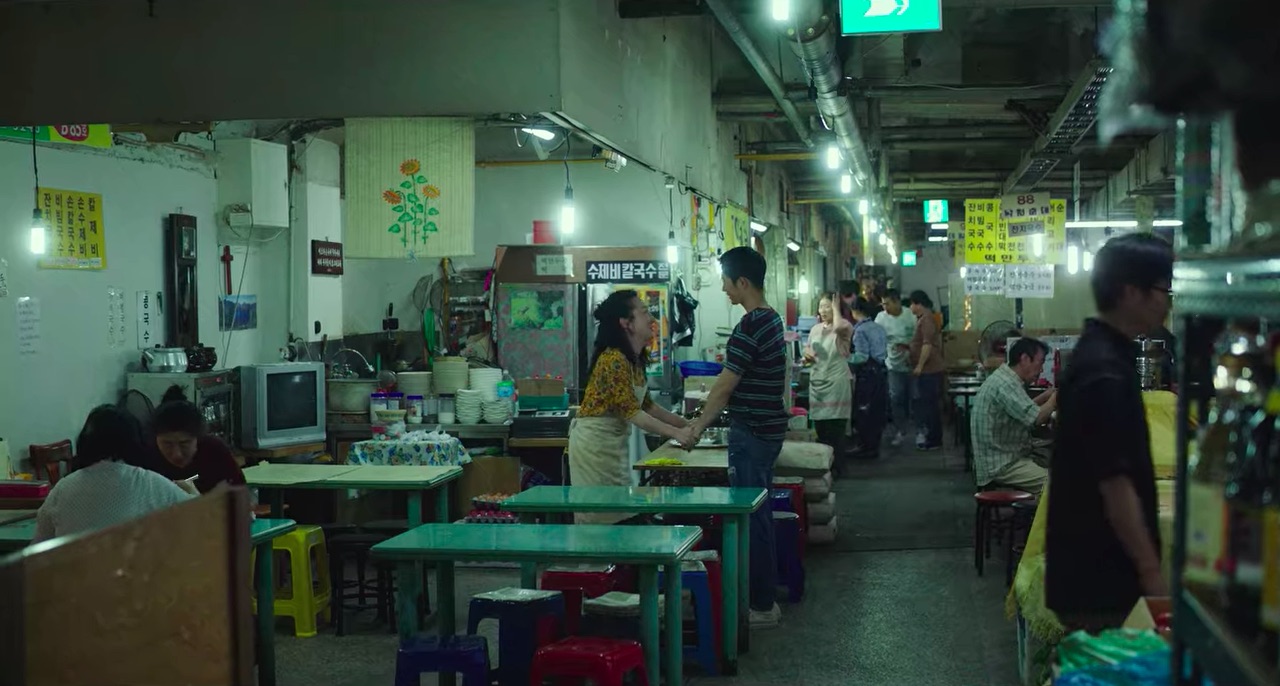 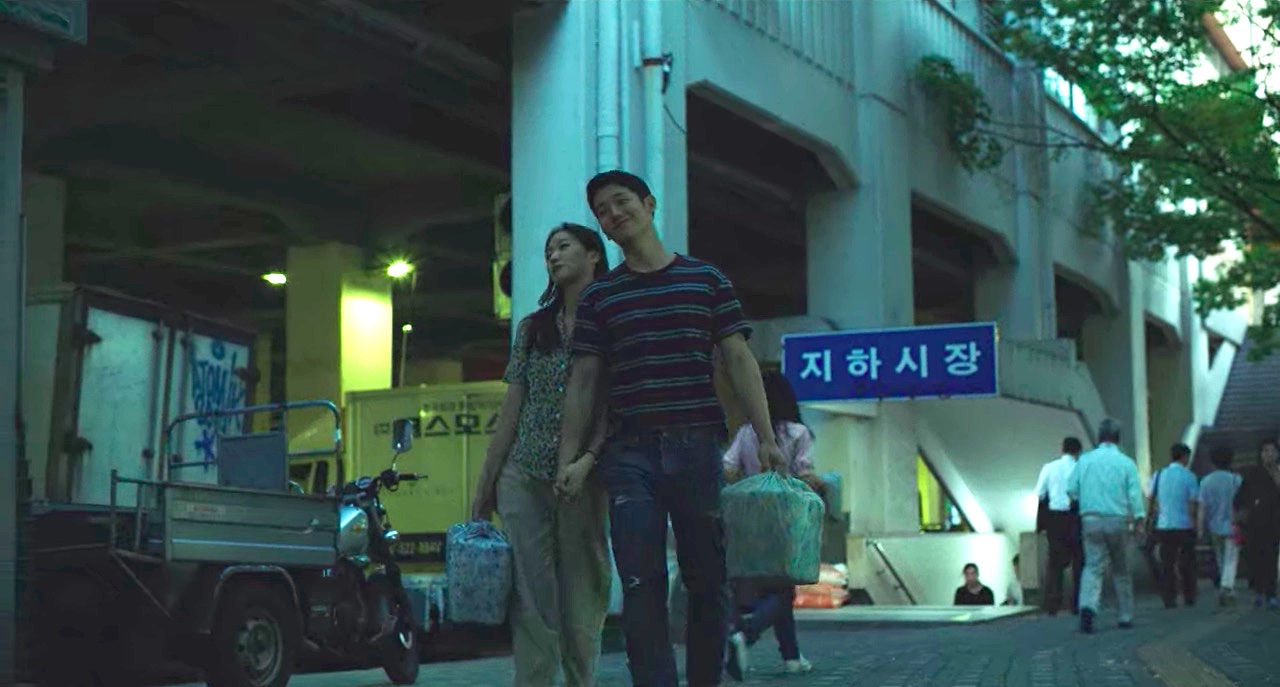 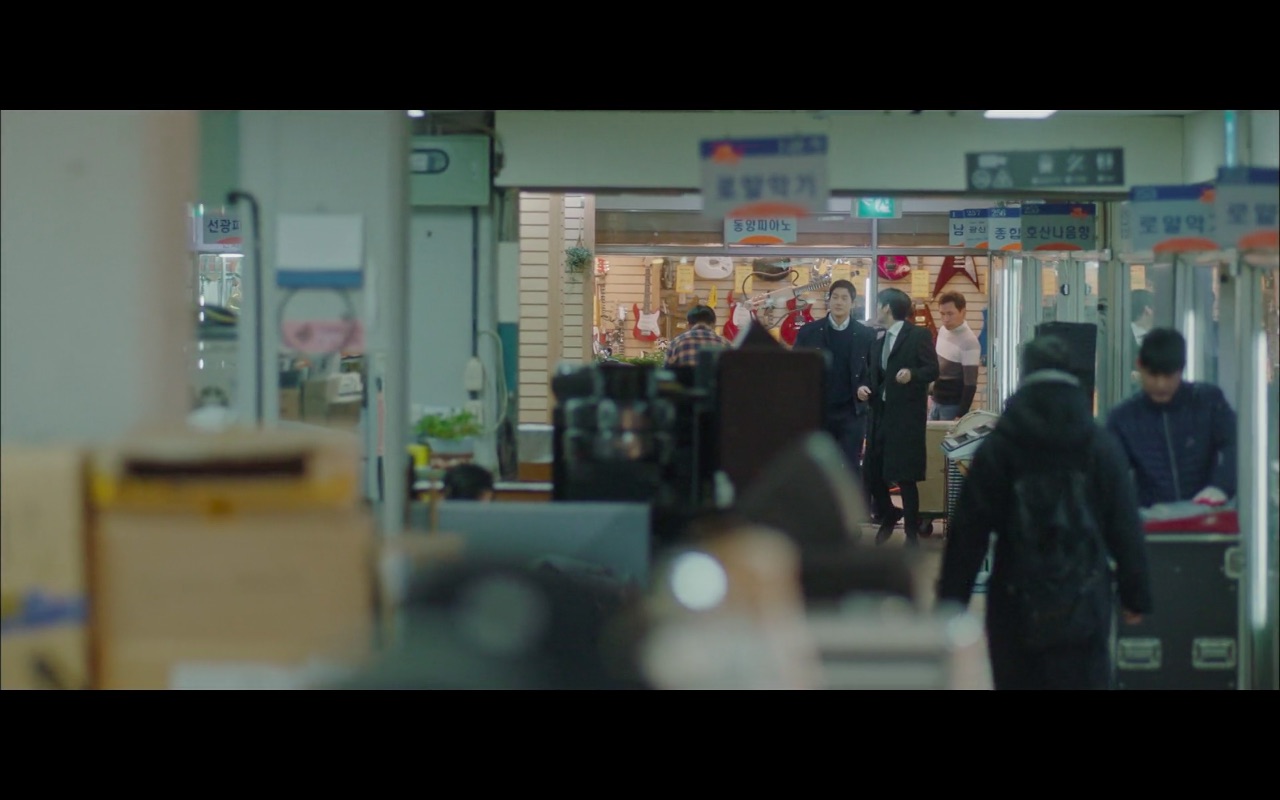 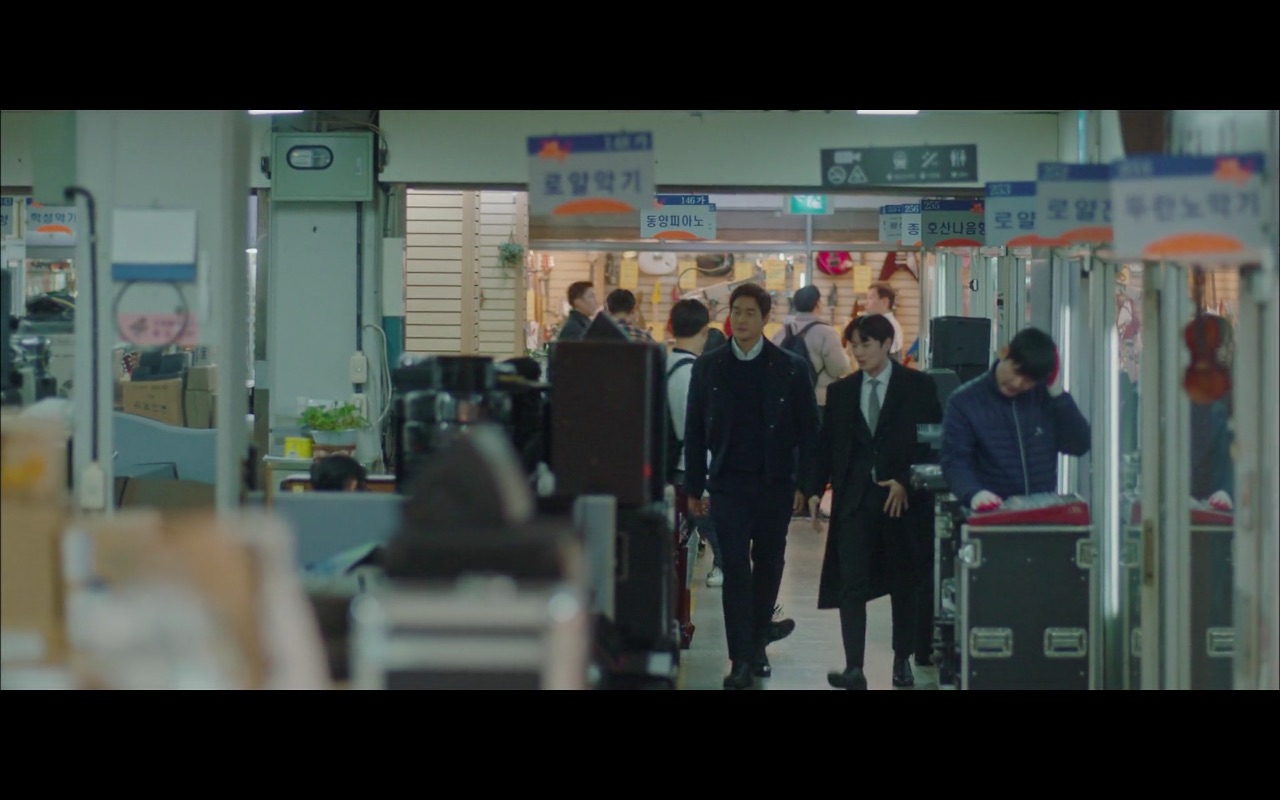 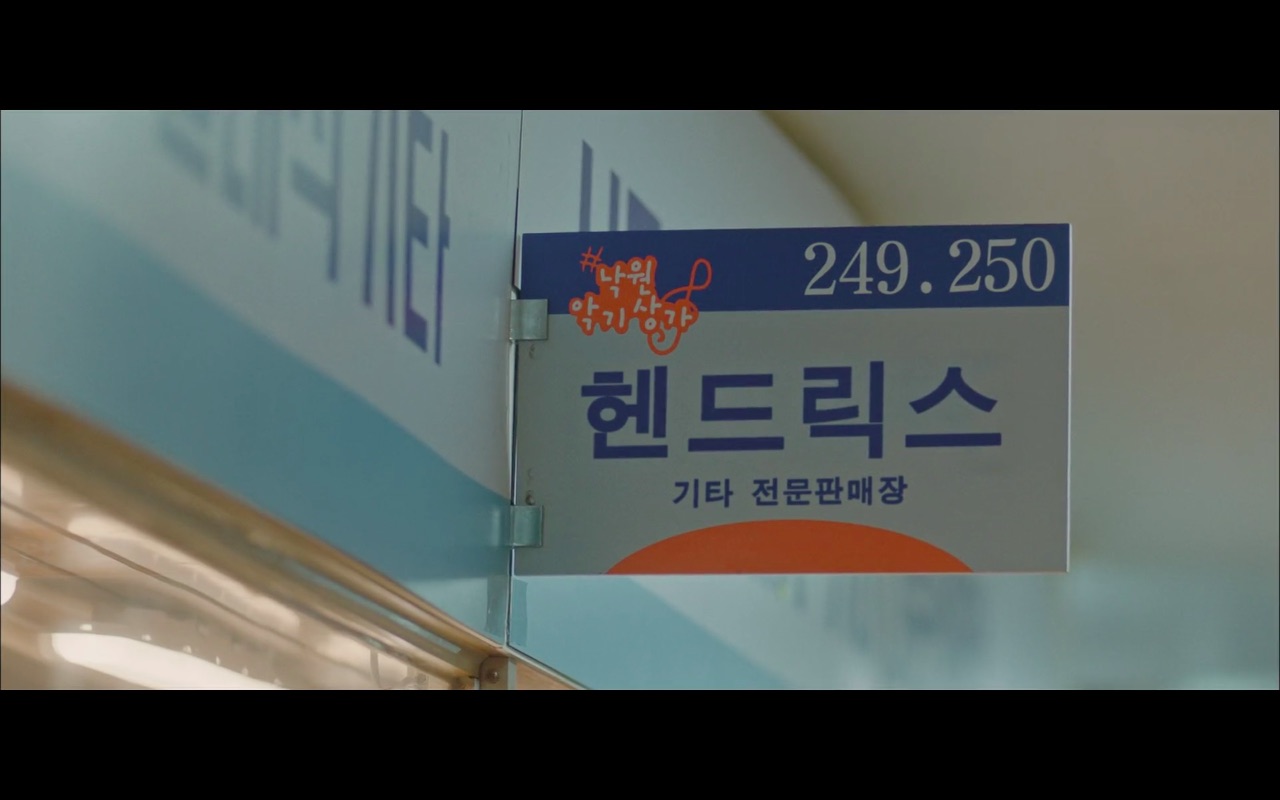 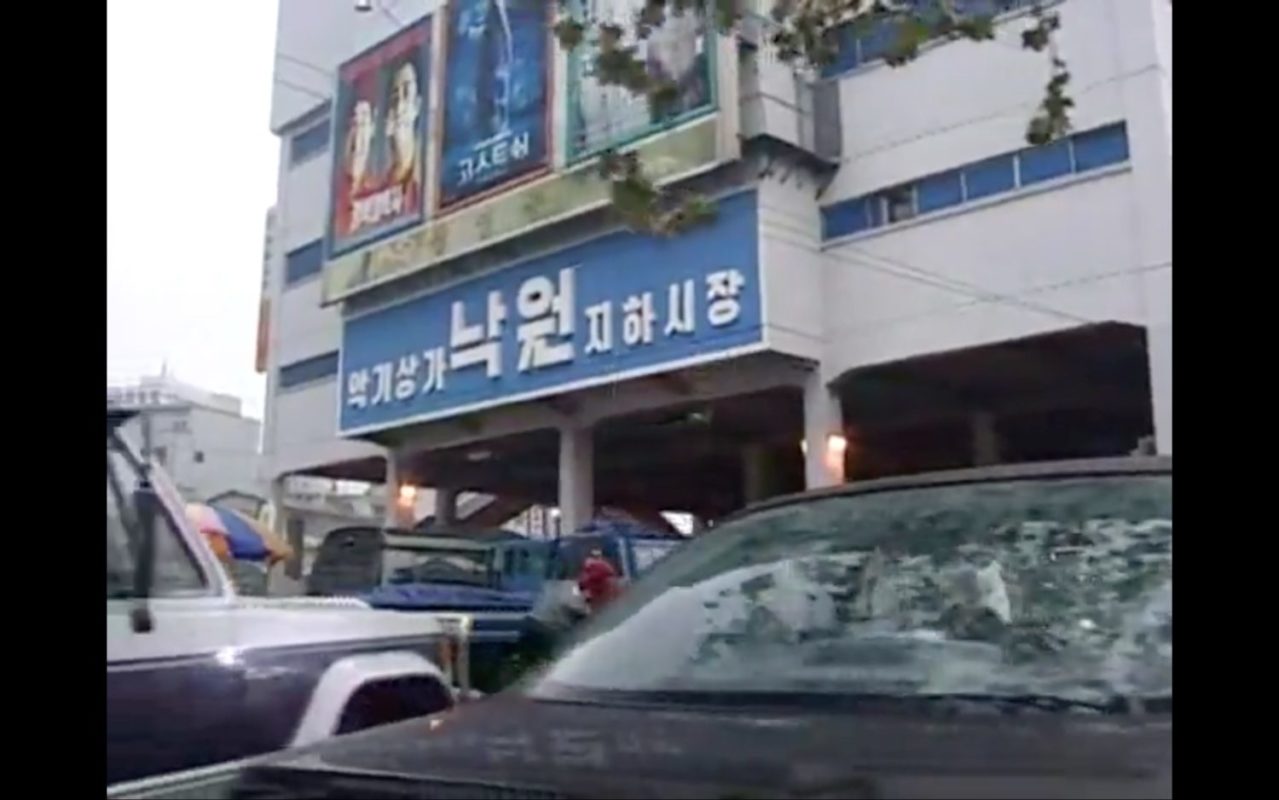 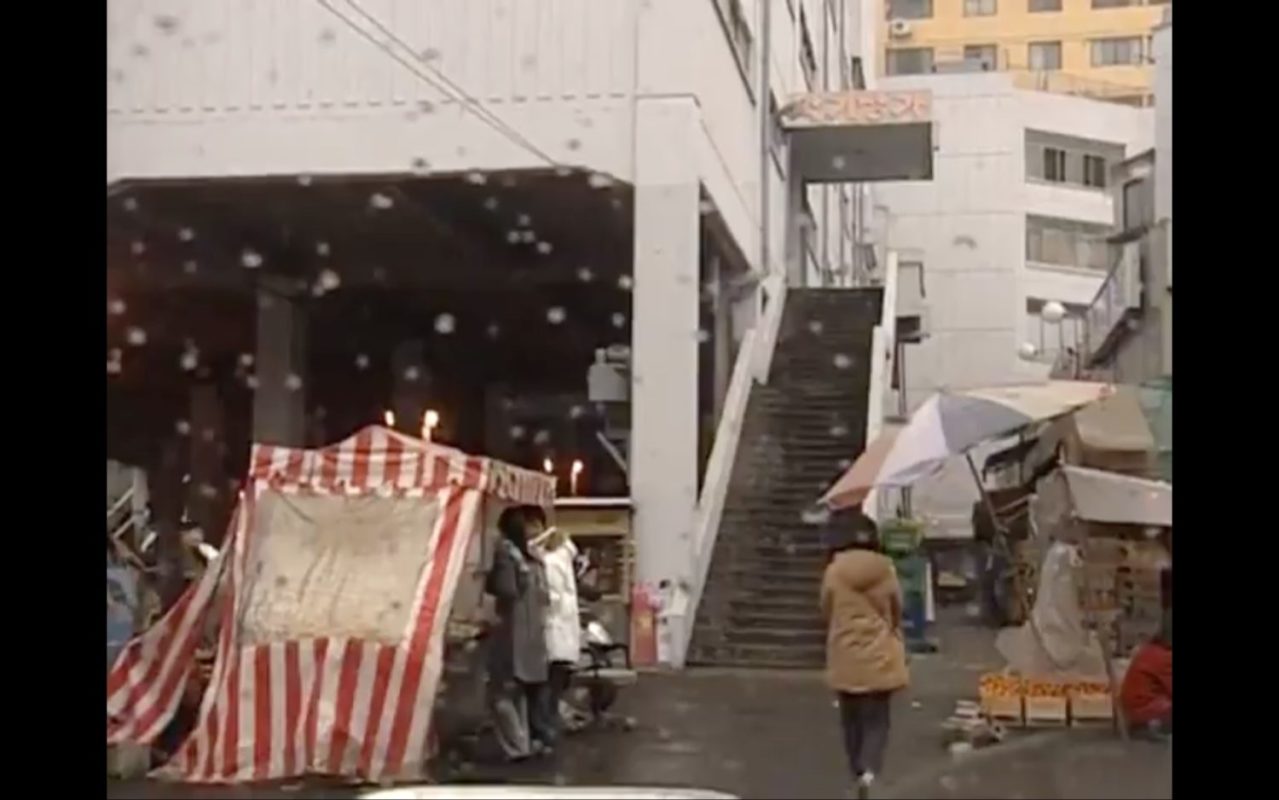 Han Jae-hyun (Park Jin-young of GOT7) walks down the stairs of this building in episode 1 of When My Love Blooms/The Most Beautiful Moment in Life (화양연화 – 삶이 꽃이 되는 순간) (tvN, 2020) with Yoon Ji-soo (Jeon So-nee) on his heels, after they had run into each other at the video store by chance. In episode 5, Jae-hyun (Yoo Ji-tae) comes to the Nakwon Music Mall in the present day to buy a guitar for Ji-soo, which he had promised her he would do in their younger days.

Detective Han Pil-seung (Jo Jae-hyun) is on a stake out at this building in episode 1 of Snowman (Nun-sa-ram/눈사람) (MBC, 2003) and when having spotted the delinquent he is after, he runs after him traversing this site.

— Feel the Rhythm of KOREA: SEOUL 2 (2021) feat. Gemini for ‘Imagine your Korea’ by the Korea Tourism Organization (KTO) – outside Nakwon Music Mall

Nakwon Arcade [낙원상가] —also known as ‘Nagwon Arcade’, Nakwonsangga and Nakwon Music Mall — consists of two parts: Nakwon Music Mall [낙원악기상가], known for its many instrument shops; and Nakwon Market [낙원시장], an underground market with shops and food stalls; both located inside the Nakwon Building [낙원빌딩]. Built in 1969 according to a plaque on the building —others say 1970 — as South Korea’s first residential complex, it has become the country’s largest musical instrument mall. A specific feature of this building is that it is located not next to a road but stands on pilotis above a quite busy intersection on Samil-daero [삼일대로] and Donwanmunlo 11-gil.

This site was designated Seoul’s Future Heritage (서울미래유산) title by the Seoul Metropolitan Government in 2013; a designation given out since 2012 by the city’s government. A 2021 article on Kukinews by Kwak Kyung-geun (in Korean) takes readers on a nostalgia trip time traveling through important periods of this building.

It is located in Seoul’s neighborhood Nakwon [Nakwon-dong/낙원동] in the Jongno District [Jongno-gu/종로구]. Ilmi Sikdang [일미식당] (no.148) is located at the market.

➜ Look out for the big blue ‘낙원악기상가’ sign on the building — the sign for ‘Nakwon Music Mall’
➜ Head to the alley on the left to access the underground market.
➜ Otherwise, cut through the building and head out to the back for the alternative route to the market, and the stairs seen in the respective shows.