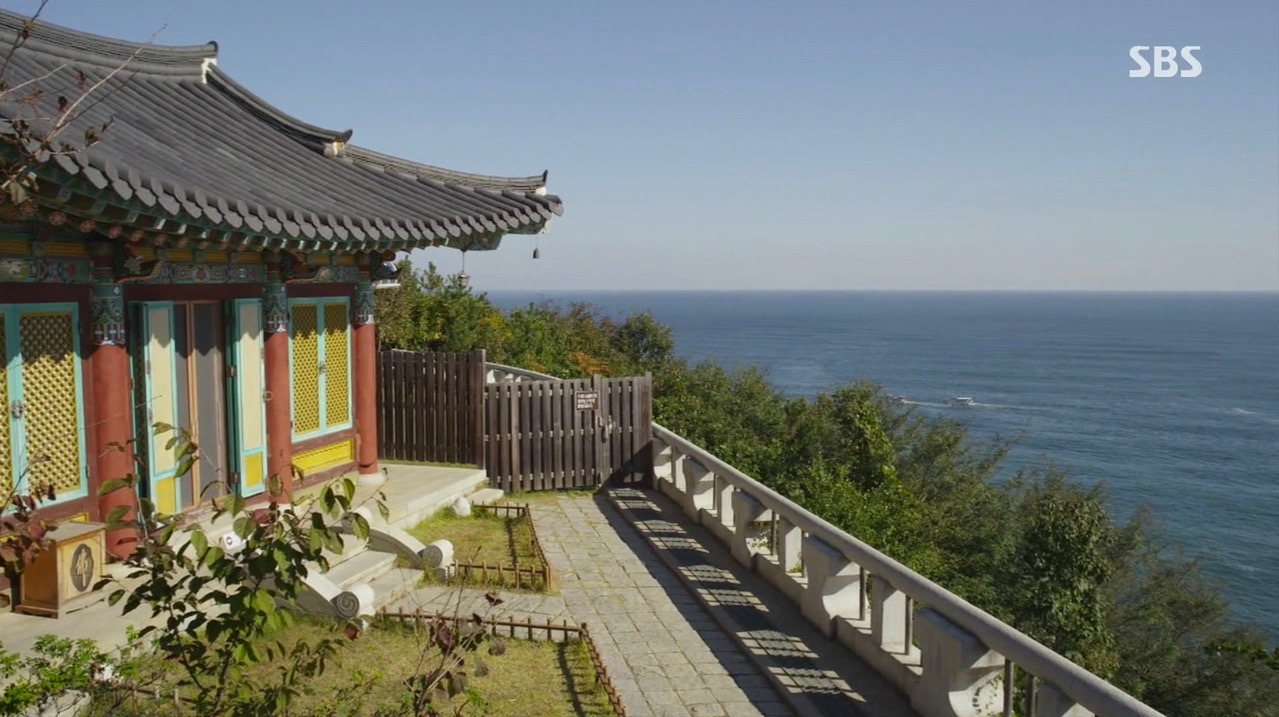 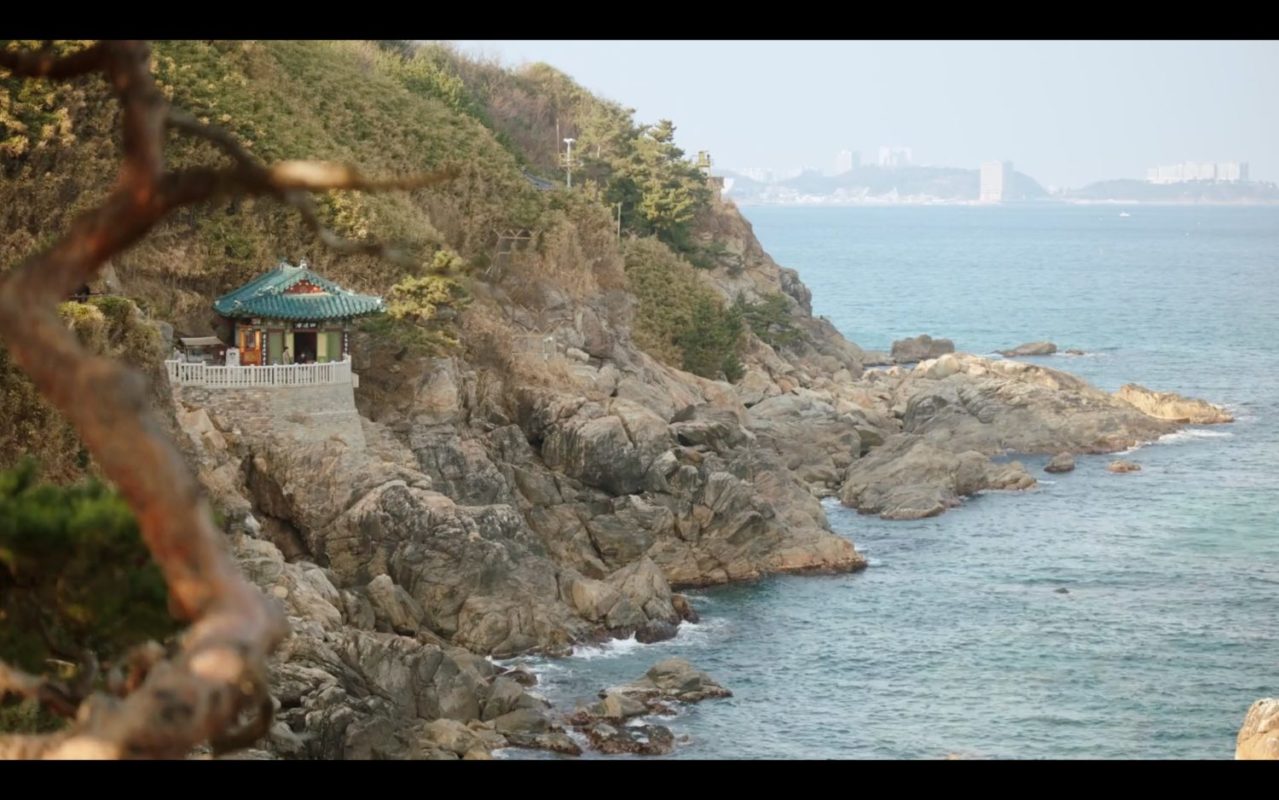 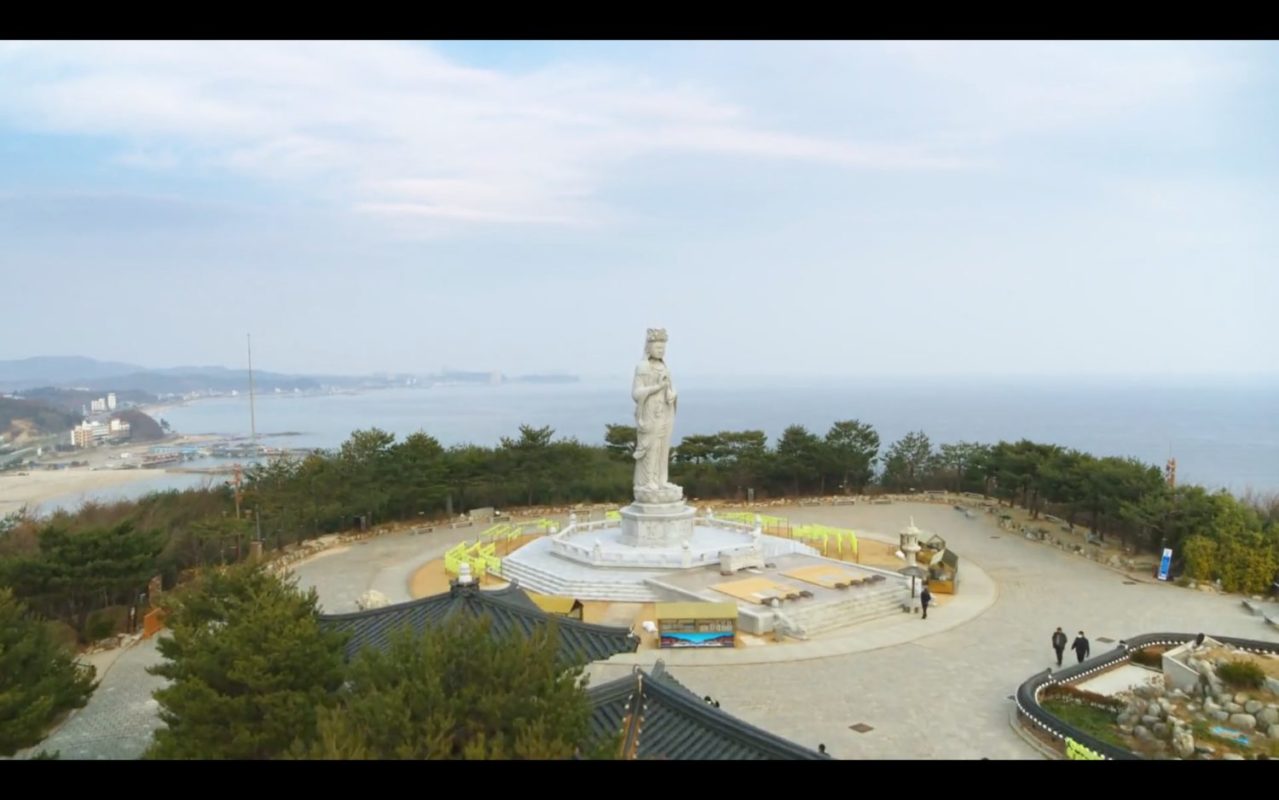 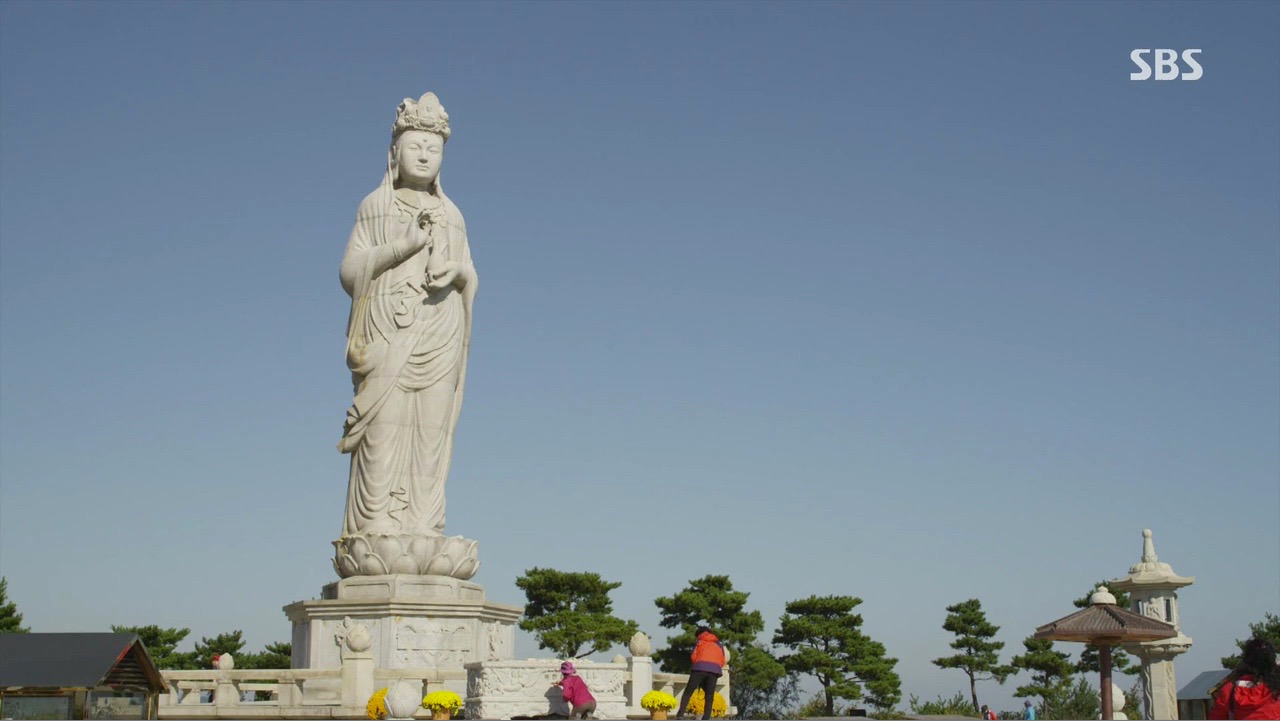 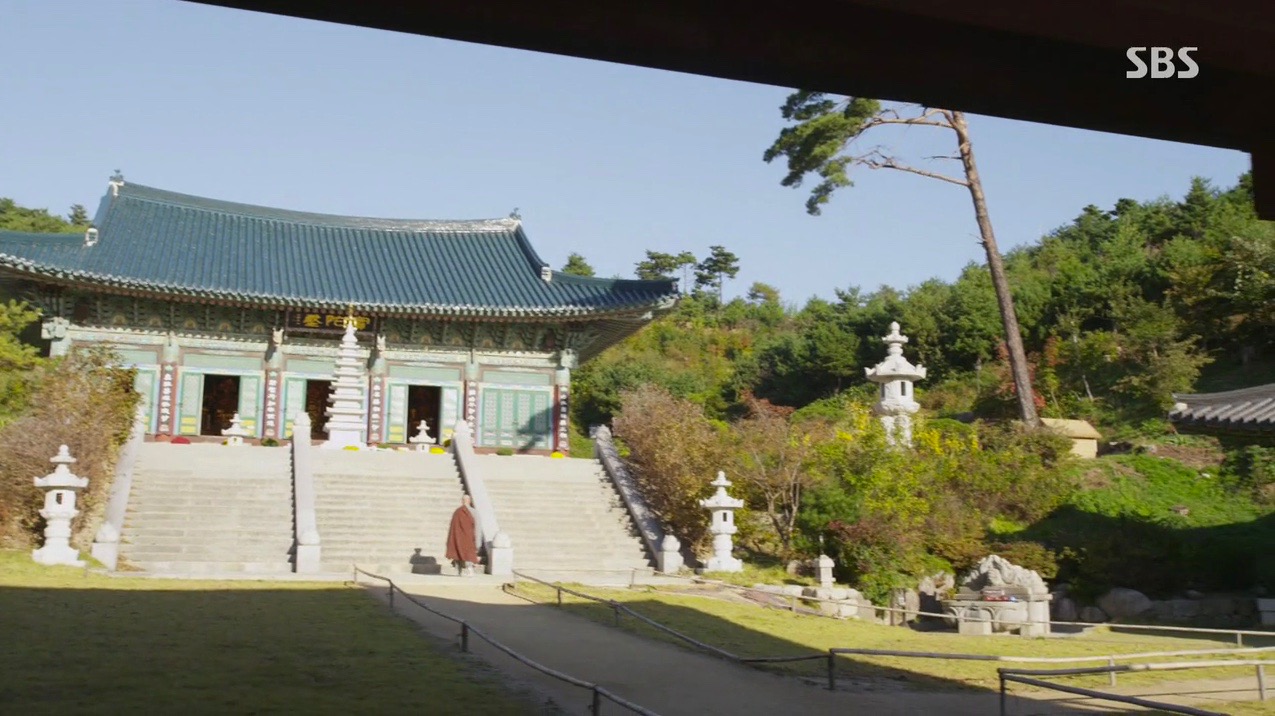 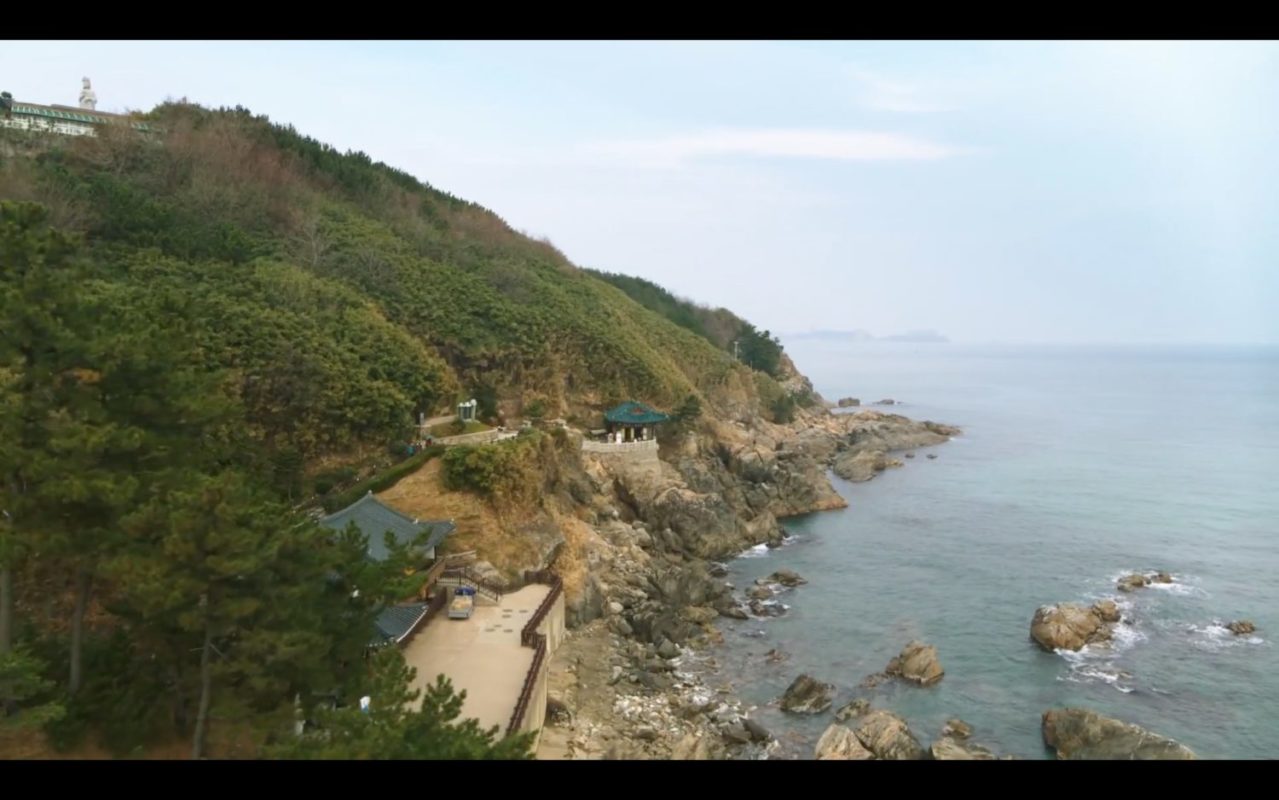 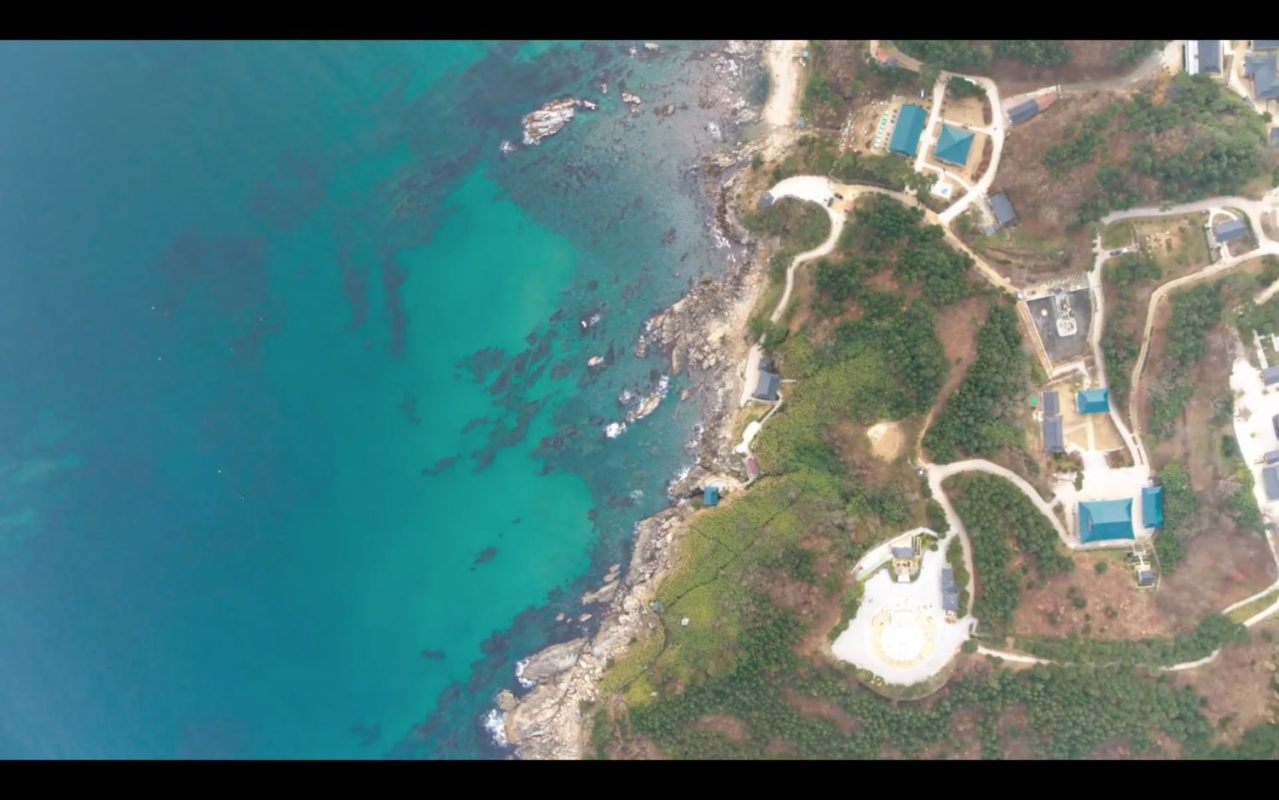 Na Young-won (Jung So-min) and Yoo Ja-sung (Kim Ji-seok) visit this temple during a work walk survey in episode 9 of Monthly Magazine Home/Monthly House (월간 집) (JTBC, 2021) and they both decide that they do work together well (being happy dating in the same time). Ja-sung explains that there is a saying that is connected to this temple, which is “United minds make flowers bloom even in ruins”. She the goes on saying that “this place fell into ruins because of a huge forest fire, but seeing how it is so firmly restored, I think that description fits perfectly.”

Naksansa Temple [낙산사/洛山寺], “founded in 671 during the reign of King Munmu of Silla” —as rightly explained in Monthly Magazine Home—, is a Buddhist temple “with a total of 37 buildings” (also stated in Monthly Magazine Home) located on South Korea’s east coast in the village of Jeonjin [Jeonjin-ri/전진리] in Gangwon County’s Ganghyeon Township [Ganghyeon-myeon/강현면] around half an hour south of the city of Sokcho [속초시] and around 4hr by public transport from Seoul. The temple is designated as Historic Site No. 495.

The temple was severely damaged during a forest fire on April 5th 2005 and fully restored in 2010.