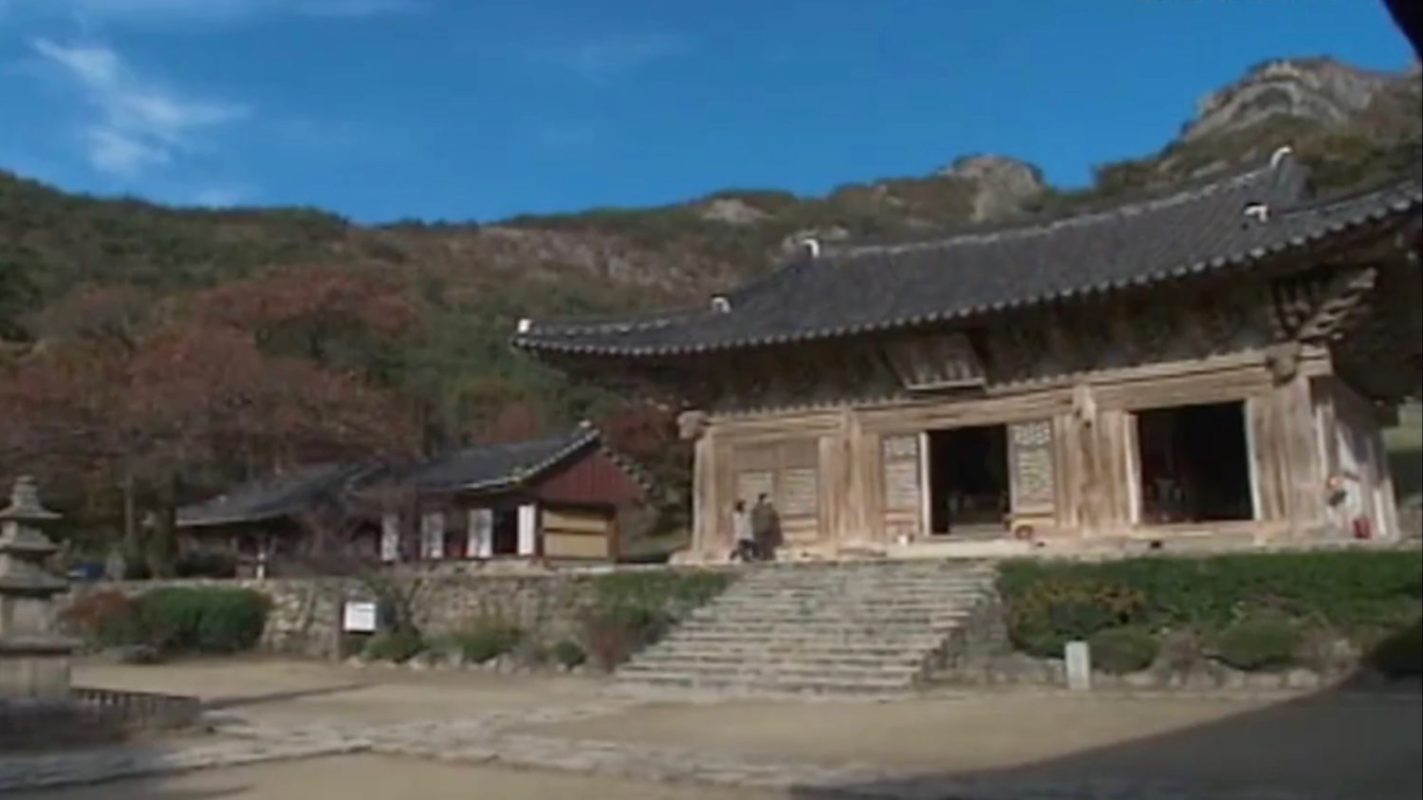 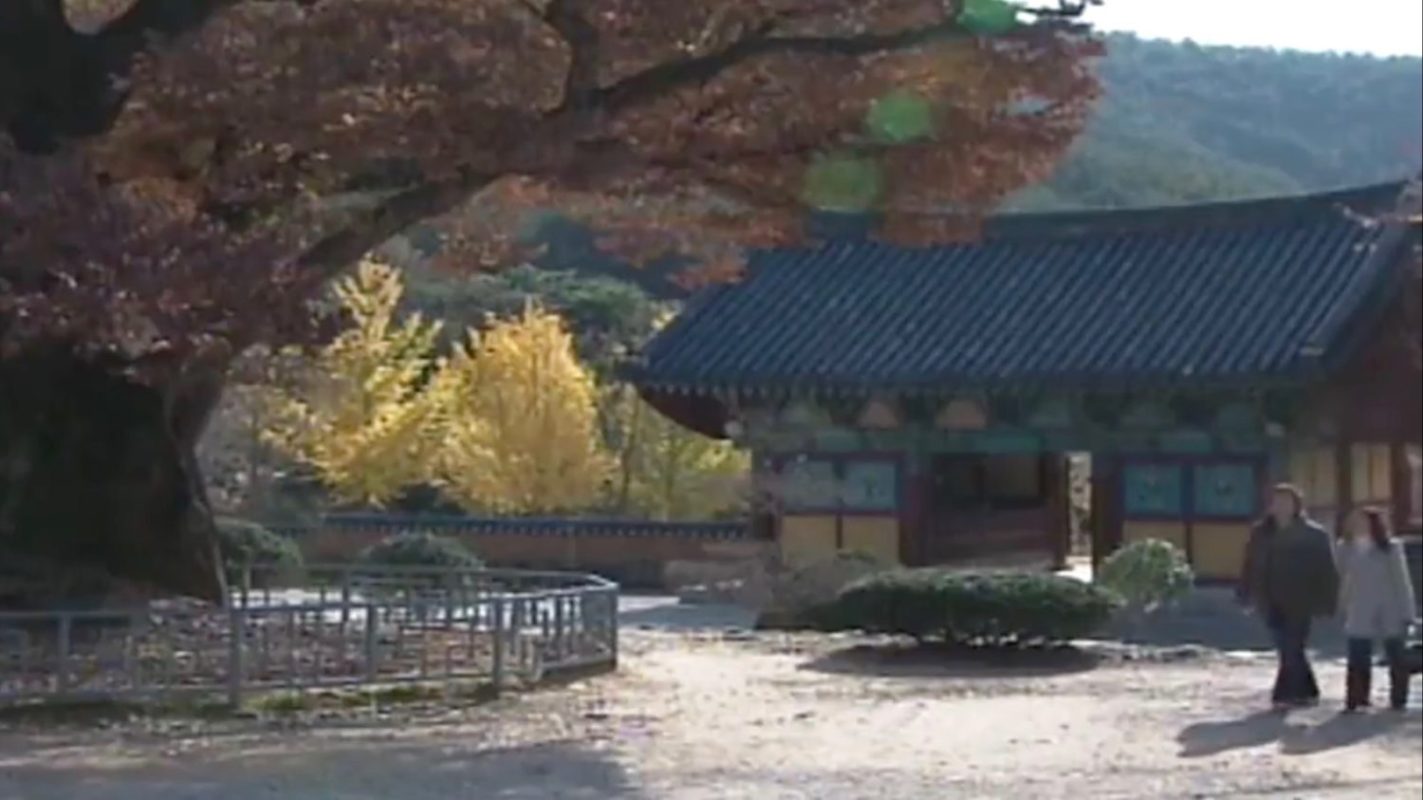 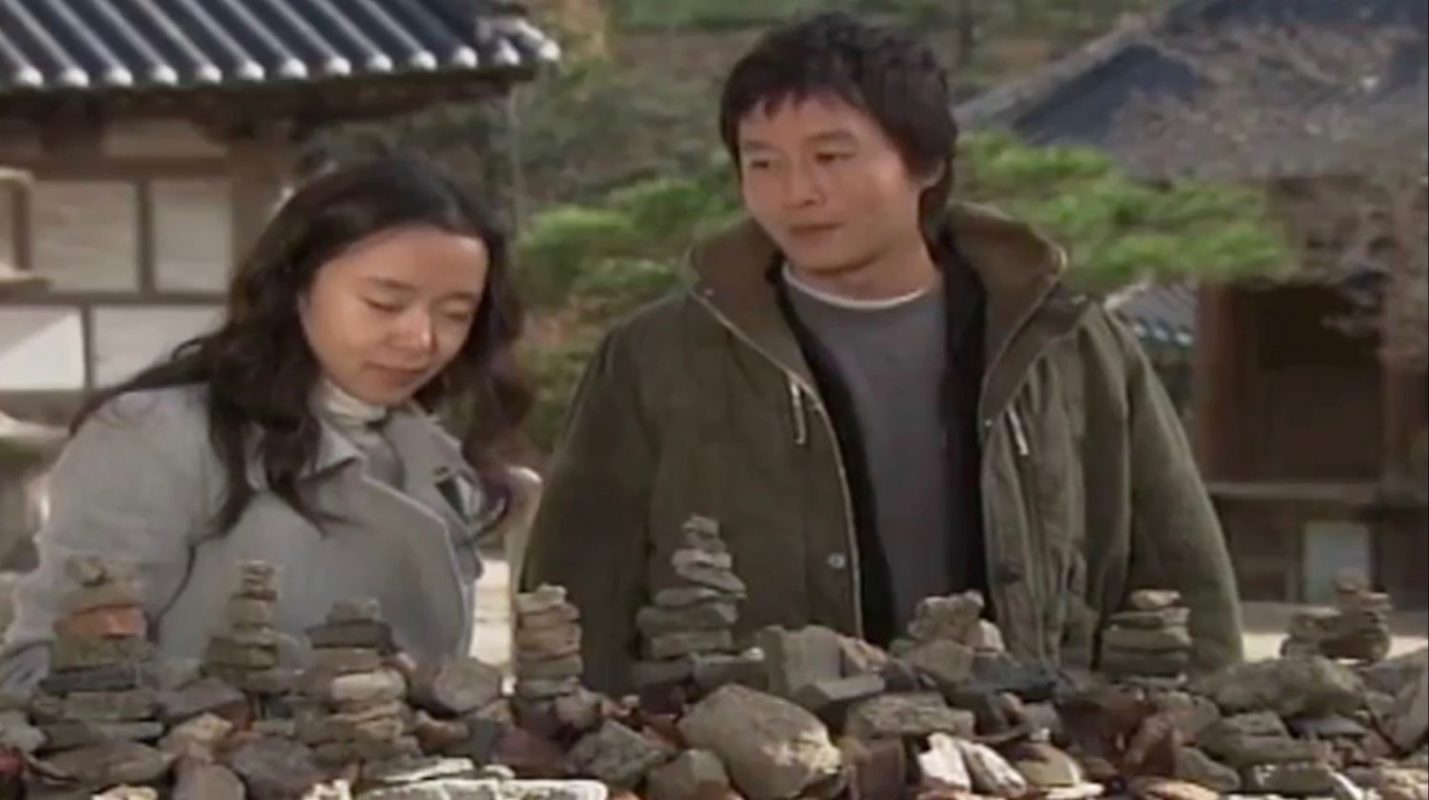 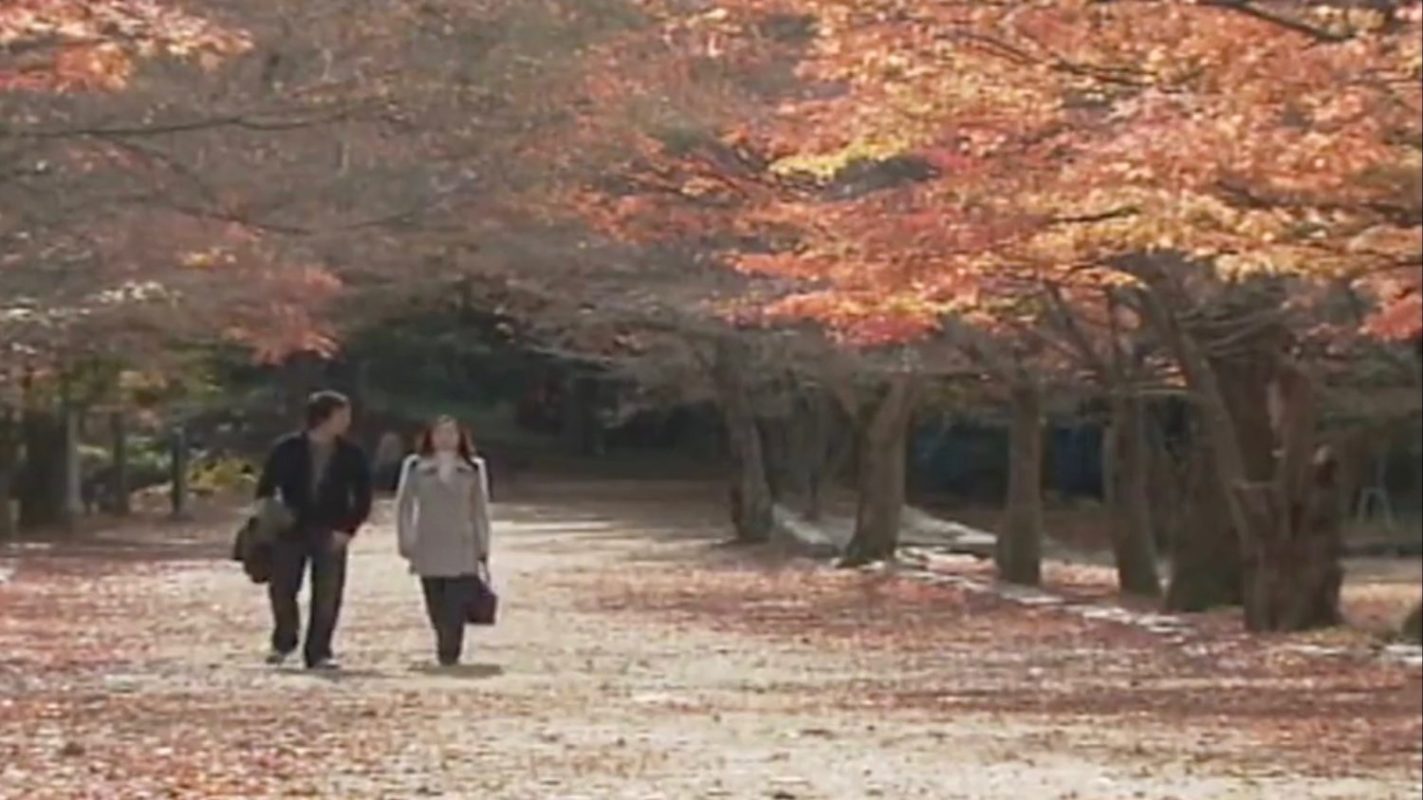 After Yoon Jae-hee (Jeon Do-yeon) resigns from the police force, Choi Sang-hyun (Kim Joo-hyuk) finds her at his favorite spot at the coast fishing and they come to this temple to spend time together in episode 16 of Lovers in Prague (프라하의 연인) (SBS, 2005).

Naesosa [내소사/來蘇寺] is a Buddhist temple located at the southern foot of Byeonsanbando National Park [변산반도국립공원] in the village of Seokpo [Seokpo-ri/석포리] in Buan’s Jinseo Township [Jinseo-myeon/진서면] — a little more than an hour to/from Buan Cine Theme Park [부안영상테마파크] by public transport. The temple was founded as ‘Soraesa Temple’ during the reign of Baekjae King Mu in 633 CE. Its contemporary name, Naesosa, means “May anyone who comes here revive their life”.

There is also a folktale connected with this temple. It reads like this on the temple’s website: “When the construction of the Buddha Hall was completed, an artist volunteered to paint the interior, under the condition that nobody looks inside the hall for a period of one hundred days. On the 99th day, a young monk who couldn’t restrain his curiosity any longer, peeked inside the hall and saw a golden bird grasping a brush in its peak and flying around, painting the interior. Surprised at his appearance, the bird stopped painting and flew away. To this day, one side of the hall remains bare and unpainted.”