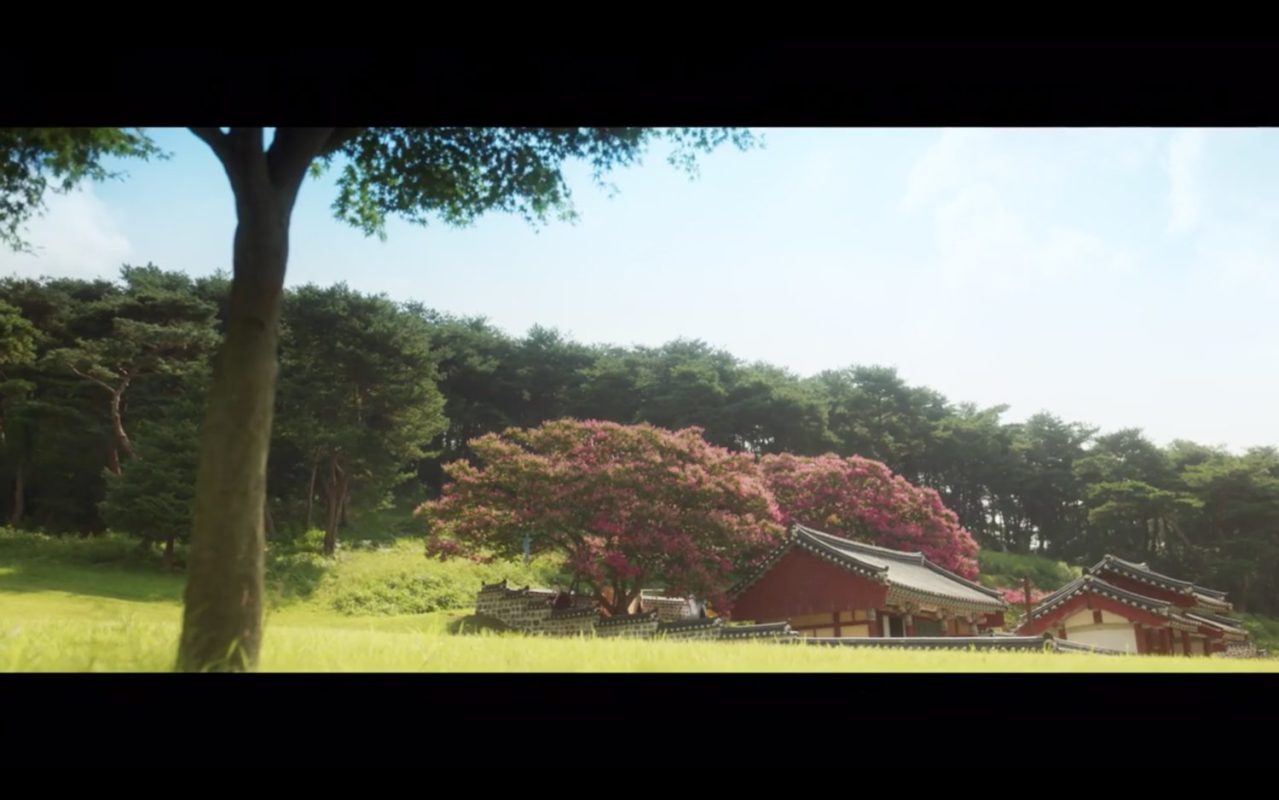 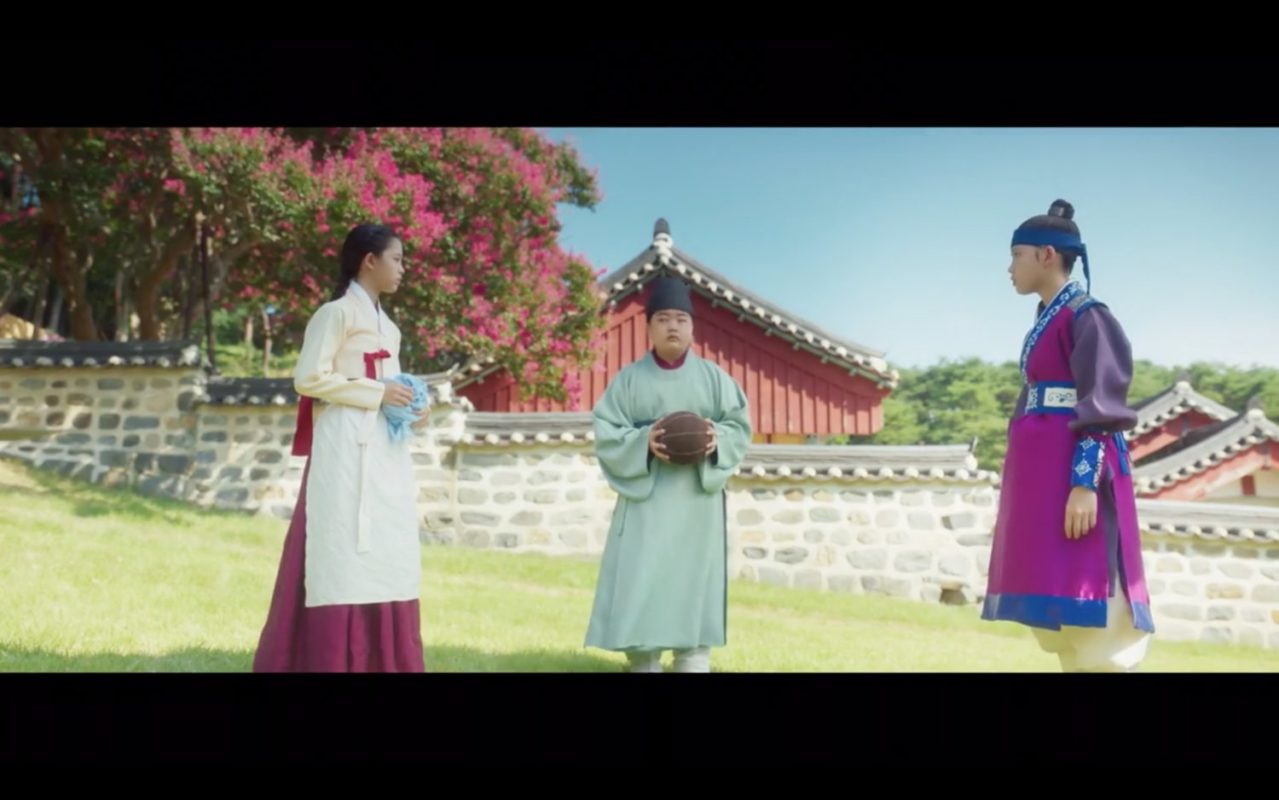 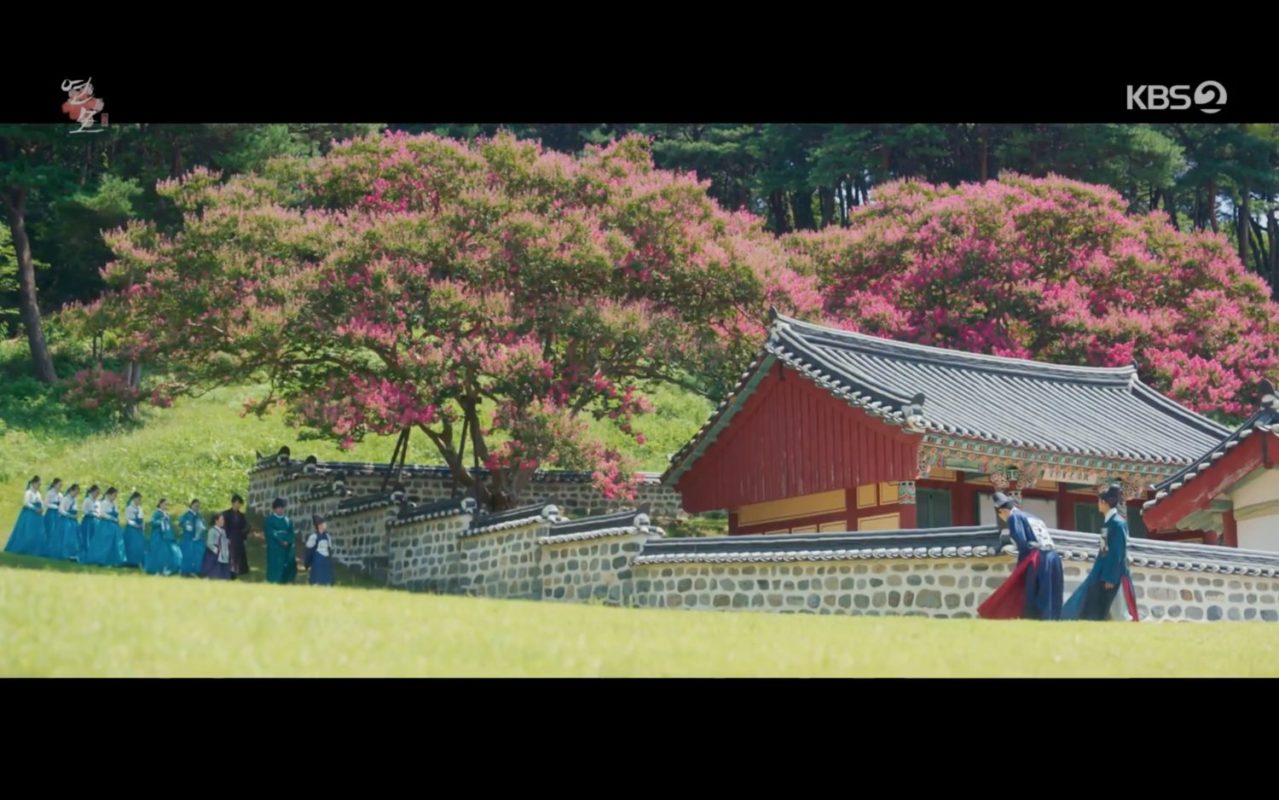 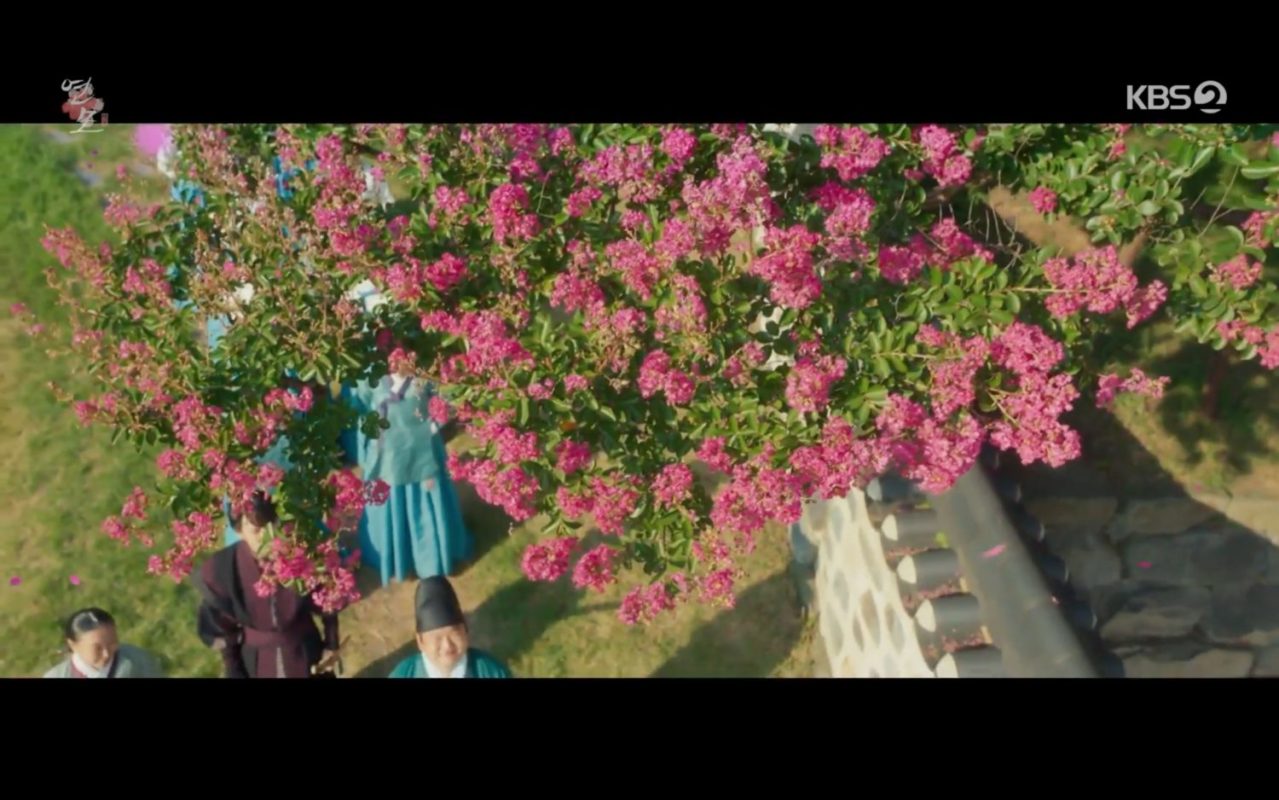 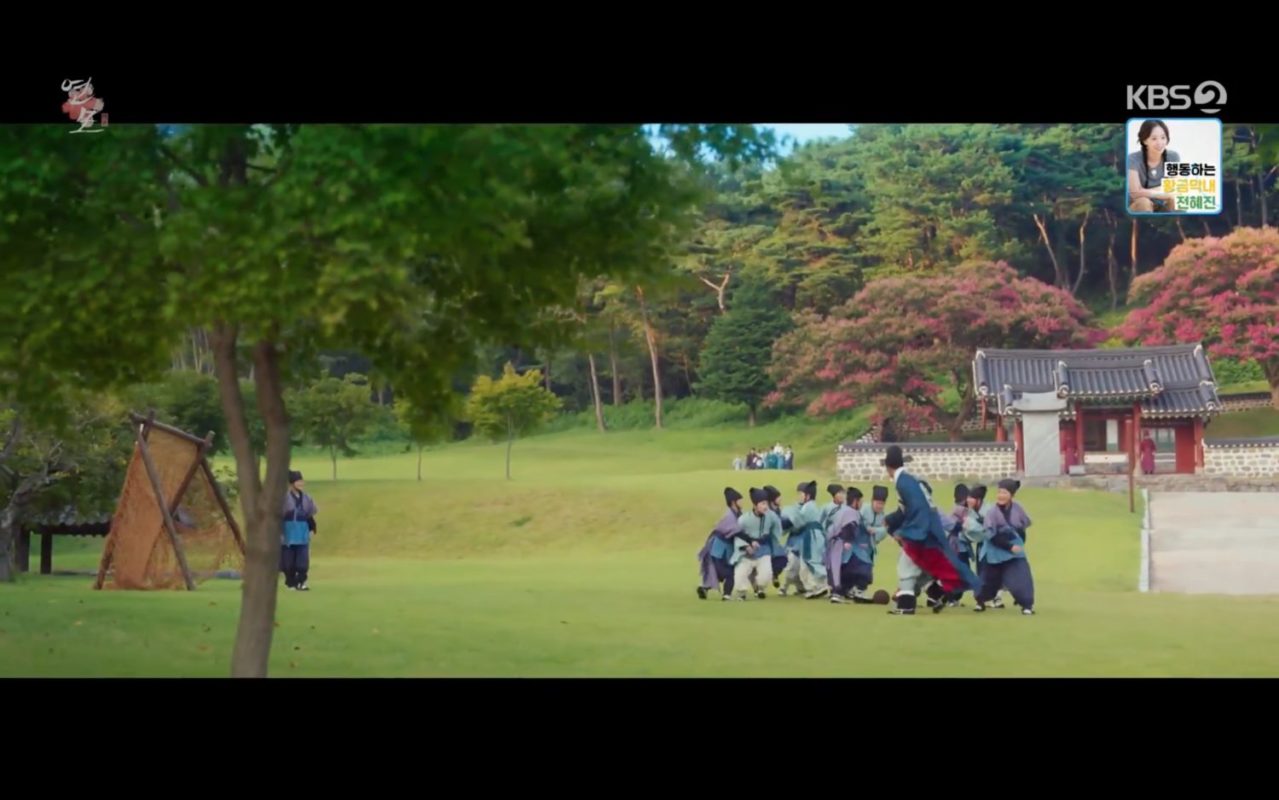 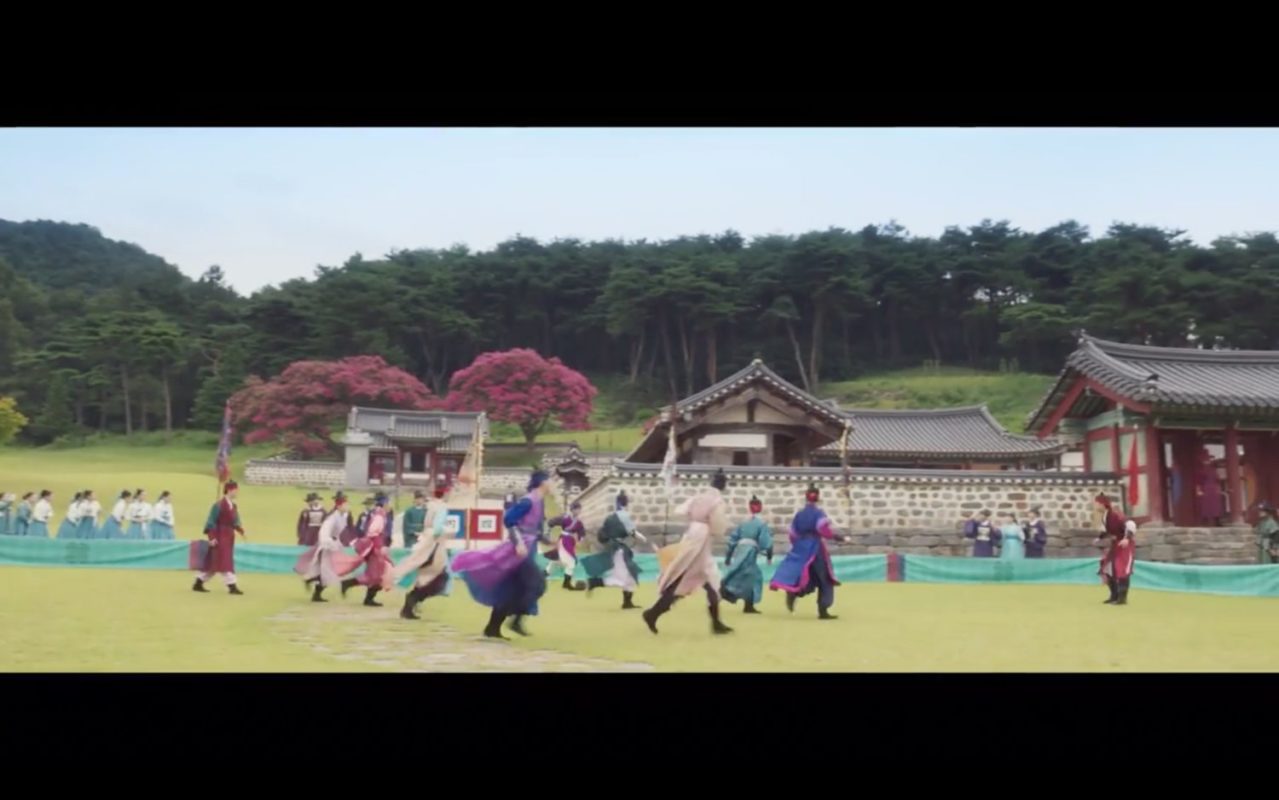 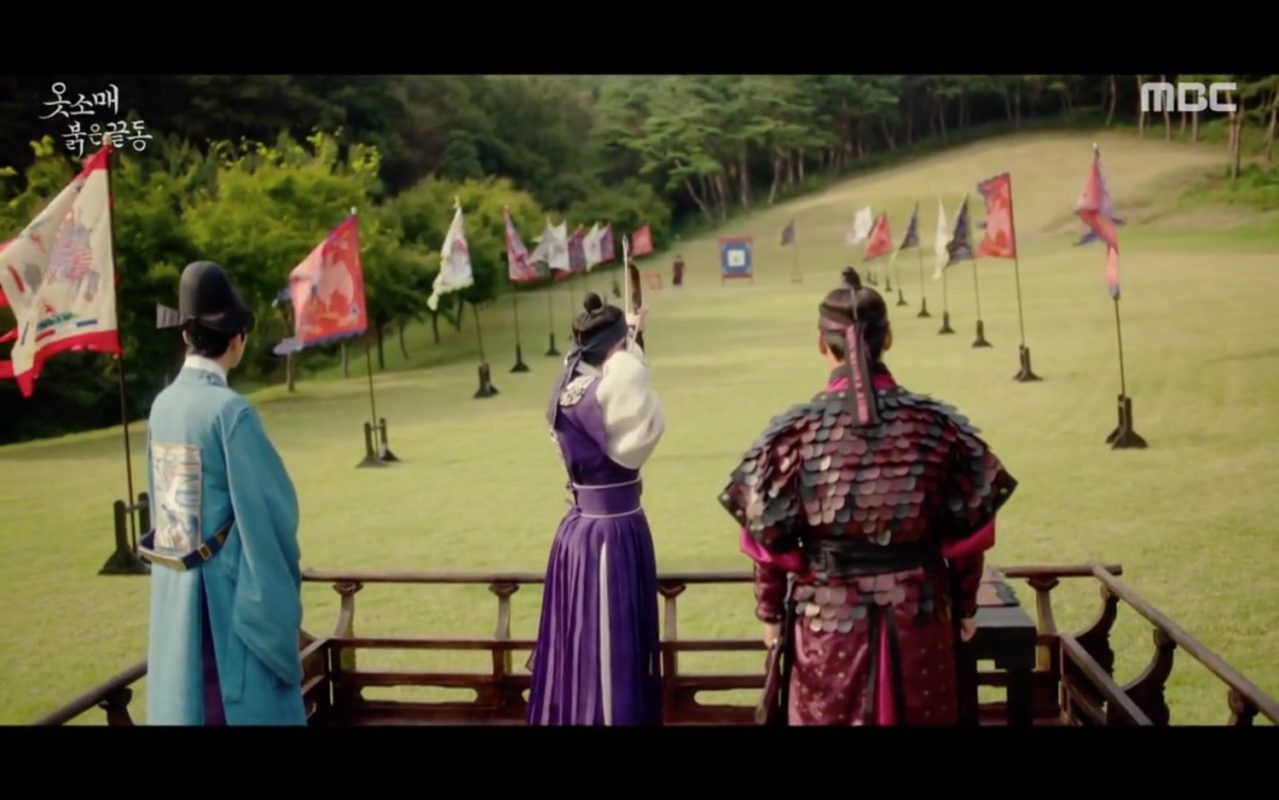 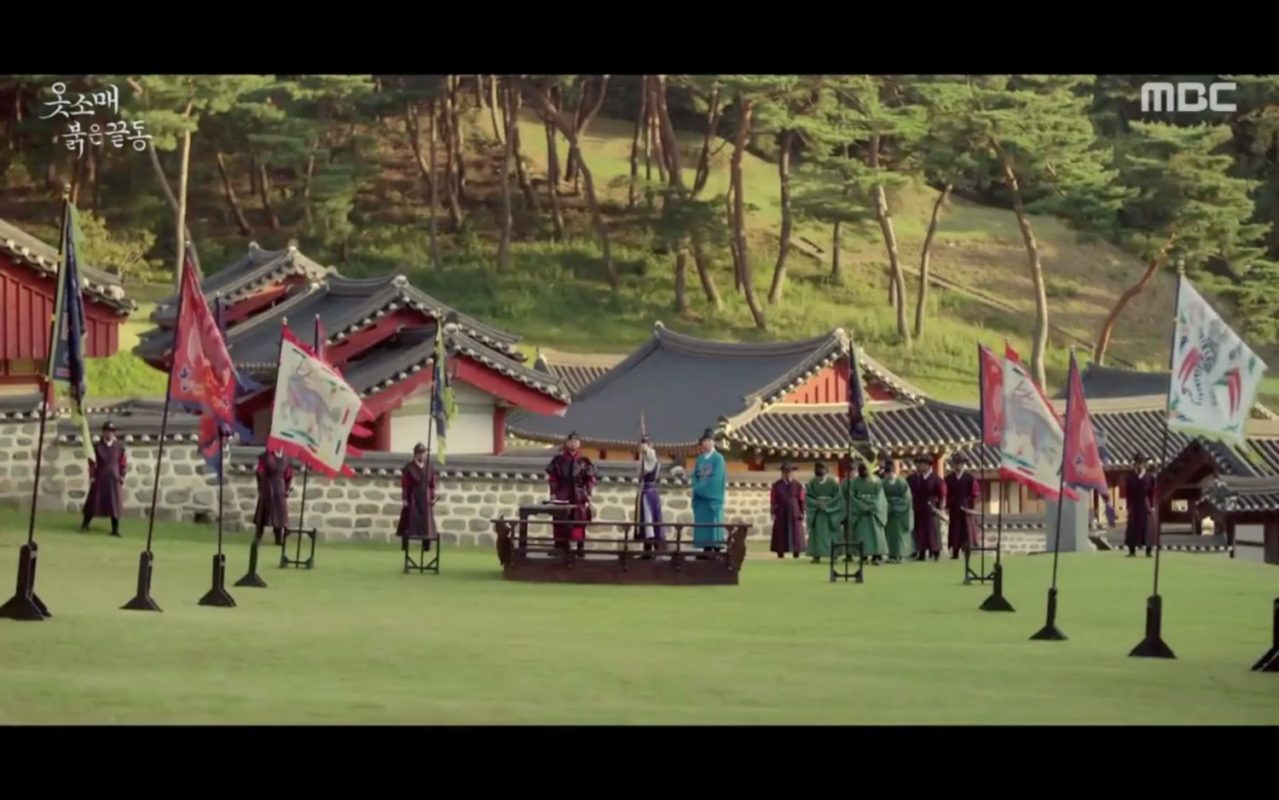 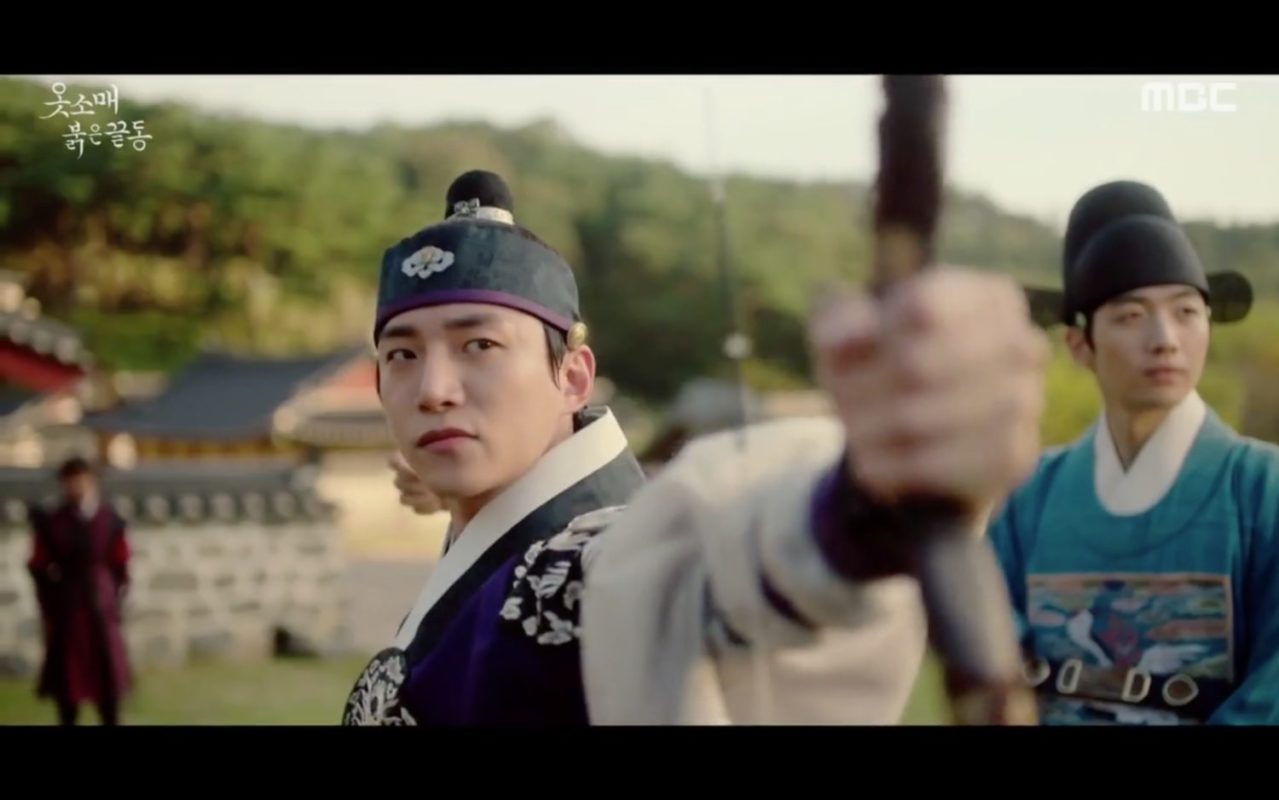 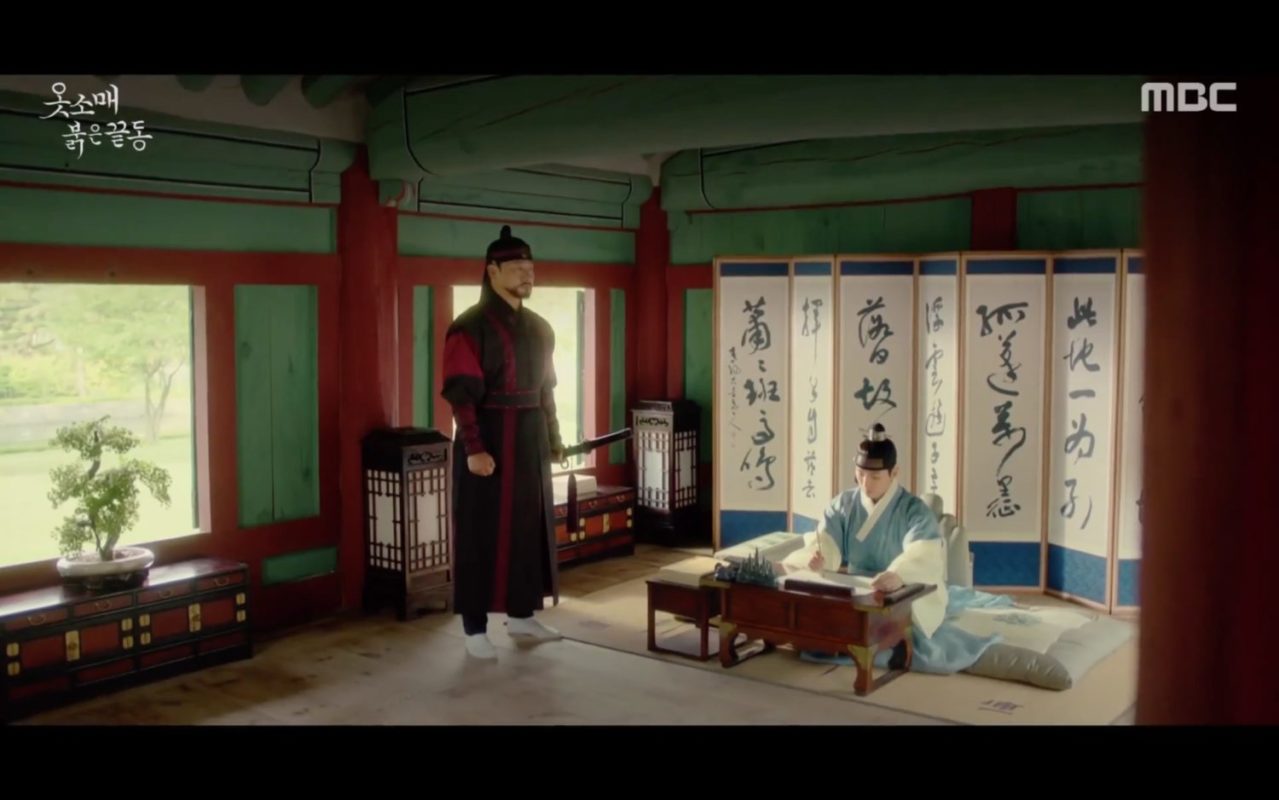 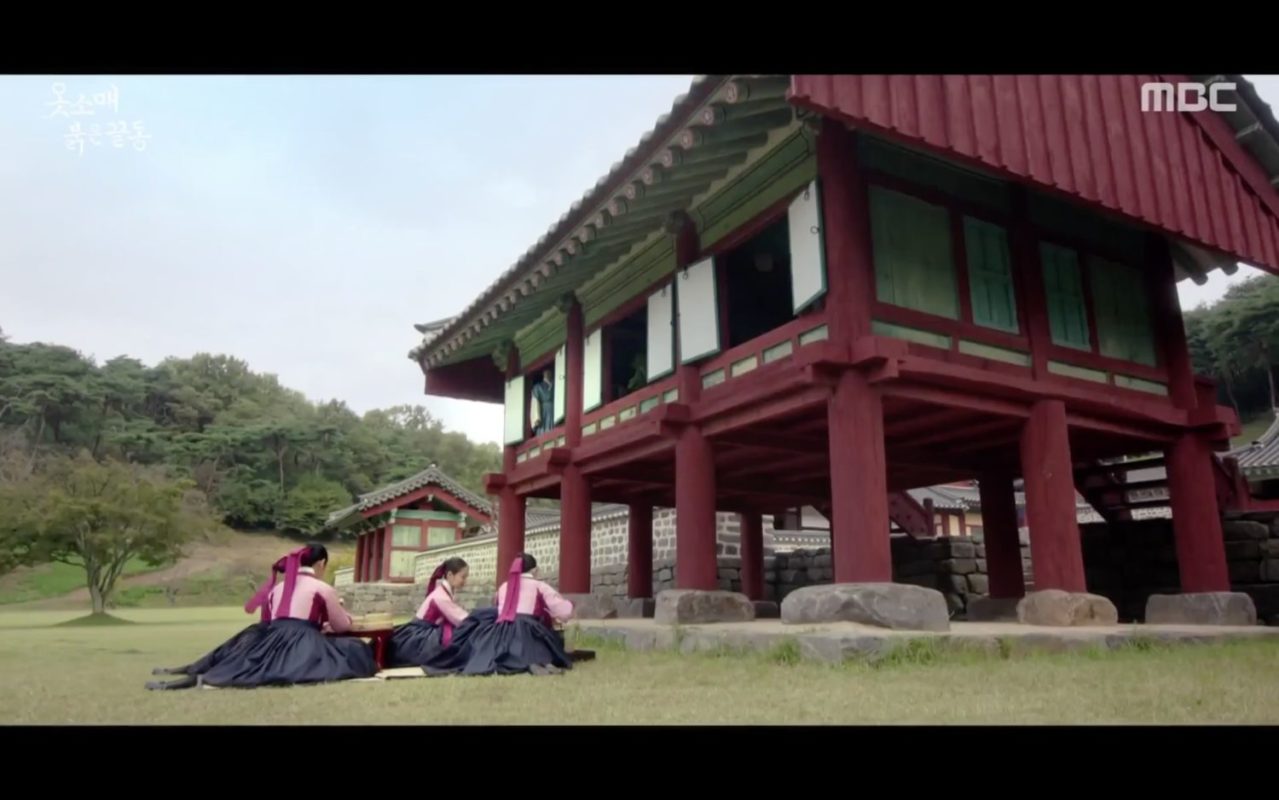 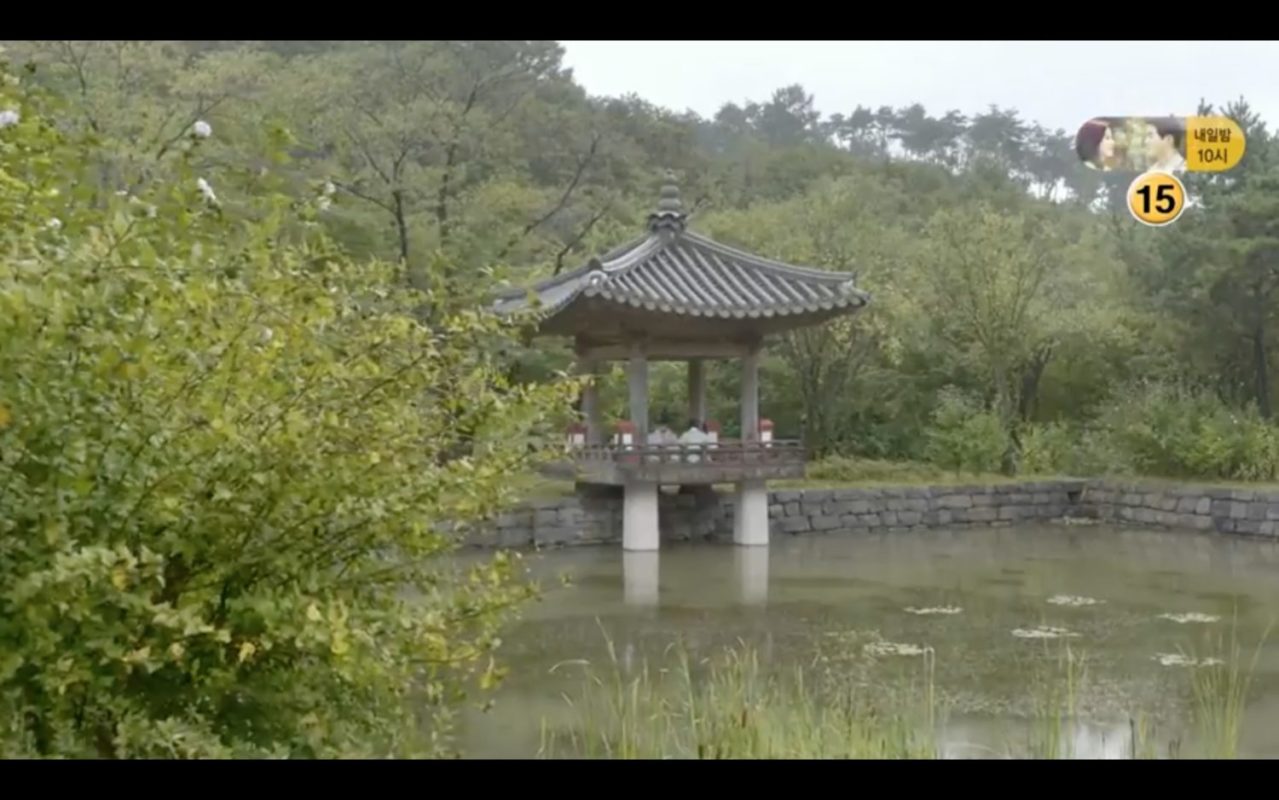 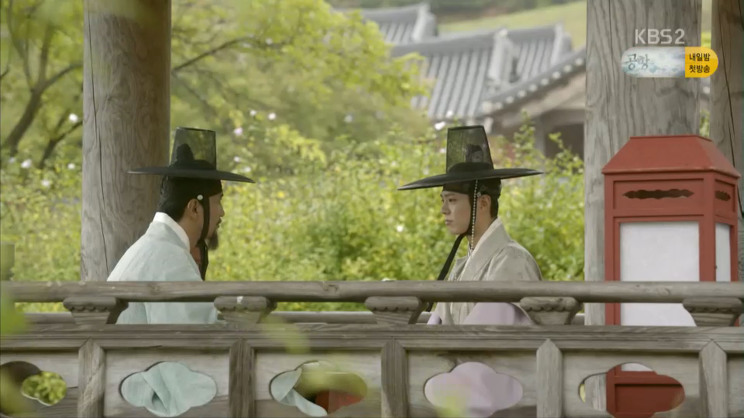 This is seen as part of the palace grounds in The Red Sleeve/The Red Sleef Cuff (옷소매 붉은 끝동) (MBC, 2021-22), encompassing the archery grounds and a private study of Crown Prince Yi San (Lee Joo-won). It is first seen when the Crown Prince exercises his archery skills in episode 6 and later, when he studies at a pavilion. It is there that he hears Seong Deok-im (Lee Se-young) and her court lady friends having a barbecue underneath it, and overhears Deok-im saying that she likes him. In episode 7, the Crown Prince is back here to practise archery (or rather, let off some steam).

This appears as part of the Joseon palace grounds in The King’s Affection/Yeonmo (연모) (KBS2, 2021-22). It is here in episode 1 that the young crown prince Lee Hwi (Choi Myung-bin) first encounters young palace maid Lee Hwi/Dam-yi (Choi Myung-bin) who looks just like him. Later, in episode 5, when Dam-yi has become Crown Prince Lee Hwi (Park Eun-bin) and adult Jung Ji-un (Kim Seok-woo/Rowoon of SF9) works at the palace as his/her tutor, they run into each other here on one of the Crown Prince’s usual walks through the palace when (s)he admires the flowering crape myrtle trees.

Lee Young/Crown Prince Hyomyung (Park Bo-gum) meets up with Jeong Yak-yong (Ahn Nae-sang) to ask him for advice at this pavilion located along a pond, in episode 10 of Moonlight Drawn by Clouds/Love in the Moonlight (구르미 그린 달빛) (KBS2, 2016 — source).

Munheon Seowon [문헌서원/文獻書院], located in the village of Yeongmo [Yeongmo-ri/영모리] in Seocheon County’s Gisan Township [Gisan-myeon/기산면], served as a Confucian academy – or seowon – during the Joseon Dynasty. It is designated ‘Chungcheongnam-do Cultural Heritage Material No. 125 (지정부류문화재자료지정번호제125호)’ and is also listed on the Korea Film Commissions & Industry Network webpage by the Chungnam Film Commission.

This school was originally established in 1594 in the memory of renowned writers, Confucian scholars and civil officials Lee Gok (이곡/李穀, b.1298-1351) and his son Lee Saek/Yi Saek (이색/李穡, pen name: Mokeun, b.1328-1396) of the Goryeo Dynasty. First destroyed in 1610 during the Japanese invasion of Korea, it was restored and relocated to Gochon Village [Gochon-ri/고촌리] in 1611. It was again destroyed in 1871 and restored by local Confucian scholars in 1969.

The red flowering trees that grow on this site are crape myrtle (배롱나무/紫薇花, Lagerstroemia indica L.). The trees bloom from July to September in either red or white and the crinkled flowers hang in panicles from the branches. In Korea, this tree is recorded in the Yanghwa Sorok [양화소록/養花小錄], Korea’s first horticultural book written under the reign of King Sejo (1455 – 1468). It is also known as the yangban or ‘scholar’ tree and was planted a lot in Confucian academies and temples “as a symbol of humility and integrity”.

Jangpangak, a repository which has been open to the public since 2017,  houses a collection of 947 old printing woodblocks reminiscent of the Tripitaka Koreana; among them are Lee Gok’s published poems and prose《Home/가정집》—also known as Collected Works of Yi Gok (Gajeongjip)— and the poem collection《Mokeunjip/목은집/牧隱集》published by Lee Saek in 1404. The woodblocks have been kept in this repository since the 1969 restoration of the seowon.