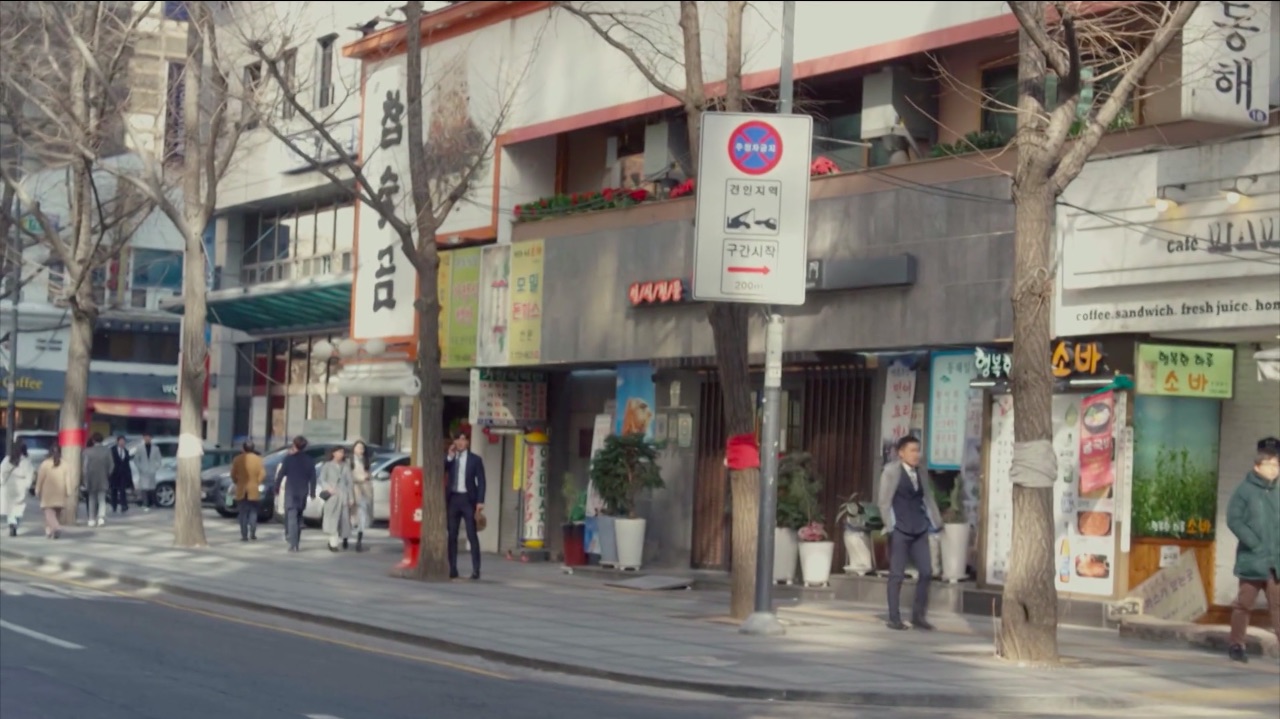 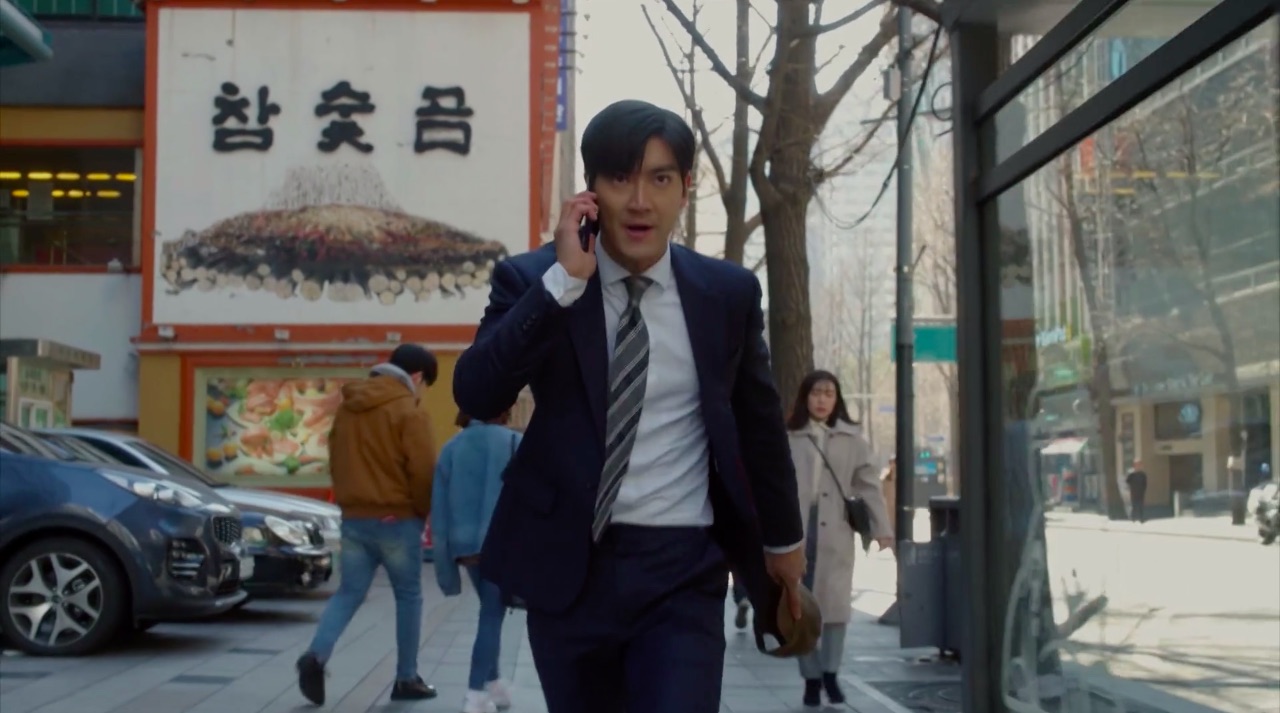 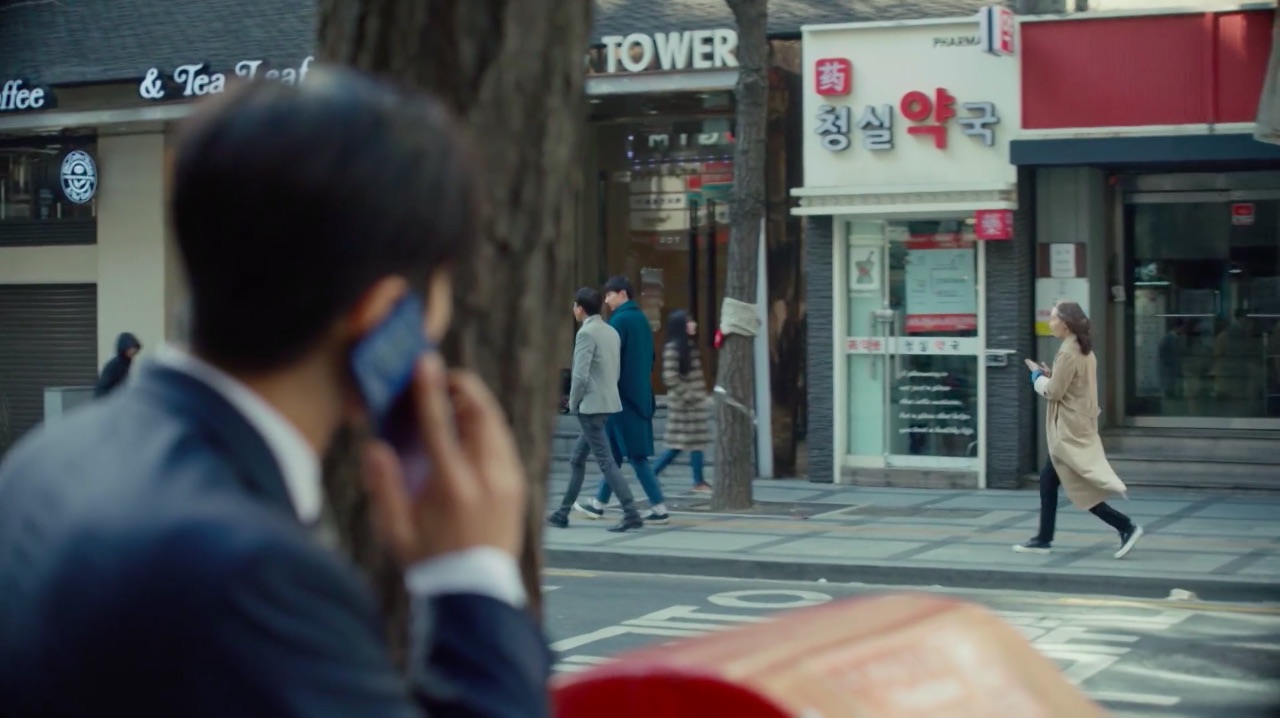 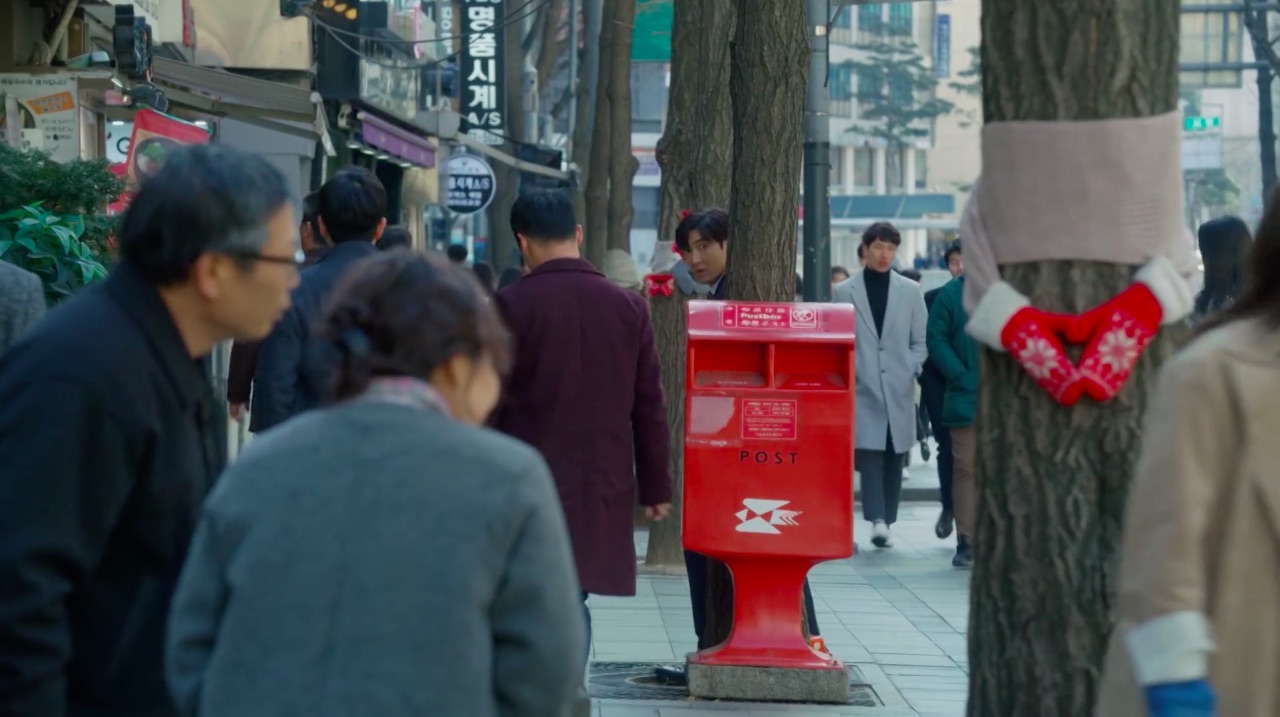 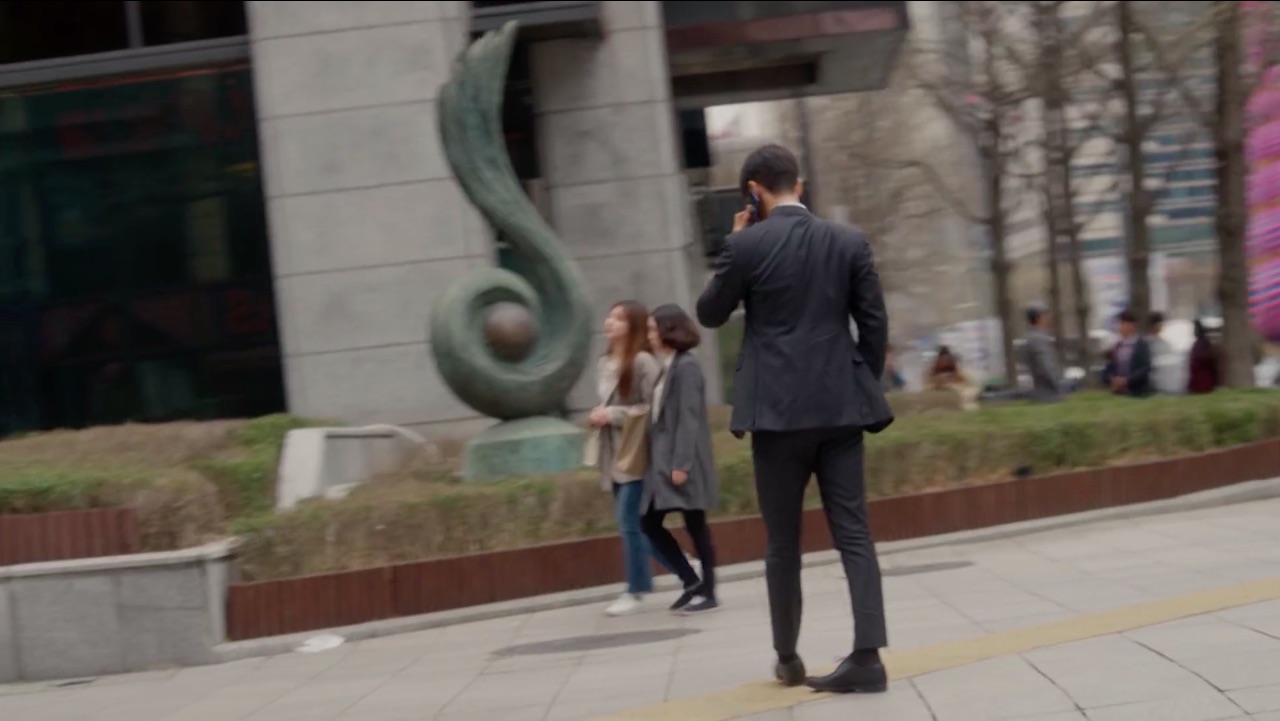 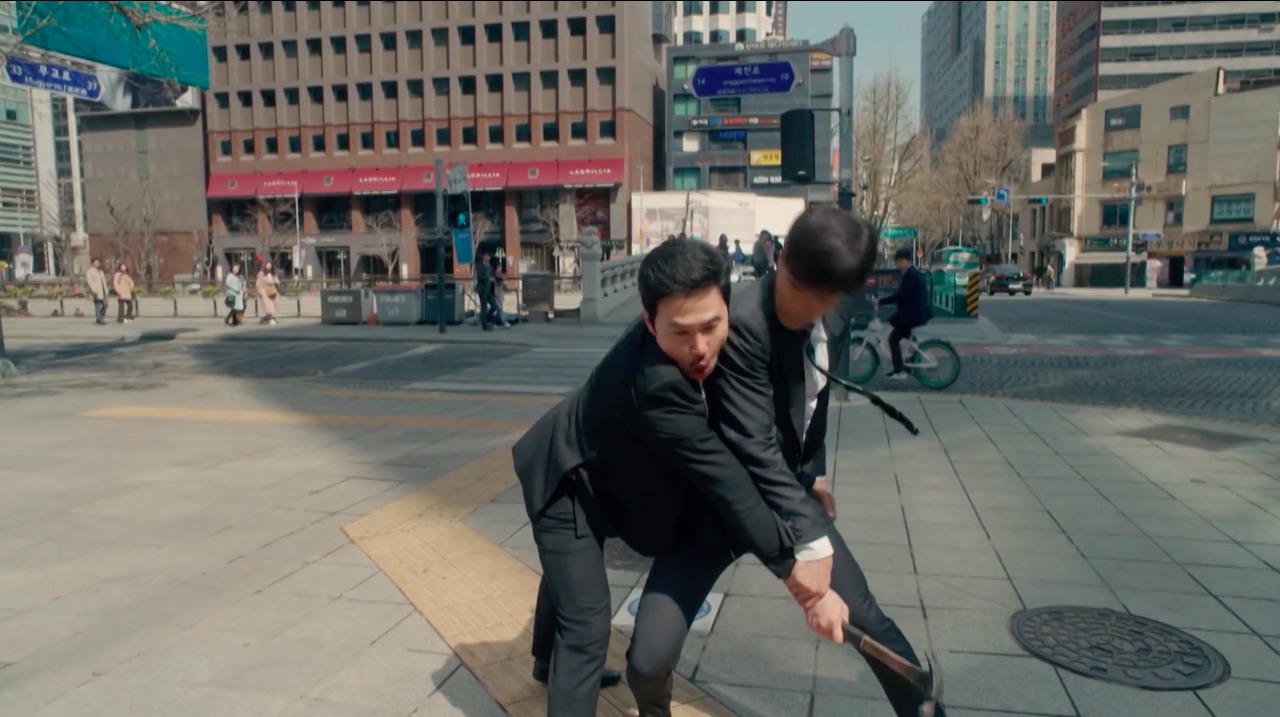 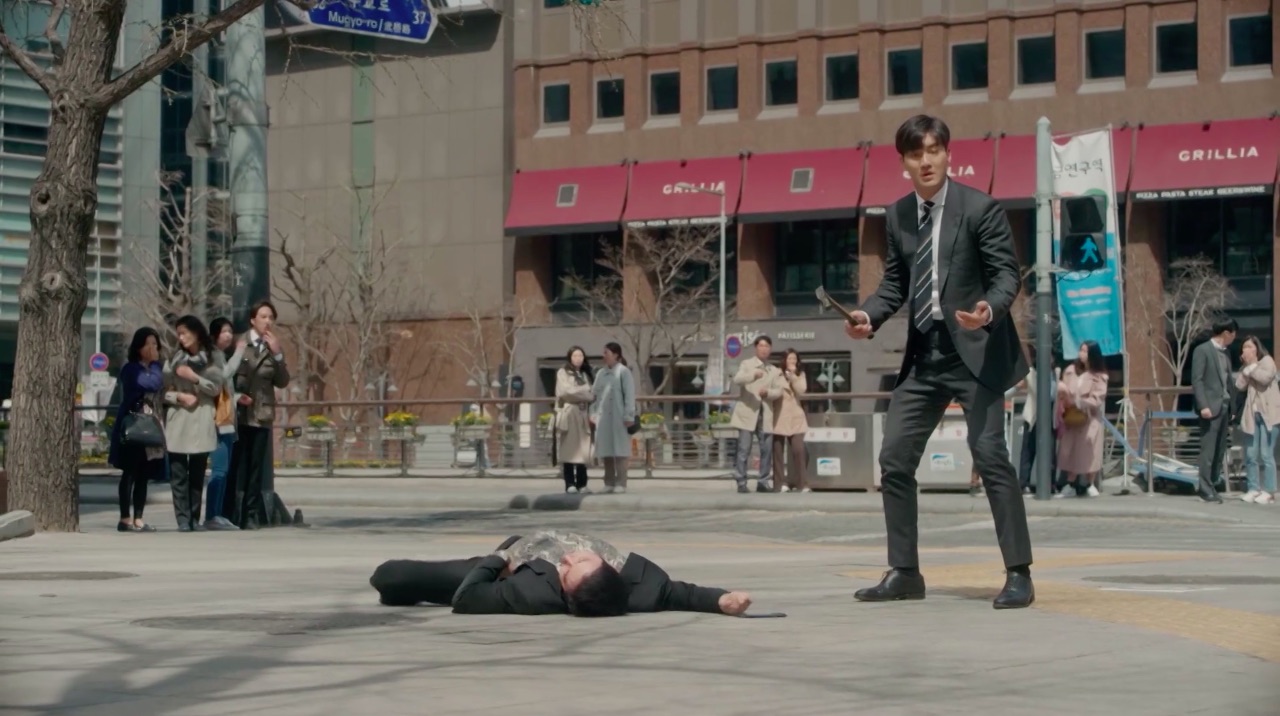 Yang Jung-guk (Choi Si-won) spots Kim Mi-young (Lee Yoo-young) talking to the two elderly buyers in episode 7 of My Fellow Citizens!/Fellow Citizens (국민 여러분!) (KBS2, 2019). After the couple leaves, he calls her on the premise of finding out where she is. In episode 9, Jung-guk parks further up the street and stands outside a building to call Charles (Yang Dong-geun) along the street and let him know his status. In the meantime, Park Hoo-ja’s (Kim Min-jung) henchman Choi Pil-joo (Heo Jae-ho) tries to sneak up on him to strike him from behind with a hammer, but the well-trained Jung-guk was able to overthrow him in no time. 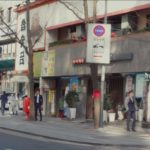 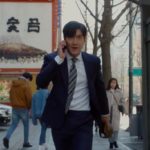 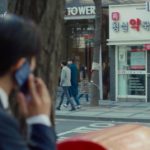 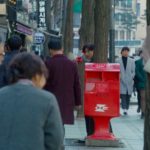 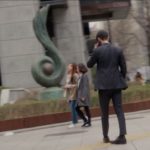 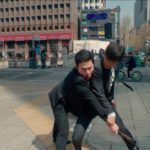 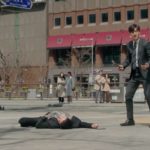