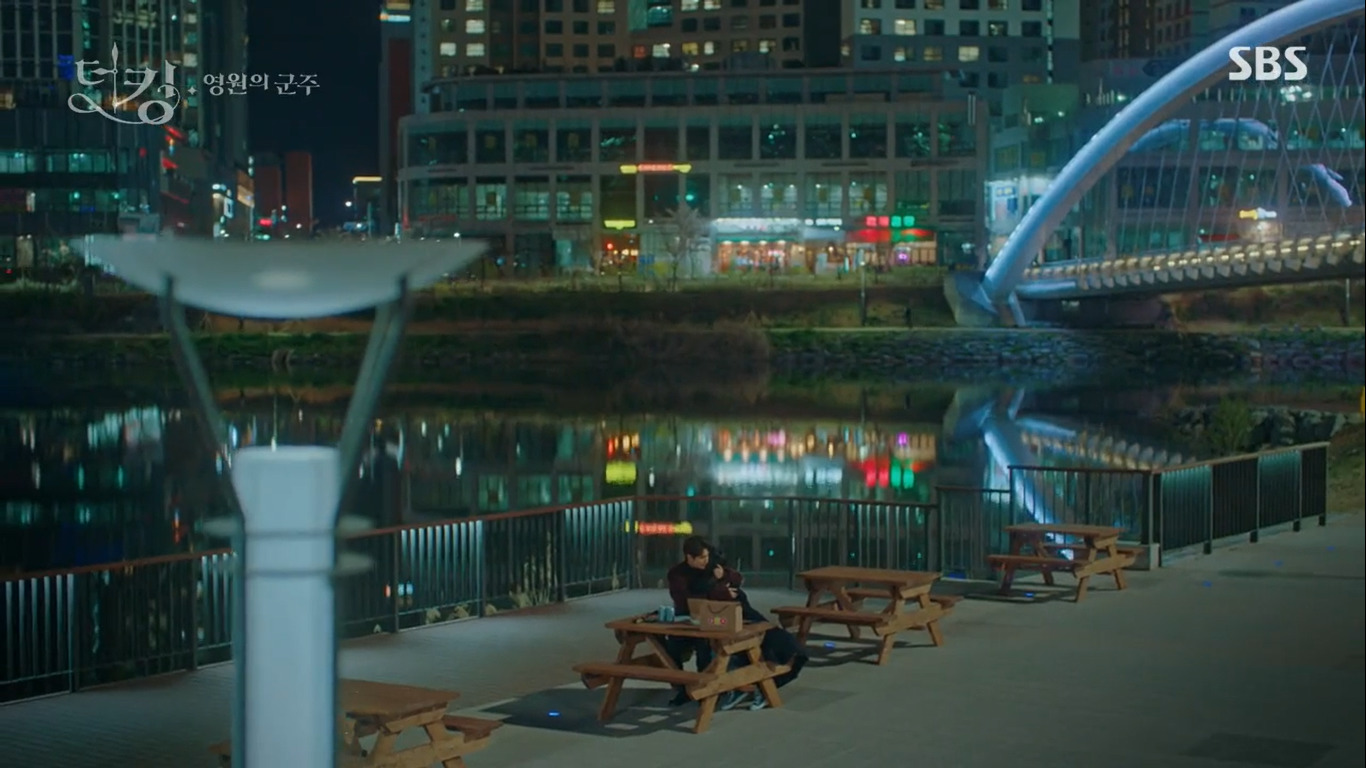 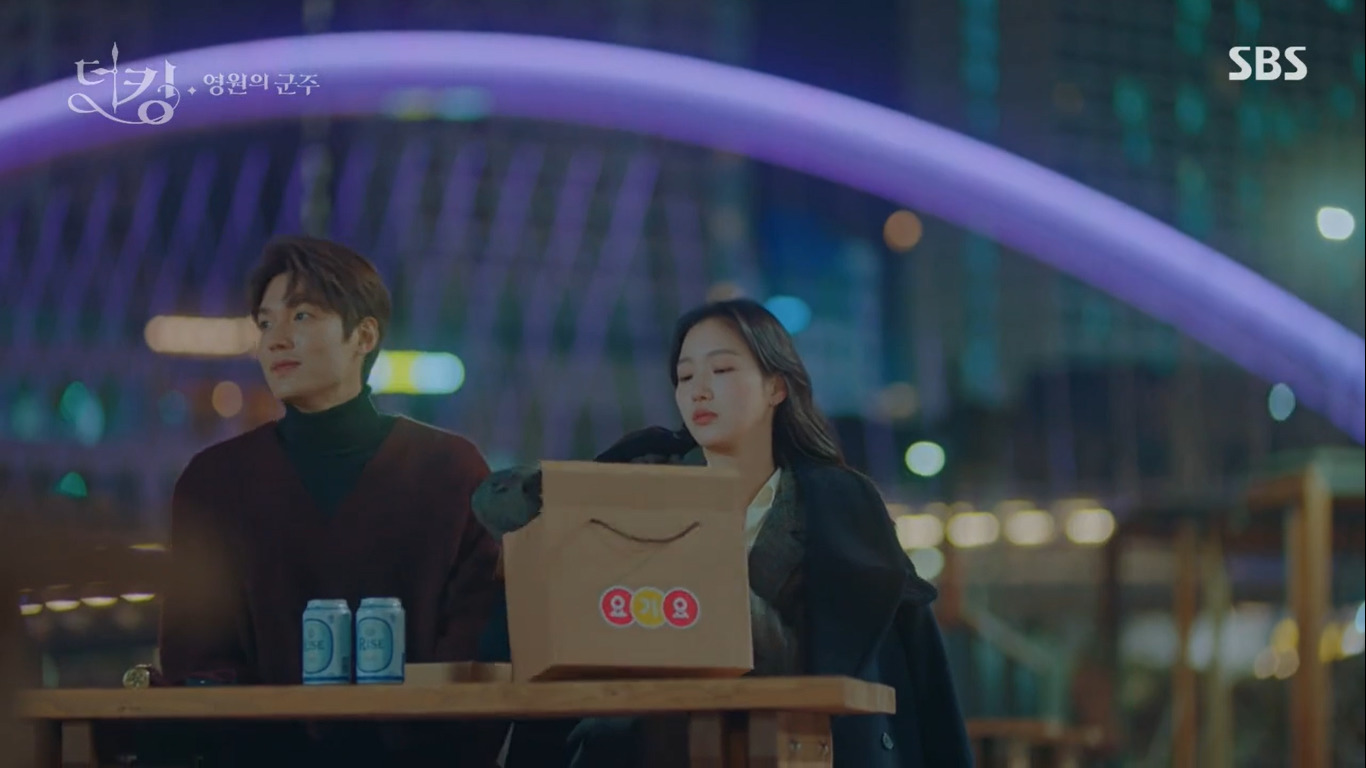 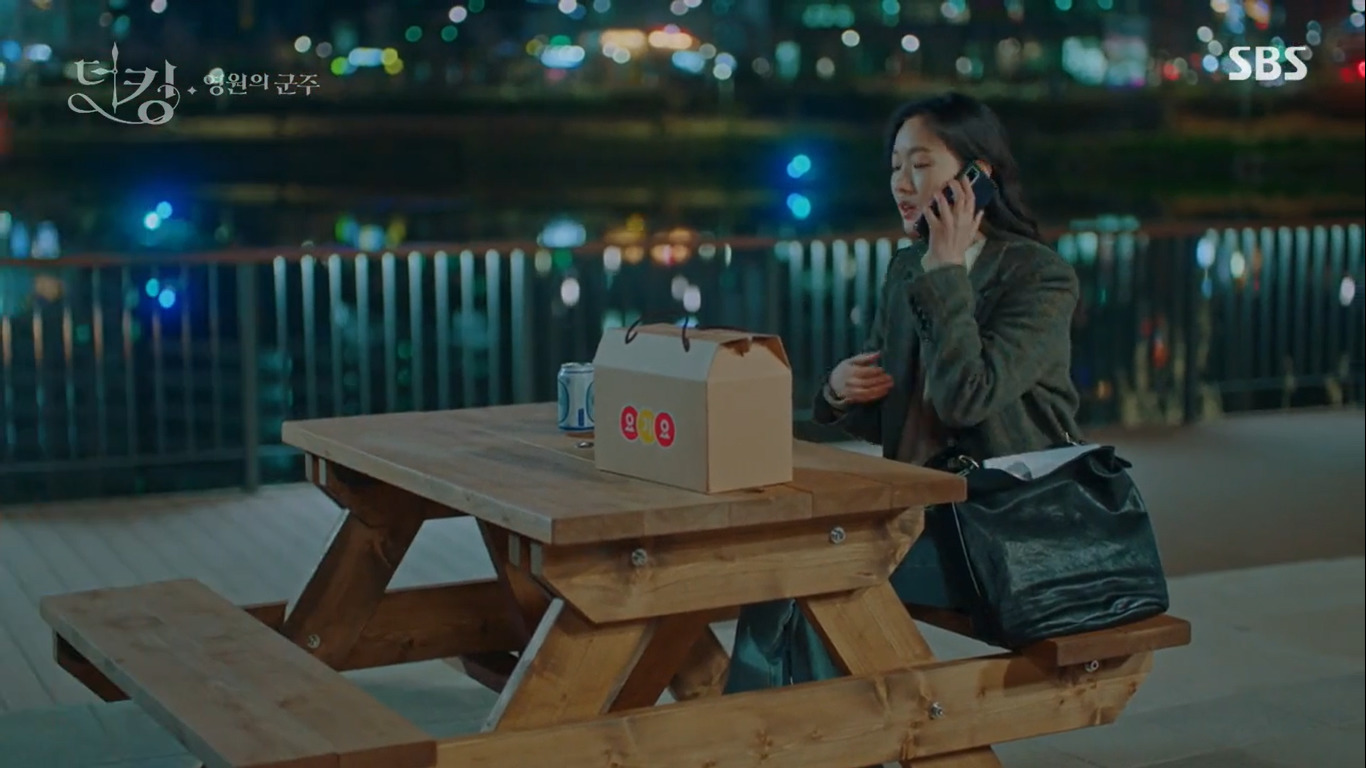 King Lee Gon (Lee Minho) and Tae-Eul (Kim Go-Eun) have a chimaek (fried chicken and beer) date on the plaza next to a pedestrian bridge here in episode 9 of The King: Eternal Monarch (더킹:영원의 군주) (SBS, 2020). He tells her he is returning to his Kingdom in order to guard the path between the two worlds, but promises to return quickly, as it’s “just like visiting the next town over”.

Misa Lake Park [미사호수공원], constructed in 2017, is a suburban park in located in Hanam’s —an outer eastern suburb of Seoul— neighborhood Mangwol [Mangwol-dong/망월동]. The park features a swimming pool and water park, as well as bike and walking trails around the lake, some of which are lined with cherry blossom trees.

Getting here
Sangildong Station [상일동역], Seoul Subway Line 5, Exit 5
Take green bus number 83 or 3413, get off after three stops at bus stop “미사강변푸르지오.하우스디더레이크” (Misa Riverside Apartments), which is just past the pedestrian overpass. You will be able to see the Misa Lake Park footbridge from the bus stop.

Please note: Seoul Subway Line 5 is currently being extended for approximately 4km from Sangildong Station (number 553) in a loop past Misa Lake Park, Misari Regatta Park [미사리조정경기장] to Sinjang1-dong. Misa Subway Station (which is expected to open in late 2020) will be adjacent to Misa Lake Park.