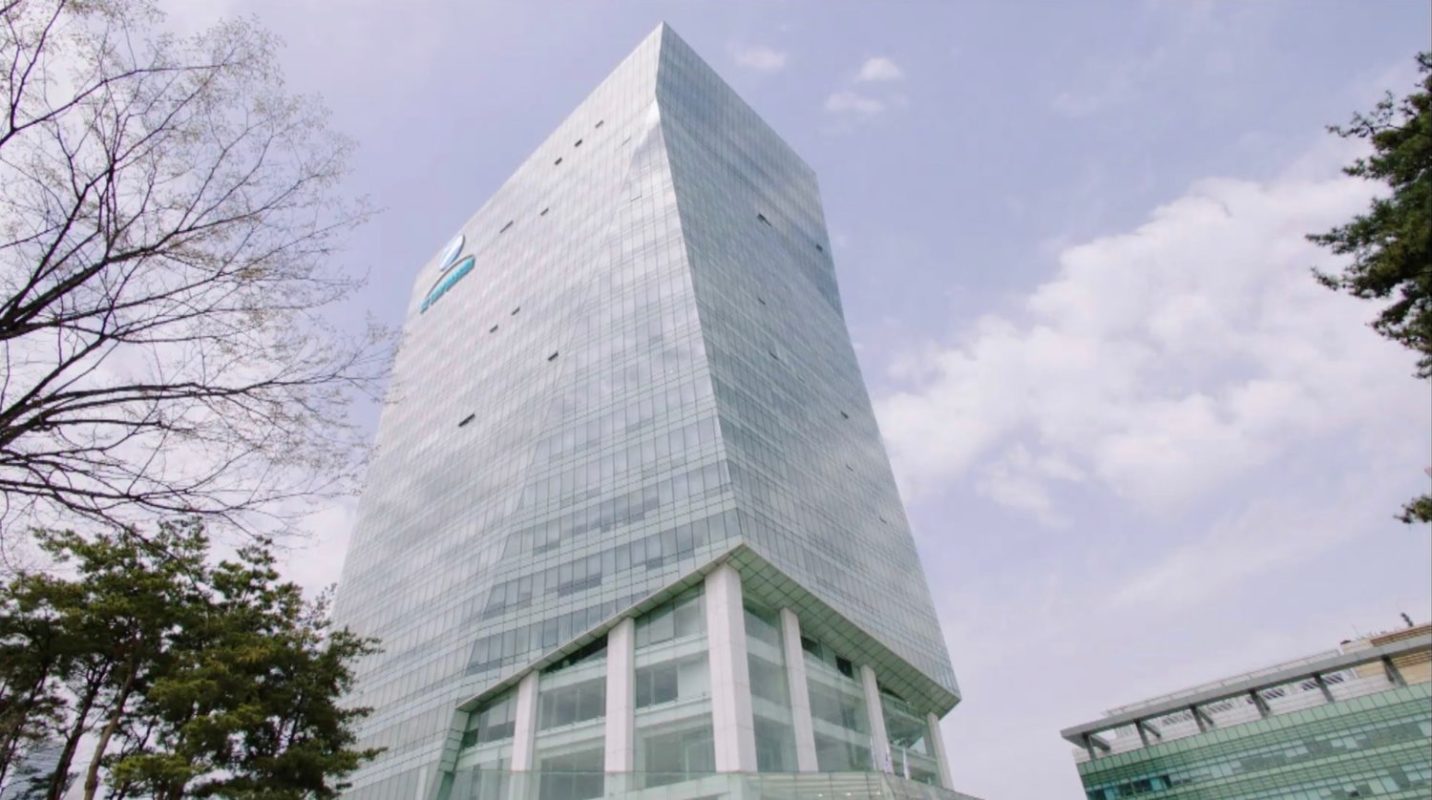 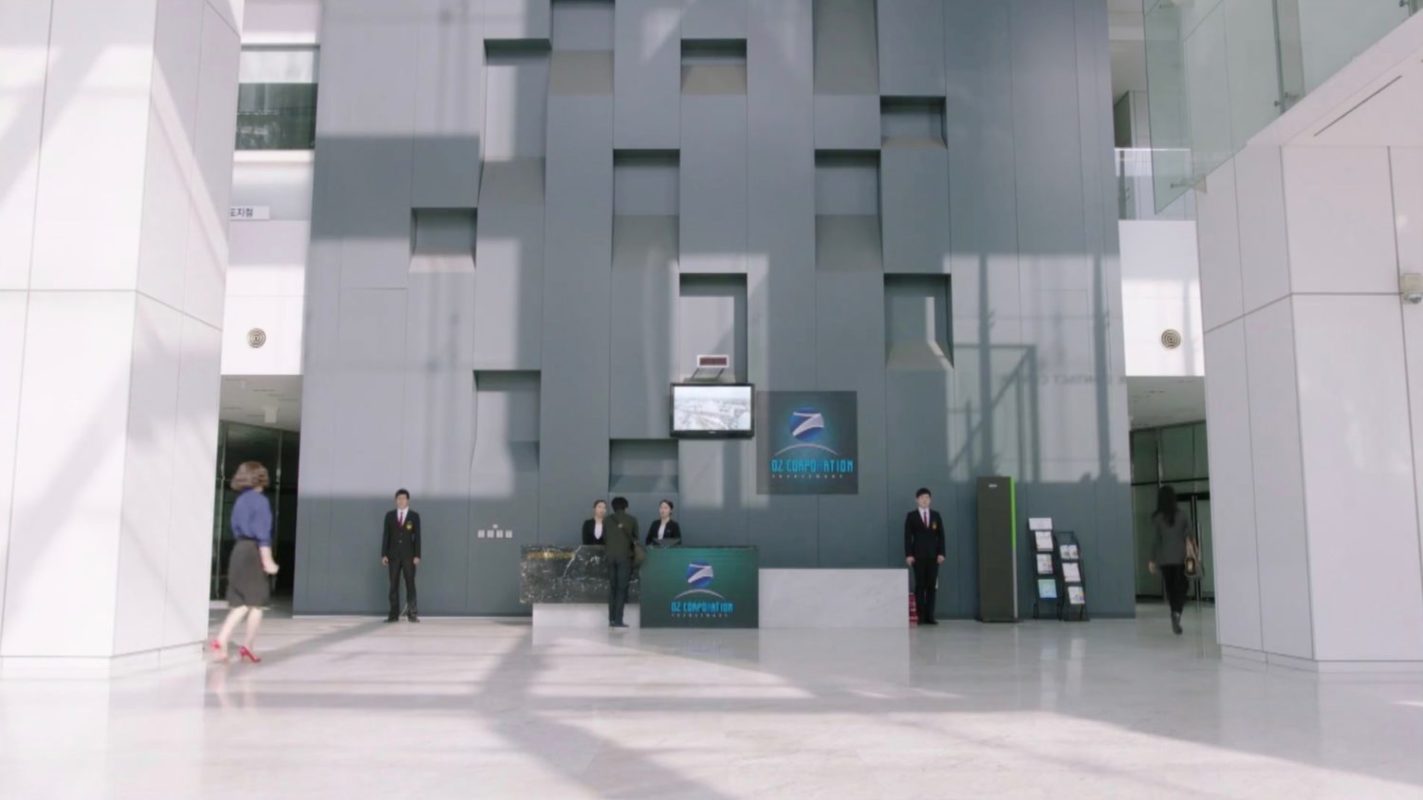 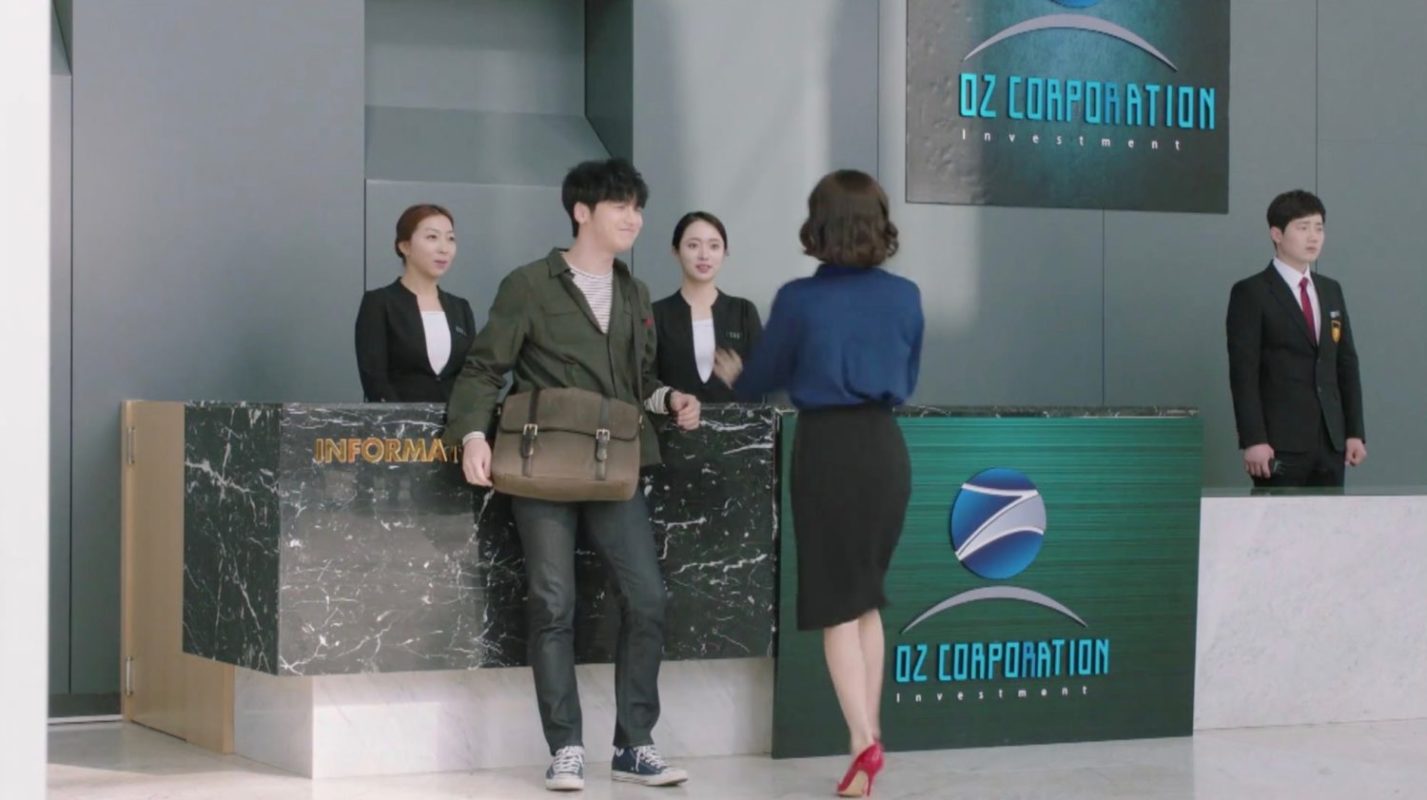 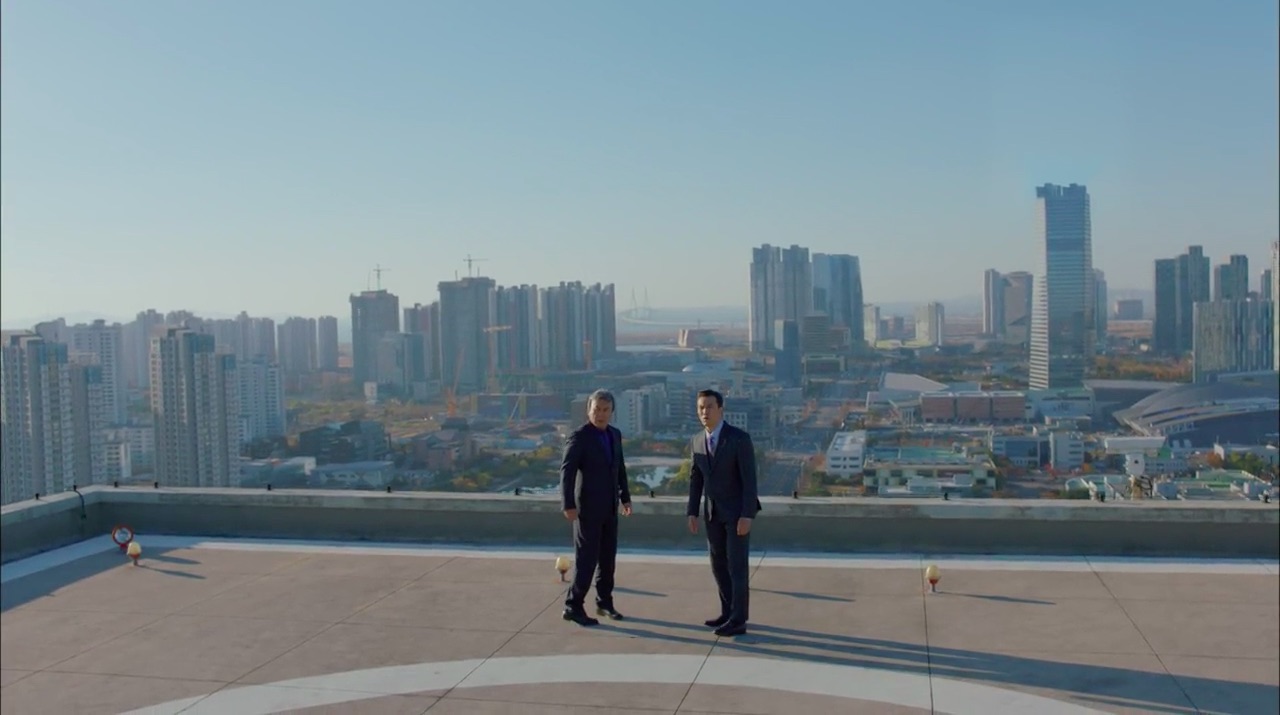 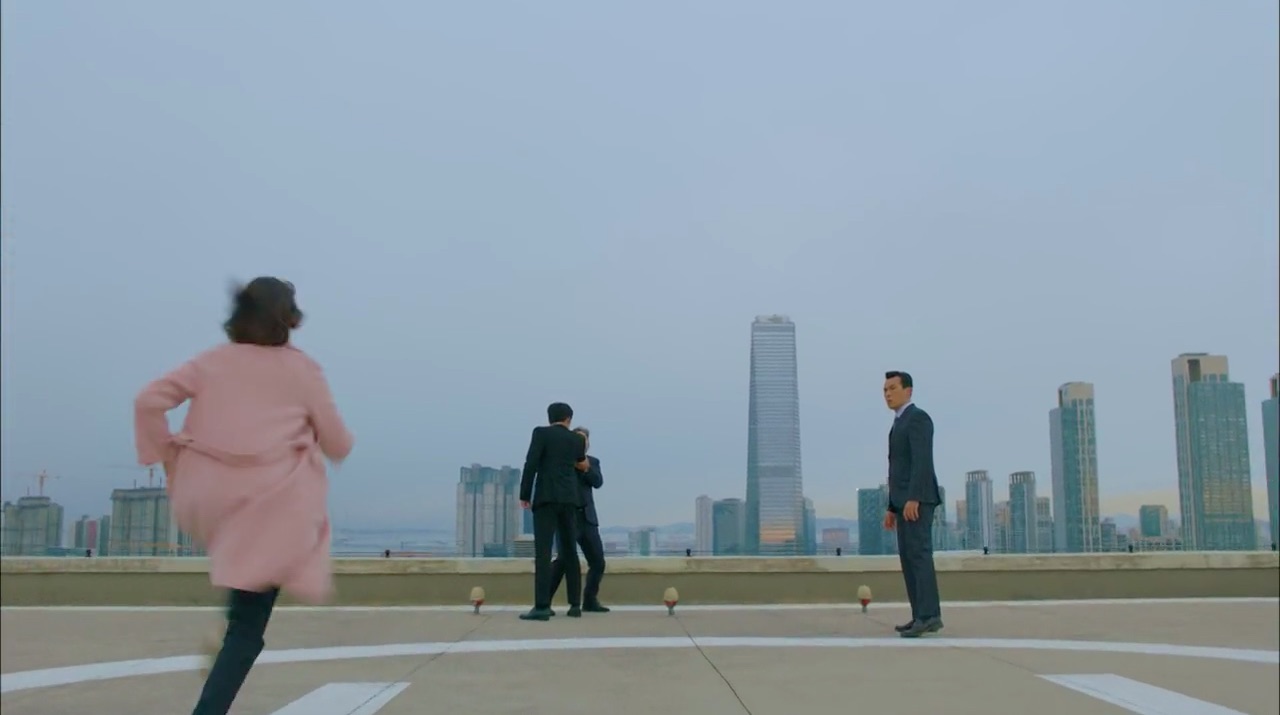 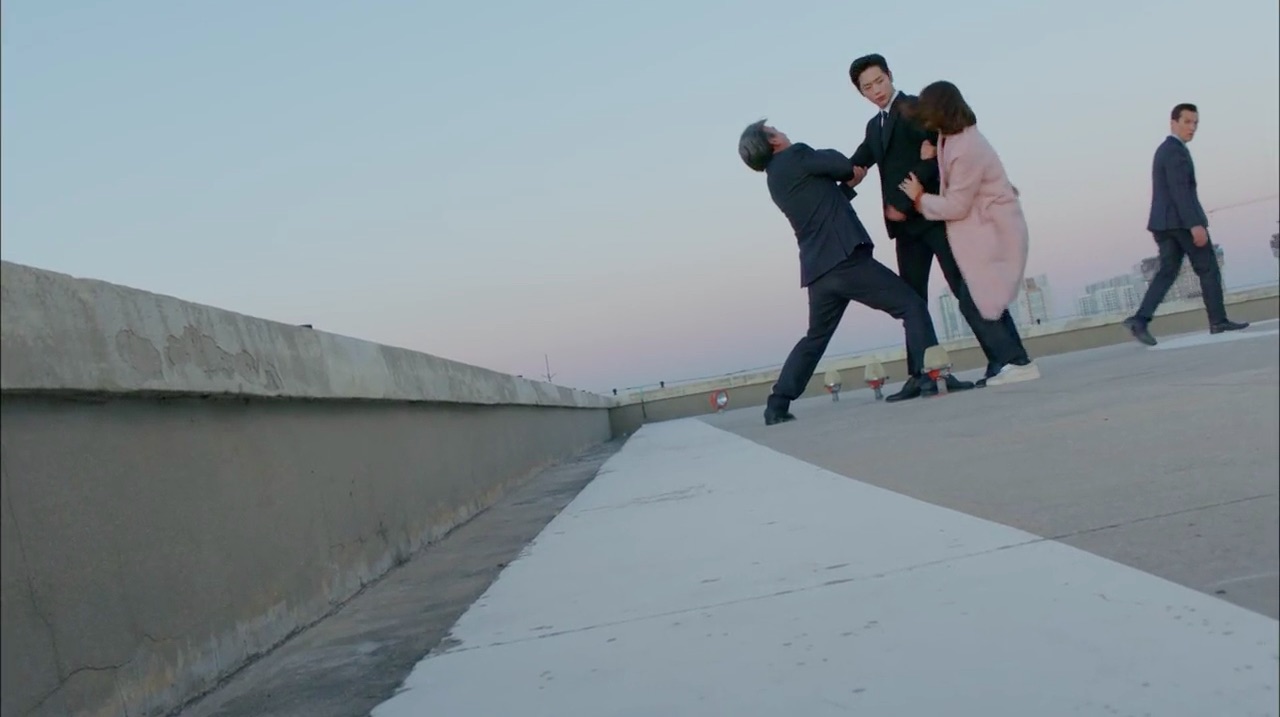 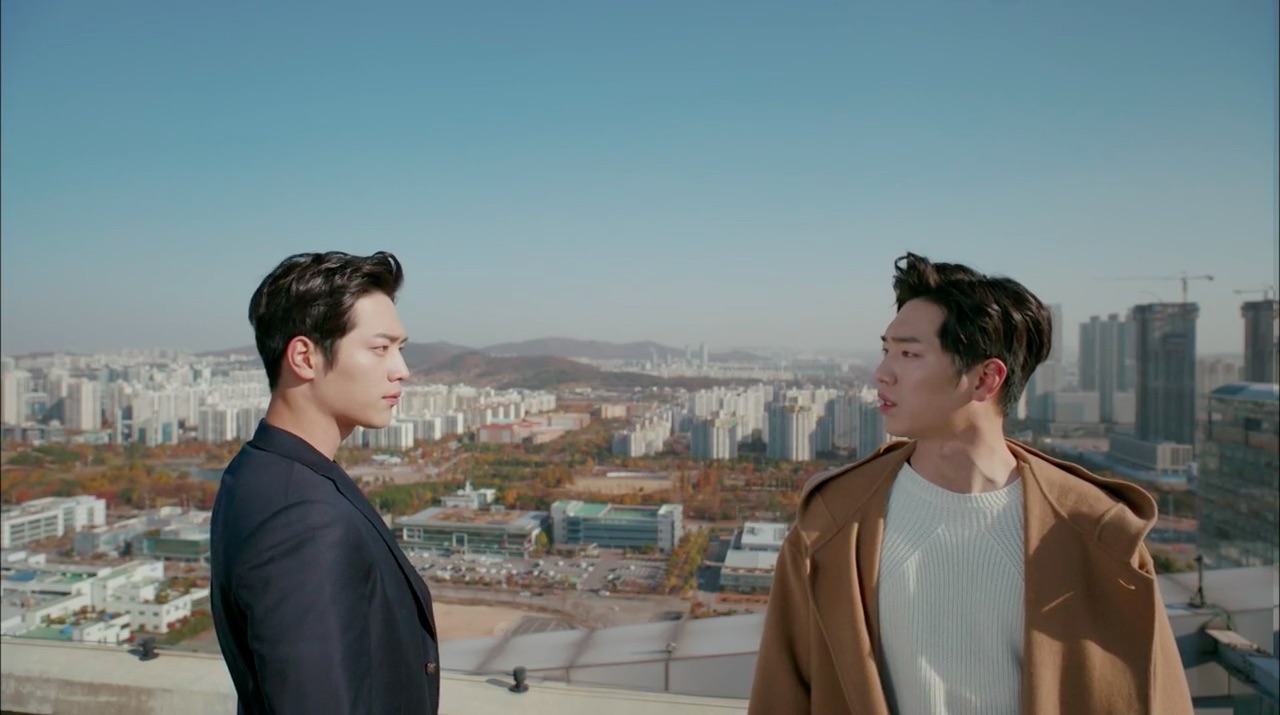 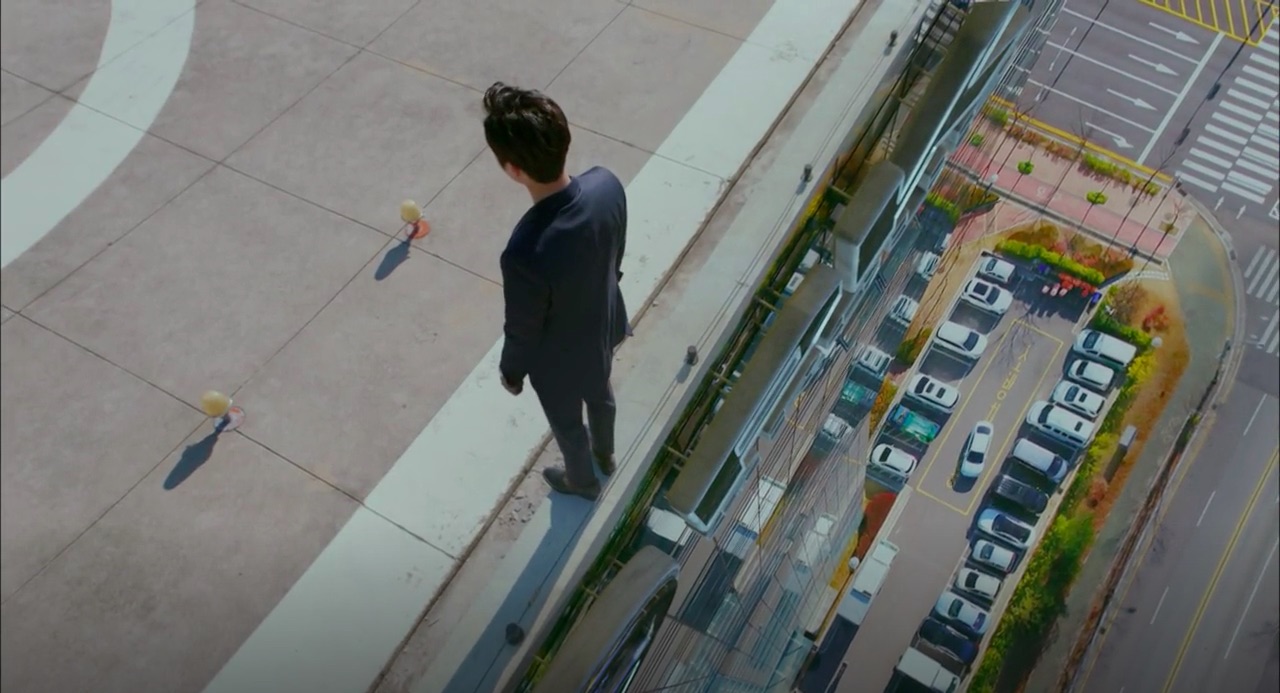 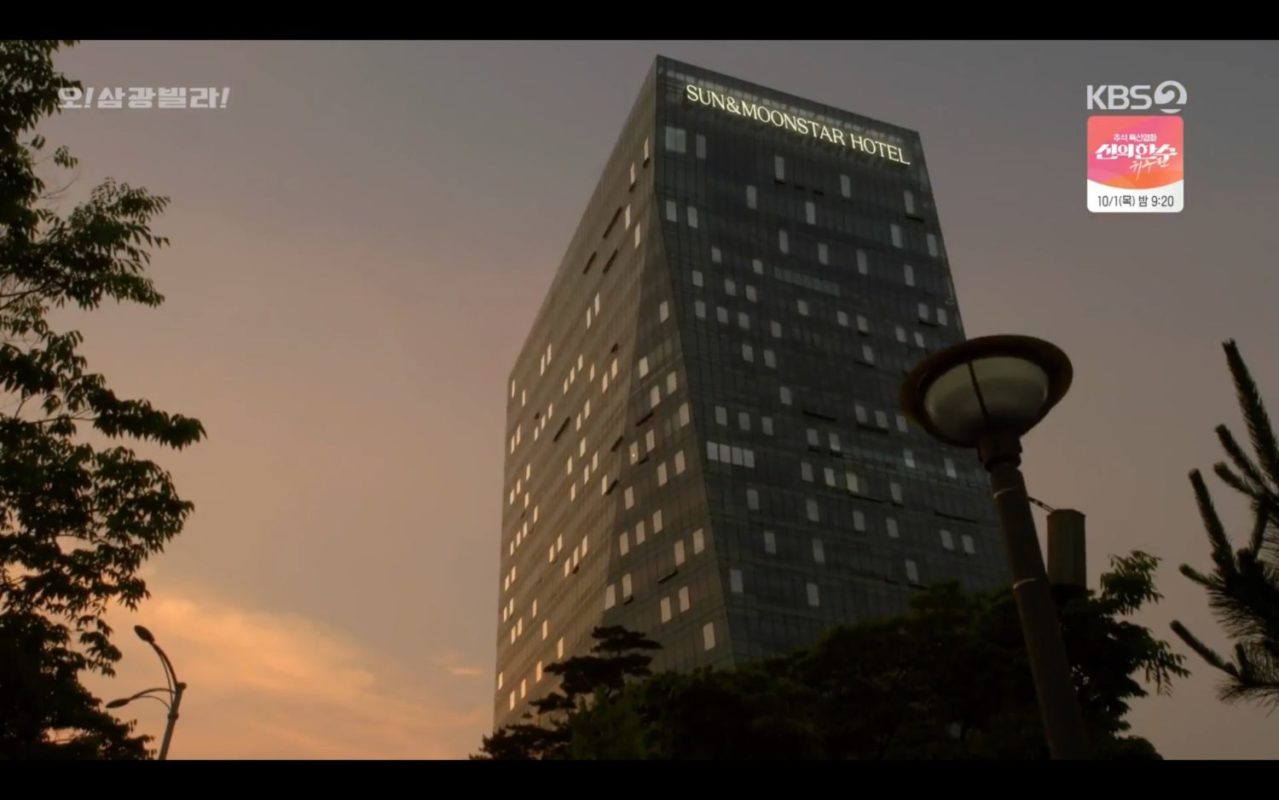 Nam Shin (Seo Kang-joon) is called to the rooftop/helipad of this building by Ji Yeong-hoon (Lee Jun-hyuk) in episode 29 of Are You Human?/Are You Human Too (너도 인간이니?) (KBS2, 2018) — however, it turns out that it was Nam Shin III (Seo Kang-joon) who wanted to meet him instead. Despite Nam Shin III’s attempt to convince his human counterpart to leave him be, and tries to throw himself off the rooftop, the latter ends up showing him who’s in charge when he controls him using the manual mode. The confrontation between manual mode Nam Shin III and Chairman Nam (Park Young-gyu) also takes place here in episode 30. During the altercation, Kang So-bong (Gong Seung-yeon) arrives and Nam Shin III turns on her instead.

Meet You All Tower/Michuhol Tower [미추홀타워] is a building located in Incheon’s Songdo International Business District [Songdo IBD] (송도) in the Yeonsu district [Yeonsu-gu/연수구]. Completed in 2009, this 21-storey building is currently the main building of Incheon Business Information Technopark [인천경제산업정보테크노파크], aside from being part of Incheon National University.

Observation: This may have appeared as the top of the PK Building in Are You Human?, but the ‘real’ PK Building – i.e. NEAT Tower – can actually be seen in the background.

— submitted by Mich KDL
— Hello, Me!; Ex-Girlfriends Club; Birth of a Beauty added by Marion KDL