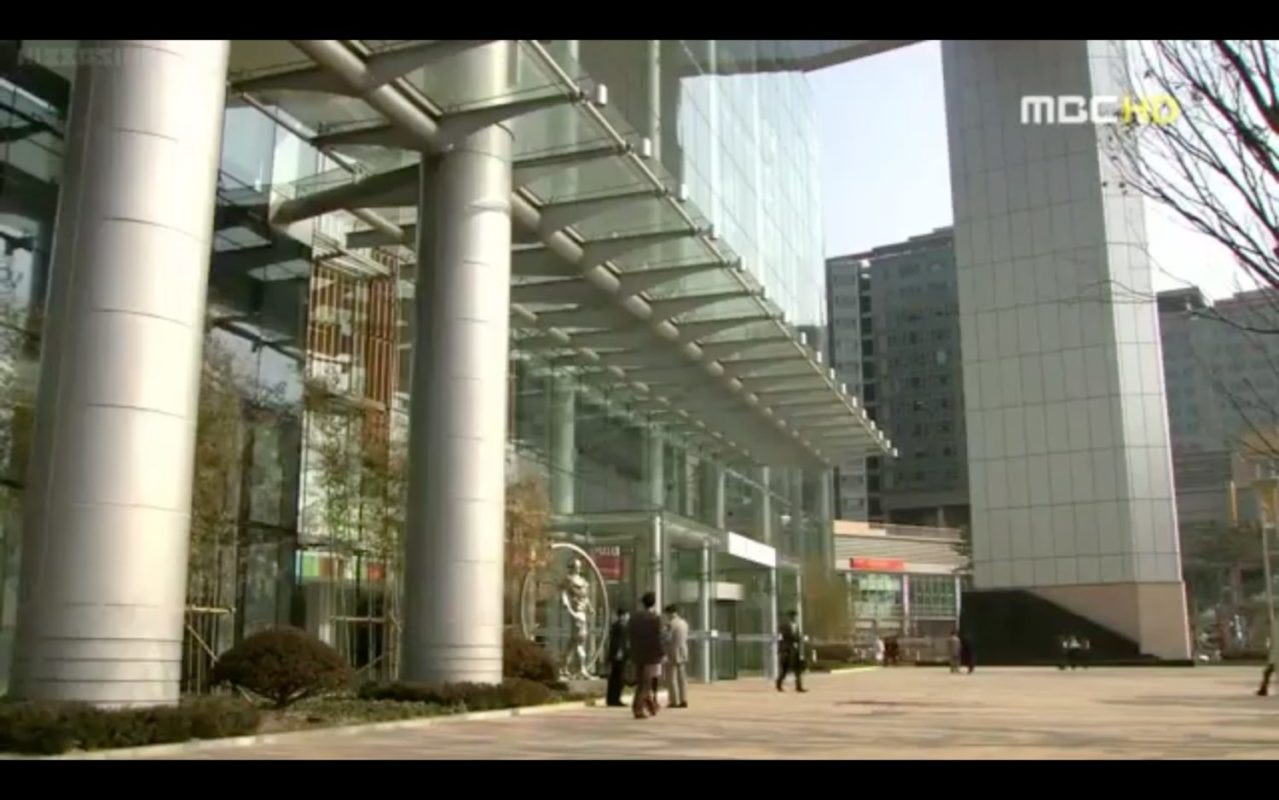 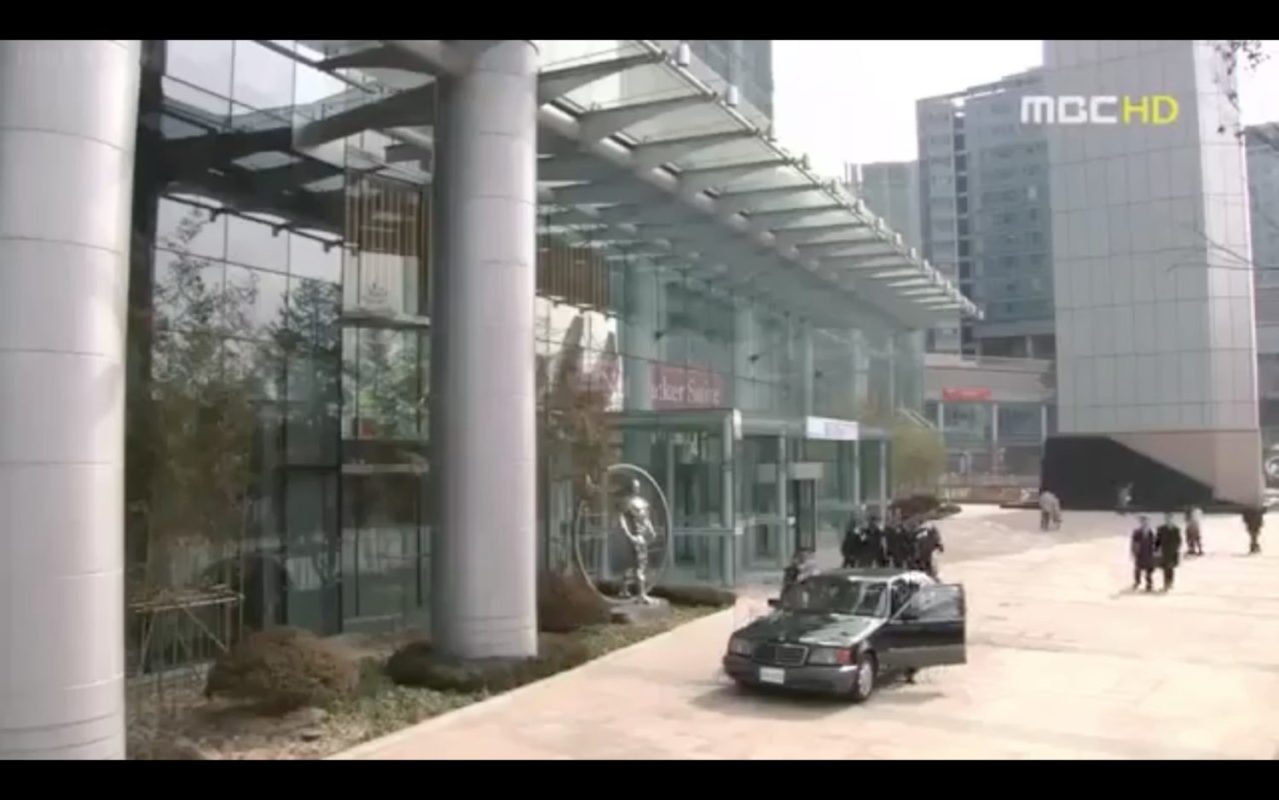 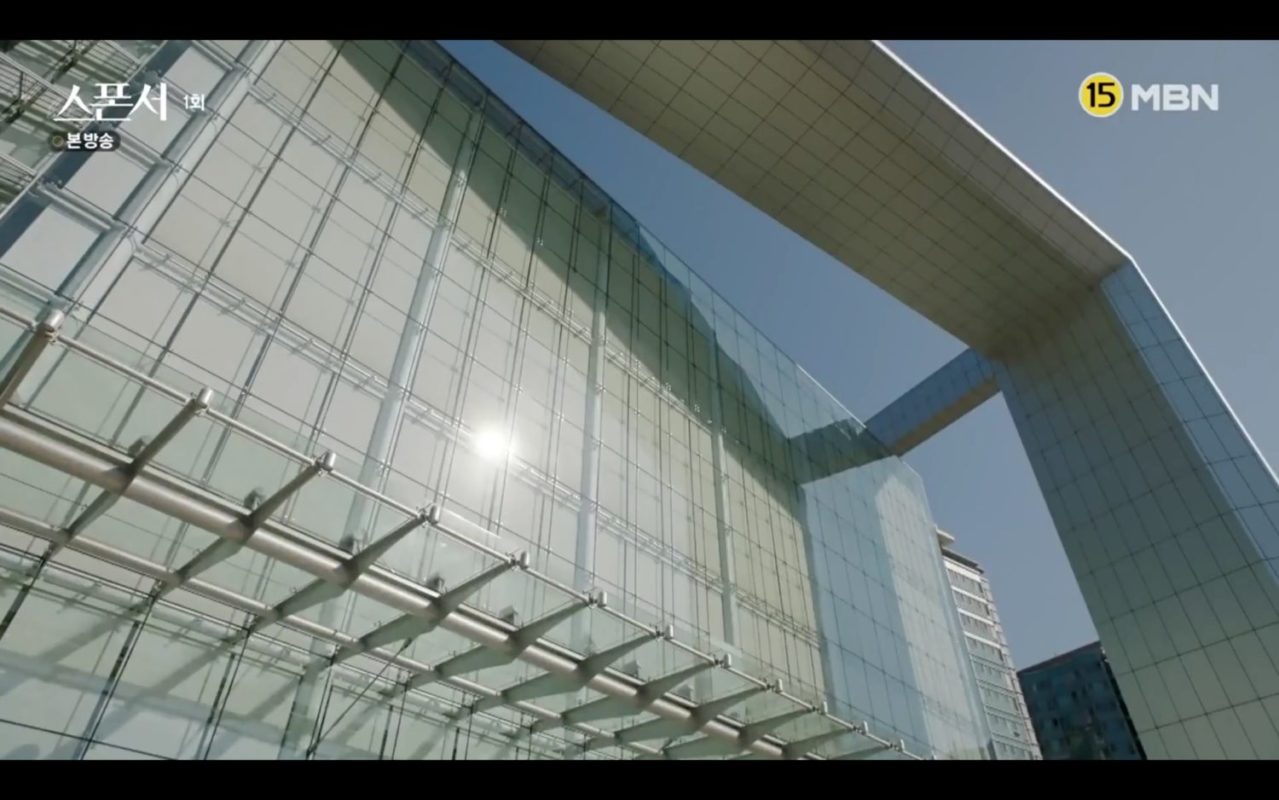 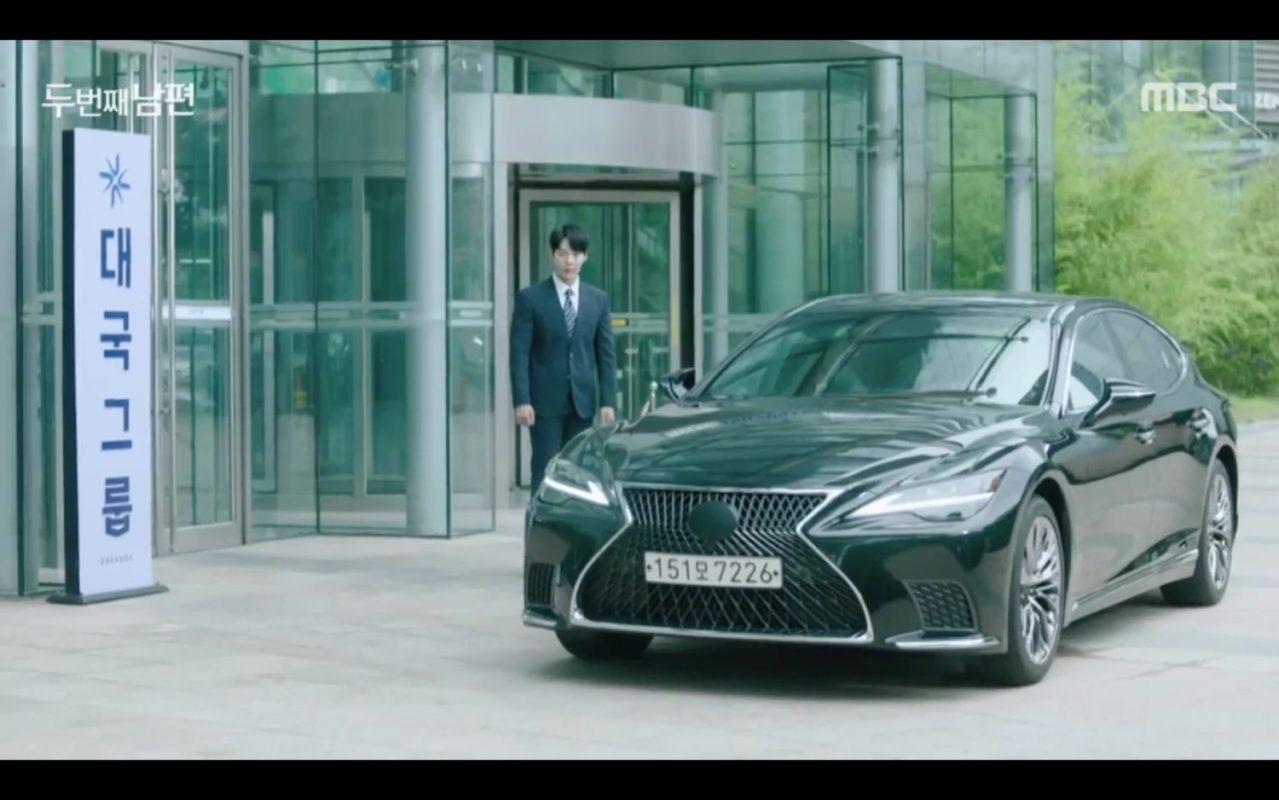 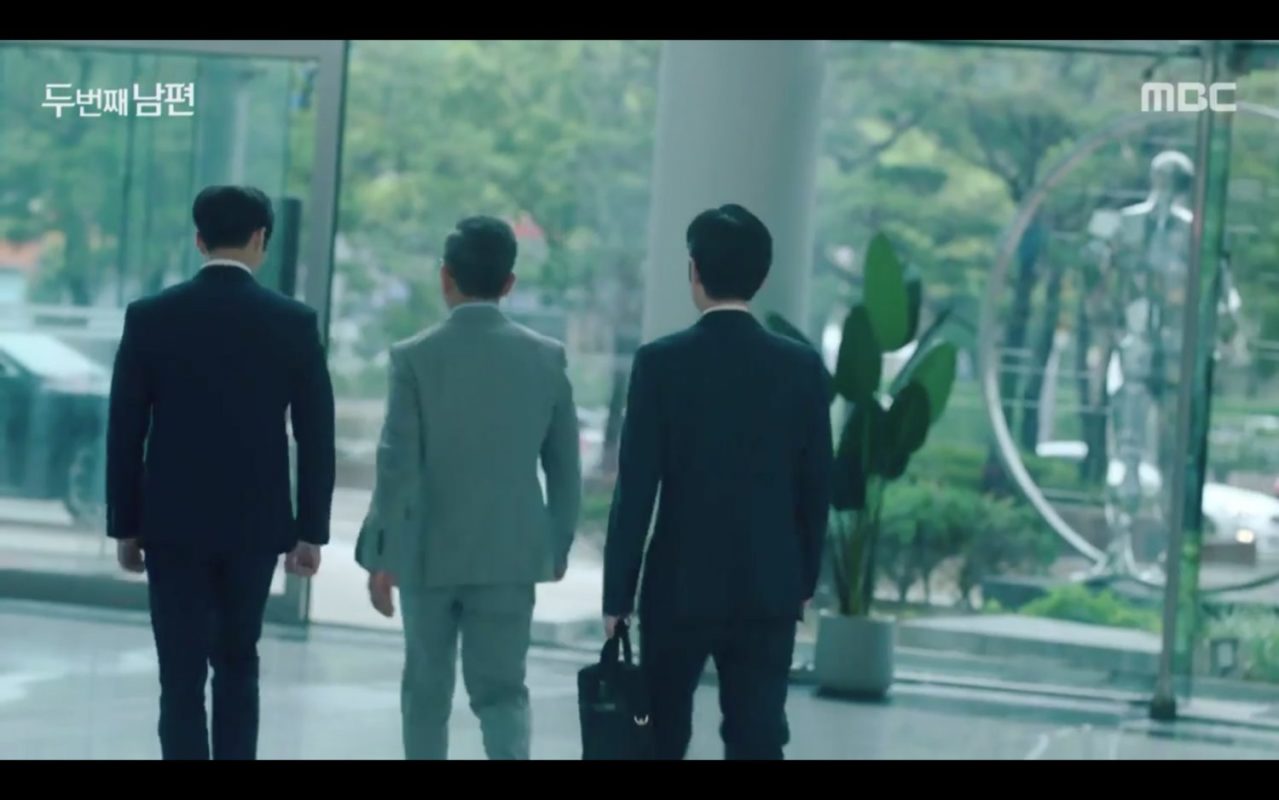 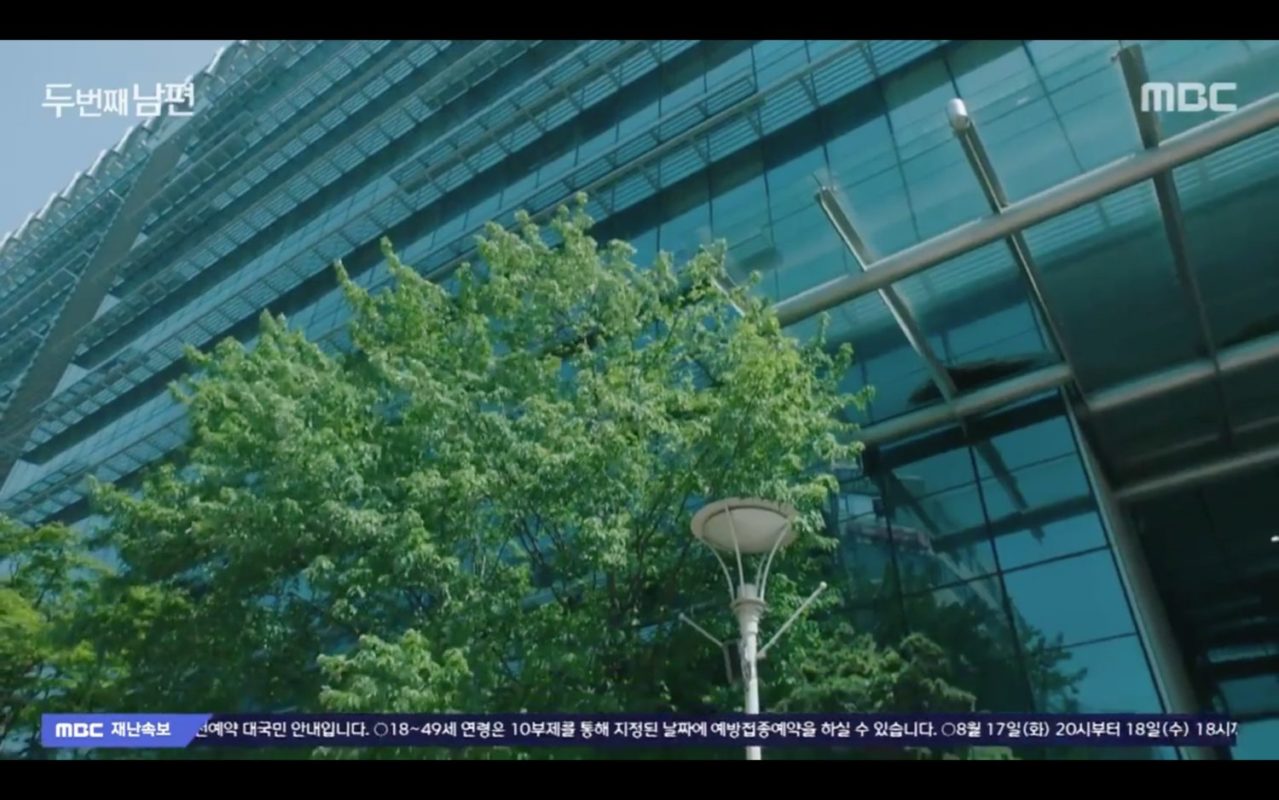 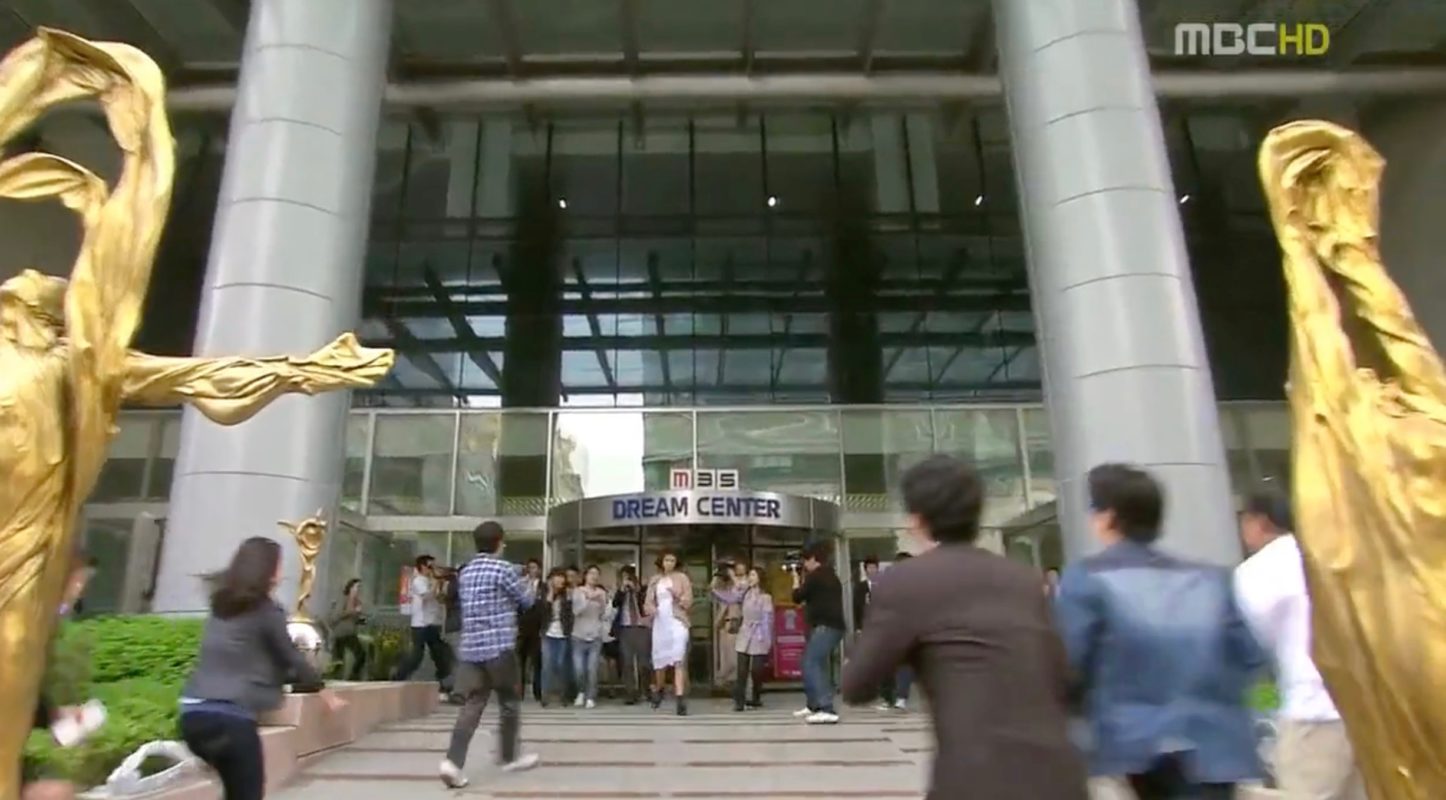 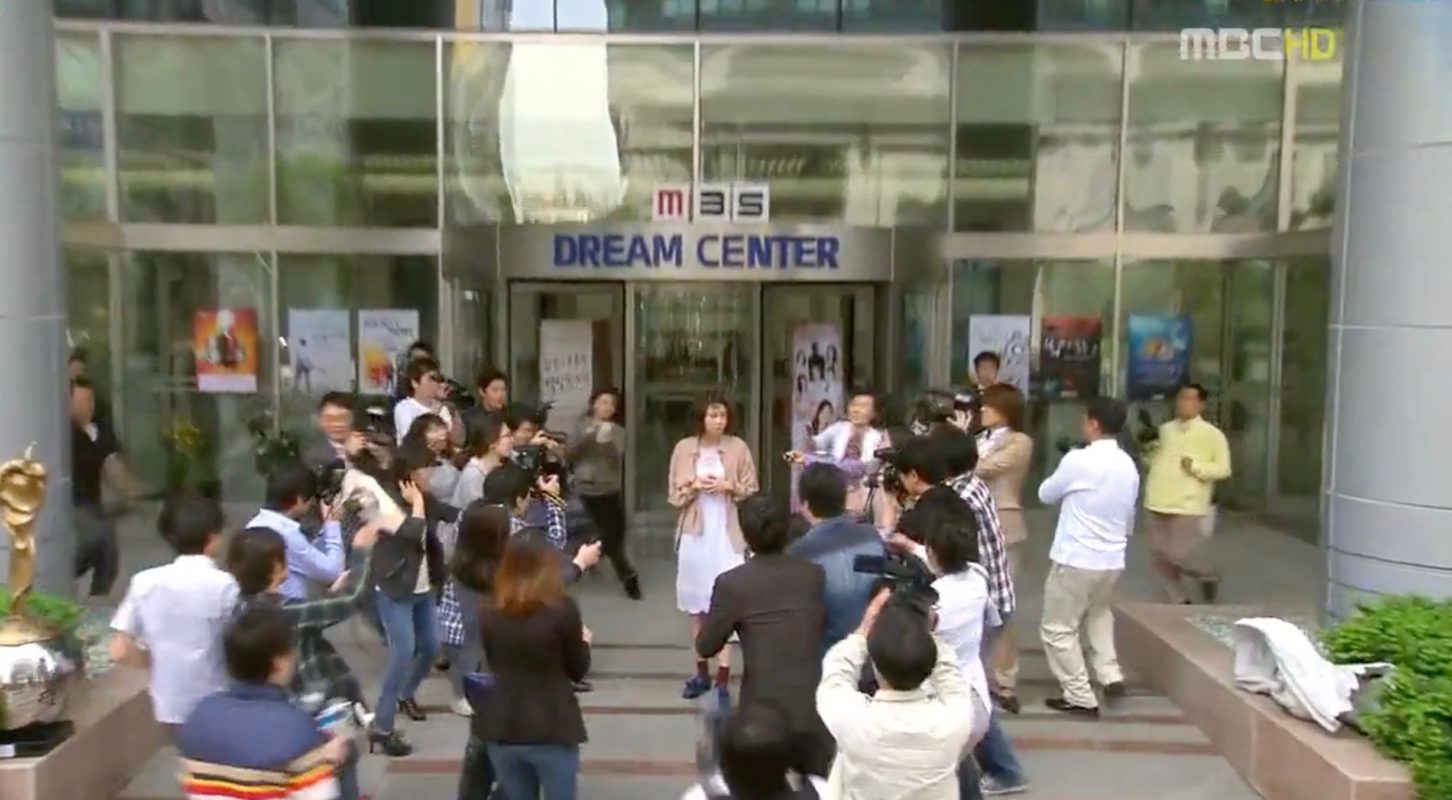 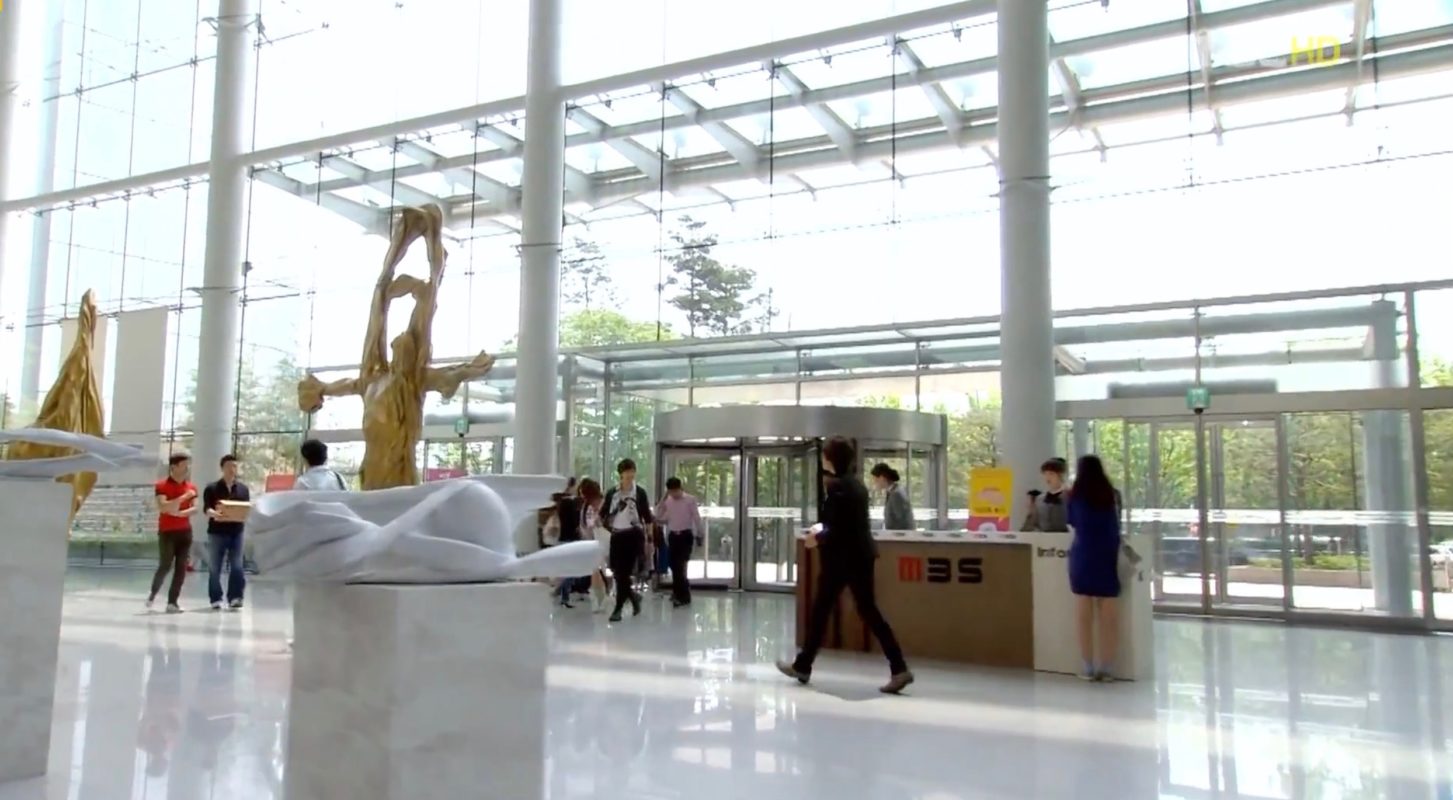 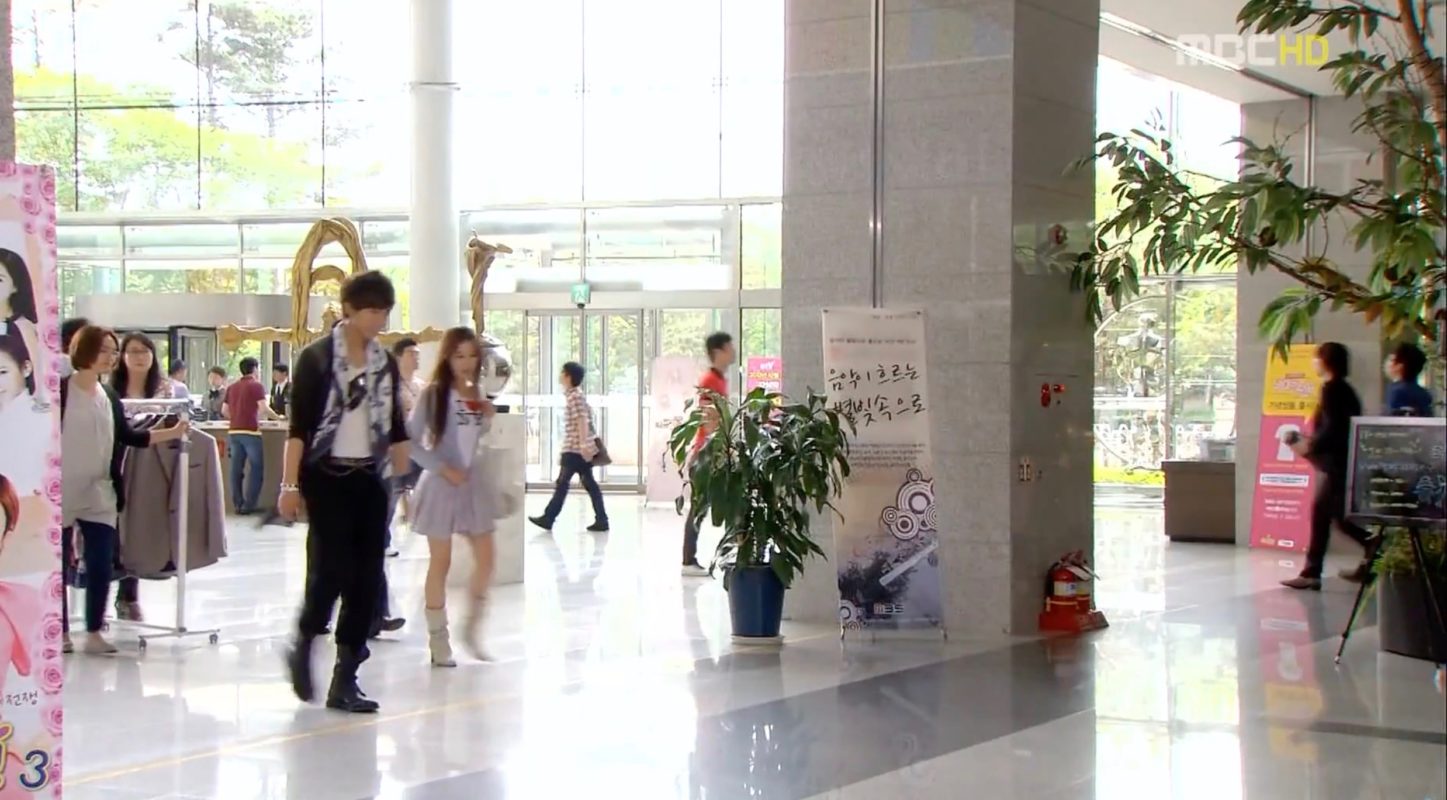 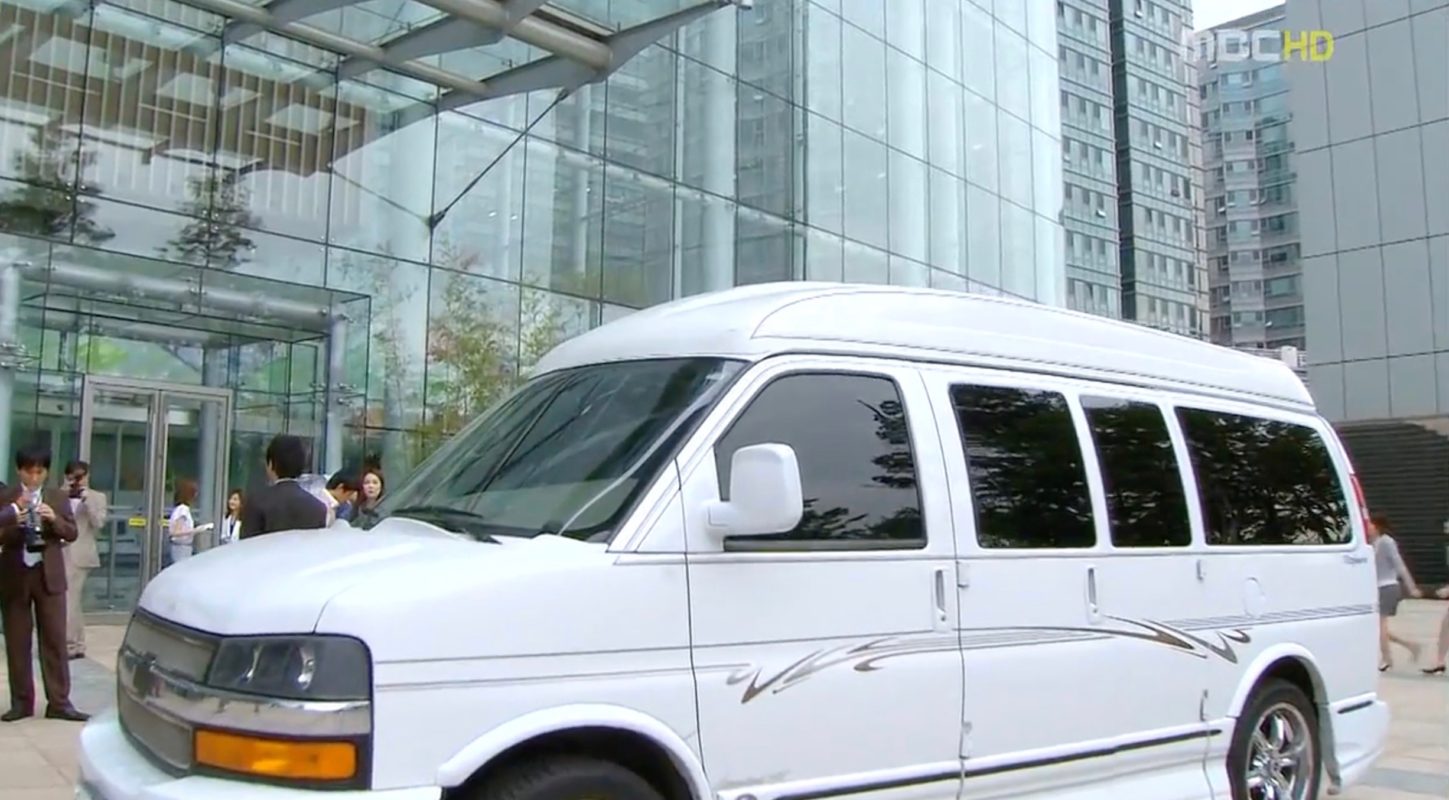 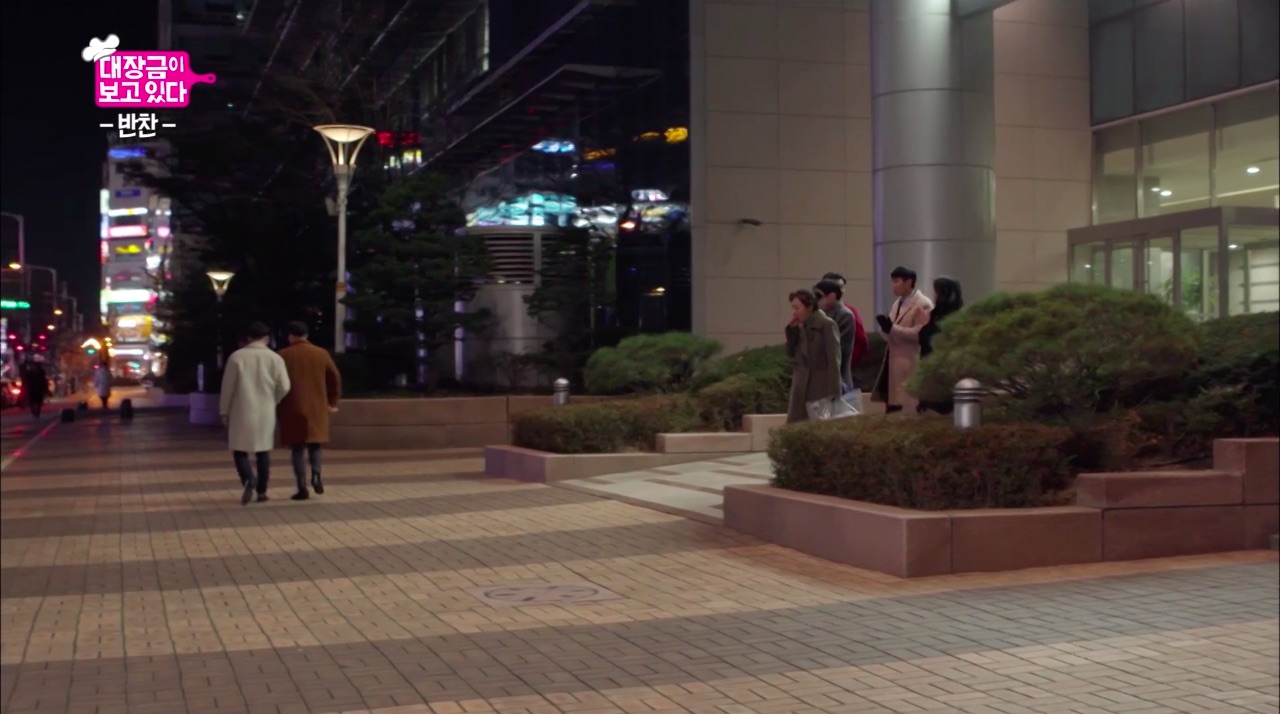 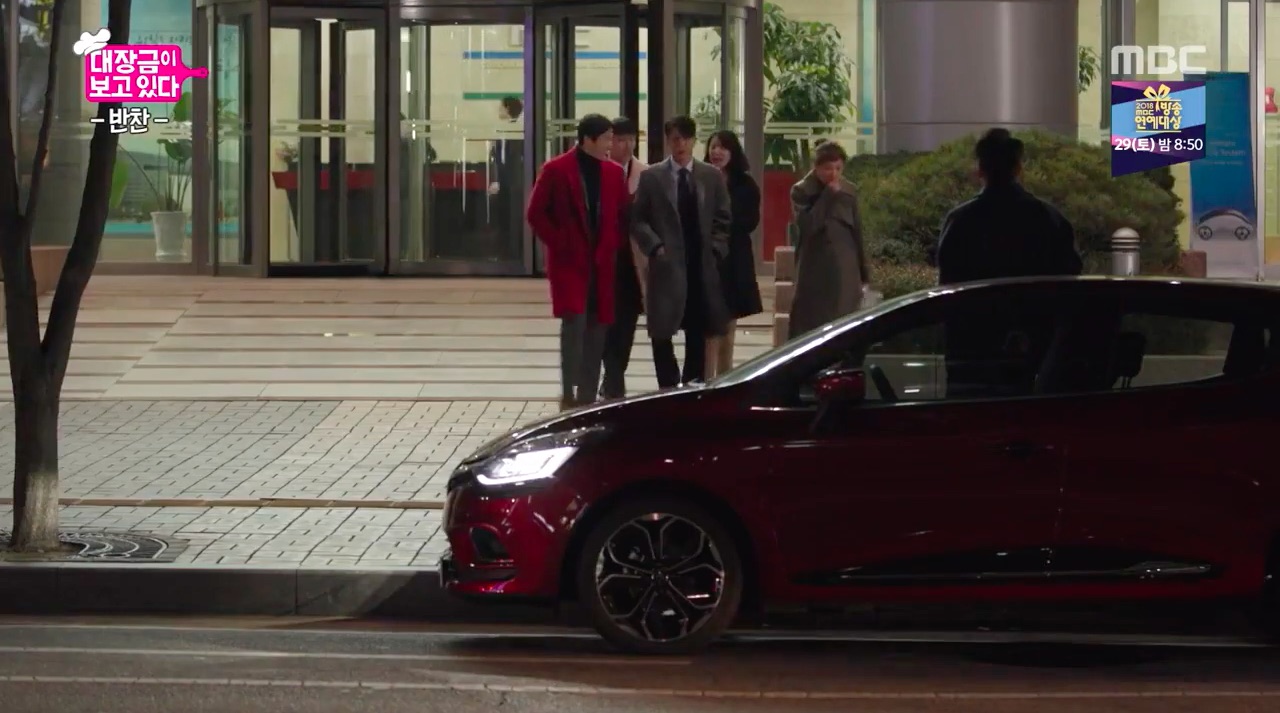 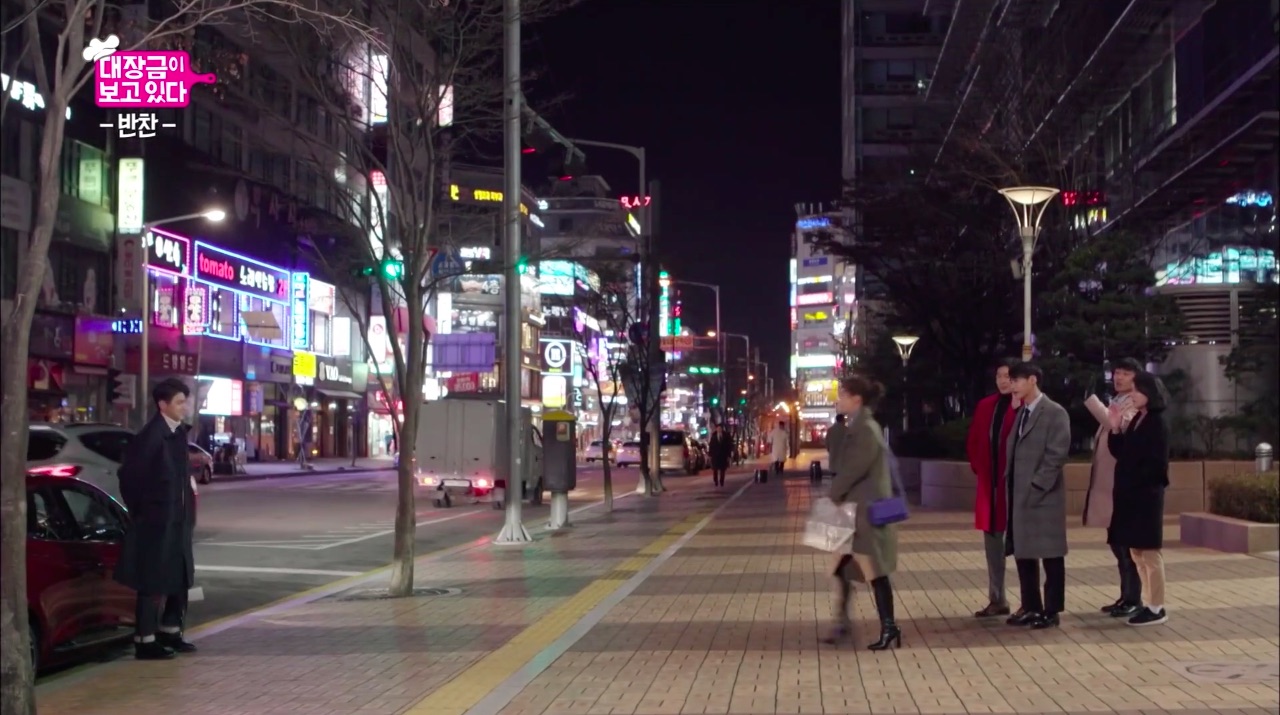 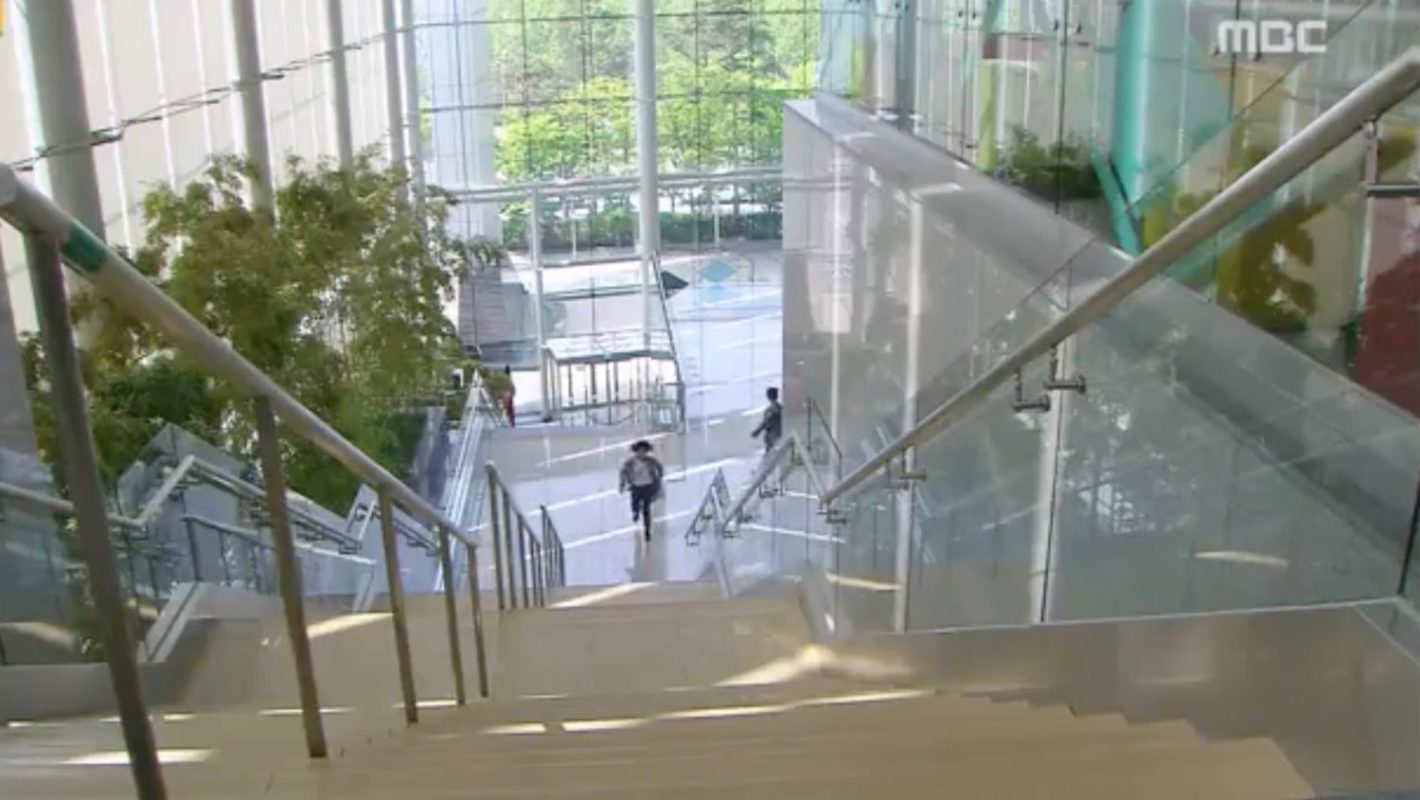 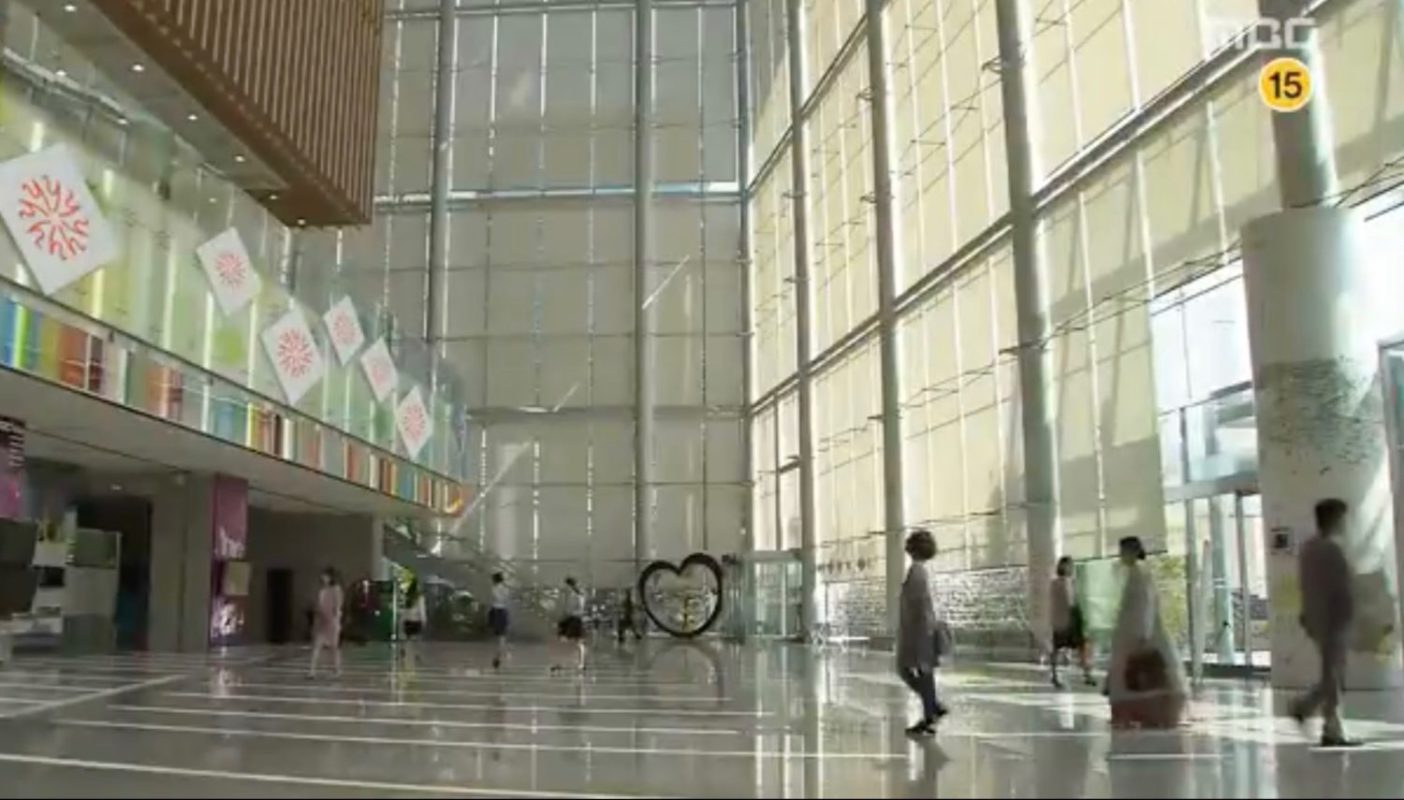 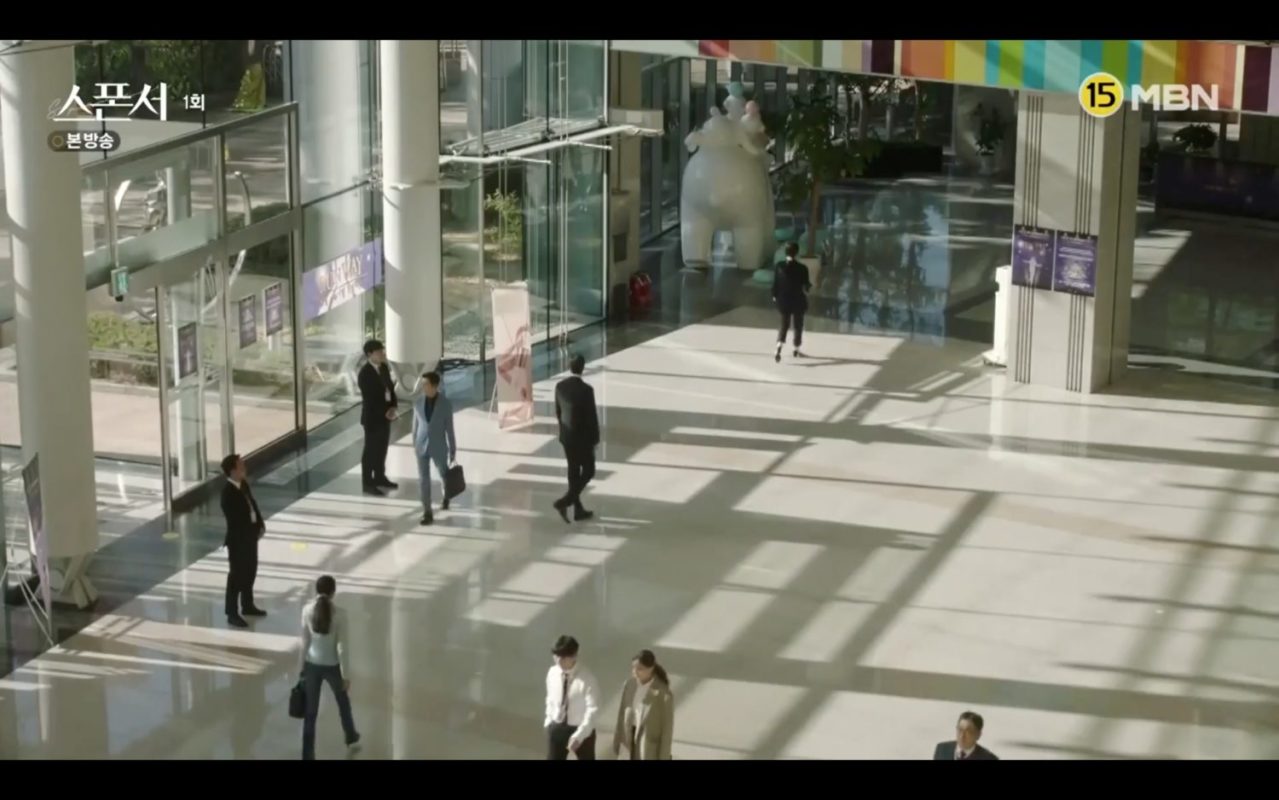 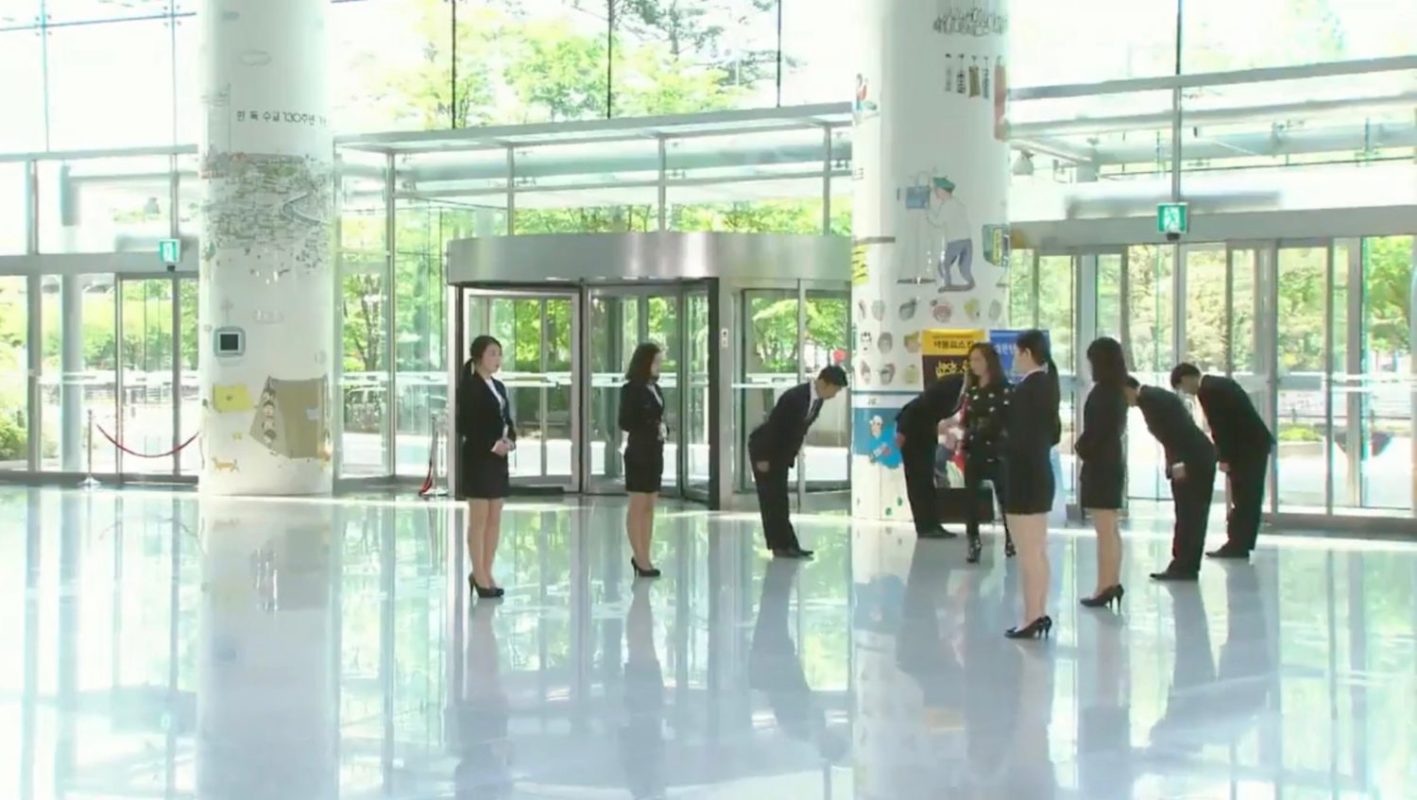 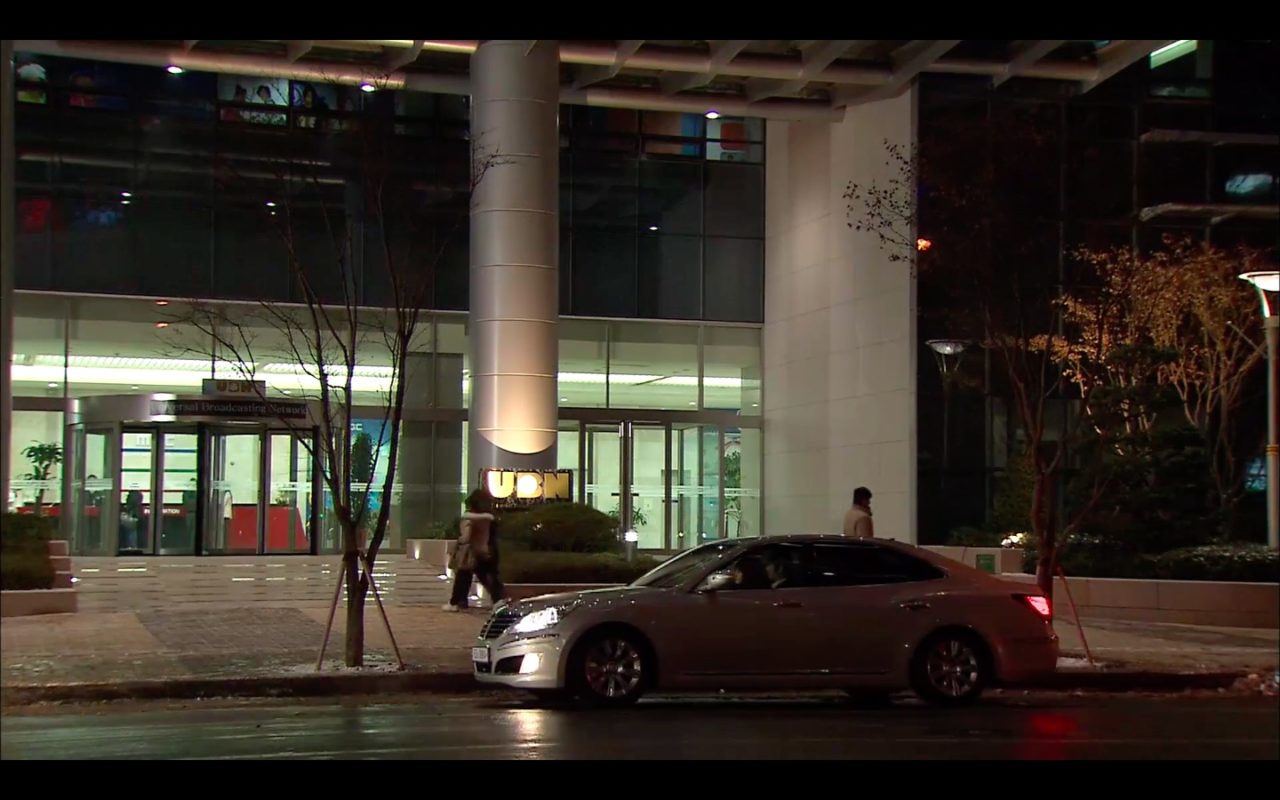 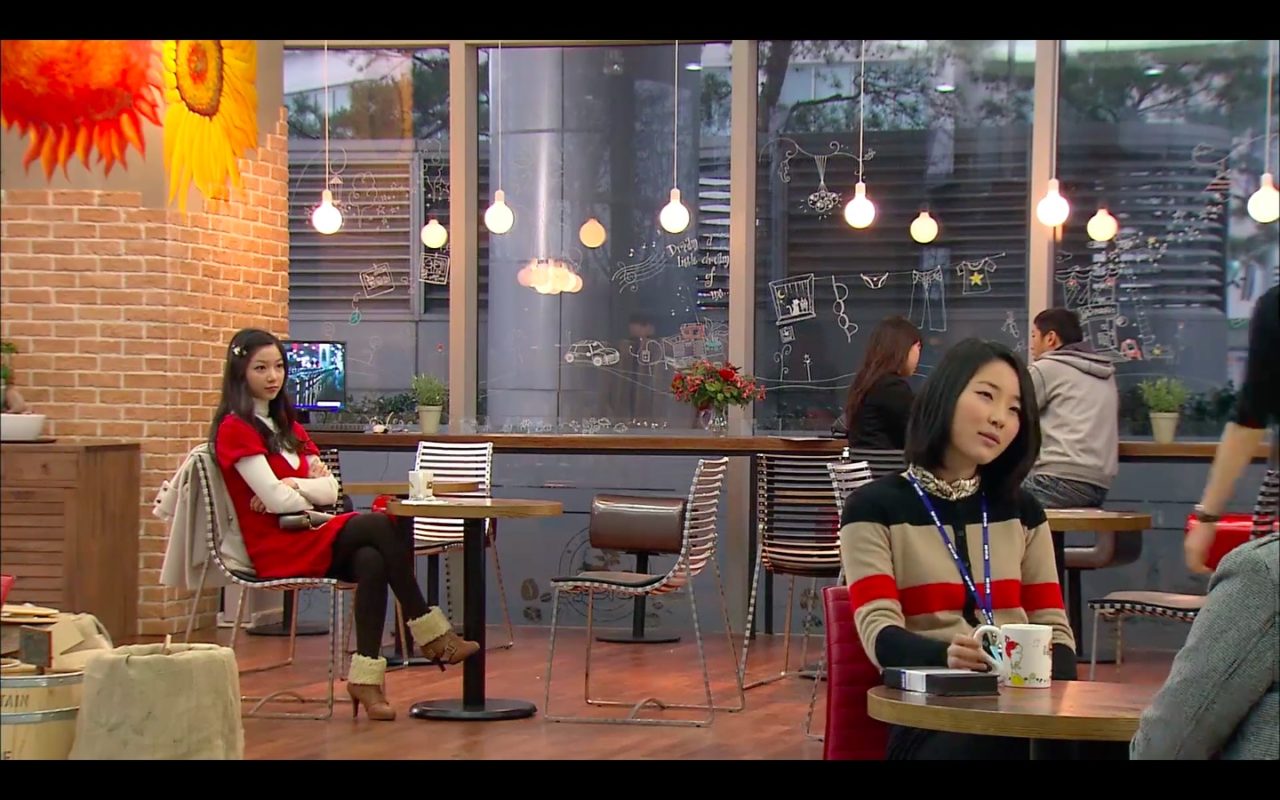 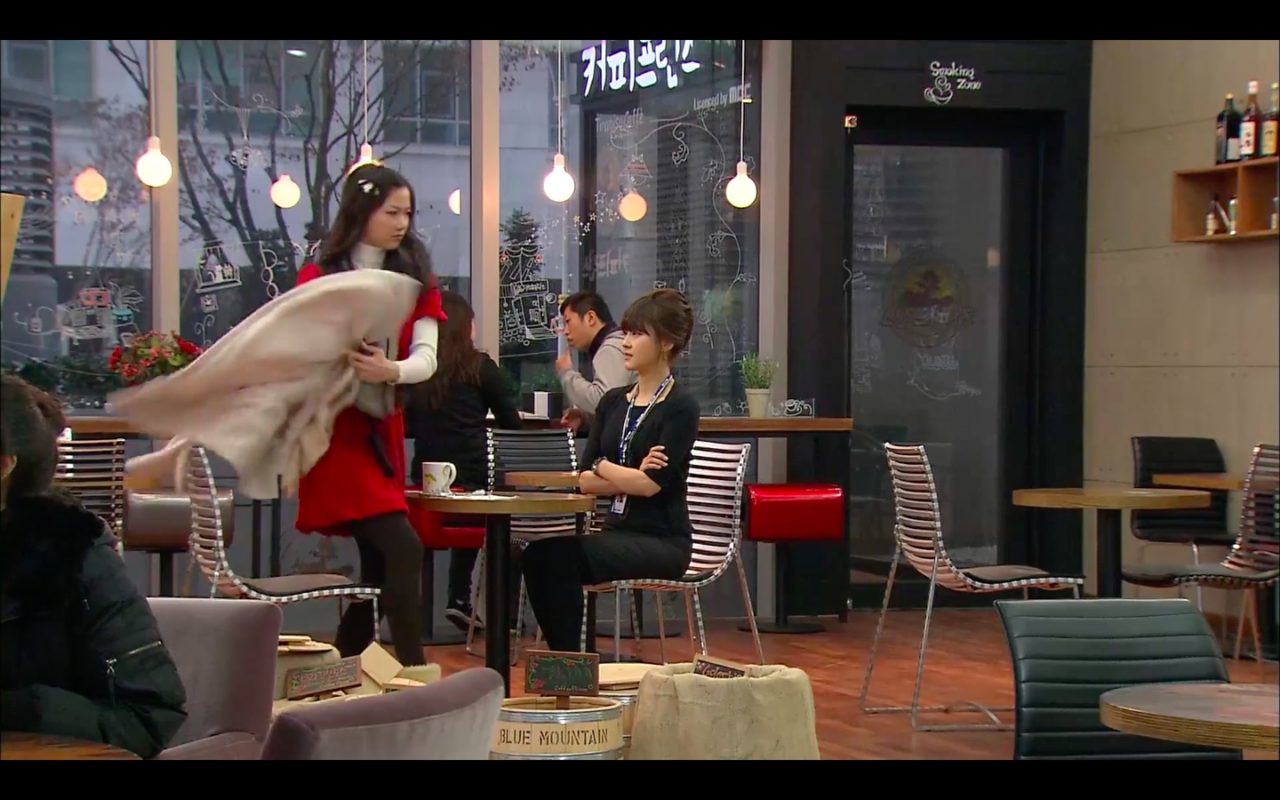 This is seen as the exterior of the RG Motors office, where Han San-hae (Shin Dong-wook) and Bok Seung-ah (Kwon Yu-ri) works in Dae Jang Geum Is Watching / The Great Jang-geum Is Watching / Jang Geum, Oh My Grandma (대장금이 보고 있다) (MBC, 2018-19) — as seen in episode 24 (full episode 12) when Han Jung-sik (Kim Hyun-joon) picks Seung-ah up from work.

This is the headquarter of the home shopping channel run by Baek Min-seok (Lee Byung-joon) in A Daughter Just Like You (딱너같은딸) (MBC, 2015) — as first seen in episode 8.

Jang Bo-ri (Oh Yeon-seo) comes here to discuss the terms for the hanbok competition she will take part in in episode 12 of Jang Bo-ri Is Here!/Jang Bori Is Here/Come! Jang Bo-ri (왔다! 장보리) (MBC, 2014).

This building appears as ‘MBS Dream Center’ in The Greatest Love/Best Love (최고의 사랑) (MBC, 2011) — as seen in episodes 7, 9 and 12 for instance. This is also, for example, where Jenny (Lee Hee-jin) spots Lee Seung-gi (cameo by Lee Seung-gi) in episode 9 and they wear both the same scarf.

This is seen as the headquarters for broadcasting company ‘UBN’, where Lee Shin-young works as a reporter in The Woman Who Still Wants to Marry/Still, Marry Me (아직도 결혼하고 싶은 여자) (MBC, 2010); as seen in episode 1 when she is dropped off by her boyfriend after being proposed to. Later in the episode, Shin-young meets her boyfriend’s younger lover at the office cafe, and is asked to return the diamond ring she was given.

This building appears as Cha Seung-hyo’s (Yoon Kye-sang) company ‘Blue Star’ in Who Are You? (Nuguseyo?/누구세요?) (MBC, 2008) from episode 1 onward.

The second host-in-chief election of Infinite Challenge (무한도전) was held at this location in 2008, with Yoo Jae-suk emerging as the winner.

This is the second main building of MBC aside from their Headquarters [MBC문화방송 본사] in Seoul. Ministop – Ilsan Western Branch [미니스톱 일산웨스턴점] sits just across the road from here, and is walking distance on either direction of the street towards Ilsan Lake Park [일산호수공원] on one end, and the Jeongbalsan-ro Crossing [정발산로사거리] on the other.

There was also a branch of the cafe Coffee Prince [커피프린스] — named after the successful 2007 drama — here (which appeared in Still, Marry Me), however it appears to have been demolished as of 2016.