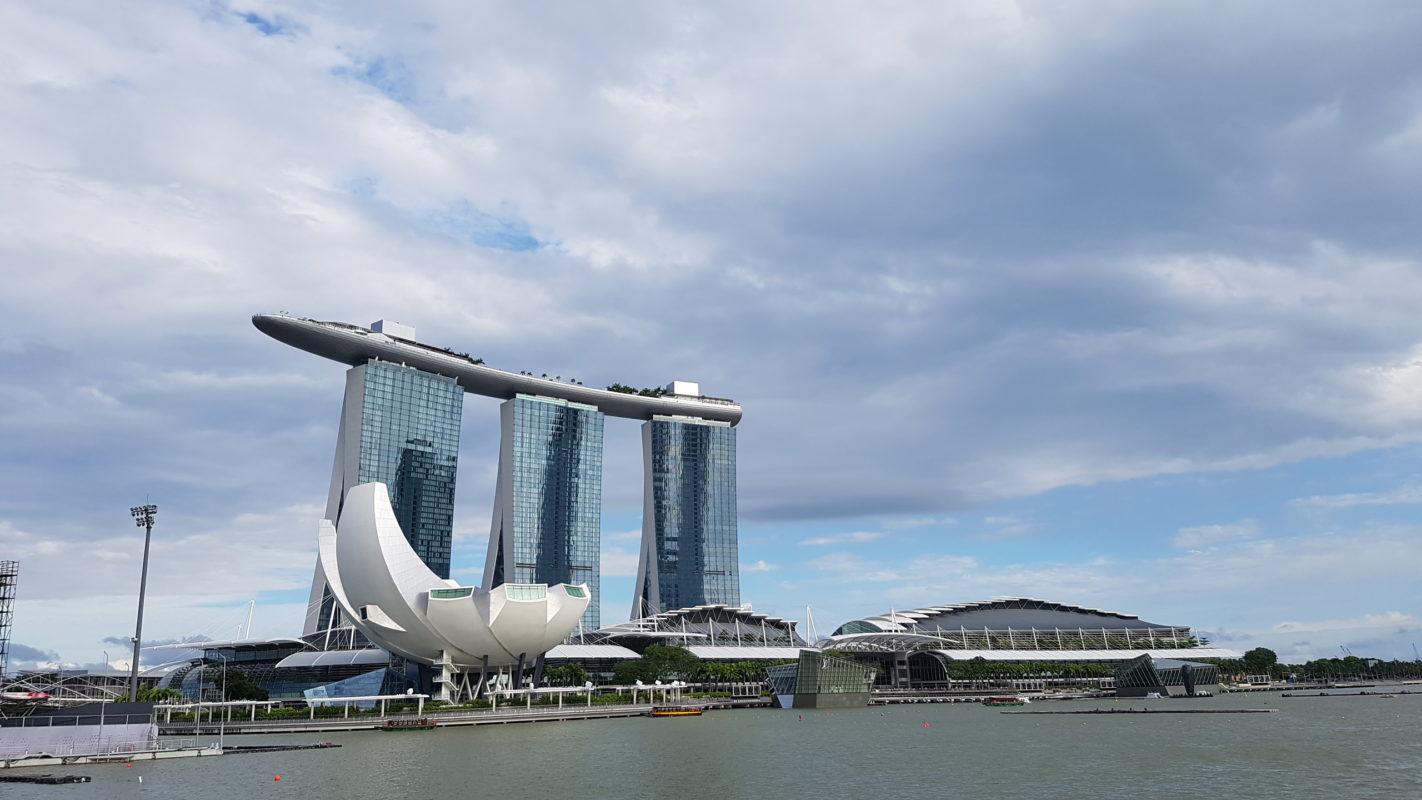 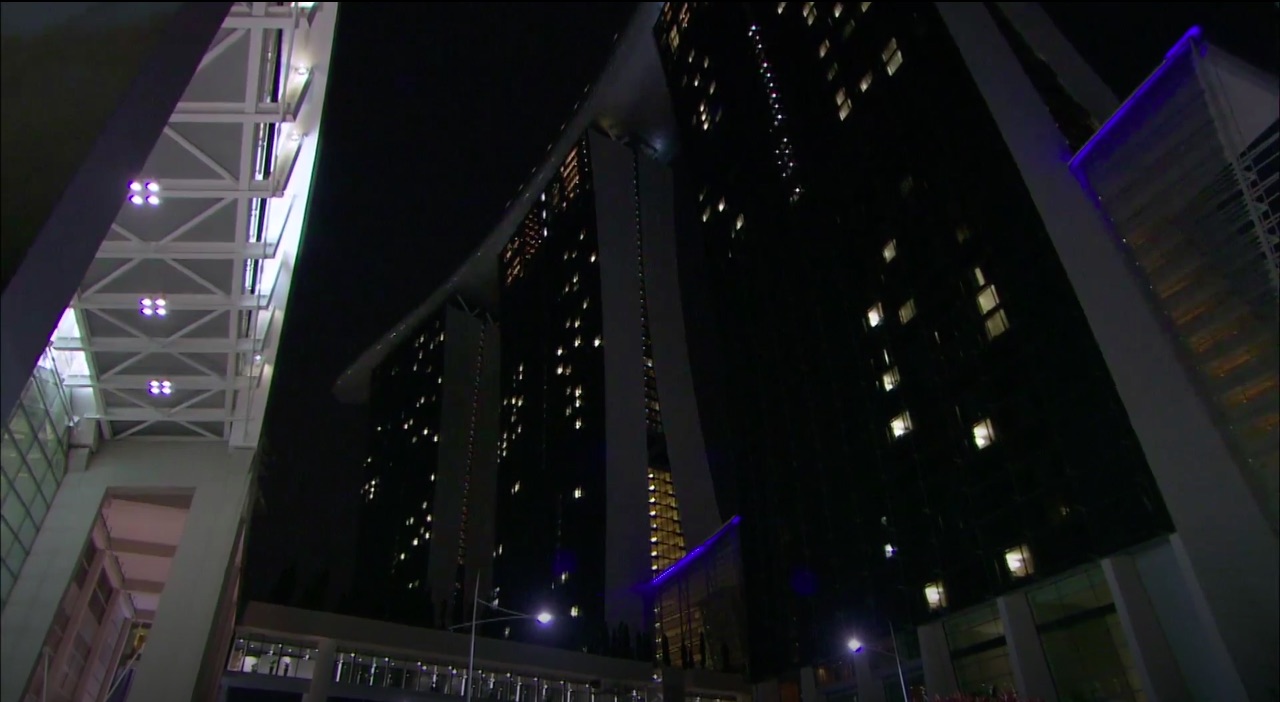 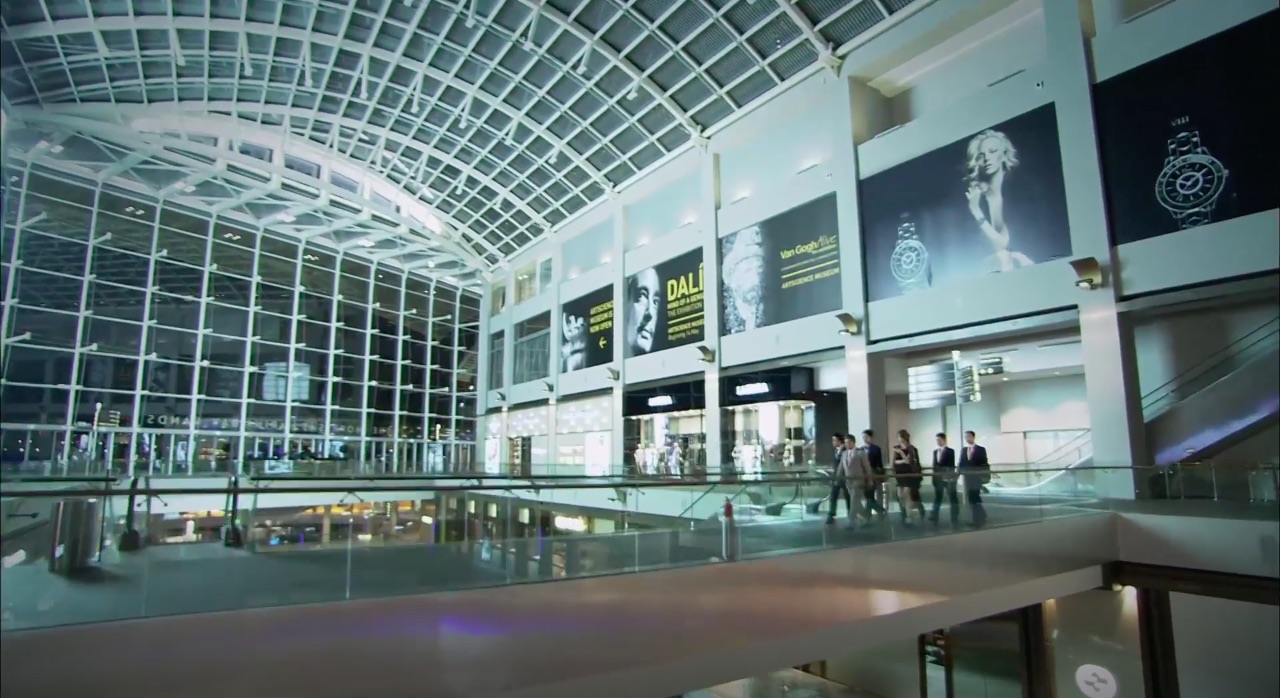 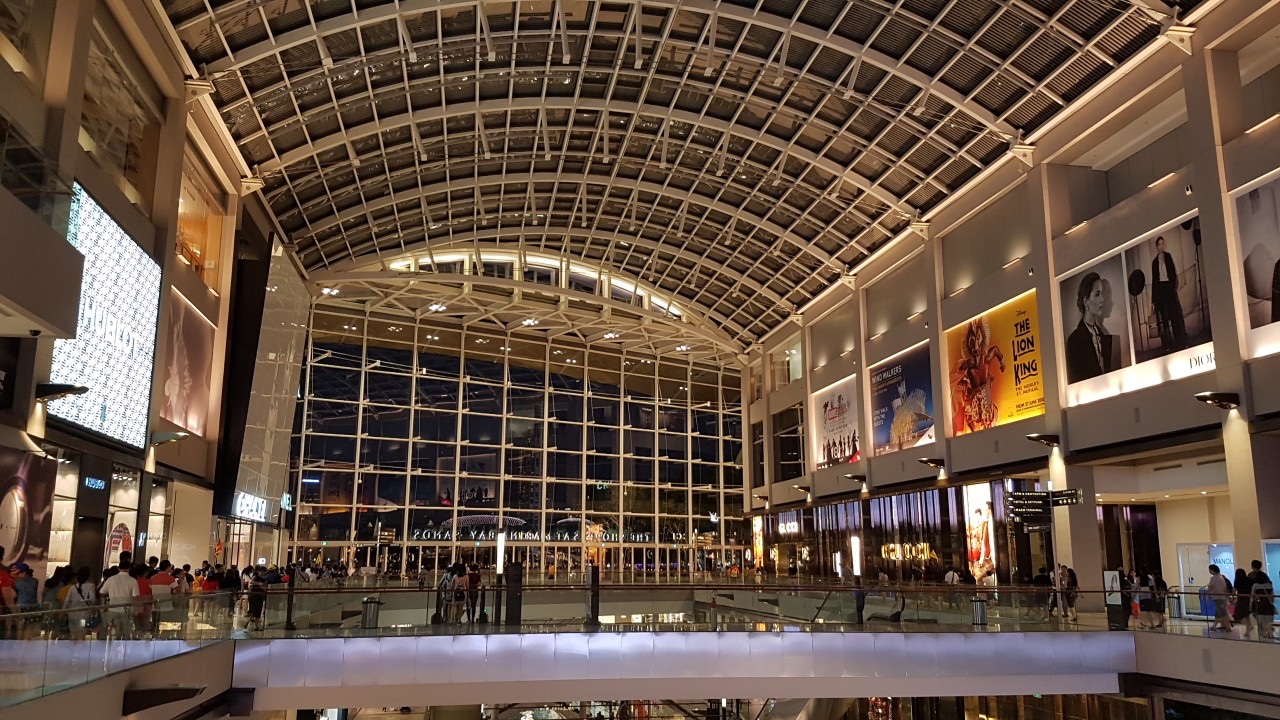 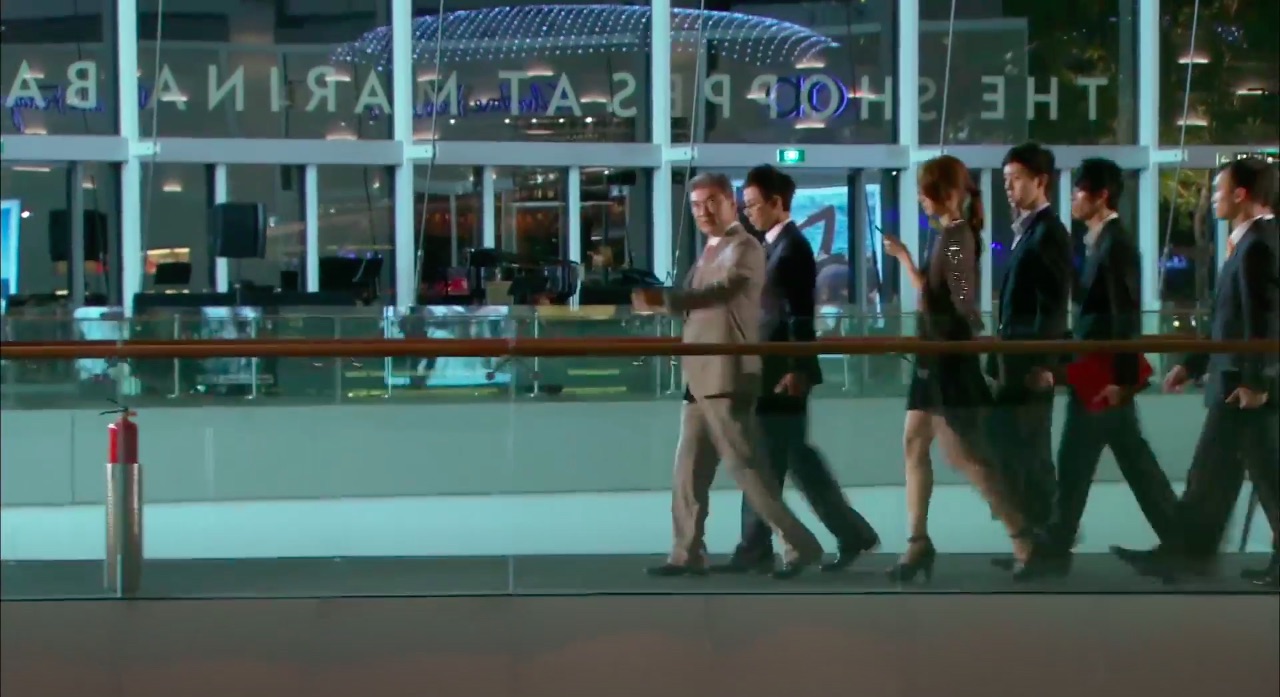 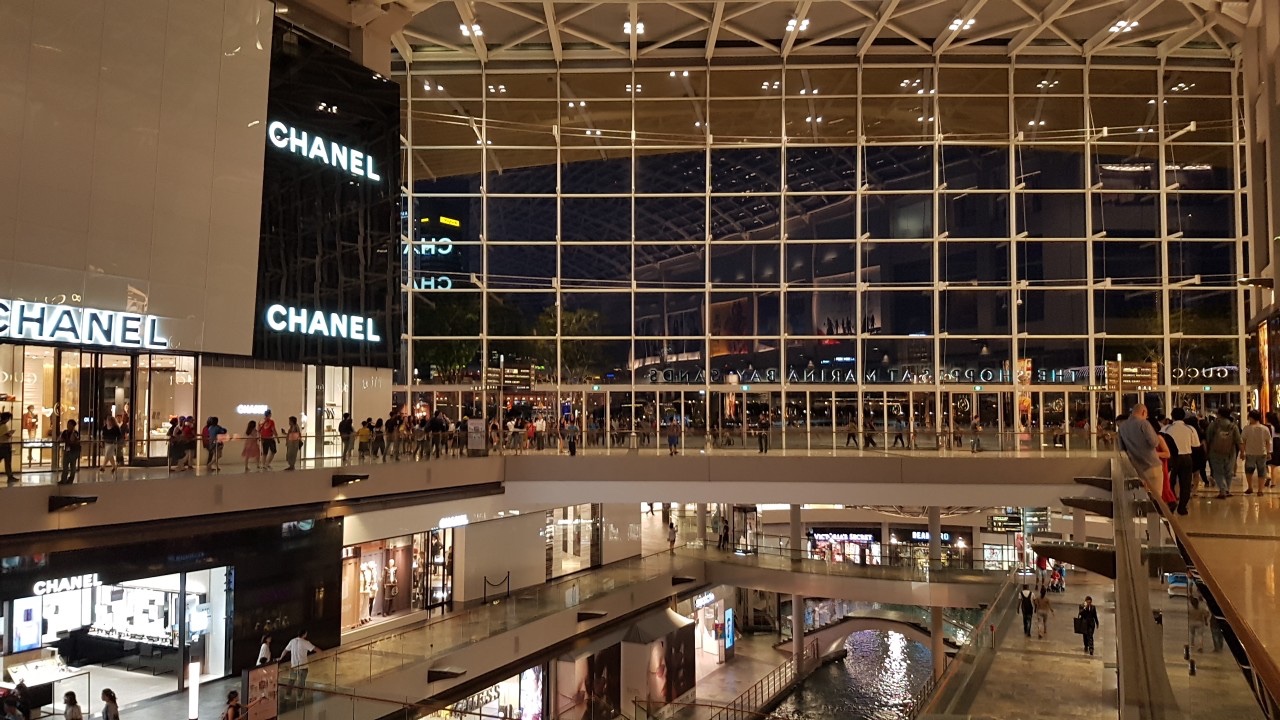 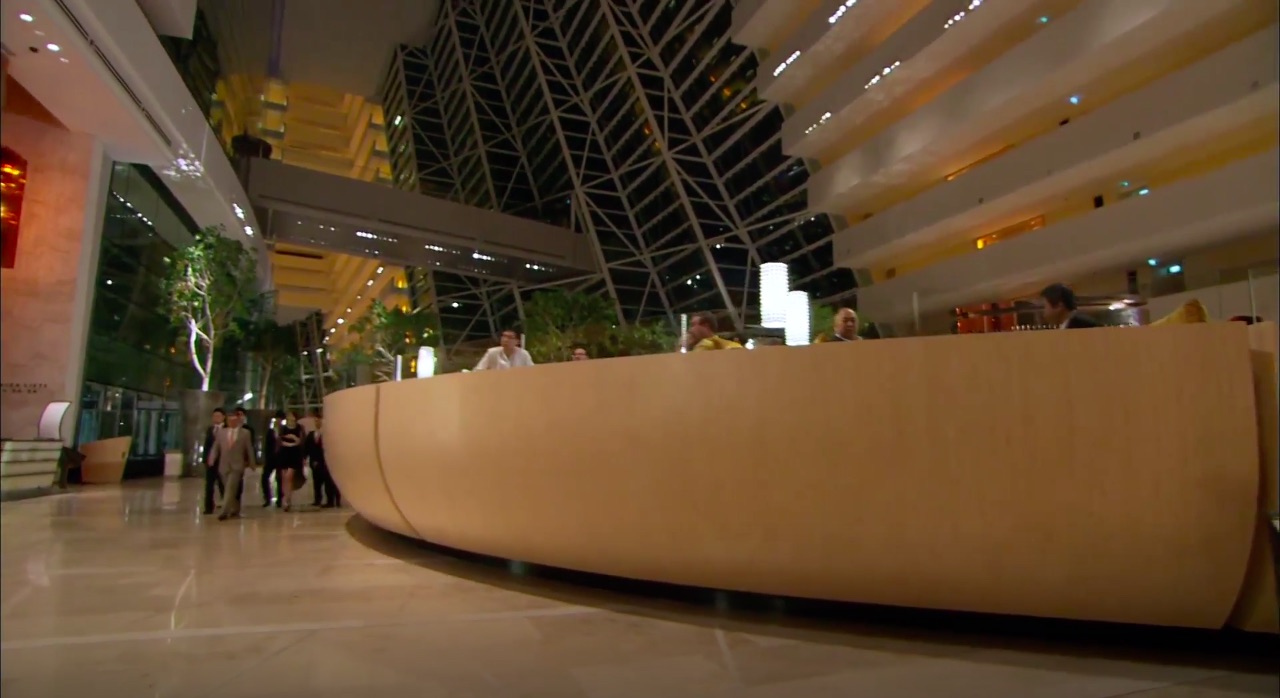 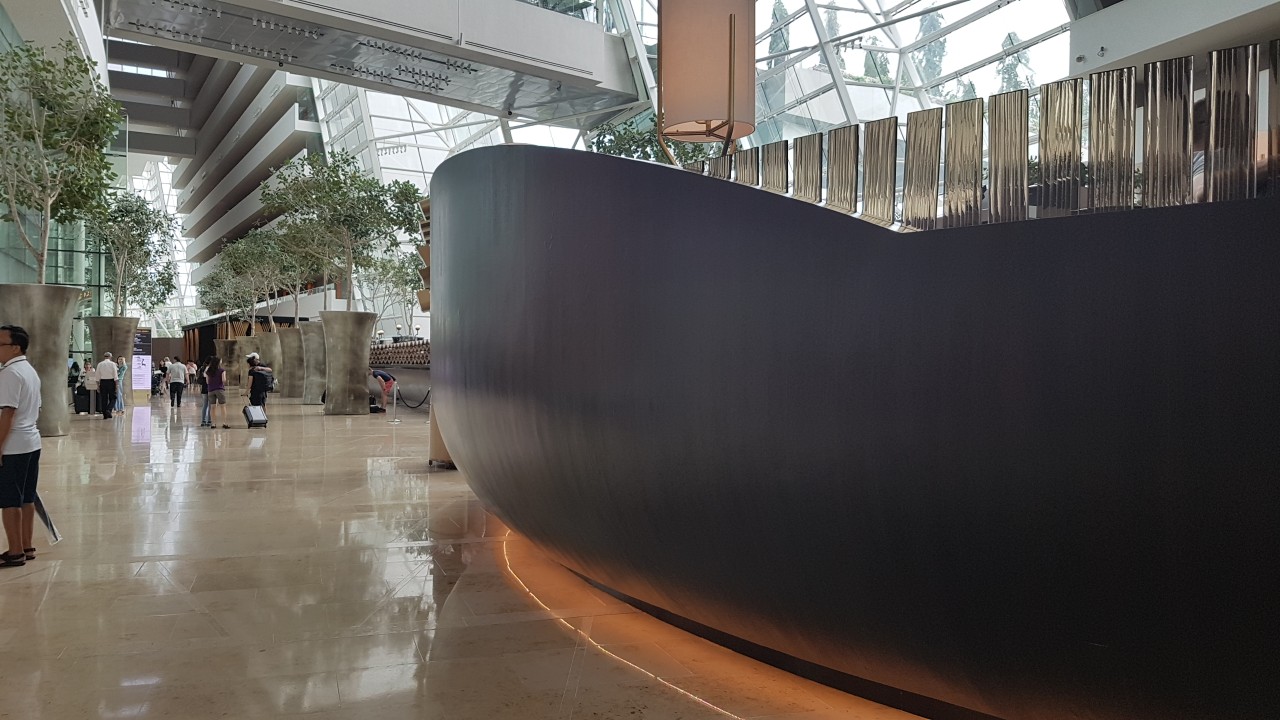 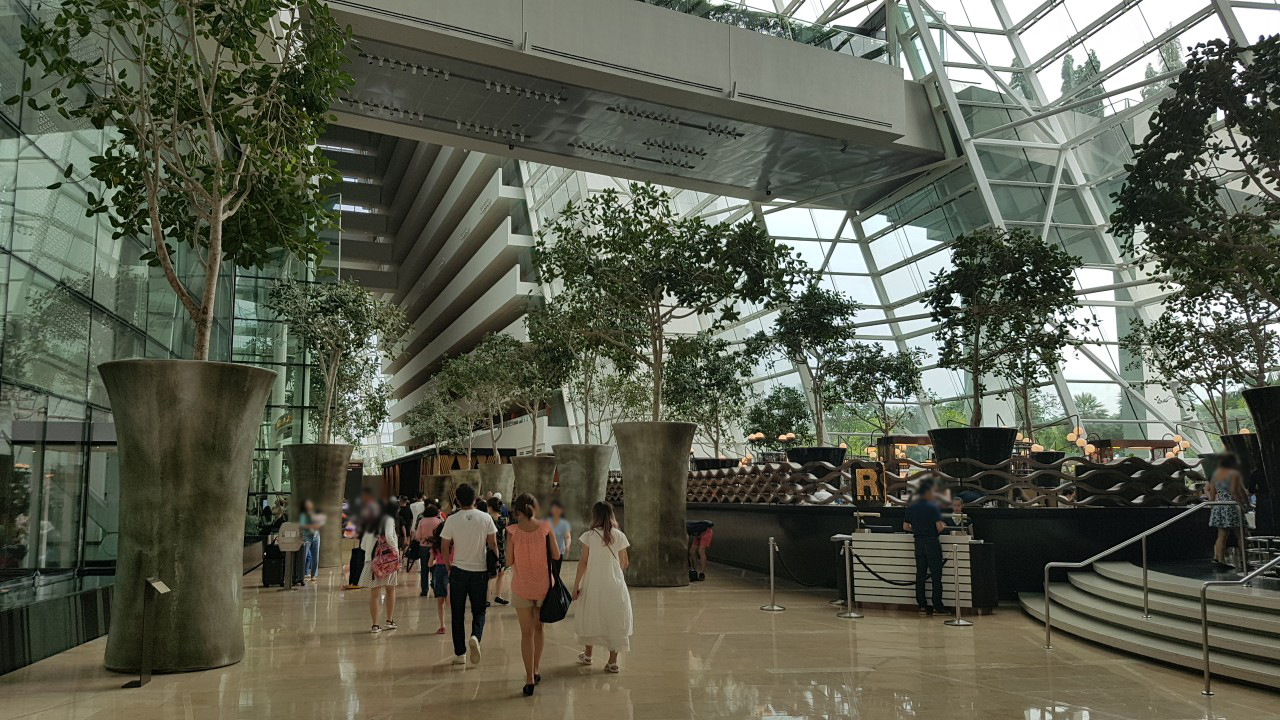 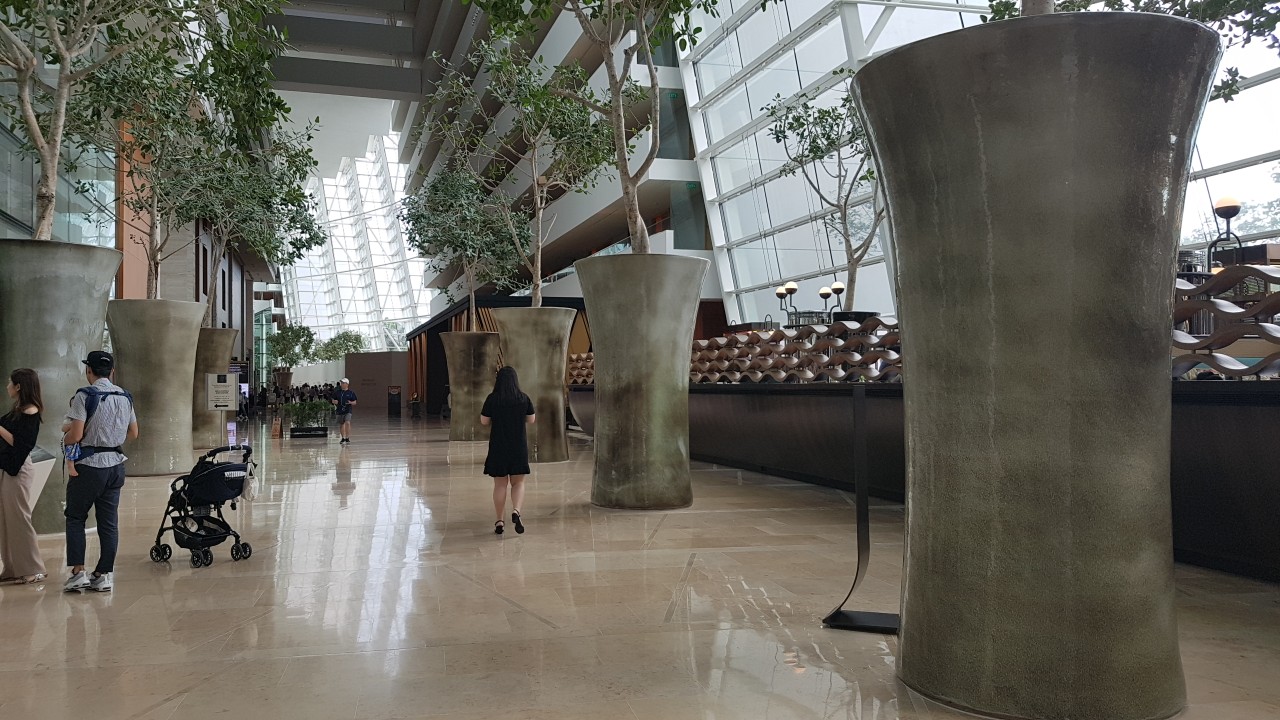 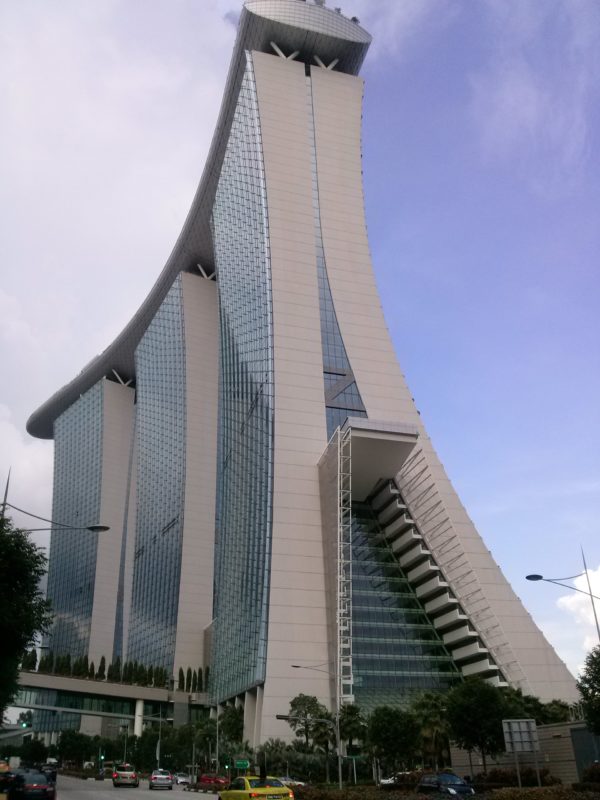 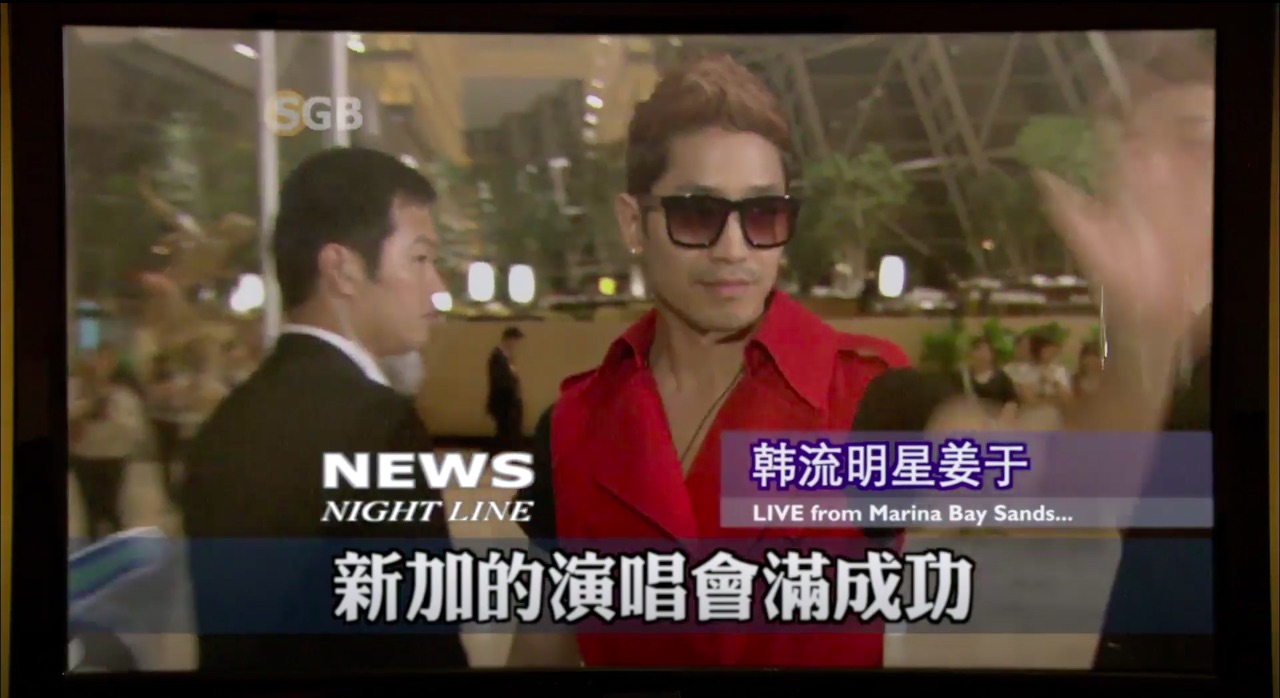 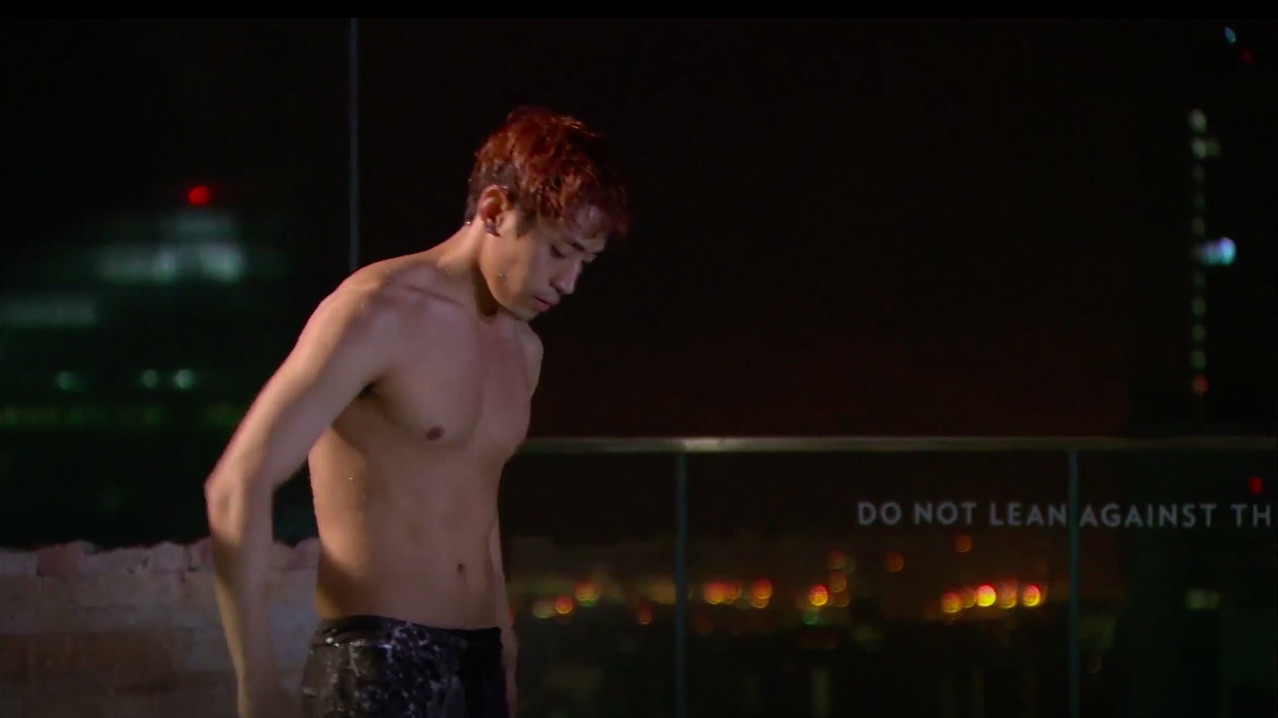 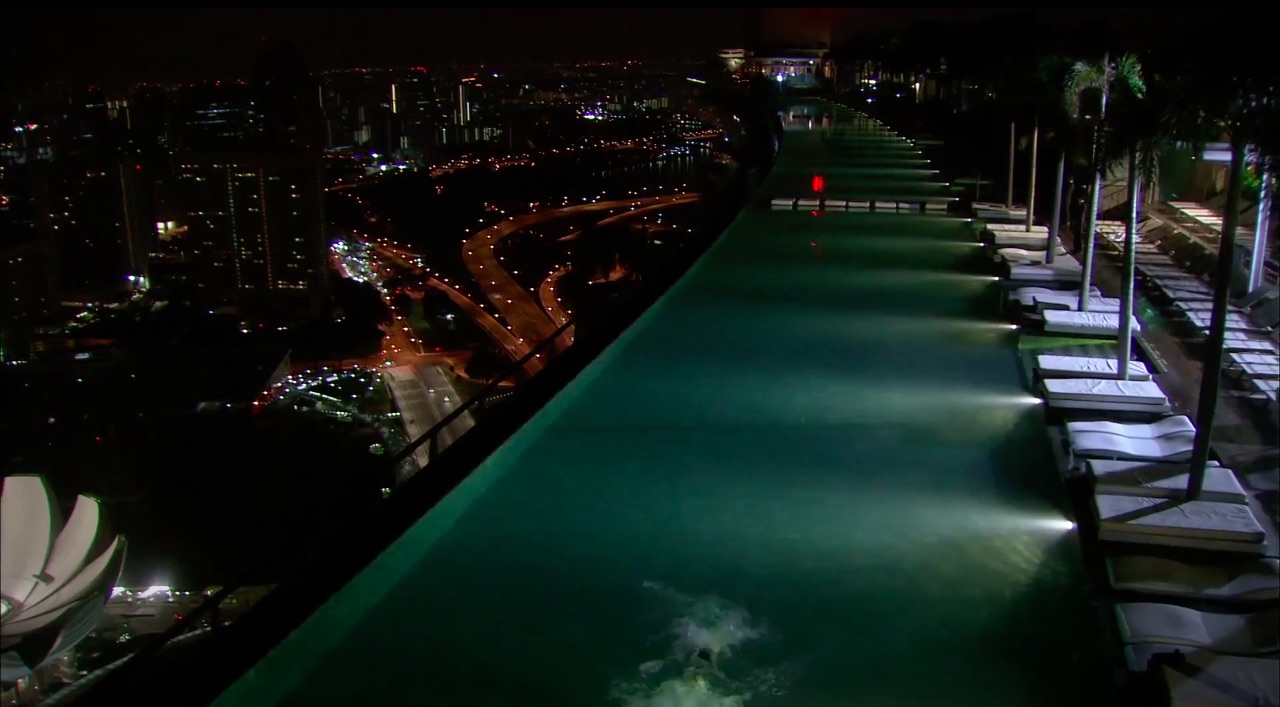 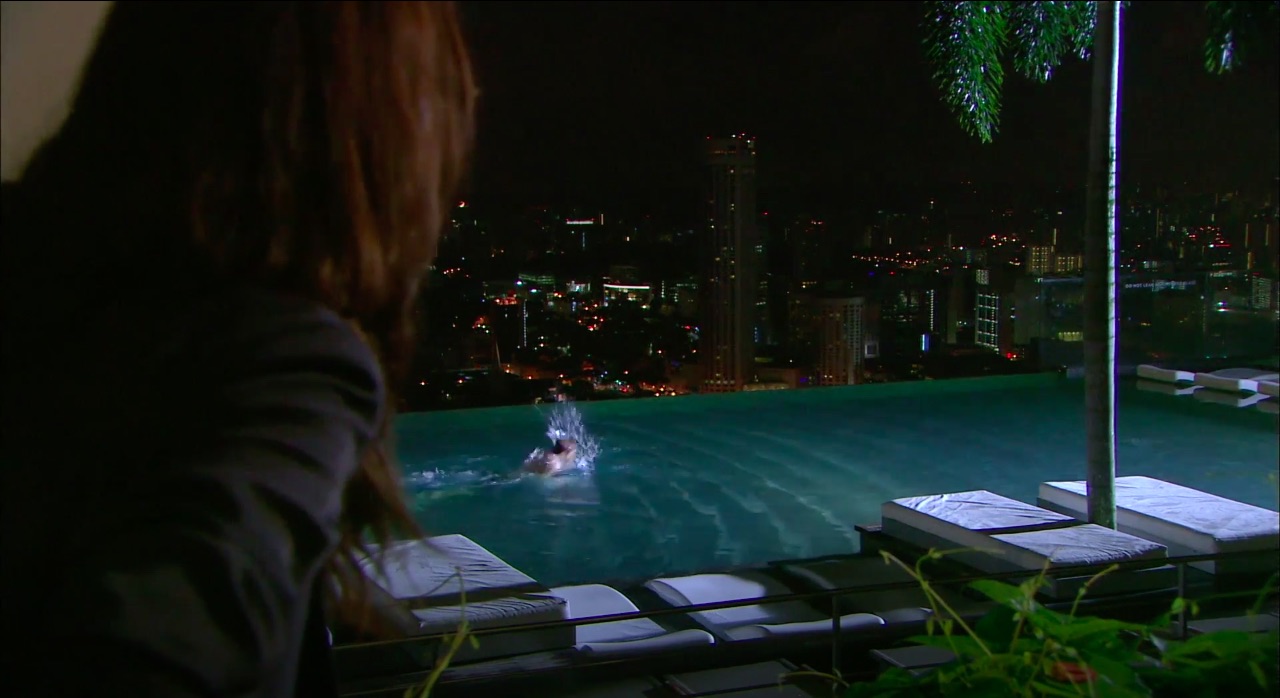 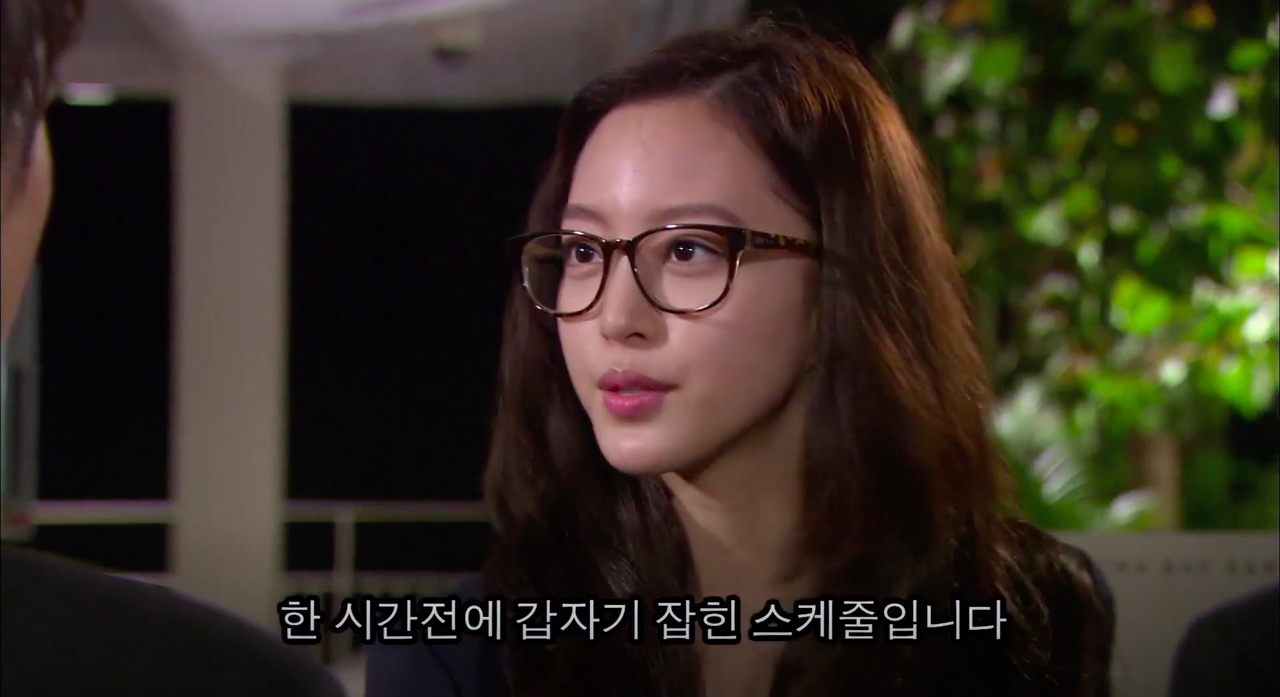 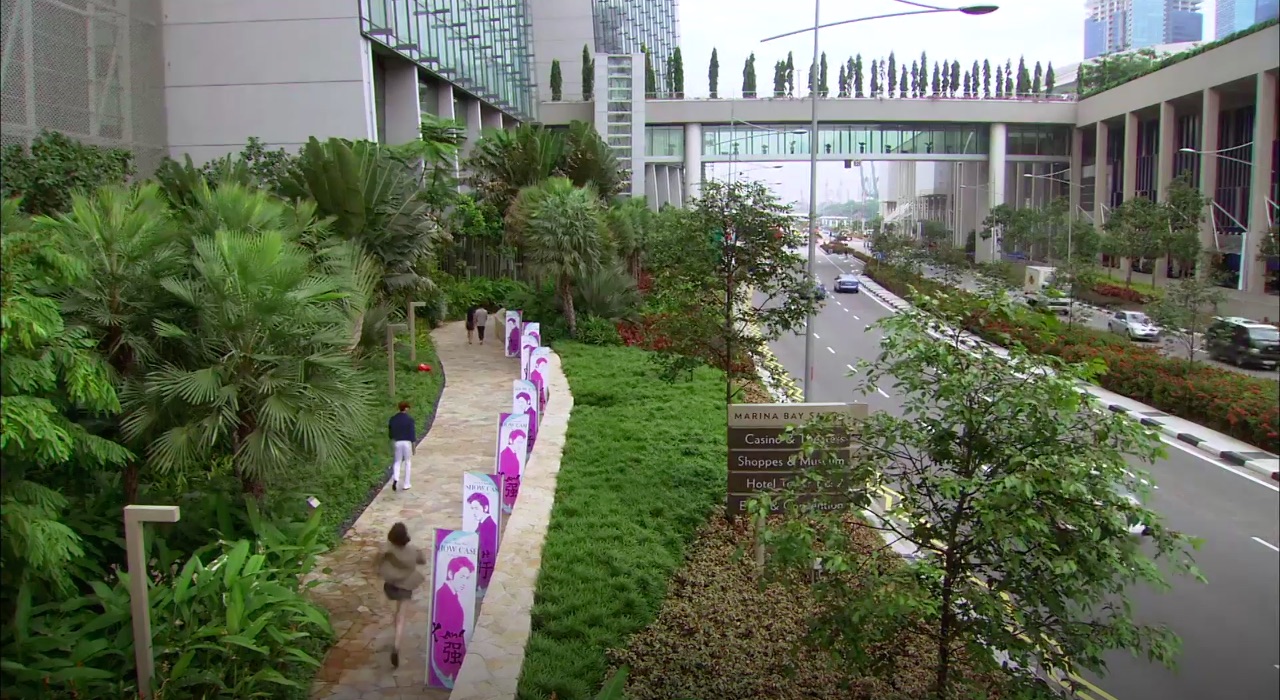 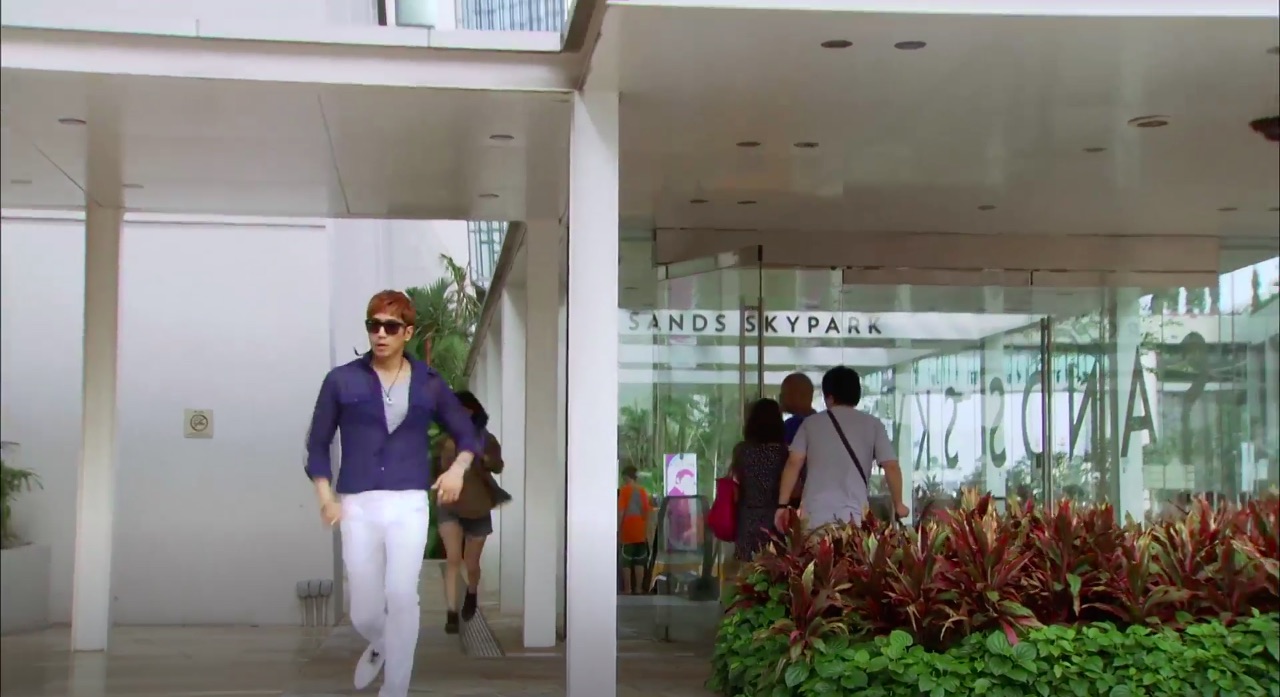 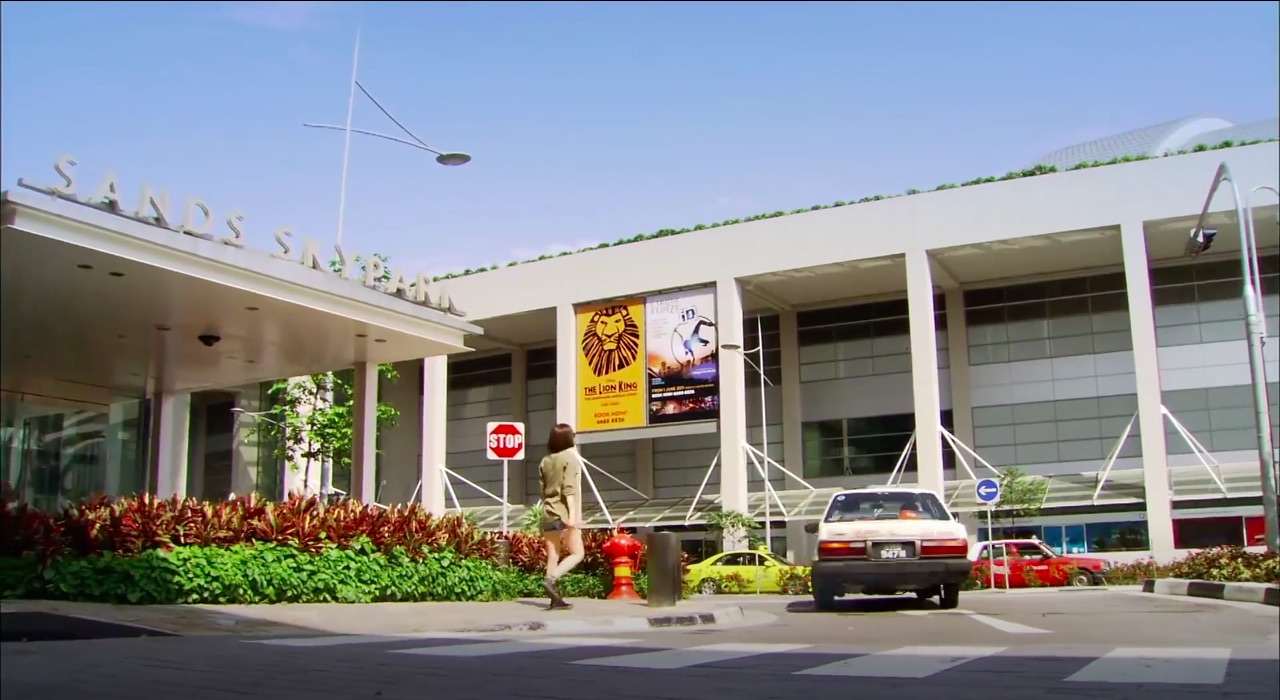 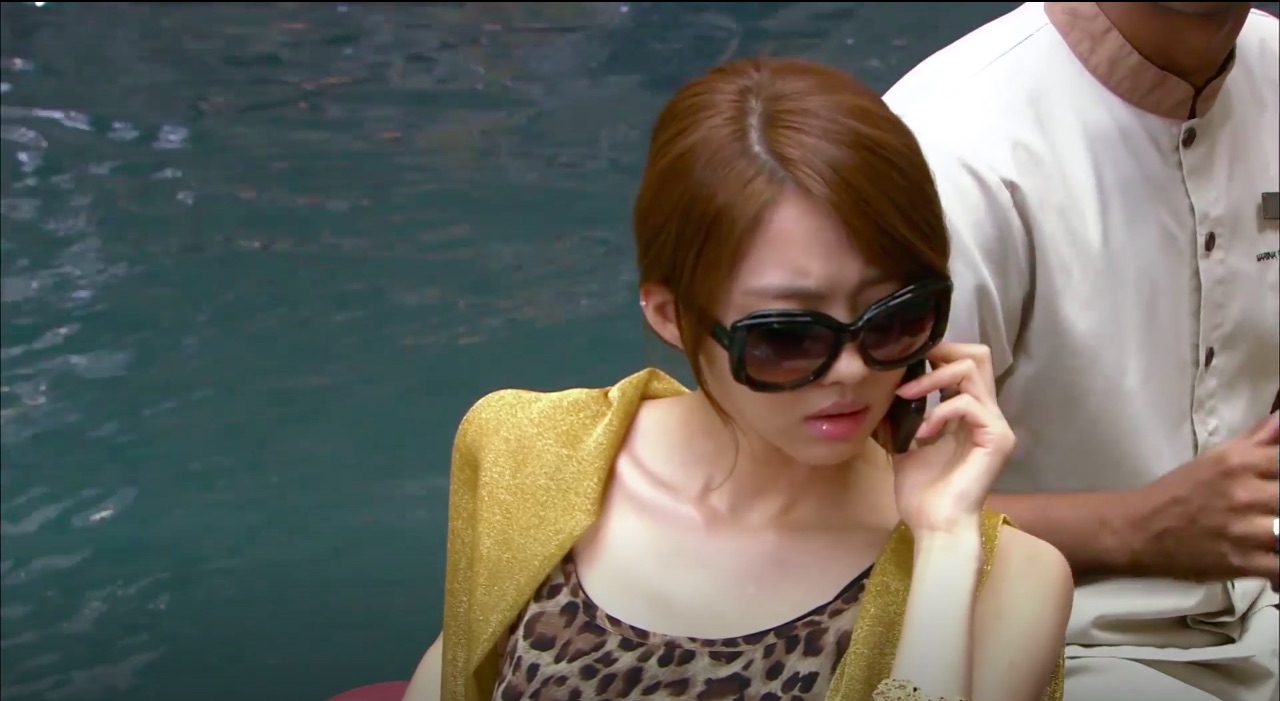 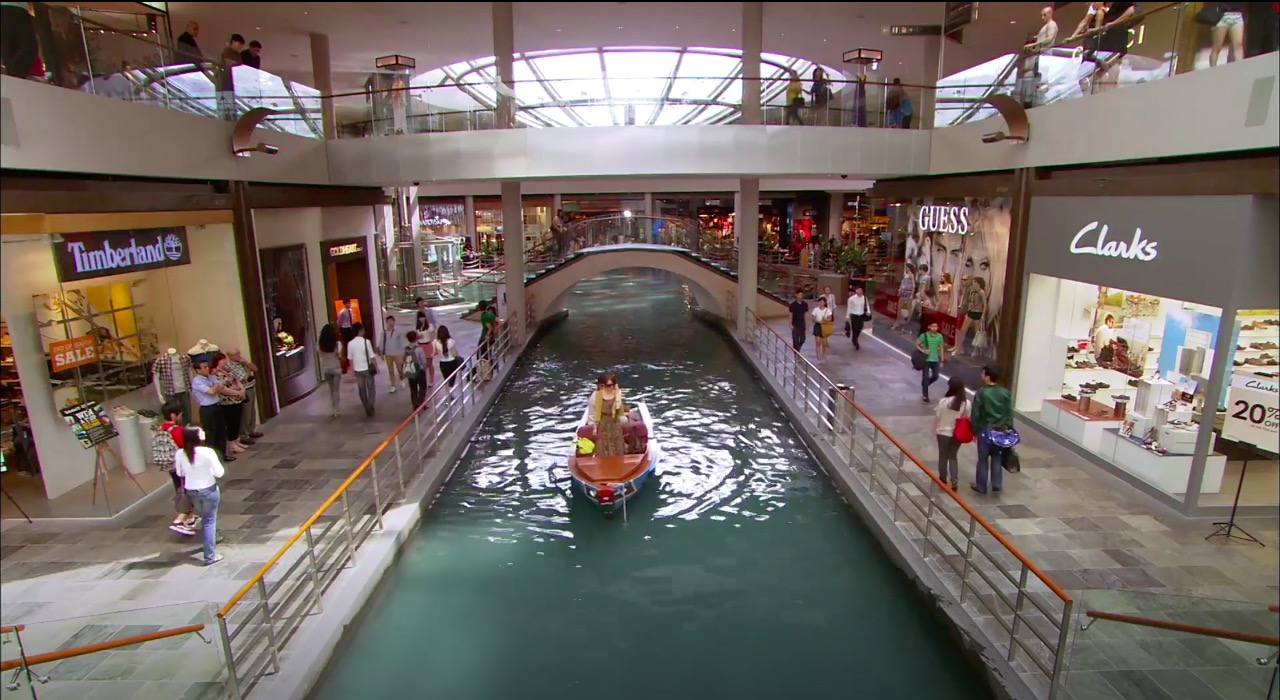 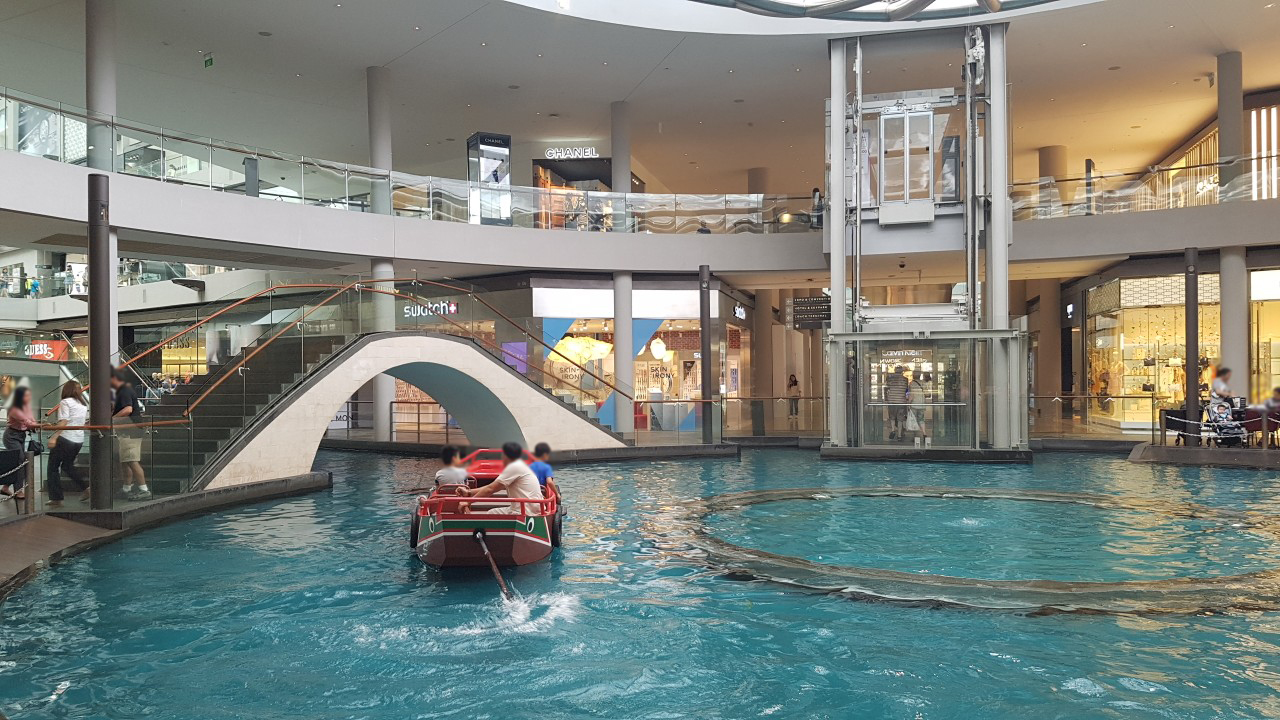 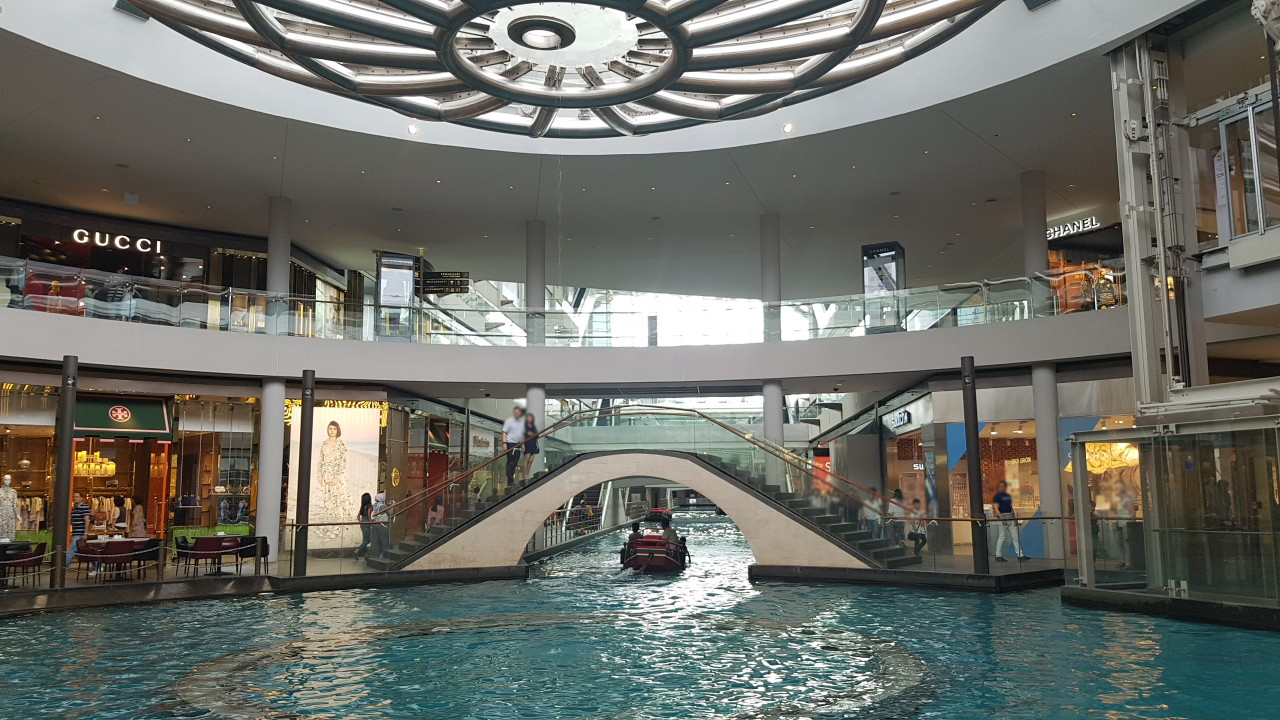 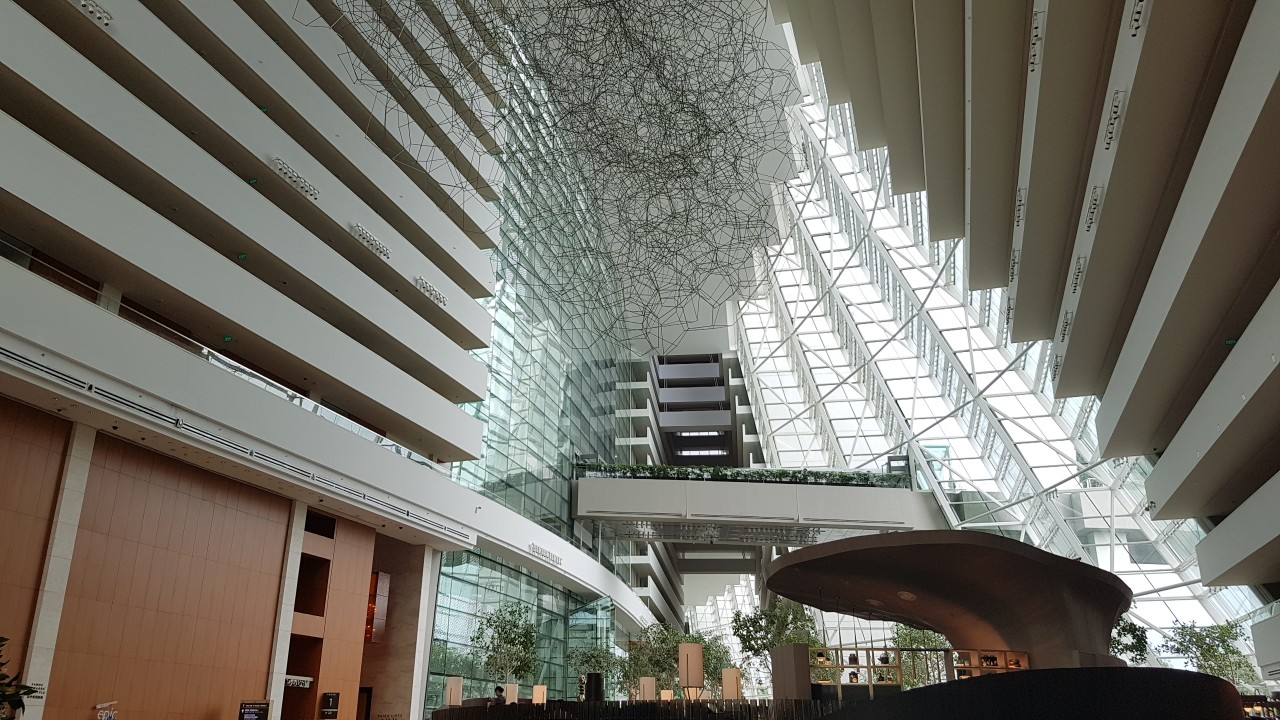 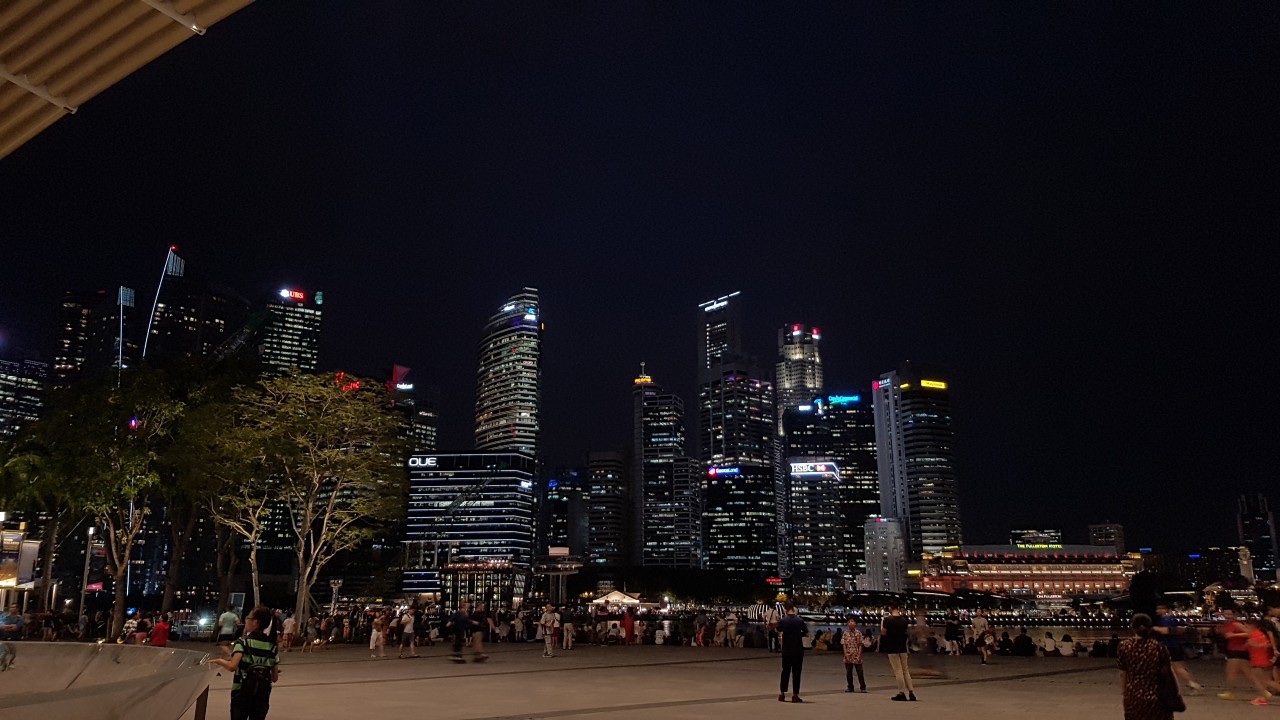 This was the setting for the Singapore hotel owned by Company Director Joo (Lee Deok-hwa) in Spy Myung-wol (스파이 명월) (KBS2, 2011). It was featured most prominently in episode 1, when he brought his executives and granddaughter In-ah (Jang Hee-jin) for a tour around the premises. It is also where Kang Woo (Eric Mun of Shinhwa) puts up at, while in Singapore for his showcase concert. North Korean spy Han Myung-wol (Han Ye-seul) tracks him down at various locations of the hotel in an attempt to get an autograph for the person she works for, but he evades her.

Marina Bay Sands Singapore [마리나베이샌즈] is an iconic integrated project which opened its doors in 2010, and overlooks Singapore‘s Marina Bay. It encompasses a 5-star luxury hotel with an infinity pool, observation deck, mall (known as The Shoppes, with a canal seen in the show), a casino, a theatre, a convention centre, and a museum known as the ArtScience Museum. Scenes from Spy Myung Wol were filmed throughout the premises over 10 days in June 2011.