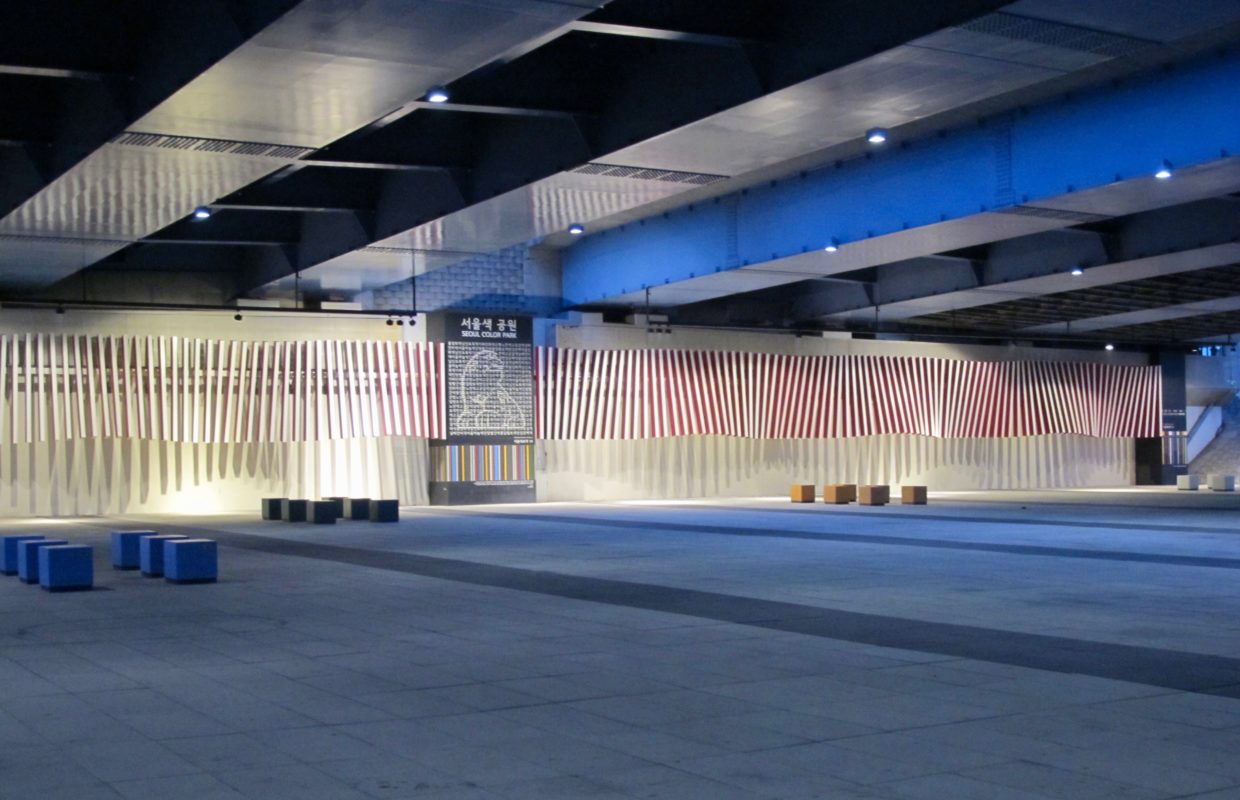 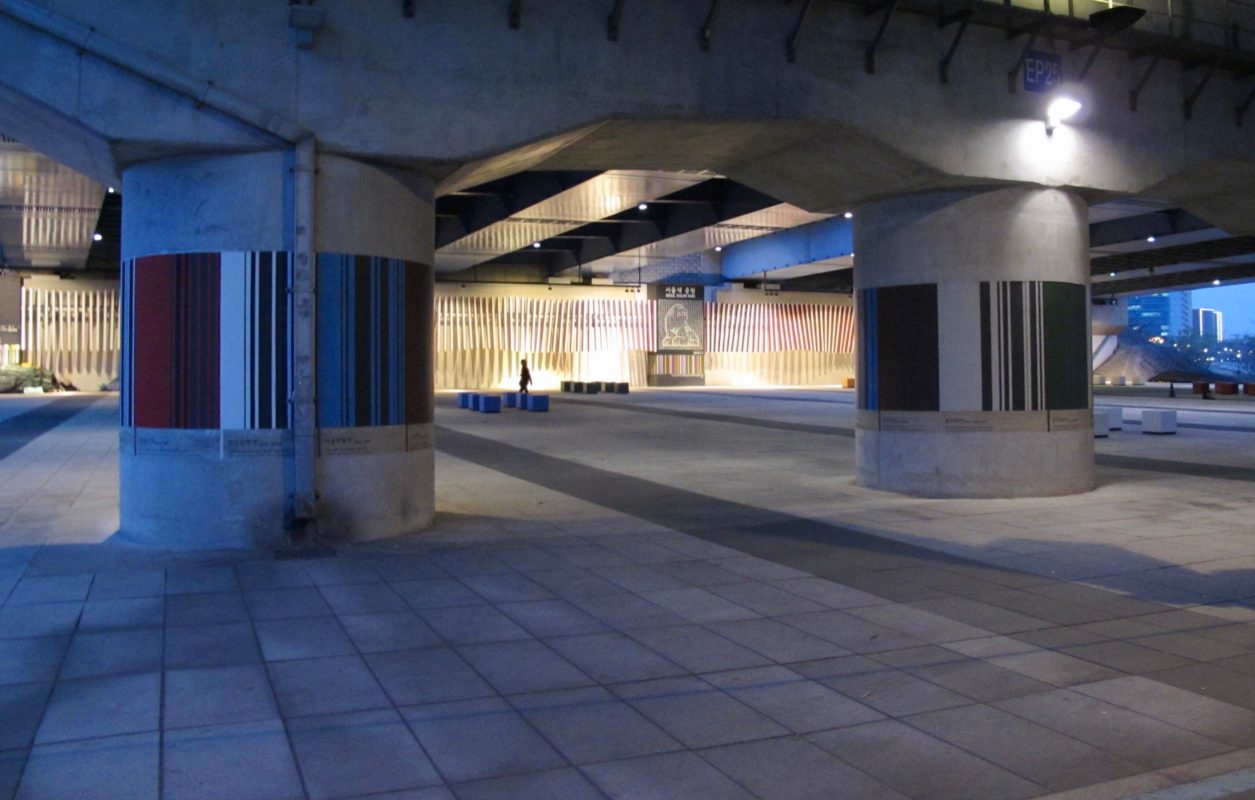 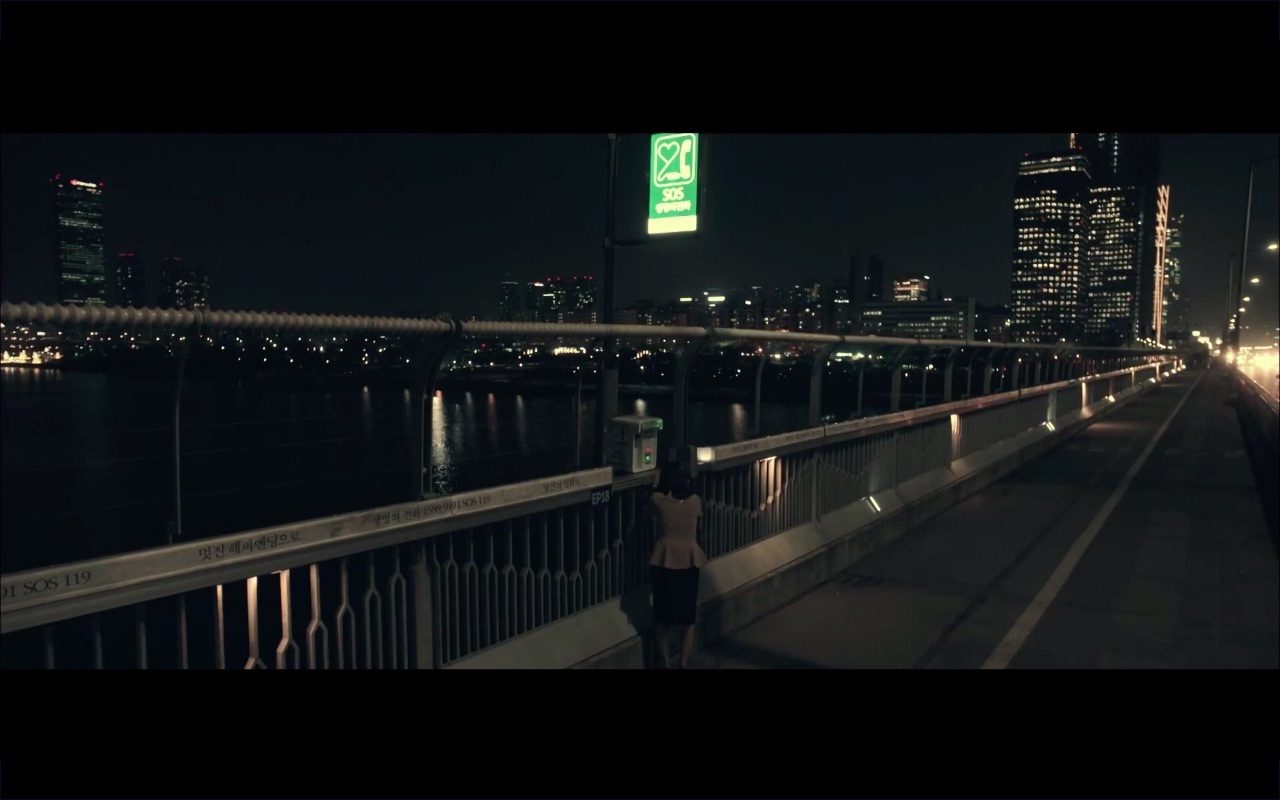 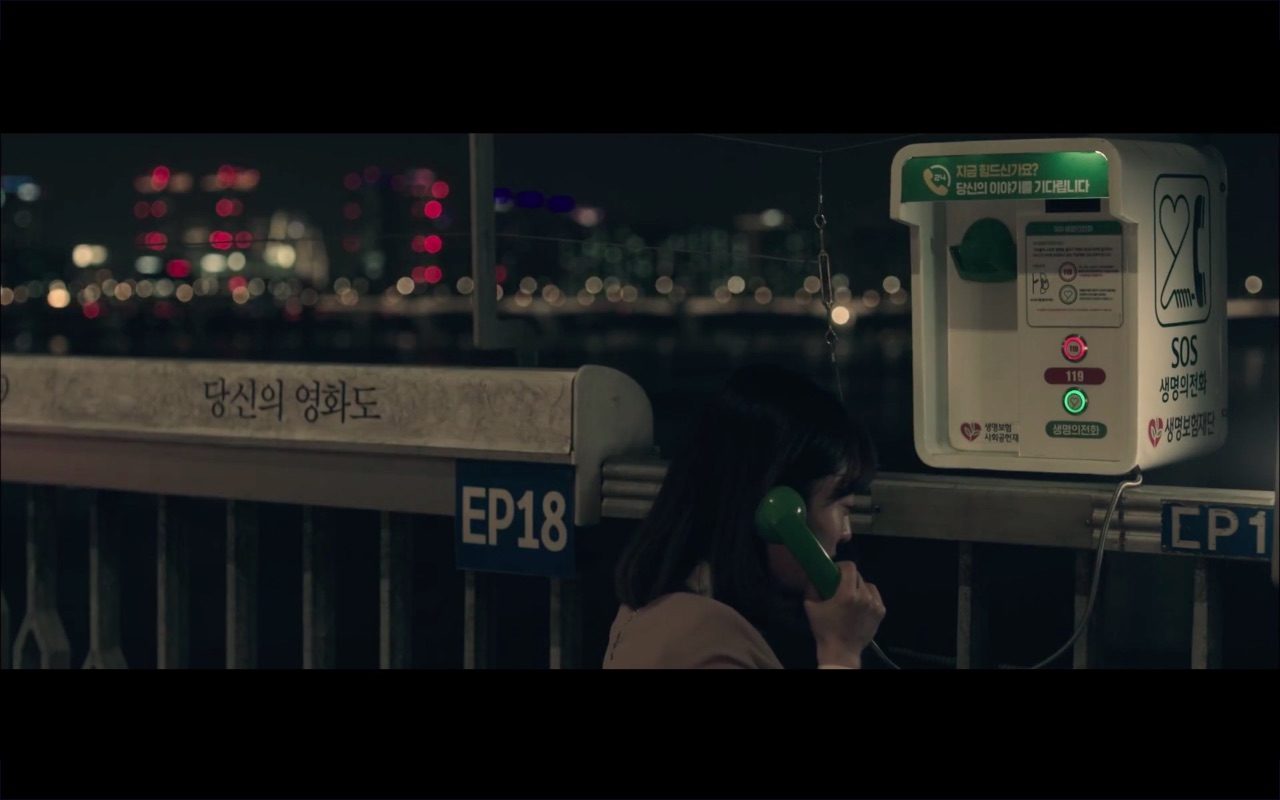 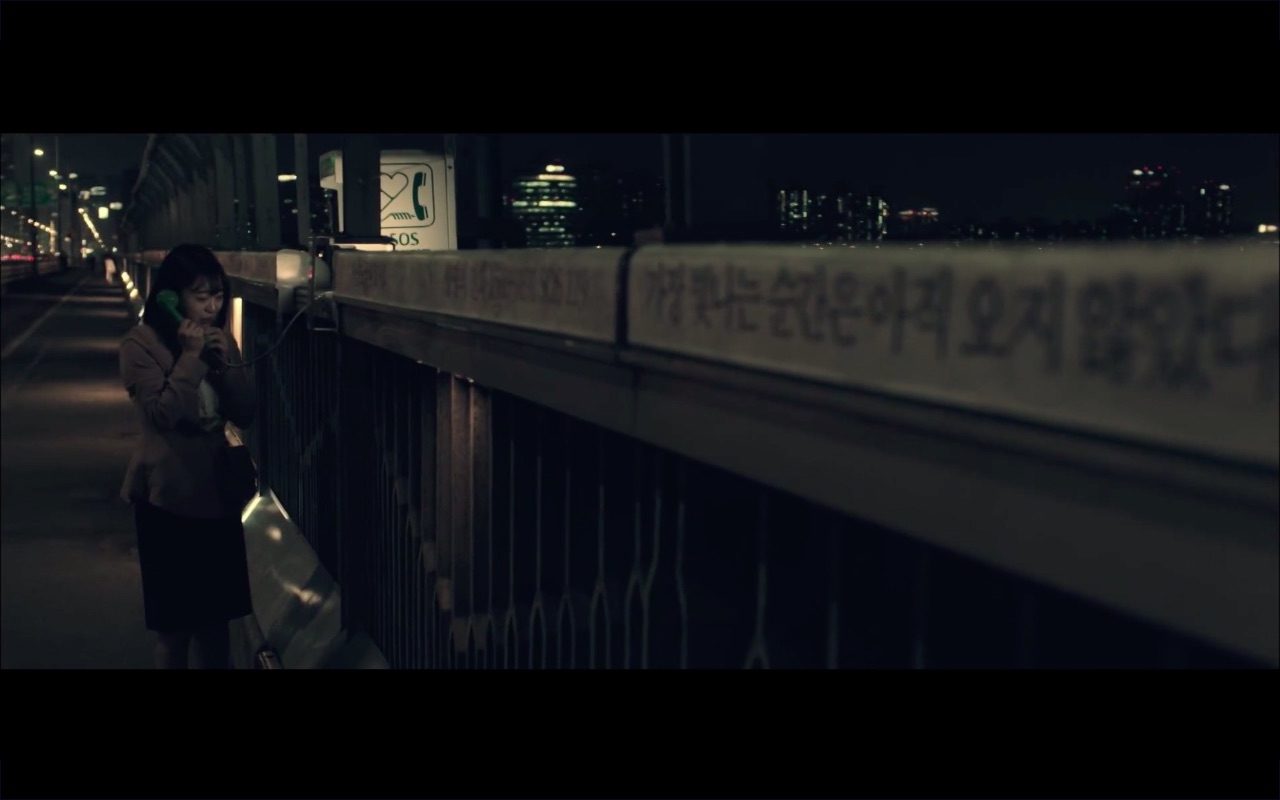 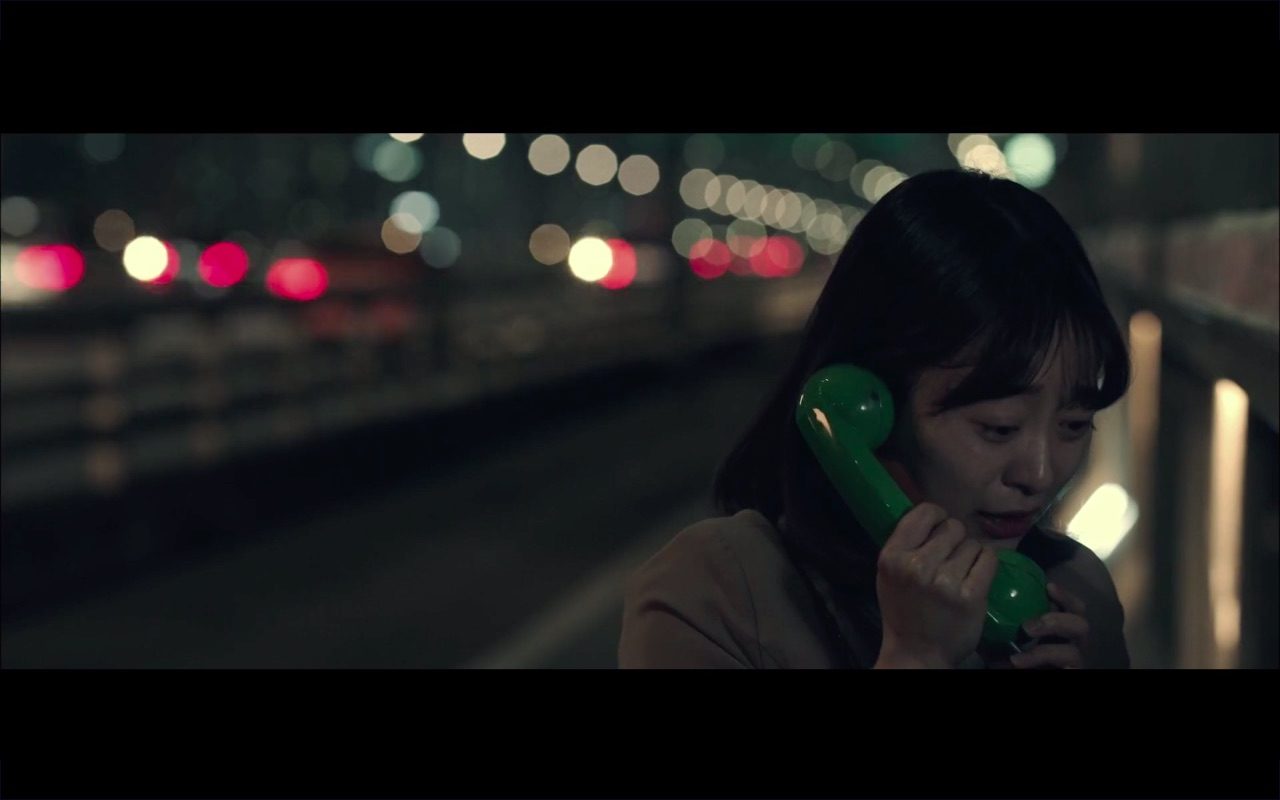 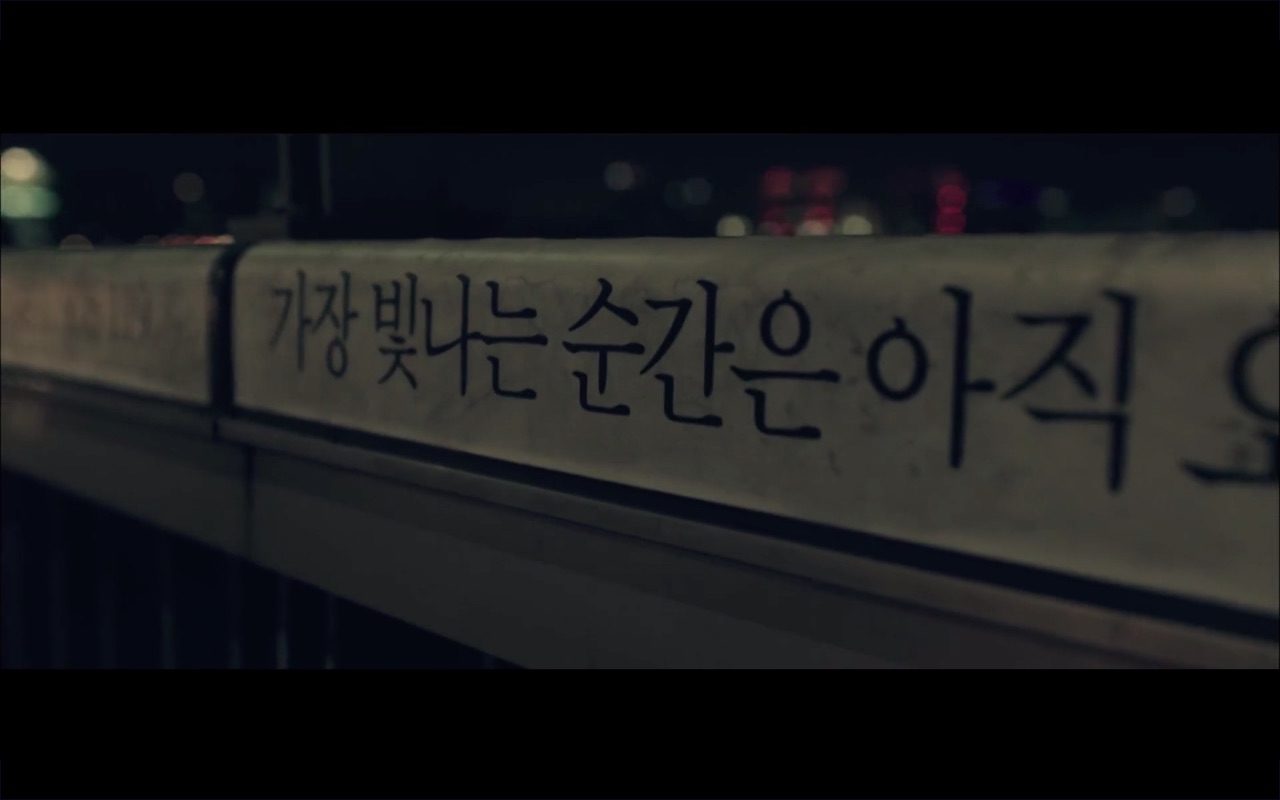 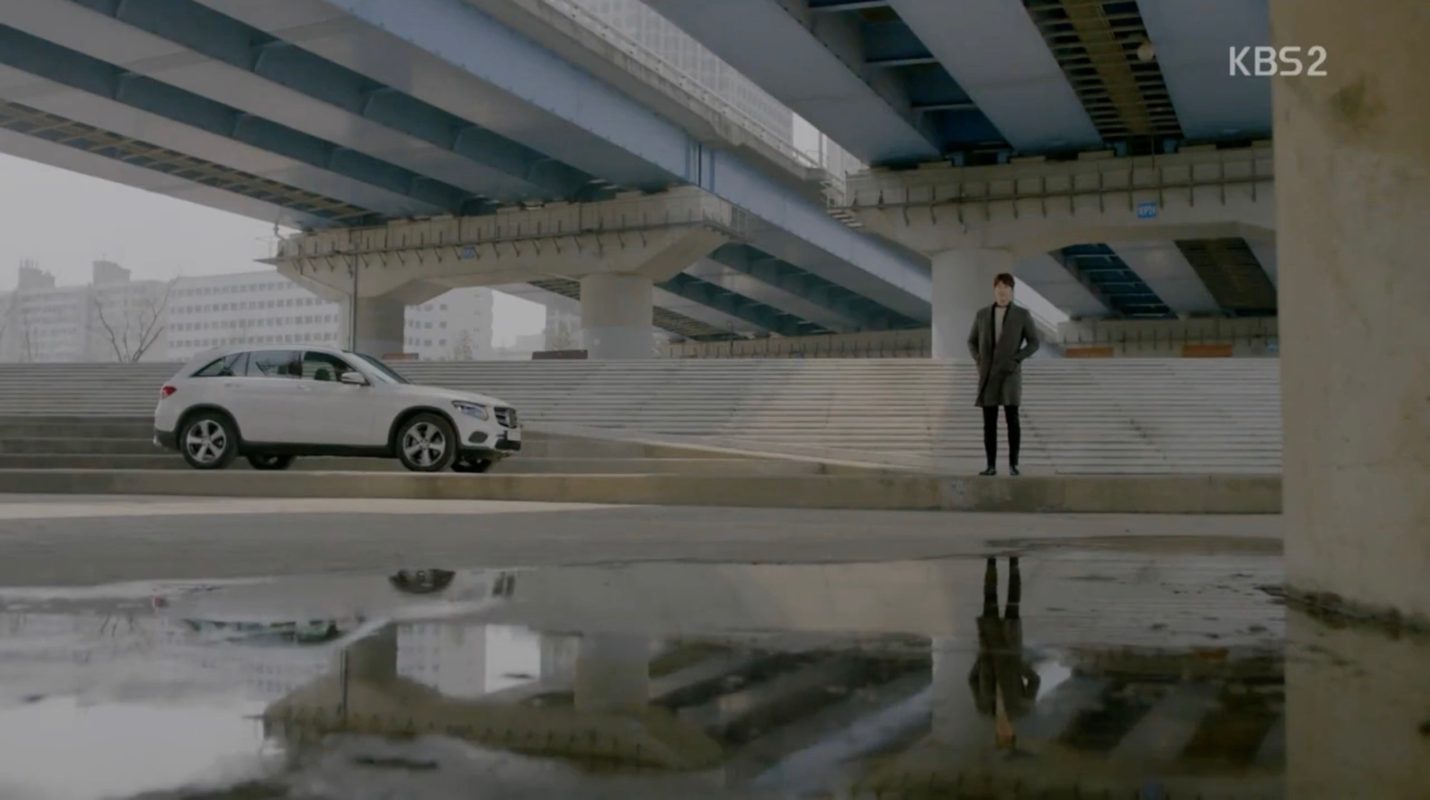 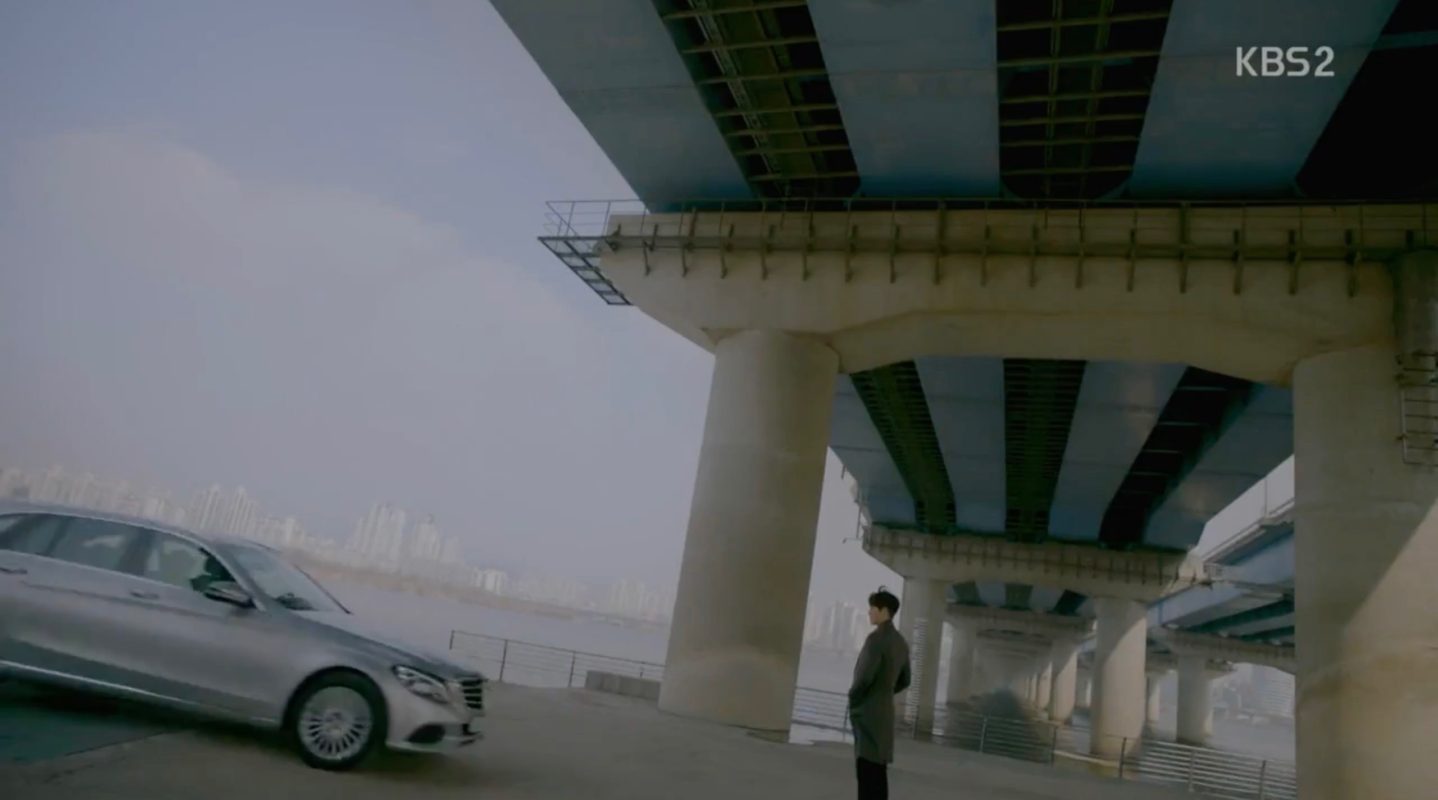 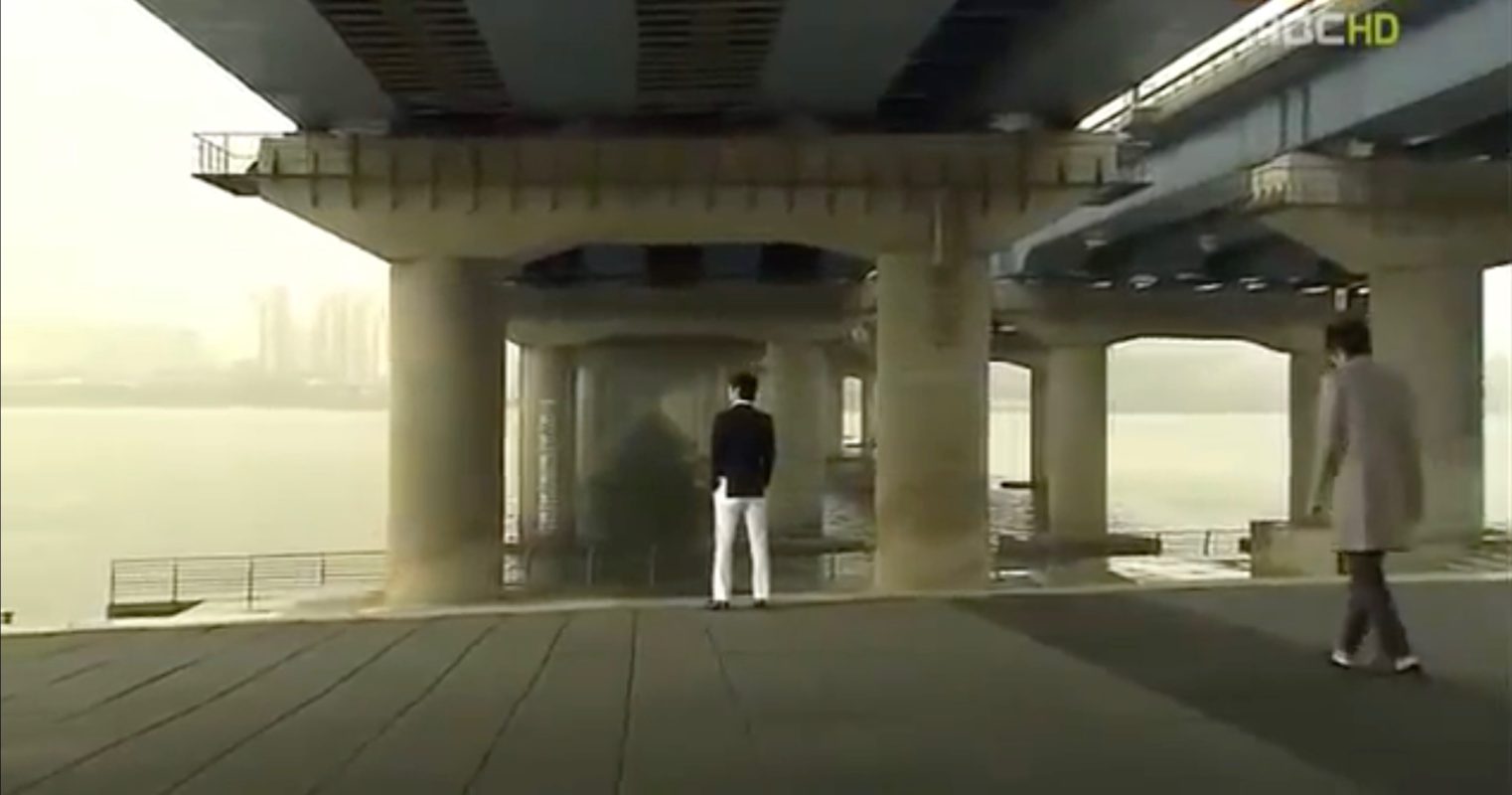 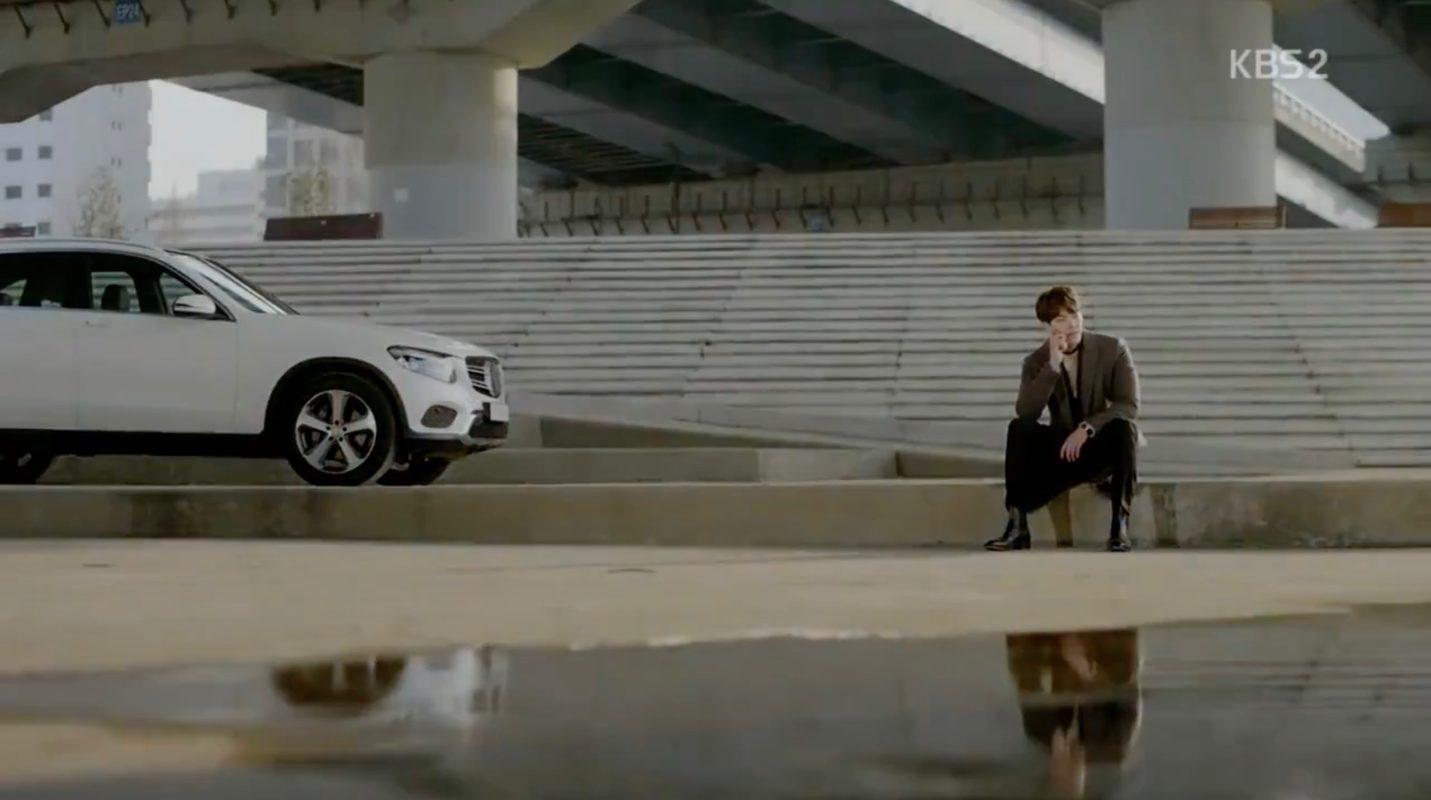 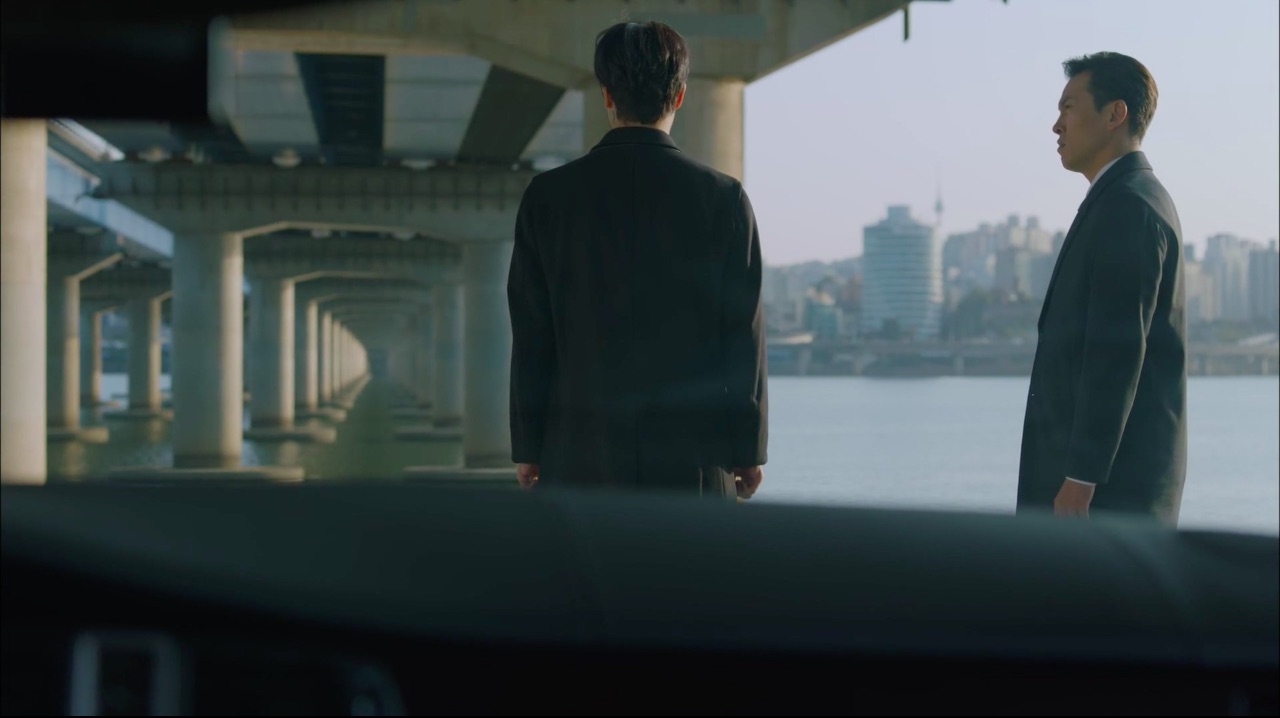 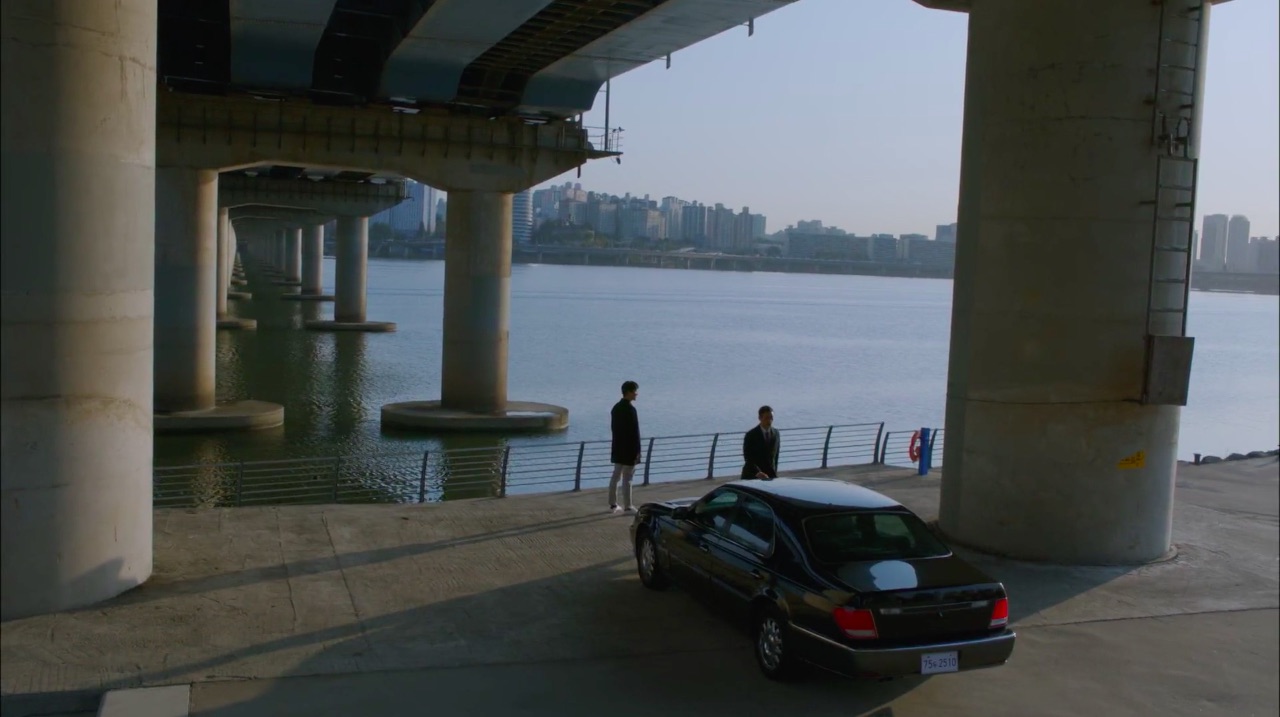 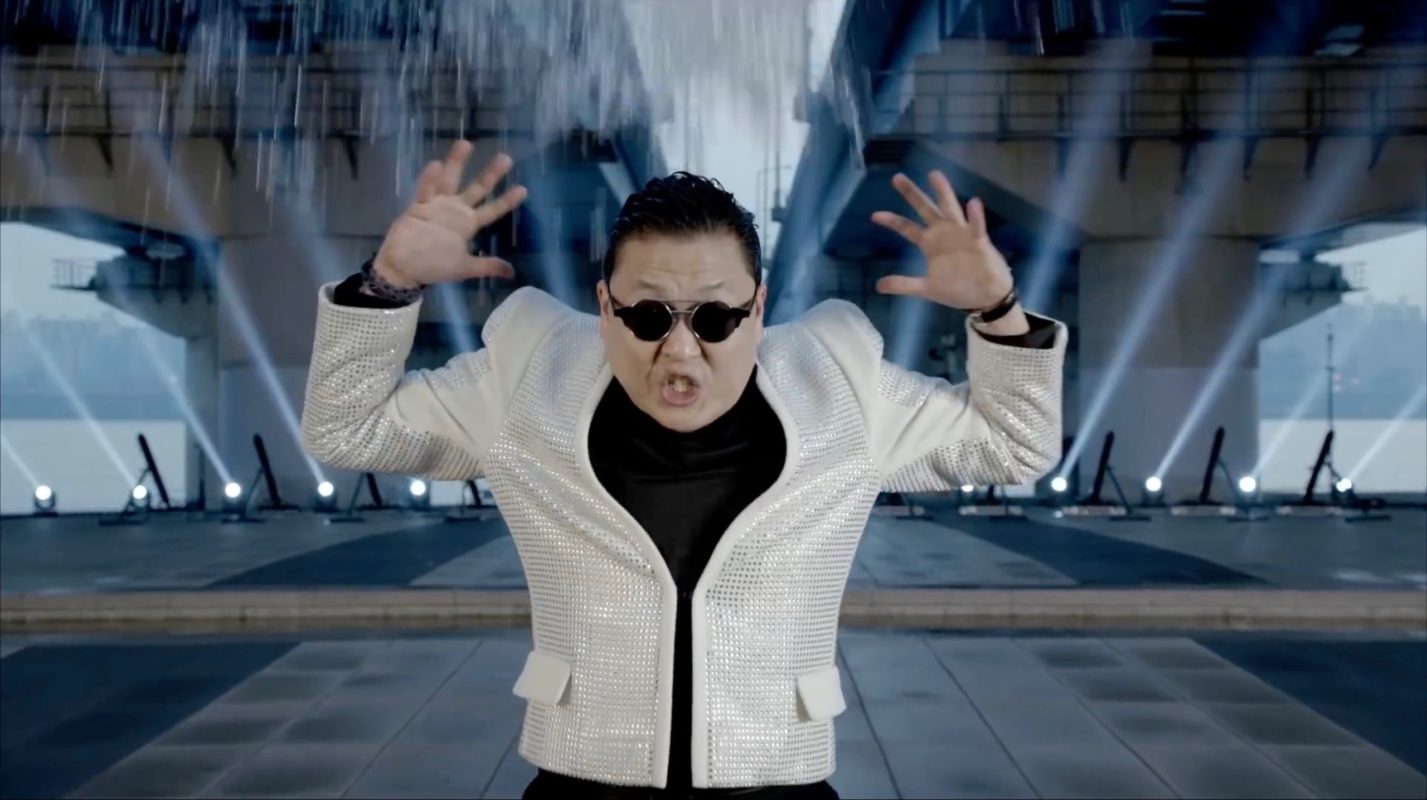 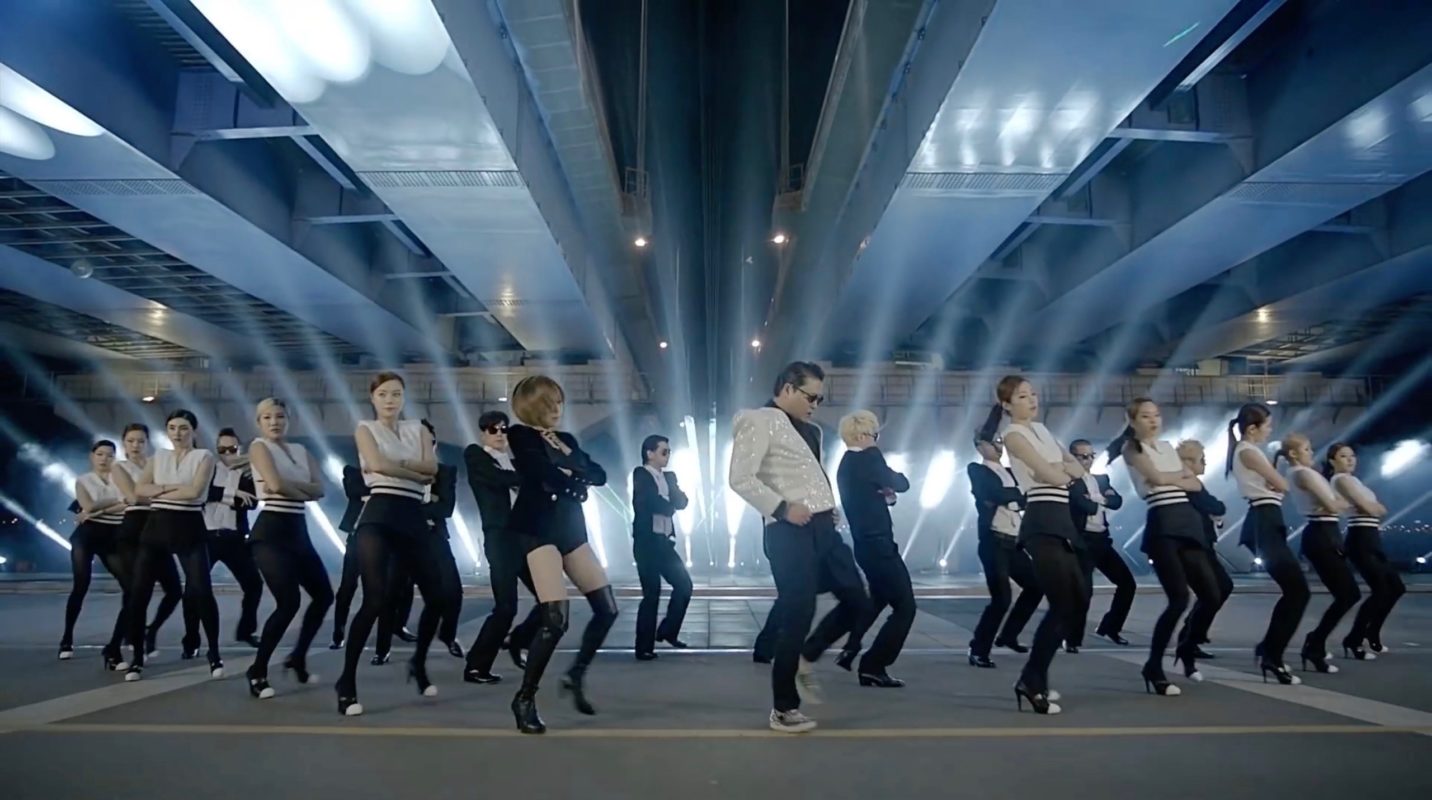 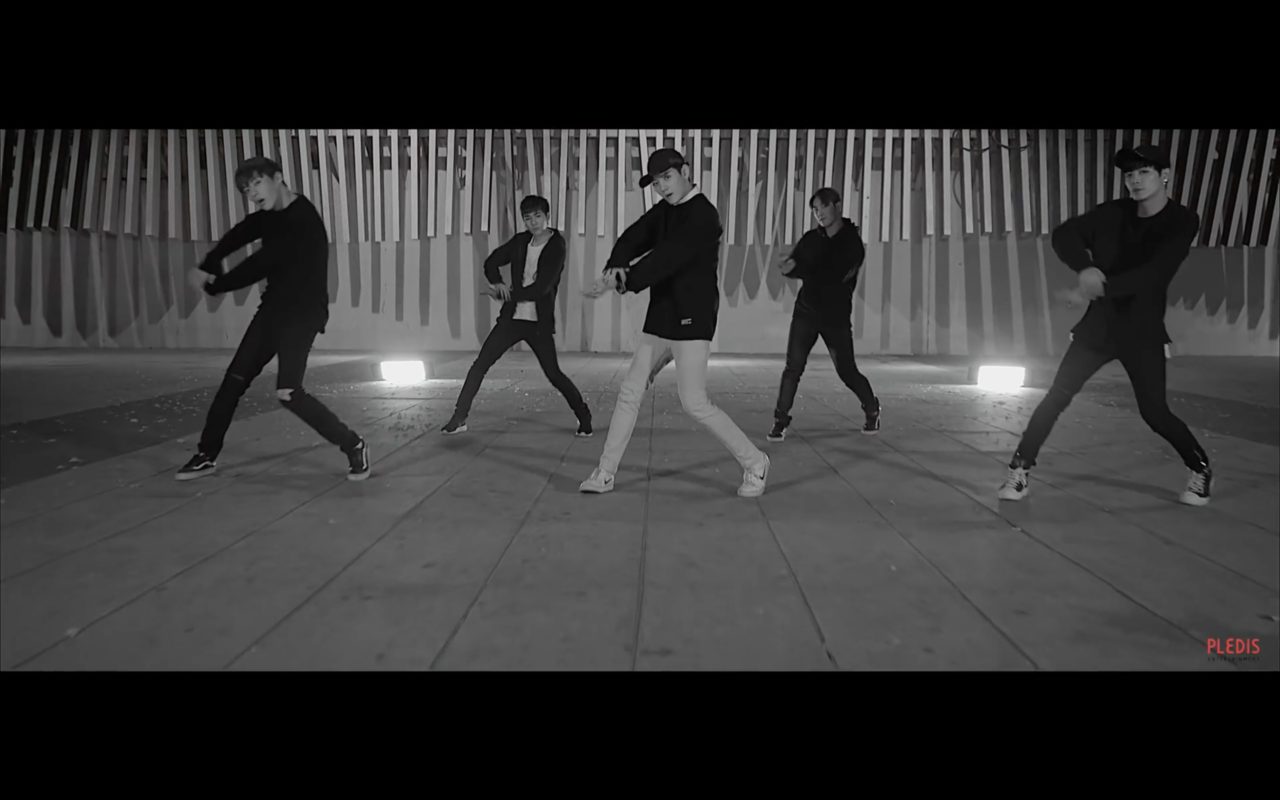 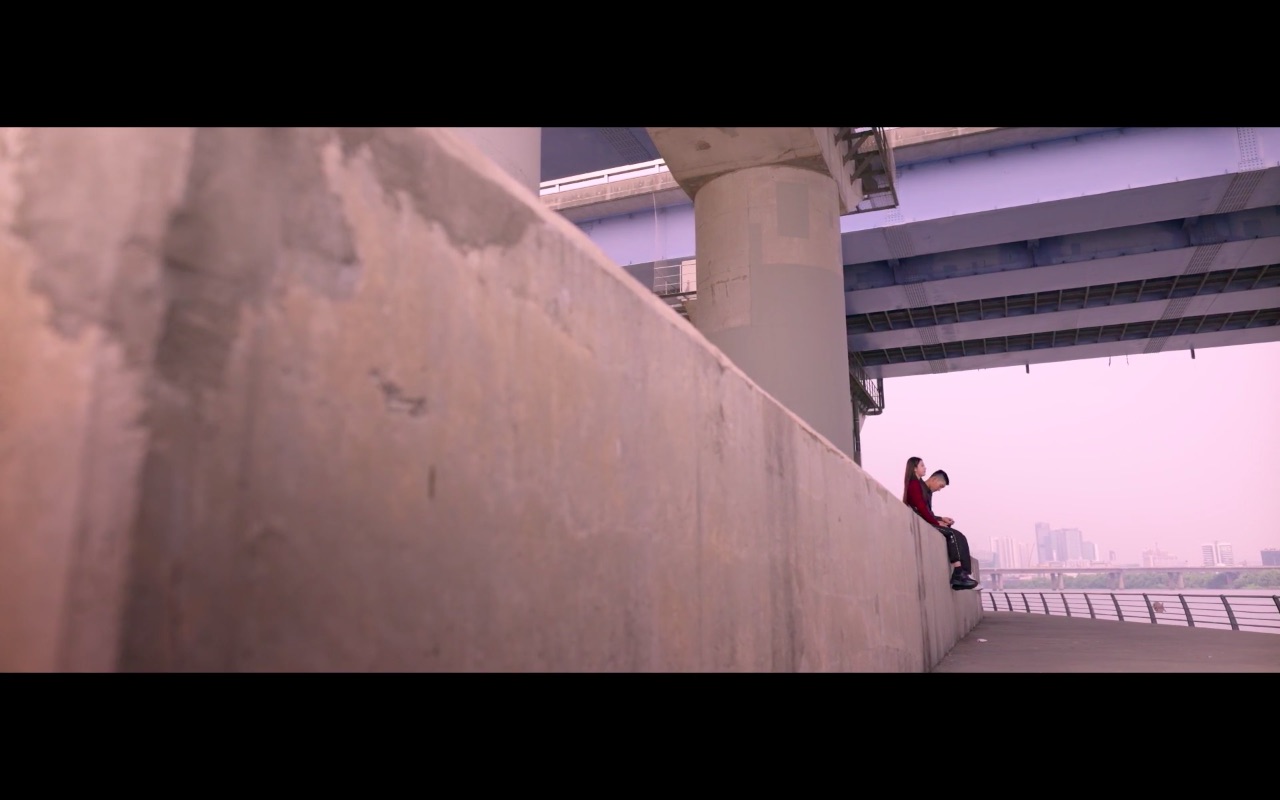 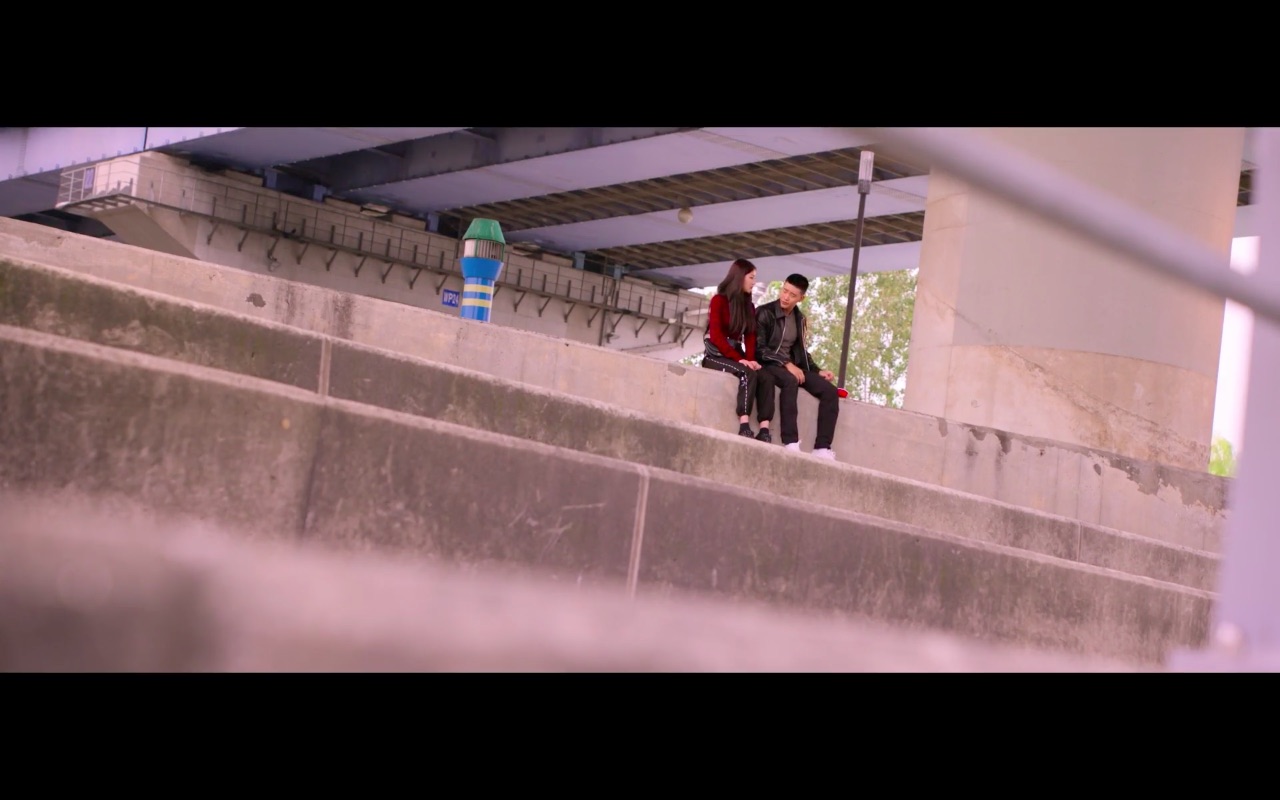 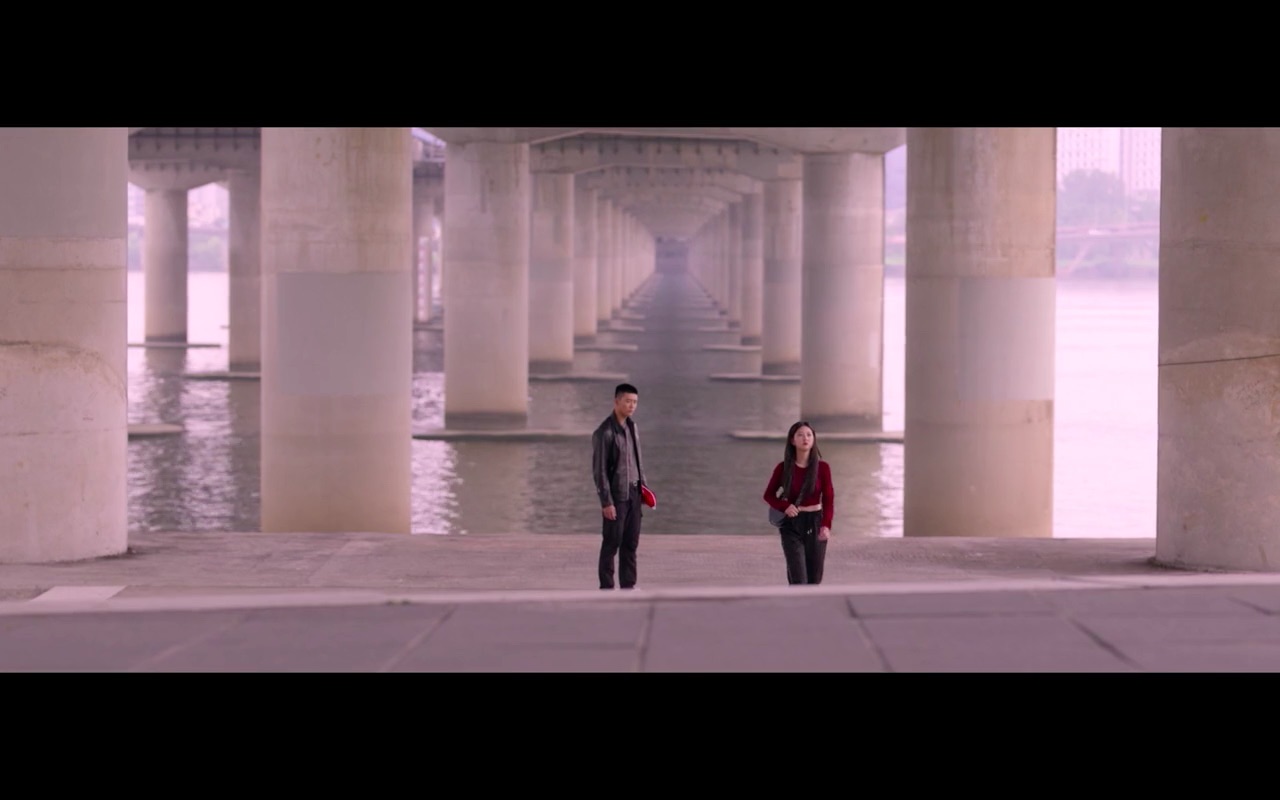 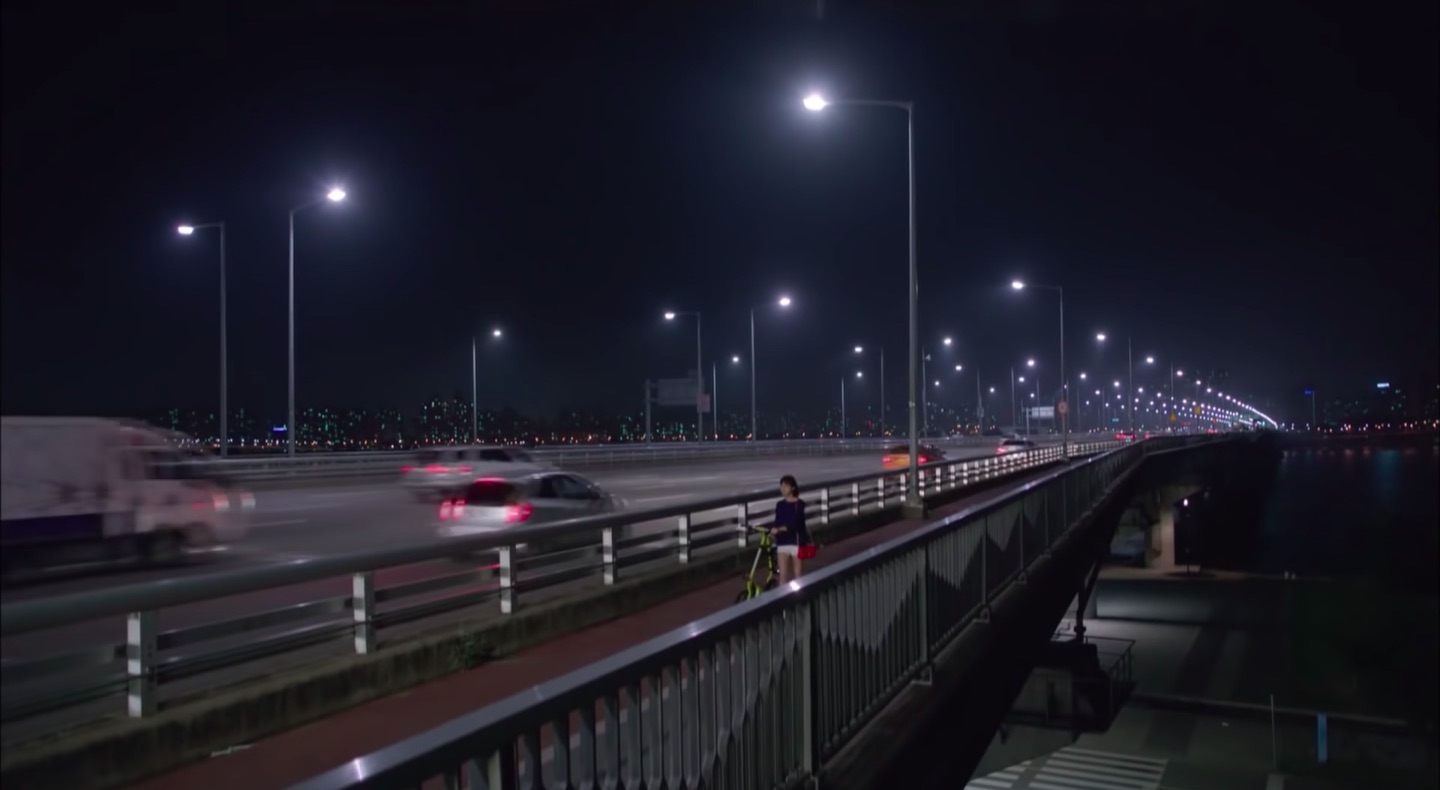 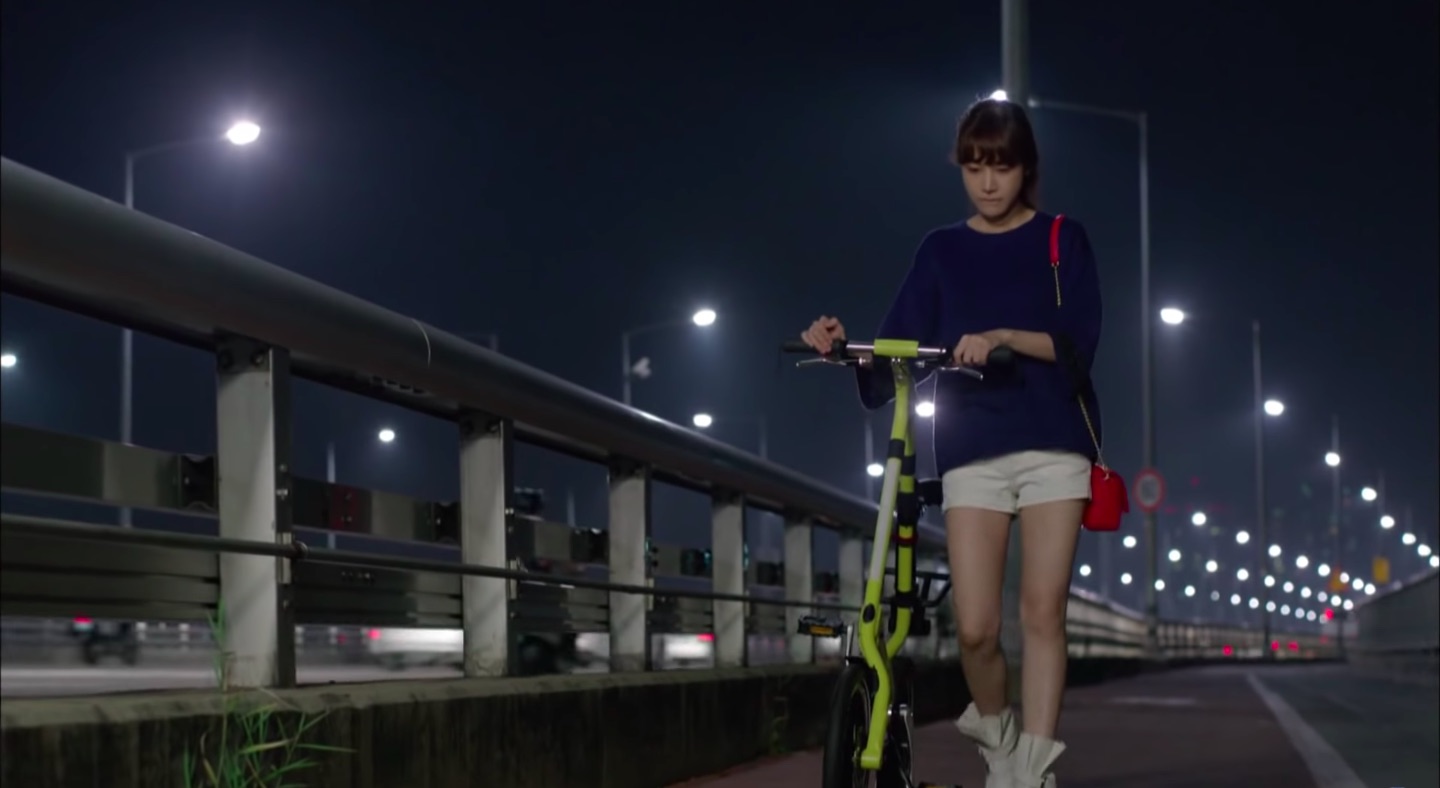 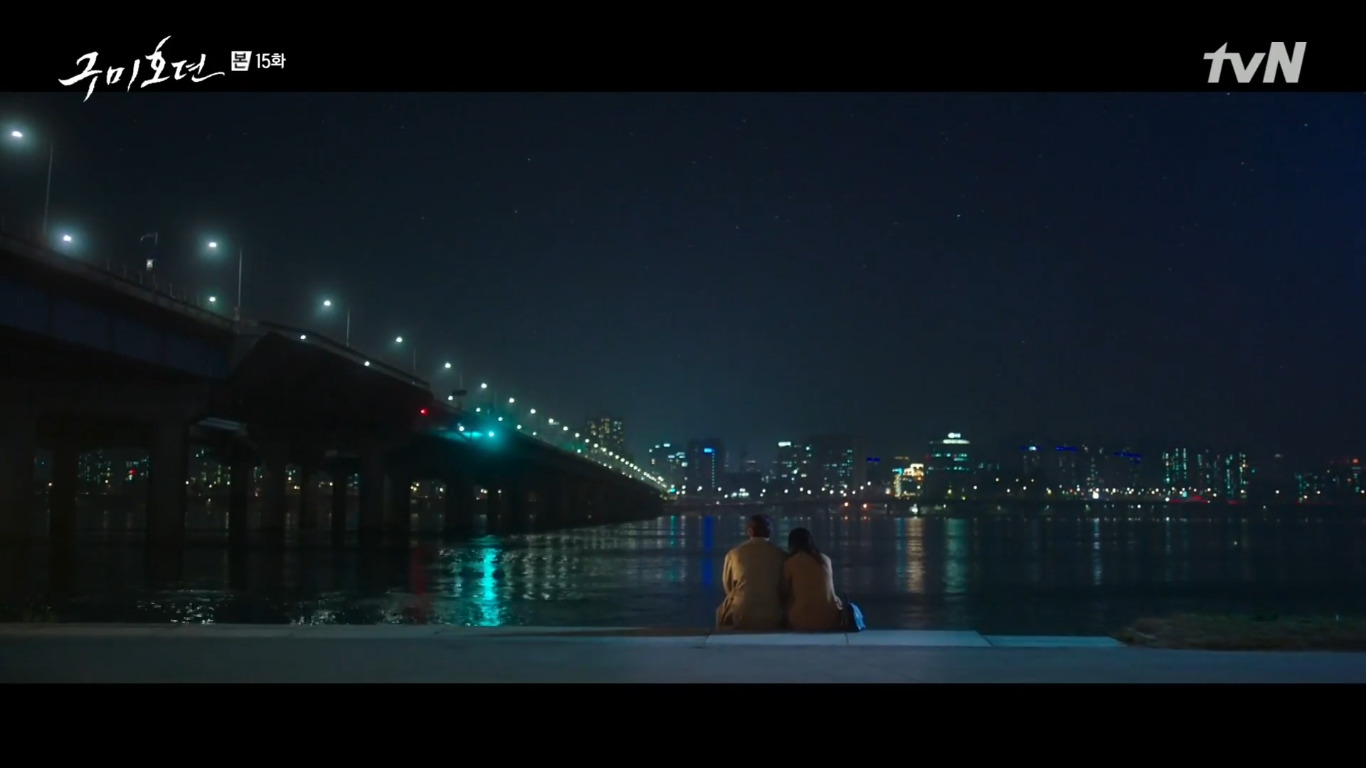 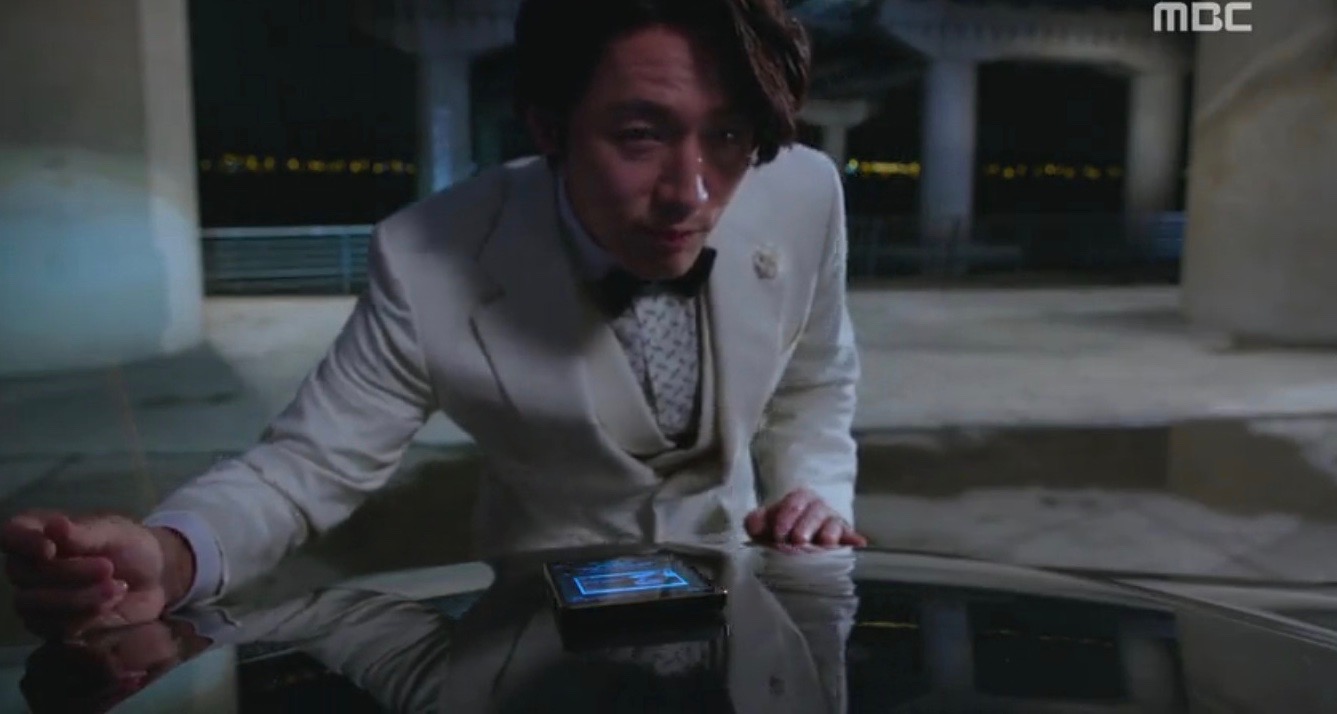 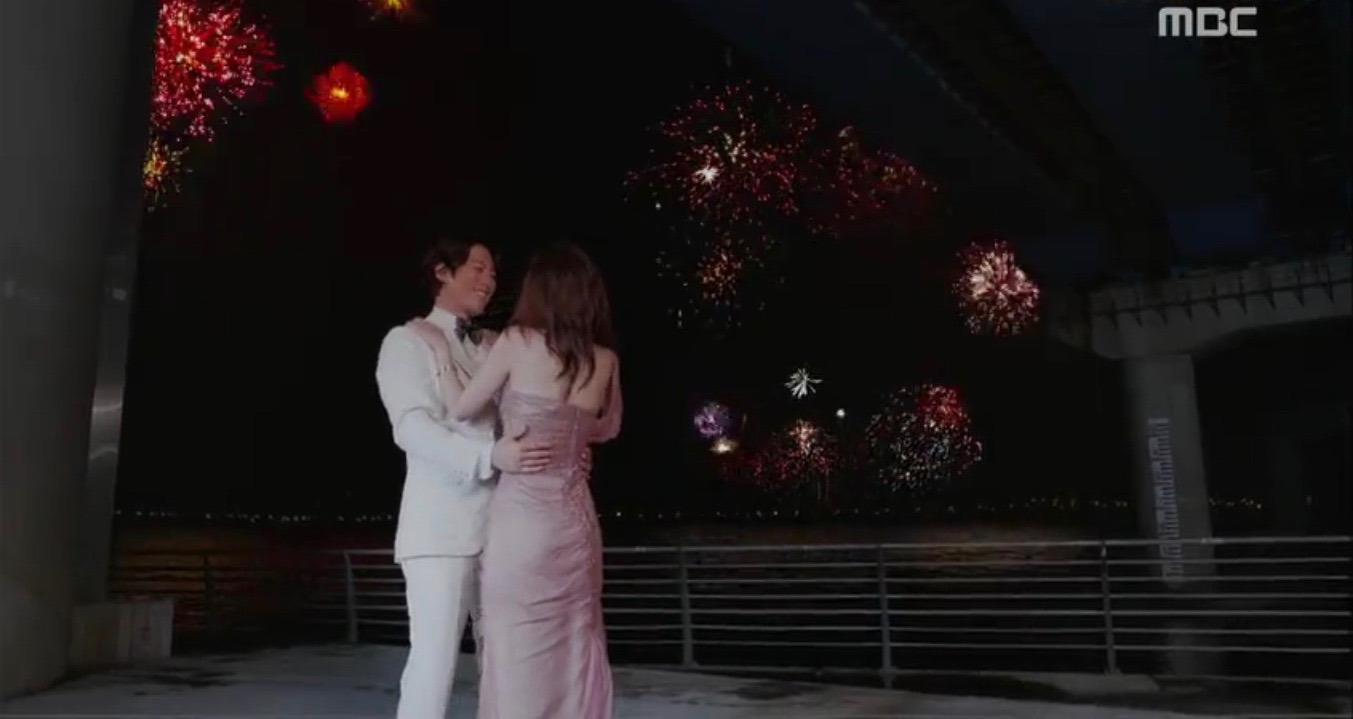 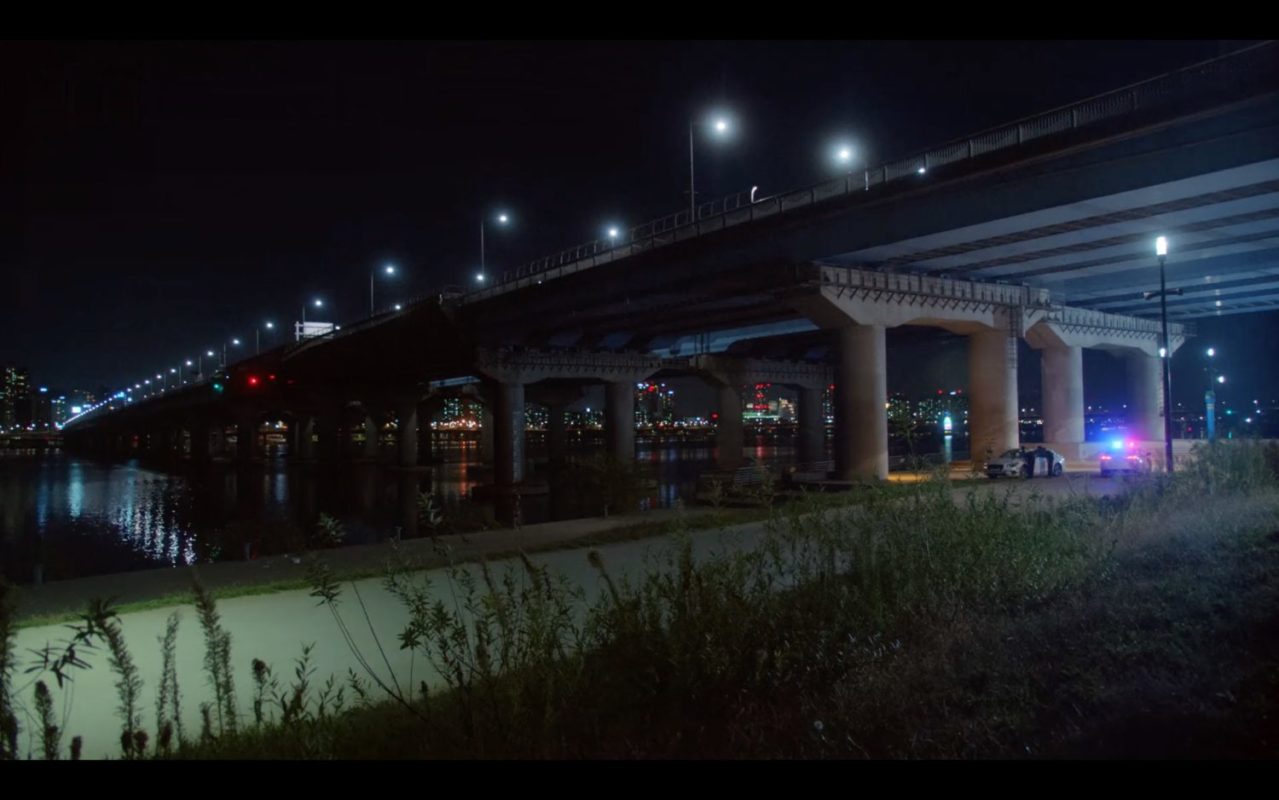 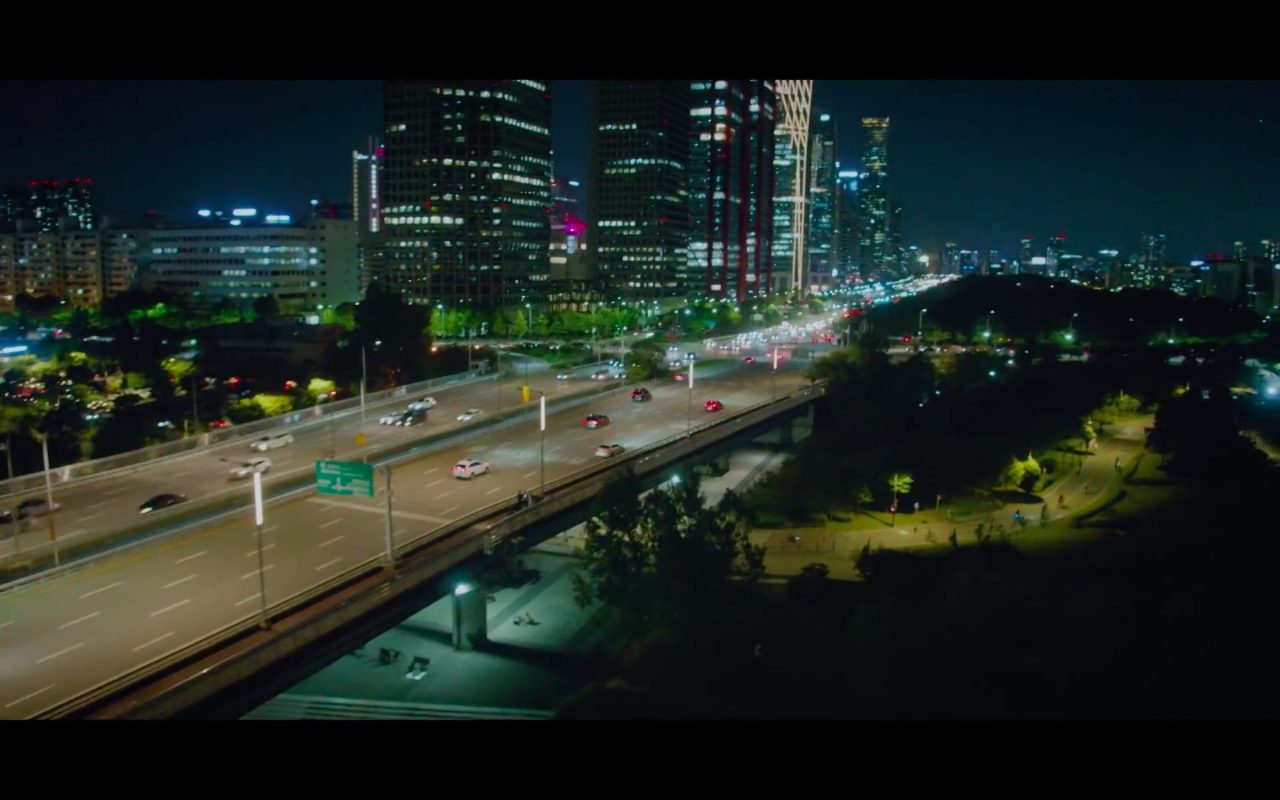 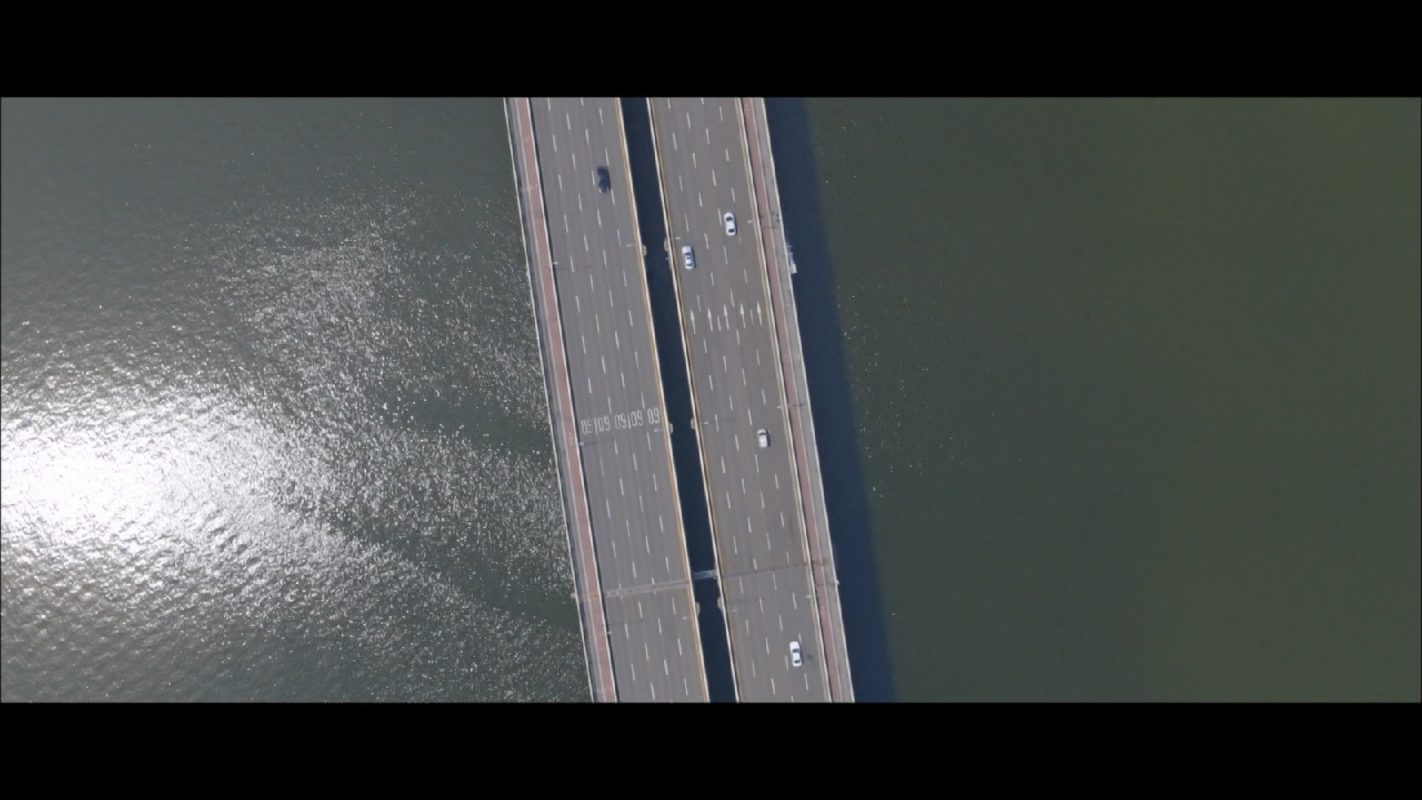 The police finds Oh In-hyung (Han Ji-an) unconscious in her car underneath this bridge in episode 10 of So I Married An Anti-Fan (그래서 나는 안티팬과 결혼했다) (Naver TV, 2021).

In Episode 15 of Tale of the Nine Tailed/Tale of The Nine-Tailed Fox (구미호뎐) (tvN, 2020), Lee Yeon (Lee Dong-wook) and Nam Ji-a (Jo Bo-ah) end their date sitting in the Hangang Park next to this bridge. They both make a wish for the final confrontation with the evil Imoogi to go in their favour, and pledge to wait for each other in subsequent lives, if anything goes wrong.

Roy Ryu (Kim Kwon) brings Go Na-byeol (Kim Sae-ron) under this bridge in episode 3 of Leverage (Rebeoriji: Sagijojakdan / 레버리지: 사기조작단) (TV Chosun, 2019) to help dress her wounds, after bailing her out of the police station.

Sexual harrassment victim Kang Ah-reum makes an SOS phone call on this bridge in ep 4 (full epsiode 2) of Partners for Justice 2/Investigation Couple 2 (검법남녀 2) (MBC, 2019), near a quote that says ‘가장 빛나는 순간은 아직 오지 않았다’ (Your brightest moment has yet to arrive), which is also seen by prosecutor Eun Sol (Jung Yoo-mi) on a post-it note in her room.

In episode 11 of Devilish Joy (마성의 기쁨) (MBN/Dramax, 2018), Gong Ma-sung (Choi Jin-hyuk) asks Kim Beom-soo to meet up here to ask him if they have met three years ago in Hainan after he vaguely remembers having seen him there; which Beom-soo denies. In episode 13, both of them meet up here again and now Ma-sung is convinced that he has seen Beom-soo.

Seo Jong-gil (Yu Oh-seong) meets with his lackey underneath this bridge to get information in episode 17 of Are You Human?/Are You Human Too (너도 인간이니?) (KBS2, 2018) and they decide that Kang So-bong (Gong Seung-yeon) — who’s supposed to be Jong-gil’s informant — is definitely hiding something from them.

This is where Shin Joon-young (Kim Woo-bin) meets Yoon Jung-eun (Lim Ju-eun) to tell her to stay away from him in episode 17 of Uncontrollably Fond (함부로 애틋하게) (KBS2, 2016).

Ahn Ah-rim (Yoon Jin-yi) walks along this bridge with her bike in episode 8 of Discovery of Love/Discovery of Romance (연애의 발견) (KBS2, 2014).

After a disastrous turn of events at a Cultural Arts Fundraiser, Mi-young (Jang Na-ra) is saved by her husband Gun (Jang Hyuk), who whisks her away to the park beneath this bridge in episode 8 of Fated to Love You/You Are My Destiny (운명처럼 널 사랑해) (MBC, 2014). Gun turns on some romantic music and they dance in the headlights, to a fireworks display arranged by an overcome Manager Tak.

It is in episode 16 of City Hunter (시티헌터) (SBS, 2011), that both Lee Yun-seong (Lee Min-ho) and Kim Na-na (Park Min-young) come to the Seoul Color Park [서울 색공원] underneath this bridge independently to reminiscent their time together and he let’s her know that they will never be together again.

Han Chang-ryeol (Kim Ji-suk) asks Jeon Jin-ho (Lee Min-ho) to meet up here underneath the bridge in episode 10 of Personal Taste /Personal Preference (개인의 취향) (MBC, 2010). It is here that he asks Jin-ho to move out of Park Kae-in’s (Son Ye-jin’s) house.

Mapo Bridge [마포대교/麻浦大橋], completed in 1970, is a 1,400m long 10-lane bridge and one of the 27 bridges that cross the Han River in Seoul. It connects Seoul’s neighborhoods Yeouido [Yeouido-dong/여의동] in the Yeongdeungpo District [Yeongdeungpo-gu/영등포구] and Dohwa [Dohwa-dong/도화동], in the Mapo District [Mapo-gu/마포구]. A unique feature of this bridge are positive quotes that were put in place in 2013 as part of a ‘Bridge of Life‘ campaign, in an attempt to lower suicide rates. (Note: If you are in distress and require a listening ear, please find a hotline on this international resource list. — Mich KDL)

Another feature of this bridge is the Seoul Color Park [서울 색공원] —a wave-shaped sculpture painted in 10 different colors representing Seoul— underneath this bridge at the Yeoudio Hangang Park. The grey stands for the traditional roof tiles (giwa or gaewa), the red used traditionally to paint wooden buildings (dancheong/단청) and representing ‘south’, the green represents Namsan Mountain and the orange flowers. The other 6 colors in this park are light gray, beige, blue, yellow, brown and white.