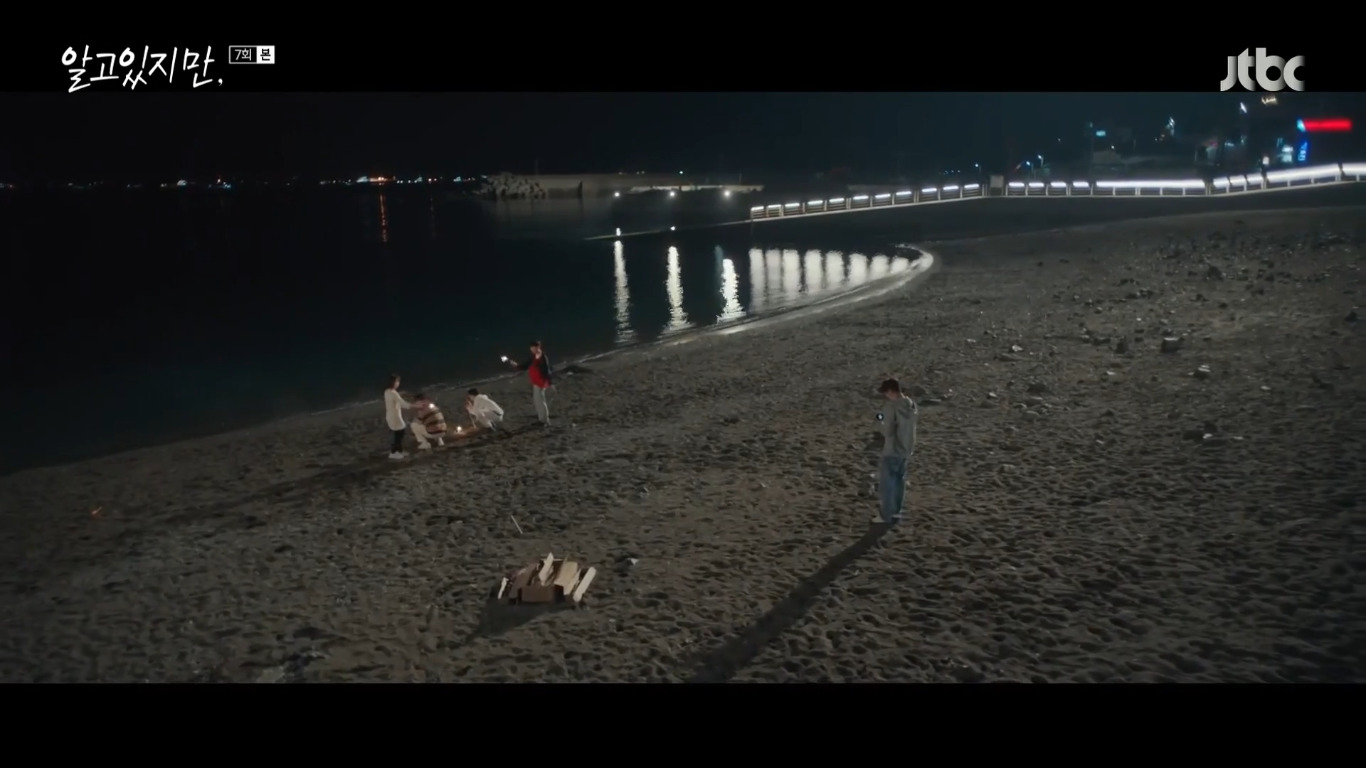 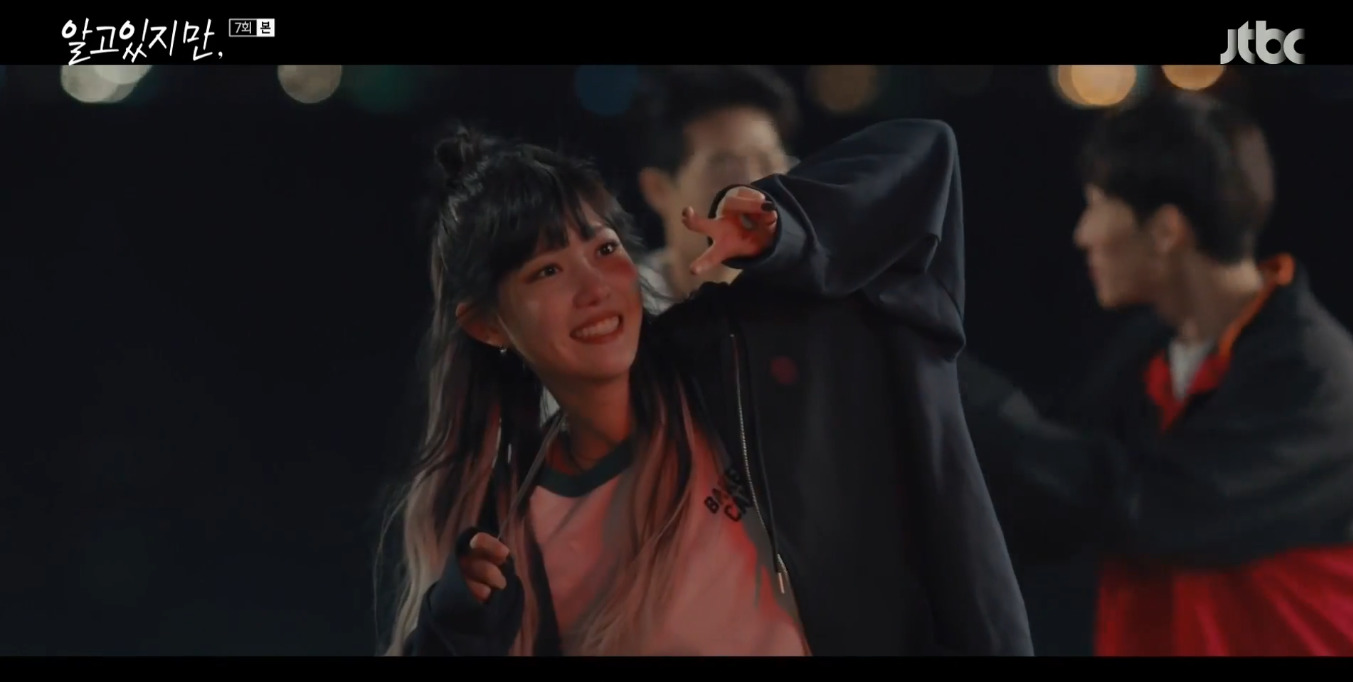 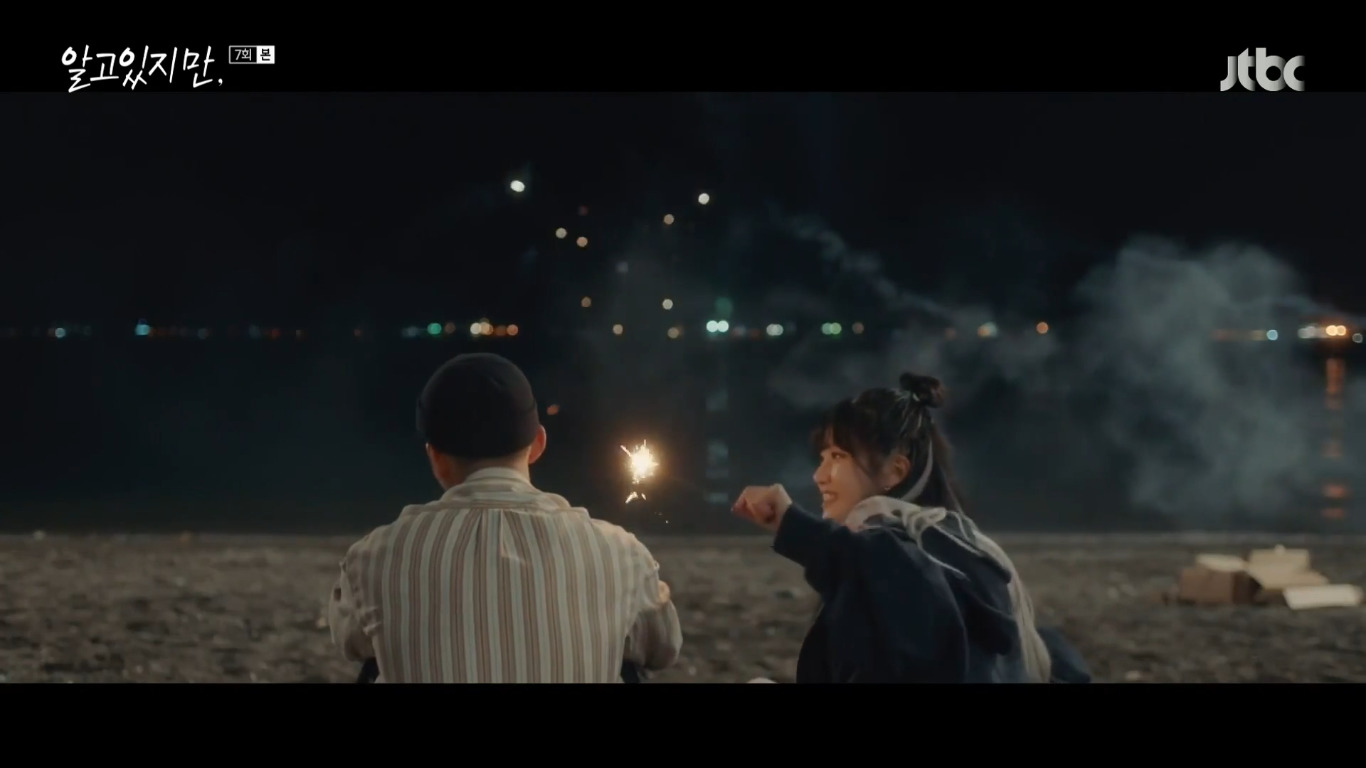 In episode 7 of Nevertheless/I Know But (알고있지만) (JTBC/Netflix, 2021) the university friends go to the beach to play with fireworks after their drinking games at the guesthouse, while Yang Do Hyuk (Chae Jong-hyup) takes photos of their antics. Nam Kyu-hyun (Kim Min-gwi) sits out, annoyed at how Oh Bit-na (Yang Hye-ji) has been teasing and gossiping about their friends, and how badly she treats him.
[SPOILER] He then breaks up with her and walks away.

Manseong-ri Black Sand Beach [만성리검은모래해변] is a 540 meter-long, 25 meter-wide beach located on South Korea’s east coast in Yeosu’s neighborhood Manheung [Manheung-dong/만흥동]; 3 km north of Yeosu’s city center. The beach features coarse, black sand which is said to be beneficial in removing toxins from the body and assisting with overall circulation.

A sand-bathing festival is held when the sand is at its warmest, also known as when the “black sand opens its eyes” (검은 모래 눈 뜨는 날). This usually takes place on April 20th, based on the lunar calendar; per the solar calendar, the actual date typically falls either in end May/early June. Unfortunately, a lot of the beach now consists mostly of small pebbles, with the remaining (quality) black sand is only accessible at low tide. The shortage of the famous sand has been blamed on tourists taking it for sand bathing at home!