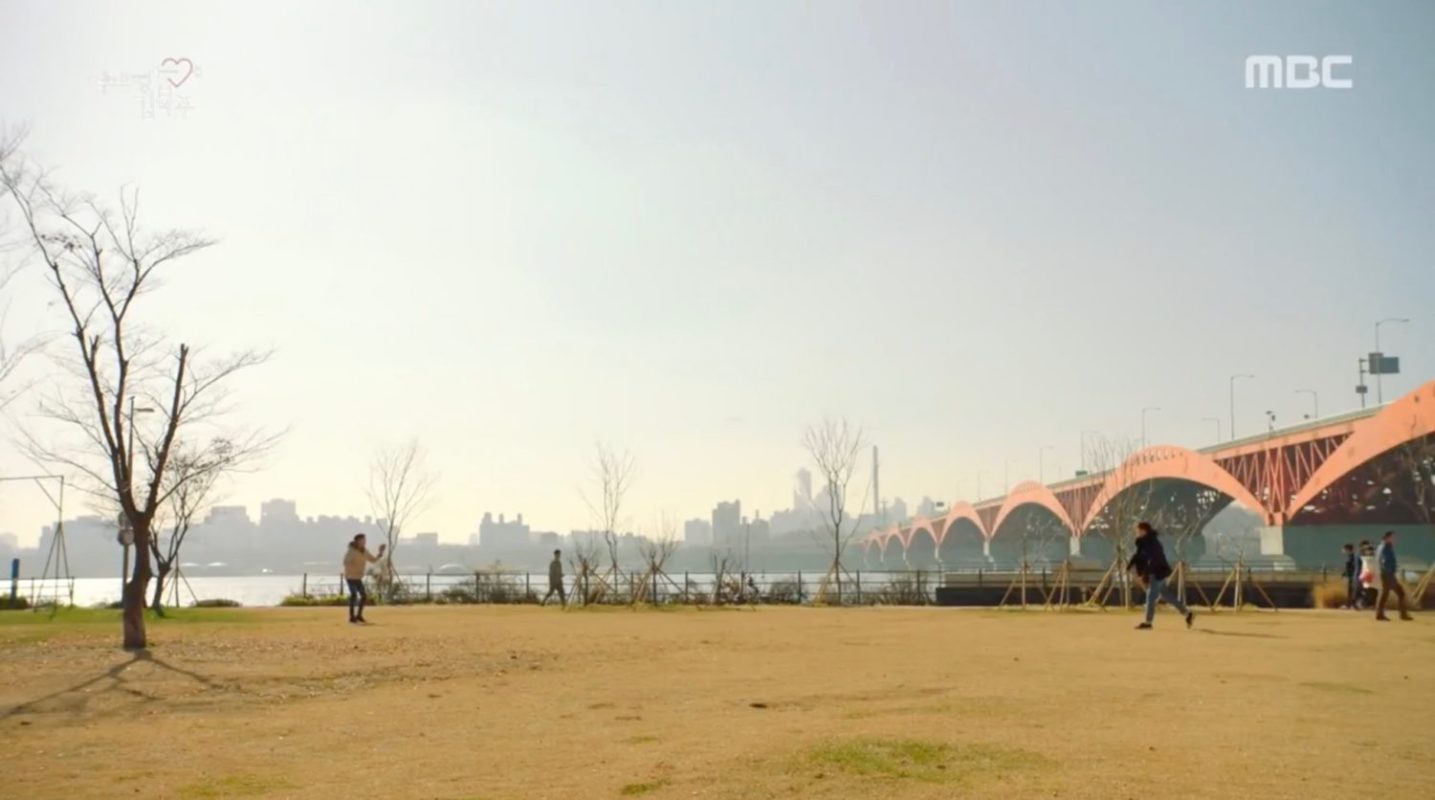 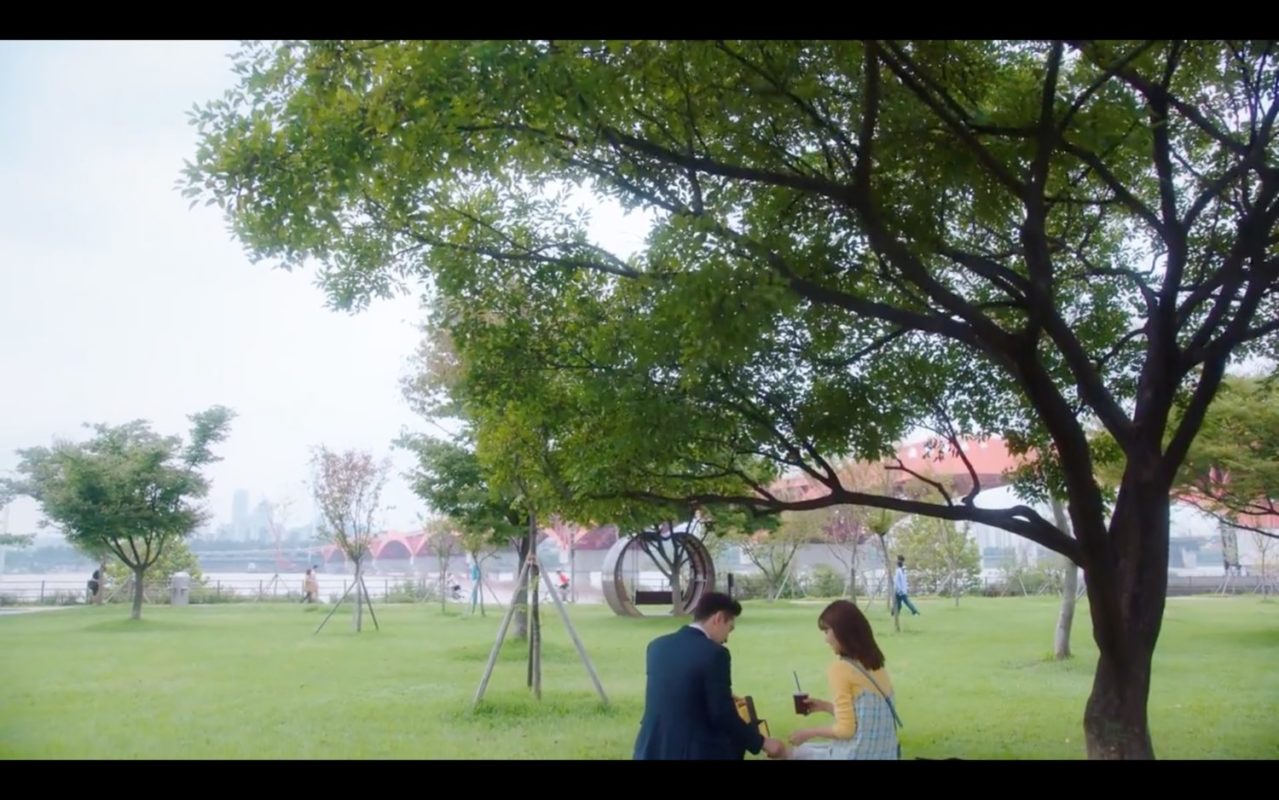 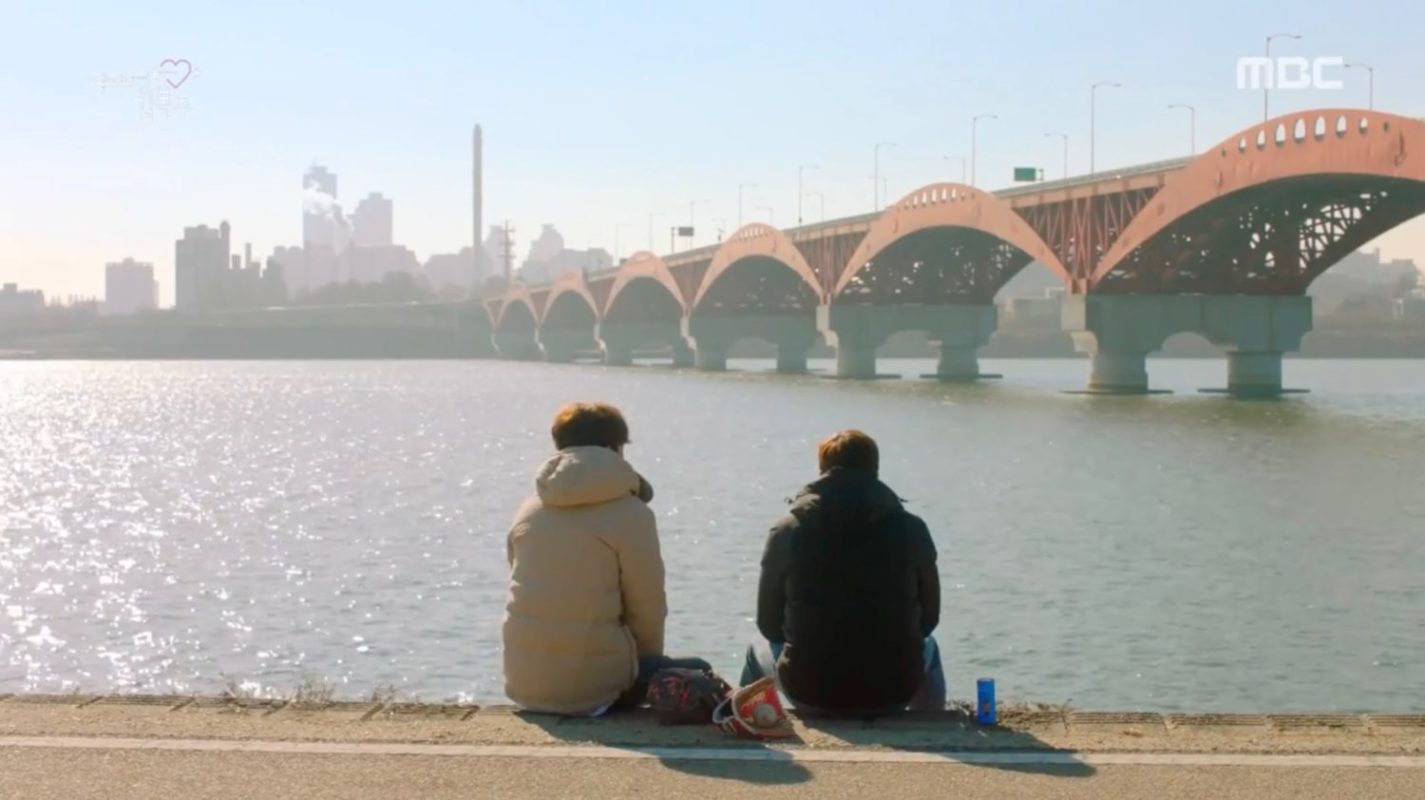 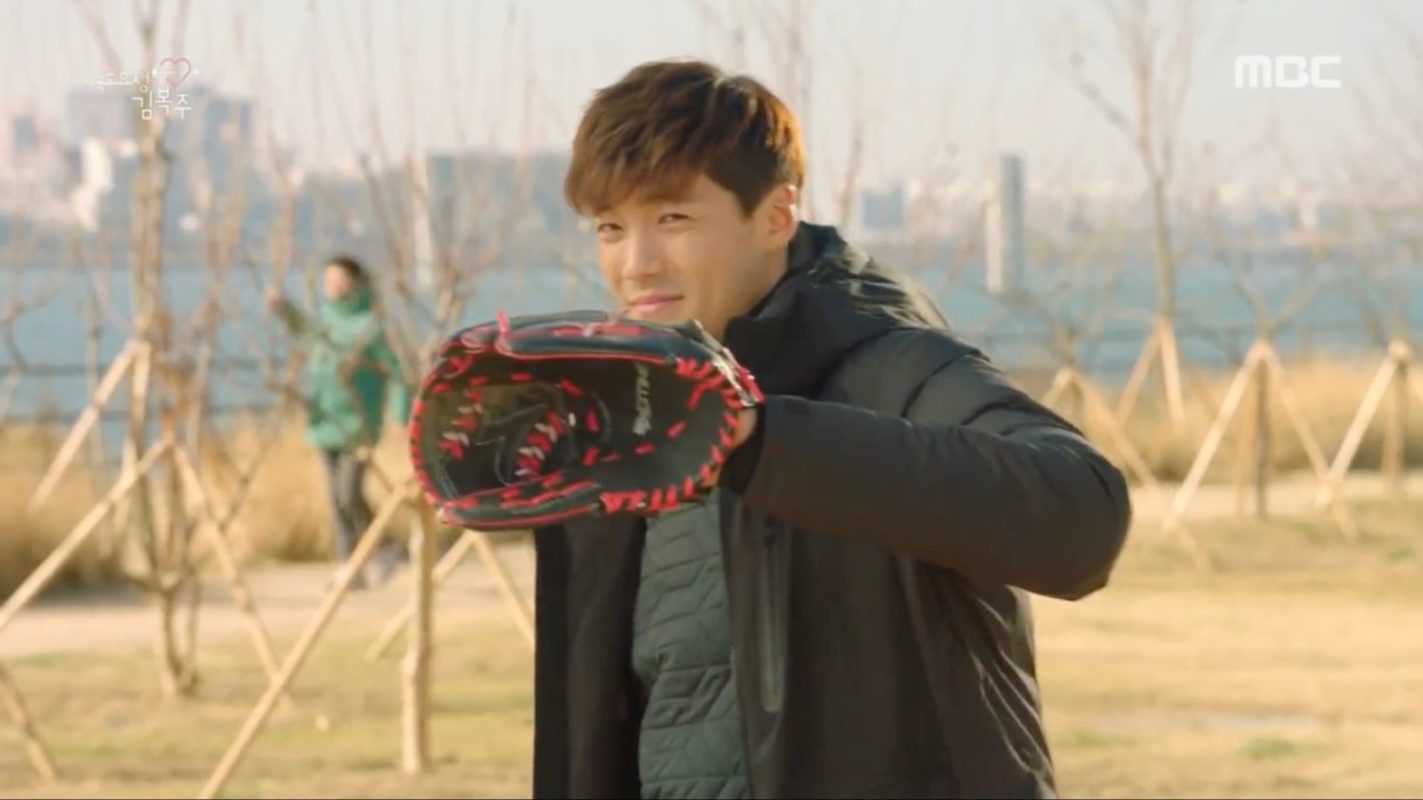 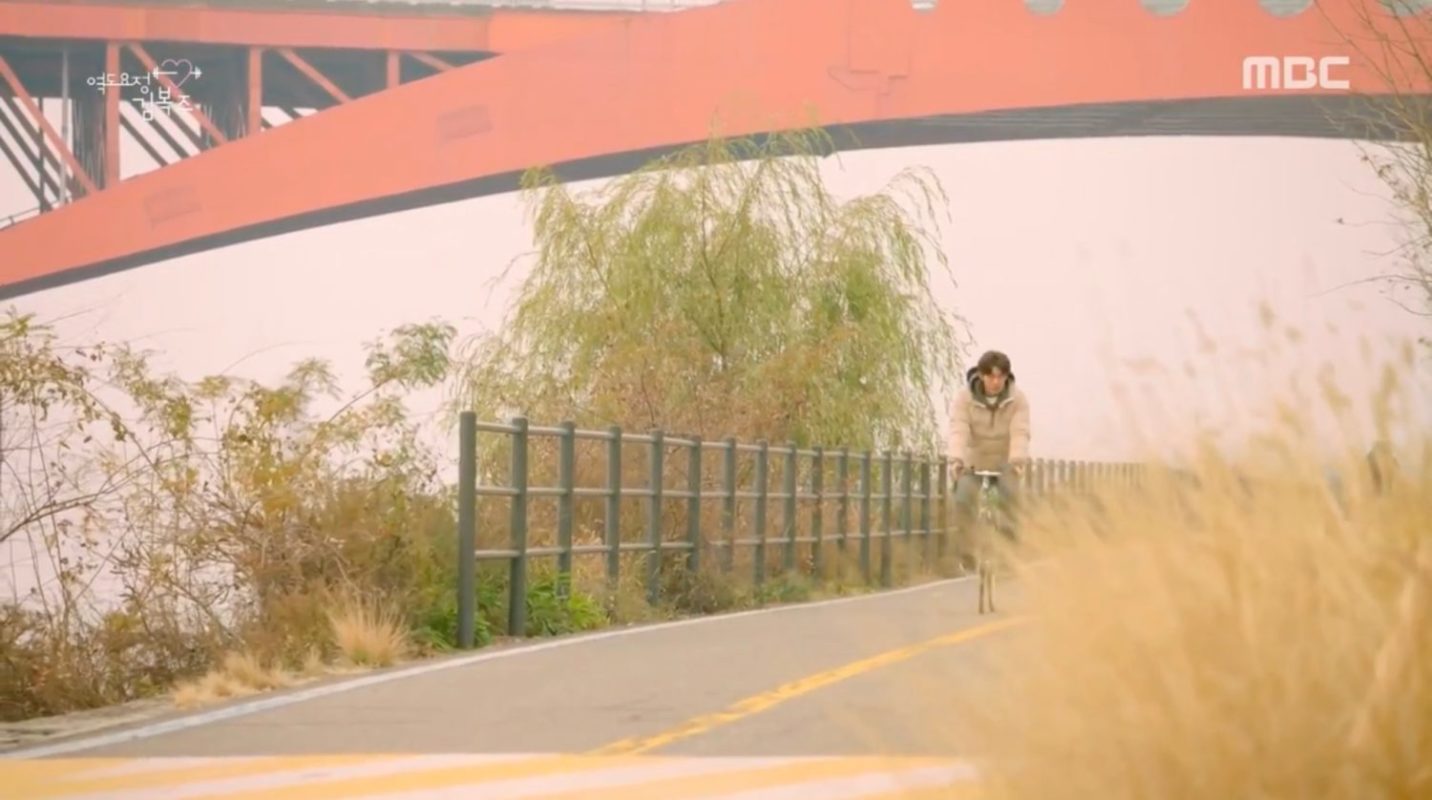 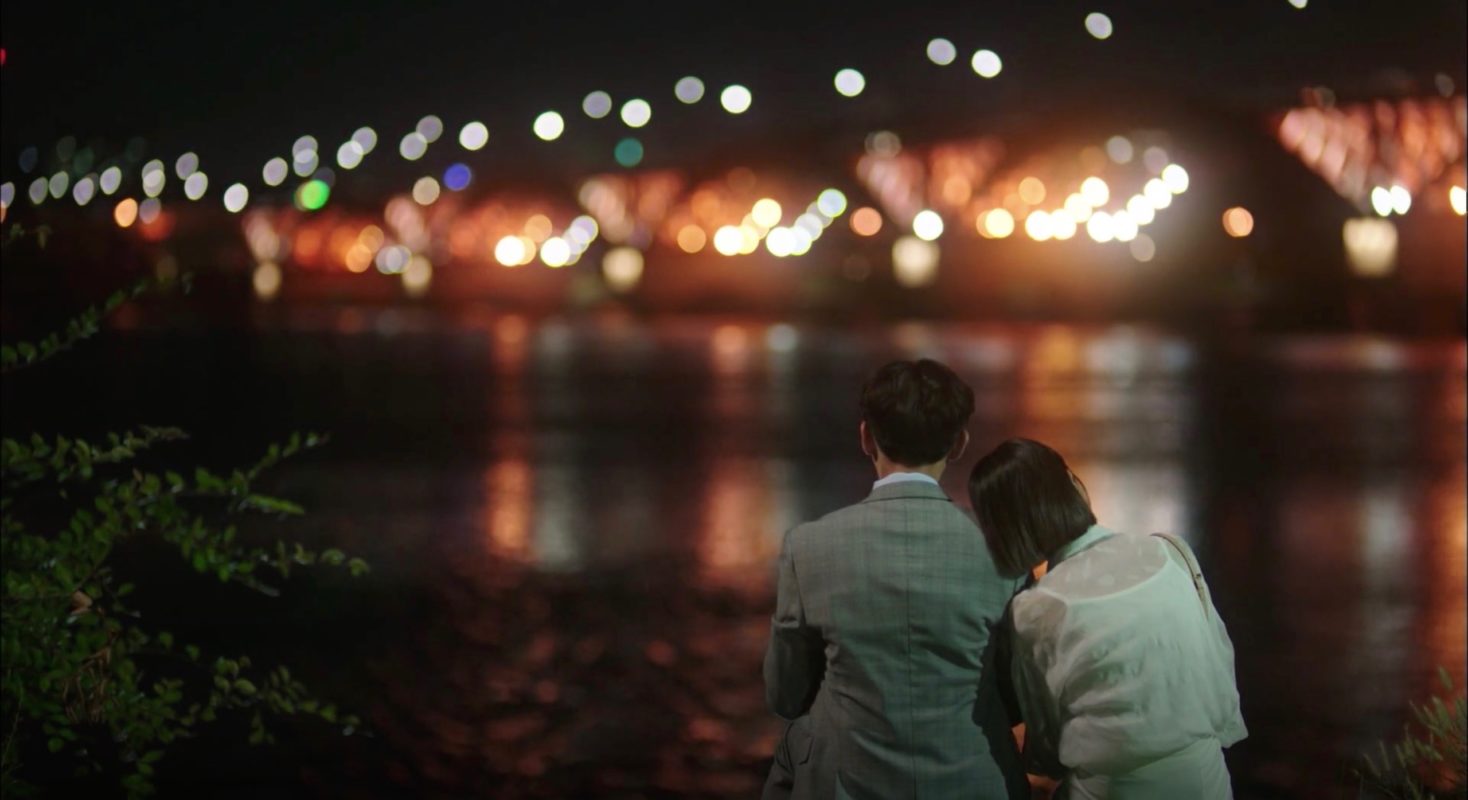 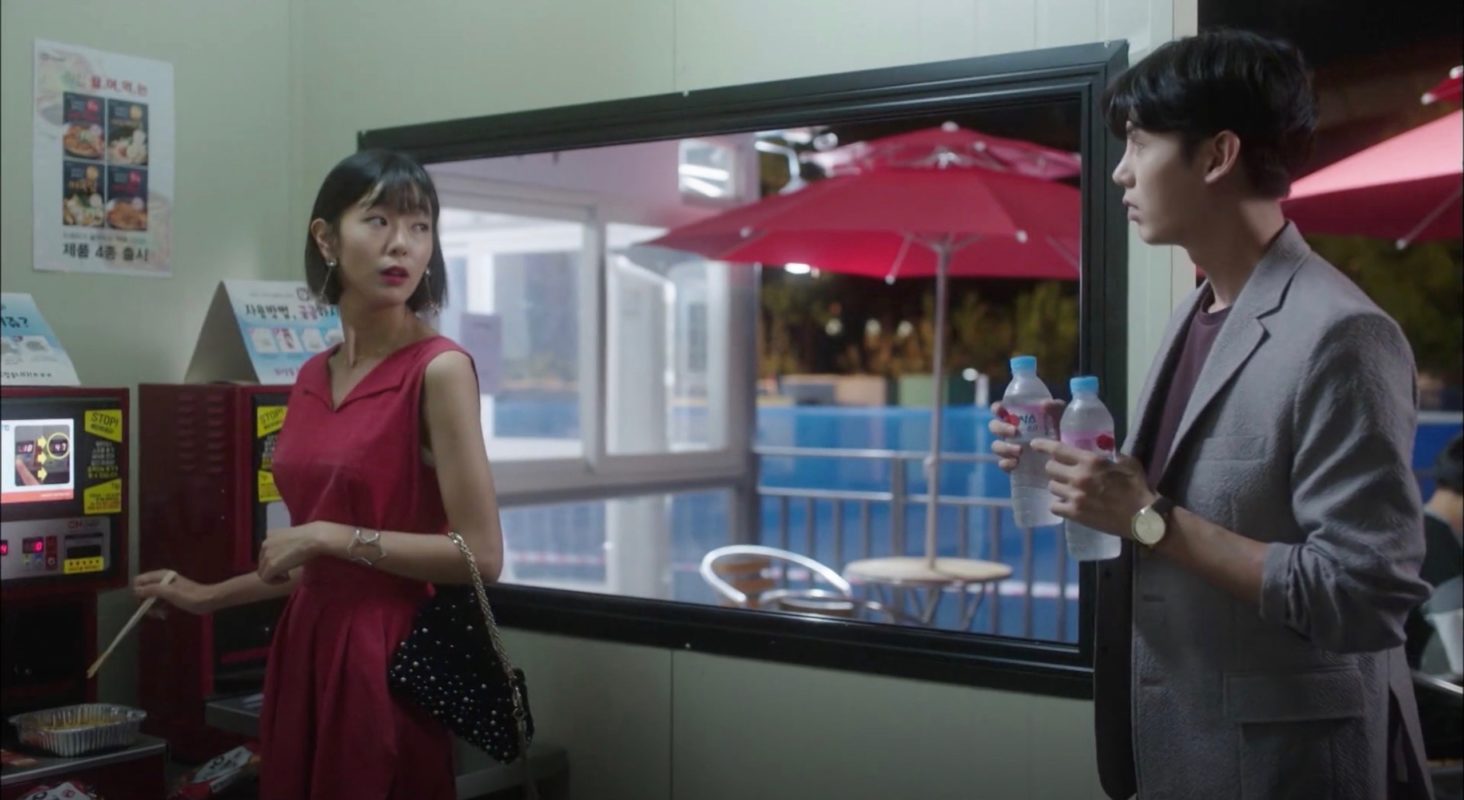 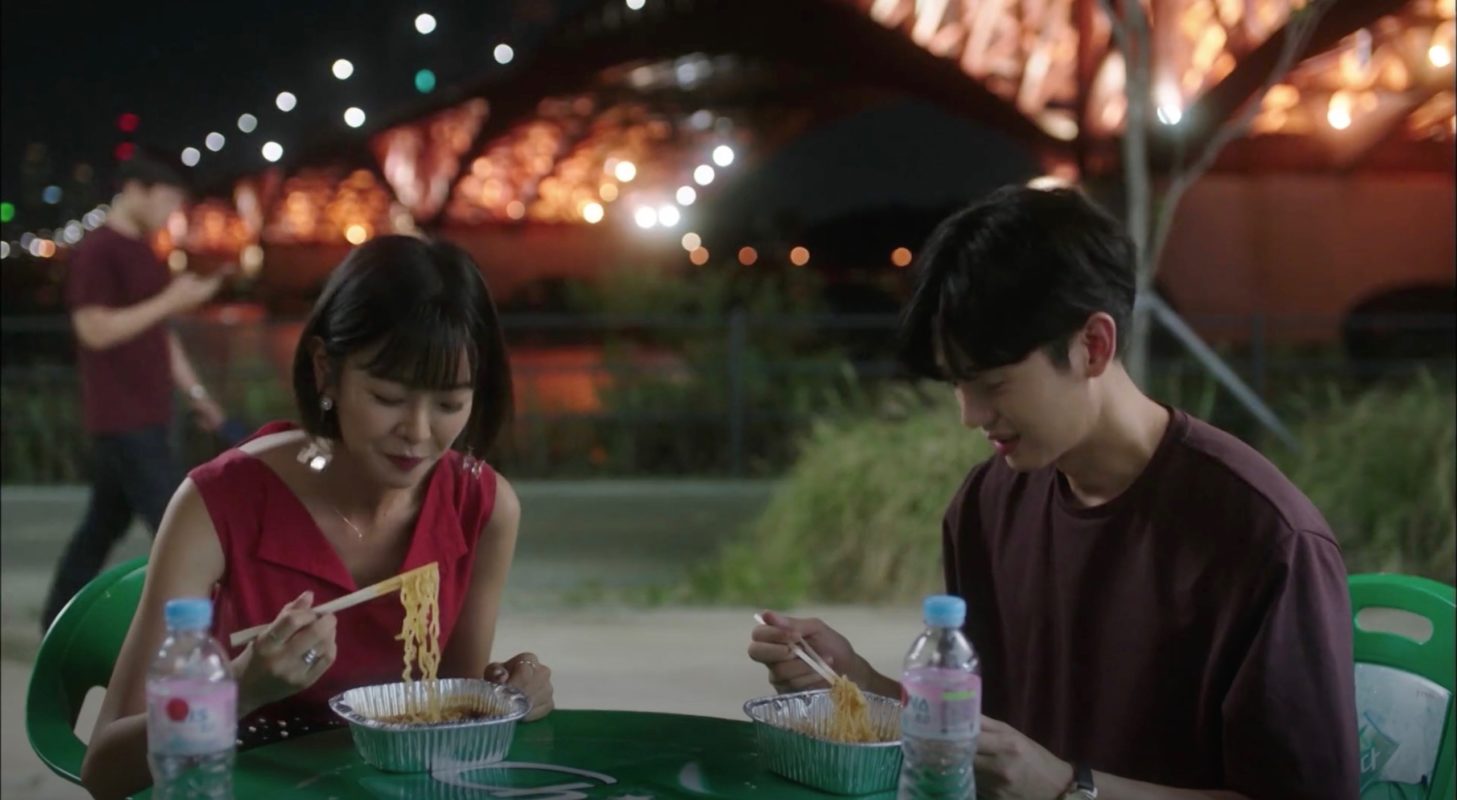 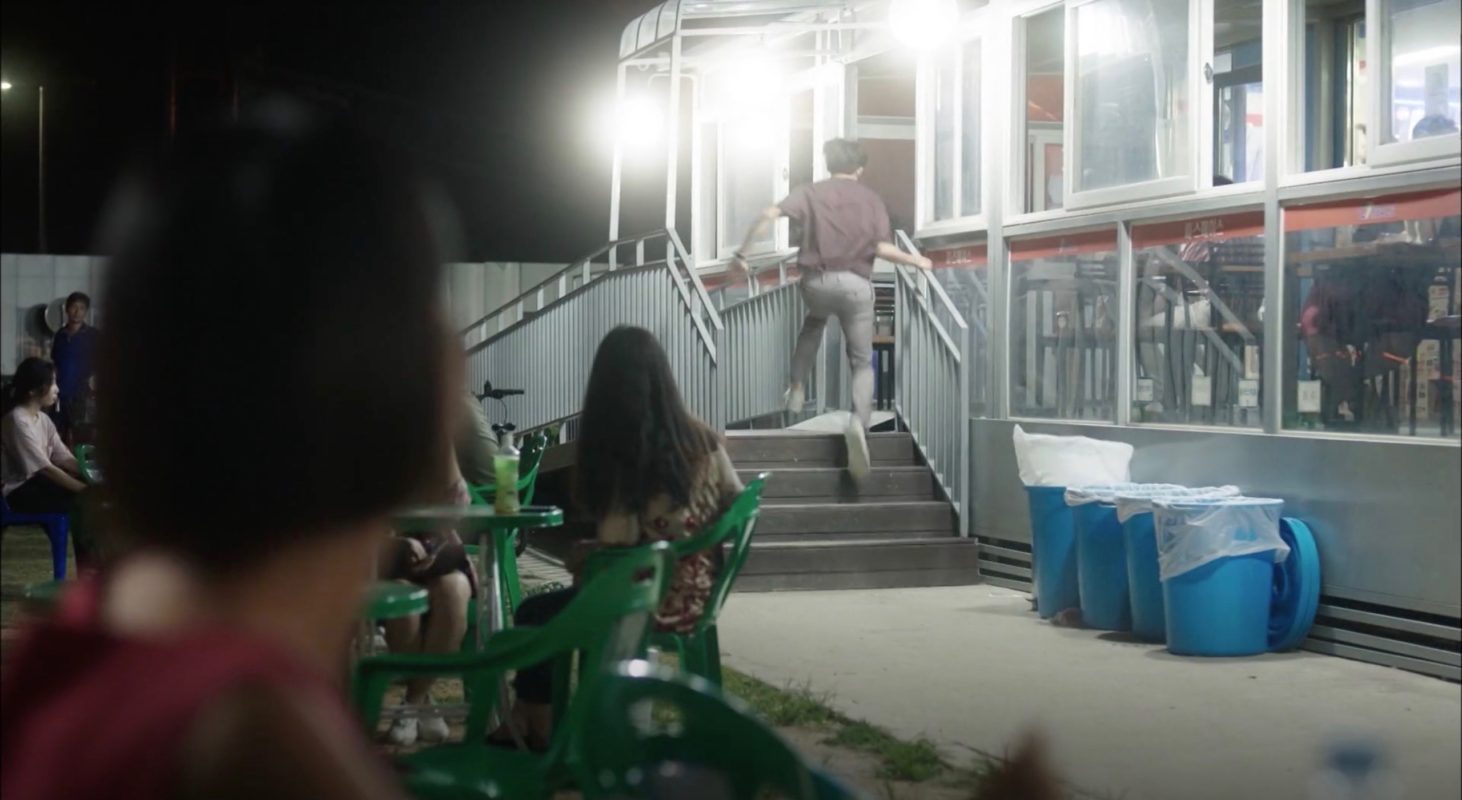 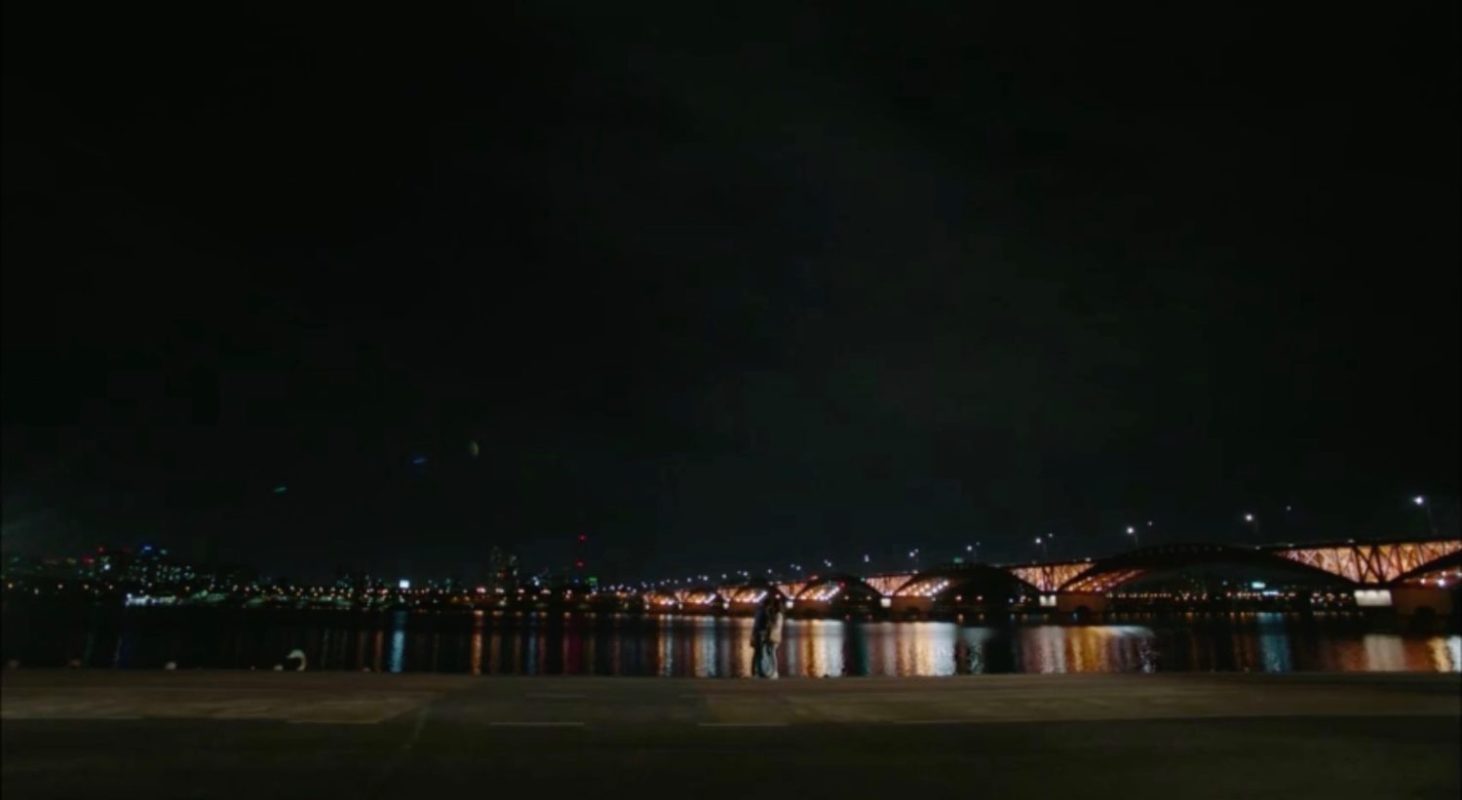 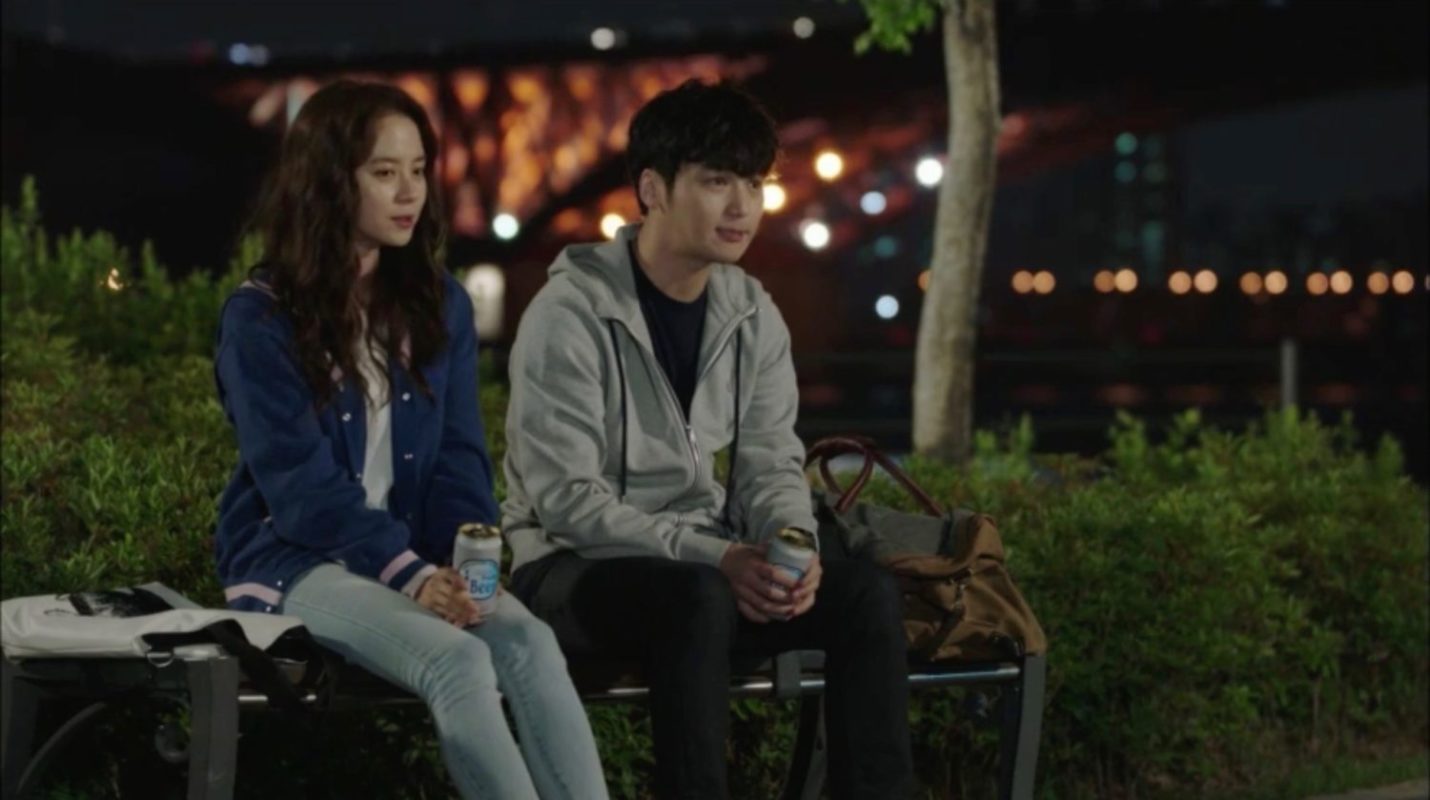 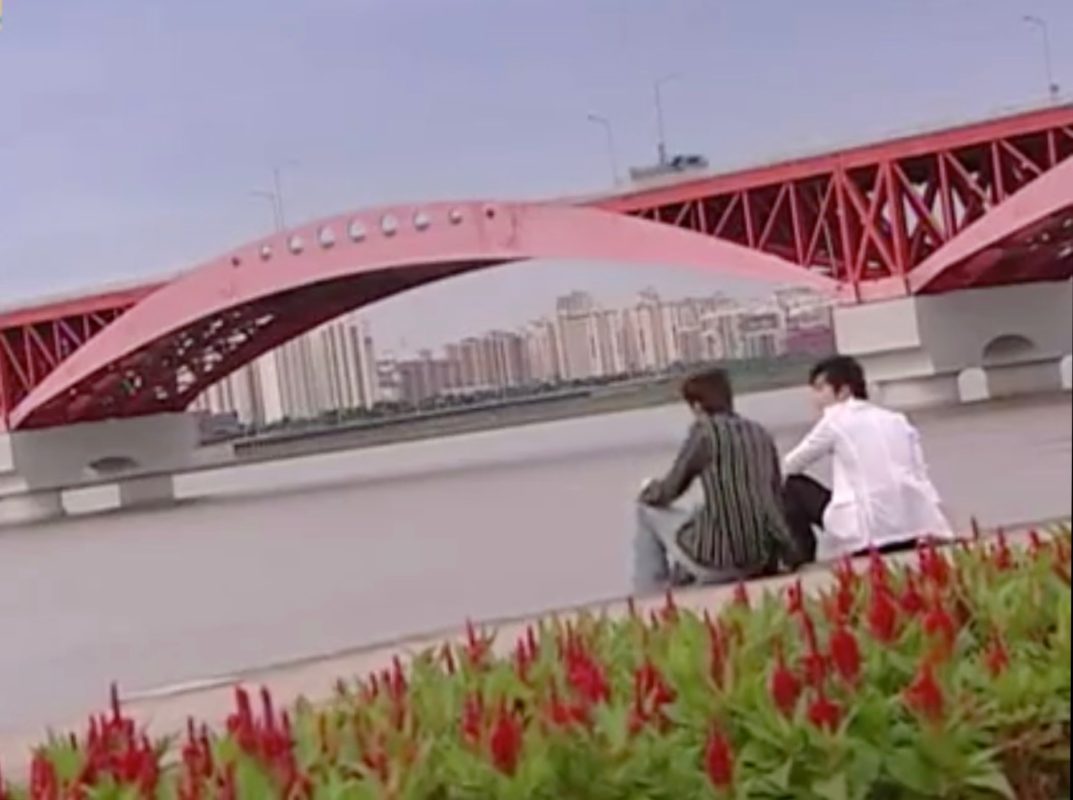 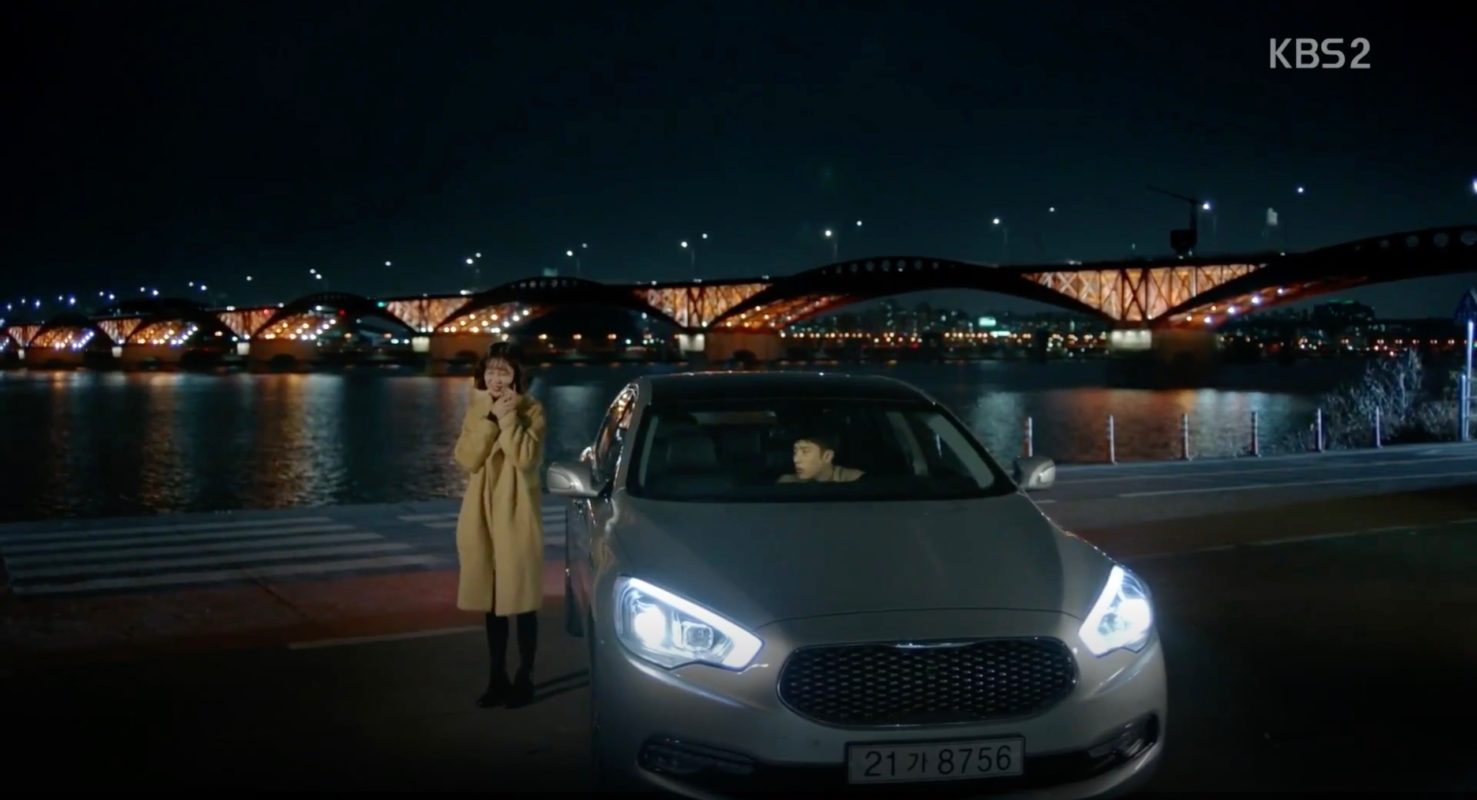 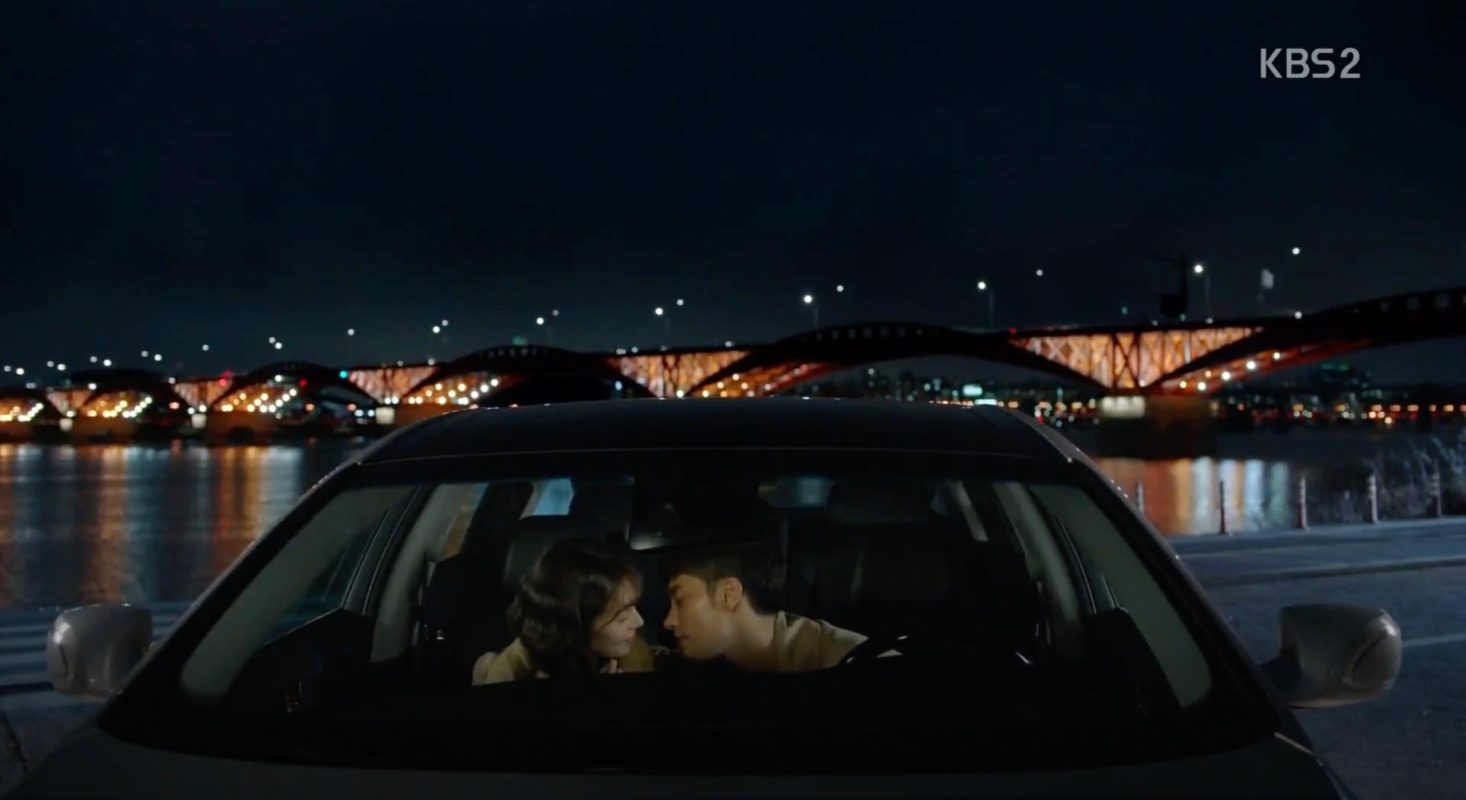 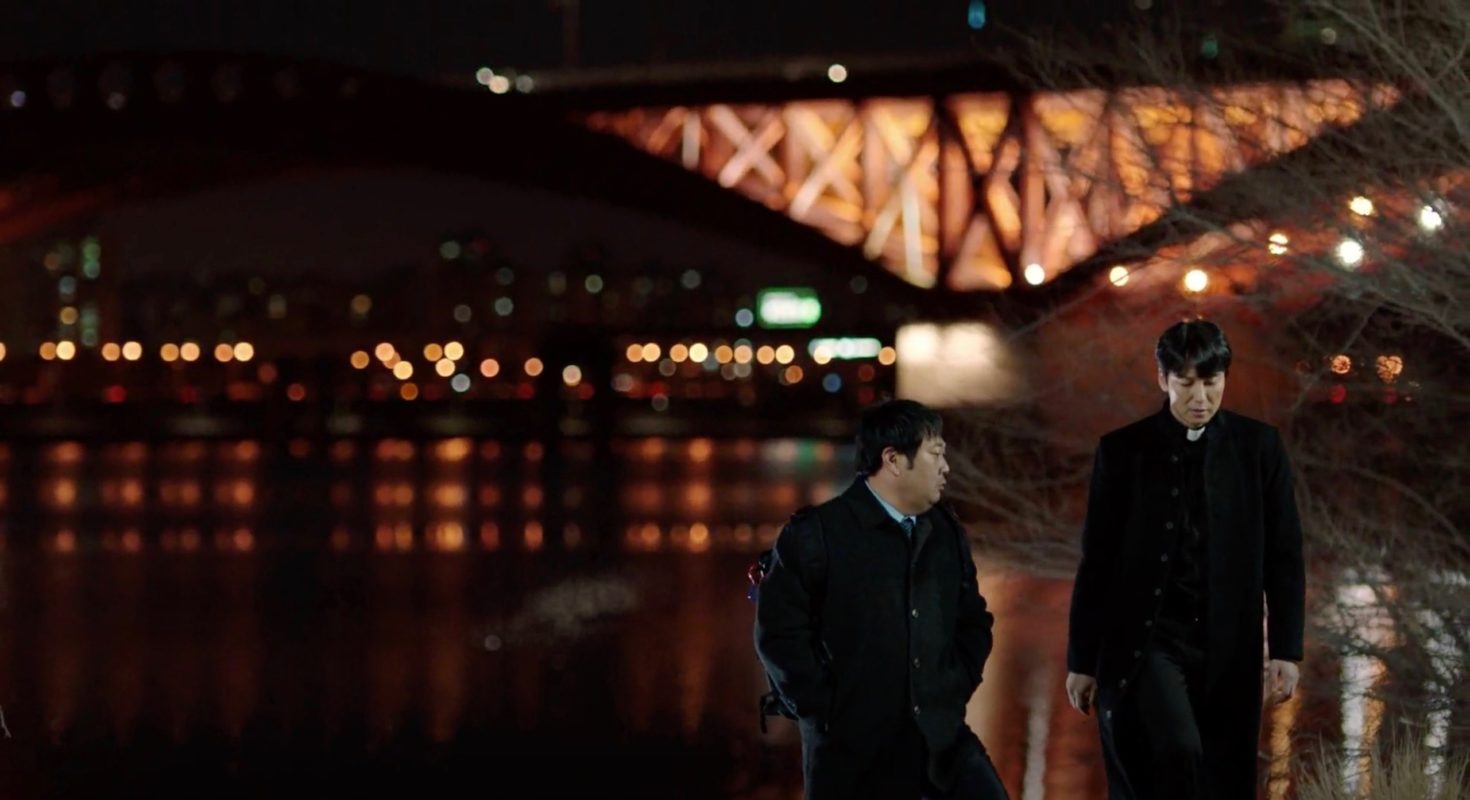 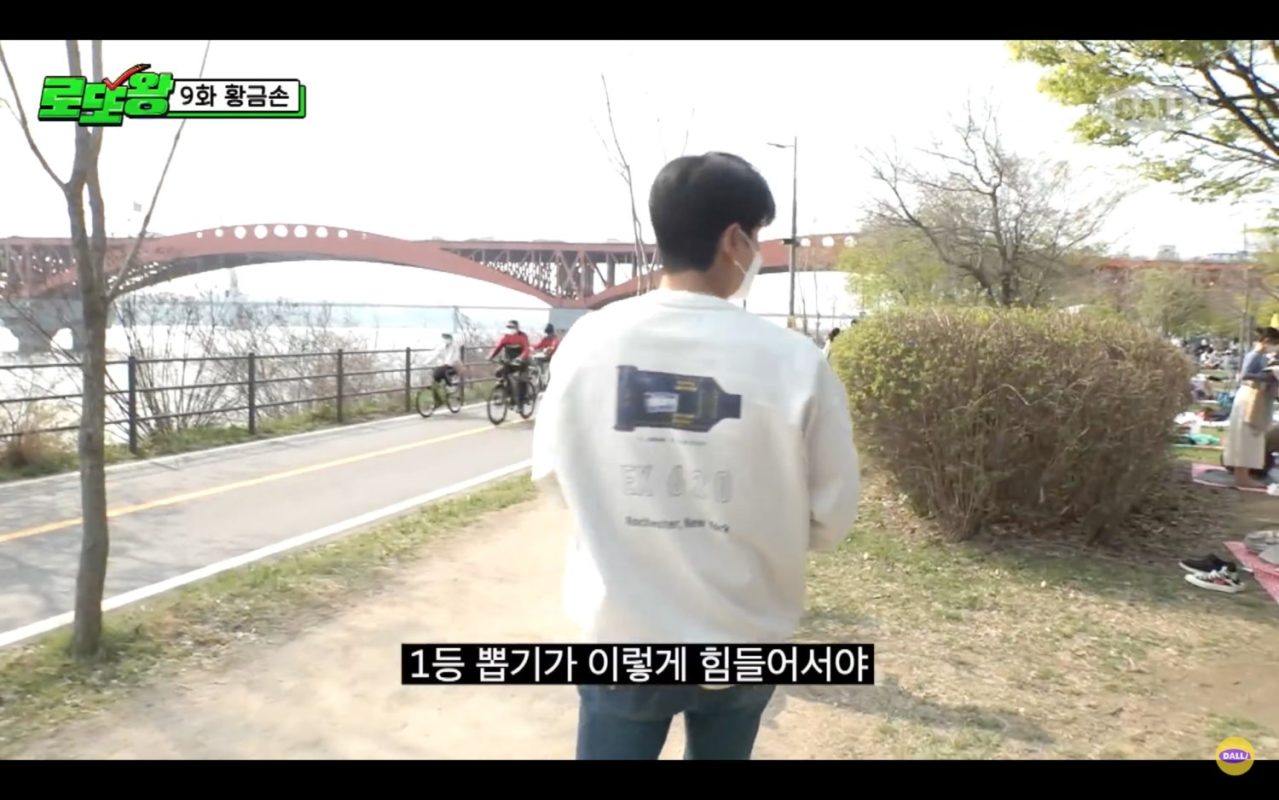 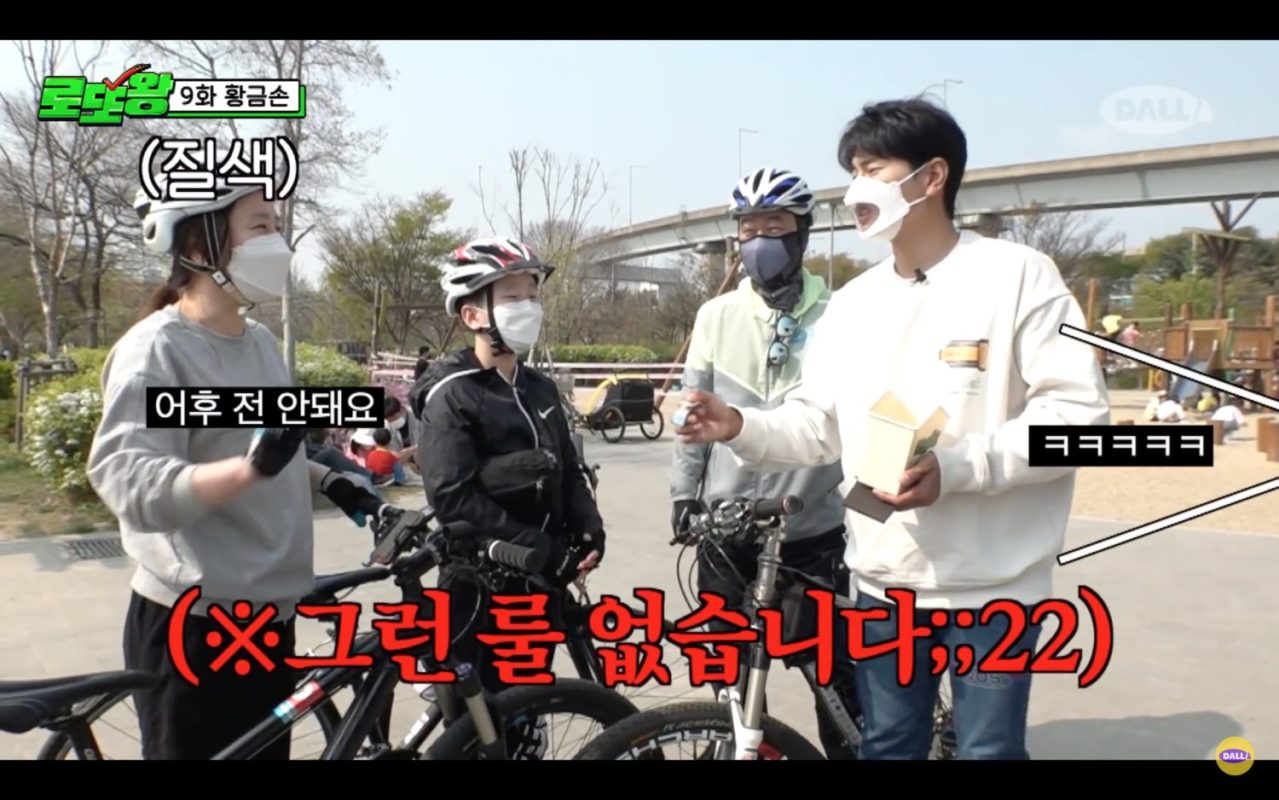 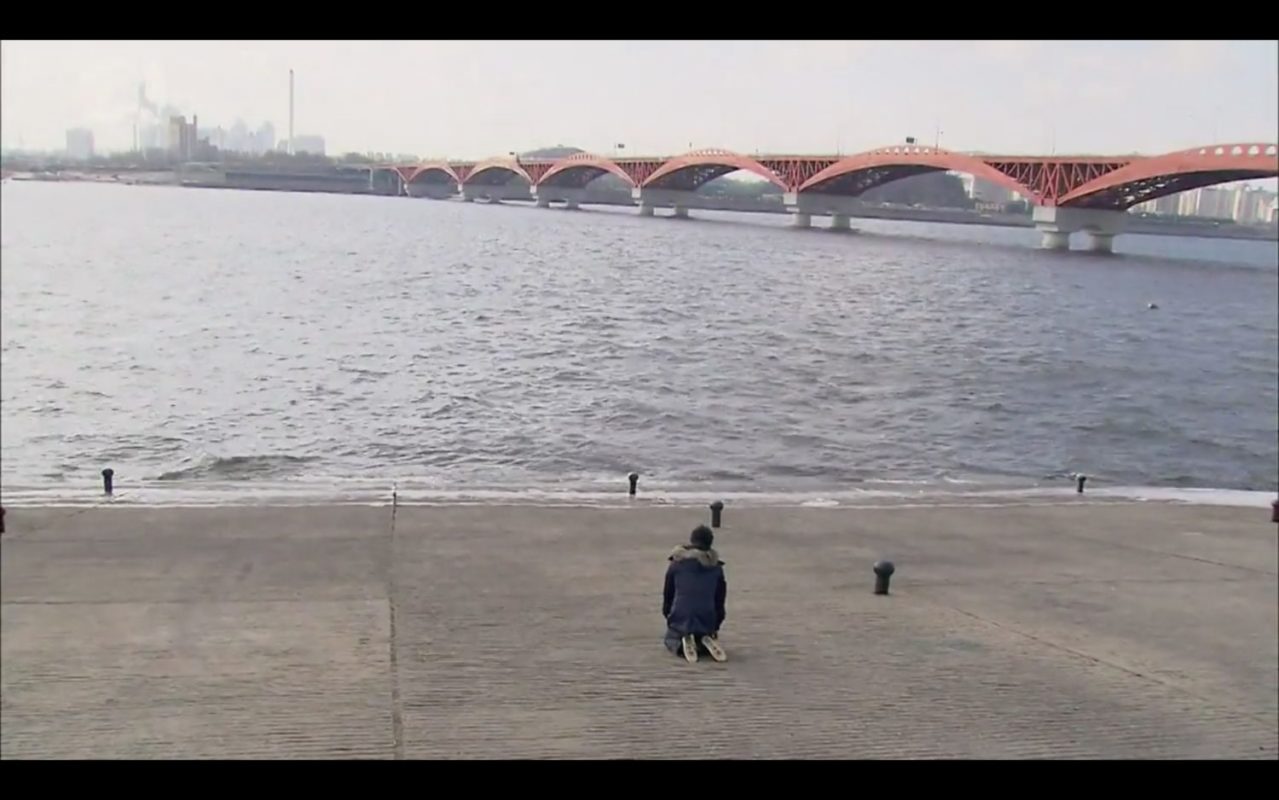 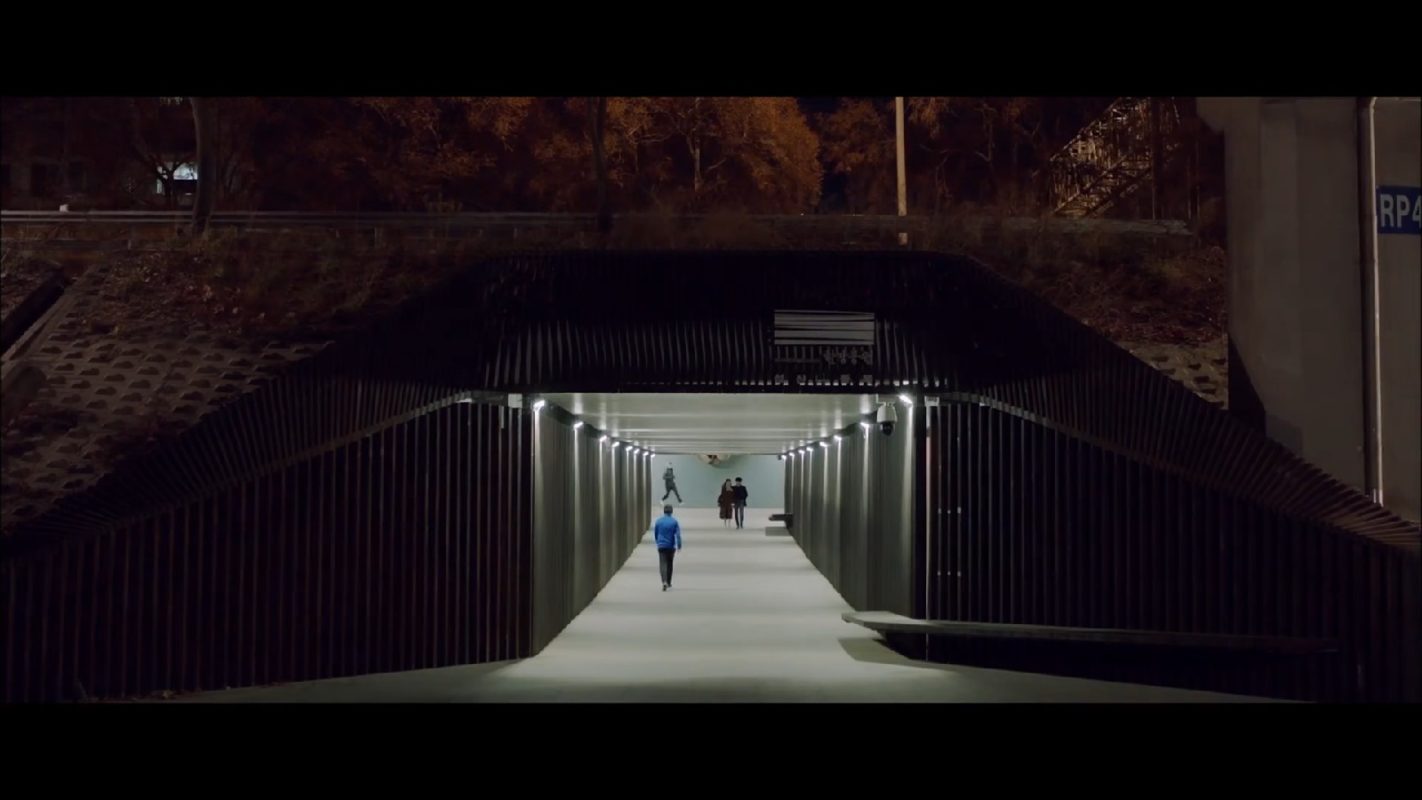 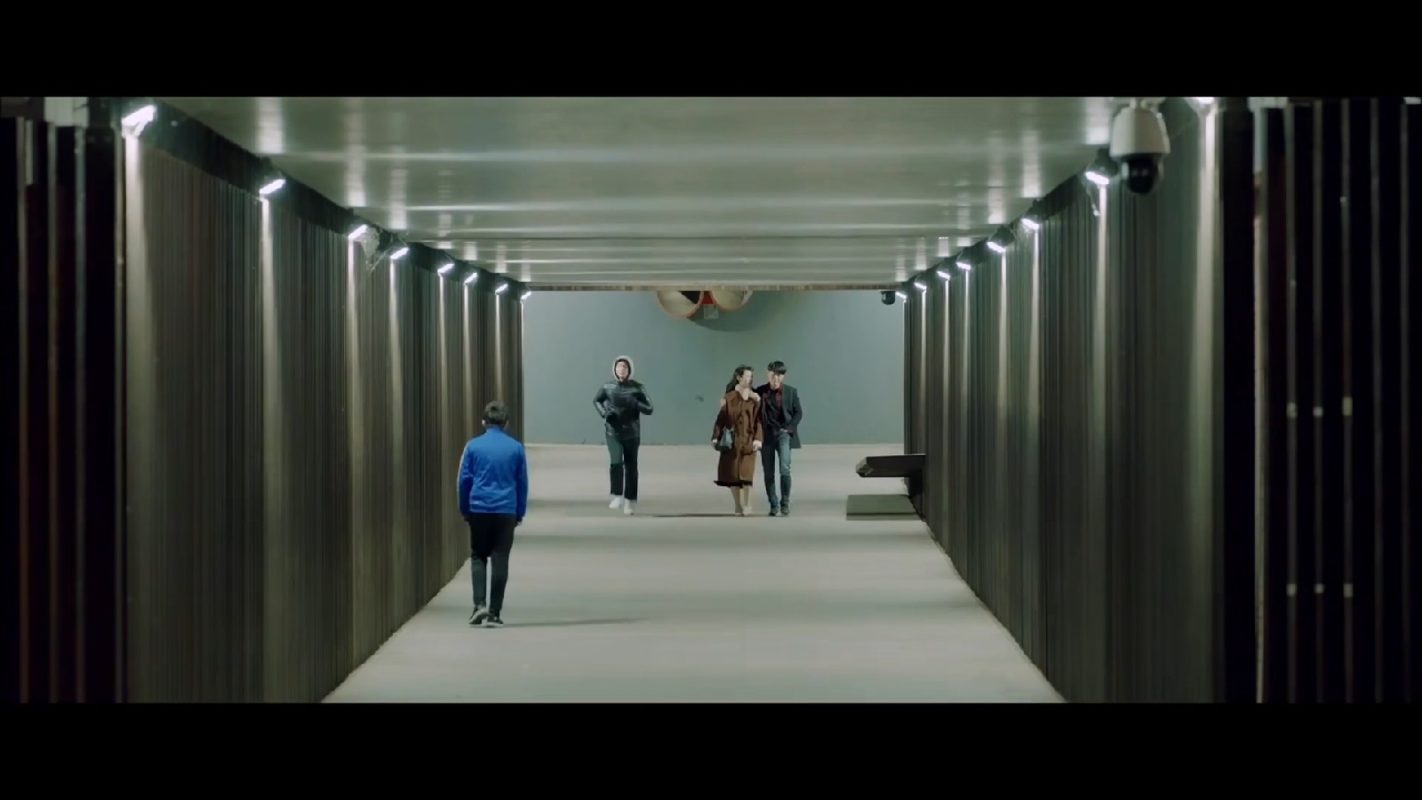 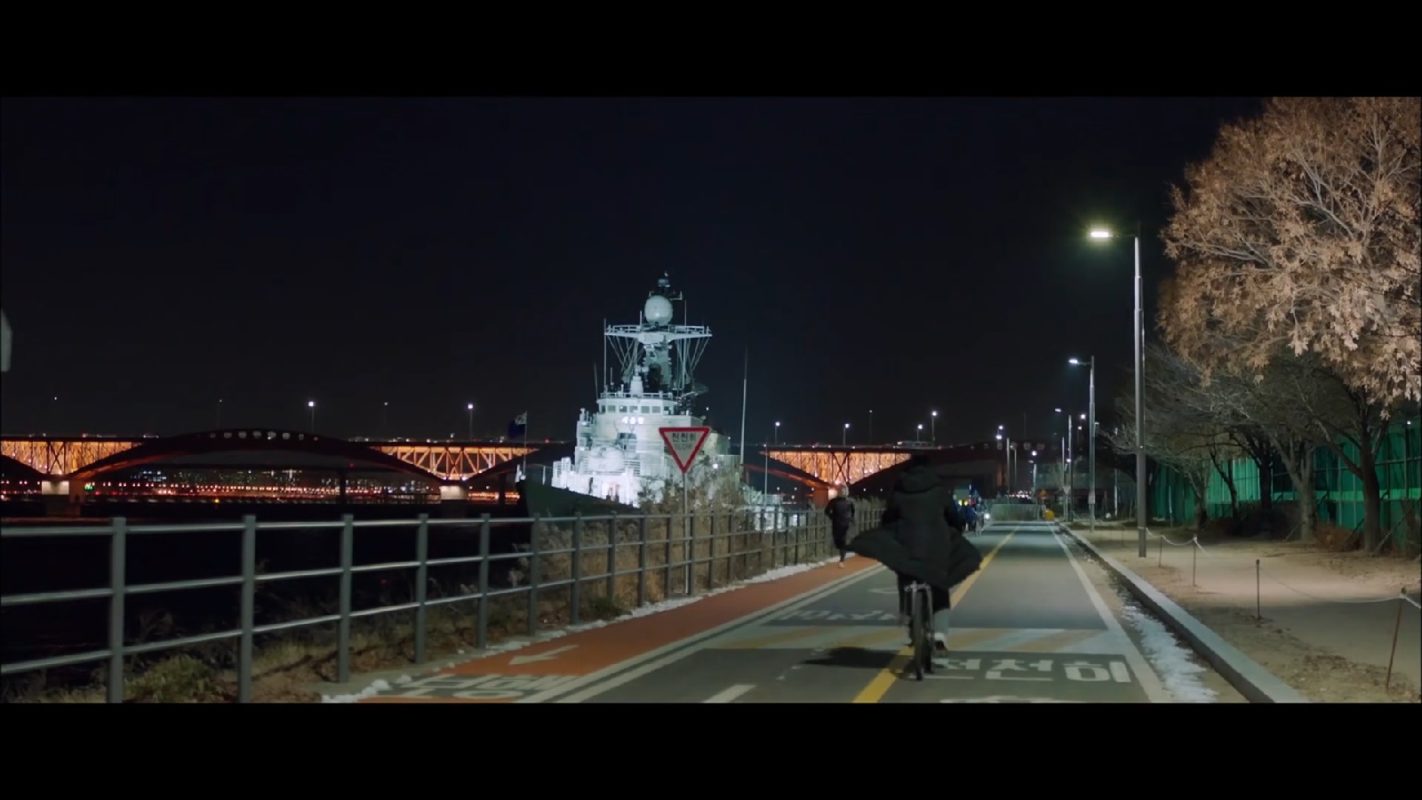 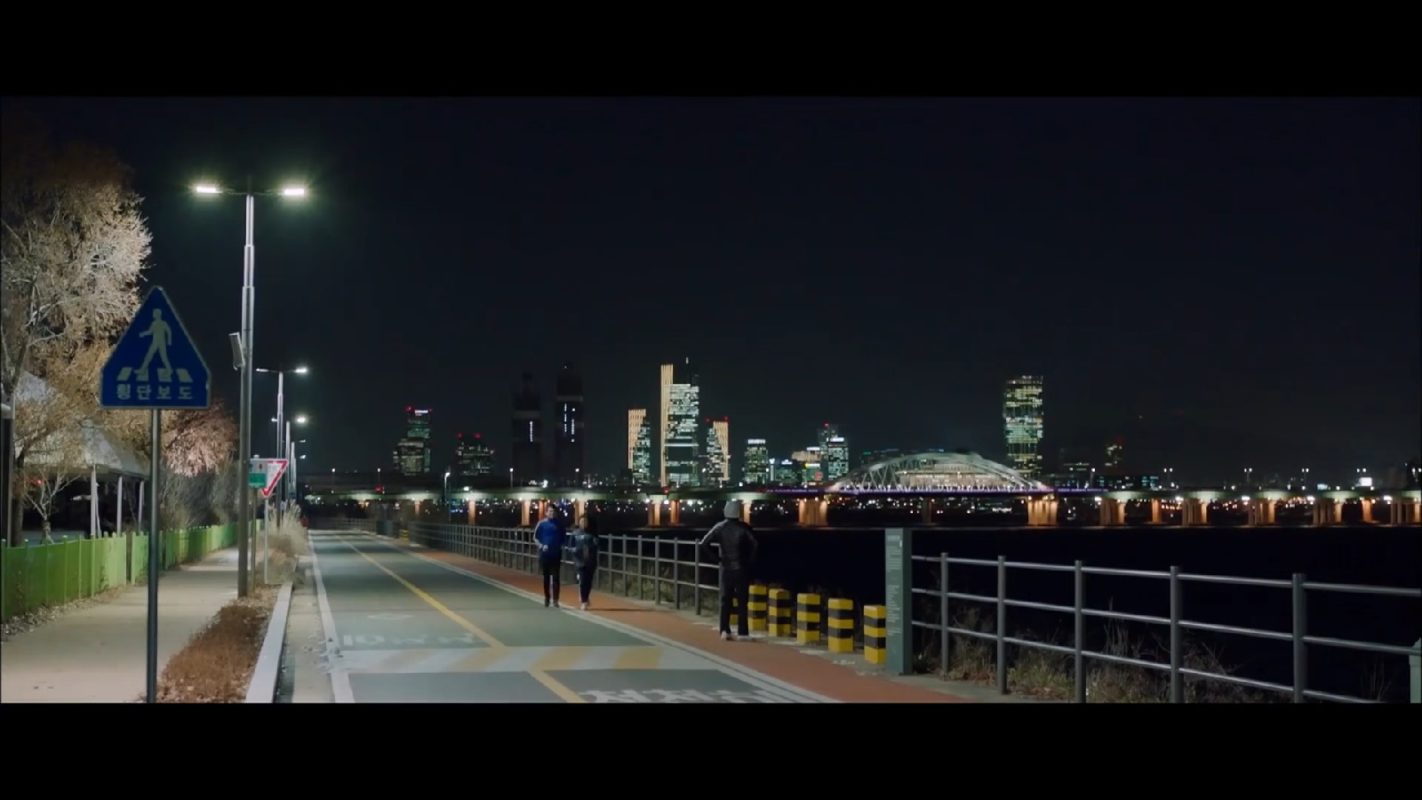 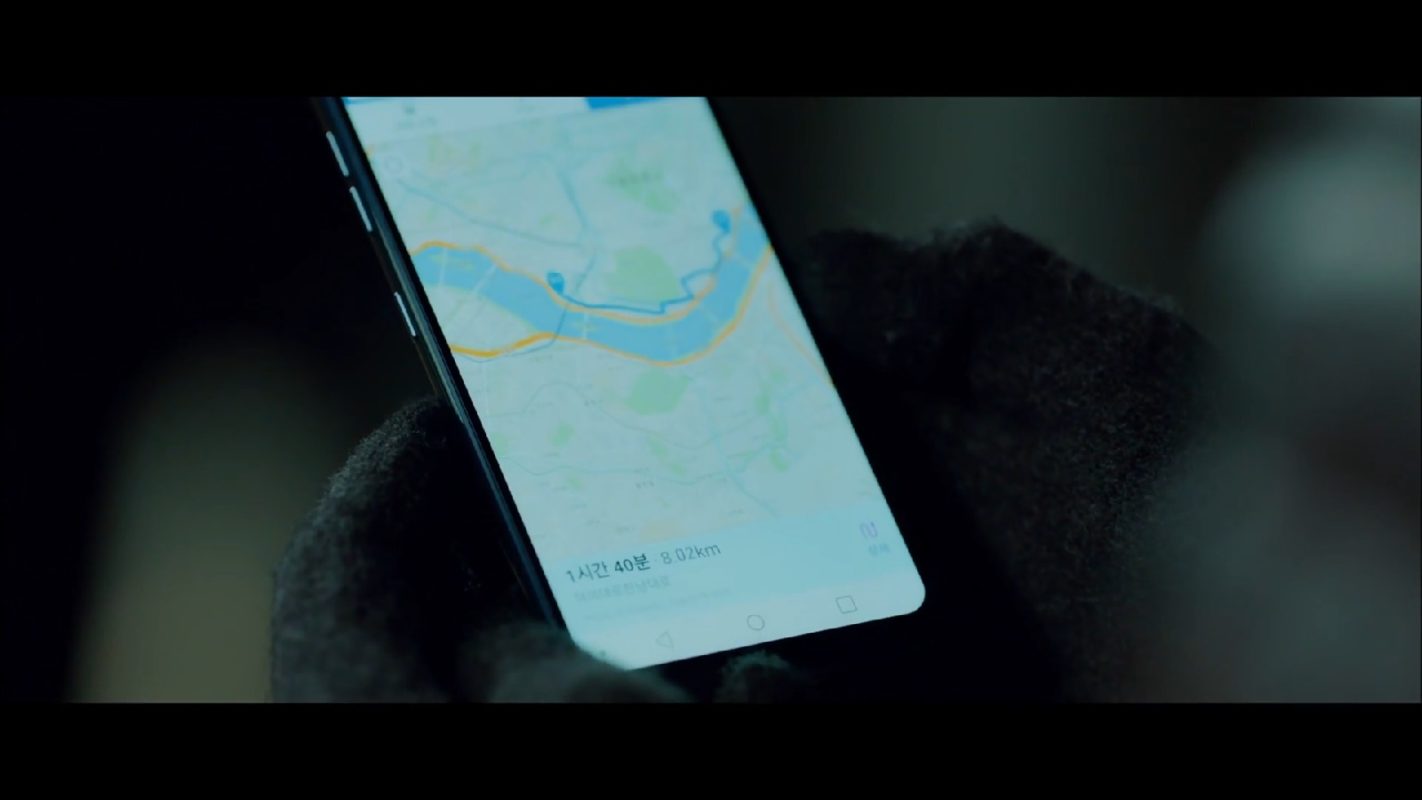 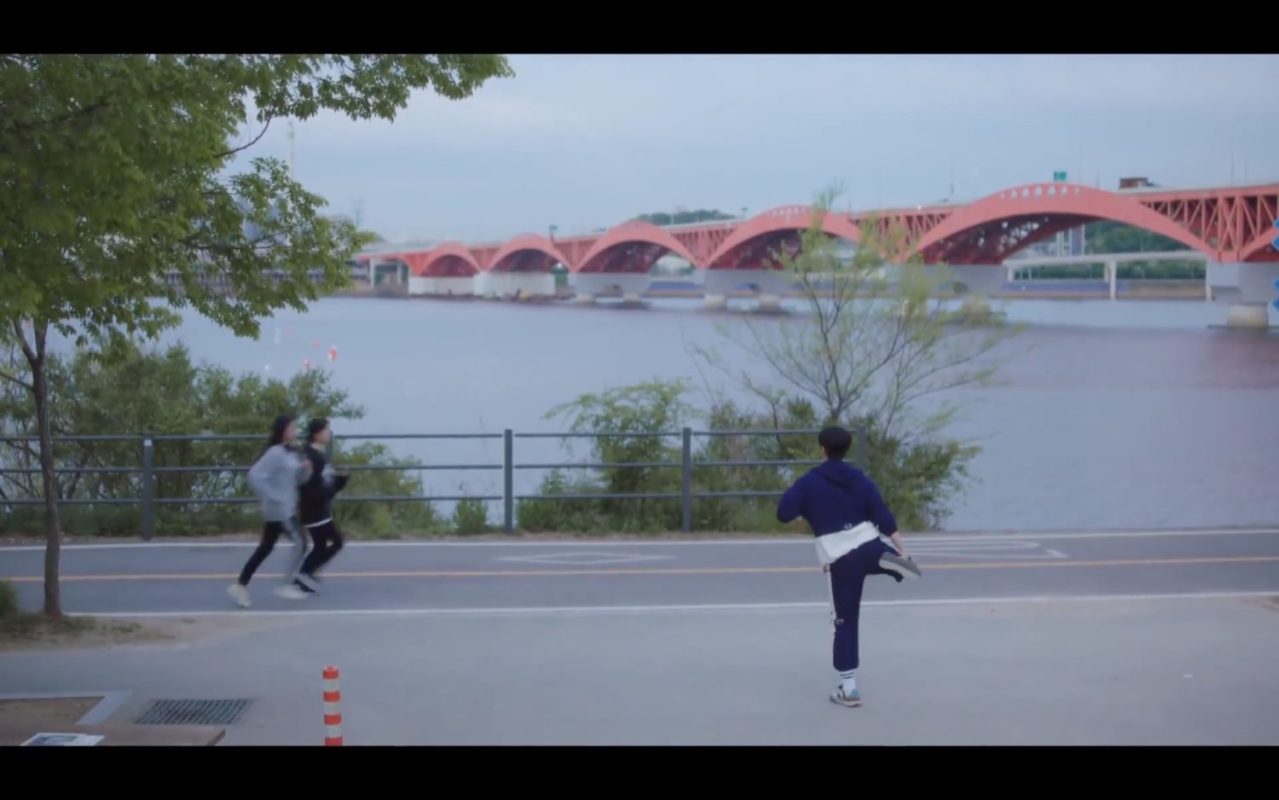 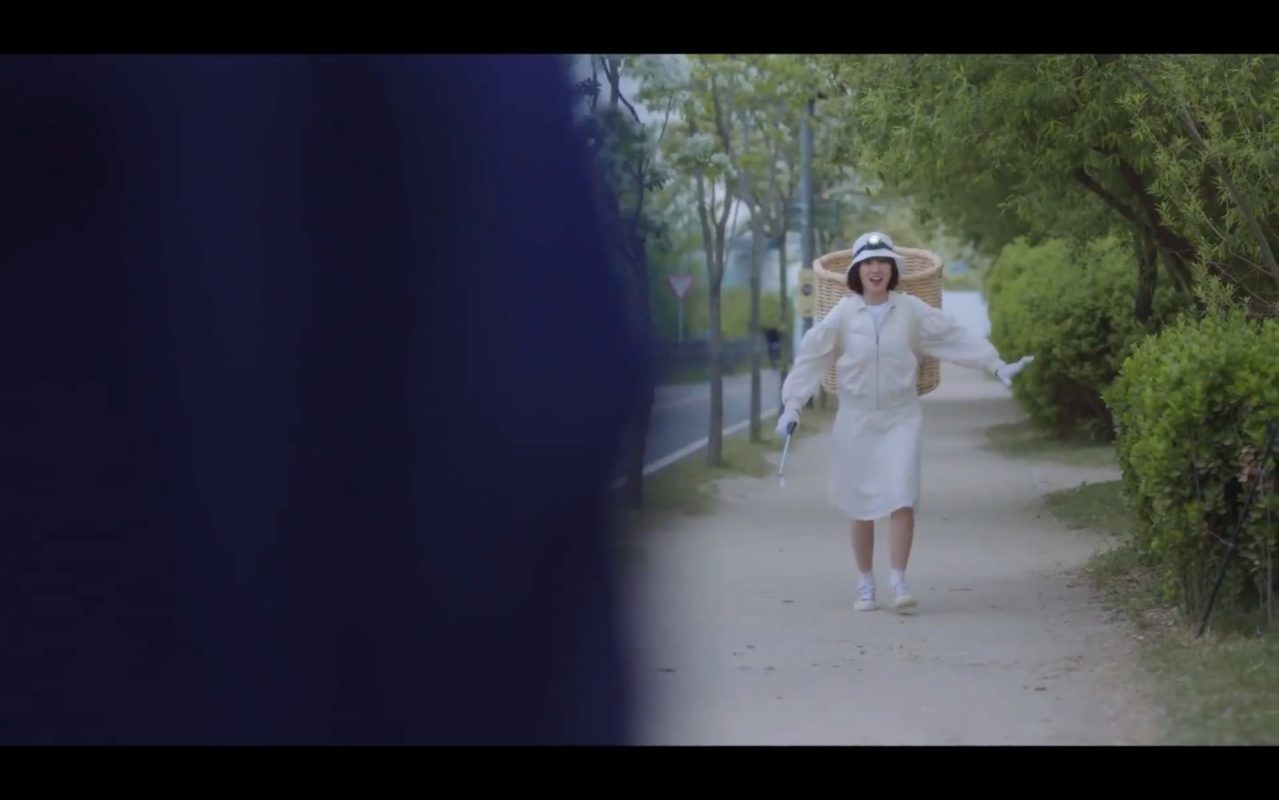 When Woo Young-woo (Park Eun-bin) asks Lee Jun-ho (Kang Tae-oh) if they are dating (because they never said it) in episode 12 of Extraordinary Attorney Woo (이상한 변호사 우영우) (ENA/Netflix, 2022), Jun-ho reminds her, among other, a jogging date at this park that turned out in collecting trash together.

JJ (Hwang Chan-sung of 2PM) and Lee Geun-young (Choi Soo-young) meet up at this park in episode 4 of So I Married An Anti-Fan (그래서 나는 안티팬과 결혼했다) (Naver TV, 2021) and he suggests that she joins his agency.

Kim Hae-il (Kim Nam-gil) meets up at this park close to Seongsan Bridge with a former colleague from his National Secret Service times in episode 5 of The Fiery Priest/Hot Blooded Priest (열혈사제) (SBS, 2019).

After the specialized squid restaurant where Kwon Jin-kook (Lee Ji-hoon) wants to take Yoon Sang-a (Go Won-hee) on their date was closed, she brings him to the 7-Eleven at the feet of Seongsan Bridge at this park to eat squid ramyun in episode 27 of Your House Helper (당신의 하우스헬퍼) (KBS2, 2018). Jin-kook finally confesses his feelings but it is still not the proposal Sang-a is waiting for. They are back here on a real date in episode 30.

In episode 1 of Jugglers (저글러스) (KBS2, 2017-2018), Jwa Yun-i (Baek Jin-hee) has a date here with her ex-boyfriend Lee Kyung-joon (Sung Joon) at this park and was interrupted by a phone call from her boss.

Jung Joon-hyung (Nam Joo-hyuk) meets up at this park with his brother Jung Jae-yi (Lee Jae-yoon) in episode 10 of Weightlifting Fairy Kim Bok Joo (역도요정 김복주) (MBC, 2016-17) to have a heart-to-heart talk.

In proximity of the feet of Seongsan Bridge at this park is Bang Myeong-soo’s (Byun Yo-han) and Kim Soo-jin’s (Song Ji-hyo) secret place where they regularly go to for heart-to-heart talks in Ex-Girlfriends’ Club/Ex-Girlfriend Club (구여친클럽) (tvN, 2015), as seen, for instance, in episode 6. It is also here that Myeong-soo confesses his love to Soo-jin and they kiss at the very end of episode 12.

Cha Dong-joo (Kim Jae-won) parks his car close at this park to Seongsan Bridge at night and listens to Beethoven’s 2nd symphony in episode 14 of Can You Hear My Heart?/Listen to My Heart (내 마음이 들리니) (MBC, 2011).

Kang Seung-jae (Yoon Kye-sang) has a heart to heart talk with his brother Kang Min-Jae (Kim Jae-Won) at this park in episode 10 of She Is Nineteen/My Sister-in-Law is 19/My 19 Year Old Sister-in-Law (형수님은 열아홉) (SBS, 2004) about his first love — Yoo Min. Afterwards they both play basketball on a field just next to the bridge. In episode 11, Seung-Jae and Soo-ji come back here for a picnic on their date.

On Ma-eum (Kim Se-jeong) drives through this park on her e-scooter when working part-time at a food delivery in episode 1 of Today’s Webtoon (Oneurui weptun/오늘의 웹툰) (SBS, 2022) further down in this park.

Kim Jin-hyeok (Park Bo-gum) runs out of an underpass (37.553717, 126.897853) when he jogs through this park on the night before his posting to Sokcho in episode 7 of Encounter/Boyfriend (남자친구) (tvN, 2018-19). In a desparate urge to see Cha Soo-hyun (Song Hye-kyo) before his exile, he decides to run to her home. He checks the route on his phone, which shows the accurate positions of this park and Soo-hyun’s home at La Terrasse.

Mangwon Hangang Park [망원한강공원], also known as Mangwon Riverside Terrace, is a 7.4 km long park along the northern side of the Han River between Yanghwa Bridge [양화대교] and Seongsan Bridge [성산대교] as such crossing Seoul’s neighborhoods Mangwon [Mangwon-dong/망원동] and Hapjeong [Hapjeong-dong/합정] in the Mapo District [Mapo-gu/마포구]. The park comes with amenities such as a promenade with bike path, rest area and it is a site for water leisure activities such as windsurfing, water skiing, and motorboating, but also on-the-ground sports activities such as soccer, tennis, basket ball or volleyball.

Mangwon Hangang Park itself is part of the larger Hangang Park [한강공원] system, which is made up of 12 parks in total, built between 1982 and 1986. It also consists of Gwangnaru Park, Jamsil Park, Ttukseom Park, Jamwon Park, Ichon Park, Banpo Park, Yanghwa Hangang Park [양화한강공원], Yeouido Park, Nanji Park, Gangseo Park, and Seonyudo Park. Since 2007, Hangang Park has been gradually redeveloped under the ‘Hangang Renaissance Project‘ (한강르네상스 사업), with an intended completion in 2030.