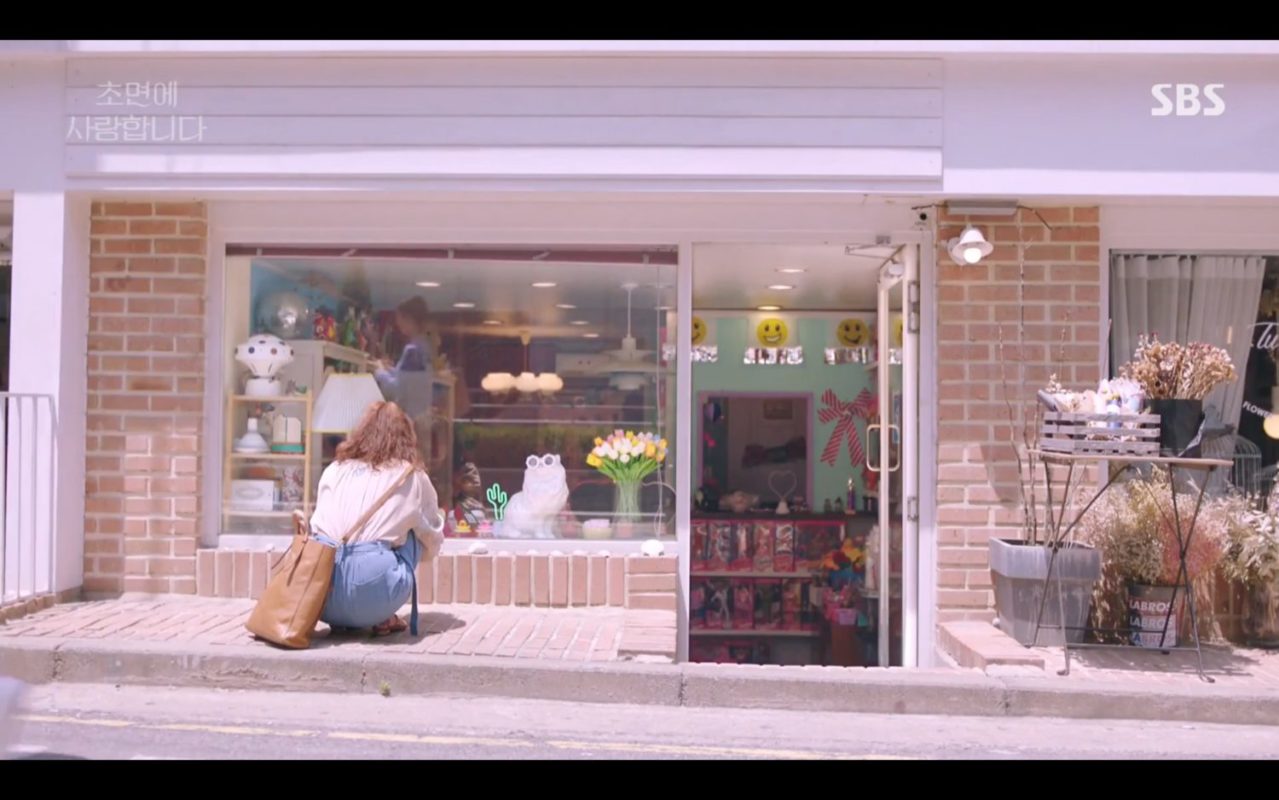 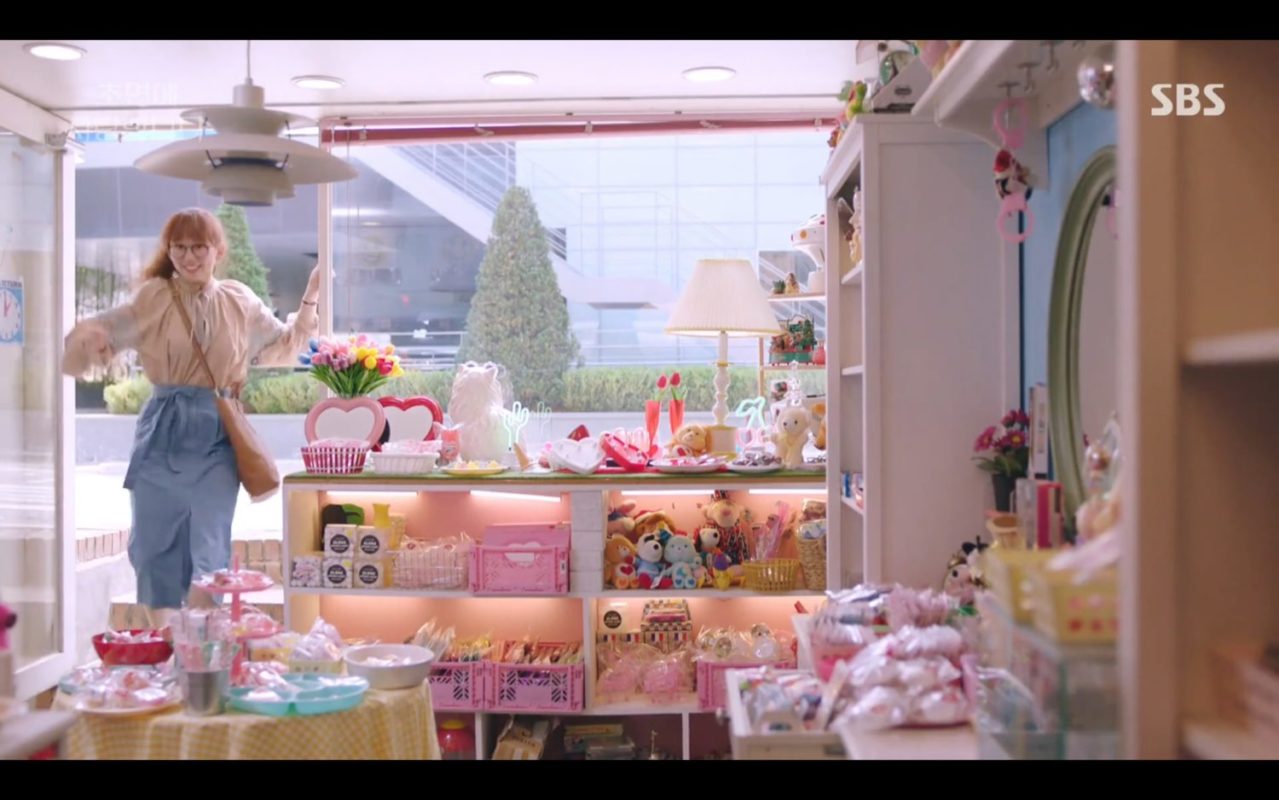 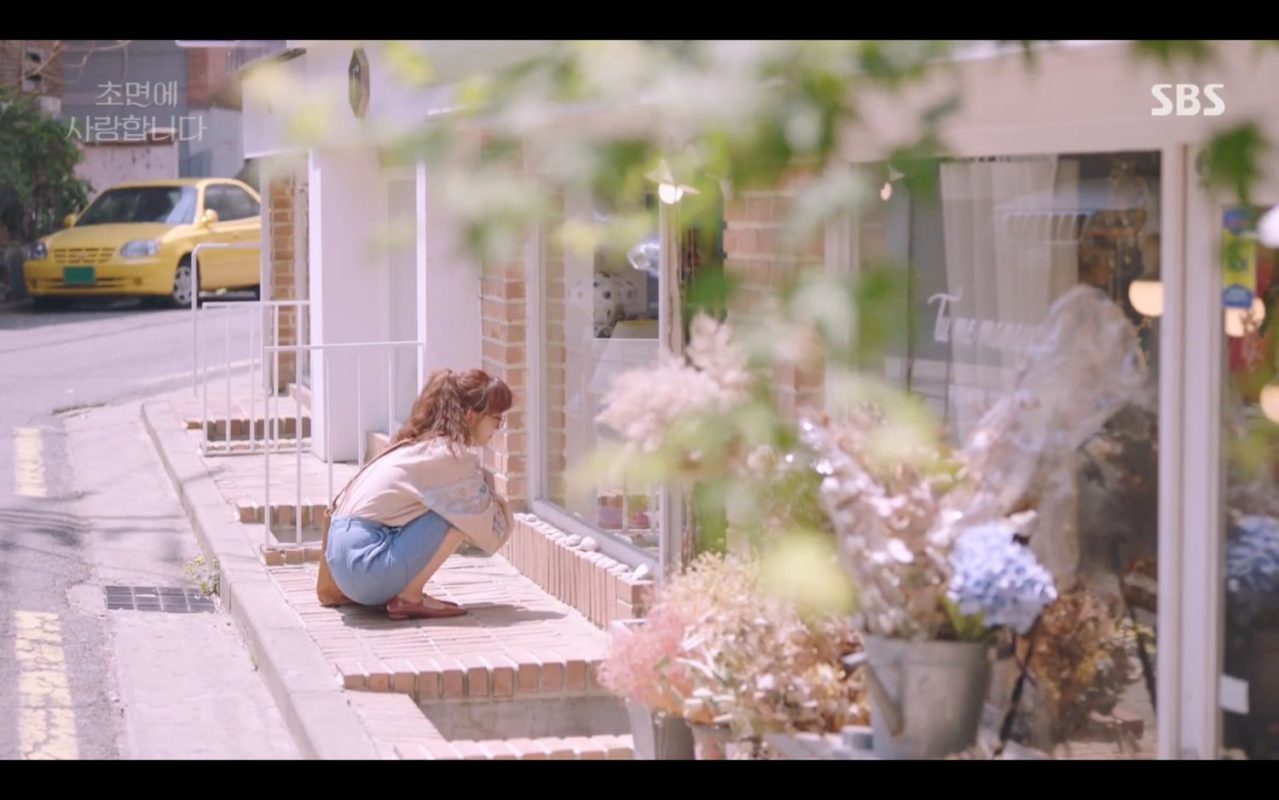 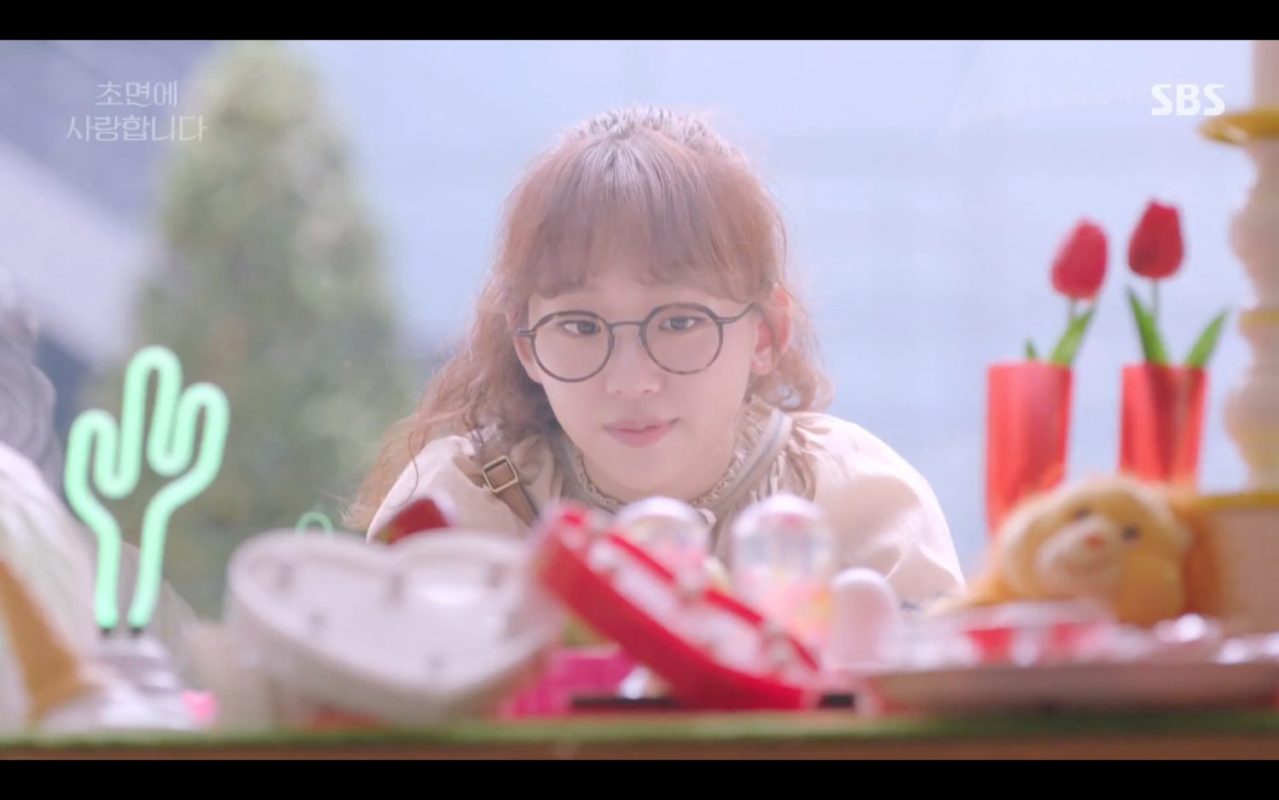 After Jung Gal-hee (Jin Ki-joo) got fired, she spends a day by herself in episode 26 (full episode 13) of The Secret Life of My Secretary/I Loved You From The Beginning/How to Train My Blind Boss (초면에 사랑합니다) (SBS, 2019). When walking past this shop, she stops in her tracks and starts a (self-)conversation with a figurine that she sees in the window, which she then decides to buy.

Until 2020 when it moved to a different neighborhood, this was also the address of flower atelier Tu me manques [띄므망끄] (also seen in The Secret Life of My Secretary), which means ‘I miss you’ in French. It originally opened in 2013 as ‘Tu menaces’ (also French: ‘you threaten’), and subsequently (and understandably) underwent a name change in 2014.