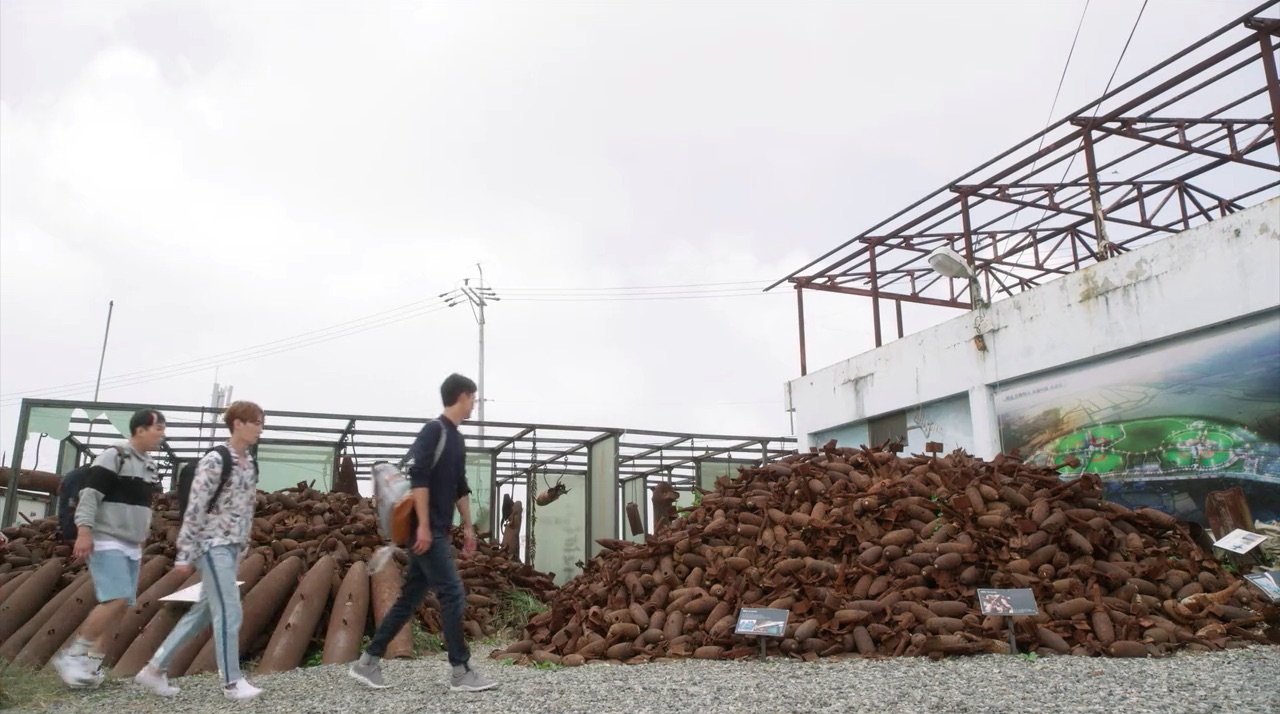 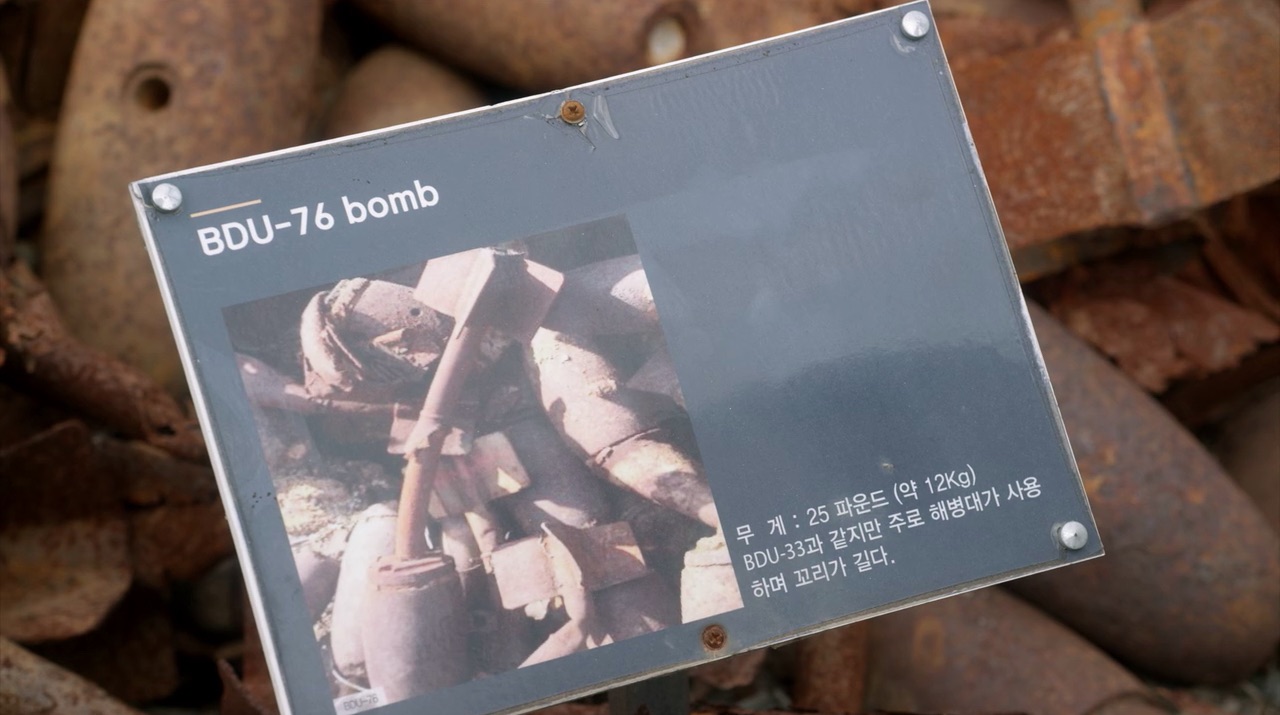 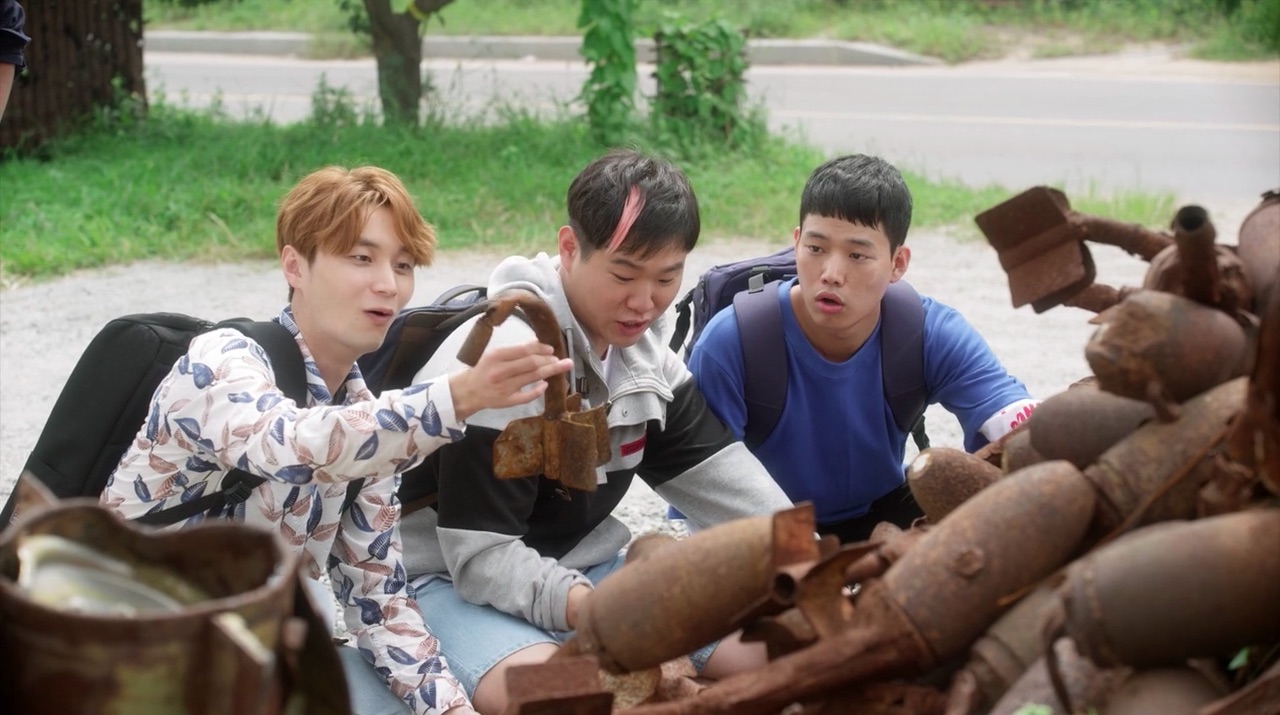 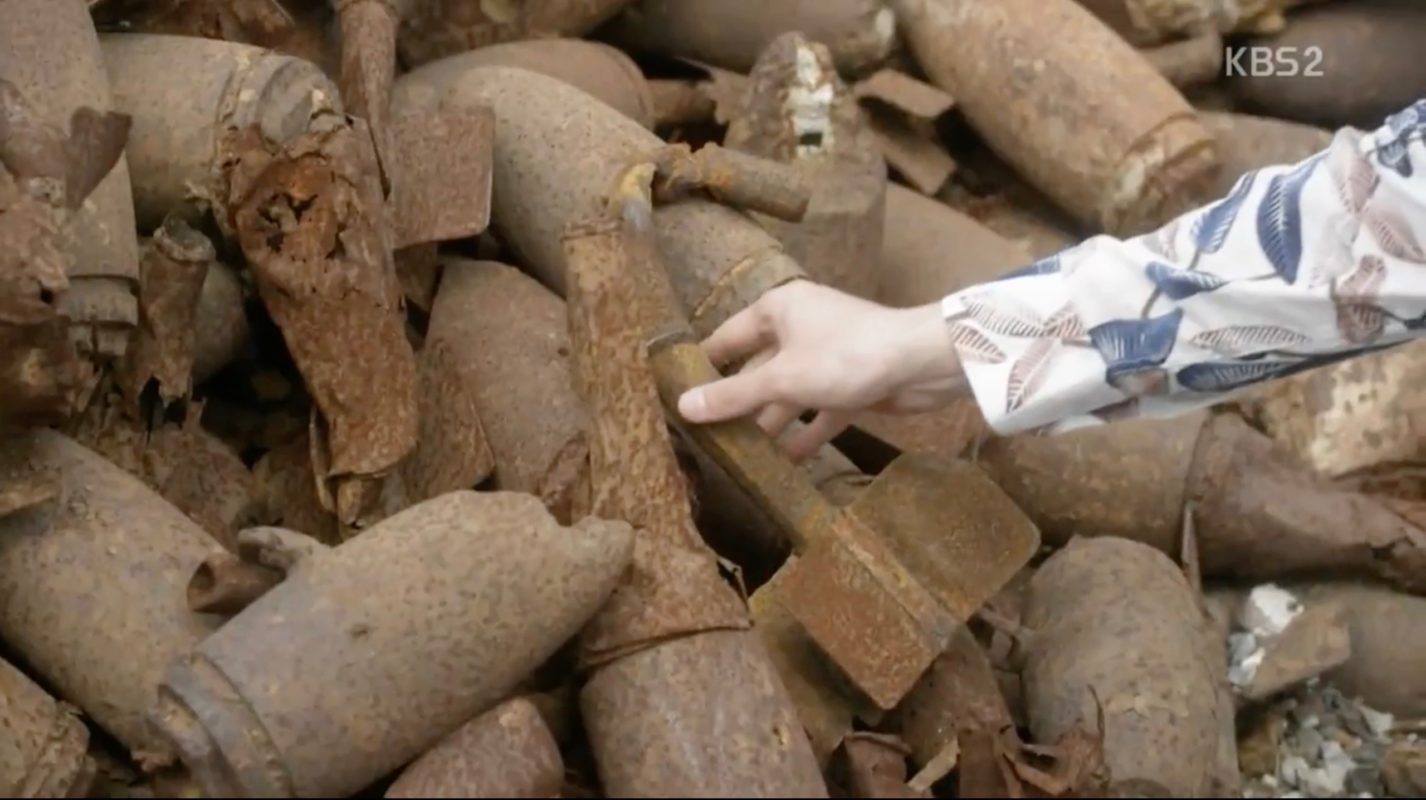 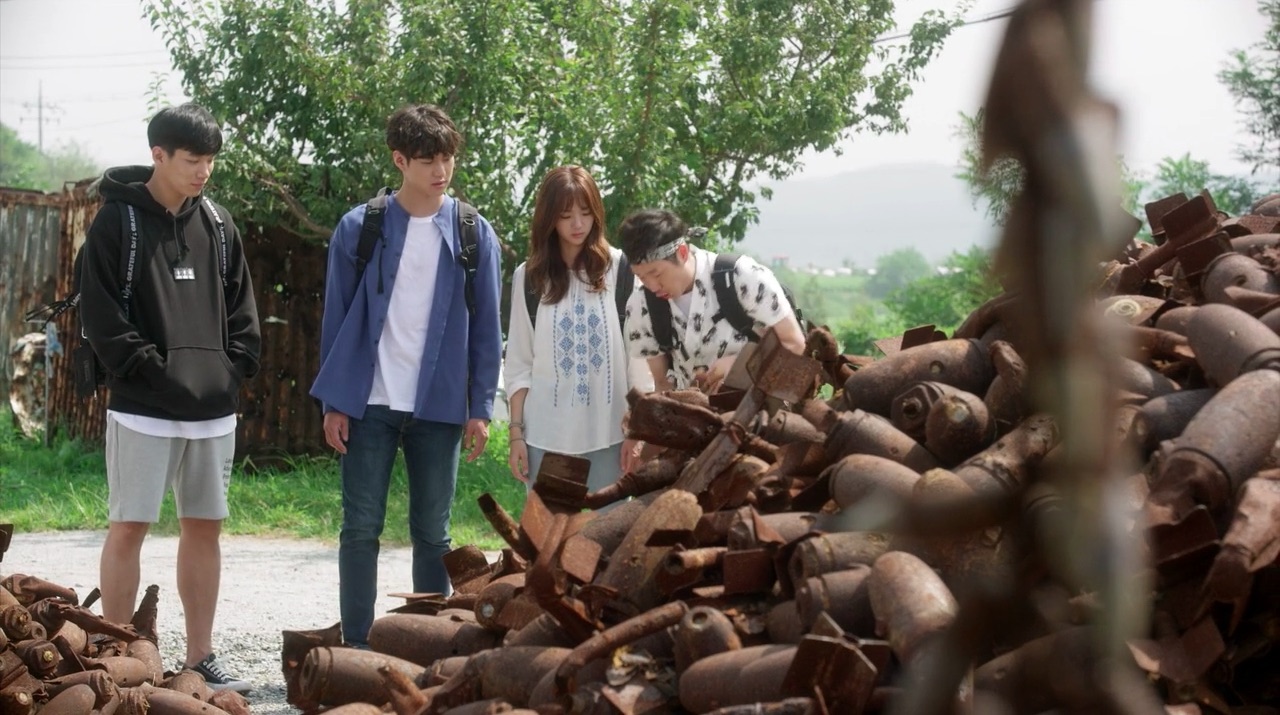 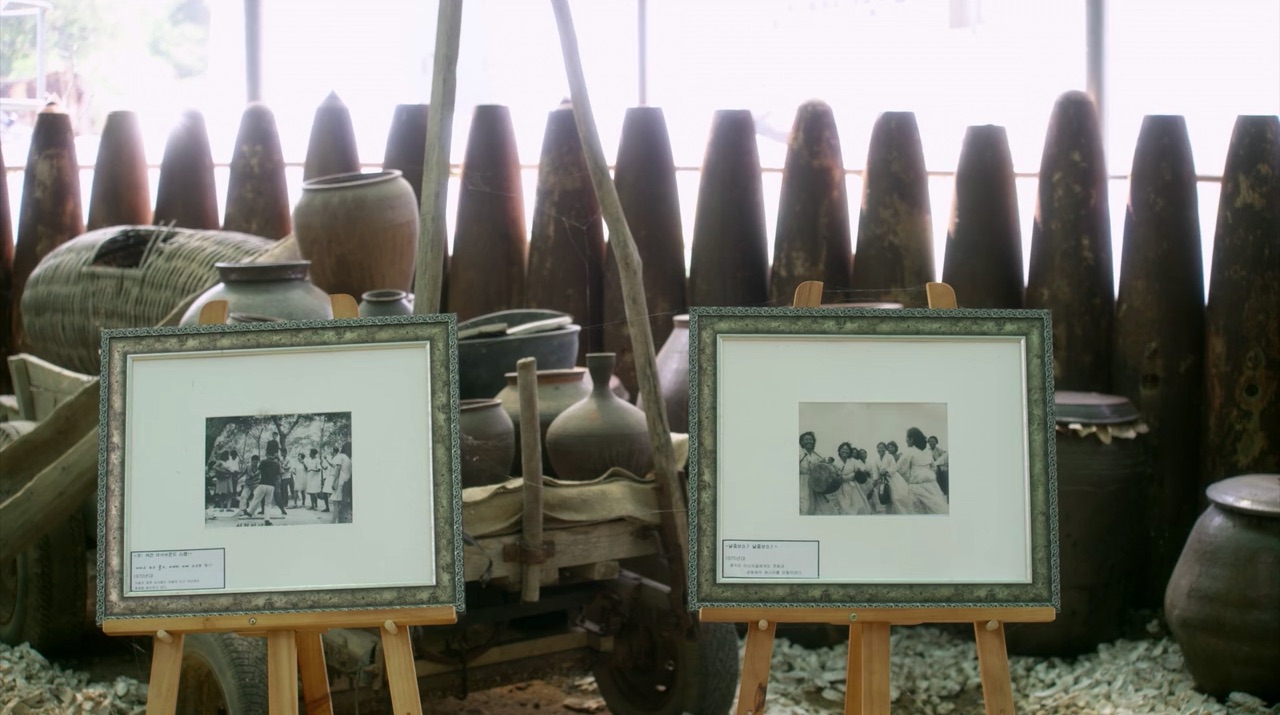 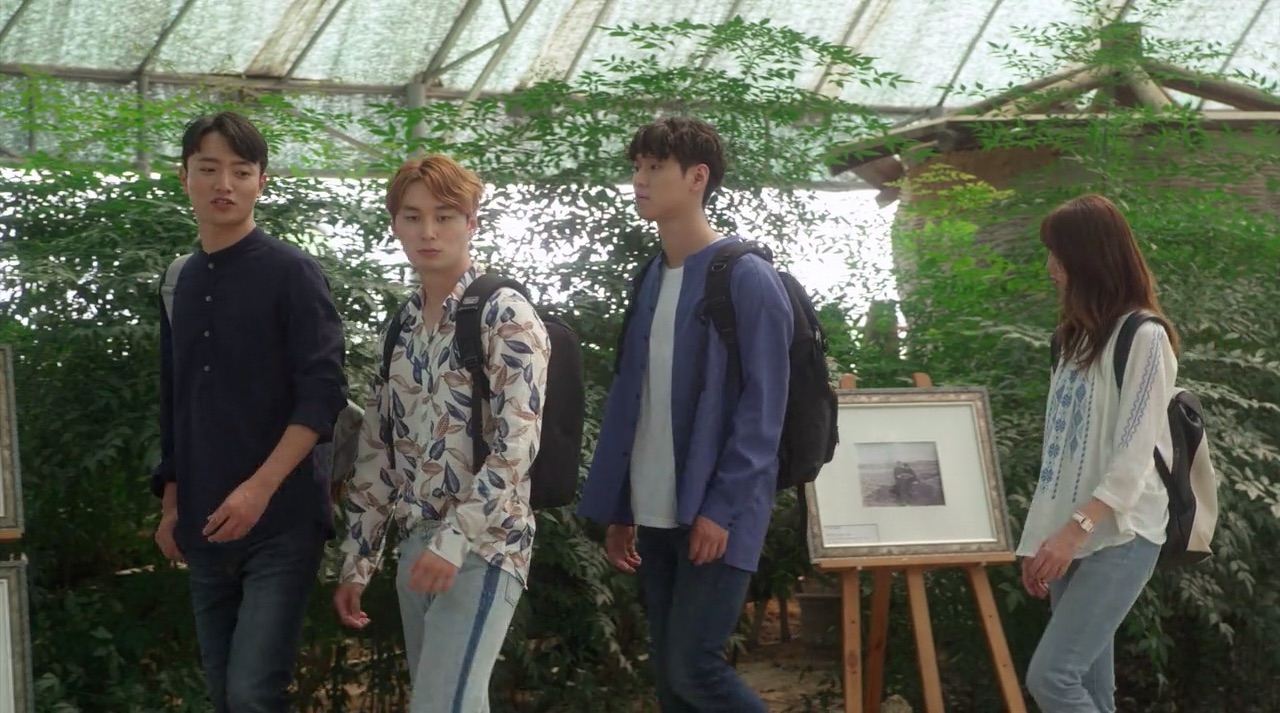 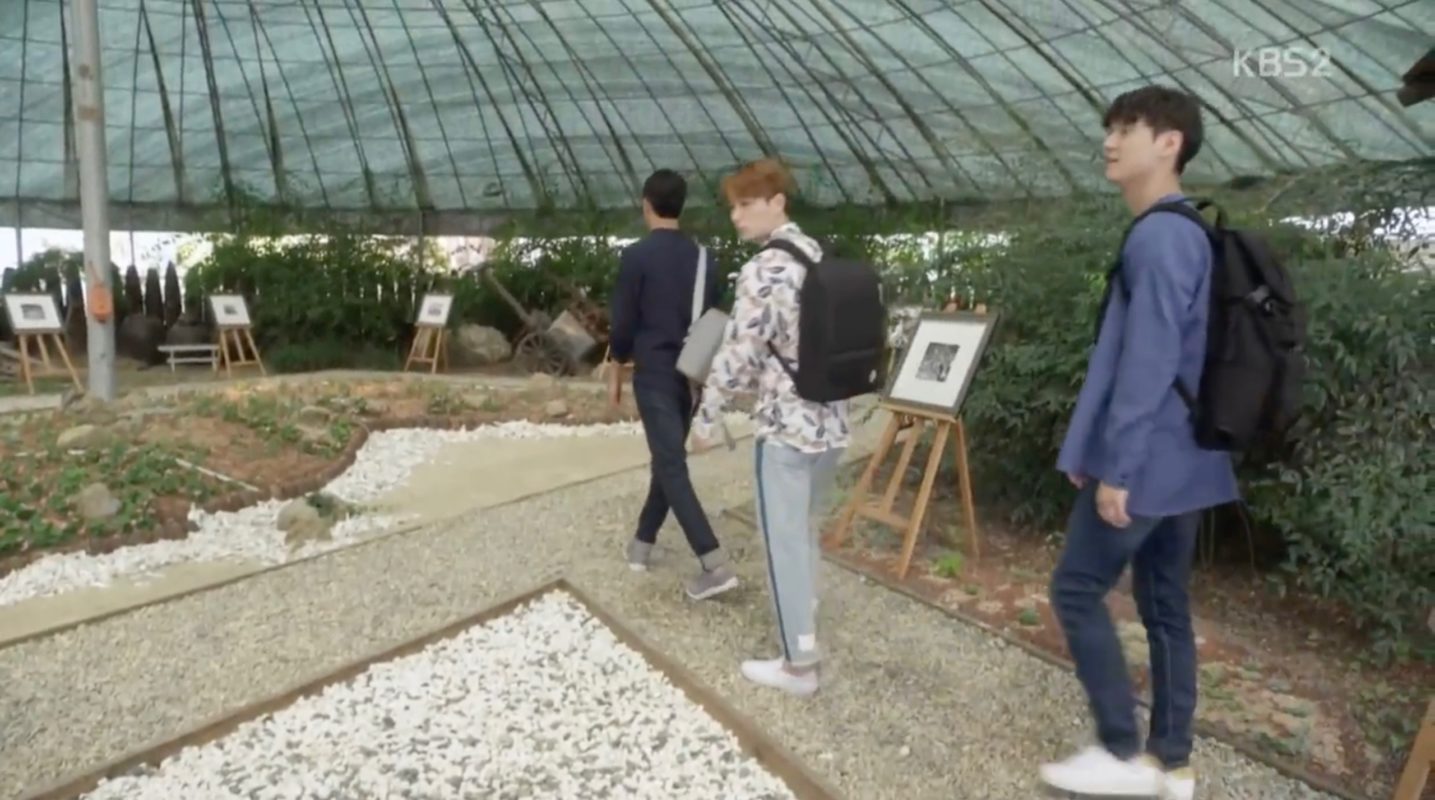 The Strongest Deliveryman team stop by this location in episode 12 of Strongest Deliveryman (최강 배달꾼) (KBS2, 2017), while on their MT in Maehyangri, which is Min-chan’s (Heo Ji-won) hometown. It is here that he tells the group that his town “was a shooting range for combat planes in the past”, and that the bomb shells they they see piled up were the “leftovers”. “It was like I was living in a war zone,” says Min-chan, “The bombing sound was deafening and it went on all day long.”

Maehyangri Peace History Hall [매향리평화역사관 or 매향리역사기념관] documents Maehyang’s village history as a bombing/firing range for the U.S Air Force. Kooni Firing Range — located off the coast of Maehyang — was actively used from 1954, till it was decommissioned in 2005. According to this Yonhap feature from 2012, “the residents collected more than 30,000 rusted pieces of ordnance”, which are most likely on display at the hall.