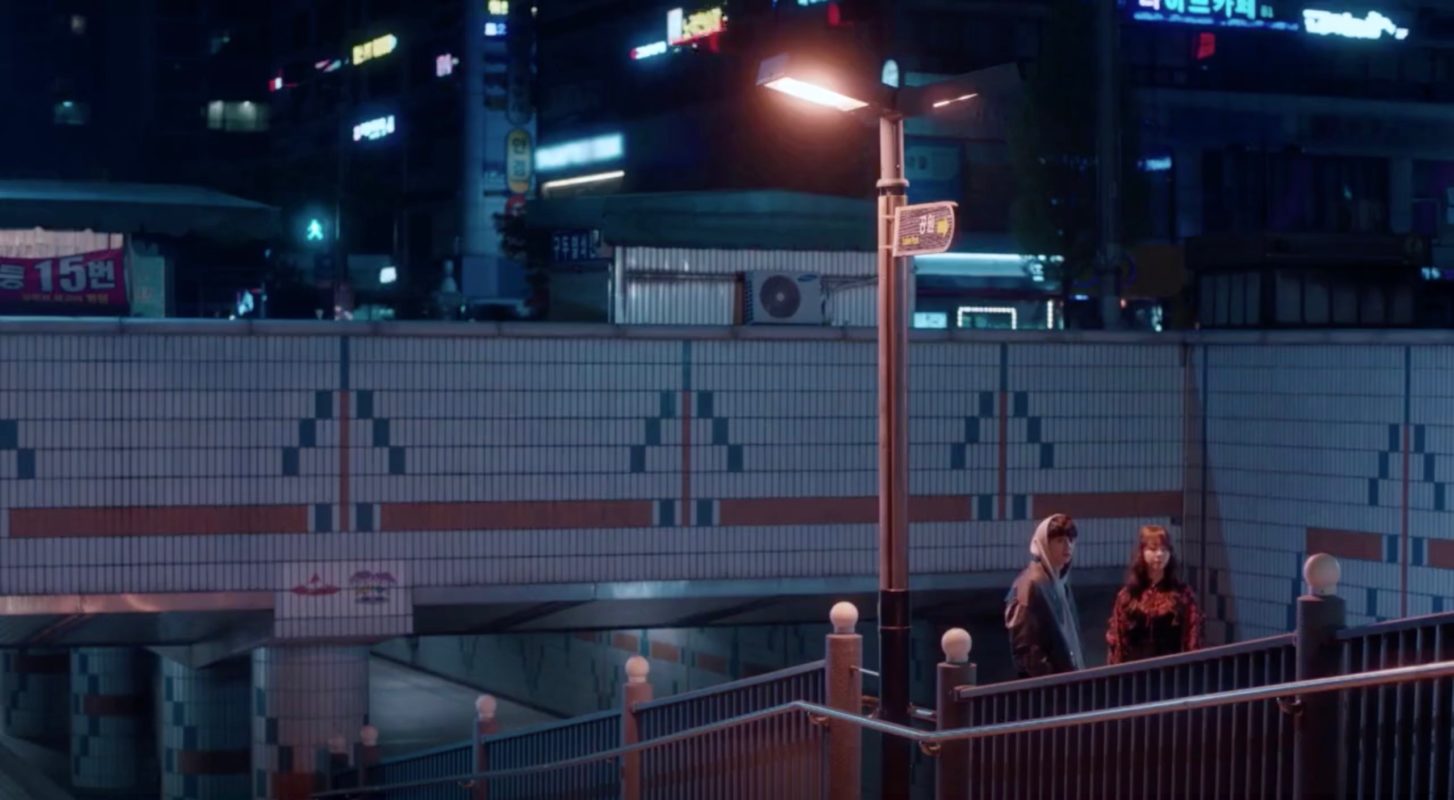 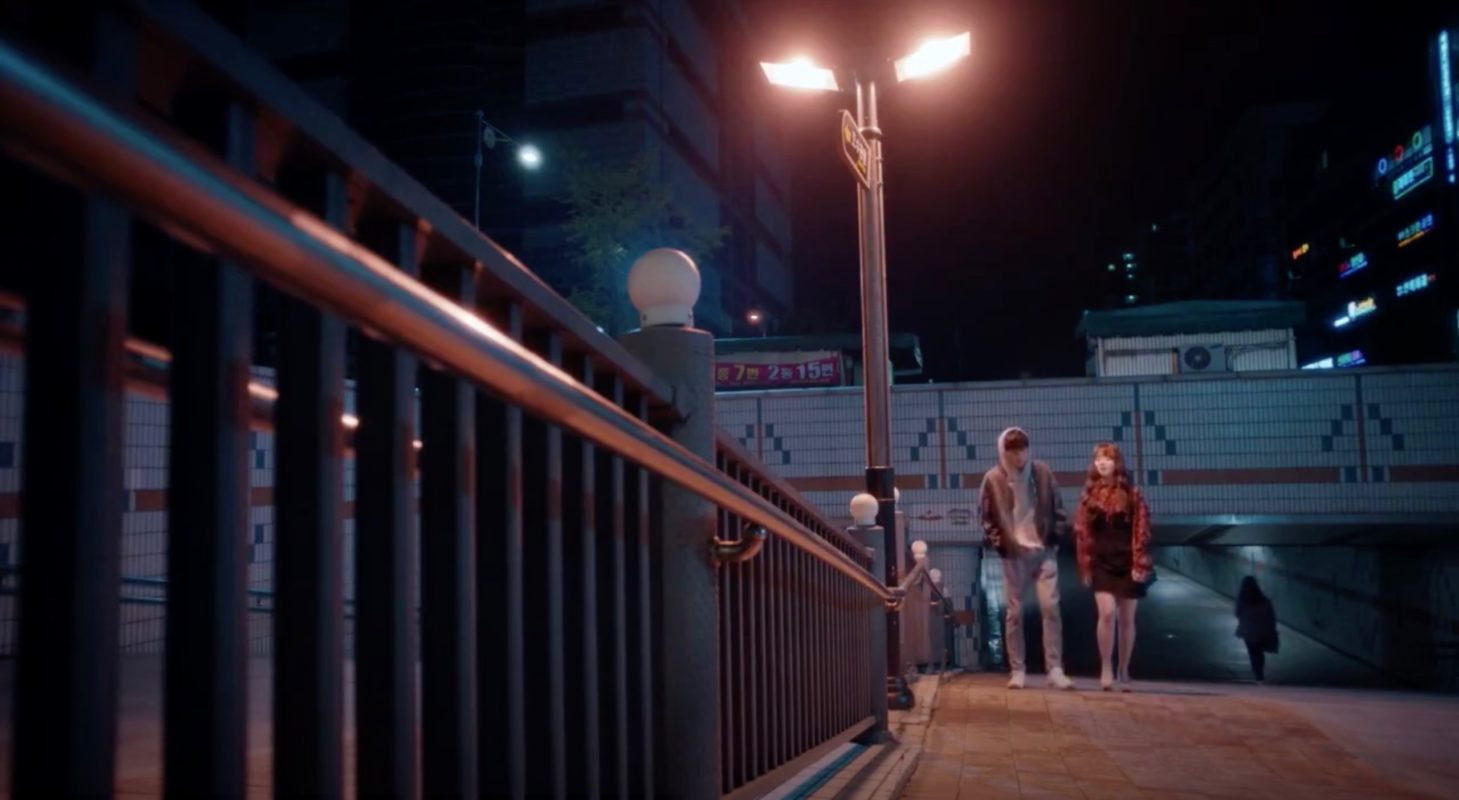 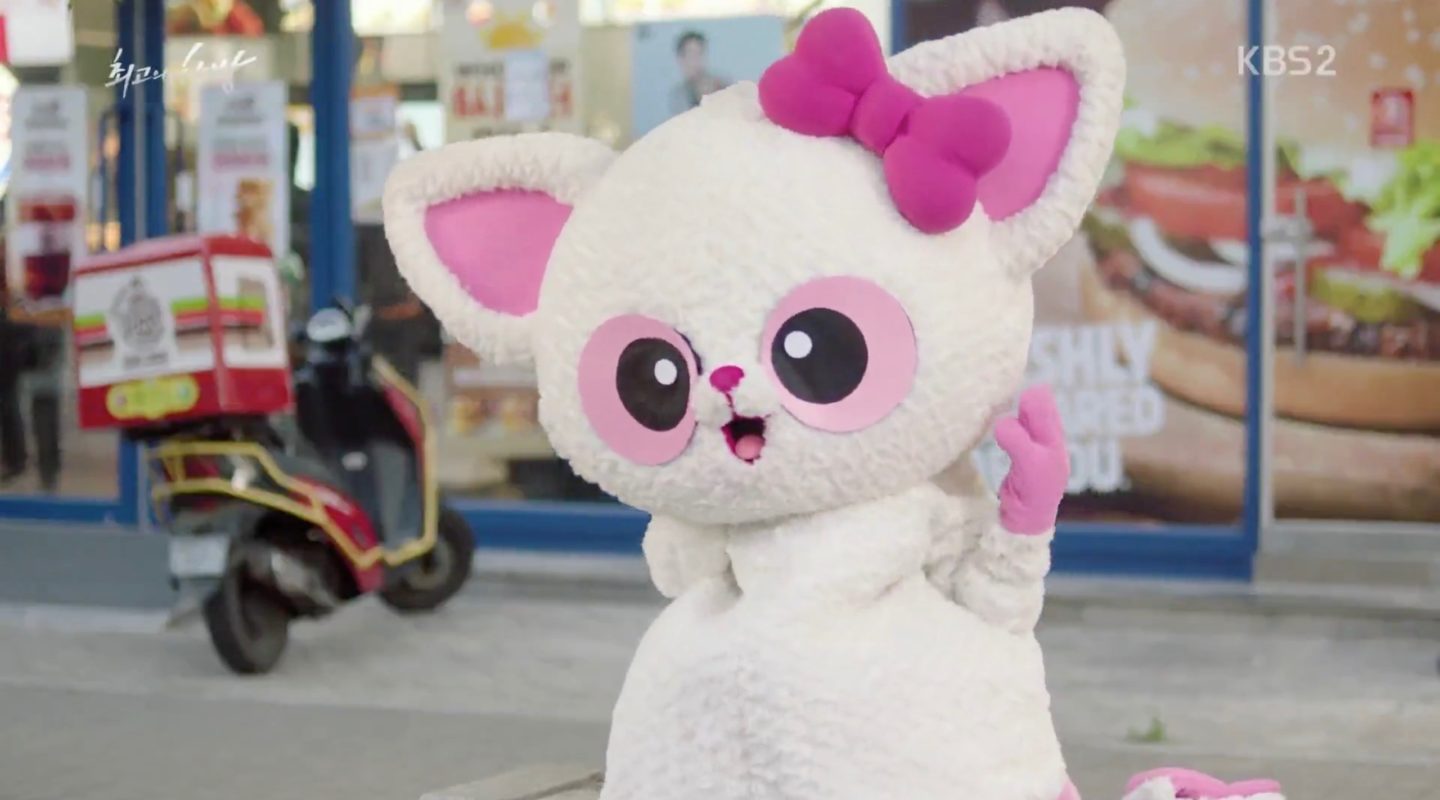 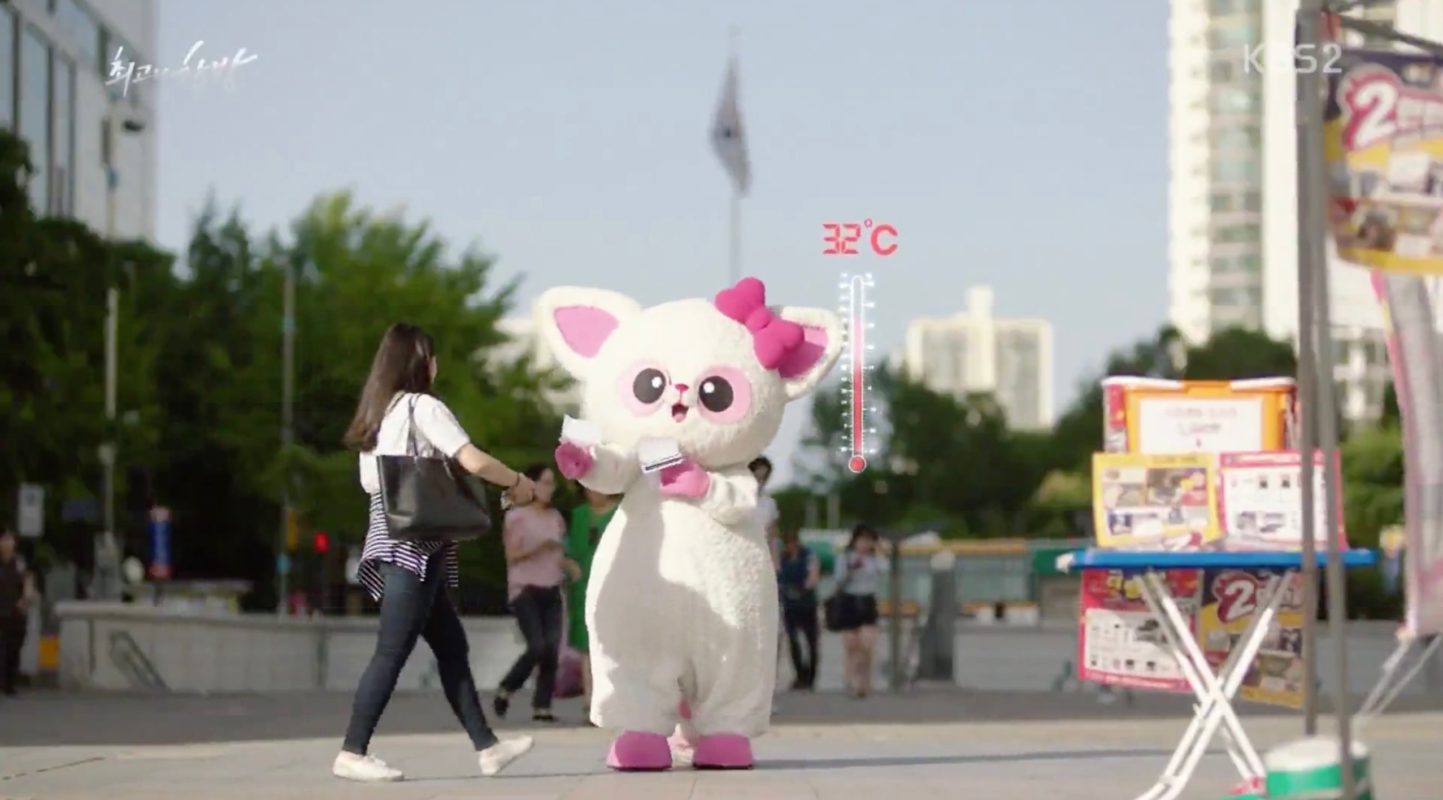 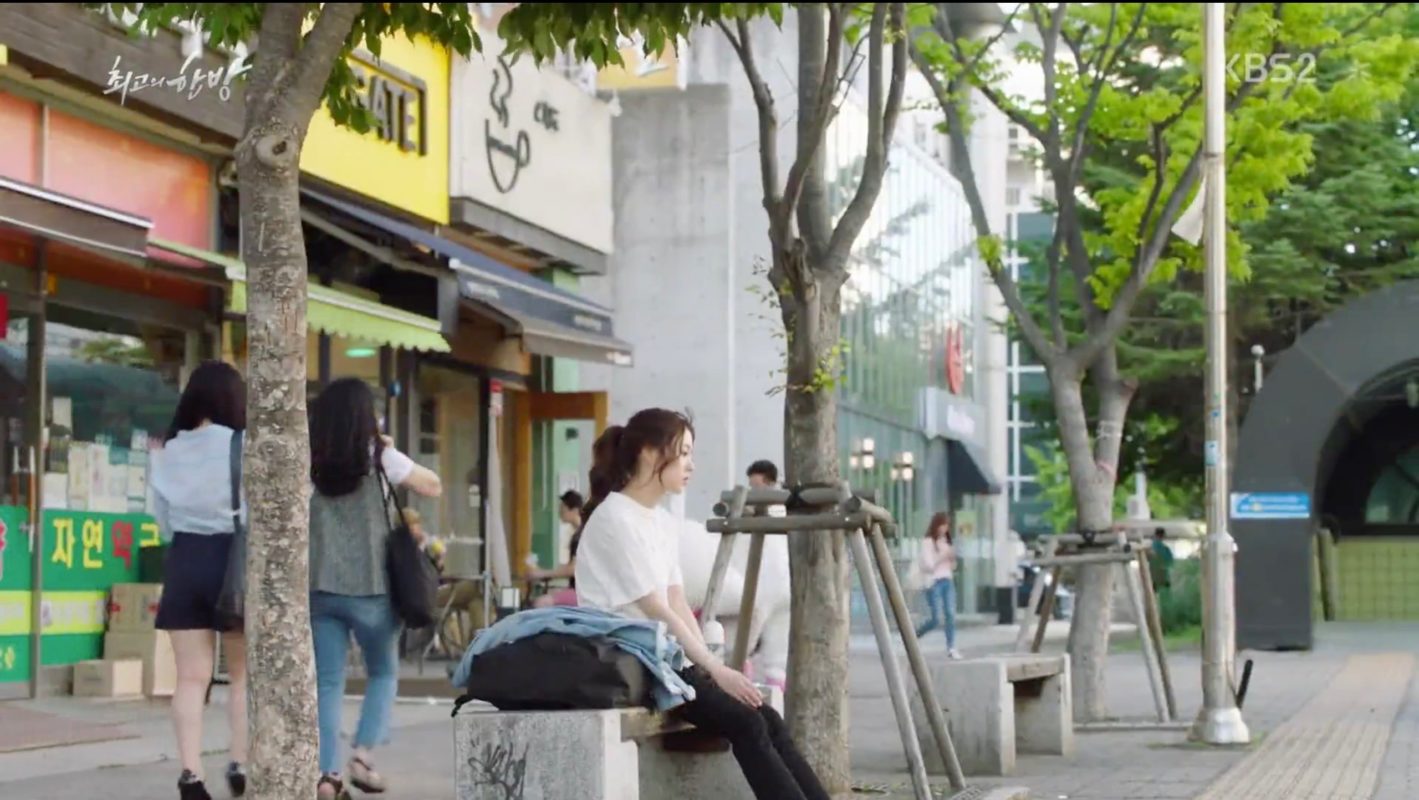 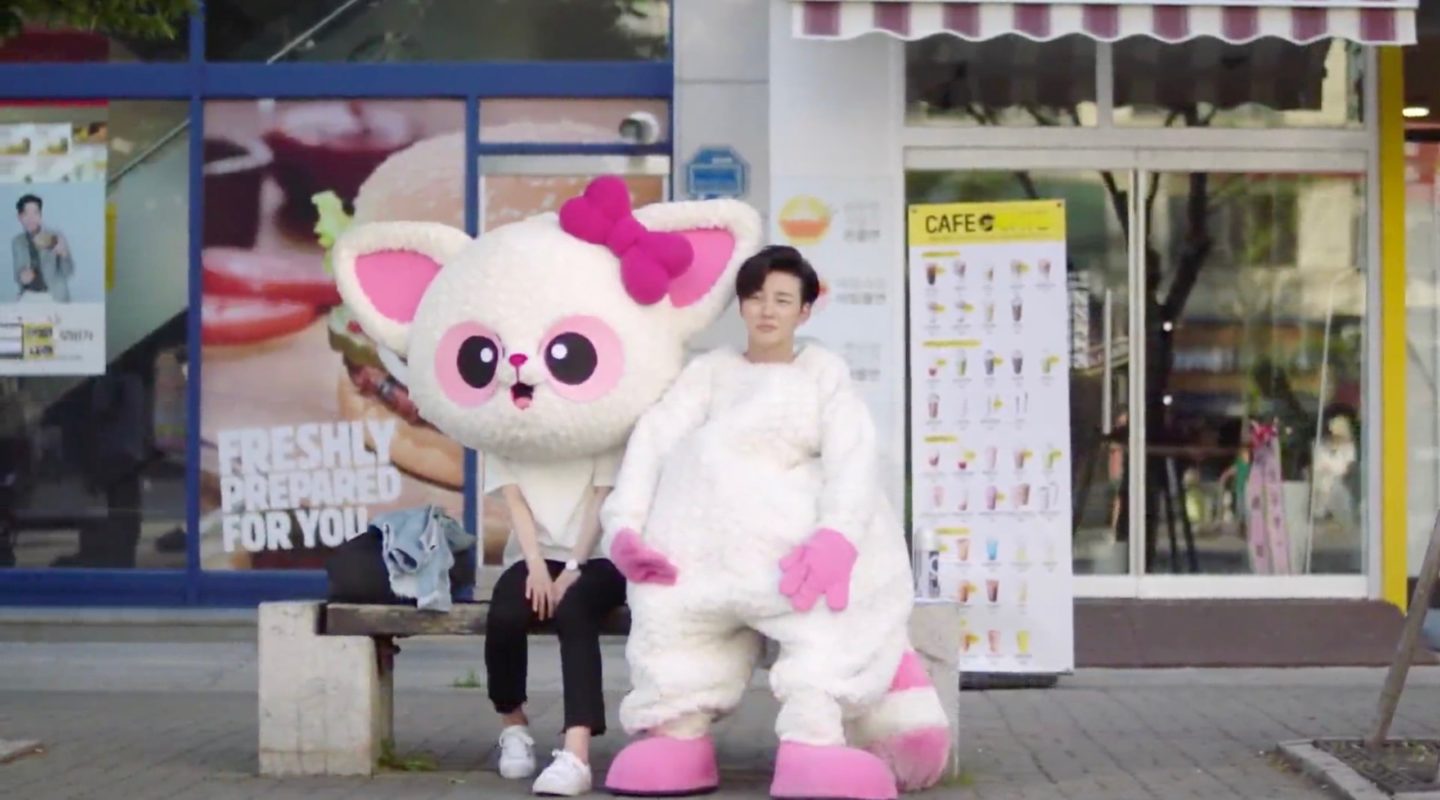 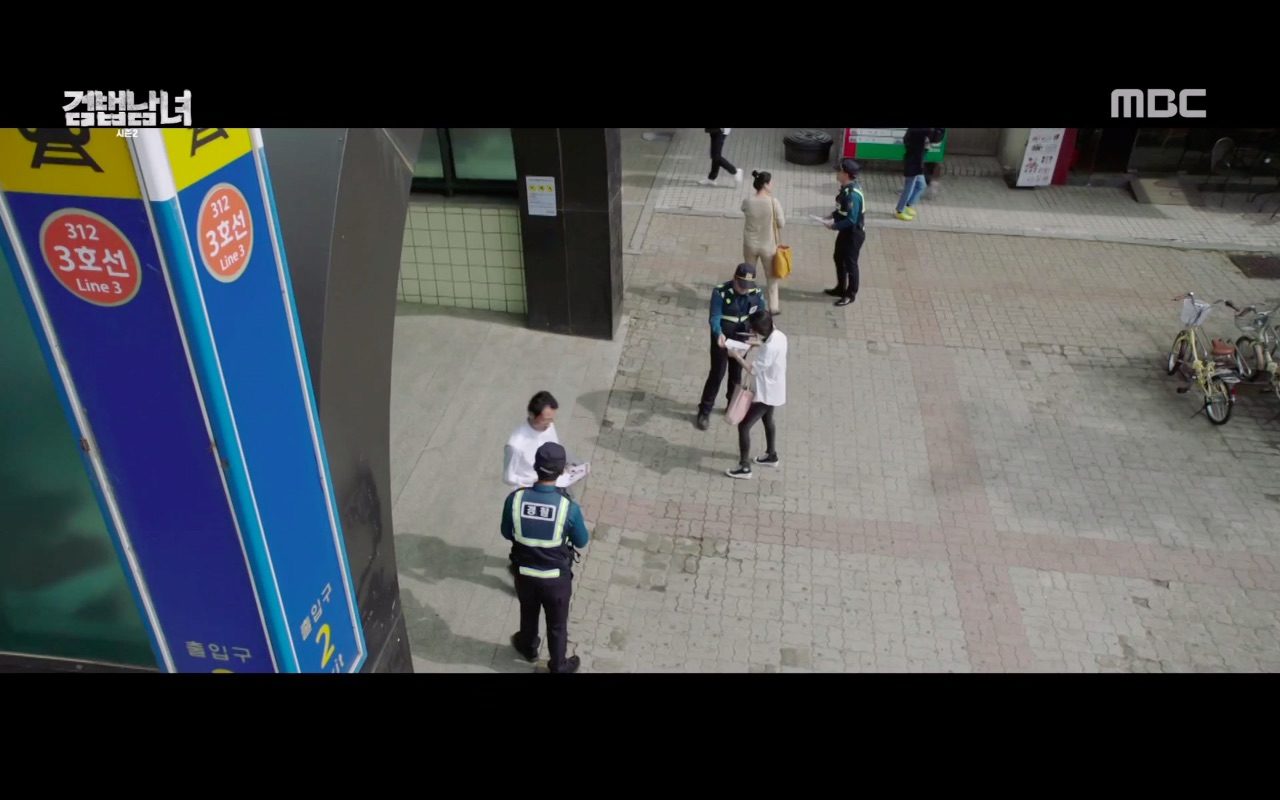 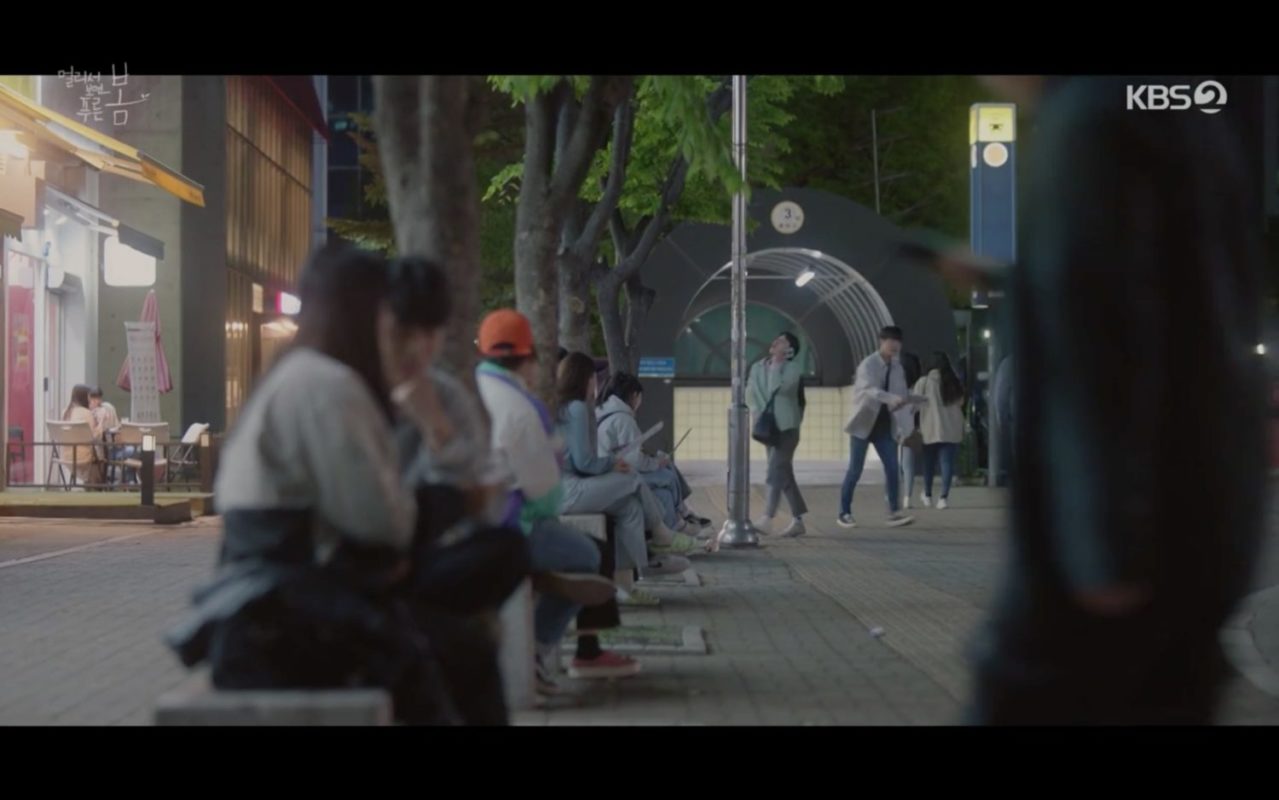 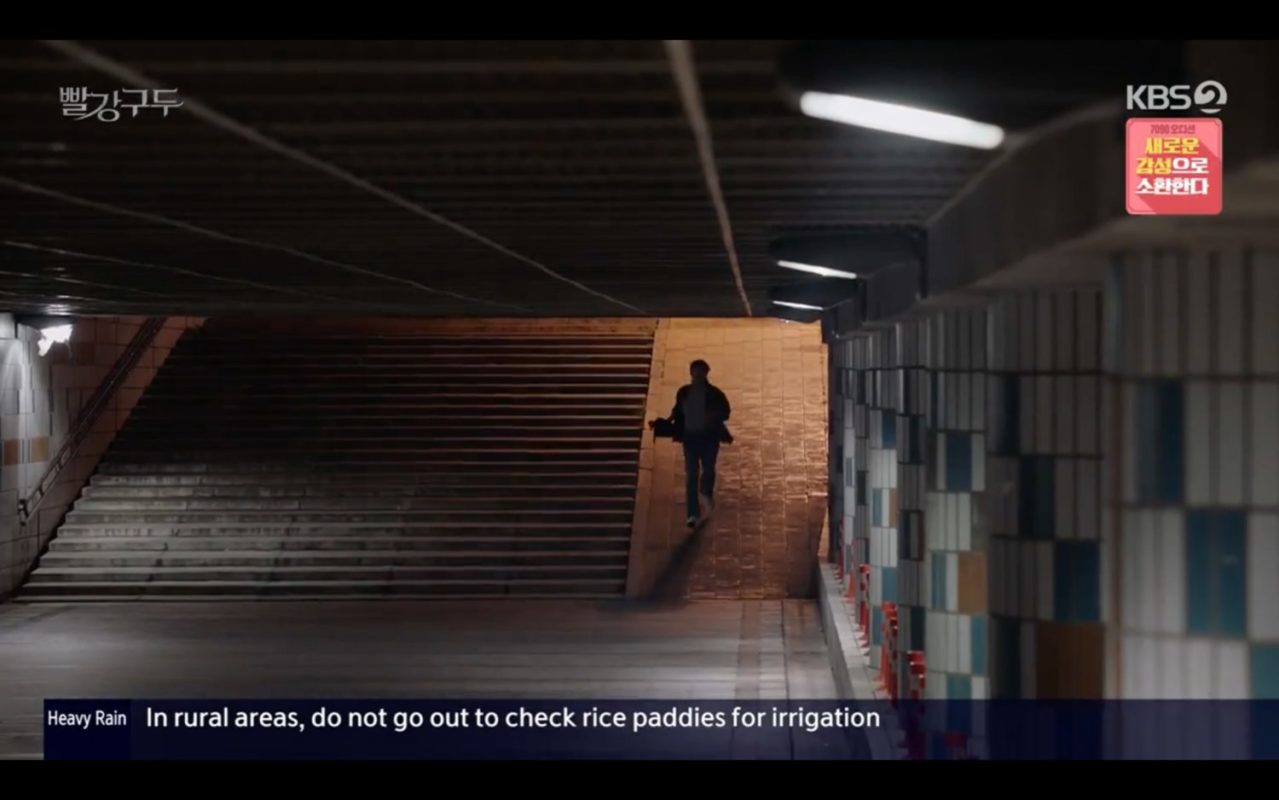 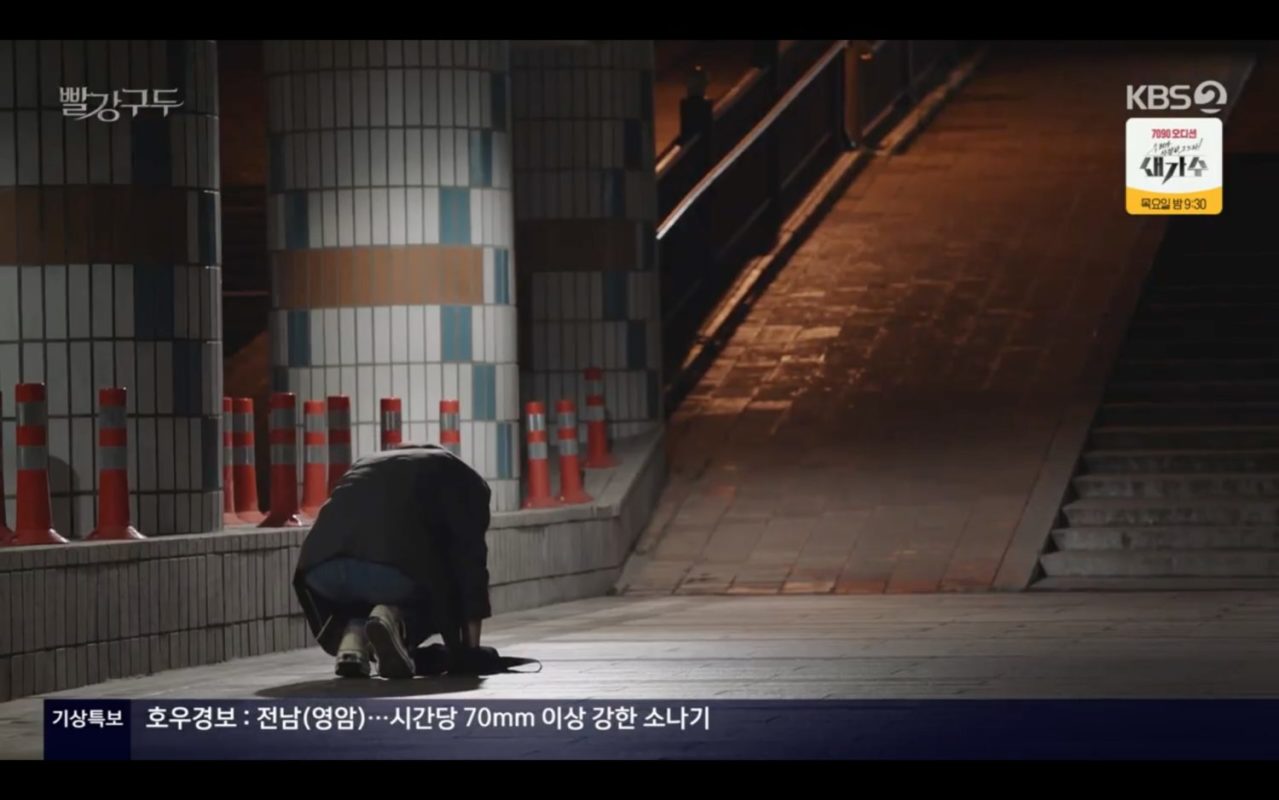 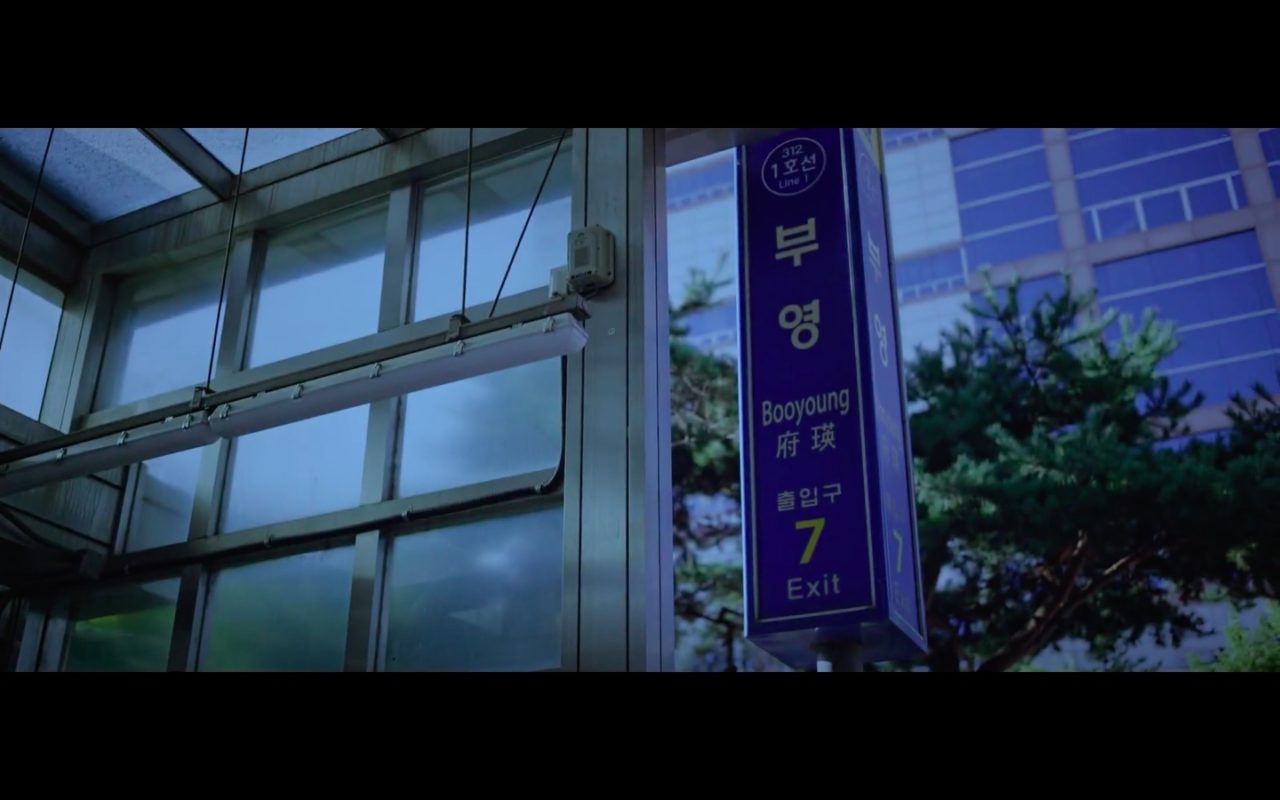 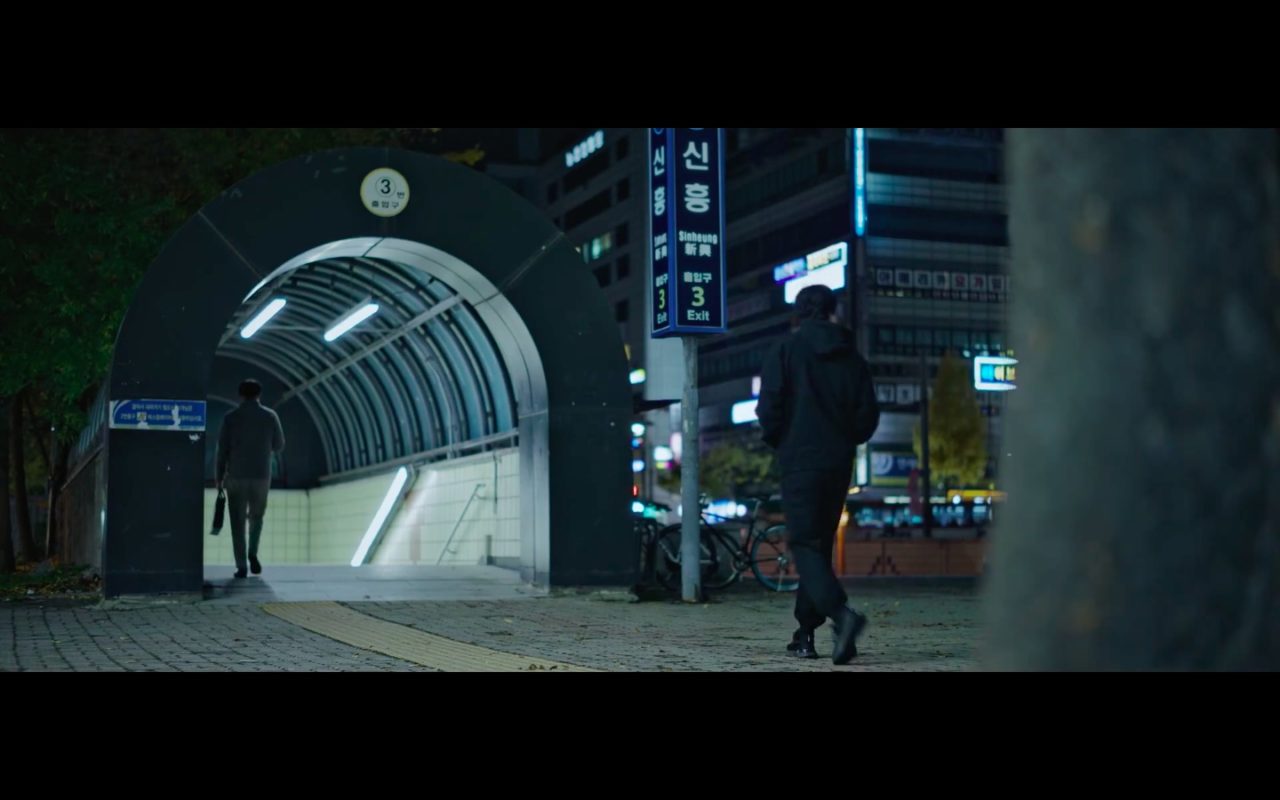 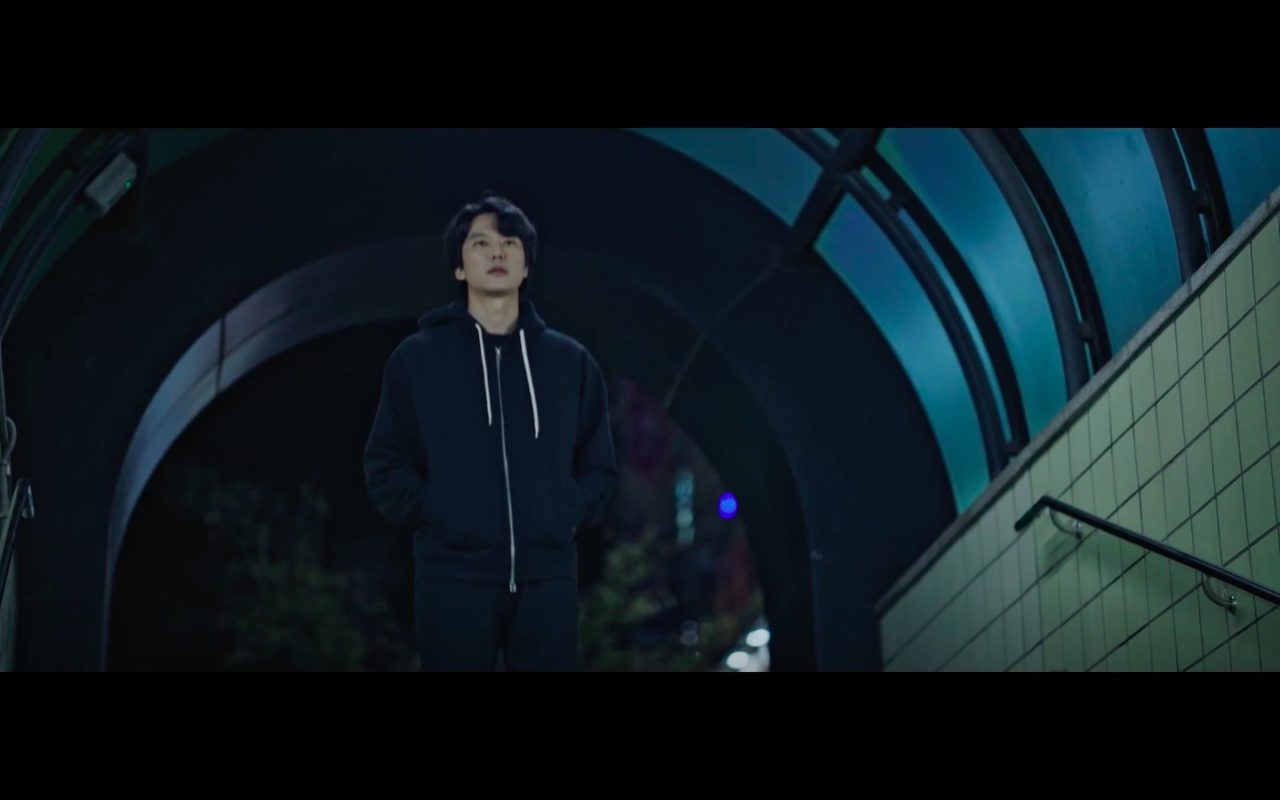 Exits 3 & 7 — Nam Ki-tae (Kim Joong-hee) heads up the stairs of this station’s Exit 7 (seen as ‘Booyoung Station’) in the wee hours of the morning after committing a murder in episode 7 of Through The Darkness/Those Who Read Hearts of Evil (악의 마음을 읽는 자들) (SBS, 2022). In episode 9, Song Ha-young (Kim Nam-gil) heads to this station’s Exit 3 (seen as ‘Sinheung Station’) after a night walk in the Southwestern murderer’s footsteps.

When Yoon Ki-seok (Park Yoon-jae) suggests to Gemma/Kim Jin-ah (So E-hyun) to give her money in return for a kidney in episode 9 of Red Shoes (Bbalgang Goodu/빨강 구두) (KBS2, 2021), she runs into this station and breaks down in tears.

Exit 2 — Police officers are shown handing out fliers in front of this subway station’s exit 2 in episode 14 (full episode 7) of Partners for Justice 2/Investigation Couple 2 (검법남녀 2) (MBC, 2019), to notify the public about the revelation that former murder suspect Oh Man-sang (Kim Do-hyeon) is still alive.

It is at Madu Station’s underpass that Park Mi-so (Yoon Da-young) asks her unemployed boyfriend Cha Do-jin (Park Sung-hoon) all sorts of questions concerning his earnings, savings and future job options in episode 7 of Rich Man (리치맨) (MBN/Dramax, 2018), which finally makes her conclude that its best to break up with him.

Exit 3 — Choi Woo-seung (Lee Se-young) distributes flyers in an animal costume for her part-time job at Exit 3 of this station in episode 11 of The Best Hit (최고의 한방) (KBS2, 2017). Later, she asks Yoo Hyun-jae (Yoon Si-yoon) to help her out and in turn, pay off part of his debt.

Exit 6 — When wanting to return home after the hanbok competition, Jang Bo-ri (Oh Yeon-seo) realizes that she doesn’t have enough money for the subway in episode 13 of Jang Bo-ri Is Here!/Jang Bori Is Here/Come! Jang Bo-ri (왔다! 장보리) (MBC, 2014). As she asks a street seller if she has a bit of change to spare in front of Exit 6 of this station, Soo Bong (Ahn Nae-sang) steps in and offers her money for the ride.

Madu Station’s landmark is a pedestrian underpass underneath Jungang-ro that not only connects Exits 2 and 3 on Madu Station’s West as well as Exits 6 and 7 at its East, but also two public parks: Nagmin Park [낙민공원] and Gangchon Park [강촌공원]. It is also this underpass that is mostly featured in K-Dramaland.