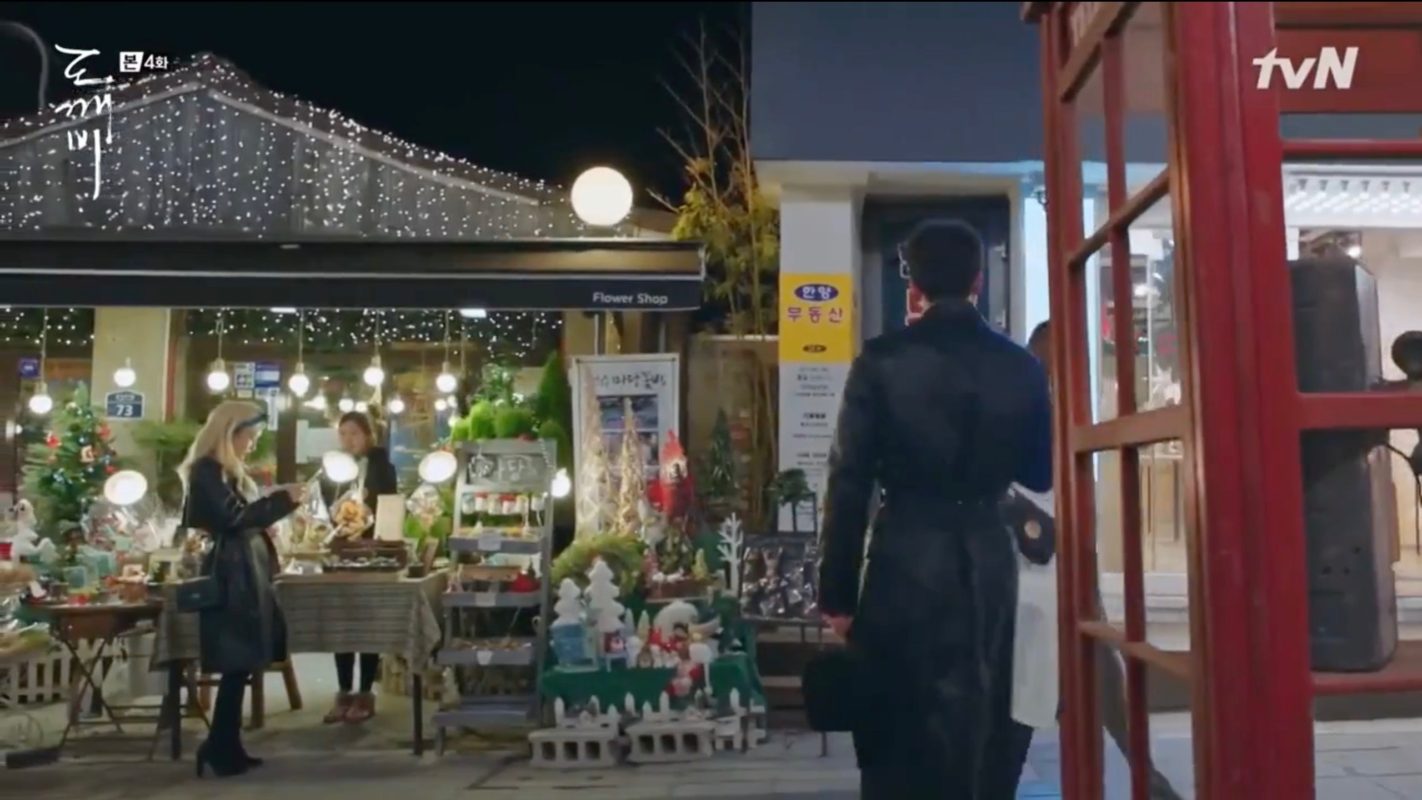 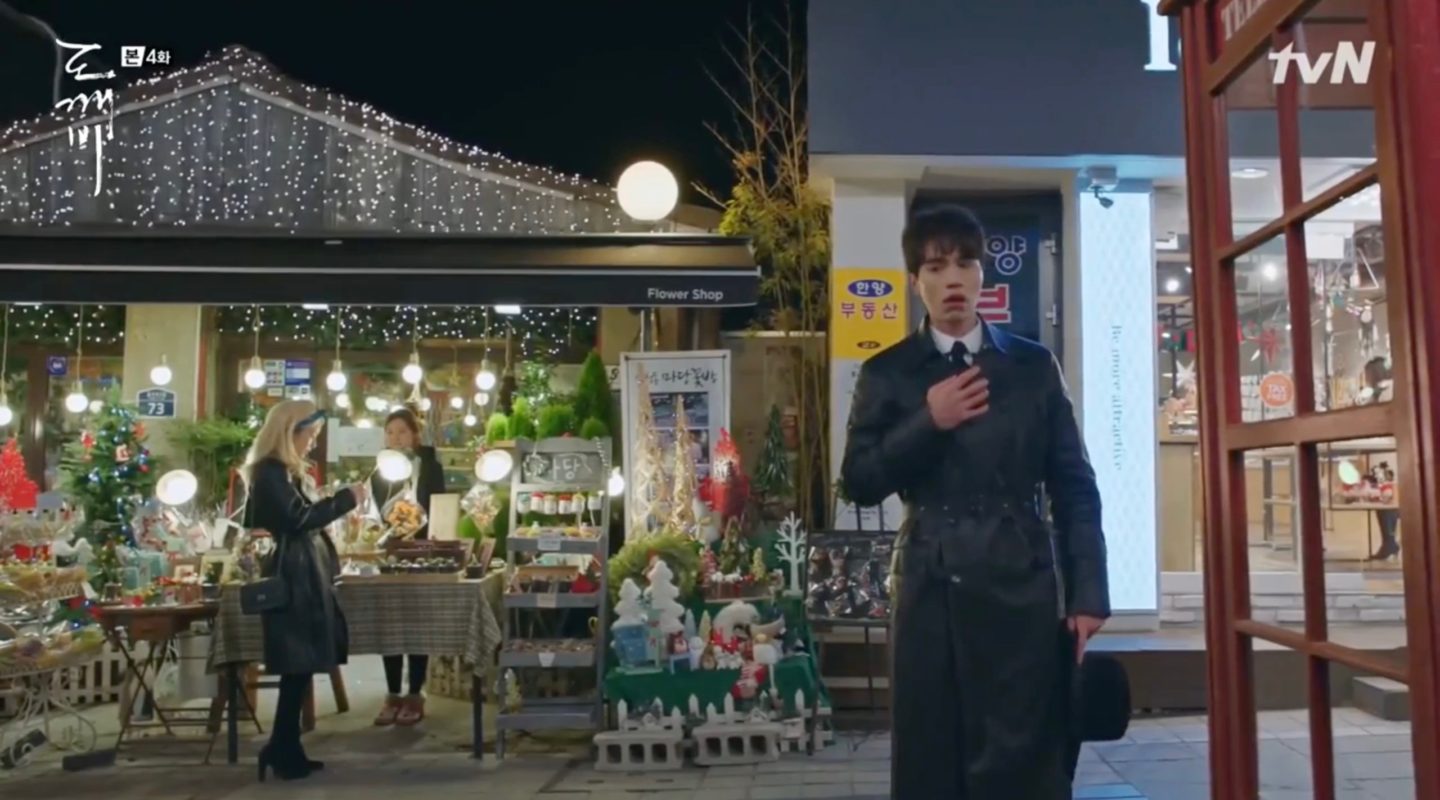 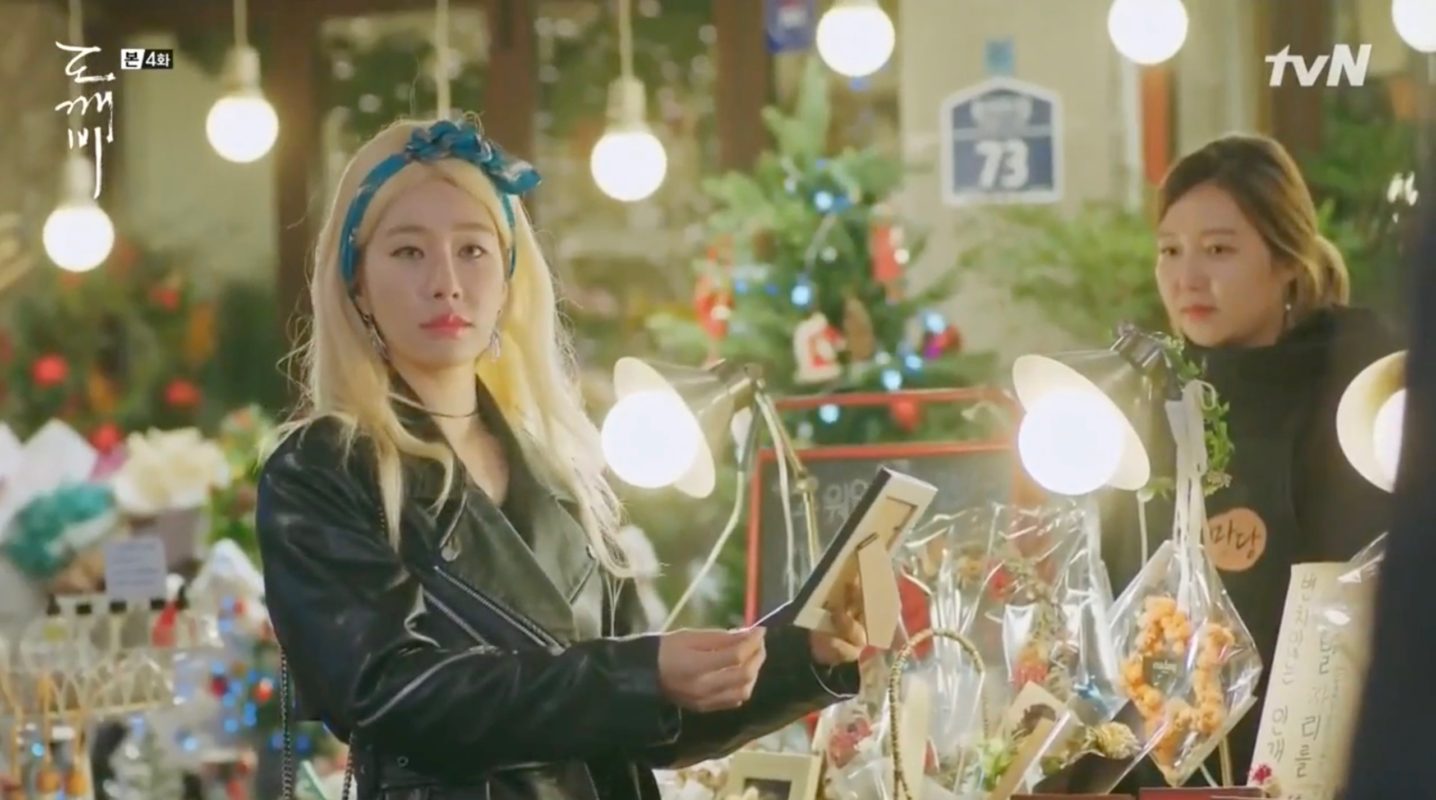 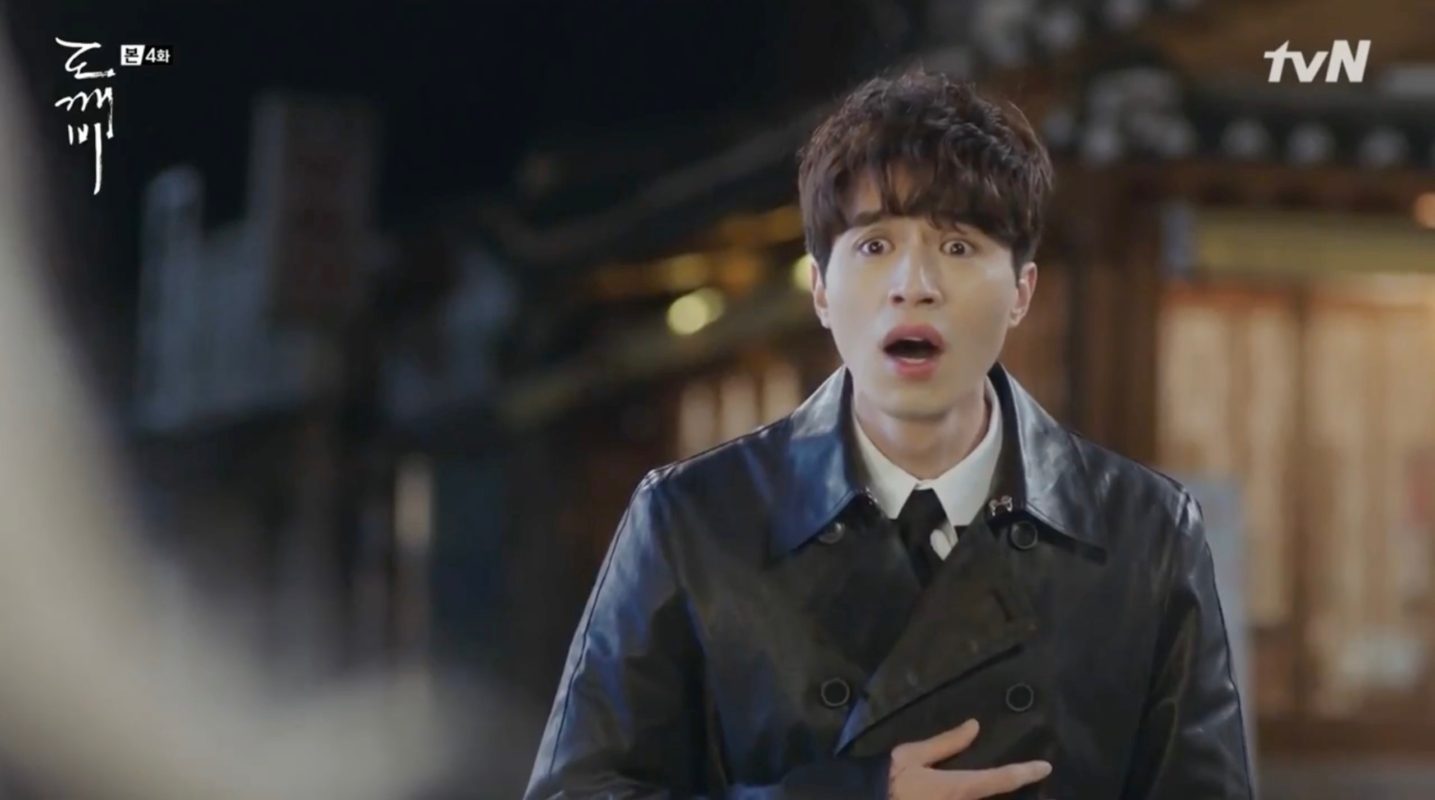 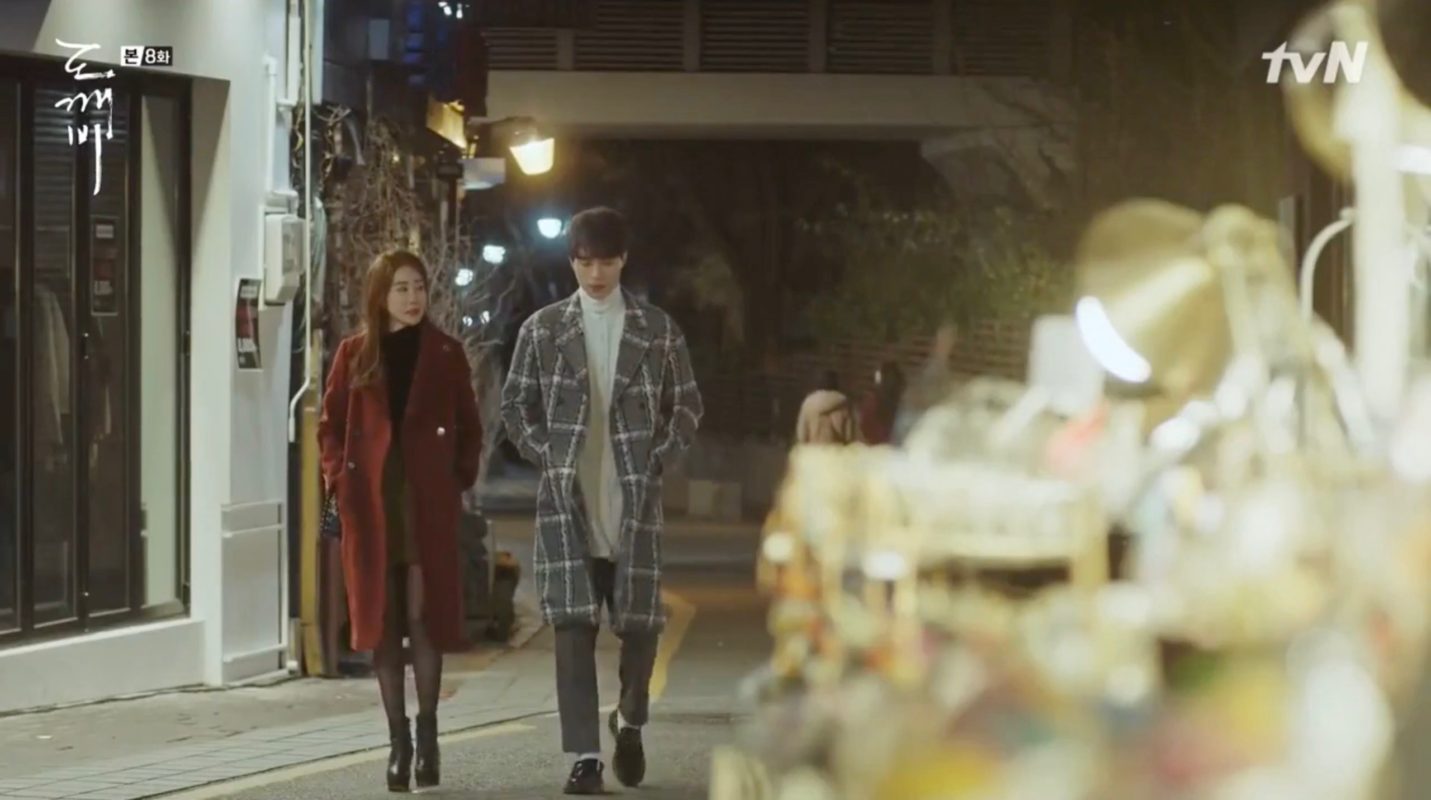 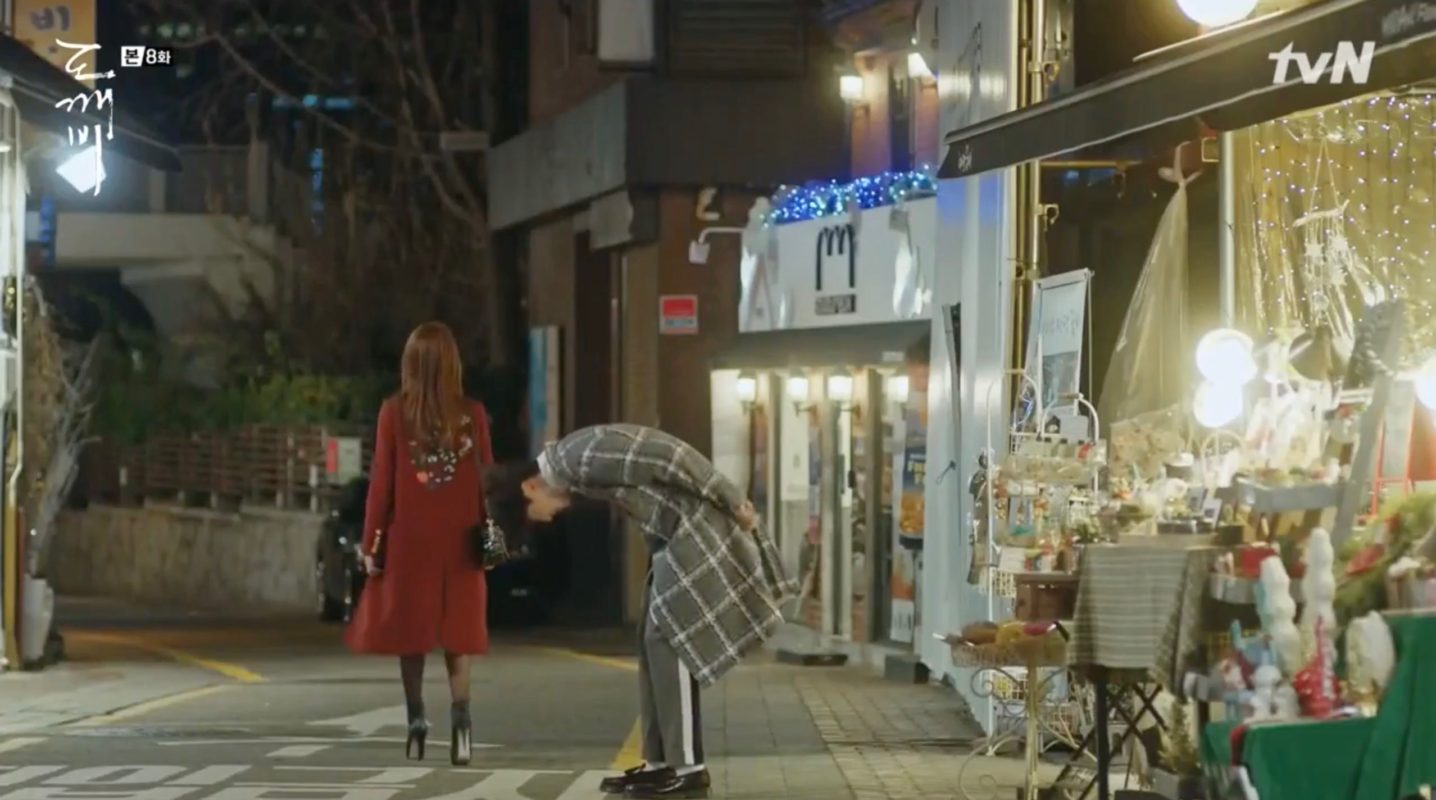 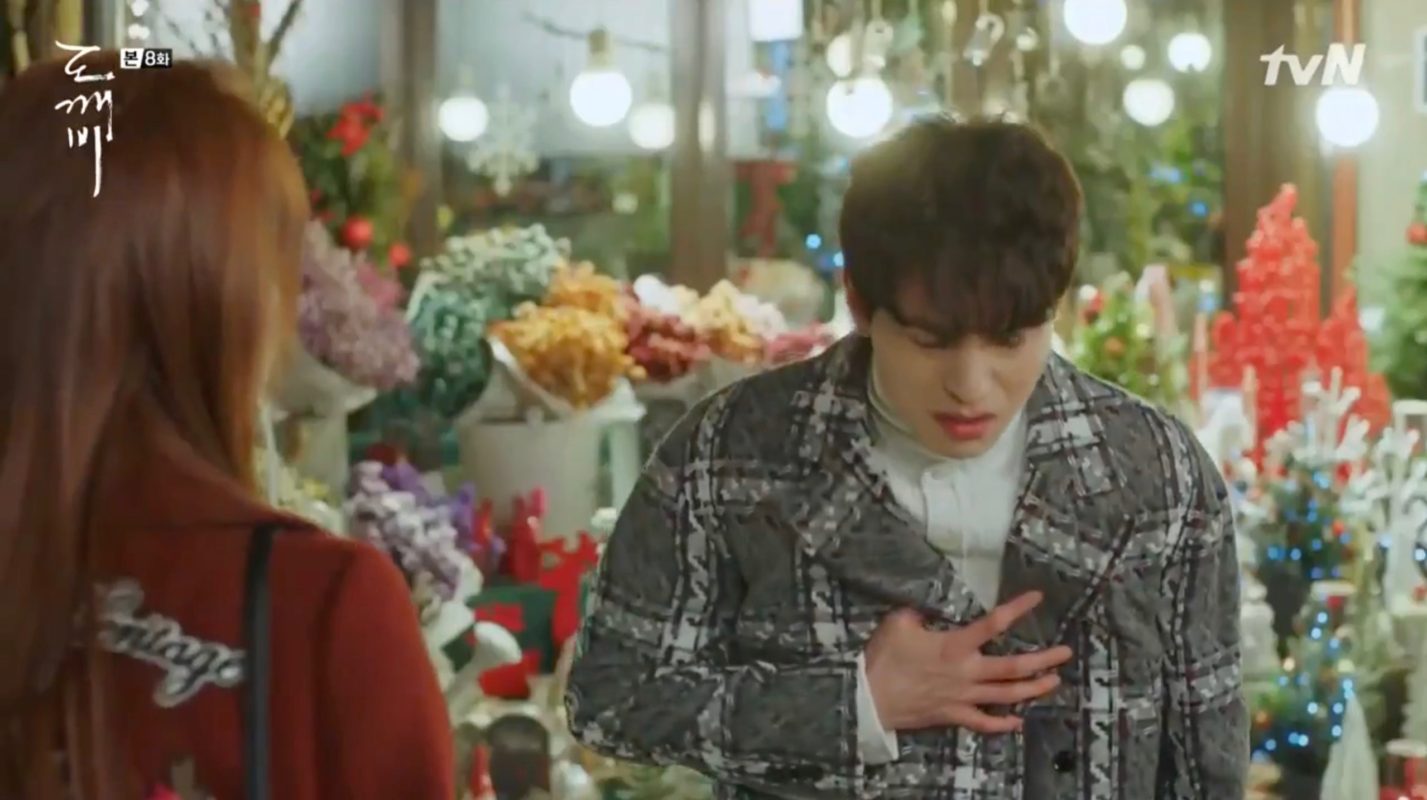 In episode 4 of Goblin/Guardian: The Lonely and Great God (쓸쓸하고 찬란하神 – 도깨비) (tvN, 2016-17), the Grim Reaper (Lee Dong-Wook) doesn’t get Sunny (Yoo In-Na) aka Kim Sun out of his mind. Walking down the street, he sees her in every single woman he passes by – one of them is standing in front this flower shop. In episode 8, Sunny (Yoo In-Na) and the Grim Reaper take a walk and come to a halt in front of this shop. They keep on chatting until the Reaper gets severe heart pains and decides to stop the conversation and send Sunny home (not before erasing her memory of their moment together, of course). The pain is caused by Kim Shin (Gong Yoo) who is about to launch a lantern at Seoknamsa Temple in memories of his sister; the Grim Reaper’s lover in Joseon times.

Madang Flower Café [마당플라워카페], opened in 2013 in a converted garage and closed in 2016, was a flower café located on Yulgok-ro 3-gil [율곡로3길] in Seoul’s neighborhood of Sogyeok [Sogyeok-dong/소격동] in the Jongno District [Jongno-gu/종로구].