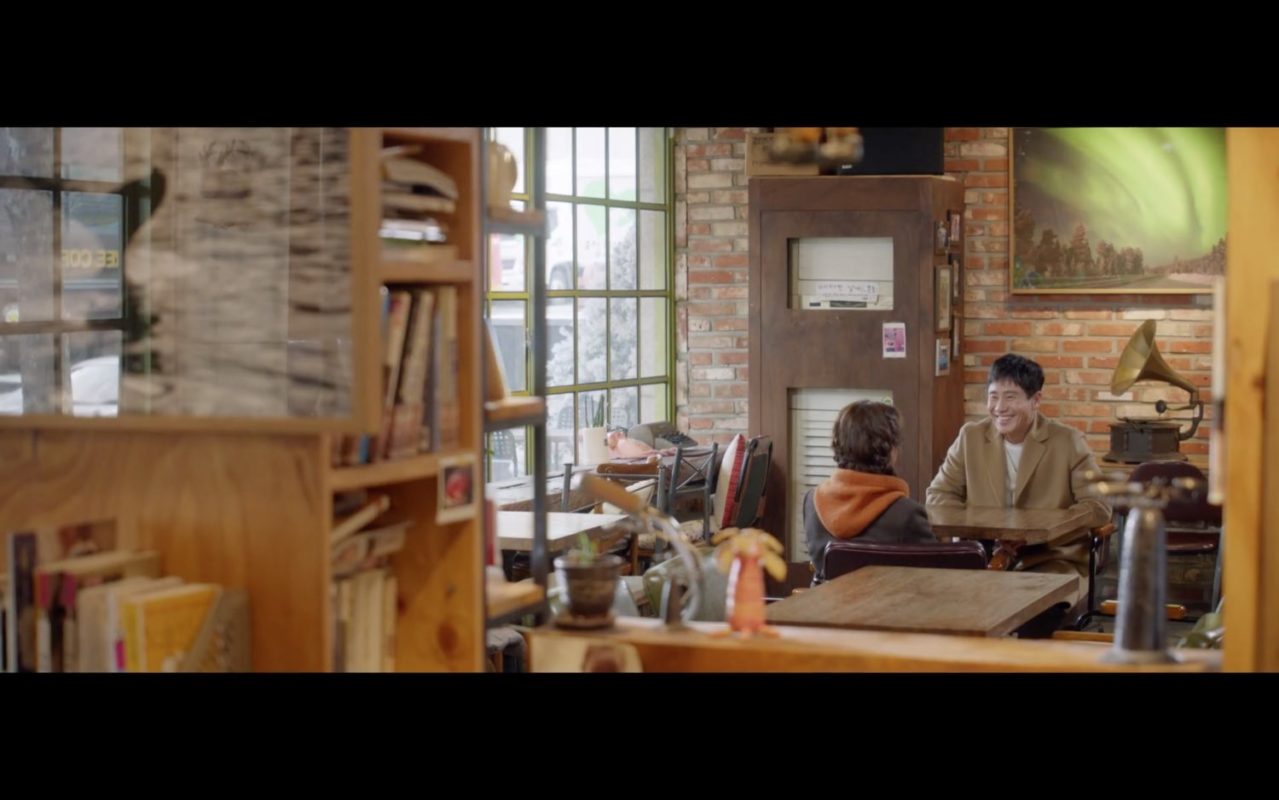 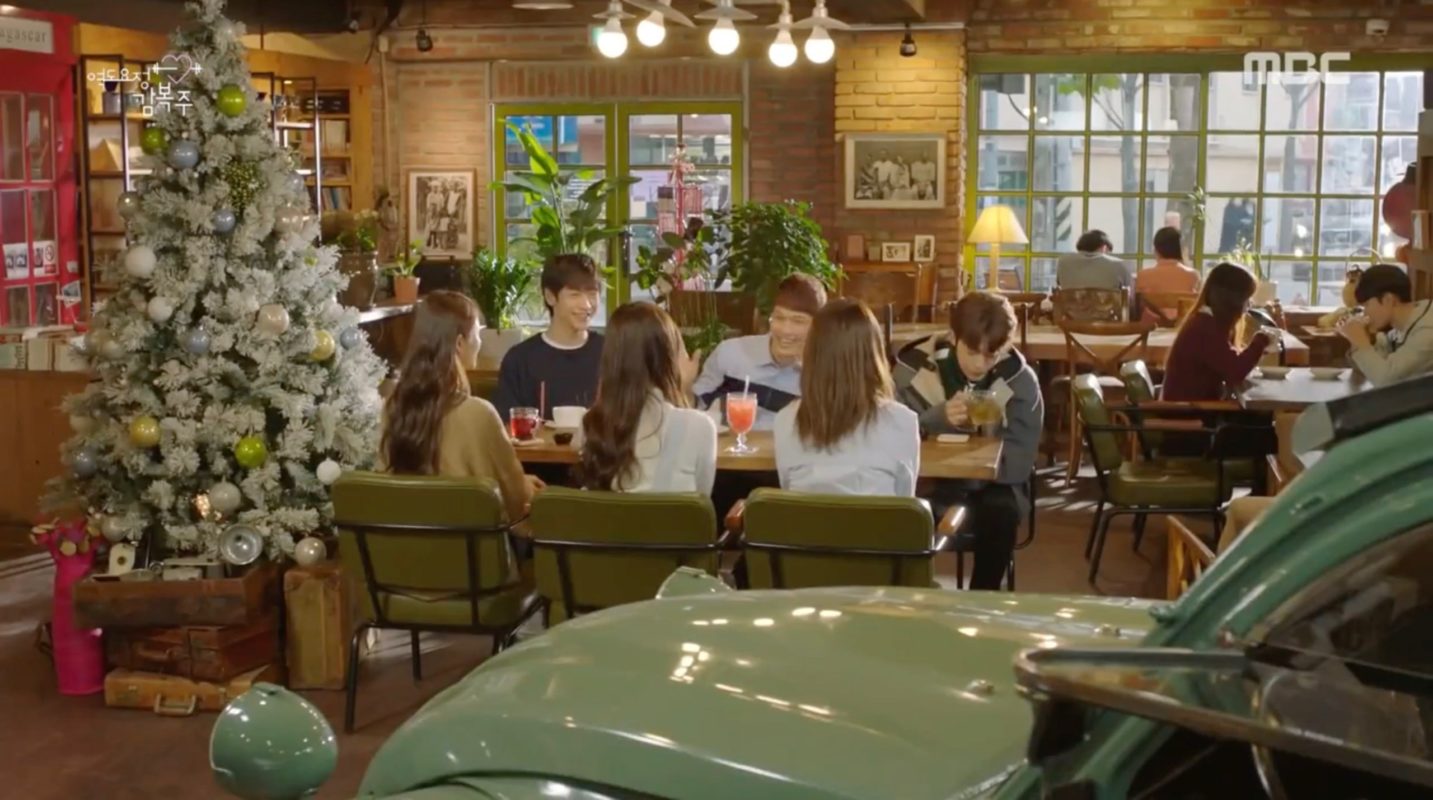 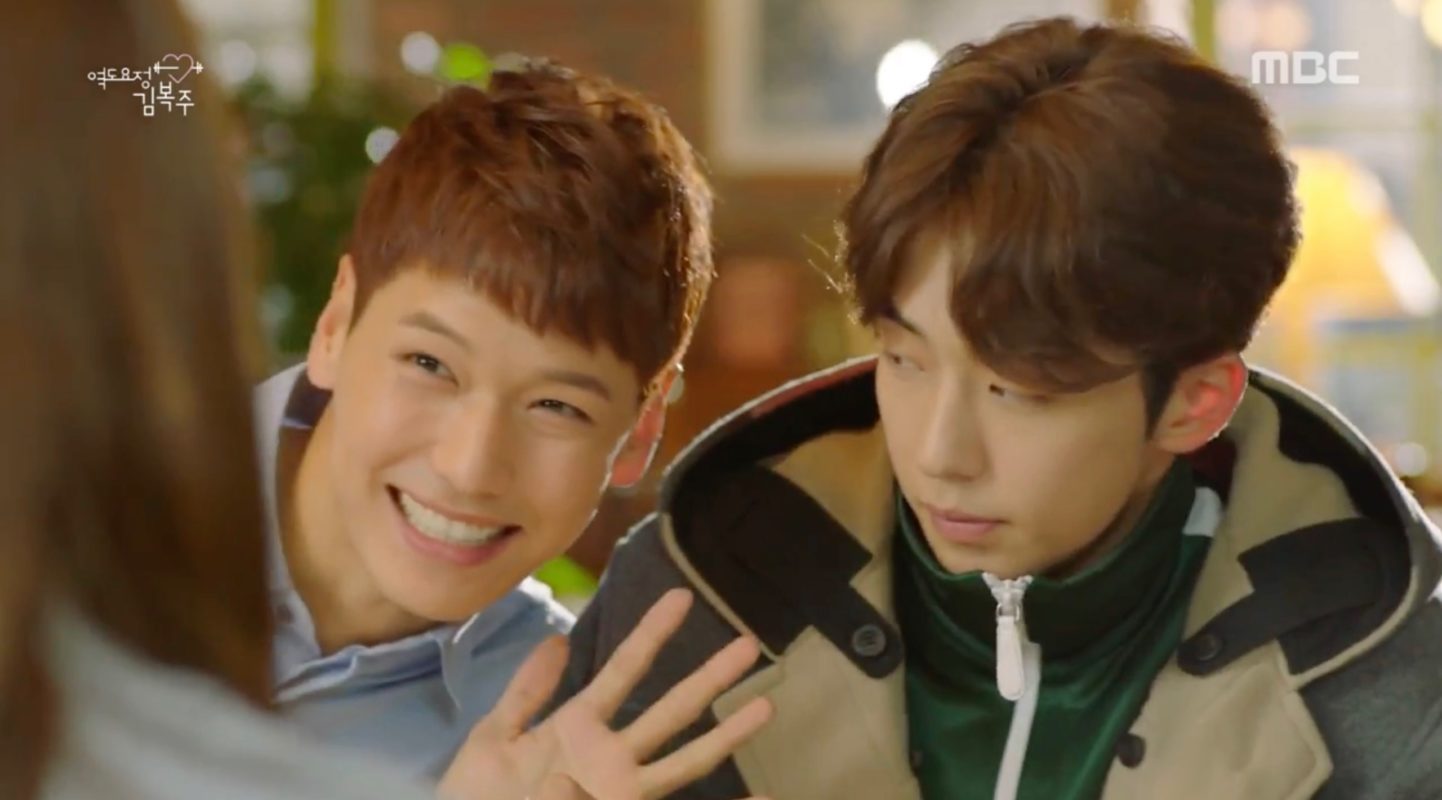 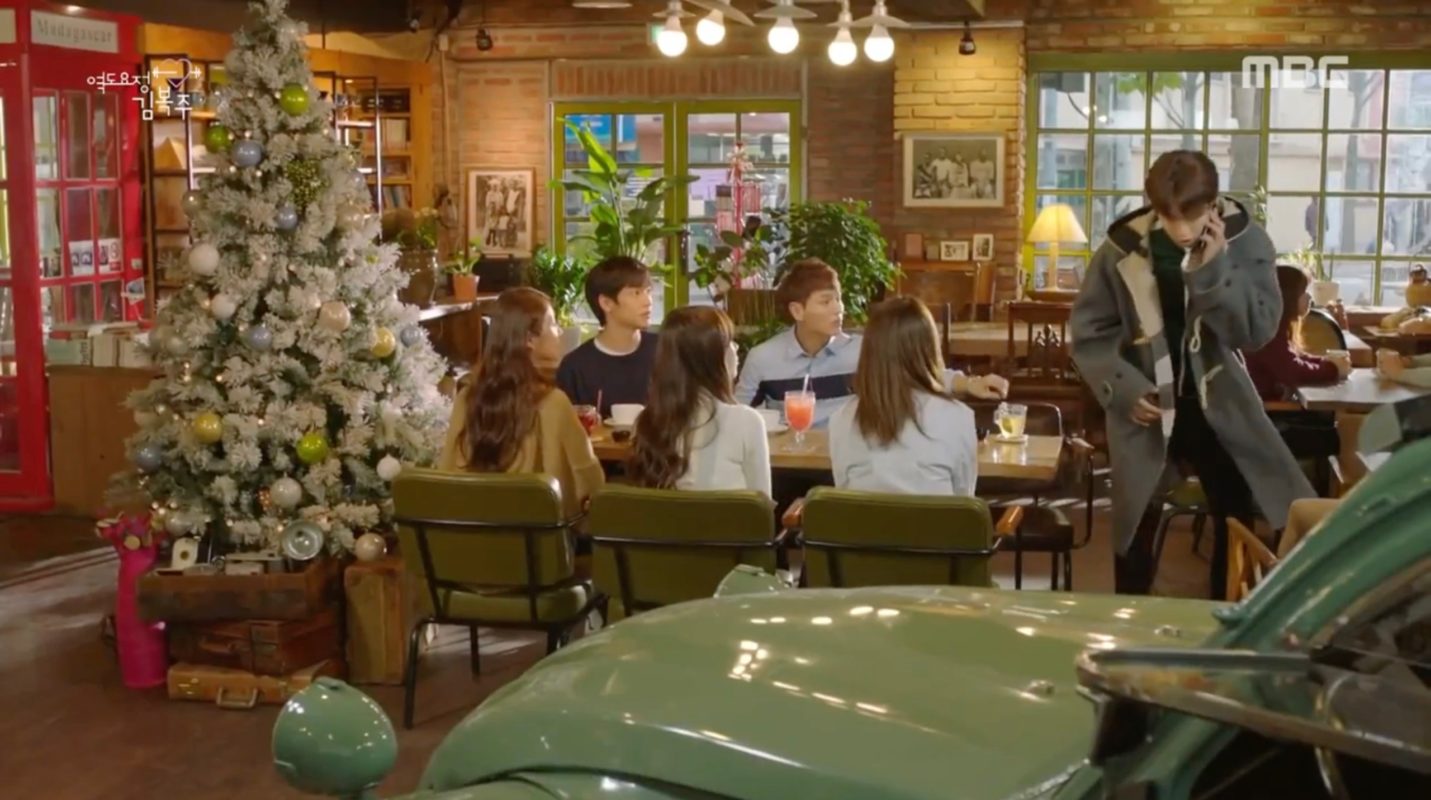 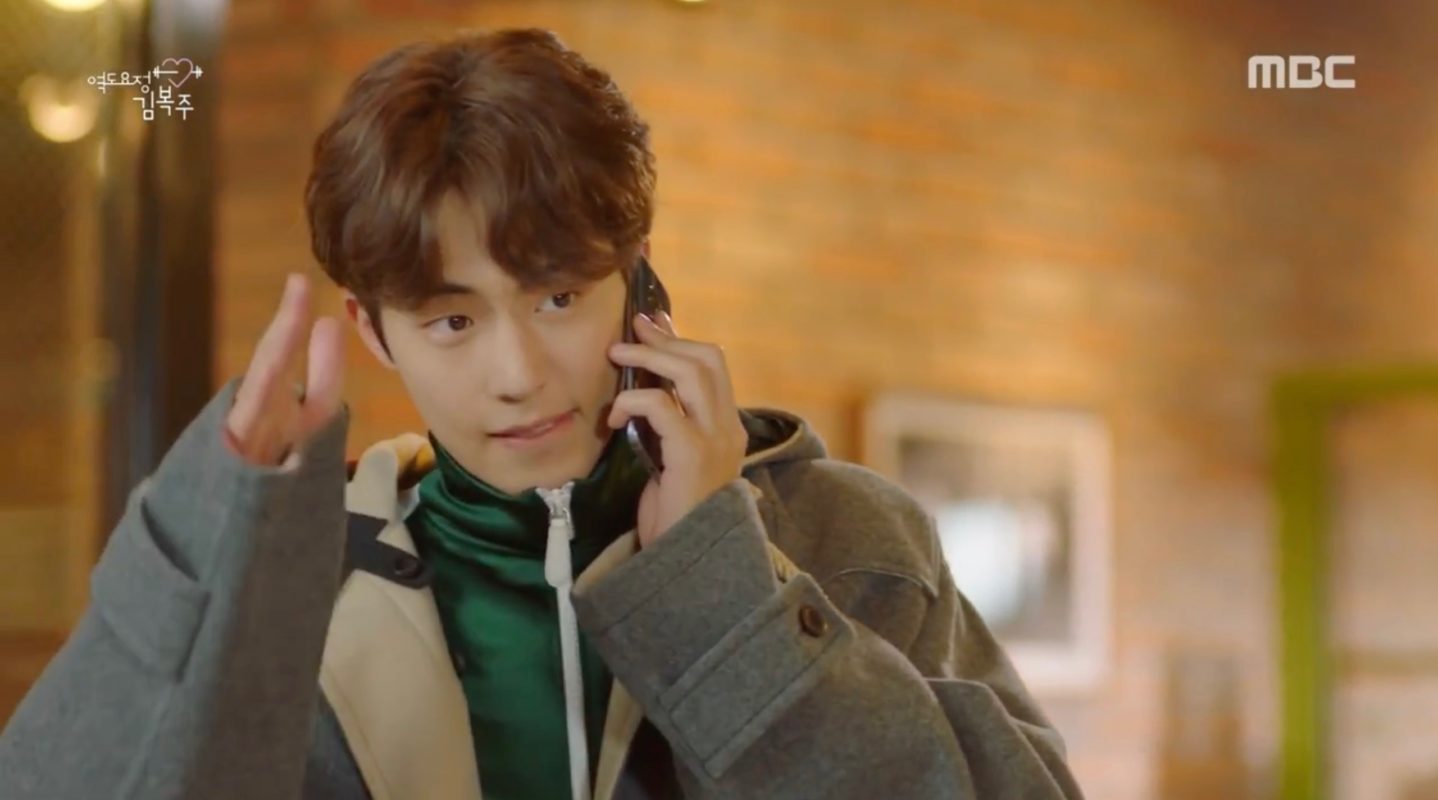 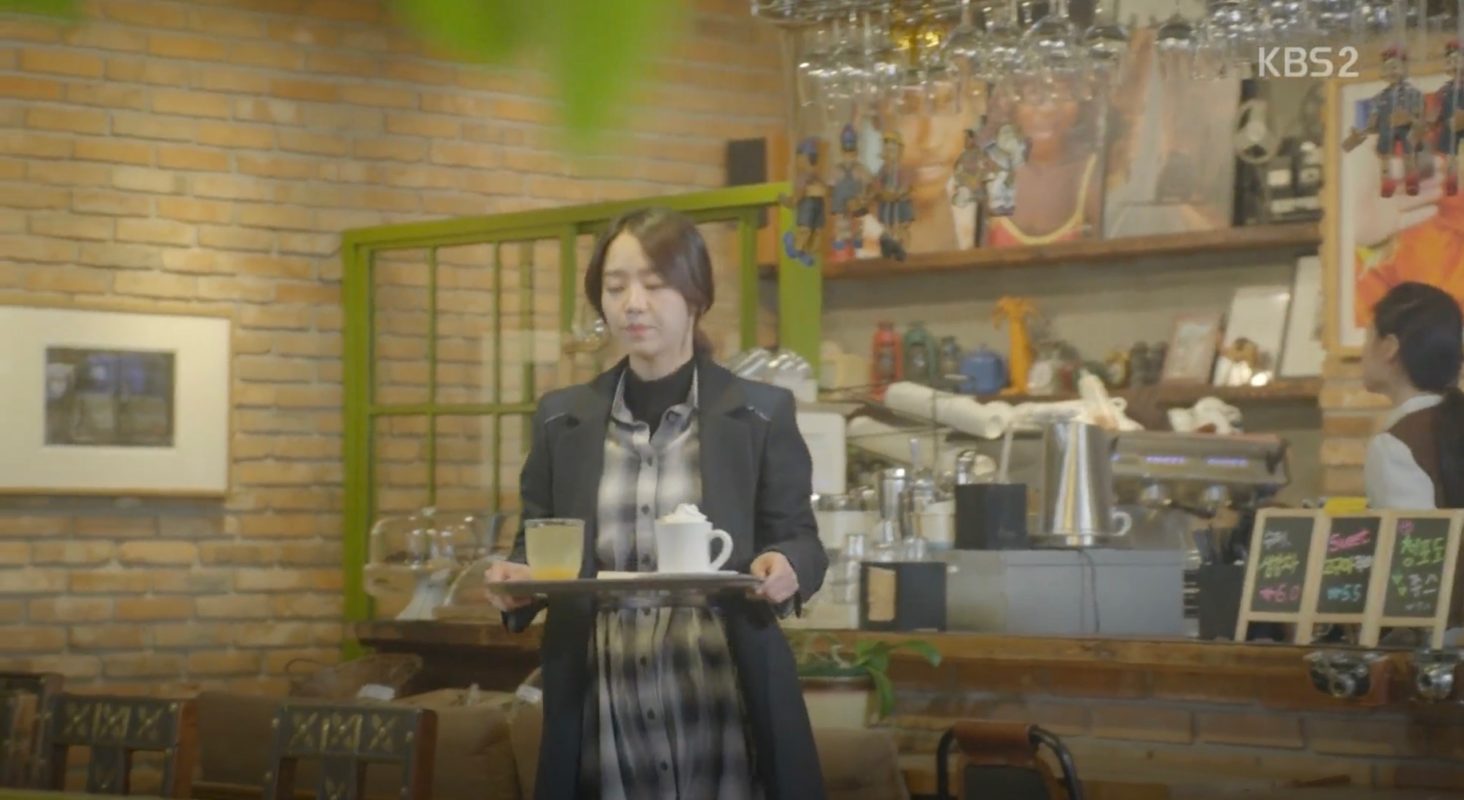 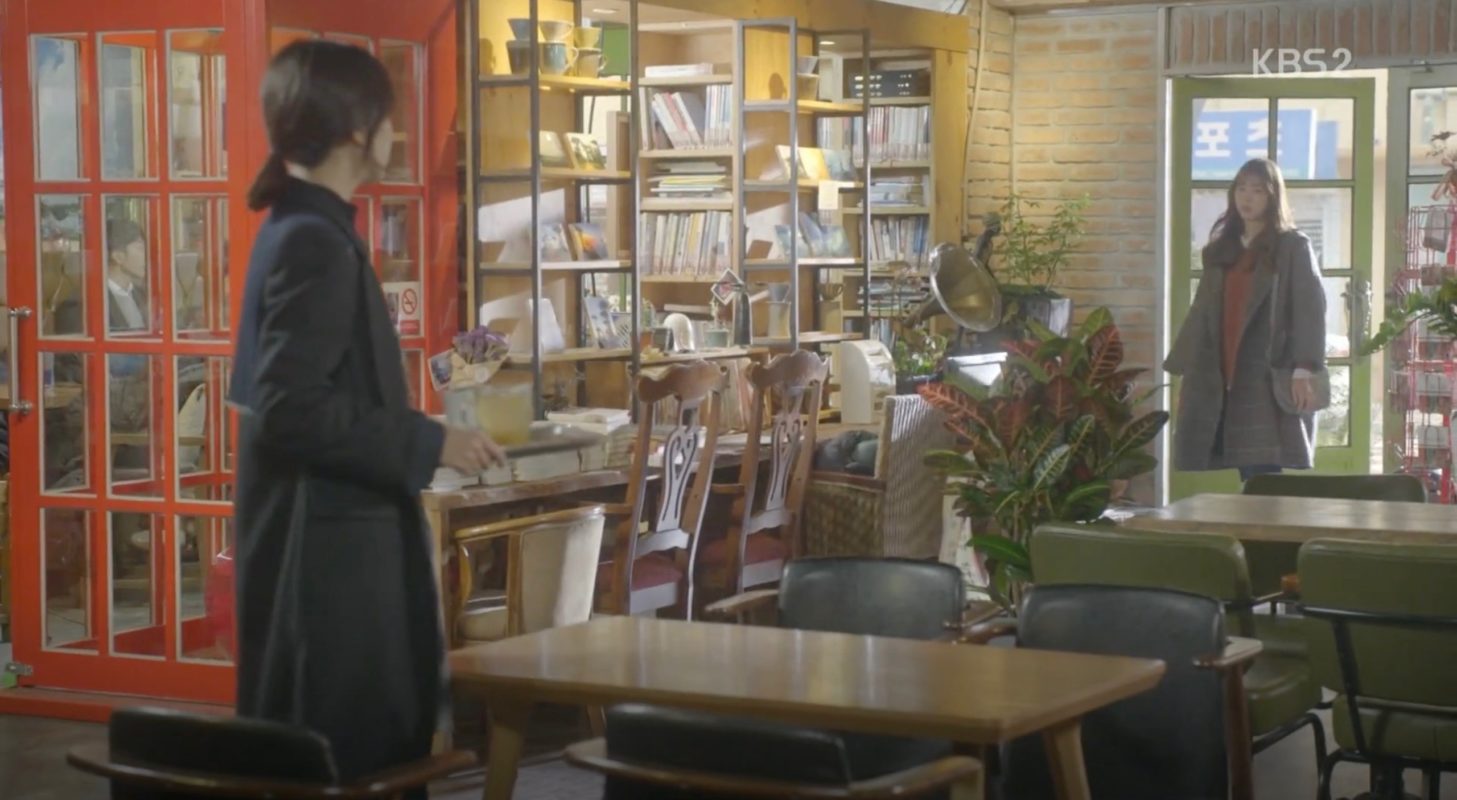 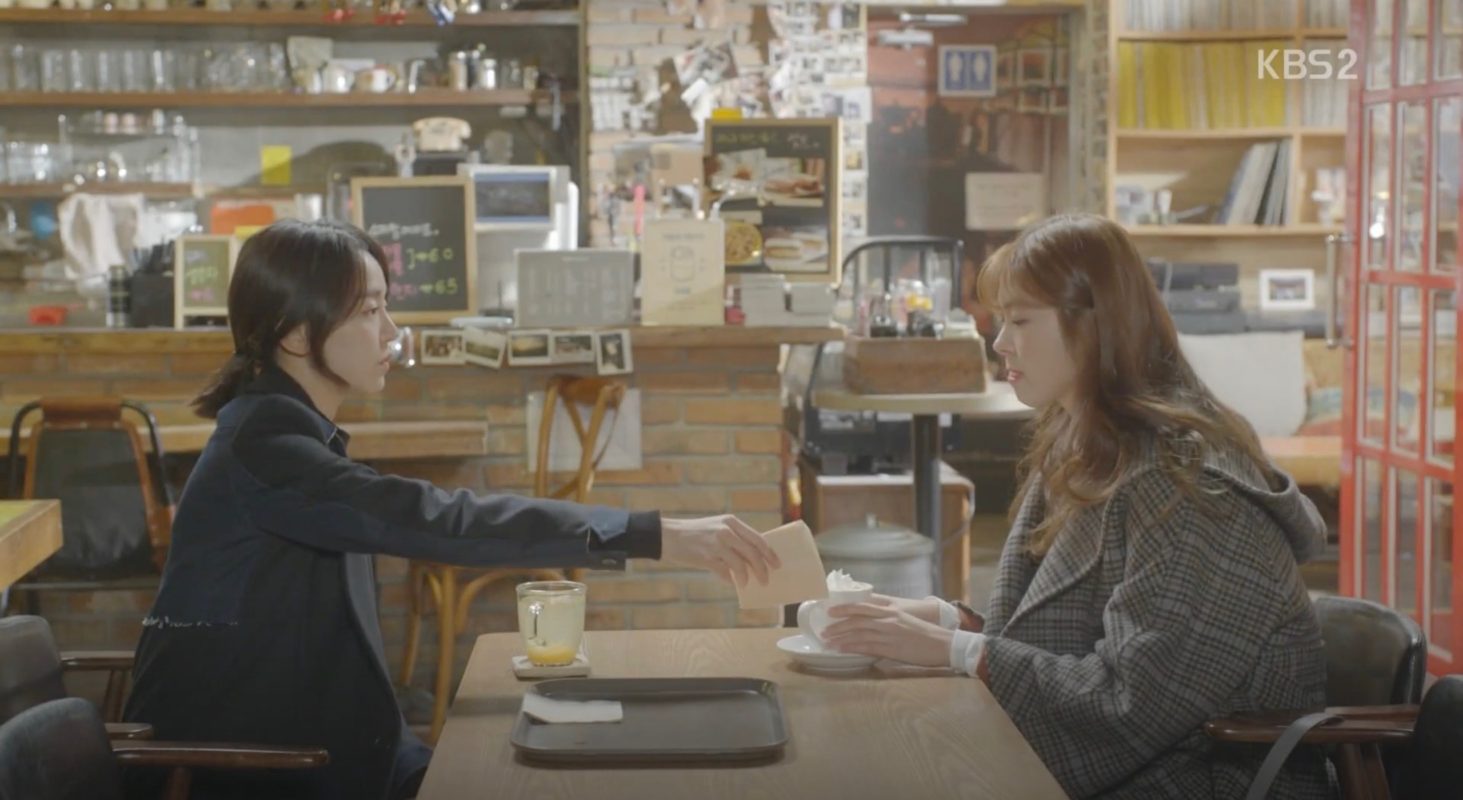 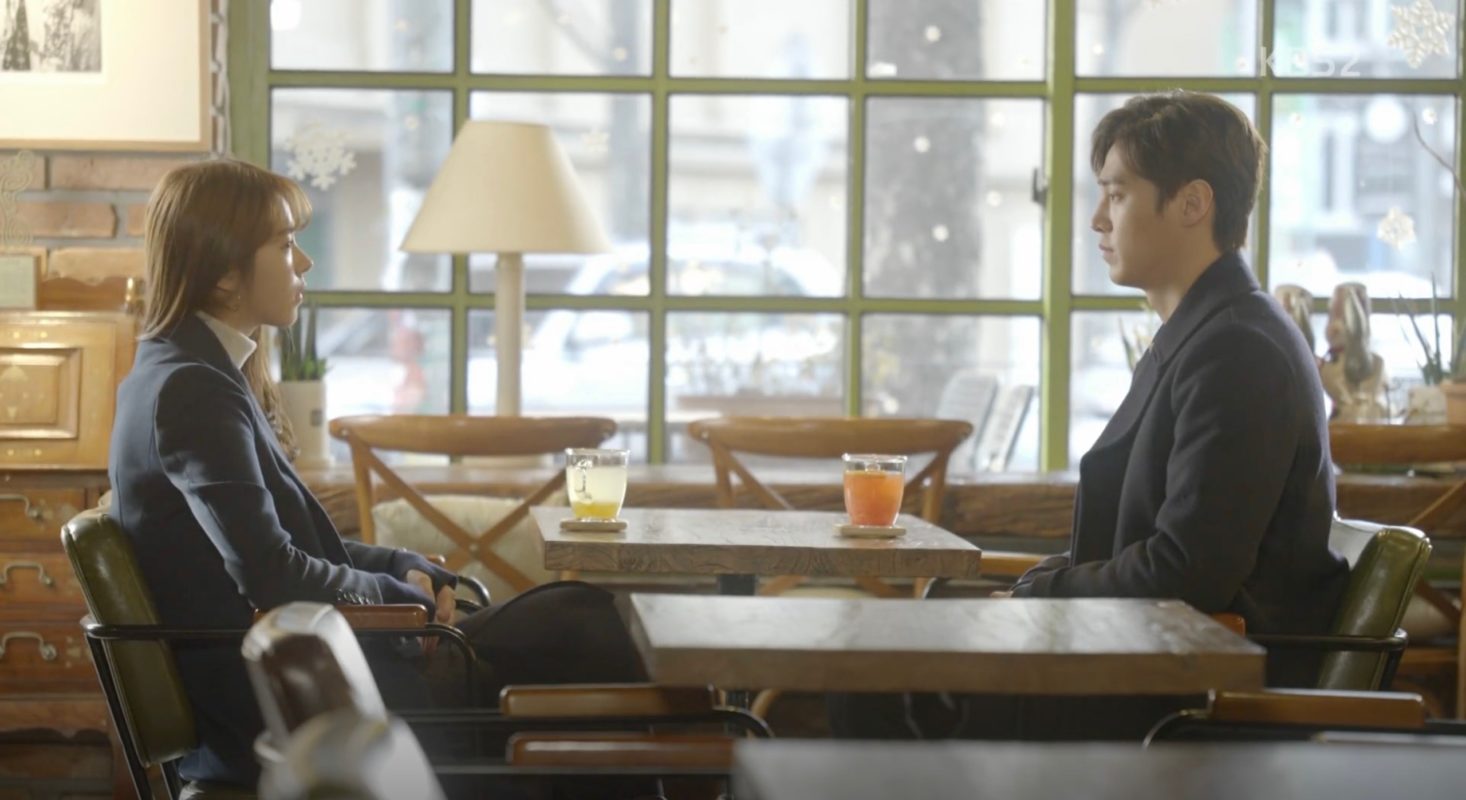 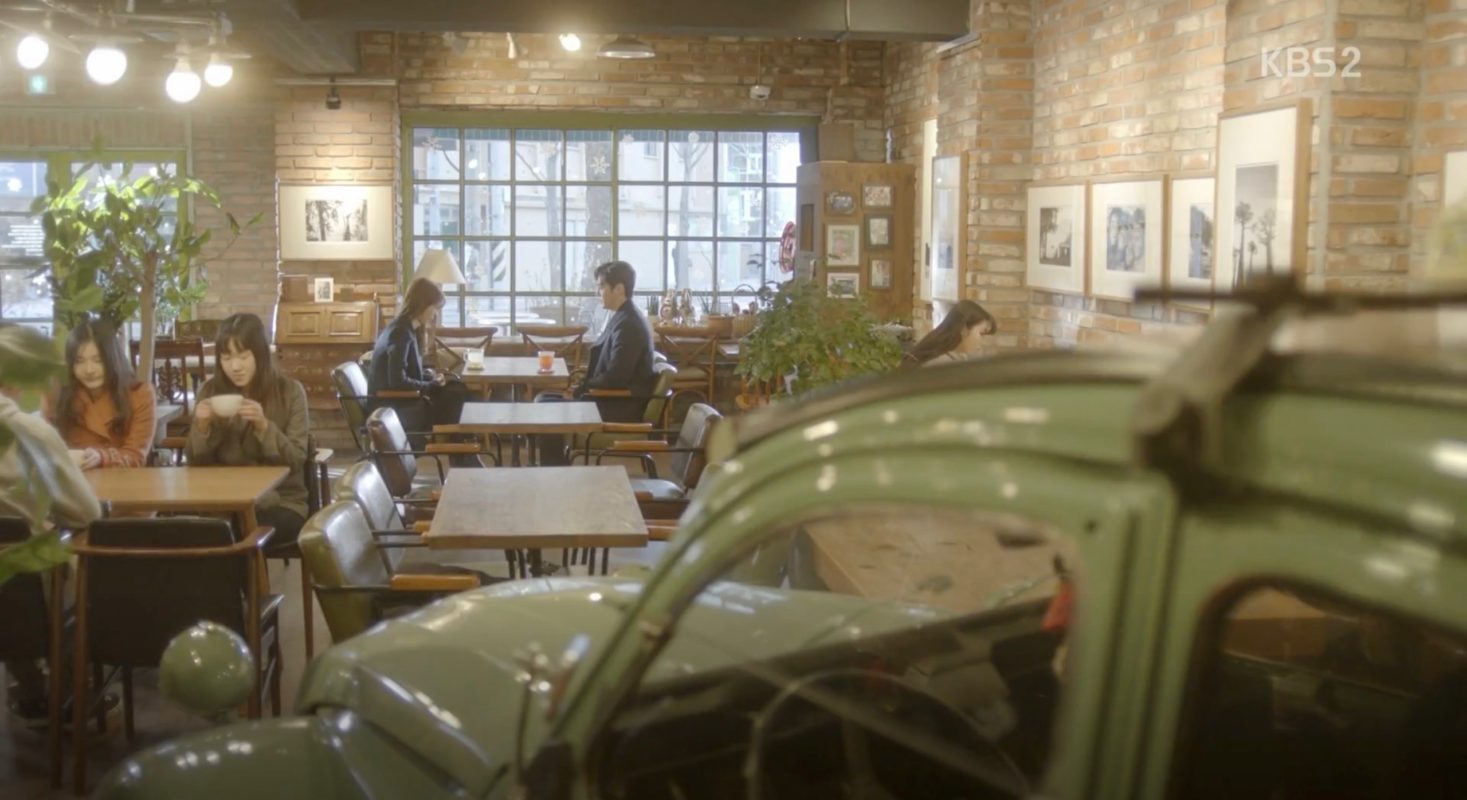 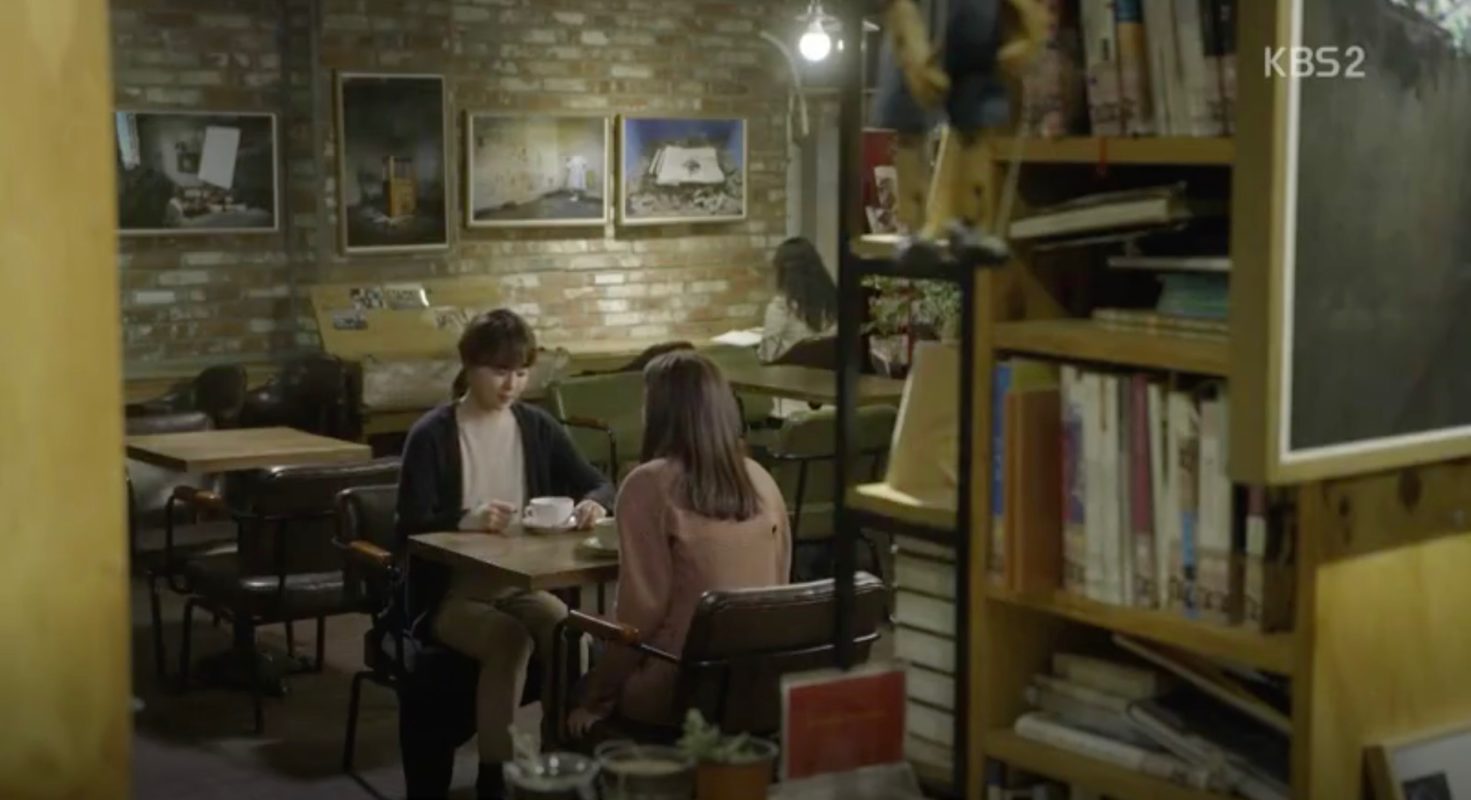 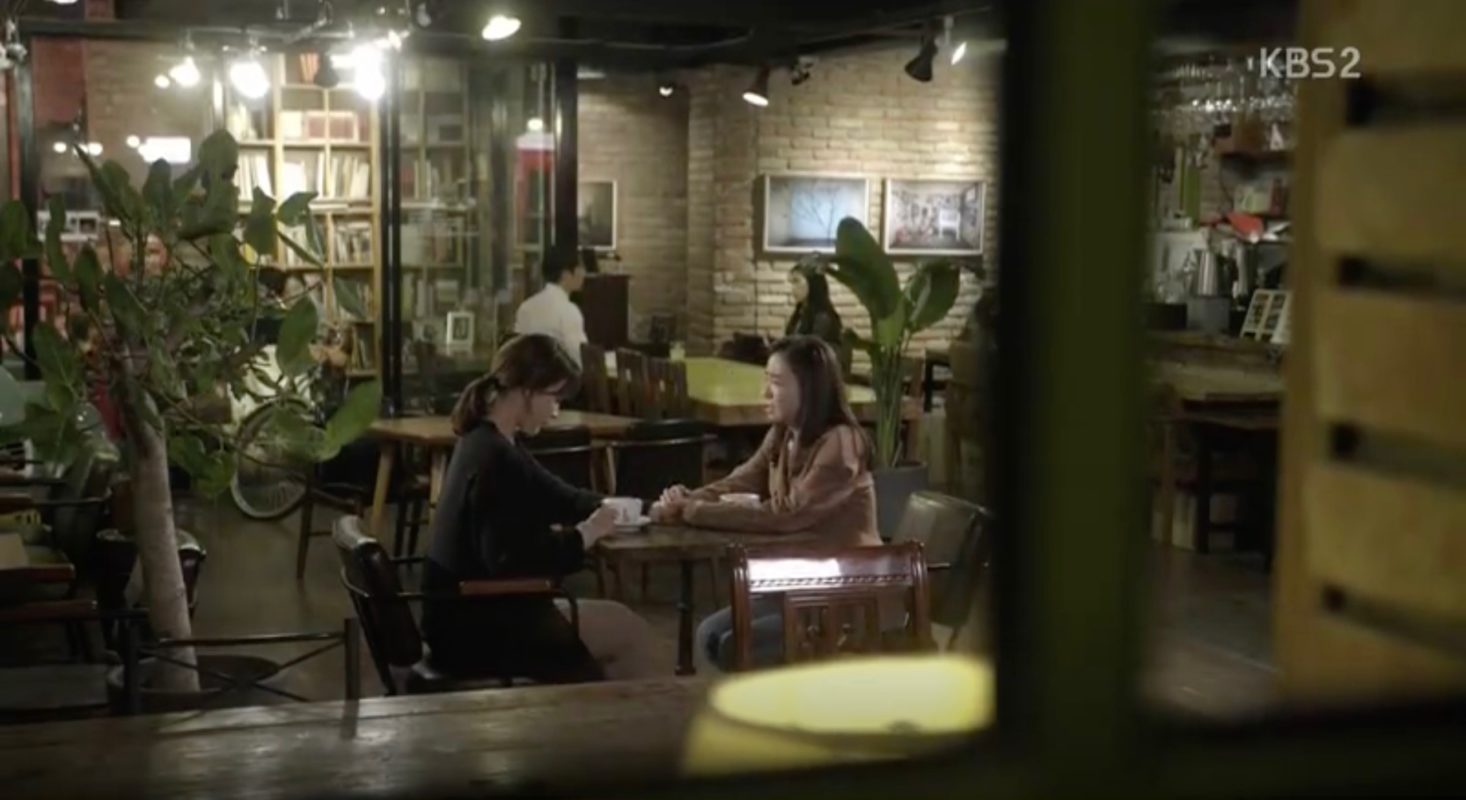 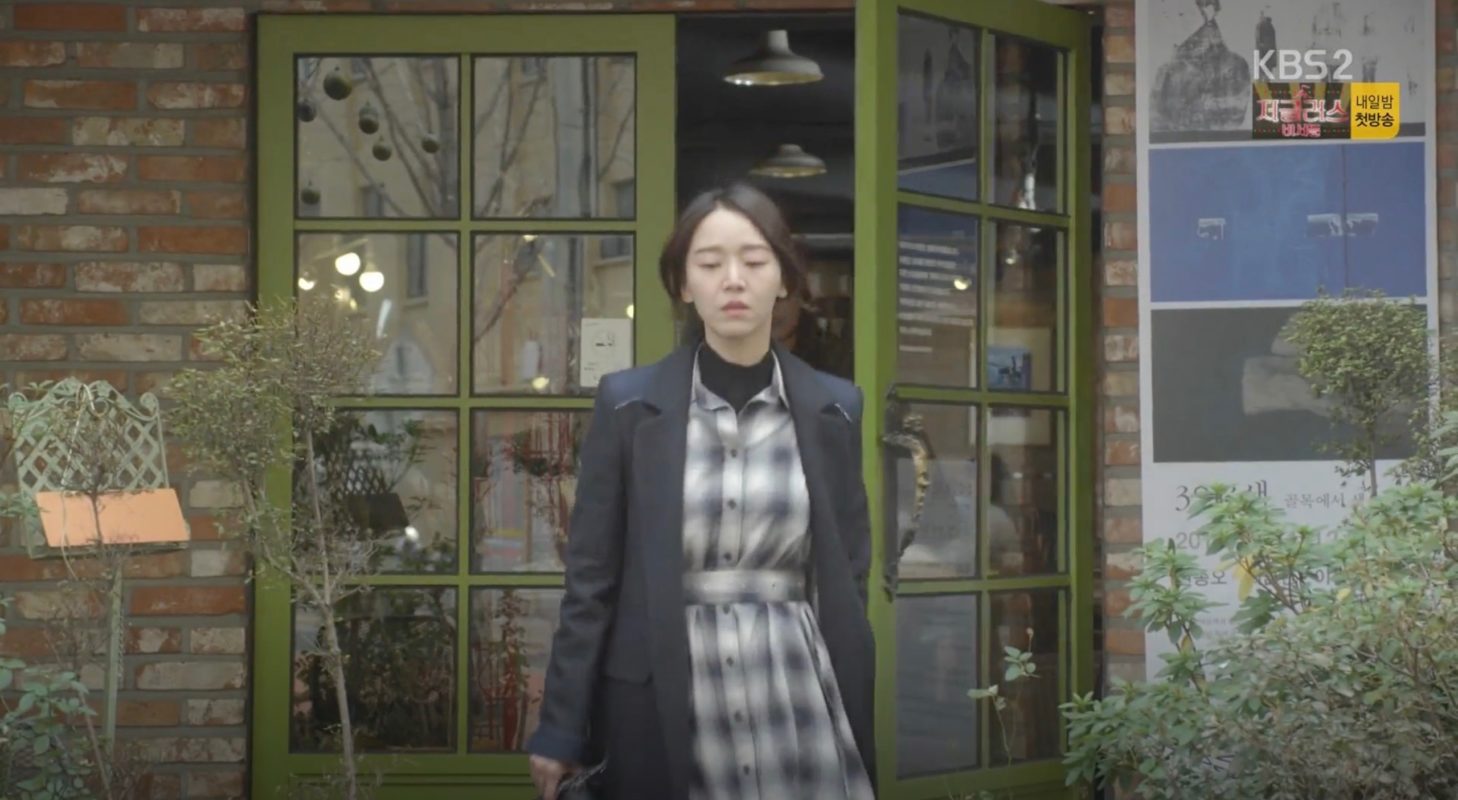 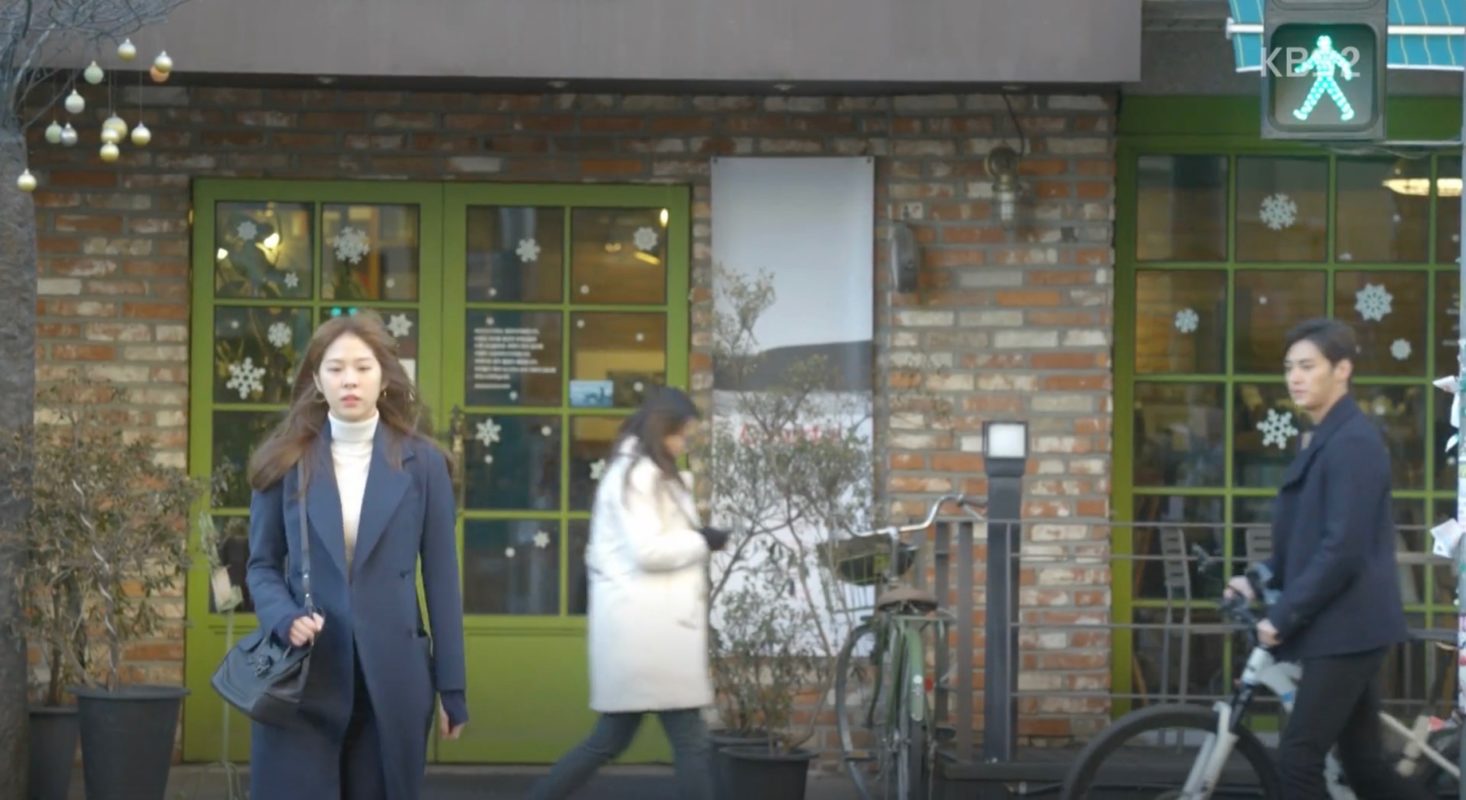 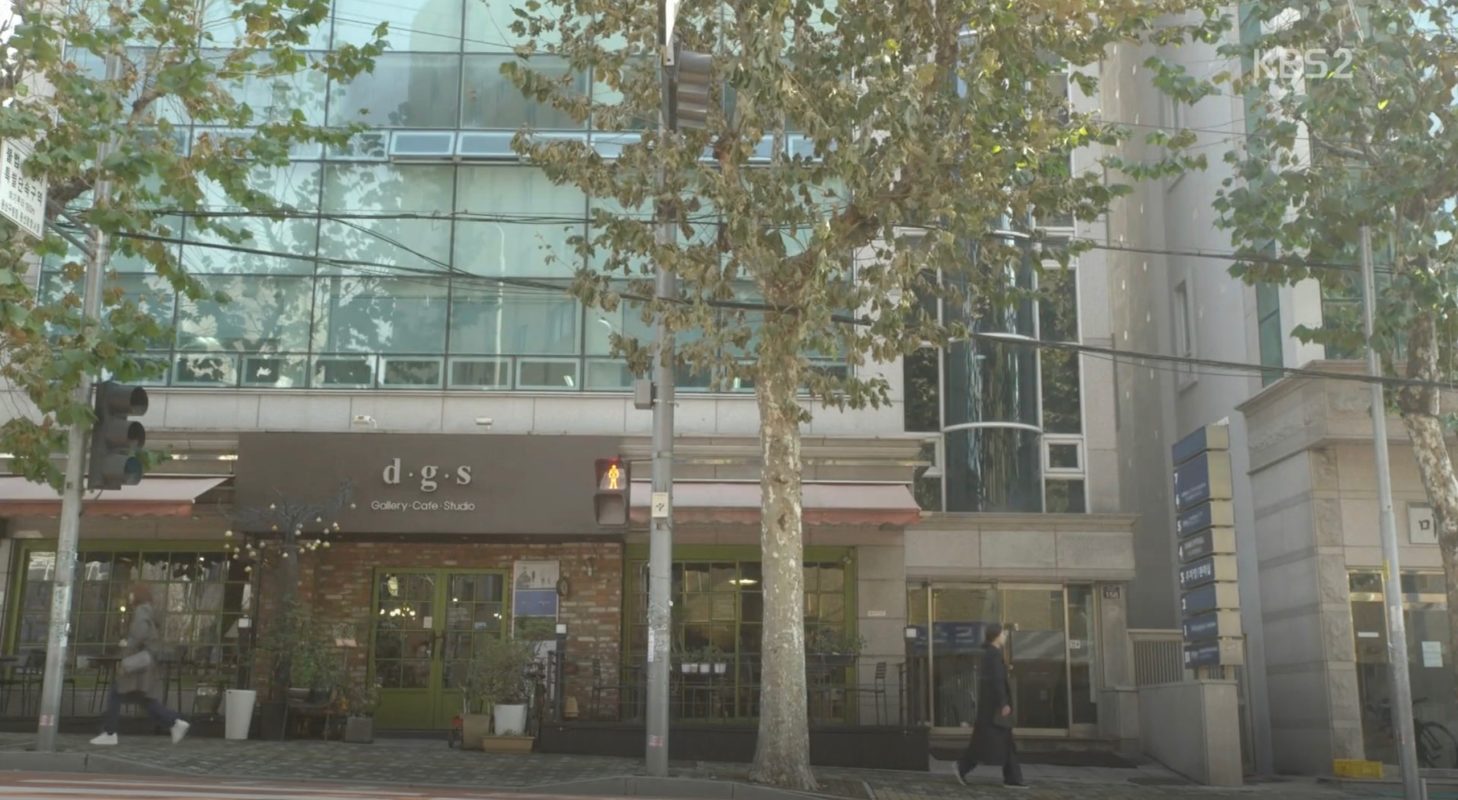 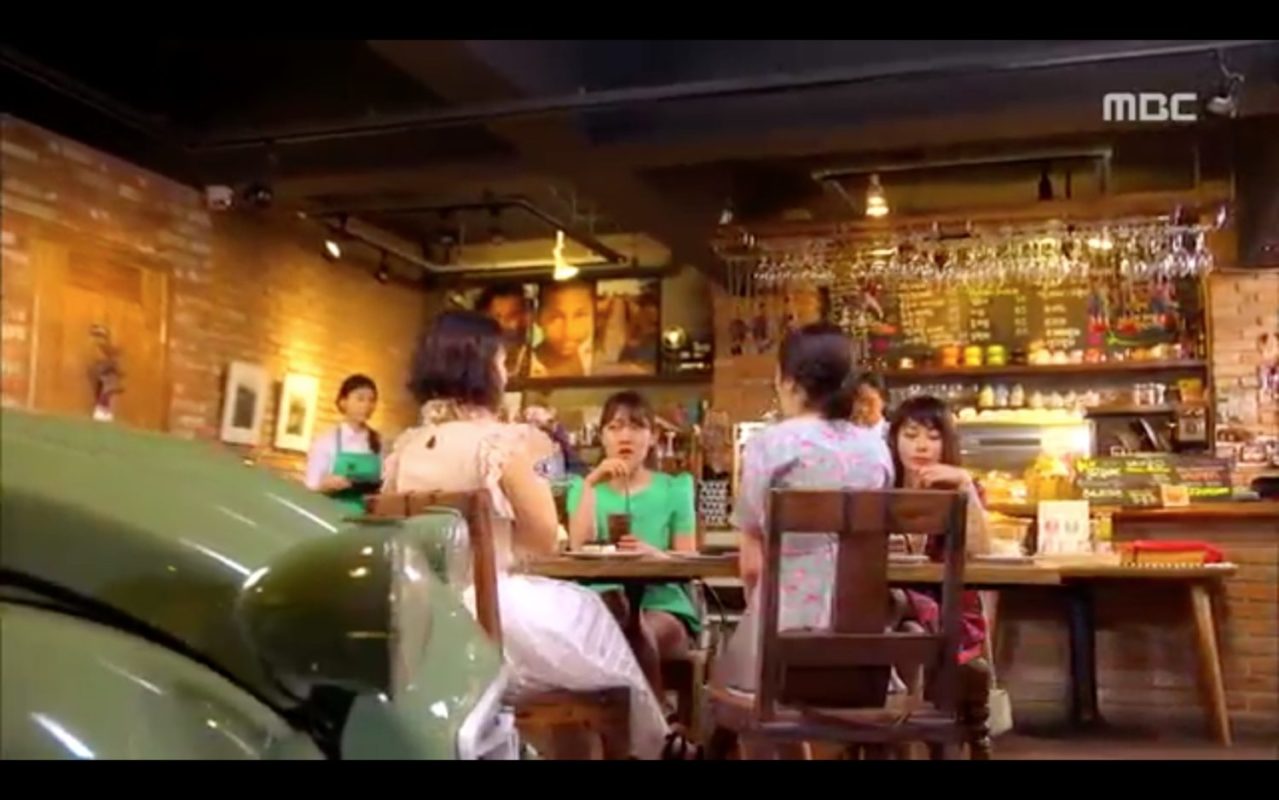 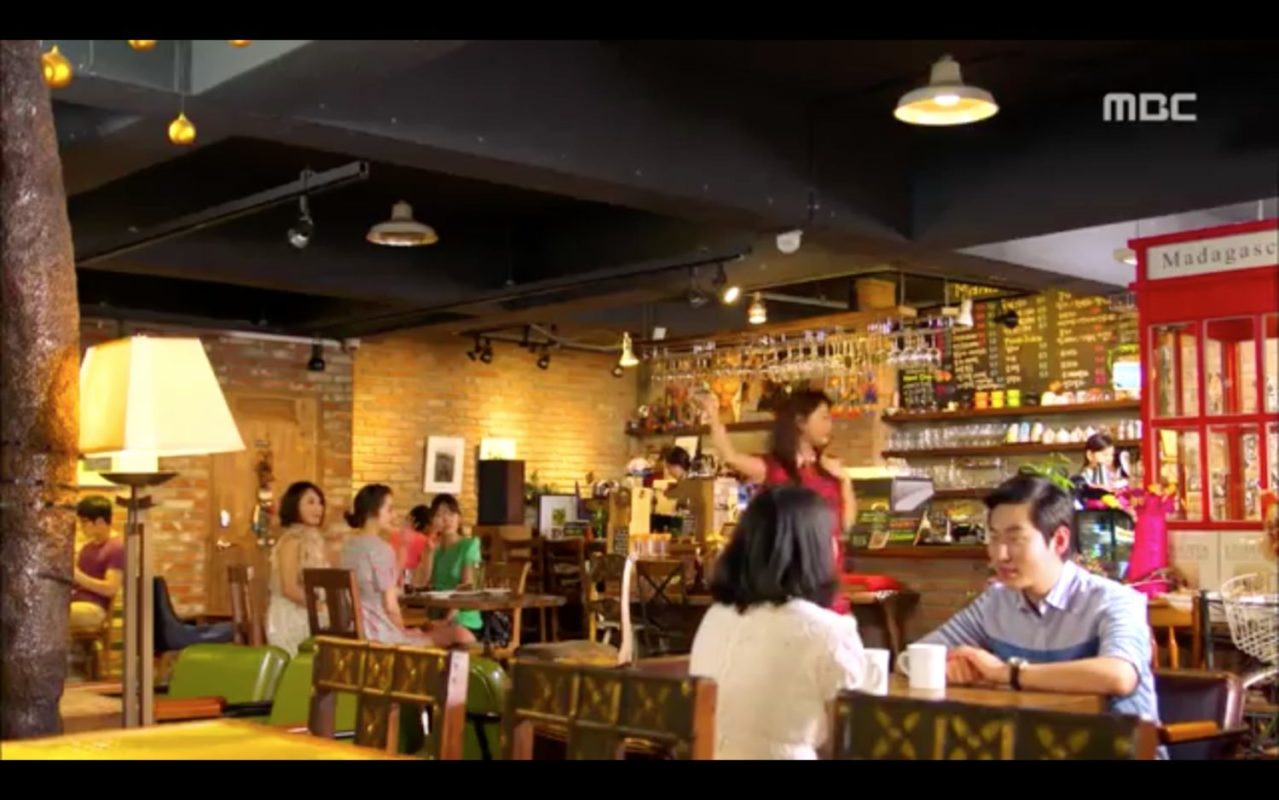 Lee Shi-joon (Shin Ha-kyun) asks Han Woo-joo (Jung So-min) to meet up at this café in episode 4 (full episode 2) of Soul Mechanic/Fix You/Soul Repairer (영혼수선공) (KBS2, 2020) to apologize and to ask her if she wants to join him to cheer on Oh Yu-min (Cameo by Wi Ha-joon) at a football game.

Park Yoo-Ha (Han Ji-Hye) meets a good friend here in episode 5 of Marry Me Now?/Shall We Live Together (같이 살래요) (KBS2, 2018) and tells her about her divorce and the hardships she has gone through during her marriage.

This café appears often as a meeting place in My Golden Life (황금빛 내 인생) (KBS2, 2017-18) from episode 28 onward. Seo Ji-An (Shin Hye-Sun) breaks up her last ties to her sister Seo Ji-Soo (Seo Eun-Su) at this café in episode 28. Sun Woo-Hyuk (Lee Tae-Hwan) confesses here to Ji-soo, he breaks up here with her and they later meet here again after the breakup in episode 41 shortly before she is supposed to leave to France for here studies.

During a bling date meeting, Jung Joon-Hyung (Nam Joo-Hyuk) gets a call from Kim Bok-joo (Lee Sung-Kyung) and leaves the round as quickly as possible in episode 9 of Weightlifting Fairy Kim Bok Joo (역도요정 김복주) (MBC, 2016-17).

Since at least September 2020, bakery-café BC158 is located here.

Getting here
Hyochang Park Station [효창공원앞역], Seoul Subway Line 6, Exit 1/2
(Walk down Hyochangwon-ro until you see the café on your right hand side.)