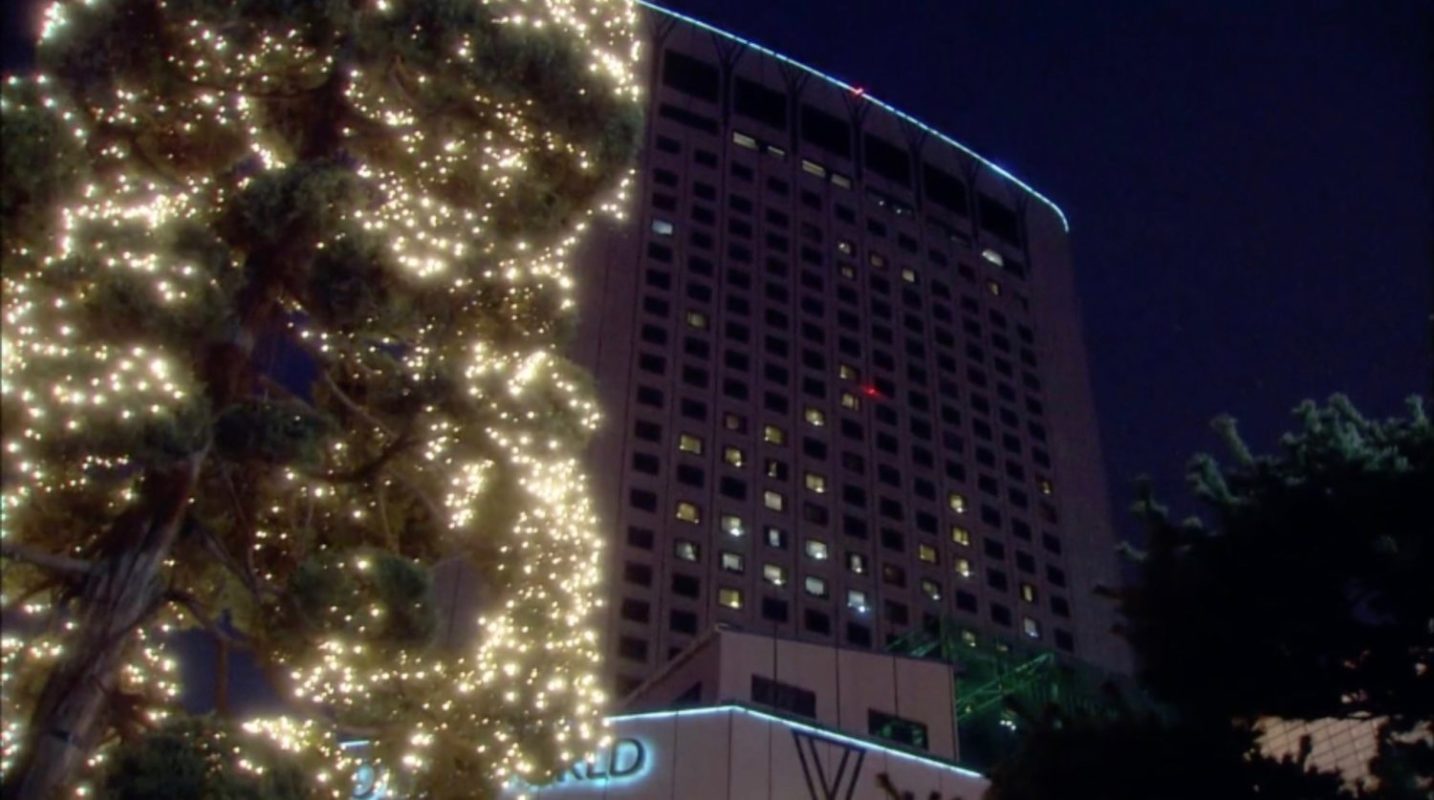 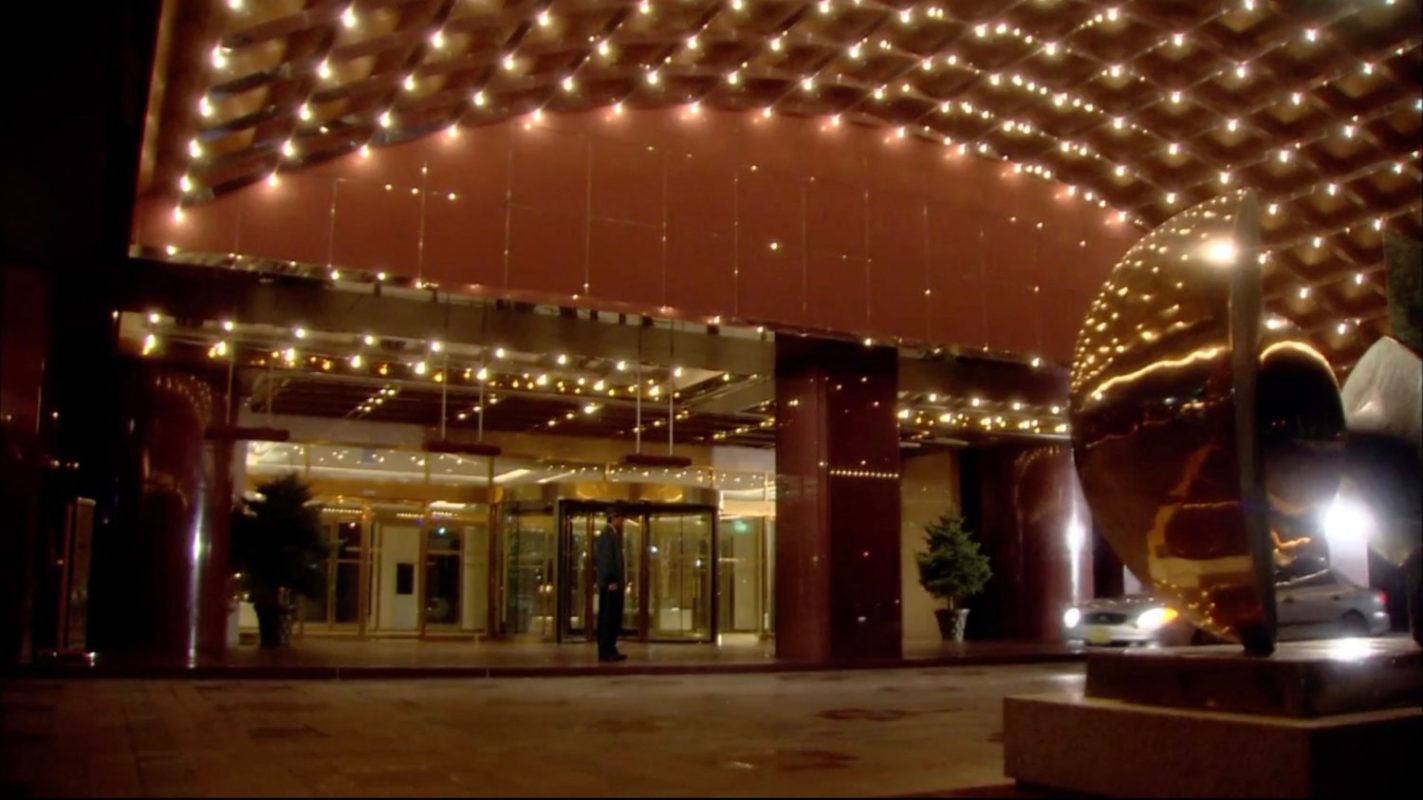 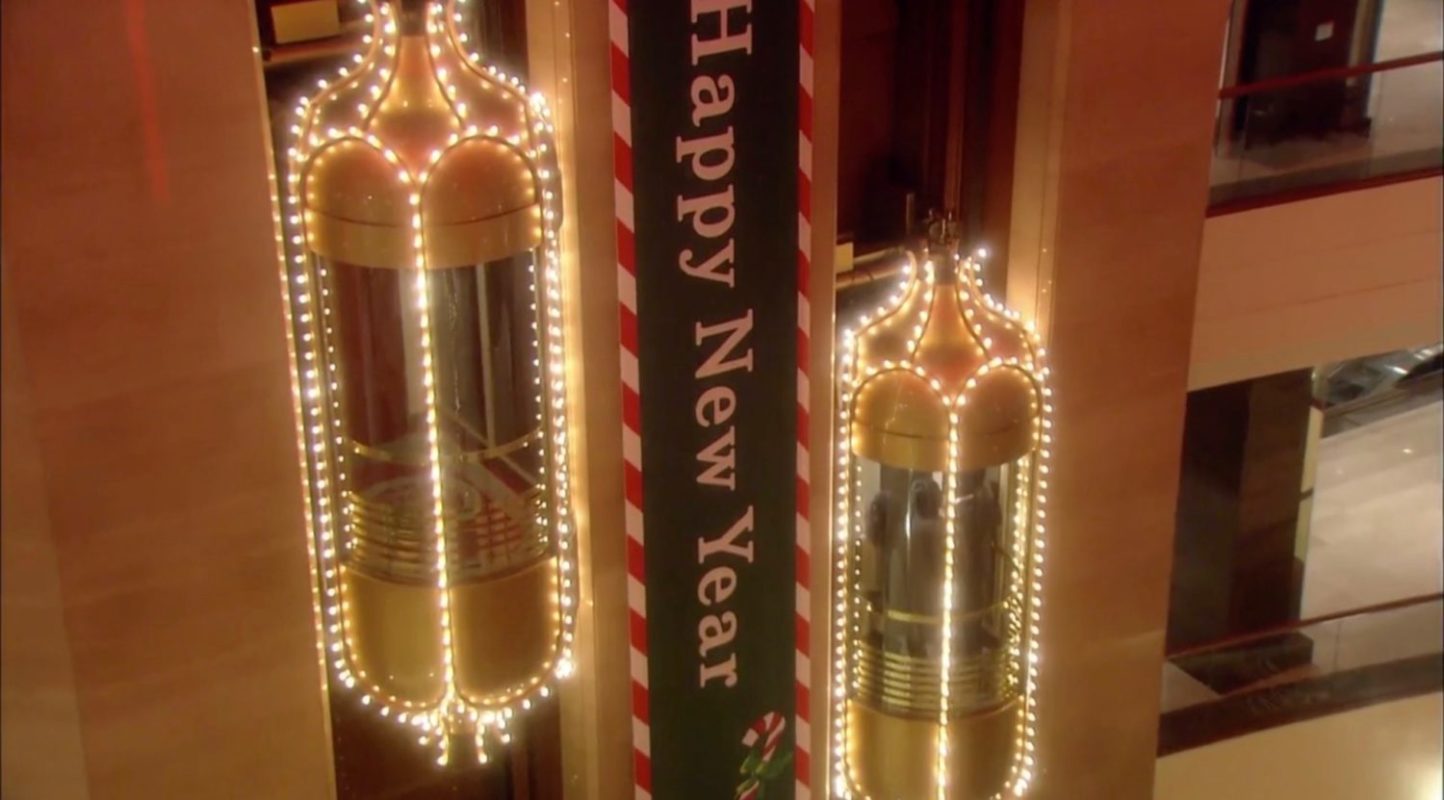 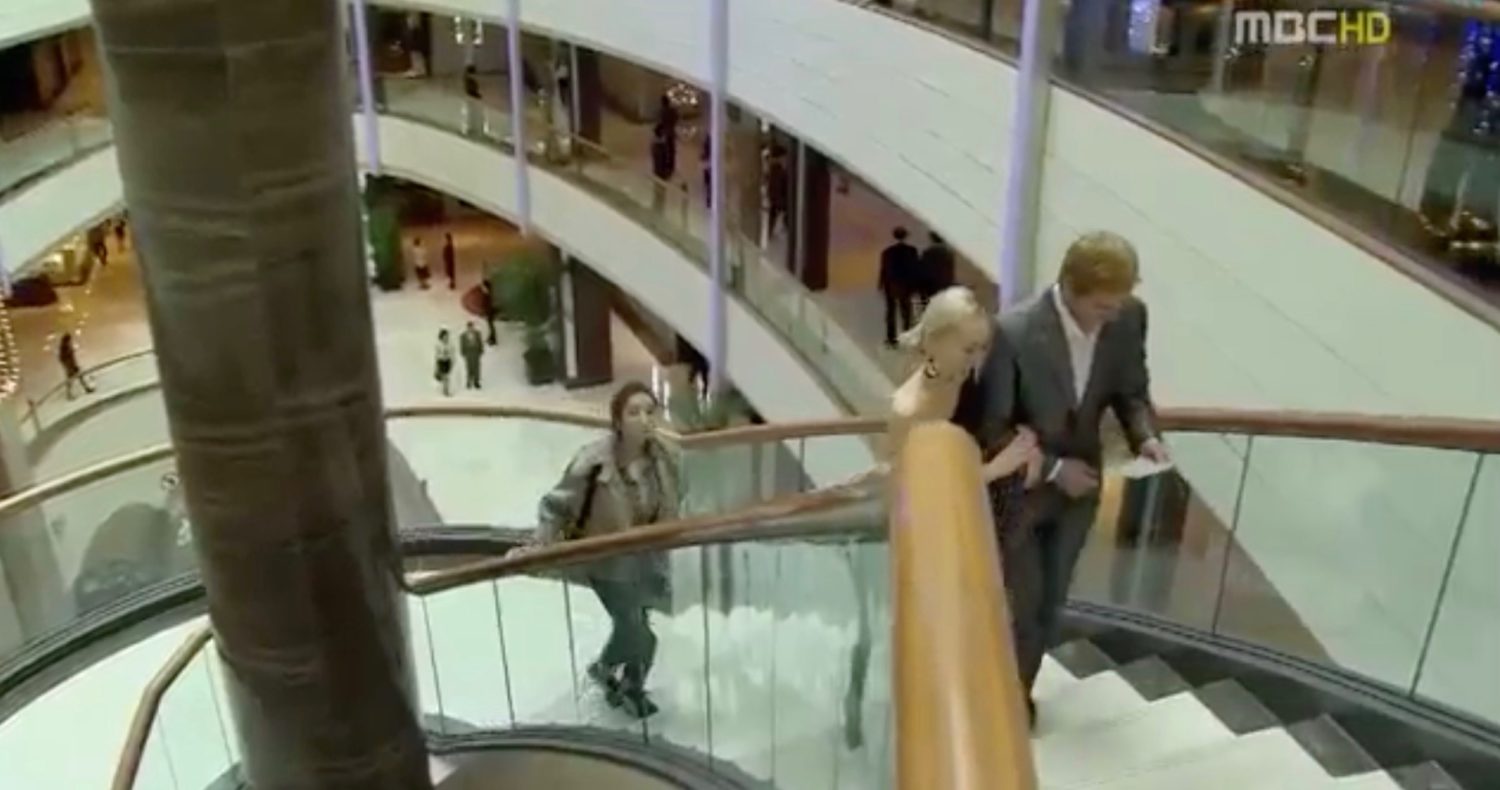 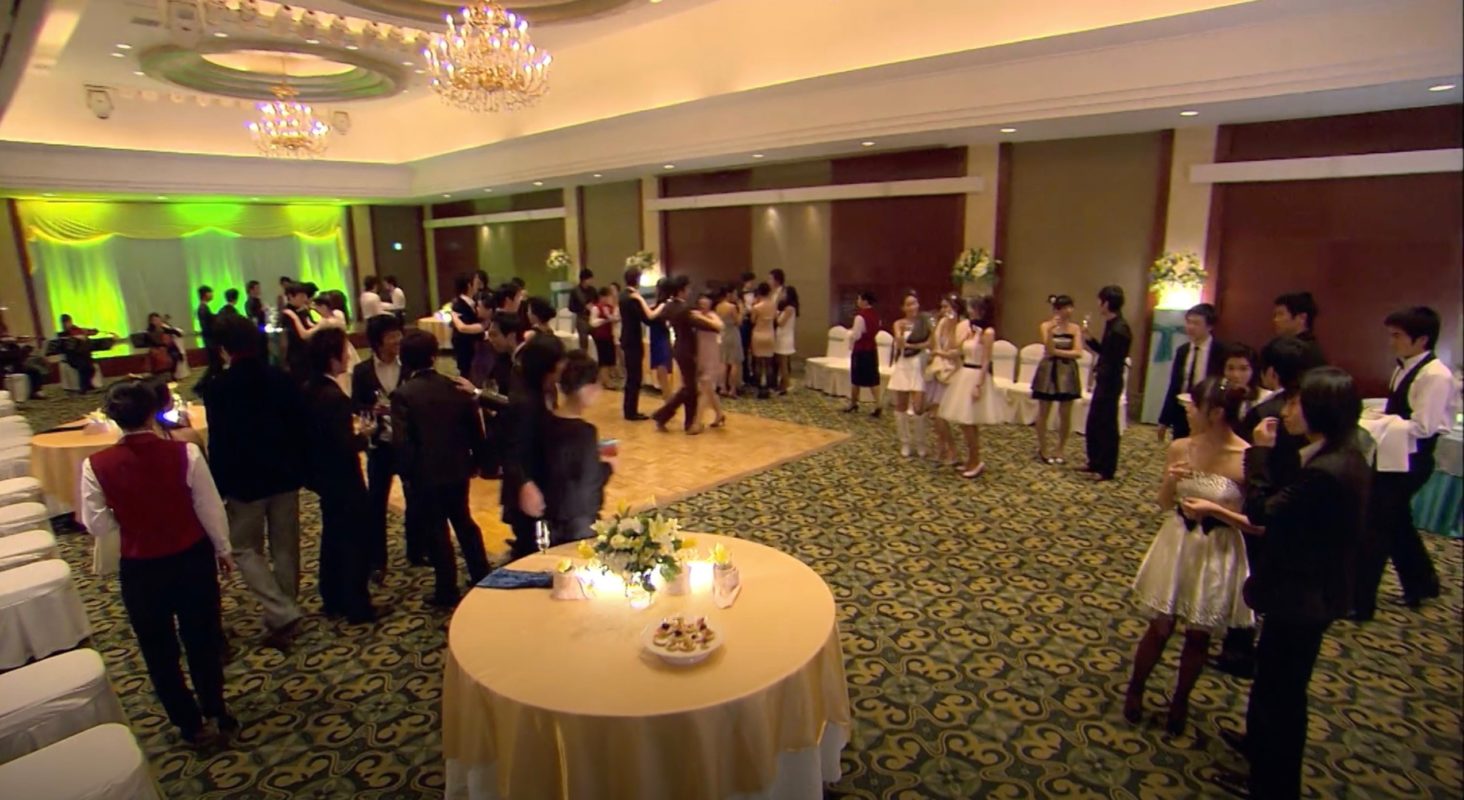 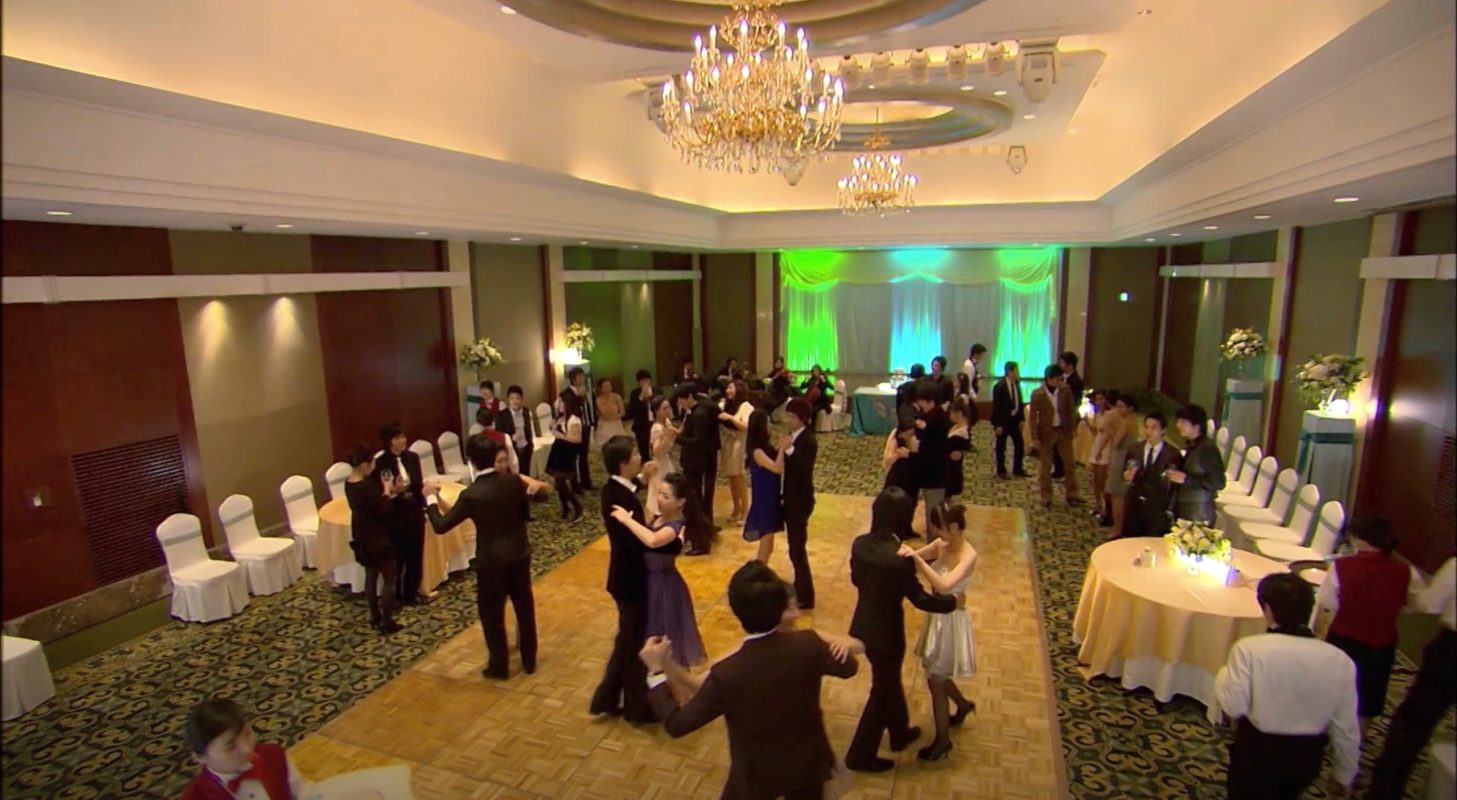 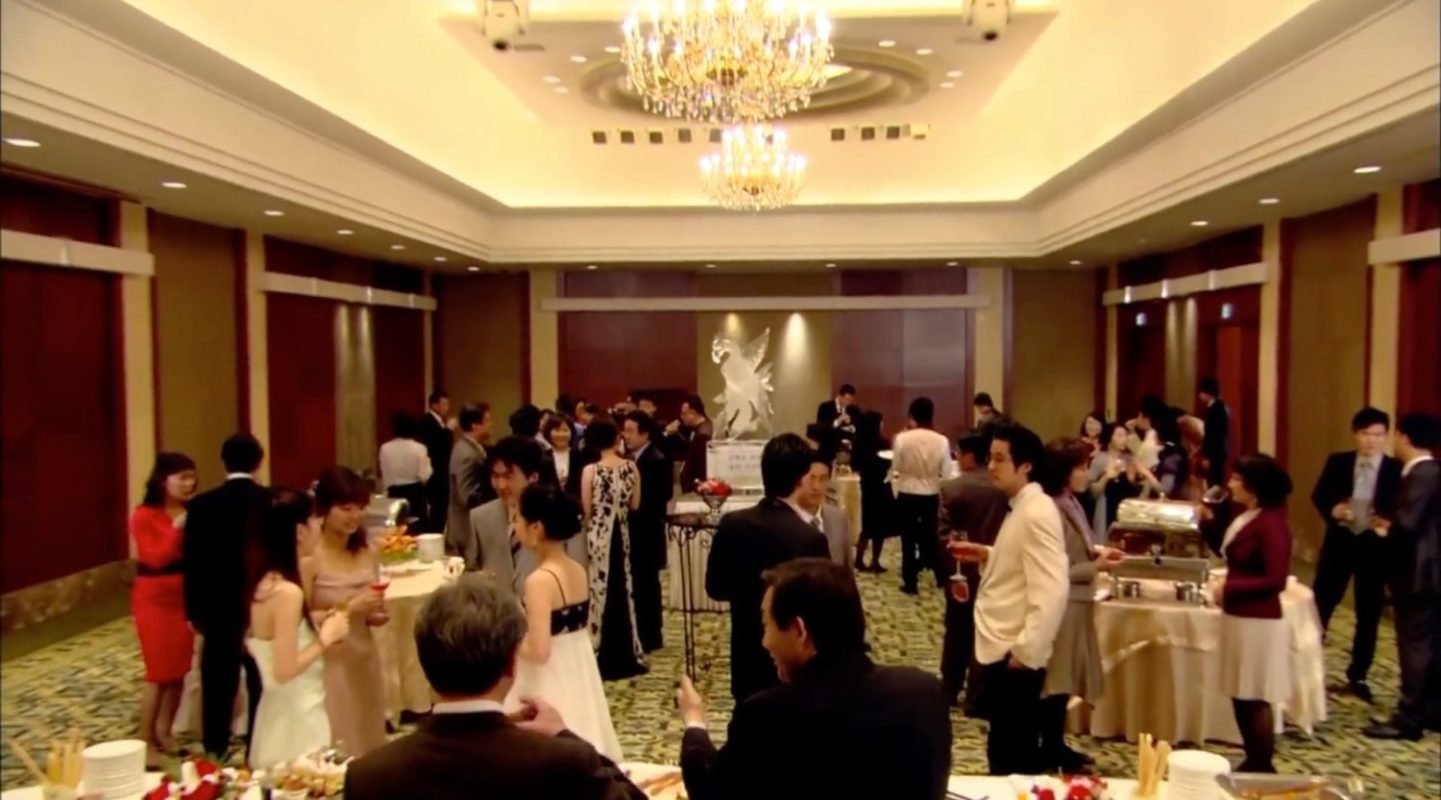 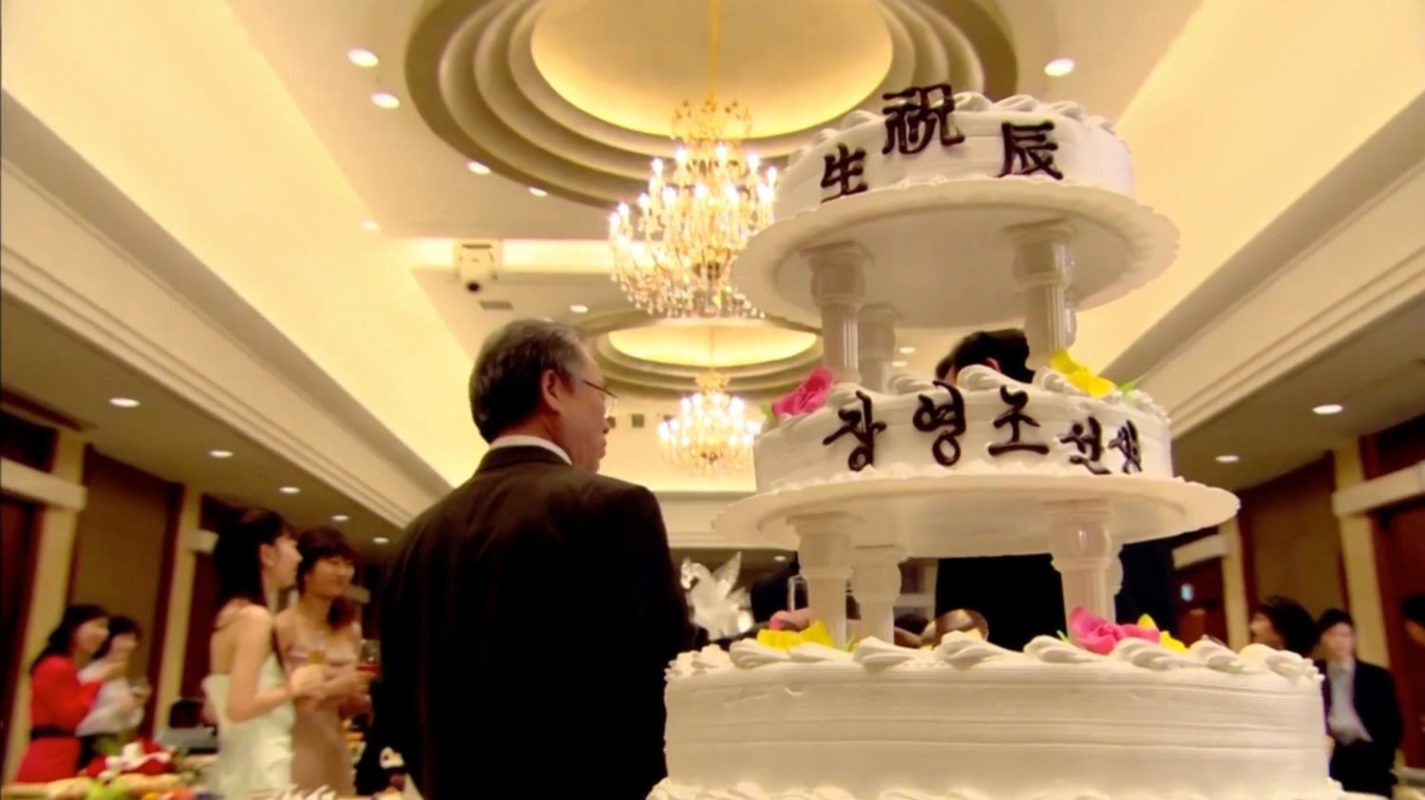 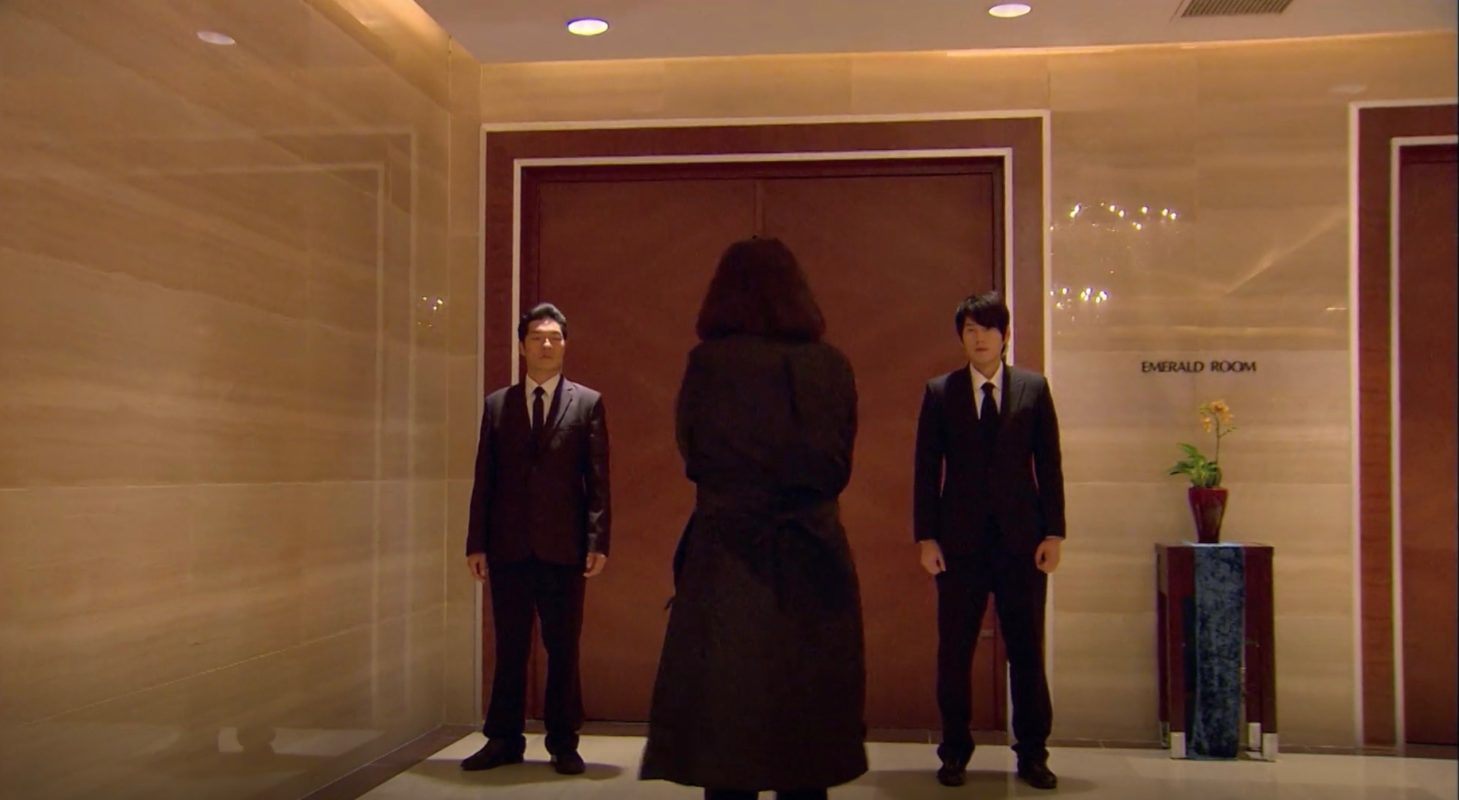 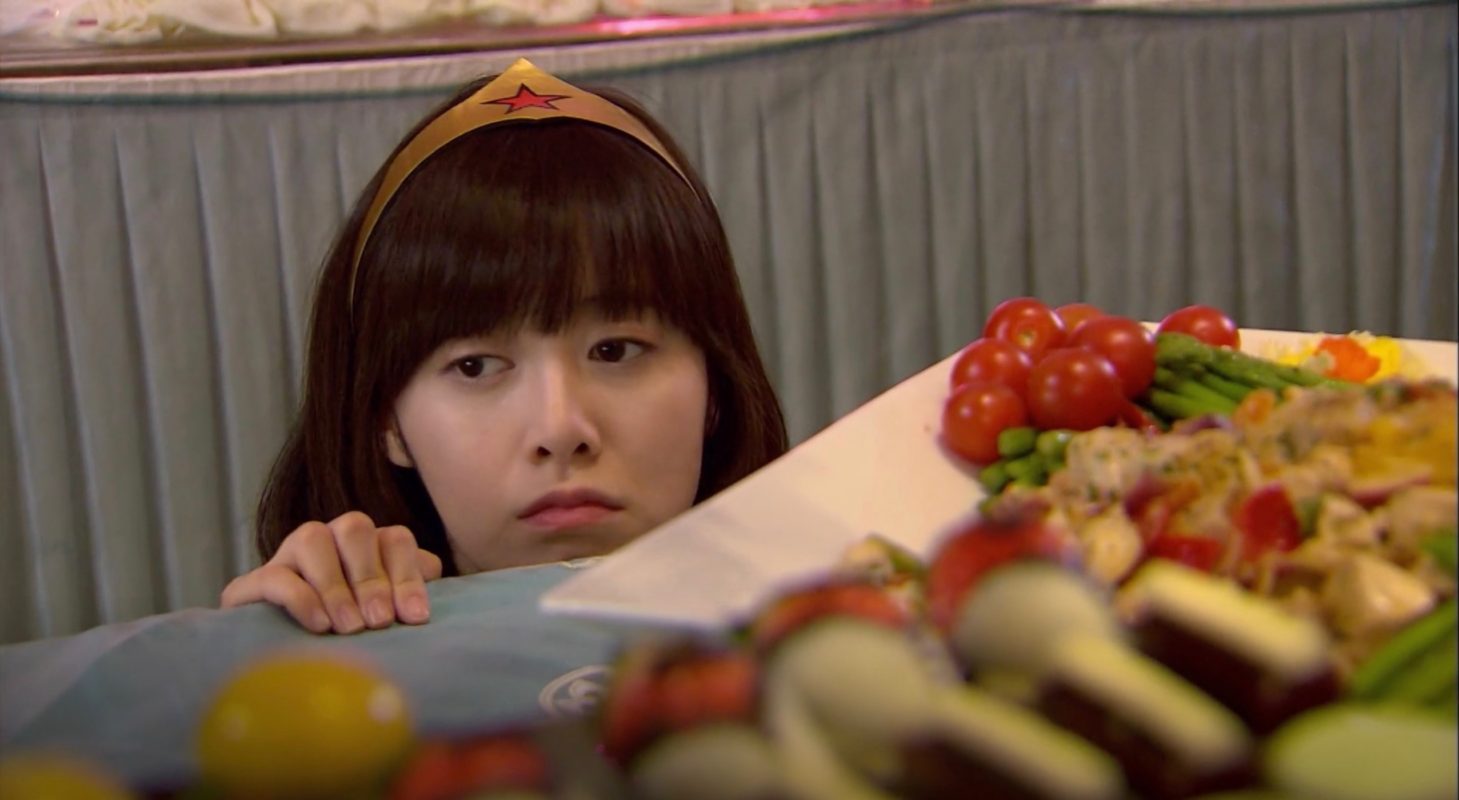 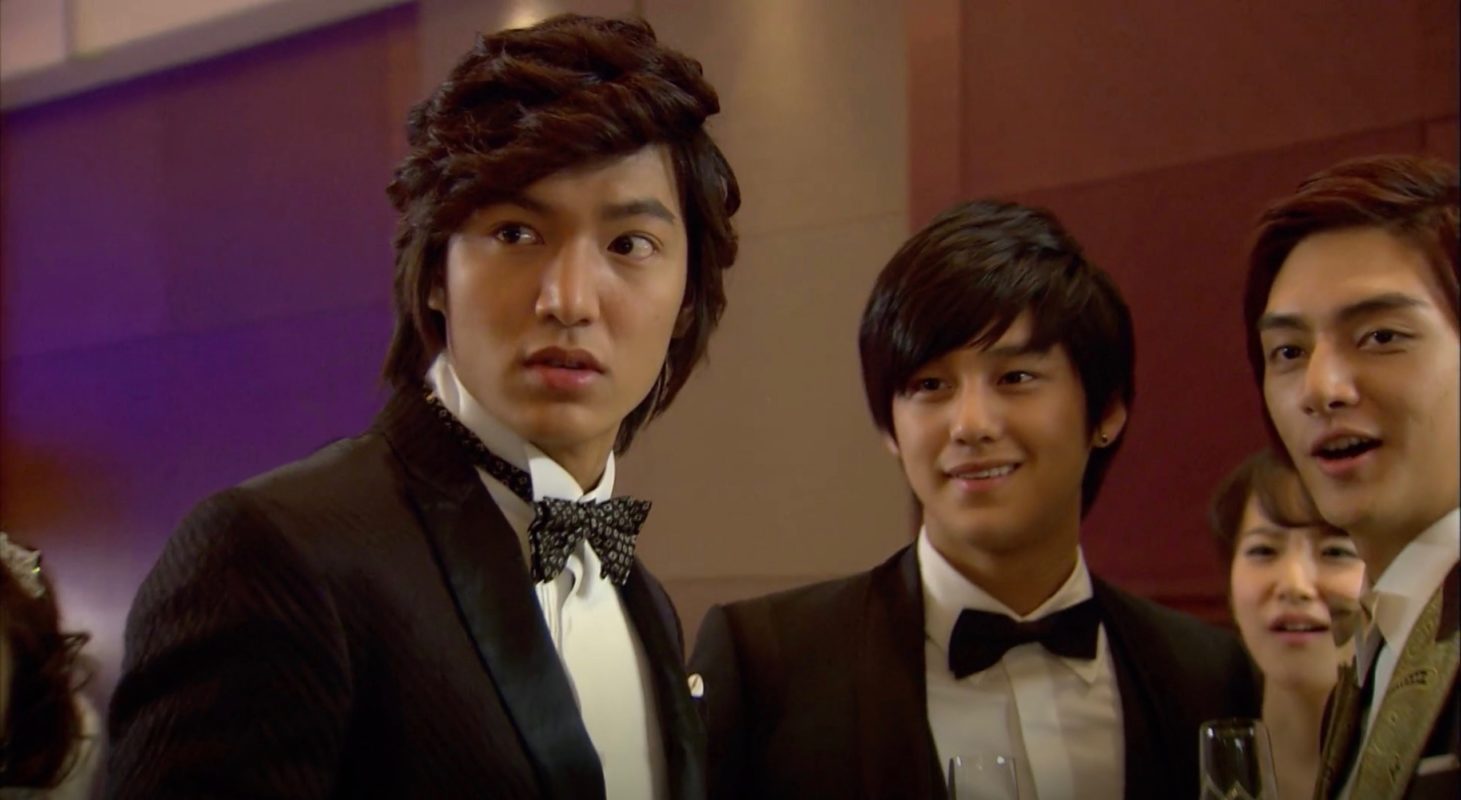 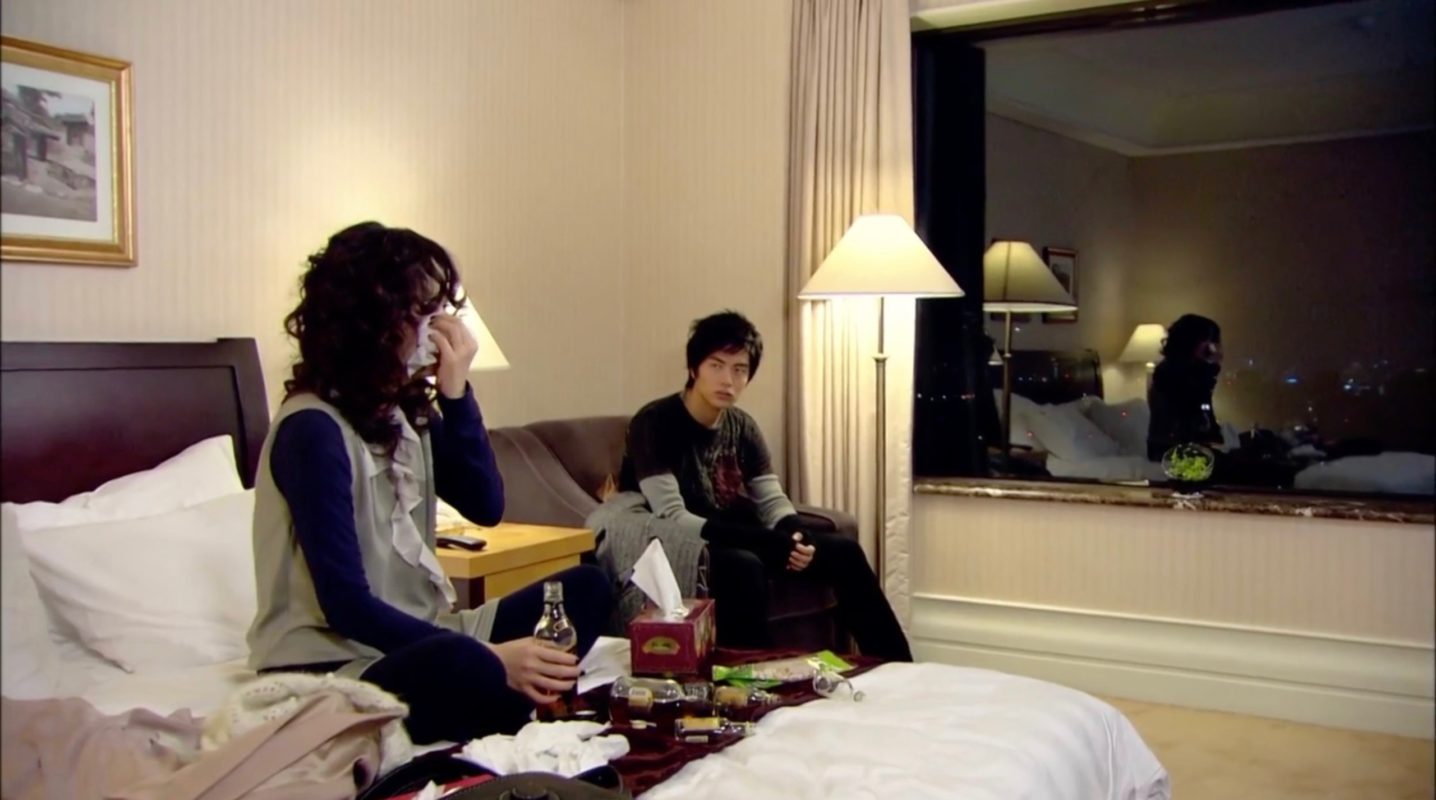 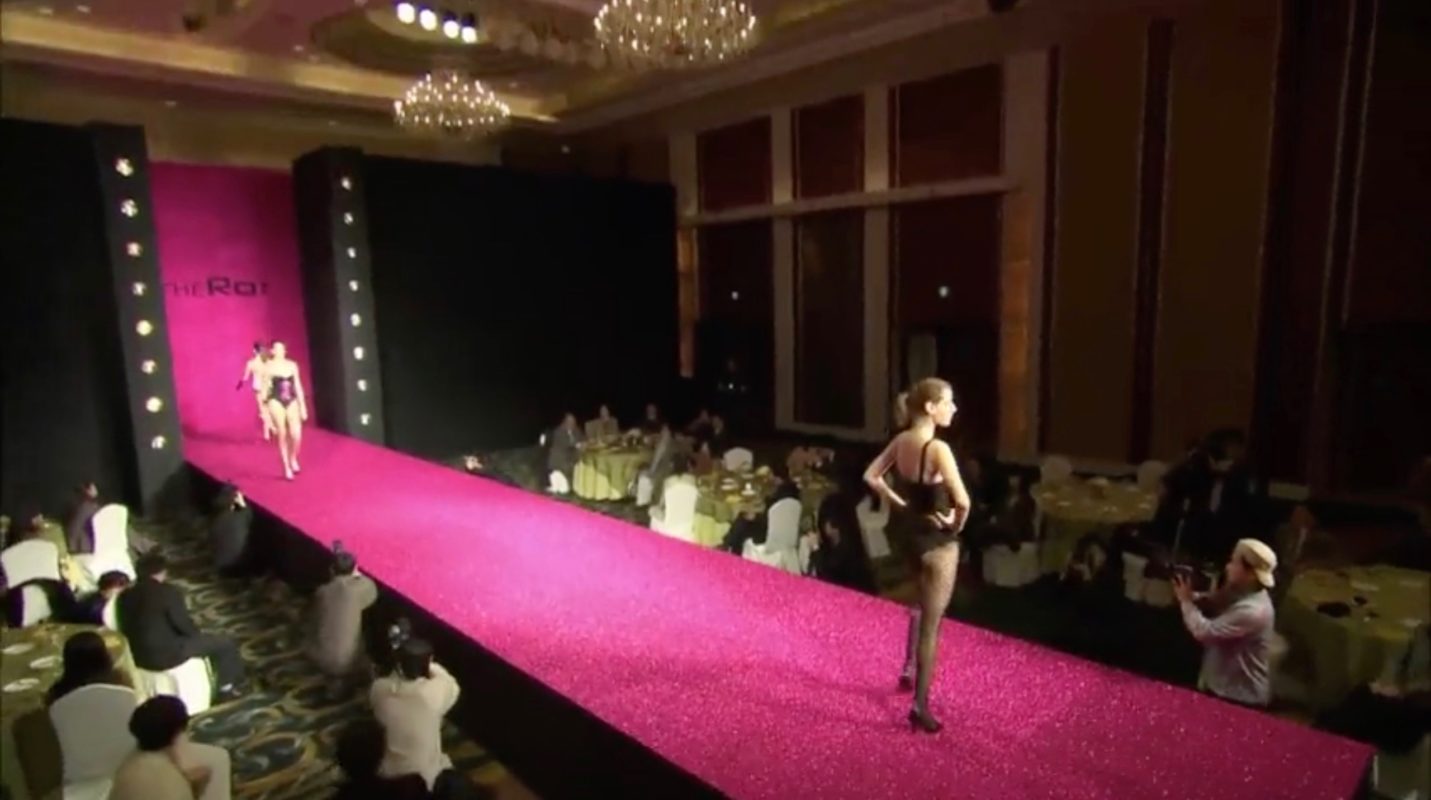 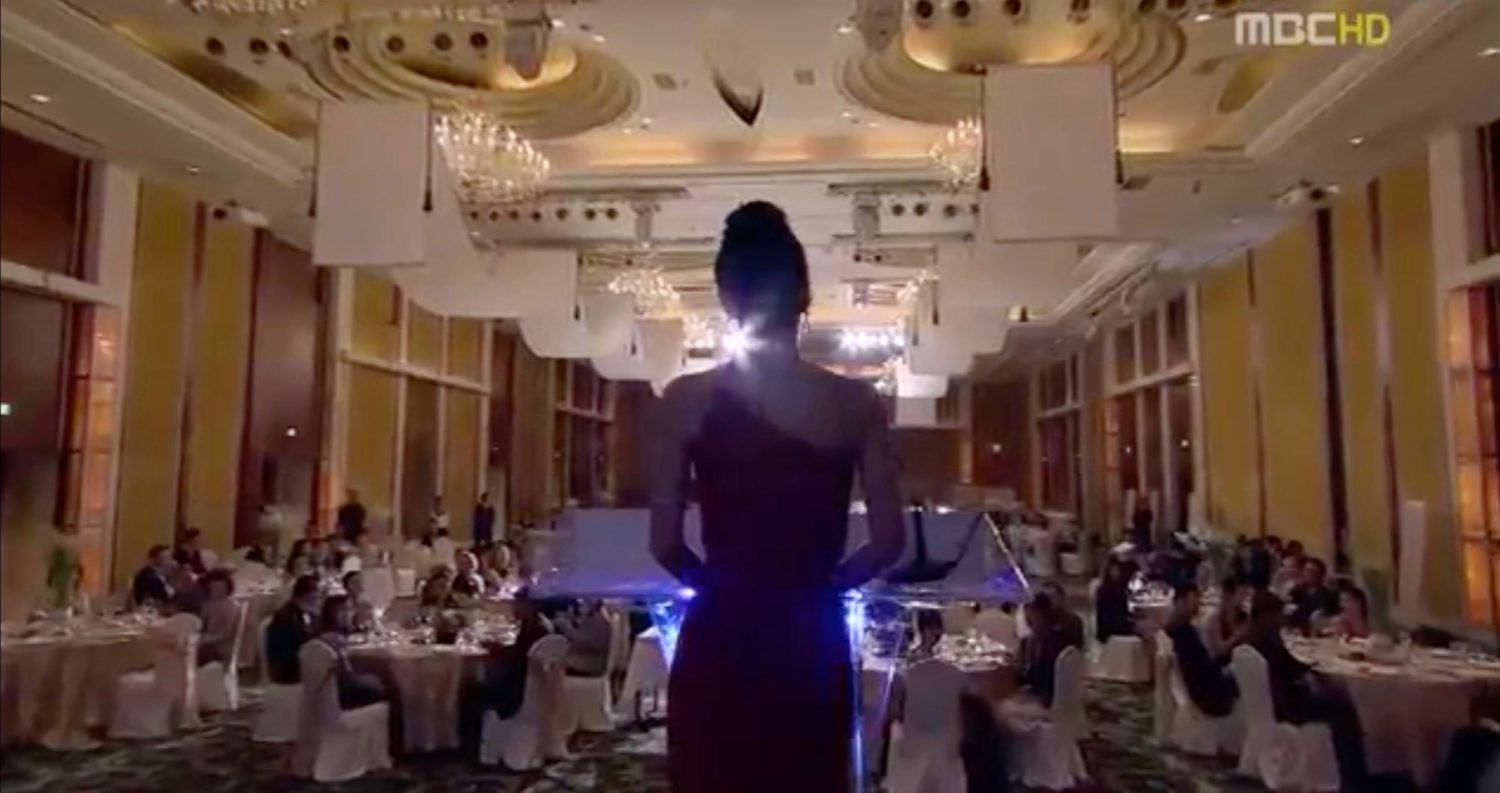 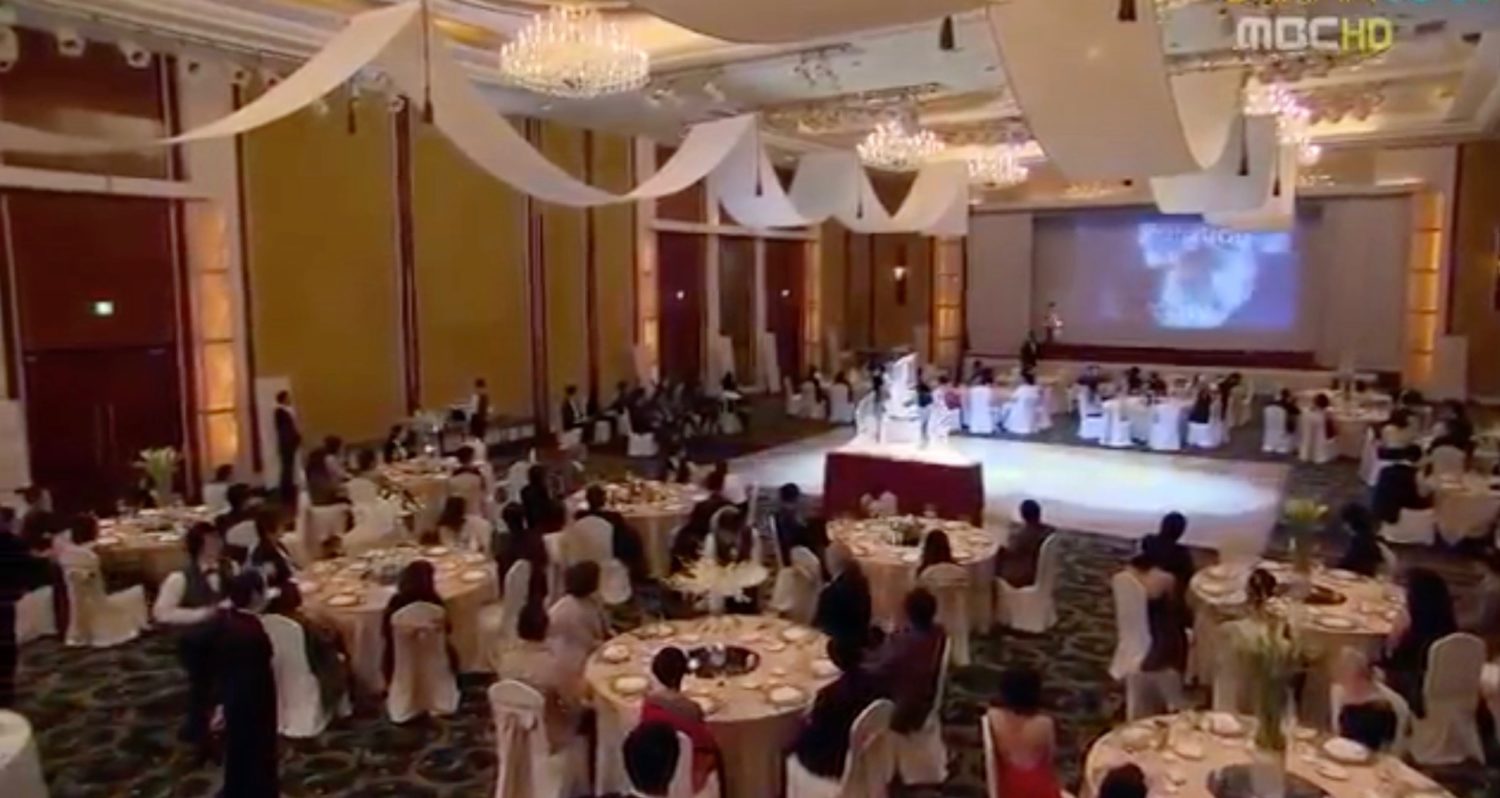 The ball at Shinwha High School’s trip in episodes 2 and 3 of Boys Over Flowers/Boys Before Flowers (꽃보다 남자) (KBS2, 2009) takes place at this hotel’s Emerald Room. Geum Jan-di (Ku Hye-seon) was told that it is a costume ball and when she appears all dressed up in her superwoman costume, she notices that she was messed about. Min Seo-hyeon (Han Chae-young) gives a helping hand and dresses her adequately for the event.

Oh Dal-ja (Chae Rim) finds herself in a hotel room with Kang Tae-bong (Lee Min-ki) at the end of an eventful Christmas Eve in episode 1 of Dal-ja’s Spring/Dalja’s Springtime/Spring of Dal-ja (달자의 봄) (KBS2, 2007) after she was dumped by her colleague Shin Se-do (Kong Hyung-jin). In episode 3, the launch Show of Uhm Ki-joong’s (Lee Hyun-woo) lingerie brand The Ro: that Dal-ja is in charge of takes place at this hotel in episode 3 and in episode 17, the birthday party for CEO Chang of law firm Lee & Chang takes place at this hotel’s Emerald Room to which Kang Tae-bong (Lee Min-ki) is invited and accompanied by Oh Dal-ja (Chae Rim).

Lotte Hotel World [롯데호텔 월드], opened in August 1988 in tandem with the Seoul Olympics, is a five-star hotel run by the Lotte Hotels & Resort Group. This specific hotel is directly connected to Lotte World [롯데월드].

It is located in Seoul’s neighborhood Jamsil 3(sam)-dong [잠실3동] in the Songpa District [Songpa-gu/송파구], just opposite of another hotel from the same group: Lotte World Tower & Mall [롯데월드타워&롯데월드몰].

The hotel’s Emerald Room is seen in Boys Over Flowers.