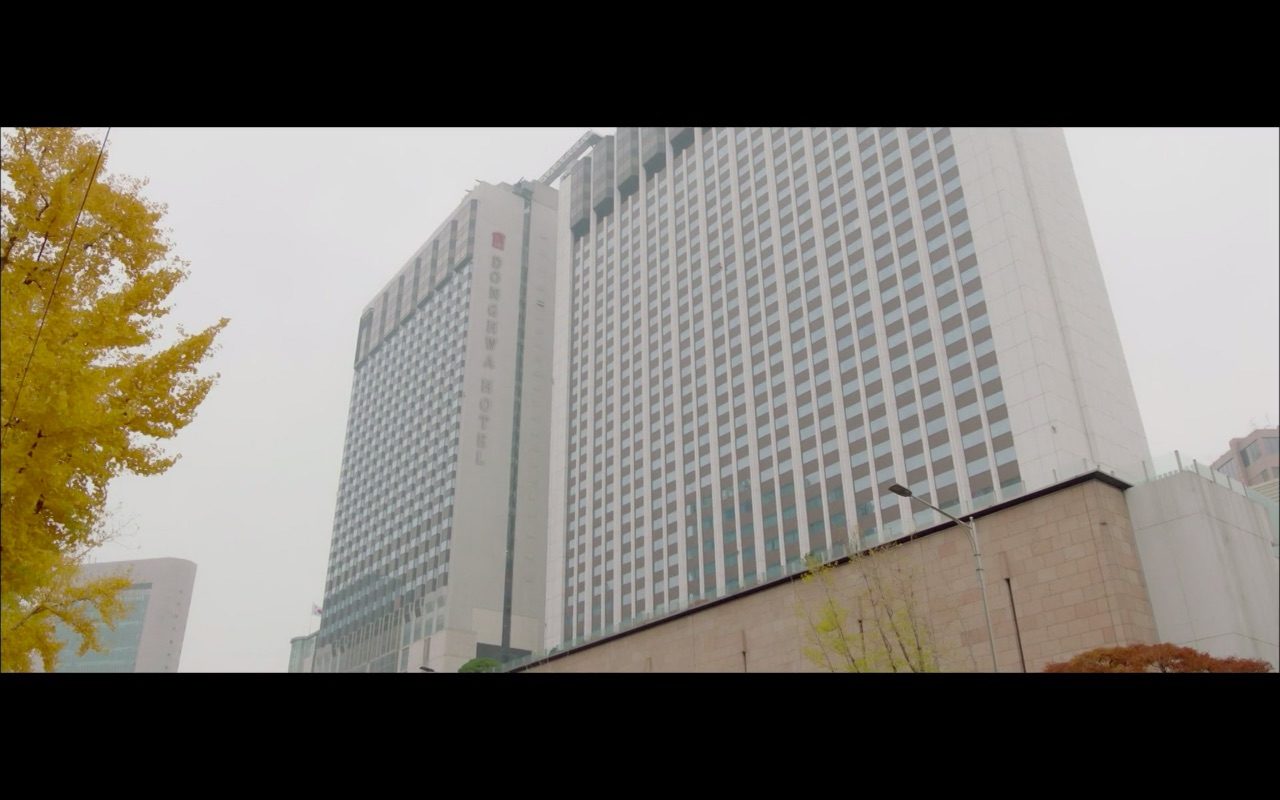 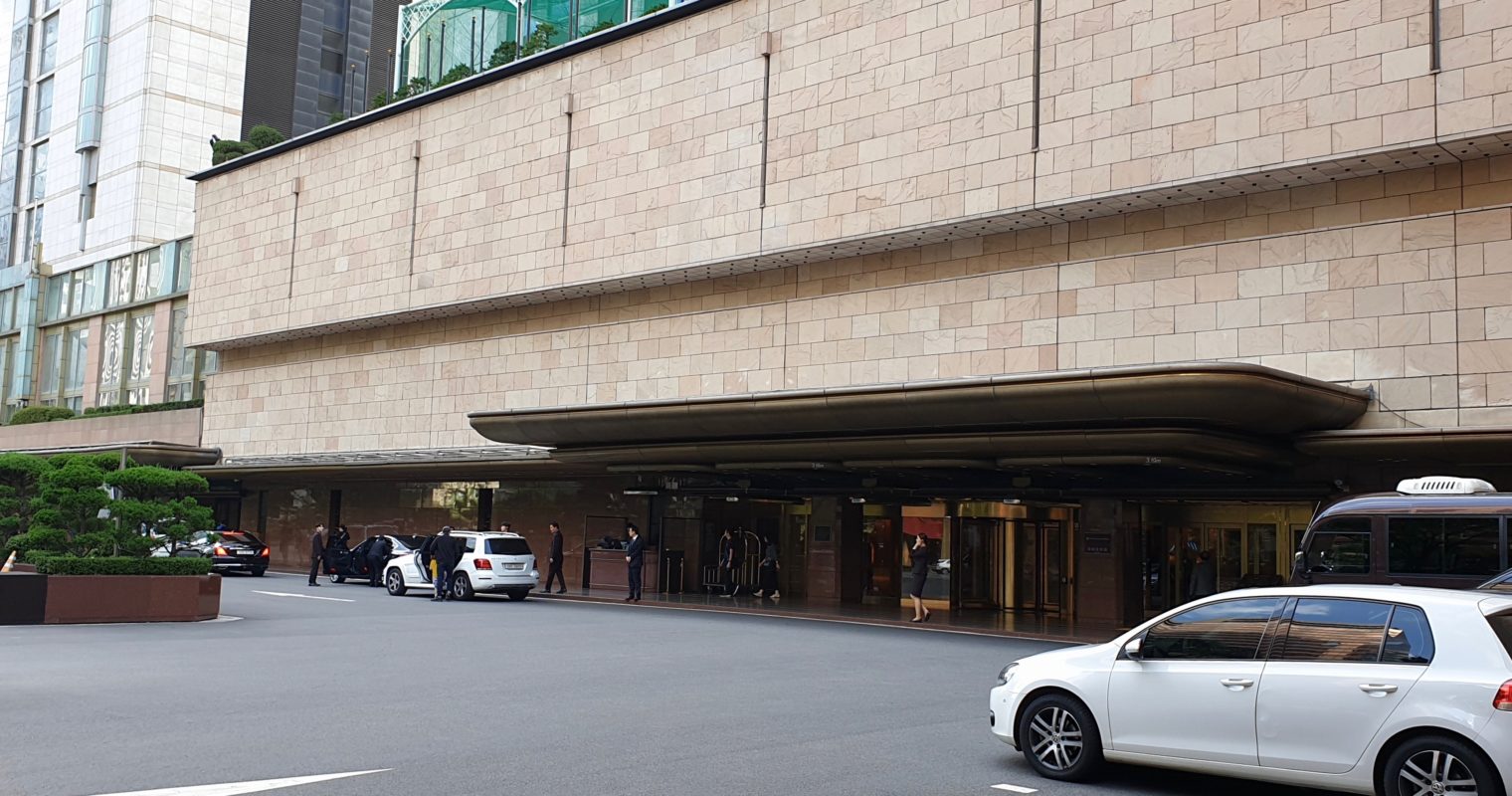 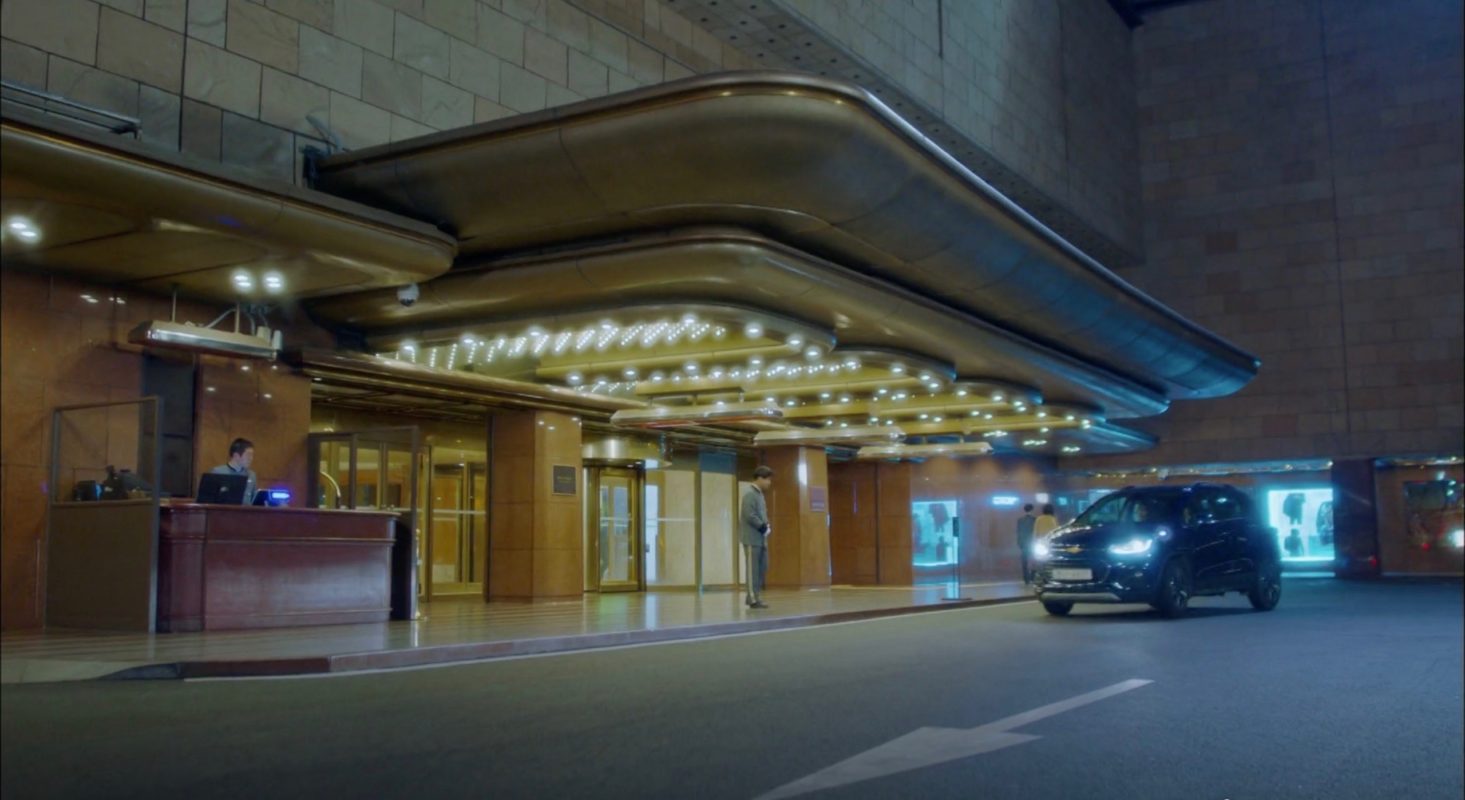 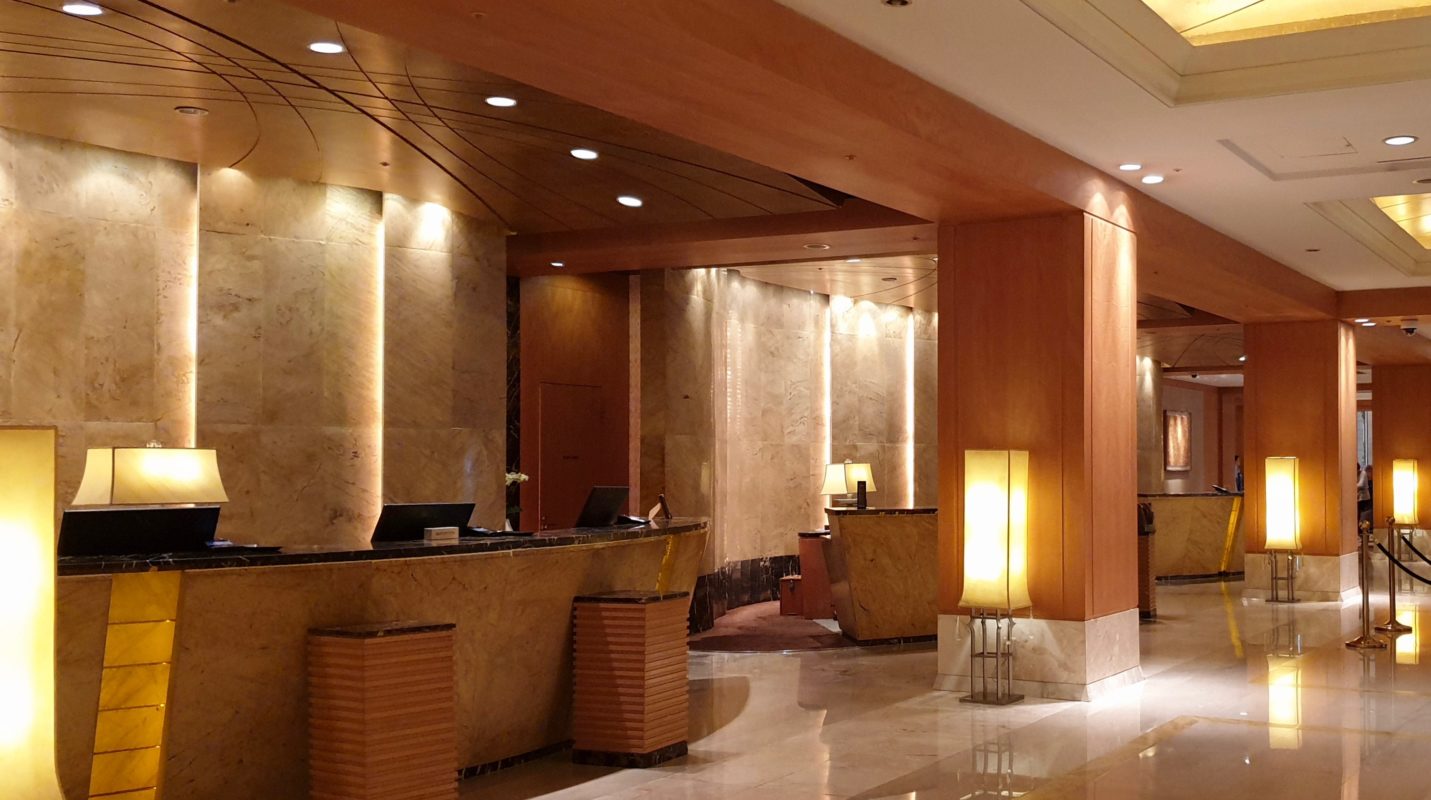 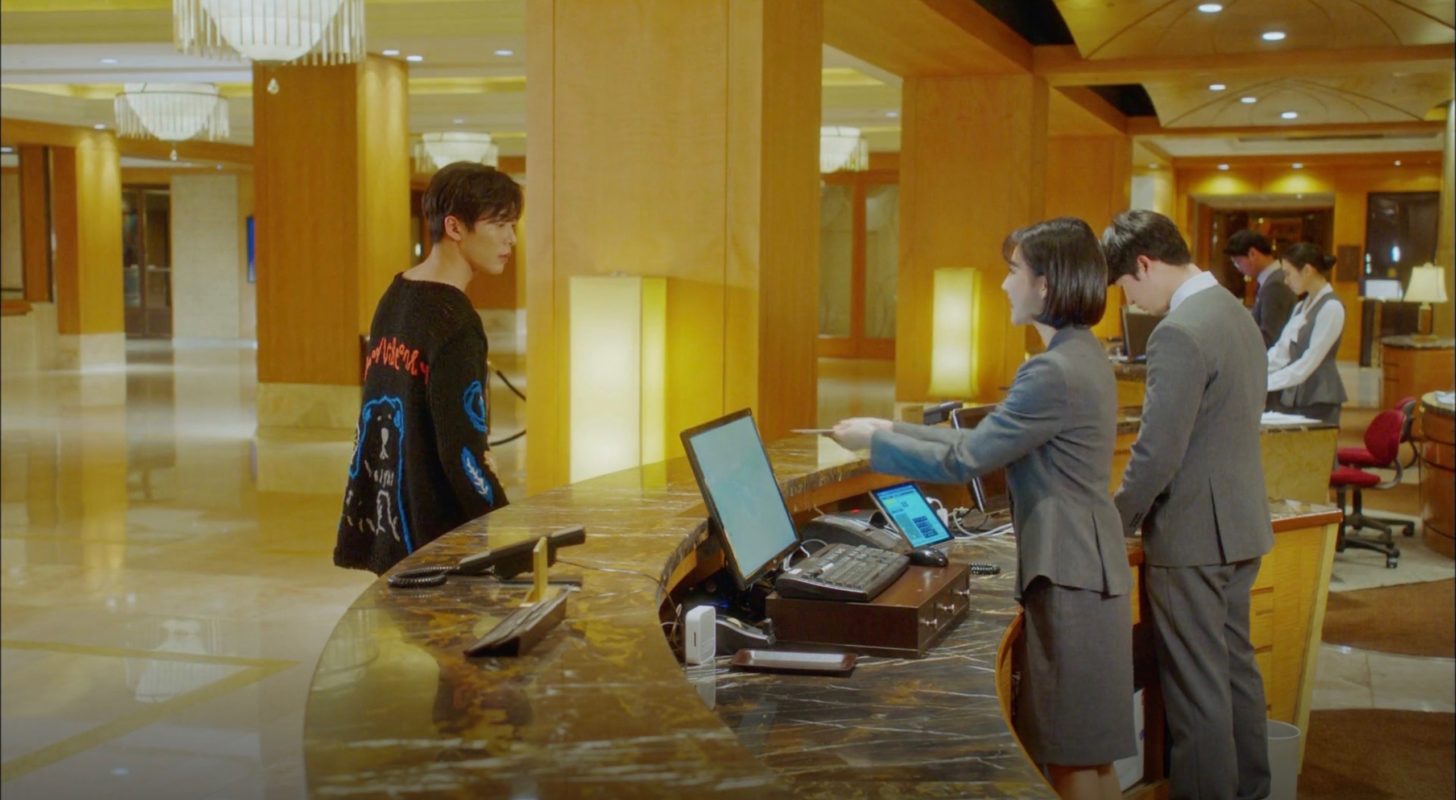 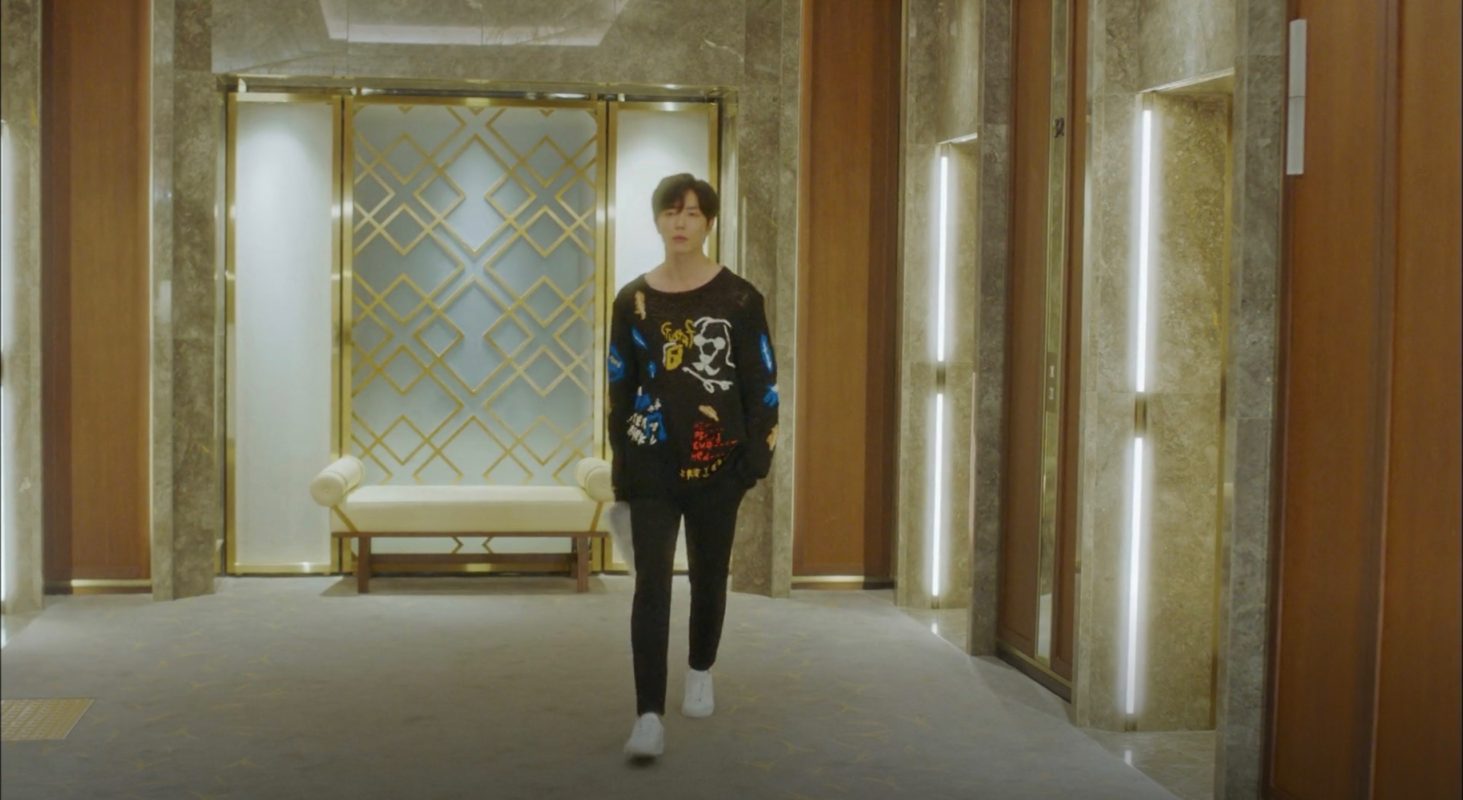 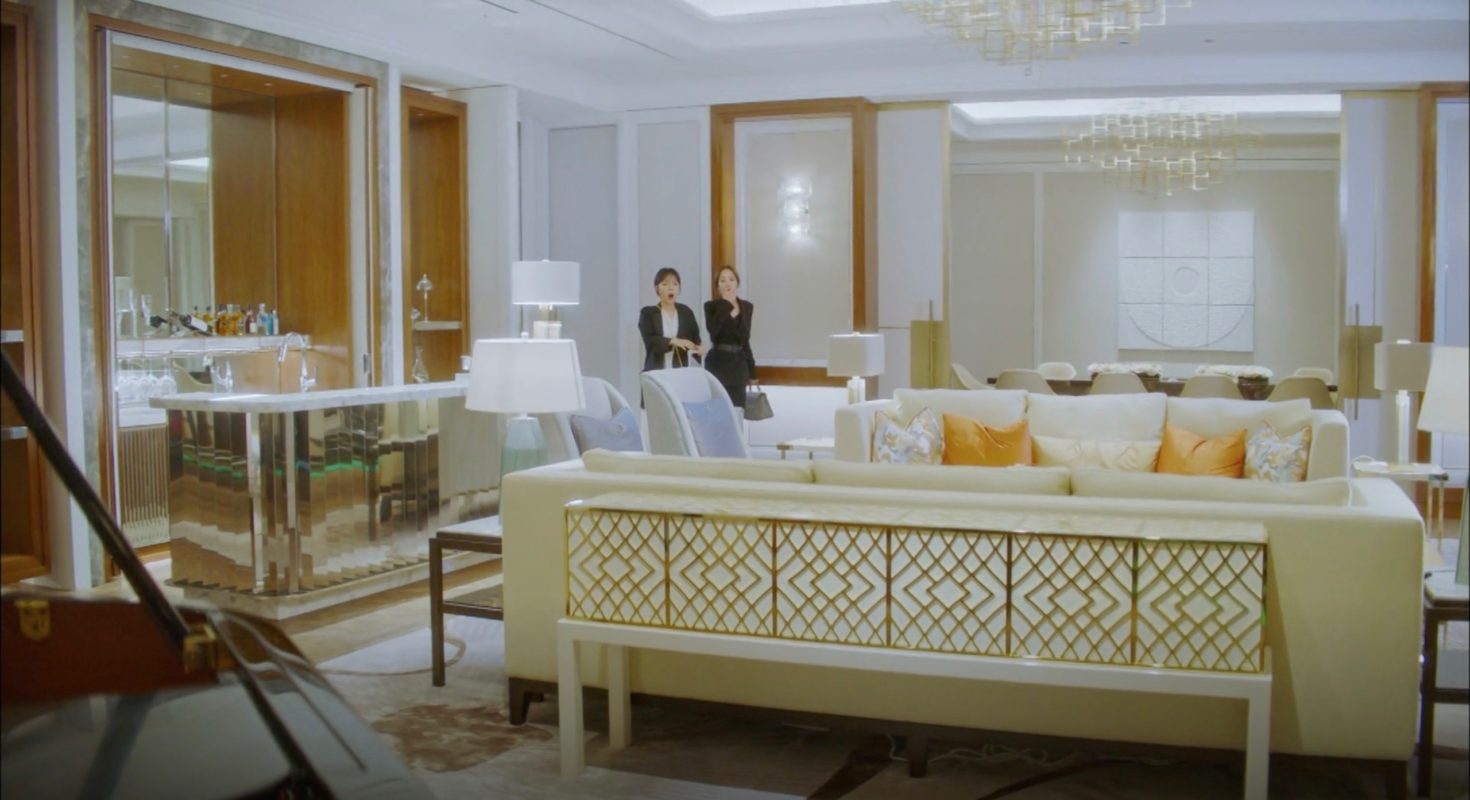 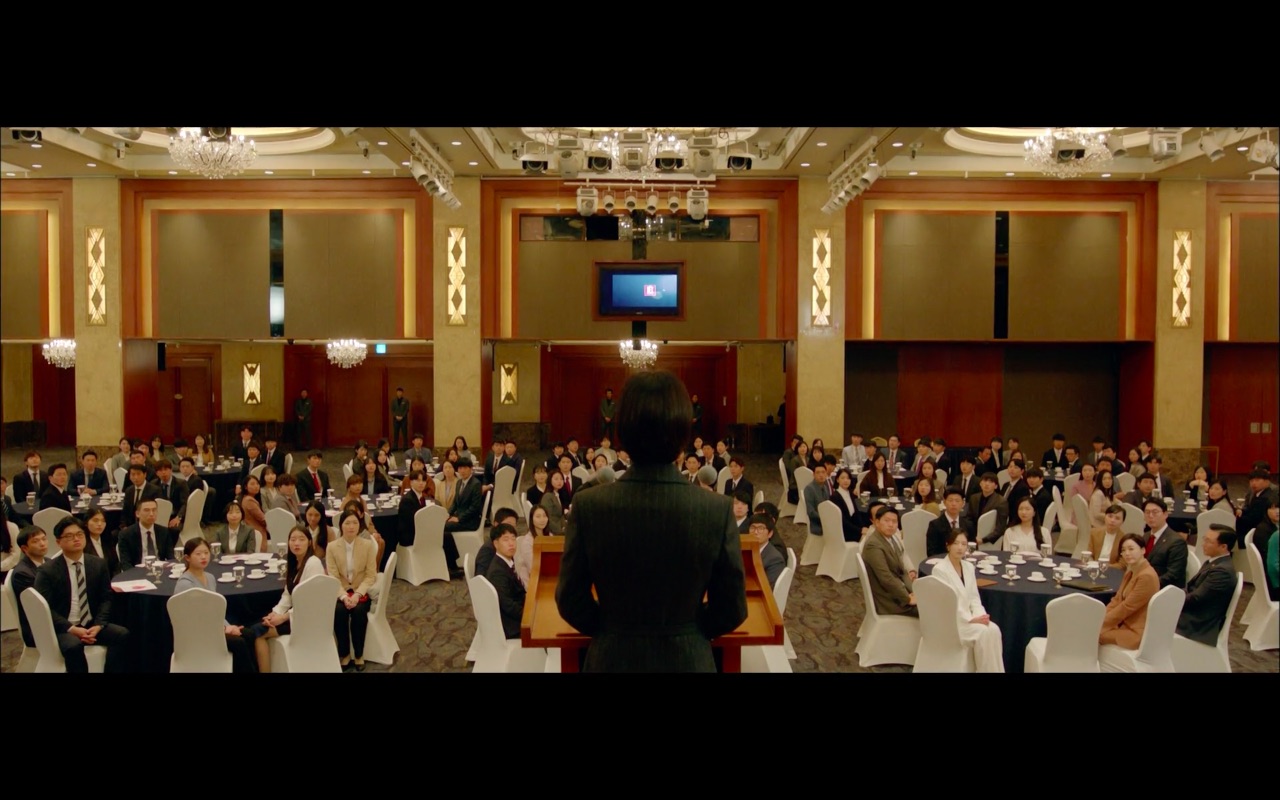 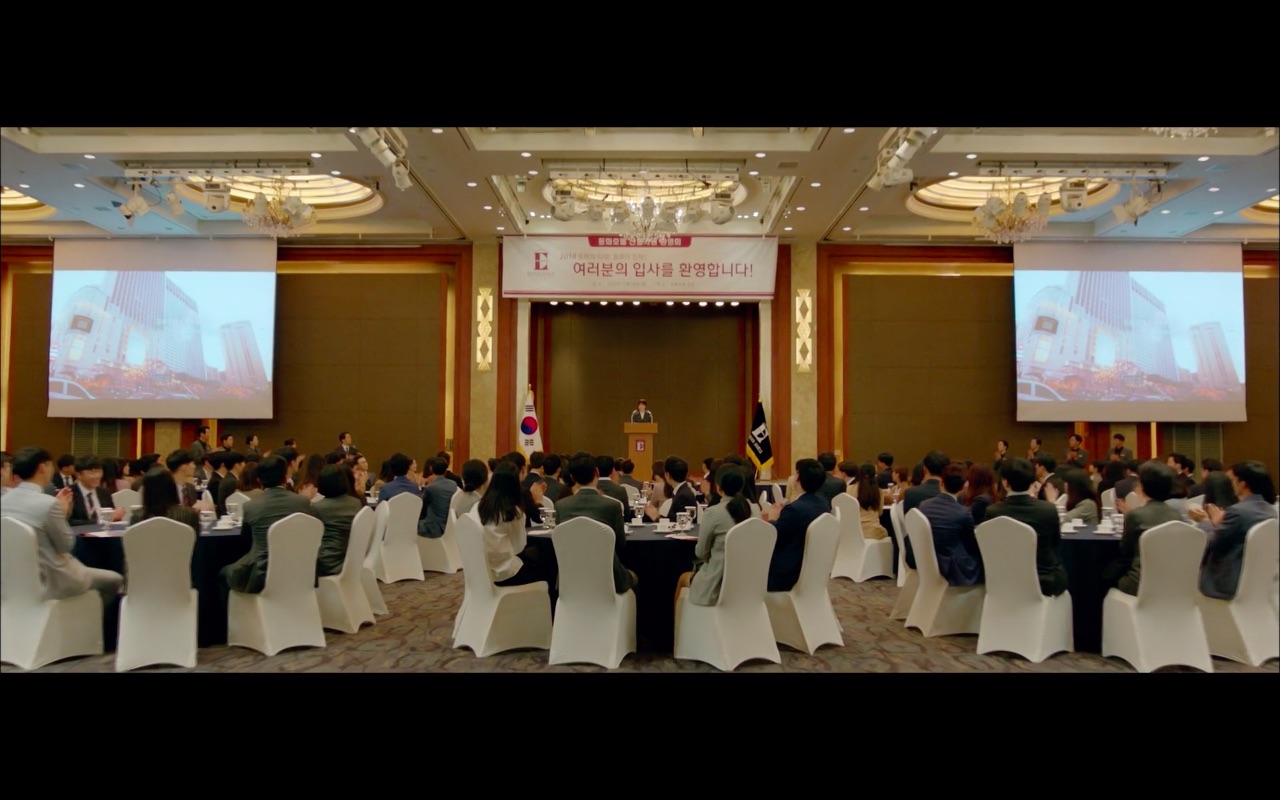 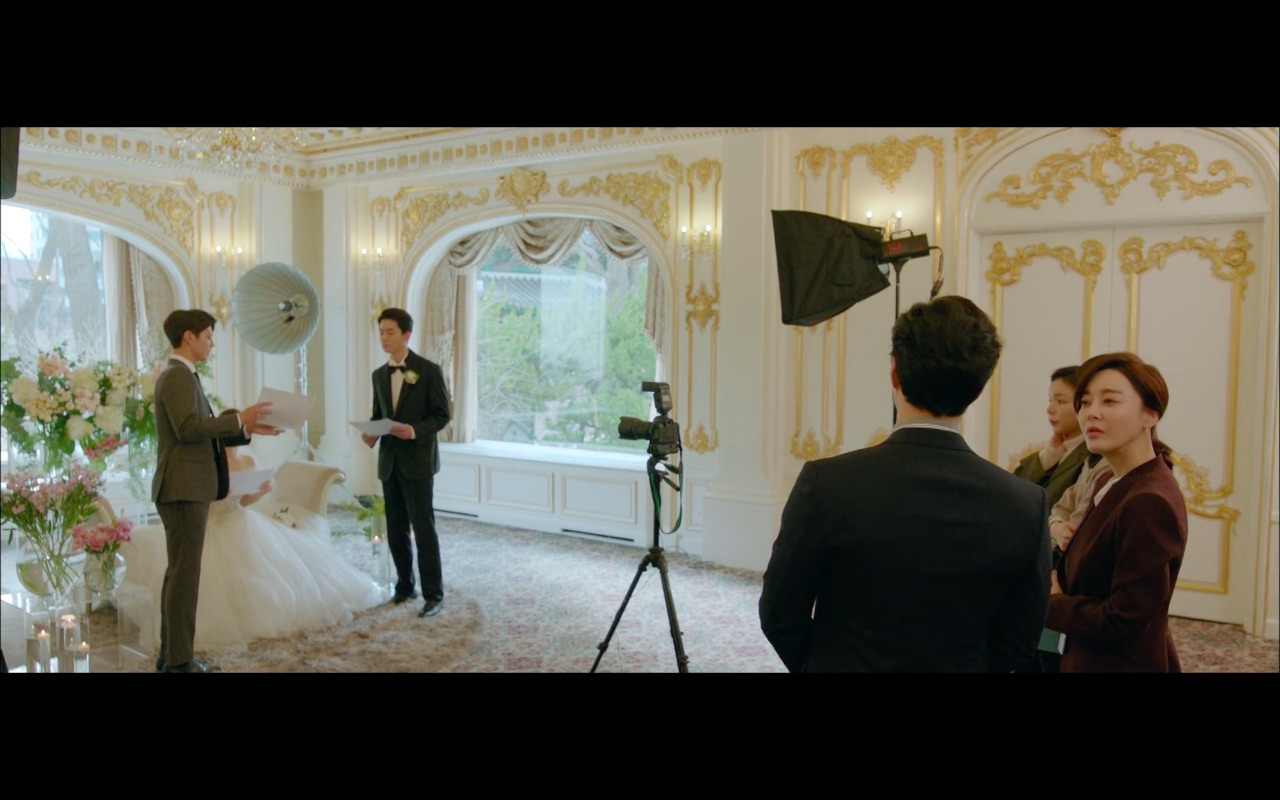 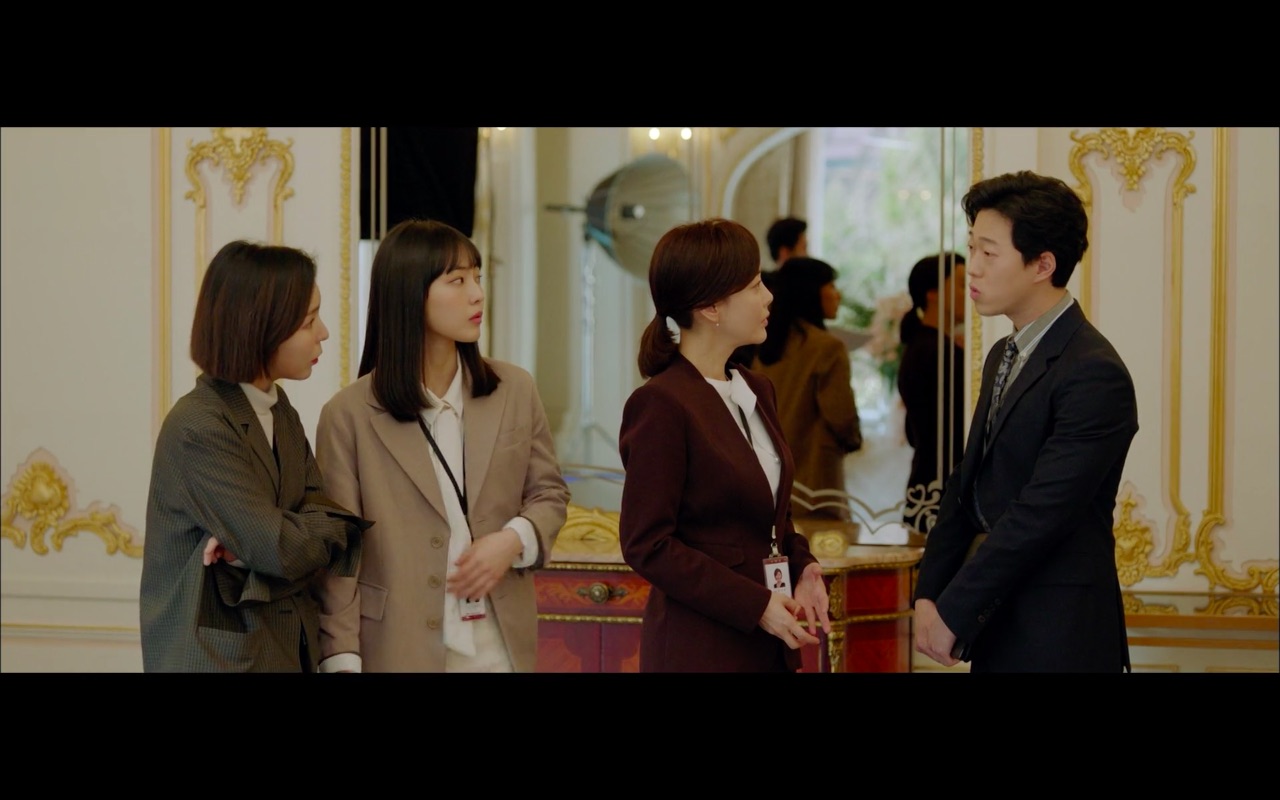 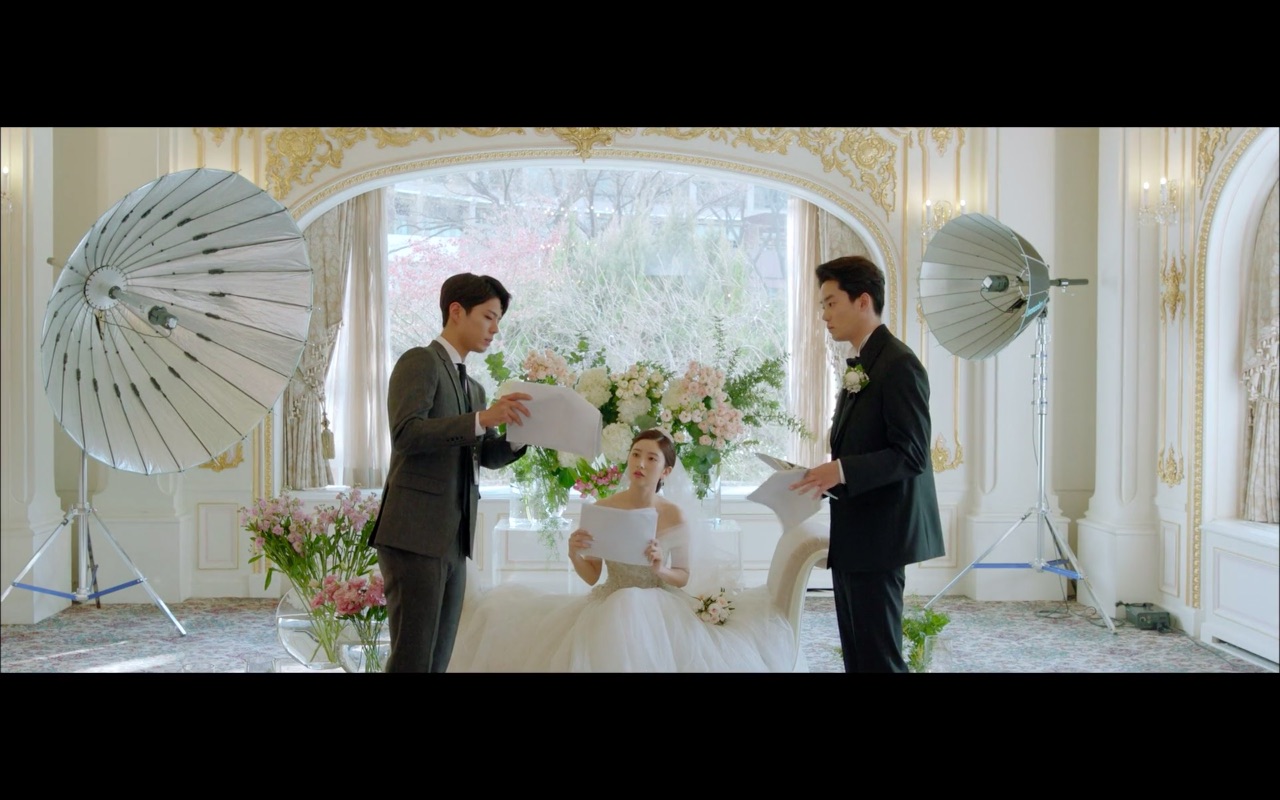 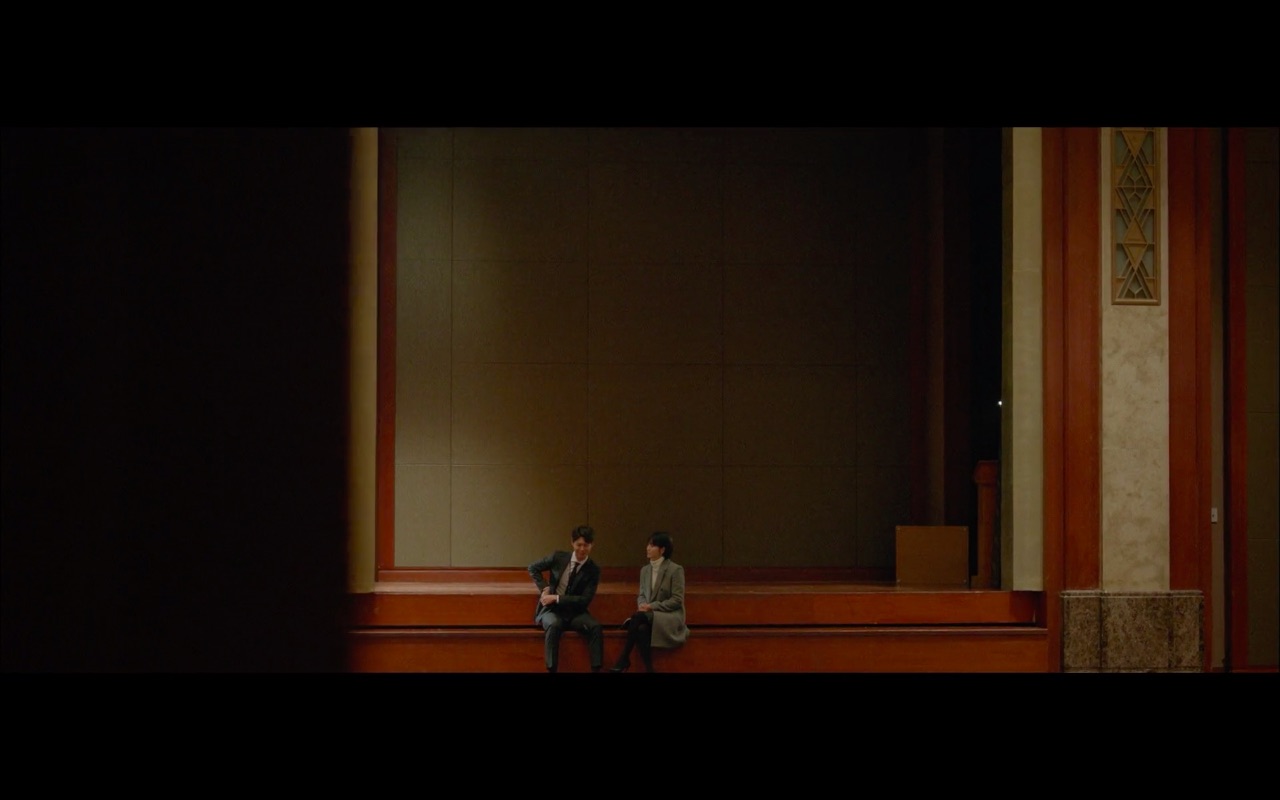 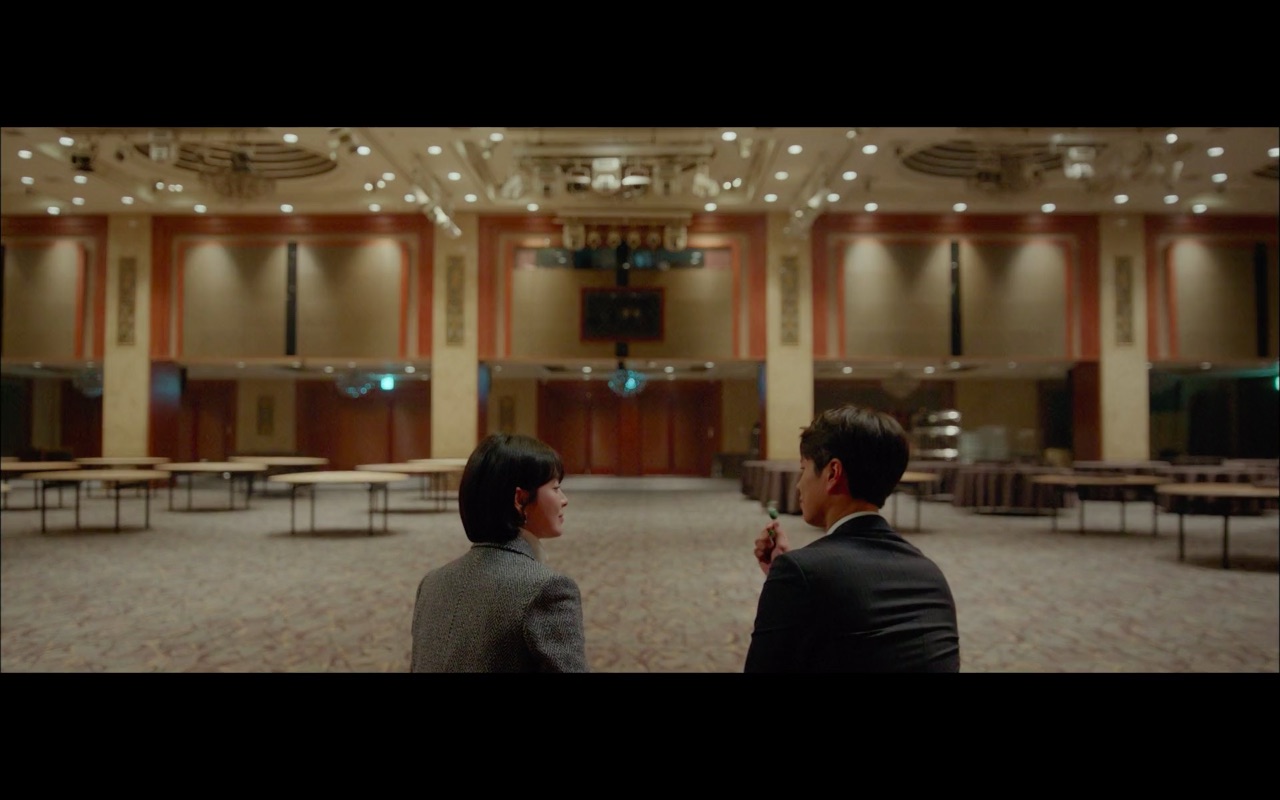 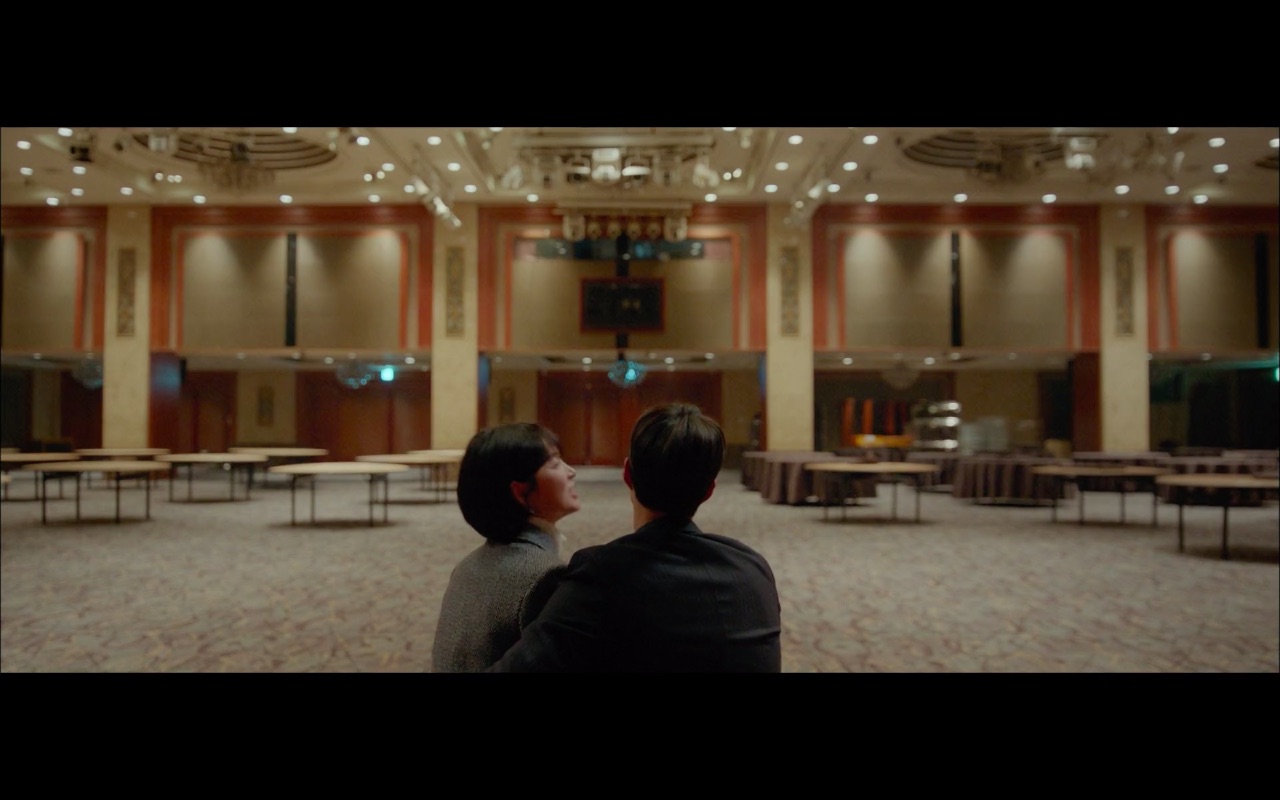 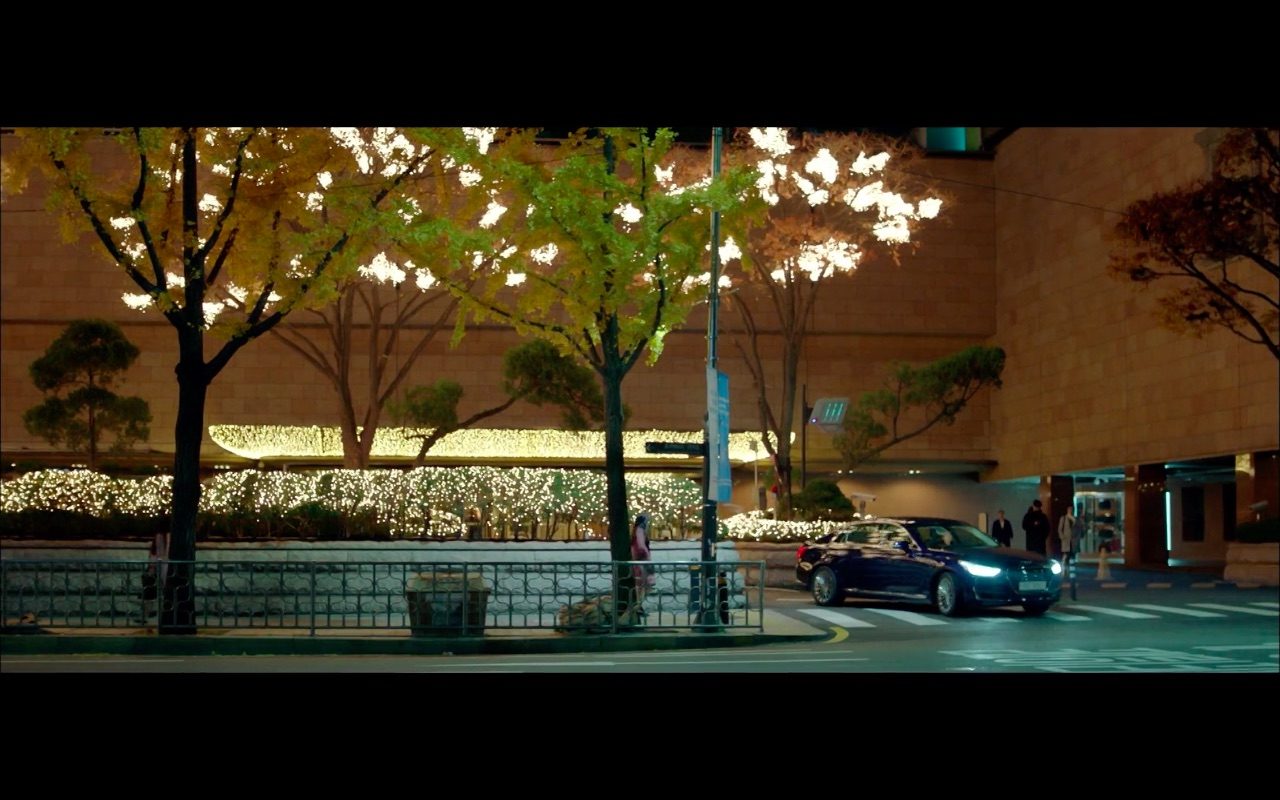 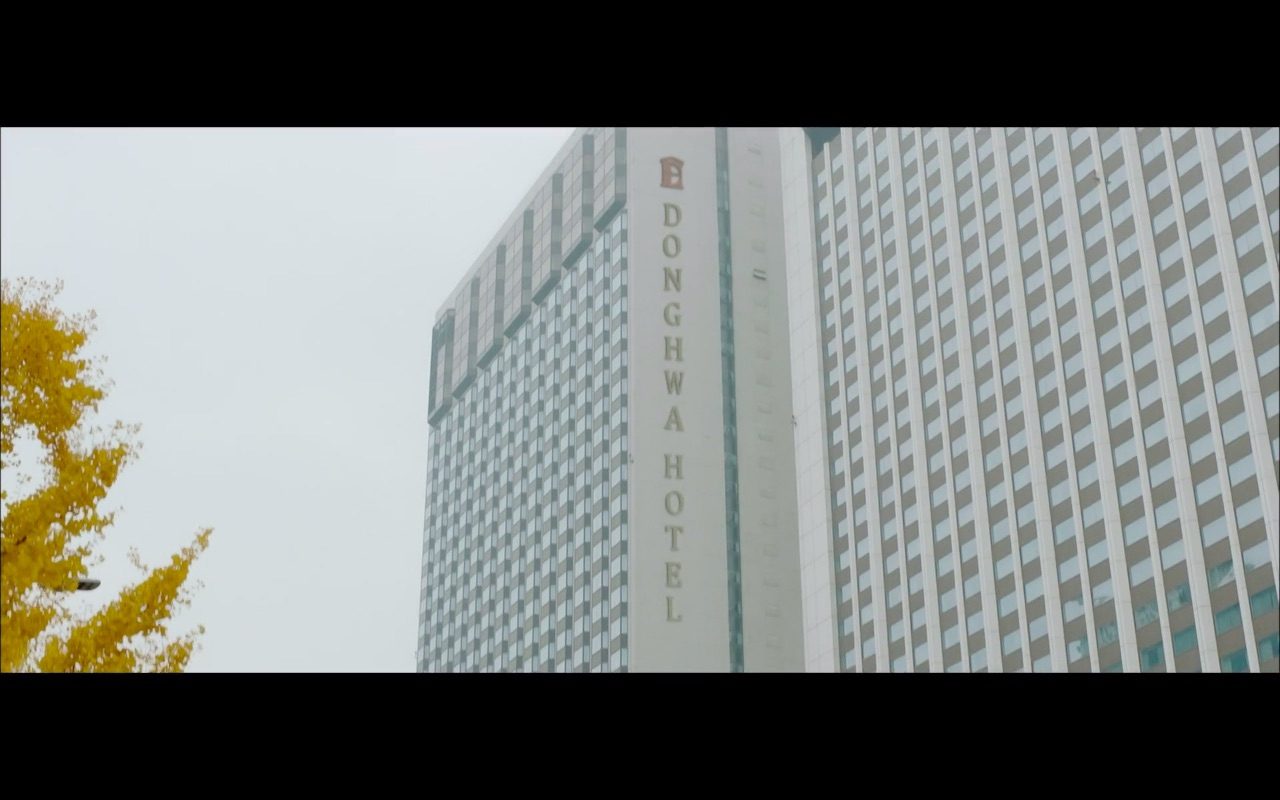 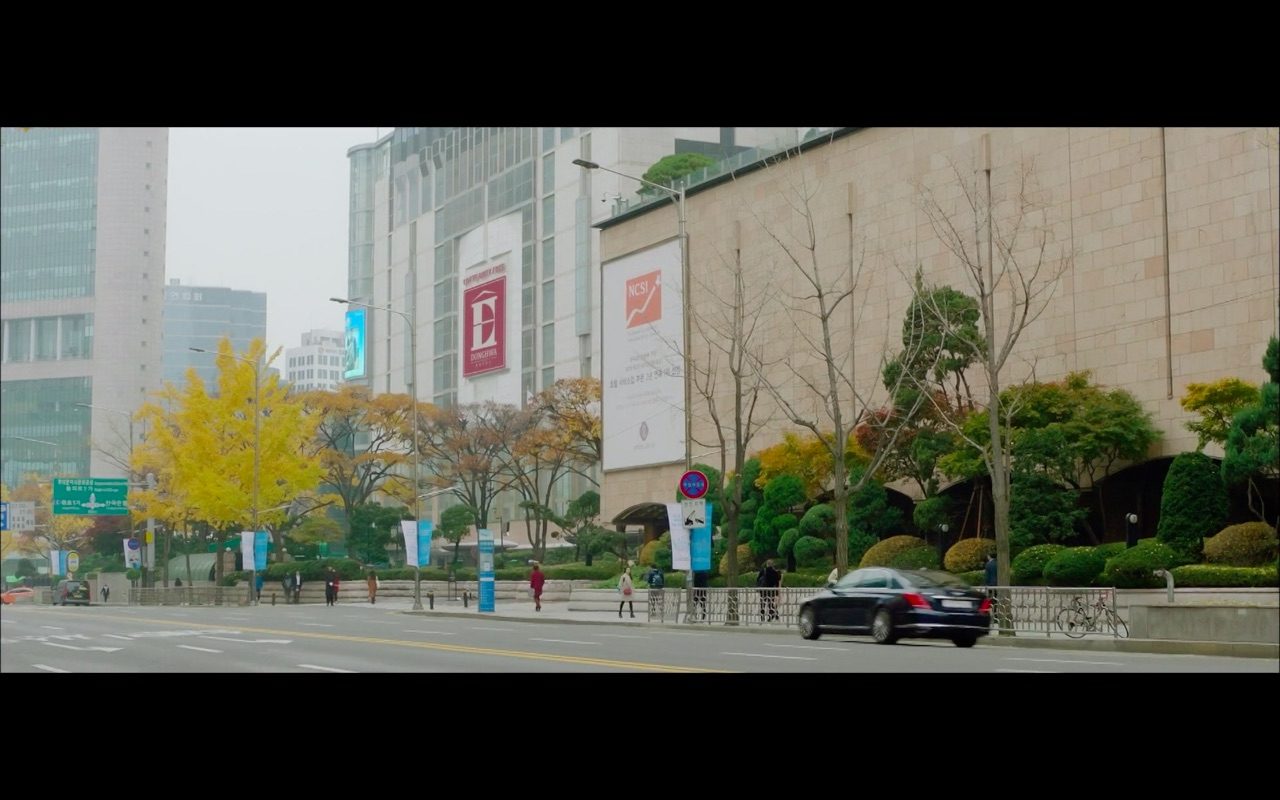 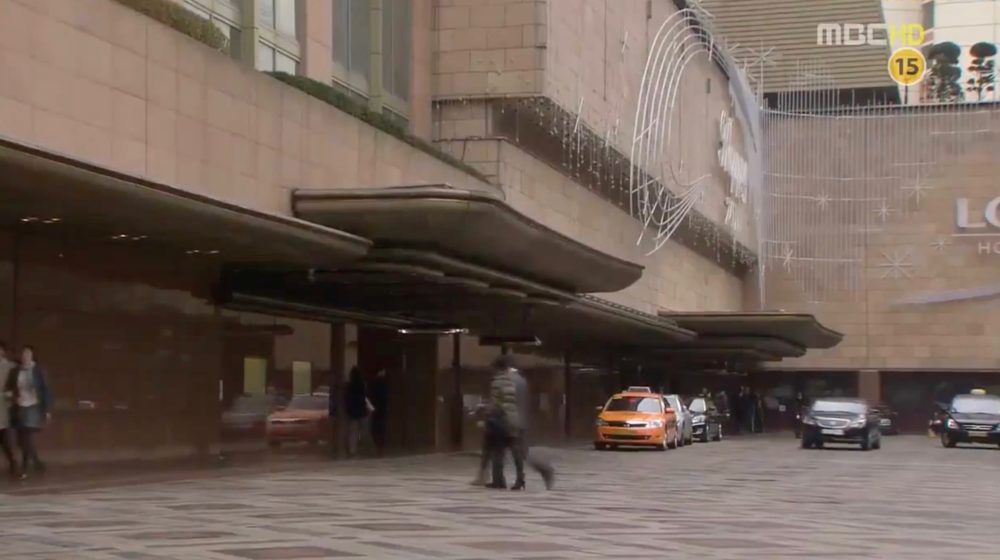 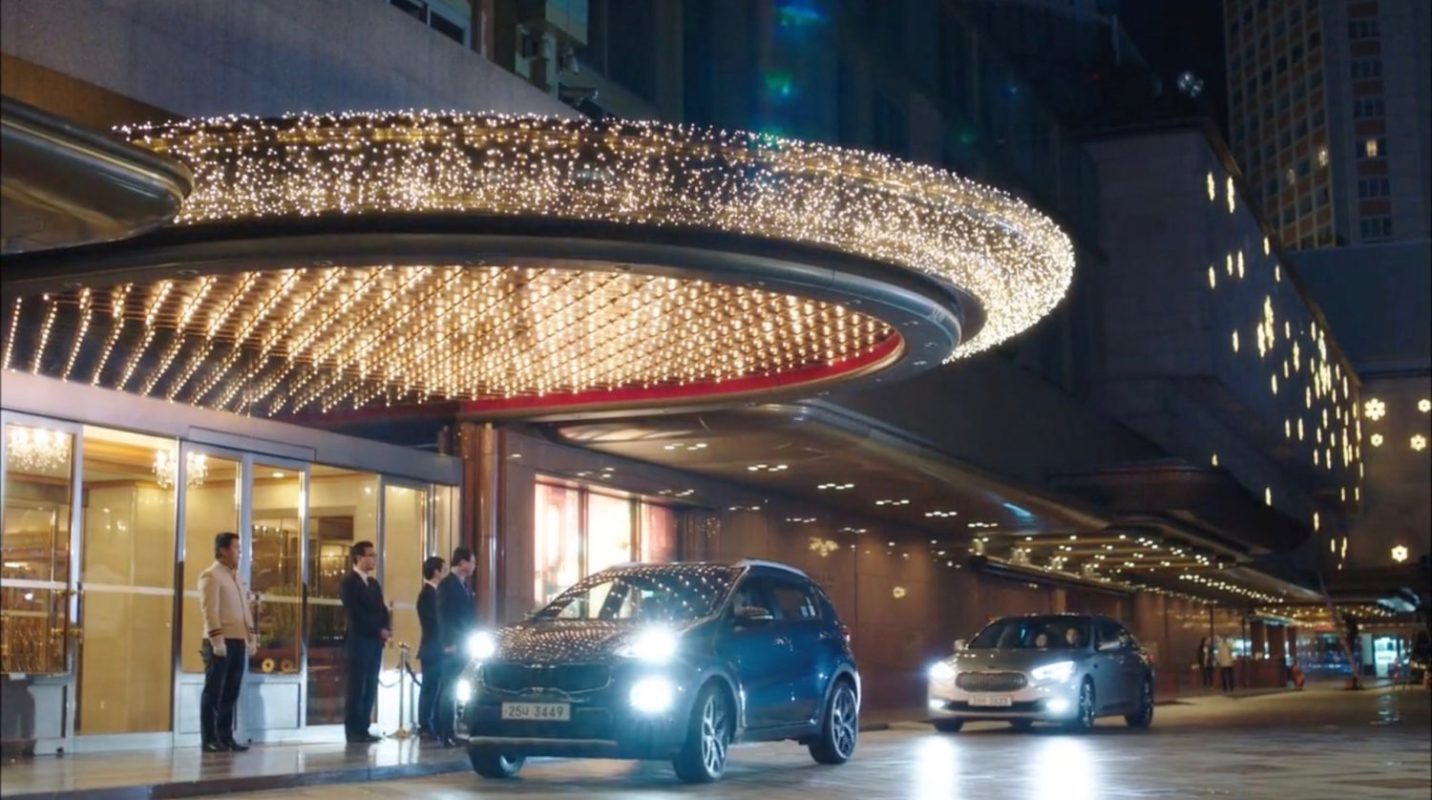 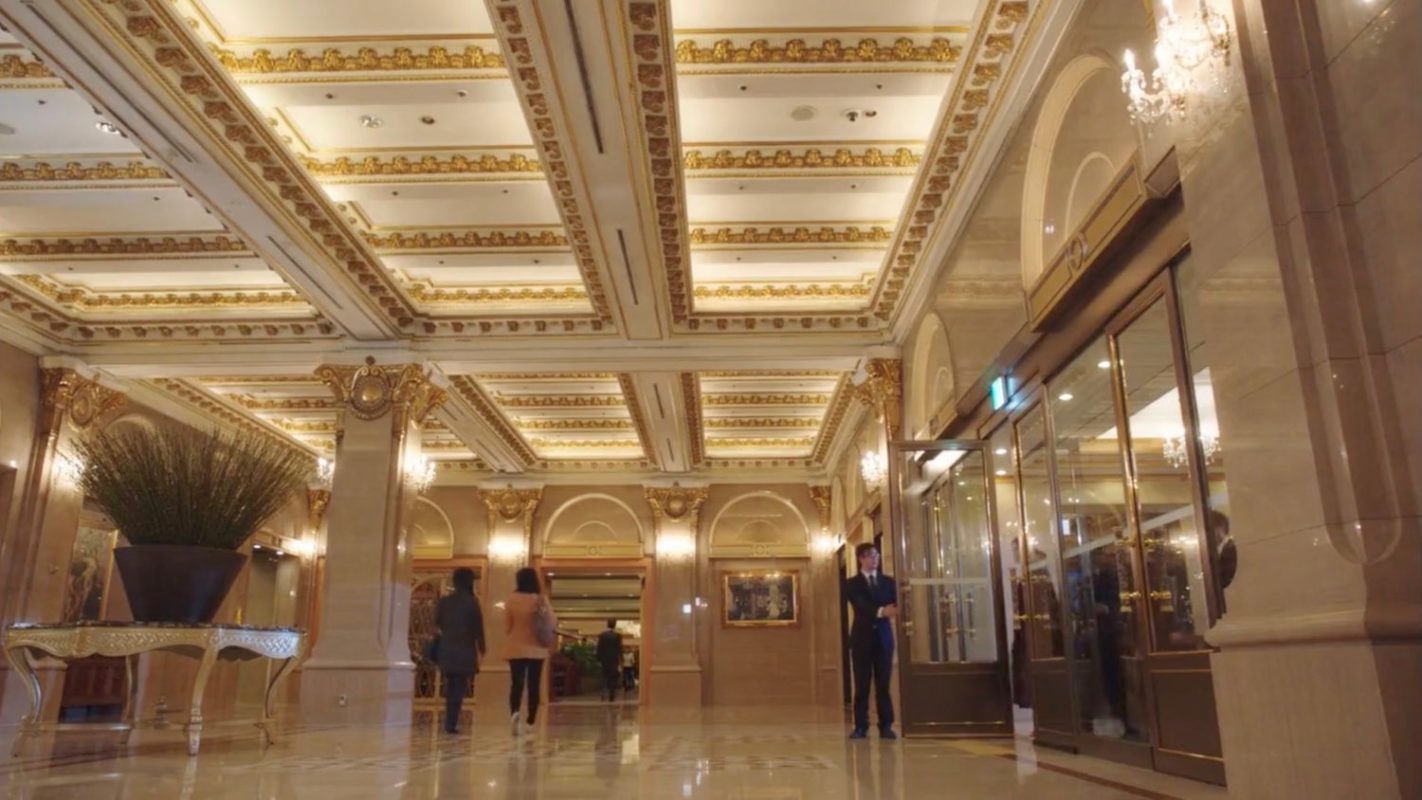 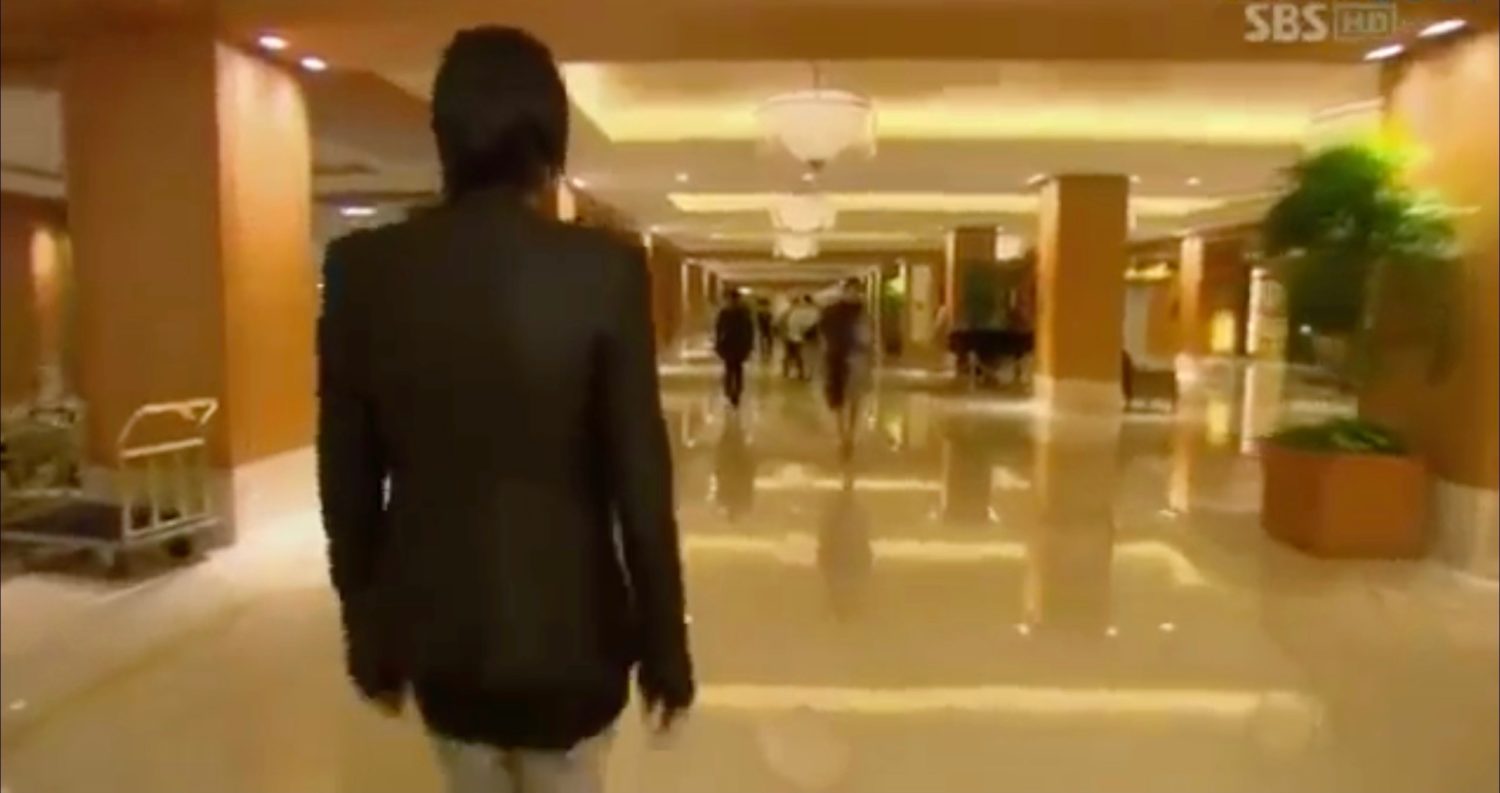 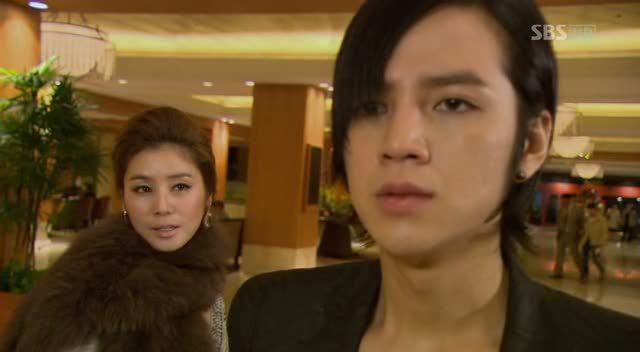 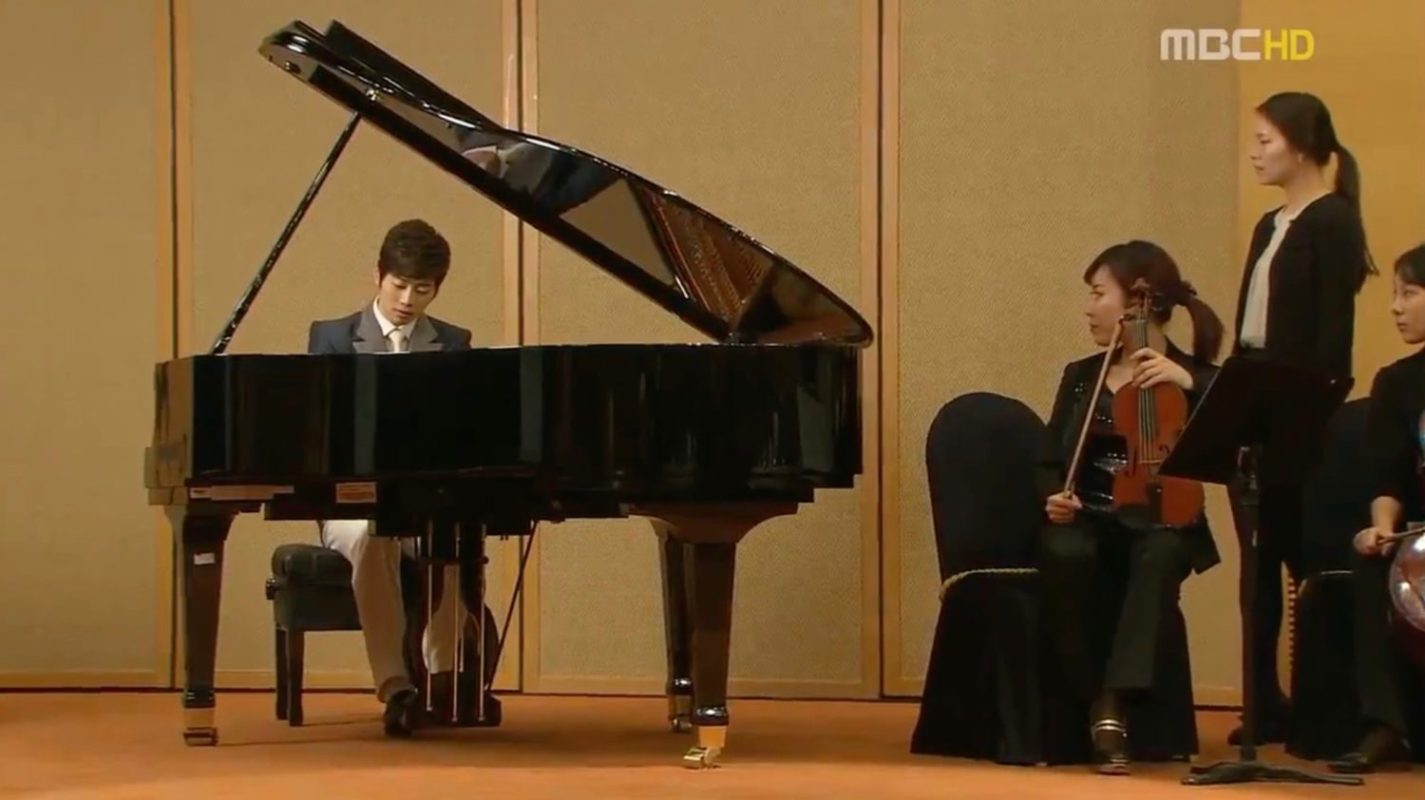 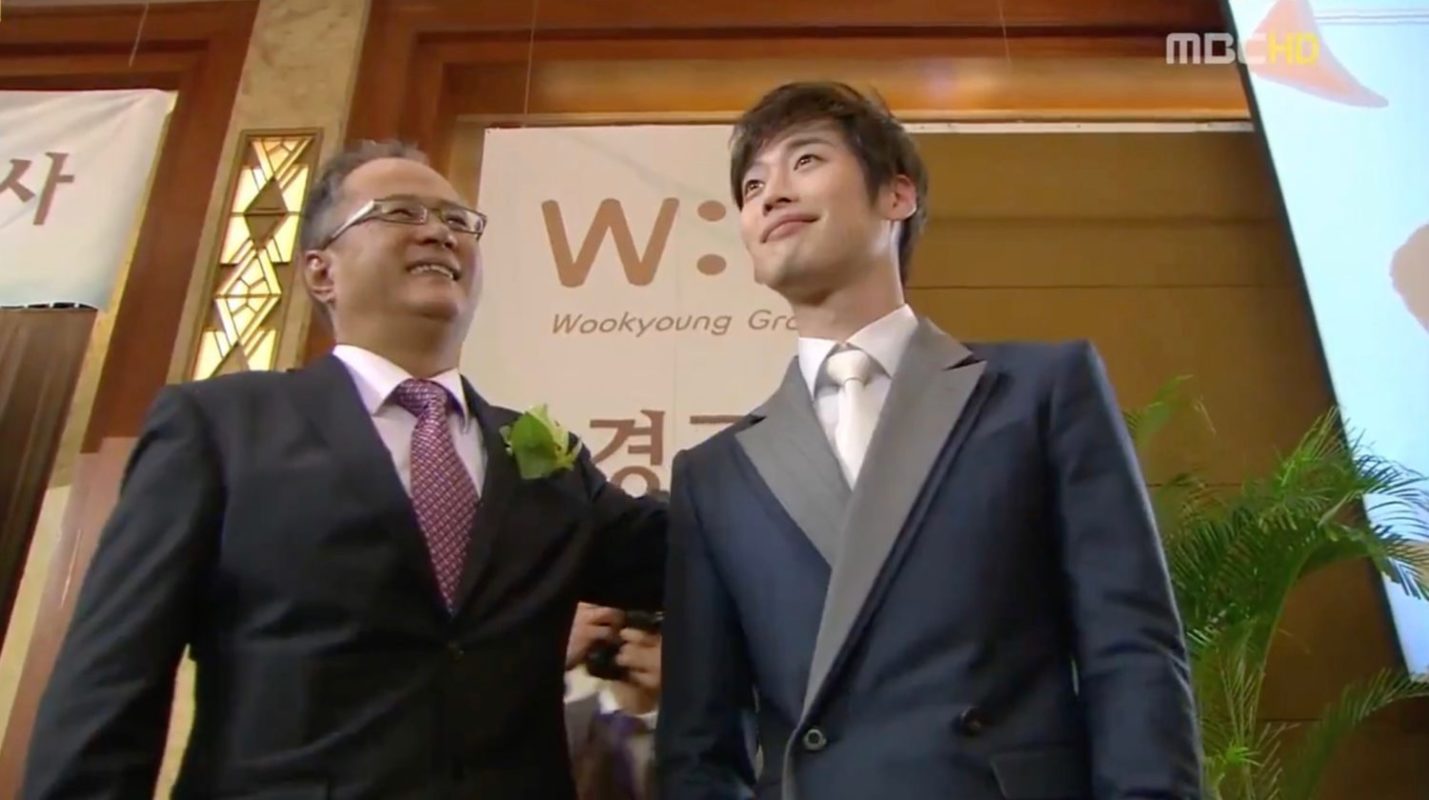 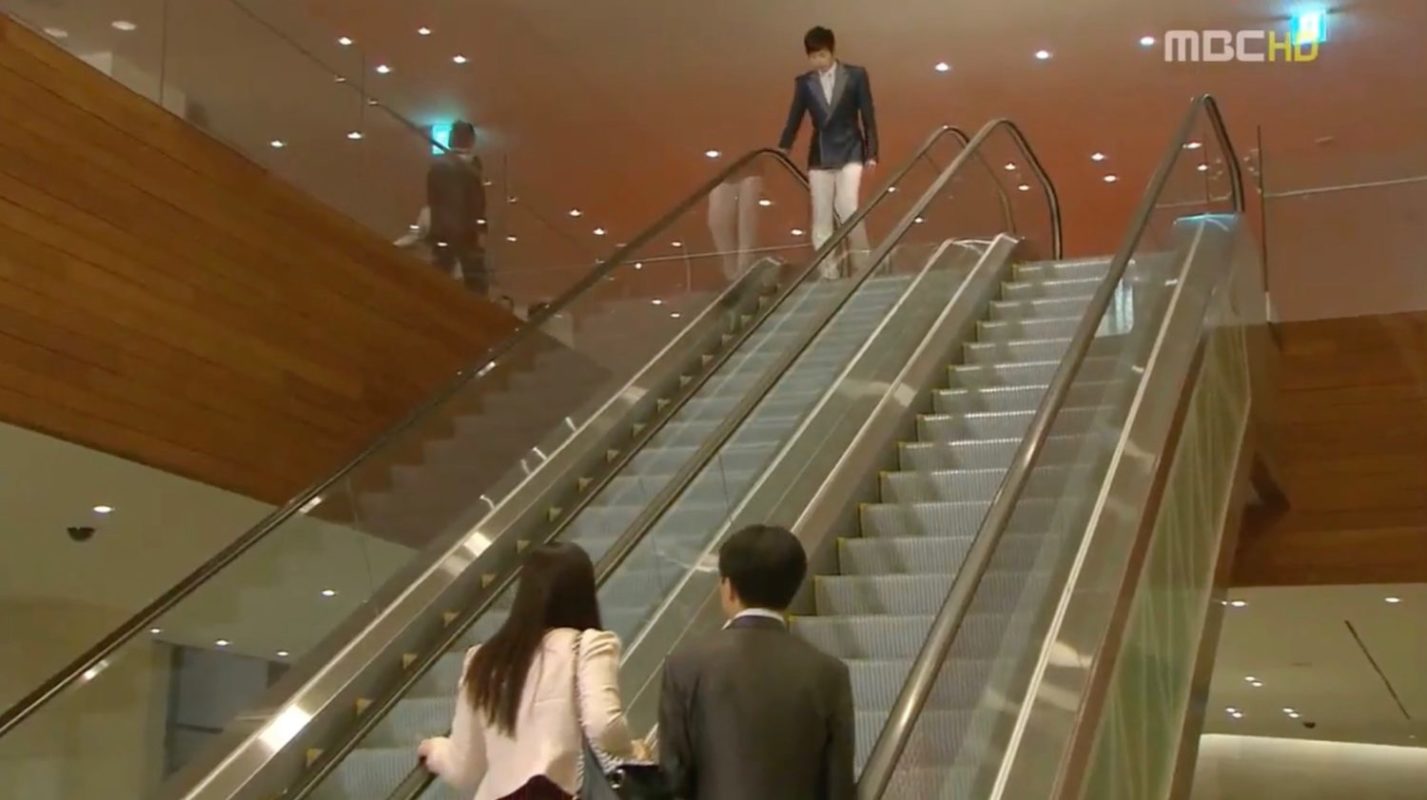 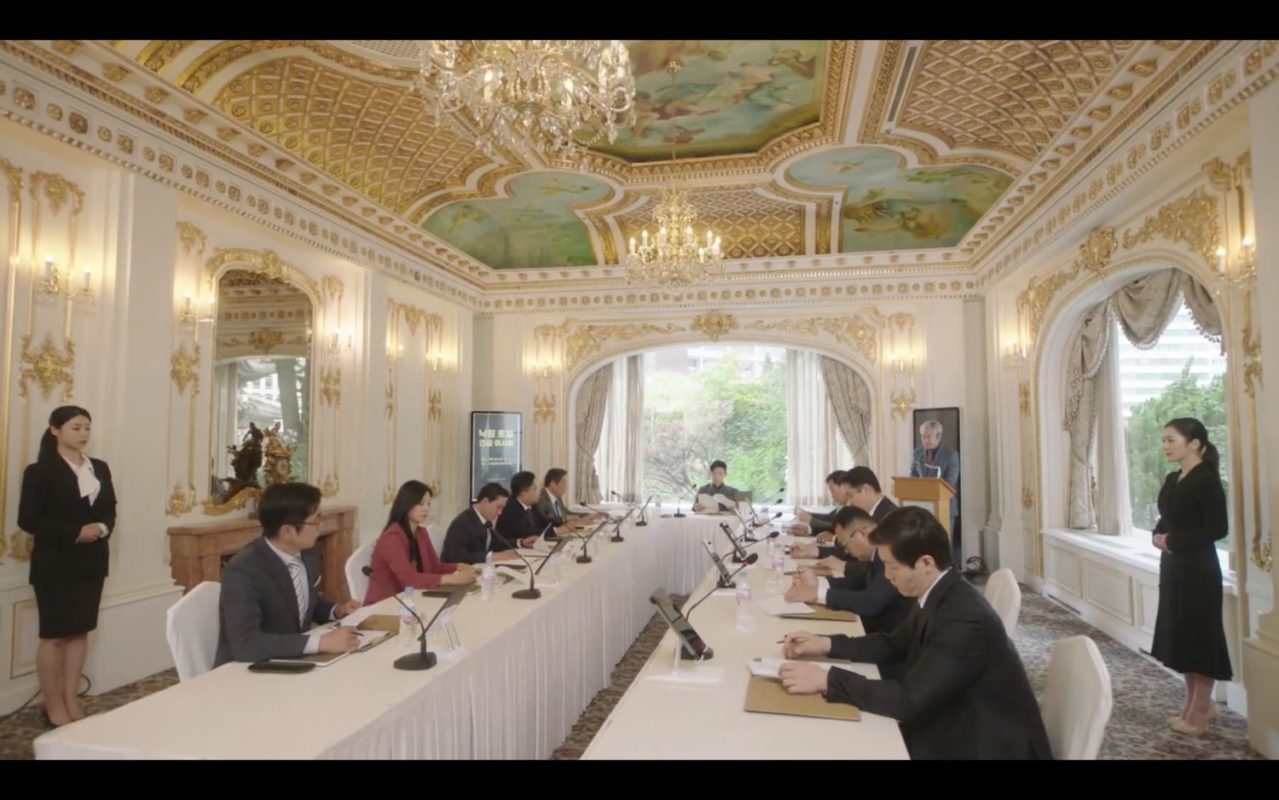 The shareholder meeting with regard to a possible liquidation of Nakwon Hotel Group is held in the Athene Garden room of this hotel in episode 1 of Curtain Call (커튼콜/Keoteunkol) (KBS2, 2022).

Ryan Gold (Kim Jae-wook) stays at this hotel’s Royal Suite Room after returning to South Korea in episode 1 of Her Private Life (그녀의 사생활) (tvN, 2019). Nearly in parallel, Sung Deok-mi (Park Min-young) and her best friend Lee Sun-joo (Park Jin-joo) find out that idol Cha Shi-an (One/Jung Je-Won) will also stay at this hotel (he had come back the same day to South Korea) and they try to book a room next to his. As Ryan already has the room, it does not work out. But Sun-joo tries to convince him by speaking of someone she loves but cannot show her love to. Later, when Ryan sees Sun-joo and Deok-mi together at a bar he thinks they are lovers and exchanges rooms with them to support their (otherwise probably discriminated) love — so he thinks.

This is shown as the exterior of ‘Donghwa Hotel’, which Cha Su-hyeon (Song Hye-kyo) is the president of in Encounter Boyfriend (남자친구) (tvN, 2018-19), and where Kim Jin-hyeok (Park Bo-gum) works at in the public relations (PR) team. Various interior scenes were also filmed here, at selected ballrooms and conference rooms. For example, the PR team meets the models for the wedding photoshoot at the Athene Garden room in episode 13; in the same episode, Su-hyeon and Jin-hyeok meet clandestinely at the Crystal Ballroom, which is also where many big meetings are held (like the new employees’ welcome function in episode 2, where Su-hyeon sees Jin-hyeok again). There is also a staged bus stop in front of this hotel at which Su-hyeon picks up a drunk Jin-hyeok in episode 2. Note that this bus stop does not exist in real life.

When Hong Yi-seul (Park Hee-von) gets a phone call from ’48th floor’, Park Ri-hwan (Lee Dong-wook) drives her directly to this hotel in episode 5 of Bubblegum/Bubble Gum (풍선껌) (tvN, 2015) and she hurries to a room at this building where her grandfather is laying in bed with a respiratory mask; her mother (Park Jun-keum) follows her some minutes behind and also arrives at this hotel wondering who had just dropped off her daughter.

This hotel appears as ‘Daehan Hotel’ to which Park Hae-young (Song Seung-heon) brings Lee Seol (Kim Tae-hee) in episode 3 of My Princess (마이 프린세스) (MBC, 2011) to protect her from reporters; this is also where she finds out who he is.

Wookyung Group holds a celebratory party at this hotel in episode 6 of Can You Hear My Heart?/Listen to My Heart (내 마음이 들리니) (MBC, 2011) and this is when adult Cha Dong-joo (Kim Jaewon) makes his first public appearance after a long time abroad; to the surprise of his step-father Choi Jin-cheol (Song Seung-hwan) who is quite unpleased with the situation.

Hwang Tae-kyung (Jang Geun-seok) lives at this hotel in You’re Beautiful (미남이시네요) (SBS, 2009) — as seen, for instance, in episode 3 when he crosses his mother Mo Hwa-ran (Kim Sung-ryung) in the lobby who also lives here.

Part of the Lotte Group chain of hotels, Lotte Hotel Seoul [롯데호텔서울] was the first to open in 1973. It is located in Seoul’s neighborhood Euljiro1(il)ga [을지로1가] in the Jung District [Jung-gu/중구].

This hotel is featured as a recommended hotel in the 2022 Forbes Travel Guide.

The driveway and some interior scenes of the hotel in Encounter were filmed at Nexon Korea Building [넥슨코리아].