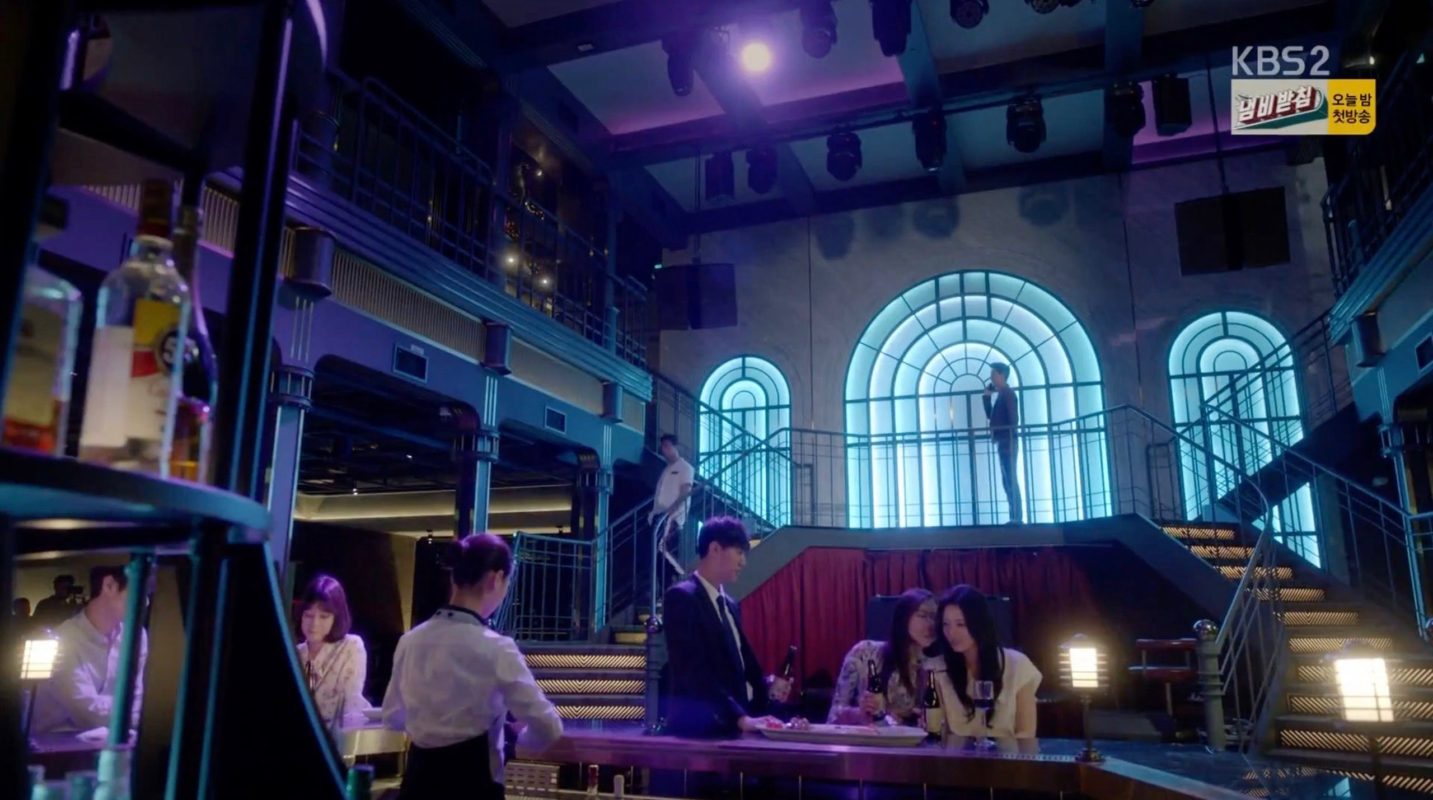 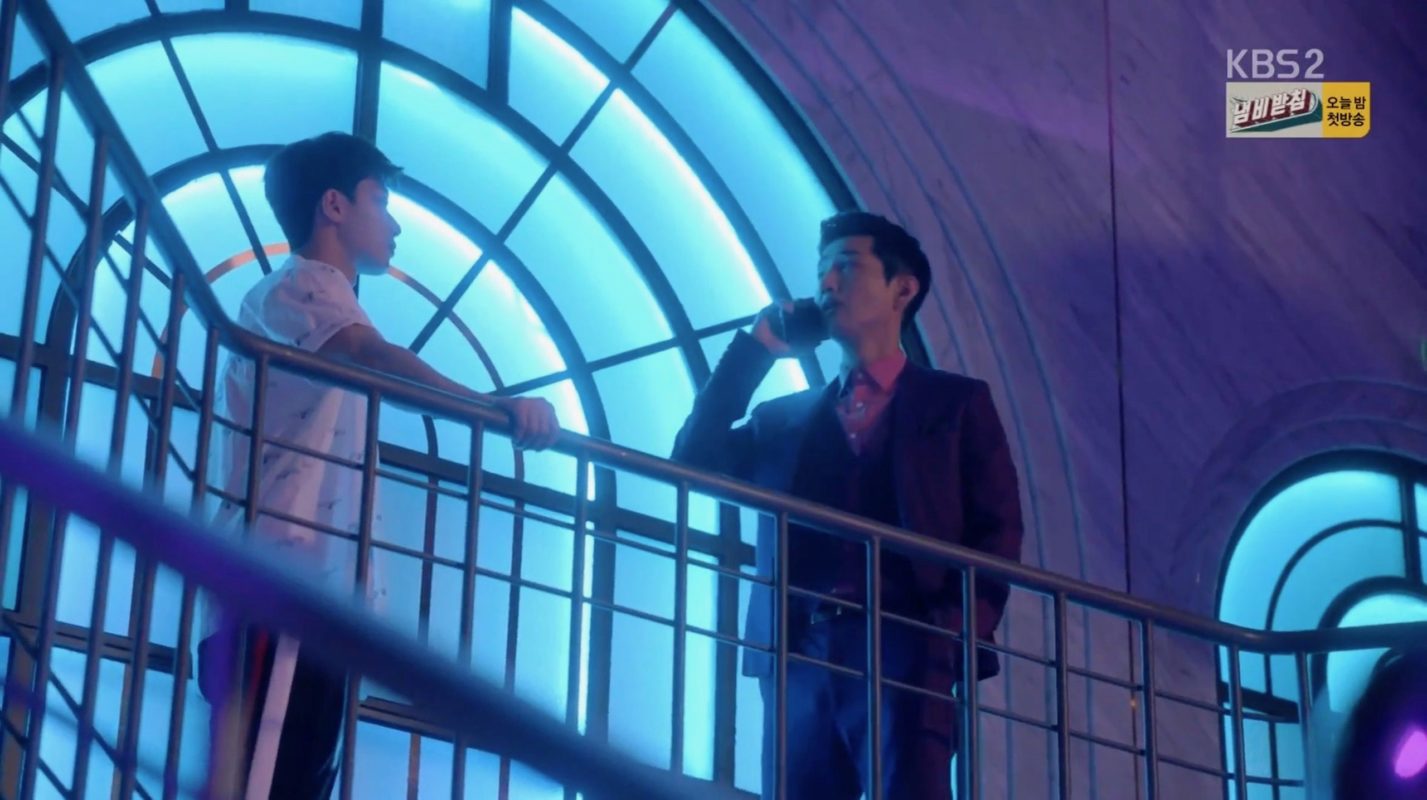 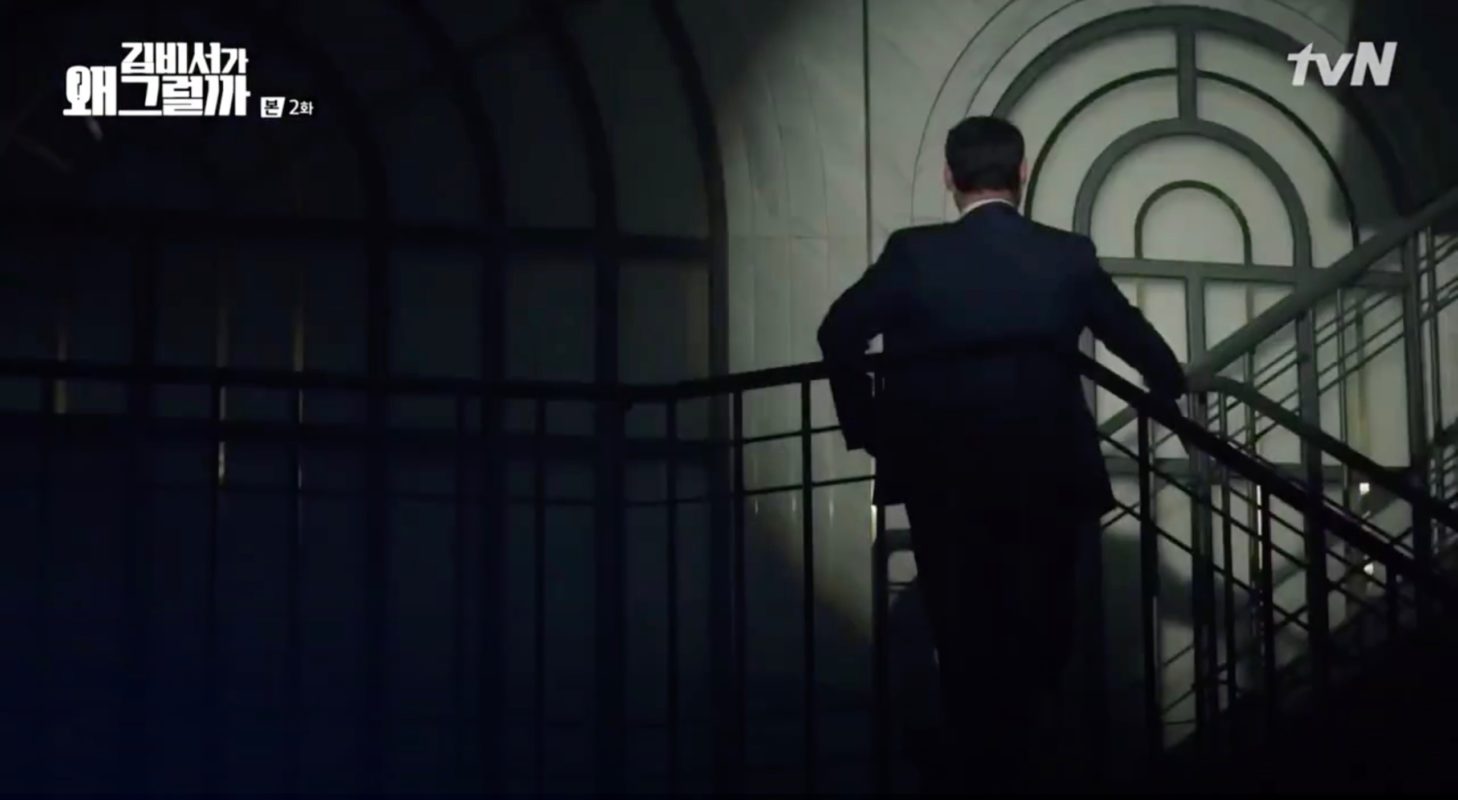 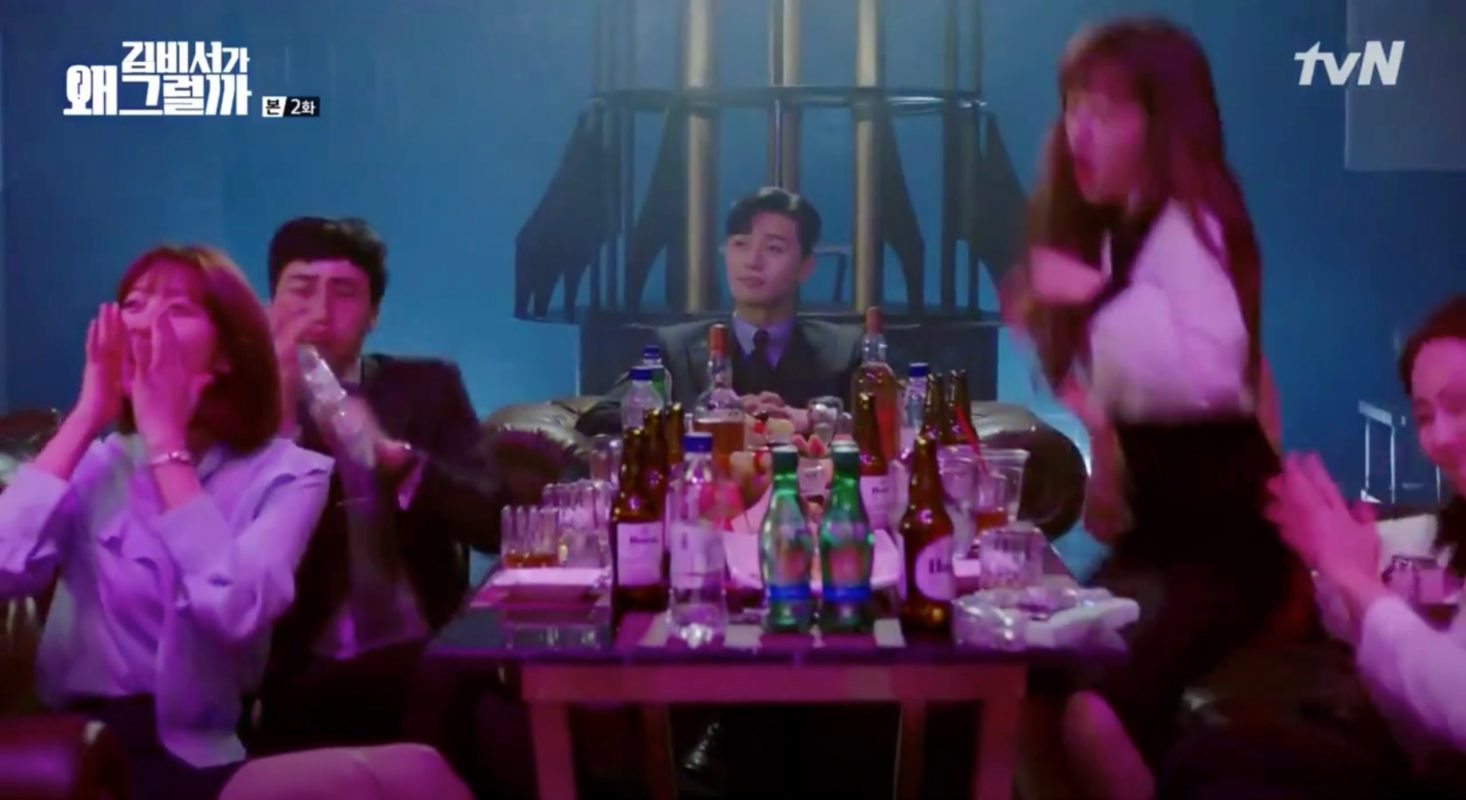 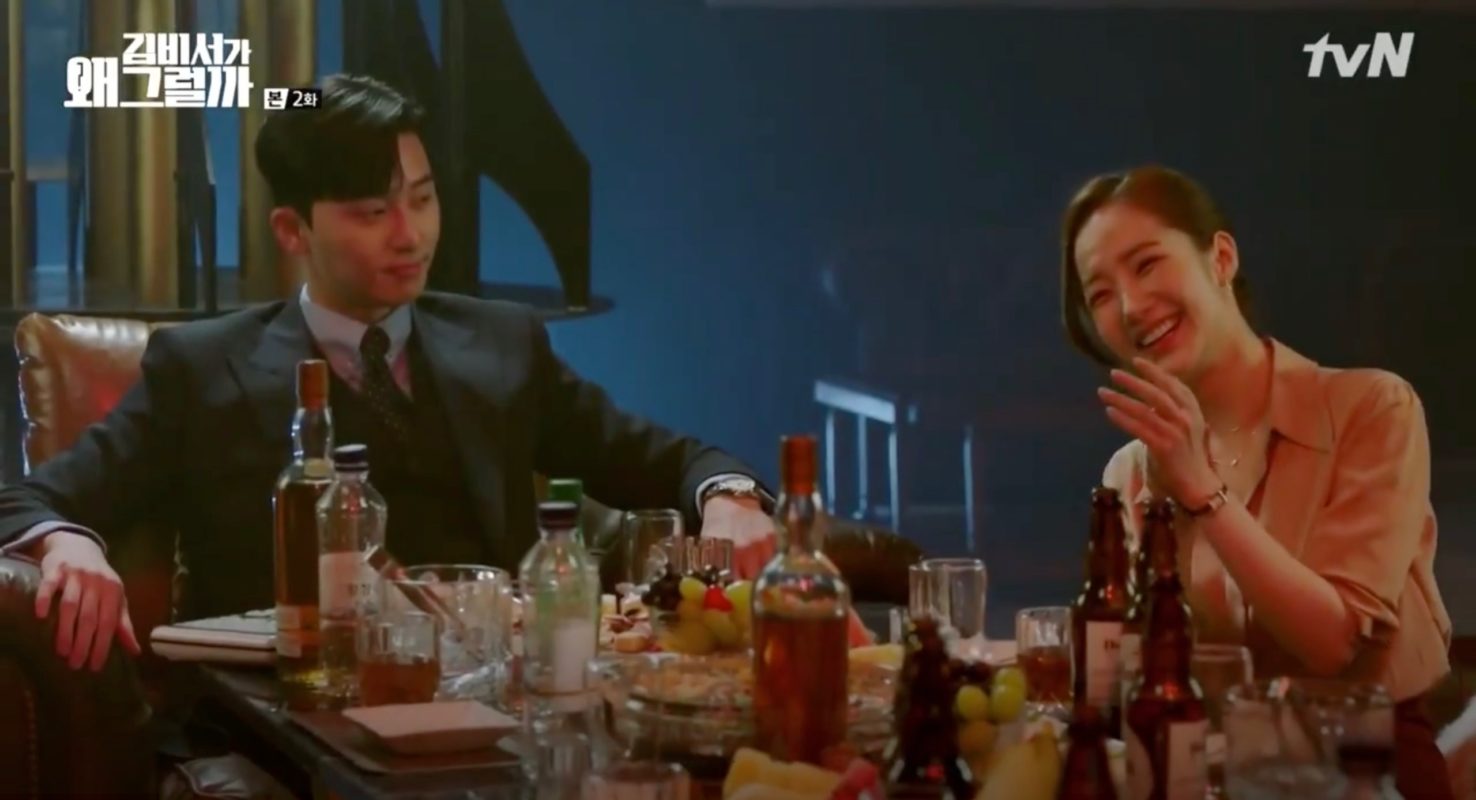 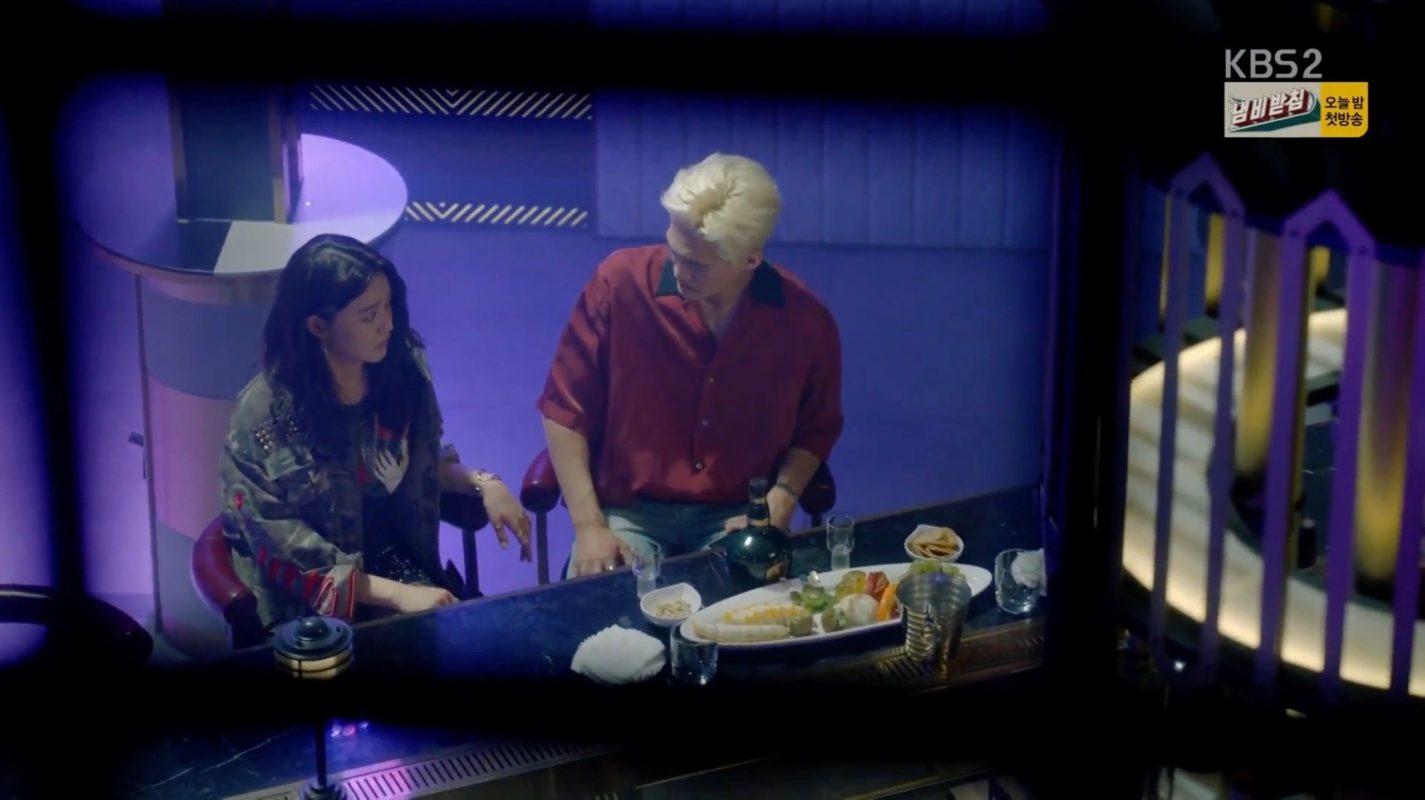 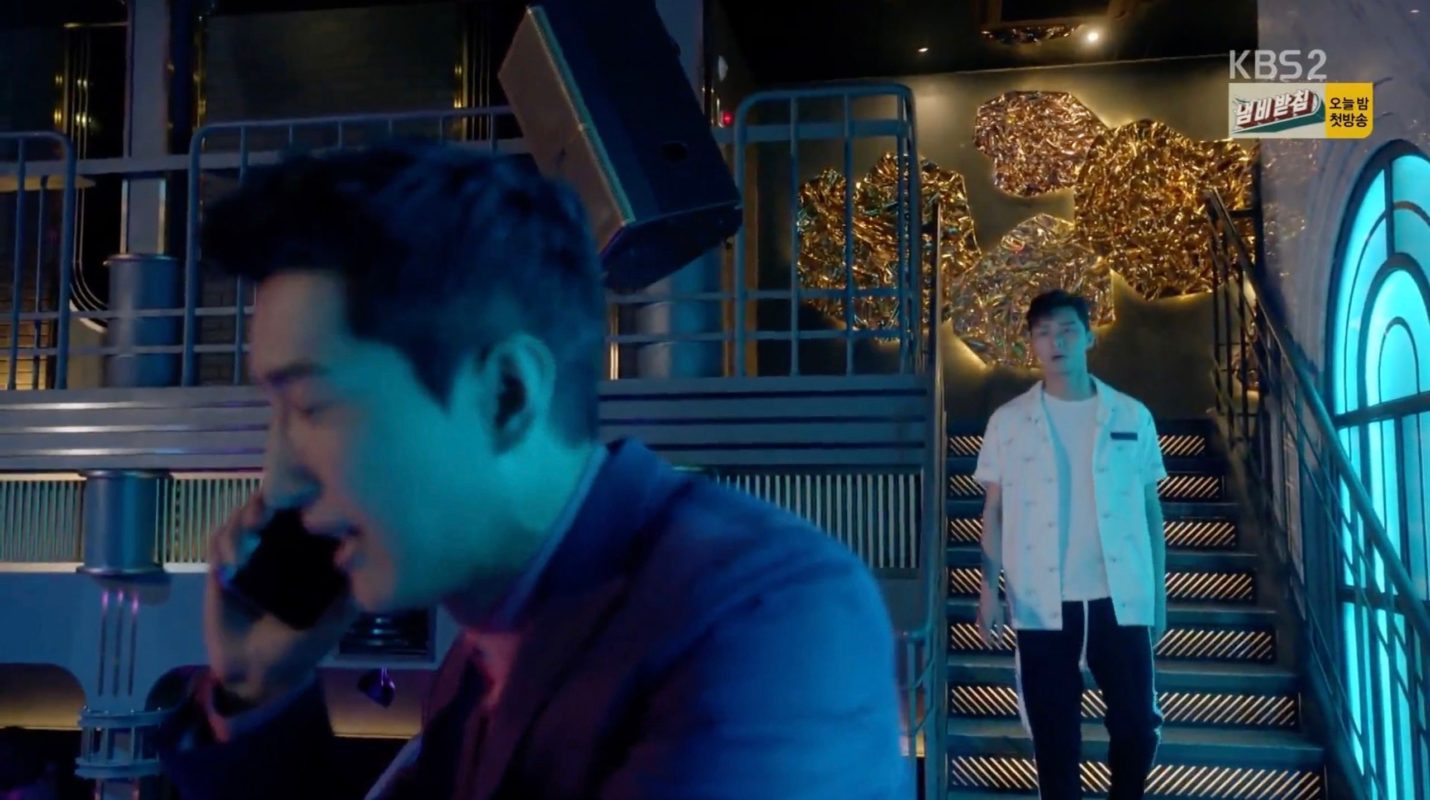 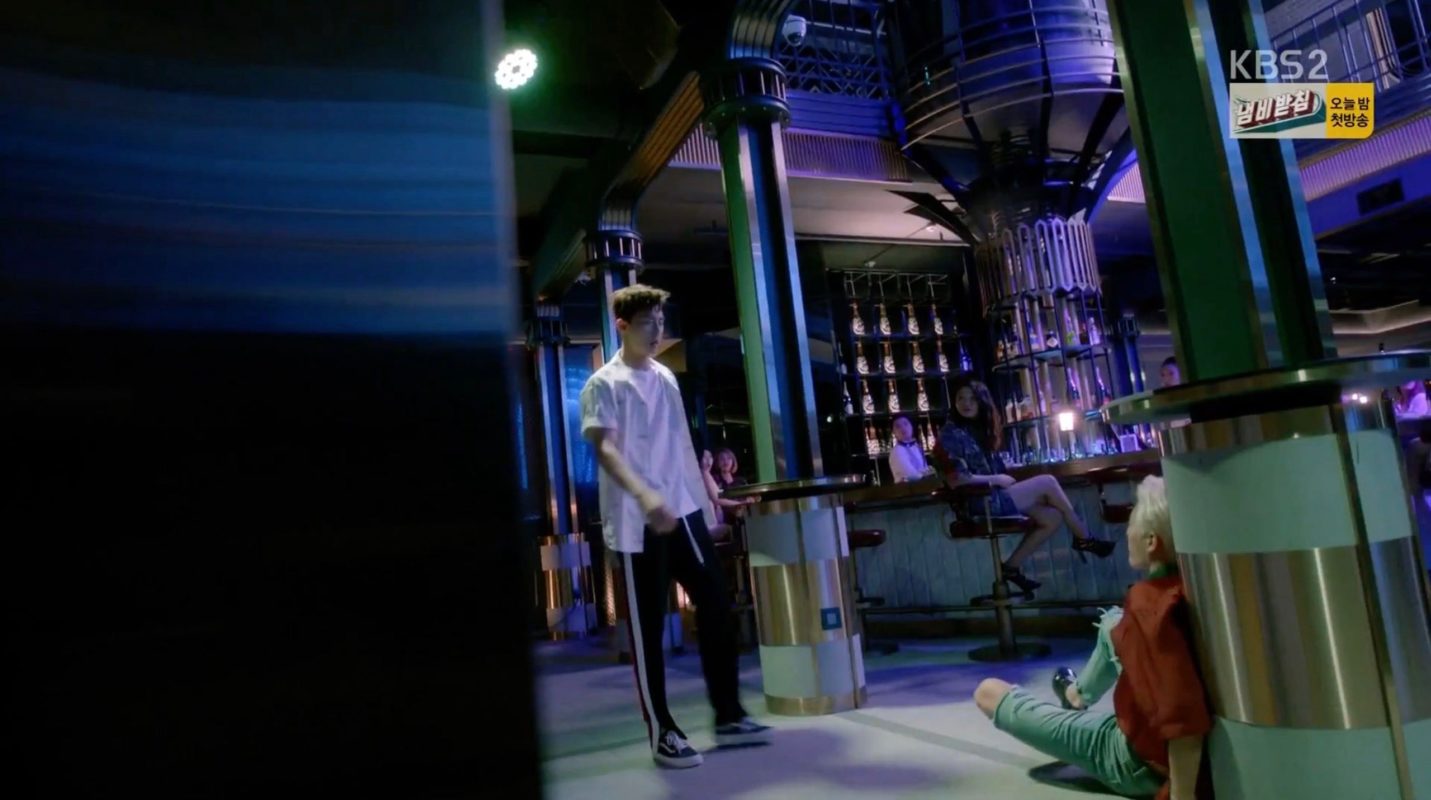 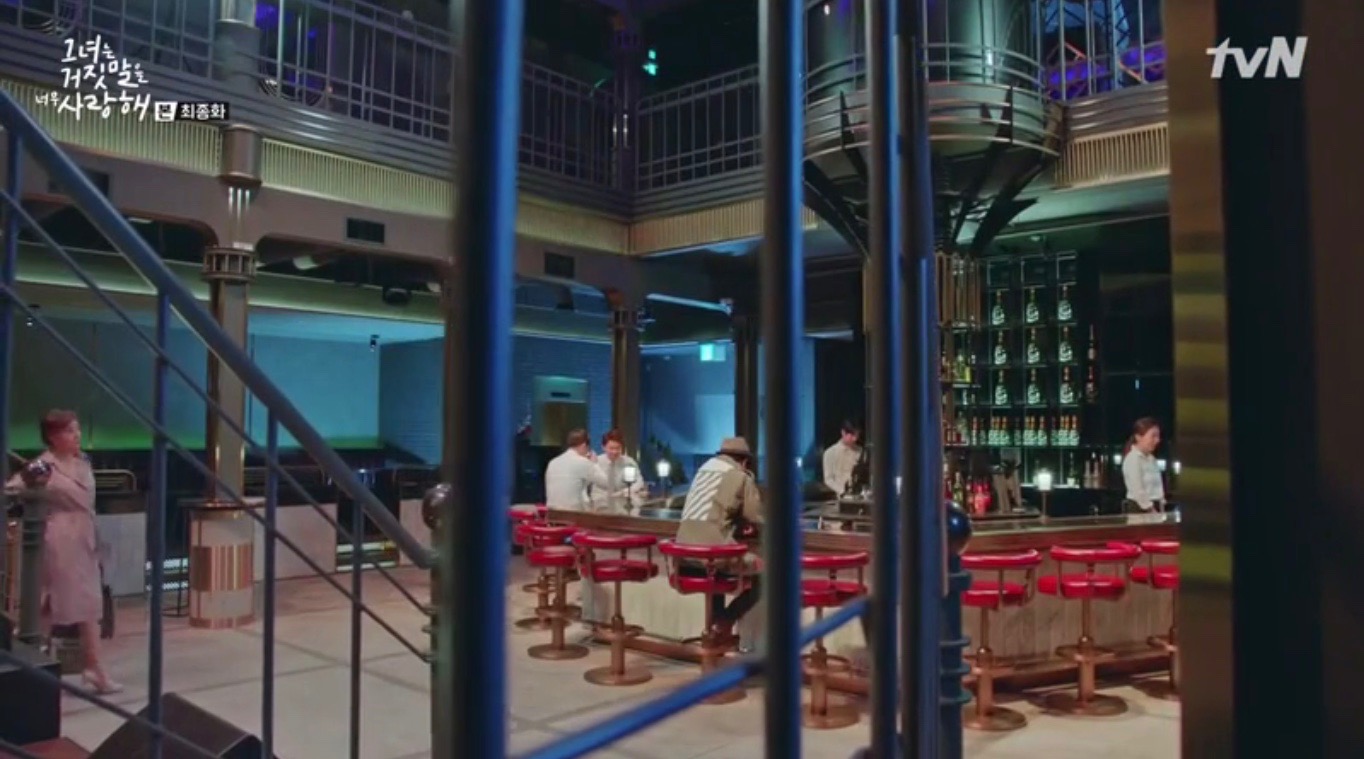 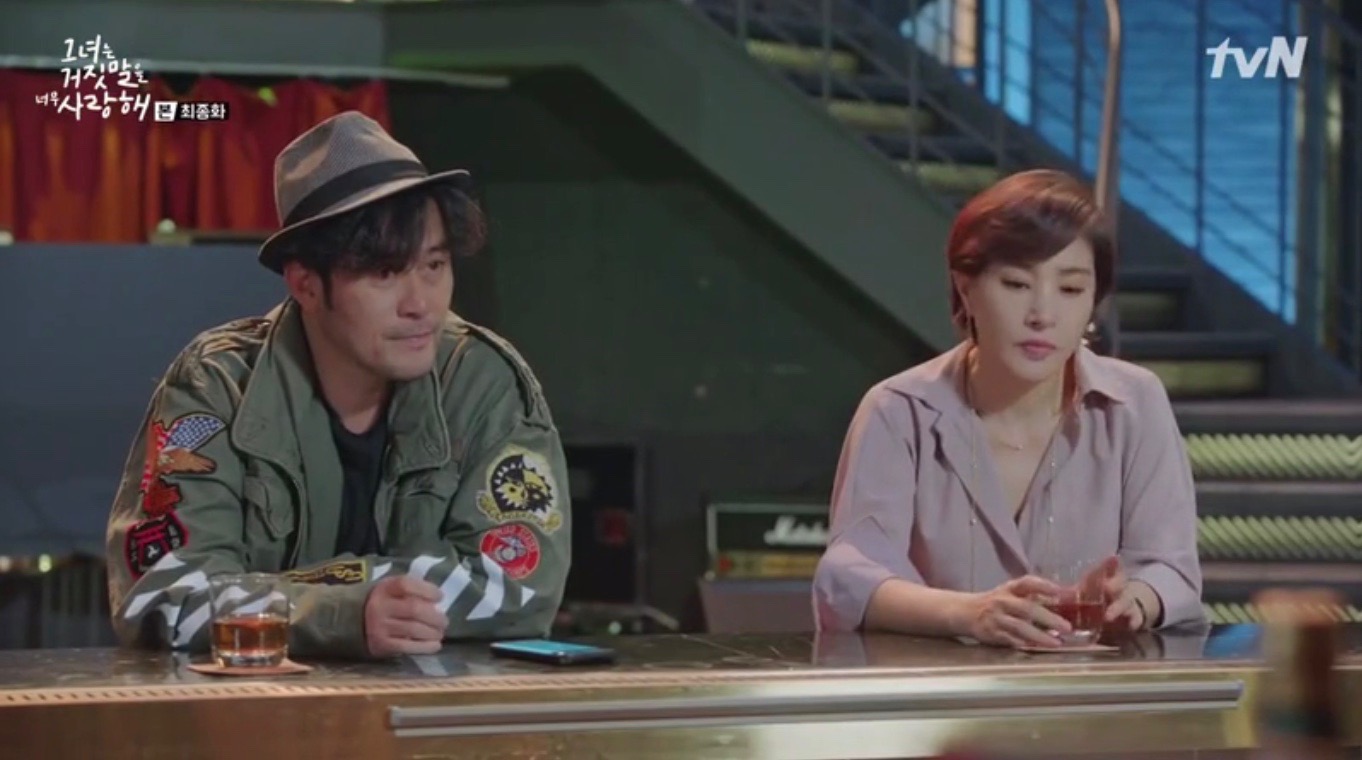 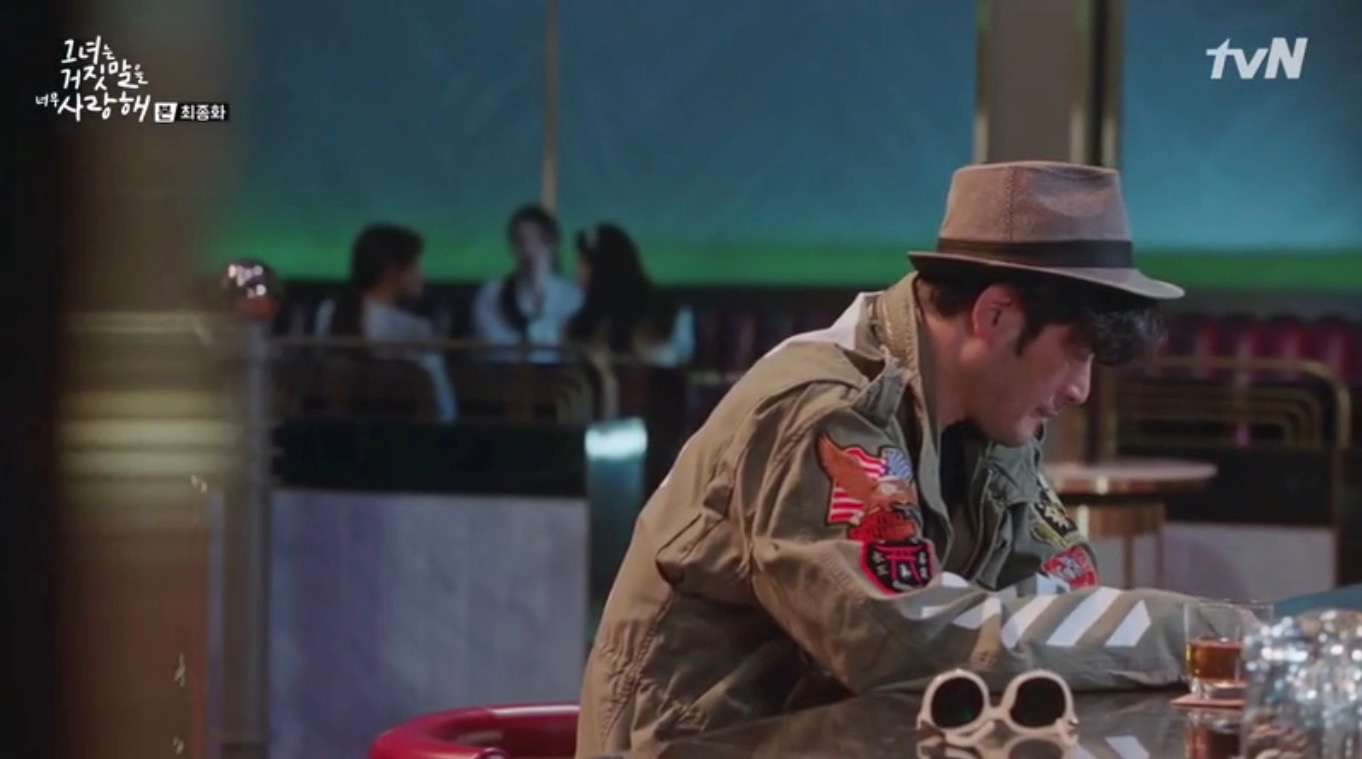 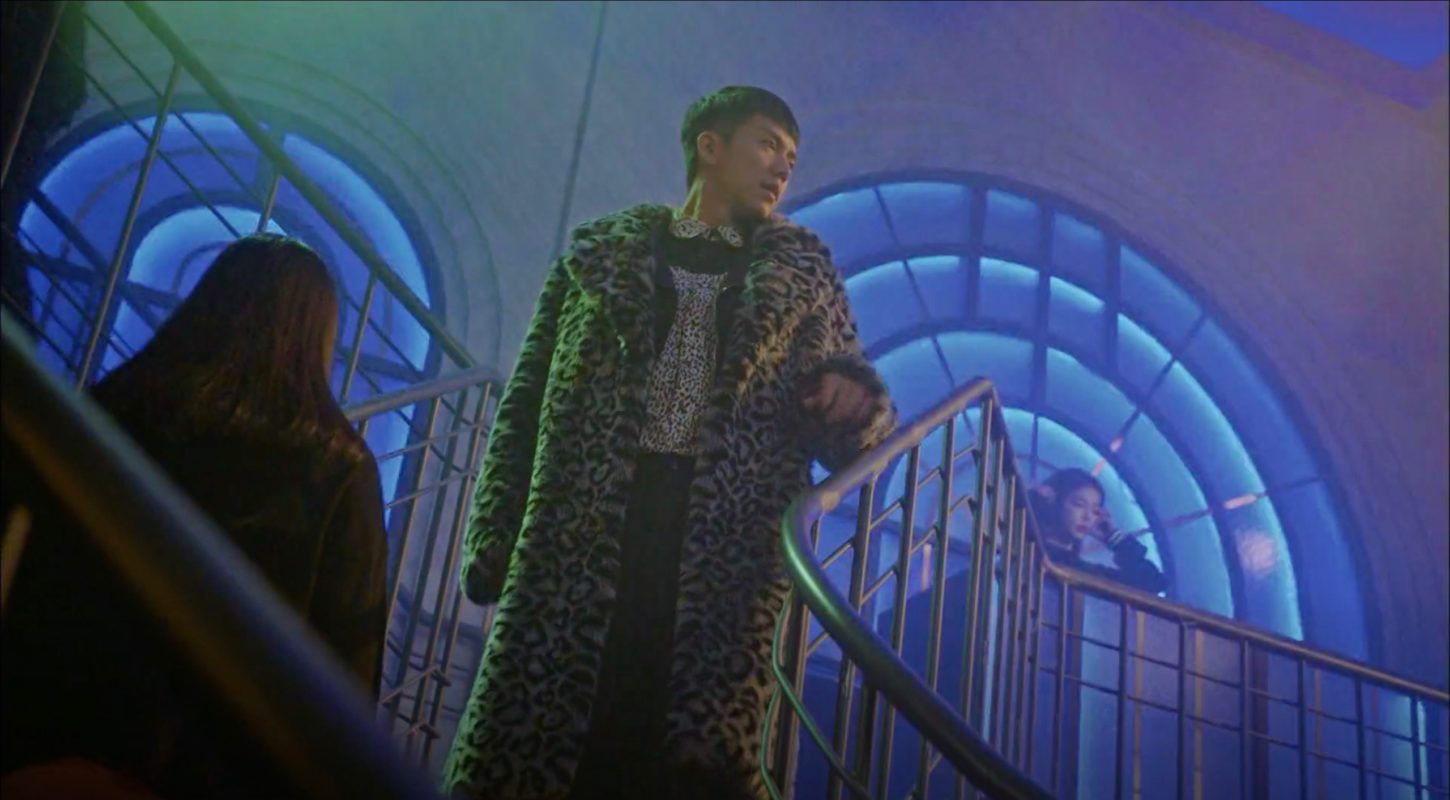 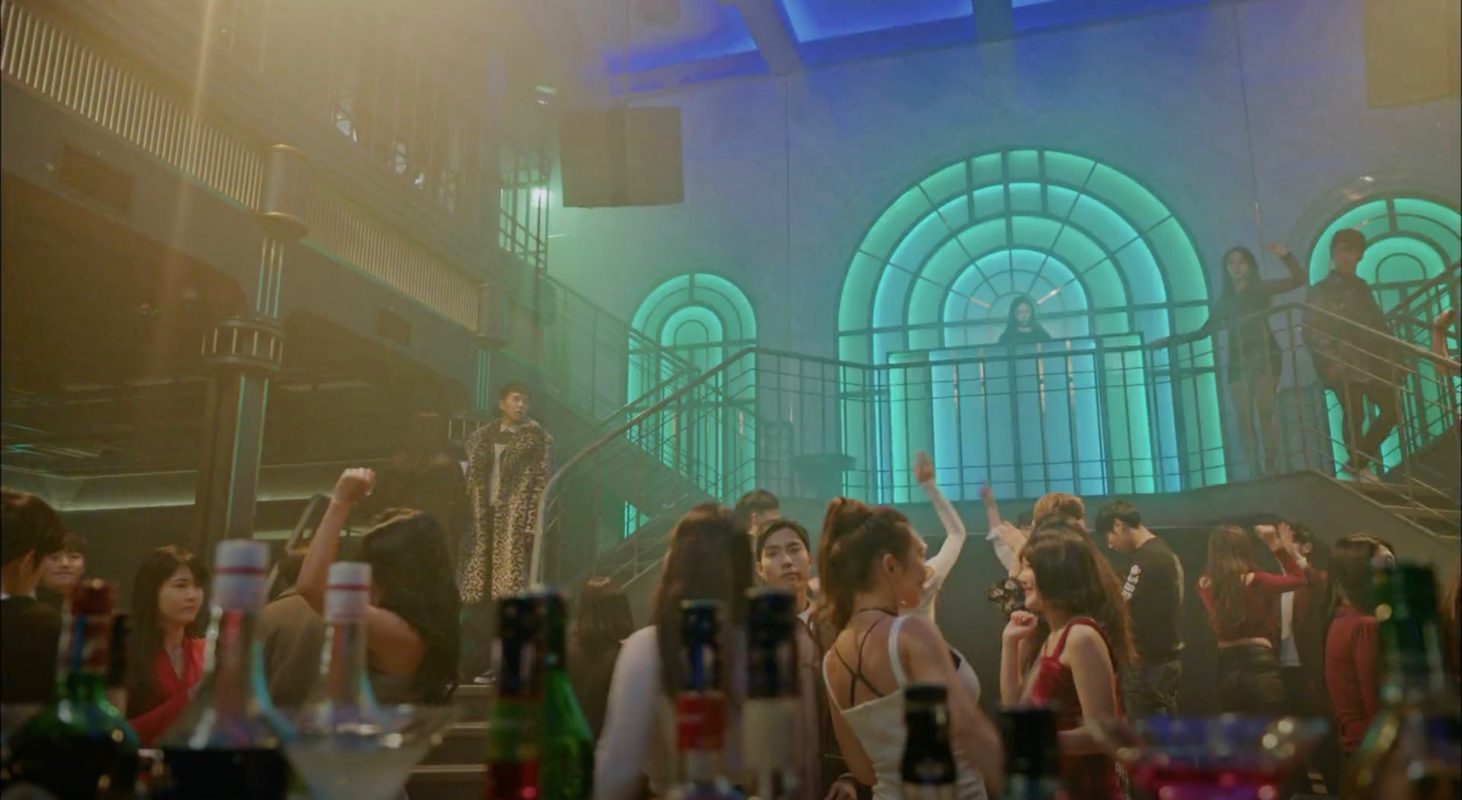 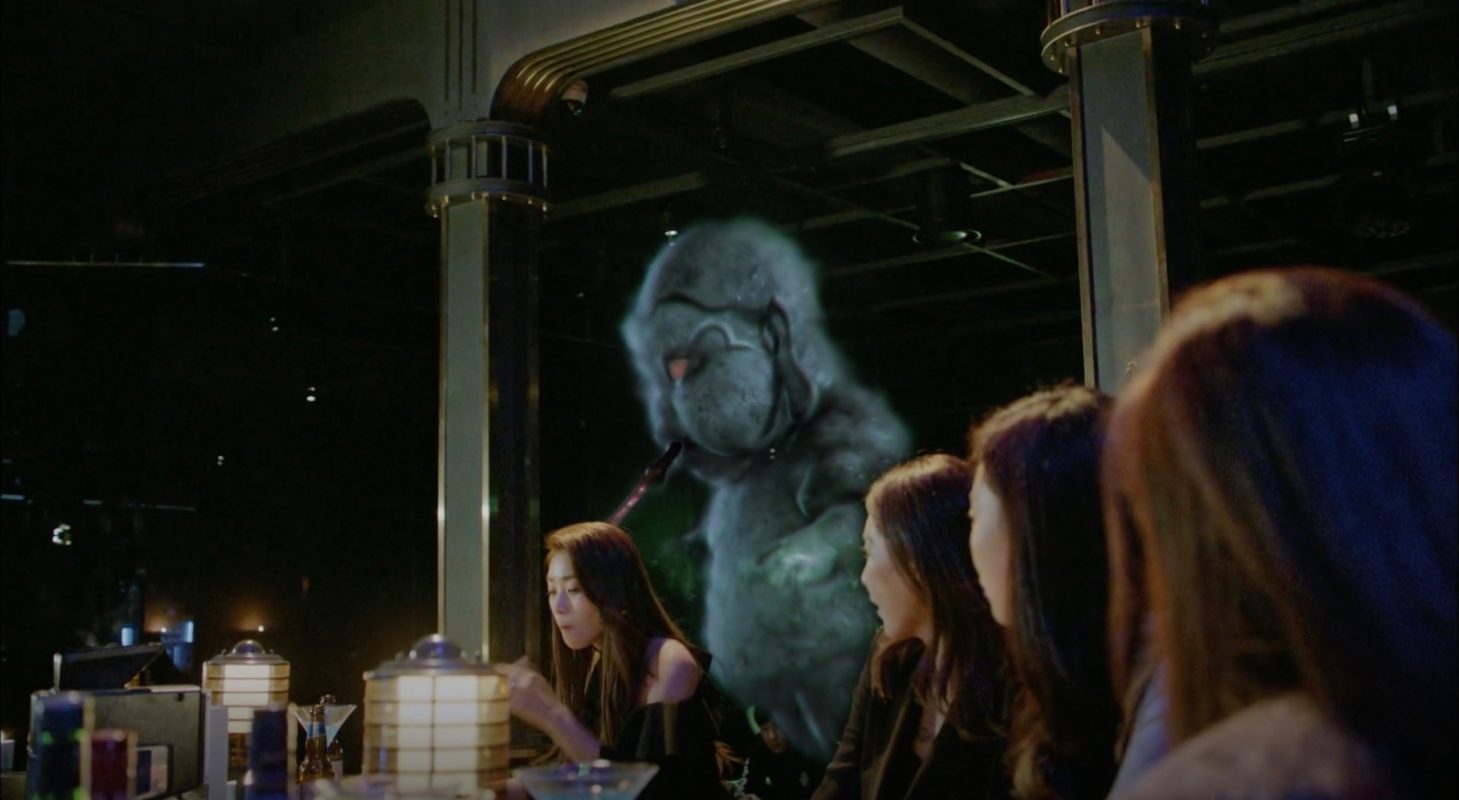 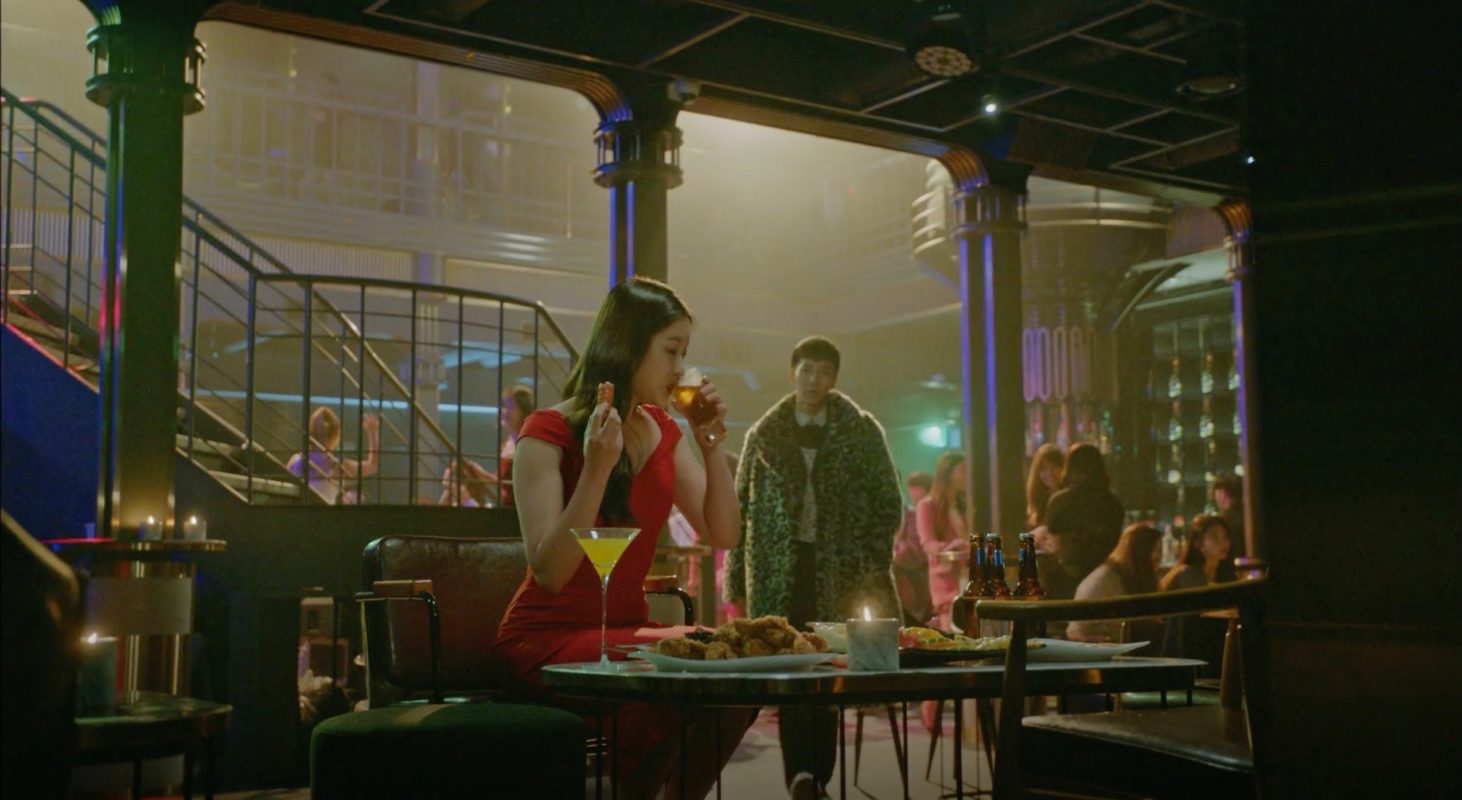 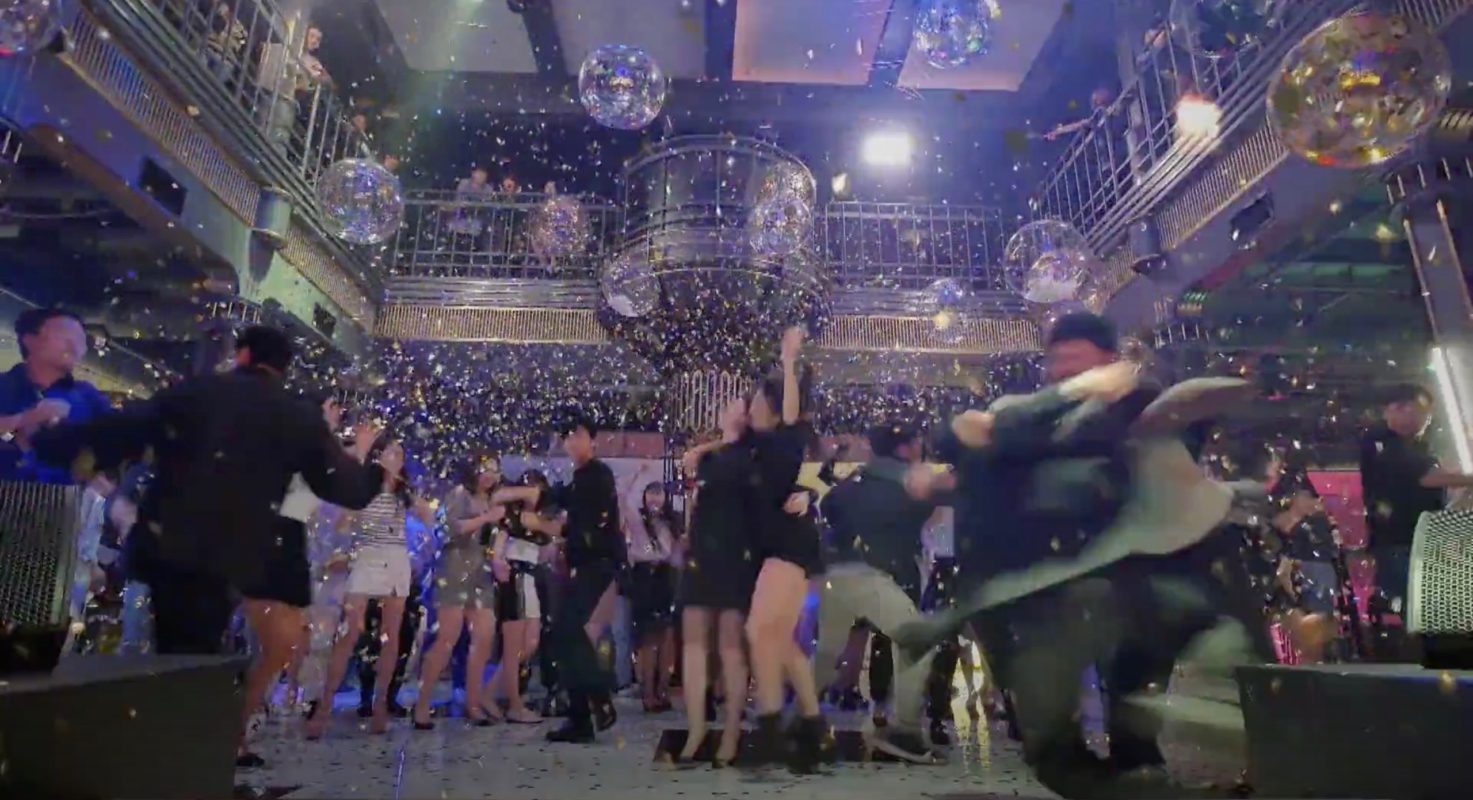 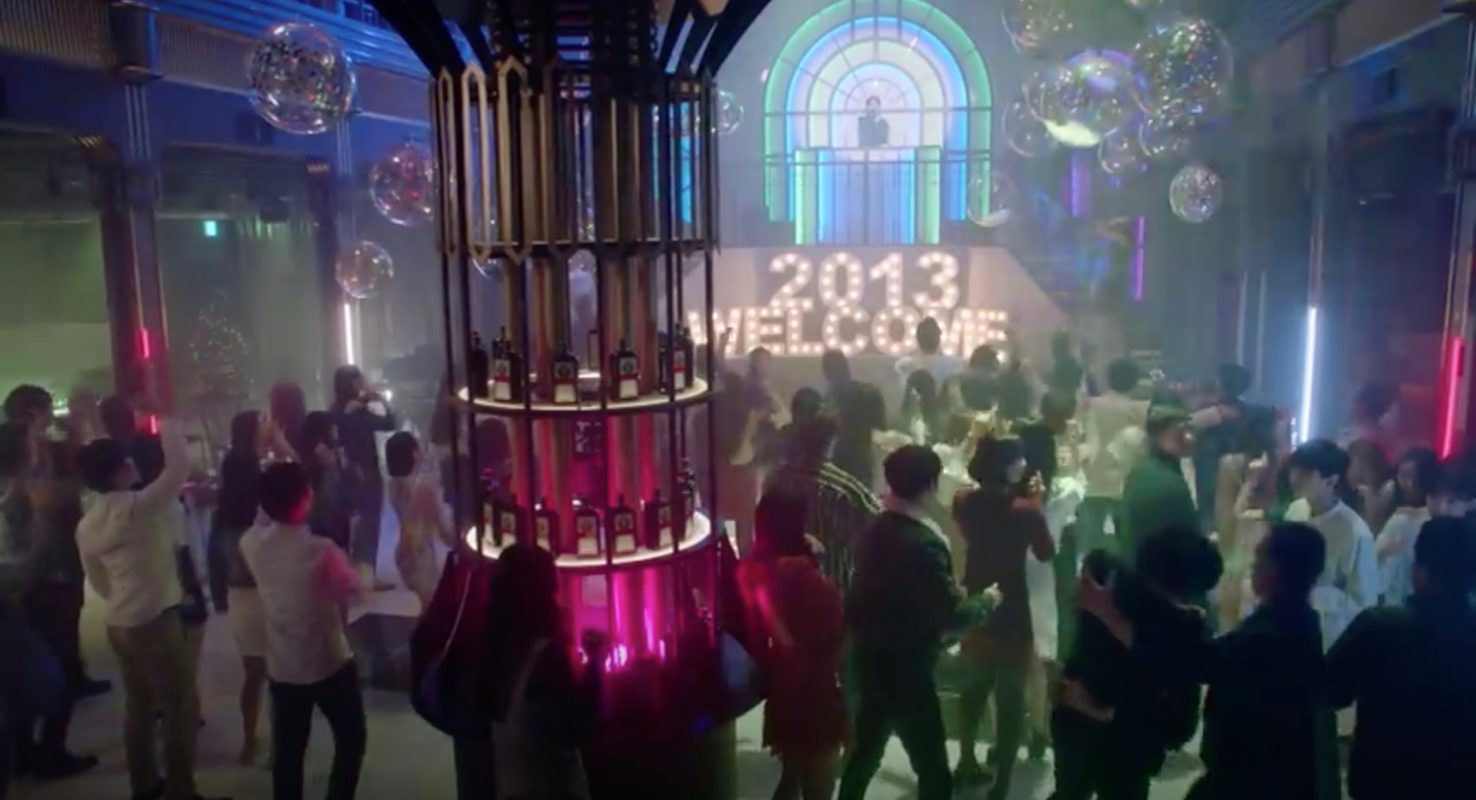 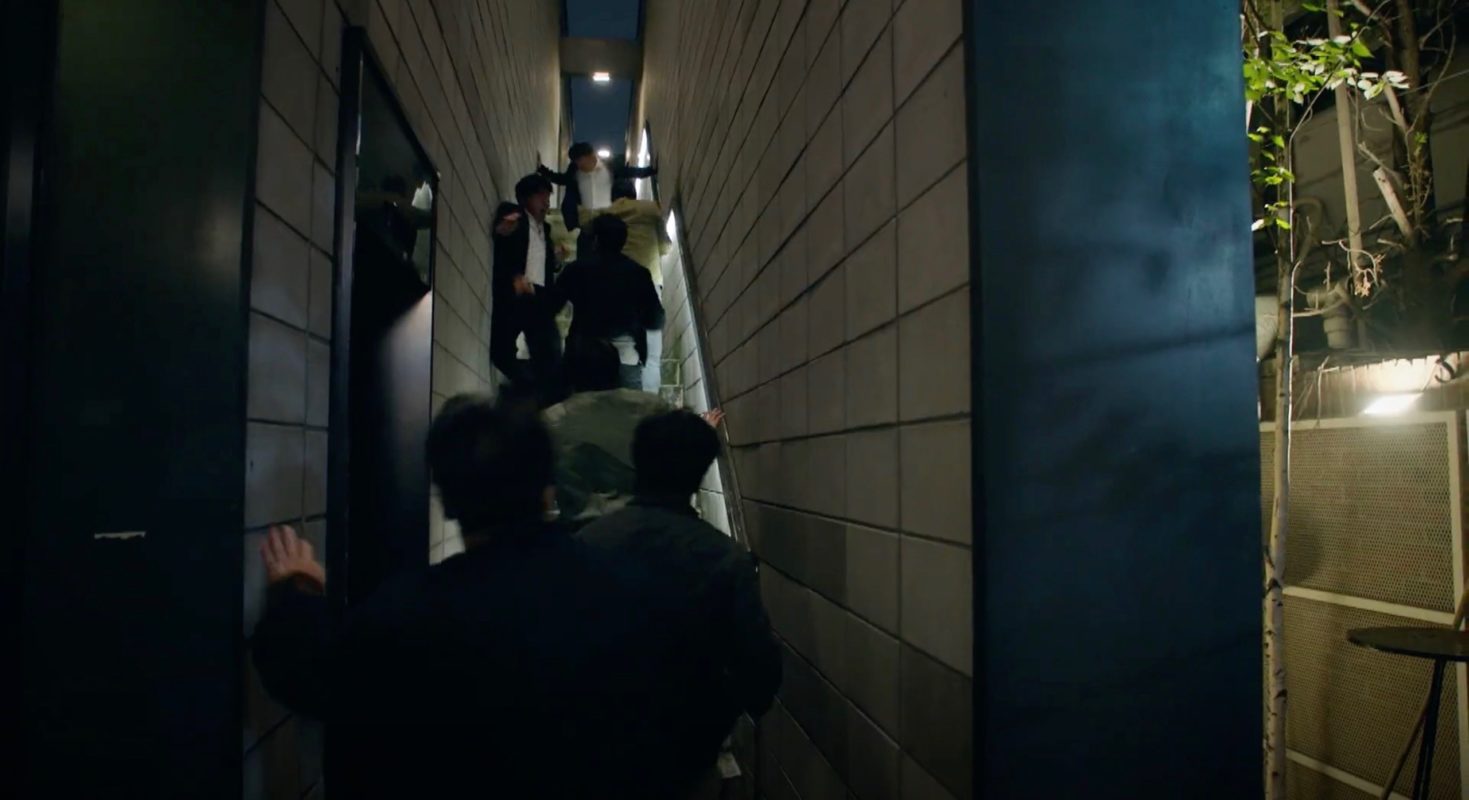 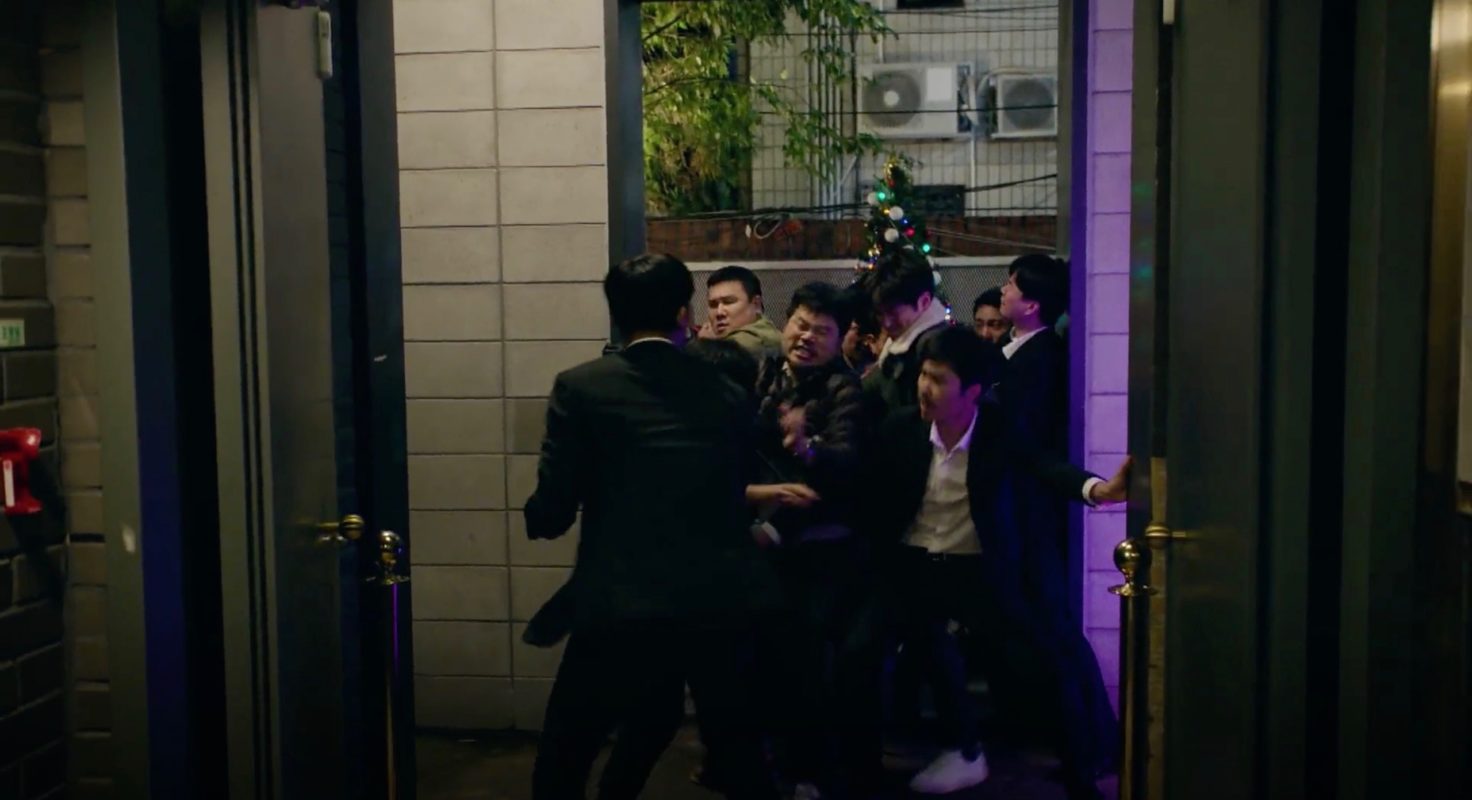 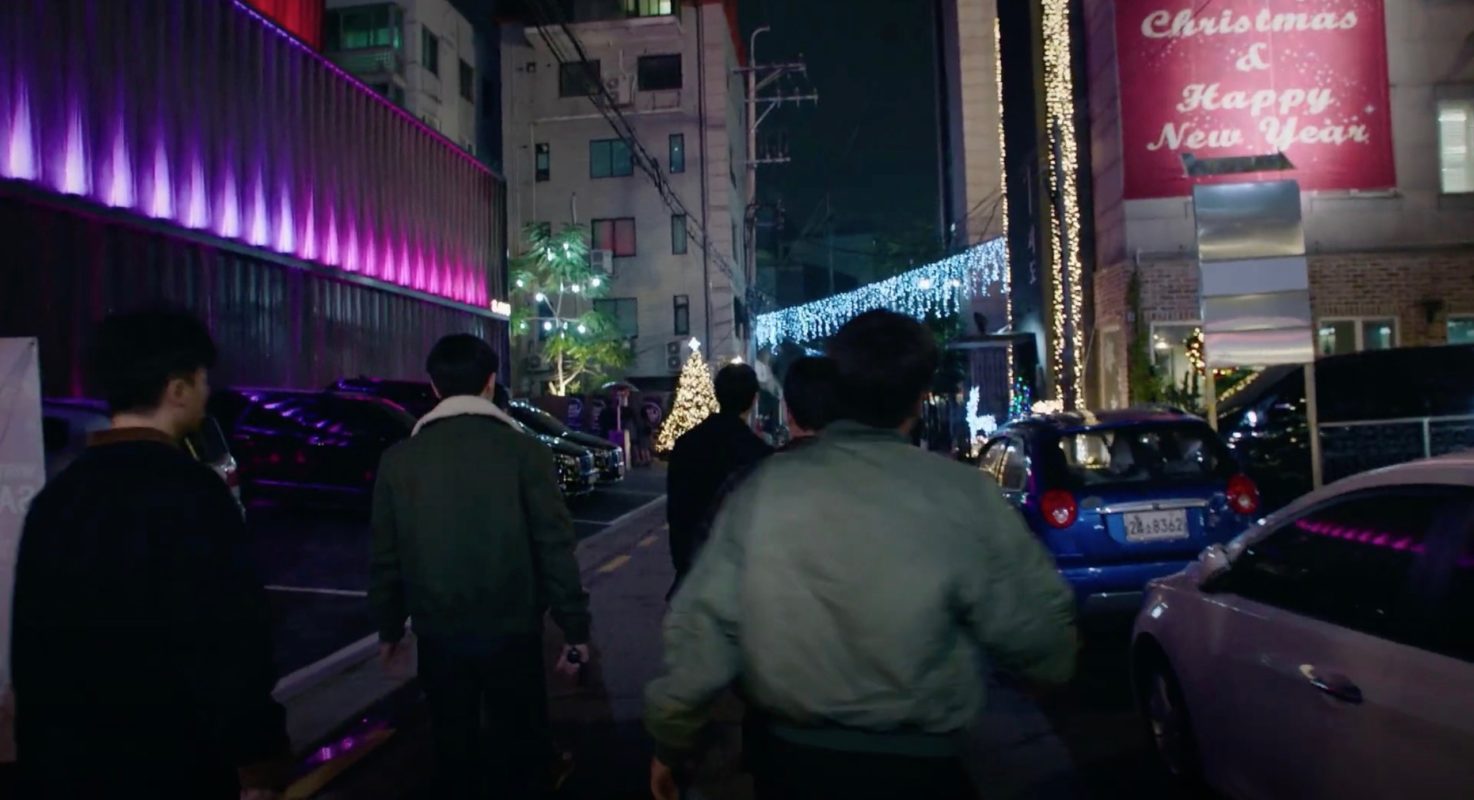 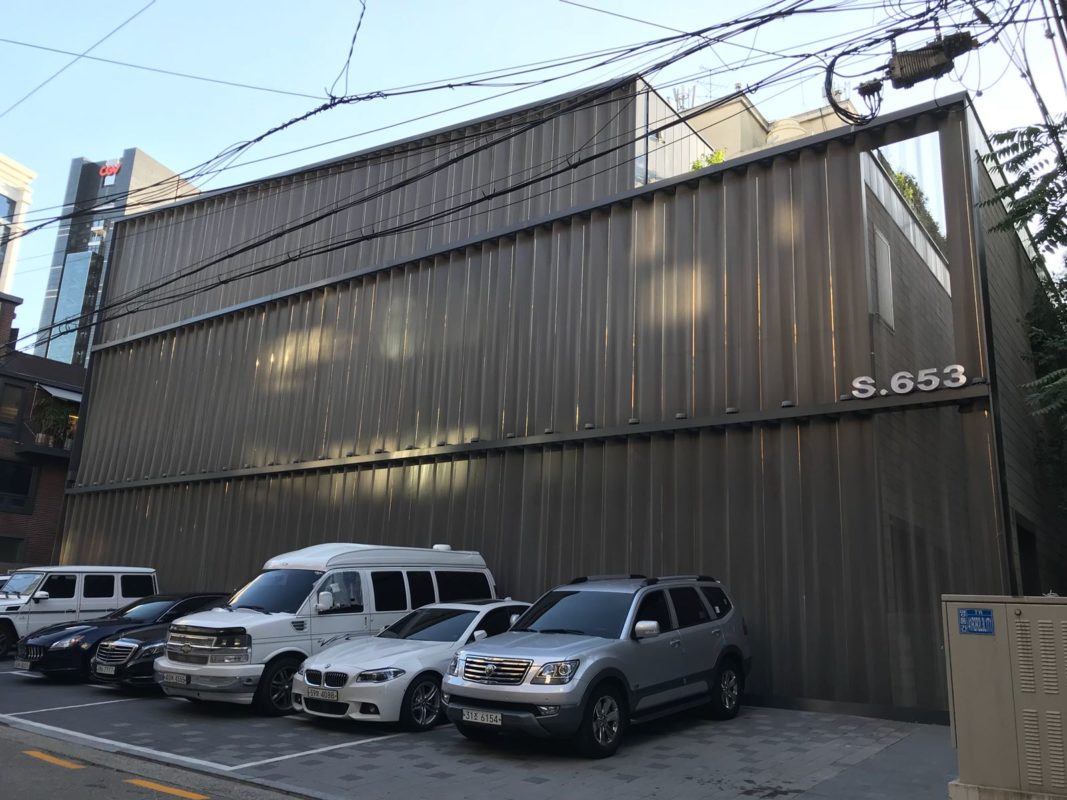 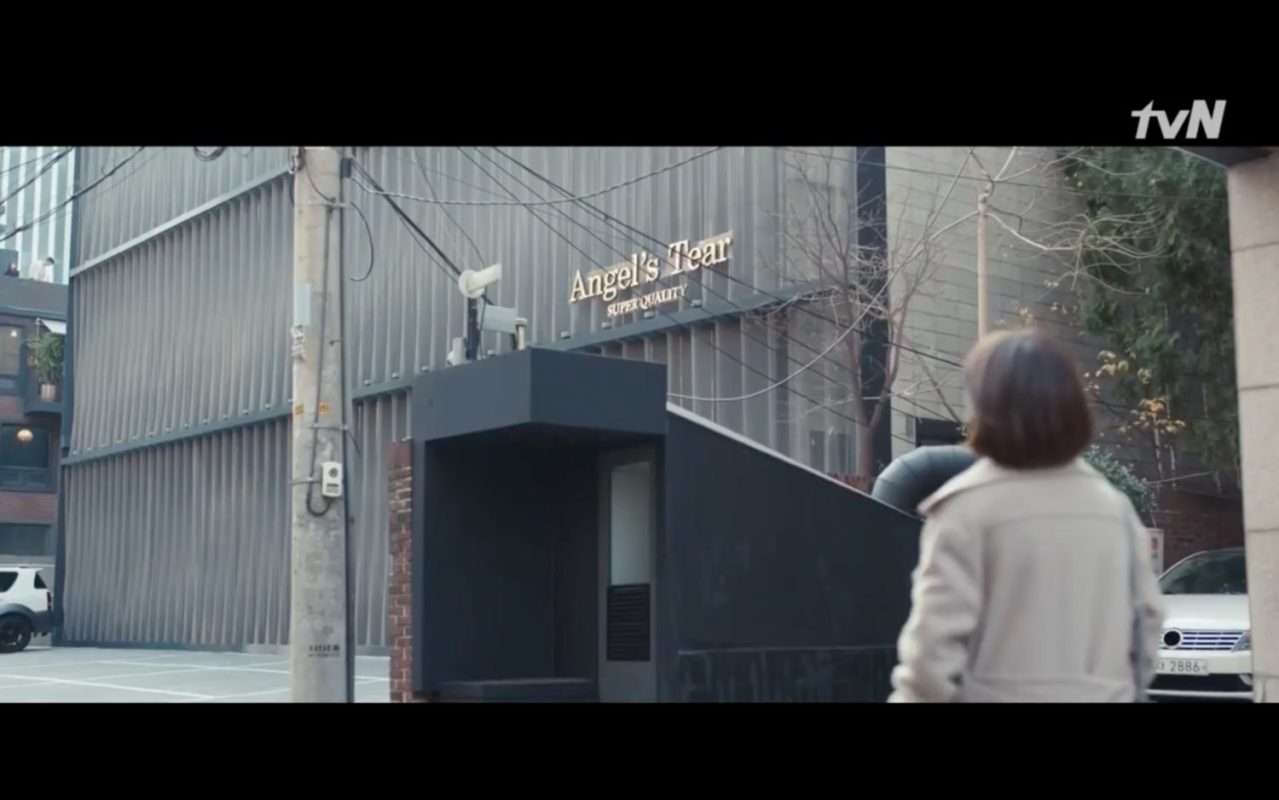 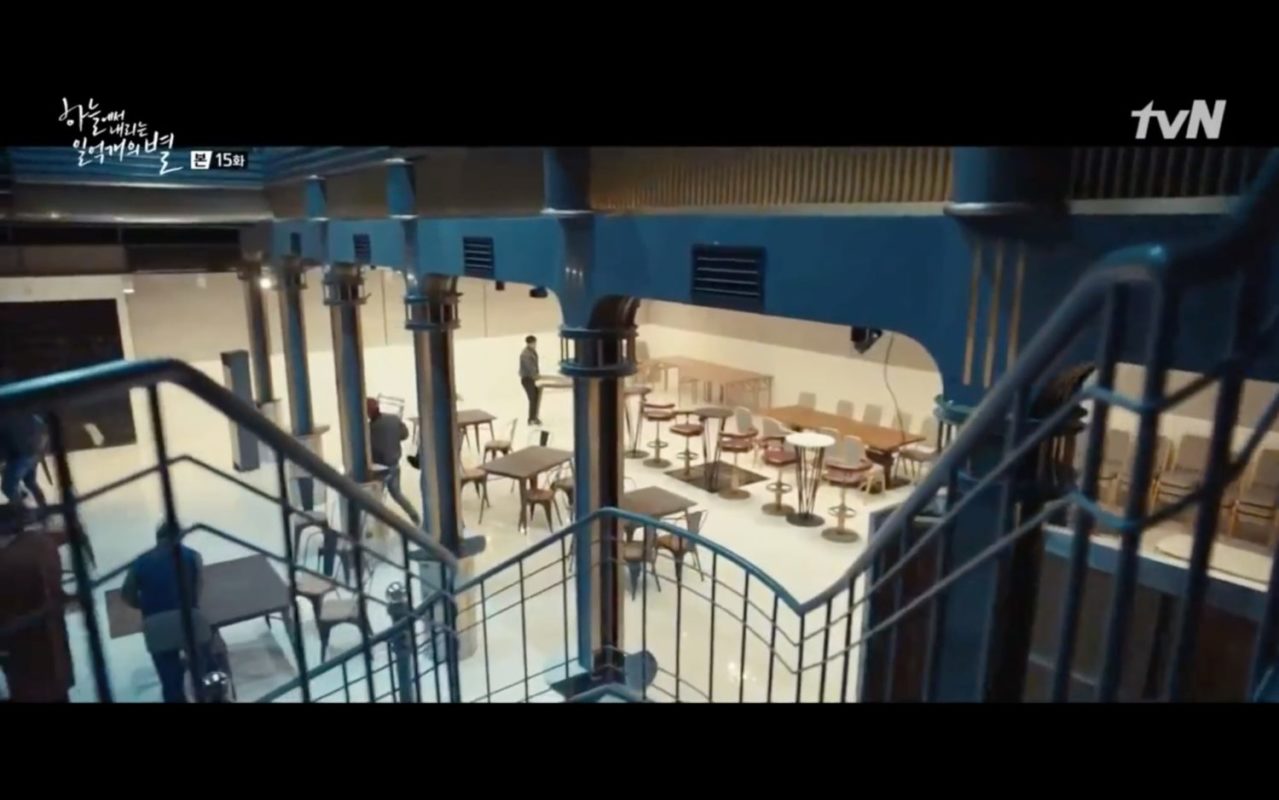 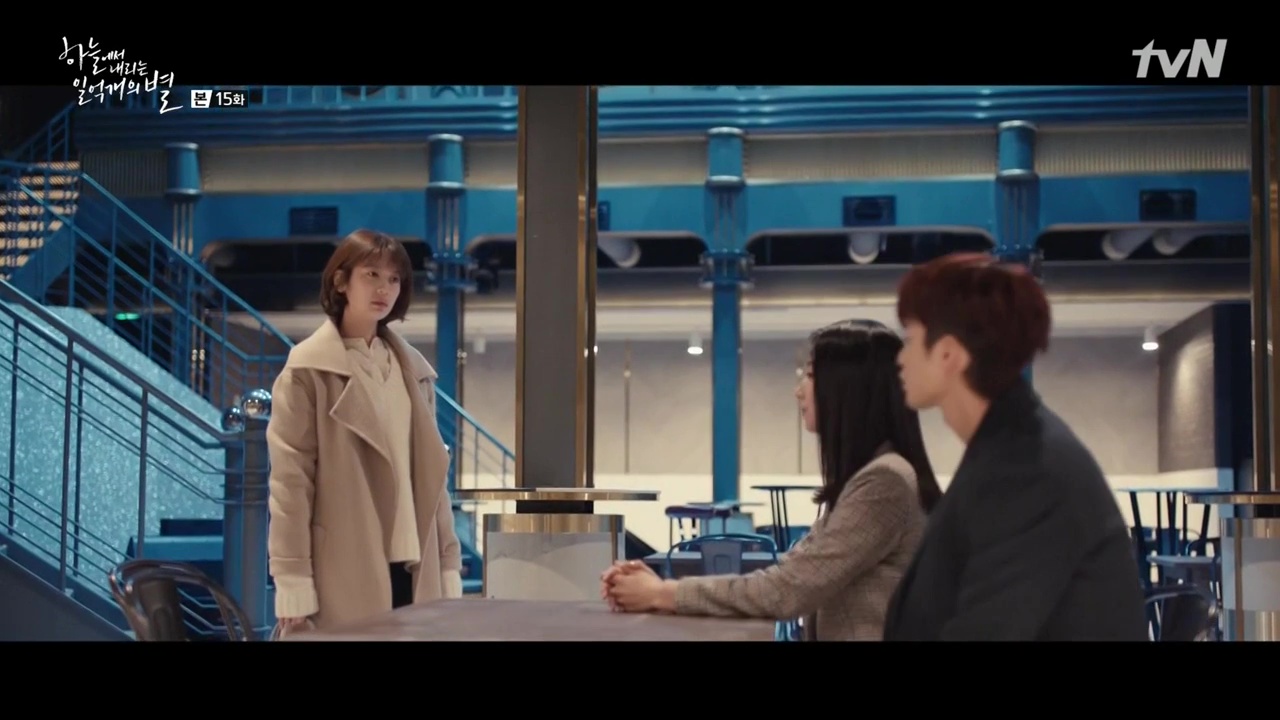 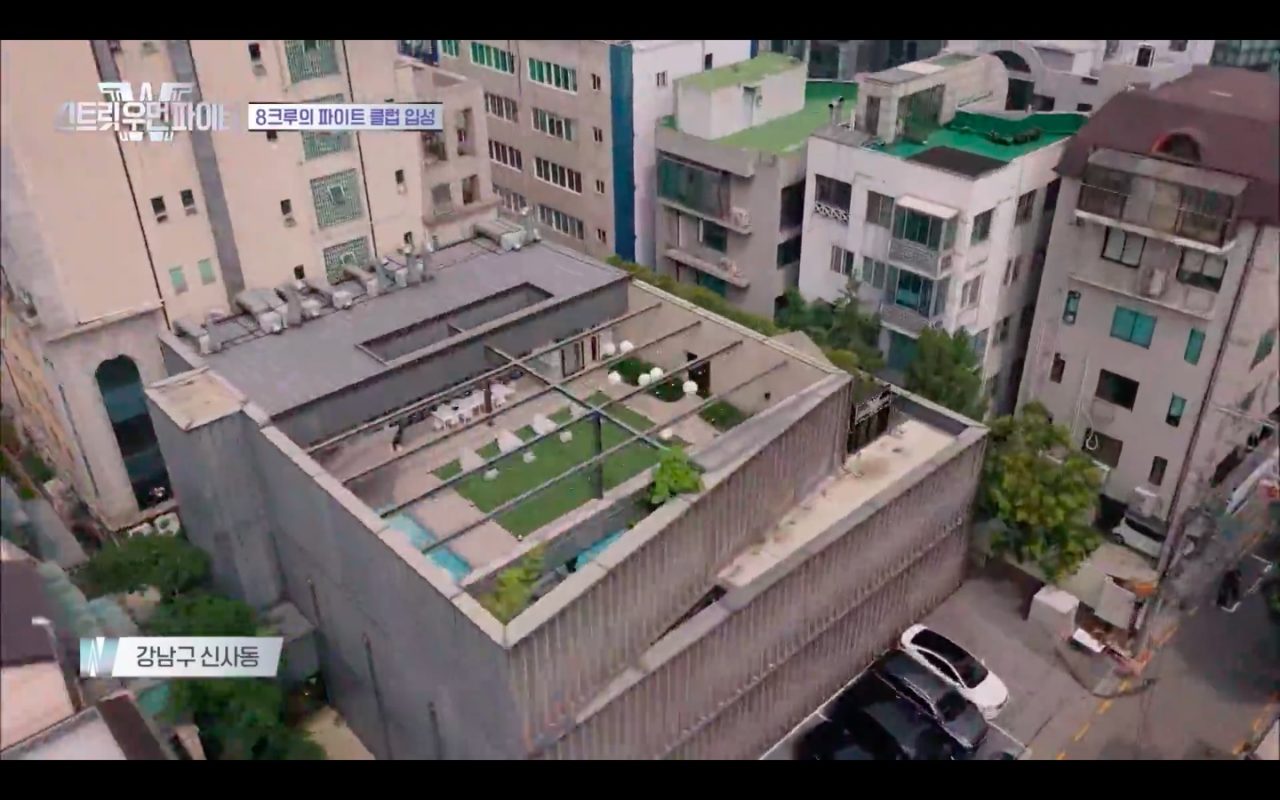 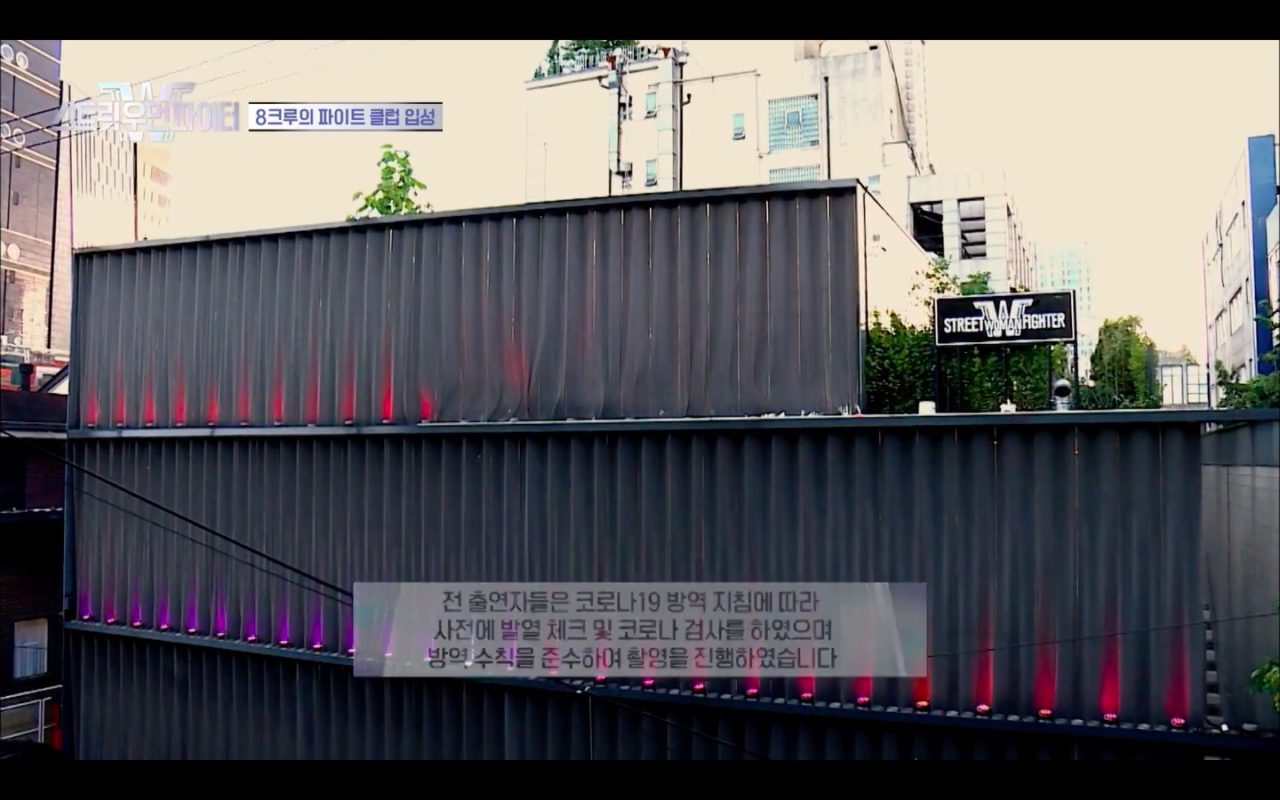 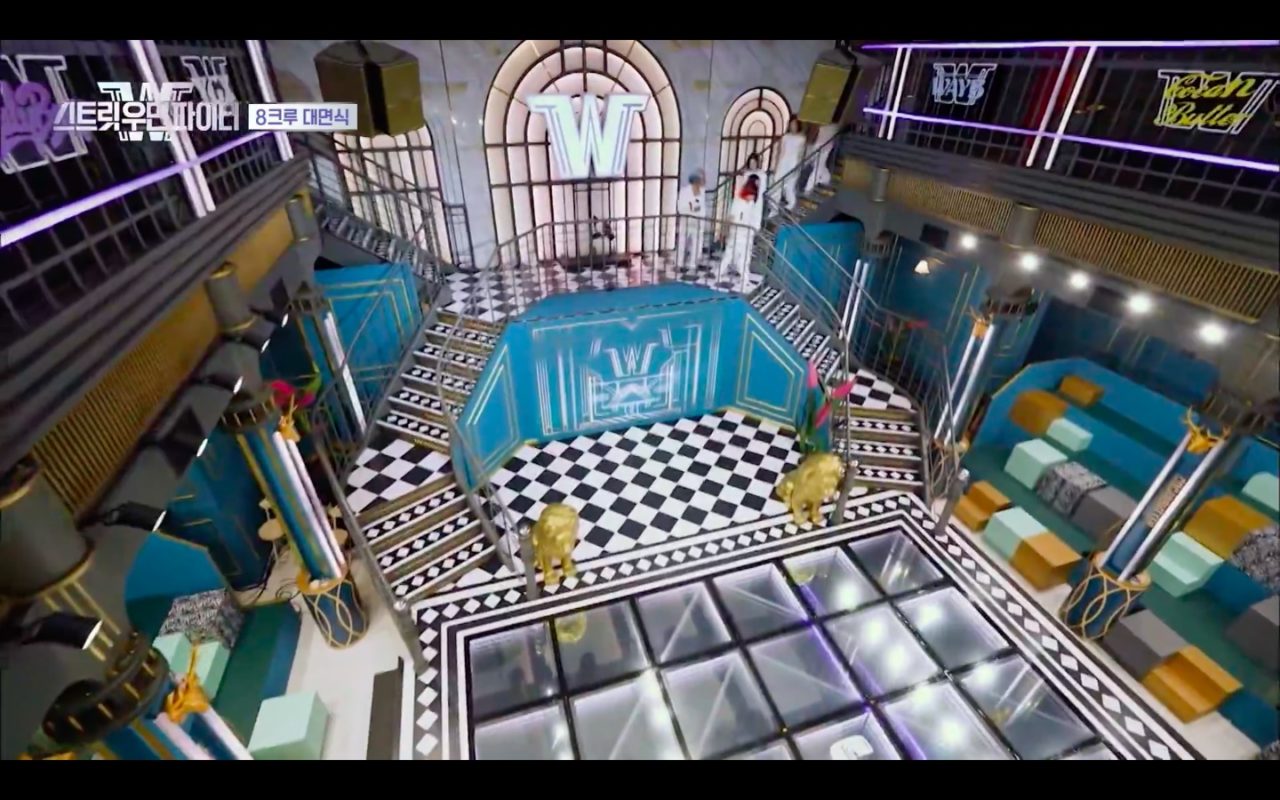 In episode 2 of Why Secretary Kim/What’s Wrong With Secretary Kim (김비서가 왜 그럴까) (tvN, 2018), this place appears as karaoke bar ‘Valencia’ in Cheongdam-dong, which Lee Young-joon (Park Seo-joon) books for his team after he accompanied them to a usual karaoke bar that he felt to be too shabby.

PK Motors’ M-Car launch after party took place here in episode 4 of Are You Human?/Are You Human Too (너도 인간이니?) (KBS2, 2018). Kang So-bong (Gong Seung-yeon) comes here with Reporter Jo (Kim Hyun-sook) to hunt down Nam Shin (Seo Kang-joon), but is intercepted by his fiancee Ye-na (Park Hwan-hee). Later, a fire breaks out in the bar and So-bong helps to lead people out to safety, but she gets stuck under a falling beam. Fixated on saving lives, Nam Shin III heads in and eventually finds and saves her.

This appears as the club where Young Jin Sun-mi (Oh Yeon-Seo) goes to in episode 4 of Hwayuki/A Korean Odyssey (화유기) (tvN, 2017-18) to chase the glutton that makes women eat without taking on weight; she gets the glutton transmitted by a girl attending the club and Son Oh-gong (Lee Seung-gi) — who had followed her here — gets rid of it while Sun-mi is protesting.

A drunk Kim Tak-soo (Kim Gun-woo) hangs out here with his girlfriend in episode 6 of Fight For My Way/Third-Rate My Way (쌈 마이웨이) (KBS2, 2017), when Ko Dong-man (Park Seo-joon) comes here, knocks him down and threatens him not to take him easy.

This is also where Kang In-woo (Choi Min-soo) and Yoo Hyun-jung (Park Ji-young) meet up after he calls her in episode 16 of The Liar and His Lover / Lovely Love Lie (그녀는 거짓말을 너무 사랑해) (tvN, 2017). In-woo tells her he has a favor to ask and Hyun-jung says that if it’s about Han-gyul and Crude Play, then he can just forget about that favor. They talk about the issue with Crude Play and how their opinions about it clash – just like old days. In-woo tells her that she’s right in saying that it’s already too late for them.

Jang Se-ran (Kim Ji-Hyun) opens this space as the pub Angel’s Tear in episode 15 of Hundred Million Stars from the Sky / The Smile Has Left Your Eyes (하늘에서 내리는 일억개의 별) (tvN, 2018) and makes Kim Moo-young (Seo In-guk) the CEO.

Andtree Meta [앤드트리메타] is a tech company that bridges the online and offline worlds through their business. Their multi-purpose building, which they moved into in 2021, is located in Seoul’s neighborhood Sinsa [Sinsa-dong/신사동] in the Gangnam District [Gangnam-gu/강남구].

Formerly known as Solmi Building [솔미빌딩], it was put up for sale for 20 billion won as of June 2020.

Before it went on sale, the main tenant of this building since 2016 was known as Liberty Night and Day [리버티나잇앤데이] (formerly S653 [에스653]), a nightlife entertainment complex with 3 floors consisting of a lounge/bar, a speakeasy and a rooftop terrace.