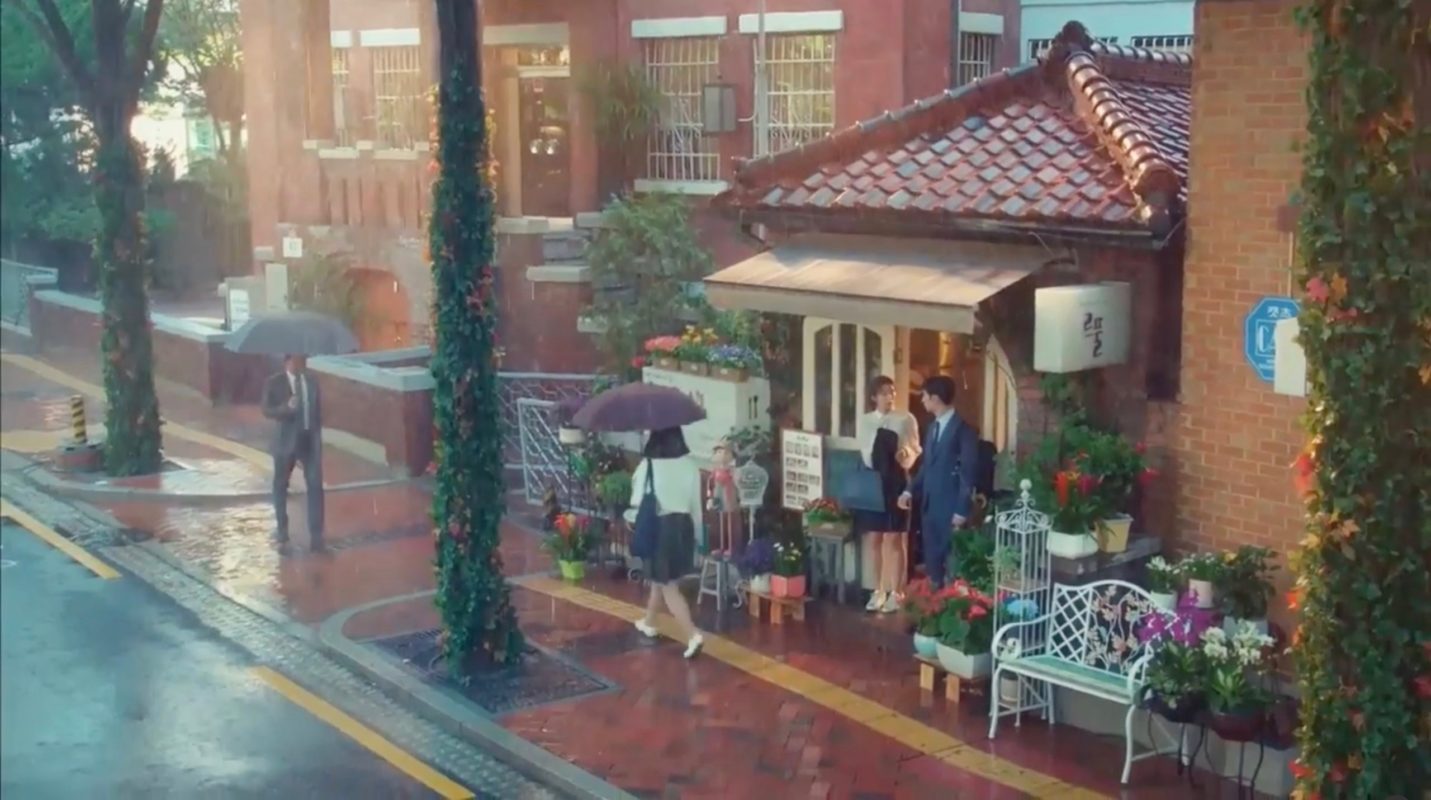 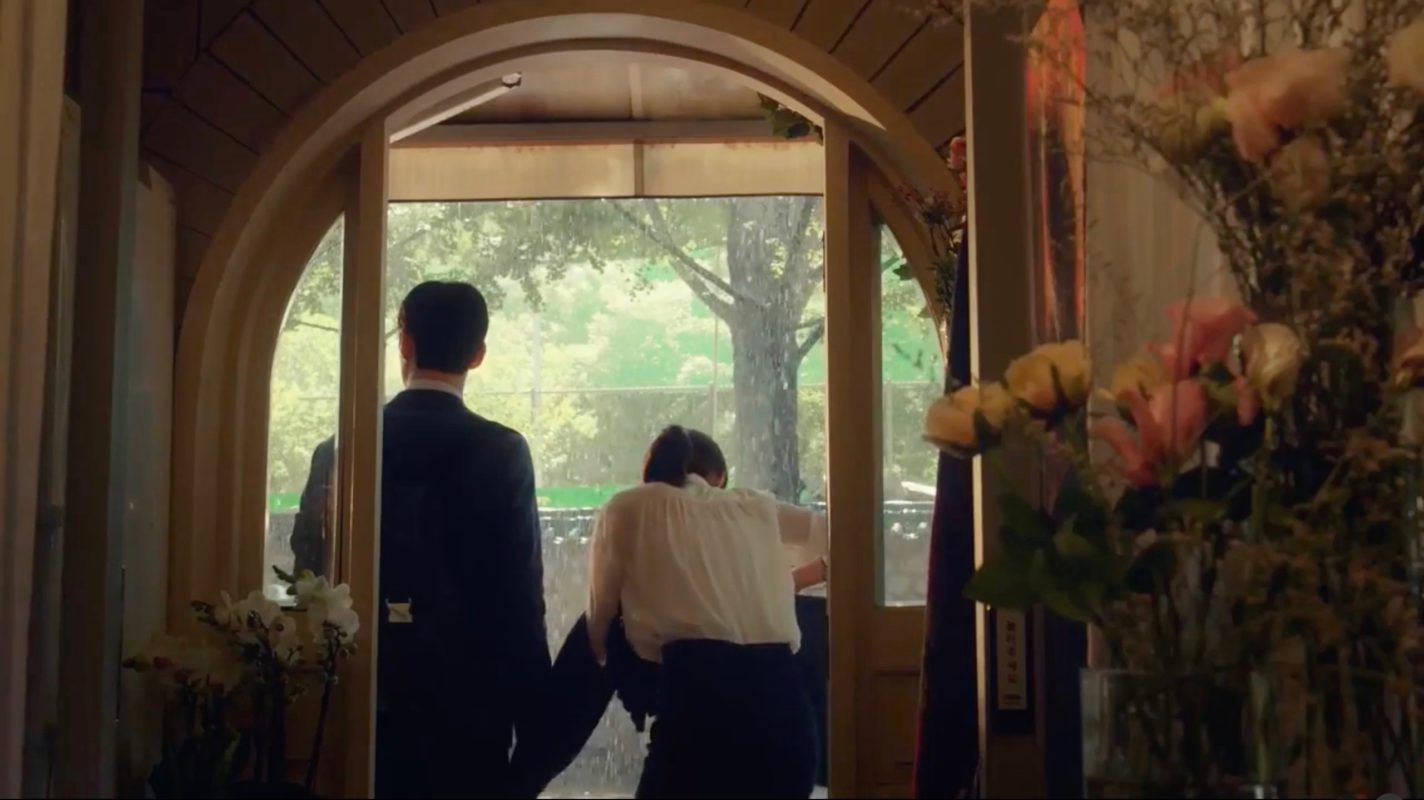 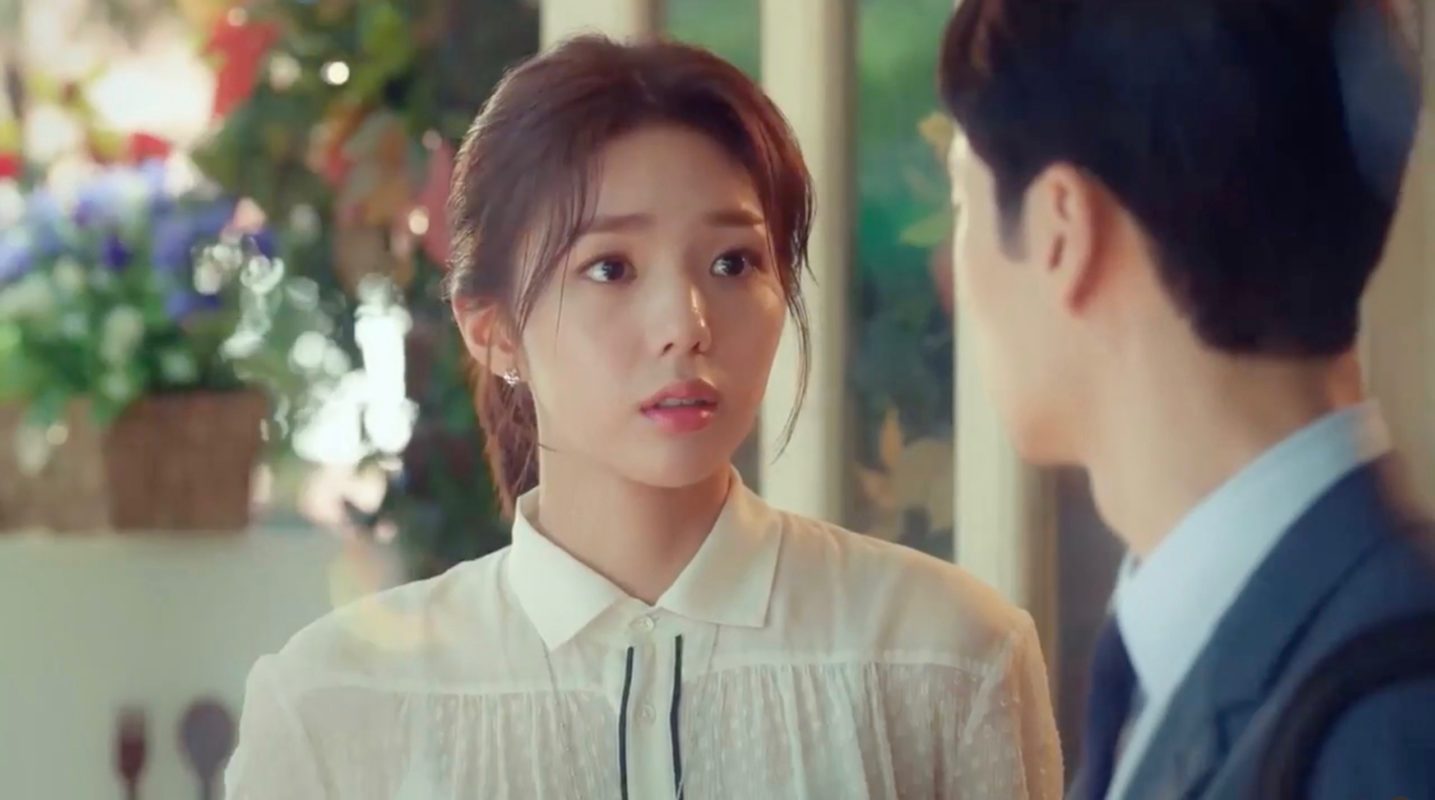 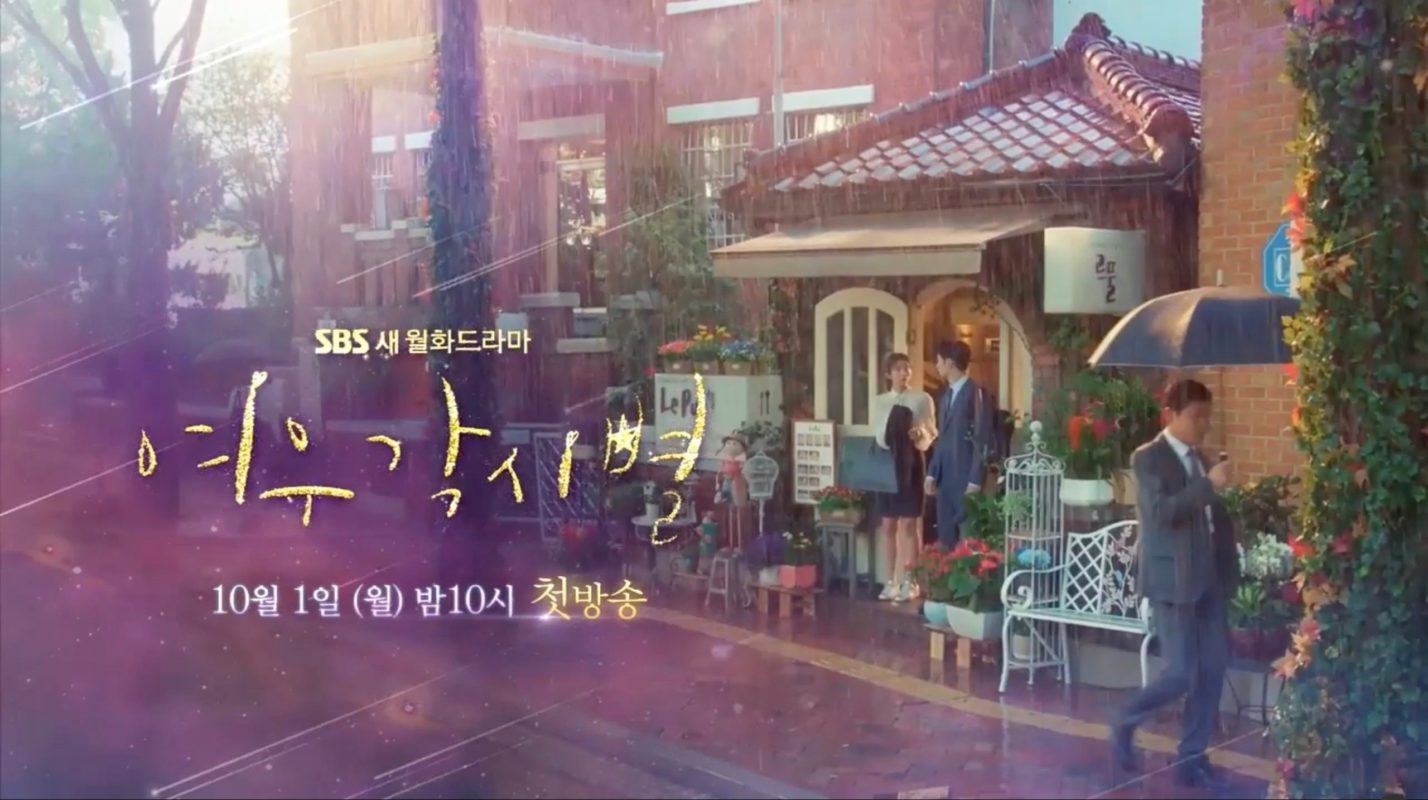 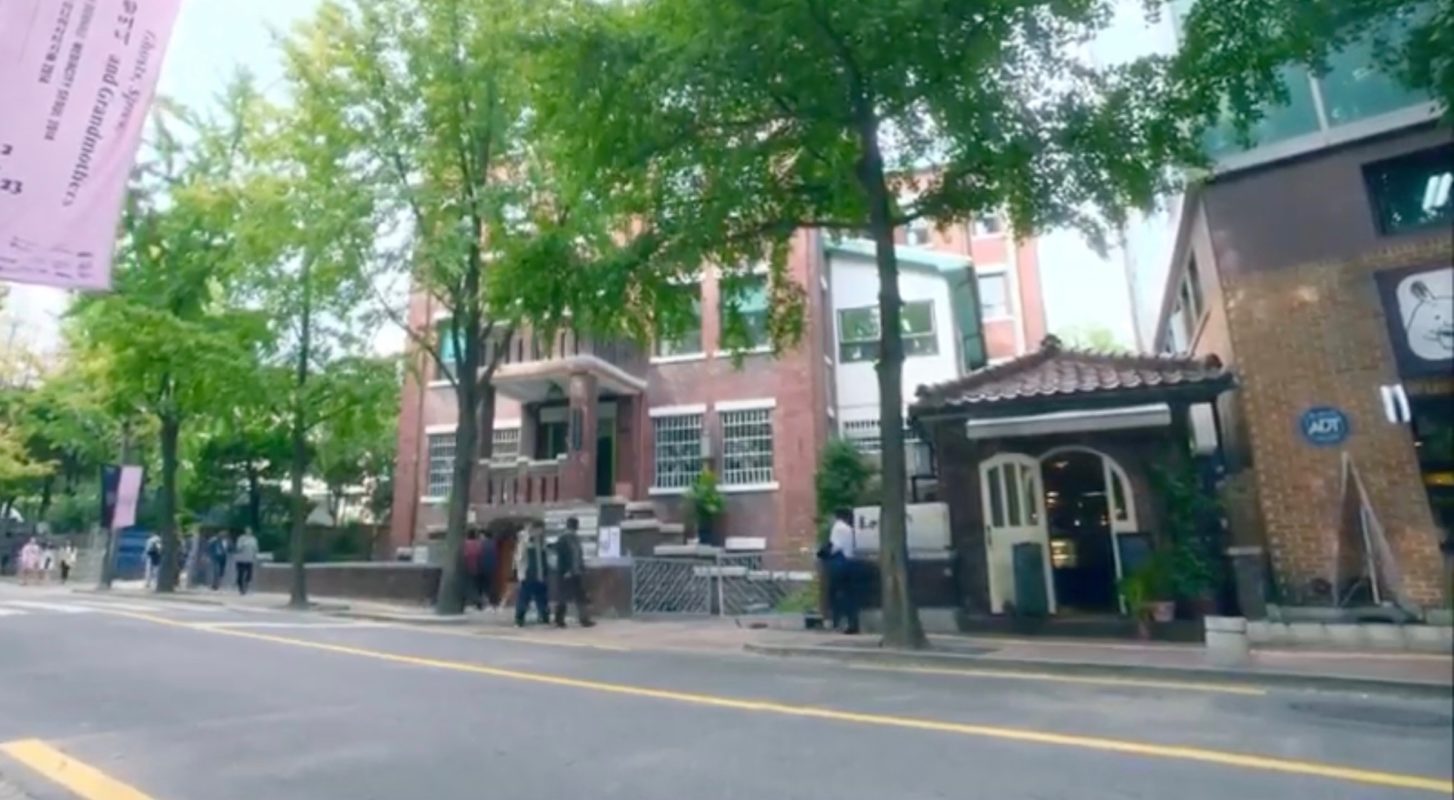 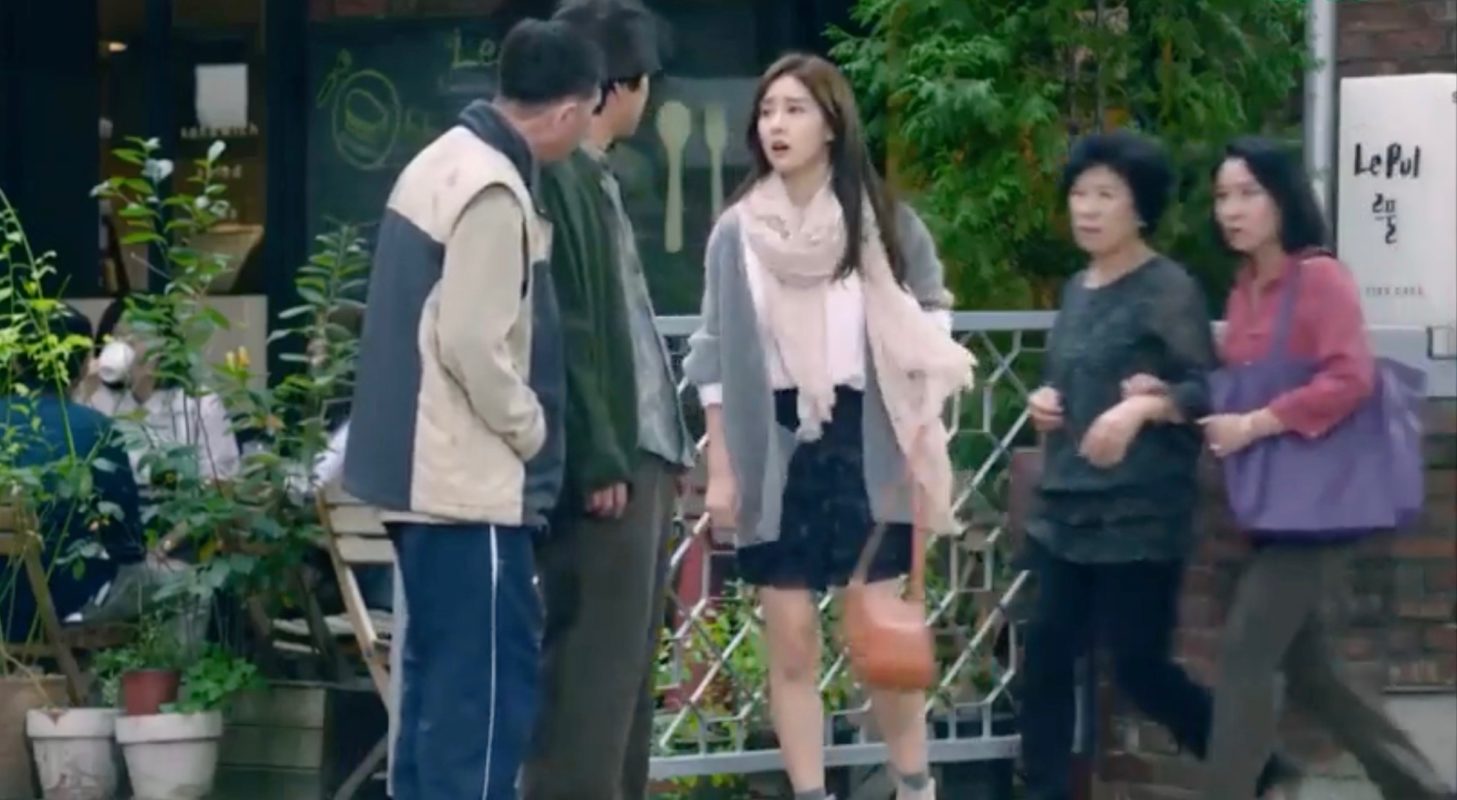 Jung Ji-sub (Lee Sang-yeob) picks up a call from Lee Ju-young (Lee Yoo-young) while standing near this cafe in KBS Drama Special: Traces of Love (연애의 흔적) (KBS2, 2020), but his phone runs out of battery.

After calming down, a drenched Han So-yeon (Ko Sung-hee) sits at the doorstep of this cafe with AI hologram ‘Holo’ (Yoon Hyun-min) by her side and muses about how she silly she felt about her situation, in episode 1 of My Holo Love/I Holo You (나 홀로 그대) (Netflix, 2020). Those who pass her by, however, find it strange that she talks to herself.

In episode 1 of Where Stars Land / Fox Bride Star (여우각시별) (SBS, 2018), Han Yeo-reum (Chae Soo-bin) takes shelter at the entry of this restaurant from the rain on her way to work and Lee Soo-yeon (Lee Je-hoon) is already standing there. She spills rain drops on him, excuses and “he is just standing there” until her talisman necklace (a compass?) lands on his arm. When she tries to take it away, it sticks to him until he gives it back only to open his umbrella and leave. In episodes 10-11, Yeo-reum gives Soo-yeon rendezvous here to give him back his backpack but finally she ends up asking him if he likes her which he replies with a firm “Yes.”

When walking down the street in episode 1 of Liar Game (라이어 게임) (tvN, 2014), Nam Da-jung (Kim So-eun) sees somebody who looks like her father and she stops him in front of this restaurant only to be mistaken.

Lee Soo-yeon (Lee Je-hoon) and Han Yeo-reum (Chae Soo-bin) take shelter from the rain at the entry of this restaurant in Teaser 2 of Where Stars Land / Fox Bride Star (여우각시별) (SBS, 2018).