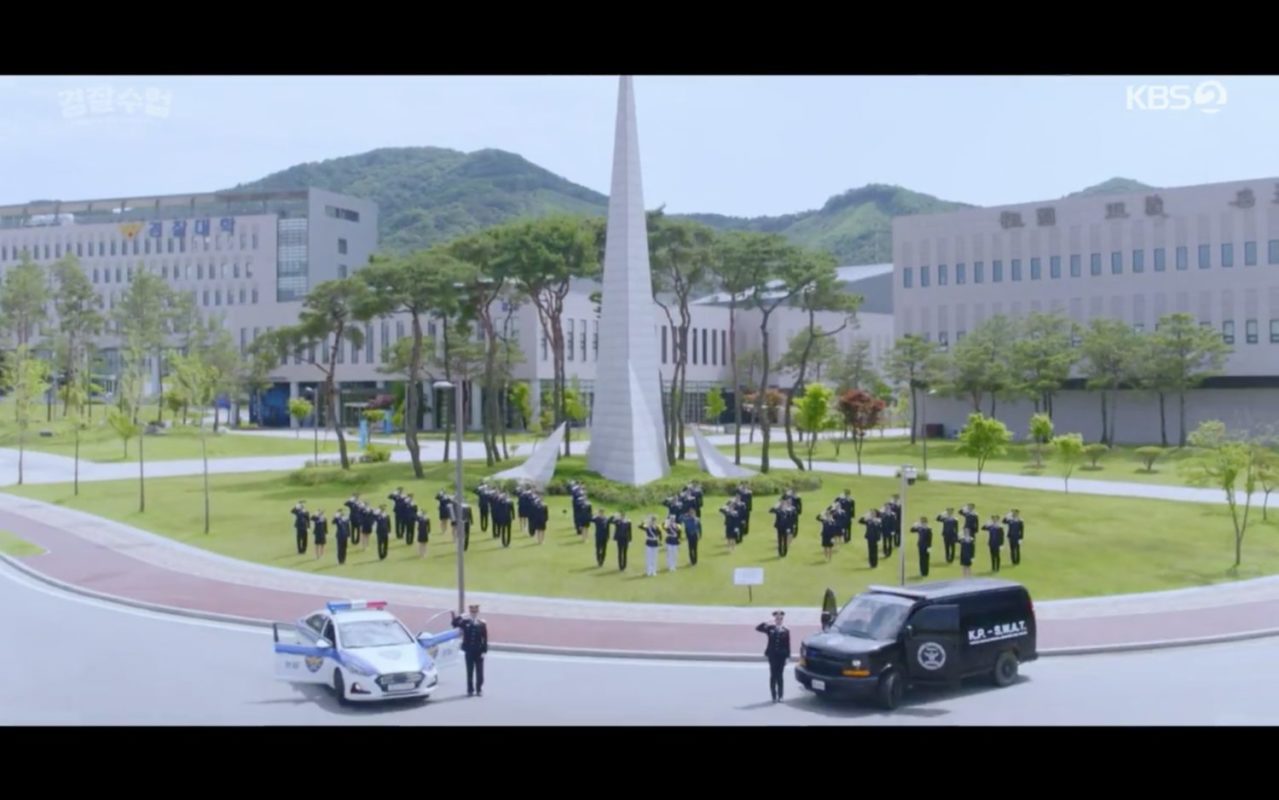 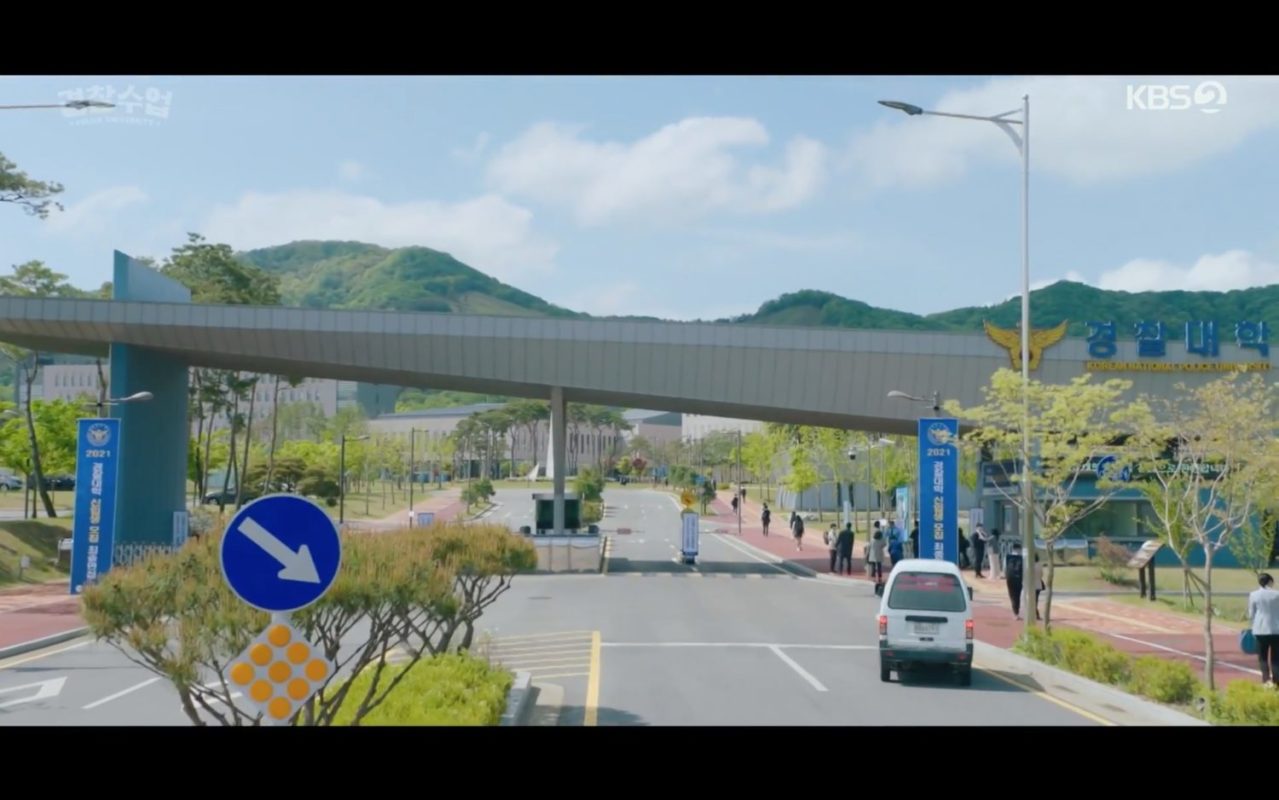 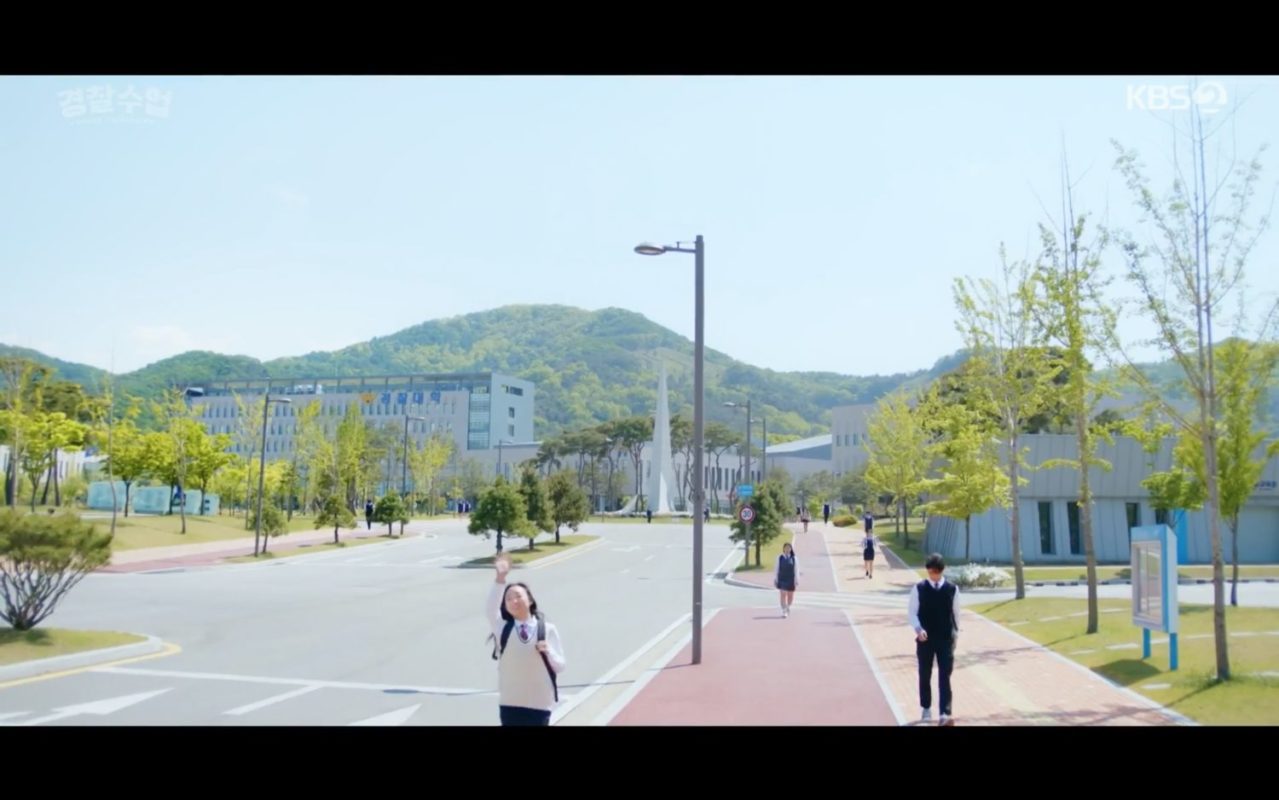 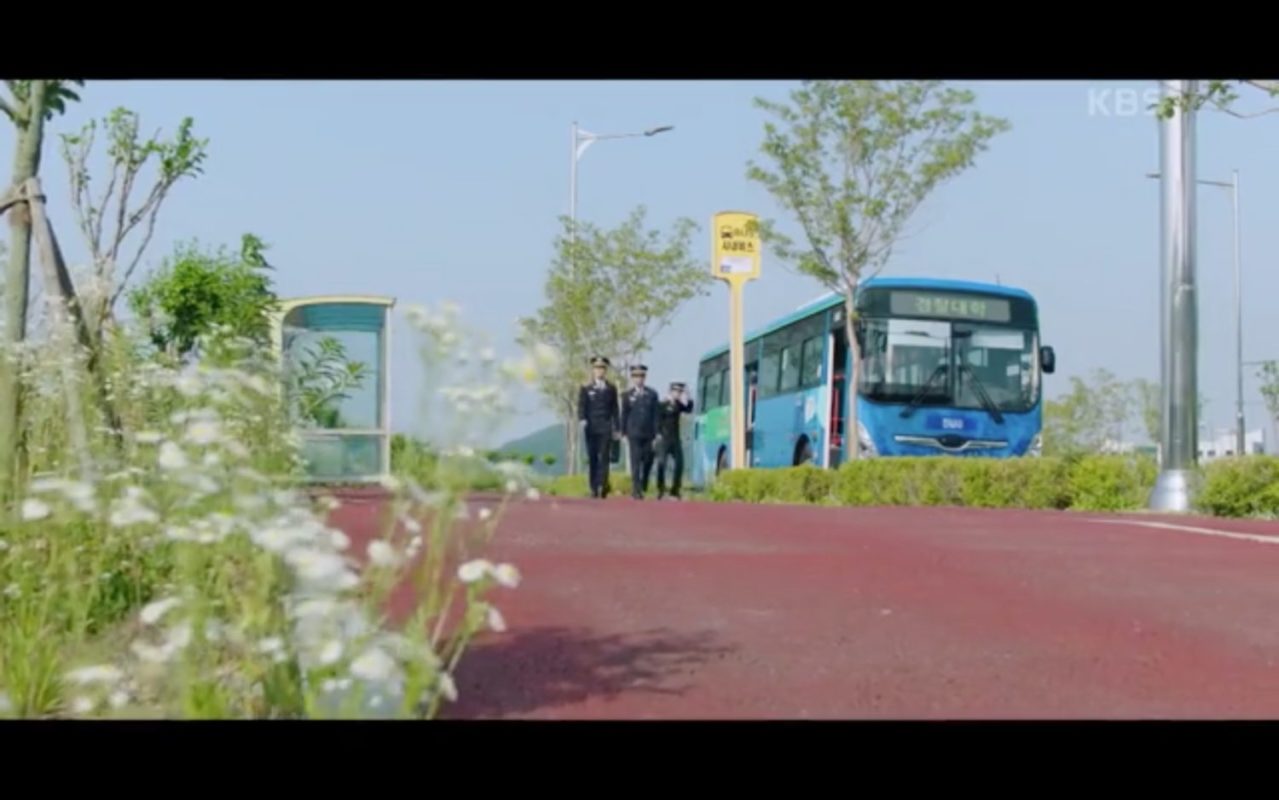 This is the main filming location for Police University/Police Academy (경찰수업) (KBS2, 2021); as this is where the key characters work and study; as seen from episode 1 onwards.

Korean National Police University (KNPU) [경찰대학] is a police education and training institute that was founded in 1979. Since February 2016, it has been located in the village of Hwangsan [Hwangsan-ri/황산리] in Asan’s Sinchang Township [Sinchang-myeon/신창면].

The self-proclaimed aim of the university is to “raise up elite police officers who will exert their duty as a servant of the public, following the patriotic police spirit, which has preserved our country”. Its research is primarily focused on the academic development of policing.

The logo of the academy, created in 2005, shows the Korean eagle (cham-su-ri/참수리) over a rose of sharon (mugunghwa/무궁화), South Korea’s national flower. This symbolizes how the police stretches its wings over the nation and its citizens.

The bus stop Police Academy ‘경찰대학교’ (#10268), also seen in Police University, is located just a few meters away from this university’s entrance. It is served by bus no. 305.