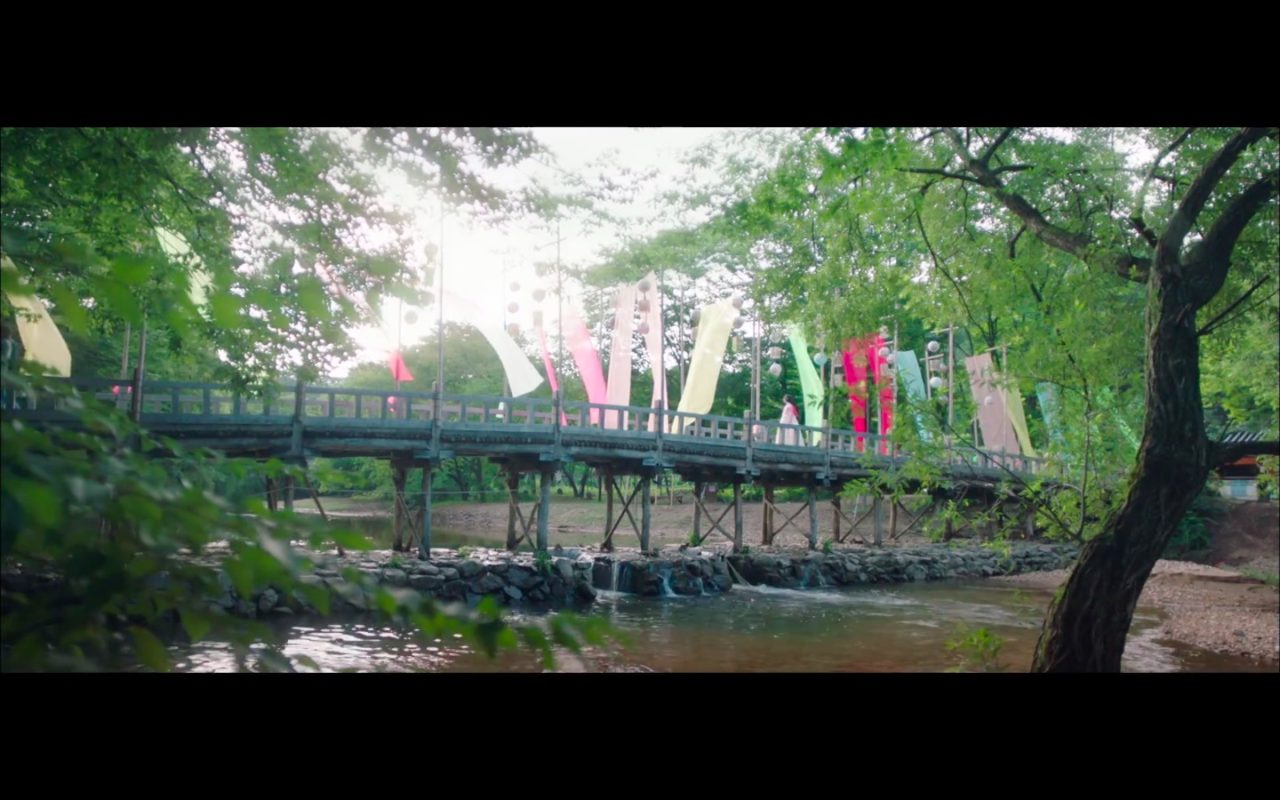 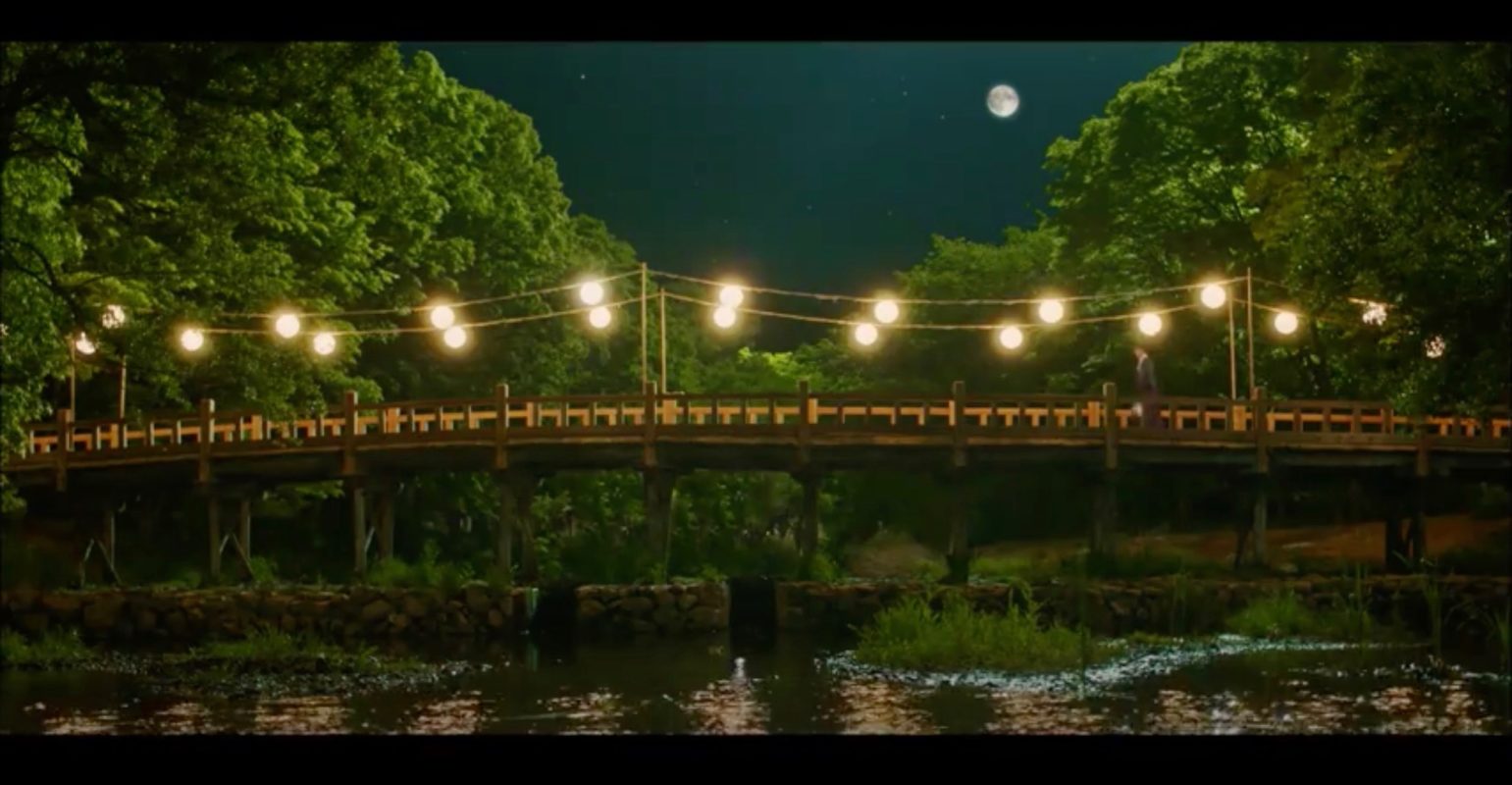 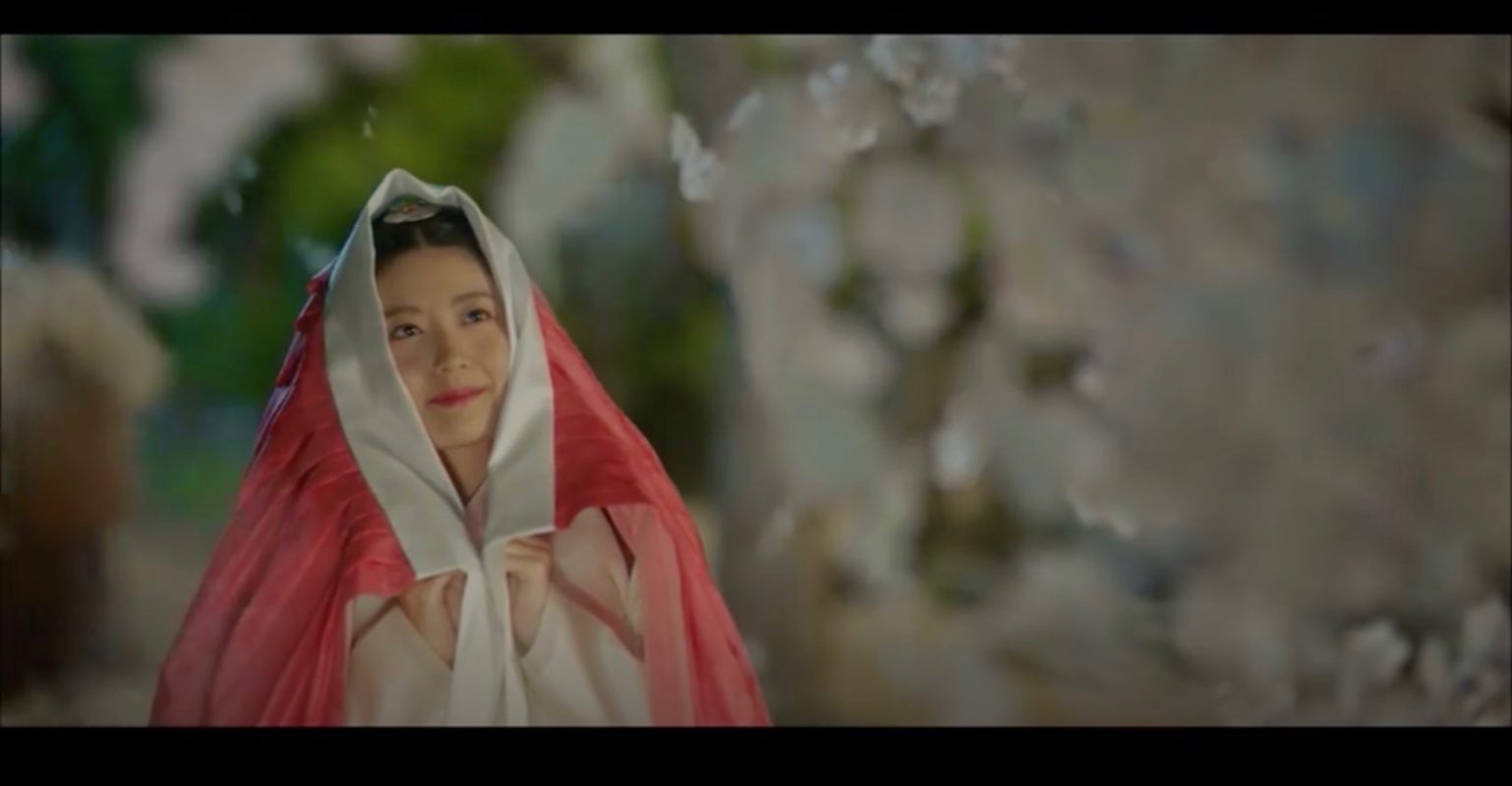 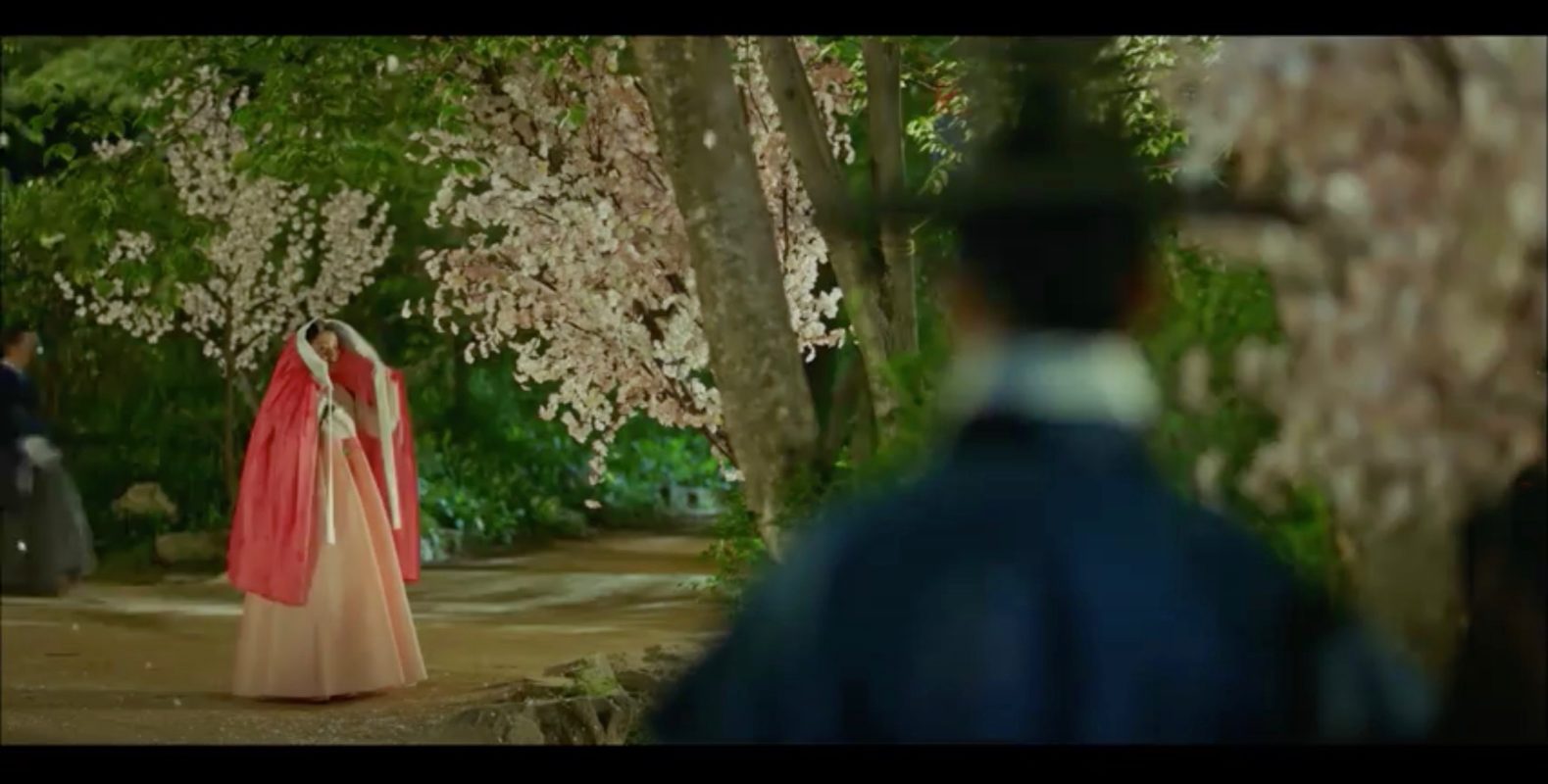 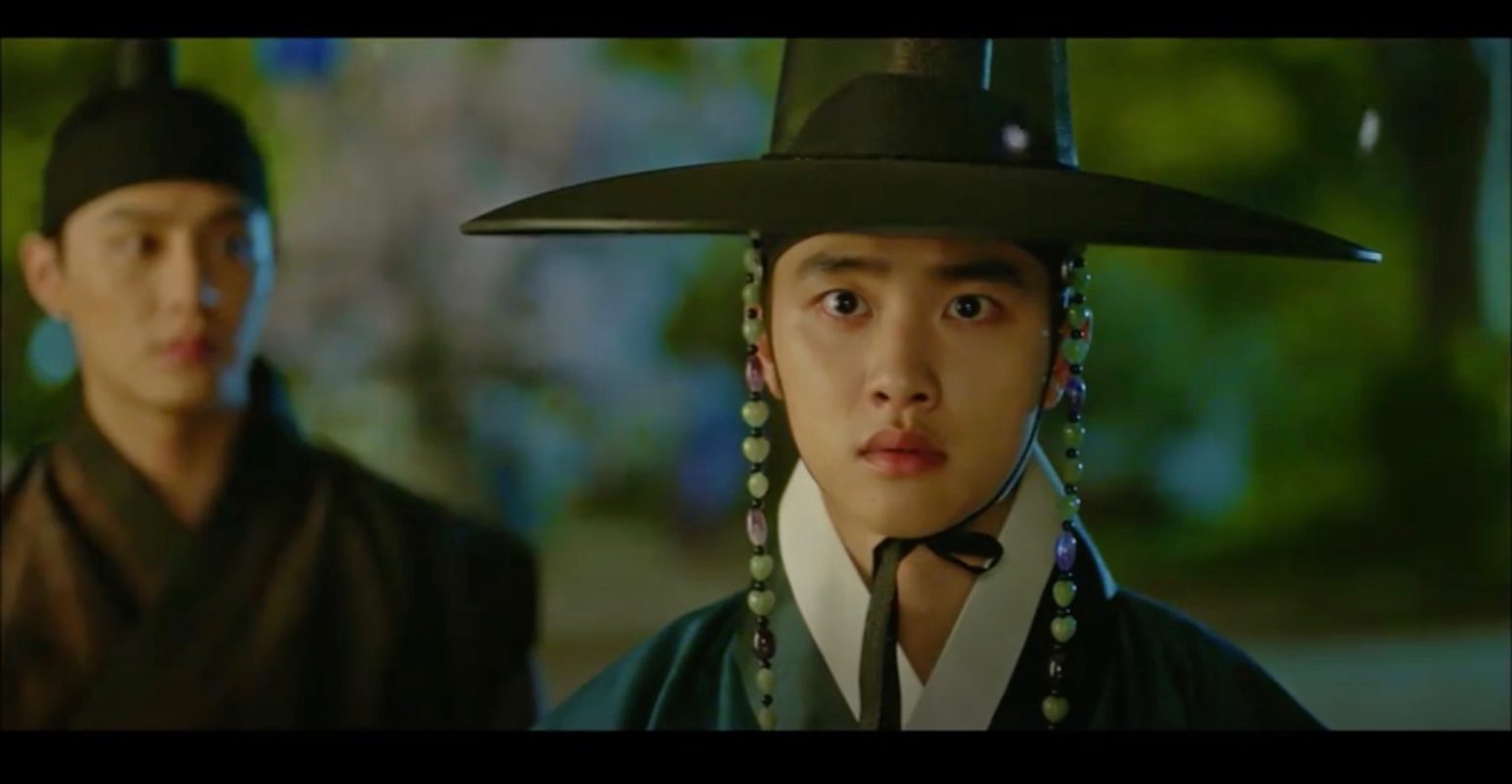 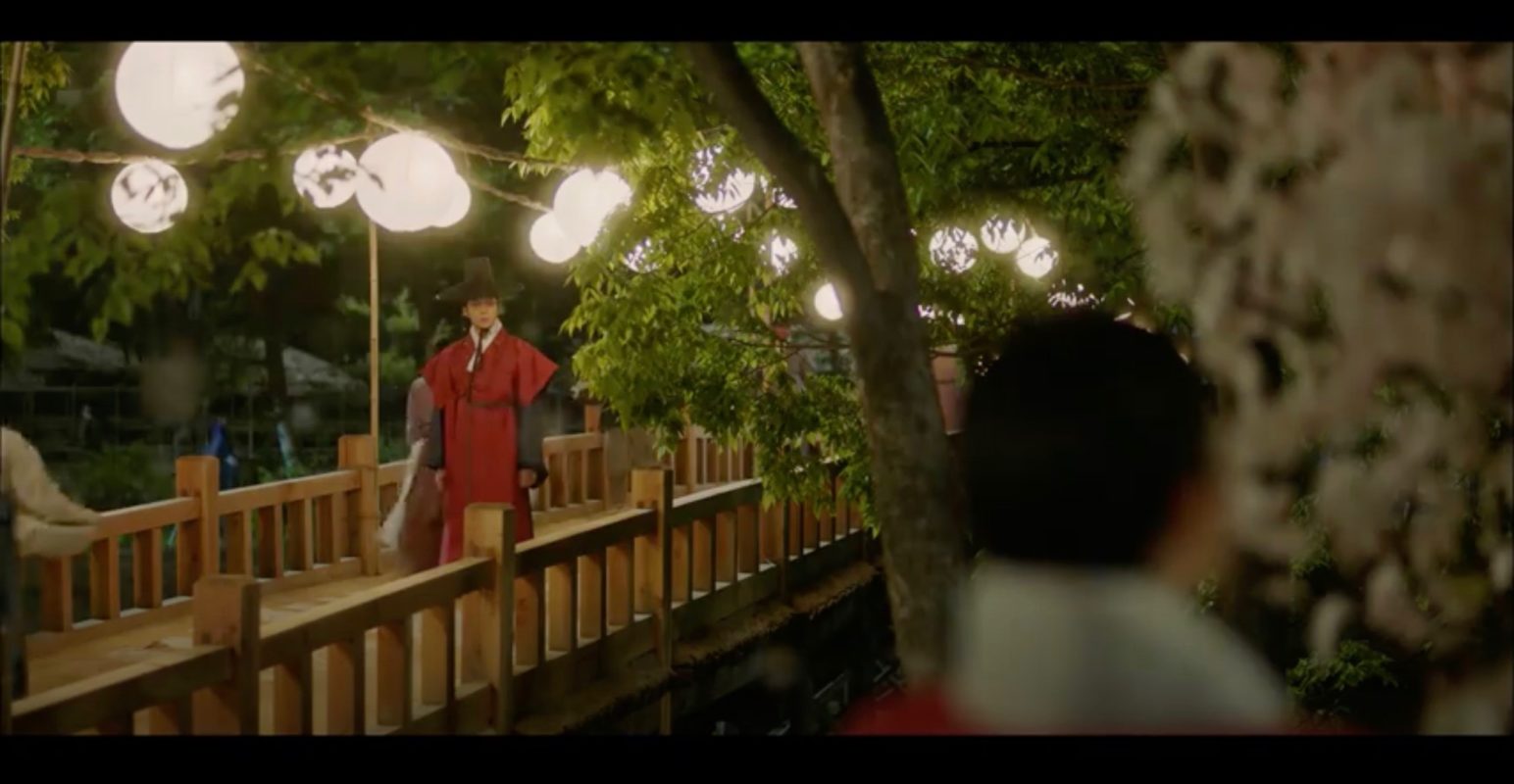 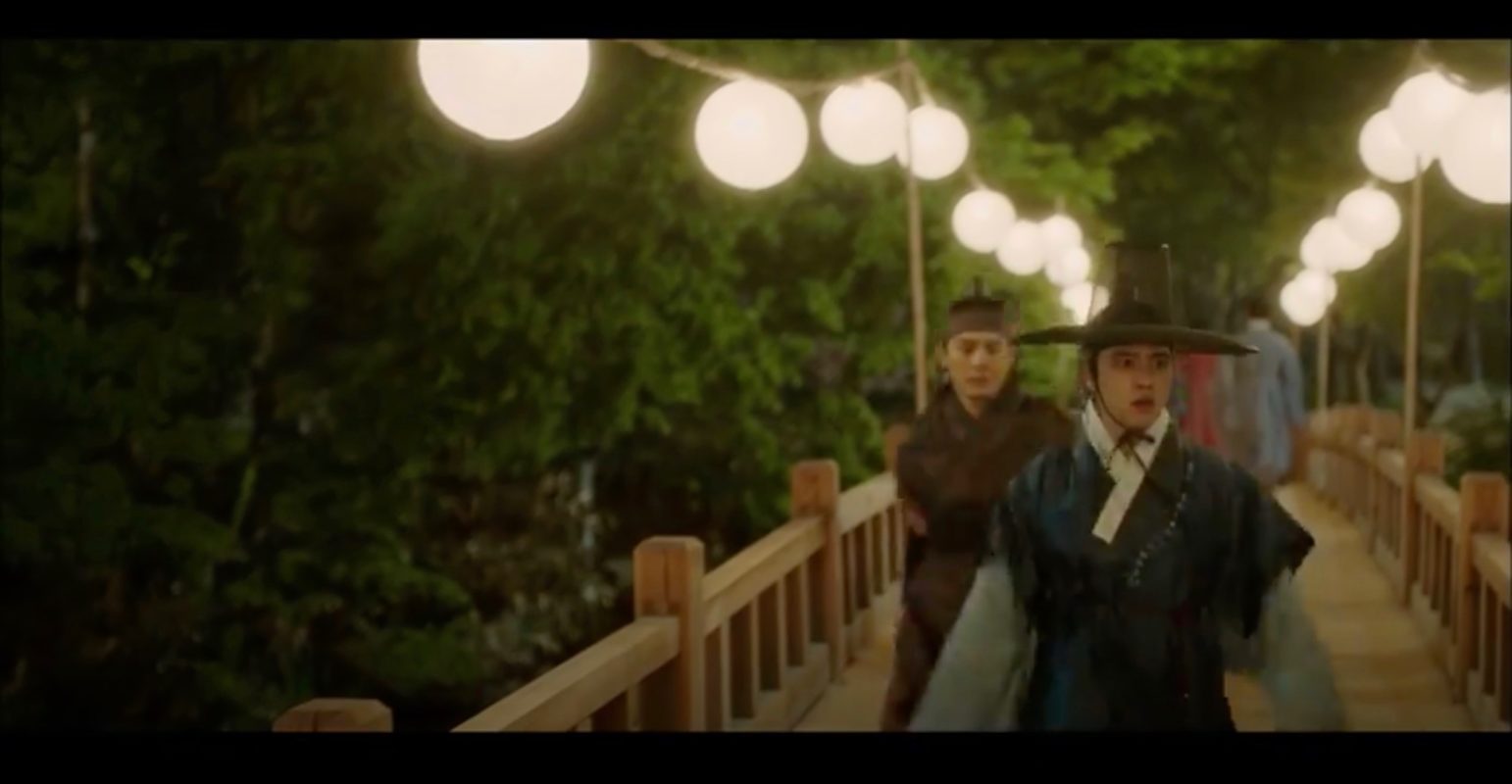 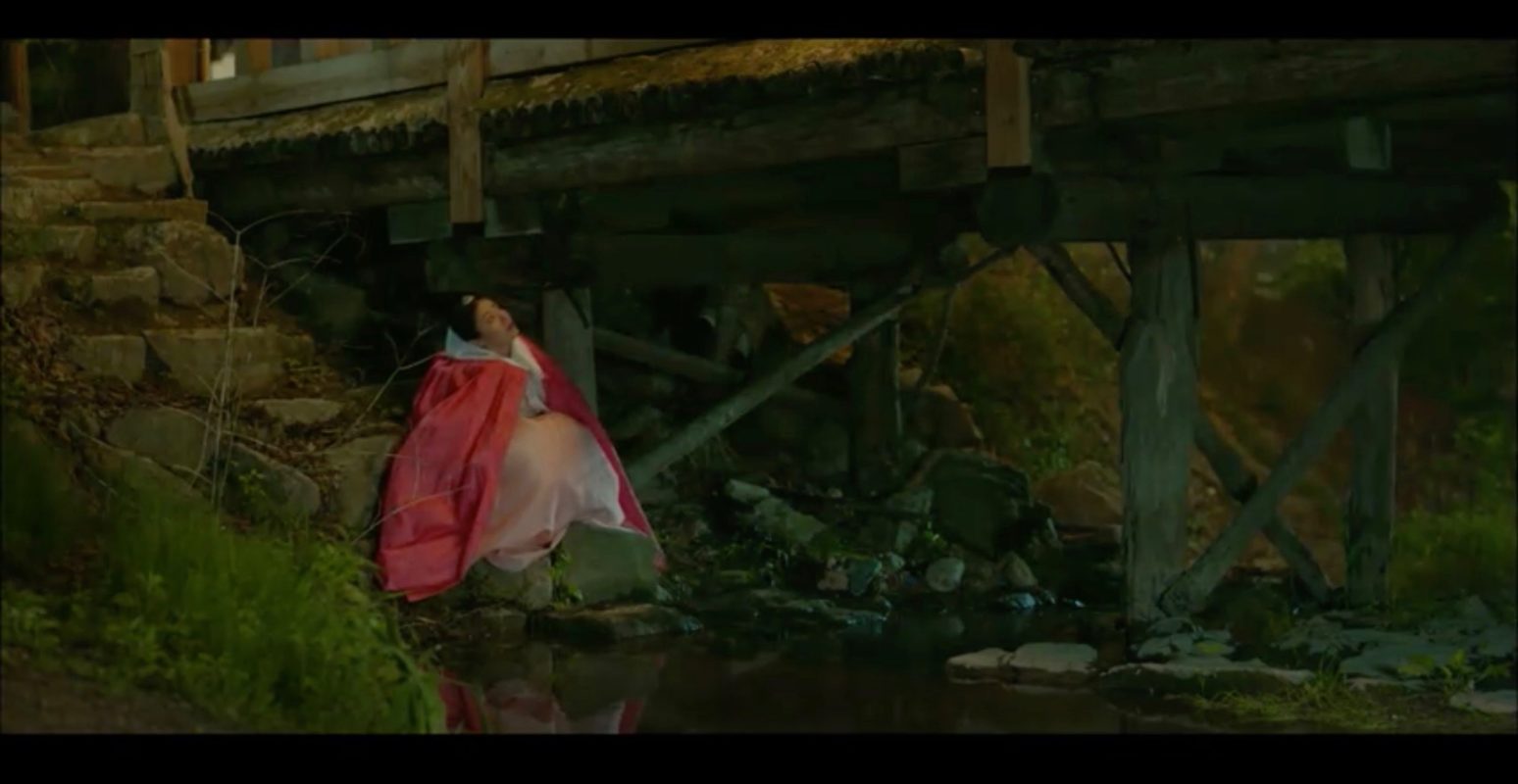 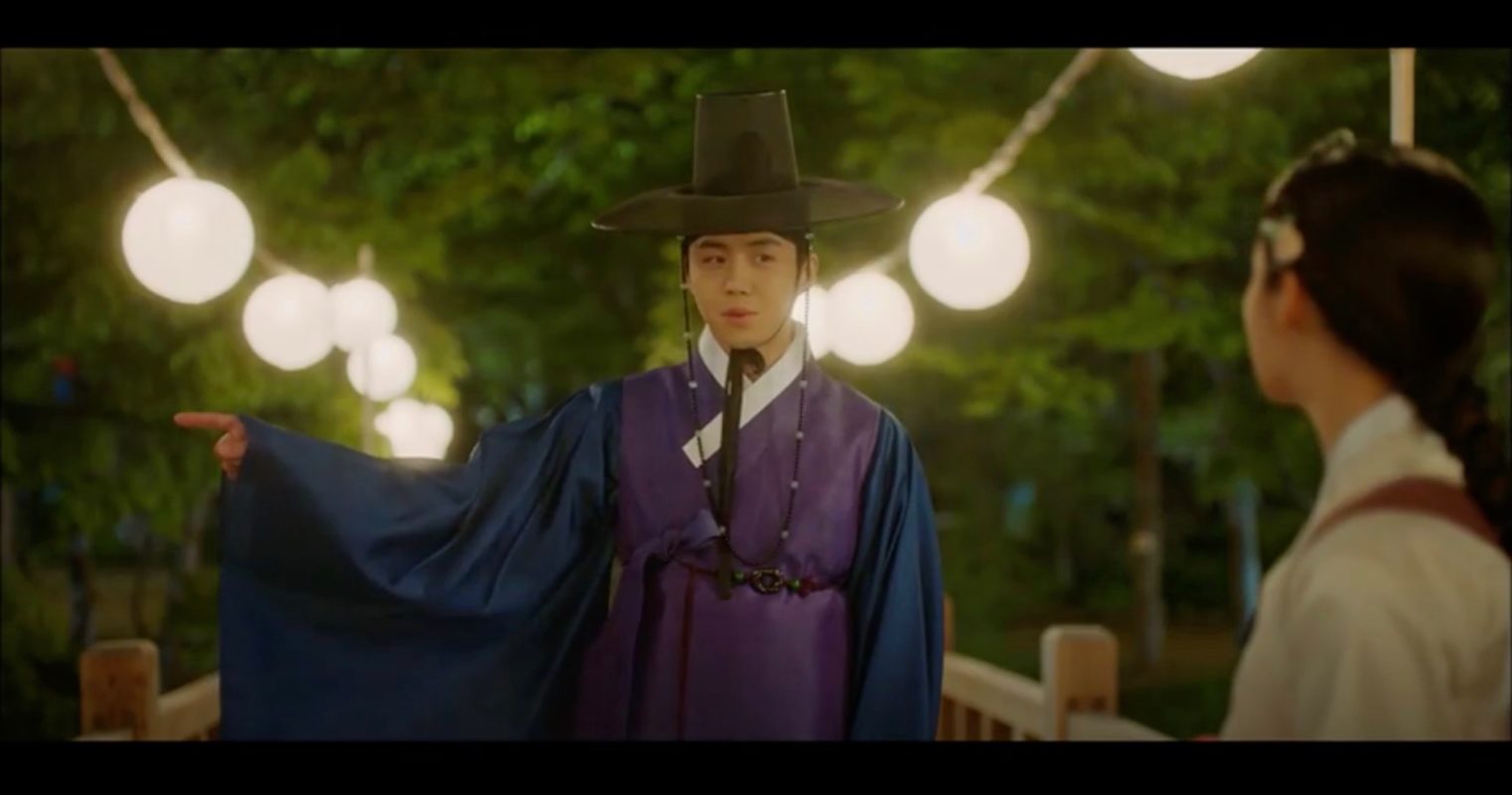 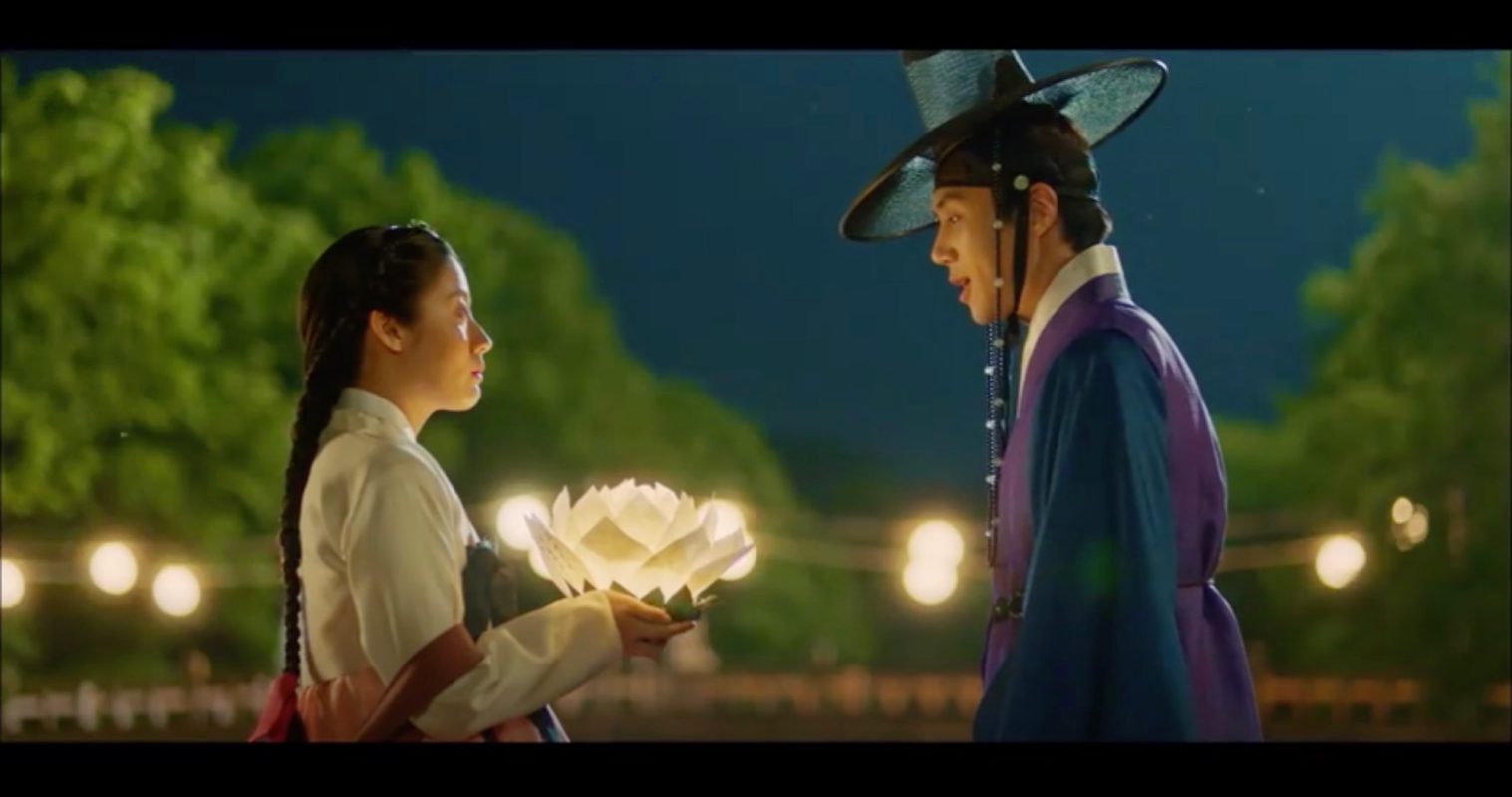 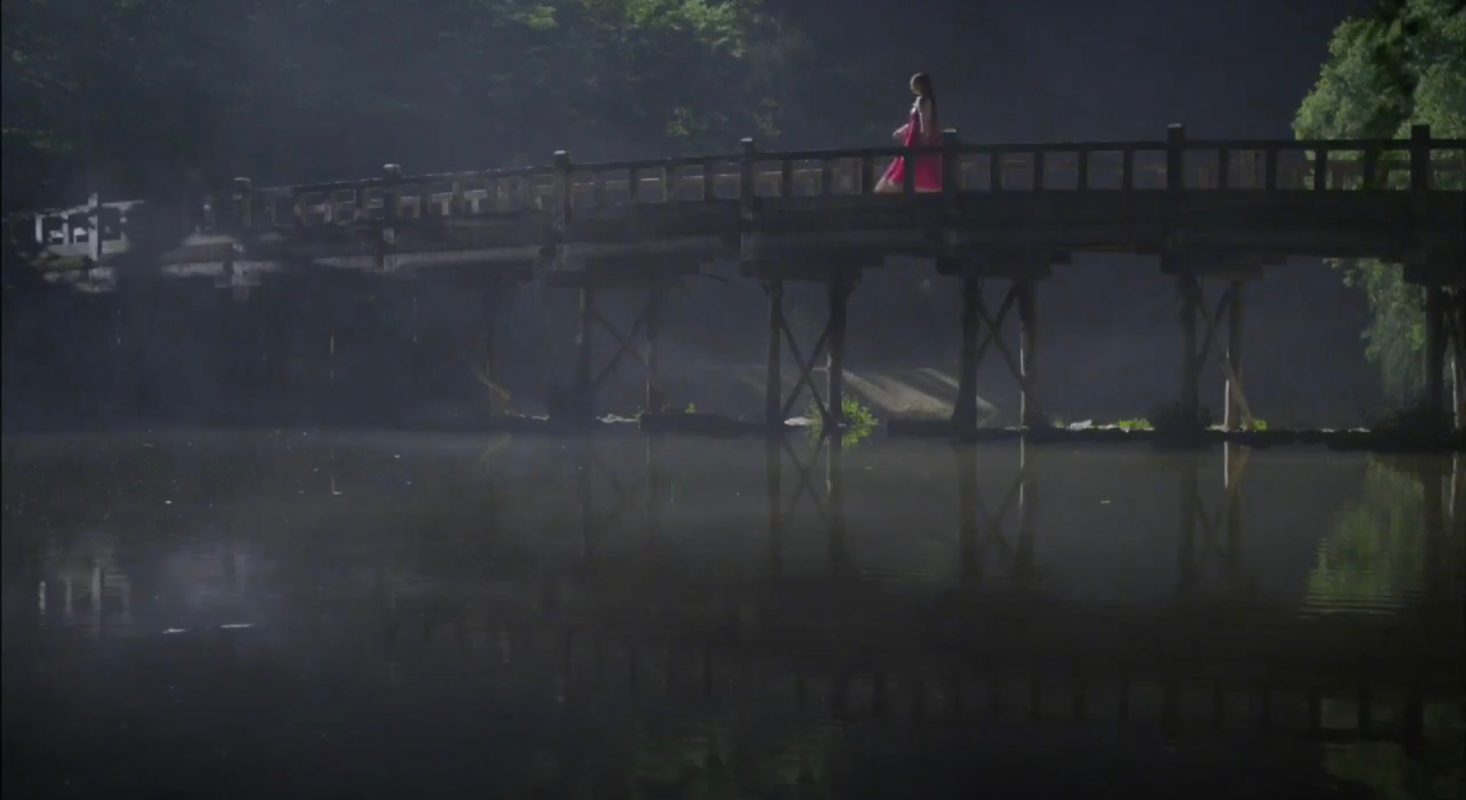 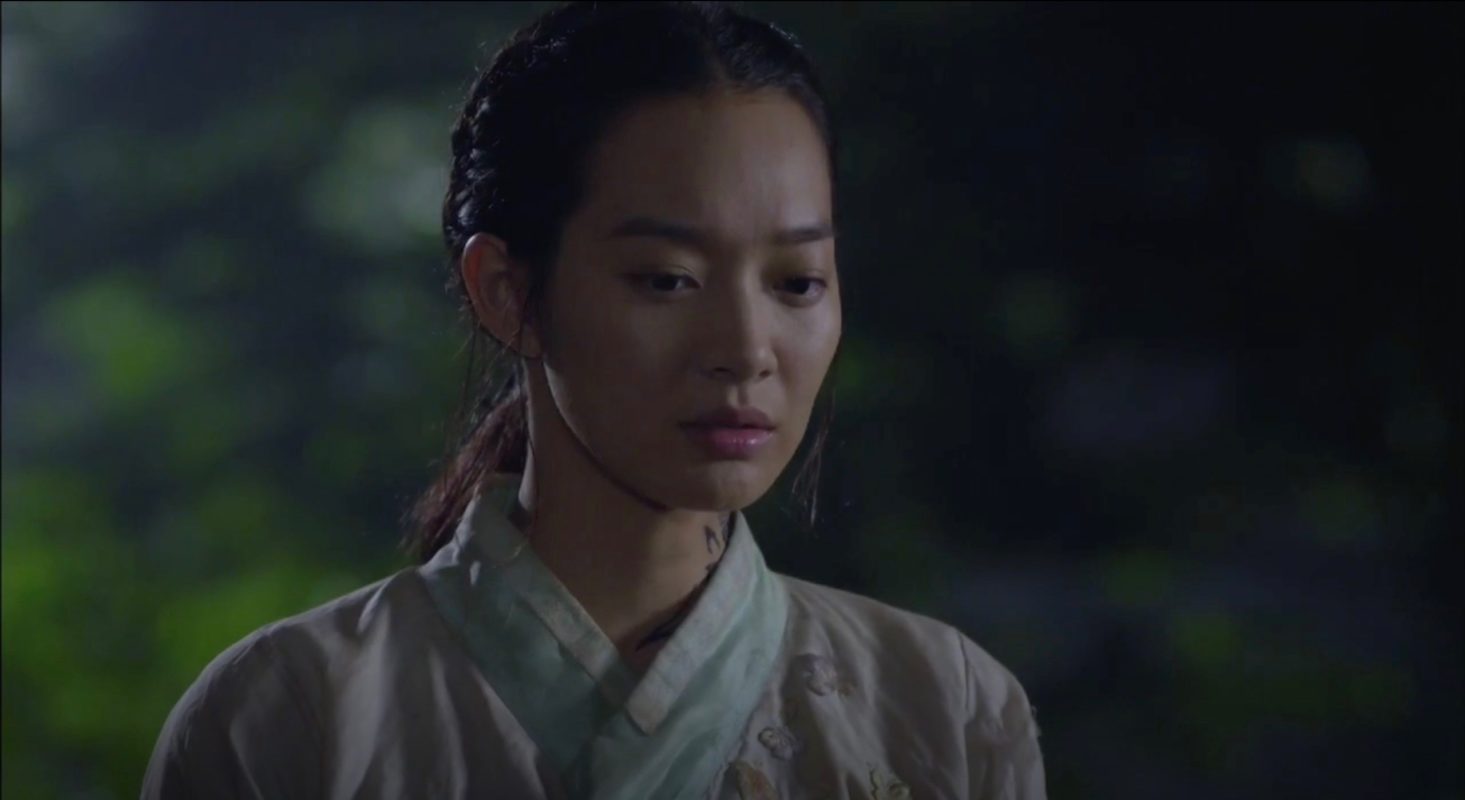 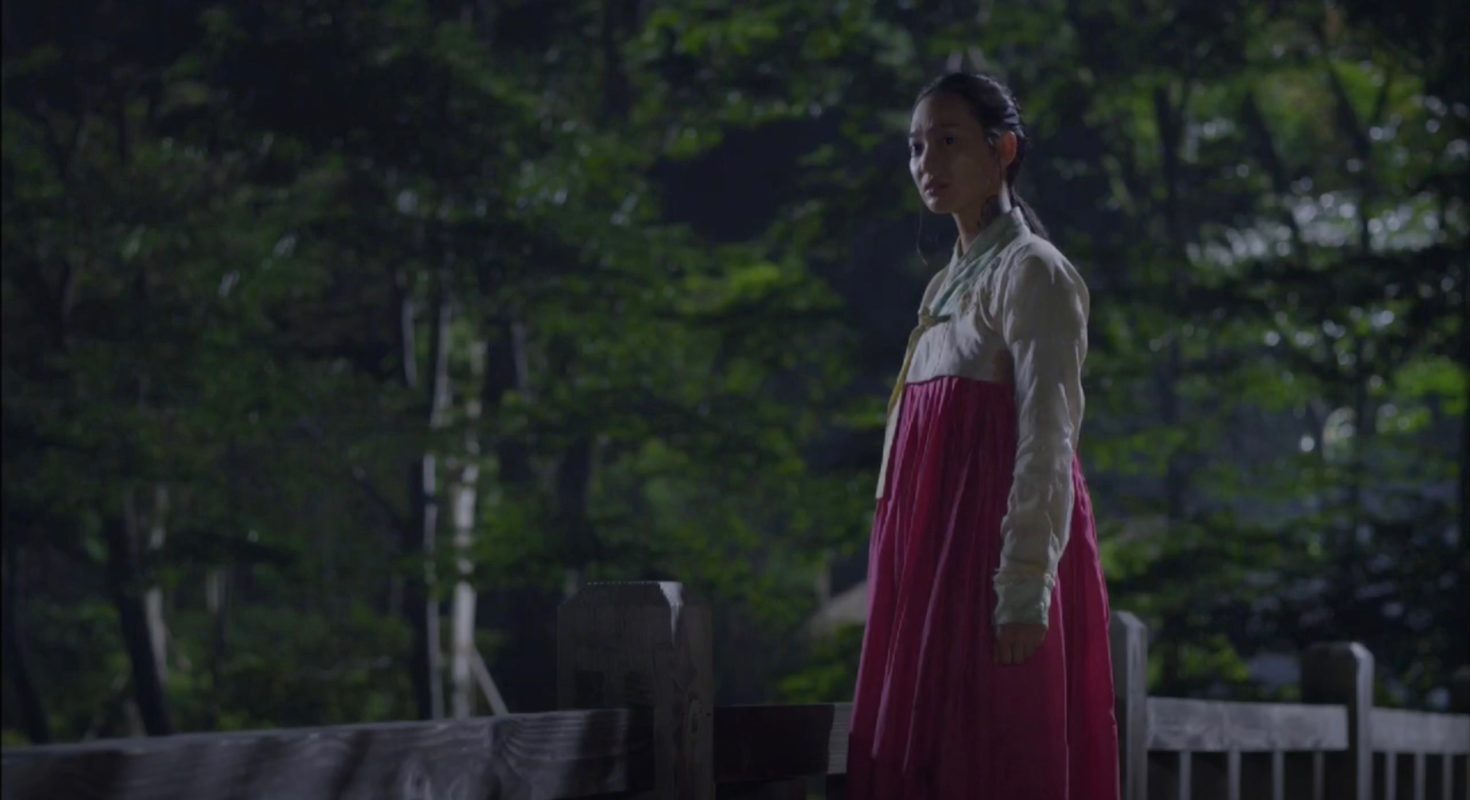 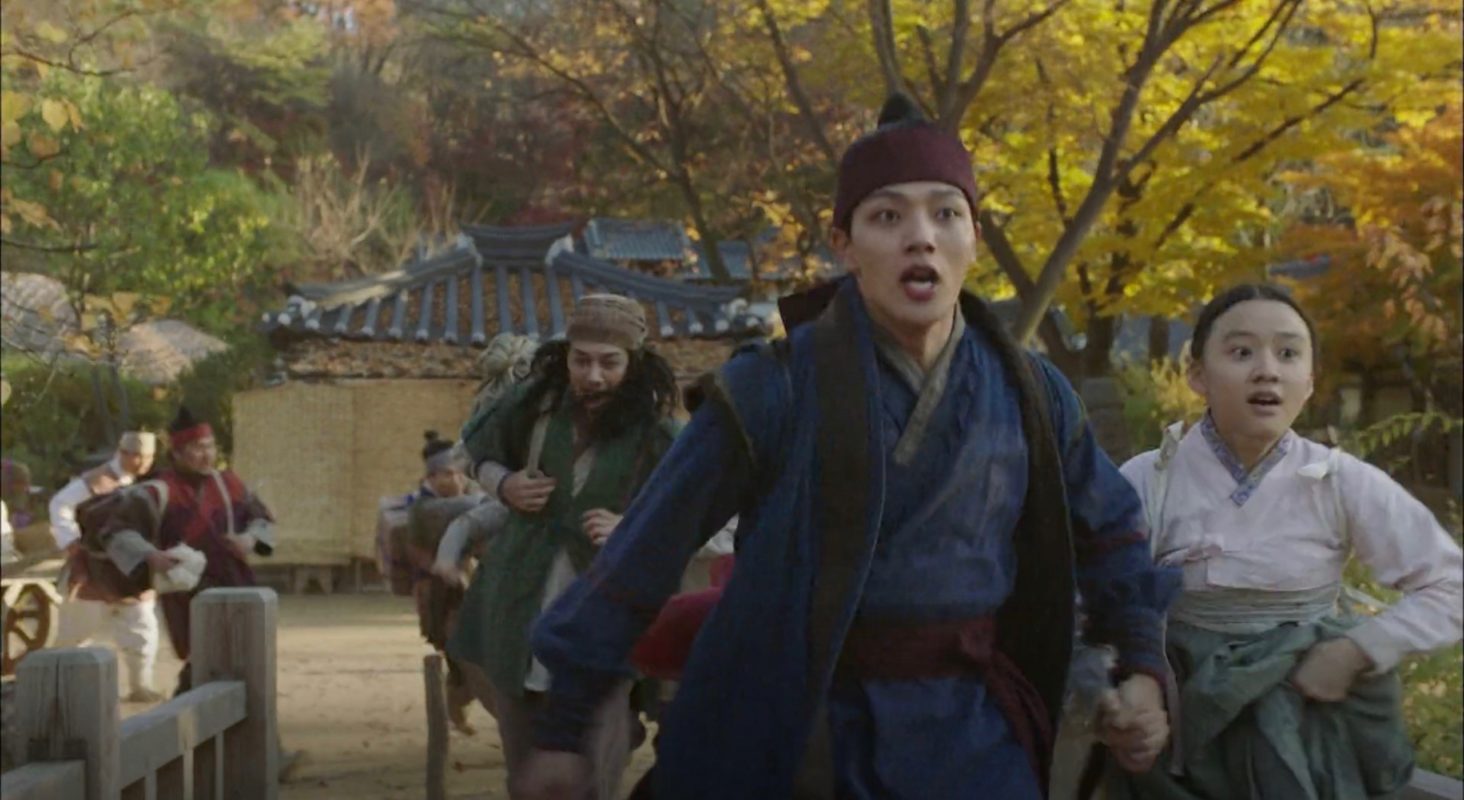 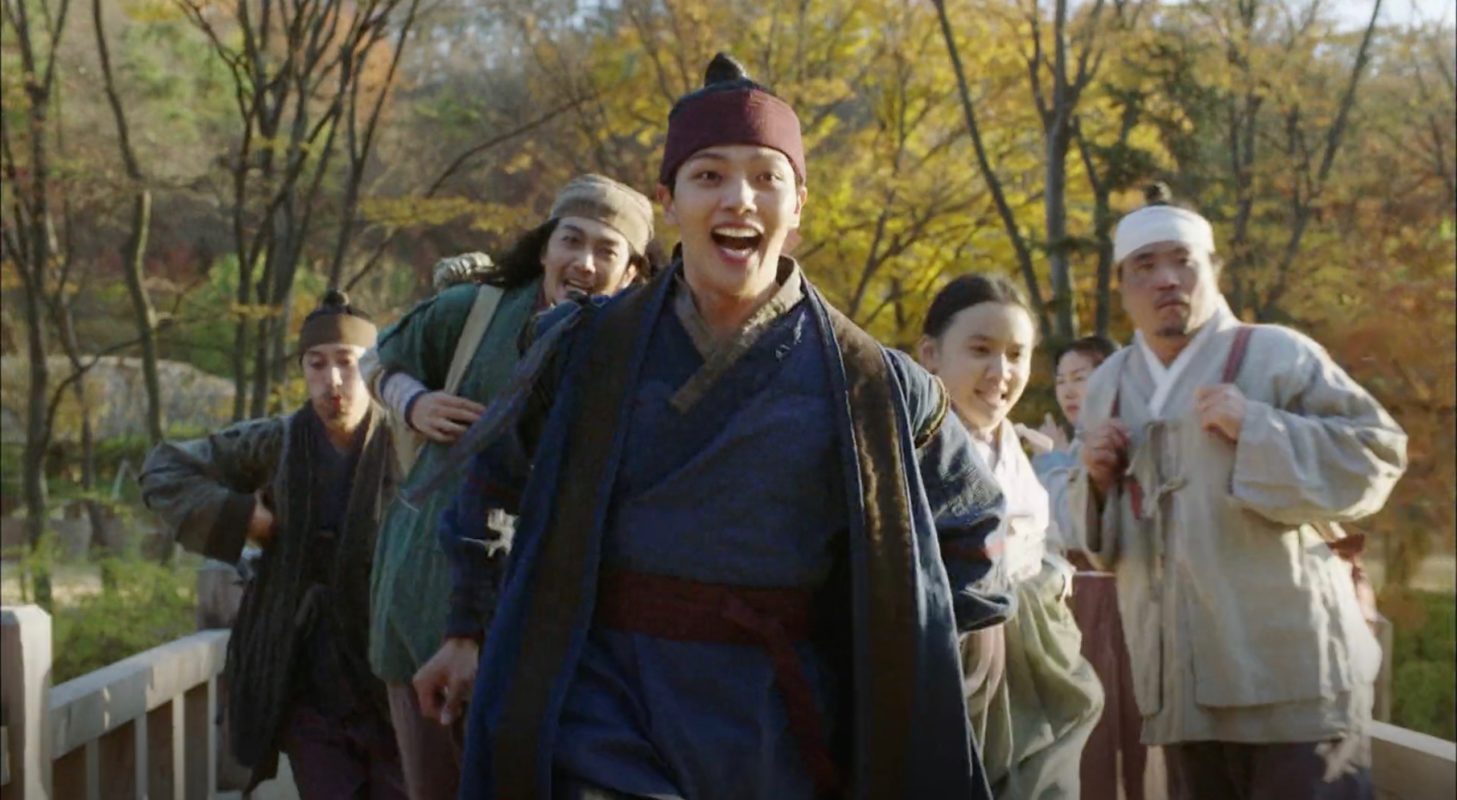 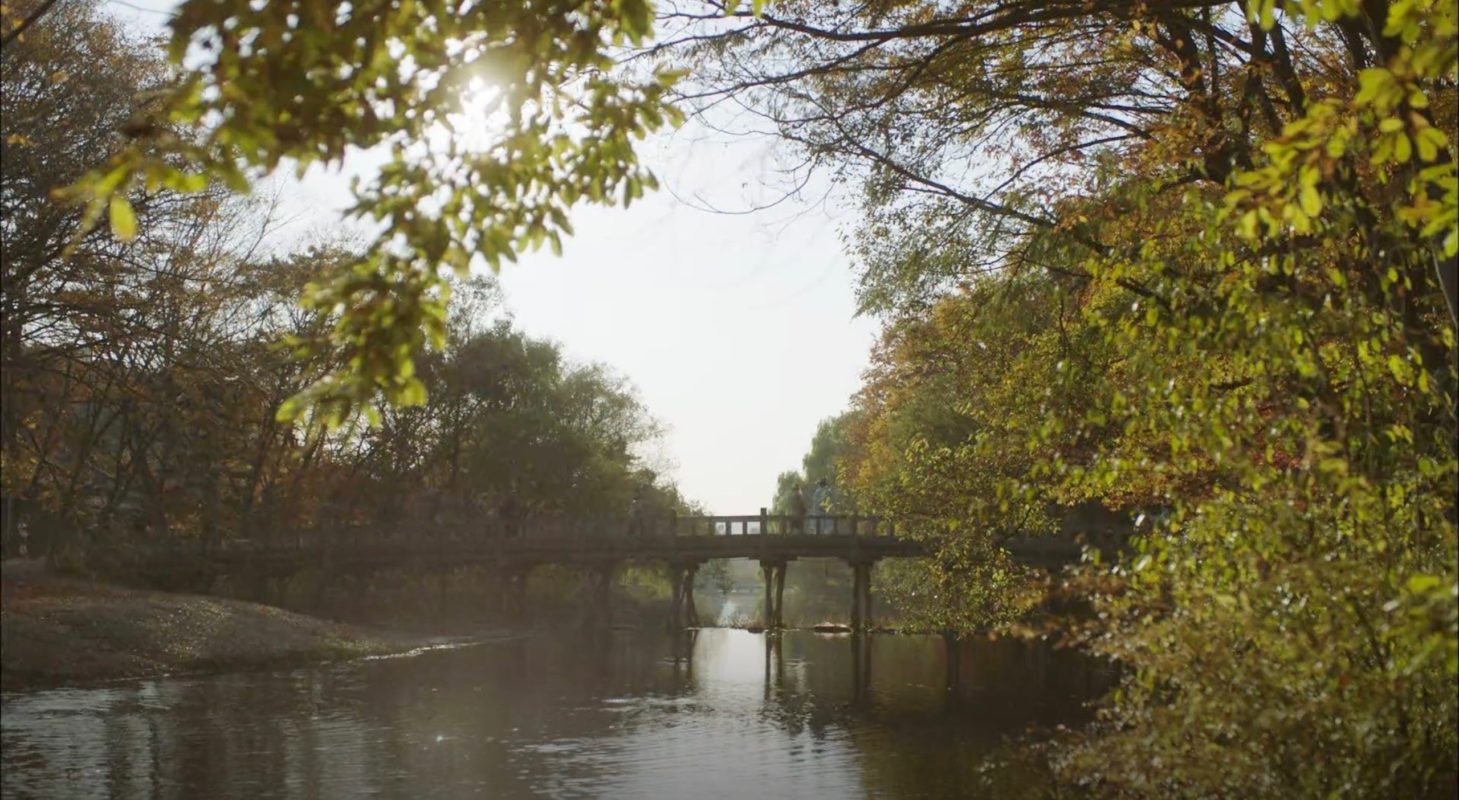 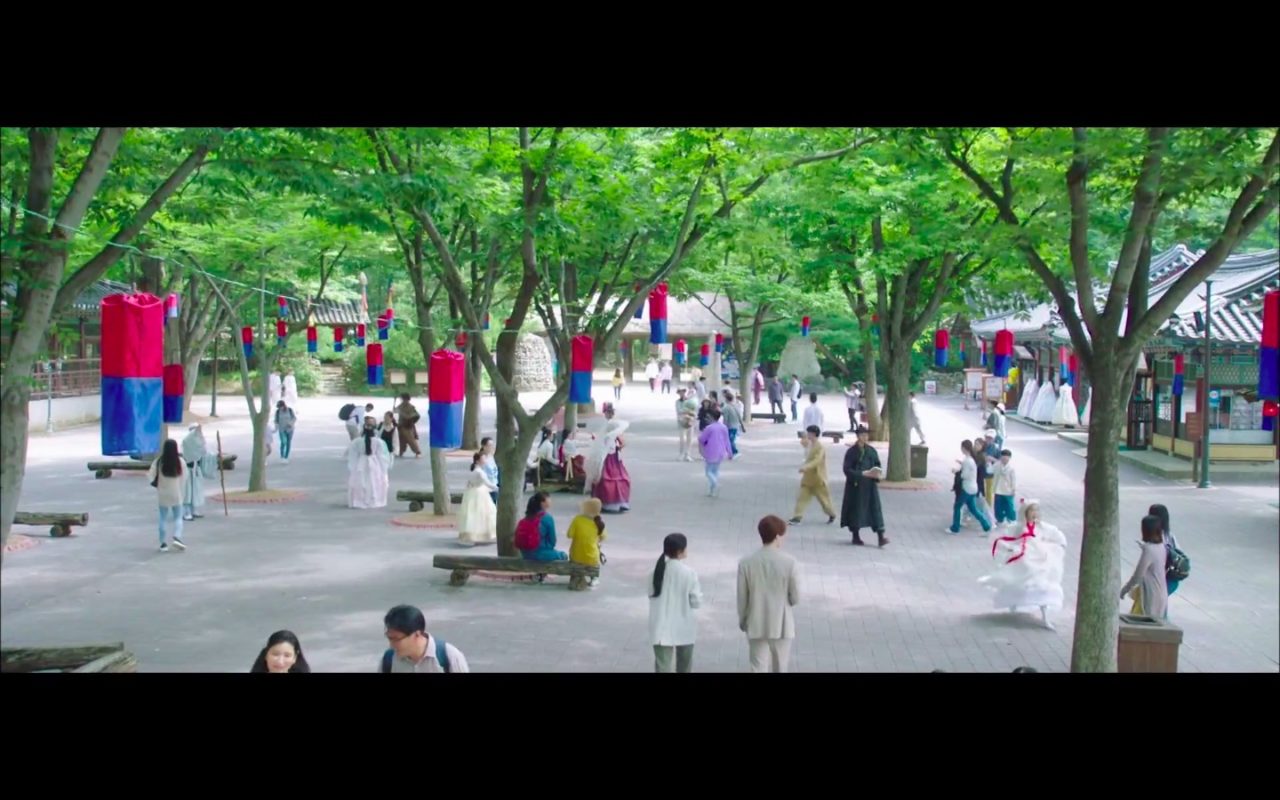 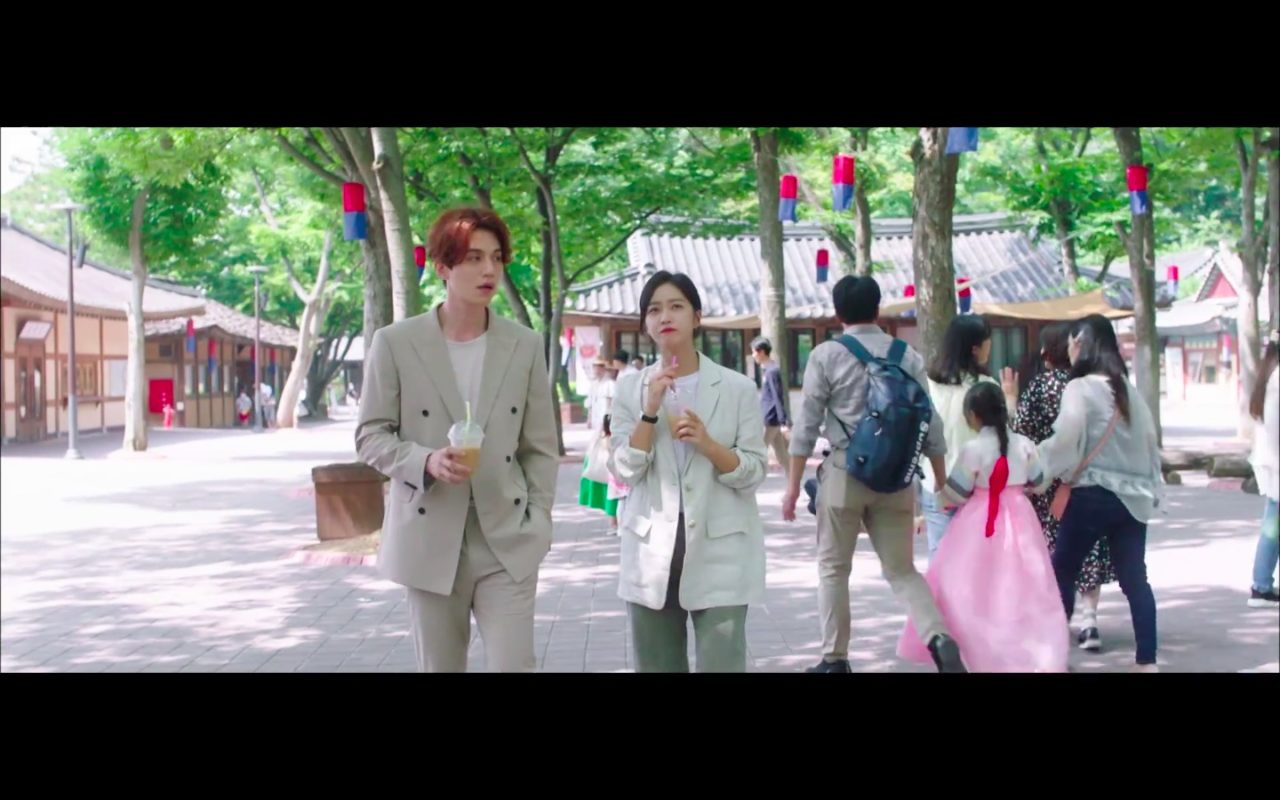 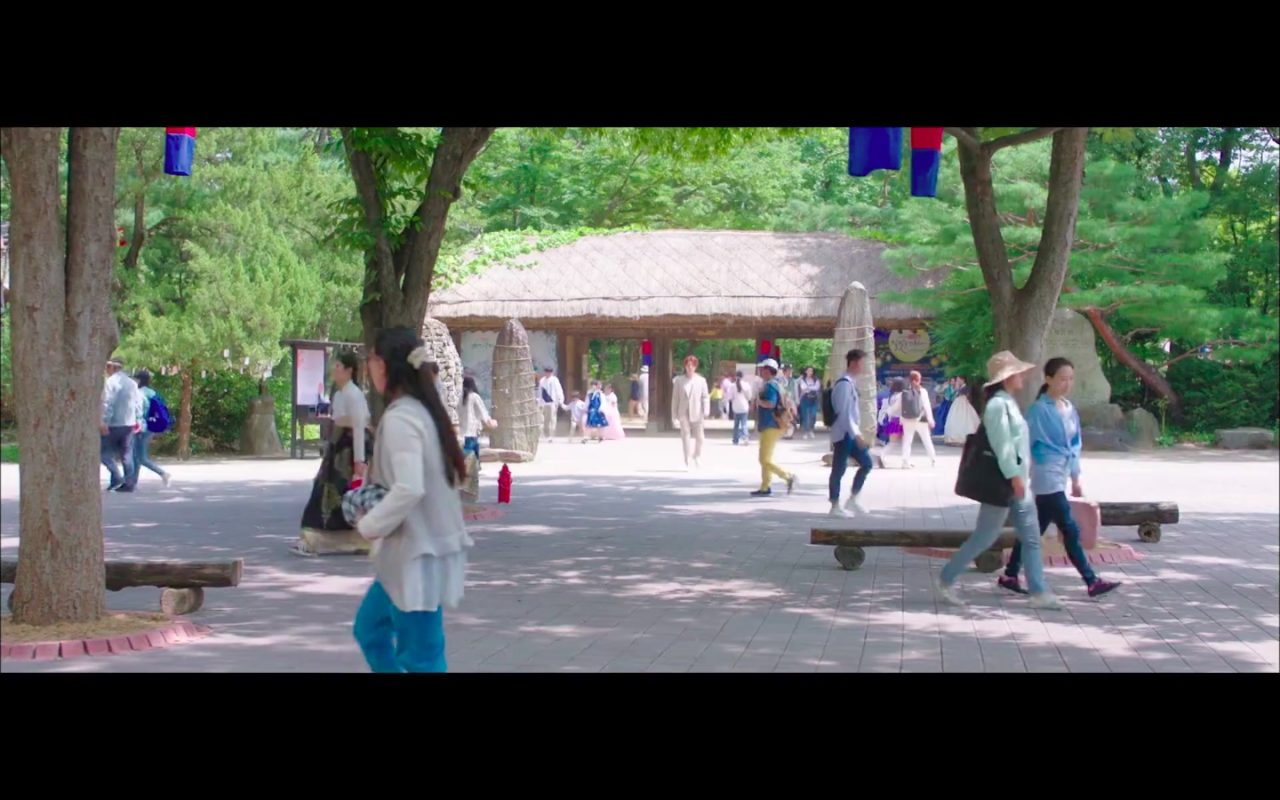 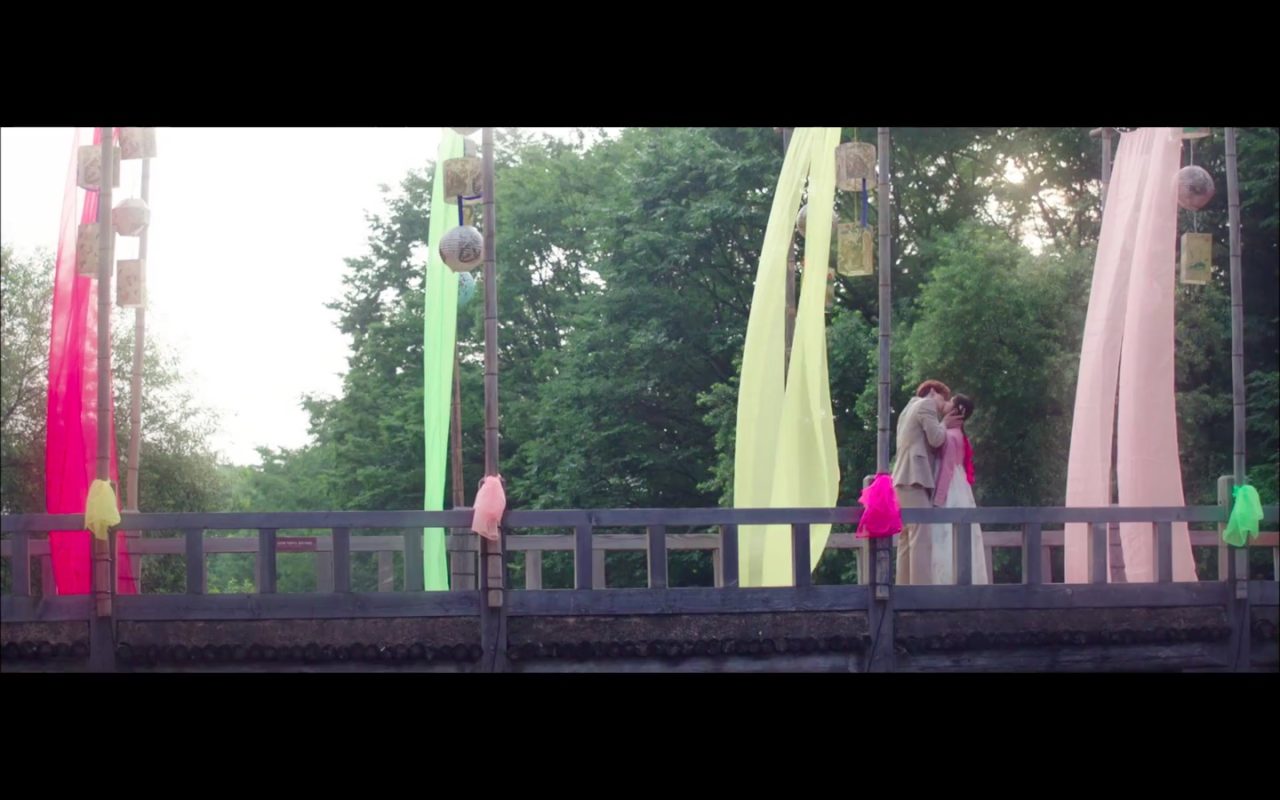 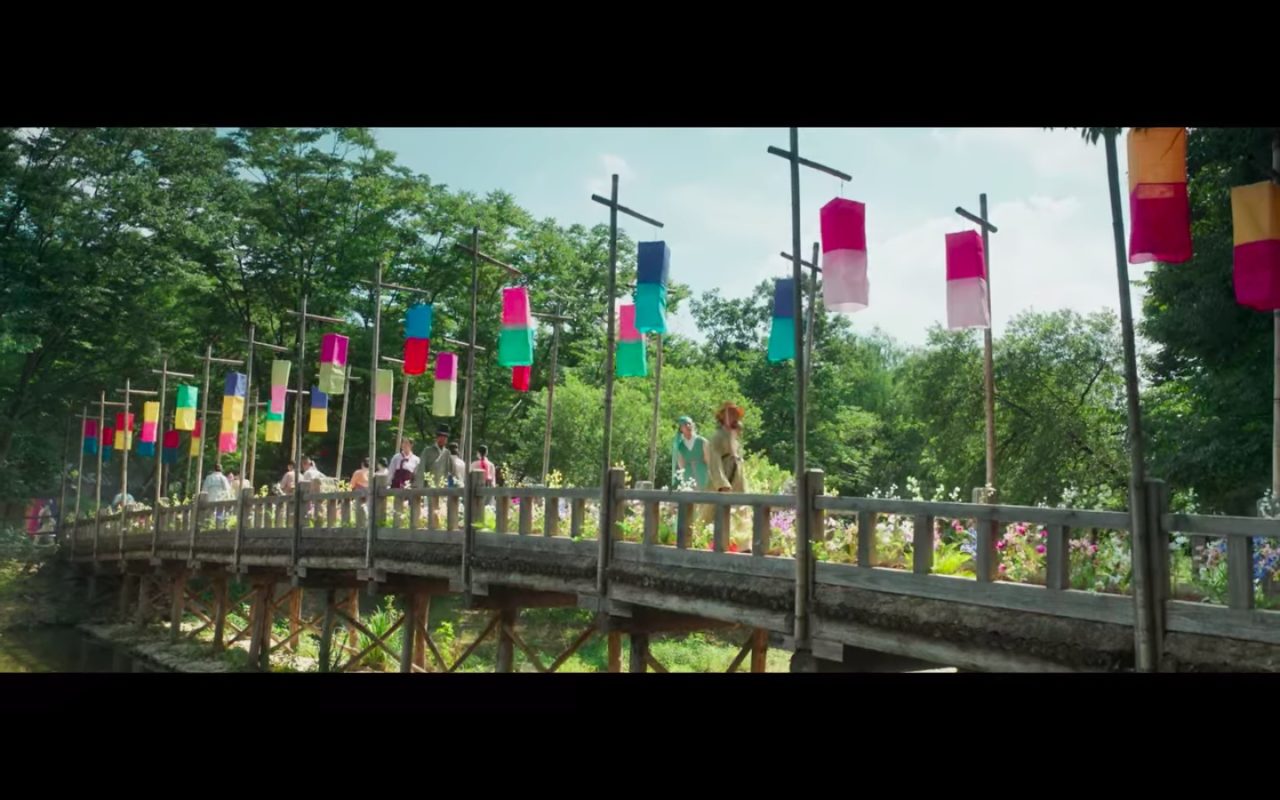 A young Jung Ji-un (Ko Woo-rim) waits for young Dam-i (Choi Myung-bin) on the wooden bridge as arranged in episode 1 of The King’s Affection/Yeonmo (연모) (KBS2, 2021), but unfortunately she doesn’t turn up.

Lee Yeon (Lee Dong-wook) and Nam Ji-a (Jo Bo-ah) visit the folk village together in episode 5 of Tale of the Nine Tailed/Tale of The Nine-Tailed Fox (구미호뎐) (tvN, 2020). Ji-a sees a hanbok at a shop and decides to dress up in it; as Lee Yeon searches for her, he sees her in the hanbok and is immediately taken back to his memories of Areum. He finds her on the wooden bridge, and rushes up to kiss her.

The ‘Wooden Bridge’ at which Hong-sim (Nam Ji-hyun) waits for her brother once a month — which was what they promised each other 10 years ago — in 100 Days My Prince (백일의 낭군님) (tvN, 2018) is located here. This is also where Jung Je-yoon (Kim Sun-ho) and adult Lee Yool (Do Kyung-soo of EXO) both see Hong-sim for the first time in episode 2. In episode 5, Je-yoon prepares a floating lantern that her wish does come true.

Annoyed and frustrated Ah-Rang (Shin Min-A) crosses this ‘Wooden Bridge’ in episode 2 of Arang and the Magistrate/Tale of Arang (아랑사또전) (MBC, 2012), talking to herself. The ‘Local Government Office’ is also seen in this drama.

Episode 22 of YouTube series Workman [워크맨] (Lululala, 2019-present) was filmed here, where host Jang Sung-kyu experienced what it’s like to work as a cast member of the Folk Village.

Korean Folk Village (KFV) [한국민속촌] or Minsok Village, founded in 1974, is a reconstructed village of historical houses that were relocated and reconstructed from different parts of South Korea to shed light on historical times and its daily lives. It is located in Yongin’s neighborhood Sanggal [Sanggal-dong/상갈동] in the Giheung District [Giheung-gu/기흥구]. Megabox Drive M [메가박스 용인점(드라이브M)] sits very close to here.

The houses and edifices most seen in K-Dramas are No. 9 and No. 44 as well as the the ‘Wooden Bridge’ just next to no. 37 on the KFV map.

In 2021, the Ministry of Culture, Sports and Tourism —announced through the Korea Tourism Organization (KTO)— selected this village as one of the ‘100 Must-Visit Spots in Korea’ for 2021-2022.