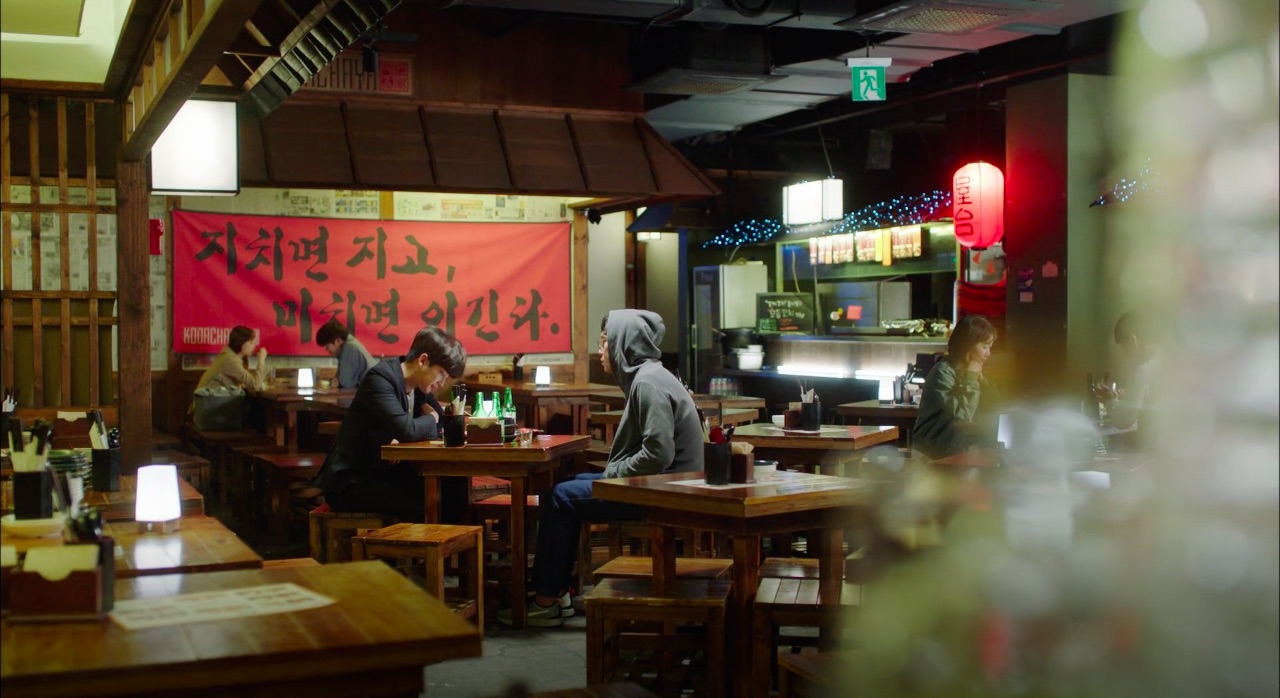 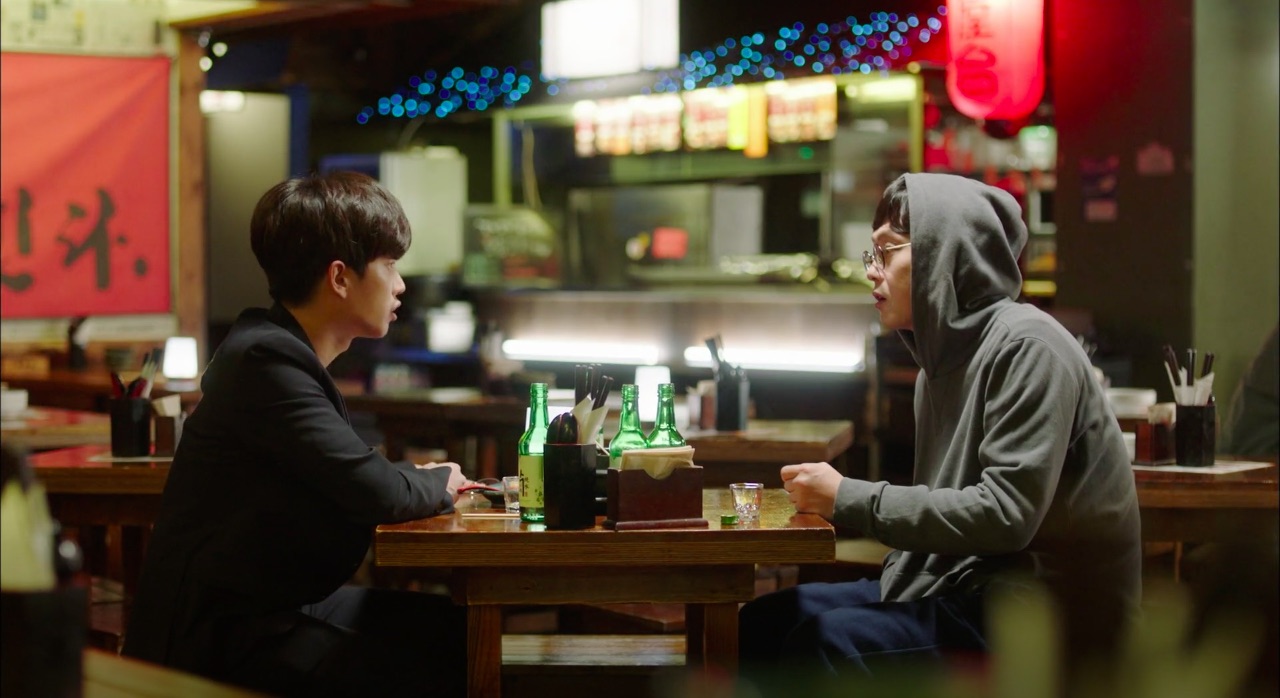 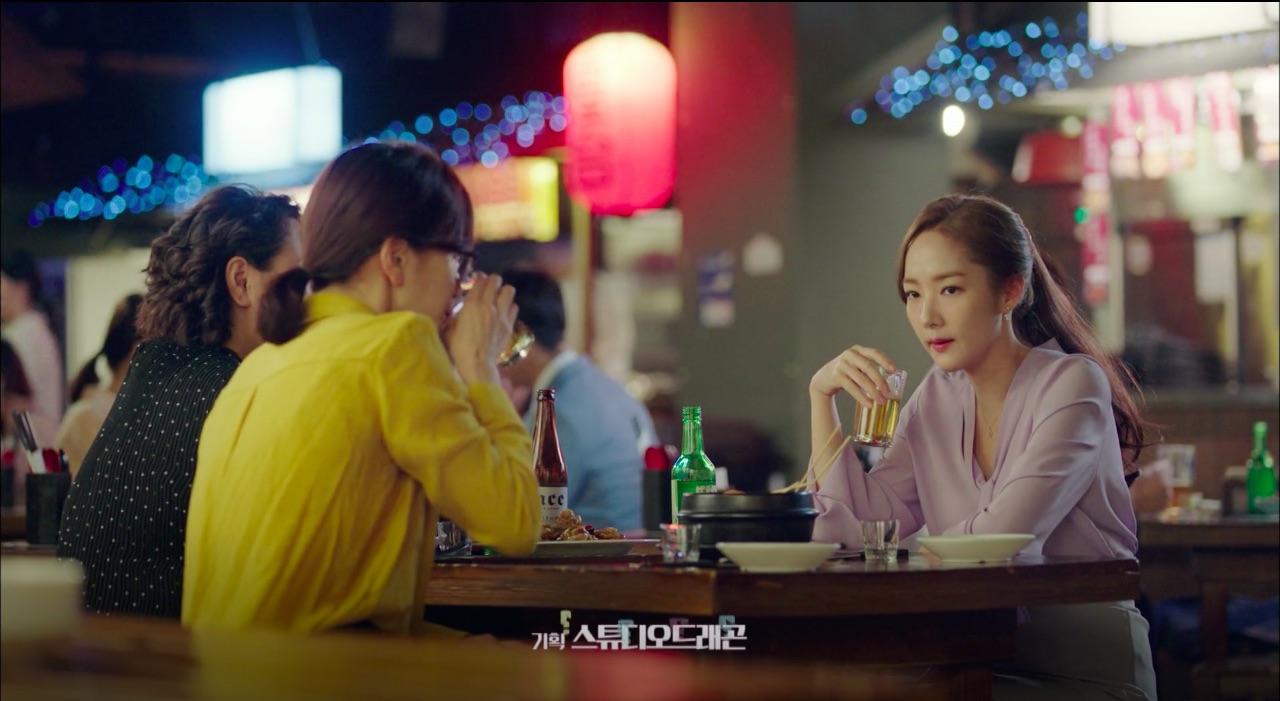 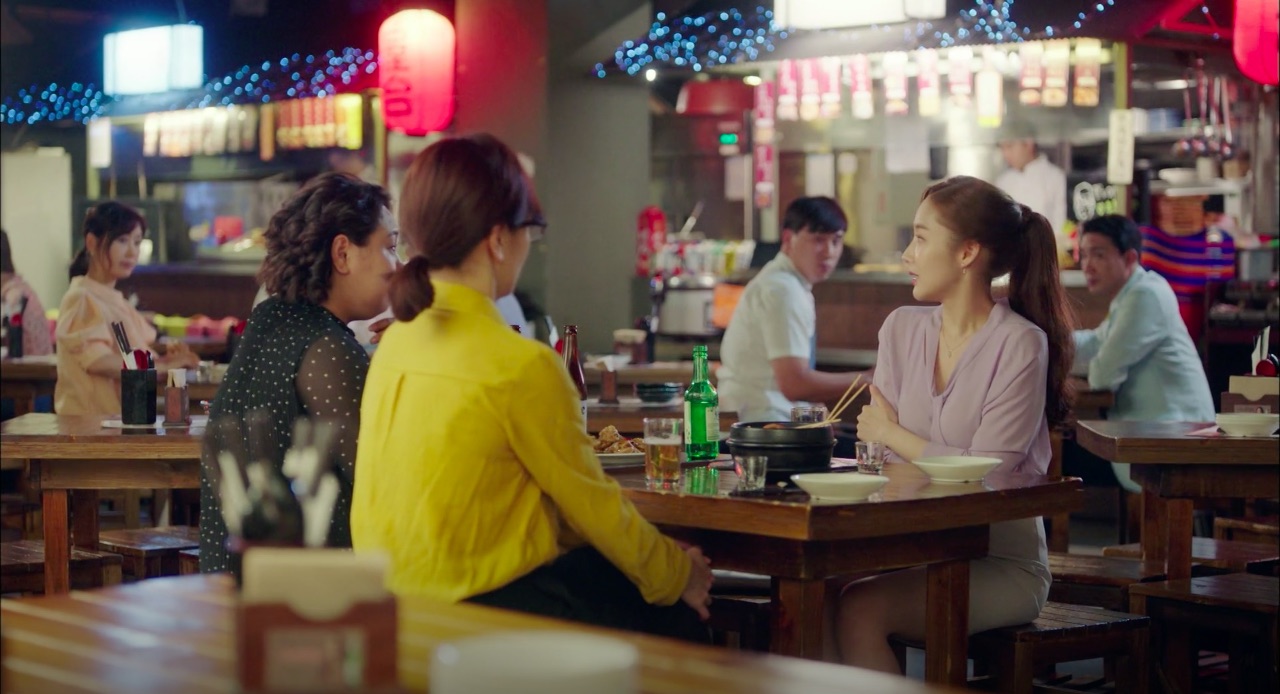 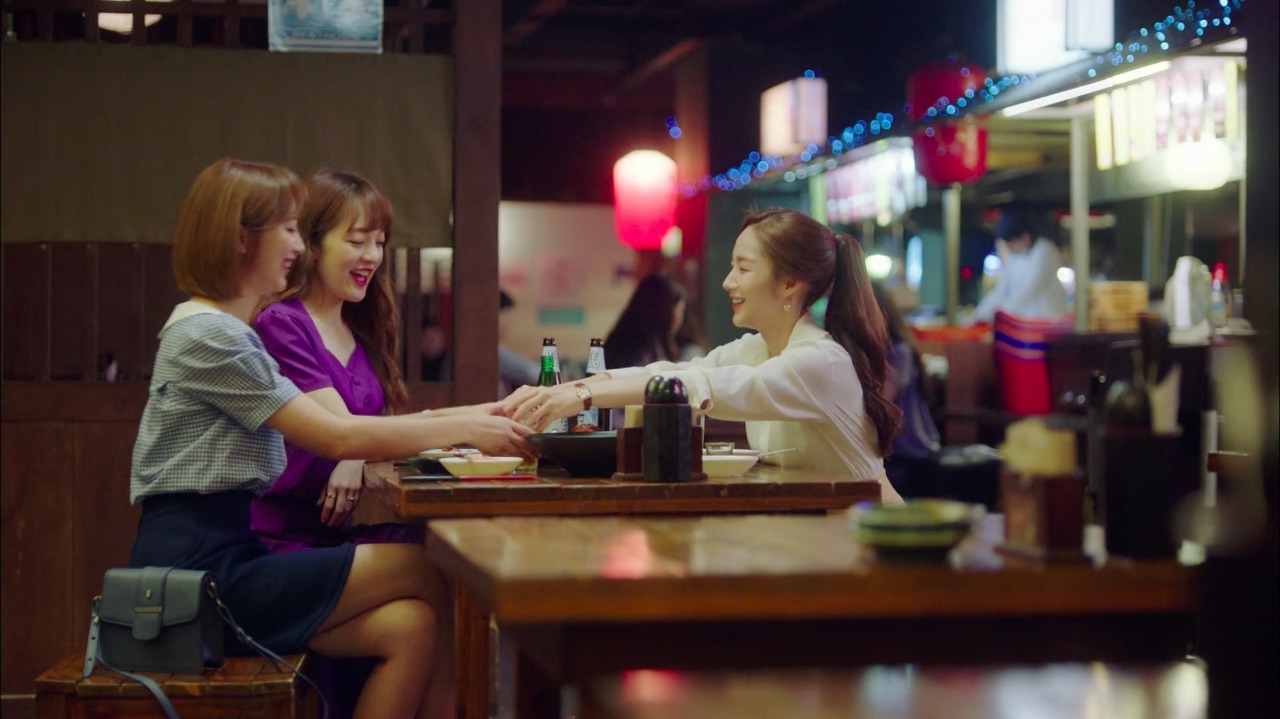 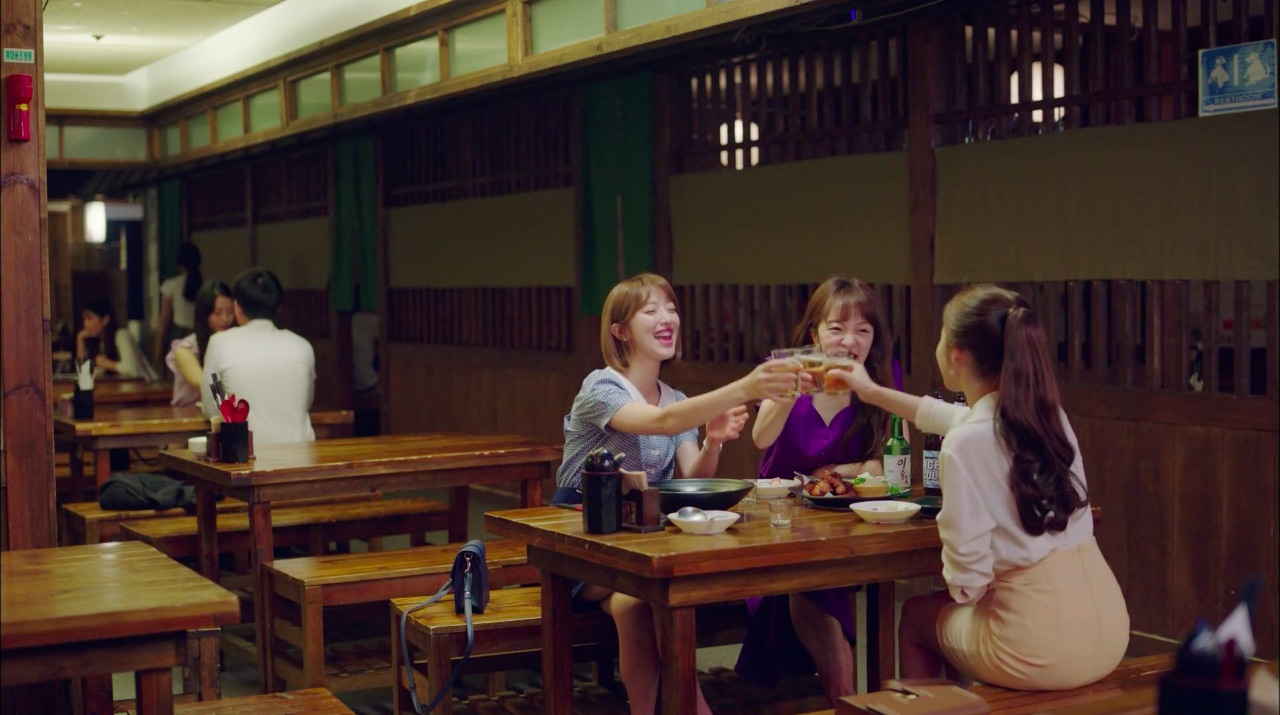 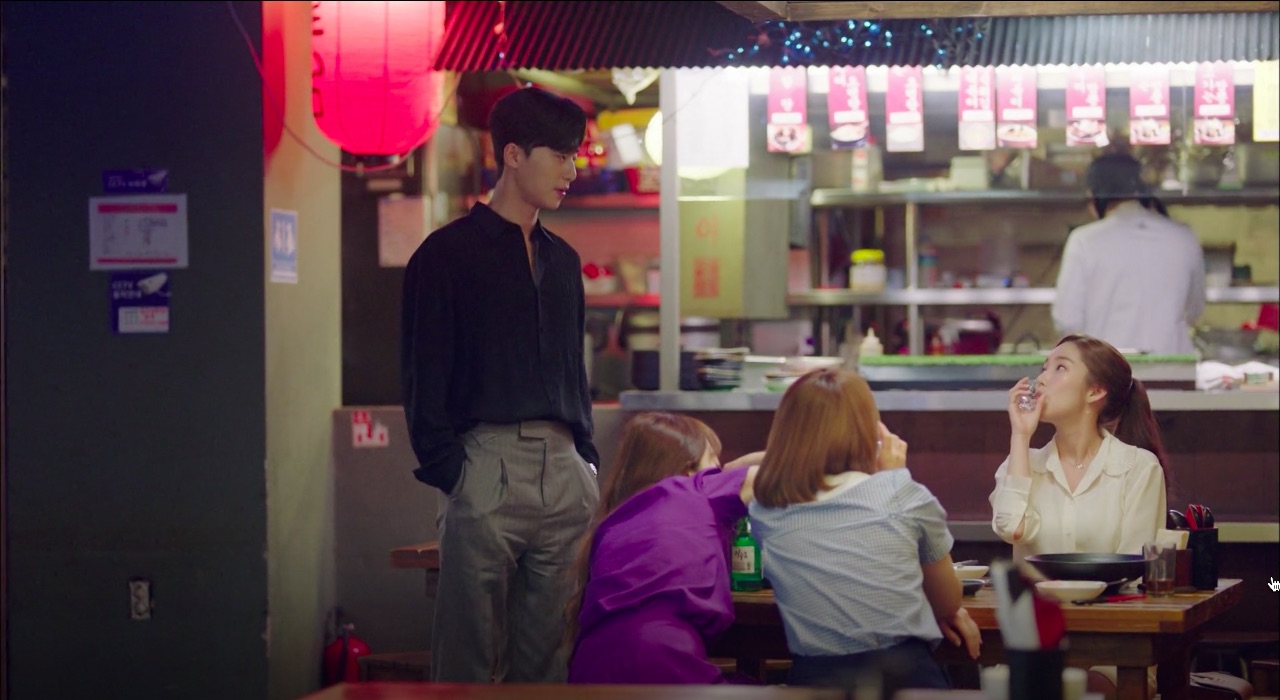 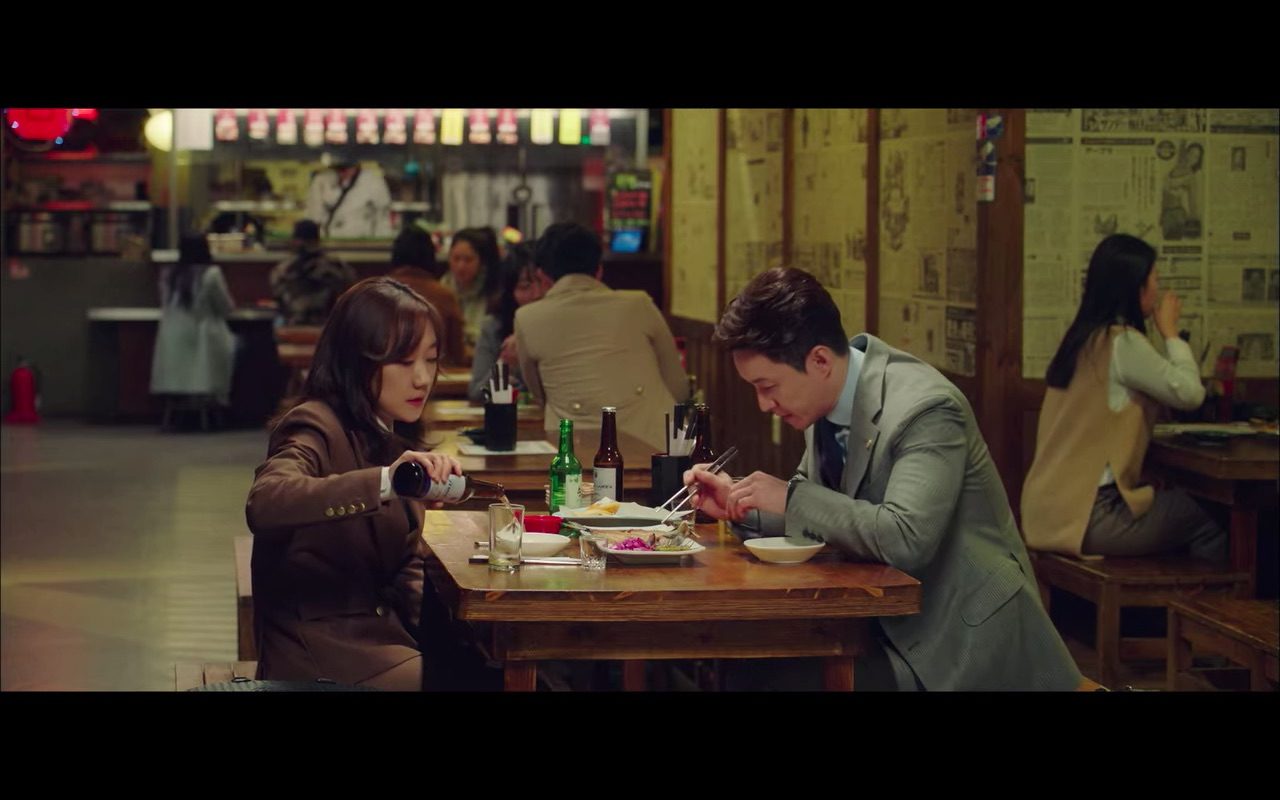 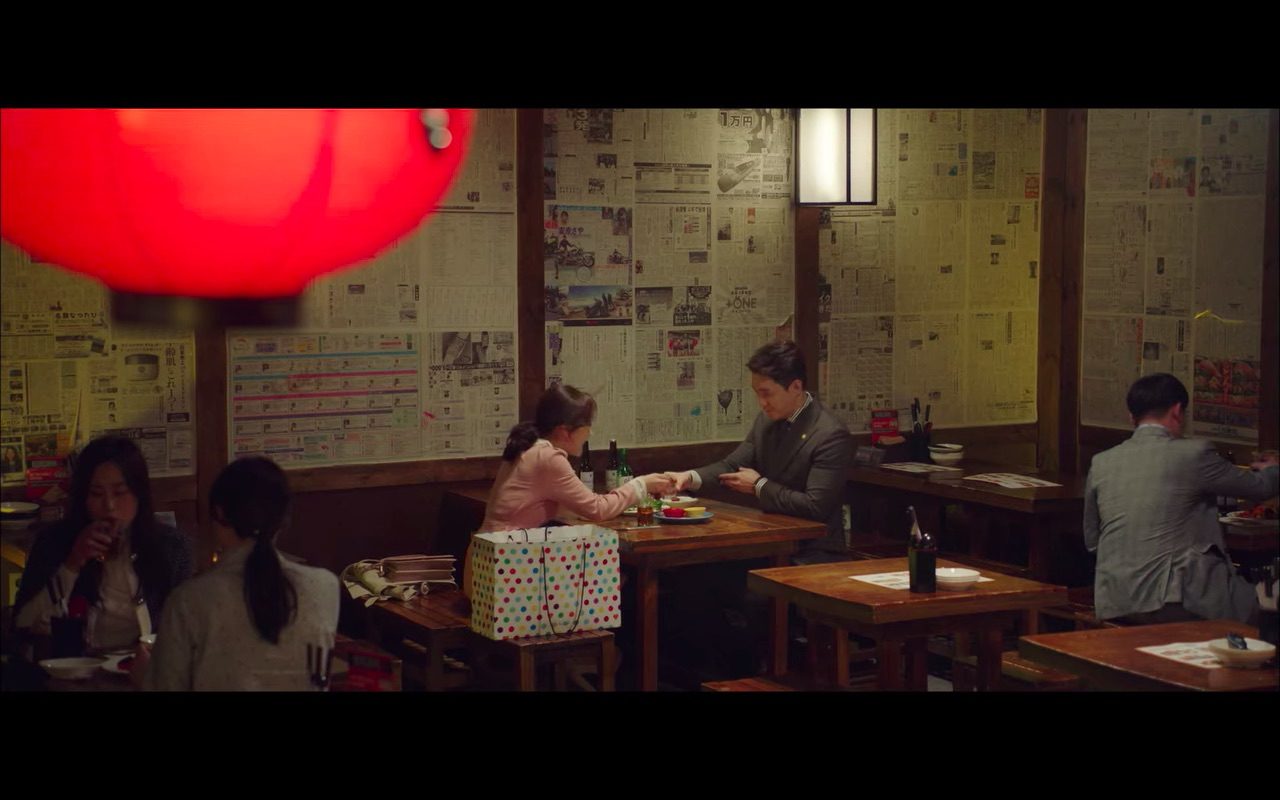 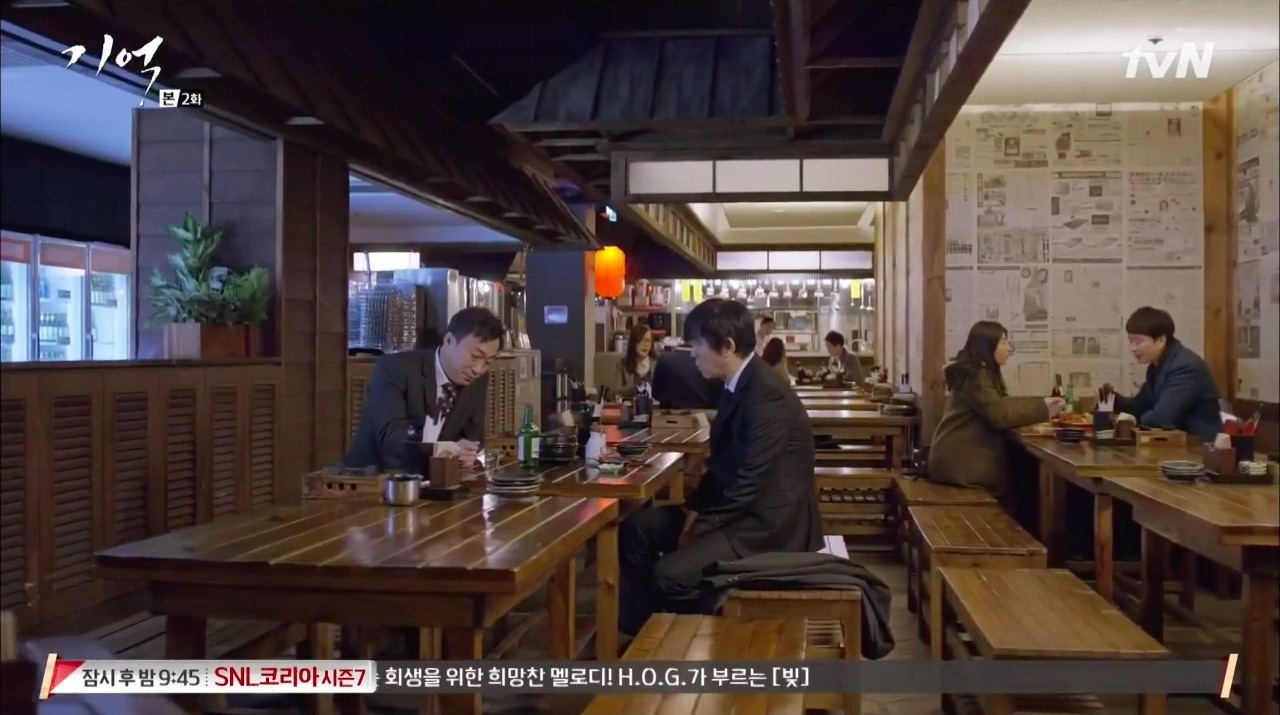 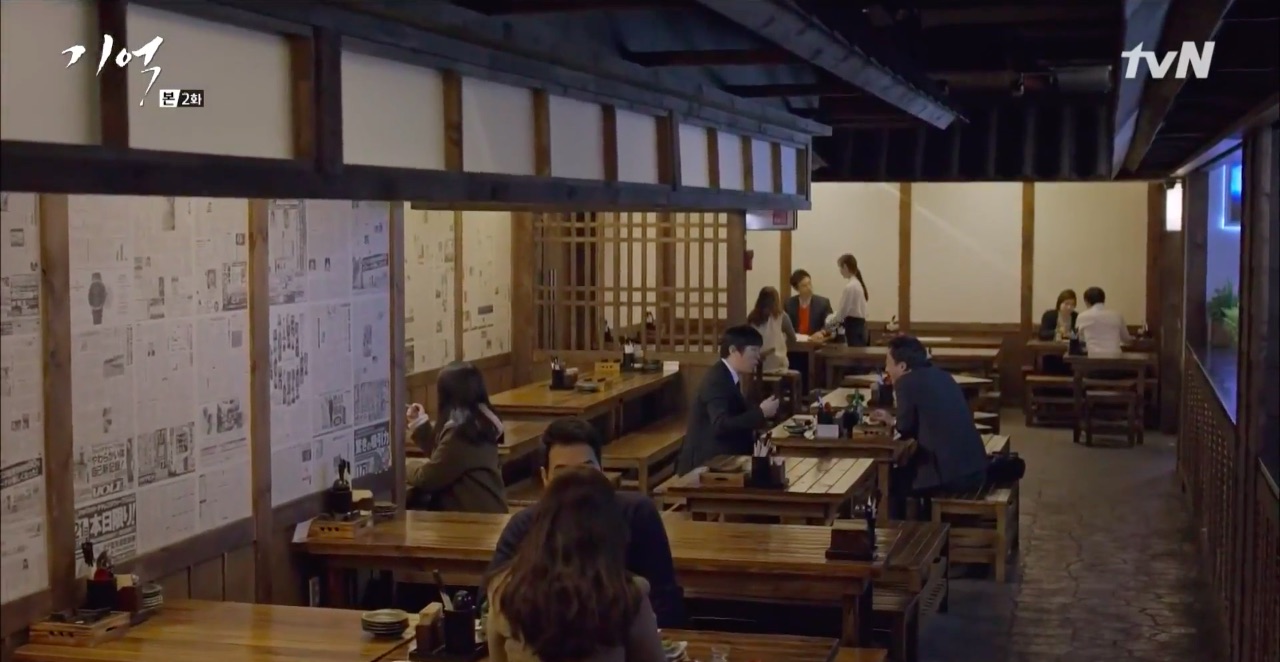 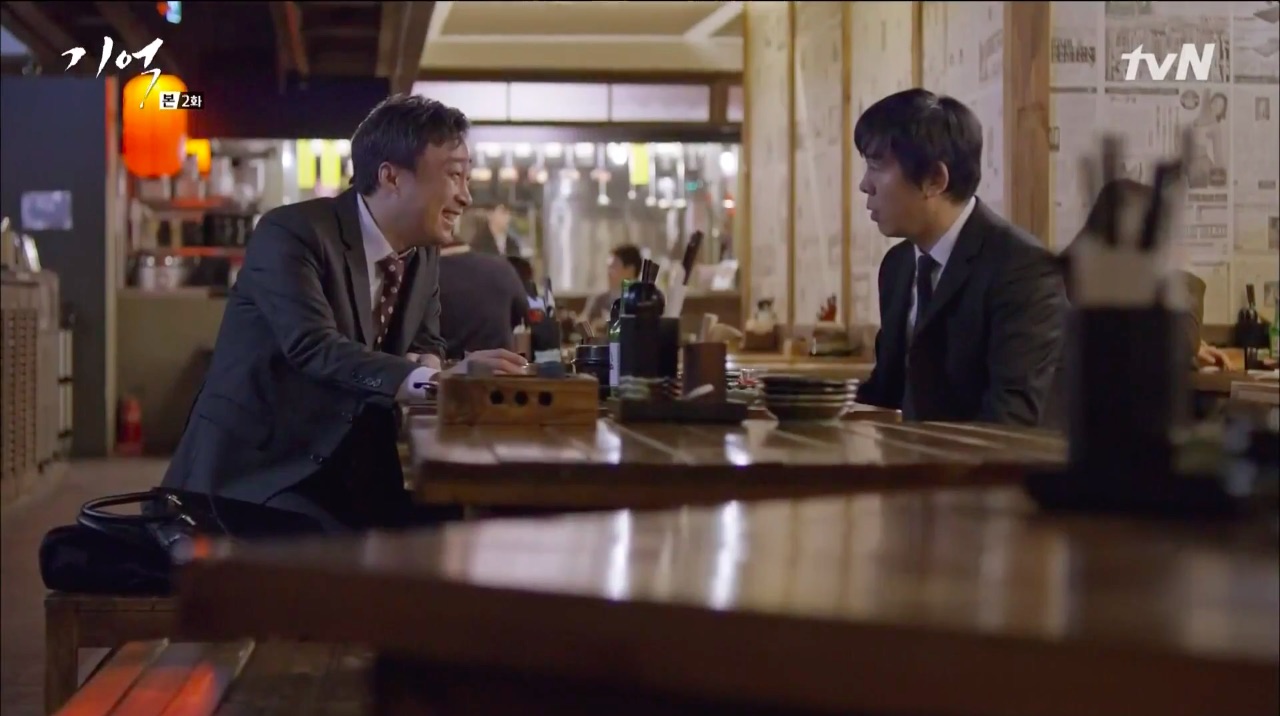 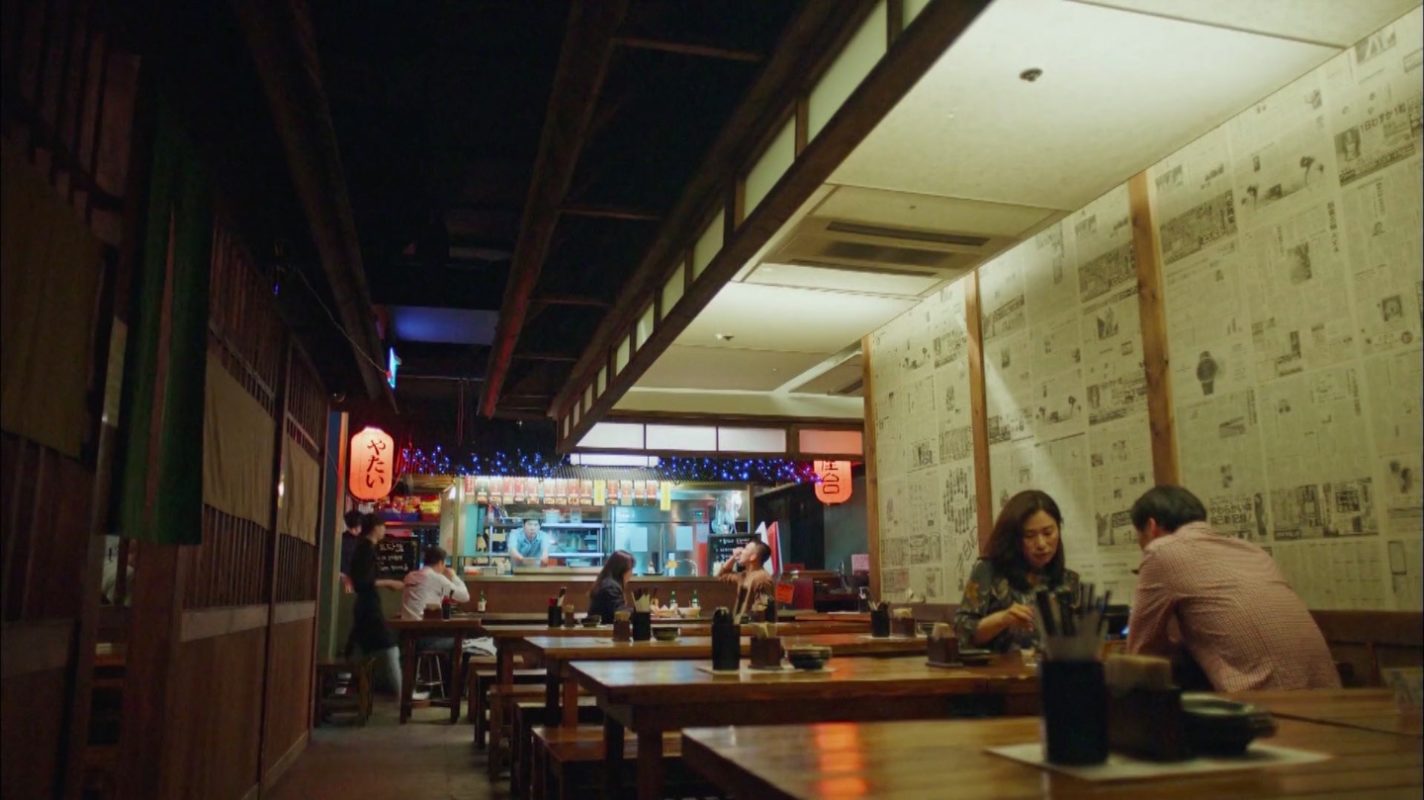 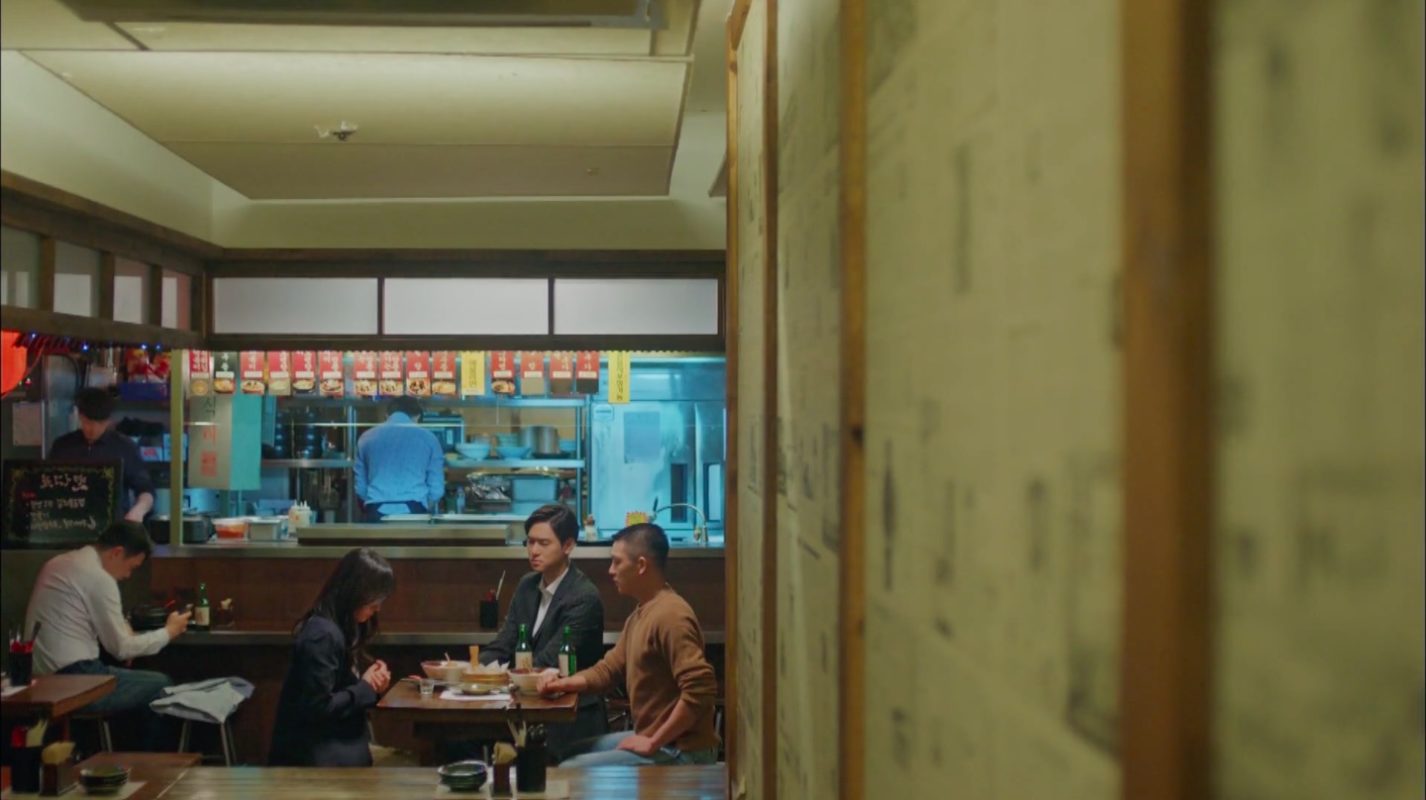 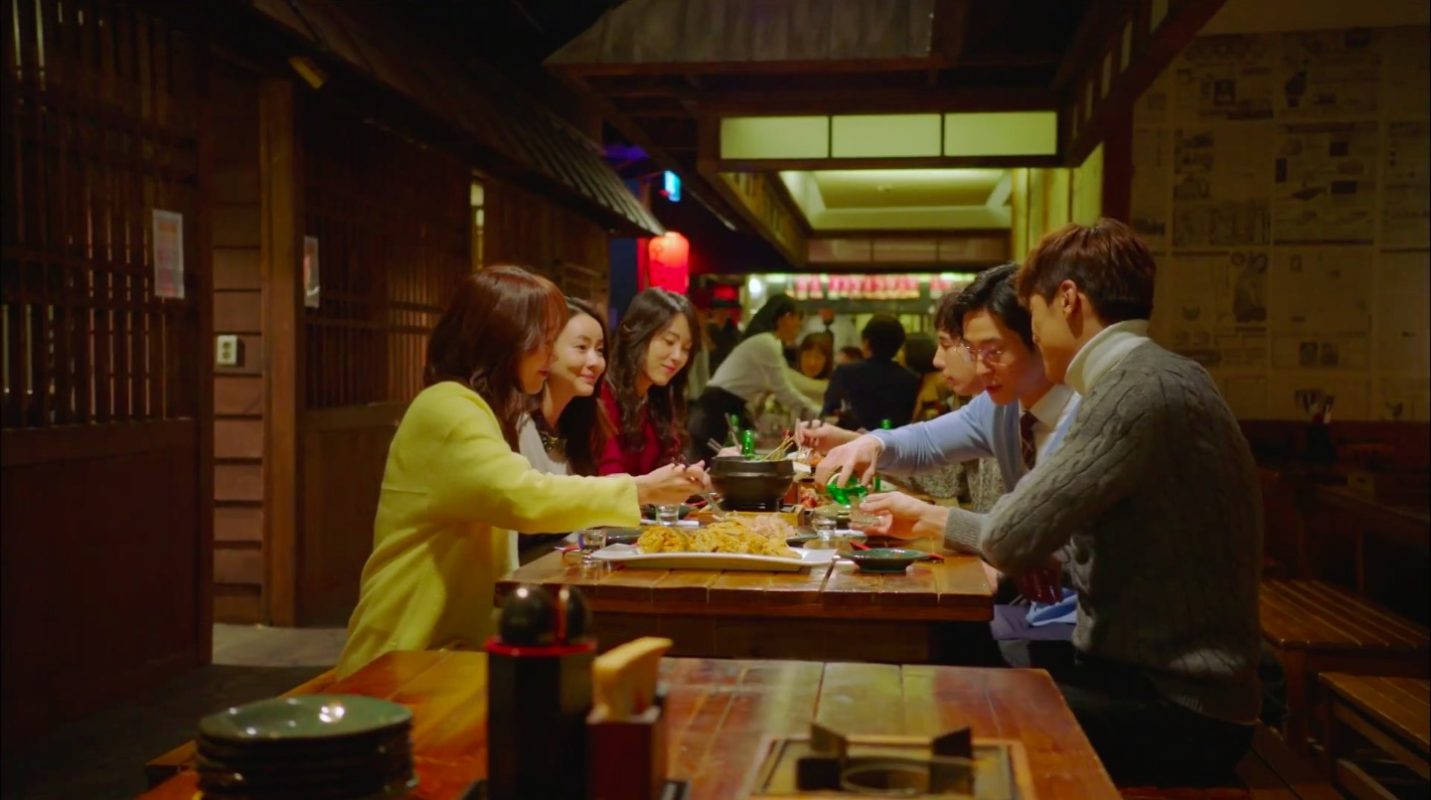 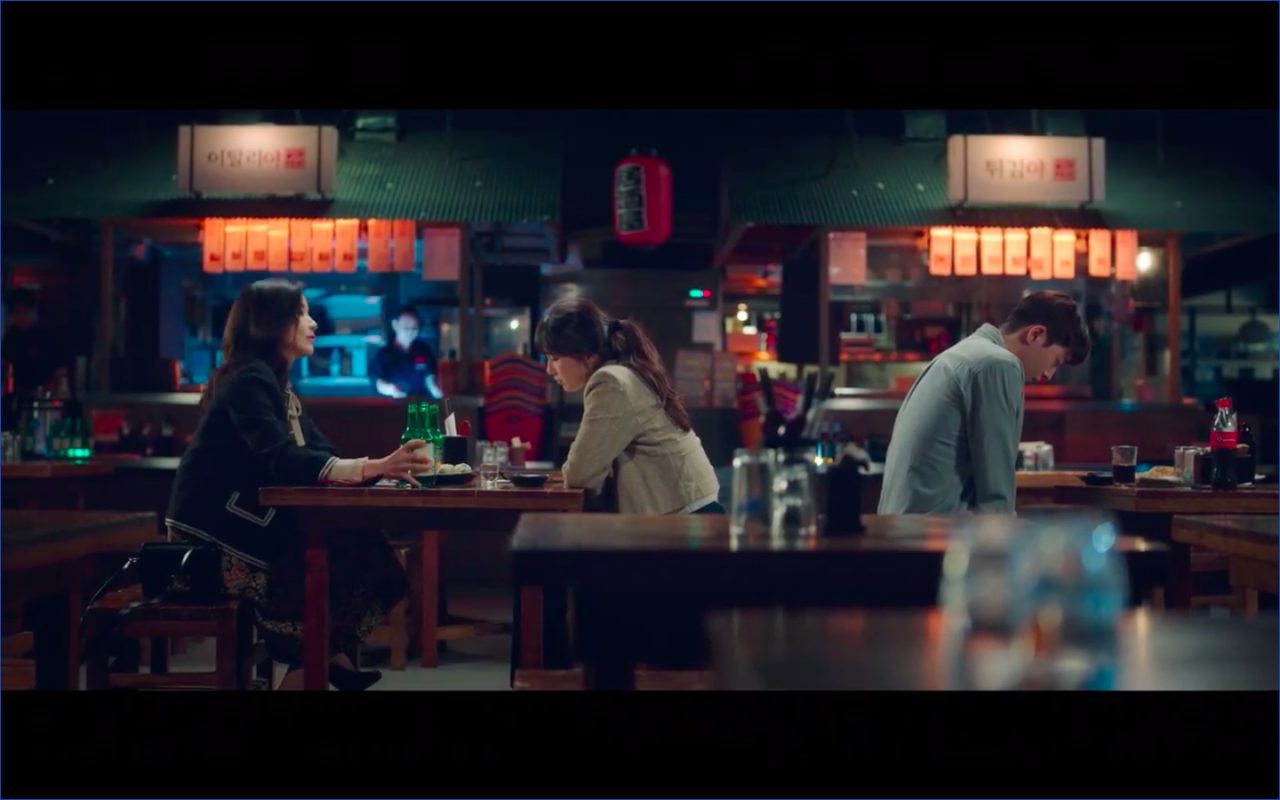 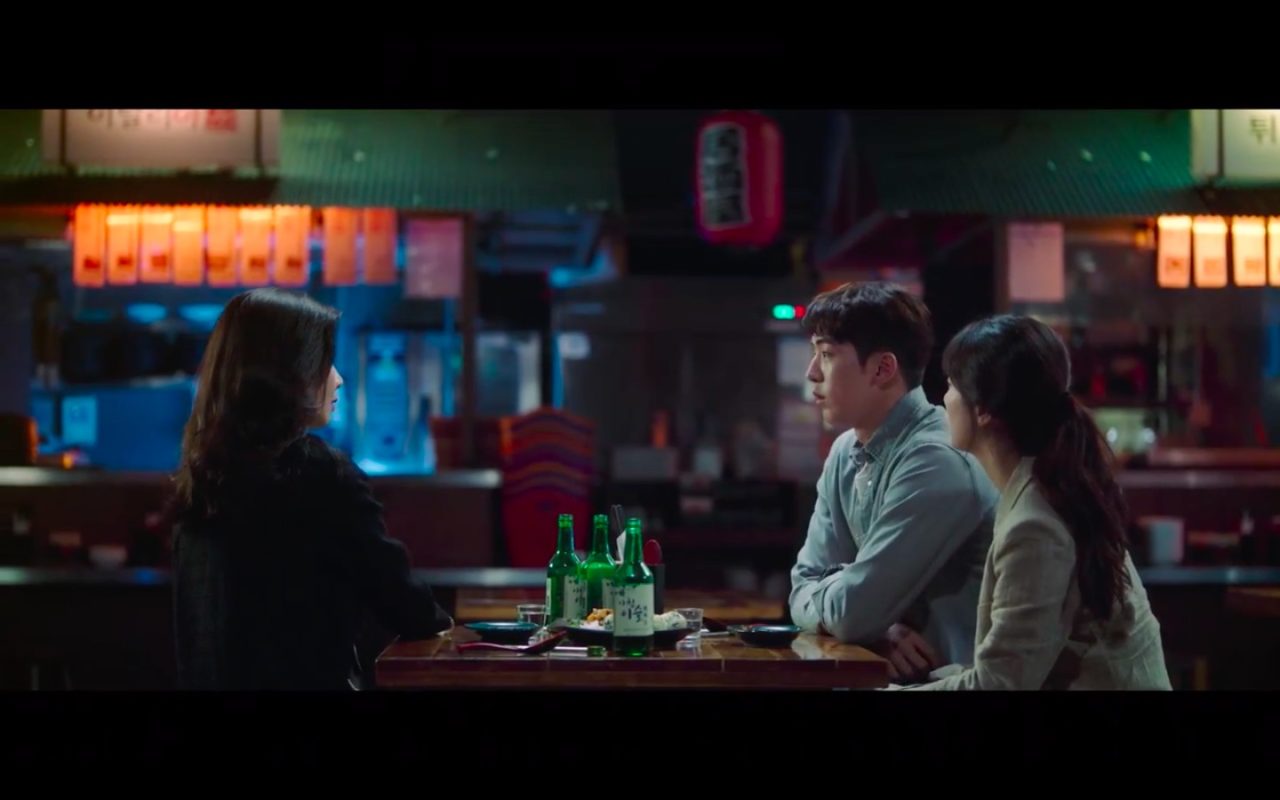 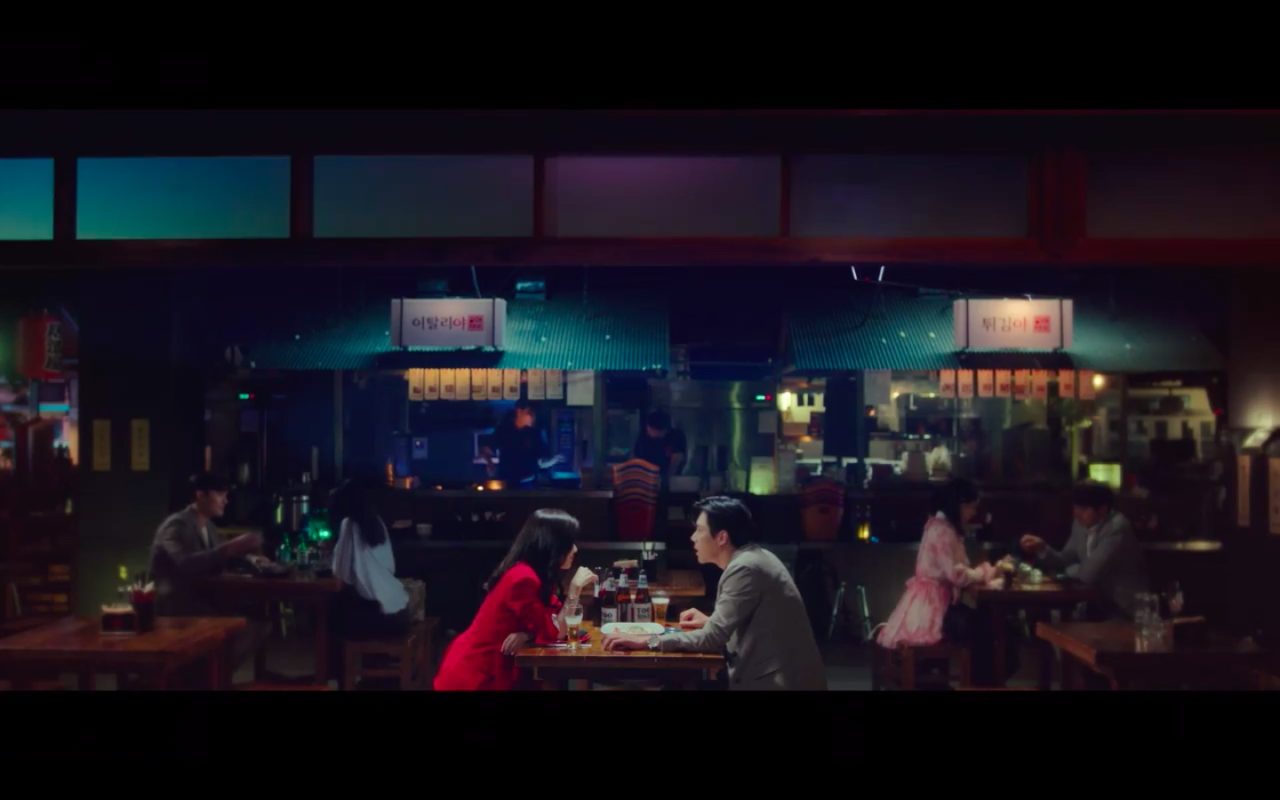 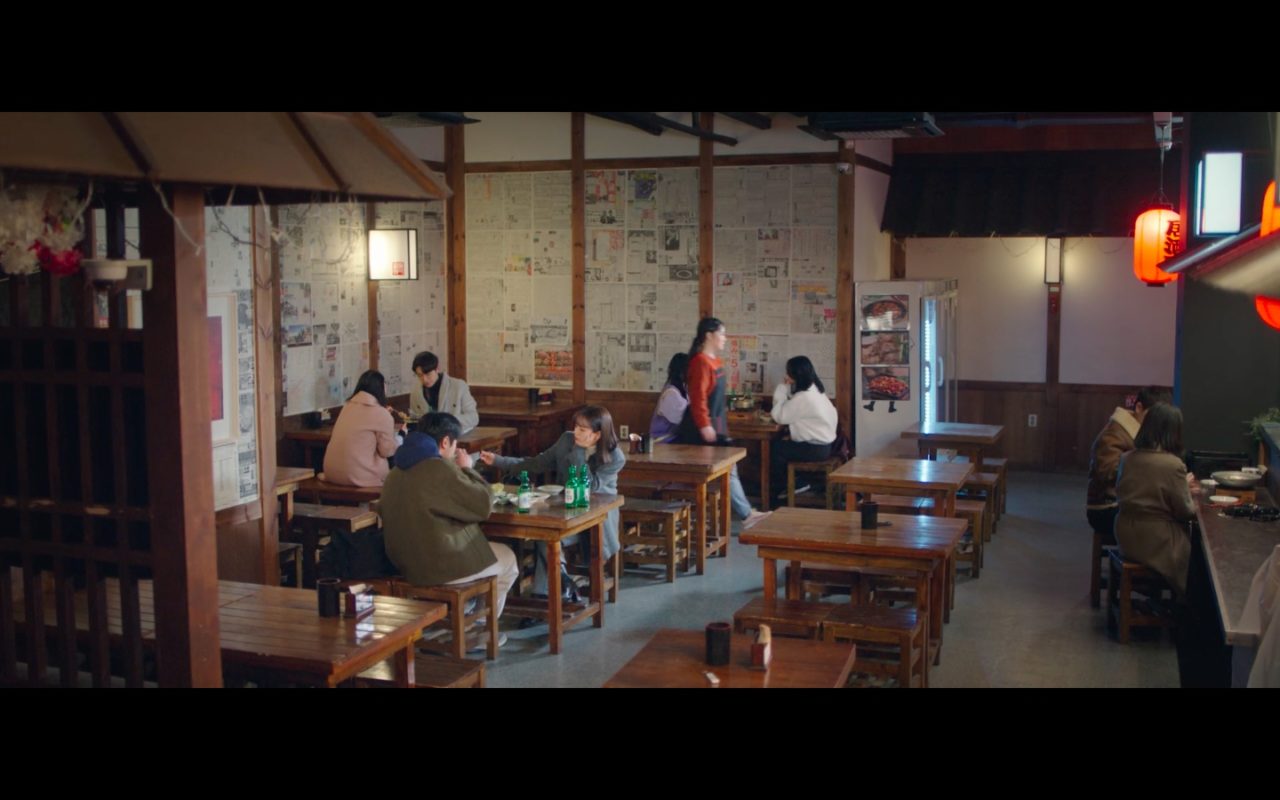 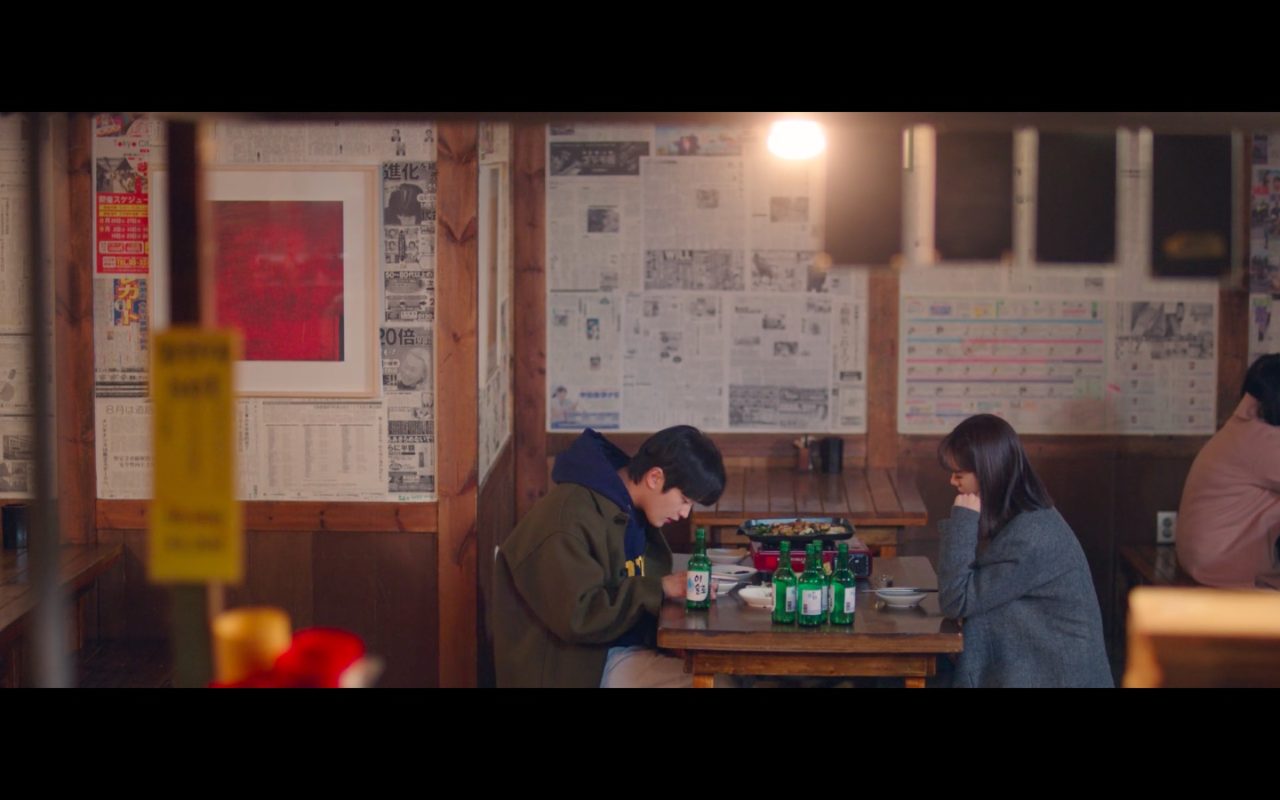 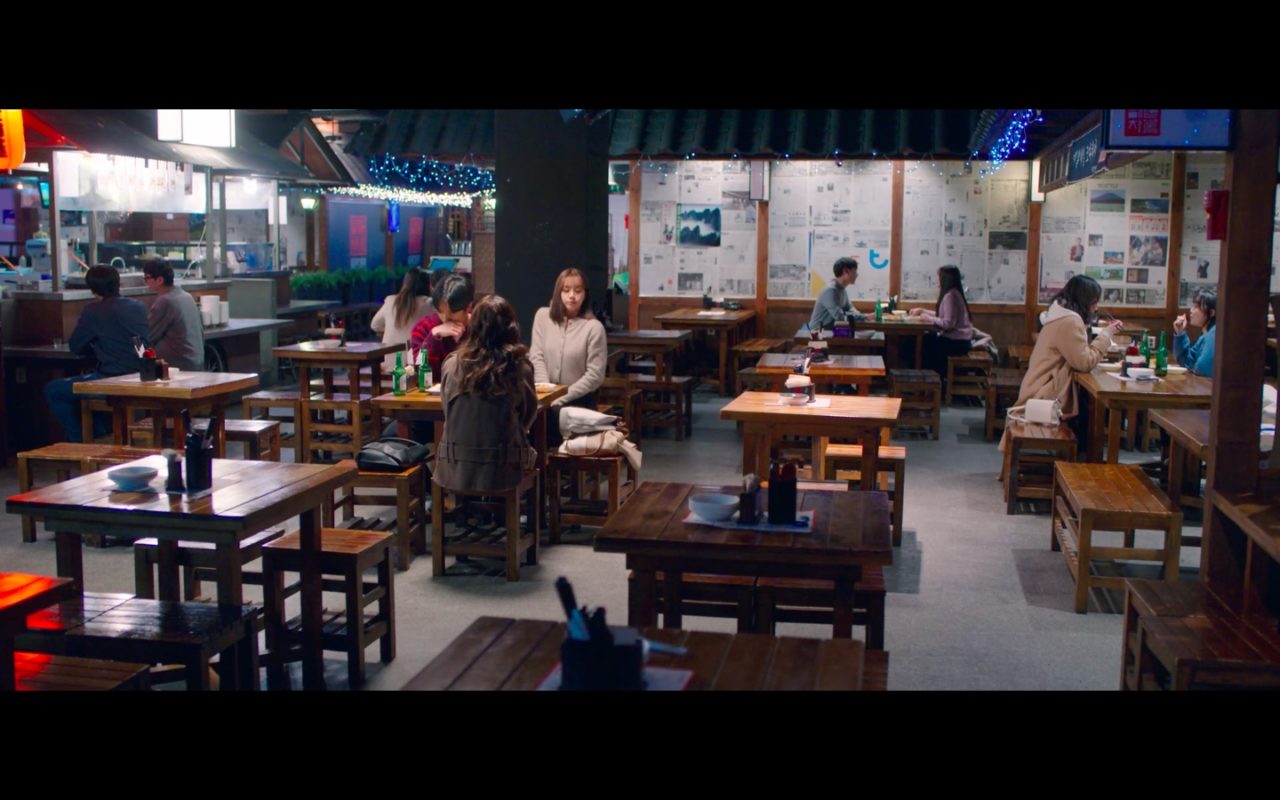 The friends and other characters of My Roommate Is A Gumiho/Frightening Cohabitation (간 떨어지는 동거) (tvN, 2021) meet up here when they need a drink or have a heart-to-heart talk with each other — as seen in episode 8 onwards.

Seo Dal-mi (Bae Suzy) comes here in episode 10 of Start-Up (스타트업) (tvN/Netflix, 2020), wanting to get a drink, when a stranger (special cameo by Lee Bo-young) asks to share the table. Nam Do-san (Nam Joo-hyuk) comes along after, and eavesdrops on an eventually-tipsy Dal-mi pouring out her story to the stranger. Do-san intervenes when the stranger earnestly advises Dal-mi to seek guidance from “the ancestors” for help with her issue. In the epilogue, Han Ji-pyeong (Kim Seon-ho) comes here for a meal, and also ends up sharing his table with this stranger.

Choi Yoon-hyuk (Shim Hyung-tak) and Dan Moon-hee (Park Kyung-hye) come here together for dinner after work in episode 12 of Touch Your Heart/Reach of Sincerity (진심이 닿다) (tvN, 2019) and Yoon-hyuk falls more and more for her. They return here in episode 13, and Yoon-hyuk begins to feel rather differently for her — saying that even after close to a month of dating, she did not move his heart. This disappoints Moon-hee to no end.

Kim Mi-so (Park Min-young) and her sisters (Baek Eun-Hye and Heo Soon-Mi) meet here in episode 6 of Why Secretary Kim/What’s Wrong With Secretary Kim (김비서가 왜 그럴까) (tvN, 2018), where she indirectly speaks about the disastrous almost-kiss she had with Lee Young-Joon (Park Seo-Joon) just before. Mi-so returns here in episode 15 with Bong Se-ra (Hwang Bo-ra) and Kim Ji-ah (Pyo Ye-jin) for dinner and the trio have a tad too much to drink. Young-joon calls Mi-so and the other ladies pick up while she’s in the washroom, asking him to come over. When he arrives, a very sober Young-joon is slightly mortified when he sees how wasted the trio has become — including Mi-so.

The men of Because This Is My First Life/This Life Is Our First (이번 생은 처음이라) (tvN, 2017) come here multiple times in the series to talk through their respective situations in their lives, with each other. For example, Won-seok (Kim Min-seok) comes here to drink with Ma Sang-goo (Park Byung-eun) in episode 5, in order to deduce what happened between him and Ho-rang (Kim Ga-eun). Though Sang-goo had initially suggested that she’d expected a proposal instead of a sofa, the men eventually realised that she may have been unhappy with the display set that Won-seok got her. Later in the series, Sang-goo also comes here with Nam Se-hee (Kim Min-ki).

Park Tae-seok (Lee Sung-min) comes here for a drink with his doctor and friend, Joo Jae-min (Choi Duk-moon), in episode 2 of Memory (기억) (tvN, 2016), and brings up his Alzheimer’s diagnosis.

Kodachaya [코다차야] is a franchise eatery that’s a cross between an izakaya and pojangmacha, which offers cuisine choices like Korean and Japanese.