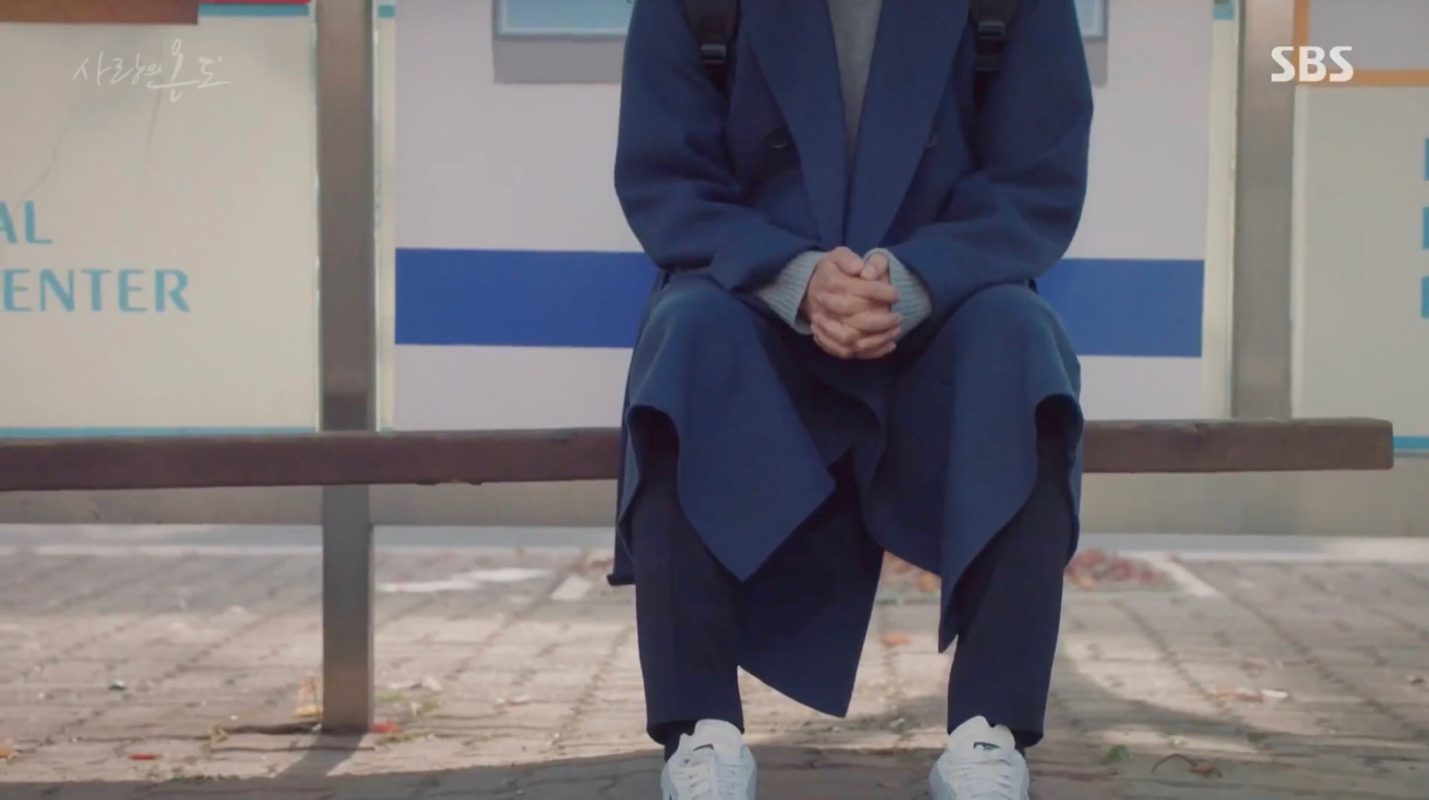 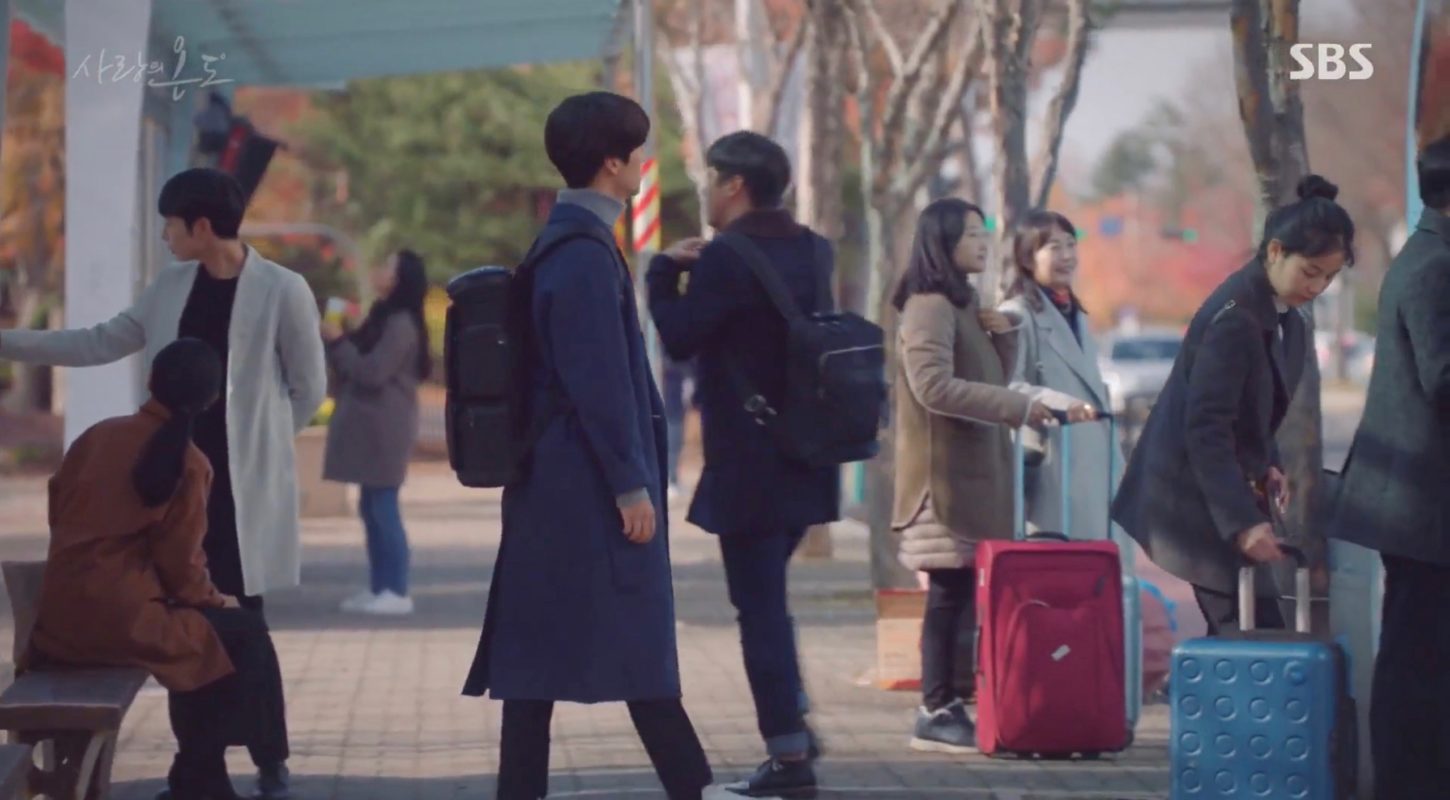 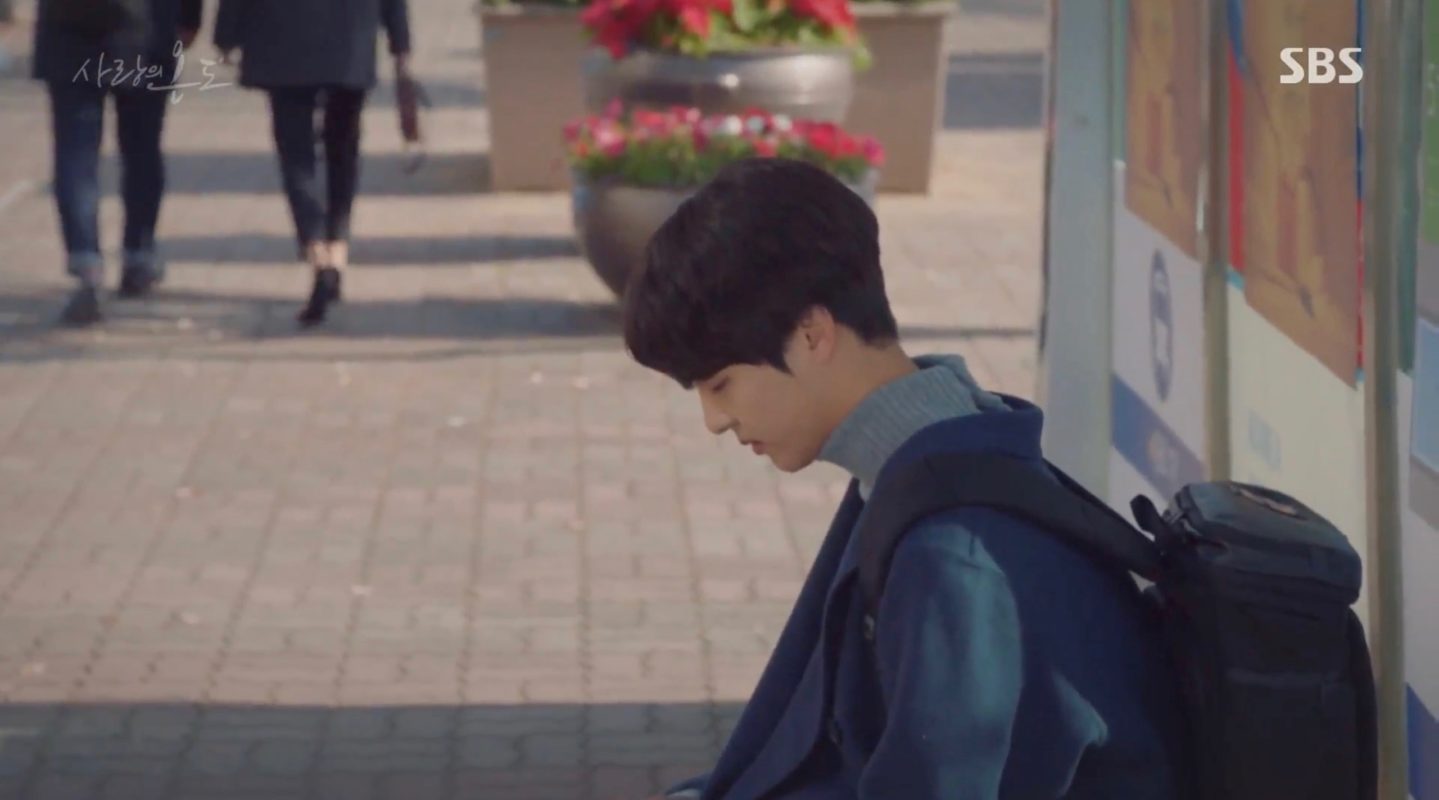 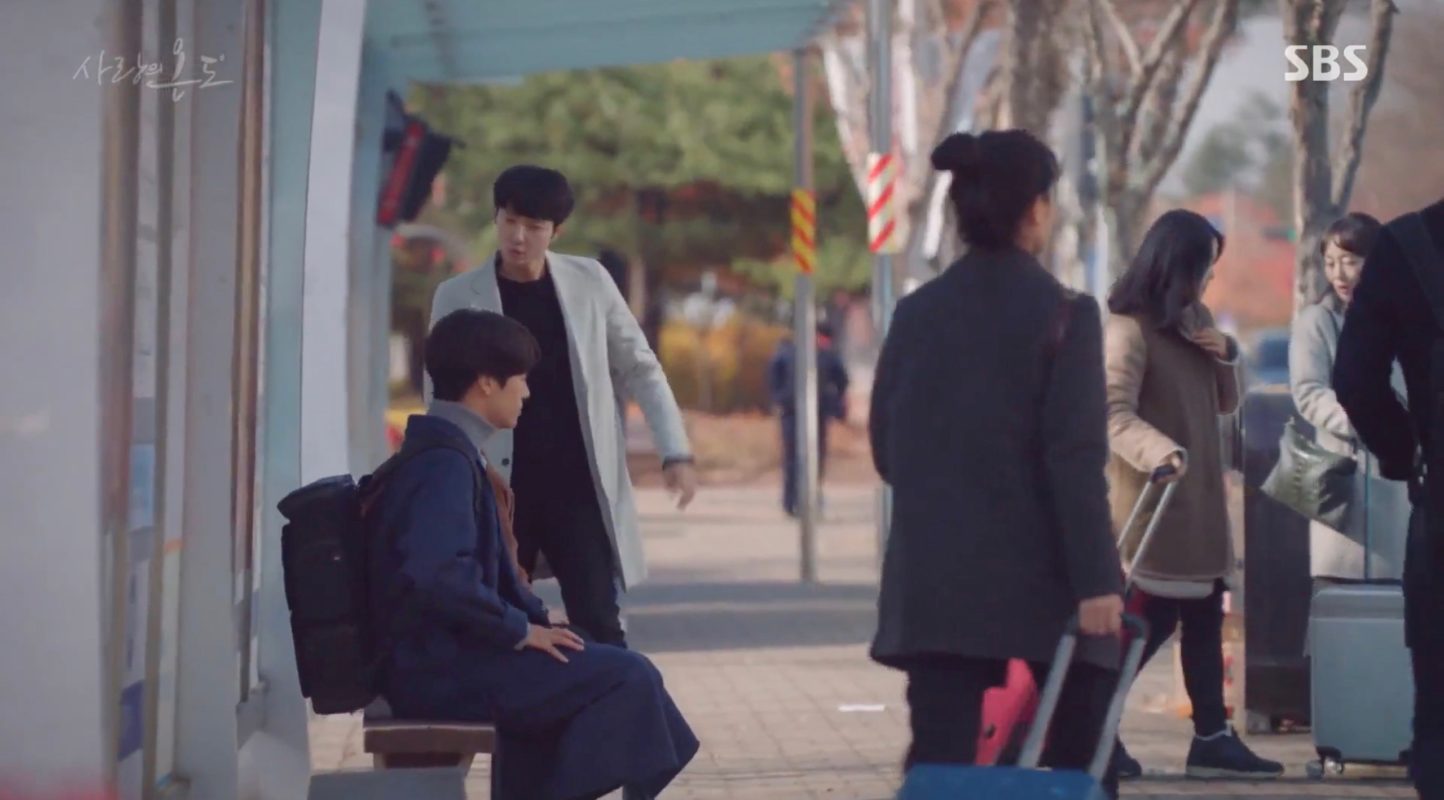 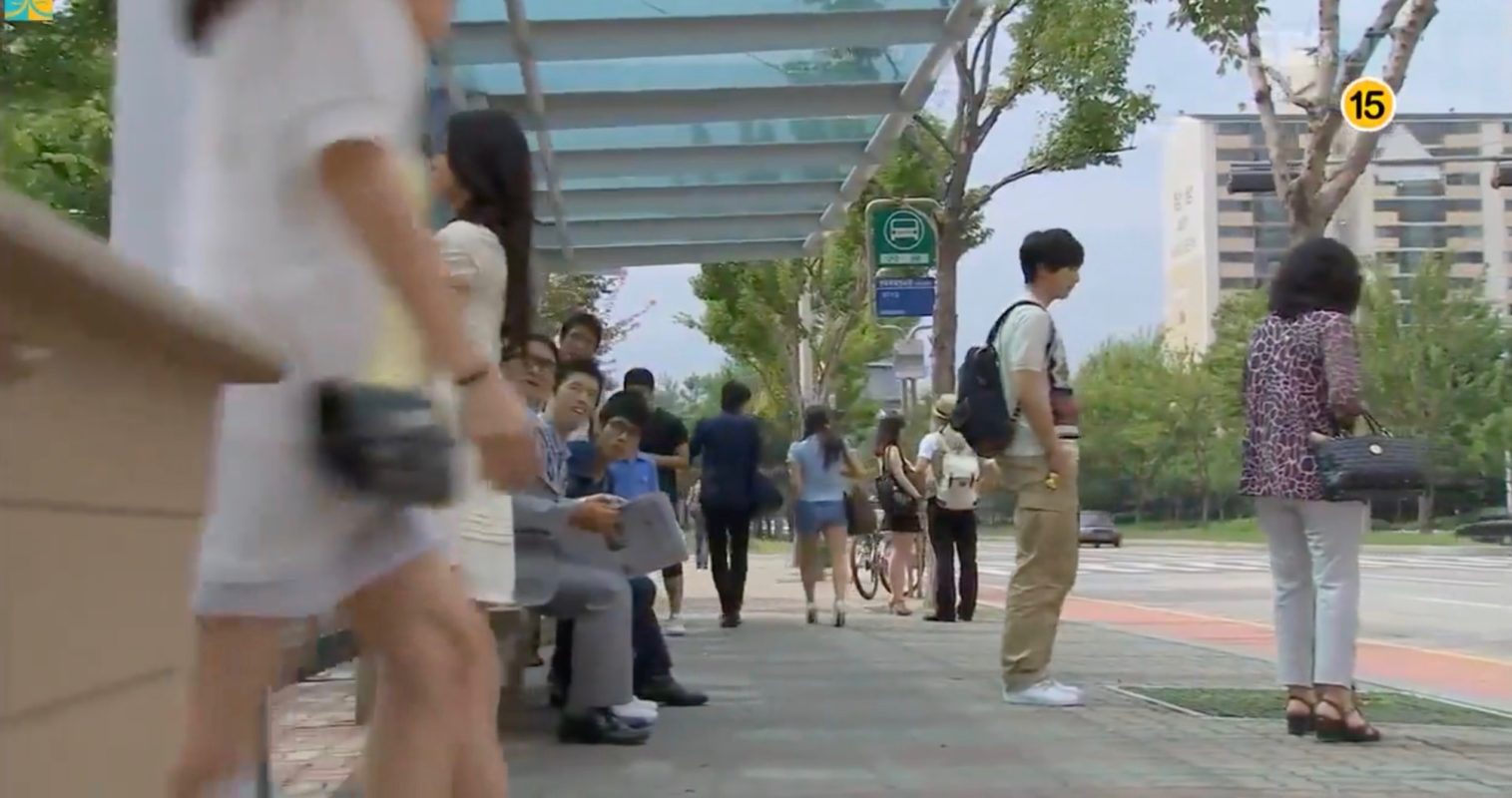 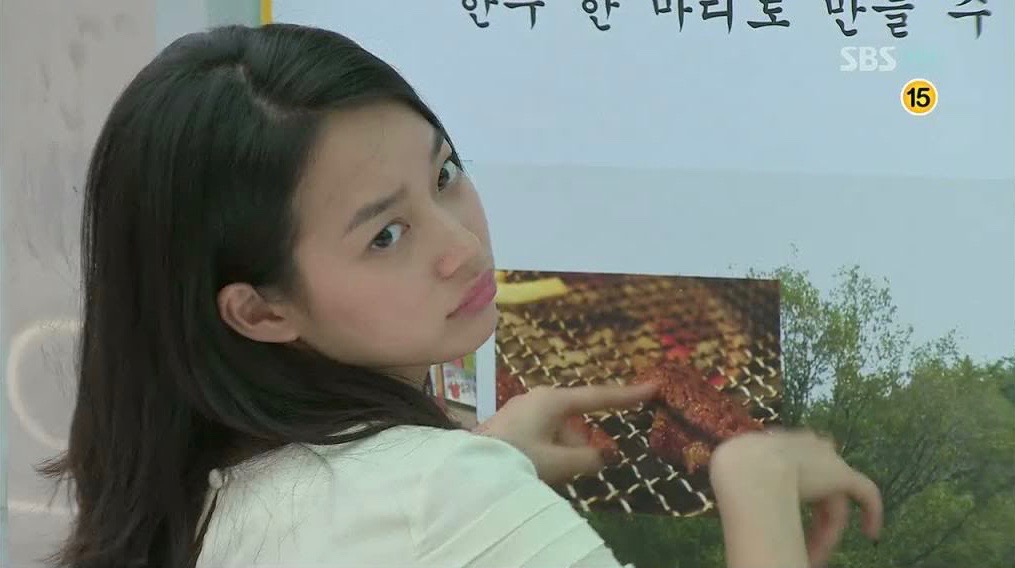 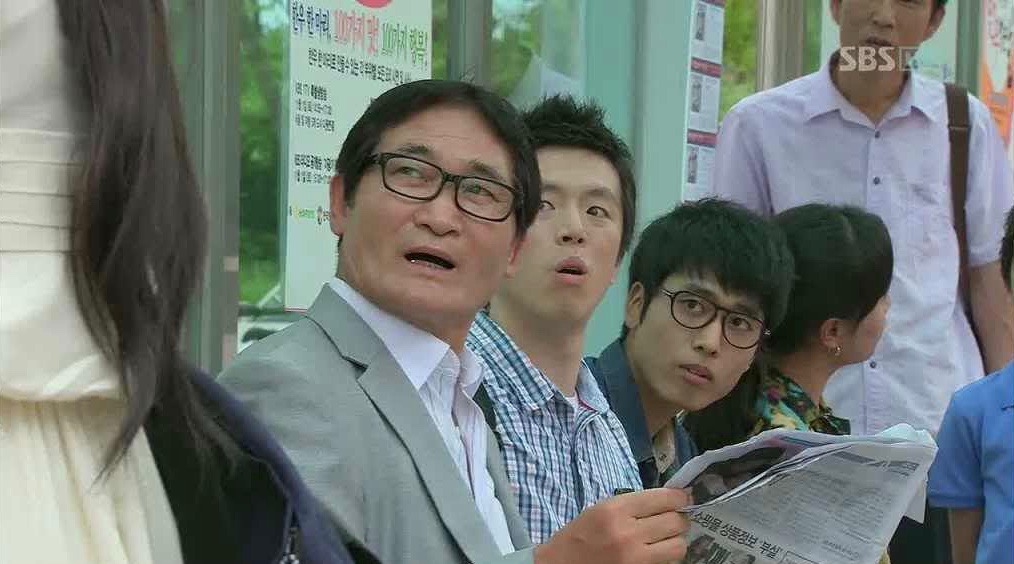 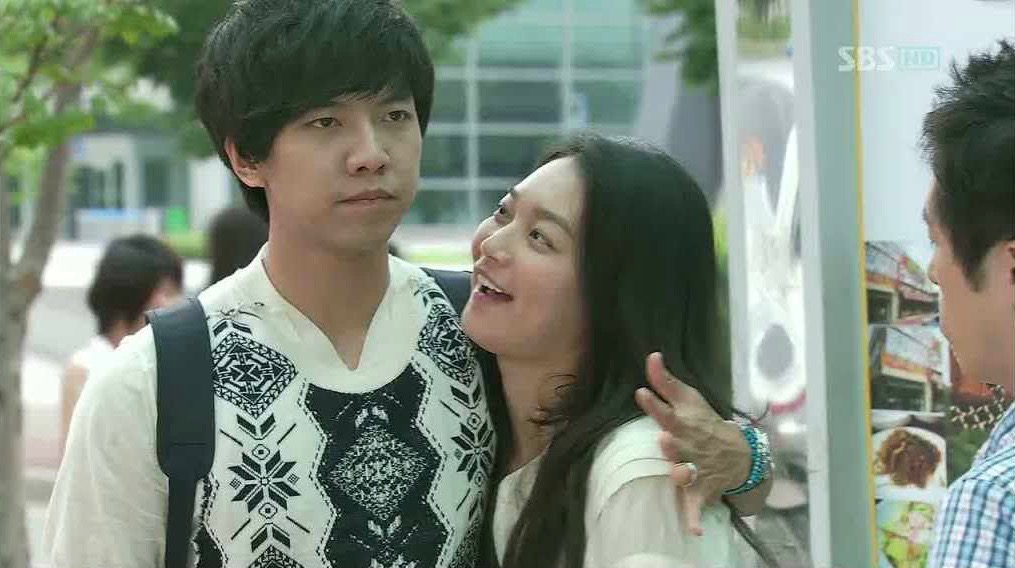 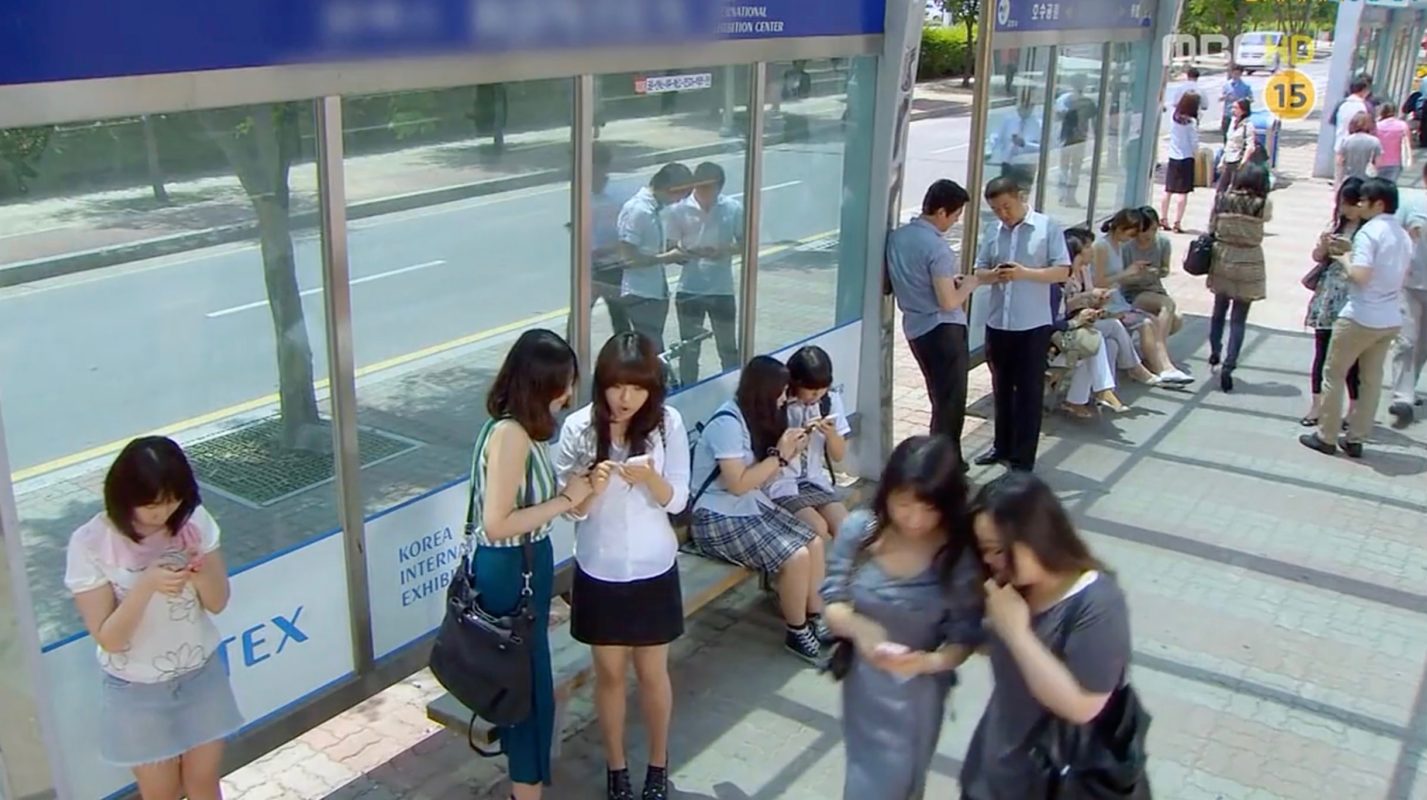 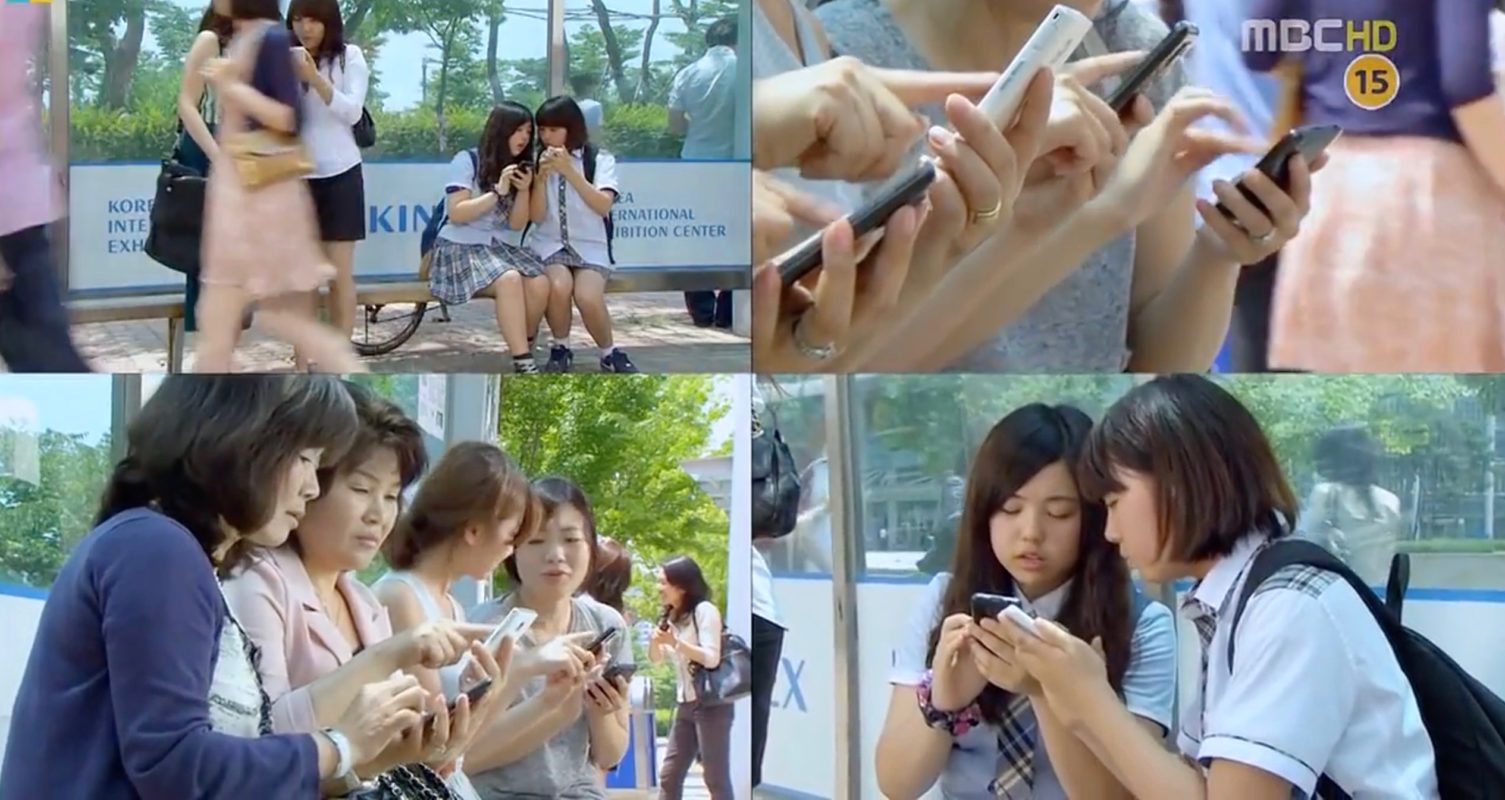 On Jung-sun (Yang Se-jong) is about to take the bus to the airport from the airport bus stop just next to this station in episode 34 of Temperature of Love (사랑의 온도/愛情的溫度) (SBS, 2017) to leave for Hong Kong. He decides otherwise and runs off to look for Lee Hyun-soo (Seo Hyun-jin).

Cha Dae-woong (Lee Seung-gi) and Gu Mi-ho/Park Seon-ju (Shin Min-ah) wait for their bus at this stop in episode 6 of My Girlfriend is a Gumiho/My Girlfriend is a Nine-Tailed Fox (내 여자친구는 구미호/我的女友是九尾狐) (SBS, 2010) and all other commuters —especially other men— can’t take their eyes off a hungry-looking Mi-ho. When she is approached by one of the men, a jealous Dae-woong puts one arm around her shoulder and shows off his couple ring.

KINTEX Exhibition Hall 1 Bus Stop [킨텍스제1전시장] is located in Goyang’s neighborhood Daehwa [Daehwa-dong/대화동] in the Ilsanseo District [Ilsanseo-gu/일산서구]. As its name states, it serves the convention and exhibition center KINTEX (short for ‘Korea International Exhibition Center’) of which the first building was completed in 2005 and the second in 2011. It is not very far from Hanwha Aqua Planet Ilsan [아쿠아플라넷 일산] and Photo Cafe Kuma’C [쿠마씨] on foot.

— submitted by deanekitty29
— Temperature of Love added by Marion KDL