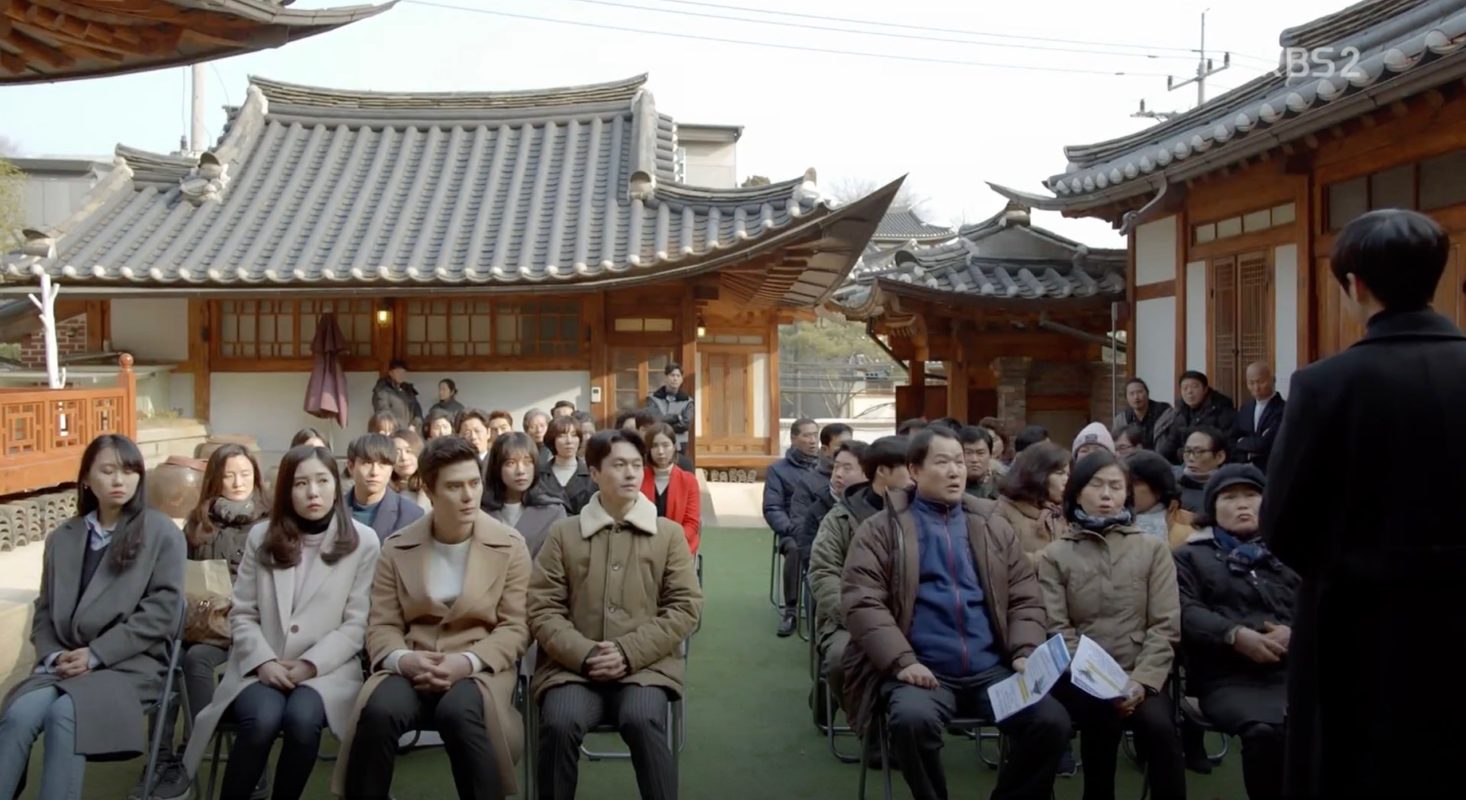 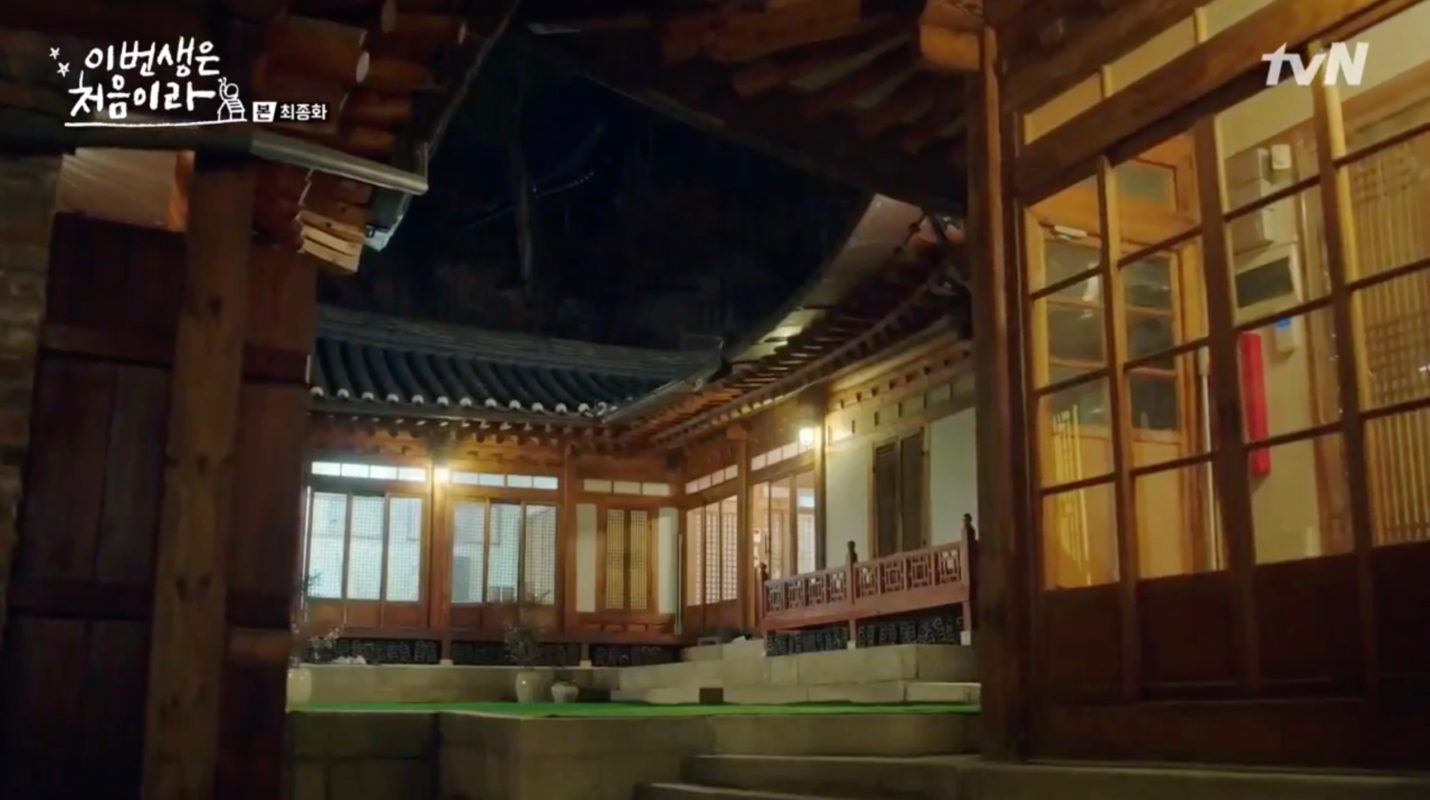 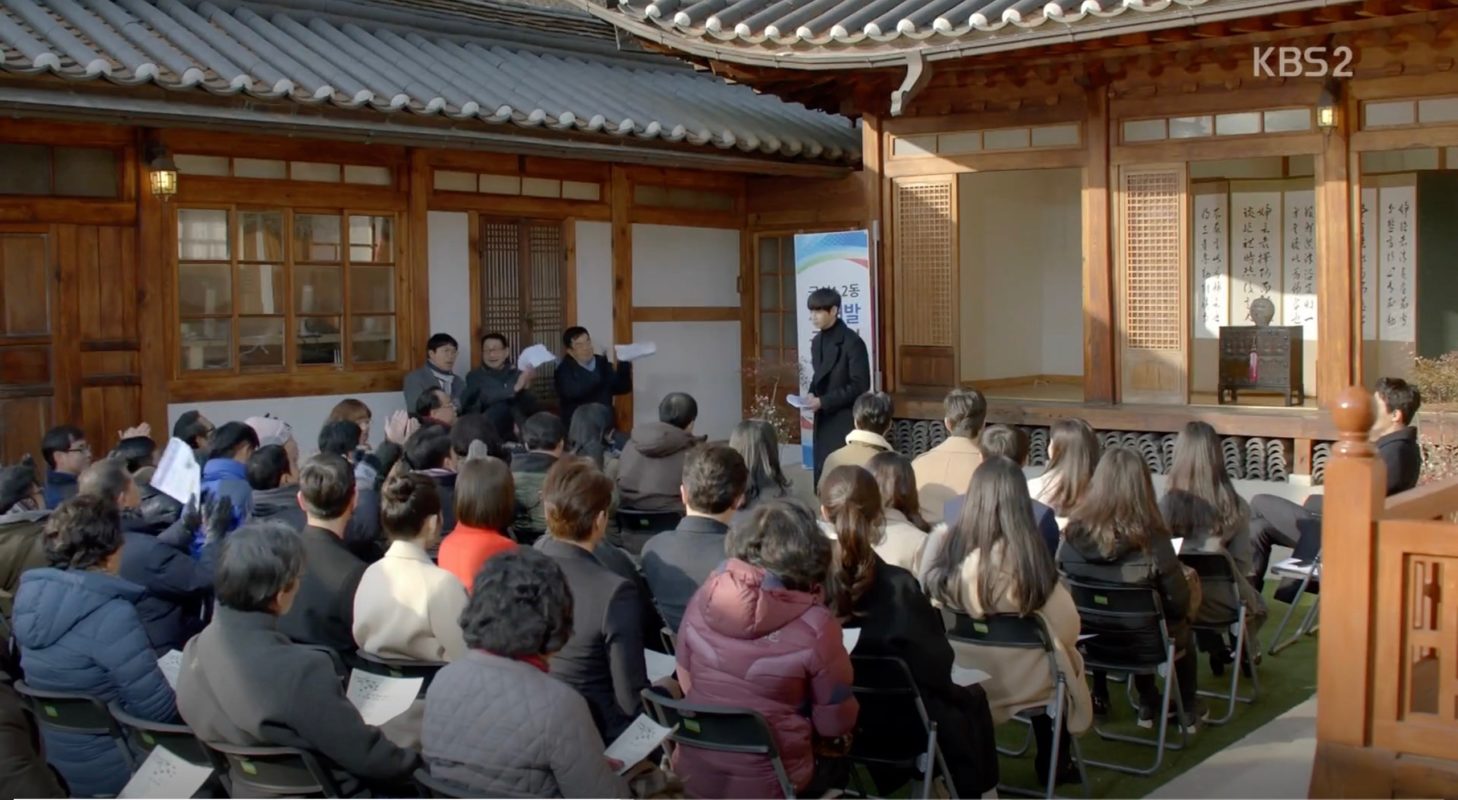 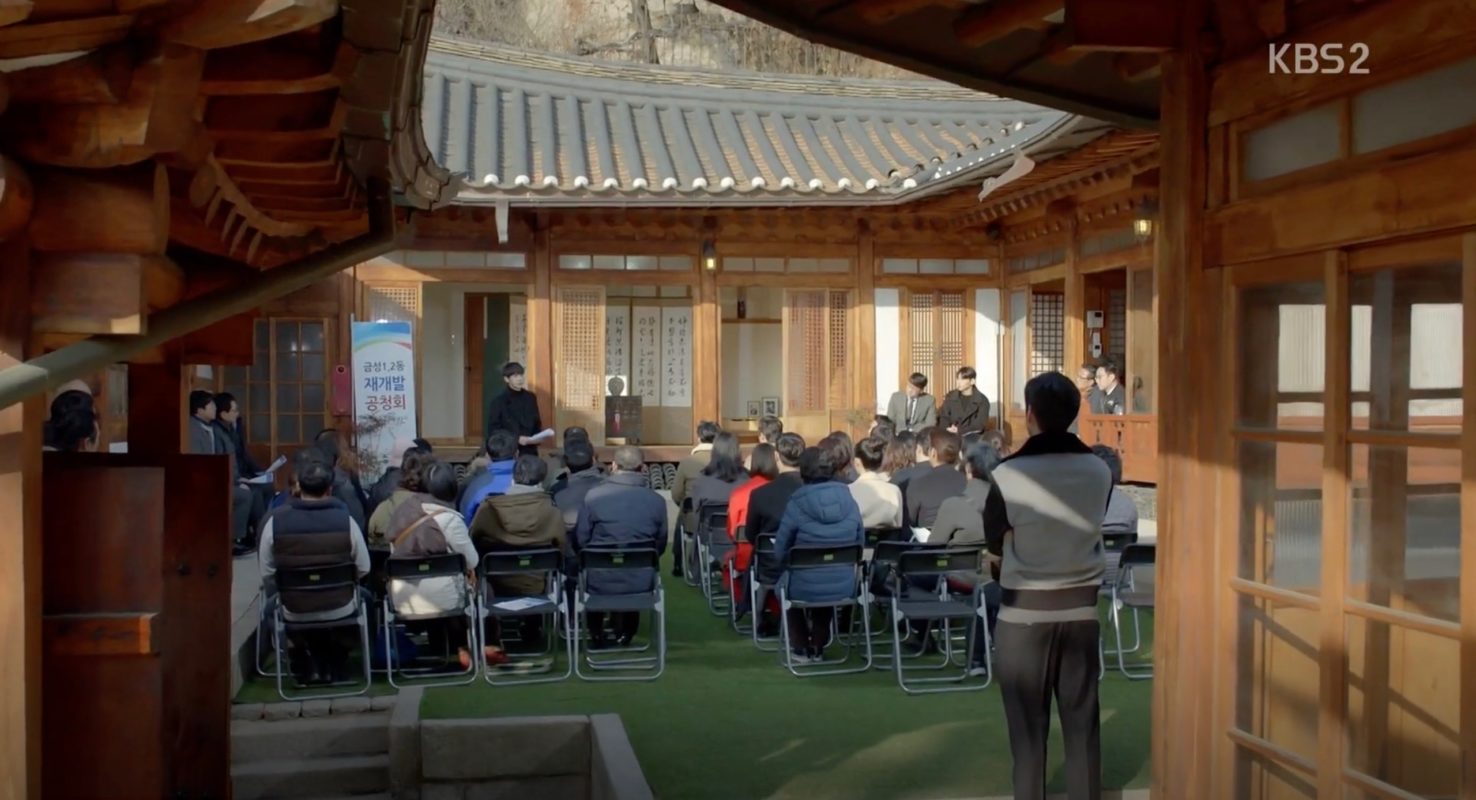 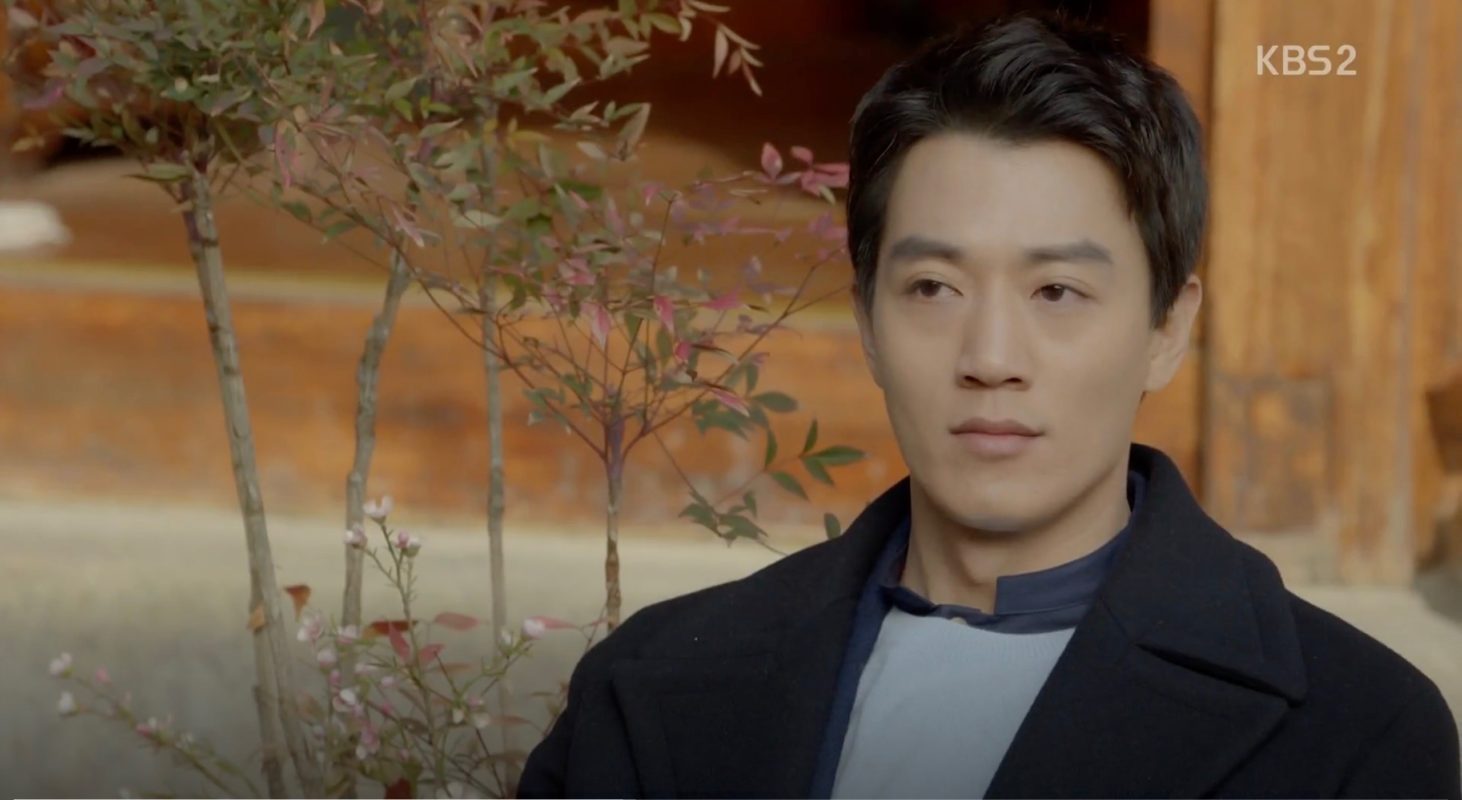 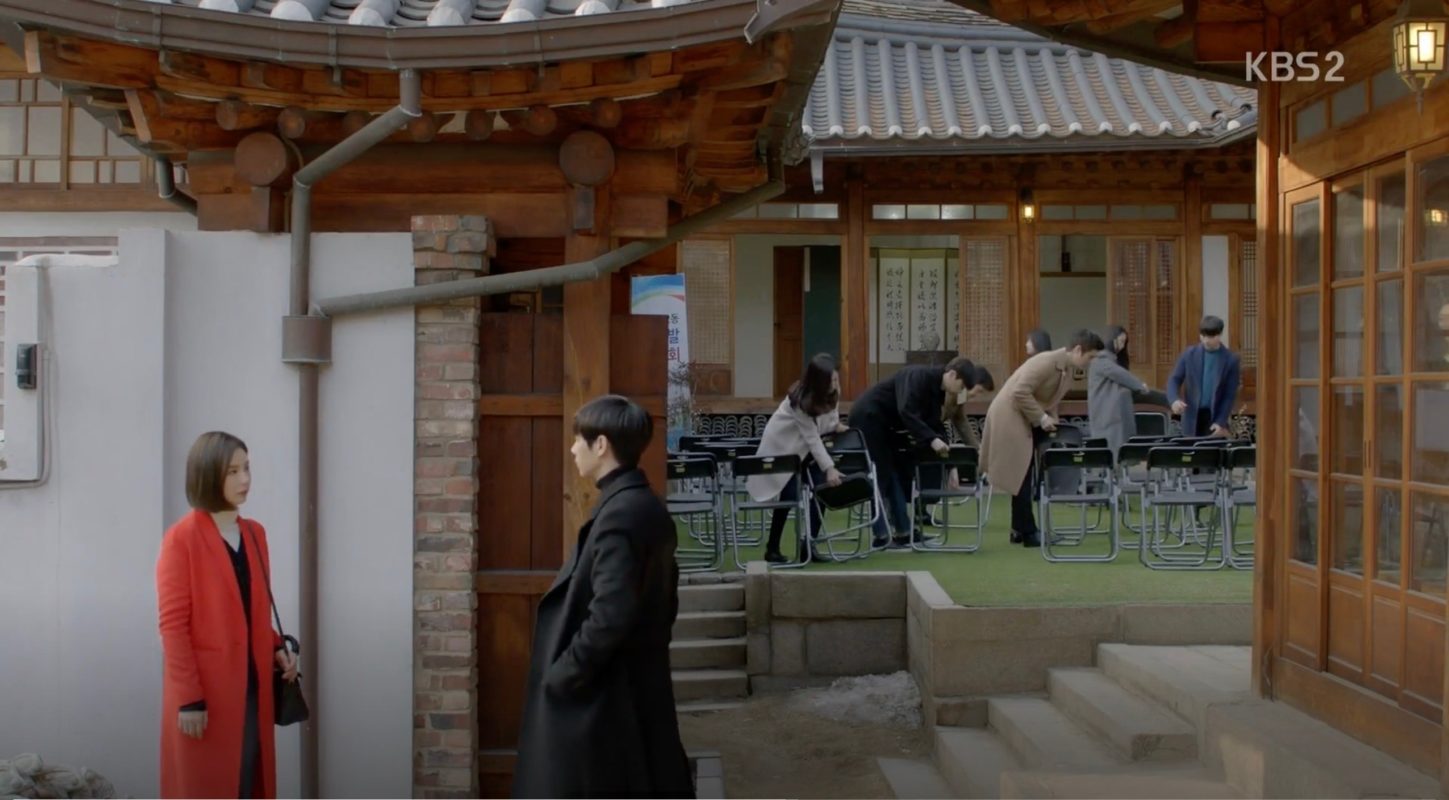 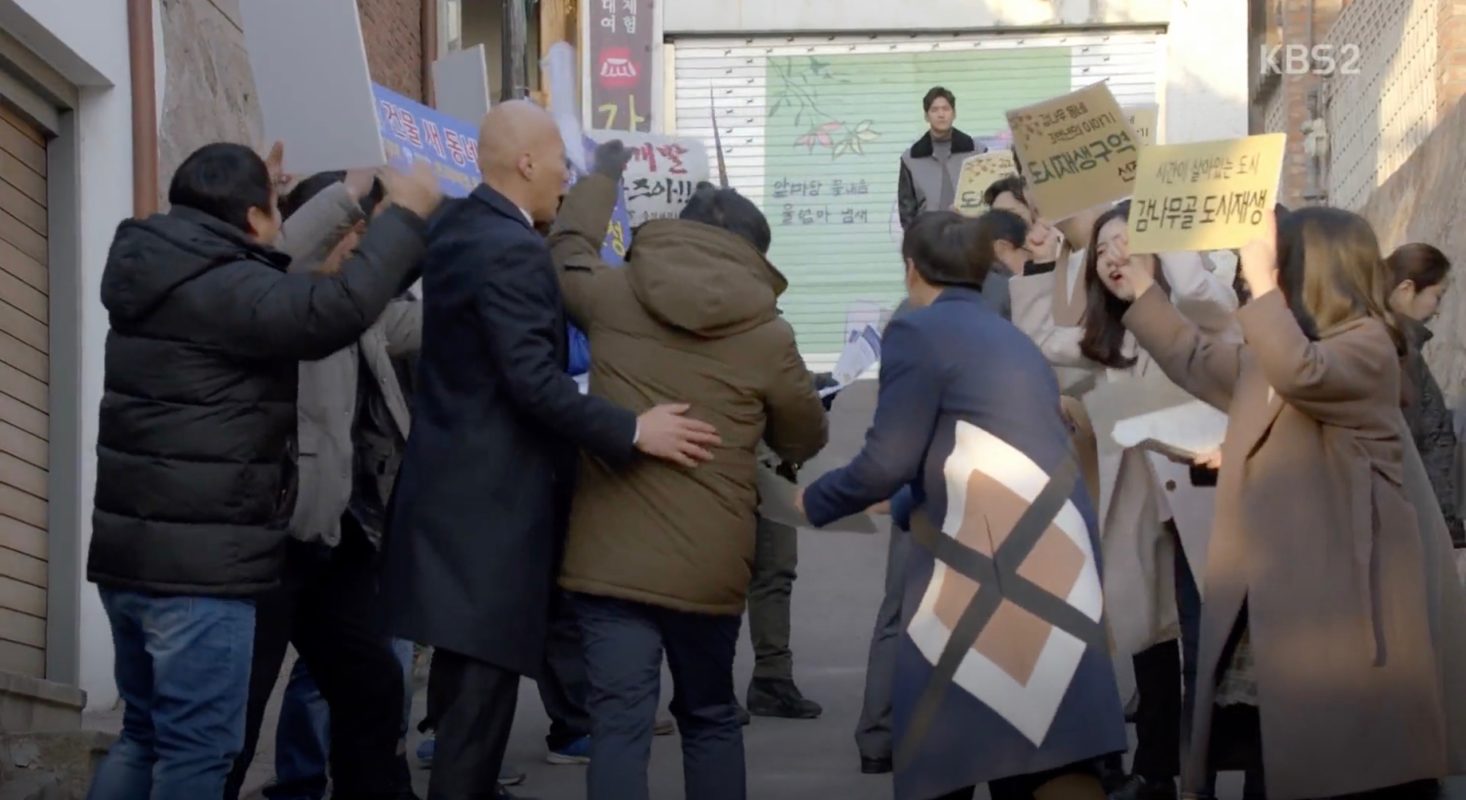 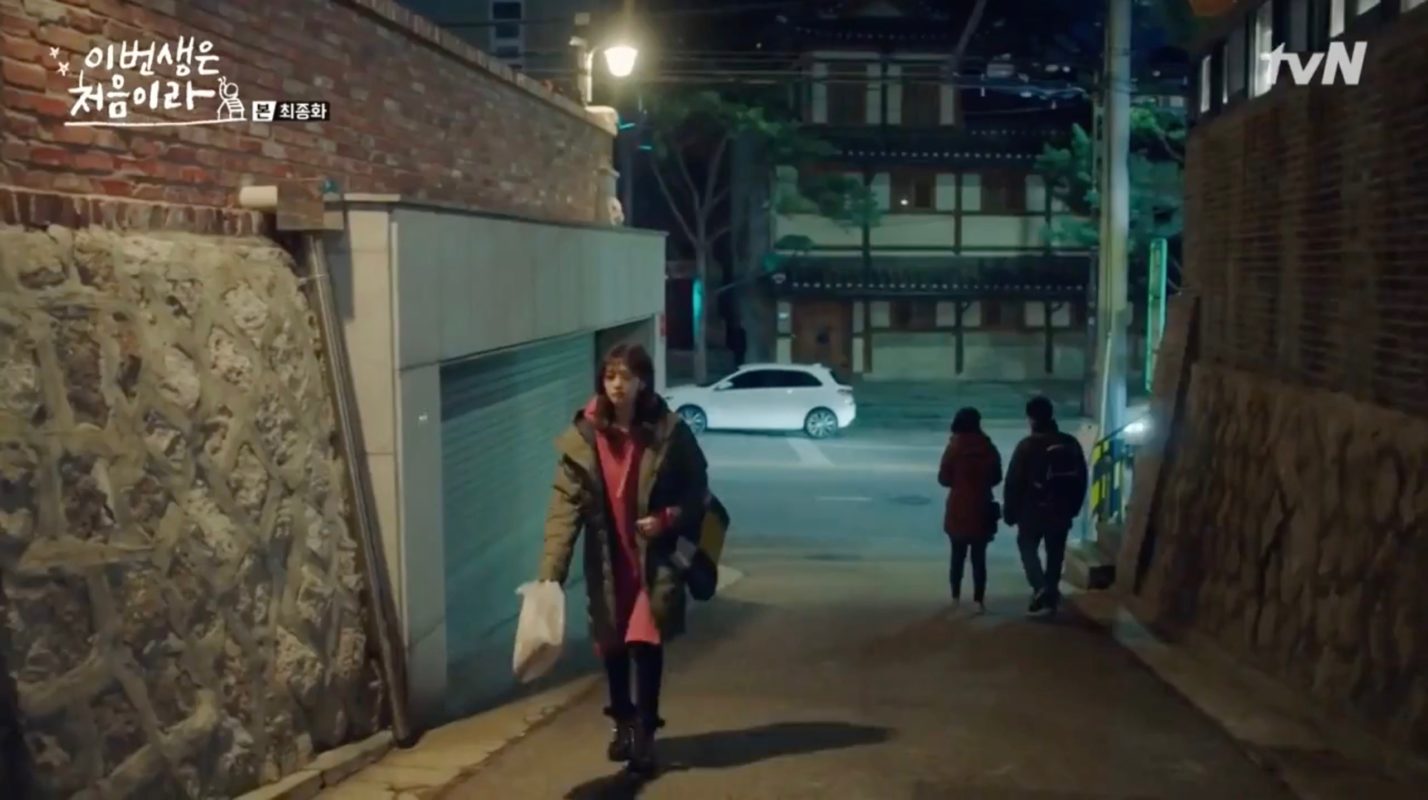 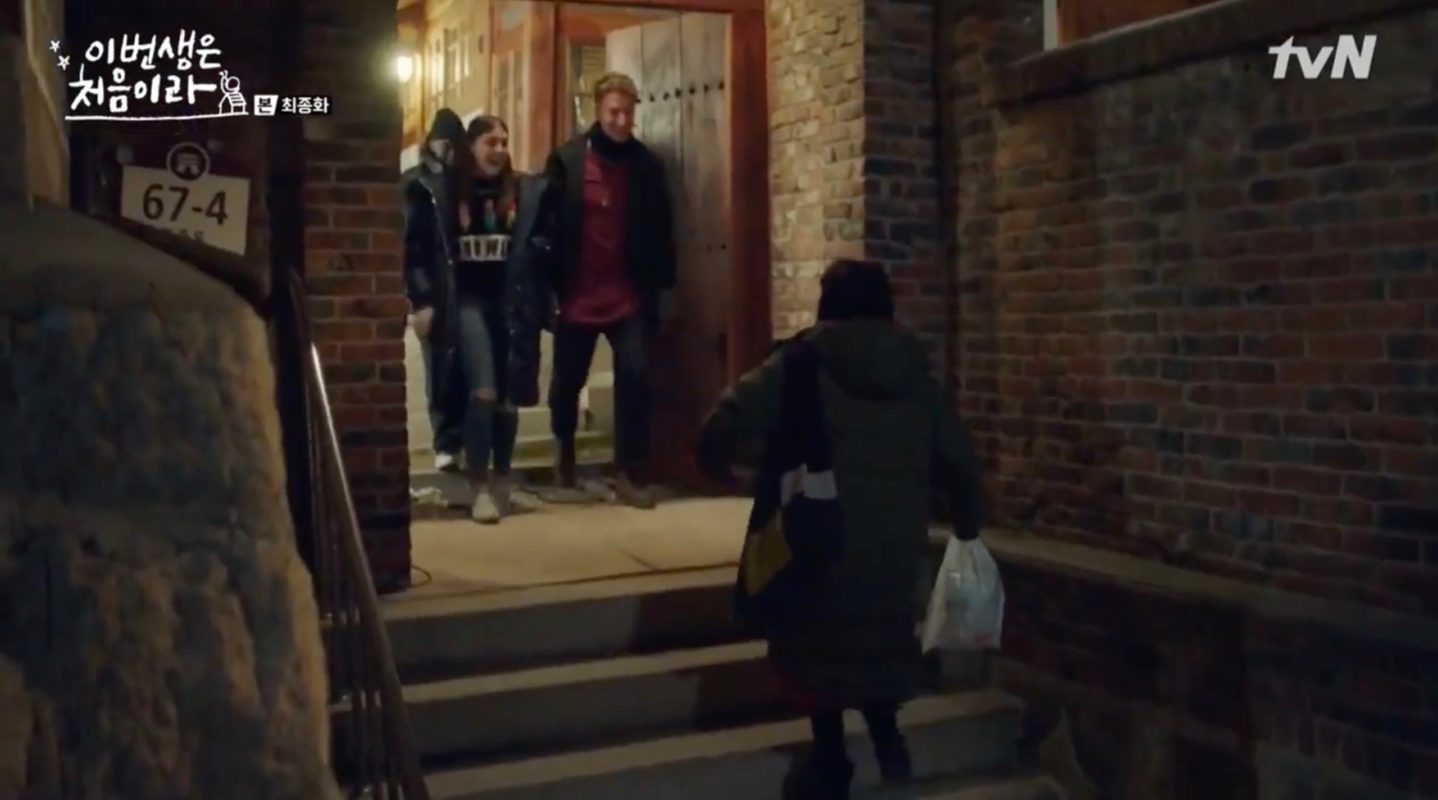 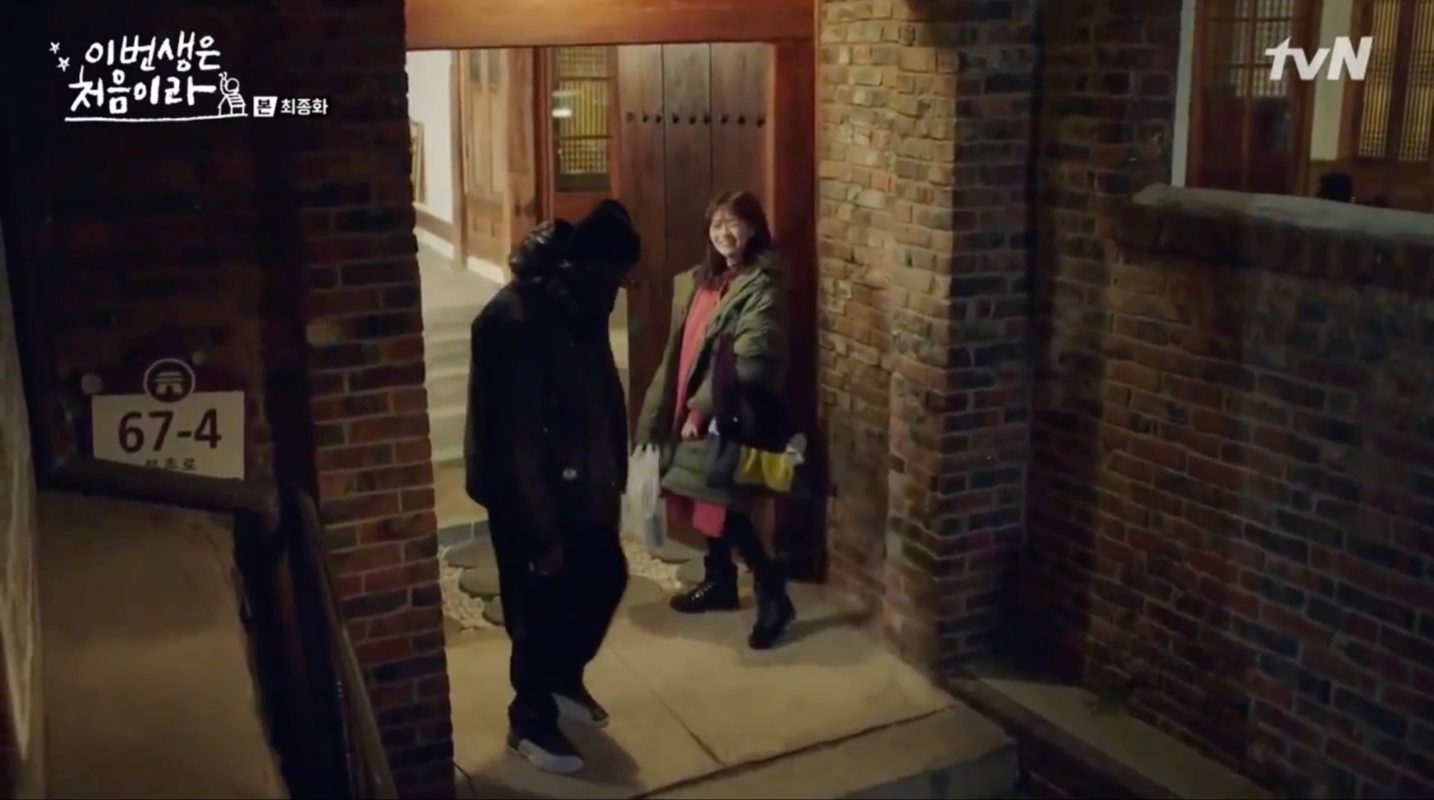 Eulji Hae-yi (Kim Hee-seon) and her colleague Bang Sang-soo (Lim Won-hee) are stopped by a police officer Oh Bong-sam (Oh Dae-hwan) for an alcohol control on the street right opposite of this building in episode 1 of Room No. 9/Room 9 (나인룸) (tvN, 2018); it turns out that they are acquainted with the Bong-sam.

It is here where the ‘Geumseong-dong Redevelopment Hearing’ takes place in episode 15 of Black Knight: The Man Who Guards Me (흑기사) (KBS2, 2017-18).

This house appears as the guest house that Yoon Ji-Ho (Jung So-Min) stays in in the final episode 16 of Because This Is My First Life/This Life Is Our First (이번 생은 처음이라) (tvN, 2017) after she has left Nam Se-Hee’s (Lee Min-Ki) apartment.

Kim Hyeongtae’s House in Gahoe-dong [김형태가옥] is located in Seoul’s neighborhood Gahoe-dong (and not Insa-dong as Because This Is My First Life makes believe) that makes up Bukchon Hanok Village [북촌한옥마을]. It is designated Seoul Folk Cultural Property No. 30 [시도민속문화재 제30호] in 1999. It was build in 1938 on land that belonged to Yi Dalyong, a member of the Joseon royal family, during Joseon times. It is considered as one of the rare cases of traditional houses that is made out of ‘new materials’ such as red bricks, glass and metal and thus seen as exemplifying the changes of traditional housing in South Korea.

Getting here
Anguk Station [안국역], Seoul Subway Line 3, Exit 2;
keep on walking straight until you see this house on your right hand side. It should be about 10-15 minutes.