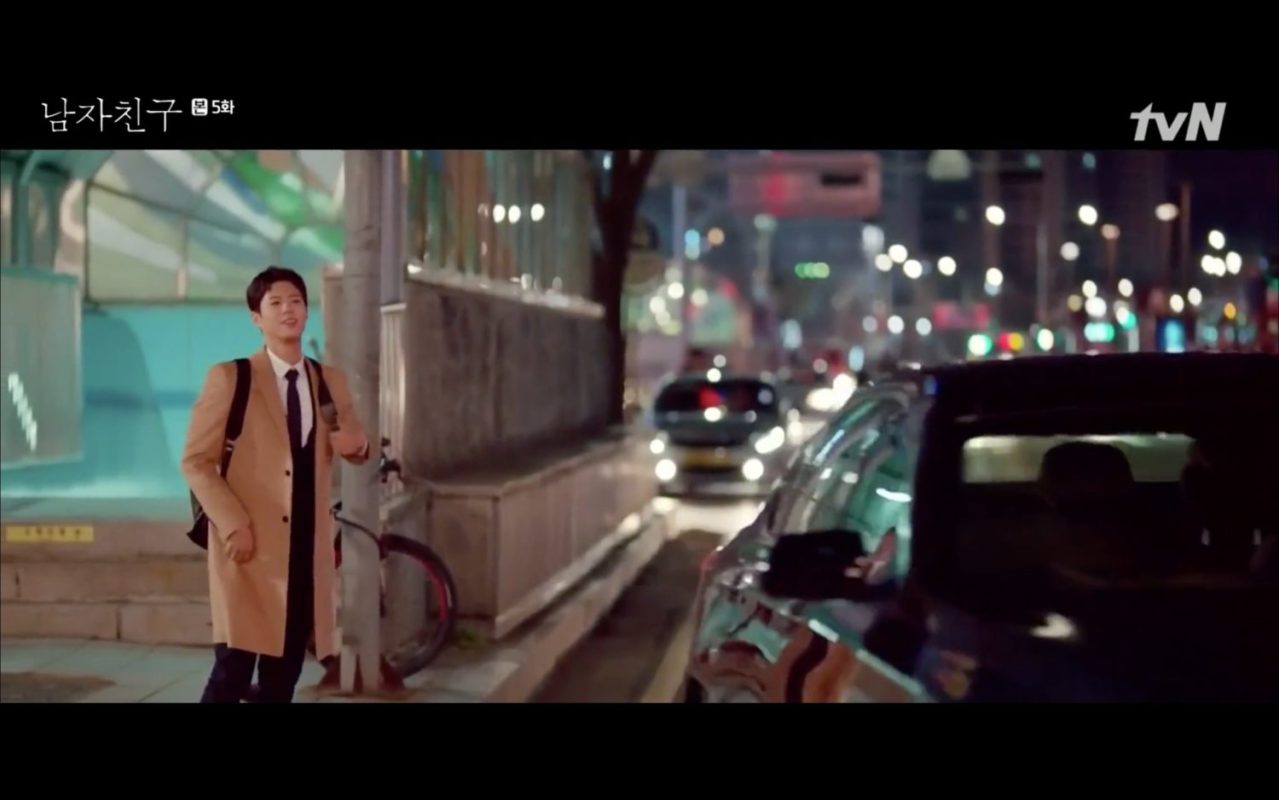 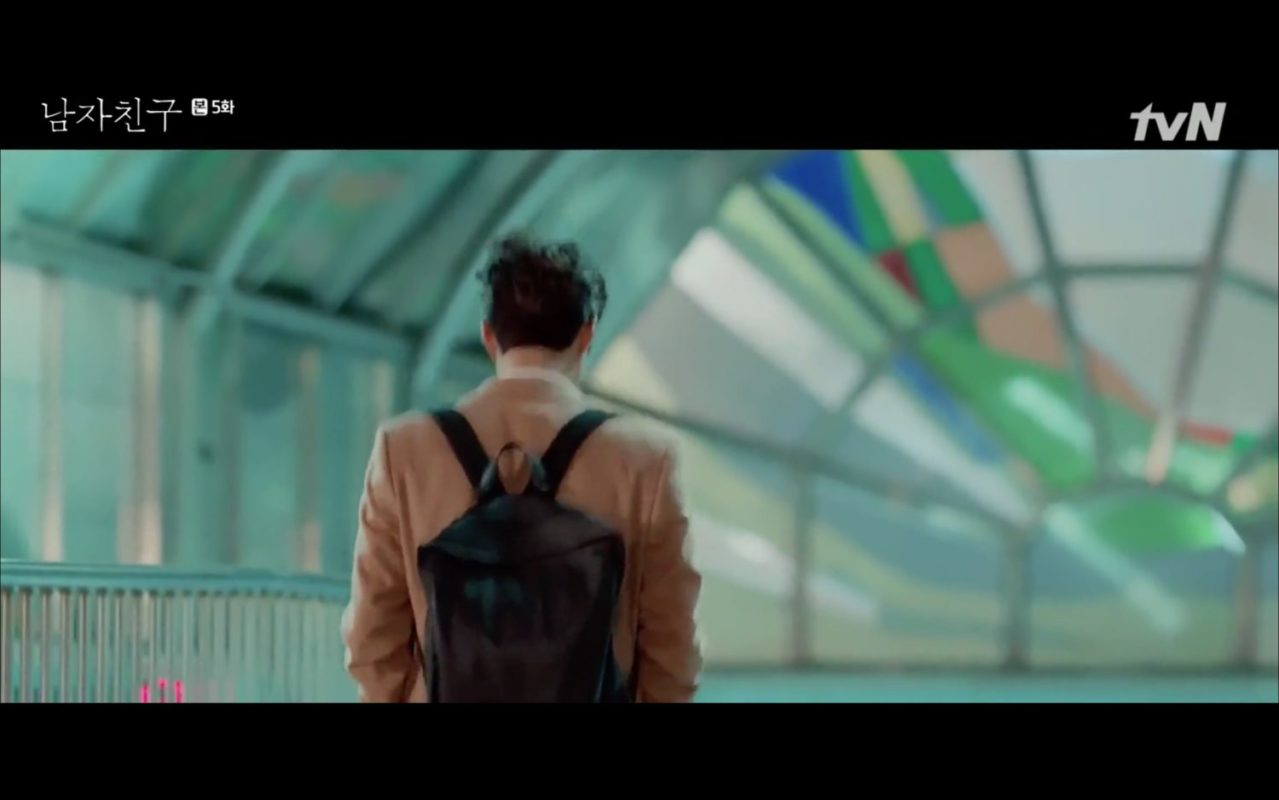 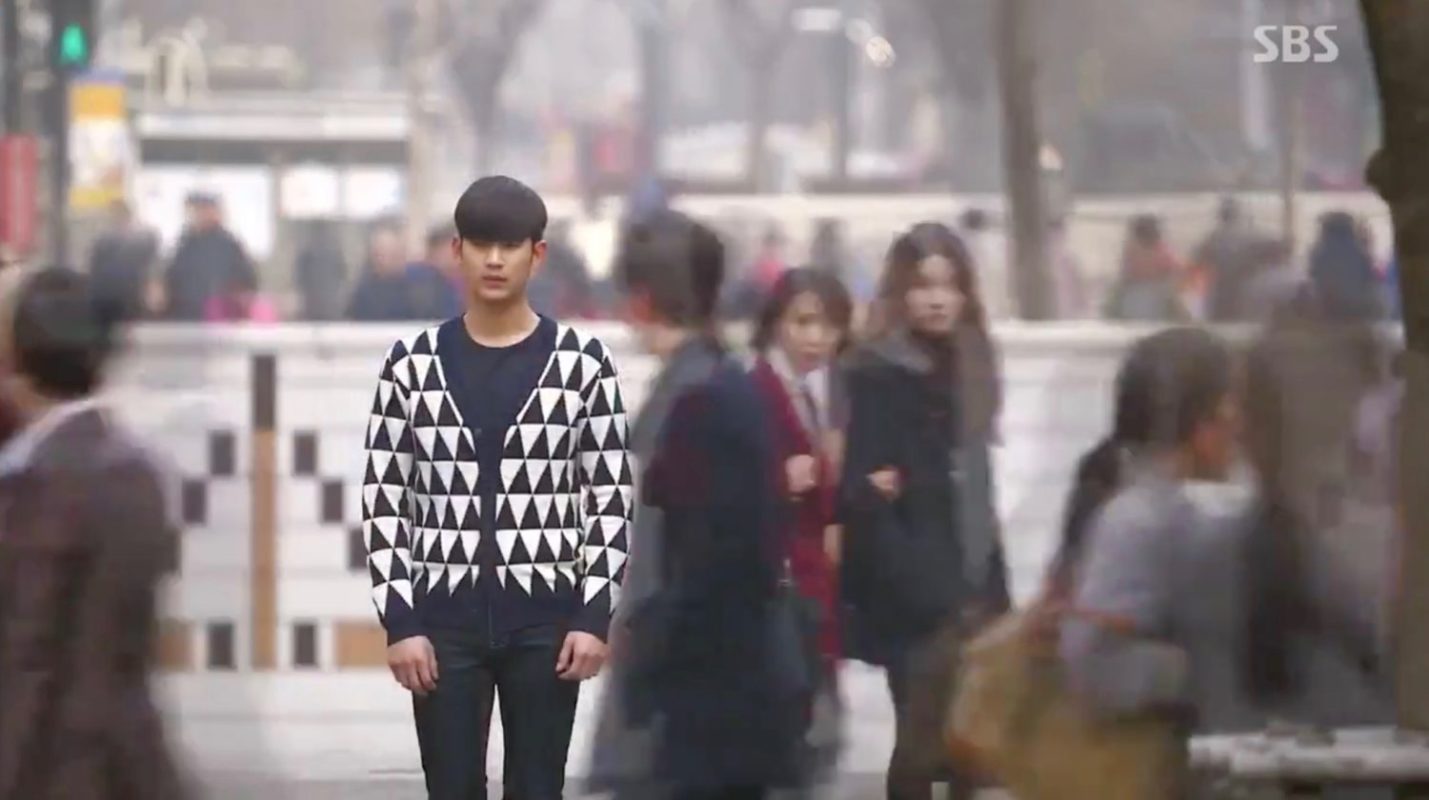 Exit 6 — Do Min-joon (Kim Soo-hyun) opens a door at home in episode 20 of My Love from Another Star/My Love From The Star/You Who Came From the Stars (별에서 온 그대) (SBS, 2013-14), but mistakenly teleports to a plaza outside this subway station’s Exit 6.

Juyeop Station [주엽역/注葉驛], opened on January 30 1996, is a subway station that carries the station code 310 on Seoul’s Subway Line 3. The station is located in Goyang’s neighborhood Juyeop [Juyeop-dong/주엽동] in the Ilsanseo District [Ilsanseo-gu/일산서구]. A particular feature of this station’s exits (for instance #1 and #5) is their multi-colored stained-glass walls.

The name of this station and the same-named neighborhood that it serves was given in the late Joseon Dynasty from when this part of town was still the village of Juyeop-ri [주엽리/注葉里]. It is said to be a combination of the characters ‘ju’ (주/注), which translates to ‘flow’ and refers to the autumn leaves flowing in a waterway that traversed the middle of the village at the time; and ‘yeop’, which translates to ‘leaf’ as the village resembled a leaf when looked at from nearby Goldongsan [골동산] (also known as Mugdongsan [꼭동산]) before Ilsan New Town was built.

In My Love From the Star, the station code appeared as No. 311. This was the station’s original number before 2014, and was changed to its current number (No. 310) when Wonheung Station was established. No. 311 now belongs to Jeongbalsan Station.