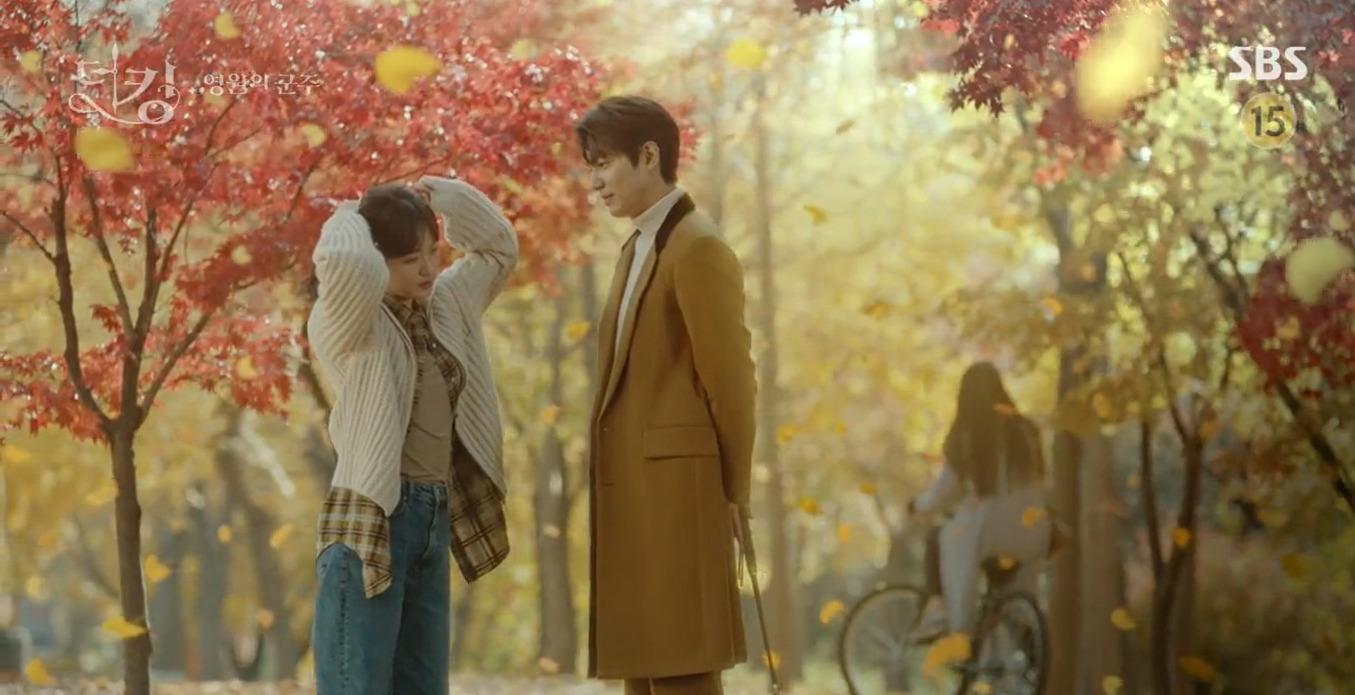 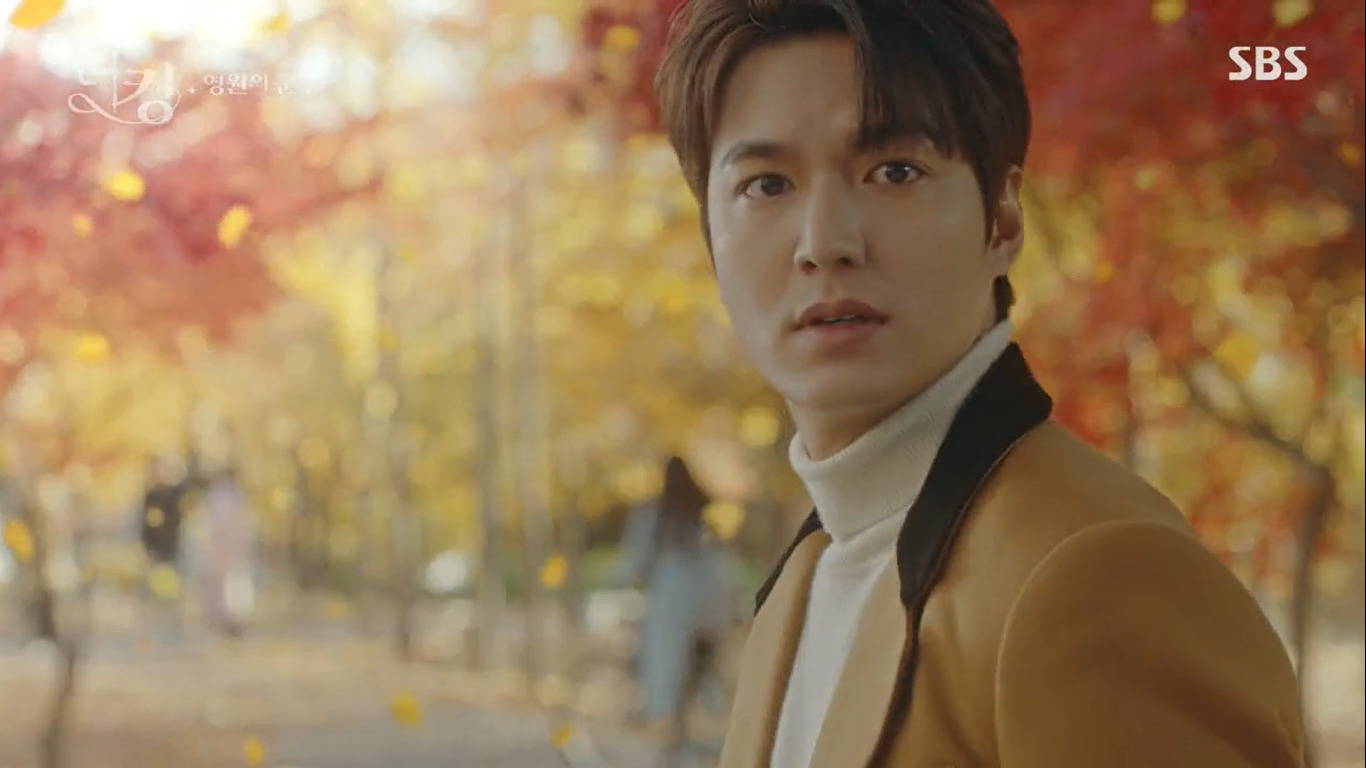 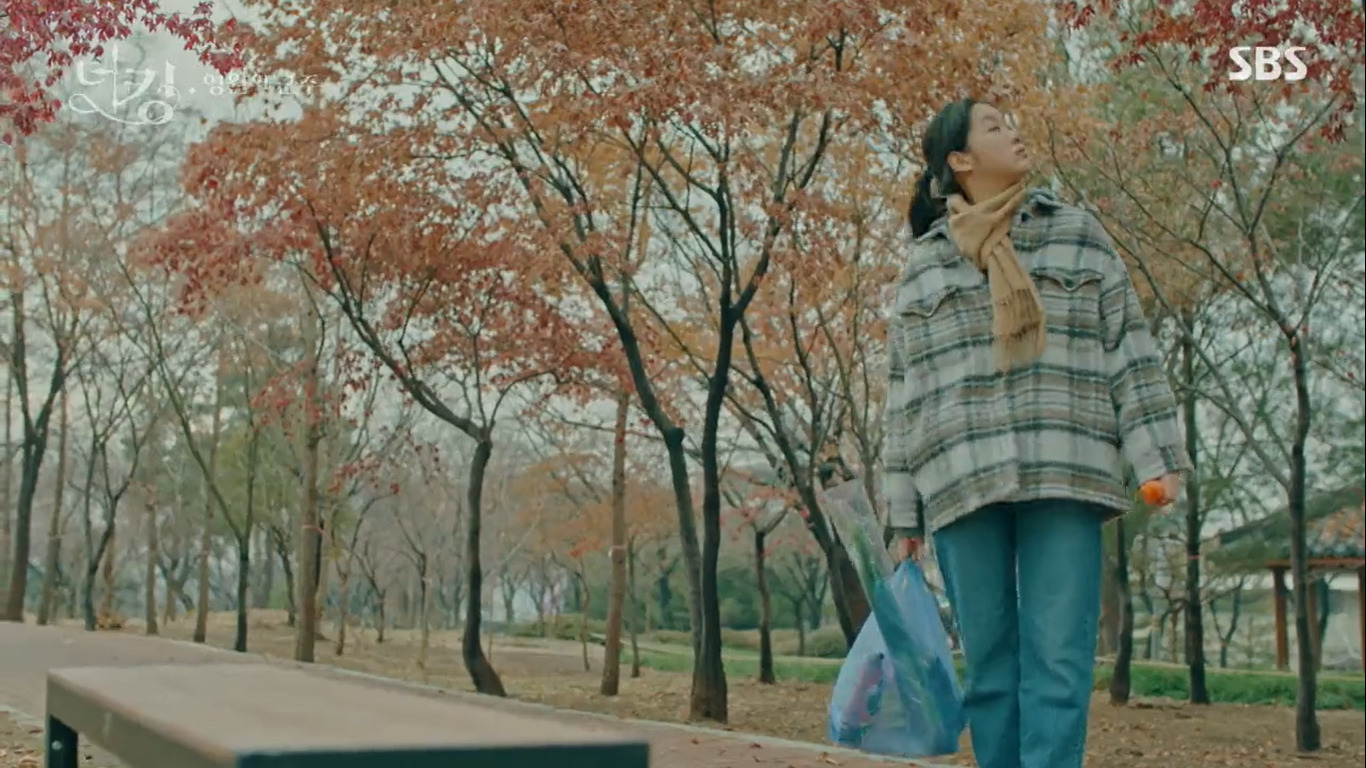 Jeong Tae-eul’s (Kim Go-eun) car breaks down as she drives to work in episode 3 of The King: Eternal Monarch (더킹:영원의 군주) (SBS, 2020). When Lee Gon (Lee Minho) comes to help her, she had already called the Service Centre for assistance. While waiting for the service mechanic, they go into the park and stroll under the autumn foliage. This is when Lee Gon experiences time stopping again, but it is the first time it has happened outside his Kingdom. He also “witnesses something beautiful”, in reference to Tae-eul, but she is confused as to what he’s saying. In episode 4, she returns to the park by herself to look around, and ponders about what it was that he actually saw.

Jungri Sports Park or Jungni Sports Park [중리체육공원] is a long, narrow park that is situated along Dansan-ro [당산로] in Daegu’s neighborhood Sangjungi [Sangjungi-dong/상중이동] in the Seo District [Seo-gu/서구]. The park features meandering pathways under large trees, garden beds, pagodas and exercise equipment. It is popular with walkers and cyclists, as it is a relaxing local park; ironically, there are no actual sport fields here, unlike what its name seems to suggest.

Please note that the location where Tae-eul’s car breaks down is not at this park.

Getting here
Jungangno Station [중앙로], Daegu Metro Line 1 (Red Line), Exit 2 or 3
Walk 150 mts down Gukchaebosang-ro [국채보상로] to the bus stop opposite the CGV Daegu Hanil [CGV대구한일건너]. Take blue bus #524 for 17 stops (15 minutes) and alight at ‘Queens Road East Bus Stop [퀸즈로드동편]’ (outside Changu Apartments 205 building). The park is on the opposite side, enter through the rose trellis arch and veer right.)