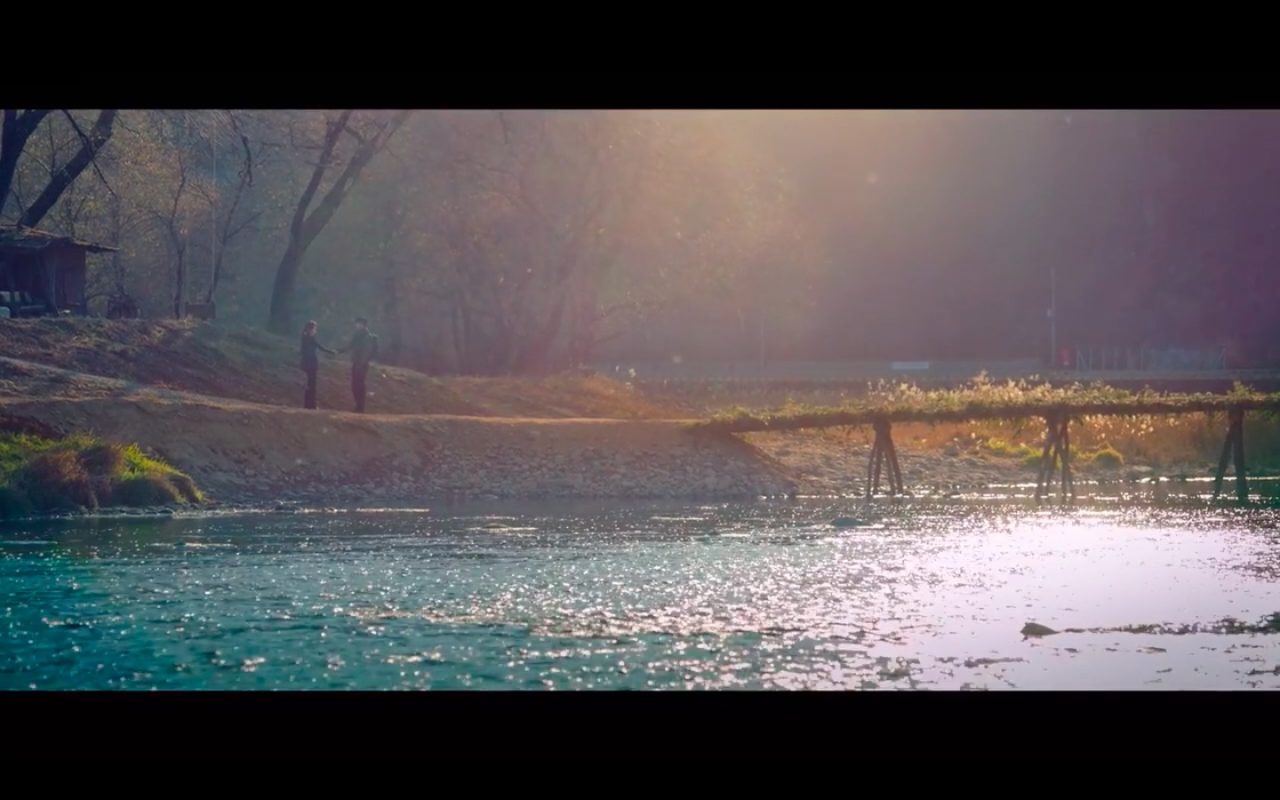 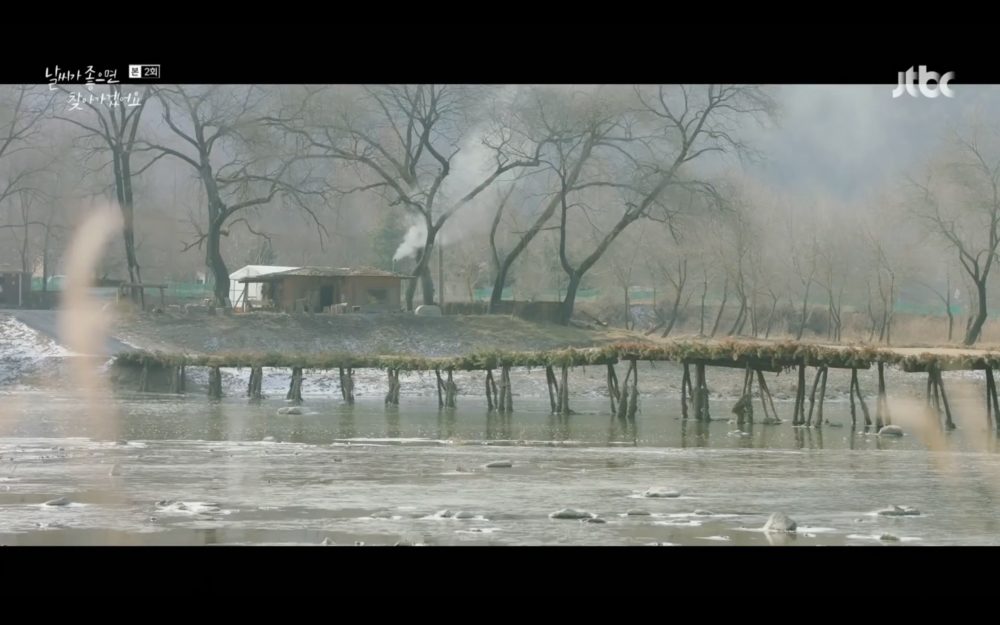 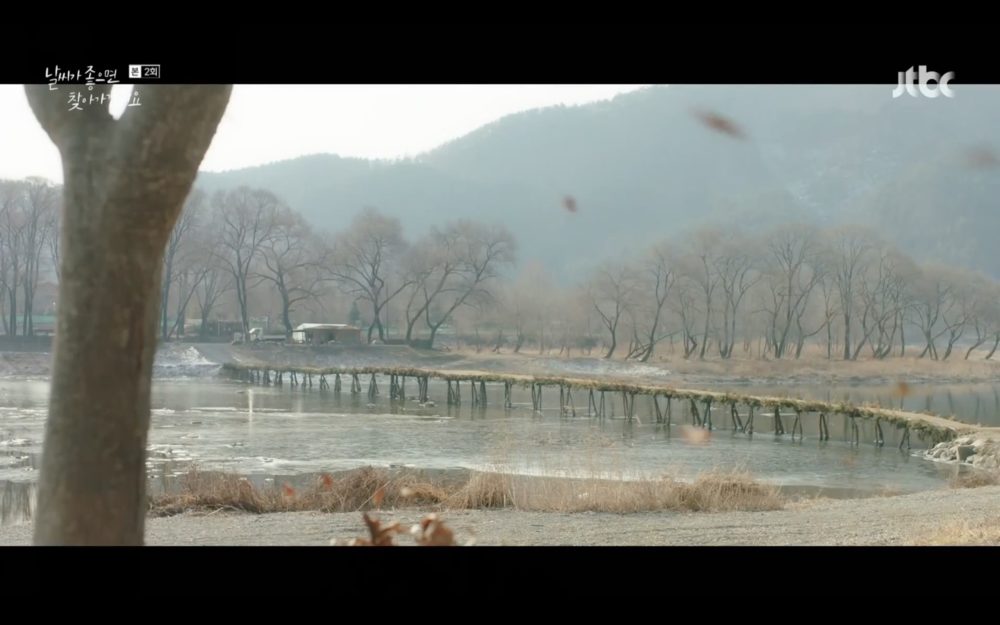 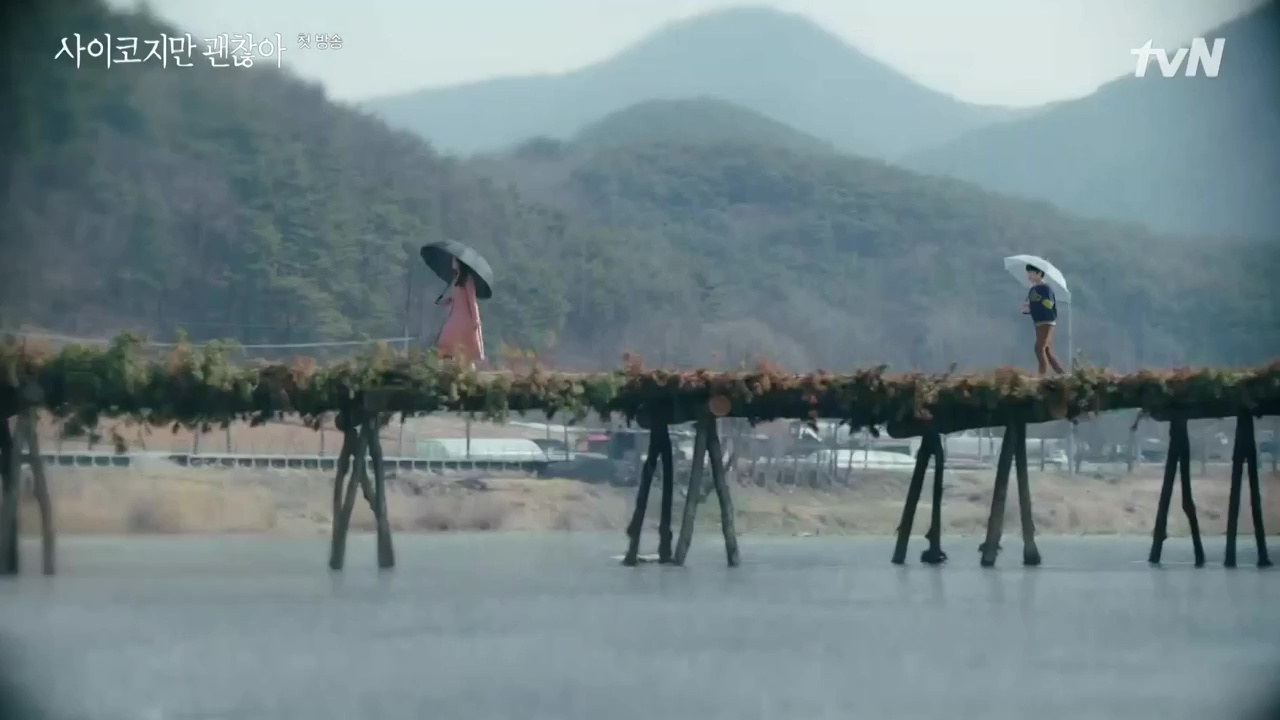 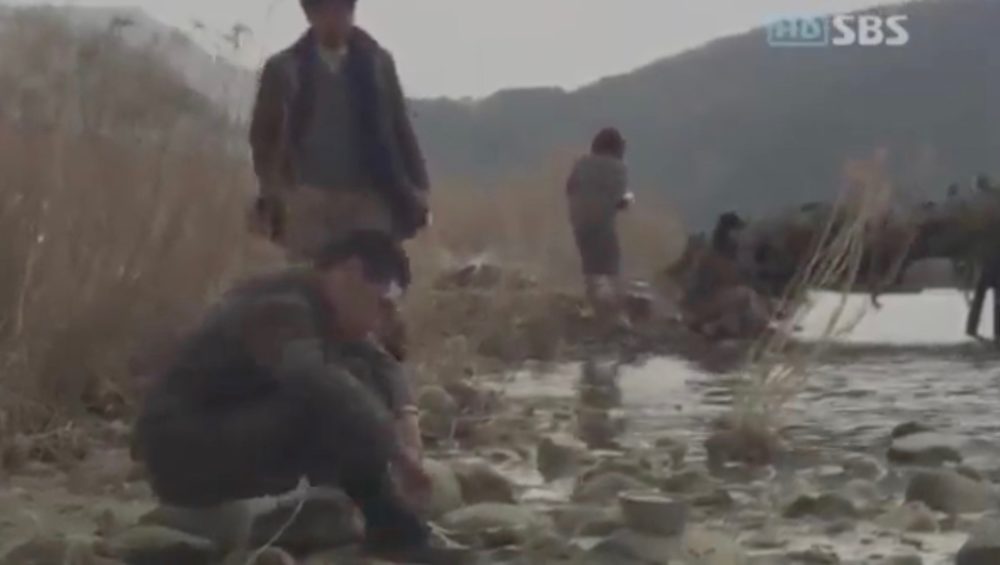 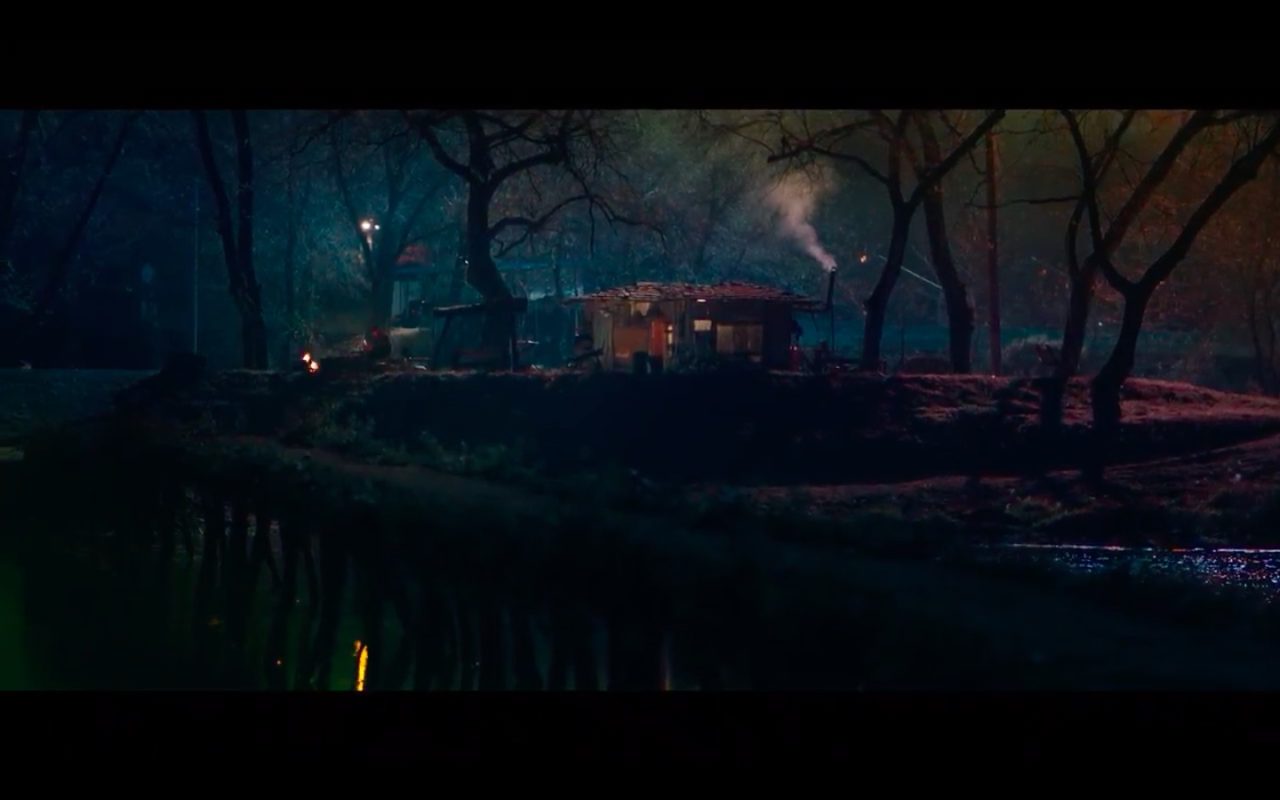 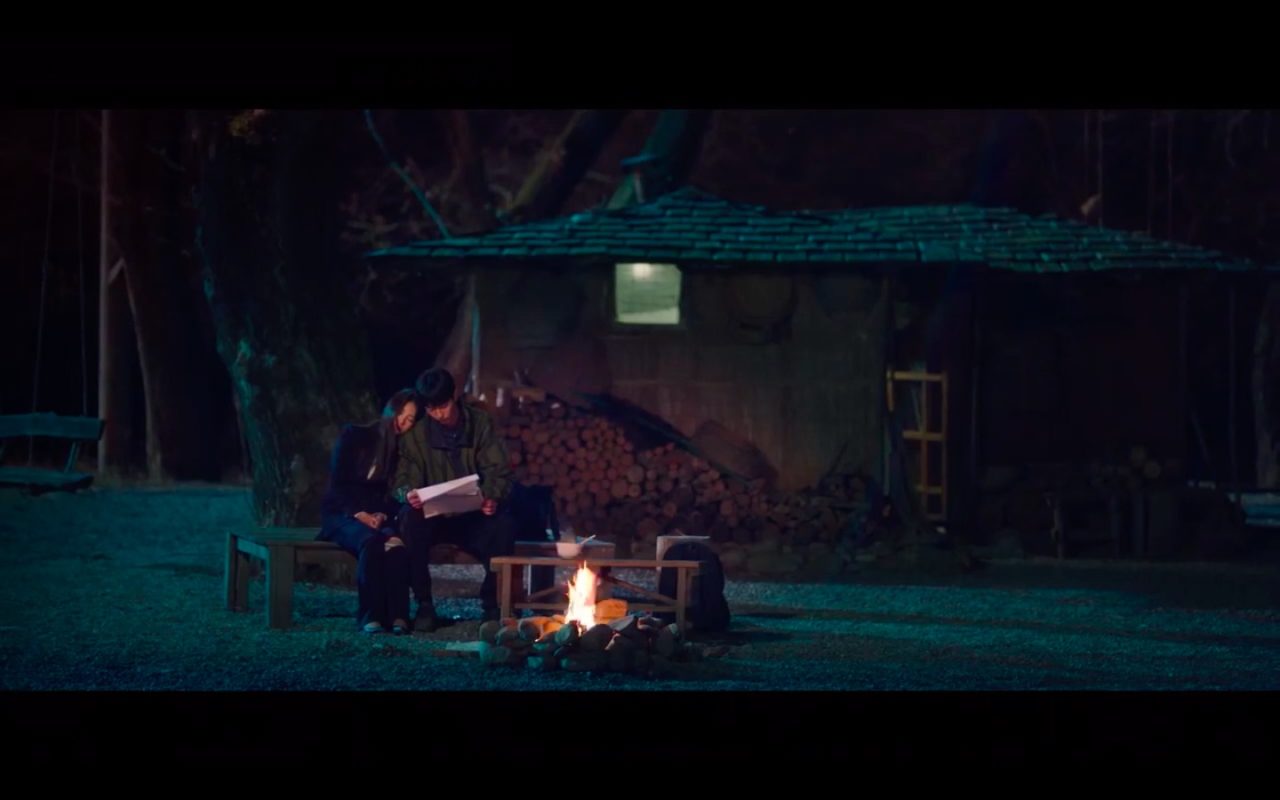 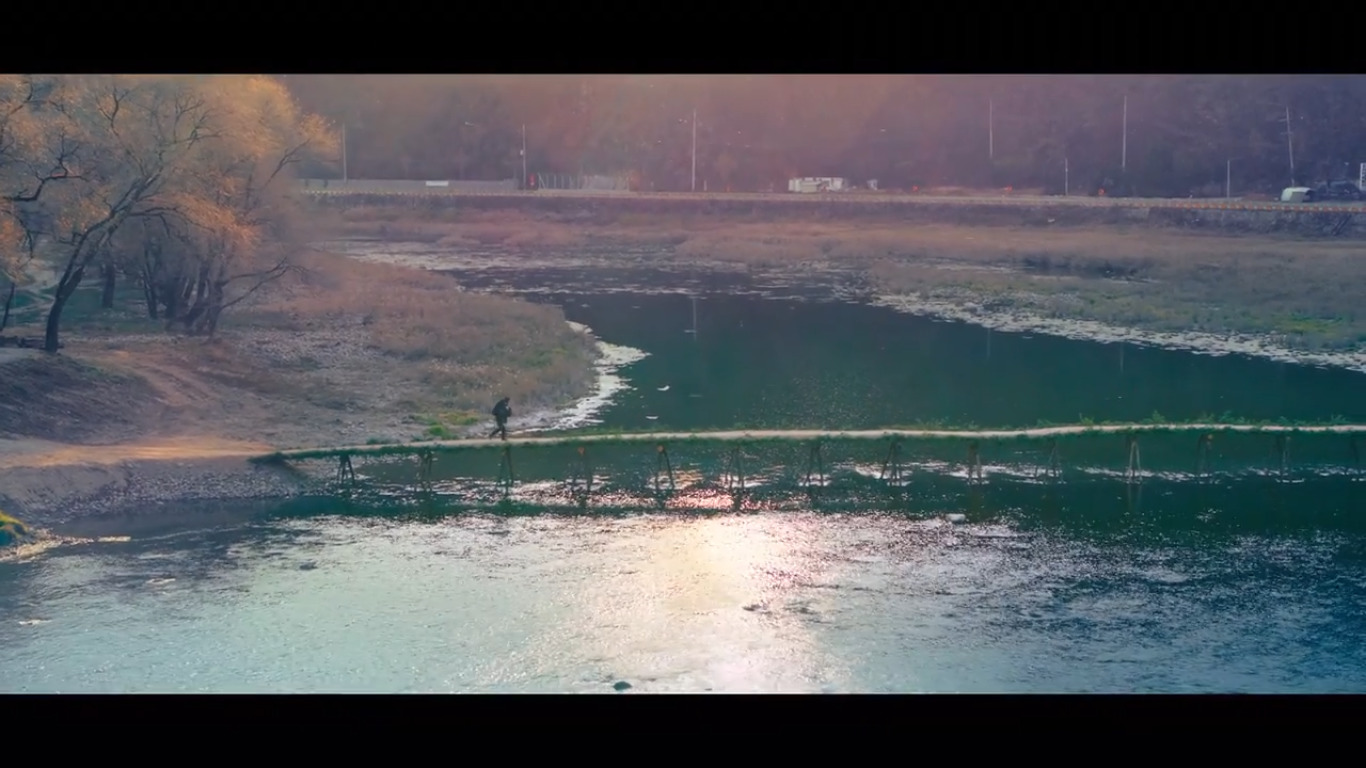 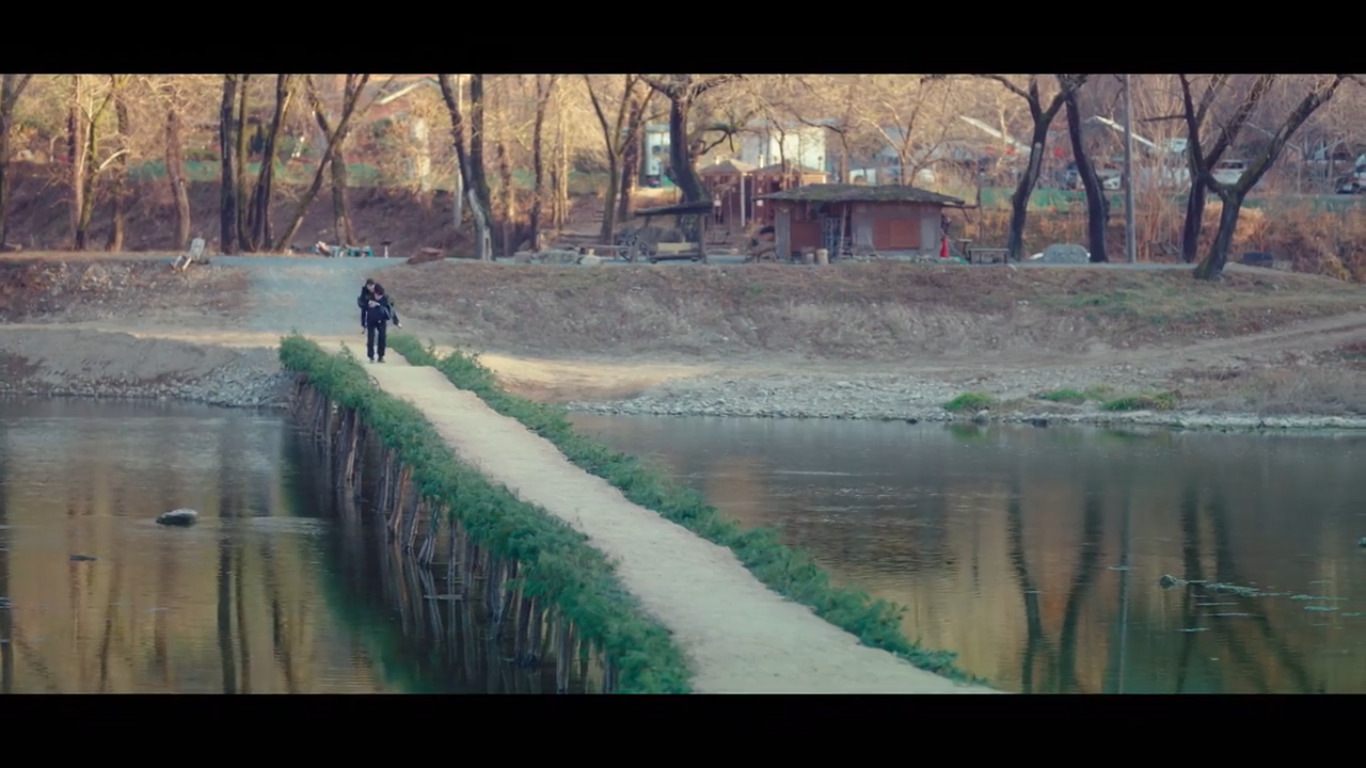 In episode 14 of Start-Up (스타트업) (tvN/Netflix, 2020), Nam Do-san (Nam Joo-hyuk) is confused over his feelings for Seo Dal-mi (Bae Suzy), and his father recommends he bike to his uncle’s house in order to exhaust himself and make his troubles seem smaller, so he can start over again. Apparently this is something his father would do in times of stress. After five hours and a slight accident, Do-san crosses this bridge pushing his bike and collapsing on the pyung sang (low outdoor table) at a nearby shelter. He awakes later to see Dal-mi staggering across the bridge to the house, but dismisses it as an hallucination. She has come from Seoul to return his jacket … and maybe persuade him to join her company.

The fashion show company run by Jang Bong-sil (Lee Hye-young) halts along the riverbed next to this bridge in episode 1 of Fashion 70s/Fashion 70’s (패션 70/패션 70’s) (SBS, 2005) on their way to Seoul. When attempting to run away, young Jang-bin (Eun Won-jae) runs across this bridge and makes Bang Wook-sung (Kim Byung-choon), who wants to stop Jang-bin, fall into the water; the entry pass to Seoul included which is afterwards lost to the water.

Juncheon Seopdali Bridge [주천강 섶다리] is a log bridge across the Jucheon River in the village of Panun [Panun-ri/판운리] in Yeongwol County’s Jucheon Township [Jucheon-myeon/주천면]. This bridge made from logs, pine needles and soil, is re-built each year in early winter and is only used until the summer rainy season begins. According to the South Korean Tourism Organization, this bridge is more than 300 years old and has several folk tales based on it.