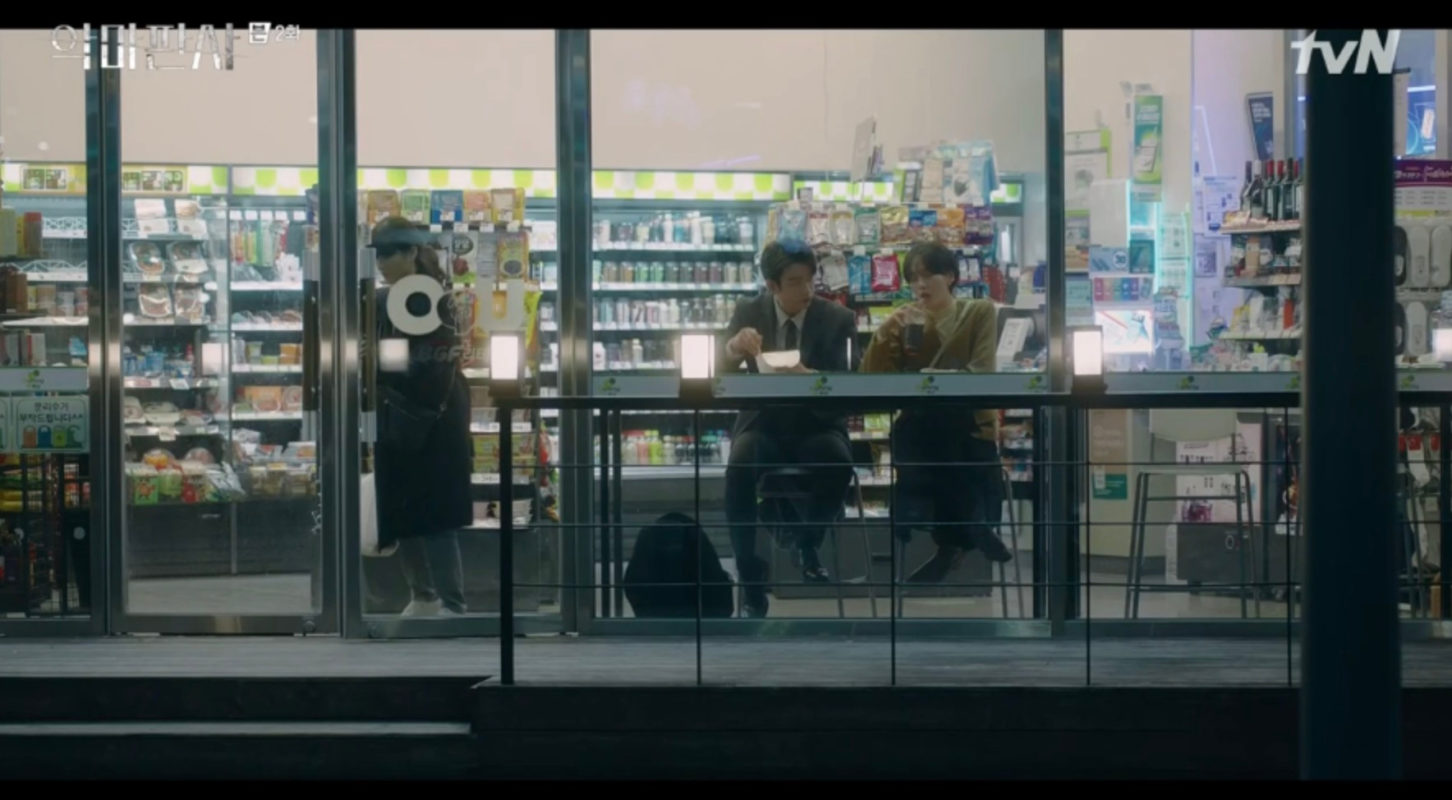 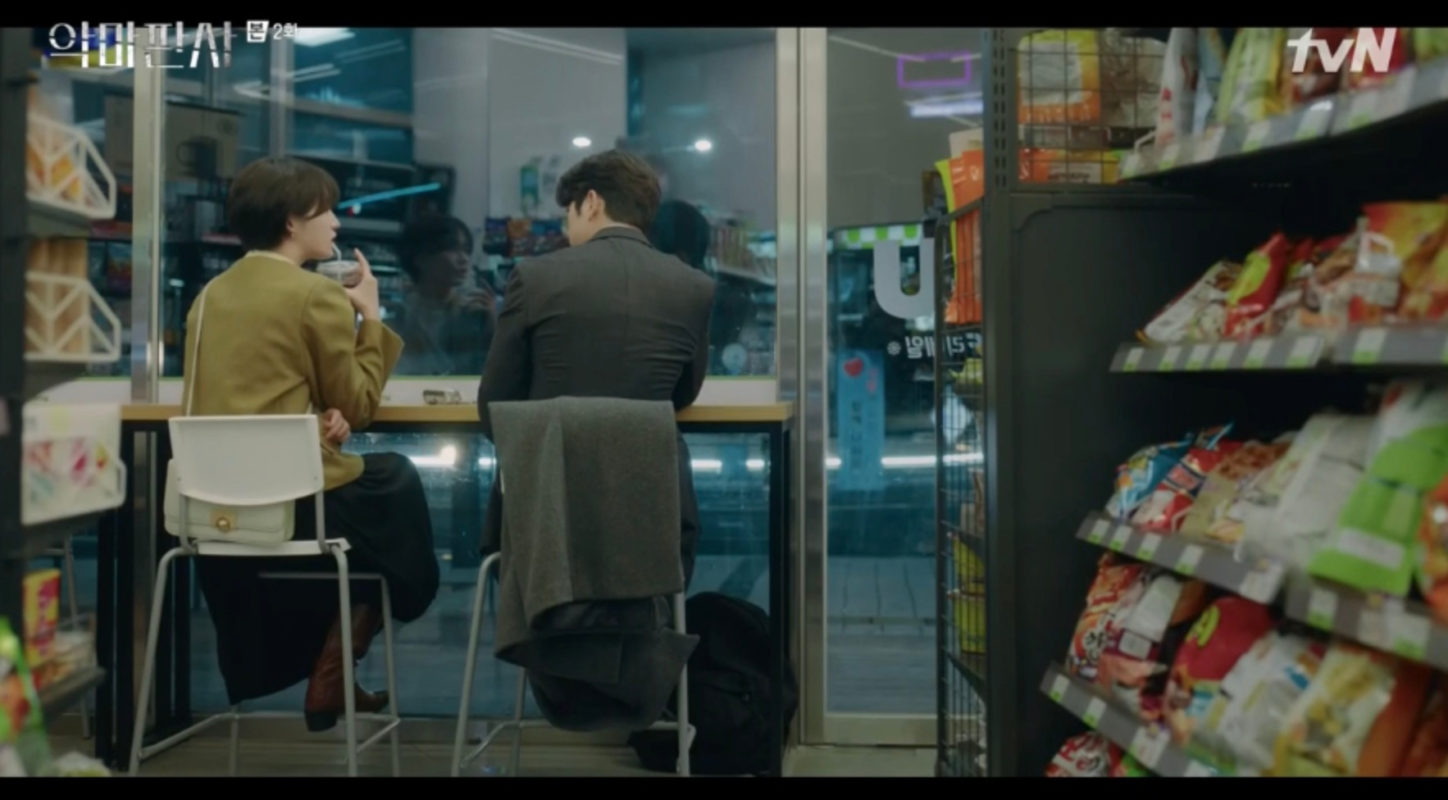 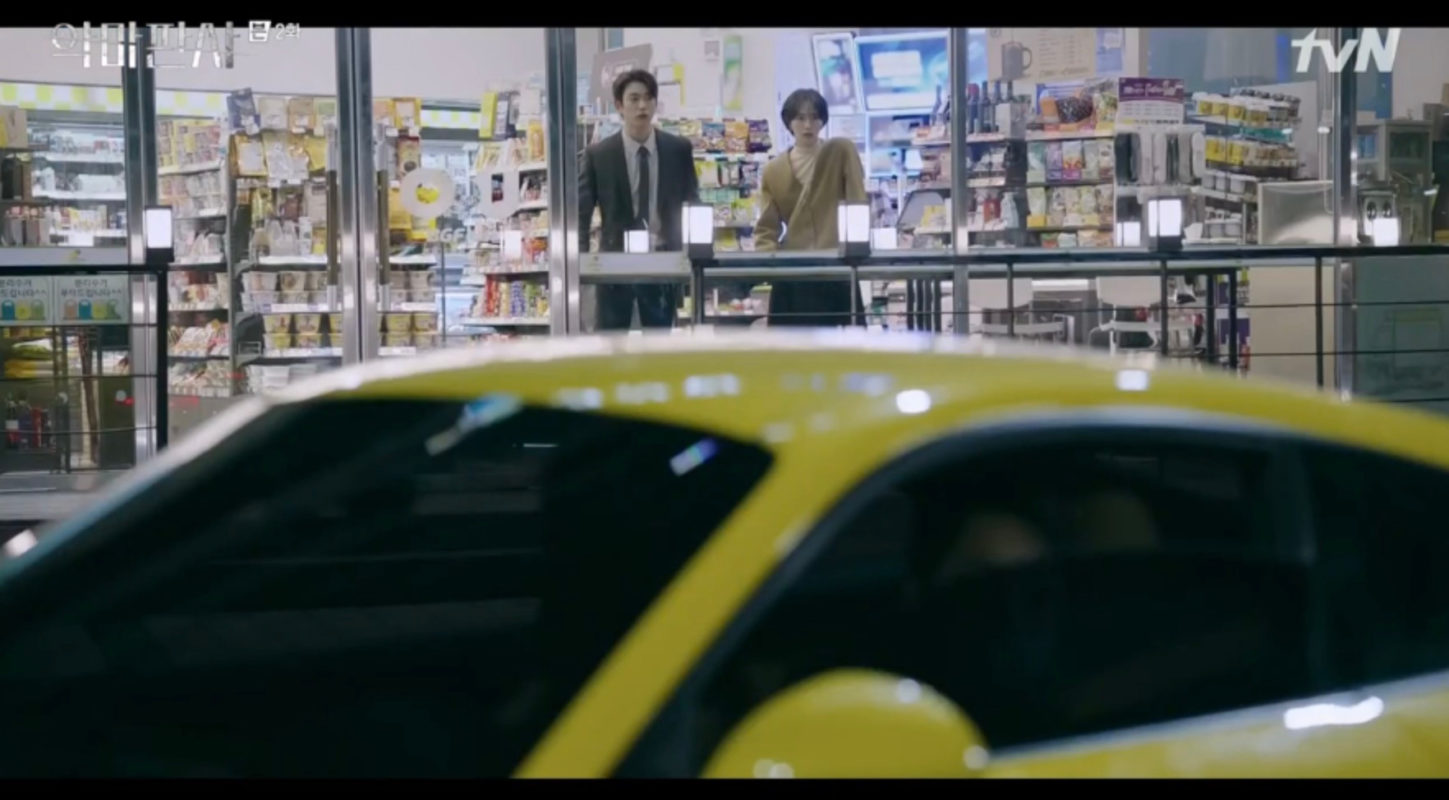 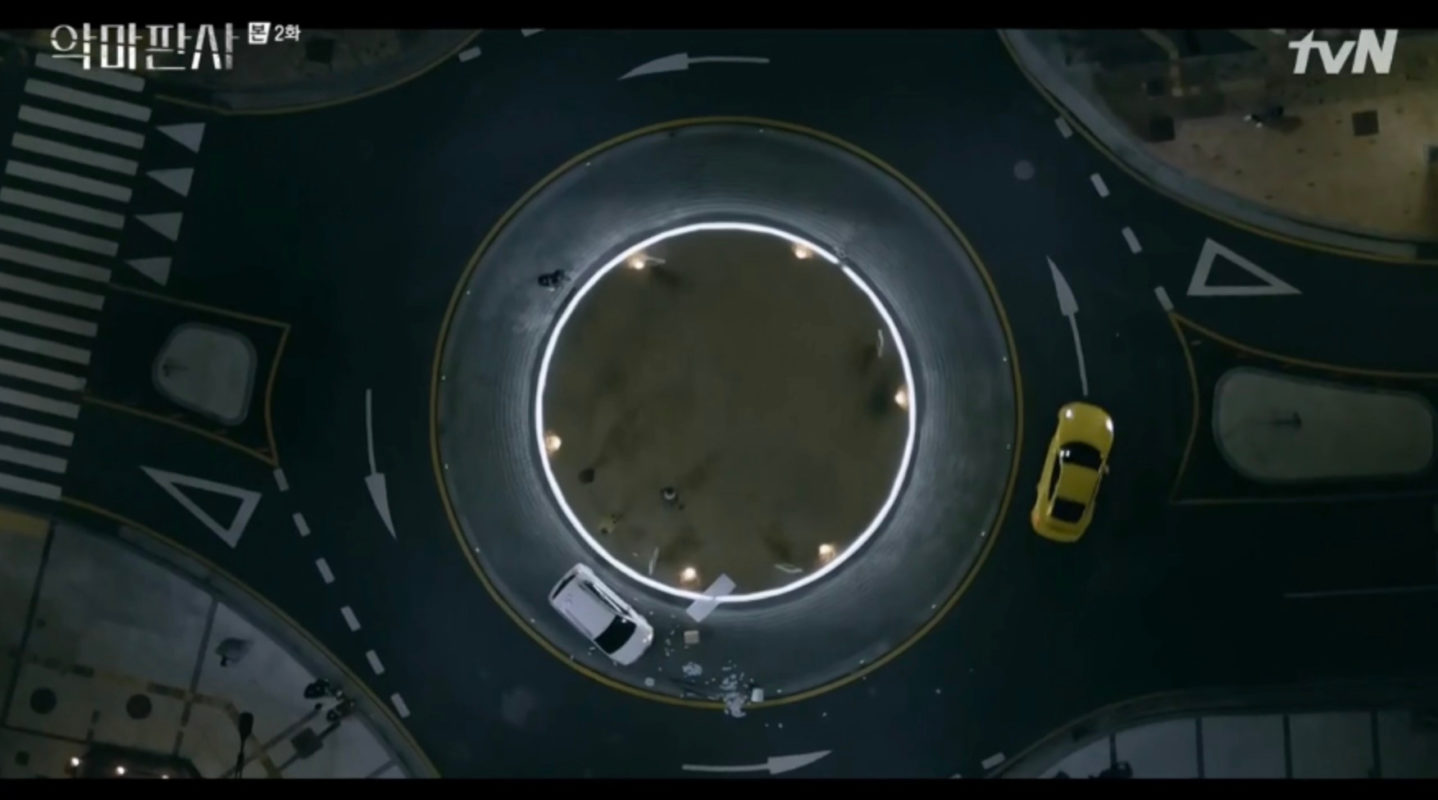 Kim Ga-on (Park Jin-young, formerly of GOT7) and Yoon Soo-hyun (Park Gyu-young) meet up at night at this CU in episode 2 of The Devil Judge (악마판사) (tvN, 2021). All of a sudden they see a yellow Porsche nearly causing an accident but the driver, Lee Young-min (Moon Dong-hyeok), doesn’t seem to care; instead insulting the other driver and continues on his way. Soo-hyun and Ga-on then follow him closely in her police car.

CU — Wonju Innovation Joeun Branch [CU 원주혁신조은점] is a branch of South Korean convenience store chain CU [씨유] operated by BGF Retail, which was launched in 2012 after their FamilyMart franchise license in South Korea had expired.