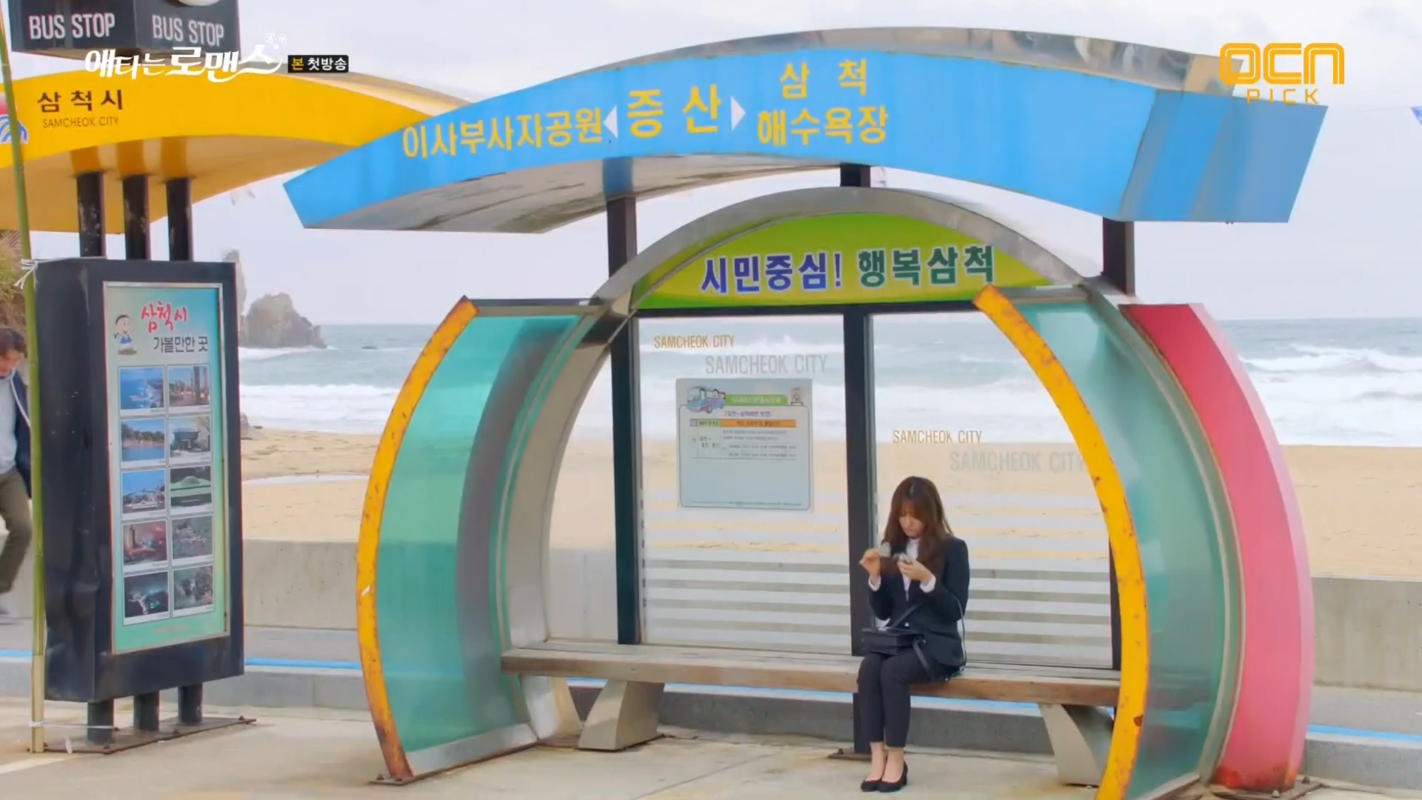 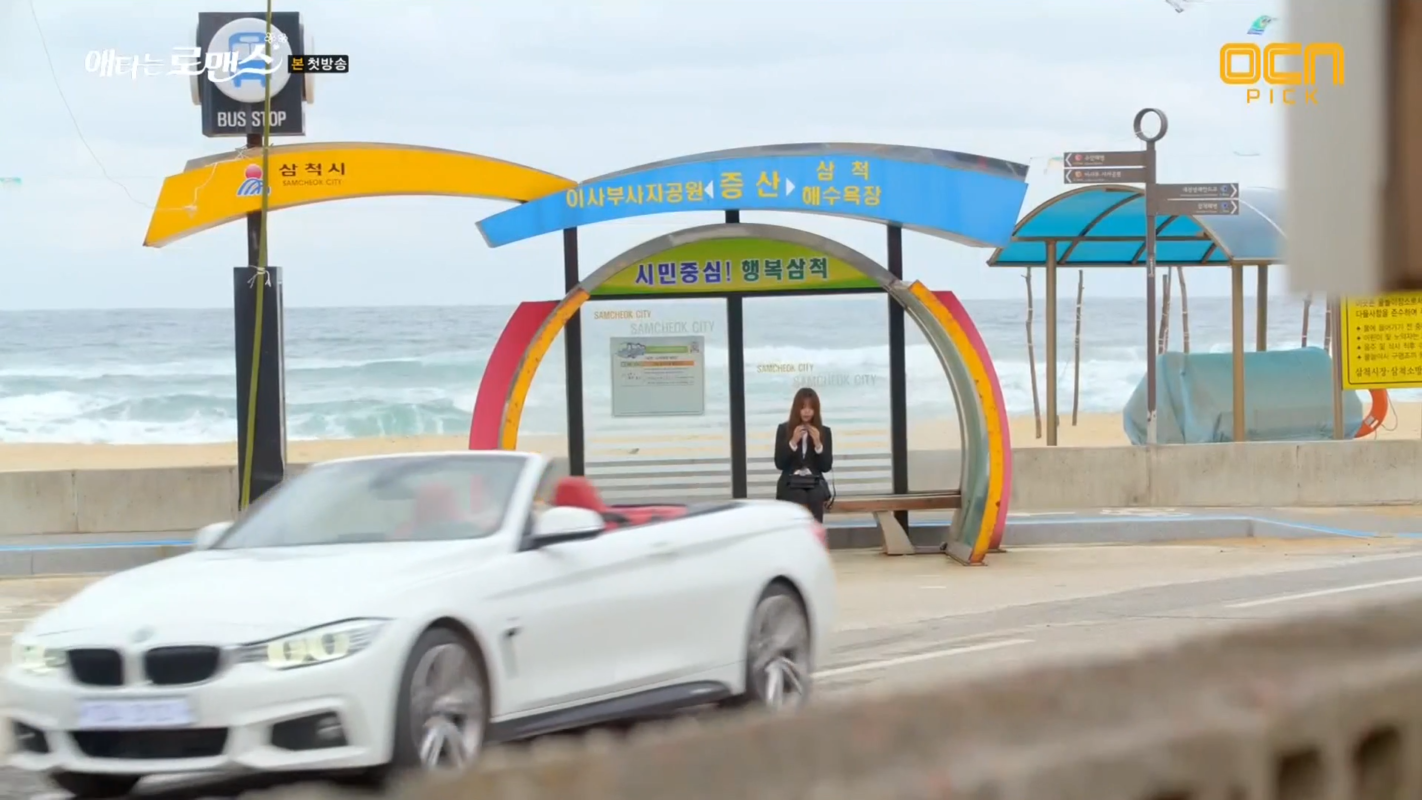 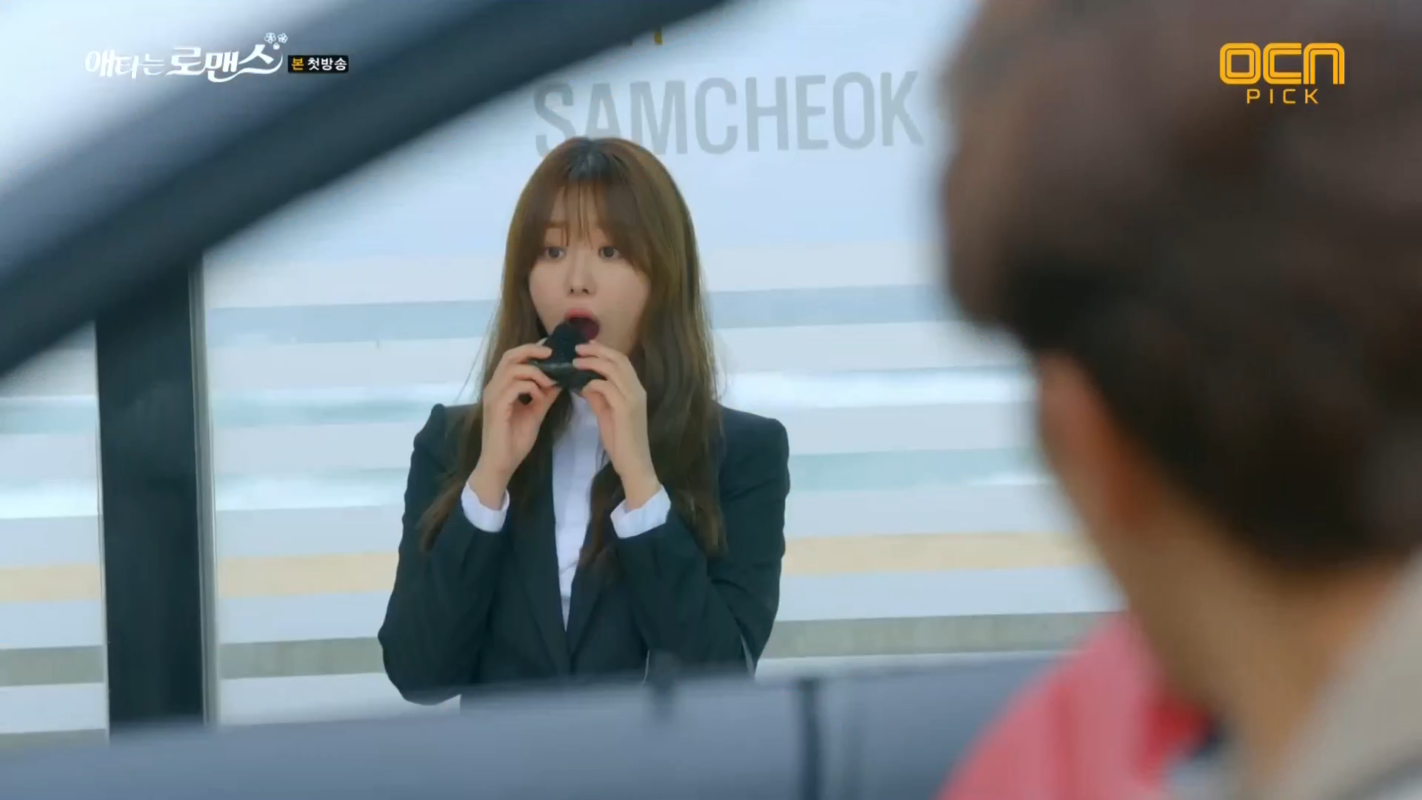 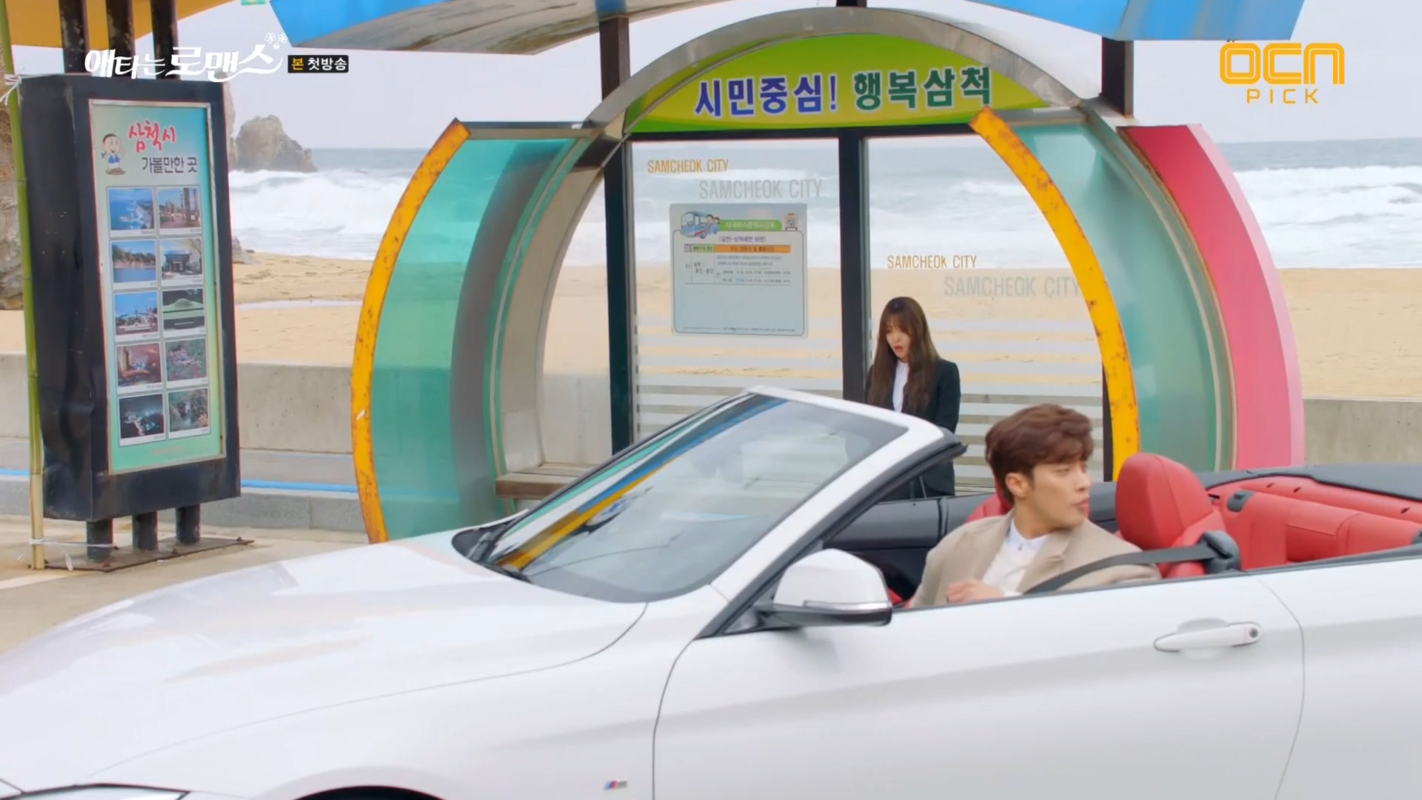 Lee Yoo-mi was at this bus stop in episode 1 of My Secret Romance (애타는 로맨스) (OCN, 2017). She was about to eat her samgak kimbap when Cha Jin-wook drove by. He stopped and offered her a ride. They ended up arguing again but Yoo-mi got in Jin-wook’s car after she heard that the buses have stopped running.