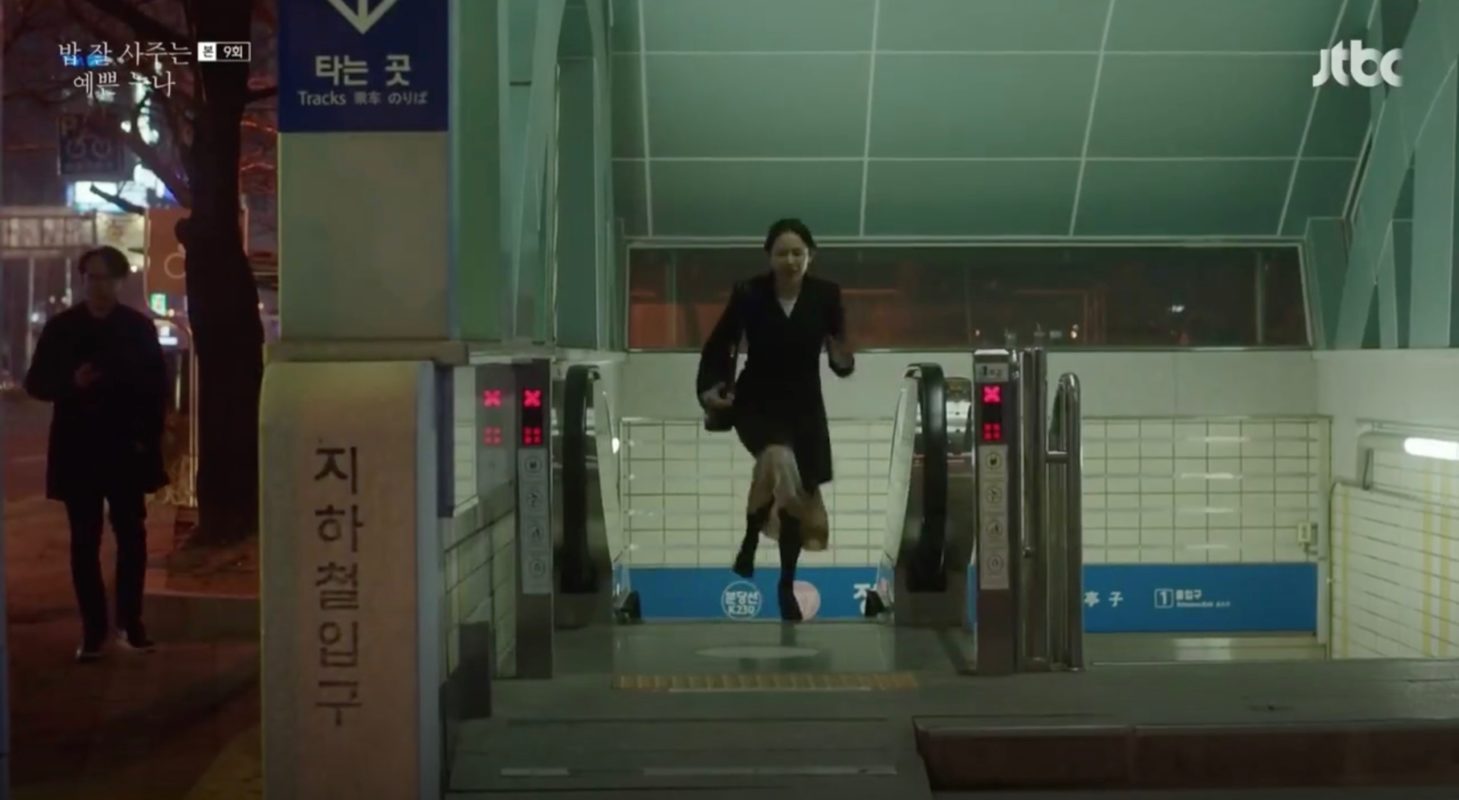 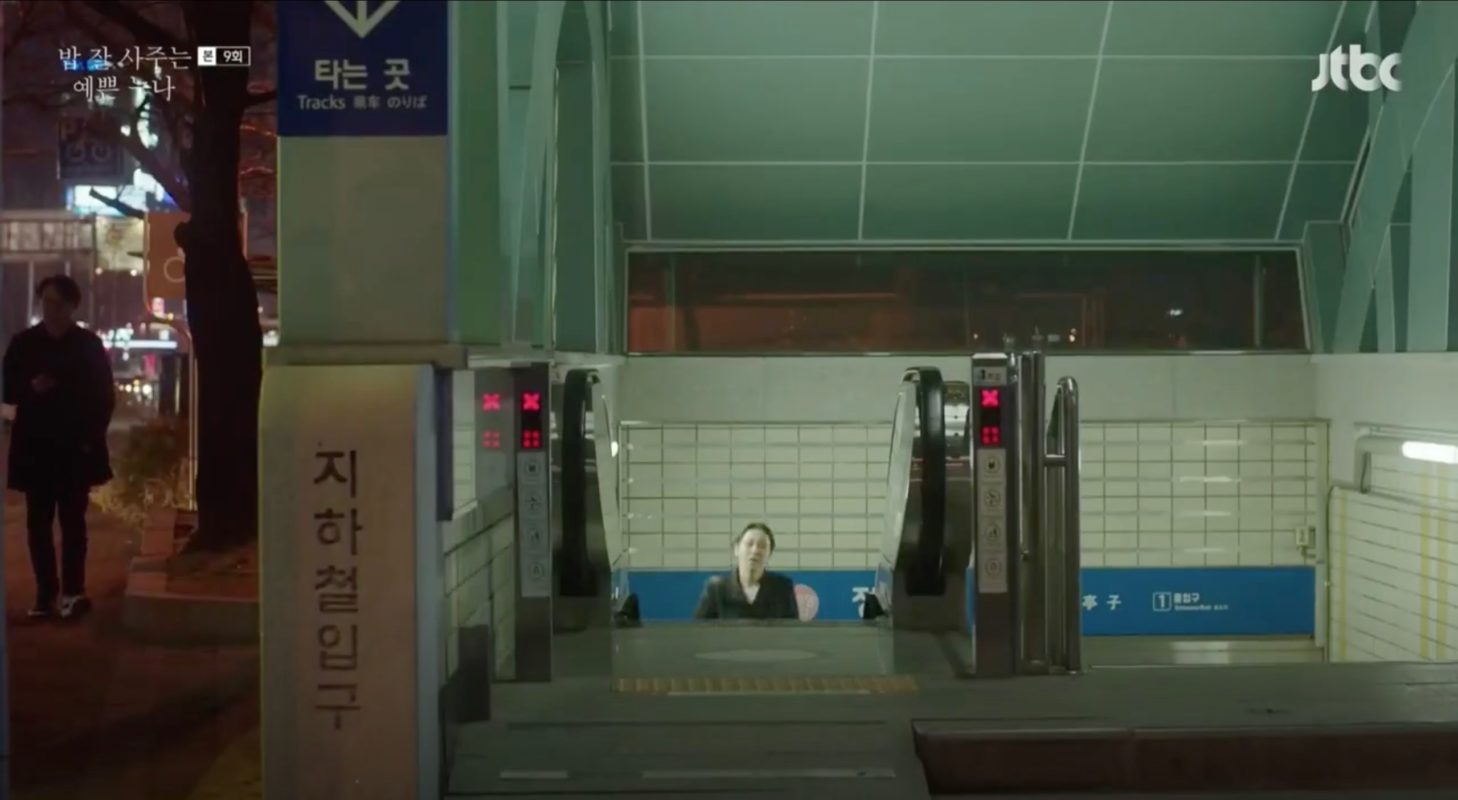 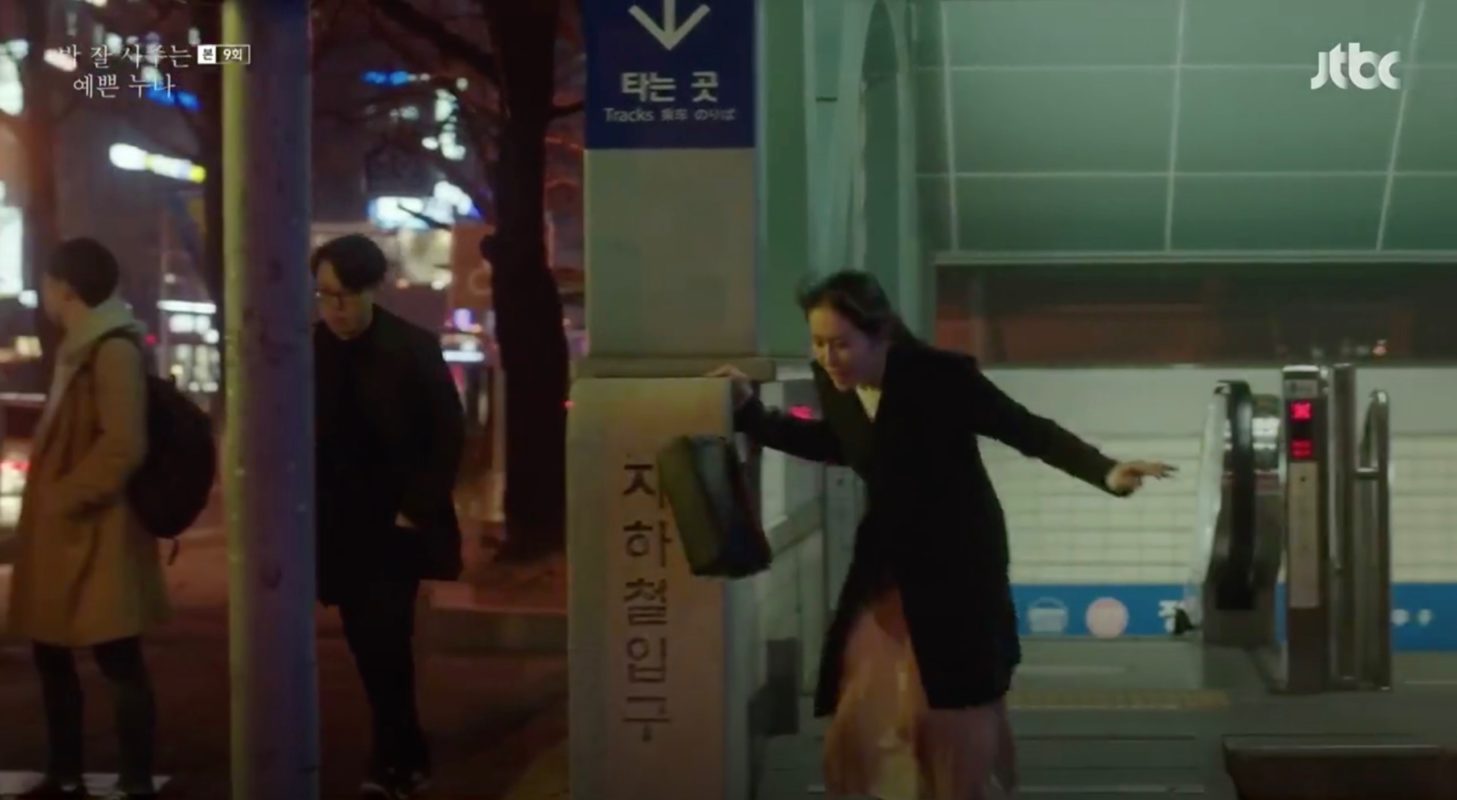 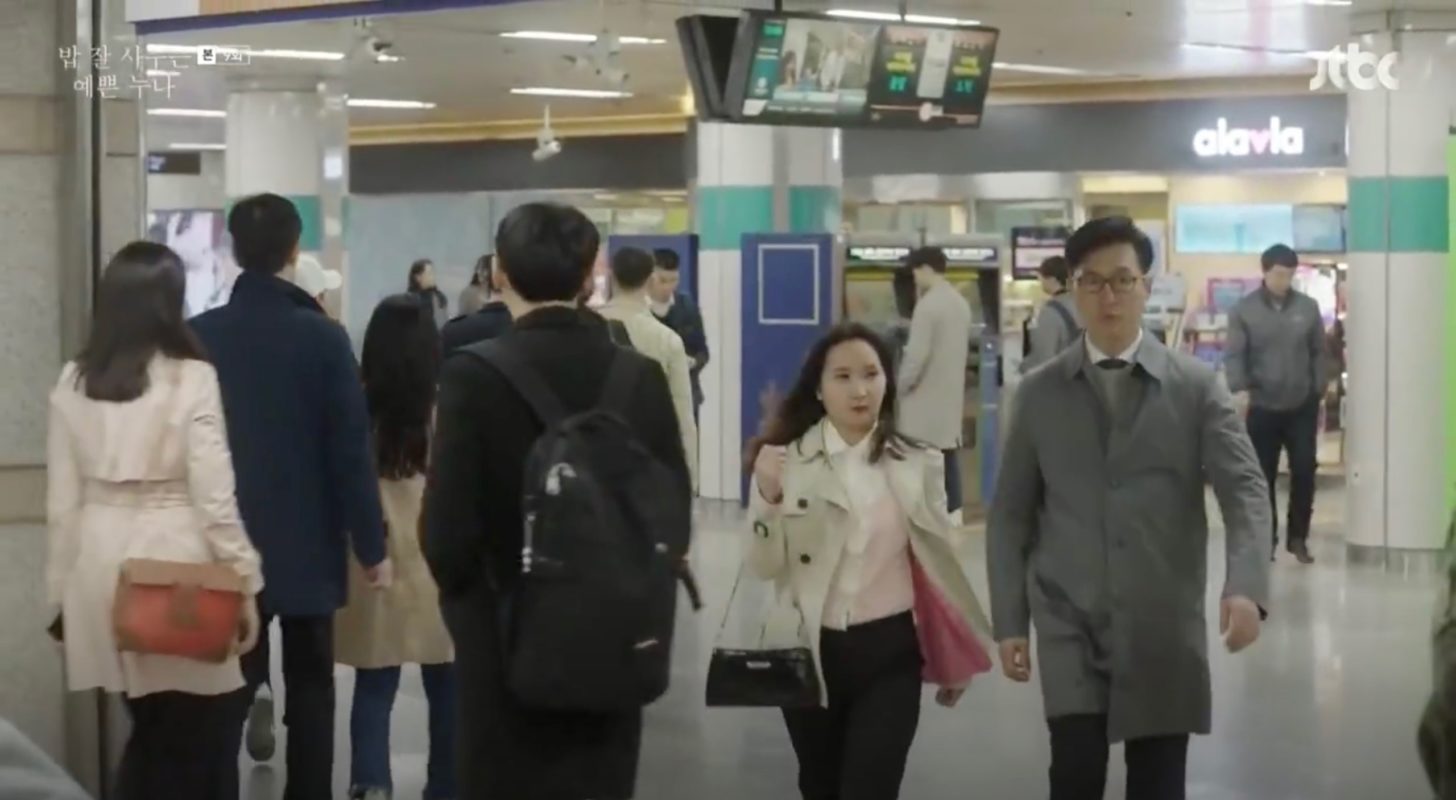 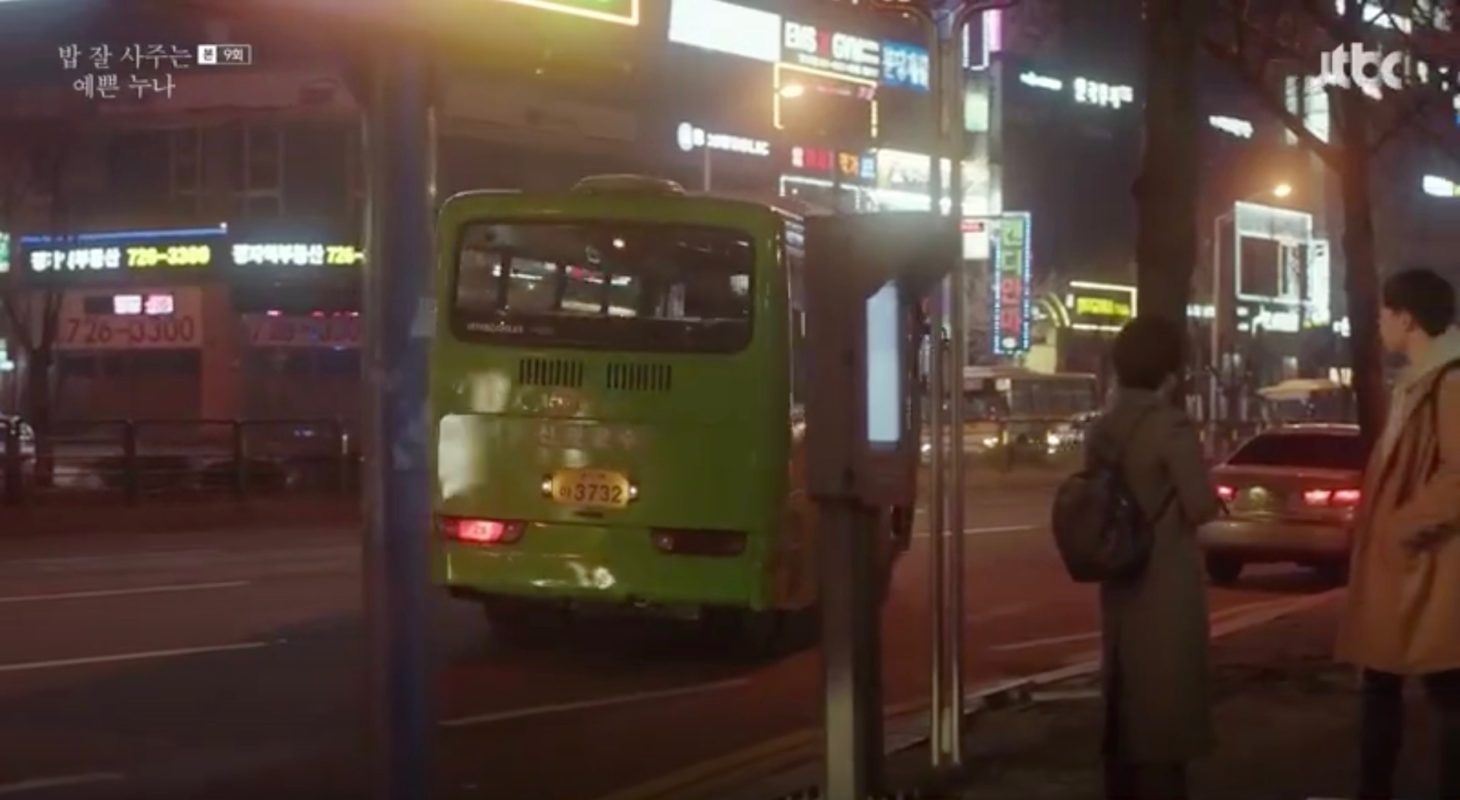 Yoon Jin-ah (Son Ye-jin) runs through this station and gets out of exit 1 of the Bundang Line to jump into a bus in episode 9 of Something in the Rain/Pretty Noona Who Buys Me Food/Pretty Sister Who Treats Me to Meals (밥 잘 사주는 예쁜 누나) (JTBC, 2018) on her way home to join Seo Joon-hee (Jung Hae-in) there who helps out her brother with computer problems.

Episode 3 of YouTube series Walkman – a spin-off of  Workman [워크맨] (Lululala, 2019-present) – was filmed here, where host Jang Sung-kyu was en route to visiting the headquarters of Naver.

The bus stop that Jin-ah takes the bus from in Something In The Rain is Jeongja Station [정자역(마을)].