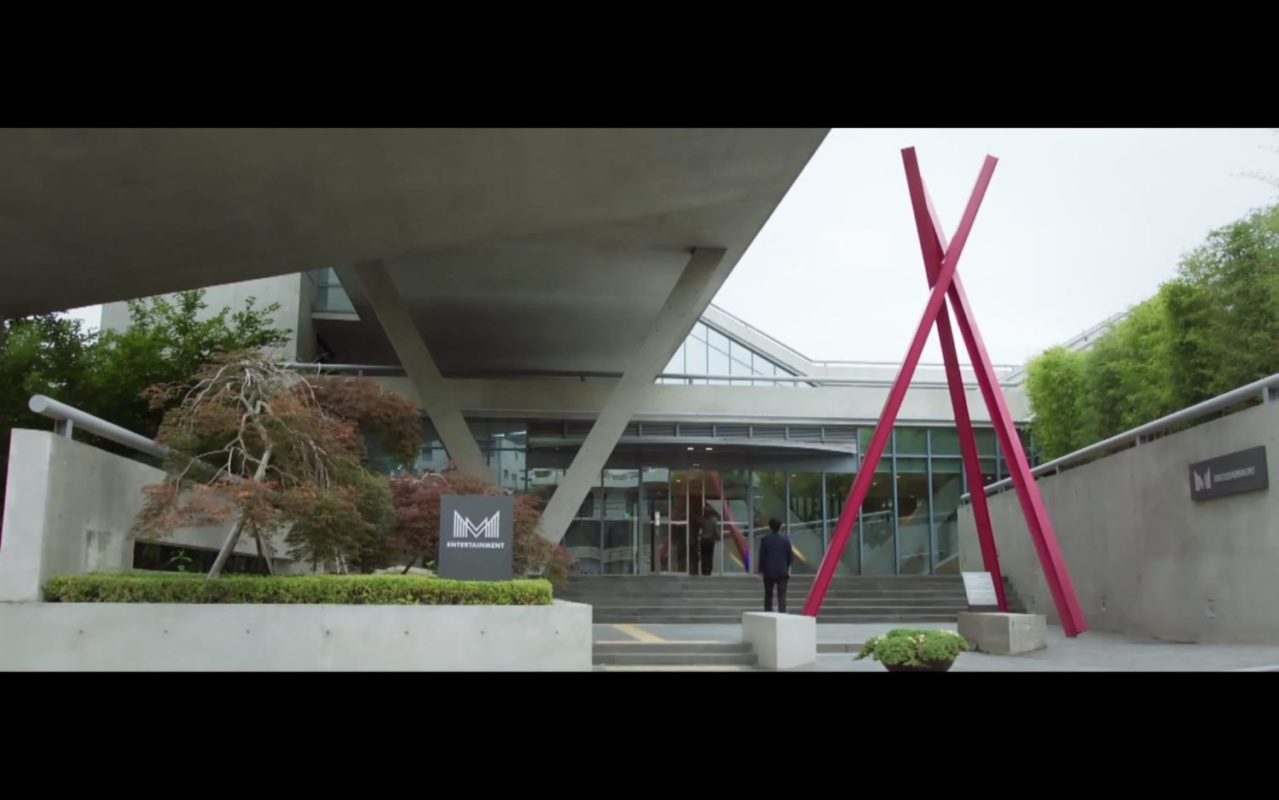 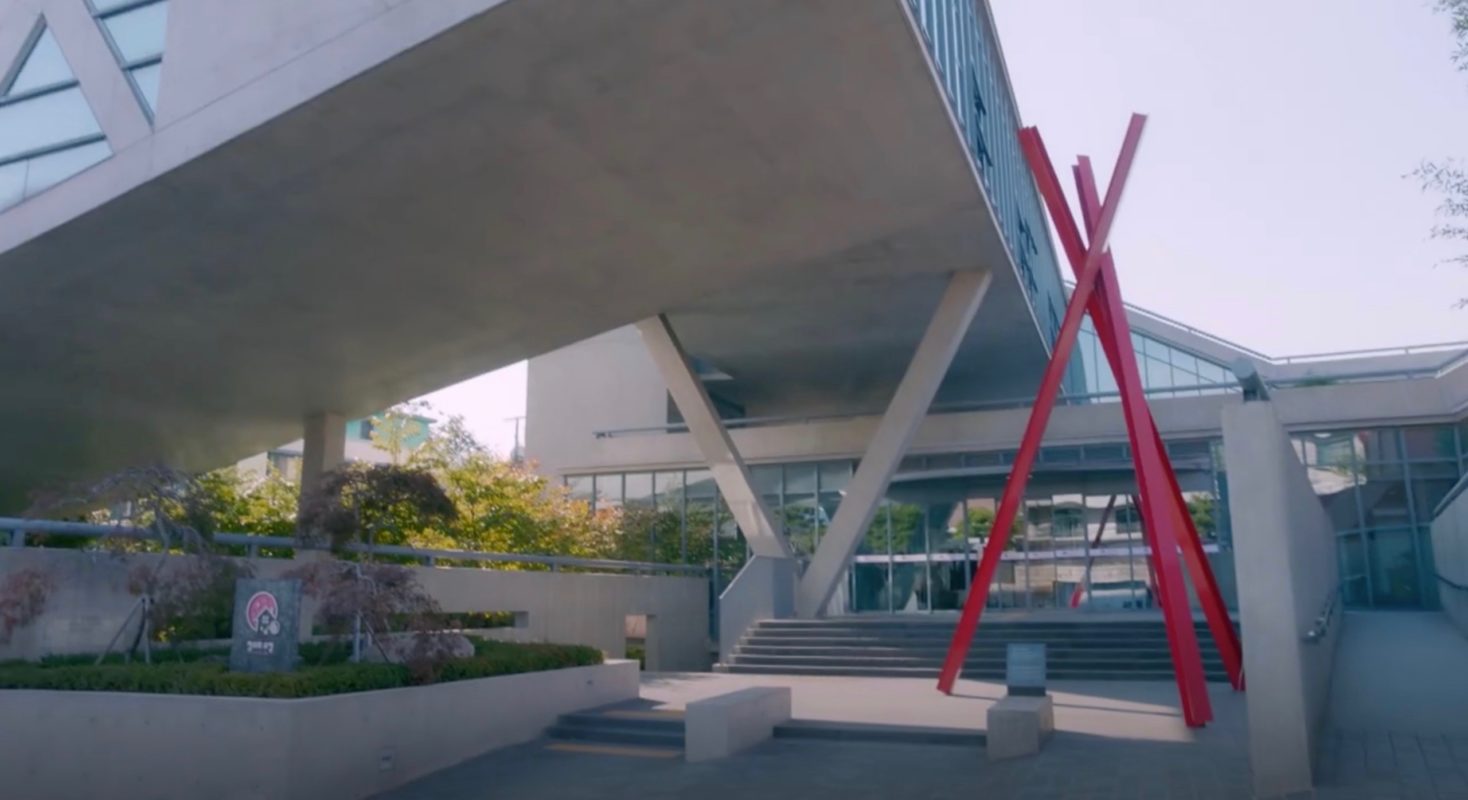 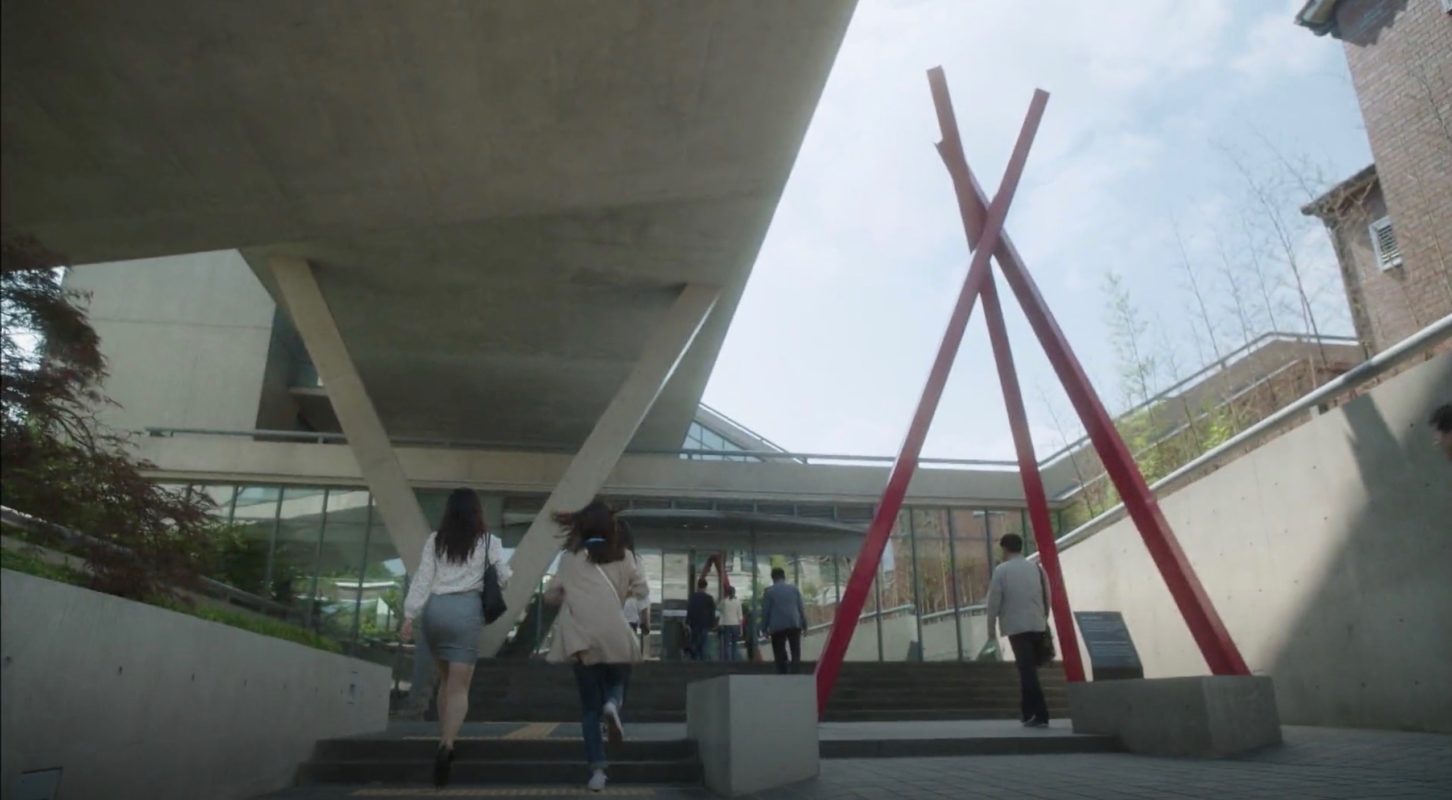 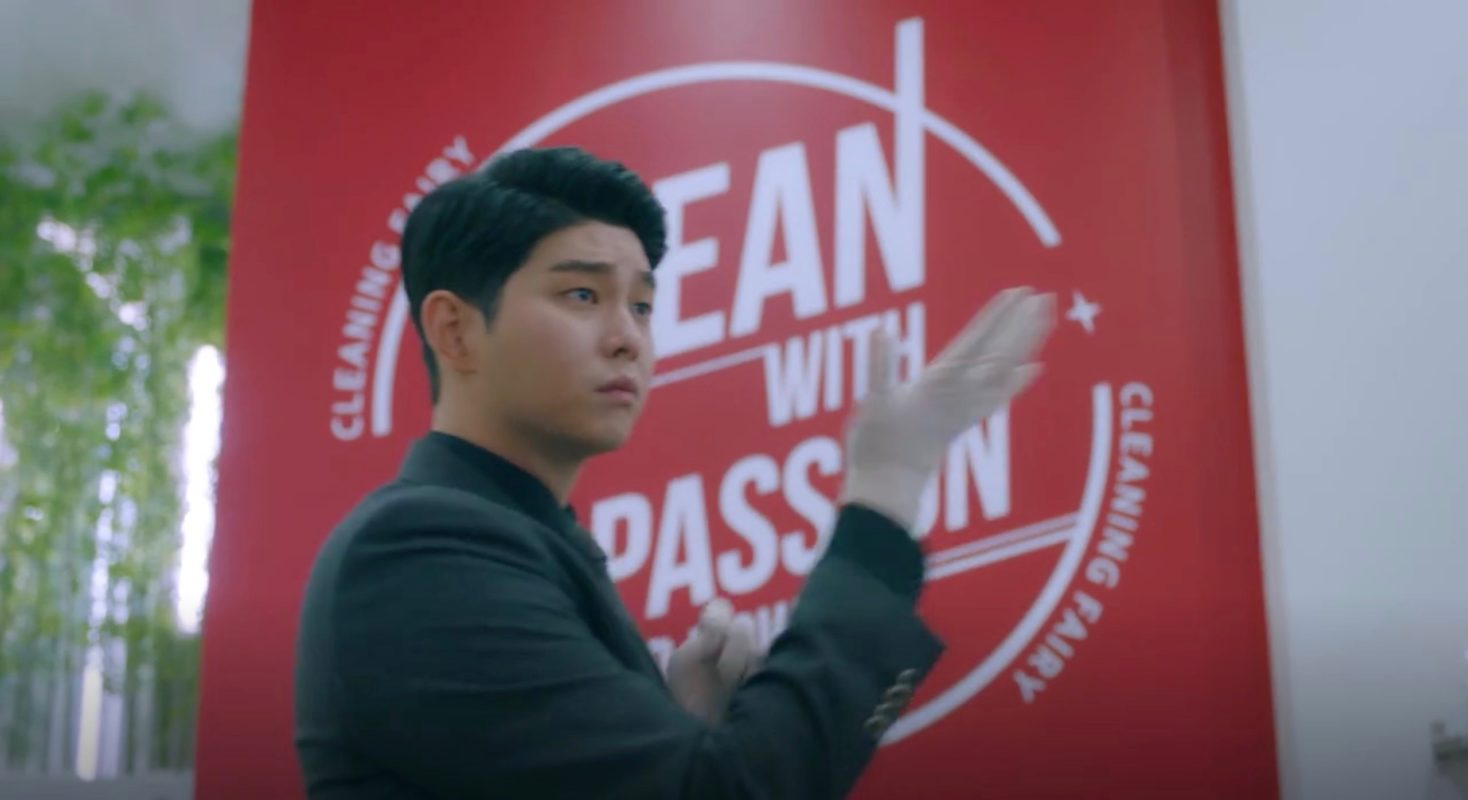 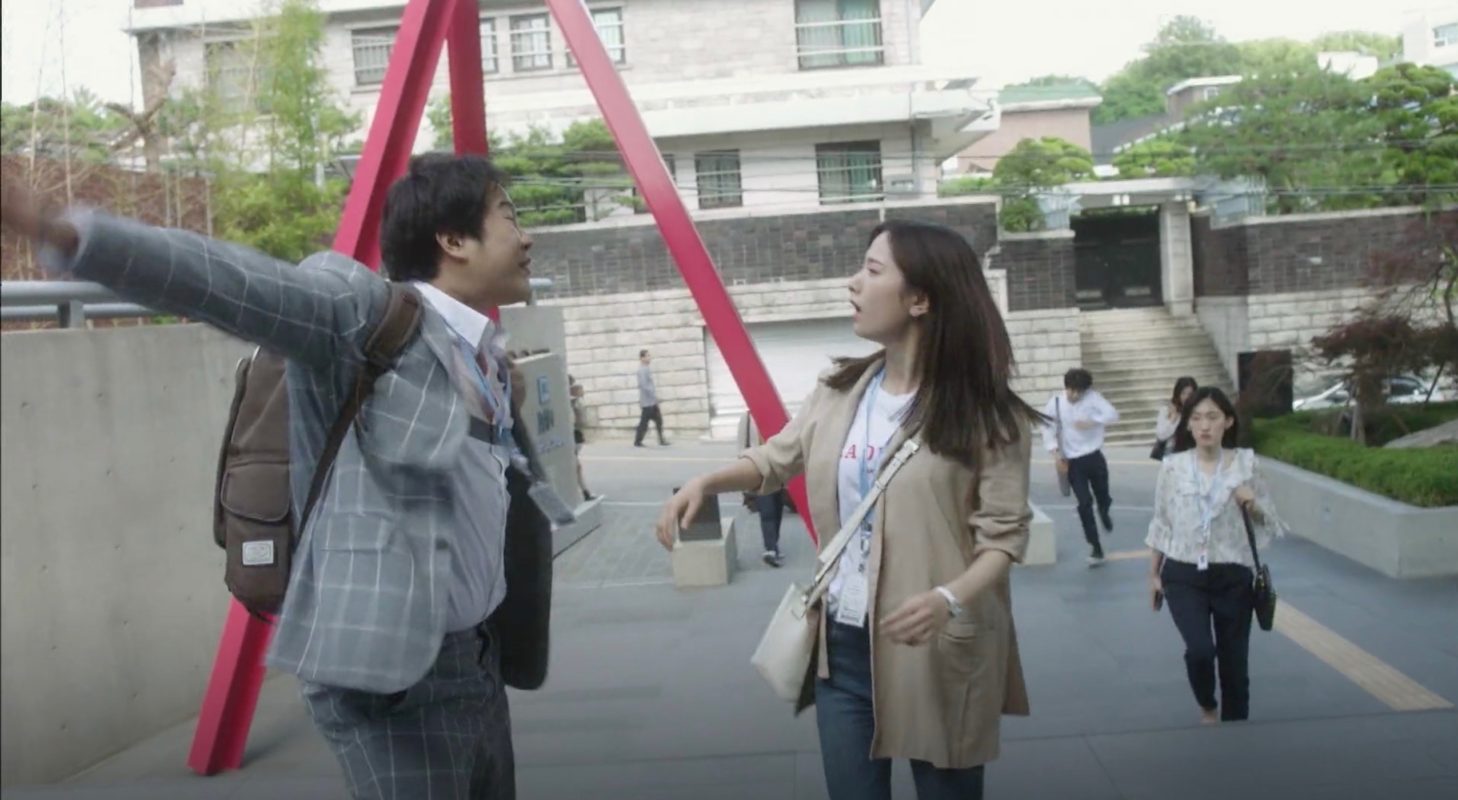 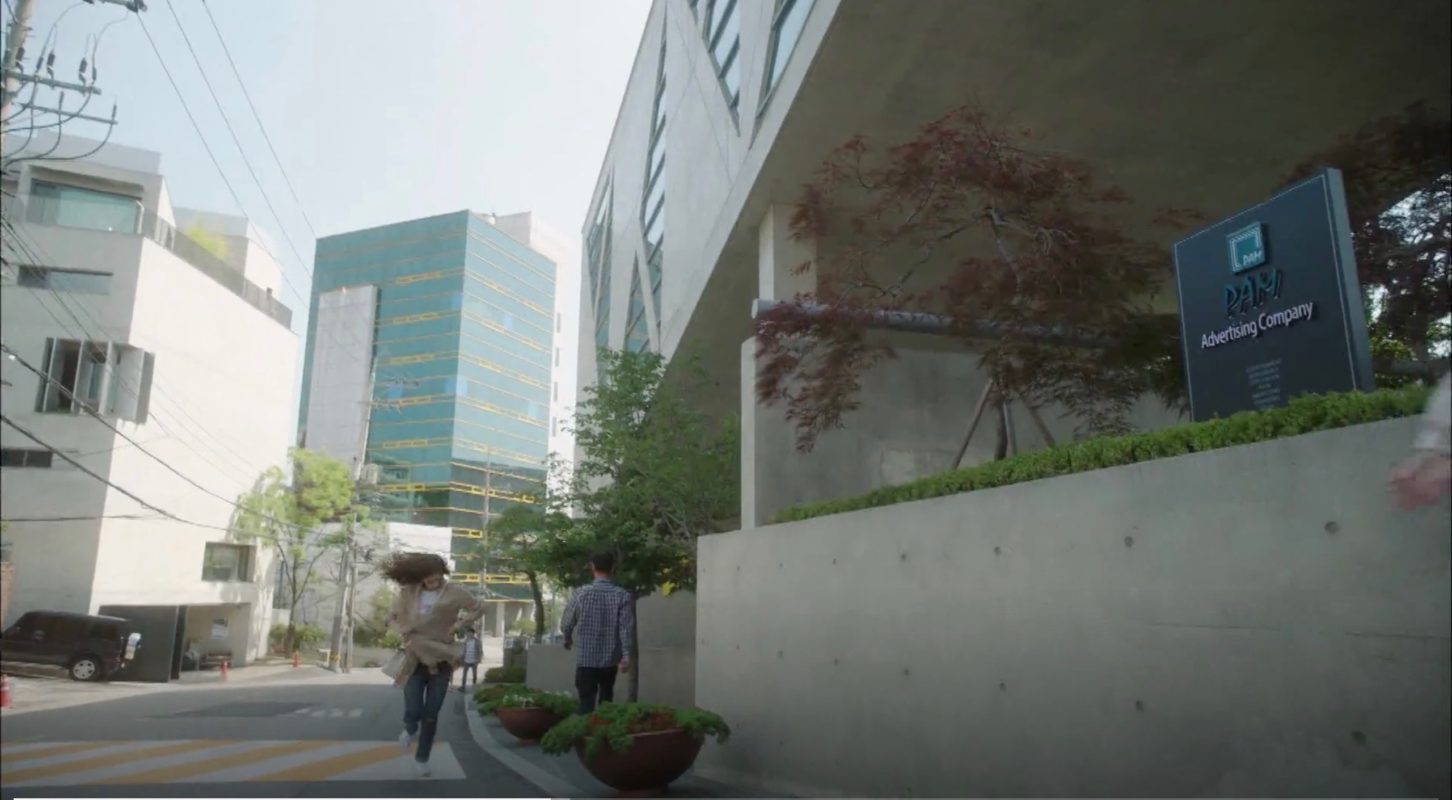 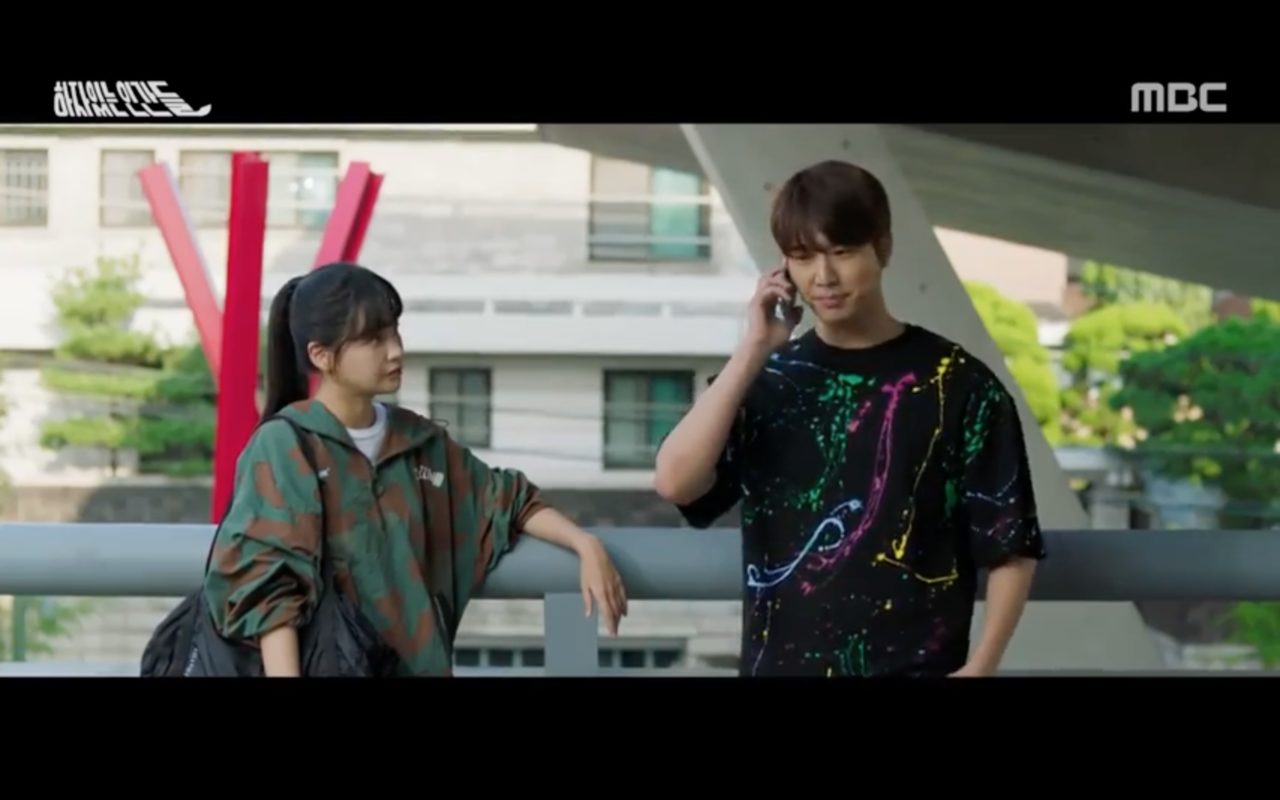 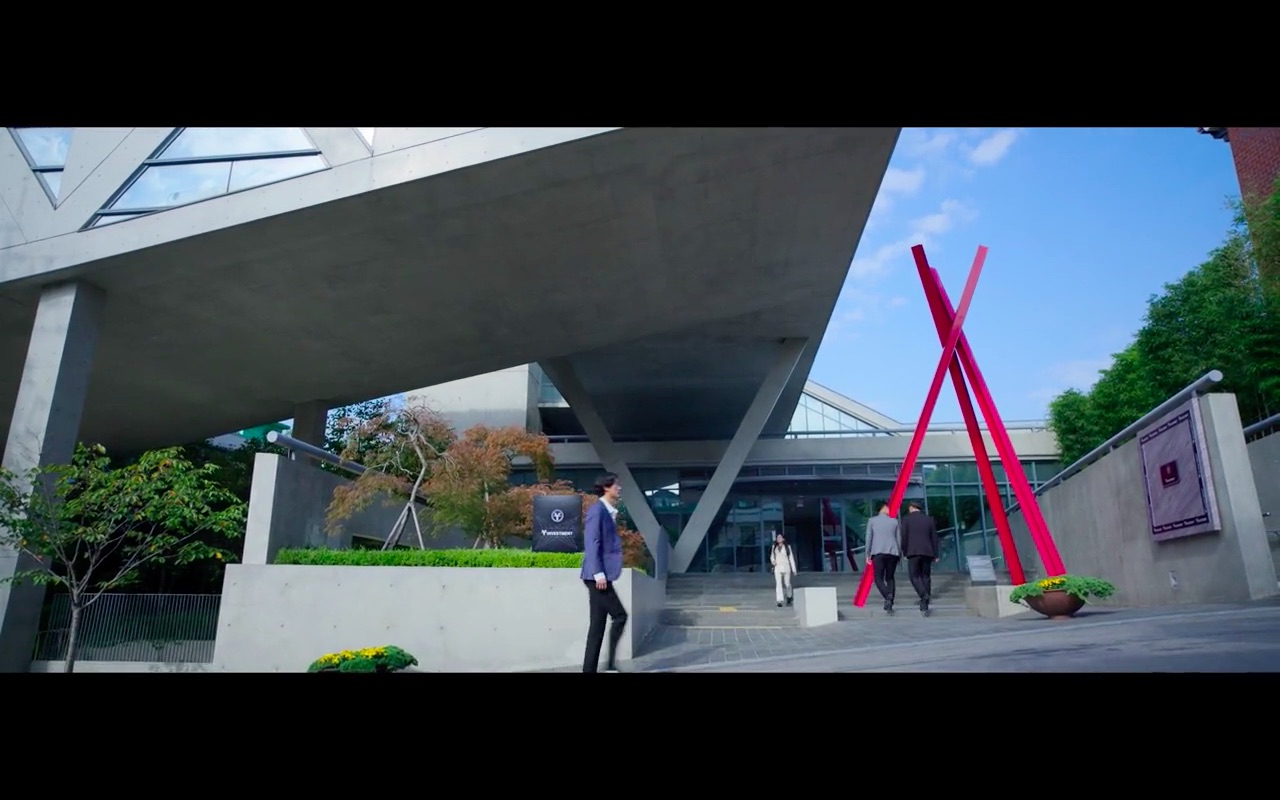 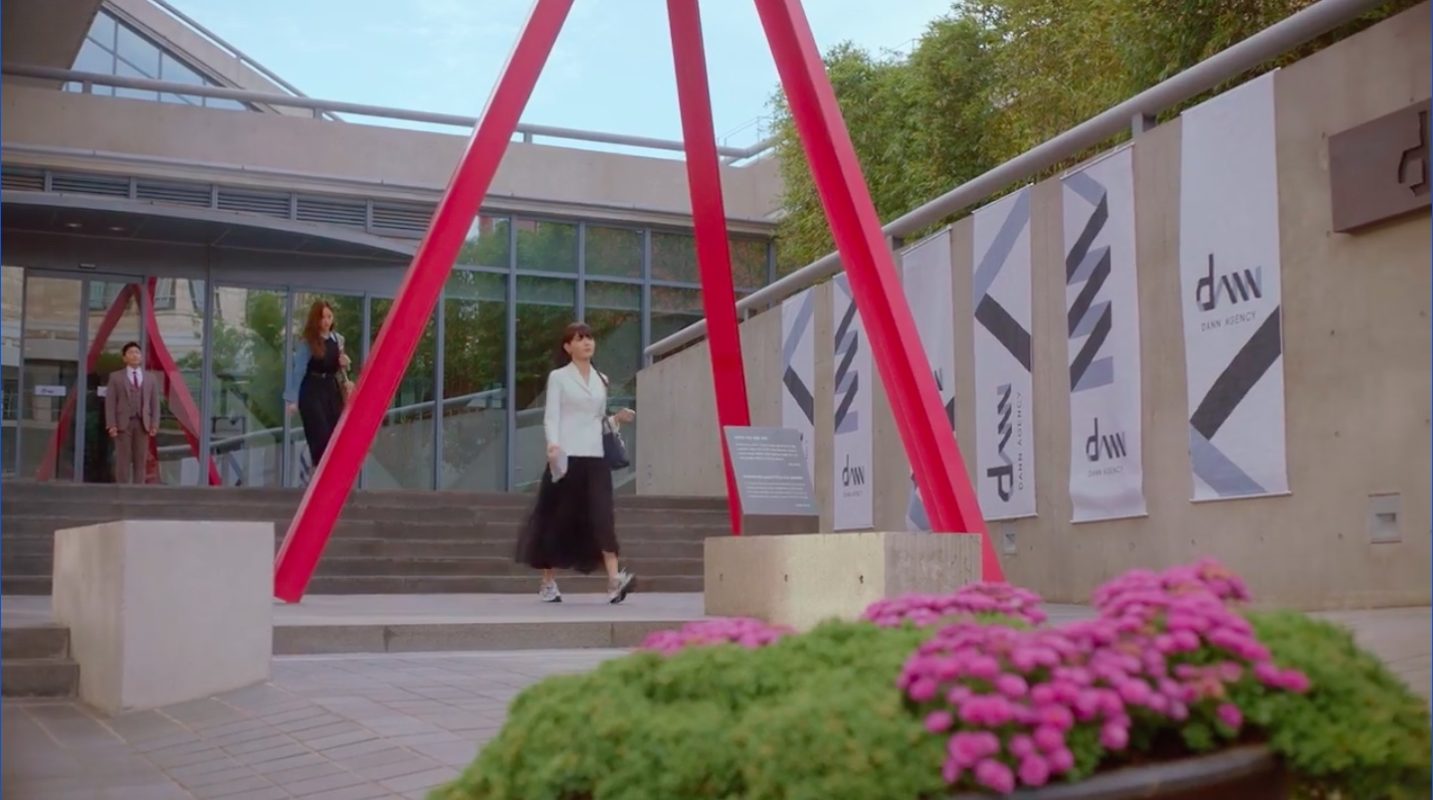 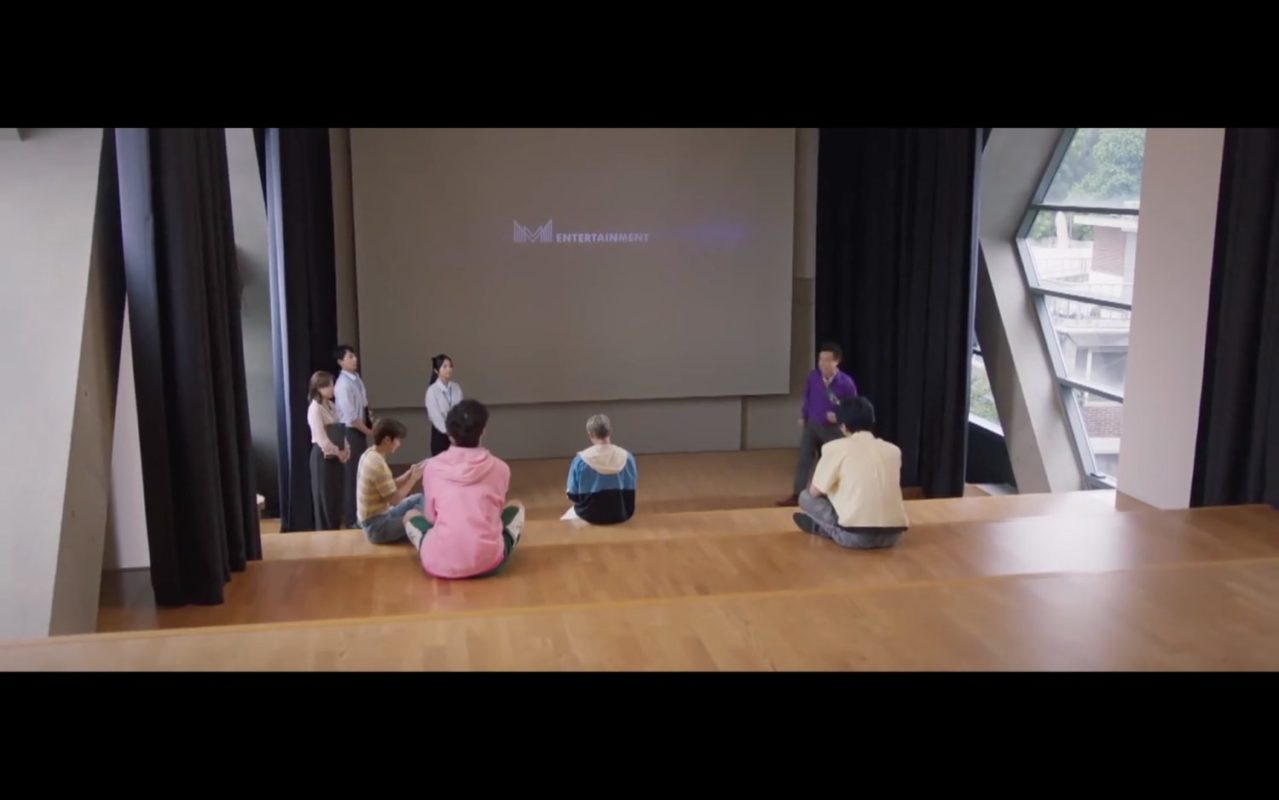 This appears as the ‘Superb Creative Center’ where creative agency RUN has its offices in Our Beloved Summer/That Year We (그 해 우리는) (SBS/Netflix, 2021-22), at which Kook Yeon-soo (Kom Da-mi) works at as public relations expert — as first seen in episode 3 (timestamp: 32:00).

This venue appears as the talent agency ‘High Seven Entertainment’ (or short: HS Entertainment), run by Park Hyun-soo (Heo Jeong-min) and at that Joo Seo-yeon’s (Oh Yeon-seo) brother Joo Seo-joon (Kim Jae-yong) trains at in Love With Flaws (하자있는 인간들) (MBC, 2019-20). She comes to meet him up here in episode 1 to ask him a favor as she is looking for the whereabouts of a student of hers.

In Your House Helper (당신의 하우스헬퍼) (KBS2, 2018), this building appears as ‘Pam Advertisement Agency,’ the company Im Da-Young (Bona of WJSN) works at — for instance, we see her rushing to work in episode 1.

This appears as the ‘Solen Music Studio’ in The Liar and His Lover/Lovely Love Lie (그녀는 거짓말을 너무 사랑해) (tvN, 2017) — as seen, for instance, in episode 3.

JCC Art and Creative Center [JCC크리에이티브센터], opened in October 2015, is an art and creative center offering “various cultural experiences” such as music performances, exhibitions, lectures and performances located in Seoul’s neighborhood Hyehwa [Hyehwa-dong/혜화동] in the Jongno District [Jongno-gu/종로구]. Together with culture communication space JCC [JCC 아트센터] it forms a “multi purpose complex for education and culture.”

This center is run by JEI, a South Korean company that operates in the education industry, and was designed by renowned Japanese architect Tadao Ando. The acronym “JCC” in the building’s name stands for ‘Jaeneung Culture Center’.