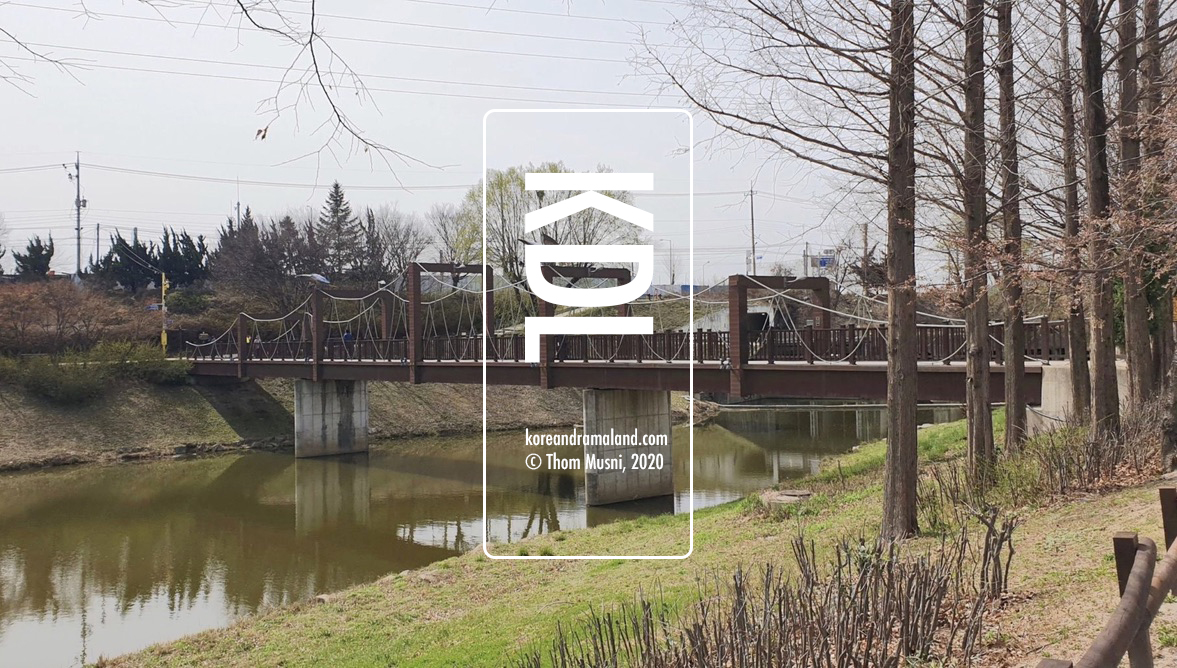 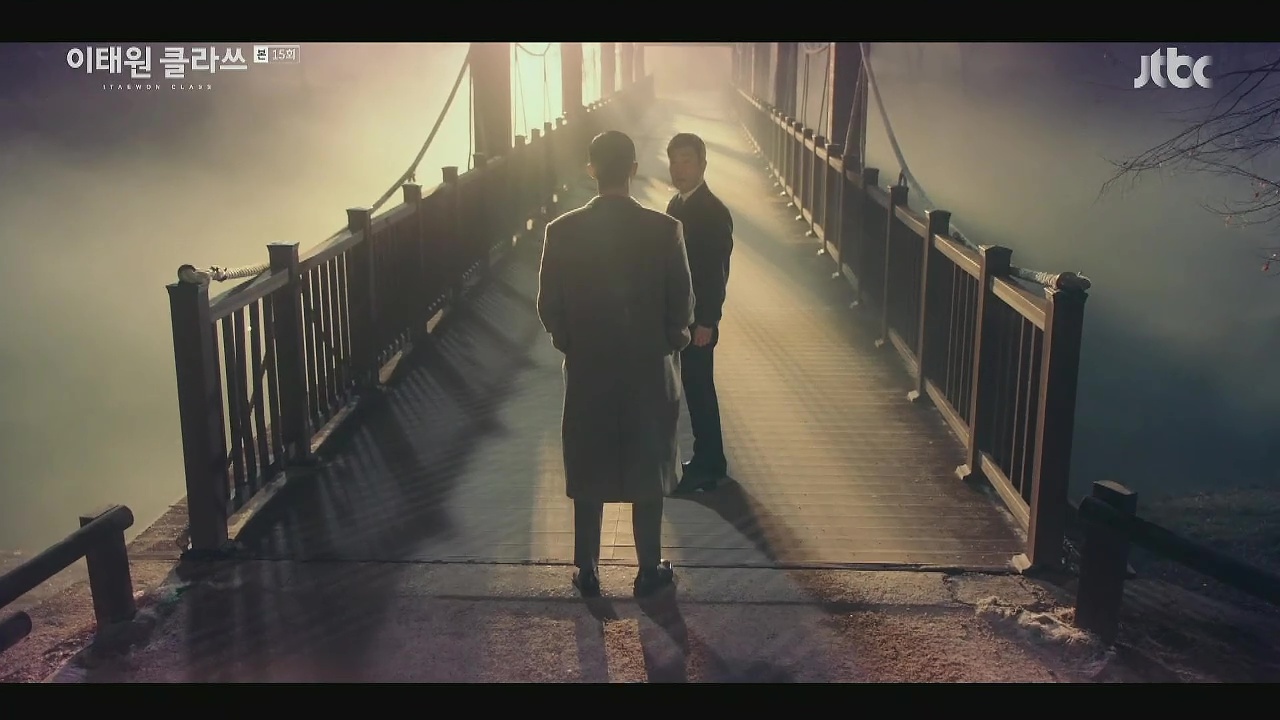 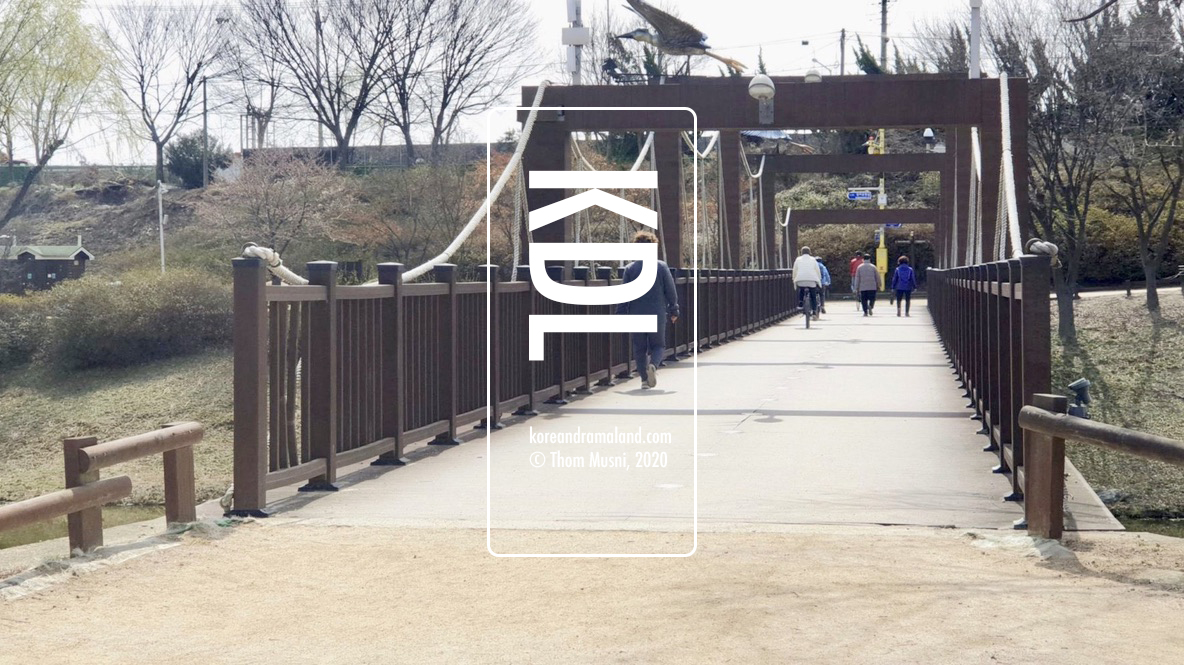 While in a coma at the hospital, Park Sae-ro-yi (Park Seo-joon) meets his father Park Sung-yeol (Son Hyun-joo) in a sort of day-dream at the wooden bridge of this park in episode 15 of Itaewon Class (이태원 클라쓰) (JTBC, 2020), and has a heart-to-heart to with him about his life lived so far until he wakes up.

Jangja Lake Park [장자호수공원], opened in 2002, is a public park located in Guri’s neighborhood Topyeong [Topyeong-dong/토평동]; about 20 minutes by public transport away from Guri Hangang Park aka Cosmos Park [구리시민한강공원/코스모스공원]. This lake park comes with a bike and walking paths, an ecology experience hall and an outdoor stage on which concerts and other events are regularly held on weekends. This park was also featured in Guri City’s promotional video ‘Stone Bridge Sonata (돌다리연가)’, published in 2018.

Getting here
Guri Station [구리역], Gyeongui–Jungang Line, Exit 2 or 3
(About 20 min. by bus from here)