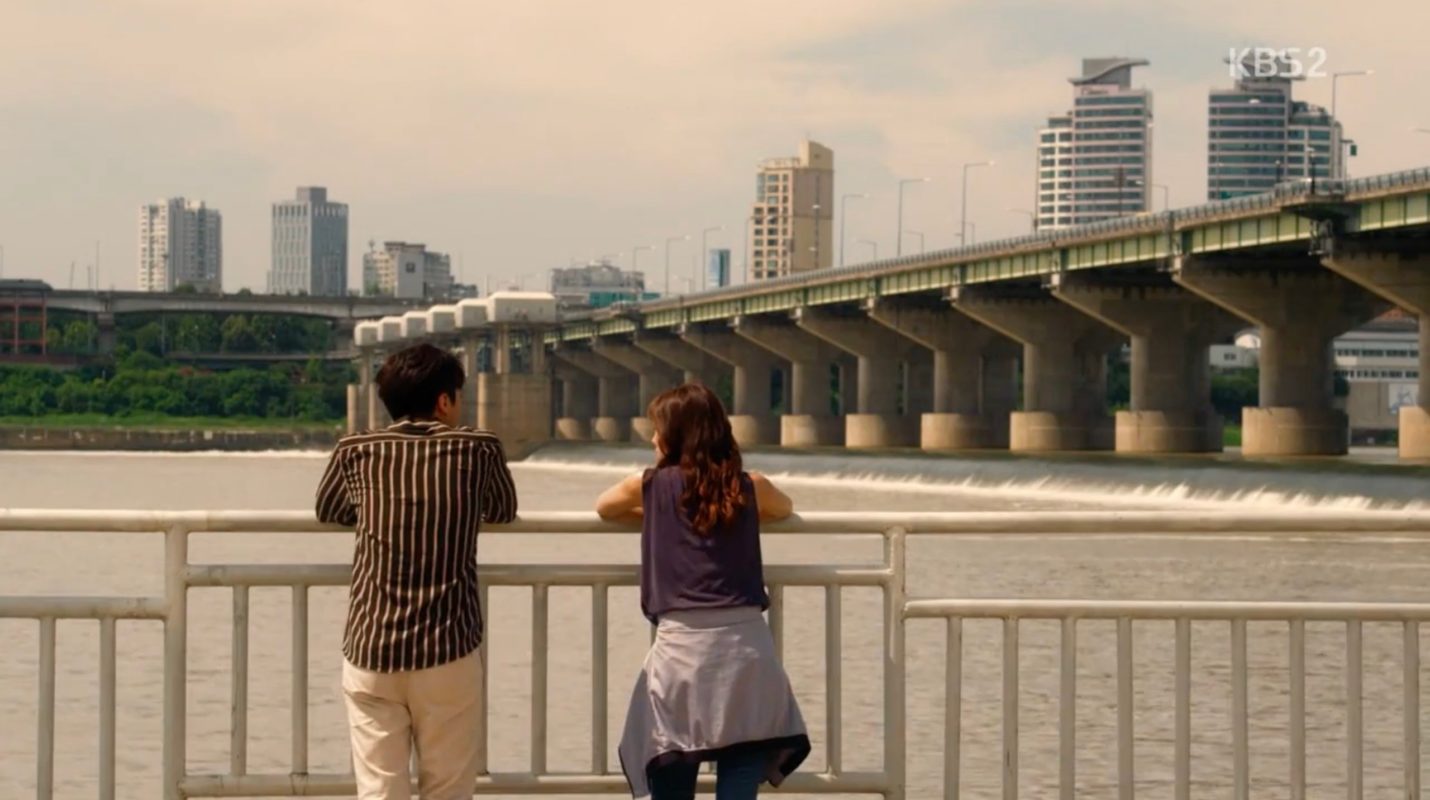 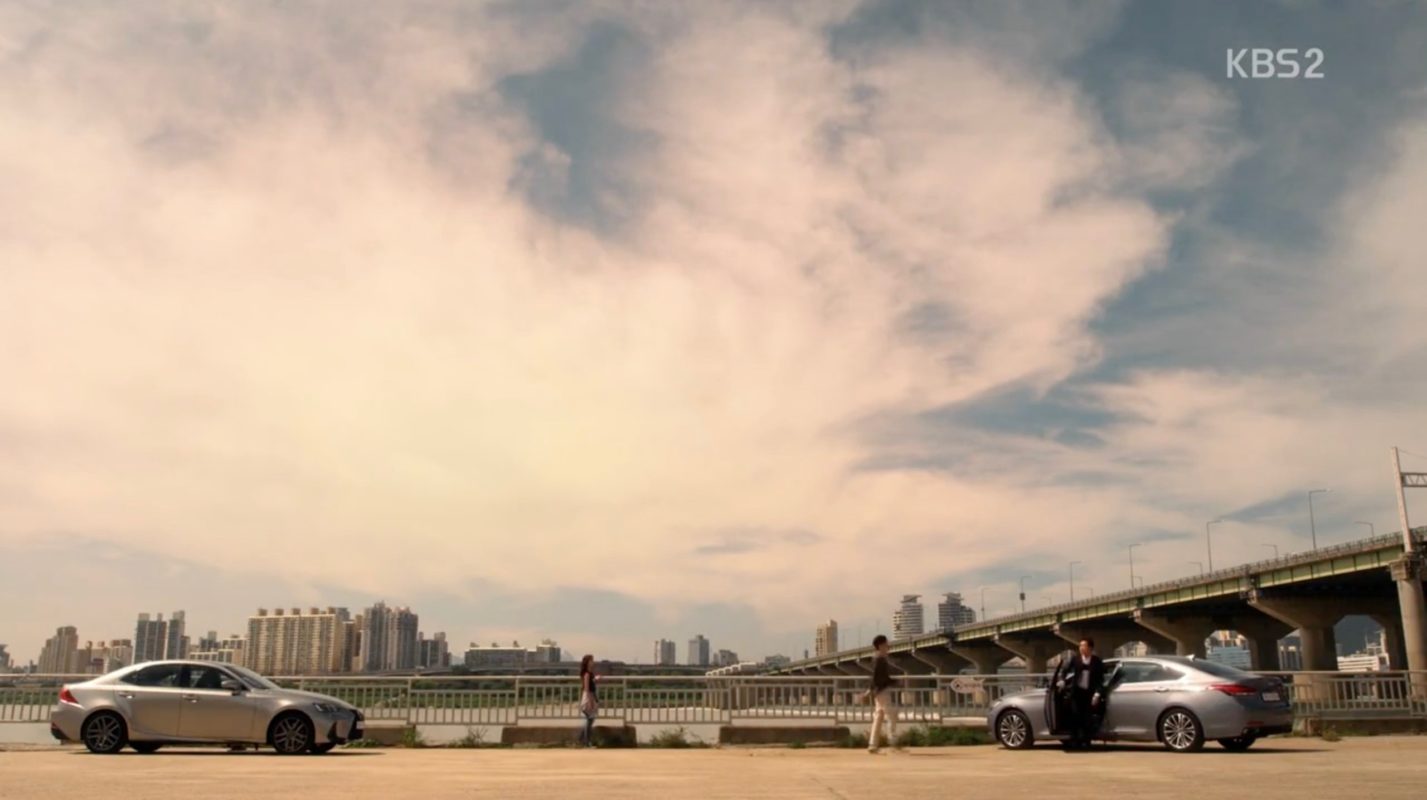 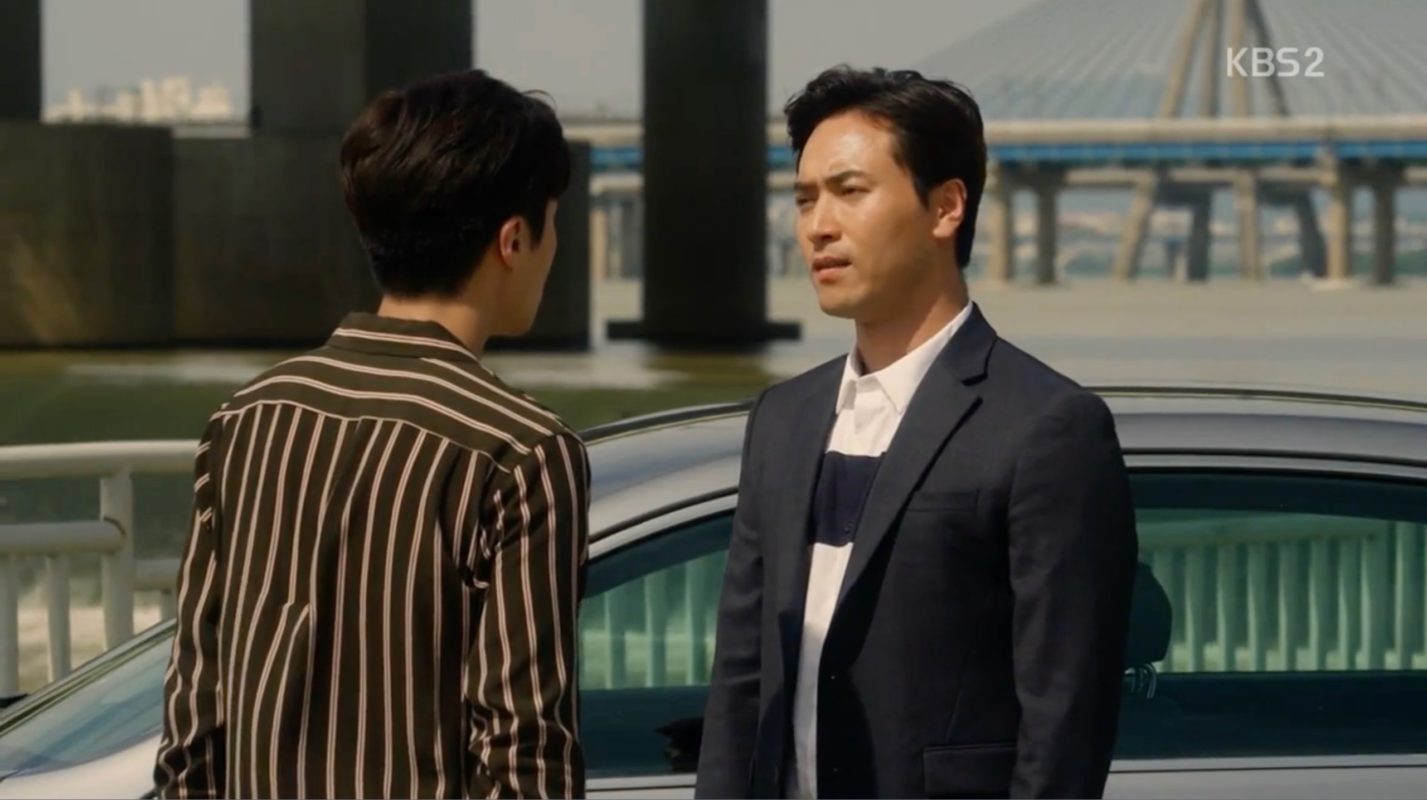 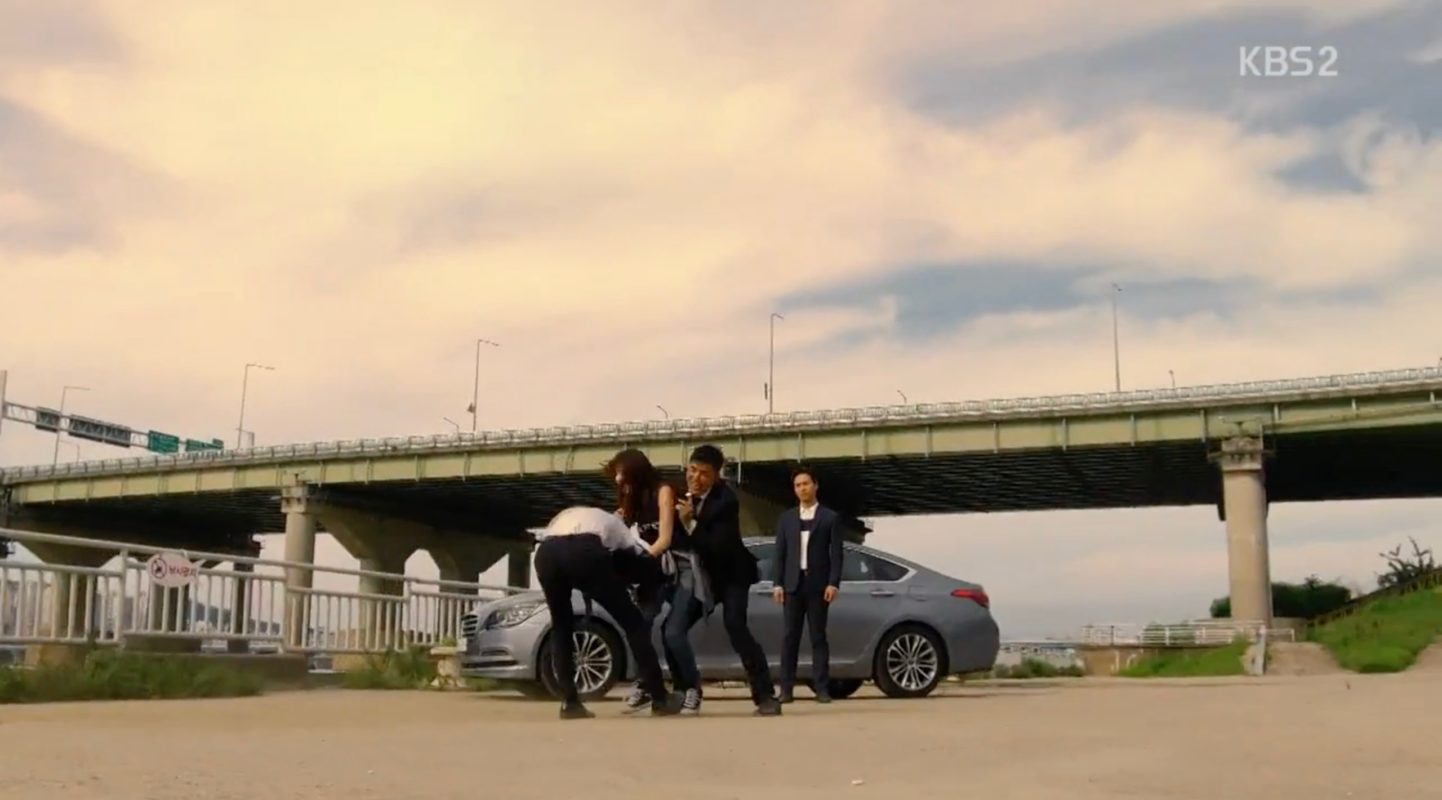 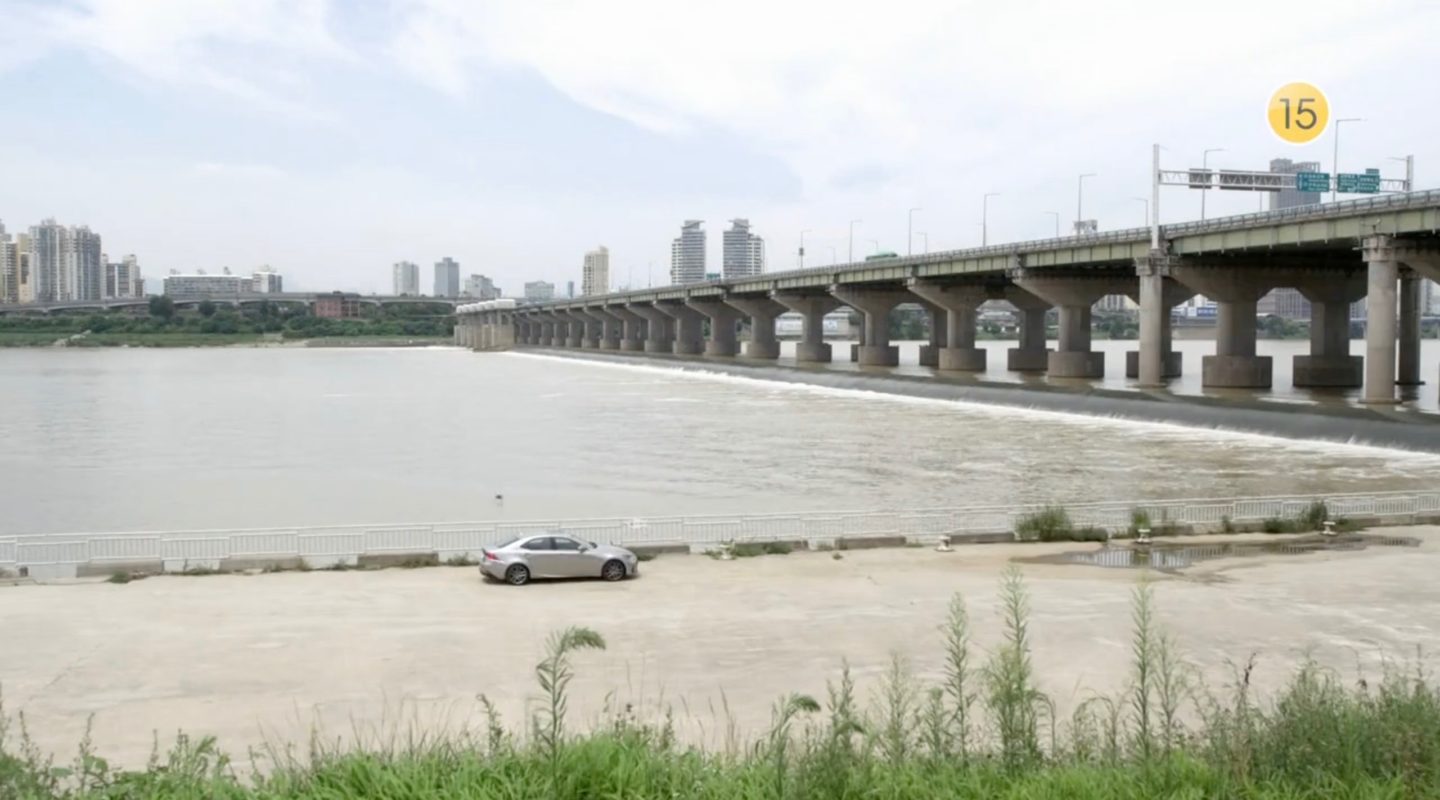 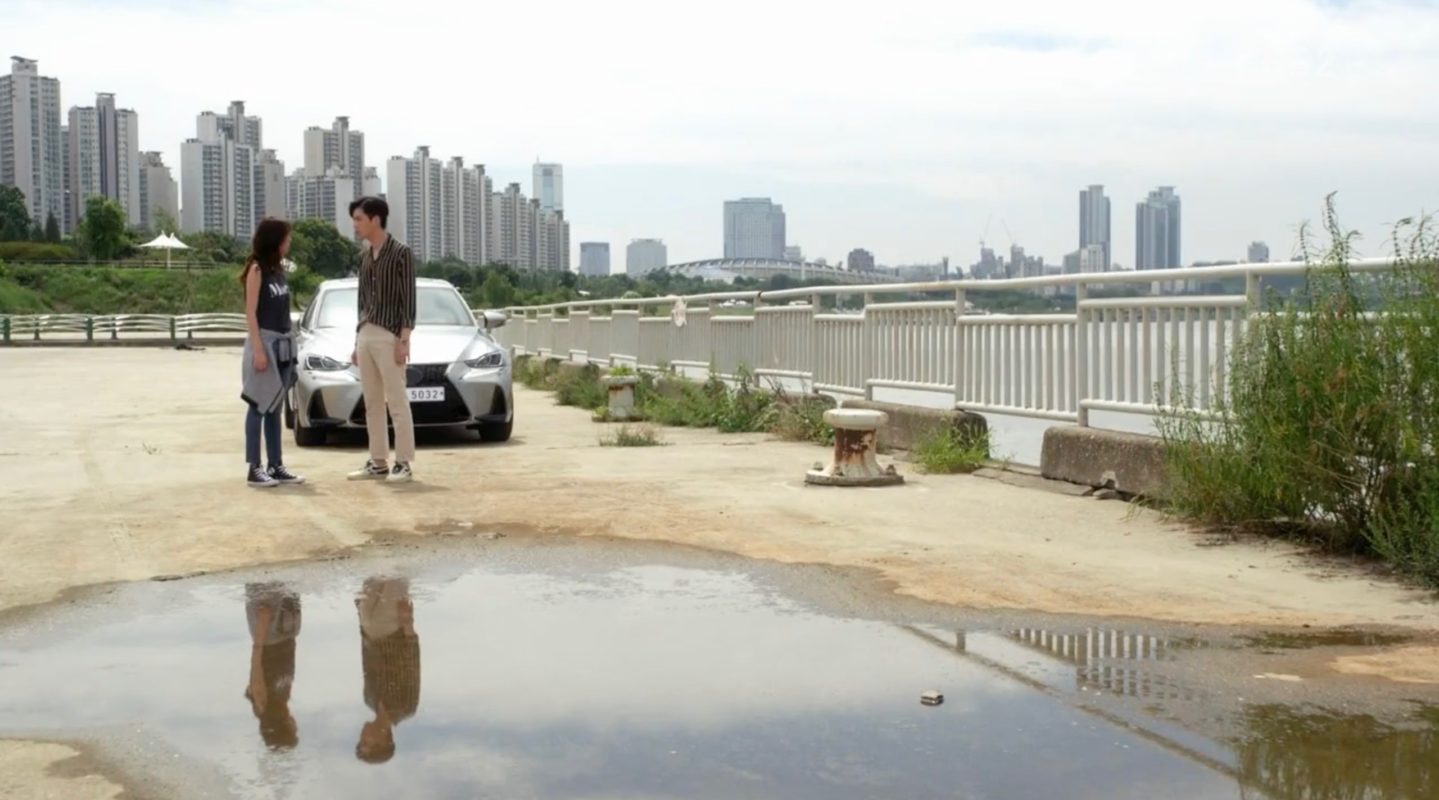 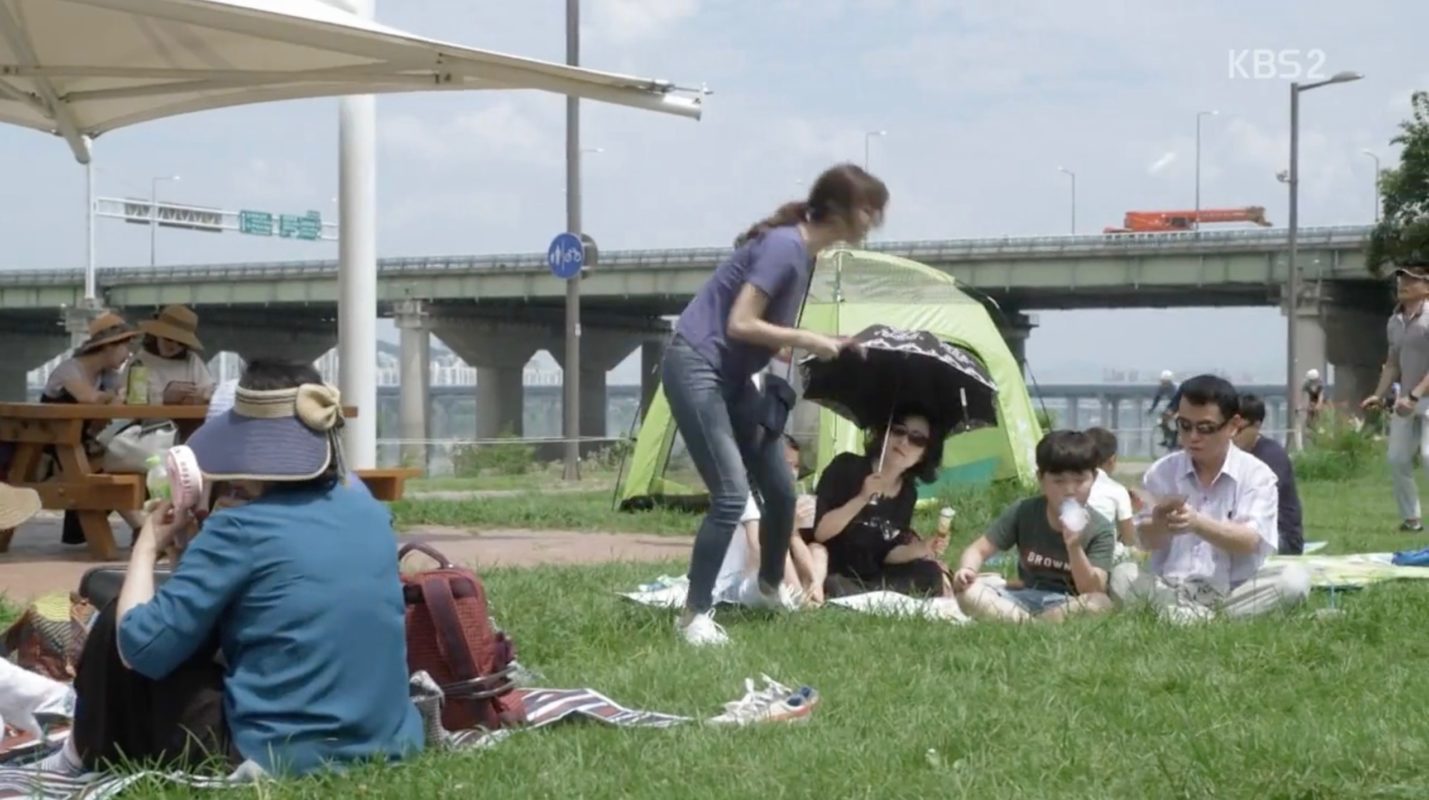 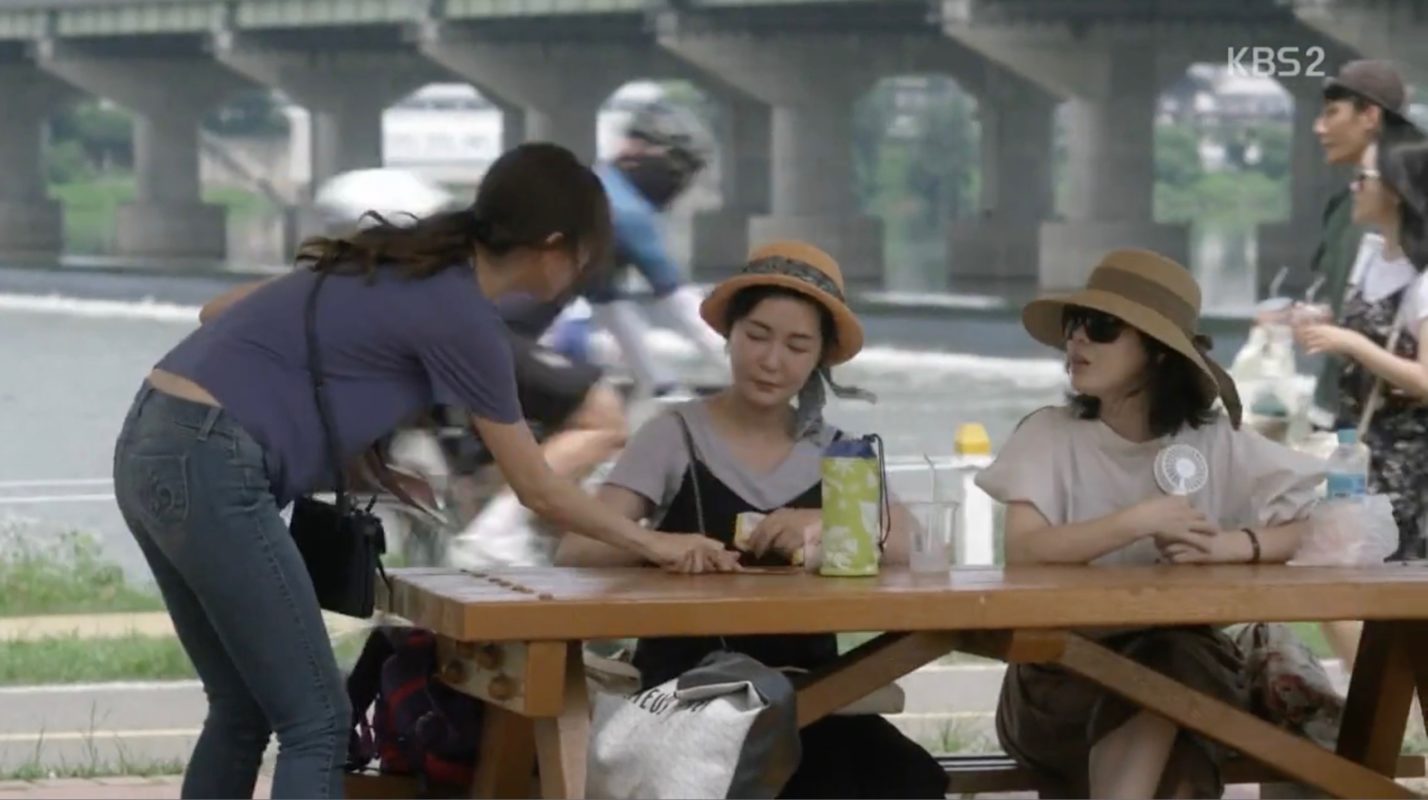 Cha Jeong-Hyeok (Joo Sang-wook) thinks back to the moment in episode 7 of Touch (터치/Teochi) (Channel A, 2020) when Baek Ji-yoon (Han Da-gam) broke up with him on the parking space at the feet of this bridge.

While on the run from the police, Oh Jin-kyu (Kim Sun-ho) drives here in episode 5 of Strongest Deliveryman (최강 배달꾼) (KBS2, 2017) with Lee Dan-ah (Chae Soo-bin) at his side. He waits for his brother in hope that he’d help him out, but this time he won’t. Later in episode 5, we see Dan-ah handing out flyers for take out food at the foot of this bridge.

Jamsil Bridge [잠실대교], completed in 1972, is located in Jamsil Hangang Park and is one of the bridges that crosses the Han River. It connects Seoul’s neighborhoods Jamsil 6(yuk) [Jamsil 6(yuk)-dong/잠실6동] in the Songpa District [Songpa-gu/송파구] and Jayang [Jayang-dong/자양동] in the Gwangjin District [Gwangjin-gu/광진구]. GS25 — Jamsil Hangang 3rd Store [잠실한강3호점] sits at the foot of this bridge.