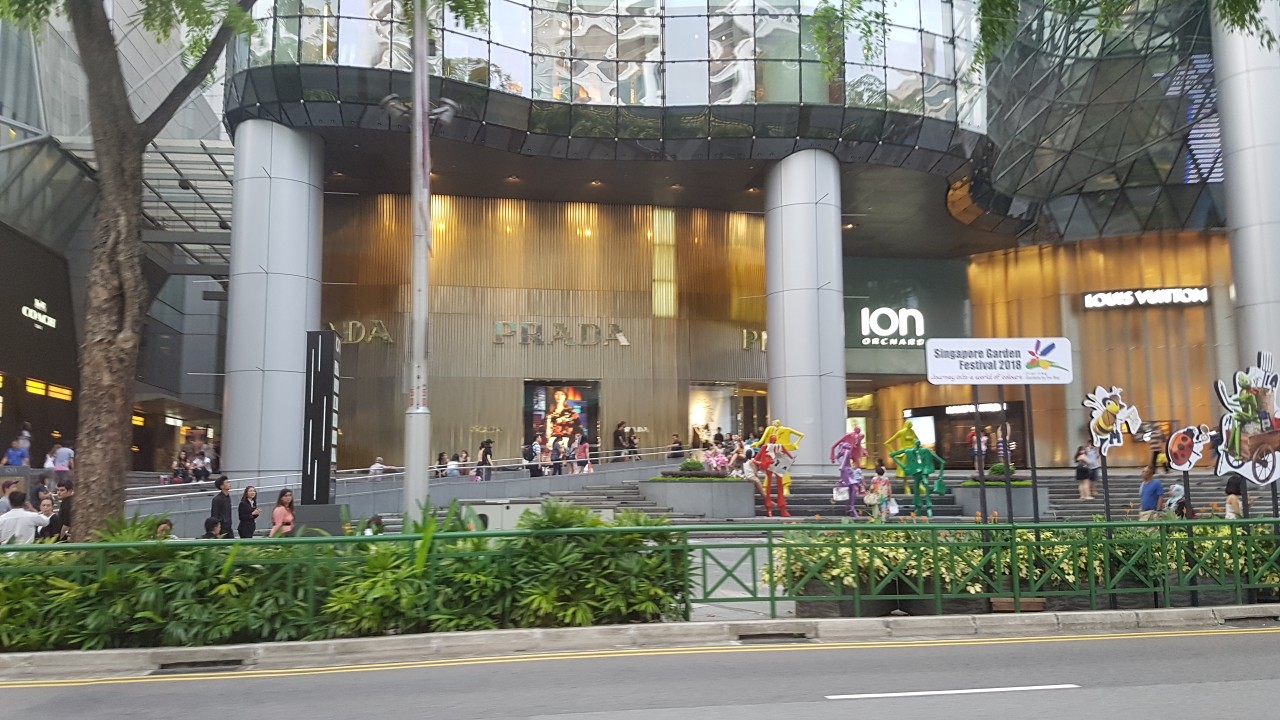 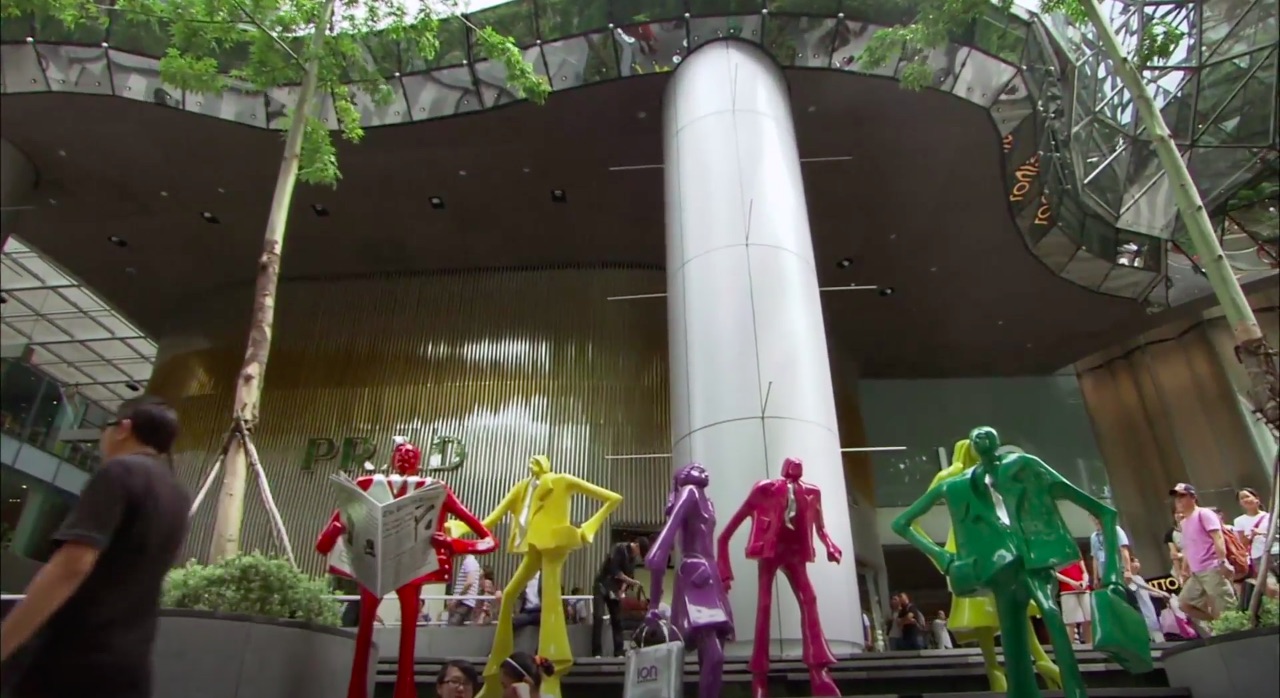 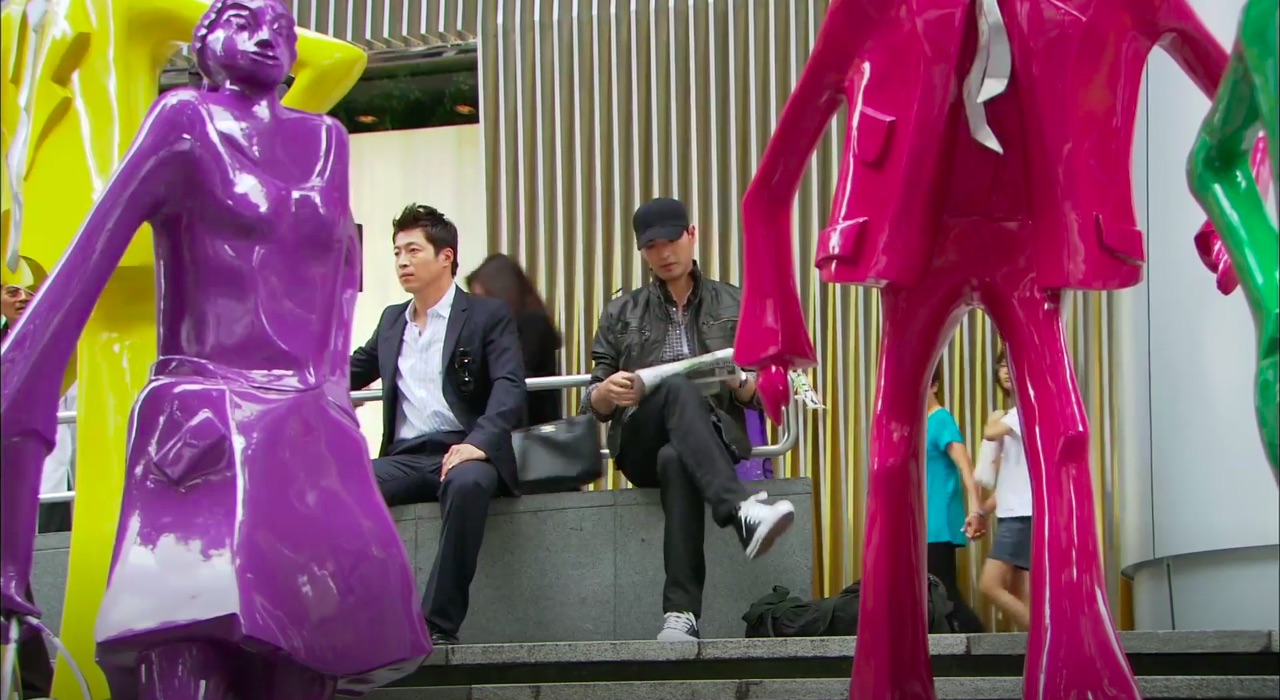 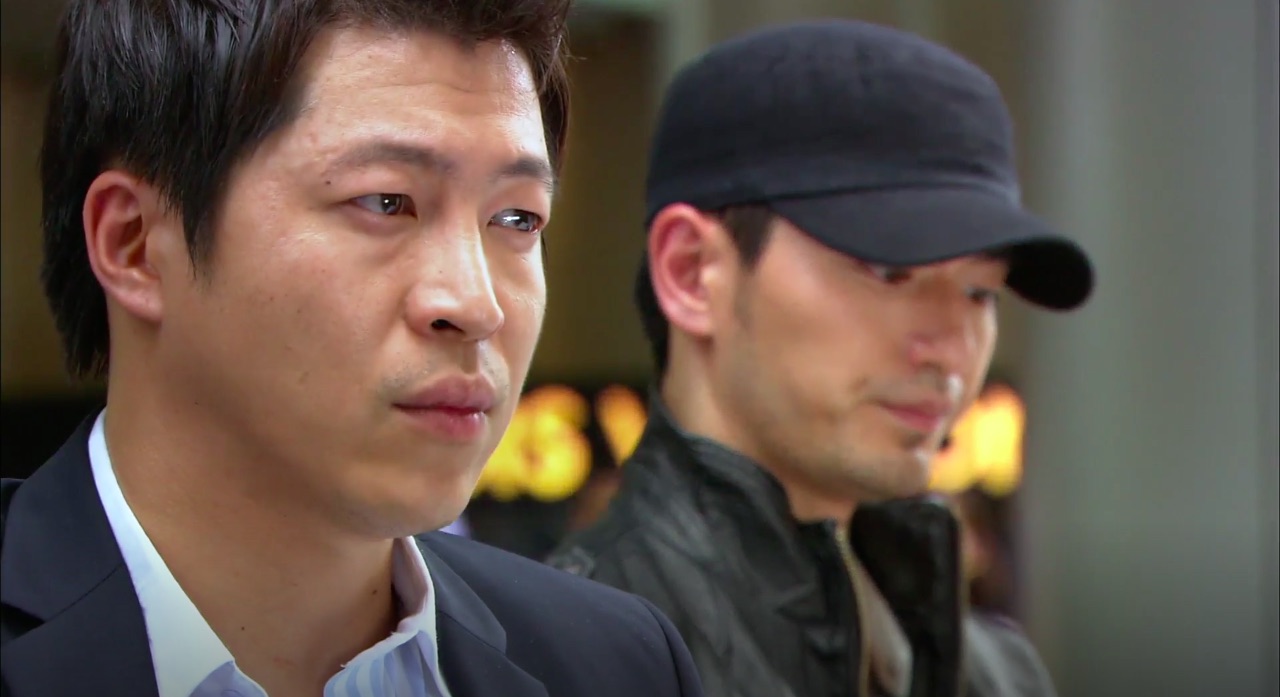 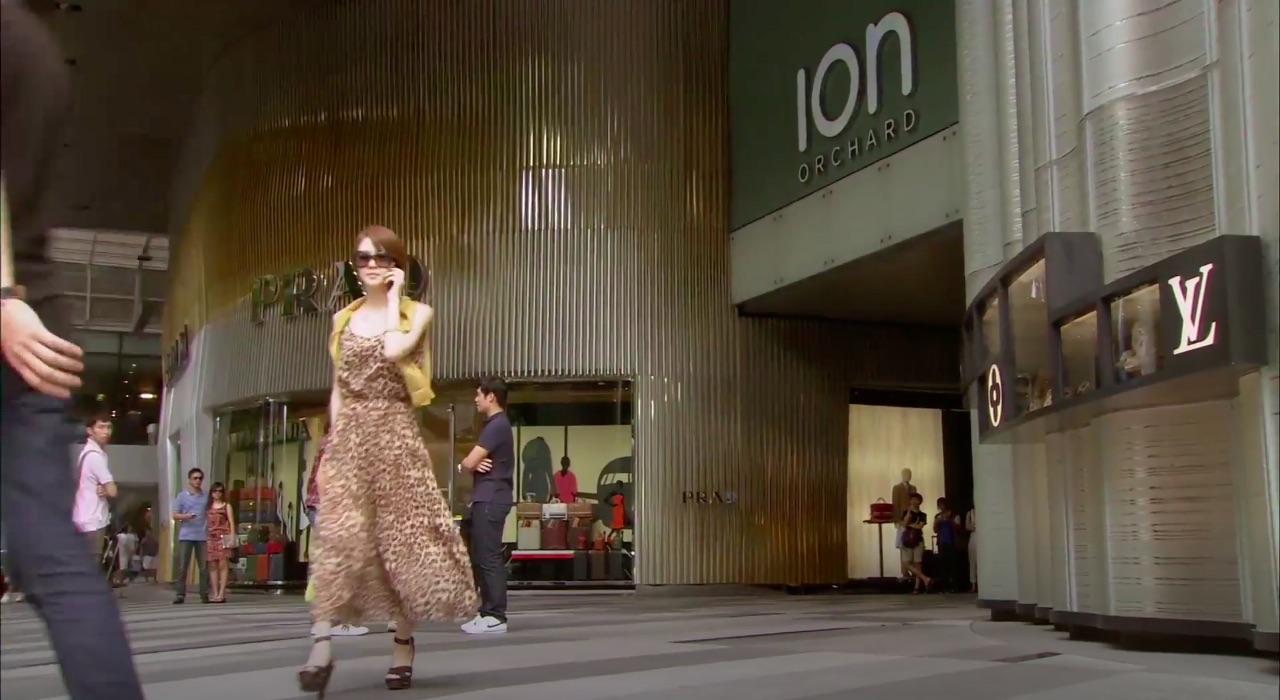 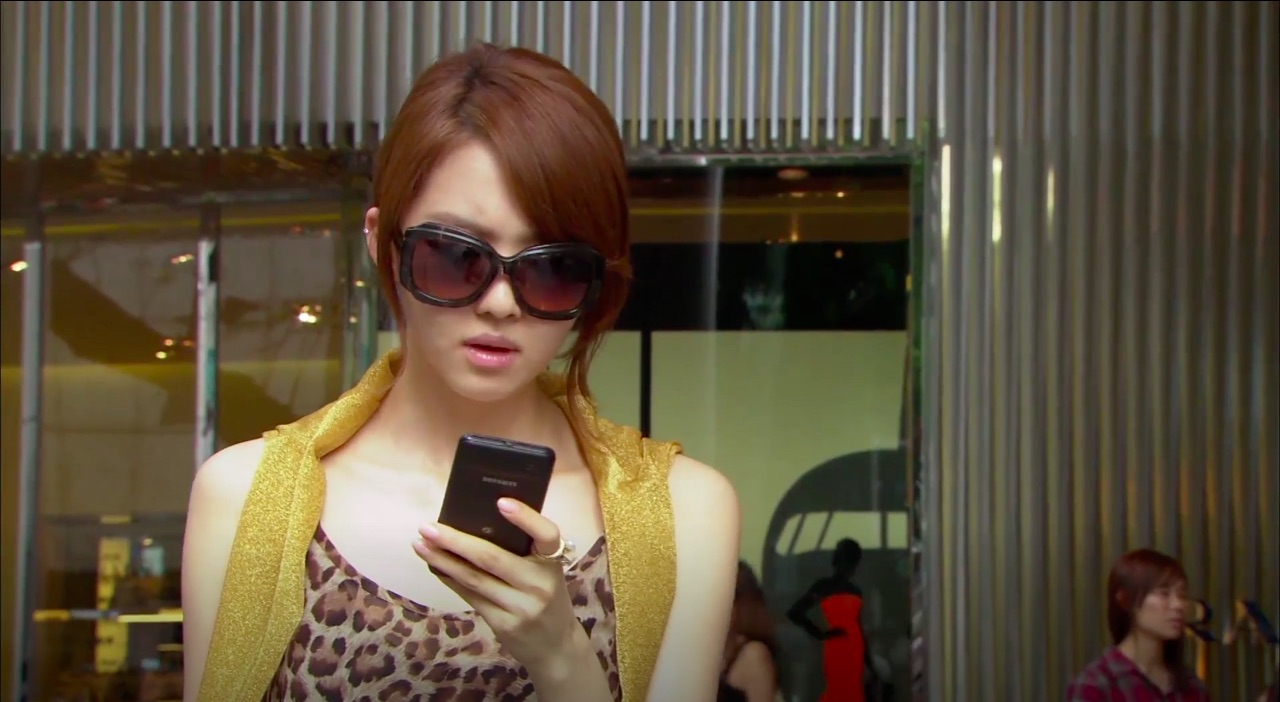 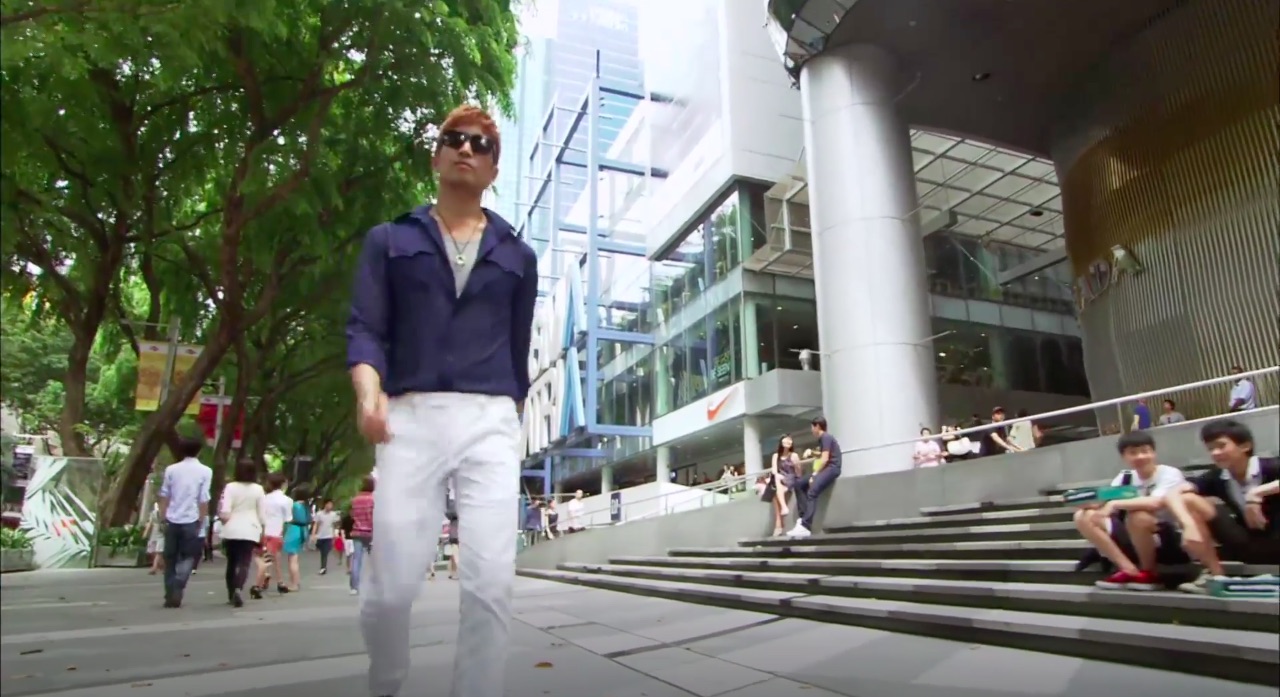 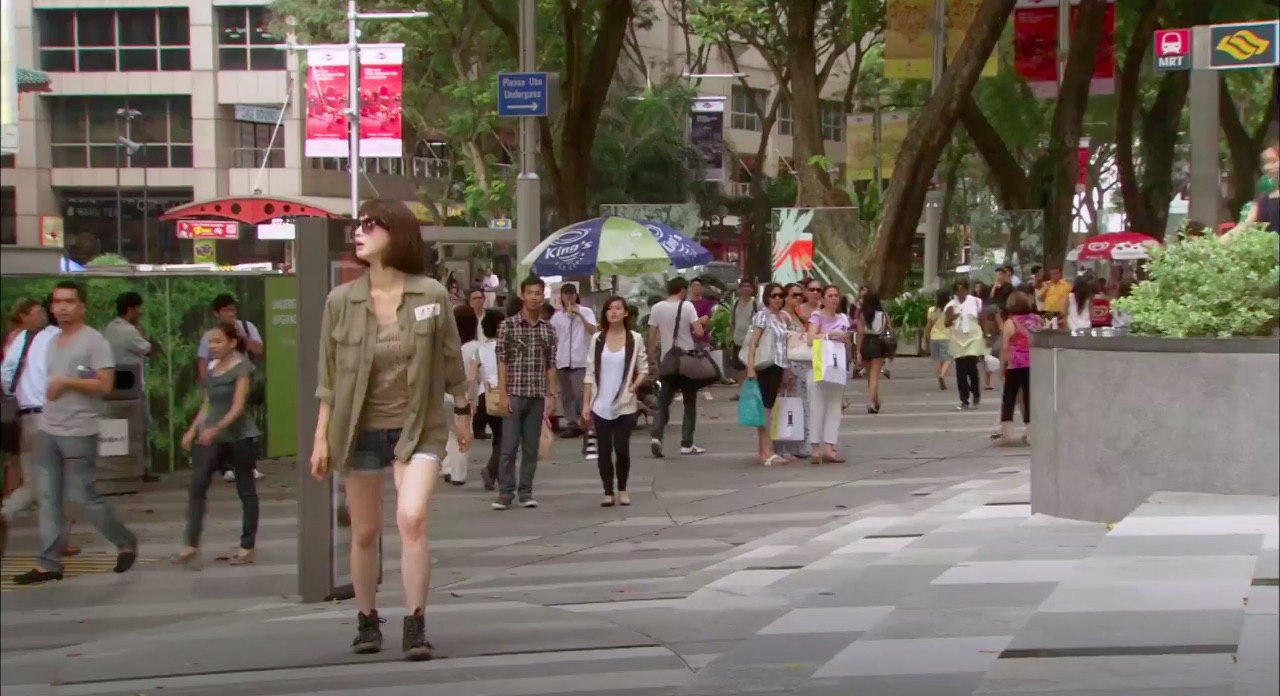 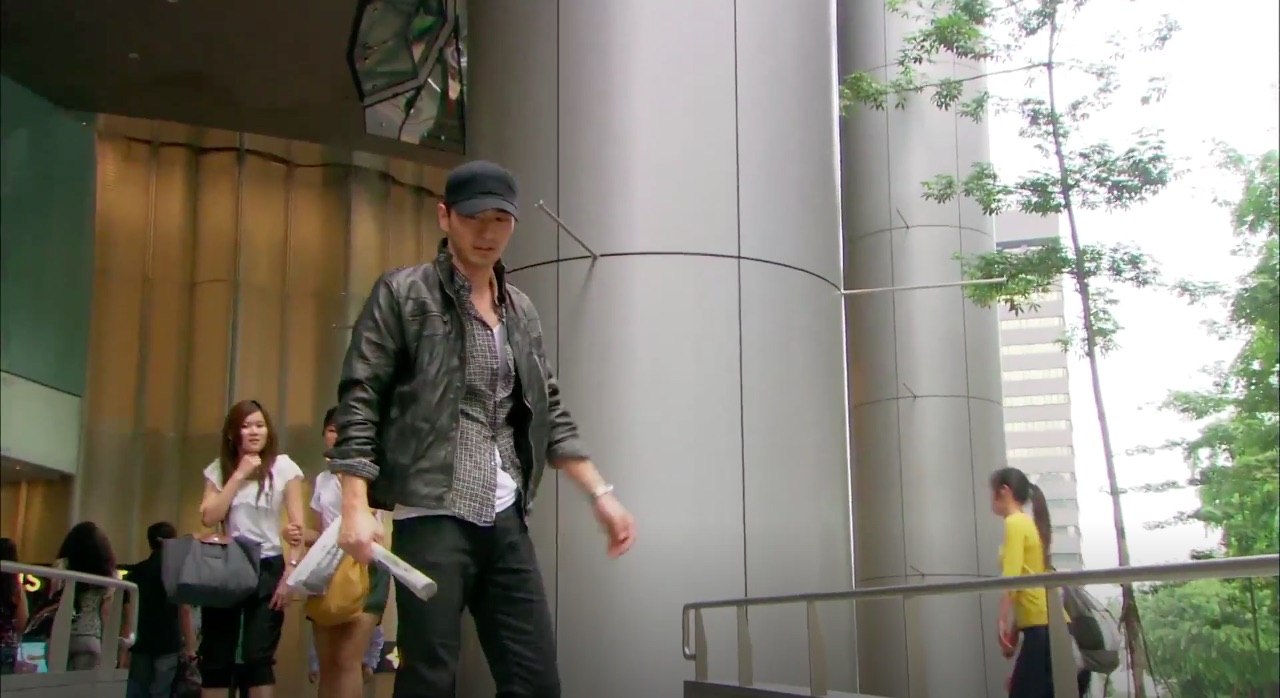 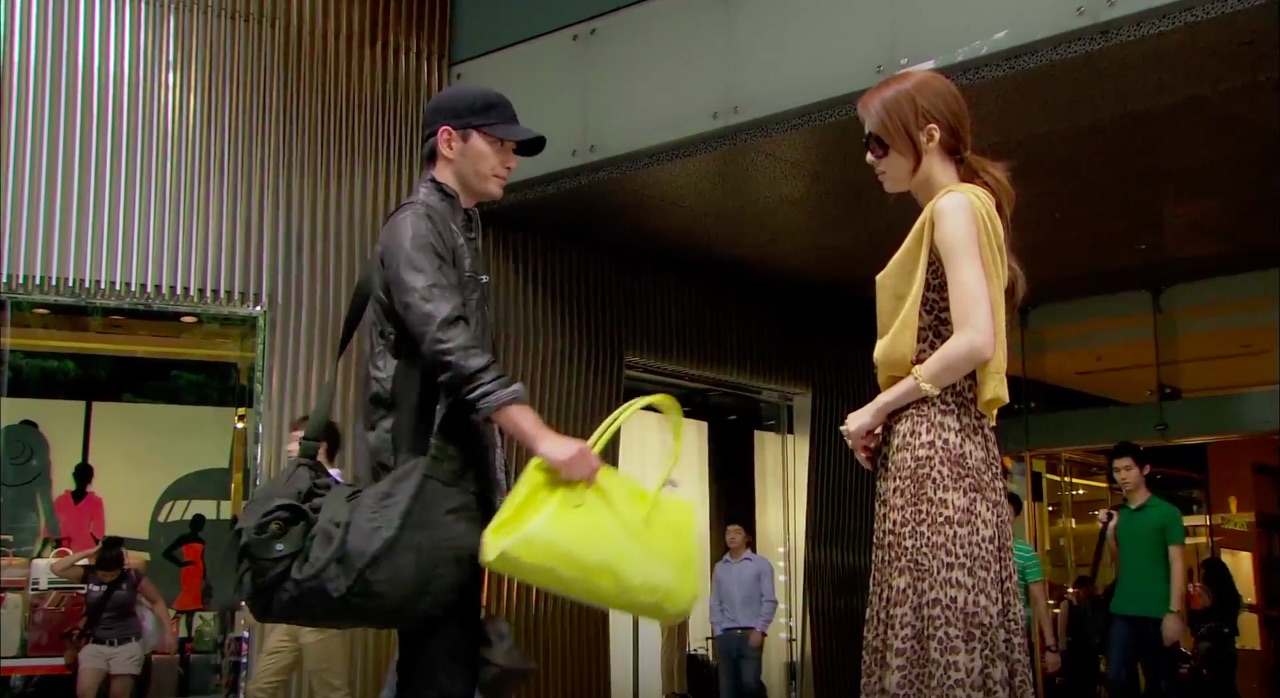 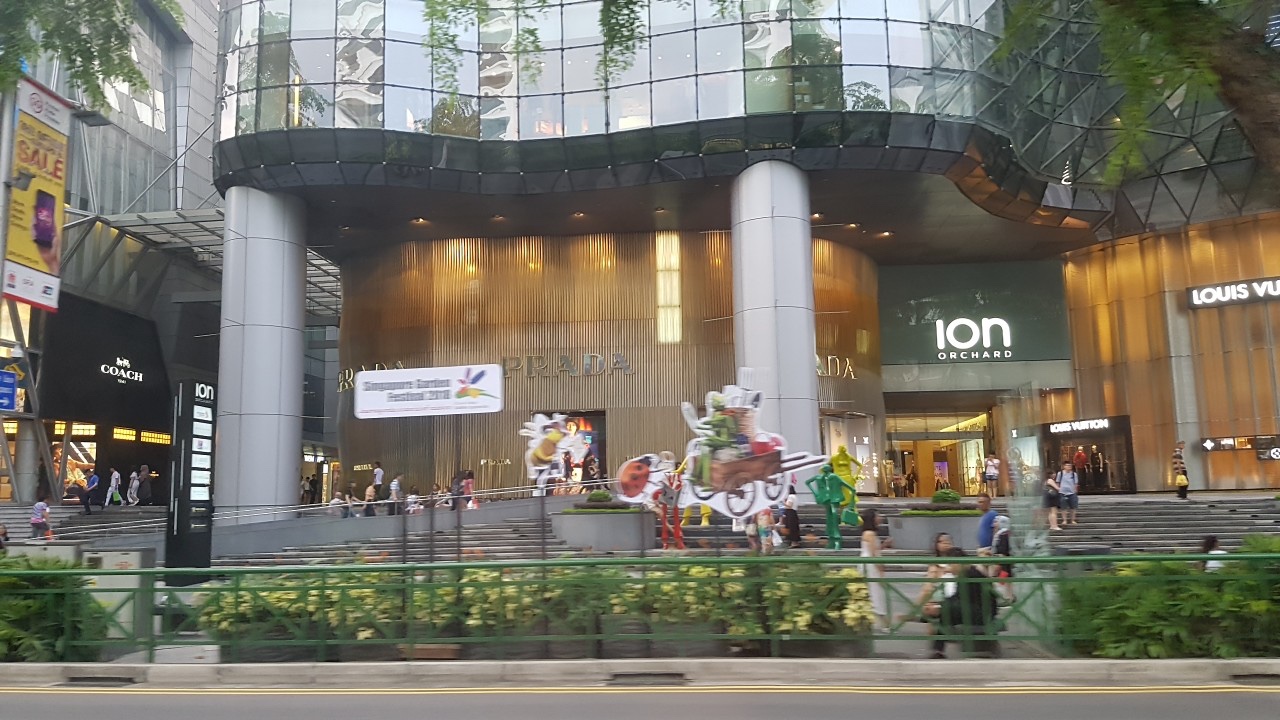 ION Orchard is a luxury mall located in the heart of the Orchard Road shopping street in Singapore. It boasts 8 levels of retail choices — 4 of them underground — with over 300 stores, an art gallery and a sky deck. The colourful human sculptures featured in the Spy Myung Wol scene is Urban People by swiss sculptor Kurt Laurenz Metzler, and is located just outside the mall’s entrance, in front of Prada.