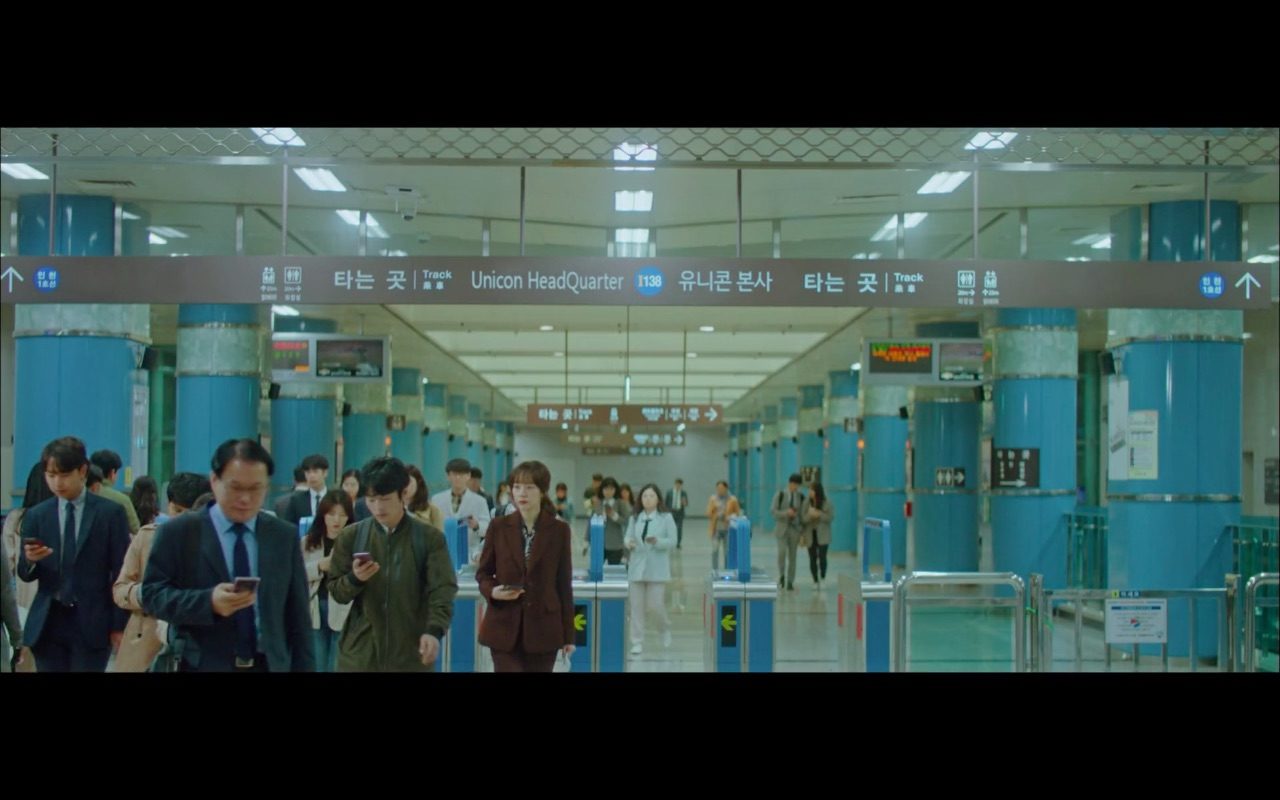 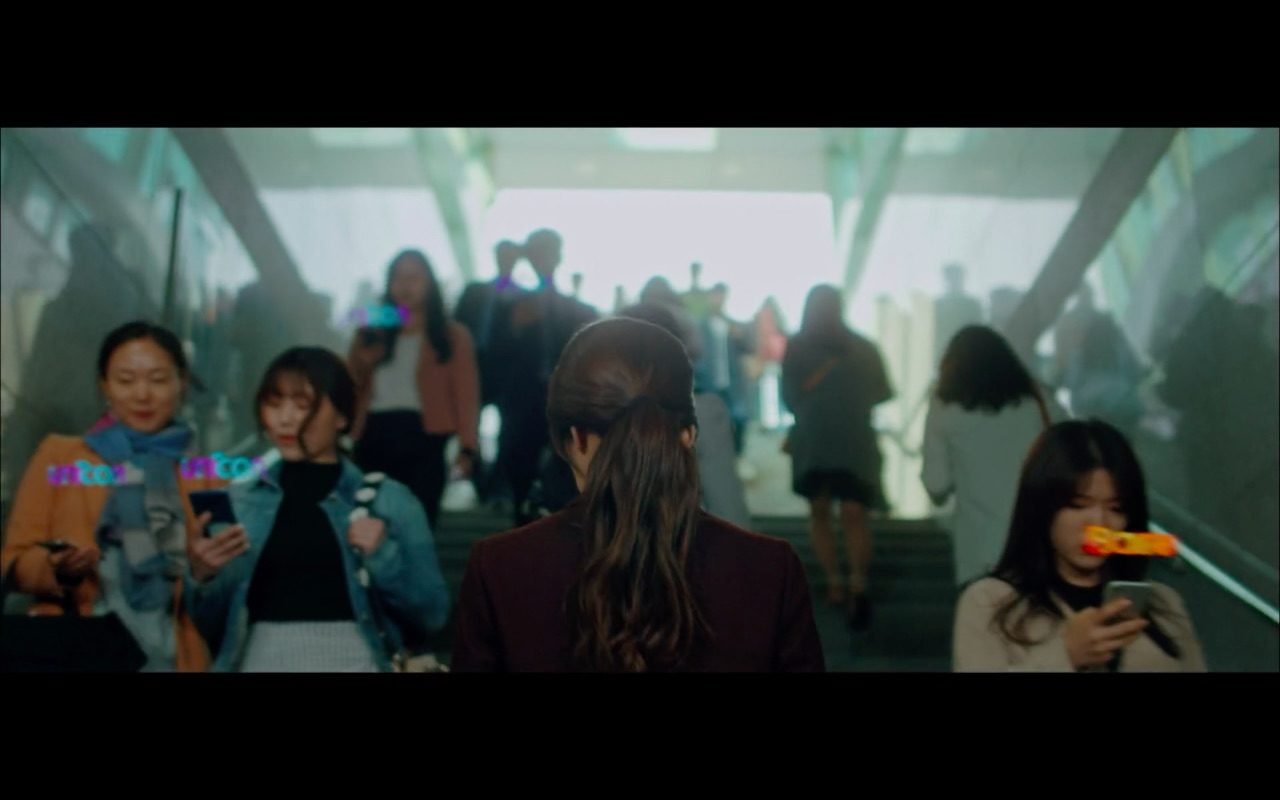 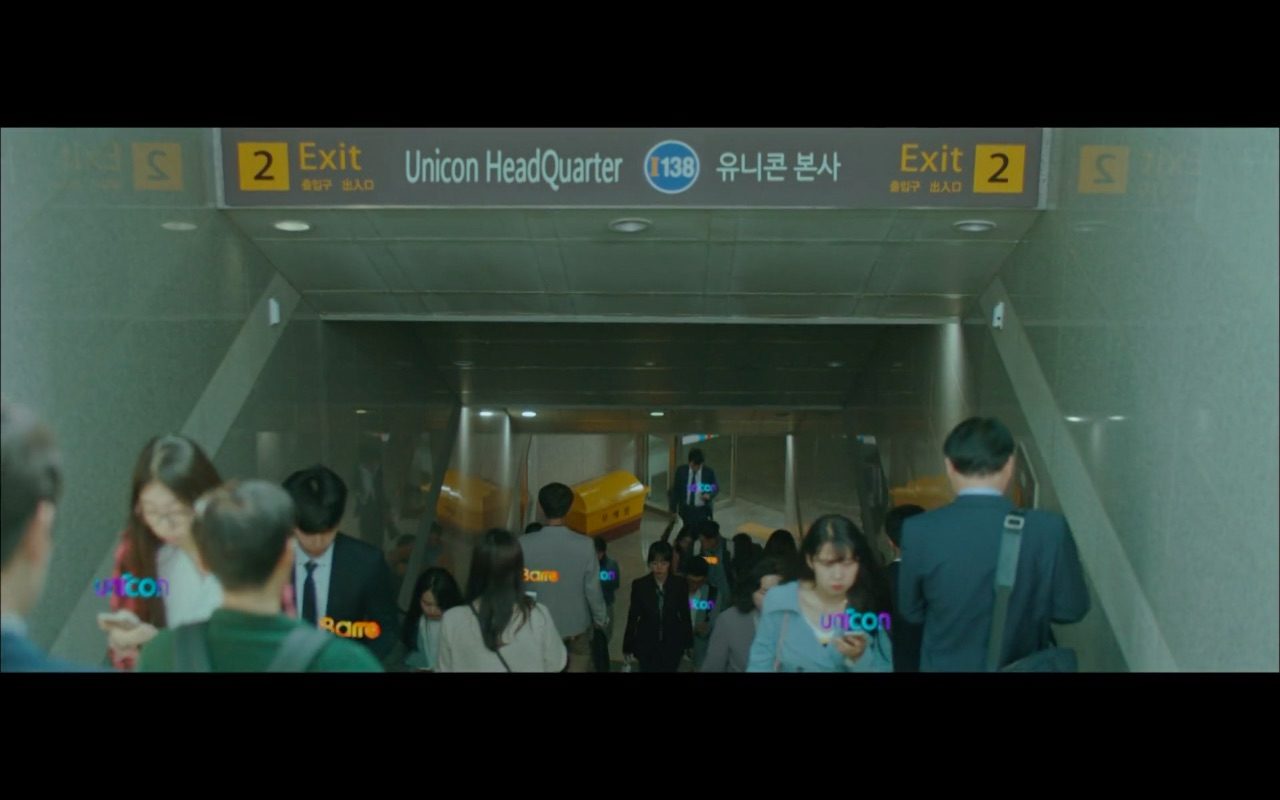 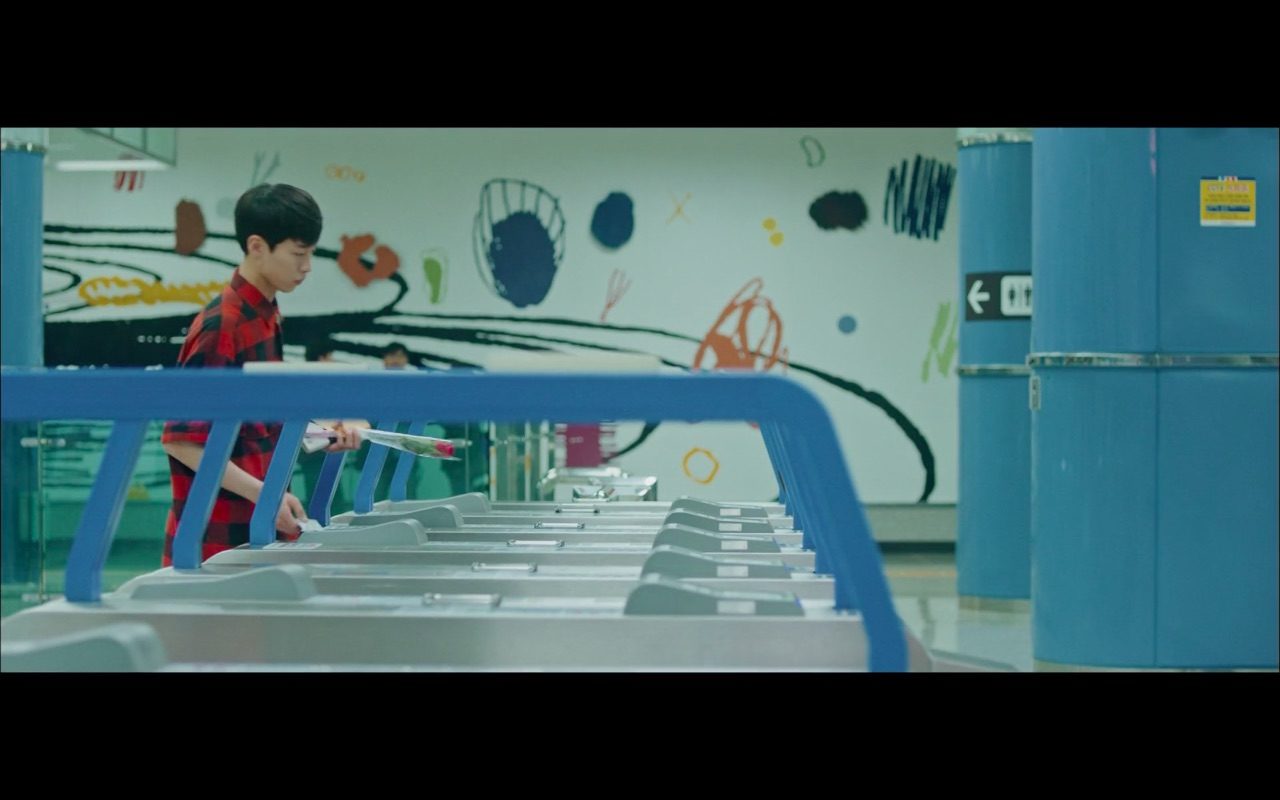 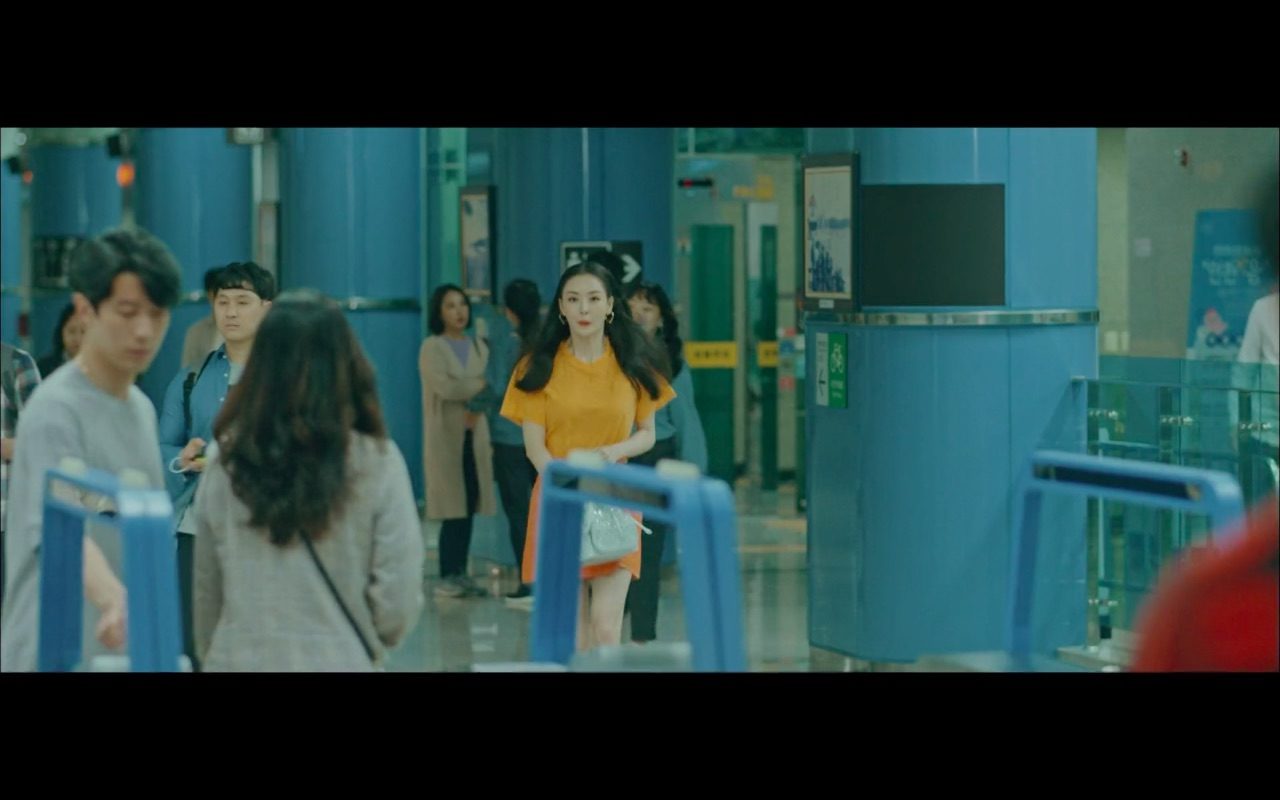 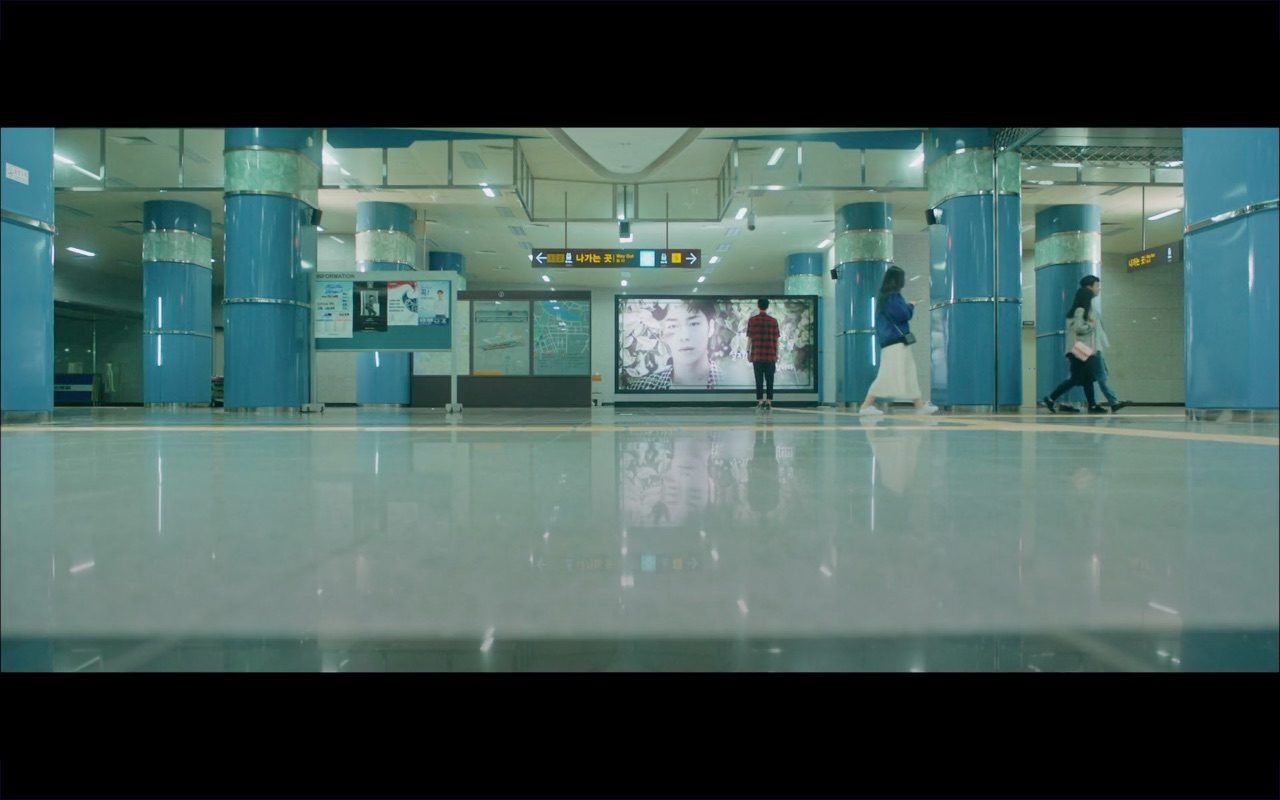 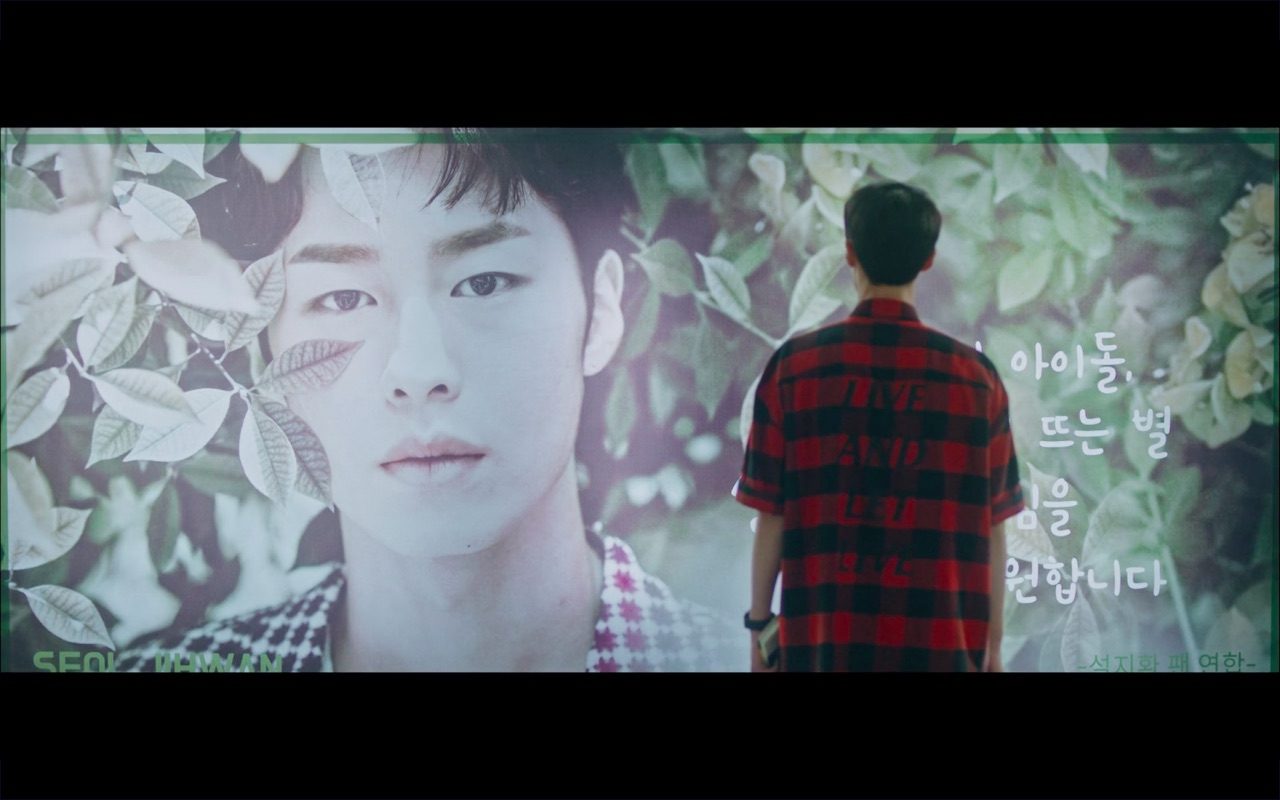 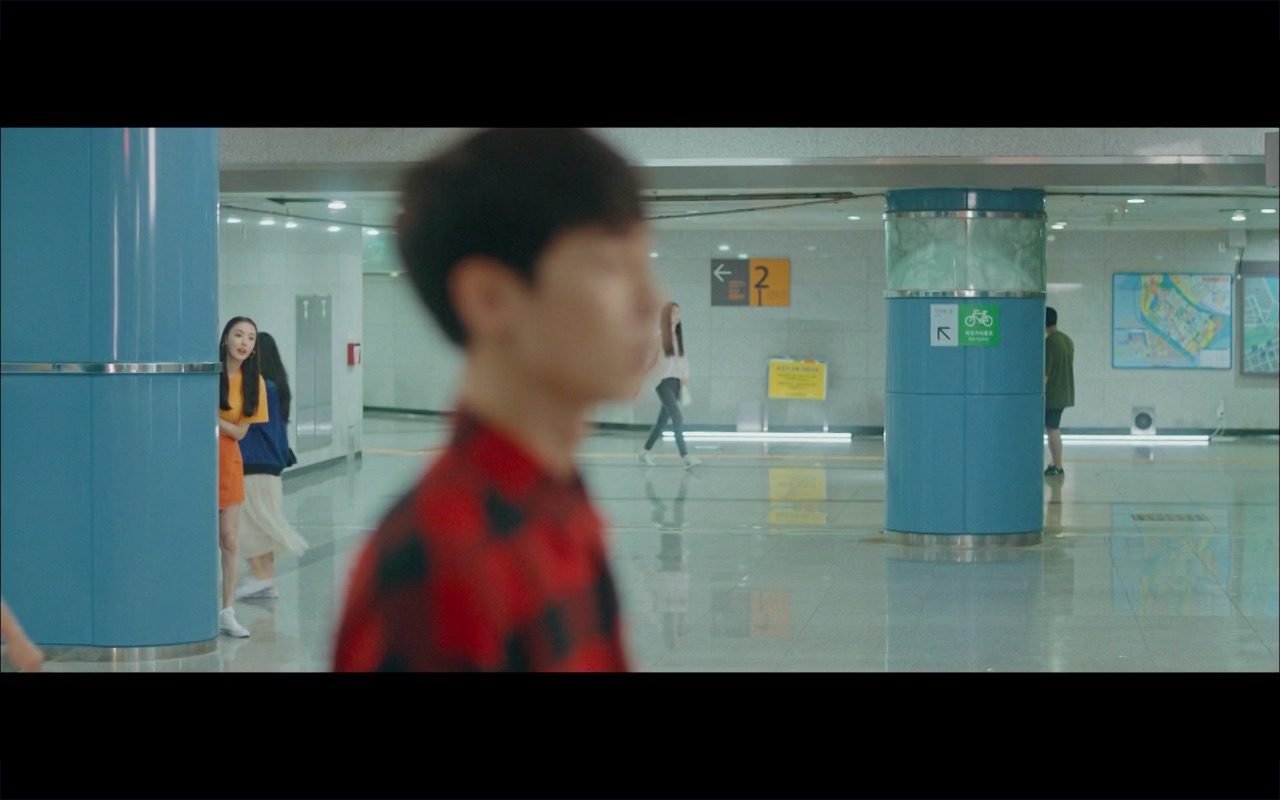 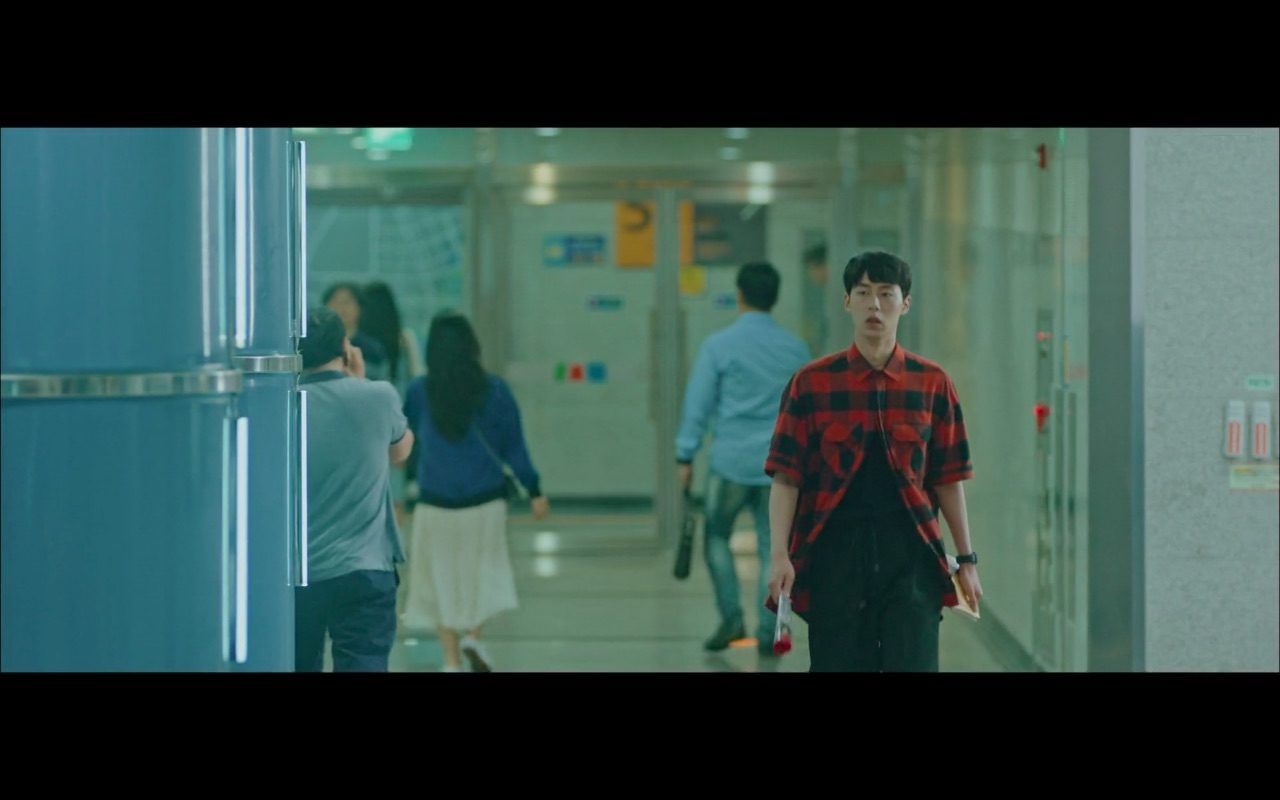 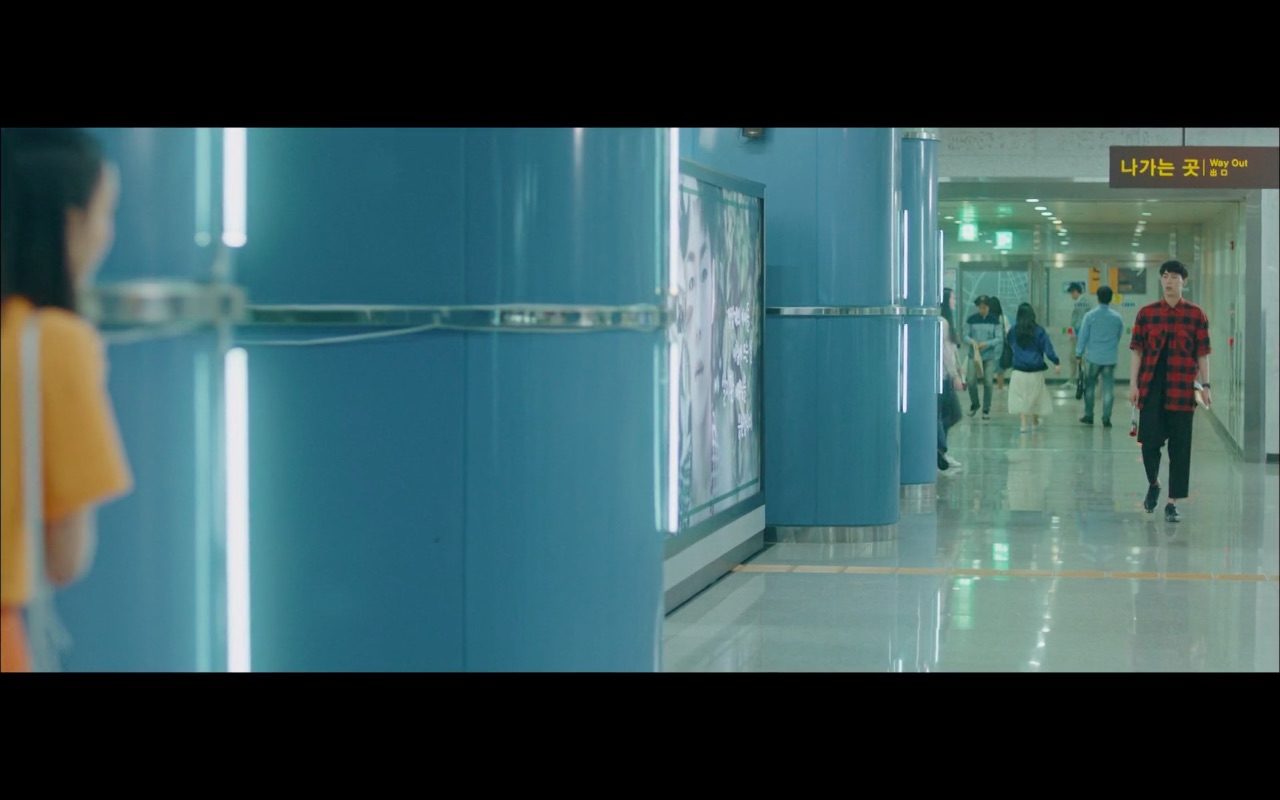 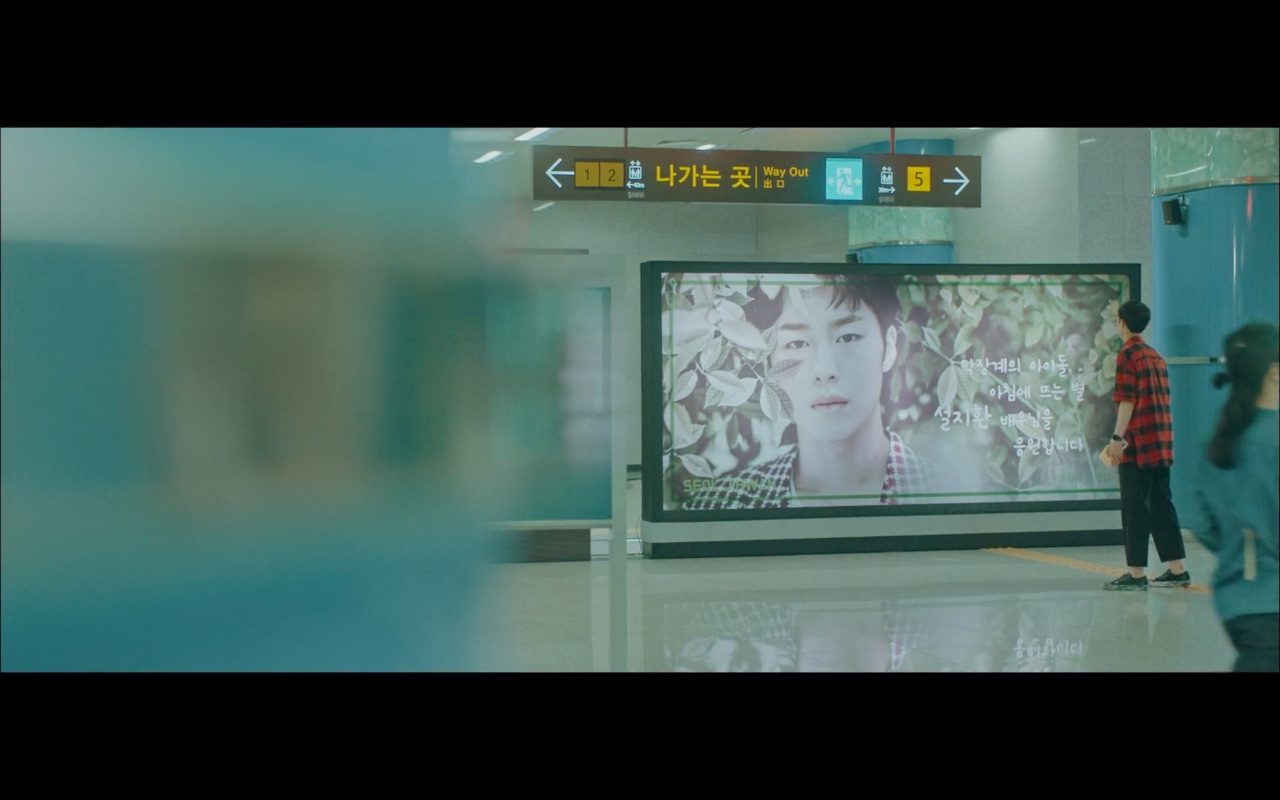 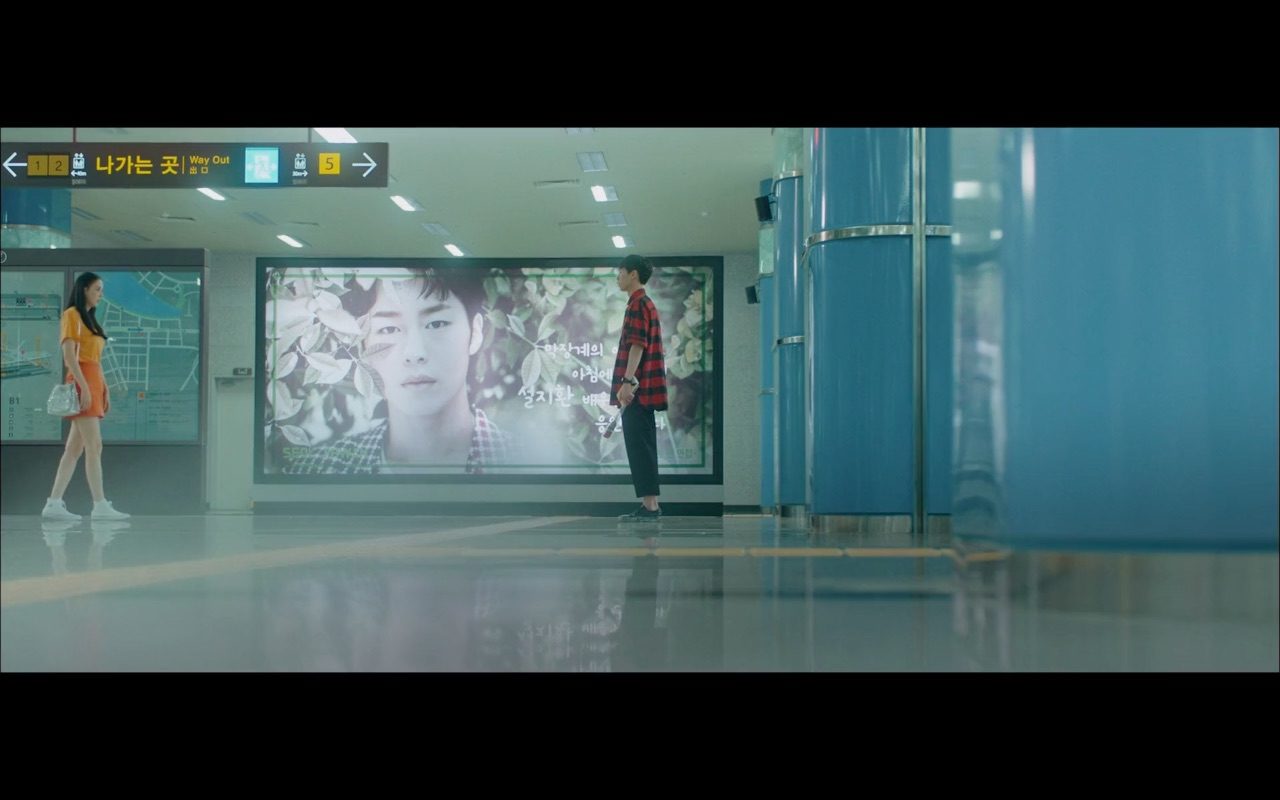 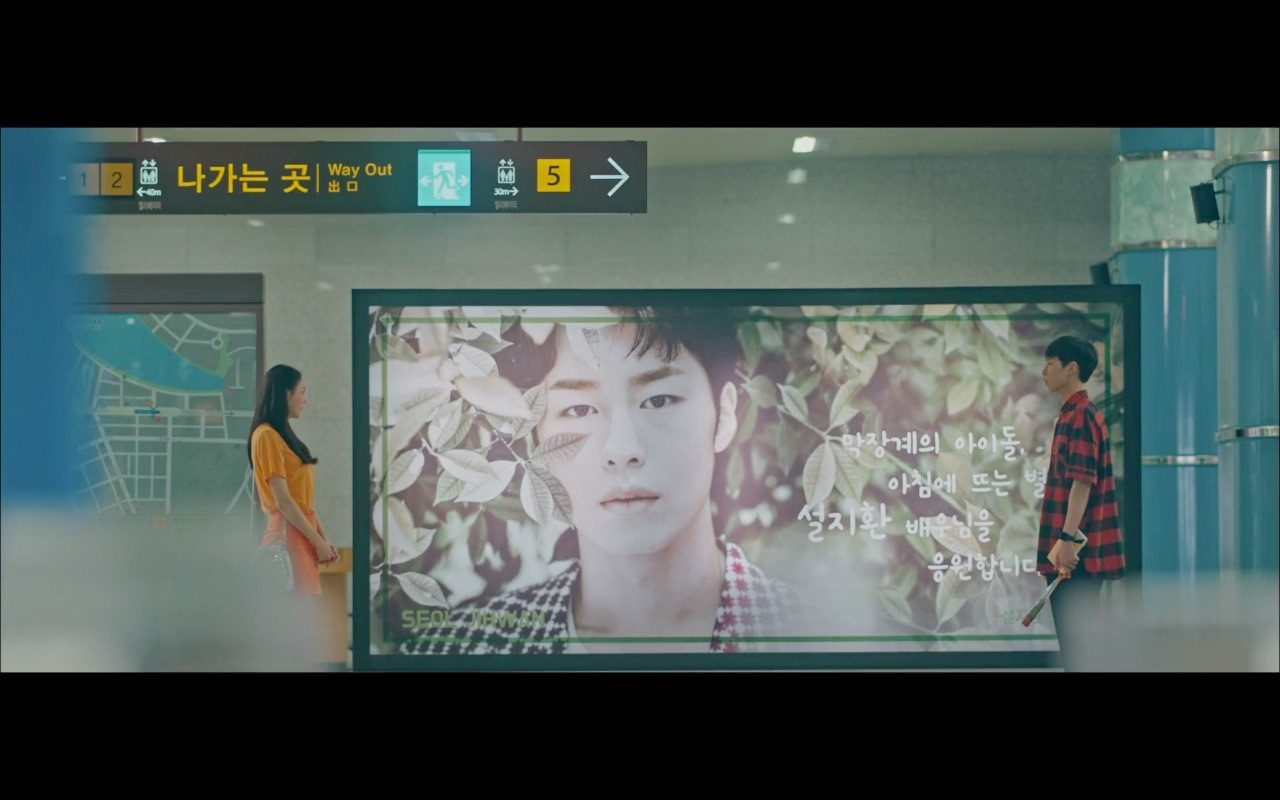 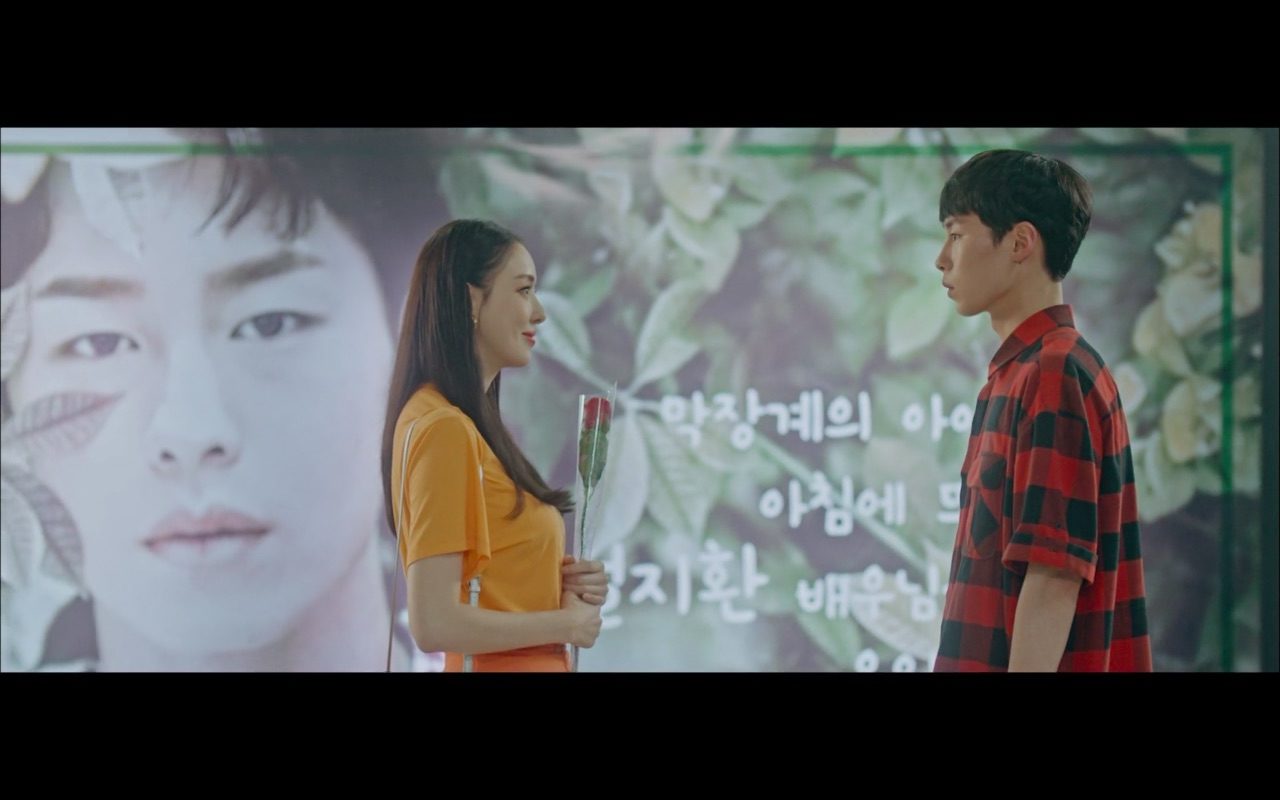 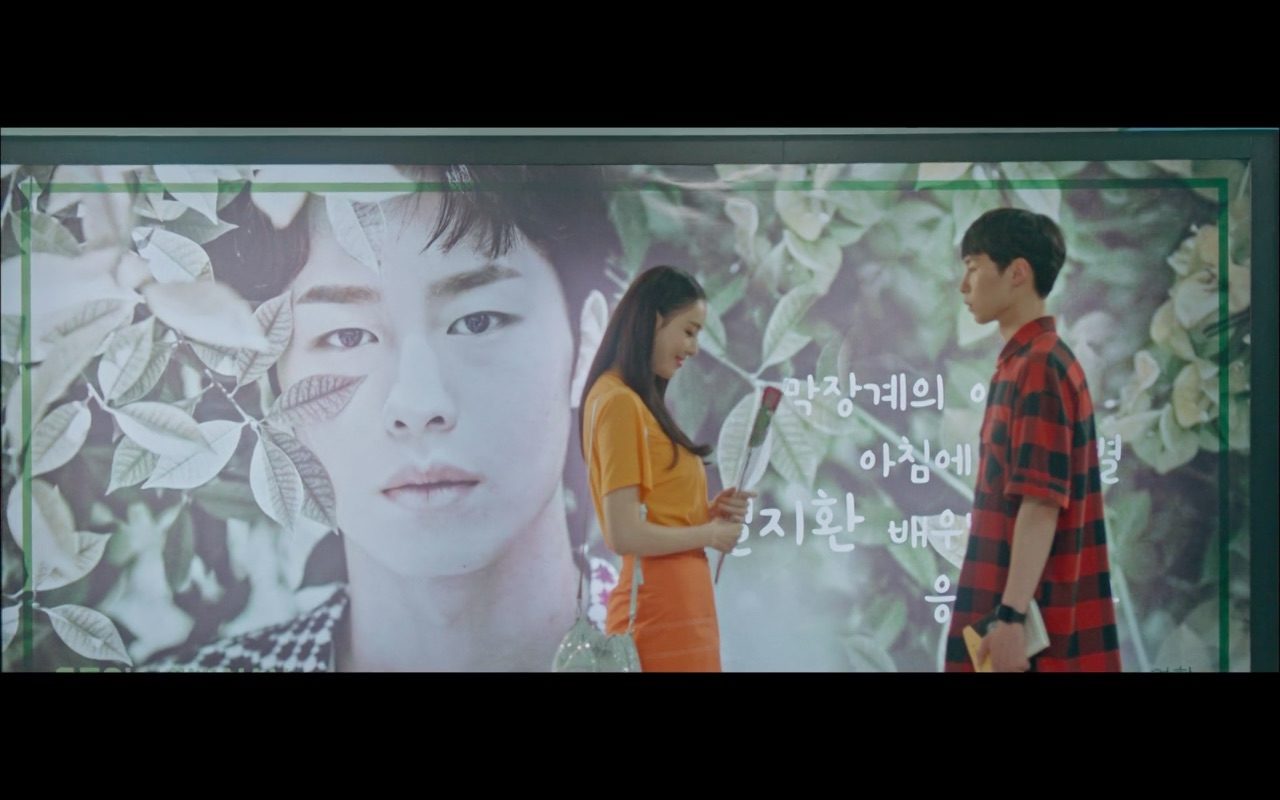 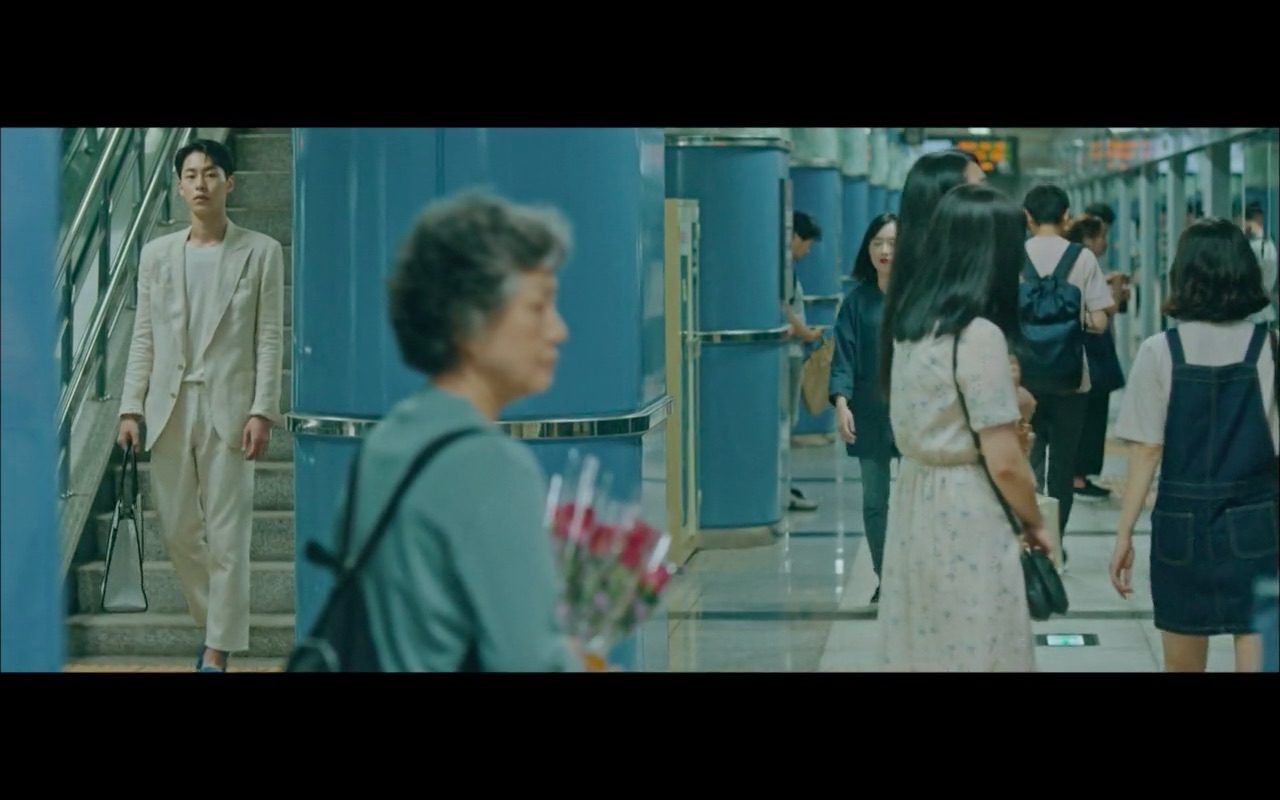 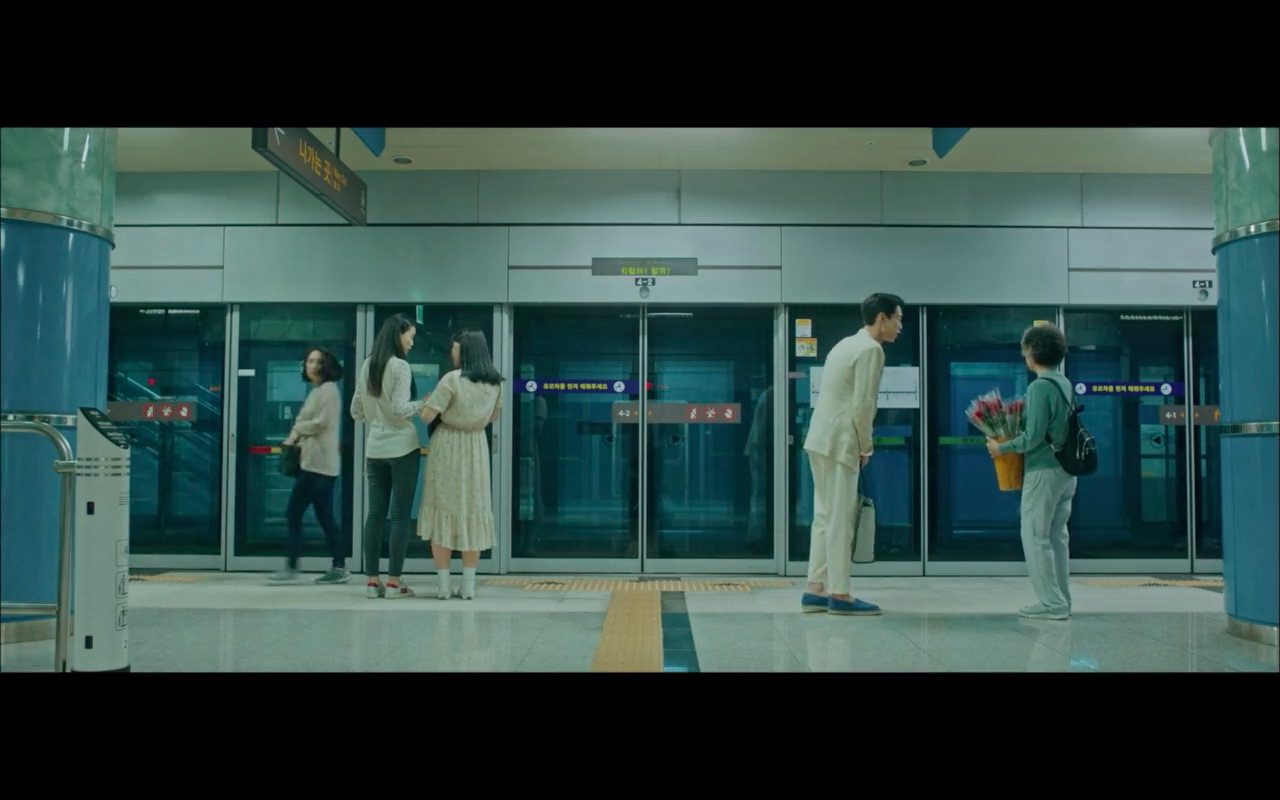 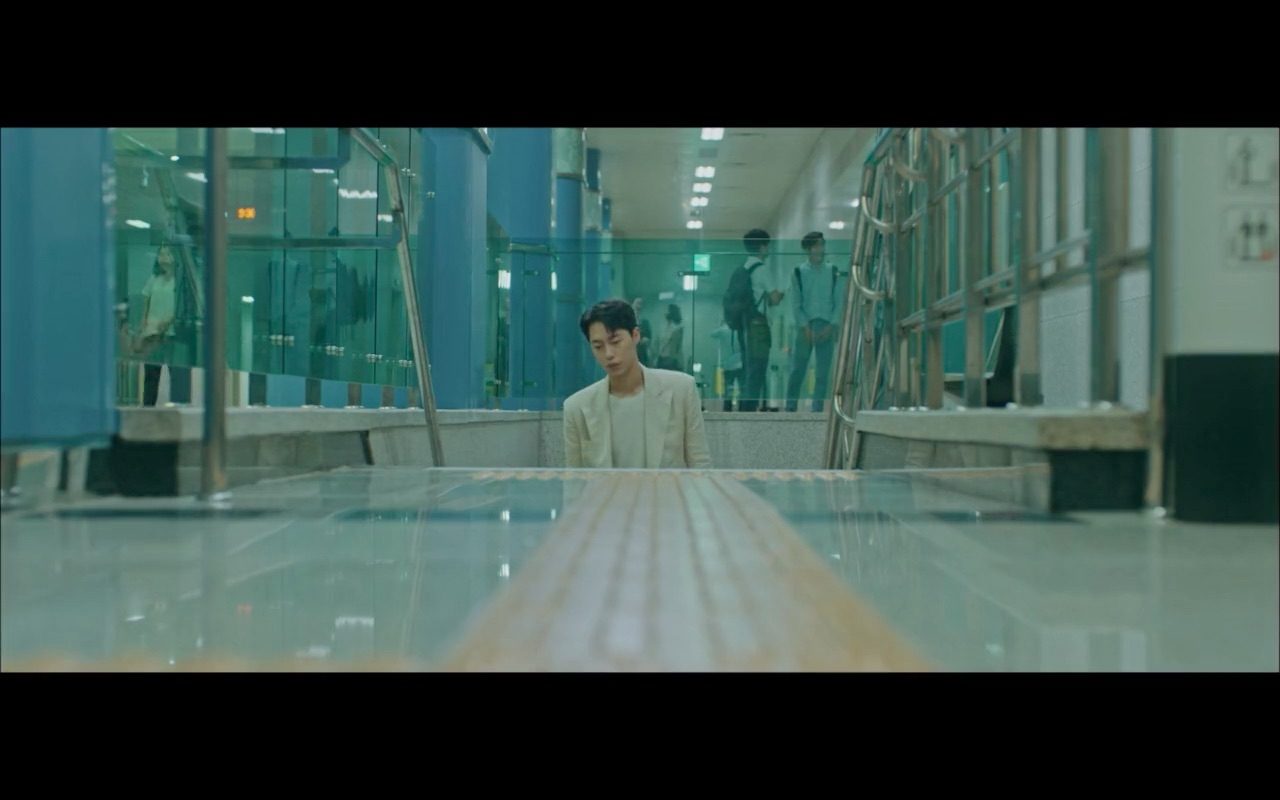 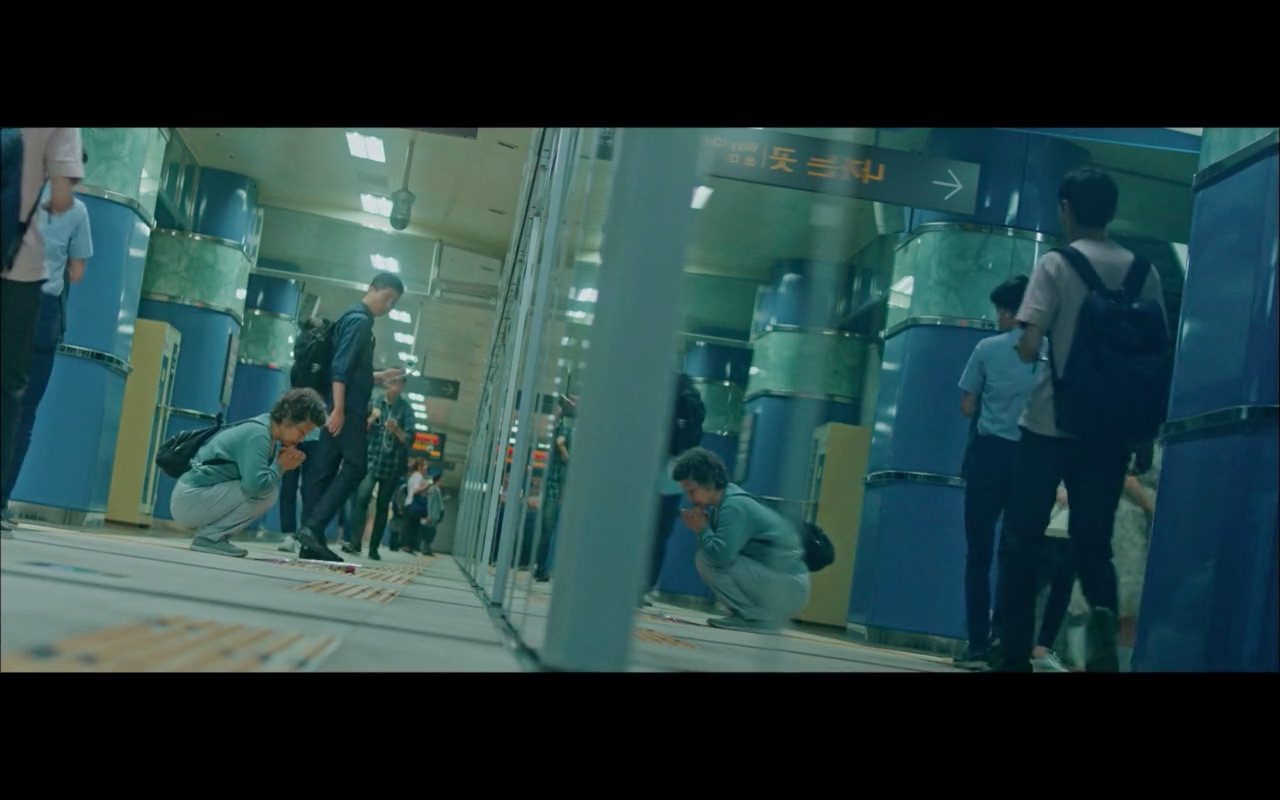 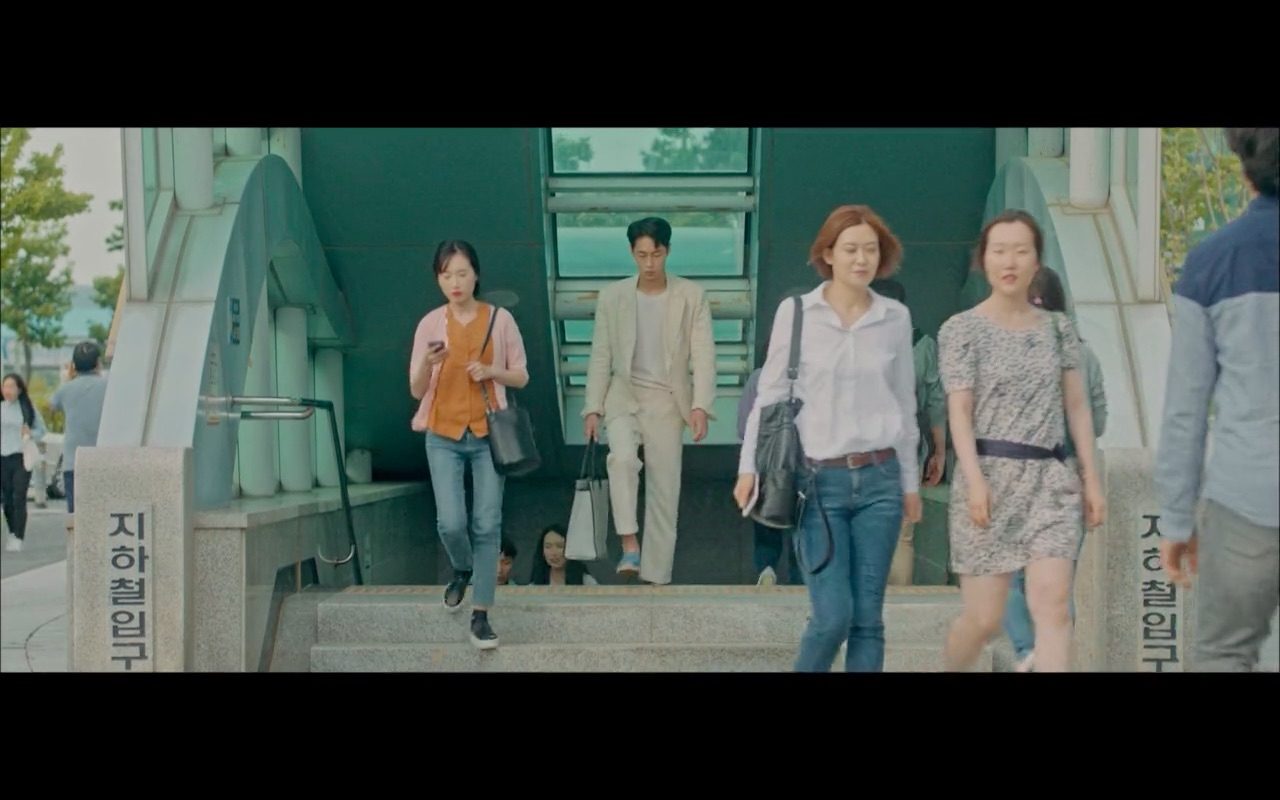 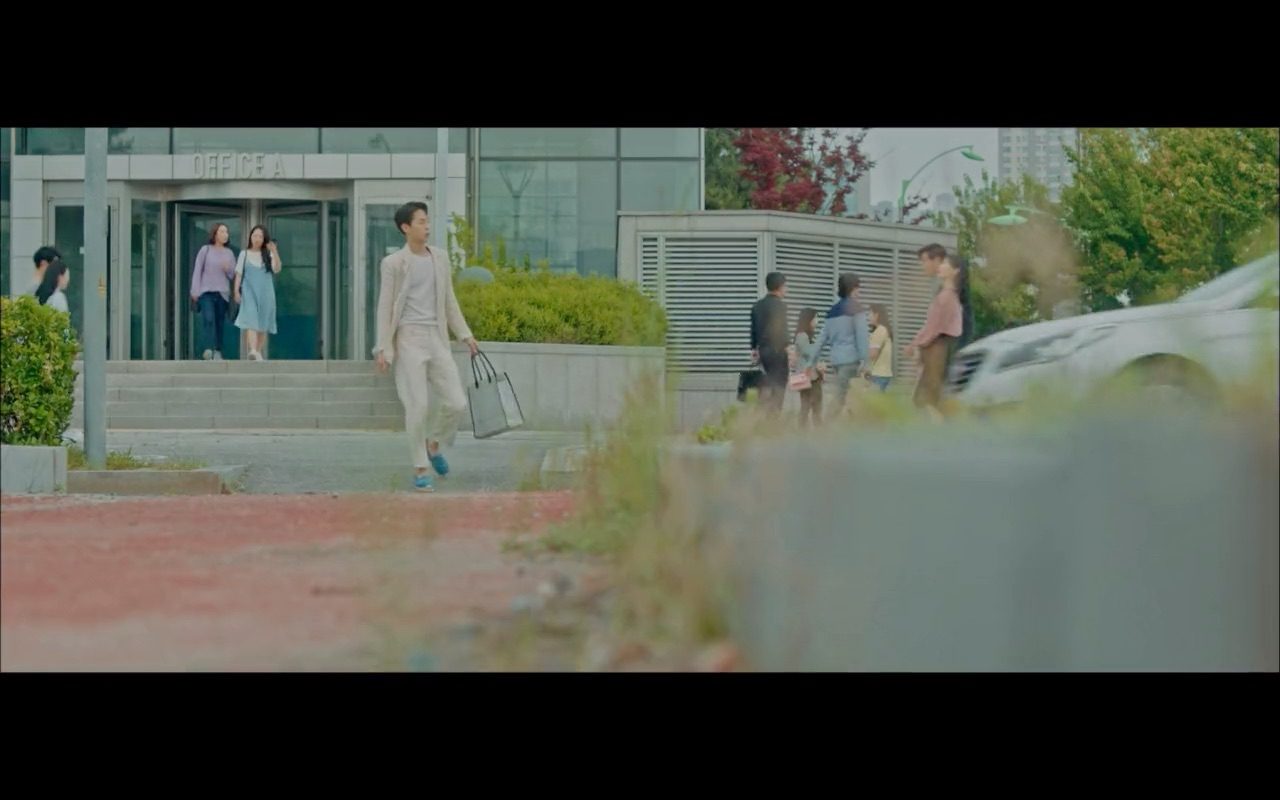 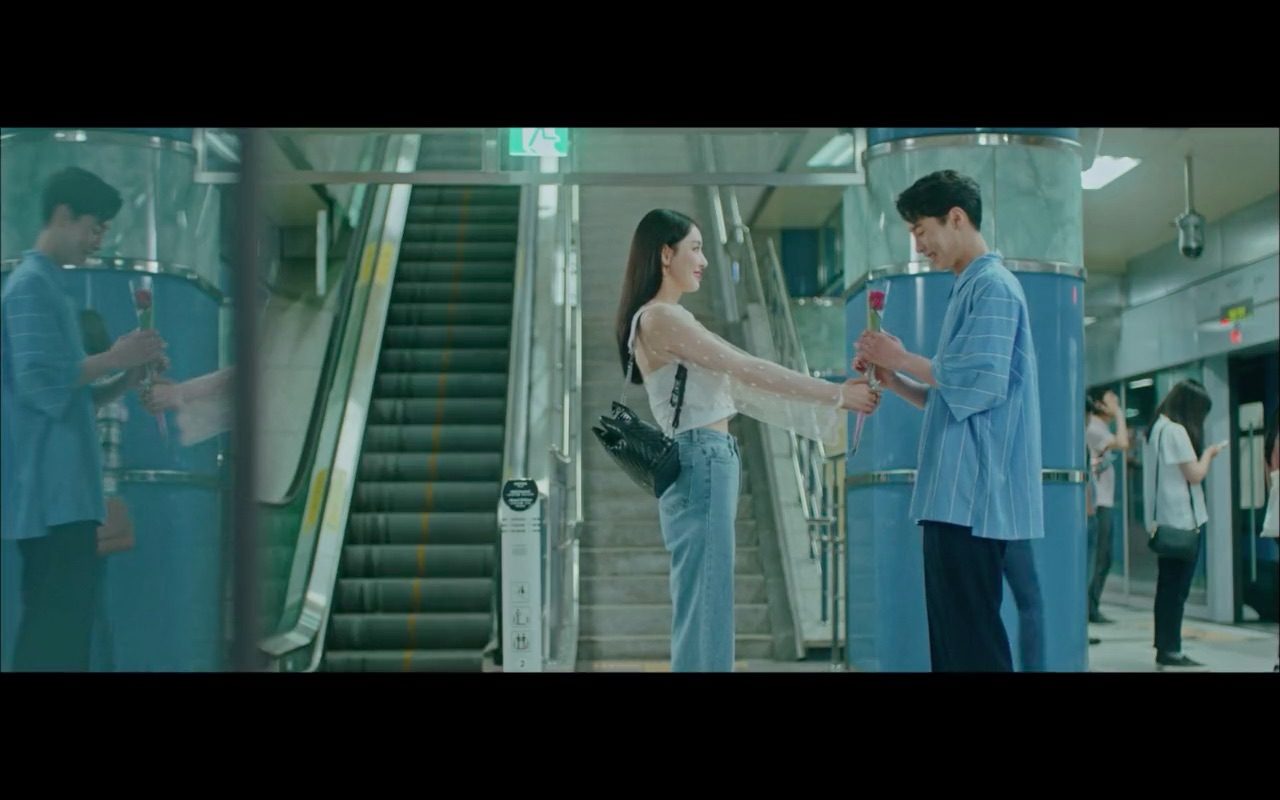 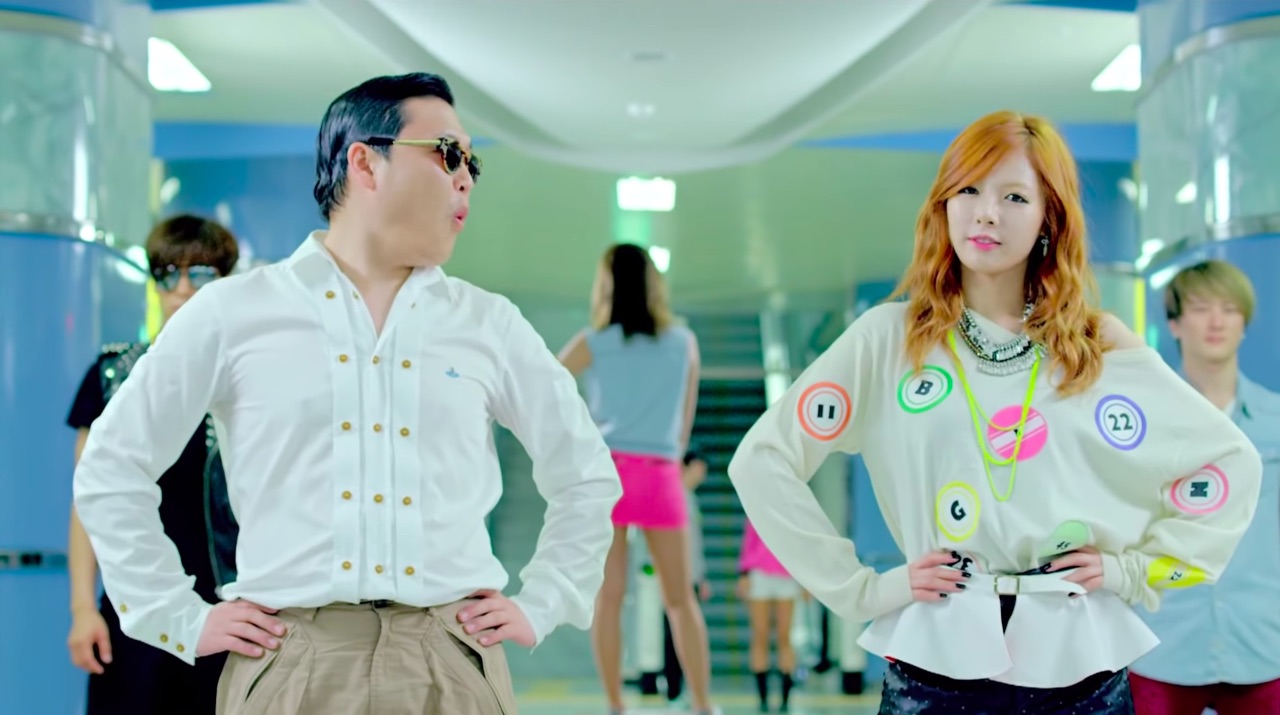 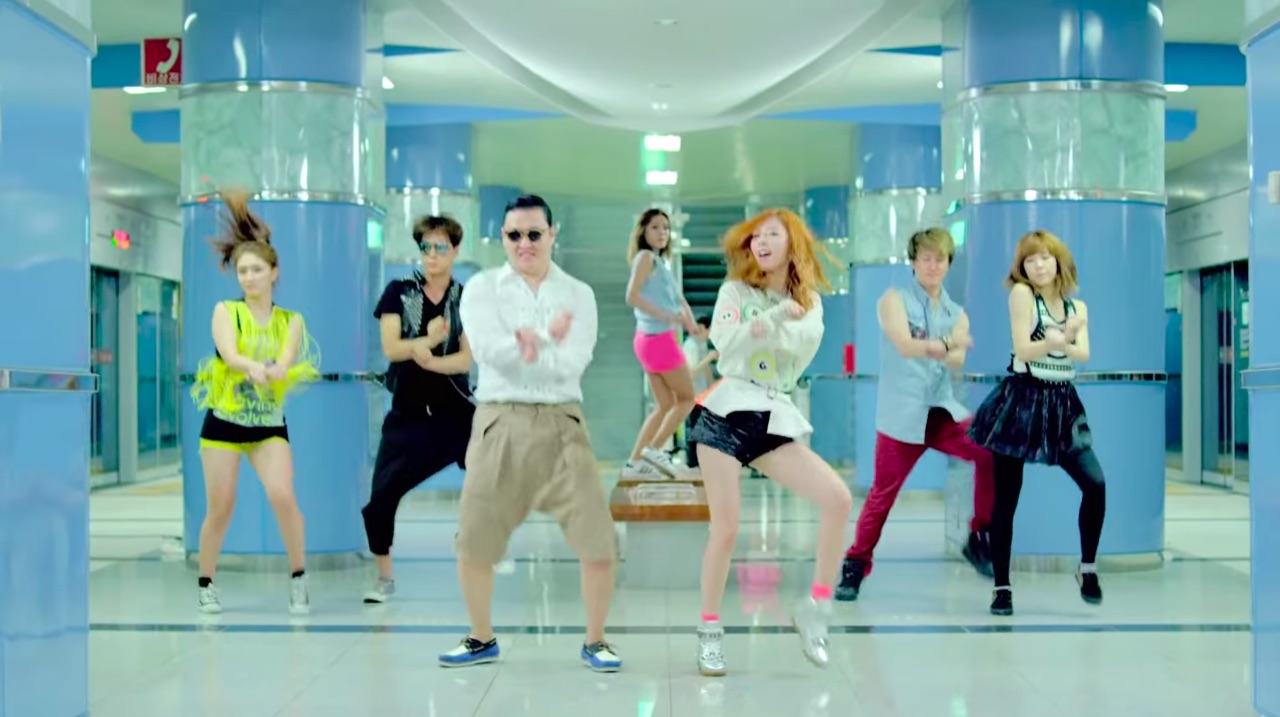 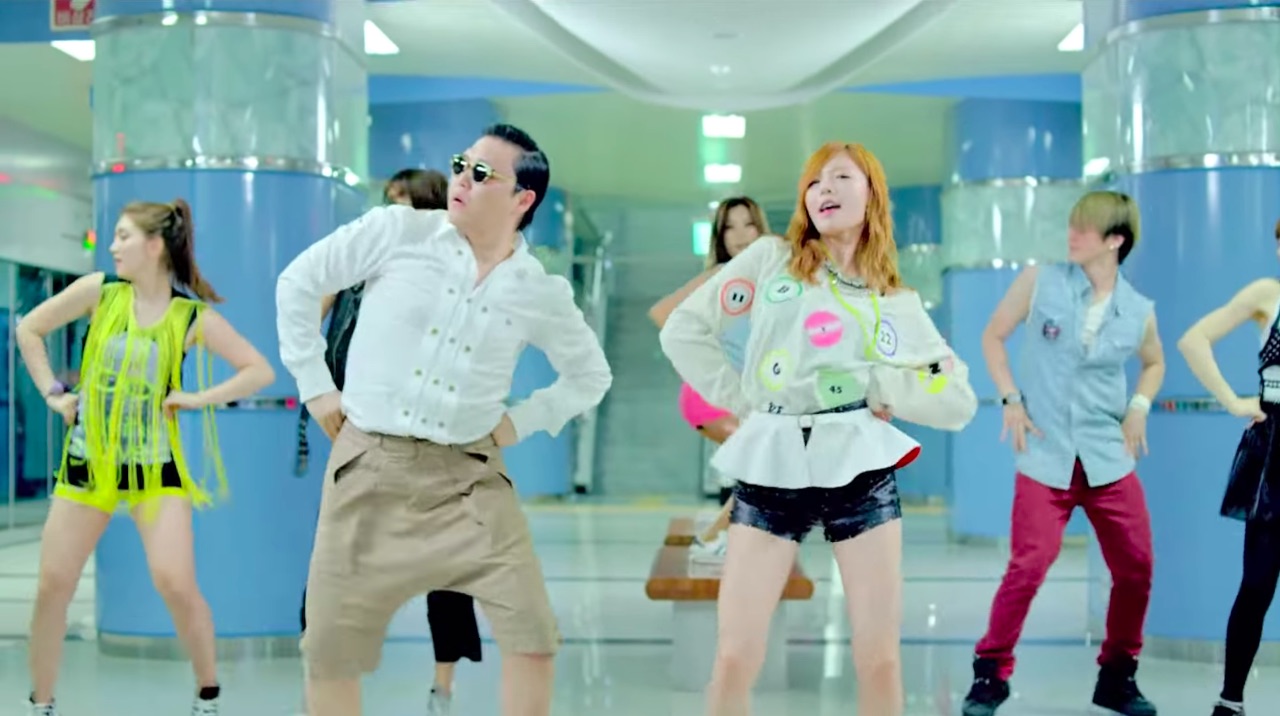 After being evicted from her apartment, Kim Yi-kyung (Lee Seol) comes to this subway station with her belongings in episode 3 of When The Devil Calls Your Name (악마가 너의 이름을 부를 때) (tvN, 2019). She runs into a traveller (Song Kang) with the same luggage as her, who had just arrived in Korea but had gotten pickpocketed. She ends up helping him pay his subway fare.

The characters in Search: WWW/Type in Search Word: WWW (검색어를 입력하세요: WWW) (tvN, 2019) are frequently seen at this subway station, featured in the series as ‘Unicon HeadQuarters Station’, ‘Seonnam Station’ and ‘Seoul Station’:

— Episode 1: Bae Ta-mi (Im Soo-jeong) alights at this subway station after doing a spontaneous check of search engine users on her way to work.

— Episode 12: Scarlett/Cha Hyeon (Lee Da-hee) surprises her favorite actor Seol Ji-hwan (Lee Jae-wook) with a billboard in this subway station (which appears as the interior of Seoul Station).

— Episode 13: Scarlett returns here, incensed that broadcast jockey Yoon Dong-joo (Jo Hye-joo) live-streamed in front of her billboard, which caused Ji-hwan’s name to rise up the rankings. Both women were in turn surprised when Ji-hwan himself turns up as well.

— Episode 14: Scarlett and Ji-hwan return here separately, and finds that his ad had been taken down. They both then leave the station via Exit 2. Ta-mi alights here after monitoring the results of the user ad campaign after its launch. Later, Scarlett and Ji-hwan return to this station after Ji-hwan’s ad (an appeal to commuters to support the lady who sells roses at ‘Seonnam Station’) is published on Barro’s front page.

International Business District Station [국제업무지구역] (I138) is a subway station that serves Incheon Subway Line 1 (인천1호선), located in Incheon’s Songdo International Business District [Songdo IBD] (송도) in the Yeonsu district [Yeonsu-gu/연수구]. While the Search: WWW episode 12 scene was filmed inside this station, it’s most likely that the station platform scene was filmed elsewhere. Also, it appears that the billboard seen in WWW doesn’t actually exist in that spot at the station.