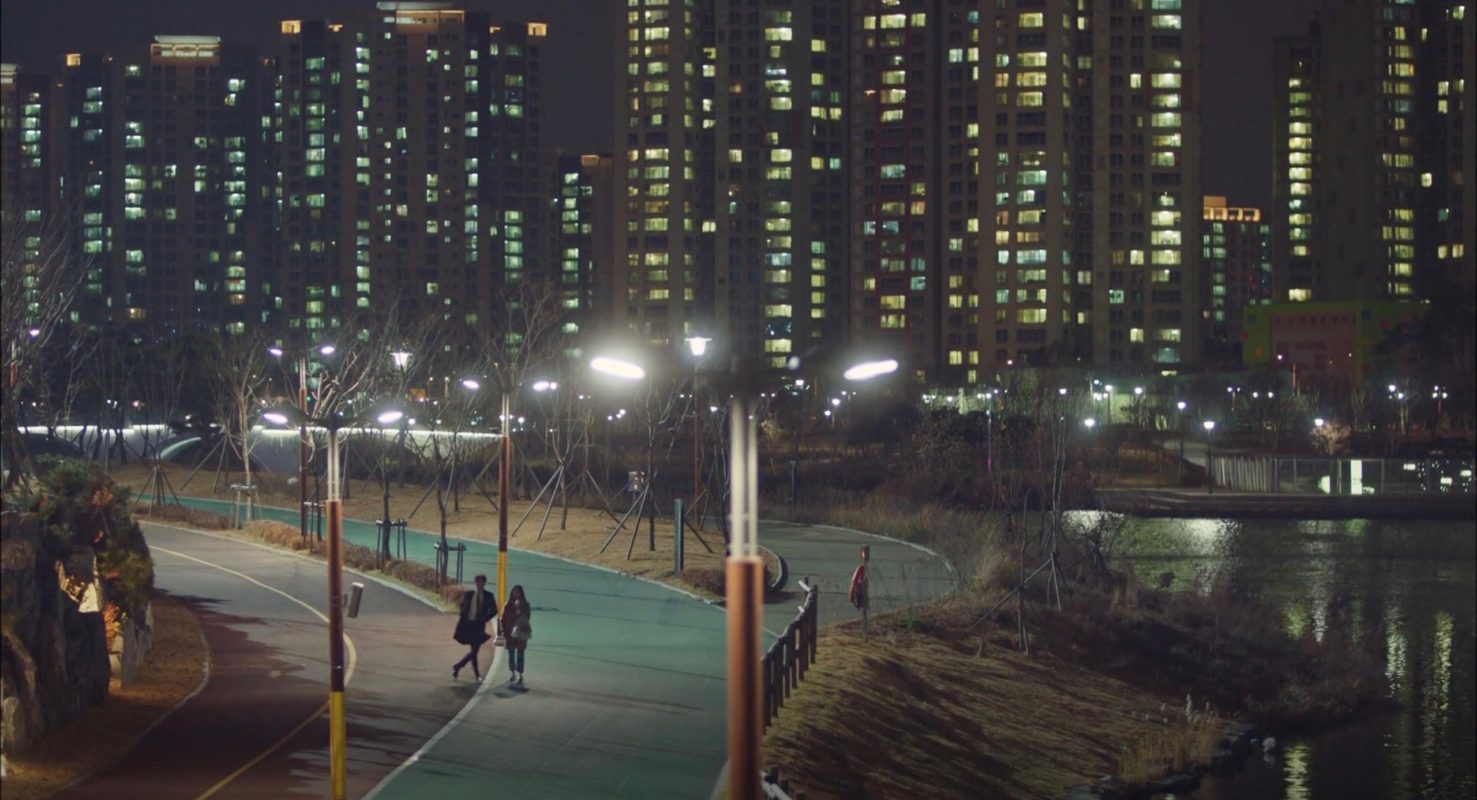 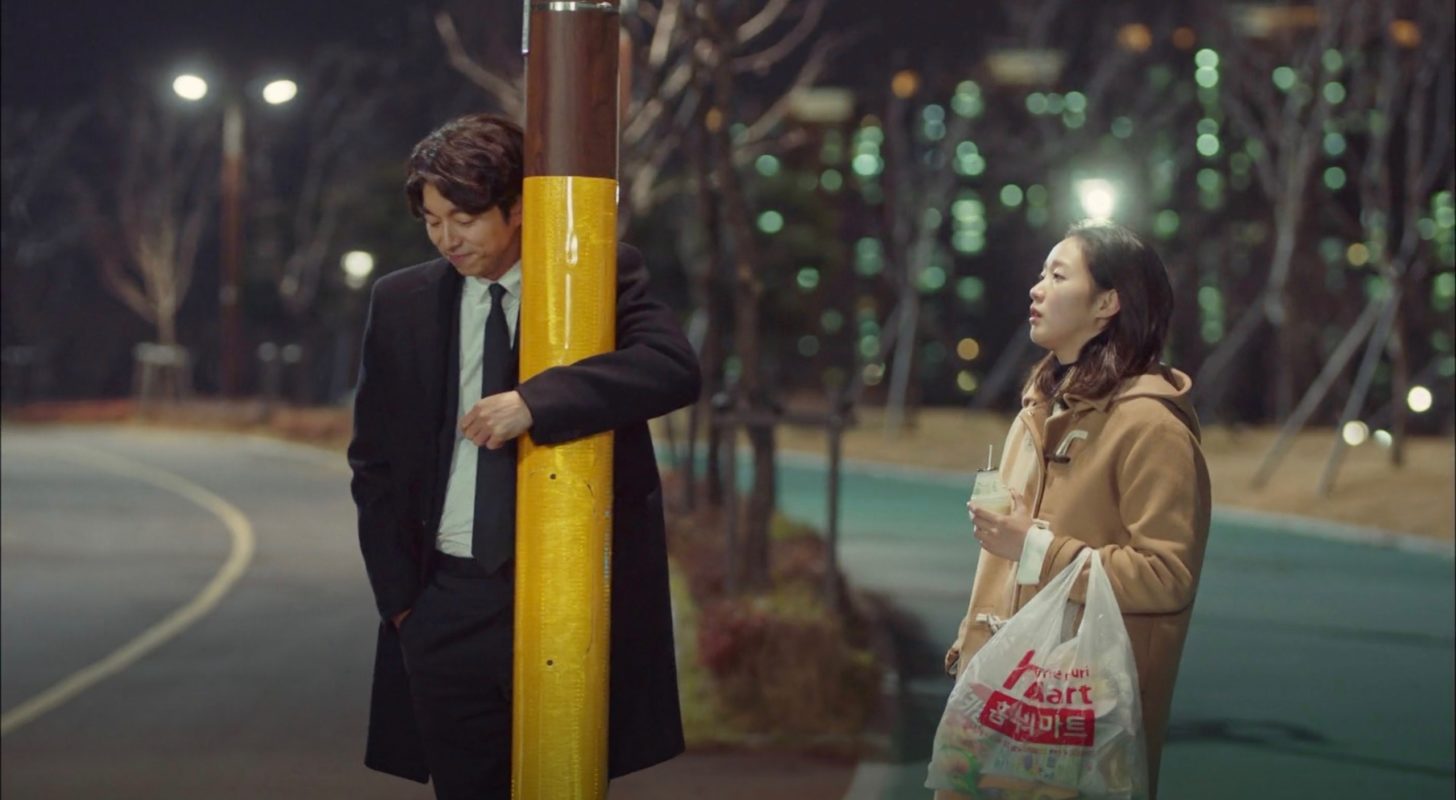 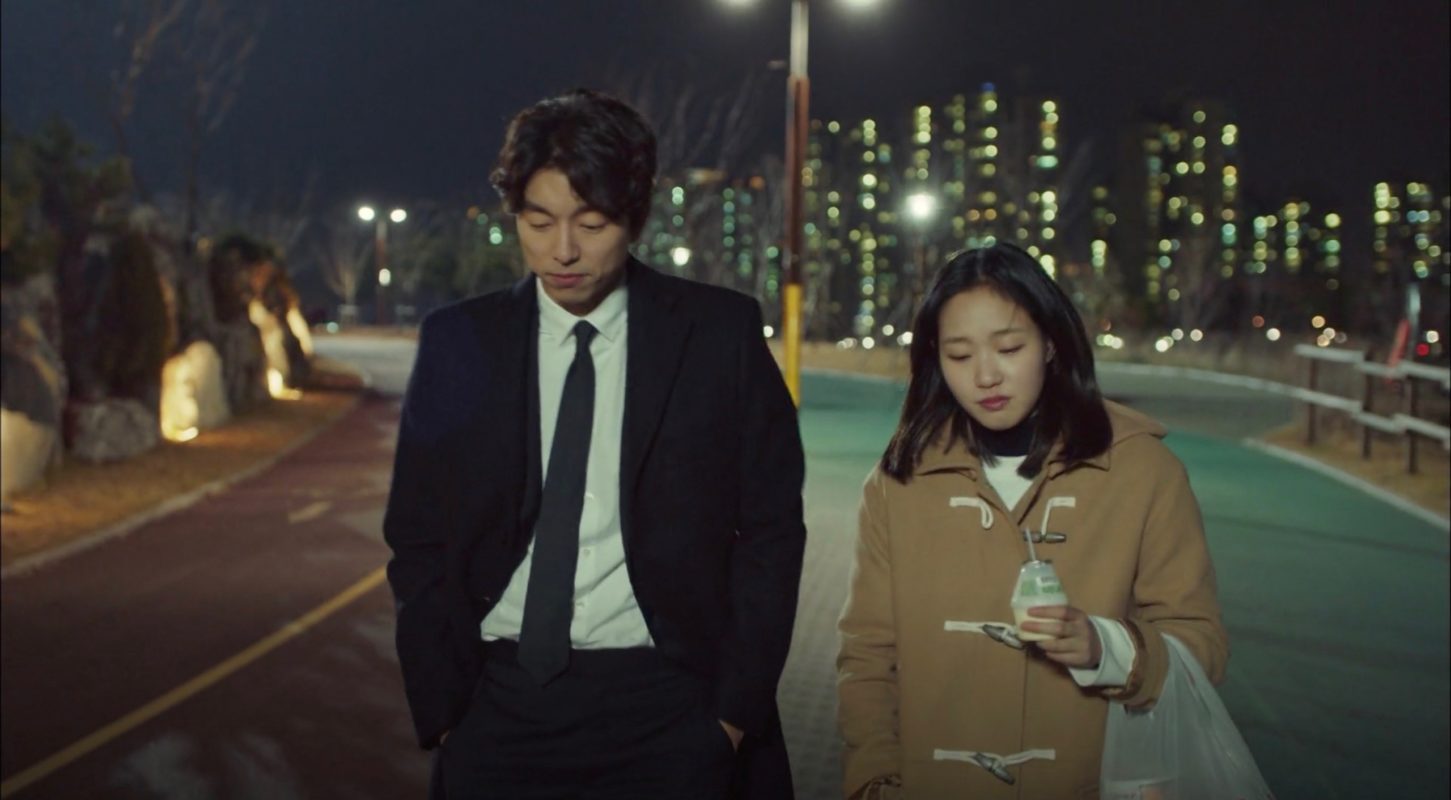 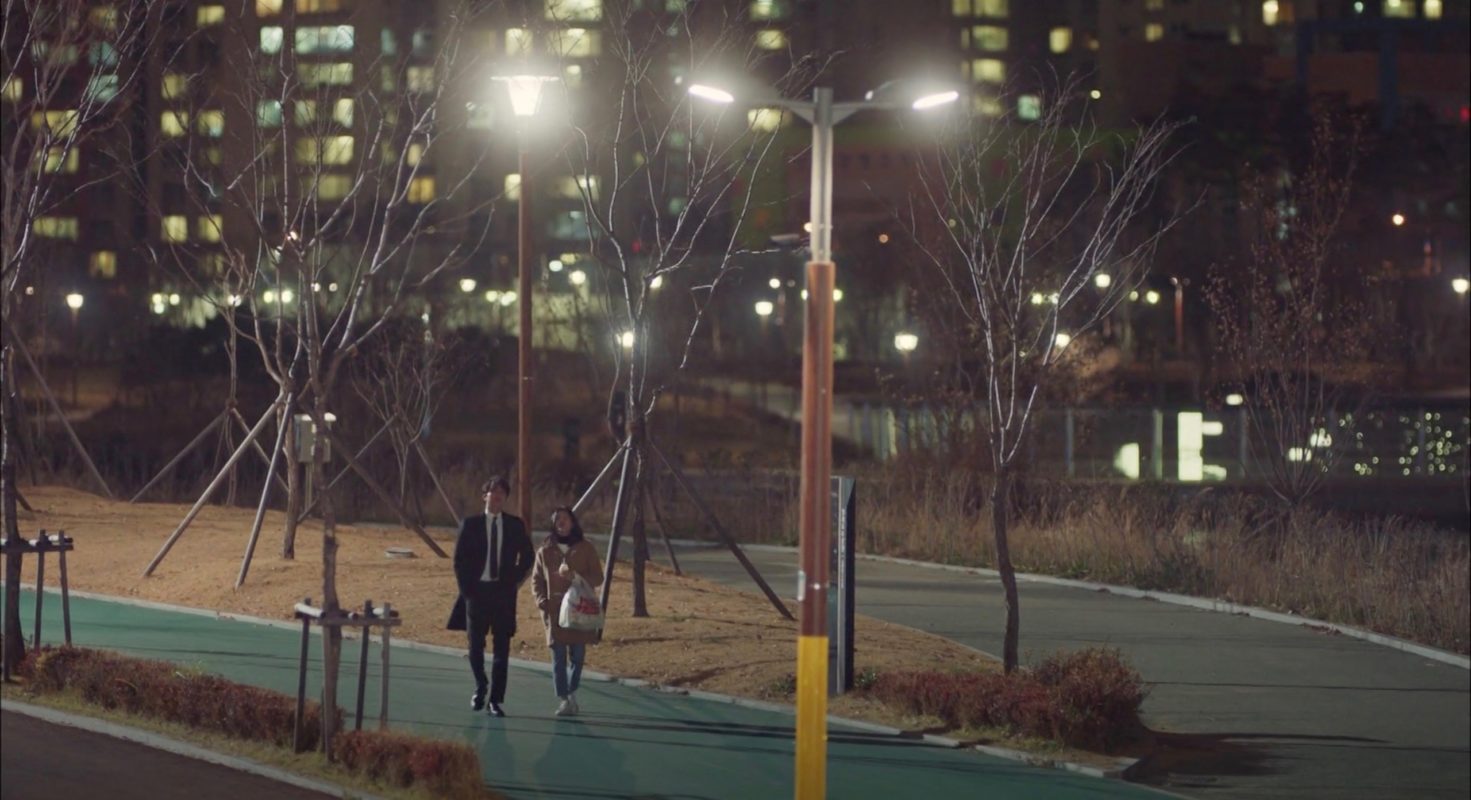 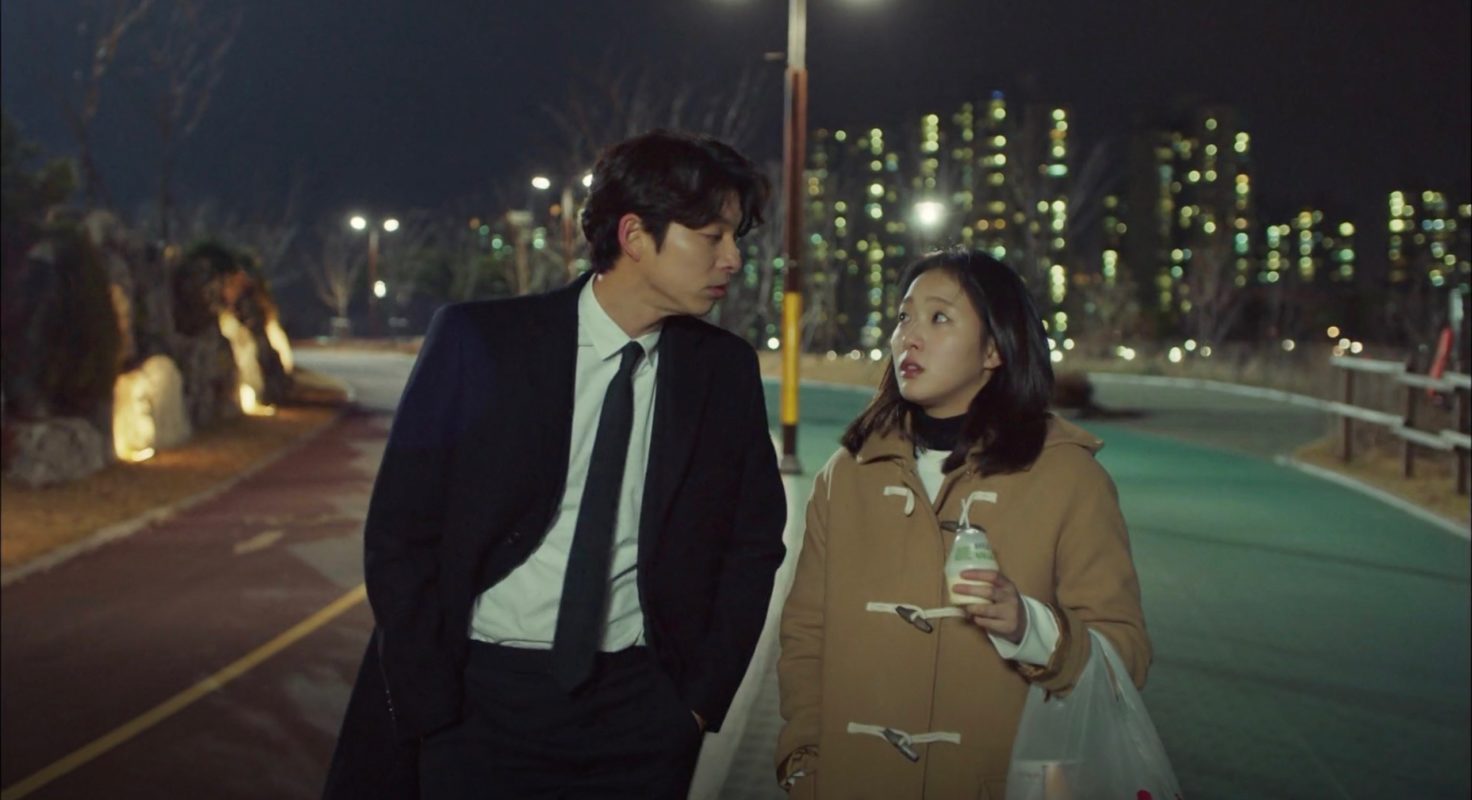 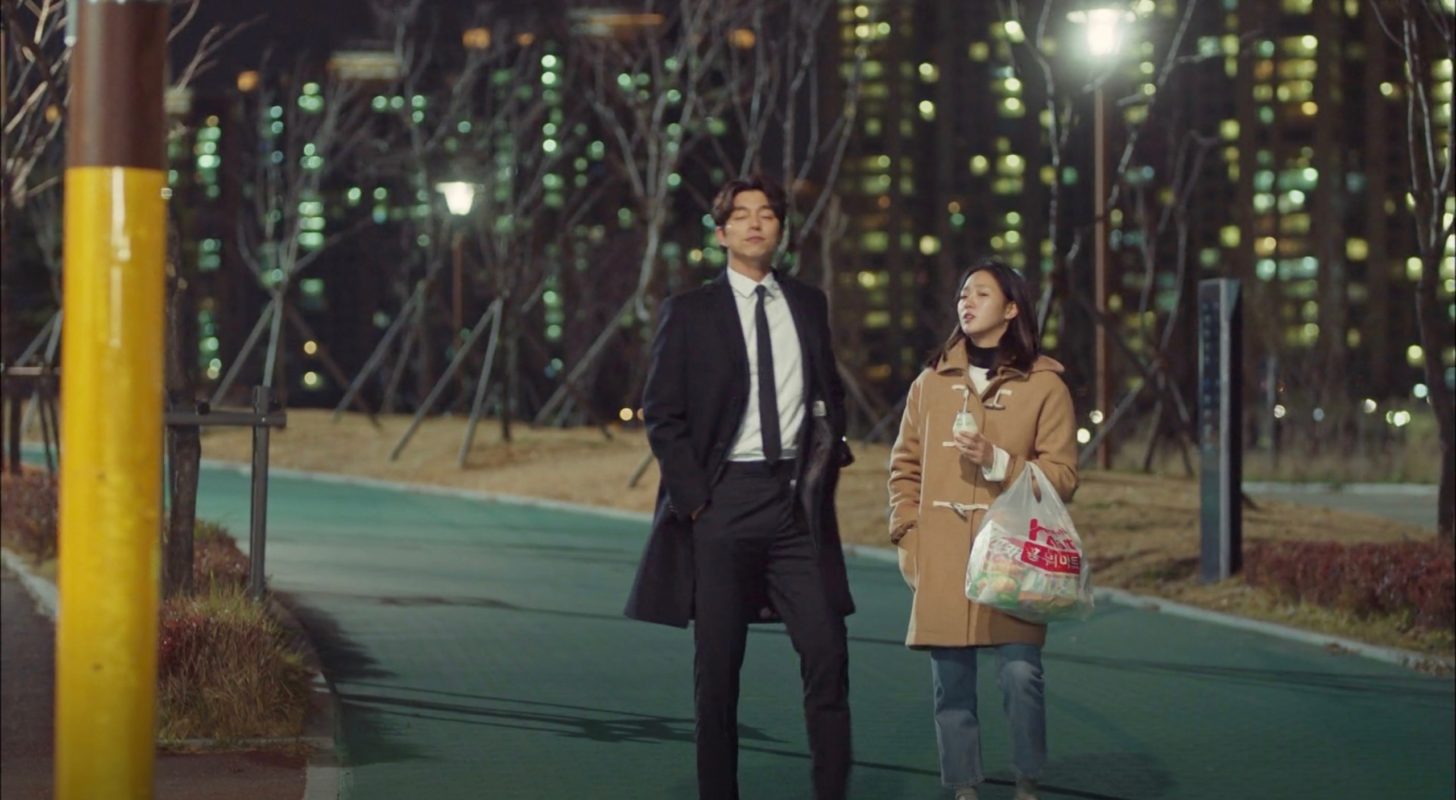 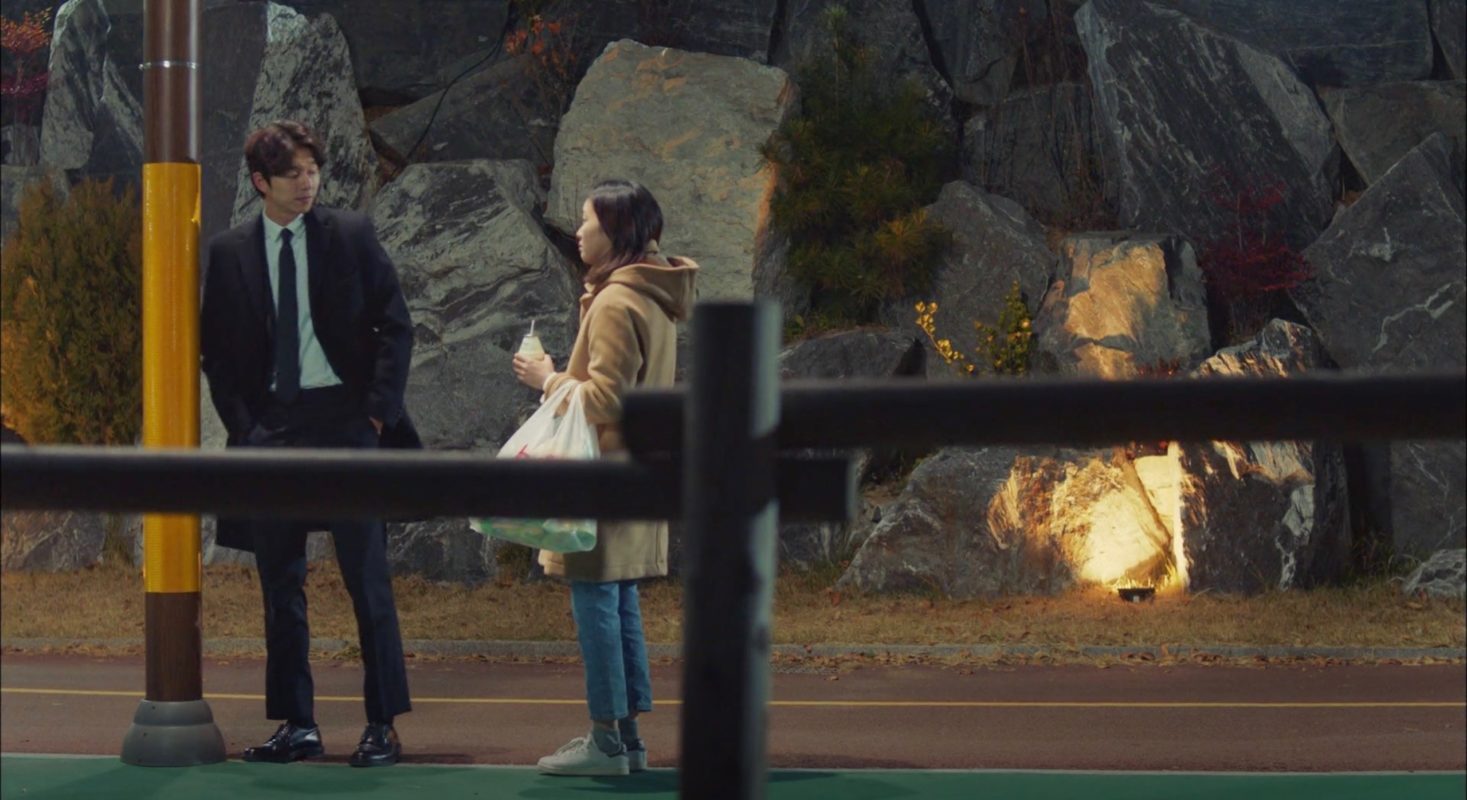 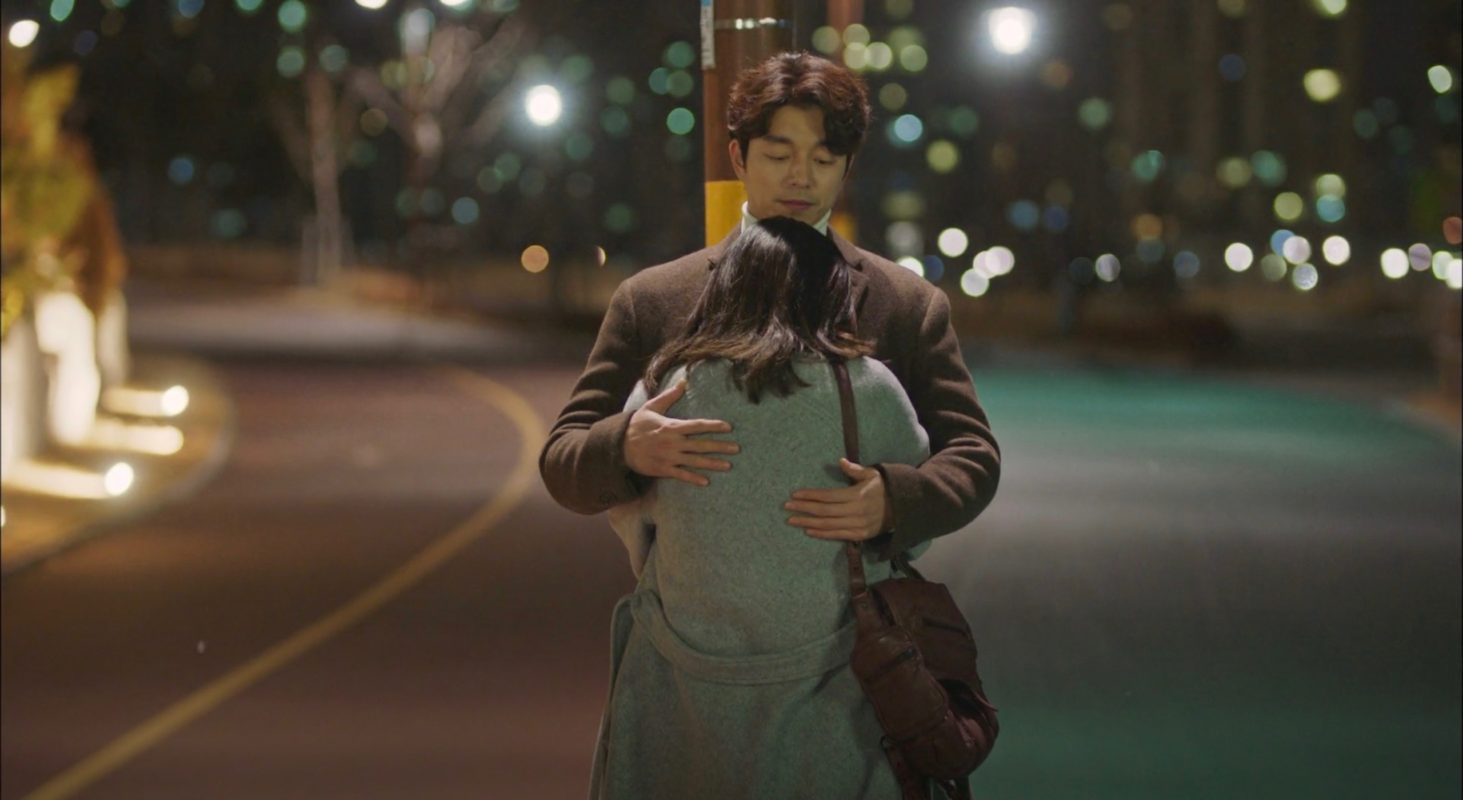 It is at this park that Lee Soo-yeon’s (Lee Je-hoon) gets a phone call from his airport colleagues that Han Yeo-reum (Chae Soo-bin) is hurt in episode 22 of Where Stars Land / Fox Bride Star (여우각시별) (SBS, 2018). Shocked by the news, he drops his cellphone and sitting in his wheelchair has difficulties to reach it.

This is one of Kim Shin (Gong Yoo) and Ji Eun-tak (Kim Go-eun) places to meet up in Goblin/Guardian: The Lonely and Great God (쓸쓸하고 찬란하神 – 도깨비) (tvN, 2016-17). In episode 4, a tipsy Shin talks a bit more about himself as he would have a done with a sober mind and also tells Eun-tak that she is his first and last bride. In episode 13, Eun-tak summons him here because she has missed him.

Opened in 2015 as Cheongna’s leisure and recreational hub, one of the attractions of this park is its musical fountain [청라호수공원 음악분수].