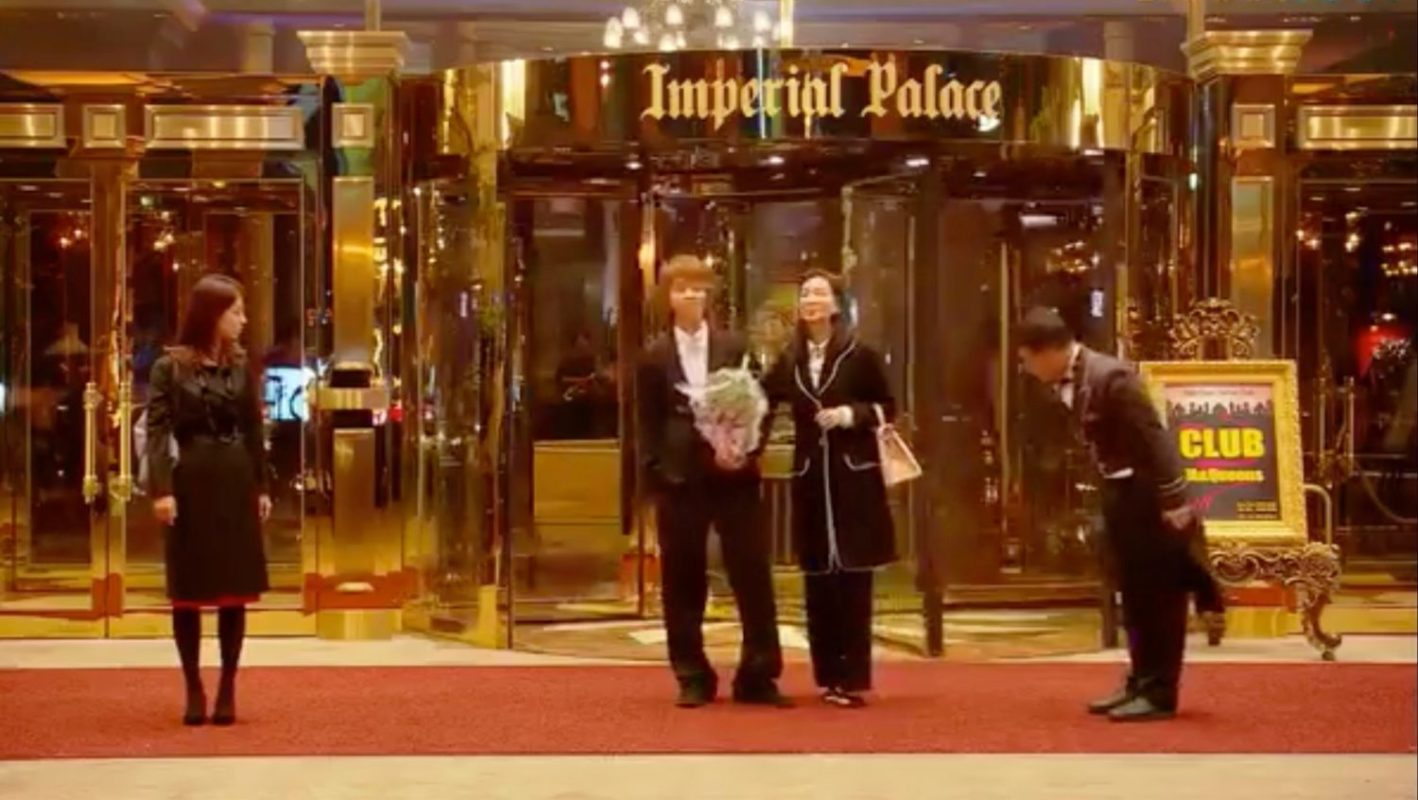 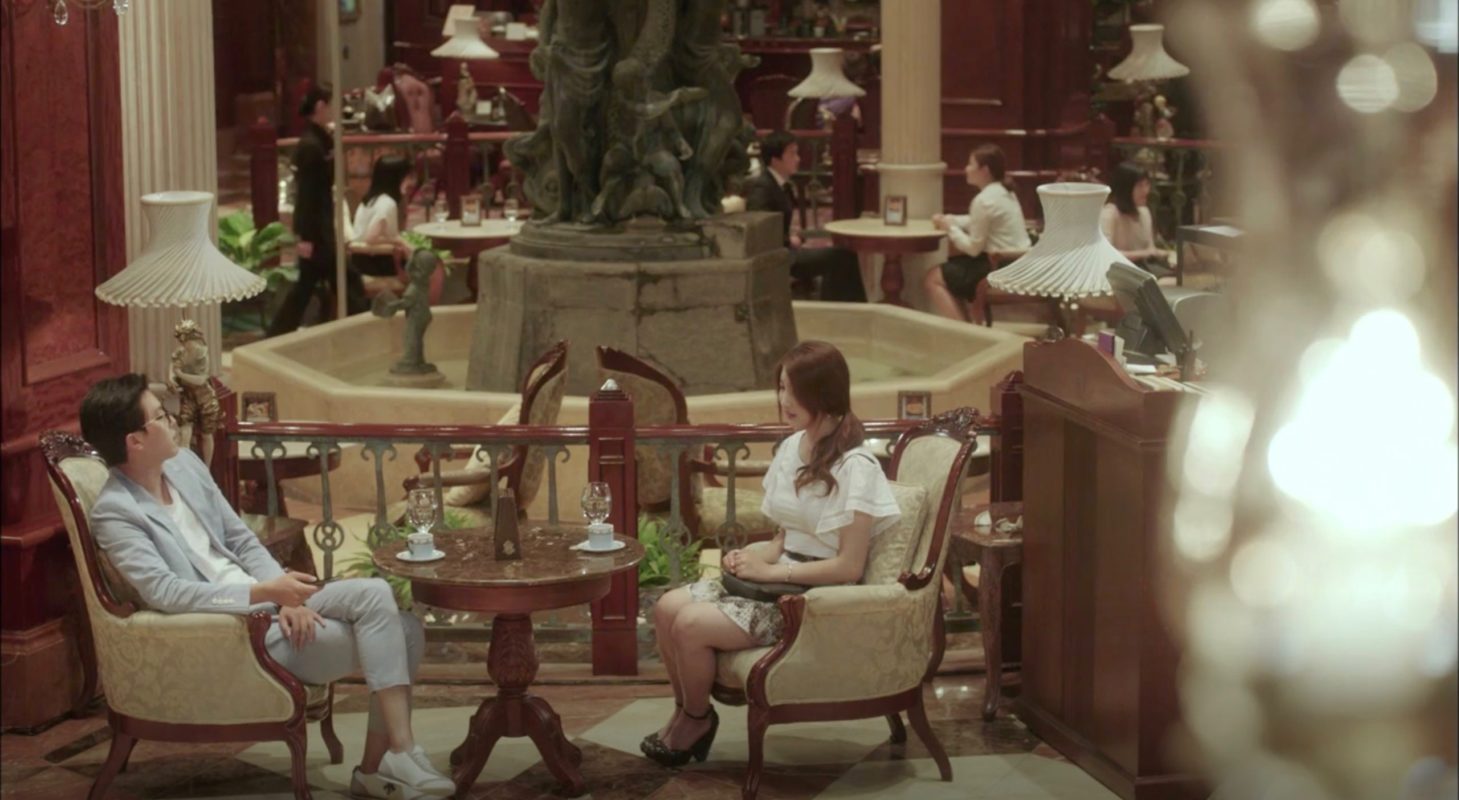 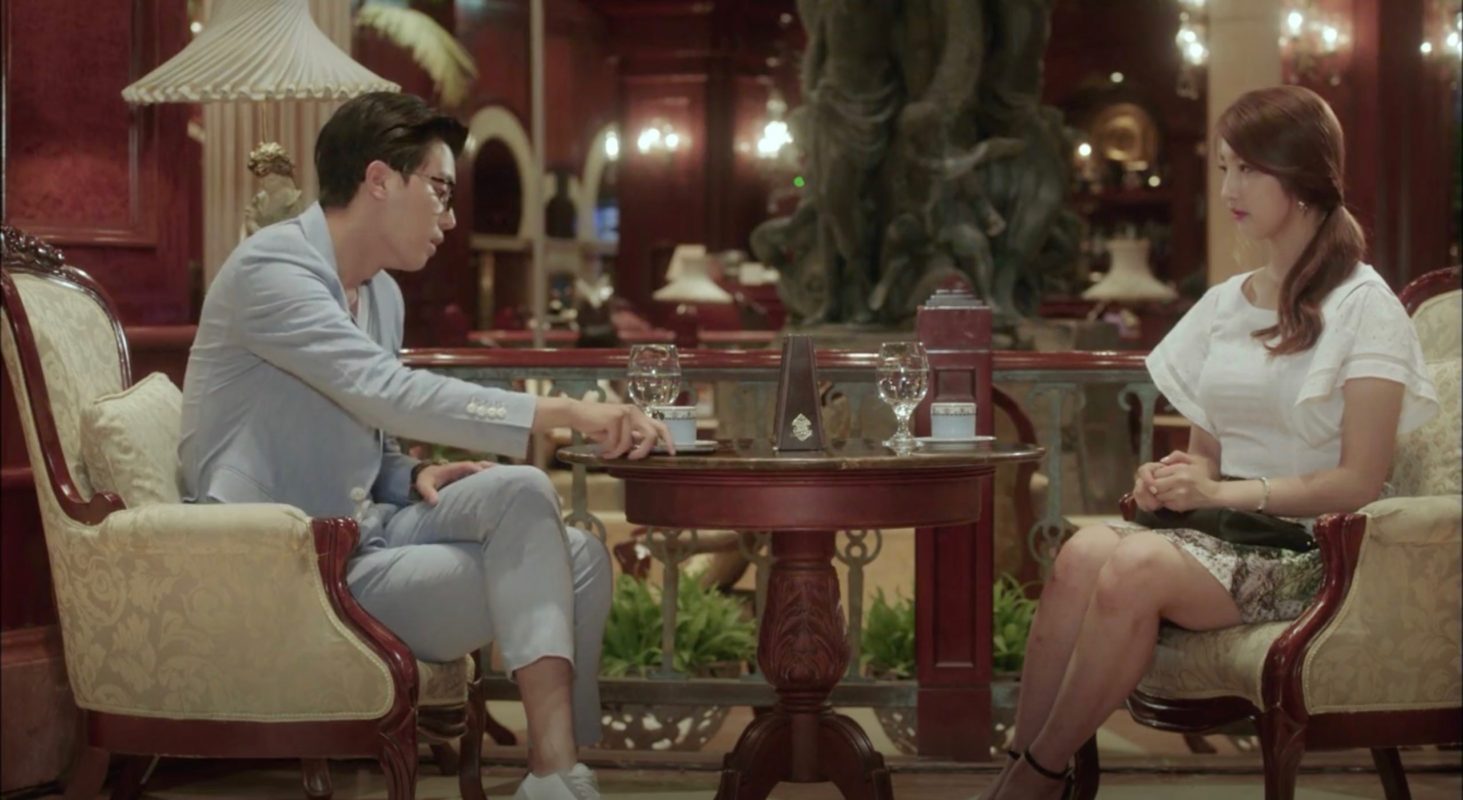 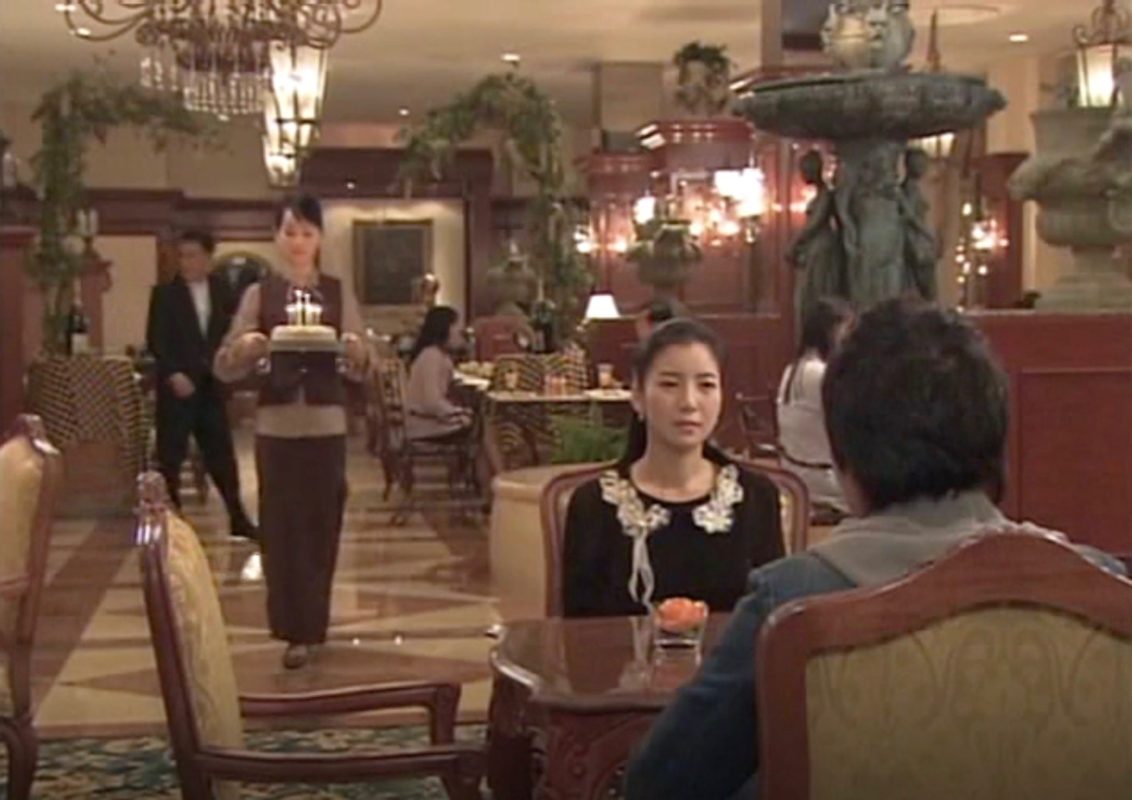 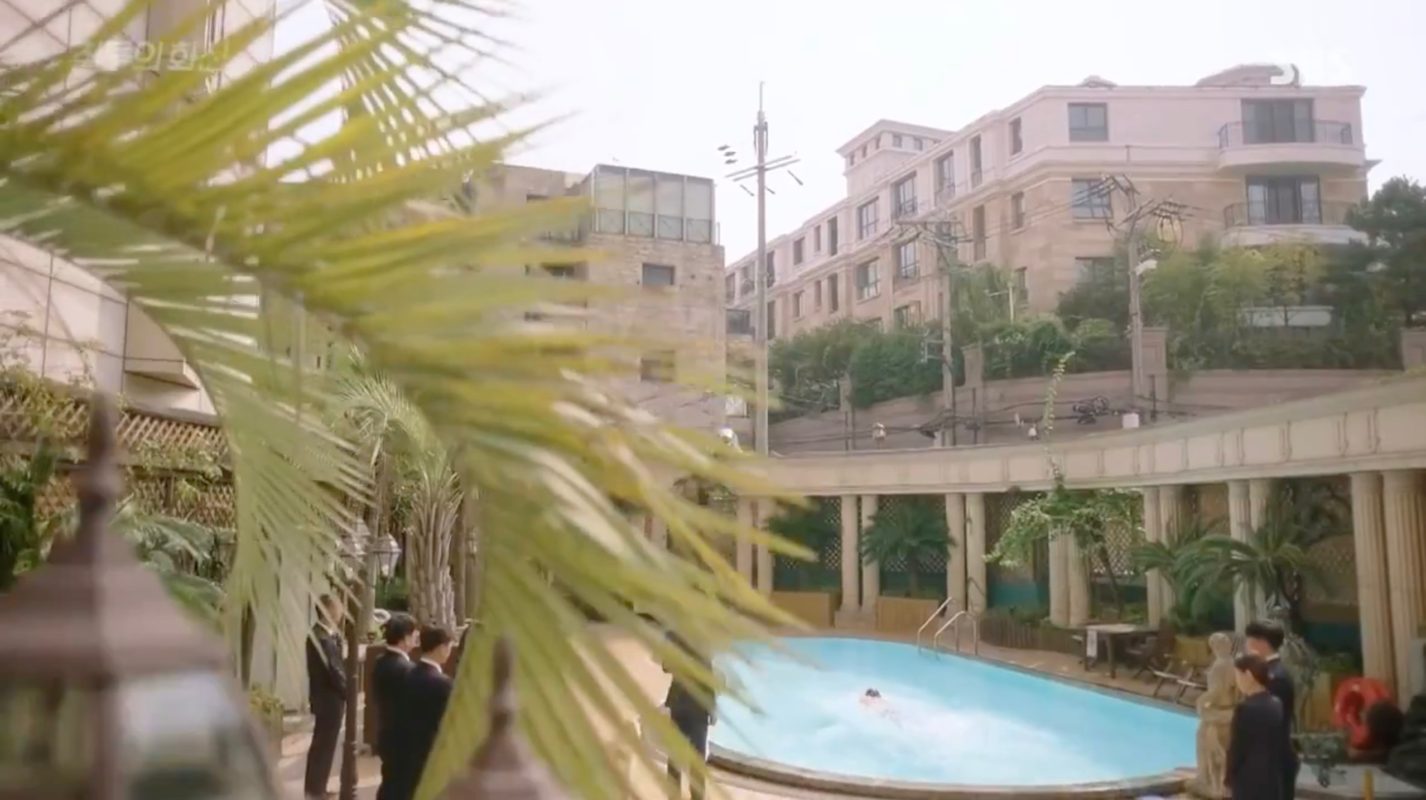 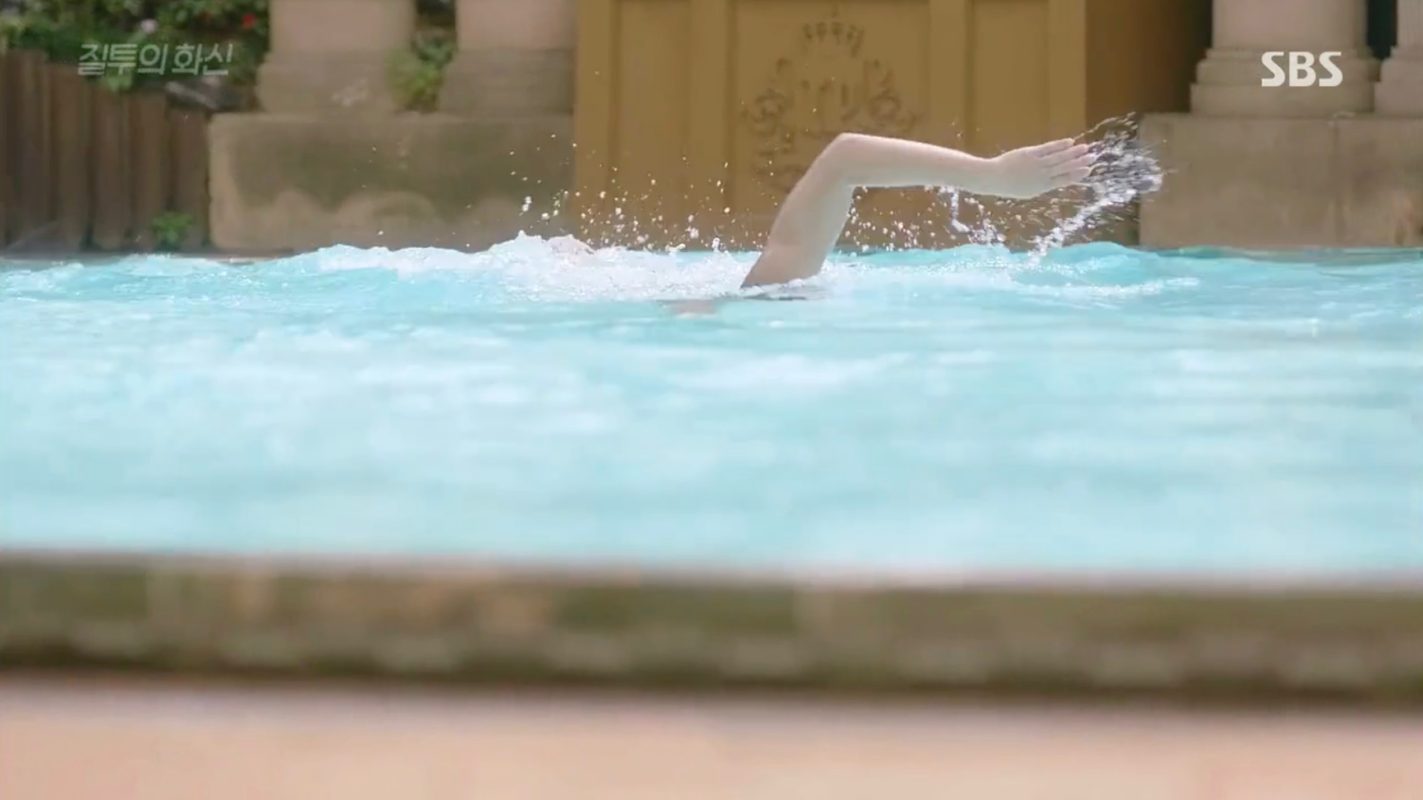 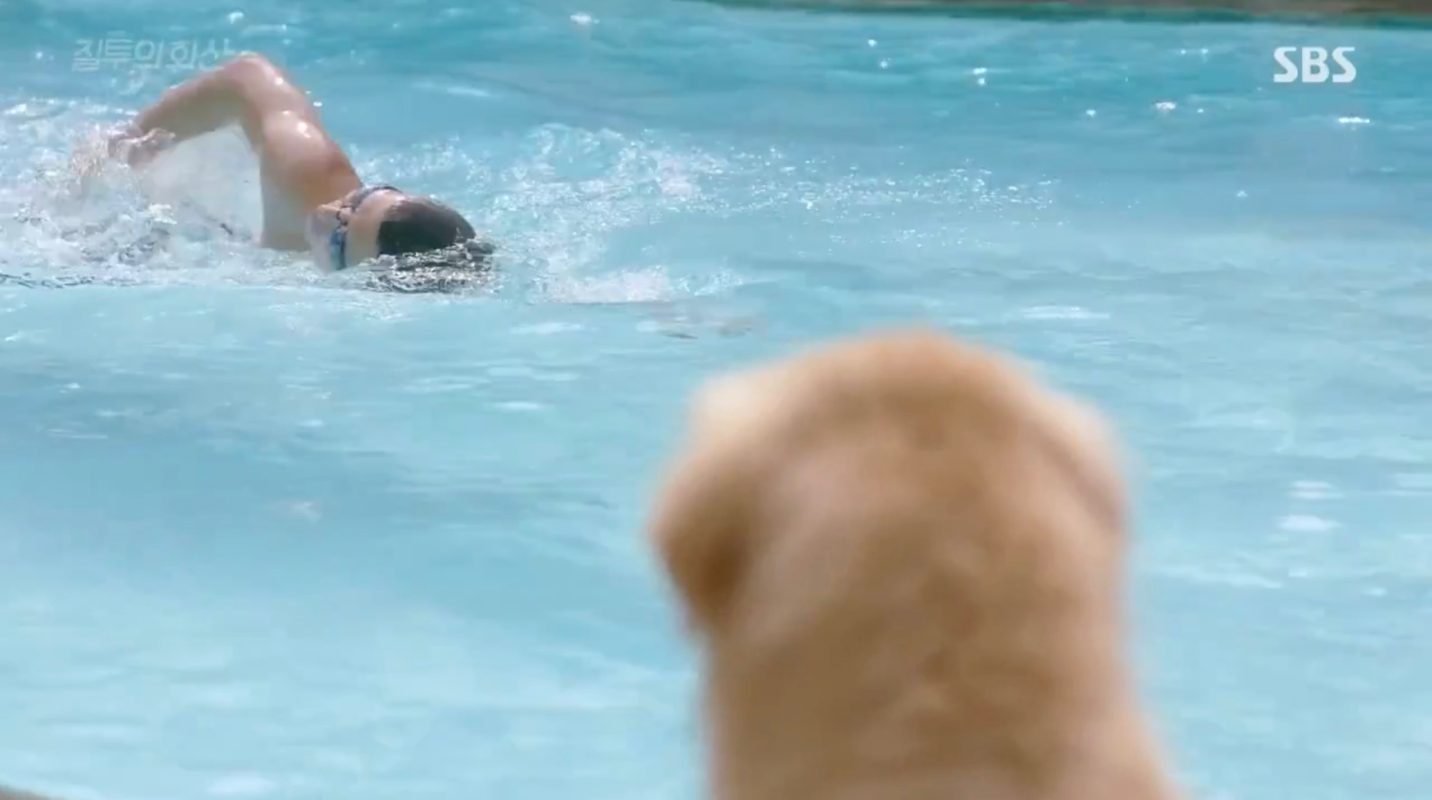 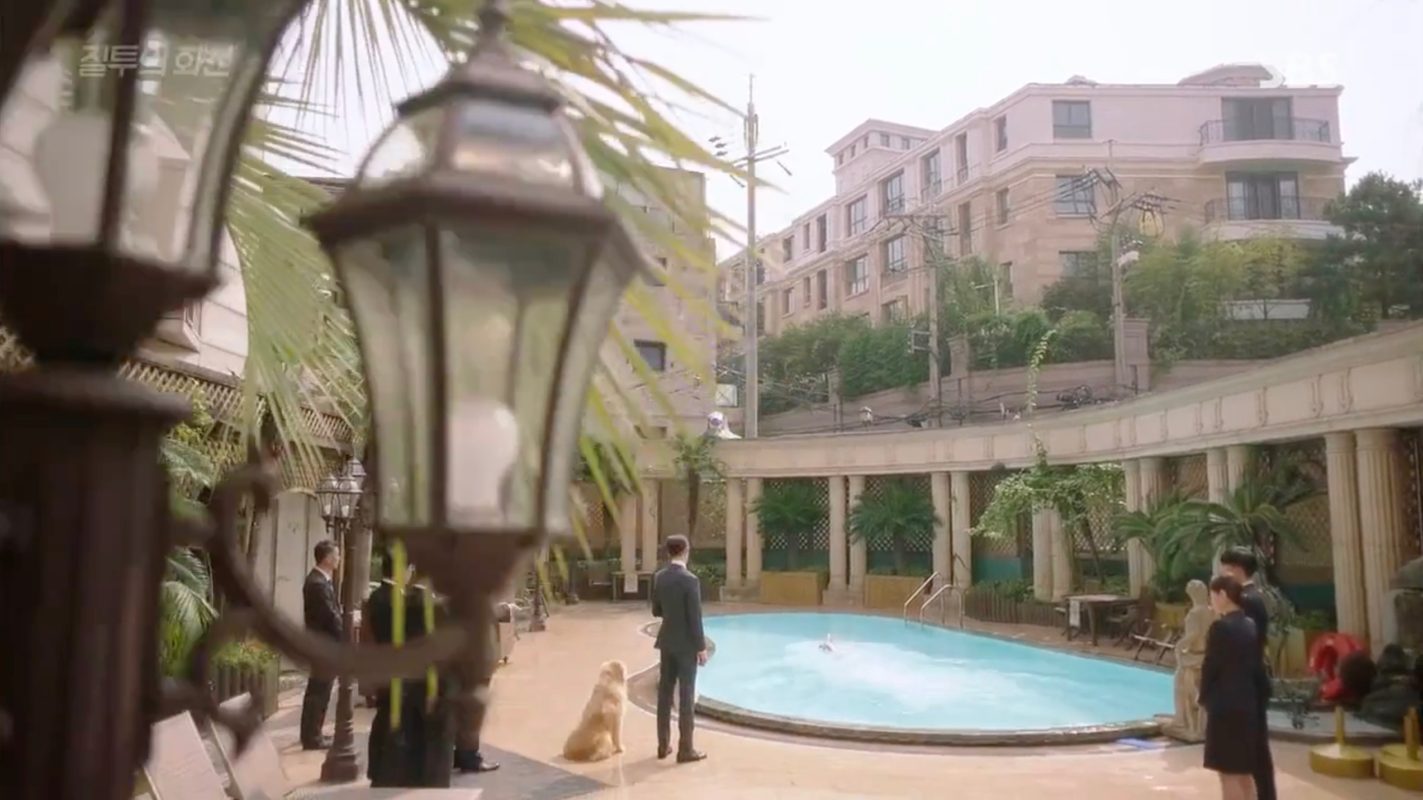 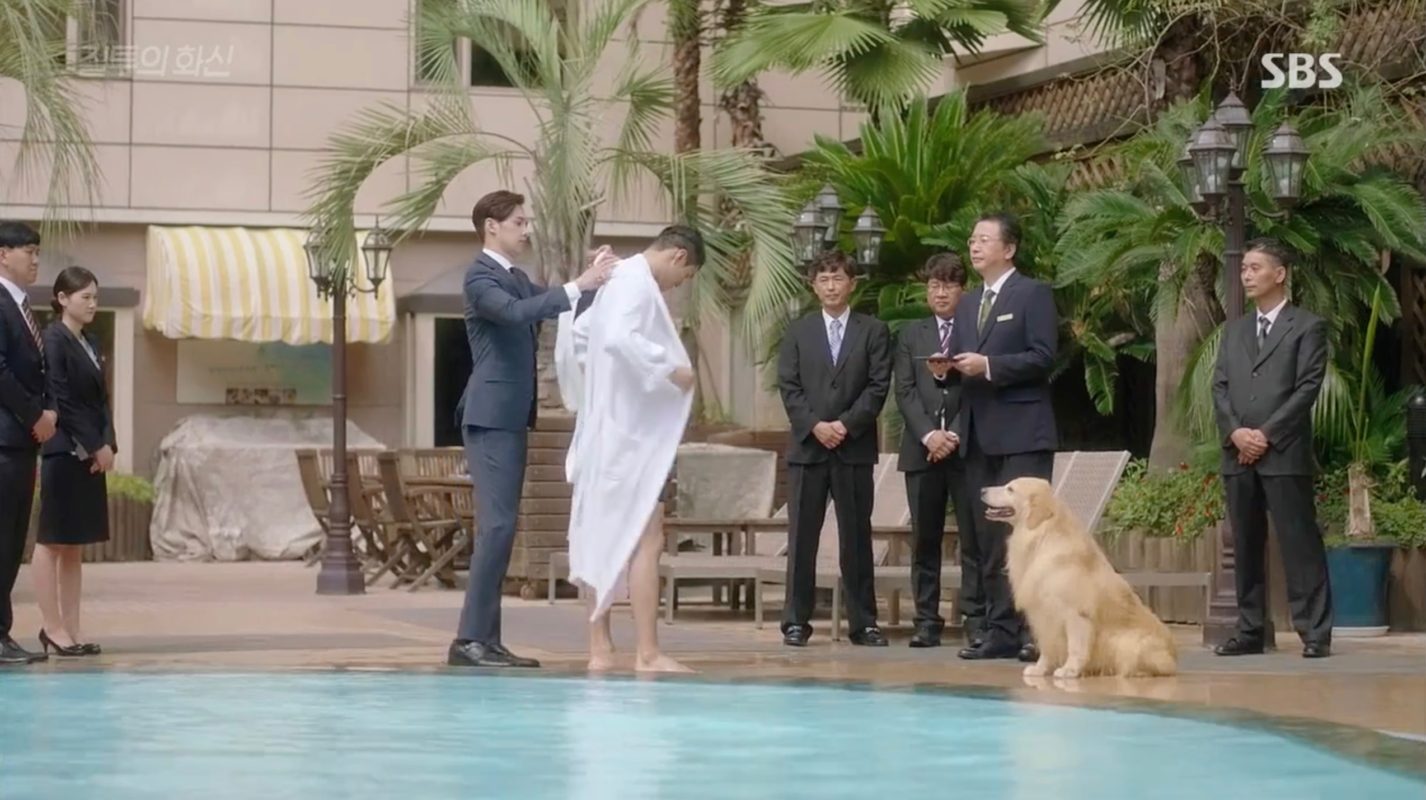 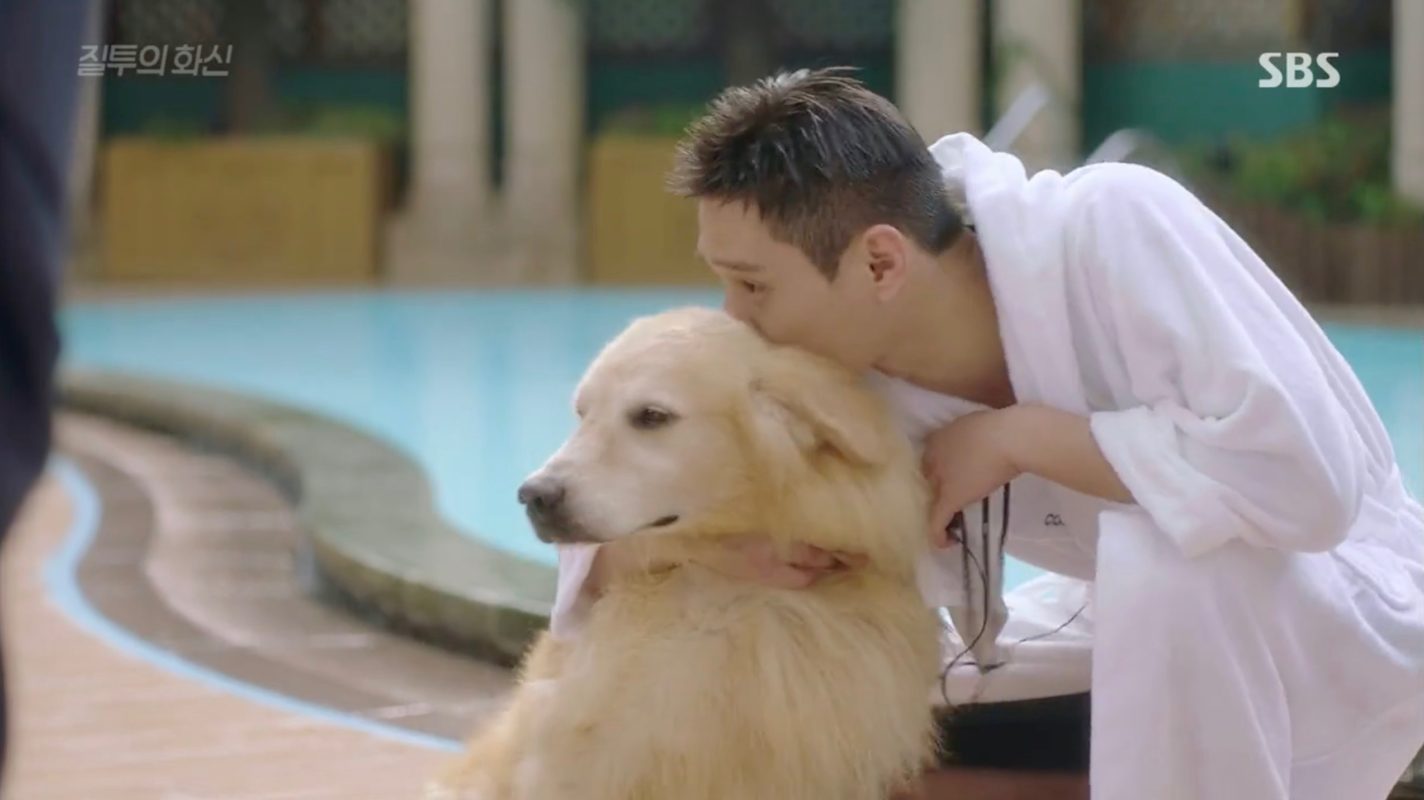 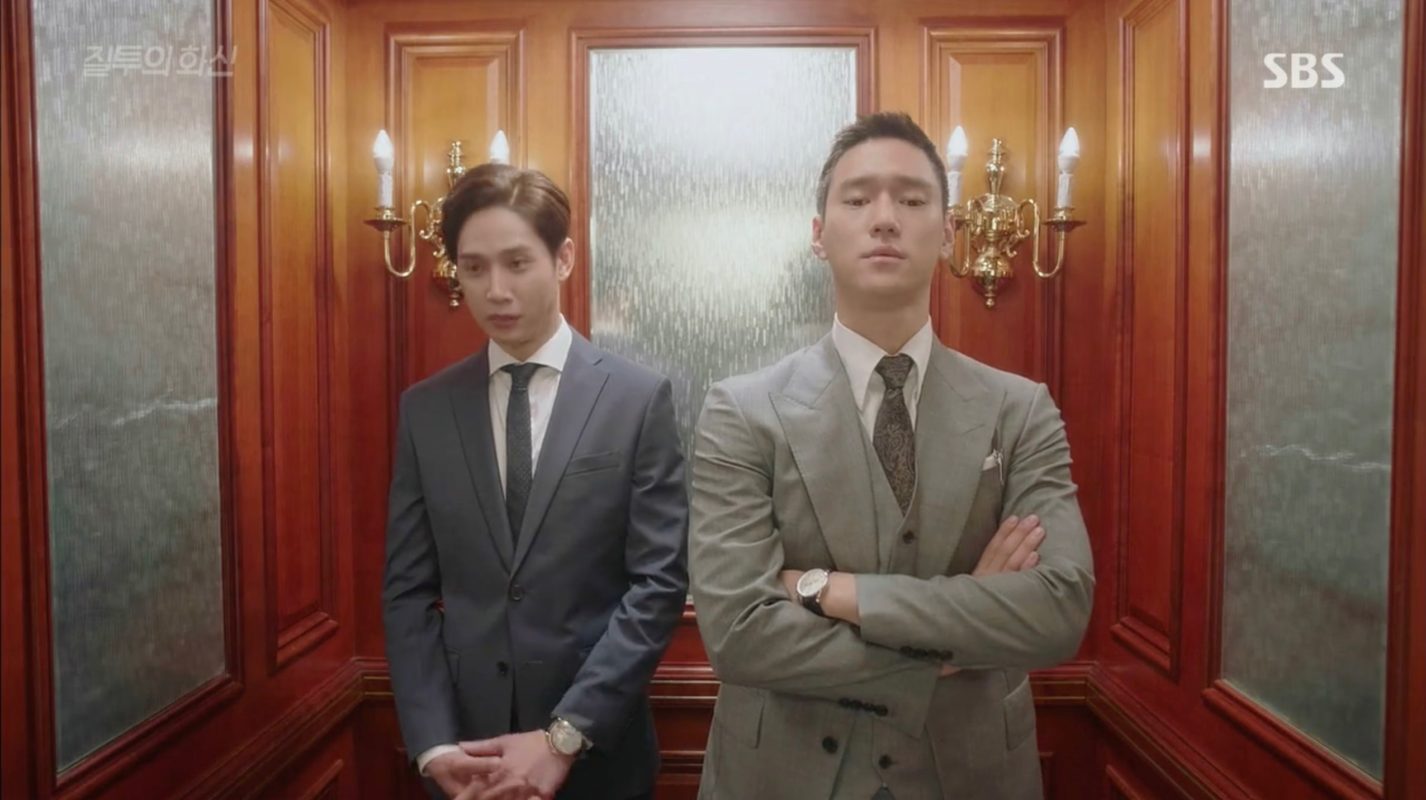 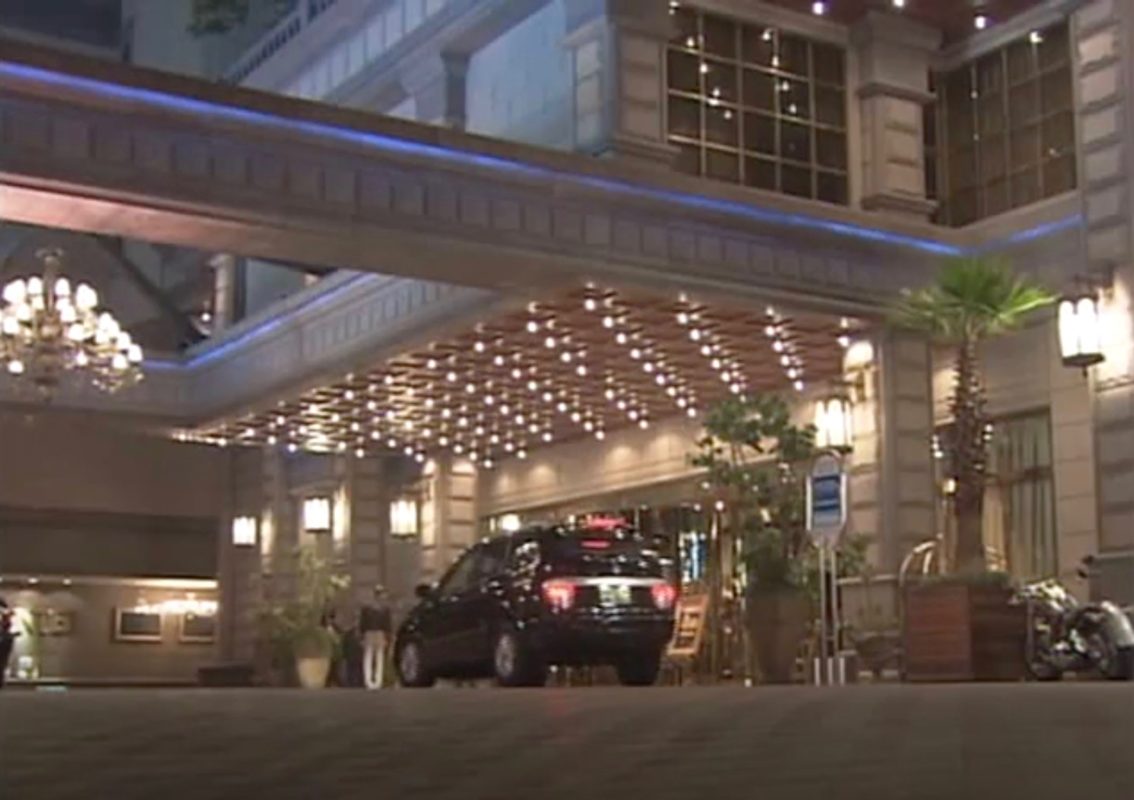 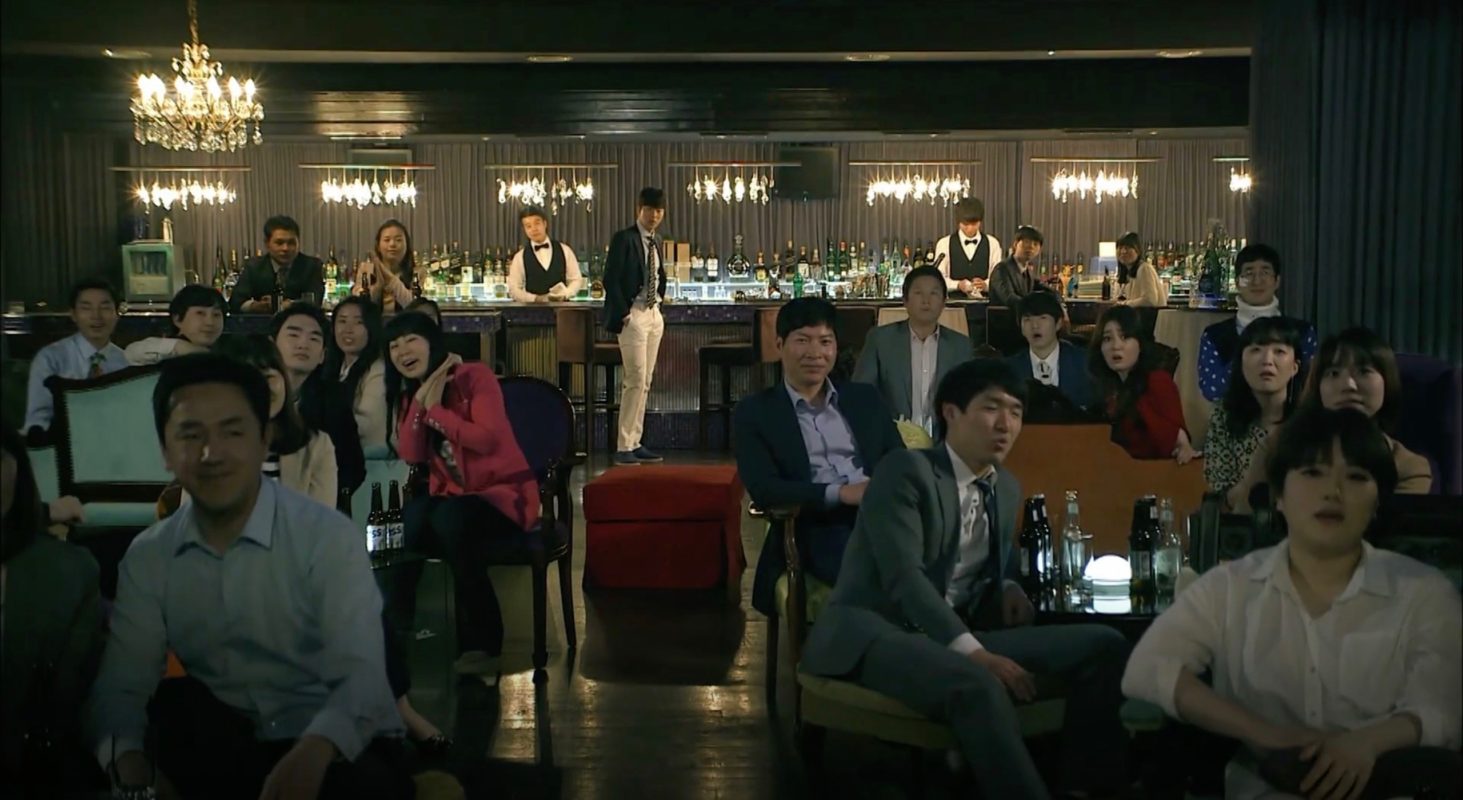 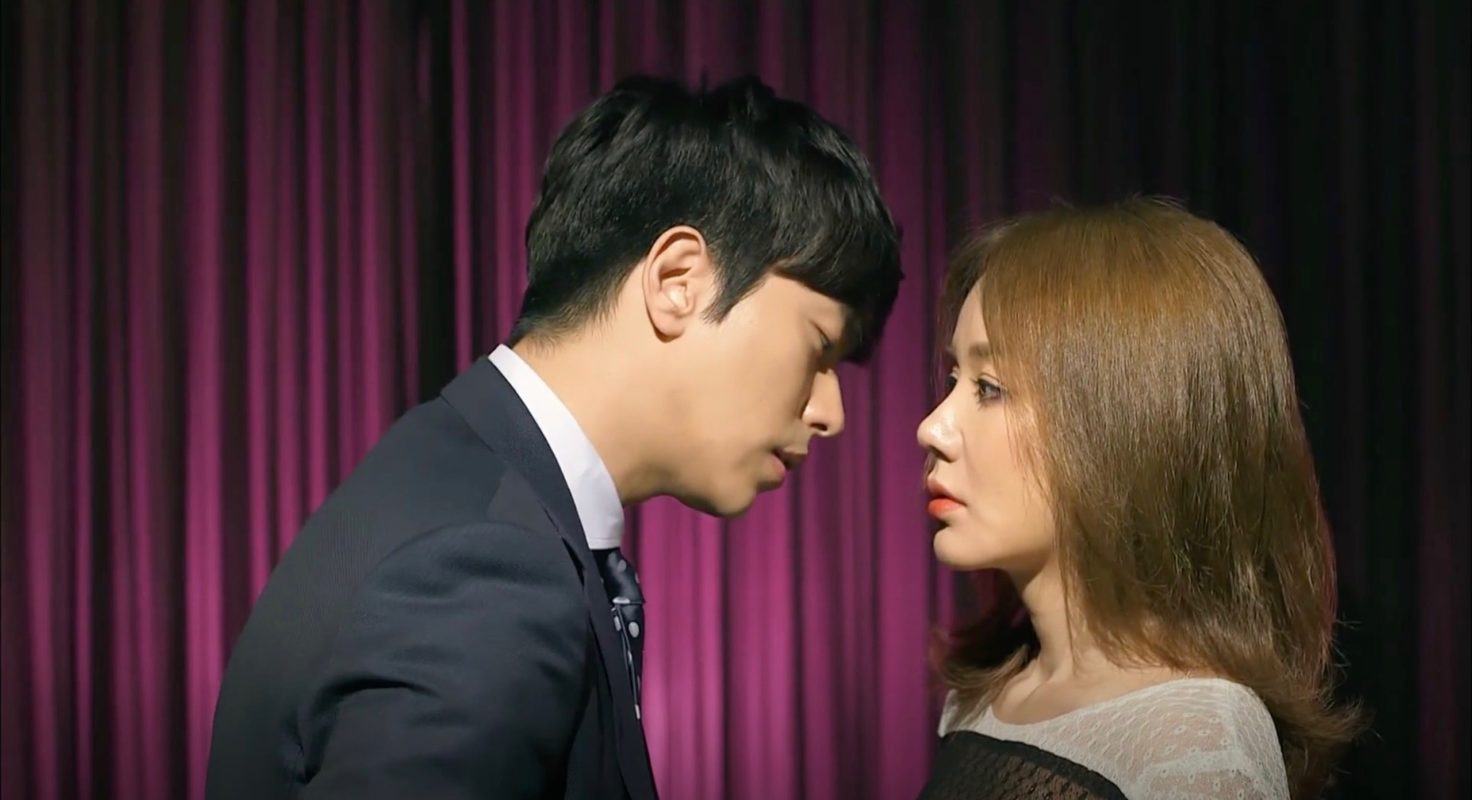 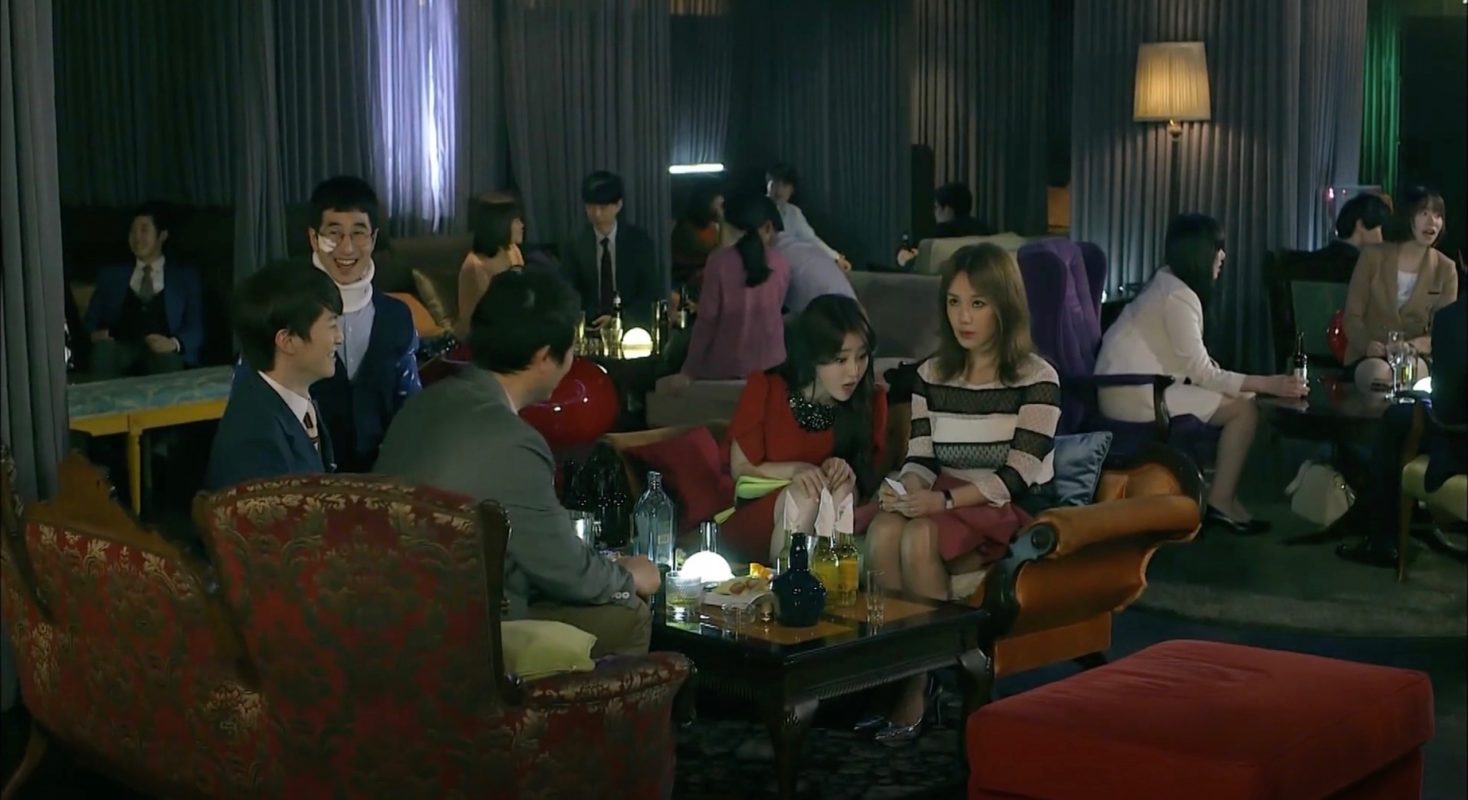 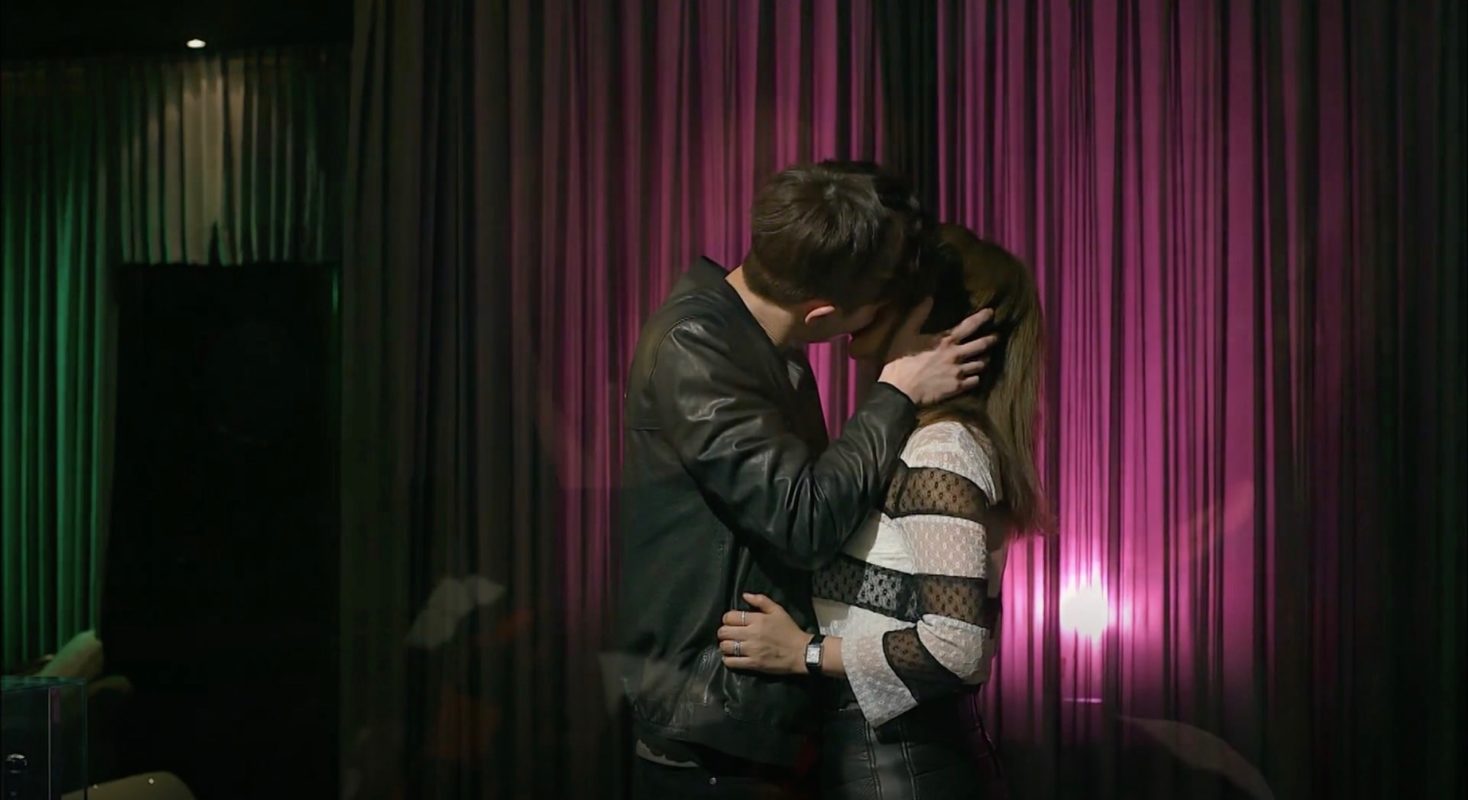 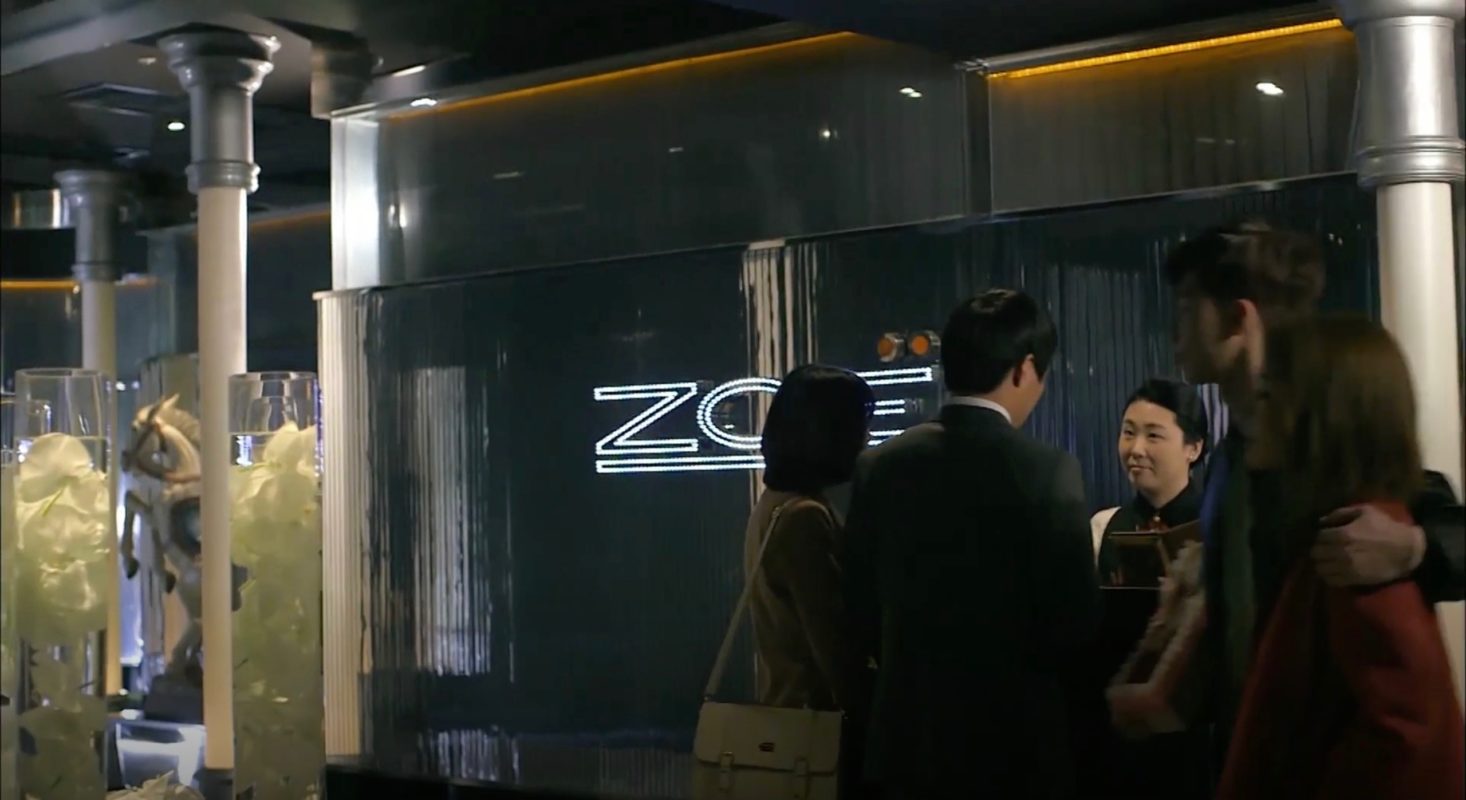 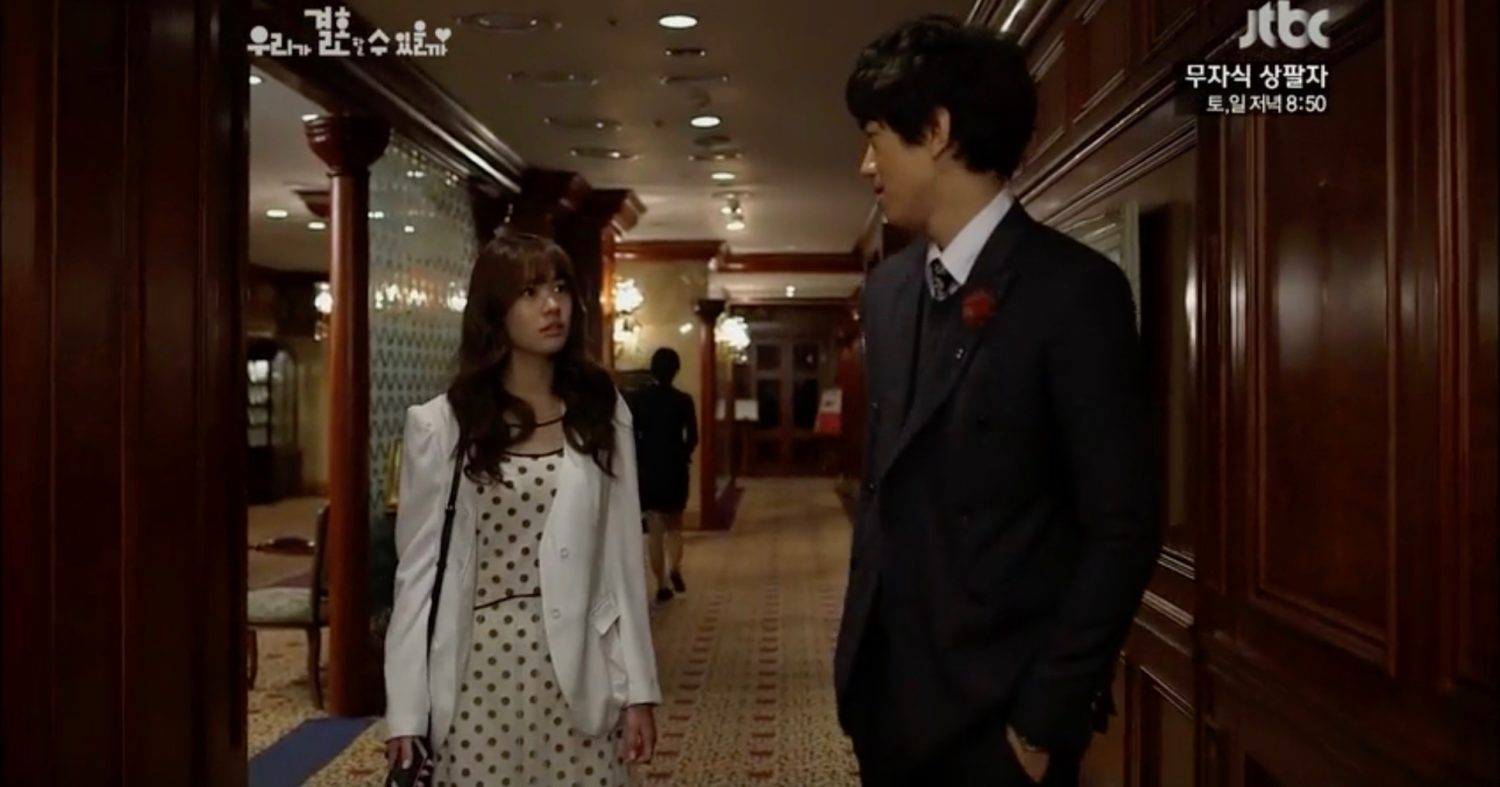 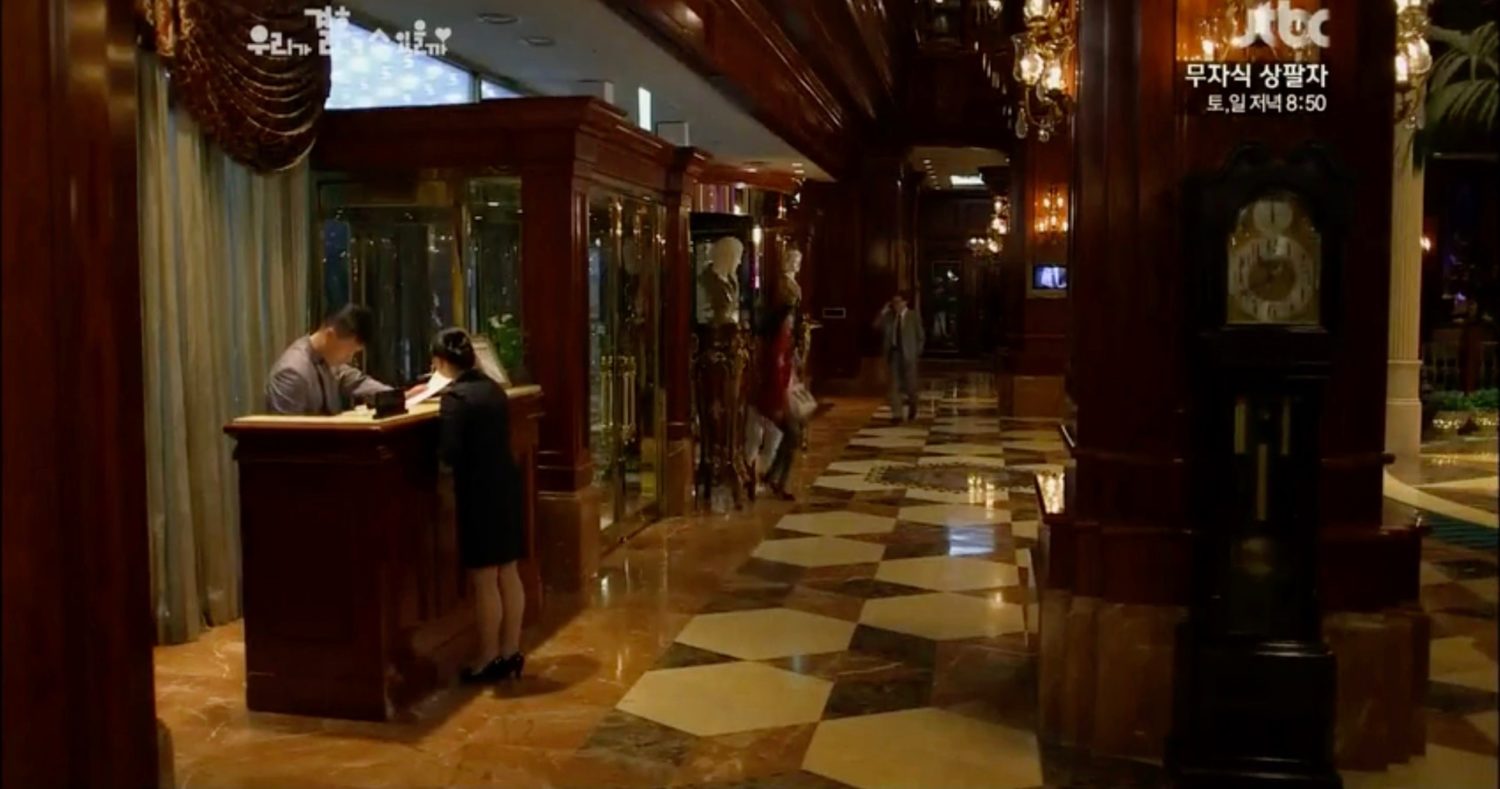 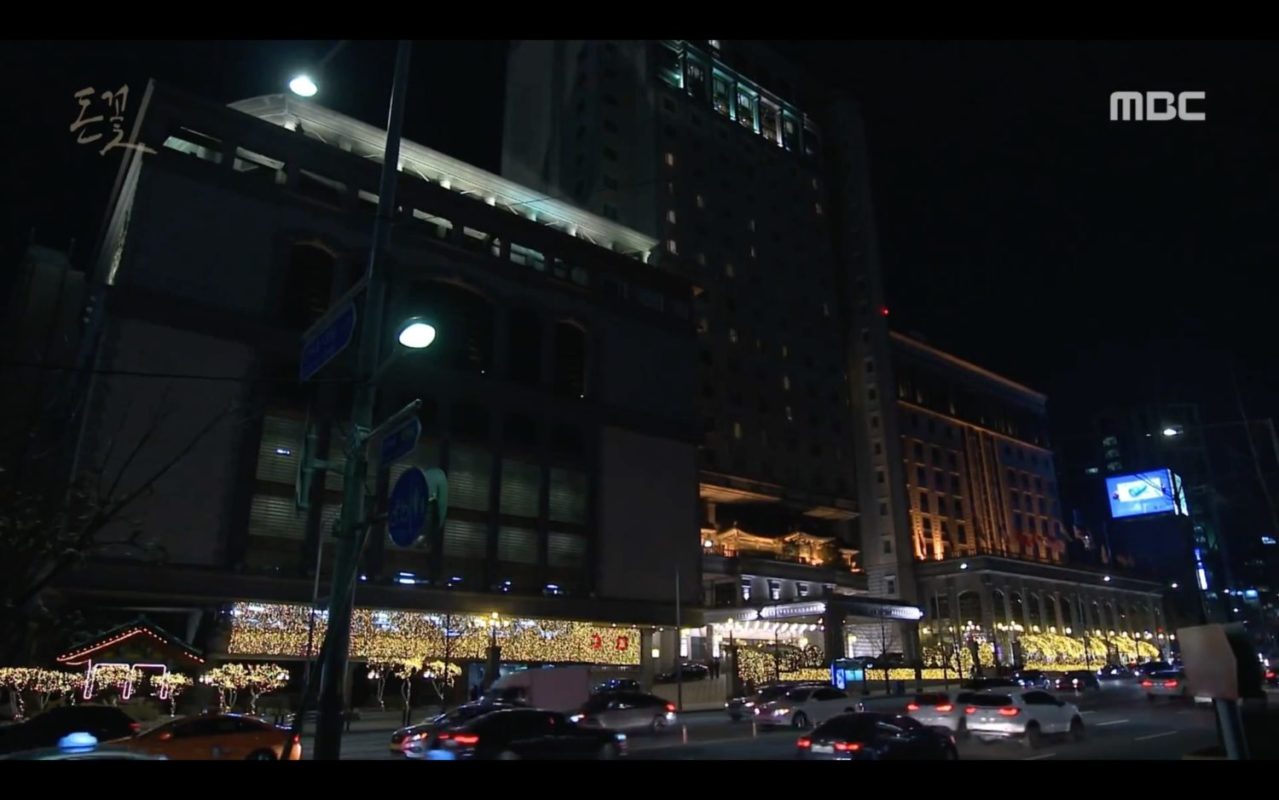 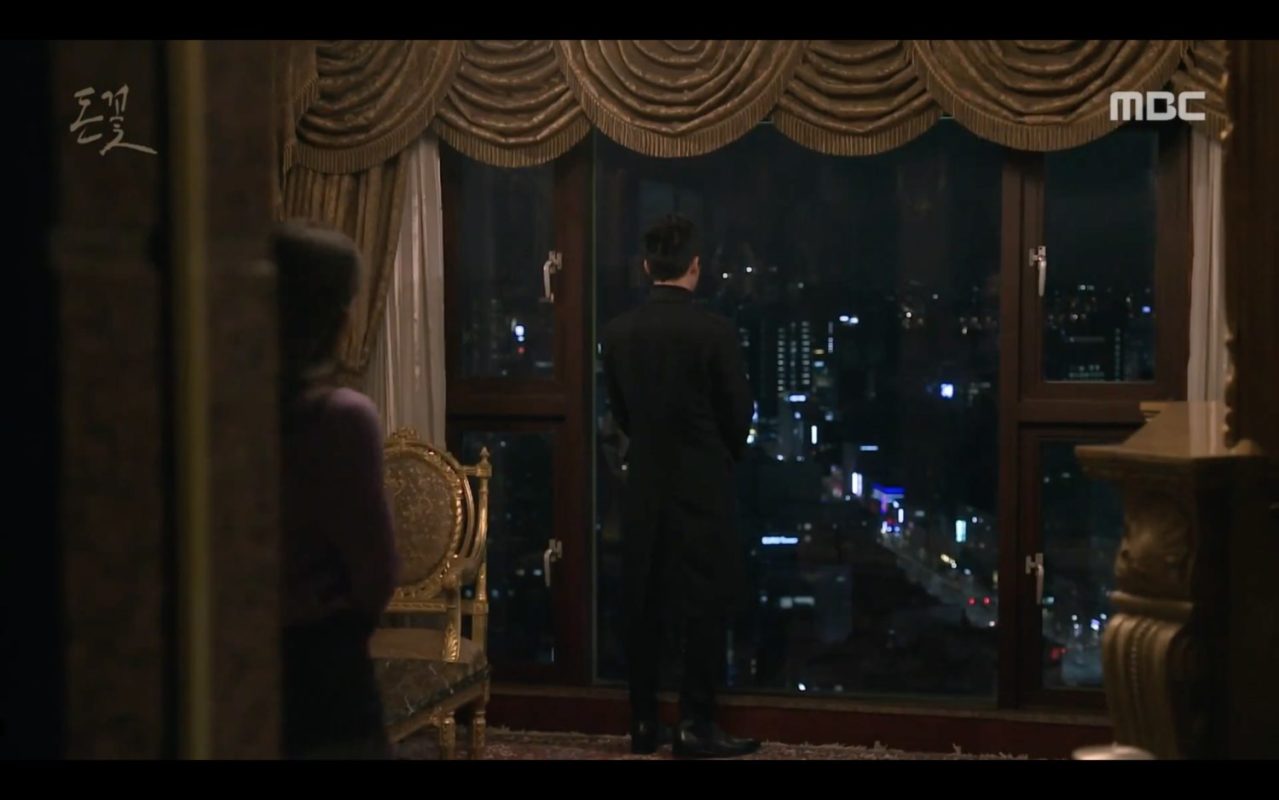 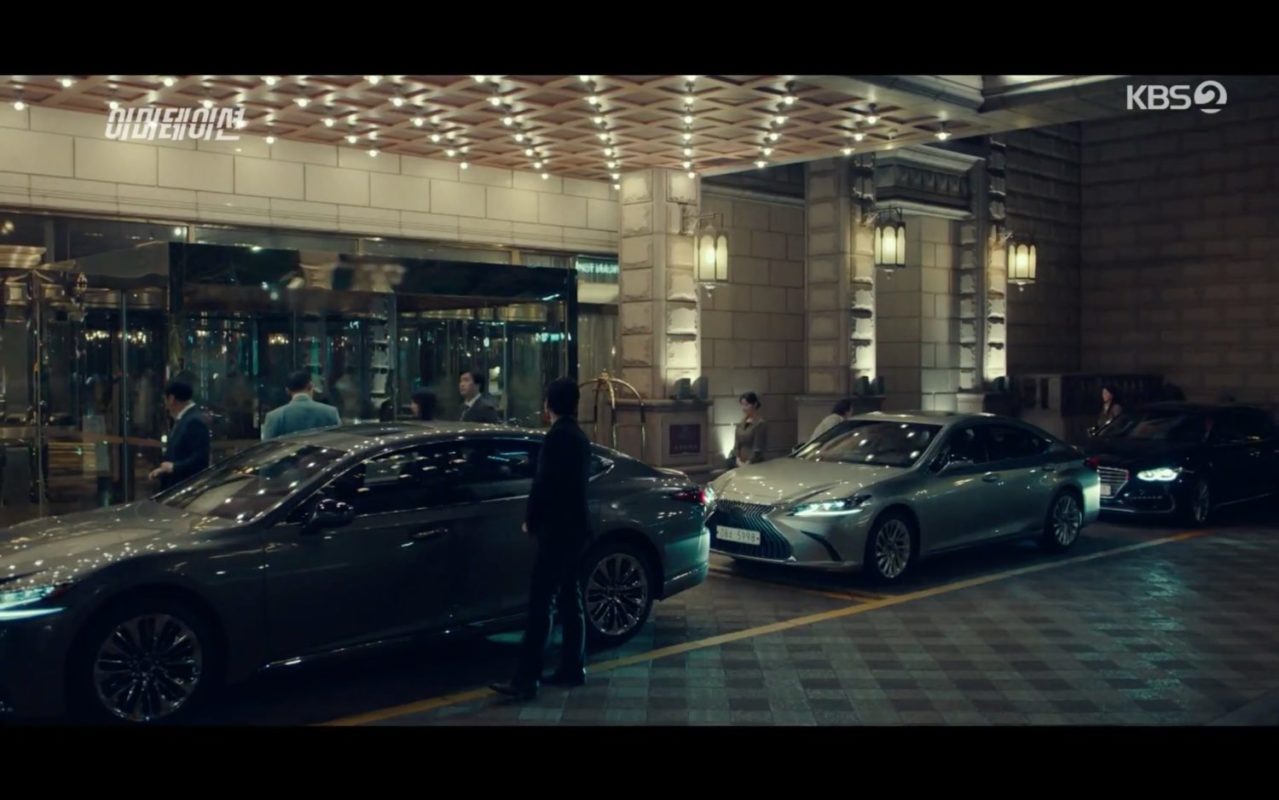 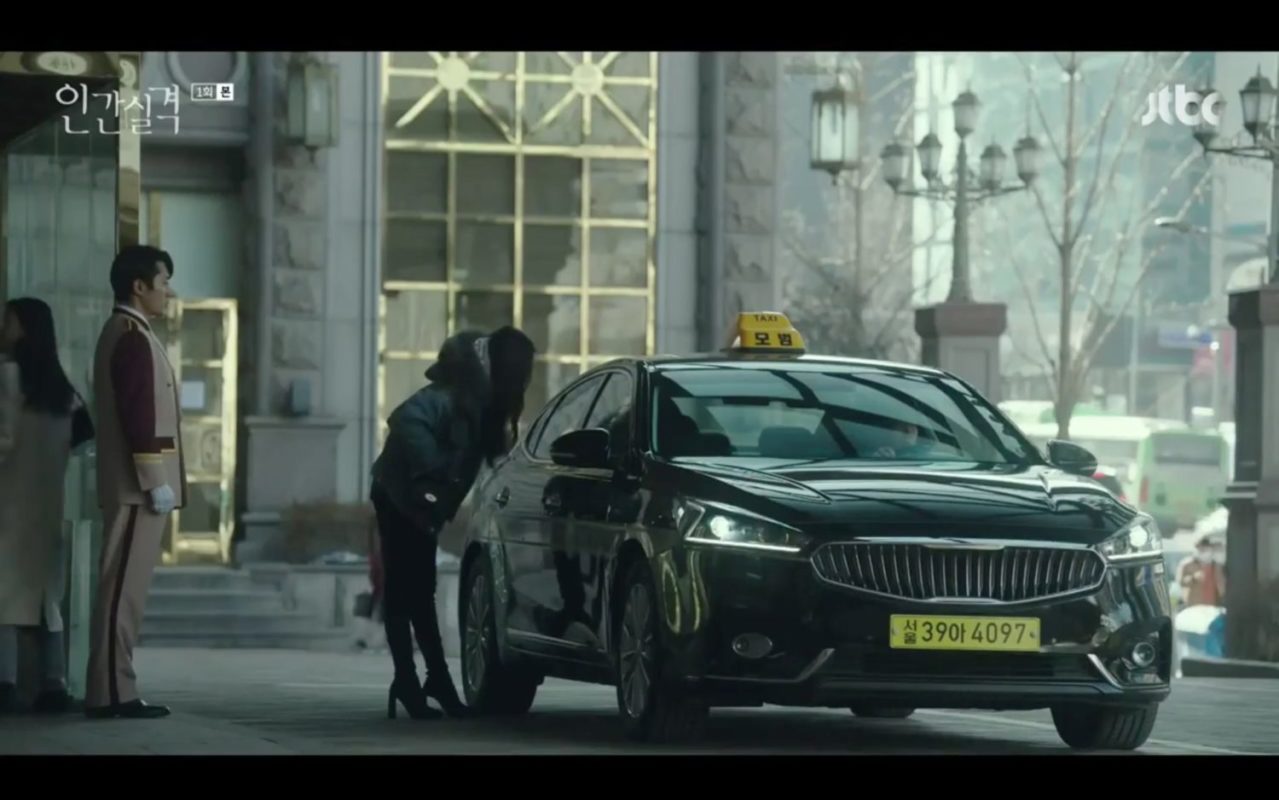 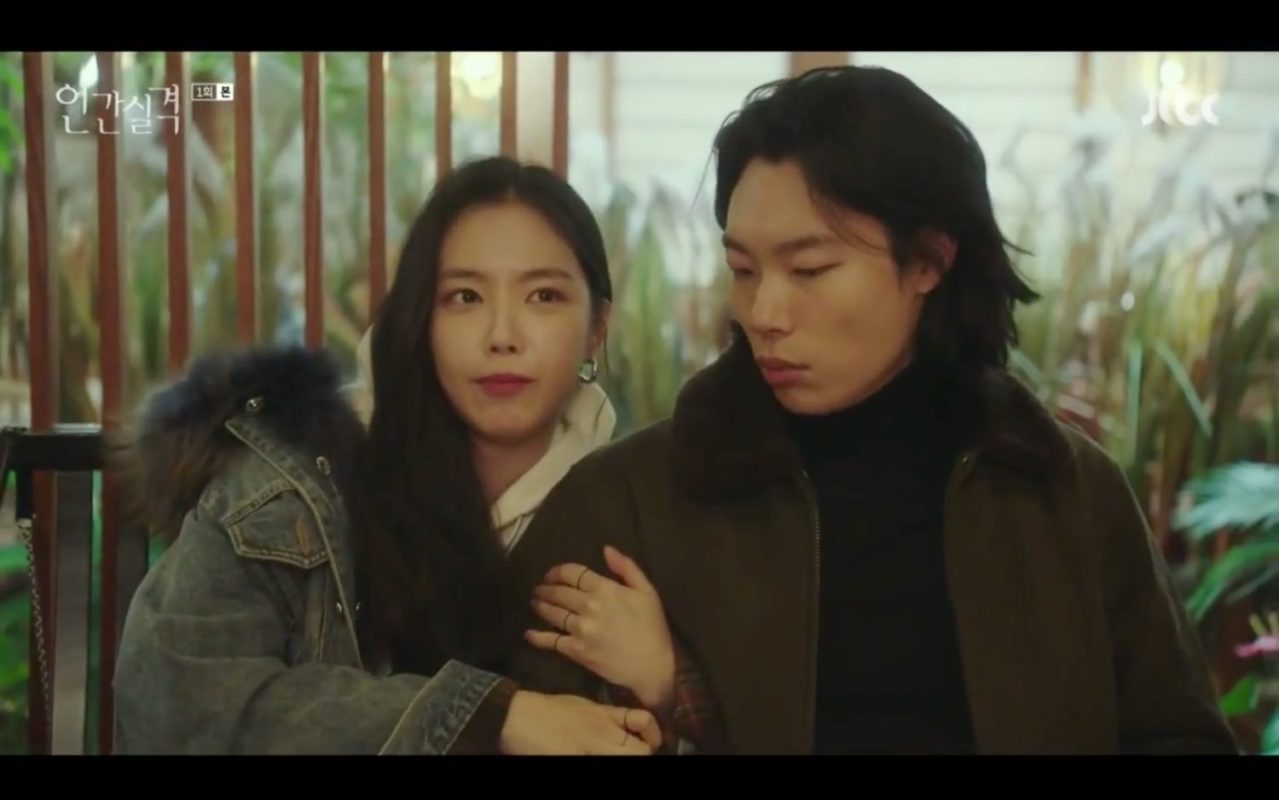 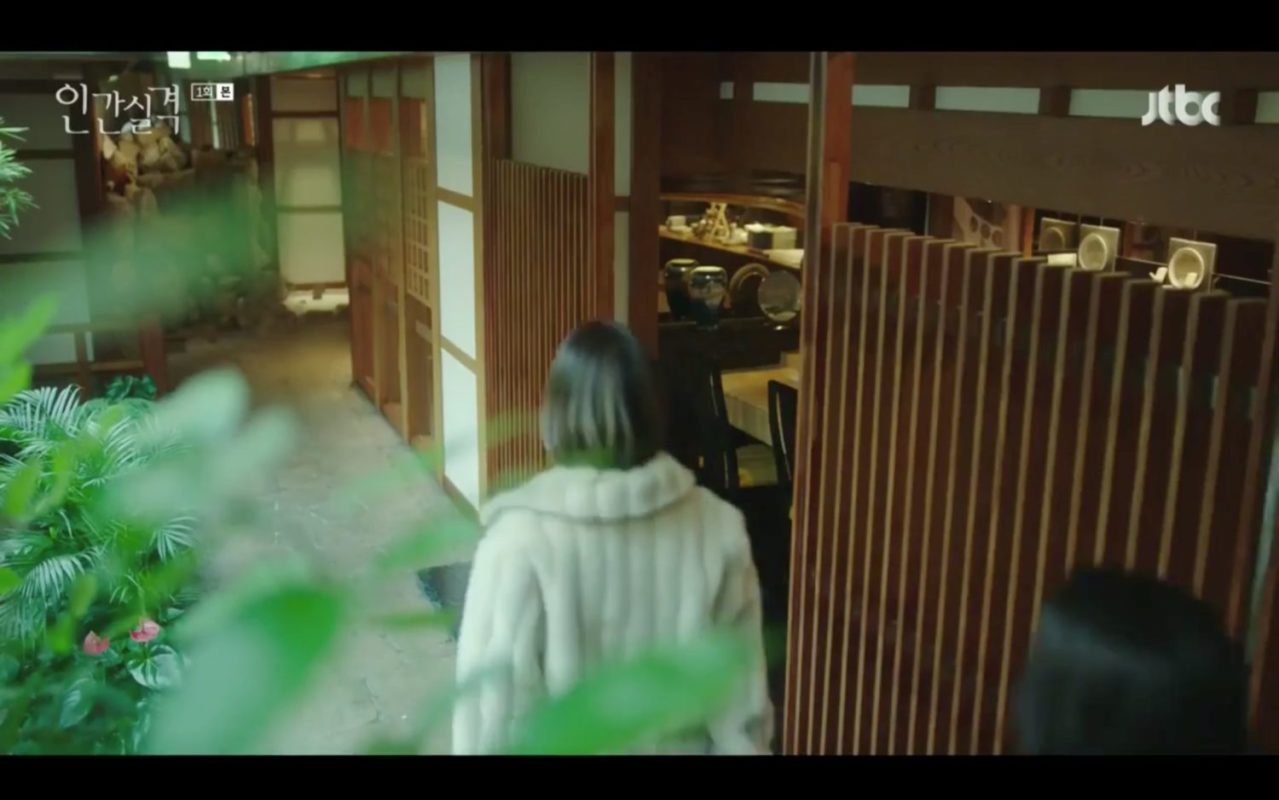 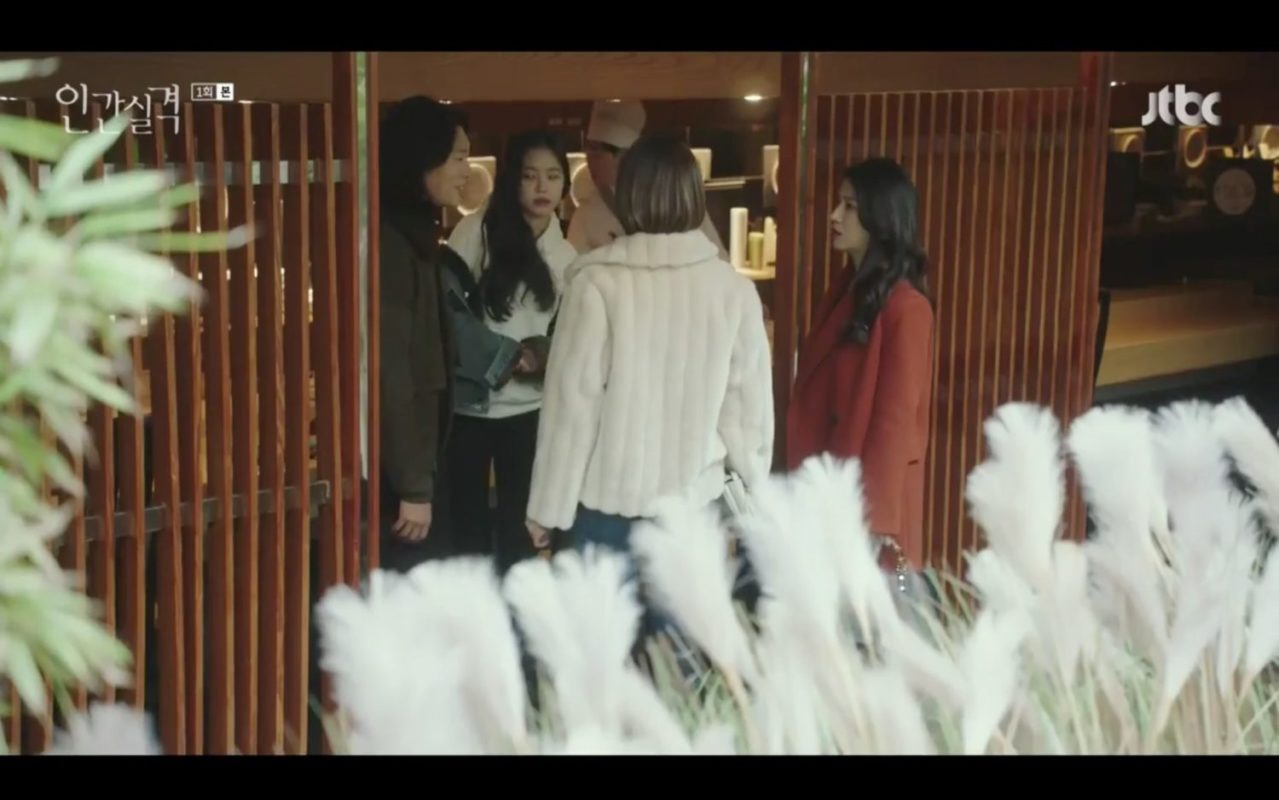 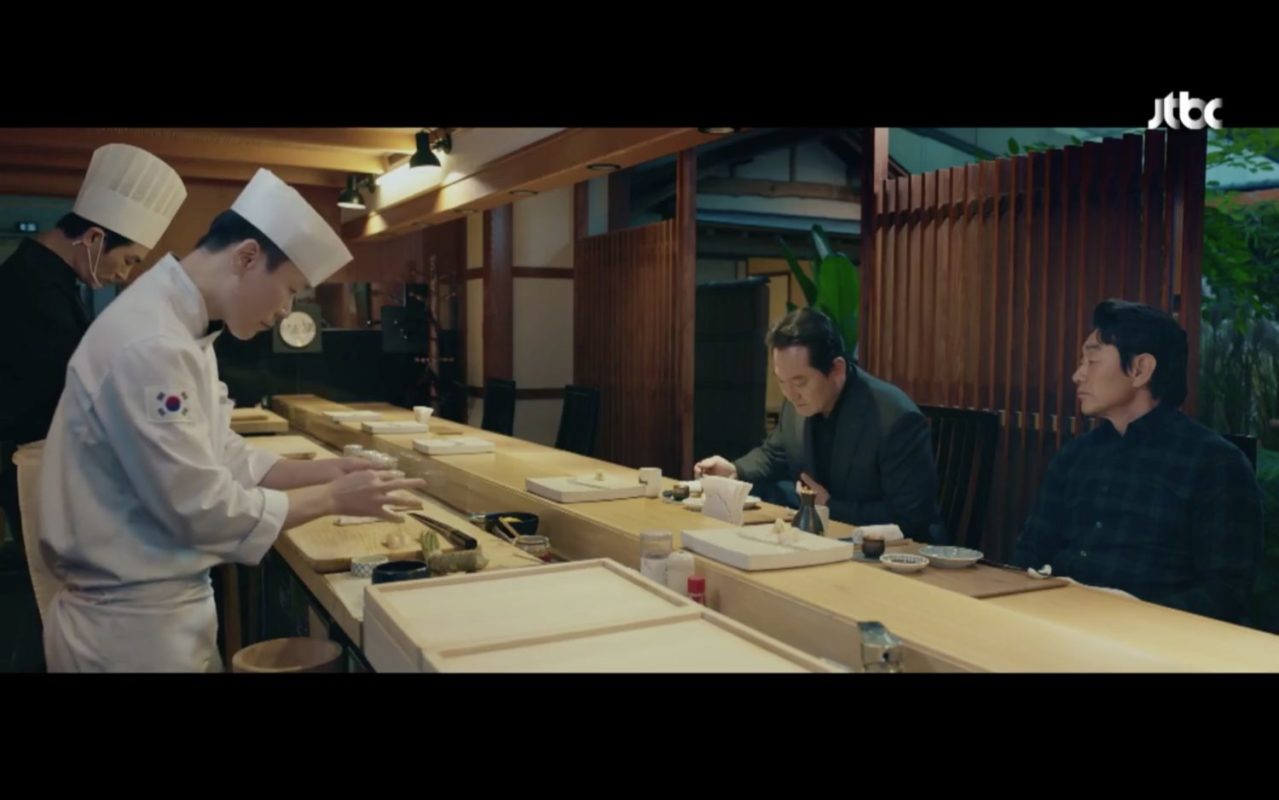 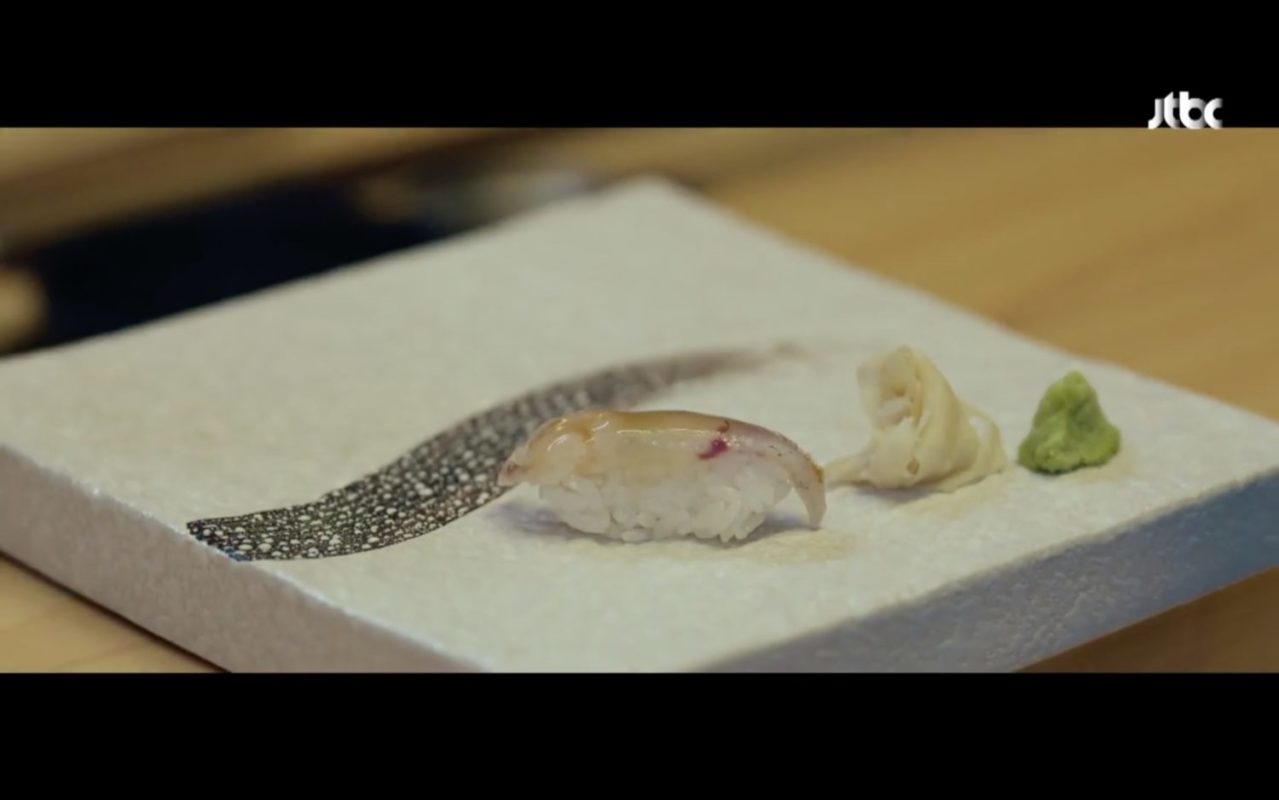 The ‘General Meeting of the Women Lawyers Association’ takes place at the Selena Wedding Hall of this hotel in episode 1 of Why Her/Why Oh Soo-jae (Wae Osujaeinga/왜 오수재인가) (SBS, 2022).

Annie (Yeon Si-woo) is seen in a flashback in episode 11 of Imitation (Imiteisyeon/이미테이션) (KBS2, 2021) being forced by her manager join a get-together of CEO Park Jin-man (Kong Jung-hwan) and his industry colleagues.

This hotel is part of the L Group, where its youngest heir, Go Jung-Won (Go Kyung-pyo), goes for his morning swim in episode 6 of Jealousy Incarnate (질투의 화신) (SBS, 2016), followed by his dog and the hotel’s executive staff who wants him to sign a paper. Later in that episode, the hotel’s elevator is also seen.

While Joo Jang-mi (Han Groo) prepares a proposal to Lee Hoon-dong (Heo Jeong-min) in a room this hotel in episode 1 of Marriage Not Dating (연애 말고 결혼) (tvN, 2014), Kong Ki-tae (Yeon Woo-jin) is tricked by Hoon-dong to go on a blind date in his place at this hotel’s restaurant/lobby in the same time.

It is at this hotel’s former Zoe Bar that Ban Ji-yeon’s (Uhm Jung-hwa) colleagues play her a trick in episodes 1-2 of A Witch’s Love/Witch’s Romance (마녀의 연애) (tvN, 2014). In fact, they have payed Yong Soo-cheol (Yoon Hyun-min) to charm her and then dump her publicly. Which he does. But then also present Yoon Dong-ha (Park Seo-joon) sweeps in and saves Ji-yeon with a kiss, i.e. a “lip service”.

The exterior of this hotel appears as the venue at which Dok Ko-jin’s (Cha Seung-won) and Goo Ae-jung’s (Gong Hyo-jin) marriage takes place in episode 16 of The Greatest Love/Best Love (최고의 사랑) (MBC, 2011).

Maria/Yoo So-young (Jang Jin-young) and James Lee (Heo Joon-ho) reside at this hotel for a while in Lobbyist (Lobiseuteu/로비스트) (SBS, 2007) and this is also where Maria resides has her office; holding secret meetings and signing contracts.

This hotel is run by Ji Yeong-Woo’s (Kim Min-Jun) father in Lovers in Prague (프라하의 연인) (SBS, 2005). In episode 12, Kang Hye-Ju (Yoon Se-Ah) stays in this hotel and Choi Sang-Hyun (Kim Ju-Hyeok) brings her here while Yun Jae-Hee (Jeon Do-Yeon) has a meeting here at the same time.

Prince Lee Yul (Kim Jeong-hoon) stays at this hotel in Goong/Princess Hours (궁) (MBC, 2006) as seen, for instance, in episode 5 when he runs, together with his mother (when she has just arrived in Seoul) into Min Hyo-rin (Song Ji-hyo) who was here for a reception outside this hotel.

Kang-jae (Ryu Jun-yeol) asks good friend Min-jung (Son Na-eun) to stand in as his girlfriend to safe the face of his client during a meeting with said client and a friend of her’s at this restaurant in episode 1 of Lost/Human Disqualification (Ingansilgyeok/인간실격) (JTBC, 2021).

Im Hyung-rak (Heo Jun-ho) invites Do Young-gul (Jeong Man-dik) for dinner at this restaurant in episode 10 of Undercover (Eondeokeobeo/언더커버) (JTBC, 2021).

Imperial Palace Hotel [임페리얼 팰리스 호텔/임피리얼팰리스] is a 5-star hotel run by Taesungn 21 located in Seoul’s neighborhood Nonhyeon-dong [논현동] in the Gangnam District [Gangnam-gu/강남구]. Established in 1989, it celebrated its 30th anniversary in 2019. Press conferences of K-Dramas are held regularly at this hotel’s Selena Hall [셀레나 홀]. The hotel’s ambassador is South Korean actor Kim Jung-hoon (김정훈). On January 1 2022, the hotel announced a temporary closure without announcing an re-opening date. Journalist Lee Tae-Nee of Korea JoongAng Daily explains this with possible financial reasons as it “greatly suffered during the pandemic.”

Selena Wedding Hall is one of the weeding halls of this hotel, which was renovated in 2015 into a “with vintage gold and white decor of authentic European style concept.”

The Japanese restaurant Manyo [만요계룡장어] is located on the 2nd Floor of this hotel. The ‘Zoe Bar’ that appeared in A Witch’s Love has since been replaced.