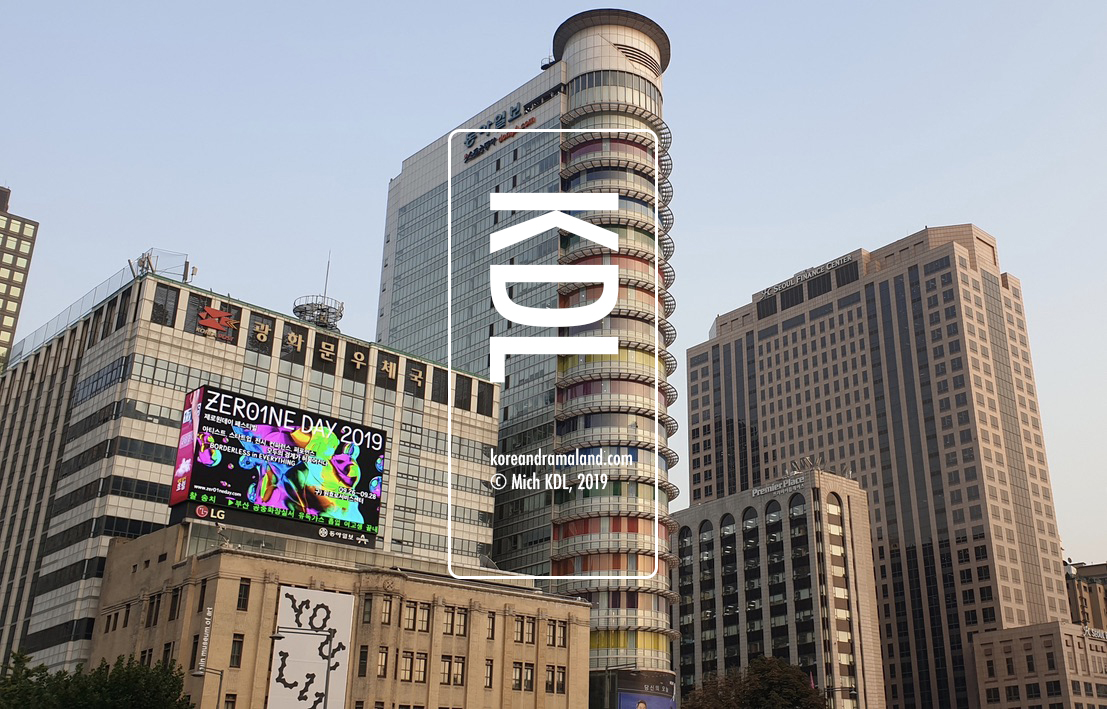 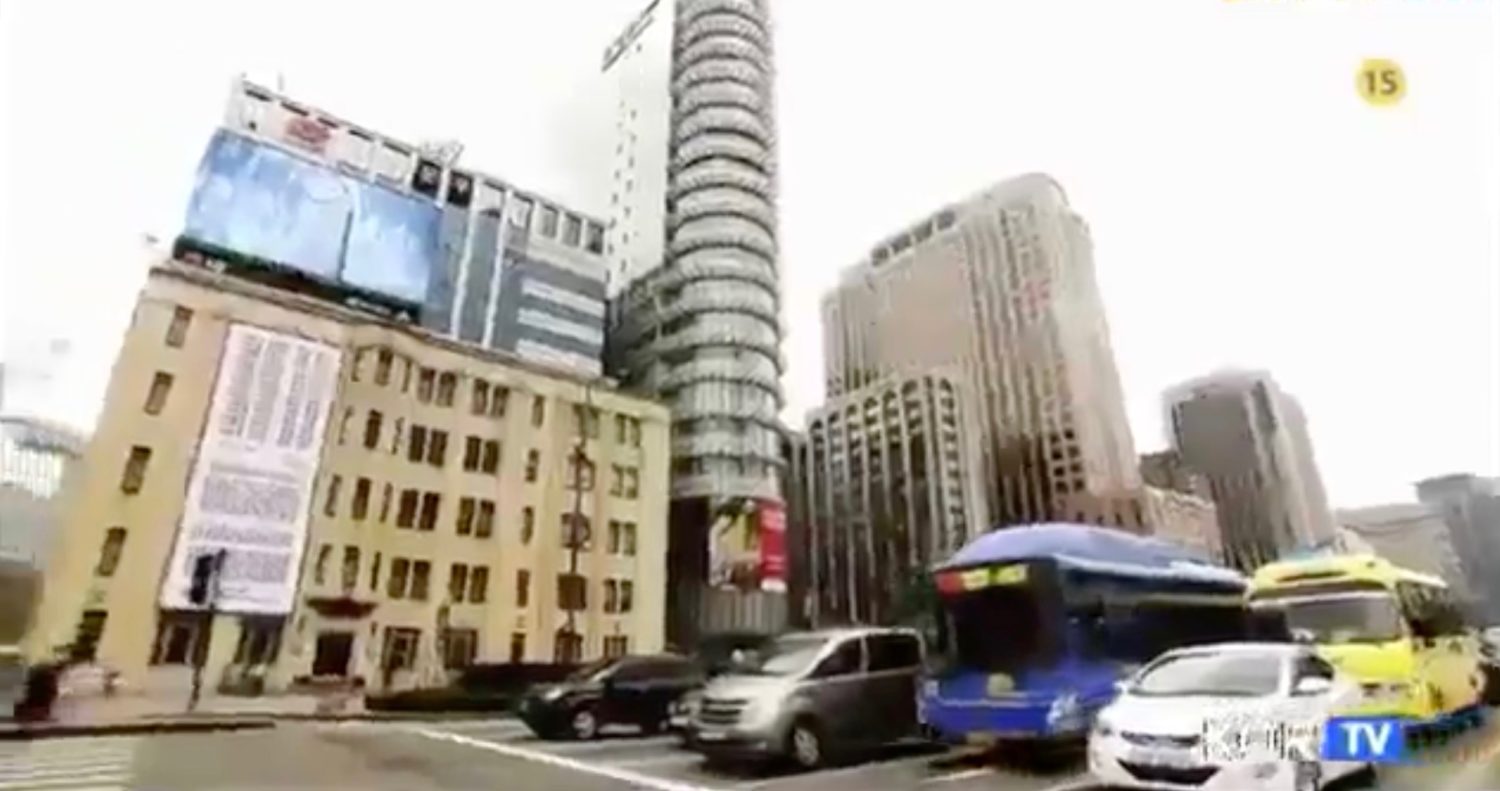 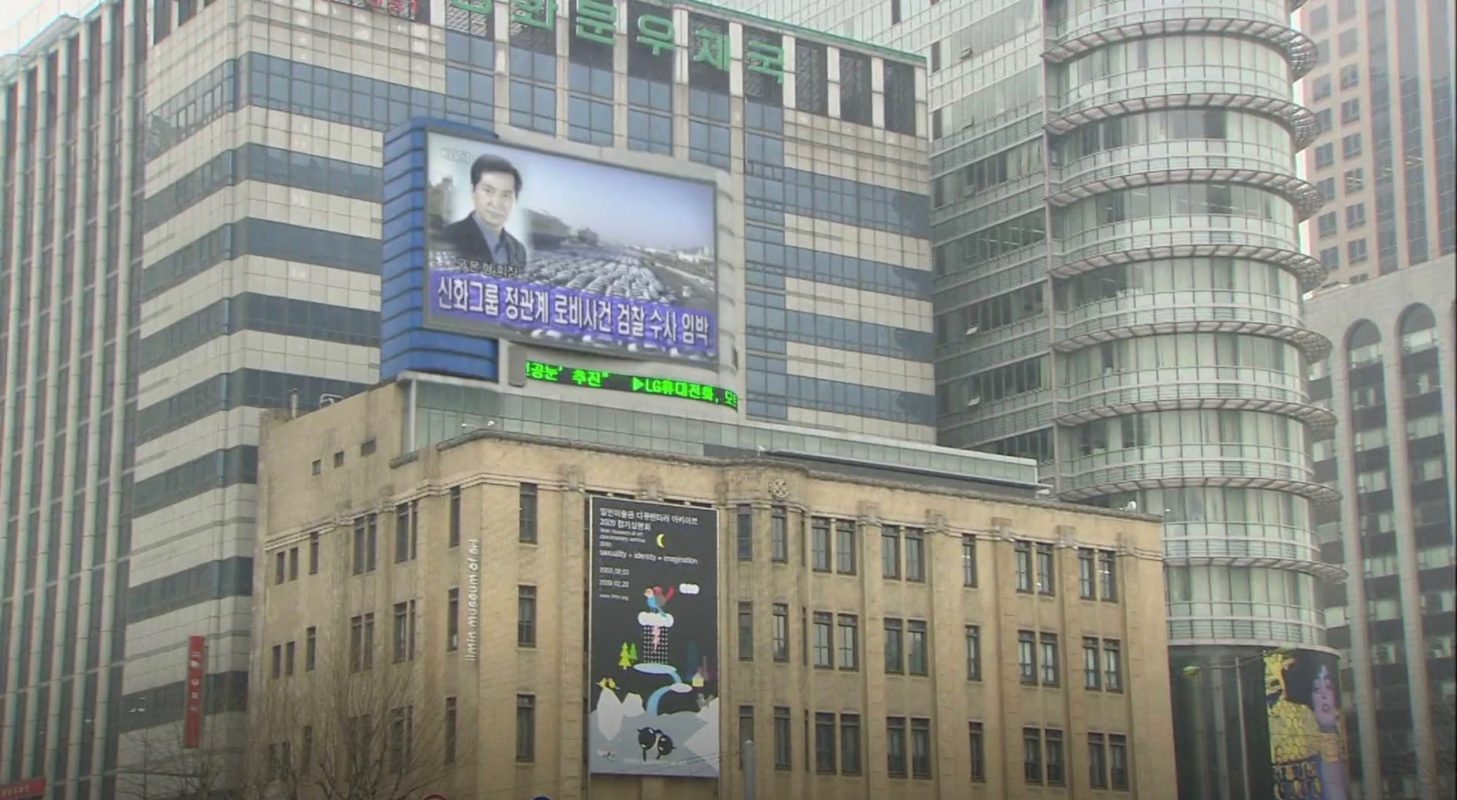 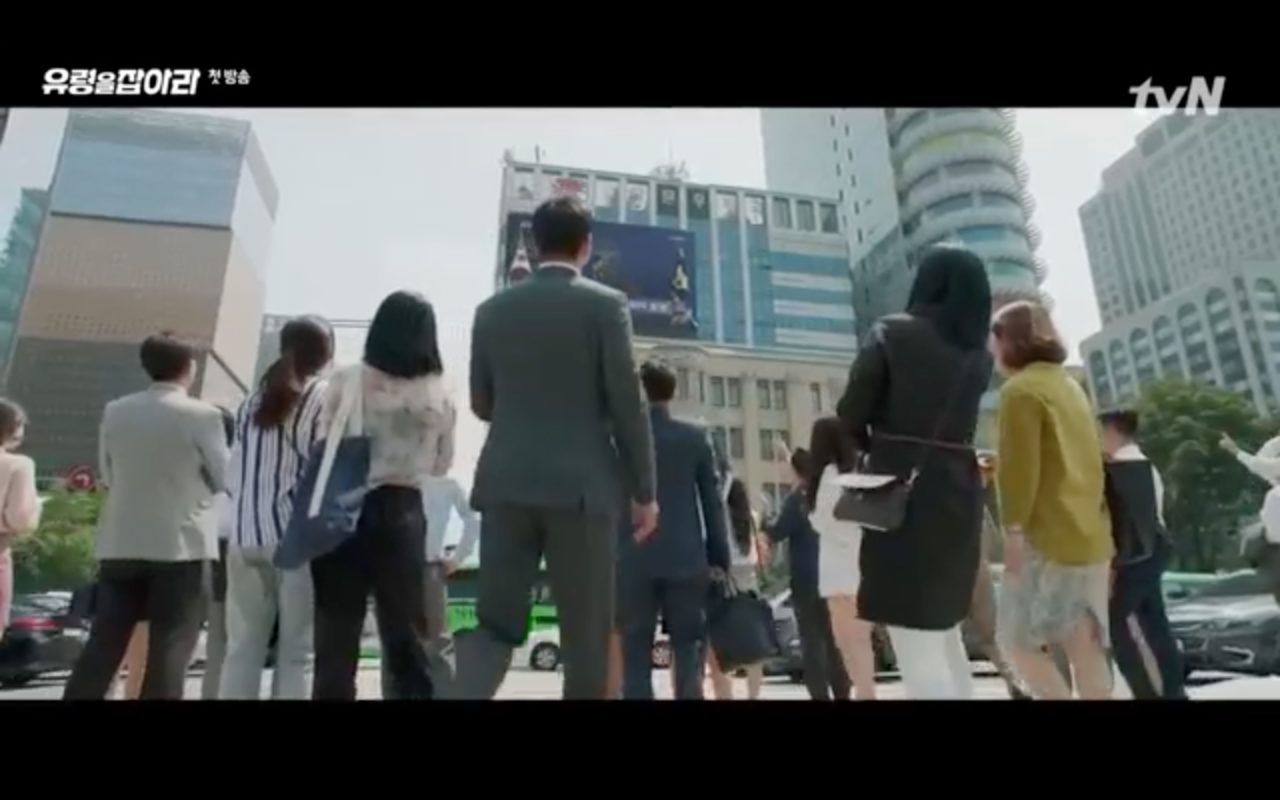 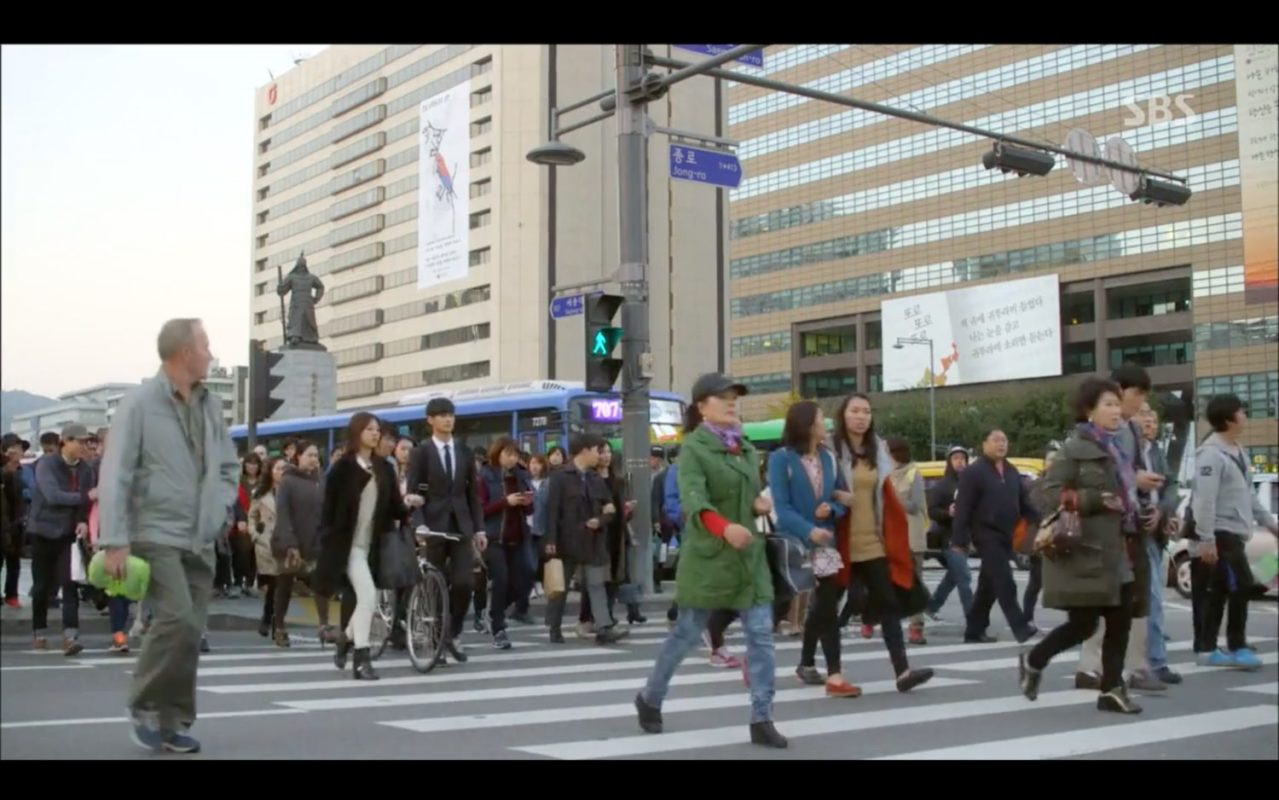 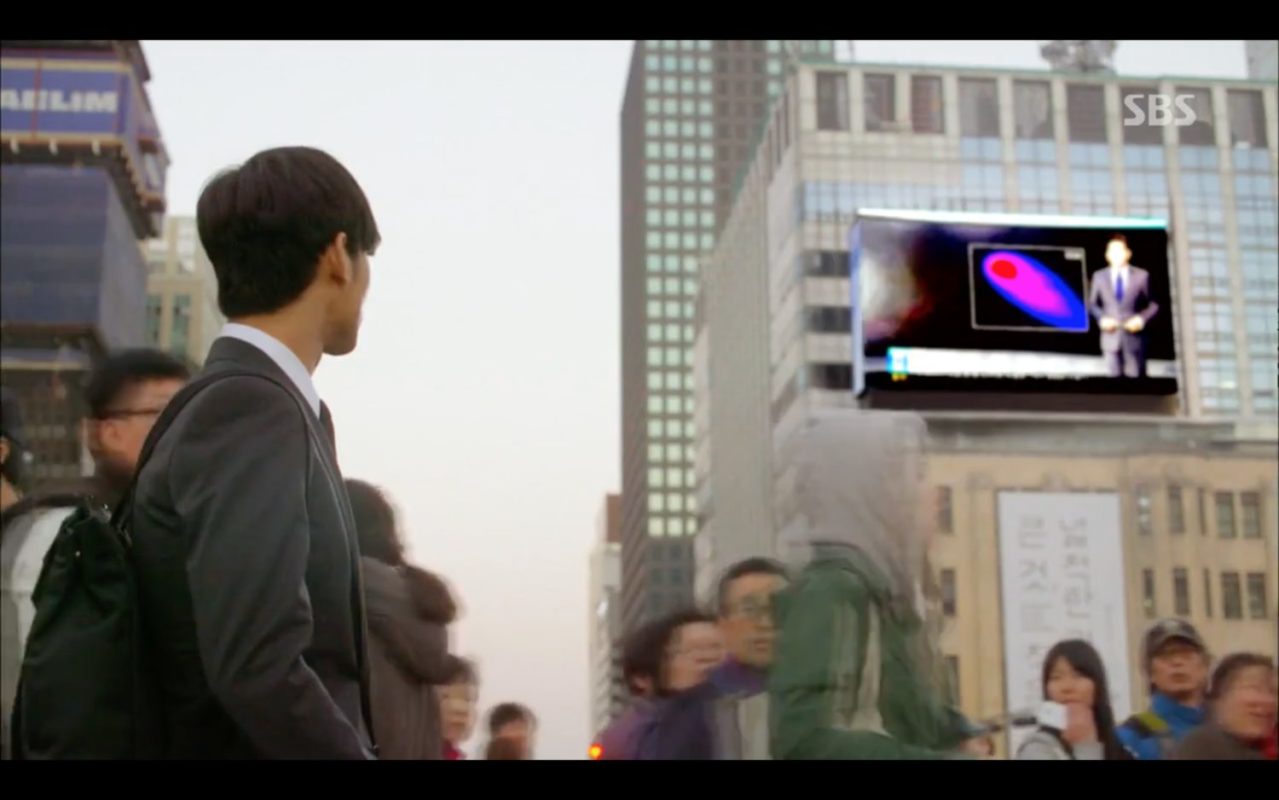 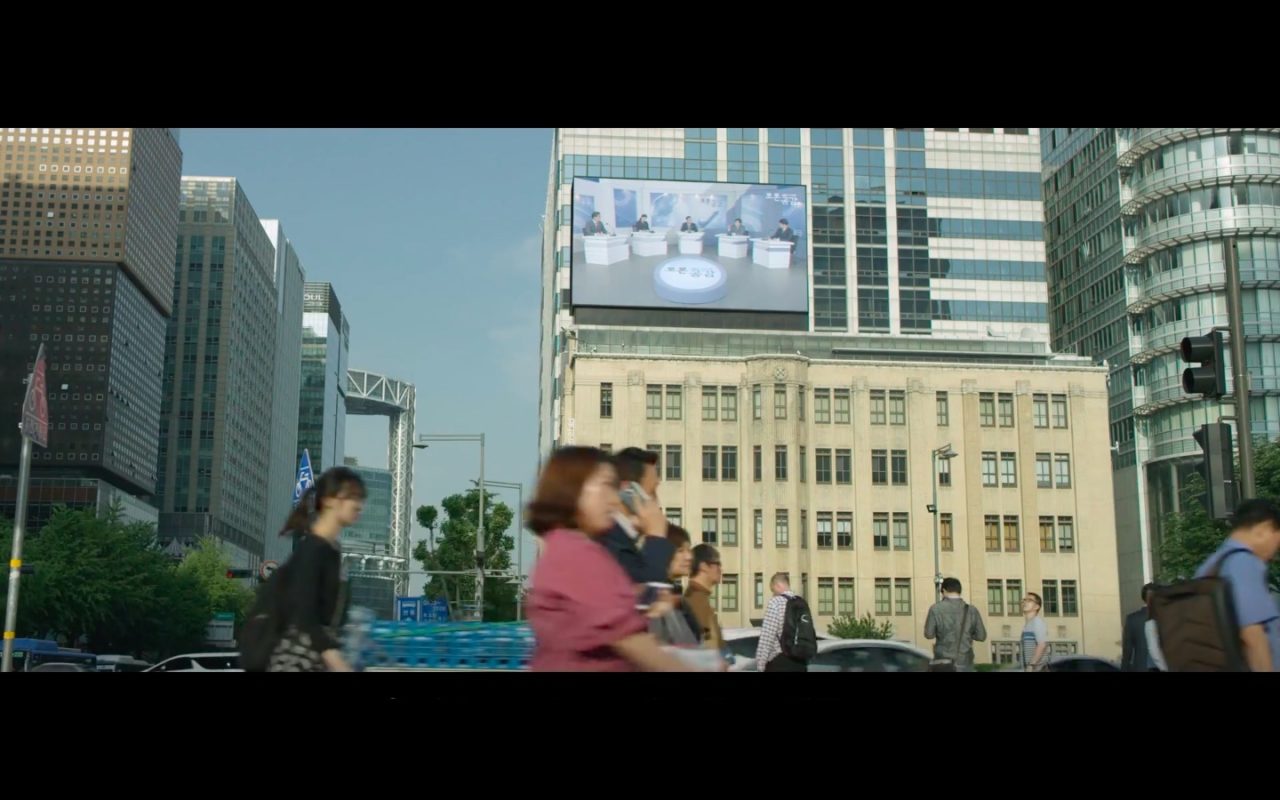 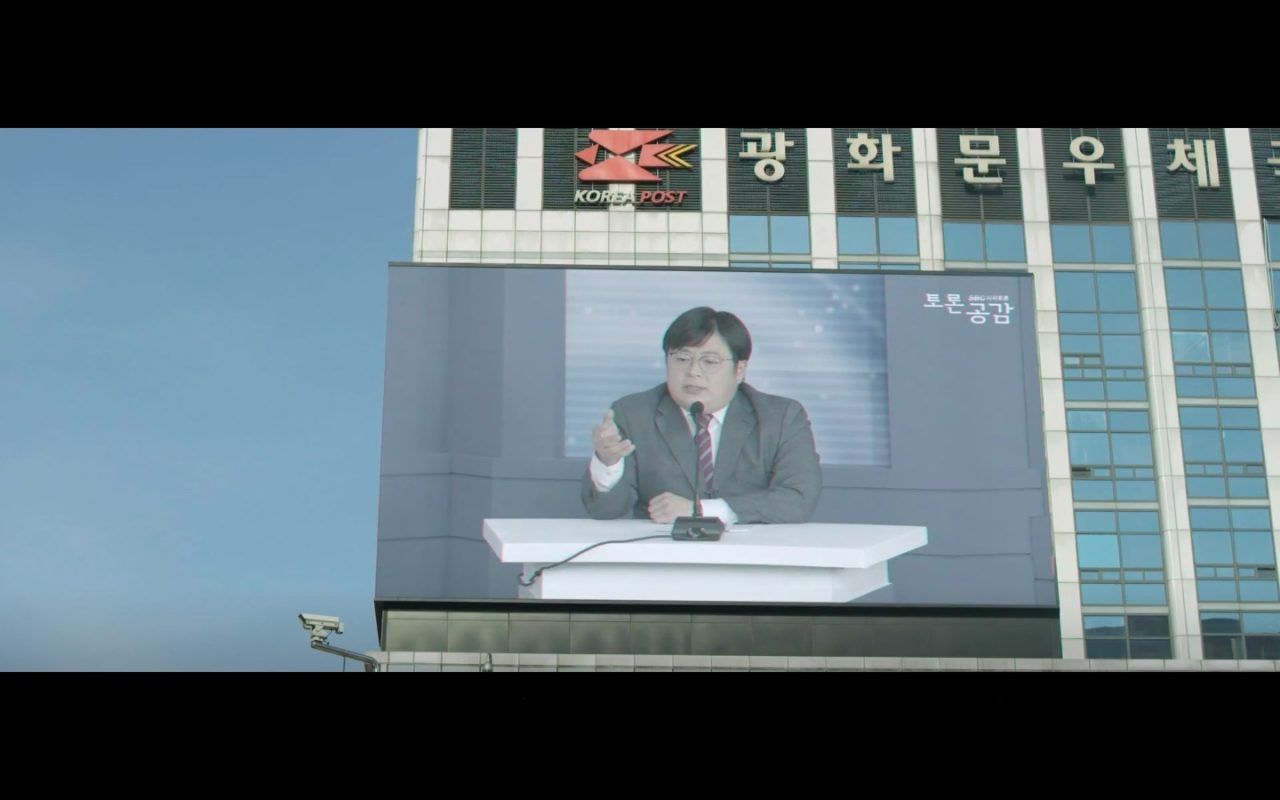 Public screen on top of the building

A panel discussion about serial killers is broadcast live on this screen in episode 10 of Through The Darkness/Those Who Read Hearts of Evil (악의 마음을 읽는 자들) (SBS, 2022).

The fourth victim of the subway serial killer is announced on the screen on top of this building, among others, in episode 1 of Catch the Ghost (유령을 잡아라) (tvN, 2019).

When walking across Saemunan-ro [새문안로], Do Min-joon (Kim Soo-hyun) reads the news on the ‘comet of the century’ on this building’s screen in episode 1 of My Love from Another Star/My Love From The Star/You Who Came From the Stars (별에서 온 그대) (SBS, 2013-14).

The serious condition of Goo Jun-pyo’s (Lee Min-ho) father is announced in episode 12 of Boys Over Flowers/Boys Before Flowers (꽃보다 남자) (KBS2, 2009) on this screen.

Ilmin Museum of Art [일민미술관], is a private museum that mainly specializes in Korean art. It was established in 1996 by the Ilmin Cultural Foundation (일민문화재단), a non-profit organization in memory of Kim Sang-man (김상만/金相万), the former president of South Korea’s newspaper company Dong-A Ilbo. The museum carries Kim’s pen name Ilmin (일민/一民) and is based on the art collection acquired during his lifetime. It also houses the only documentary archive –collecting and making public documentary films and video art– in South Korea, along with three exhibition halls, the Pillar Bookshop and Café imA, among other facilities.

The building was has been recognized as an irreplaceable cultural landmark, and also selected as one of ten Seoul modern architecture cultural assets in 2010.

It is located in Seoul’s neighborhood Sejongno [세종로] — under the administration of Jongno-1.2.3.4 ga-dong/Jongno 1(il).2(i).3(sam).4(sa) [종로1.2.3.4가동] — in the Jongno District [Jongno-gu/종로구]; at the southern end of Gwanghwamun Square [광화문광장] and walking distance to/from Gyeongbokgung Palace and the Sejong Center for the Performing Arts [세종문화회관].