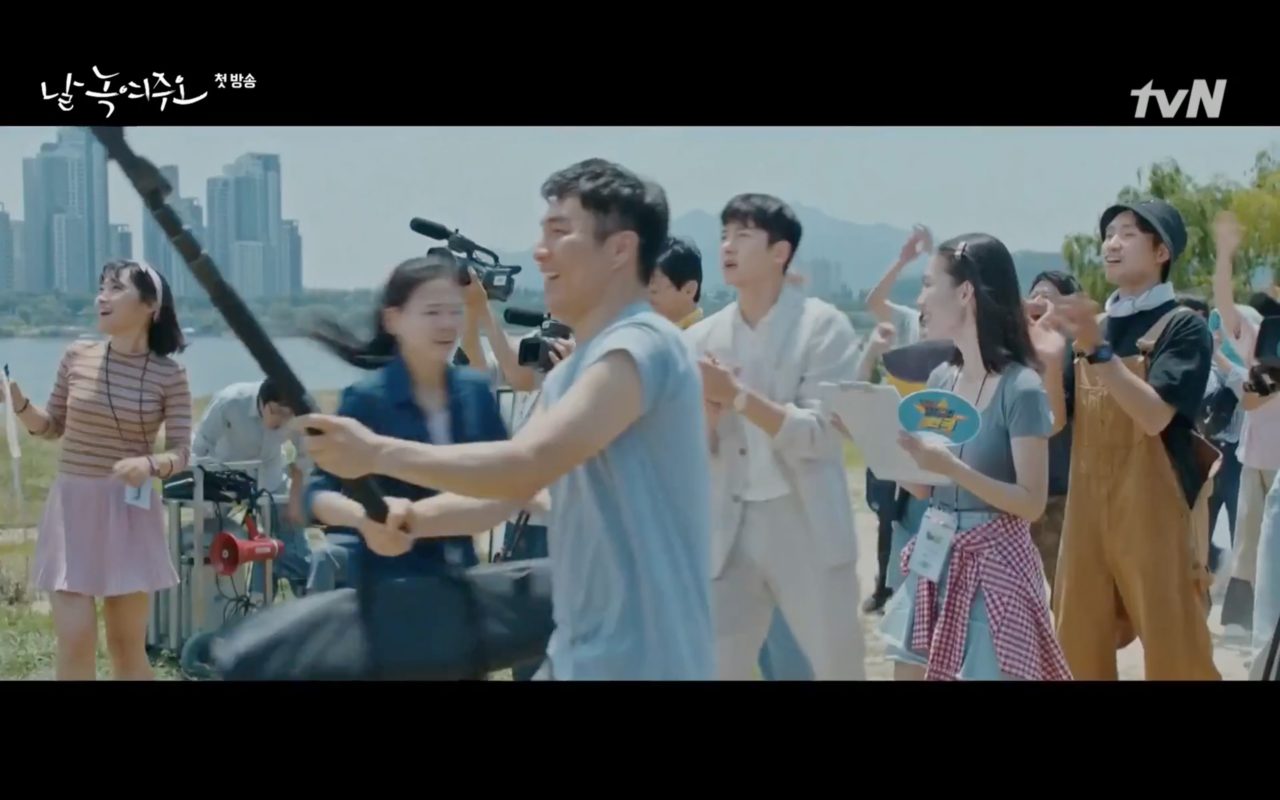 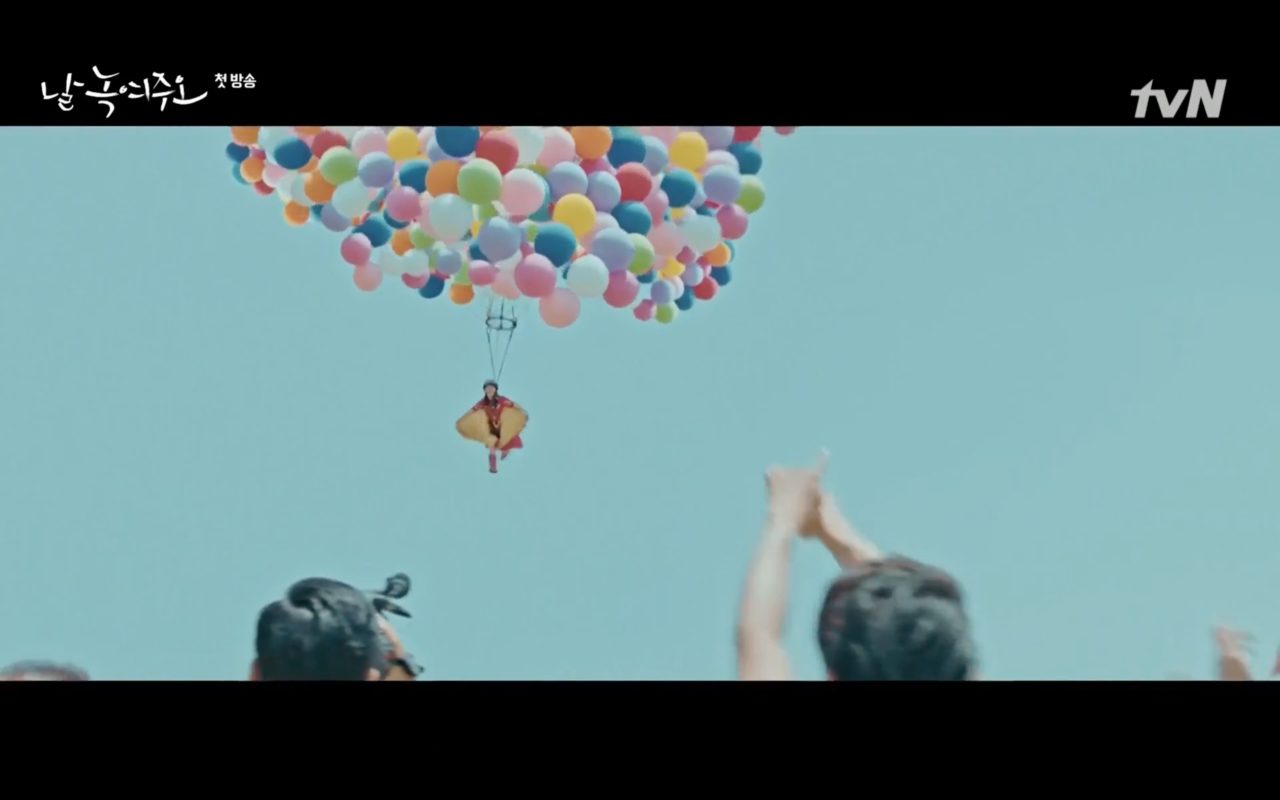 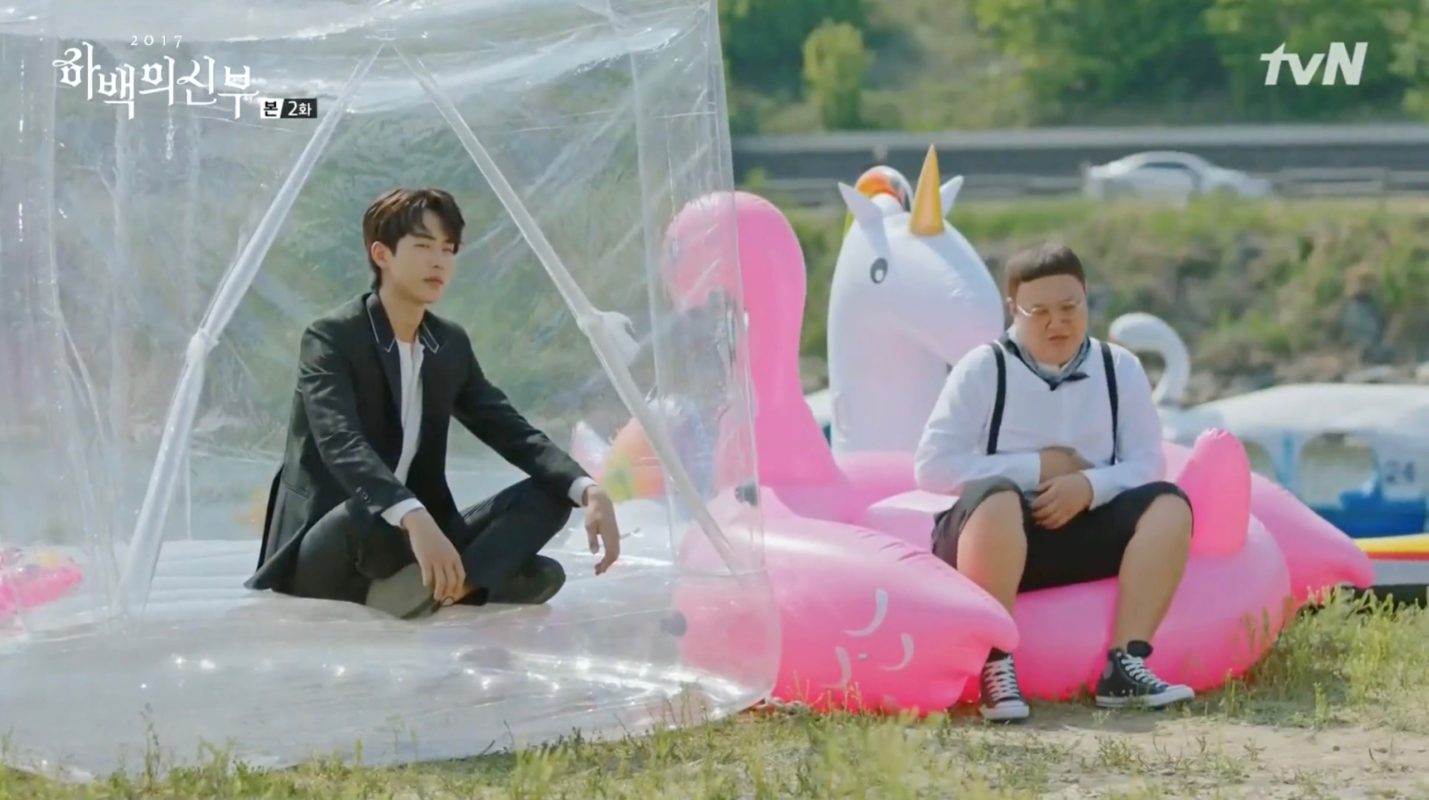 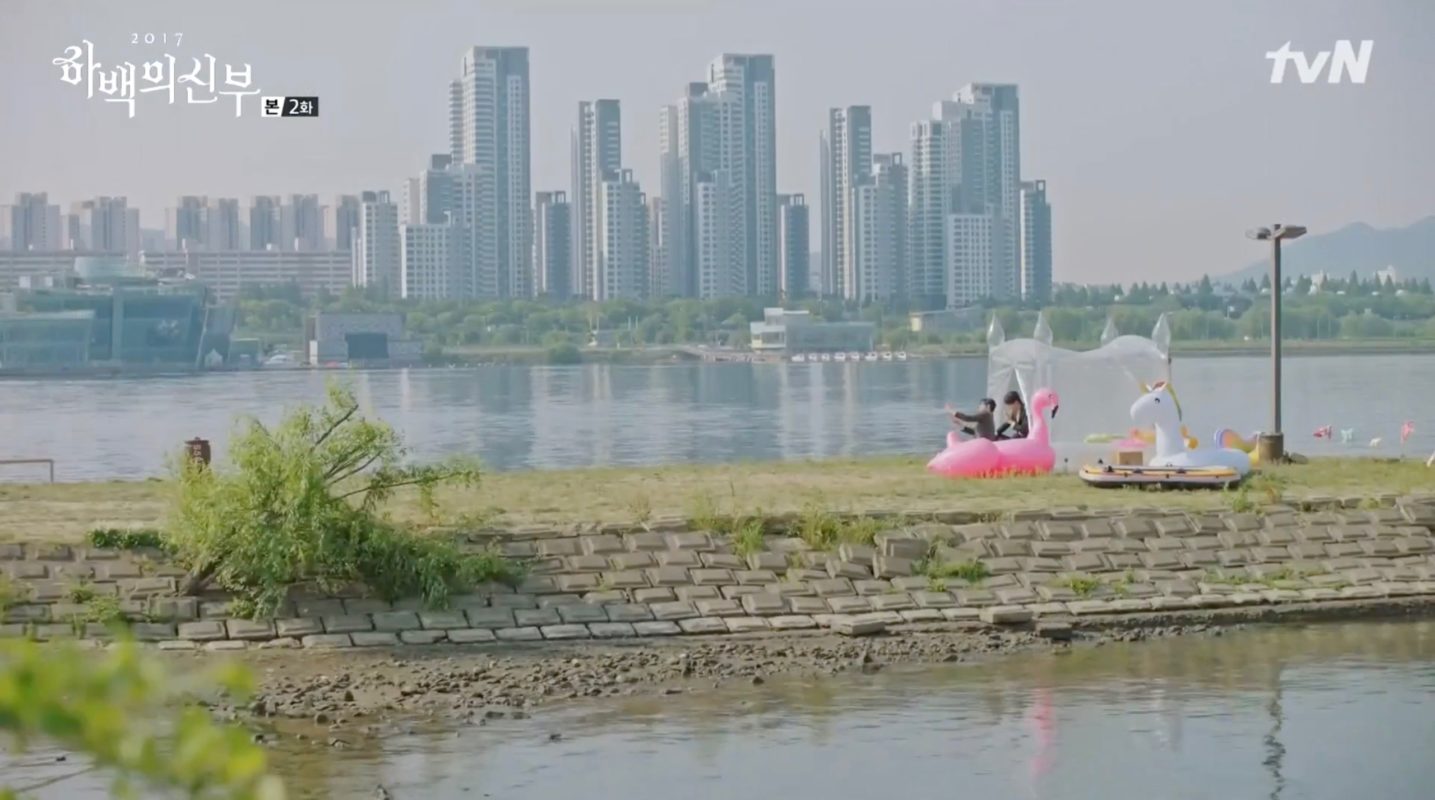 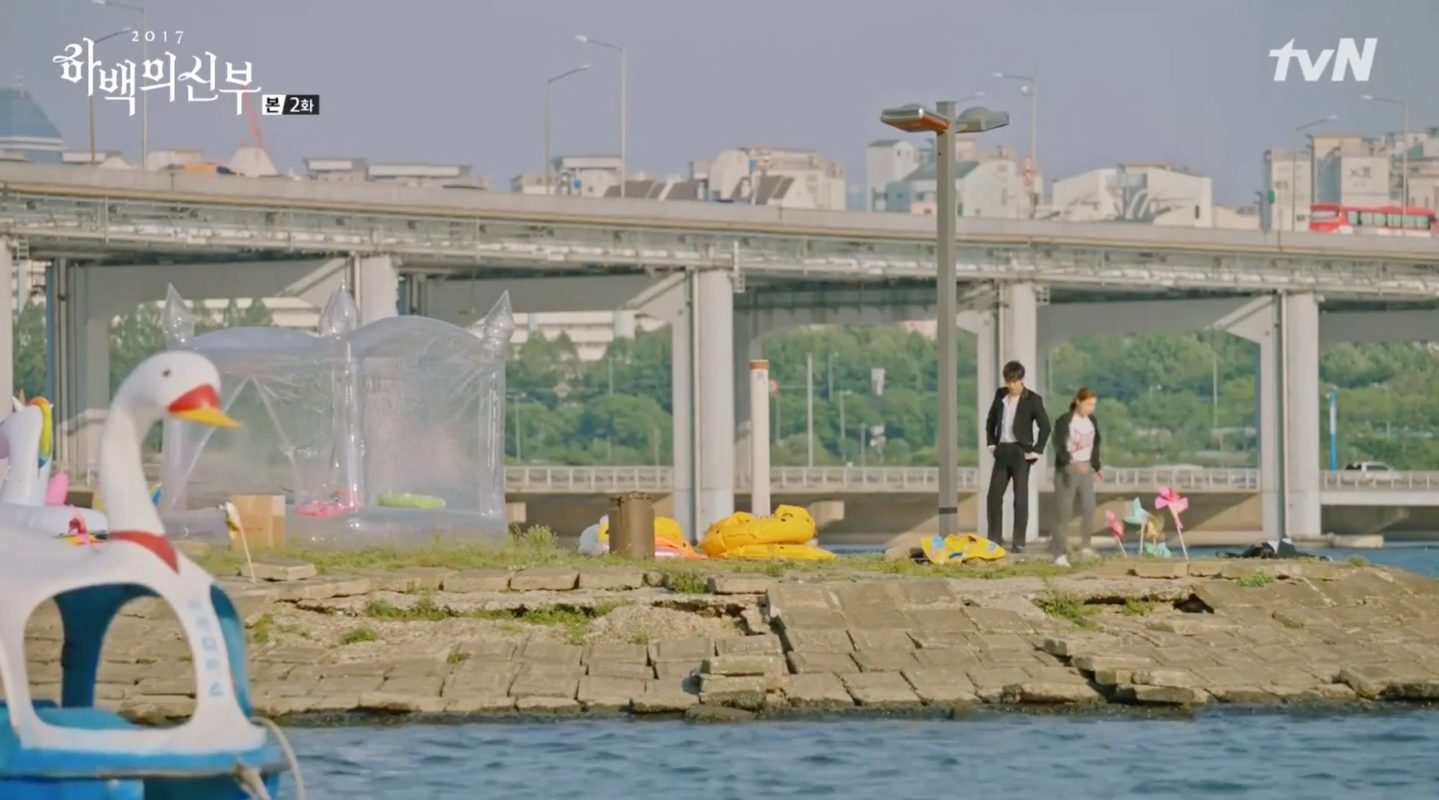 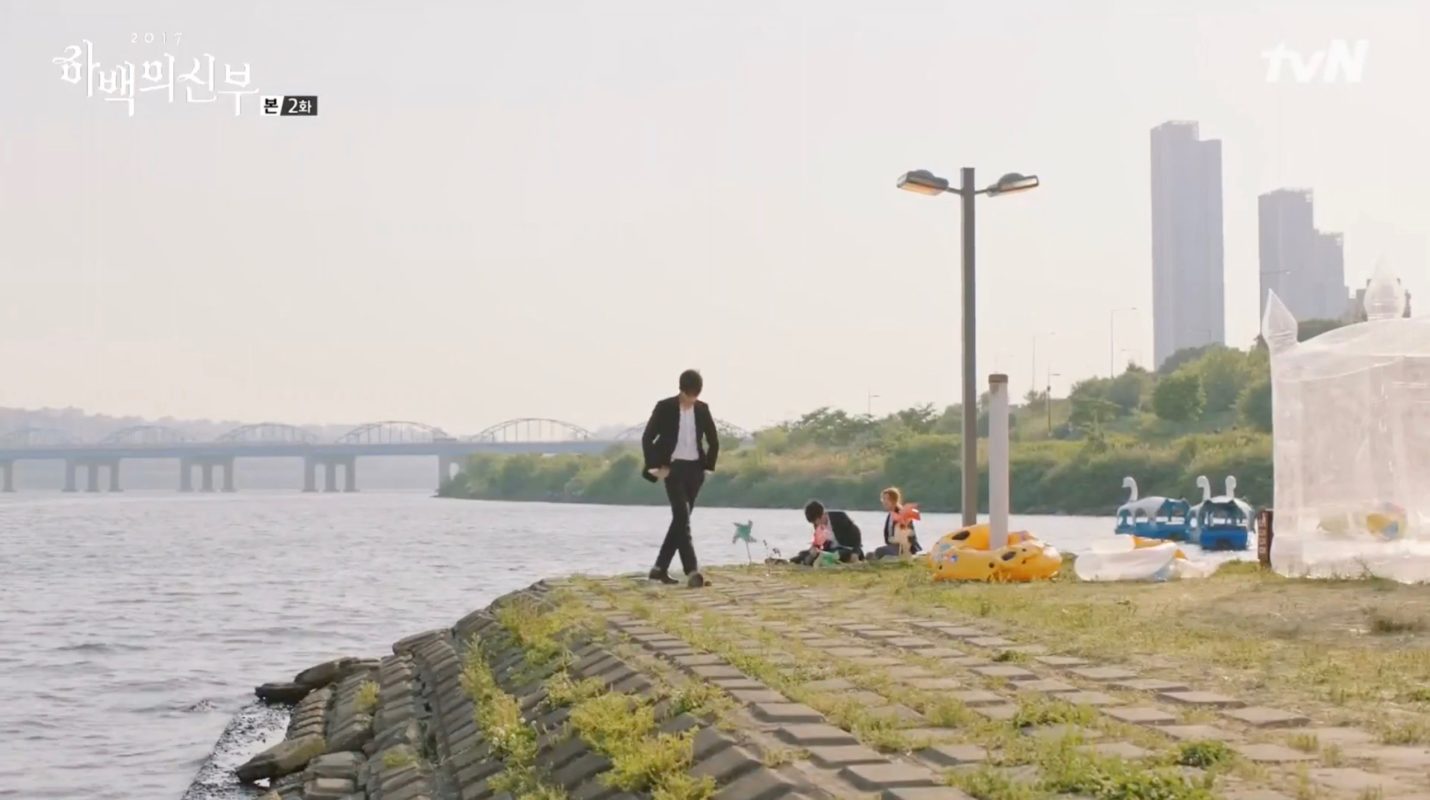 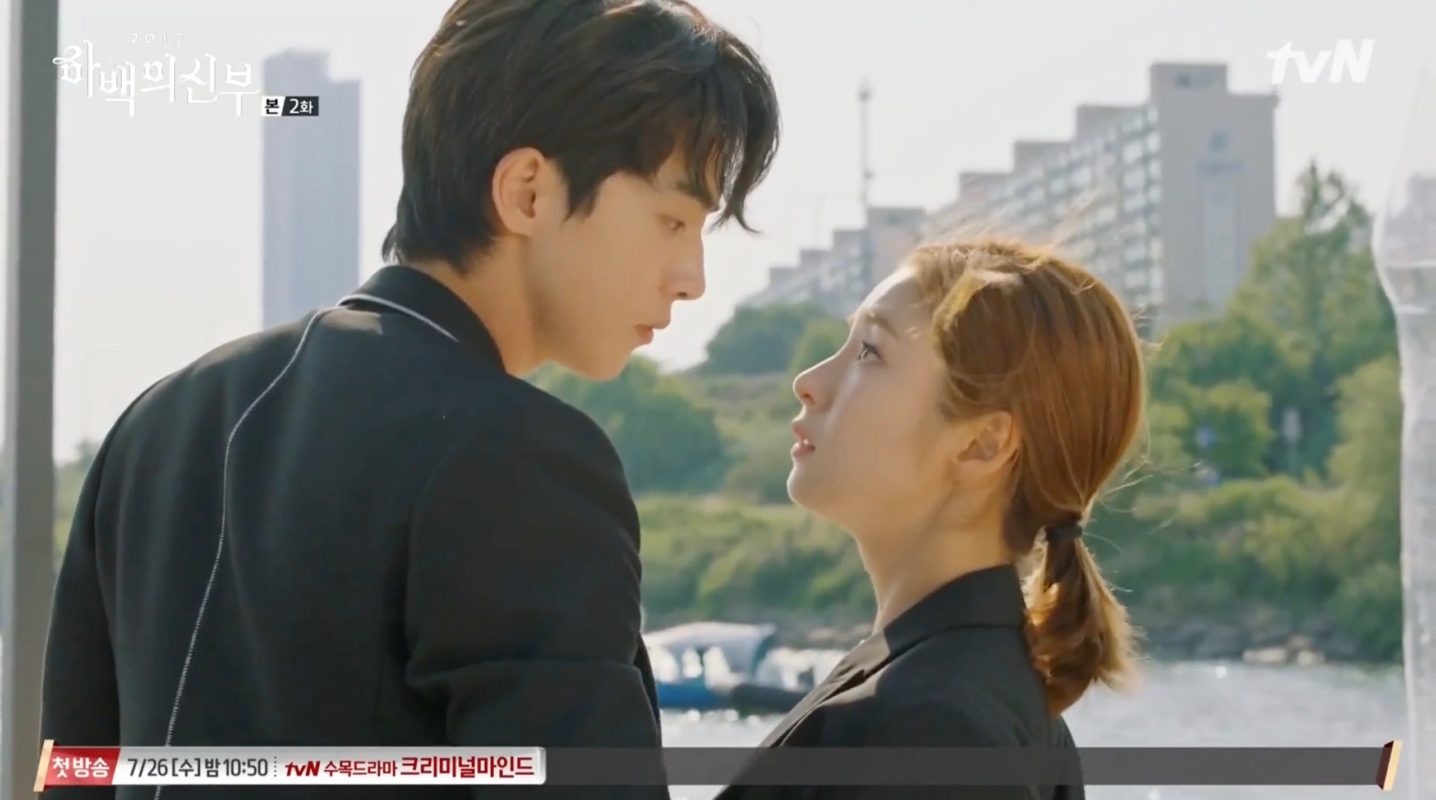 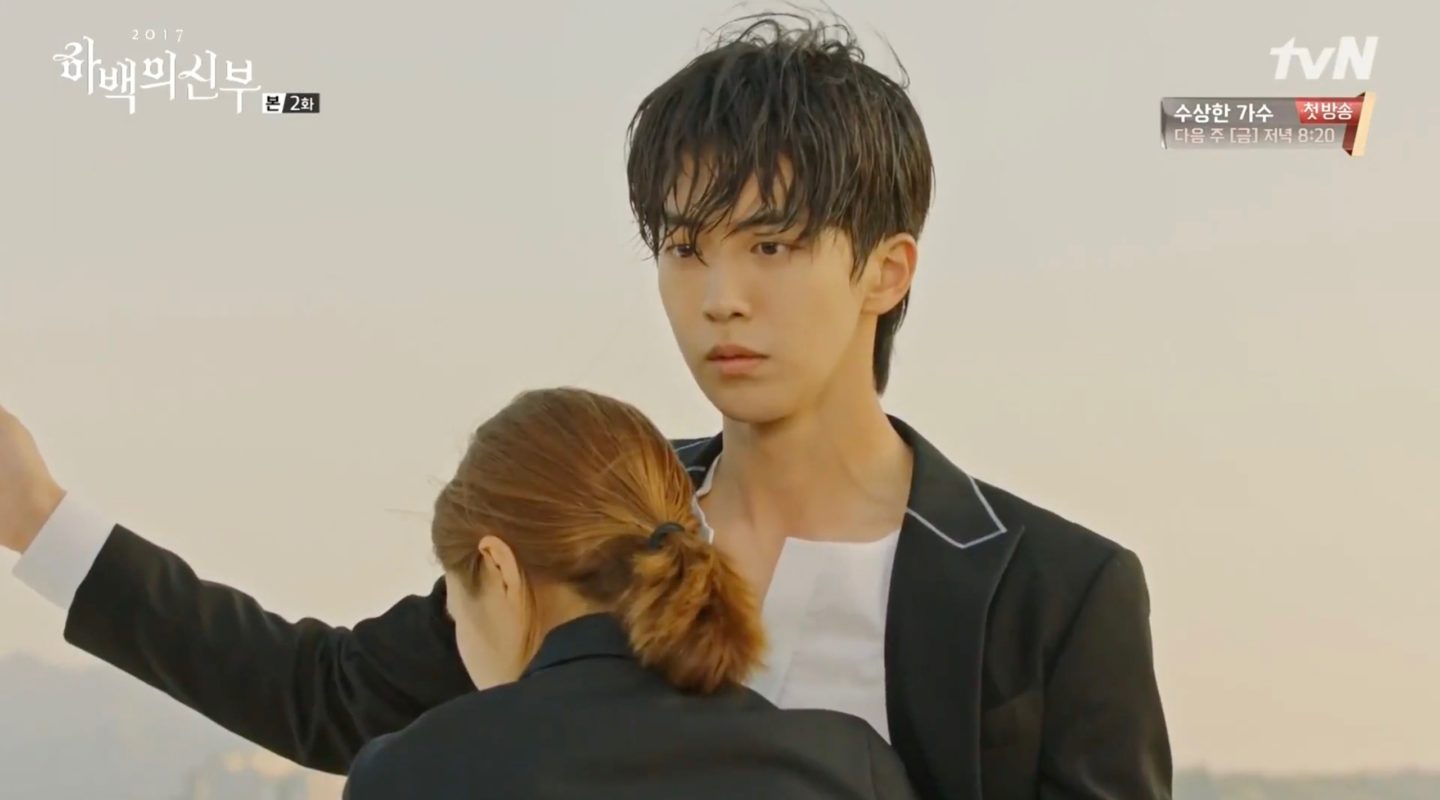 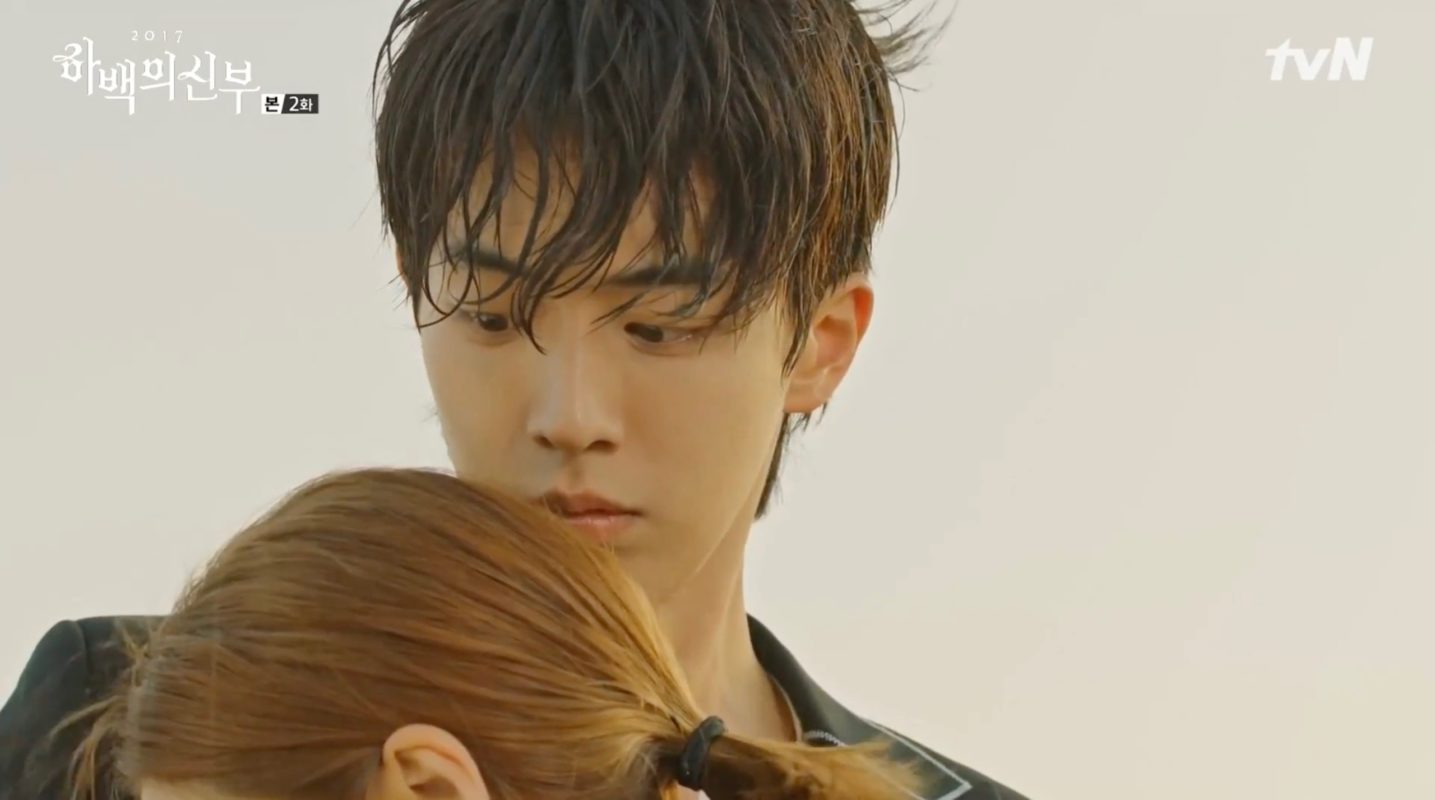 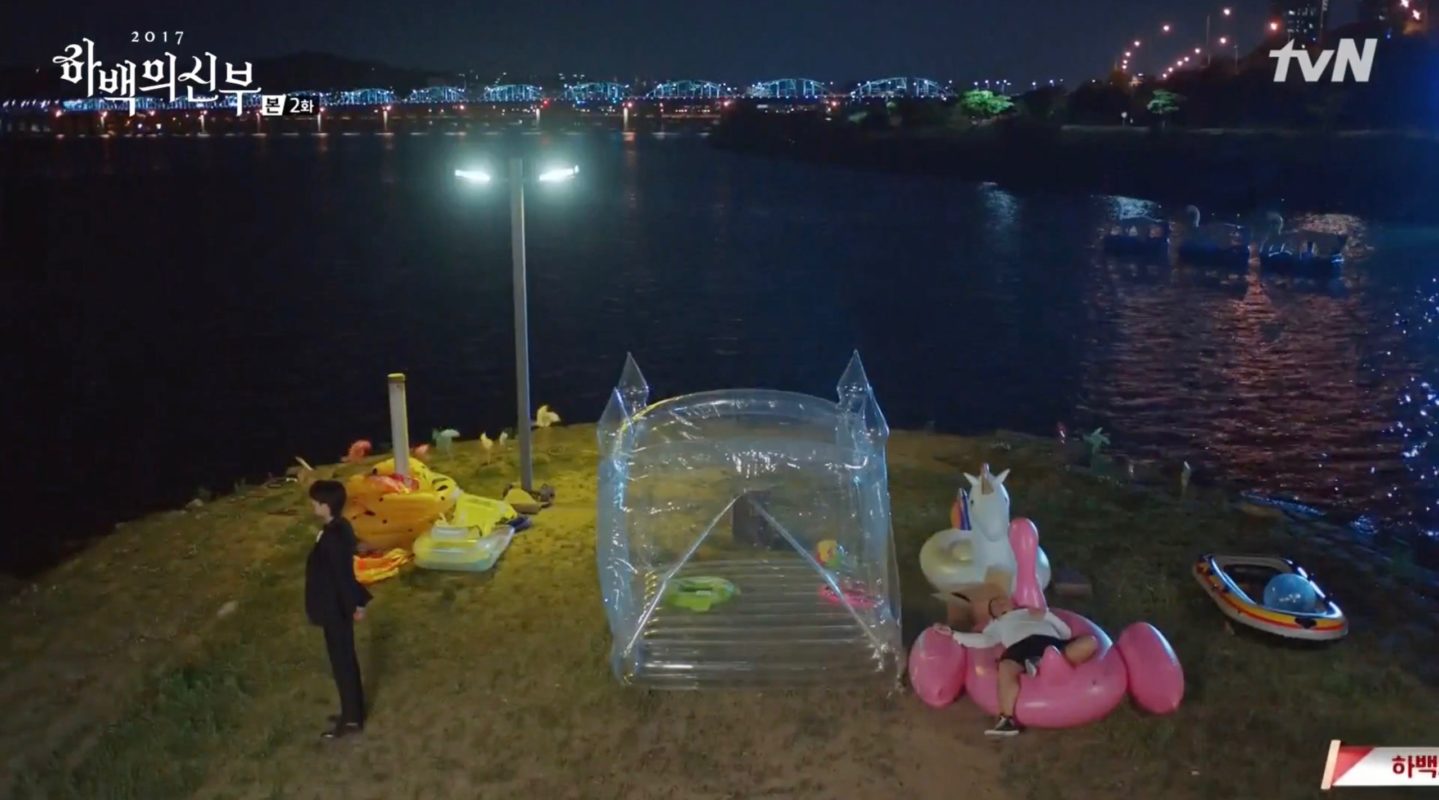 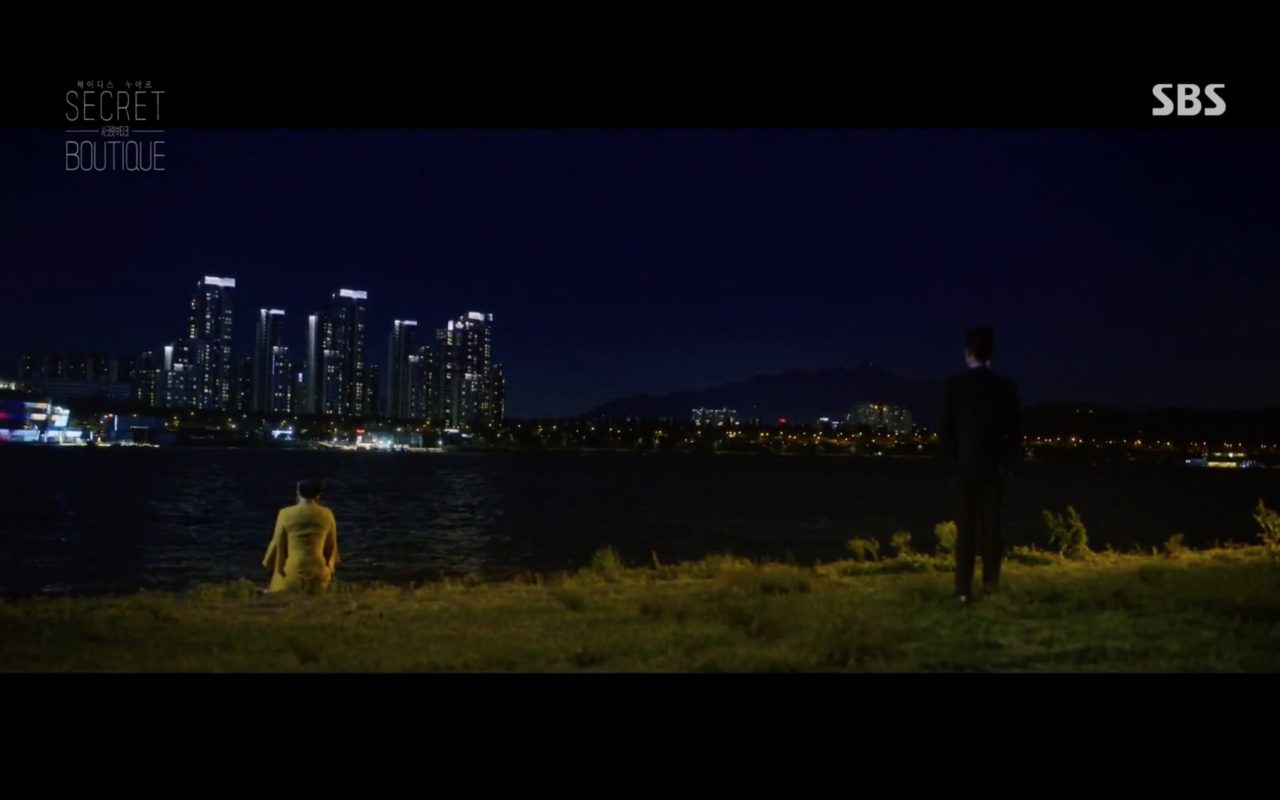 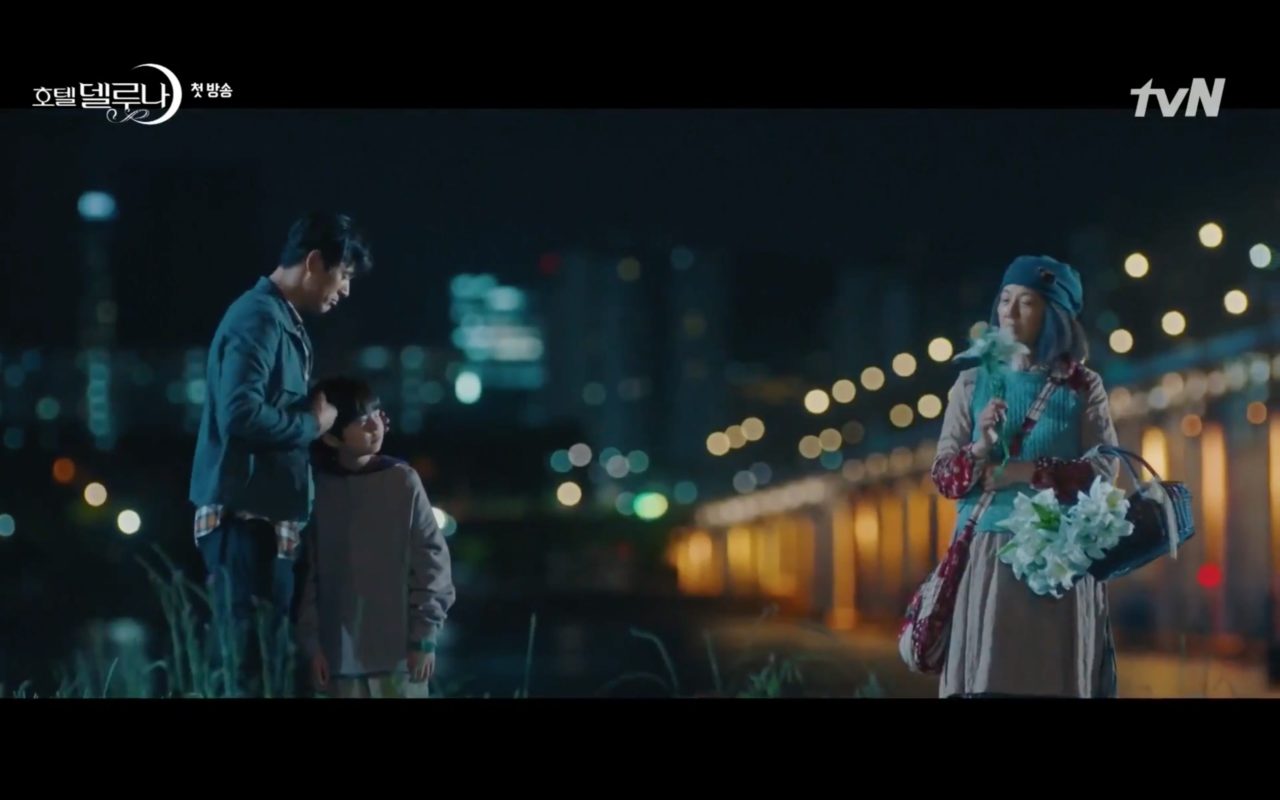 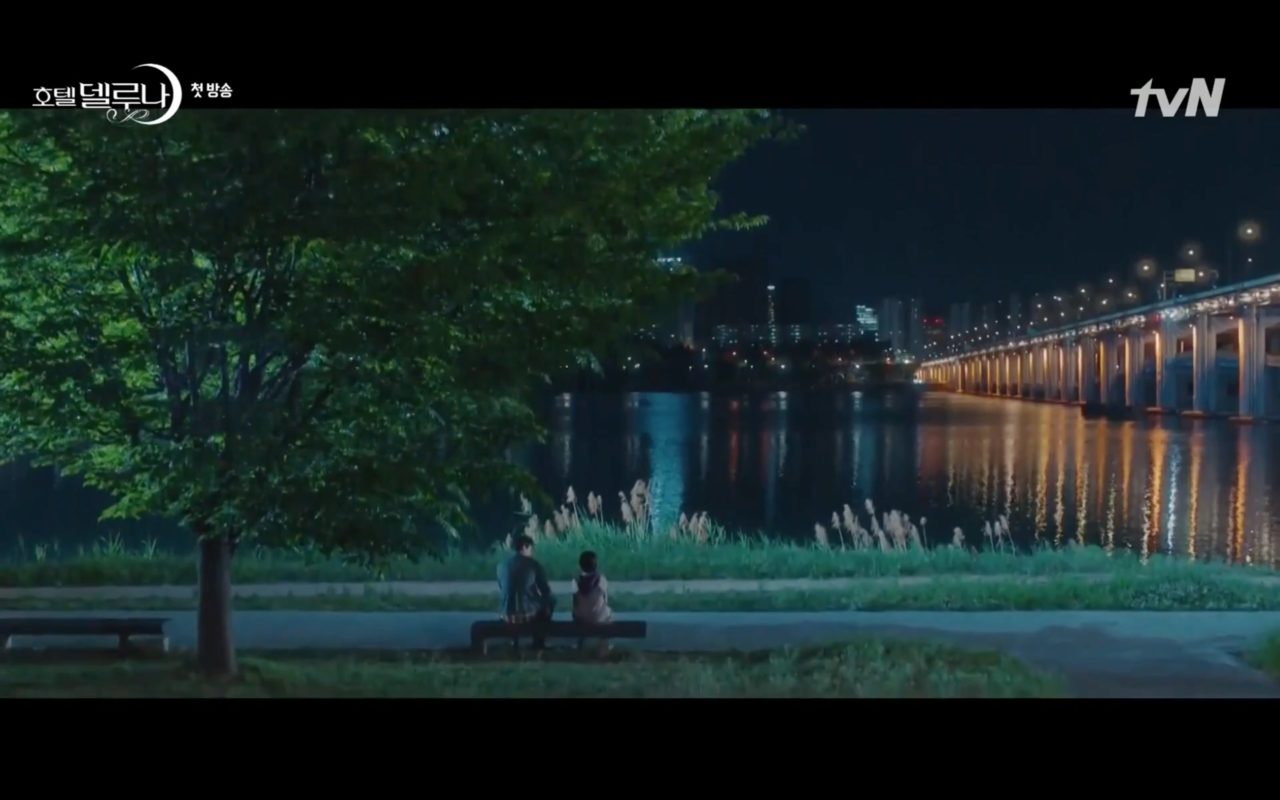 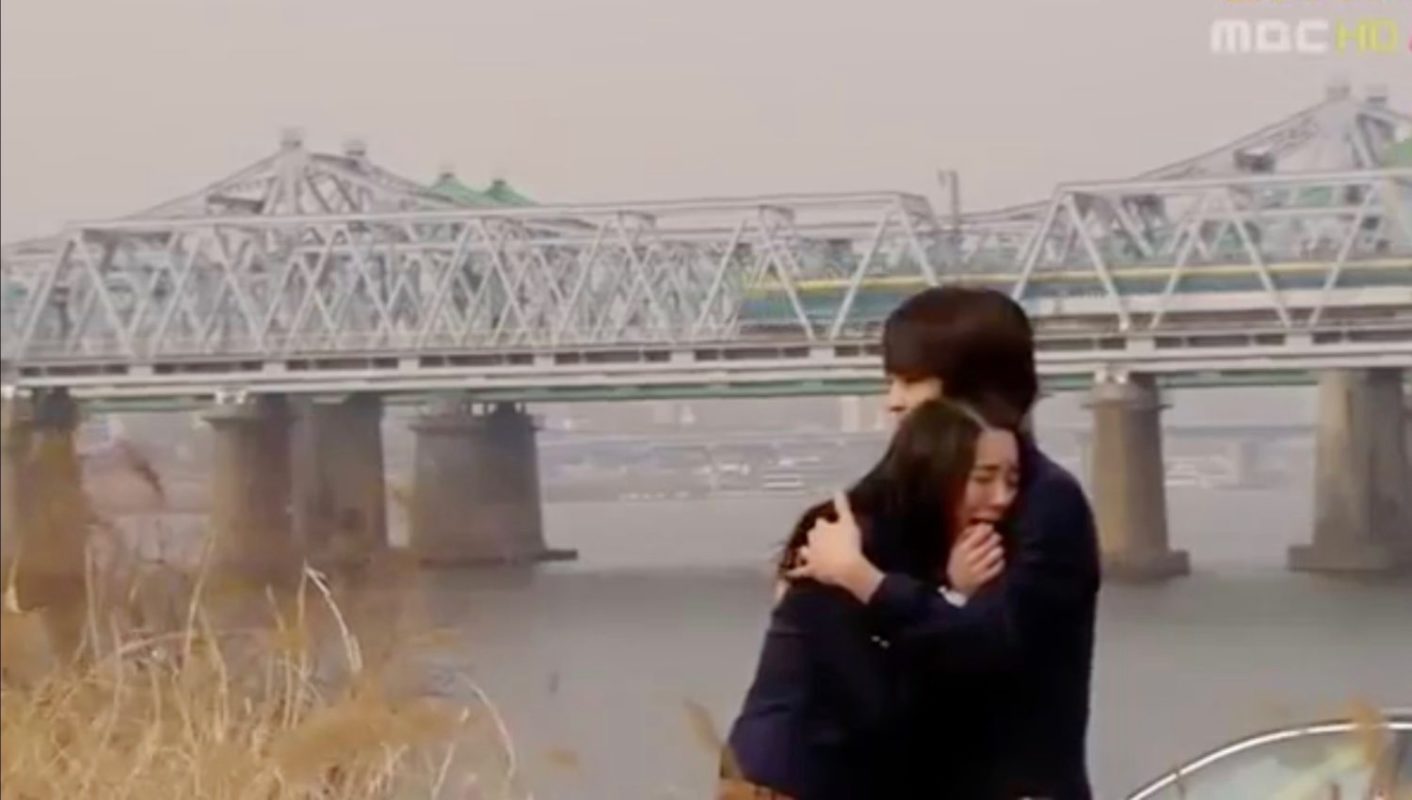 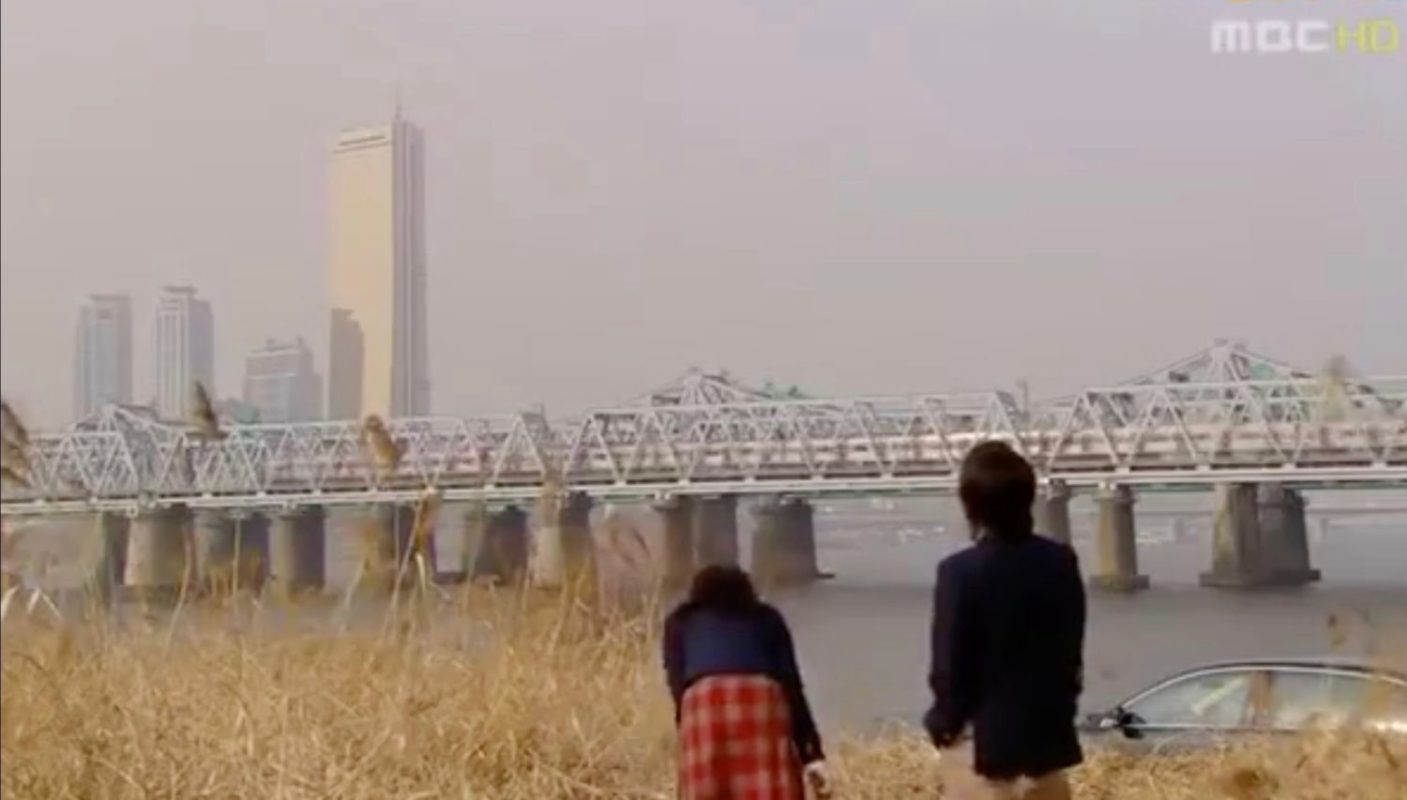 Park Jae-hoon (Choi Si-won) jogs along the Han River in this park between Hangang Railway Bridge and and Hangang Bridge in episode 1 of Love Is for Suckers/Icy Cold Romance (얼어죽을 연애따위) (ENA, 2022). In the evening in the same episode, chef John Jang (Park Yeon-woo) and PD Goo Yeo-reum (Lee Da-hee) drive to the car park of this park and he lets her know that he didn’t fall for her.

After running into each other at the overpass leading to this park, On Ma-eum (Kim Se-jeong) and assistant cartoonist Im Dong-hee (Baek Suk-kwang) sit down on a beach close to this park’s wetland [이촌한강 논습지] in episode 7 of Today’s Webtoon (Oneurui weptun/오늘의 웹툰) (SBS, 2022) for a talk.

Koo Hyun-mo (Oh Ji-ho) comes to the very far end of this park at the North end section of Banpo Bridge with his son Koo Chan-sung (Kim Kang-hoon) in 1989 in episode 1 of Hotel Del Luna (호텔 델루나) (tvN, 2019) at night apologizing that he has no birthday present for him. When Hyun-mo picks up money that a passerby just had lost and wants to keep it, Chan-sung insists to give it back. A little later, God Mago (Seo Yi-sook) —disguised as a women selling white lilies— approaches them and while Chung-sung is favorable to buy a flower, his fathers dismisses it.

The episode ‘Can you fly by using balloons?’ of Director Ma Dong-chan’s (Ji Chang-wook) variety show Infinite Experiment Paradise in which Ko Mi-ran (Won Jin-A) appears as guinea pig suspended on multiple balloons was filmed at this park as seen in episode 1 of Melting Me Softly/Let Me Melt (날 녹여주오) (tvN, 2019).

Prince Lee Yul (Kim Jeong-hoon) brings Crown Princess Shin Chae-kyung (Yoon Eun-hye) to the very far western end of this park in episode 14 of Goong/Princess Hours (궁) (MBC, 2006) when they play hooky and when train crosses the Hangang Railway Bridge [한강철교] they both scream at the top of their lungs before she breaks down and cries.

Ichon Hangang Park [이촌 한강공원] is a park located on a 10.2km stretch along the Han River between Hangang Railway Bridge [한강철교] and Dongjak Bridge [동작대교] across Seoul’s neighborhoods Ichon [Ichon-dong/이촌동] and Seobinggo [Seobinggo-dong/서빙고동], in the Yongsan District [Yongsan-gu/용산구]. Apart from other amenities such as a soccer field, basketball, volleyball and tennis courts, the park also “has an inline skating center built in 1998 for international competitions.”

Habaek’s castle in Bride of the Water God is situated at the very far east end of this park at the North end section of Banpo Bridge [반포대교]. It seems that officially this part is not even counted as part of the park; neither does it carry another name. Banpo Hangang Park [반포한강공원] is located just vis-à-vis on the other side of the Hangang River.

The park itself is part of the larger Hangang Park [한강공원] system, which is made up of 12 parks in total, built between 1982 and 1986. It also consists of Gwangnaru Park, Jamsil Park, Ttukseom Park, Jamwon Park, Yanghwa Park, Banpo Park, Mangwon Park, Yeouido Park, Nanji Park, Gangseo Park, and Seonyudo Park. Since 2007, Hangang Park has been gradually redeveloped under the ‘Hangang Renaissance Project‘ (한강르네상스 사업), with an intended completion in 2030.